Legend of the Galactic Heroes: Die Neue These Episode #23 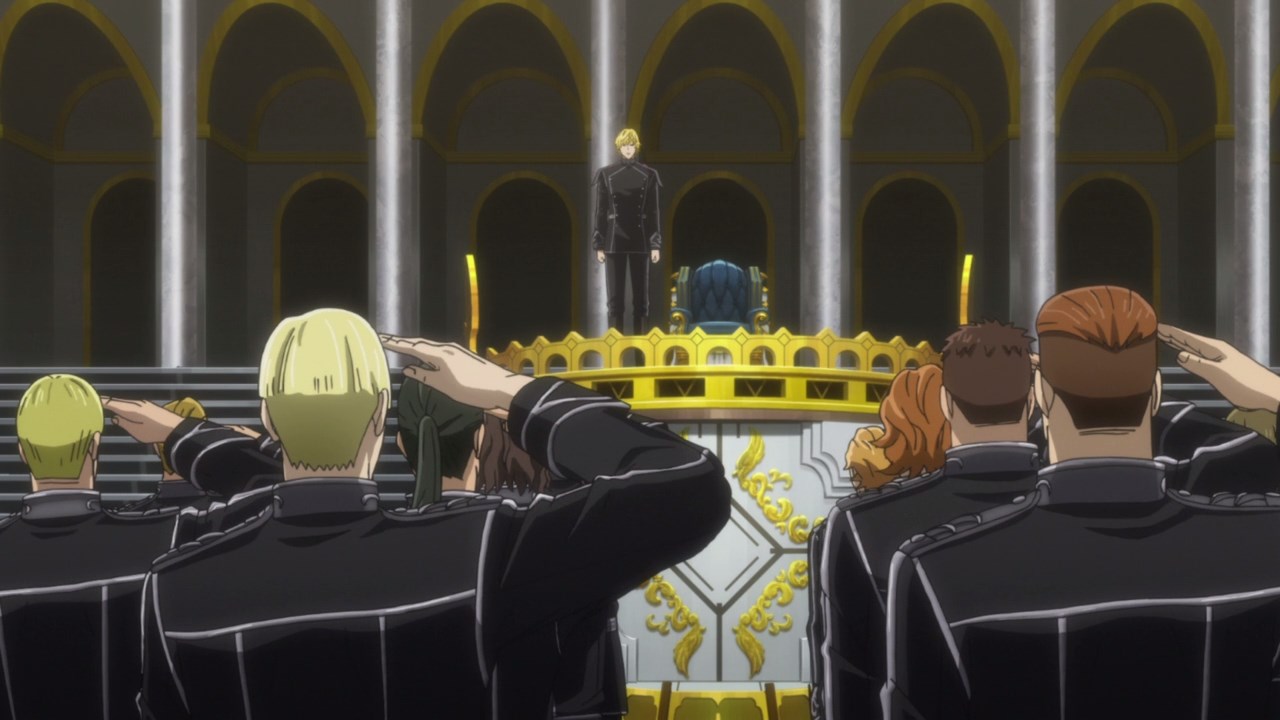 This is the day Marquis Reinhard von Lohengramm and his allies have arrived in Geiersburg Fortress as victors of the Lippstadt War. Of course, he would spare some war criminals in exchange for serving under the marquis. 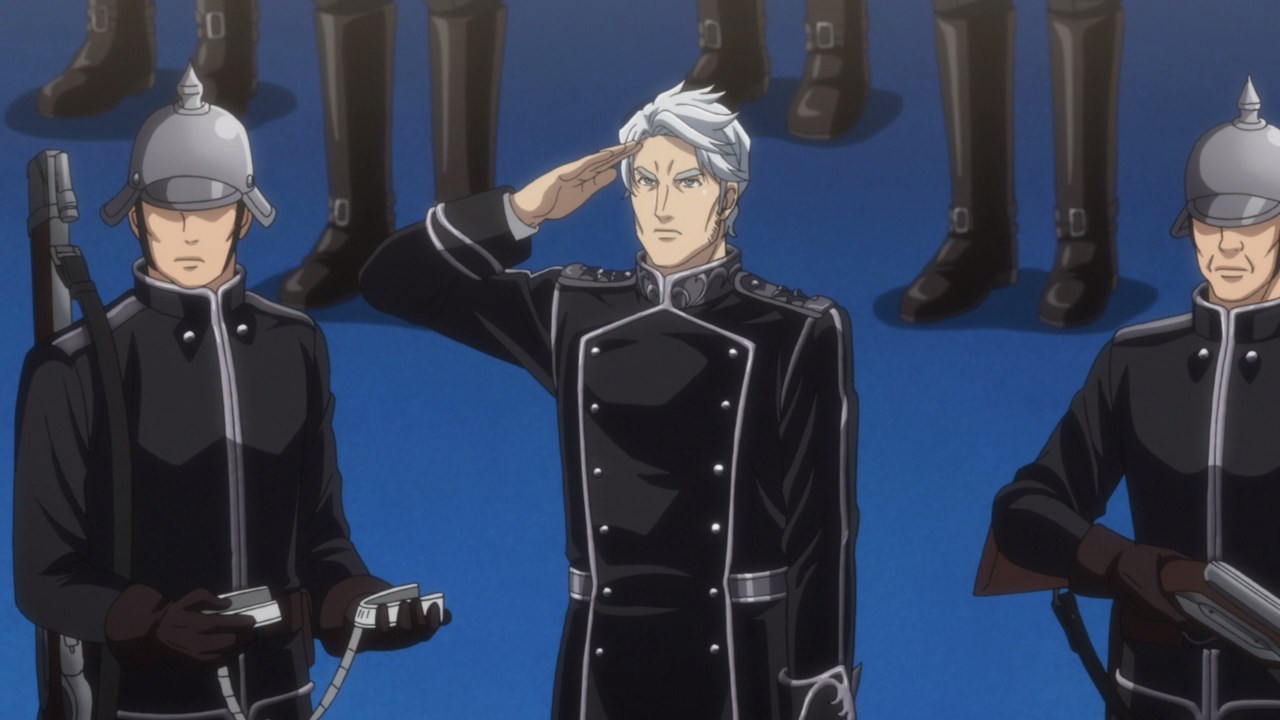 This includes Vice-Admiral Adalbert von Fahrenheit in which he swears loyalty towards Marquis Lohengramm. I have to say that the marquis has some compassion towards his enemies. 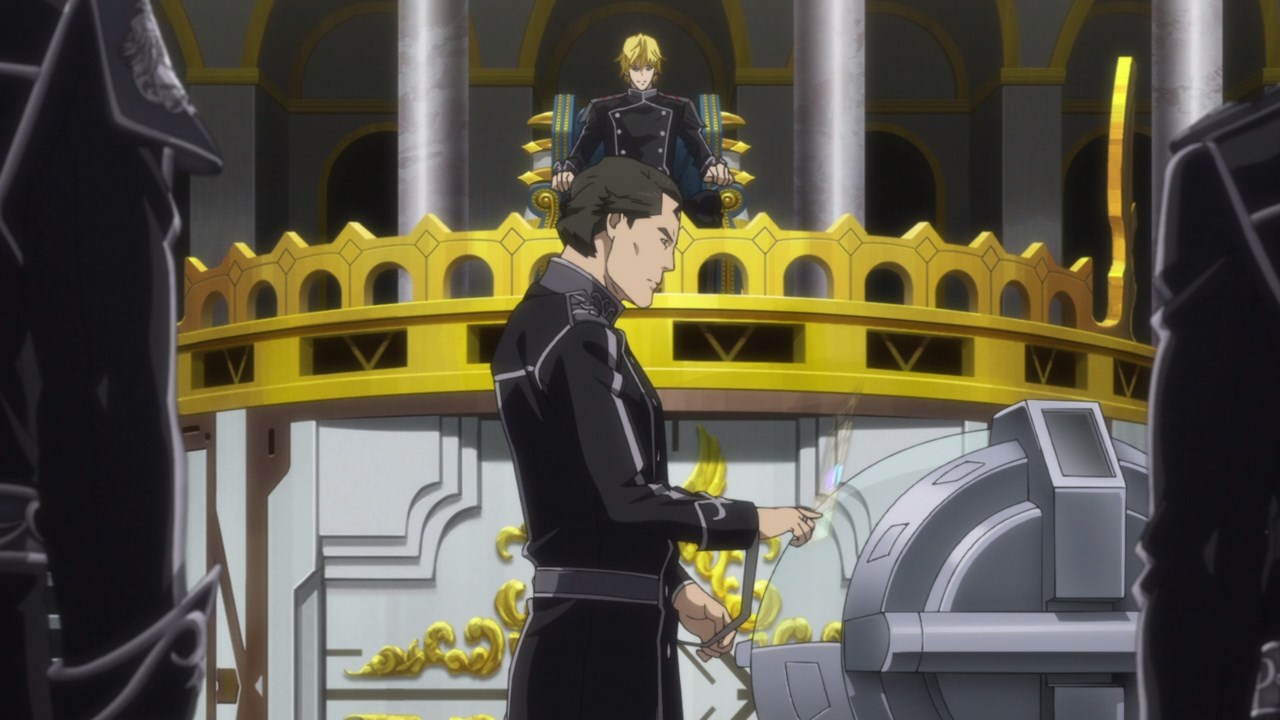 On the other hand, there’s Commodore Ansbach as he presents the corpse of Duke Otho von Braunschweig to Marquis Reinhard von Lohengramm. 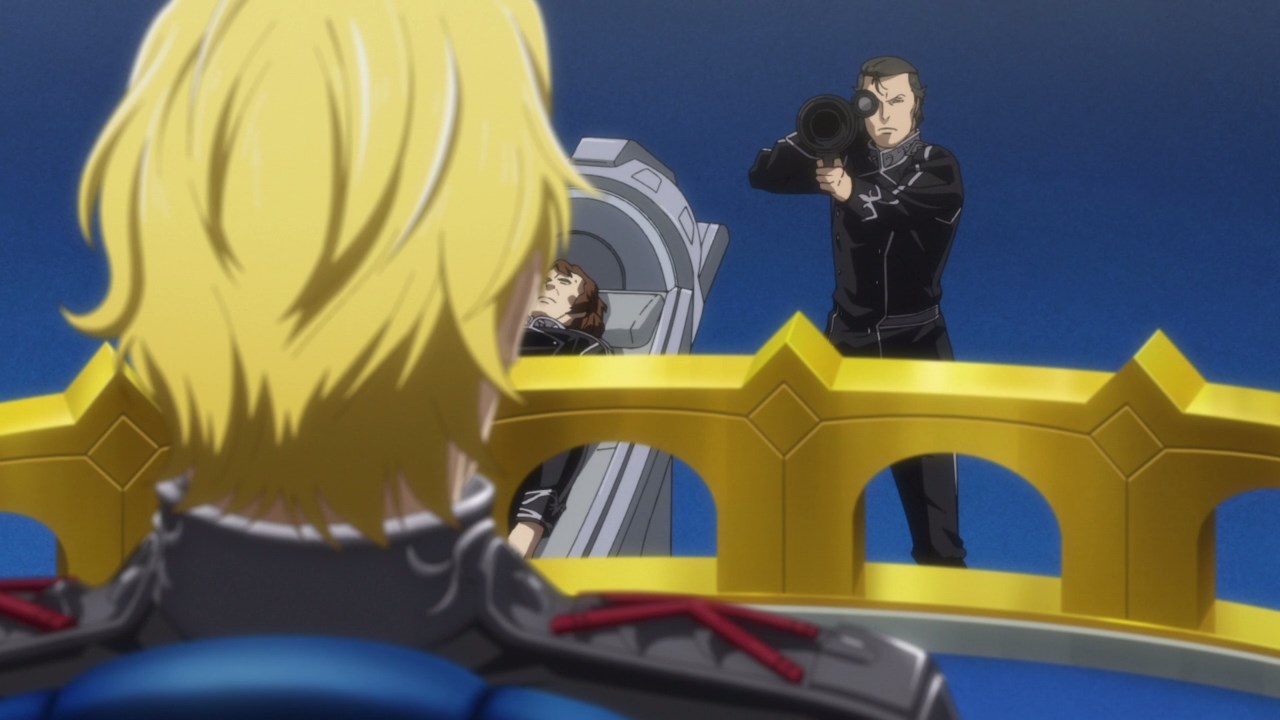 But once he opened the coffin, Commodore Ansbach pulled out a bazooka as he plans to kill the marquis.

Okay, it appears that the security personnel didn’t check everyone who has a weapon, especially when it’s hidden inside the duke’s coffin. Then again, the supporters of the late duke wanted Reinhard von Lohengramm dead. 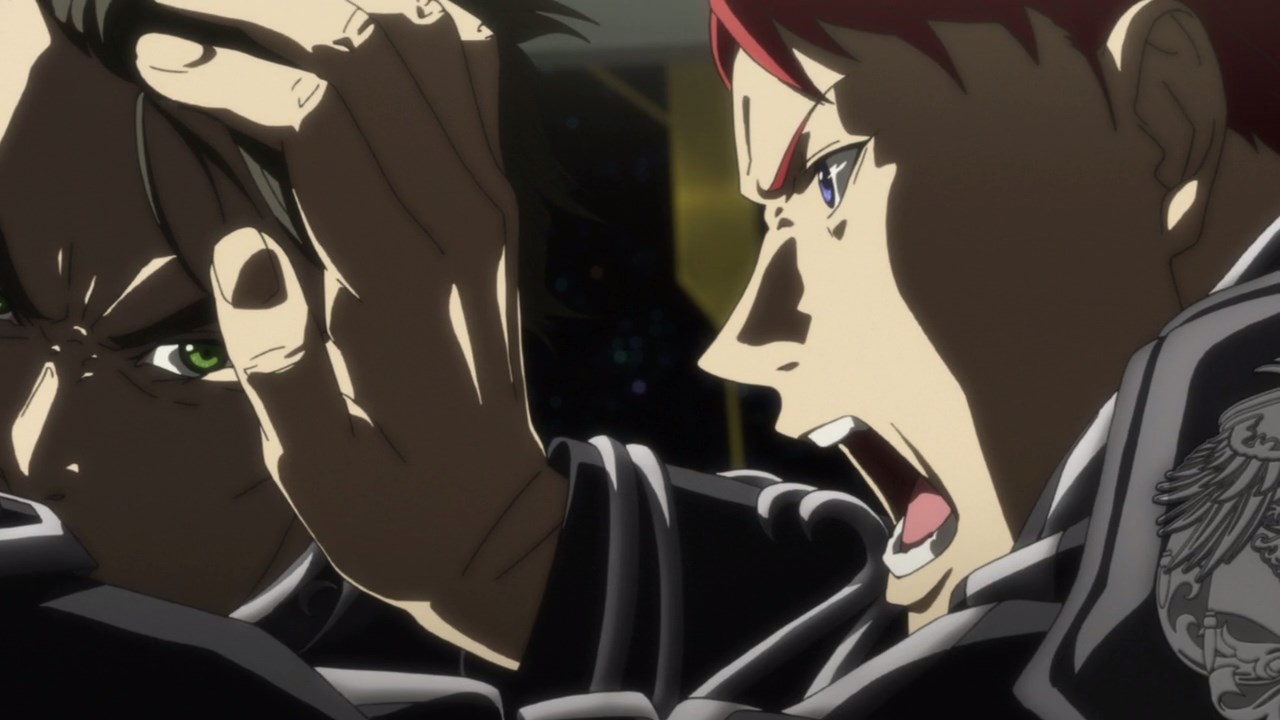 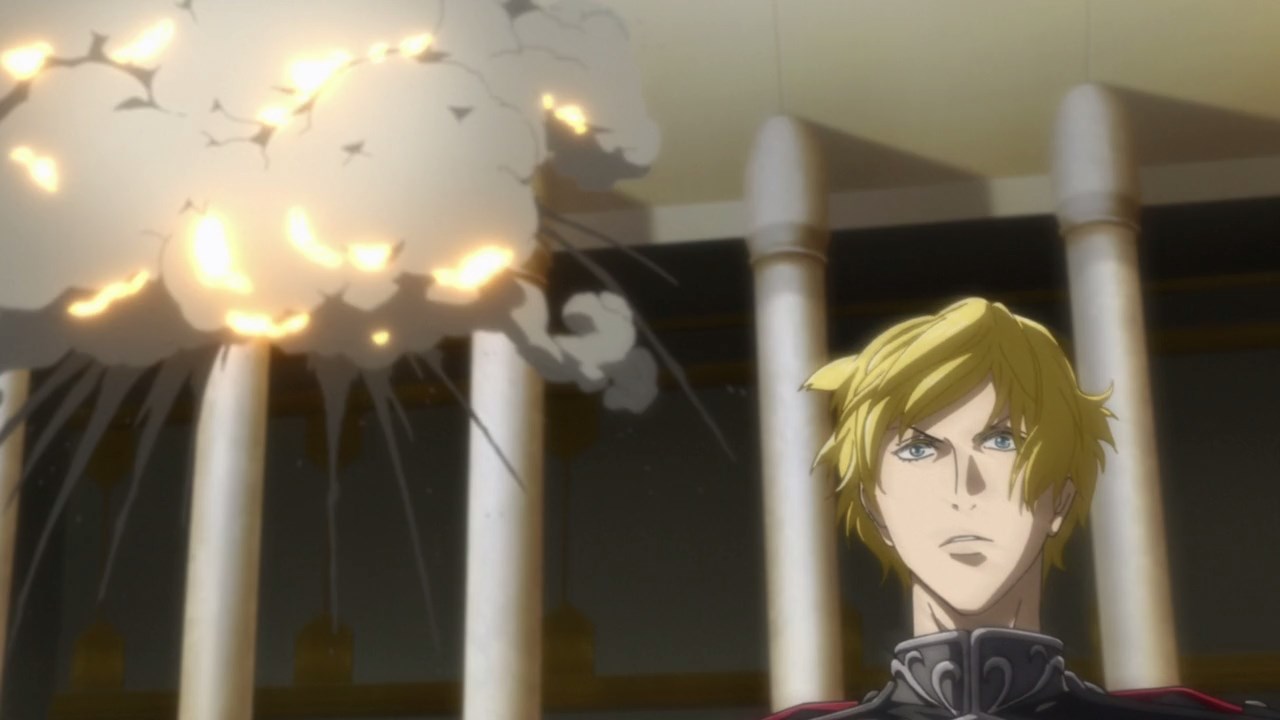 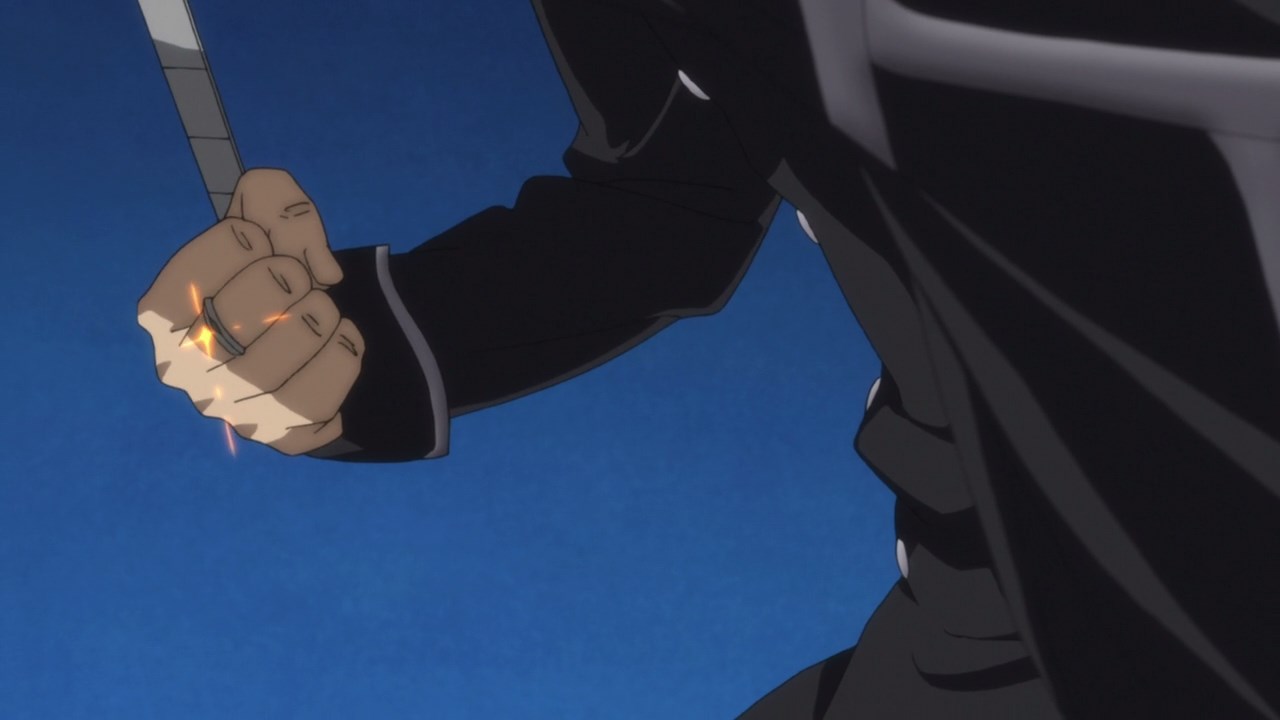 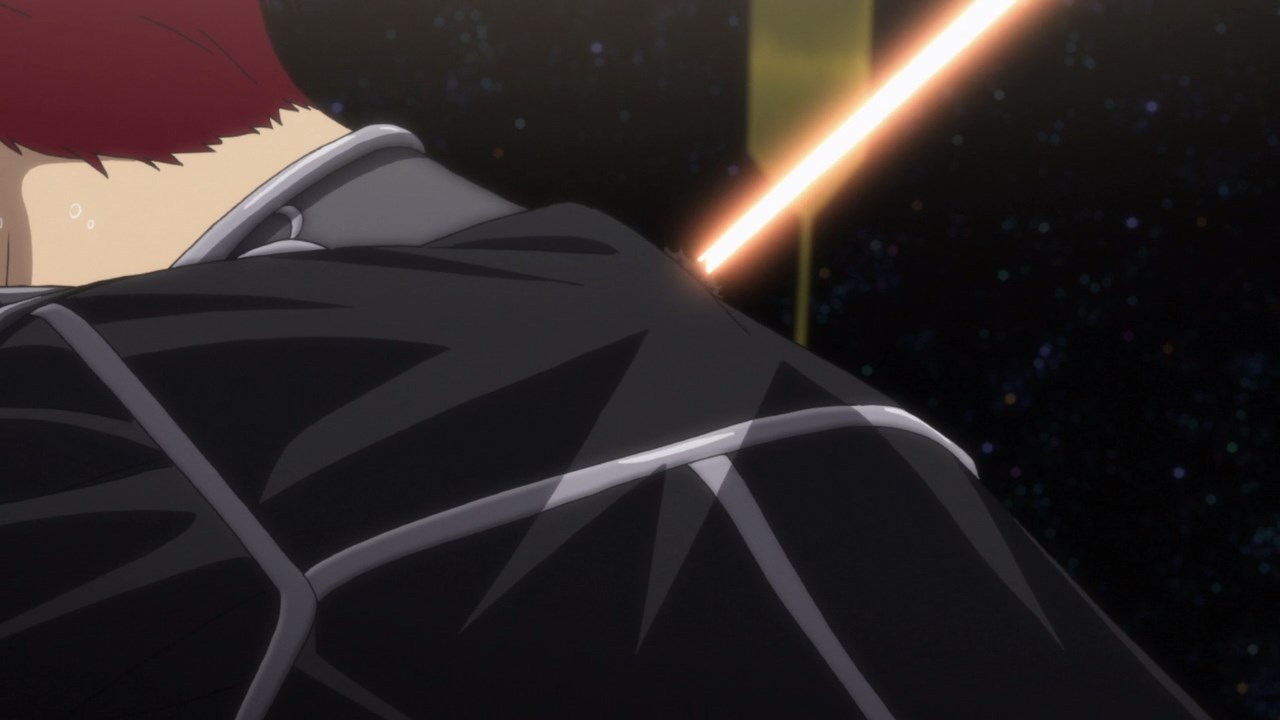 However, the commodore has another trick up his sleeve as he fired a laser from his ring, which proved to be fatal for the high admiral. 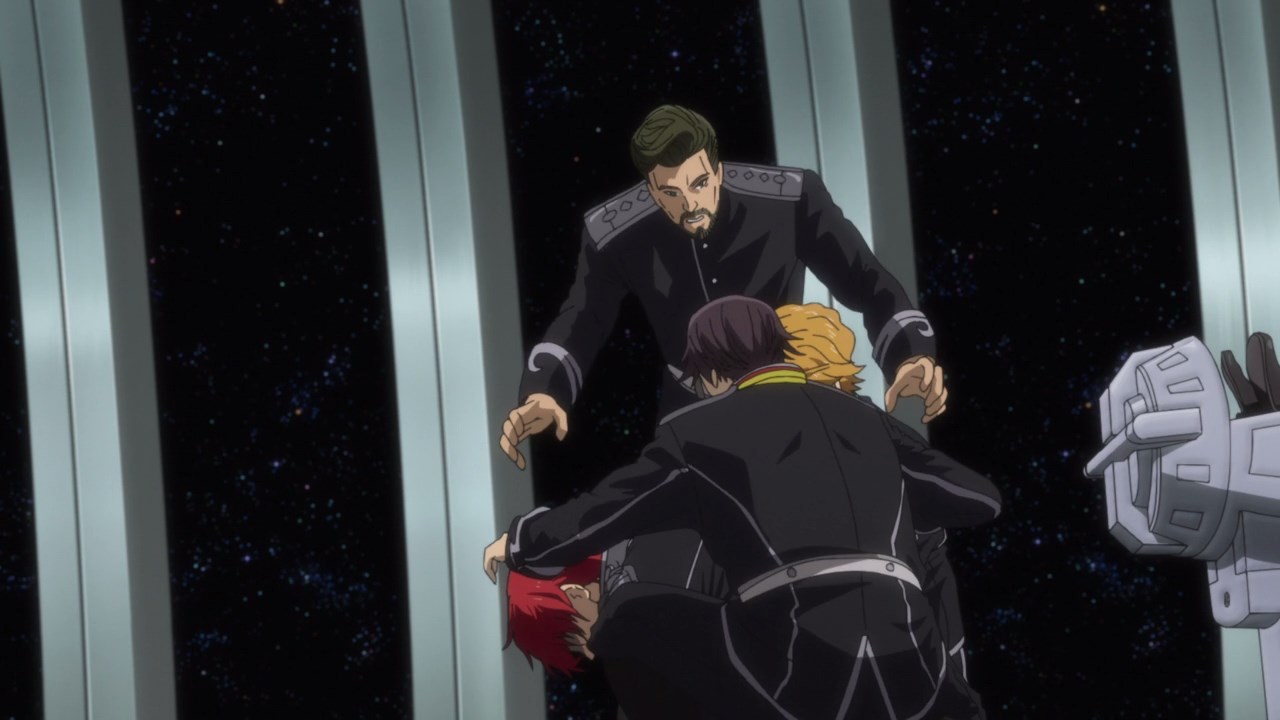 With that said, the commanding officers managed to apprehend Commodore Ansbach, all while they try to give first aid to High Admiral Kircheis before the doctor arrive. 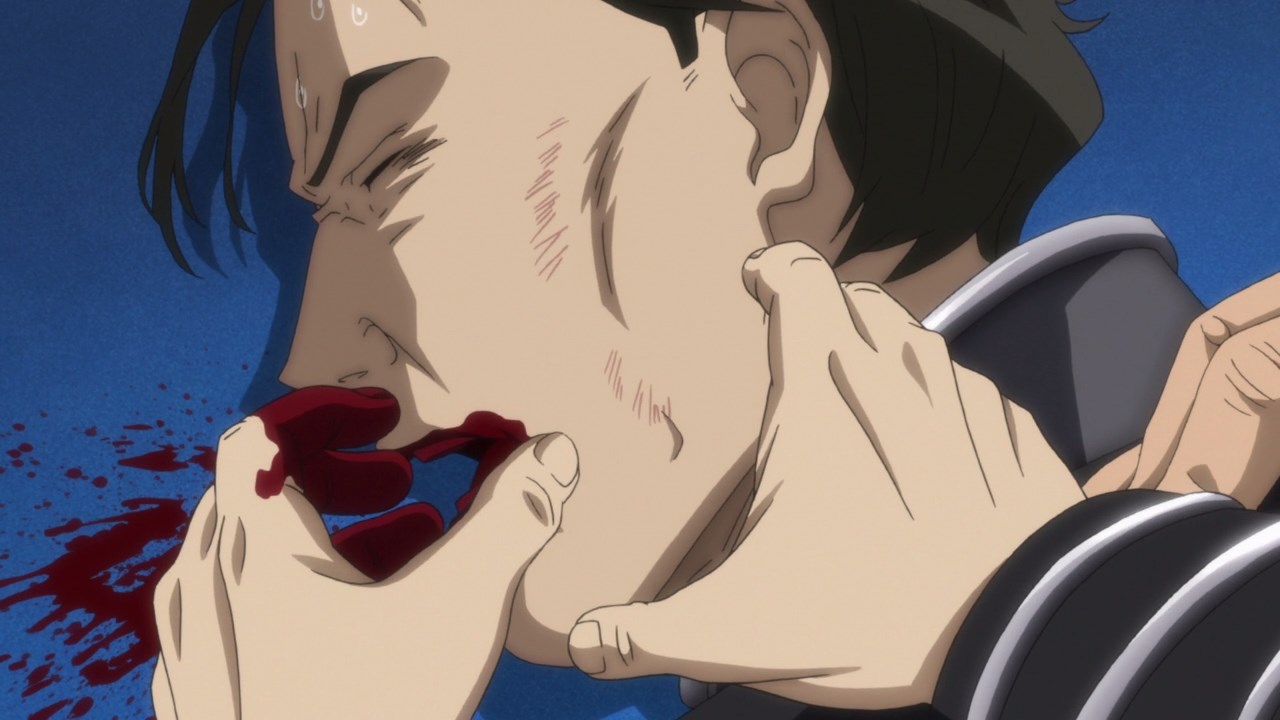 But speaking of Commodore Ansbach, it appears that he ingested a cyanide pill and died. Now the only thing I’m worried about his Siegfried Kircheis’ life. 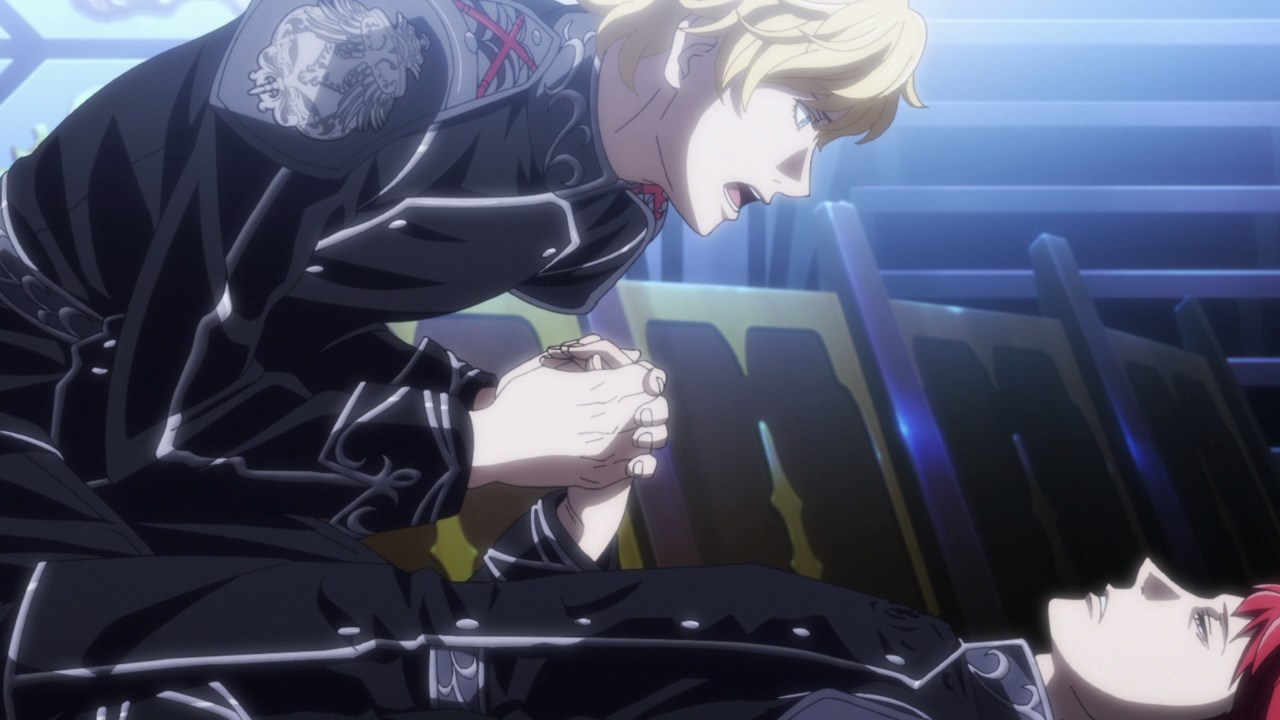 Sadly, it appears that the high admiral couldn’t make it as he told Reinhard von Lohengramm to conquer the universe for his sake as well as Annerose von Grünewald.

Of course, Reinhard won’t accept Kircheis’ death as the marquis wants him by his side. 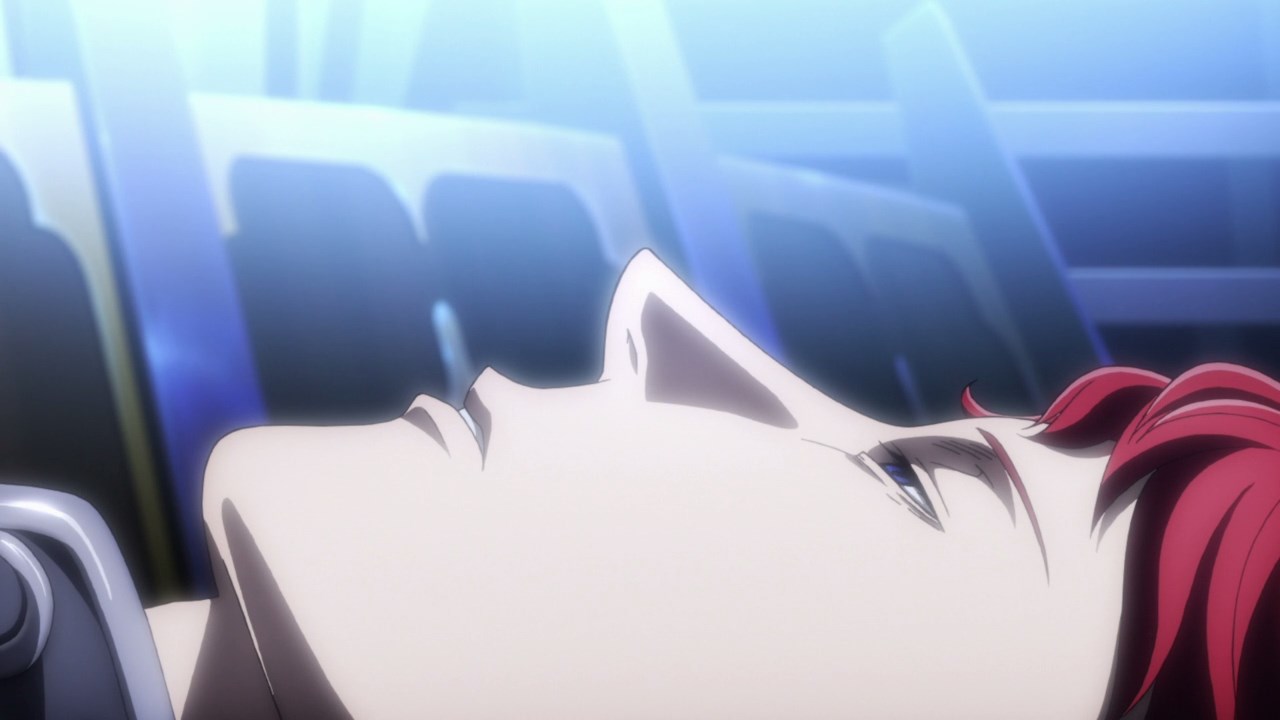 This is the most tragic event that happened for the marquis as Siegfried Kircheis helped him to rise up and eradicate the remnants of the Goldenbaum Dynasty. 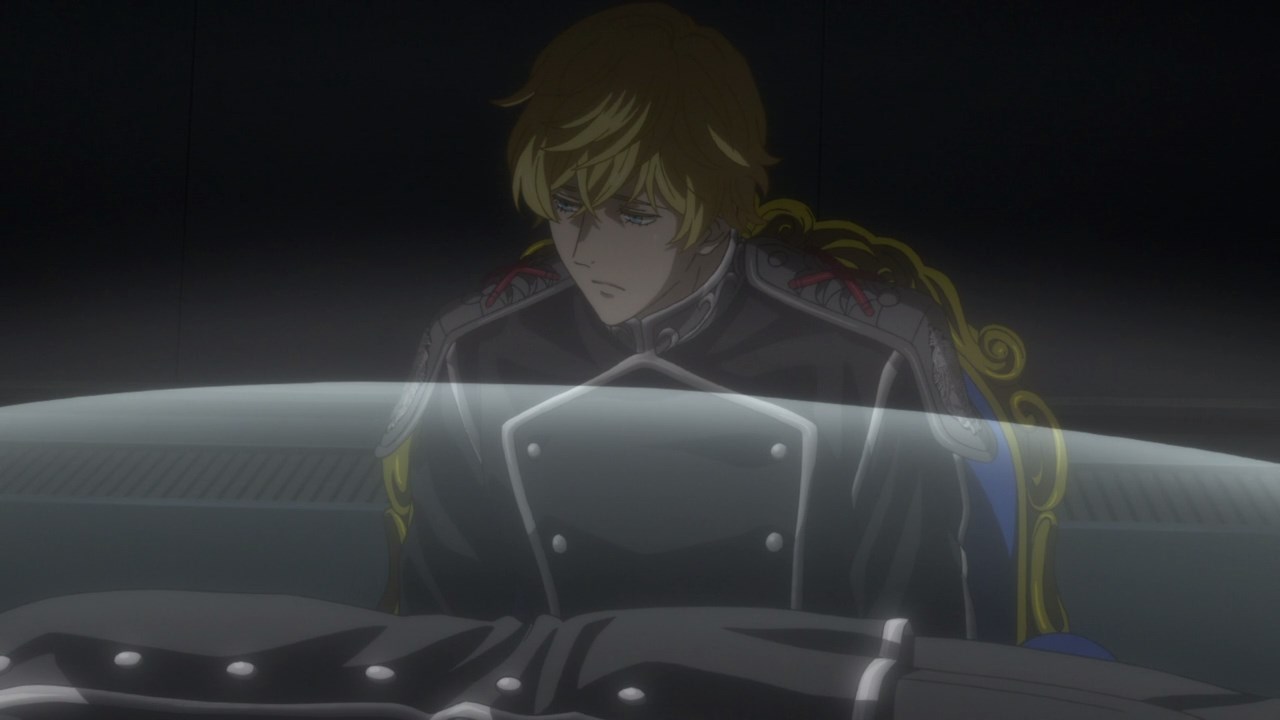 But, Marquis Reinhard von Lohengramm is still mourning towards Siegfried Kircheis as he can’t do anything without him. It would take a long time for him to recover this tragedy. 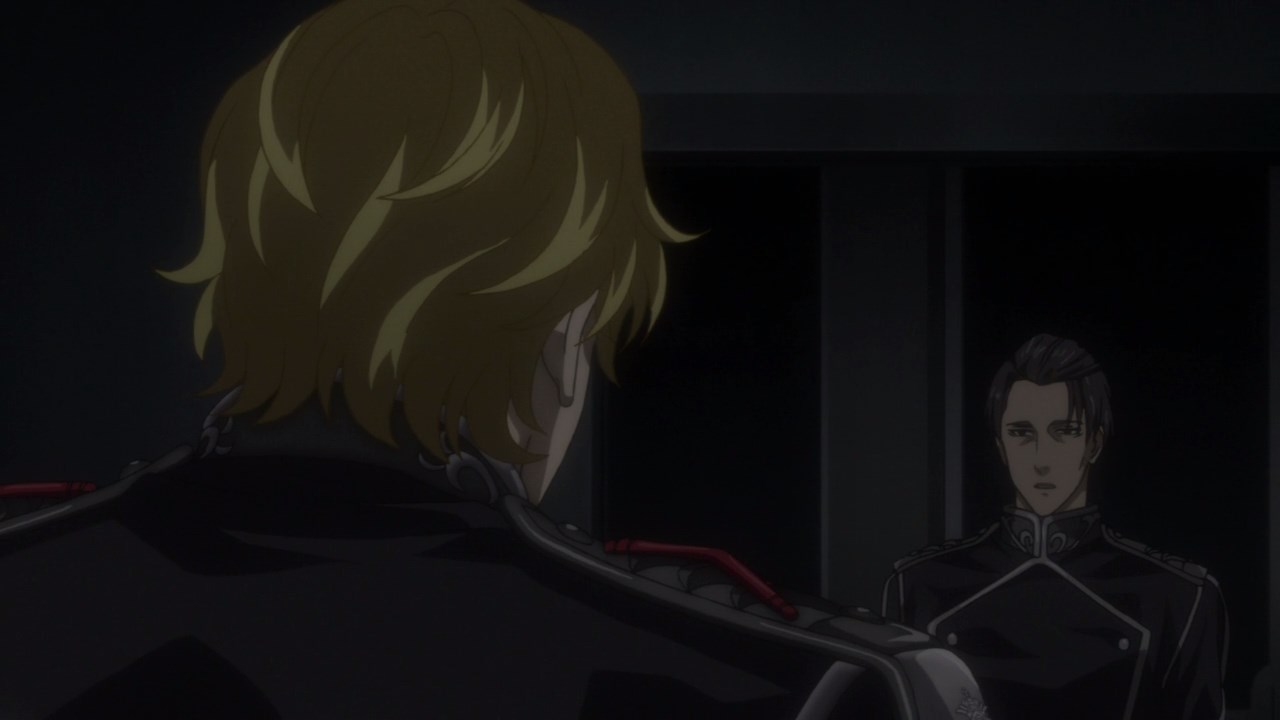 Of course, Paul von Oberstein snaps the marquis out of his depression as the vice-admiral told Marquis Lohengramm that he and his fellow officers went to Odin to do some unfinished business.

Also, Paul von Oberstein informed his sister Annerose that Siegfried Kircheis passed away, although Marquis Lohengramm is angry towards Vice-Admiral Oberstein about it. 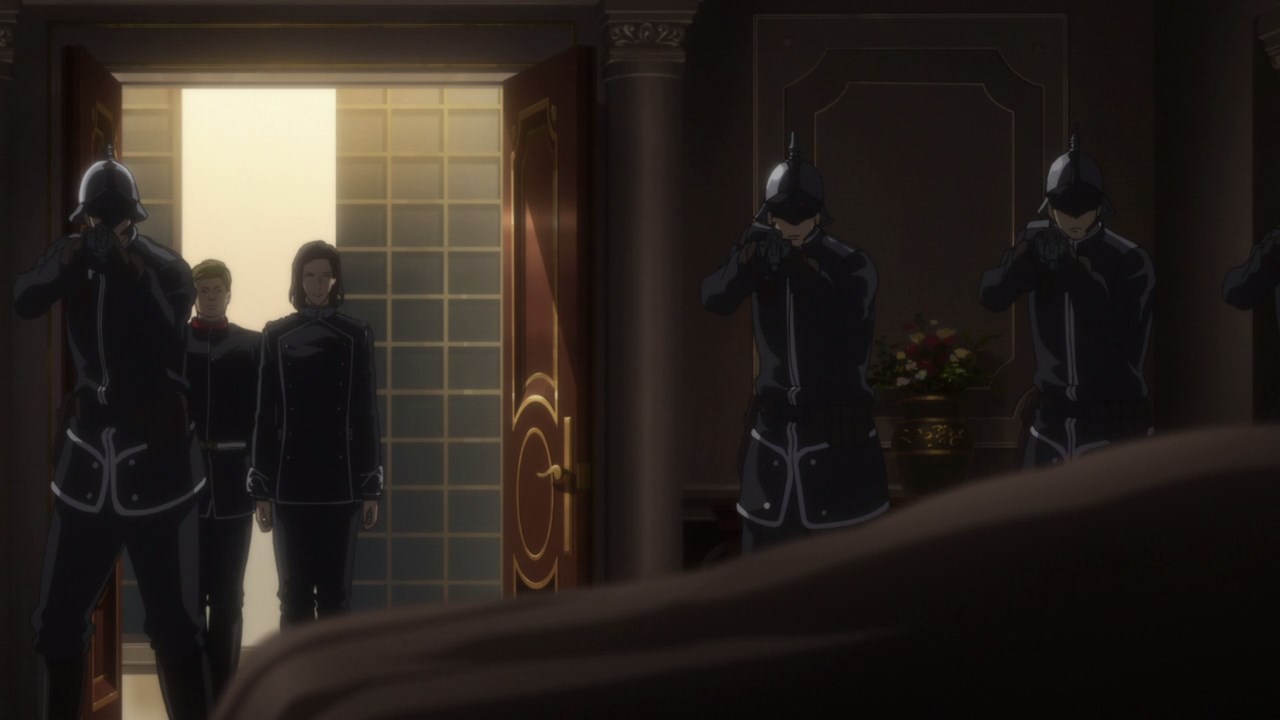 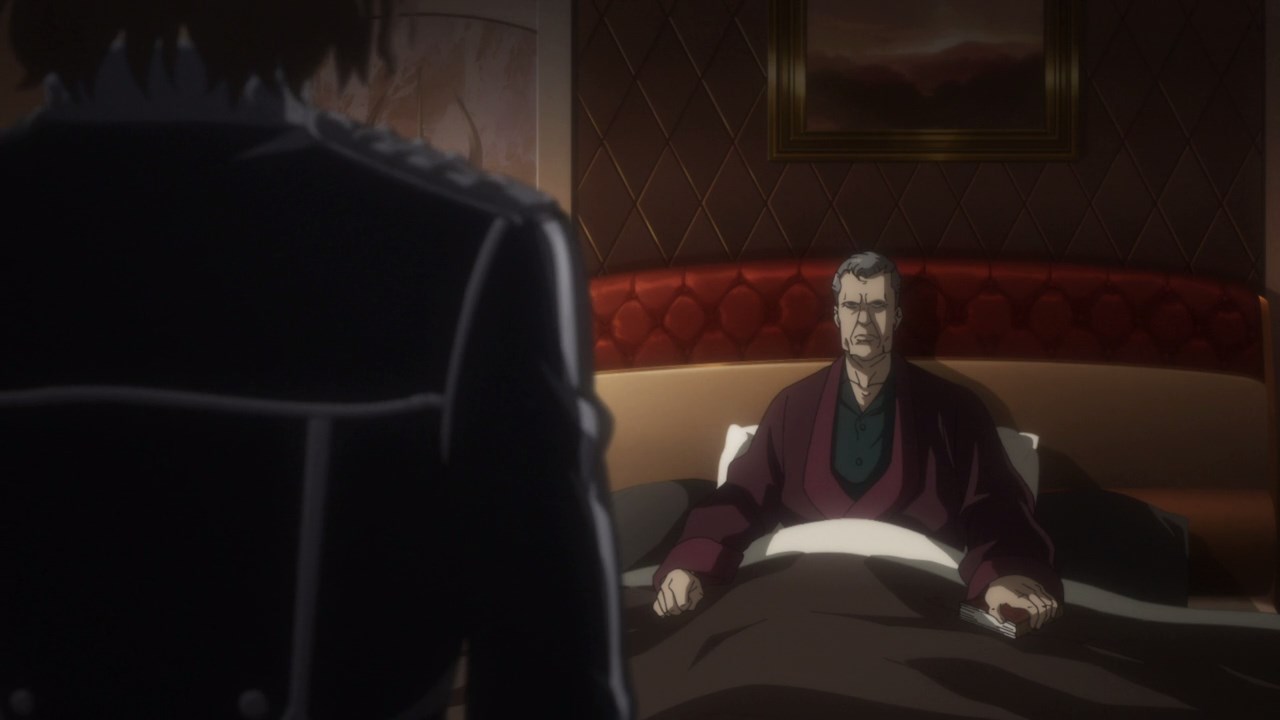 While Klaus von Lichtenlade won’t accept his arrest, it’s better to take out rivals in order for Reinhard von Lohengramm to lead the Galactic Empire. 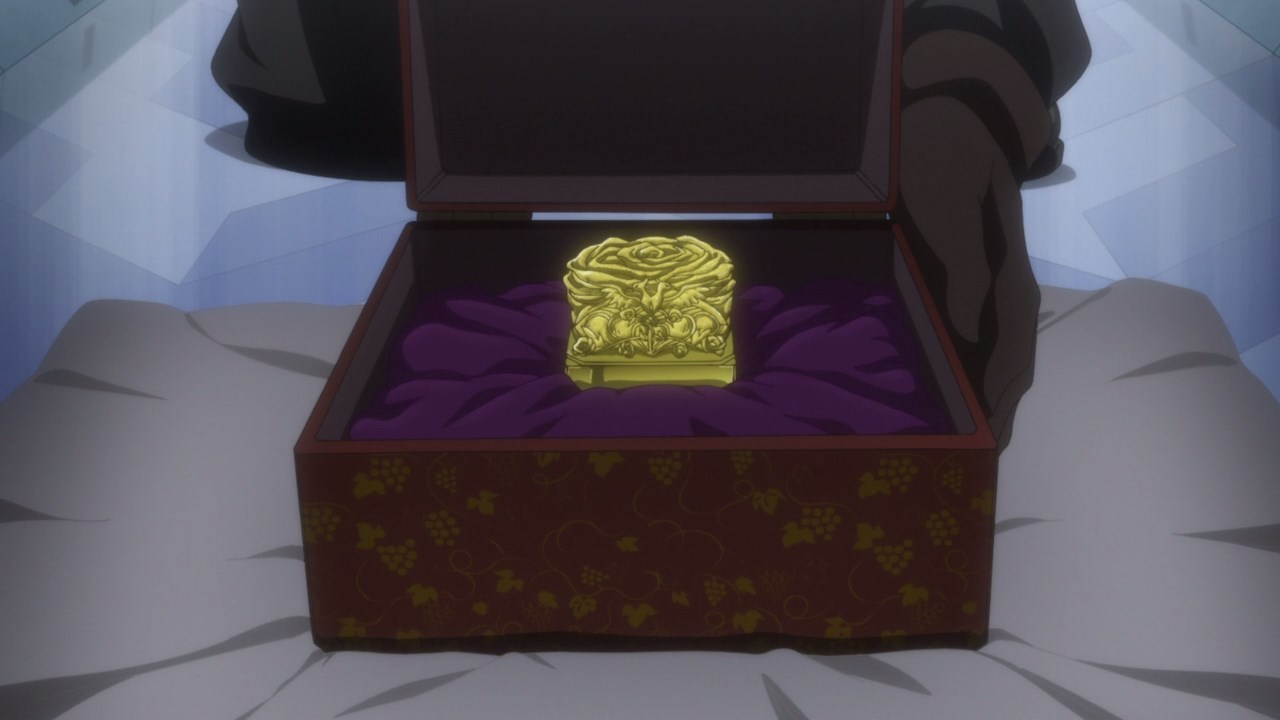 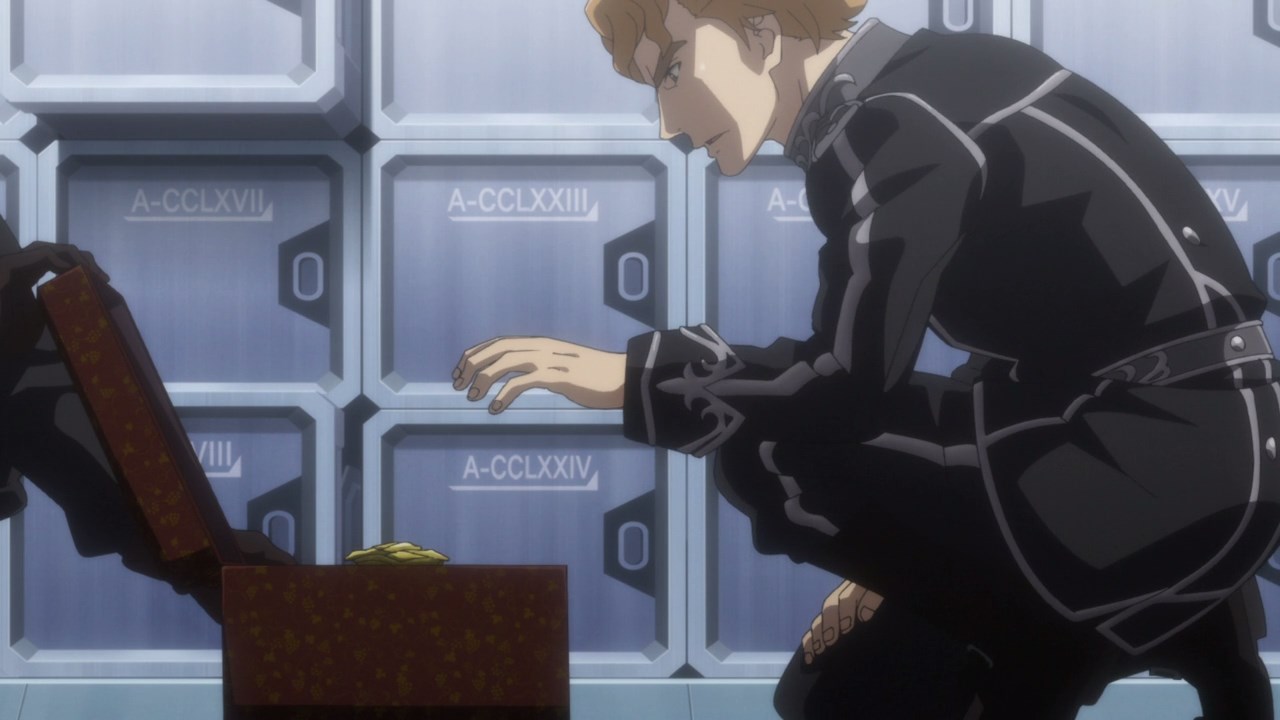 Also, Admiral Wolfgang Mittermeyer went to the imperial vault to steal the state seal, which would give more power to the marquis.

Well then, looks like the officers under Commander-in-Chief Lohengramm have finished removing Prime Minister Lichtenlade from power. Now the only thing left to do is for the marquis to return to Odin in triumph. 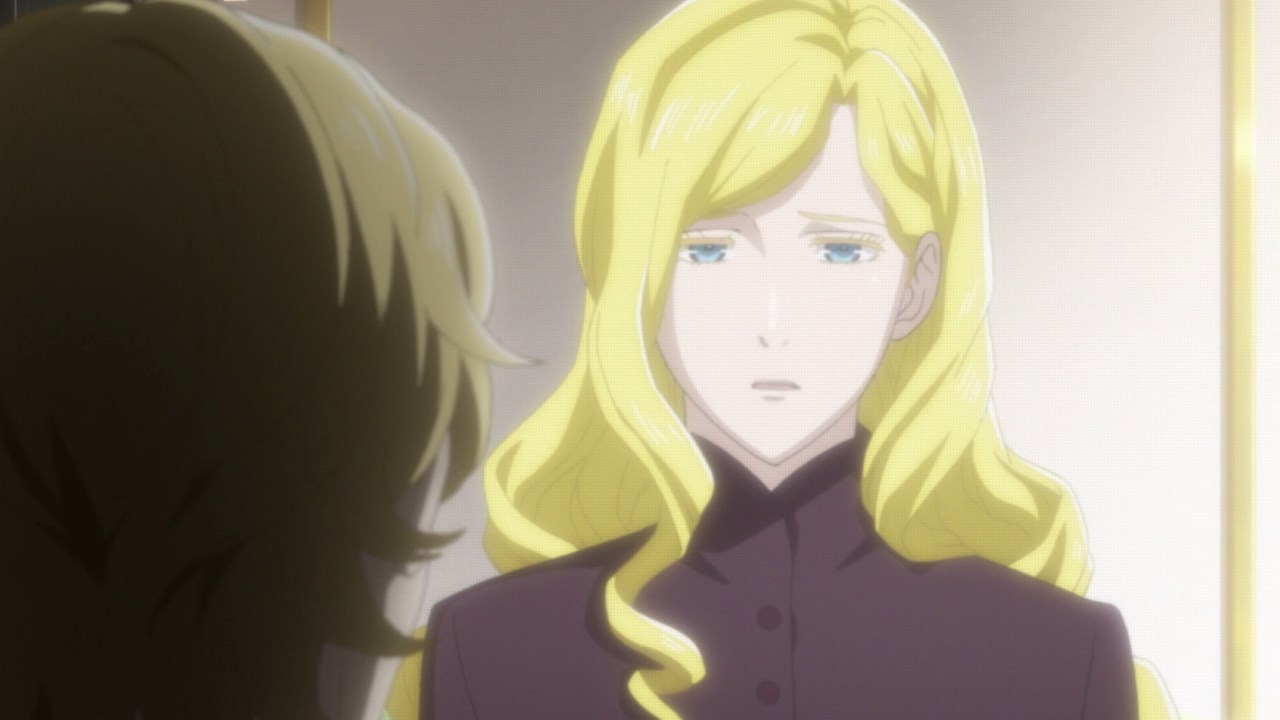 Unfortunately, Marquis Lohengramm has to talk to Annerose von Grünewald as Reinhard’s sister bid farewell to him. It seems that Annerose can’t stay with him anymore as they’re living different lives. 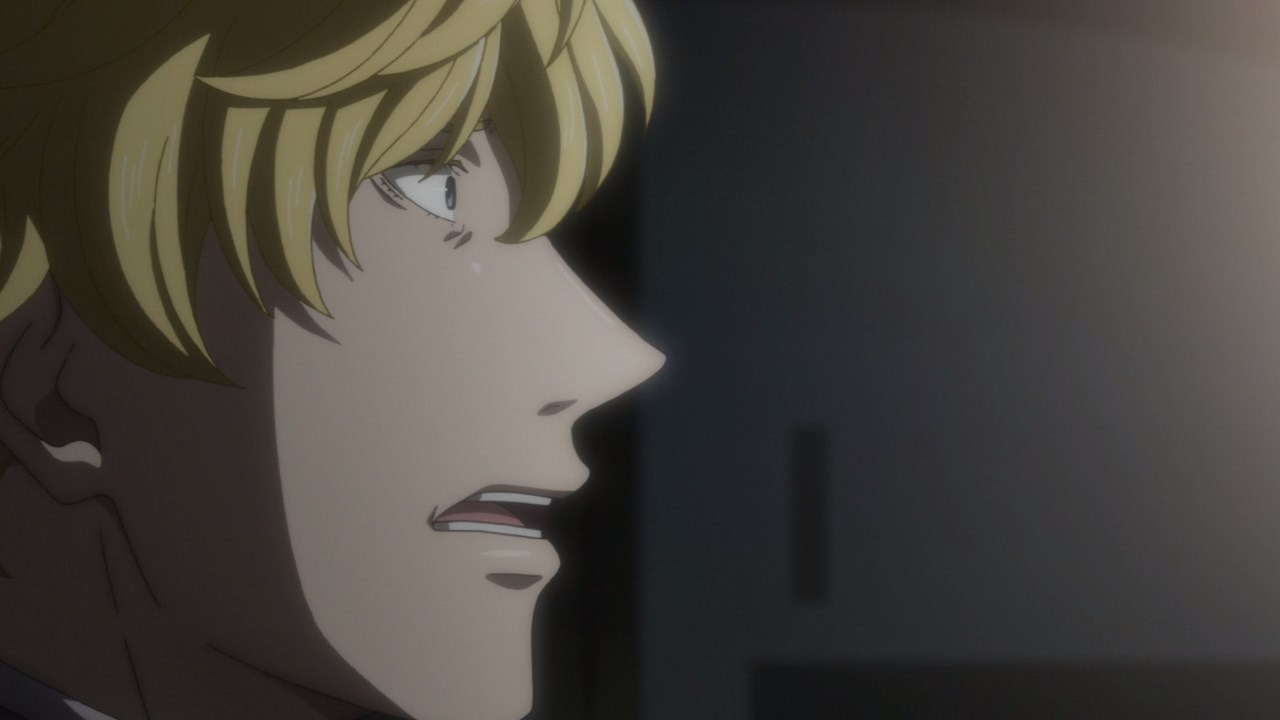 But that’s the last time Reinhard will see Annerose ever again as she’ll live peacefully somewhere far away from Odin, leaving the marquis all alone even though he’s surrounded by the likes of Oberstein.

One more thing, it appears that she has some feelings towards Siegfried Kircheis, although Annerose von Grünewald is saddened about his passing. 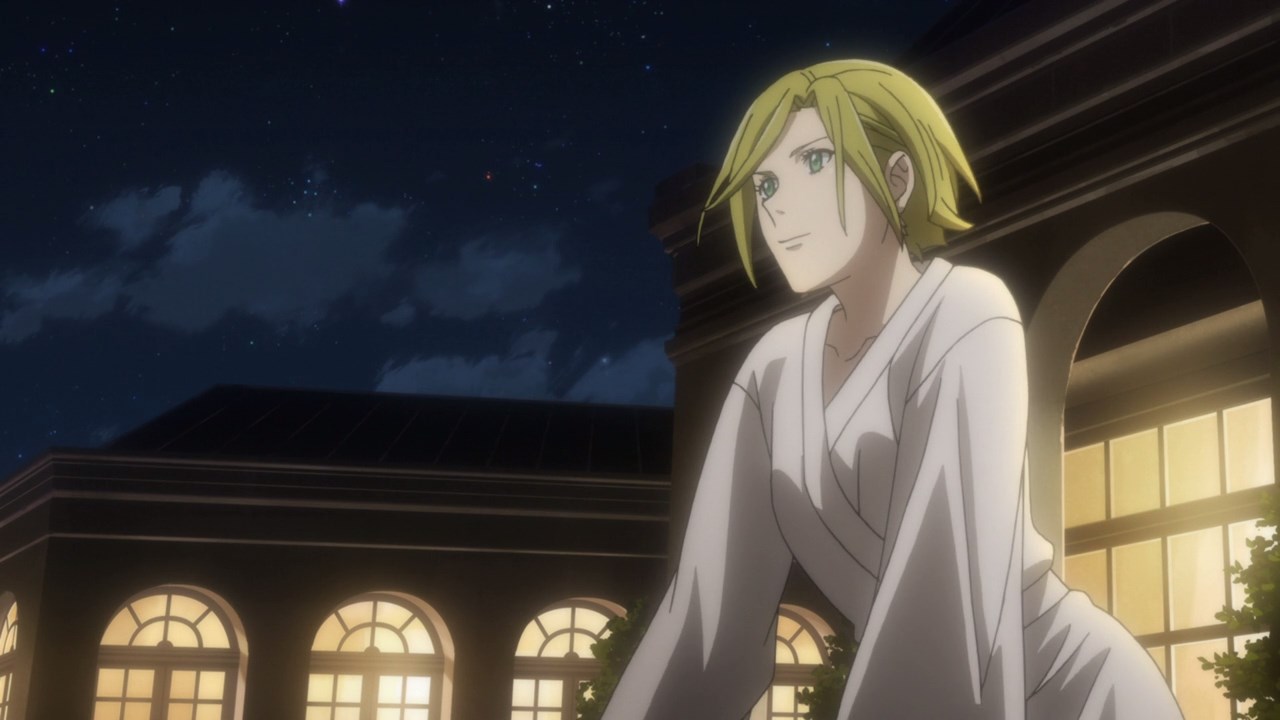 Anyways, let’s end this post with Hildegard von Mariendorf as she’s excited to see the new era unfolding within the Galactic Empire. However, it comes at a price as Marquis Reinhard von Lohengramm lost both Annerose von Grünewald and Siegfried Kircheis, leaving him all by himself.

Tune in next time for the final episode where I’ll wrap things up for the 2nd season of the Legend of the Galactic Heroes: Die Neue These.