Legend of the Galactic Heroes: Die Neue These Episode #24 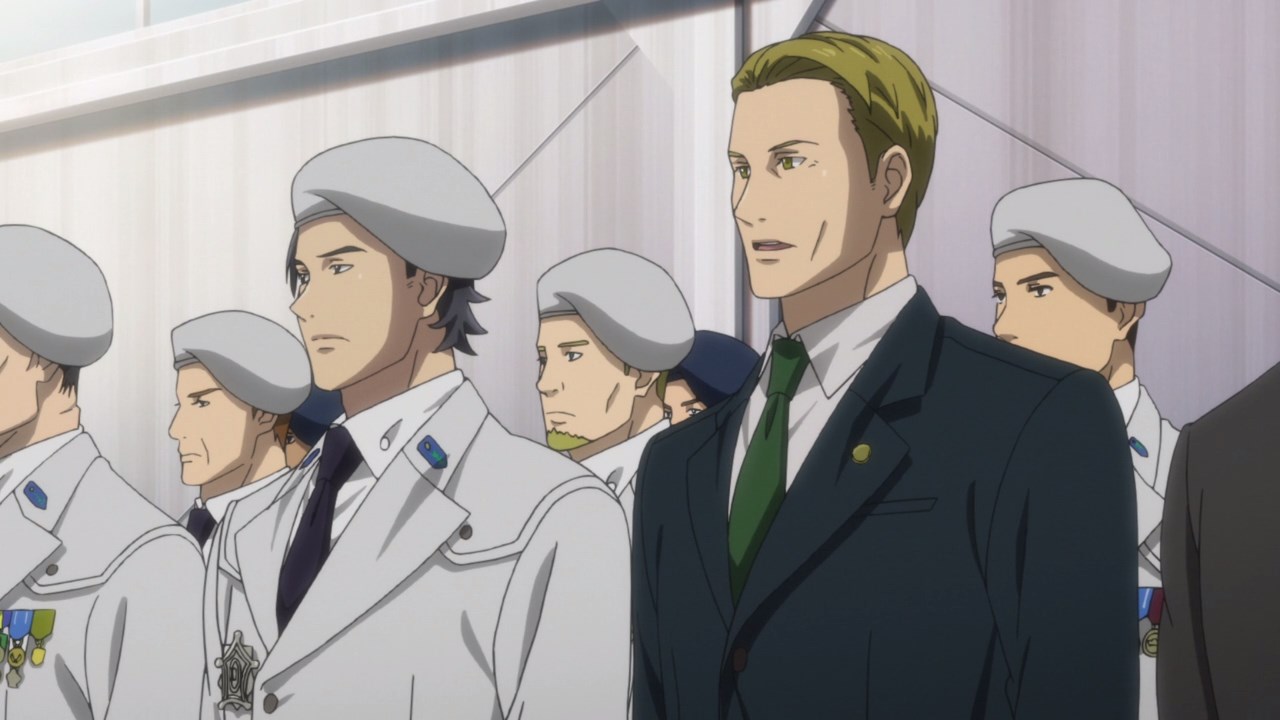 Well then, time to wrap things up with Season 2 as Chairman Job Trunicht is here to honor the heroes who thwarted the National Salvation Military Council.

Of course, I still can’t believe that this chairman is hanging out with the Earth Cult while the coup d’etat is underway in Heinessen. 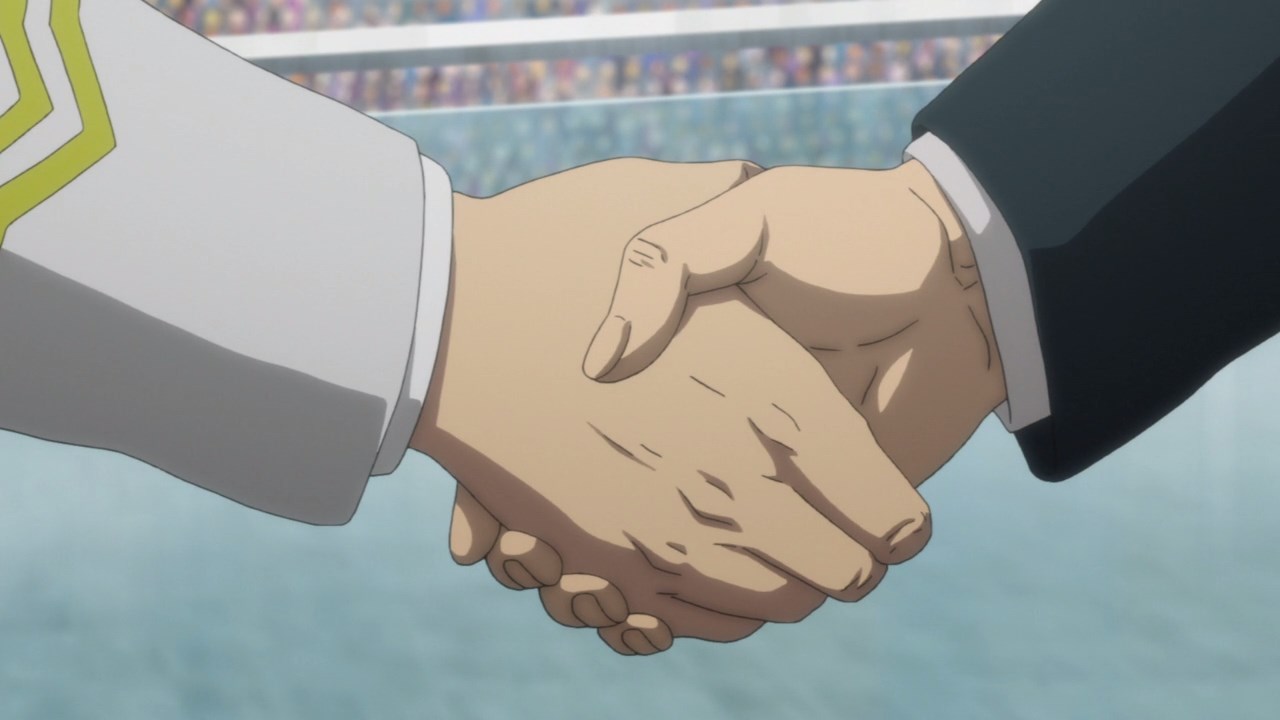 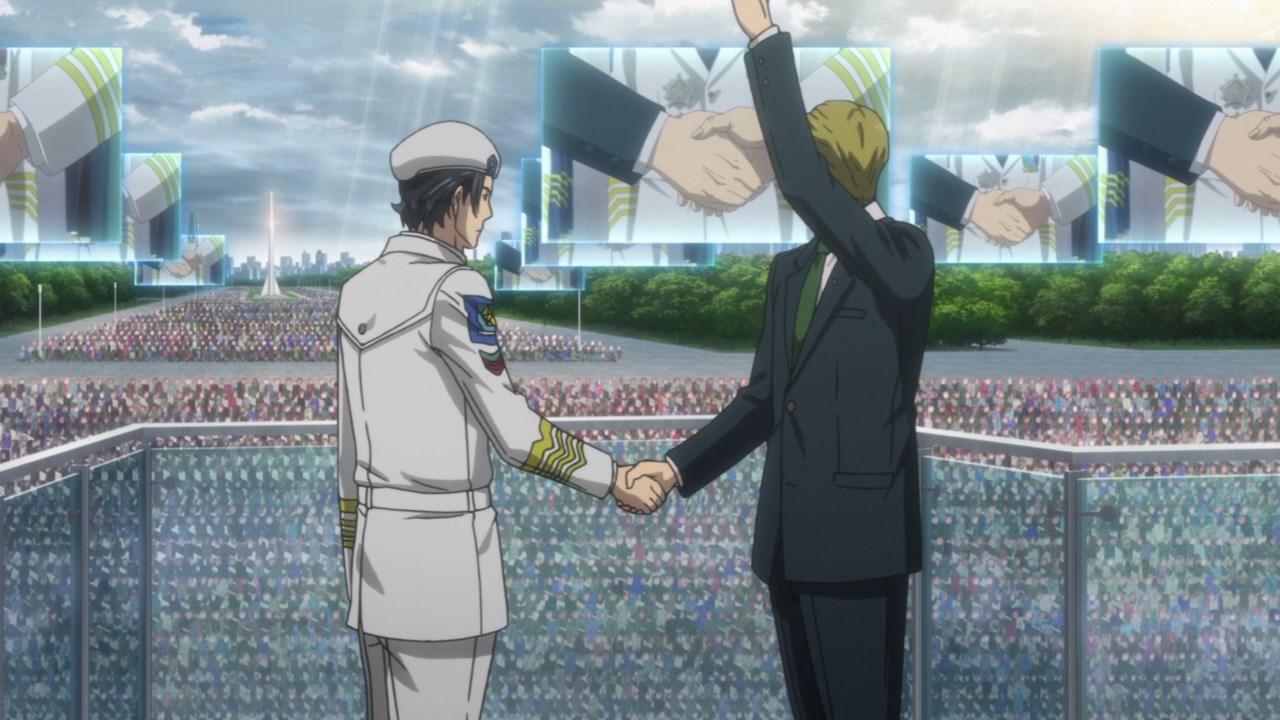 With that said, it’s time for a handshake because c’mon, the chairman wants to make a publicity stunt in front of everyone.

Then again, Admiral Yang Wen-li can’t stand with Job Trunicht as the chairman is rubbing him the wrong way, especially when it comes to politics. Of course, Admiral Yang will have to endure it until the ceremony is over. 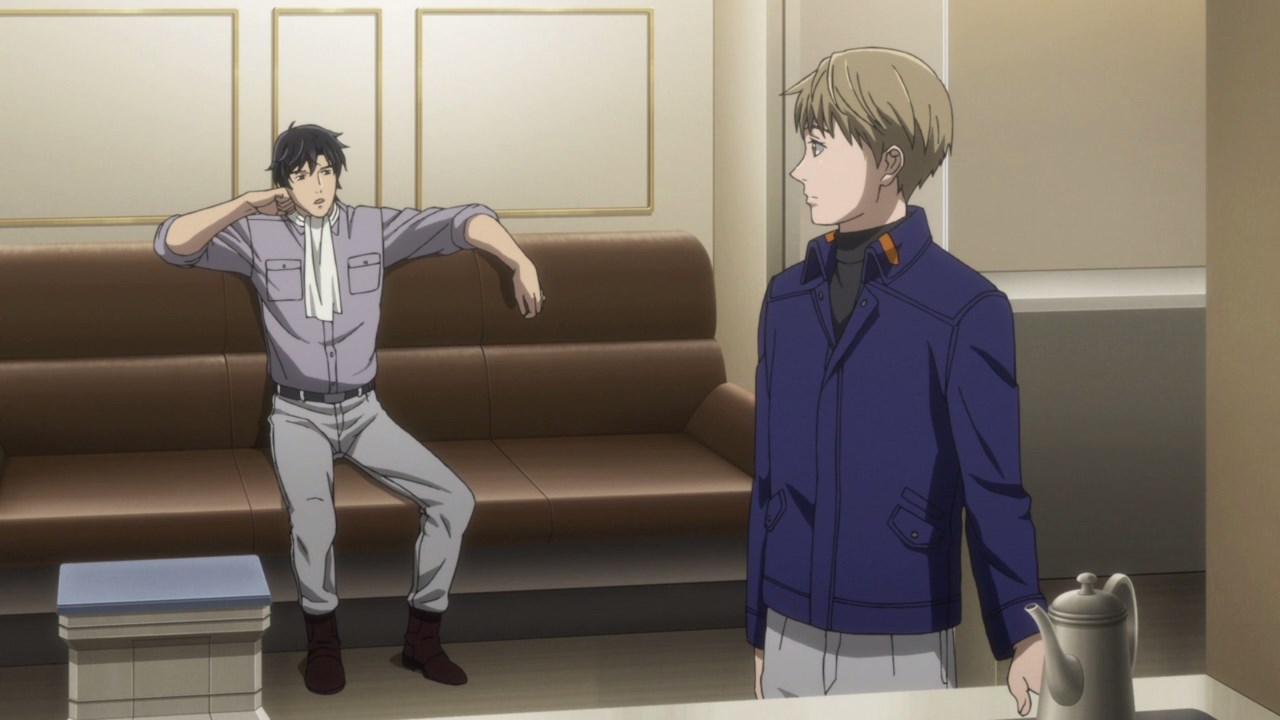 Now, Yang Wen-li plans to retire from military service early since continuing the war against the Galactic Empire is pointless, the Free Planets Alliance won’t stop using him.

On the other hand, Admiral Yang has some capable allies like Julian Mintz where his adopted son has become a petty officer second class. Still, I really wish that he should have a peaceful life since Wen-li is now 30 years old. 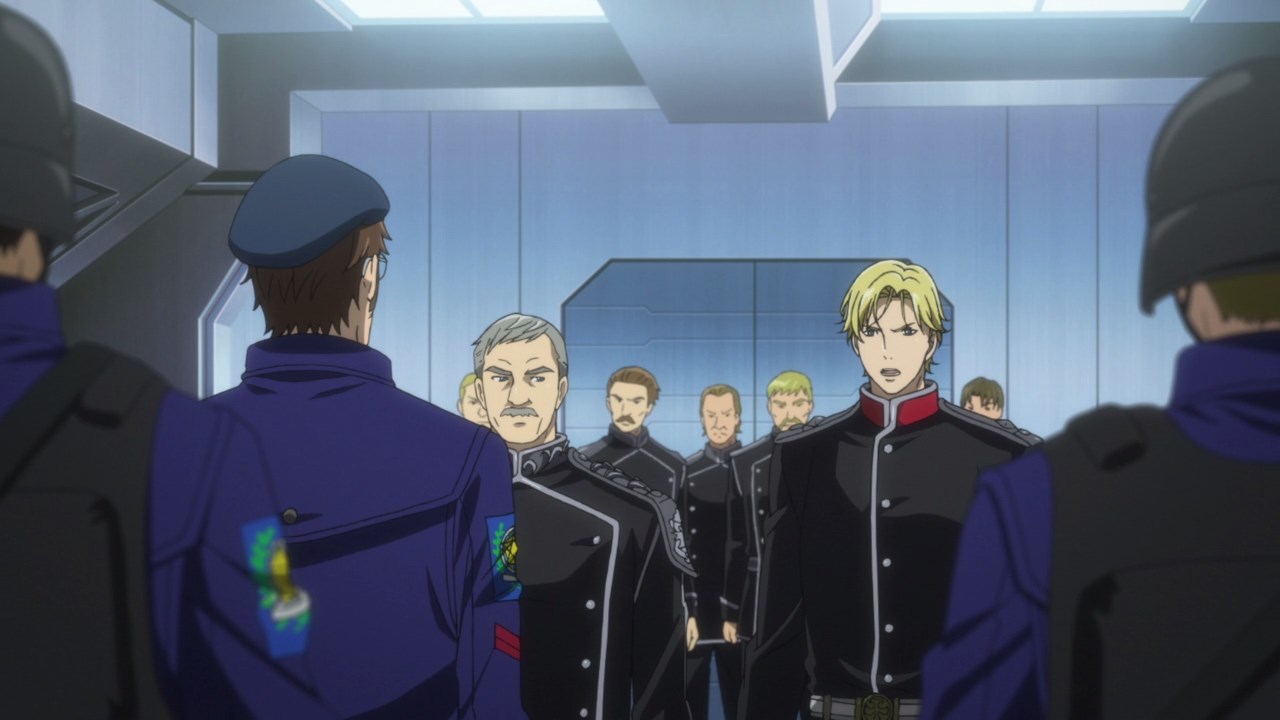 Now then, it looks like Willibald Joachim von Merkatz and his men have finally defected to the Free Planets Alliance, but they’re being treated as war prisoners as Bernhard von Schneider call them out for their rude behavior.

Still, Willibald Joachim von Merkatz needs to meet with Yang Wen-li to see if the admiral accepts him and his crew. 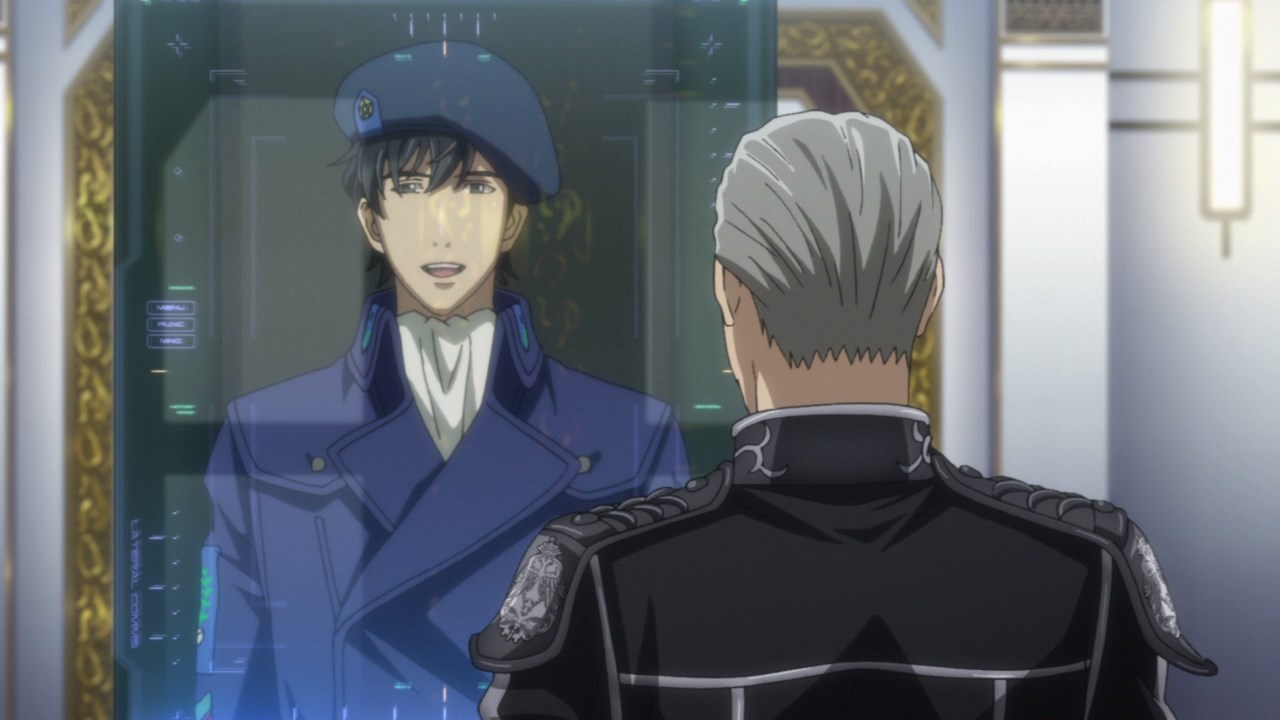 Surprisingly, Admiral Yang accepts Merkatz as he becomes a guest admiral to the Alliance. C’mon, he’s okay with former enemies joining his fleet. 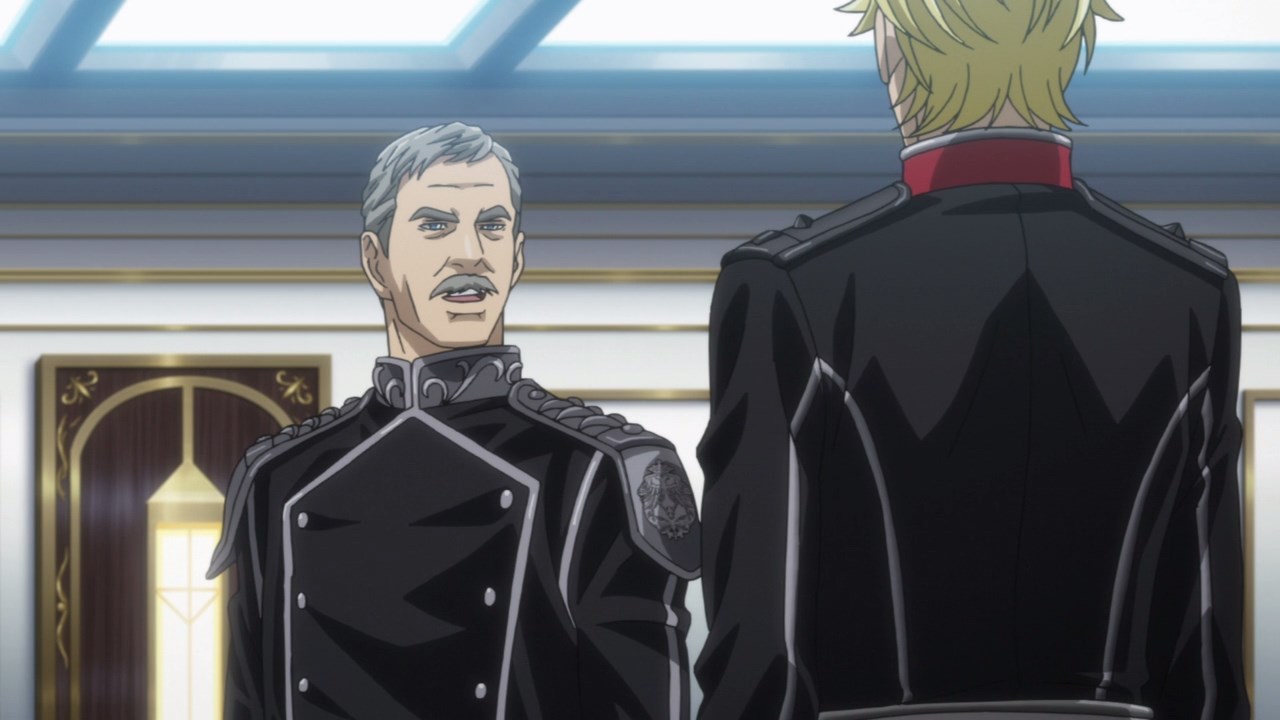 But yes, looks like Willibald Joachim von Merkatz is happy to tell Bernhard von Schneider that Yang Wen-li accepts him and the rest of the crew.

While the Yang Fleet is gaining strength, I wish there would be a time where both sides agree to a peace treaty. Of course, it’s not gonna happen when Job Trunicht and possibly Reinhard von Lohengramm wants to continue the war. 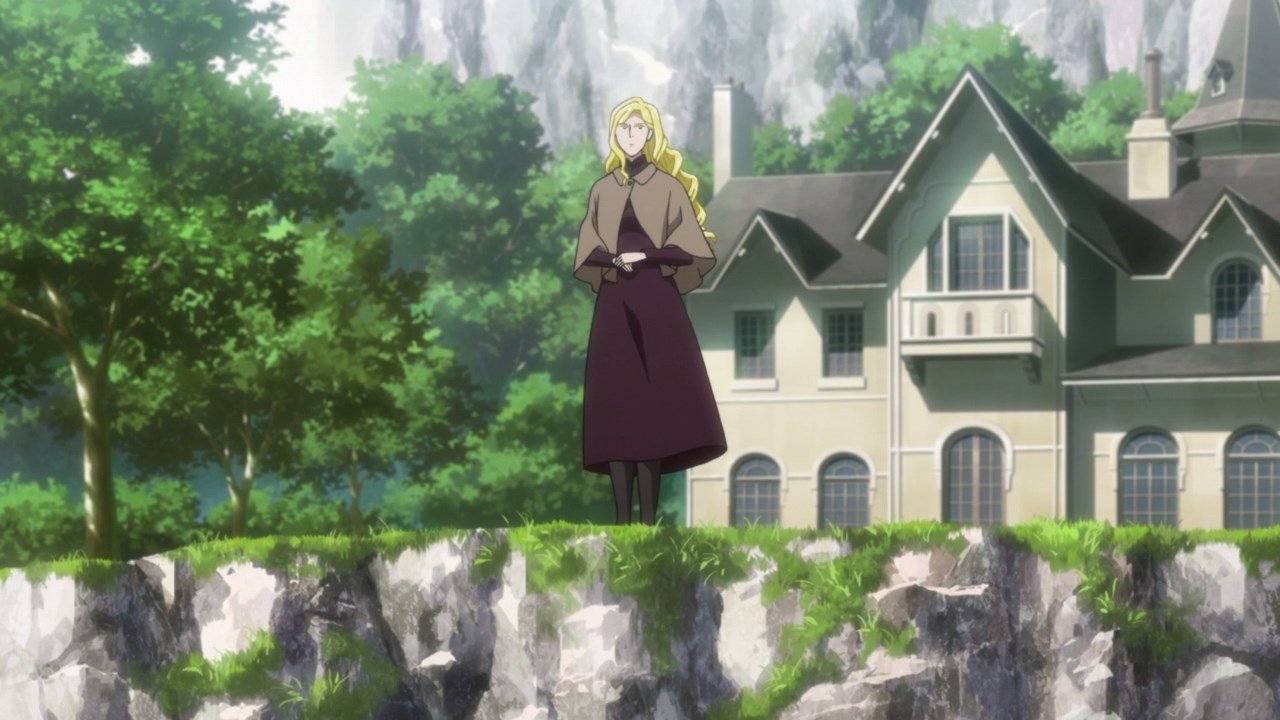 Now then, let’s move onto the Galactic Empire where Annerose von Grünewald is living peacefully somewhere in Odin. However, she’s not gonna see her brother Reinhard ever again 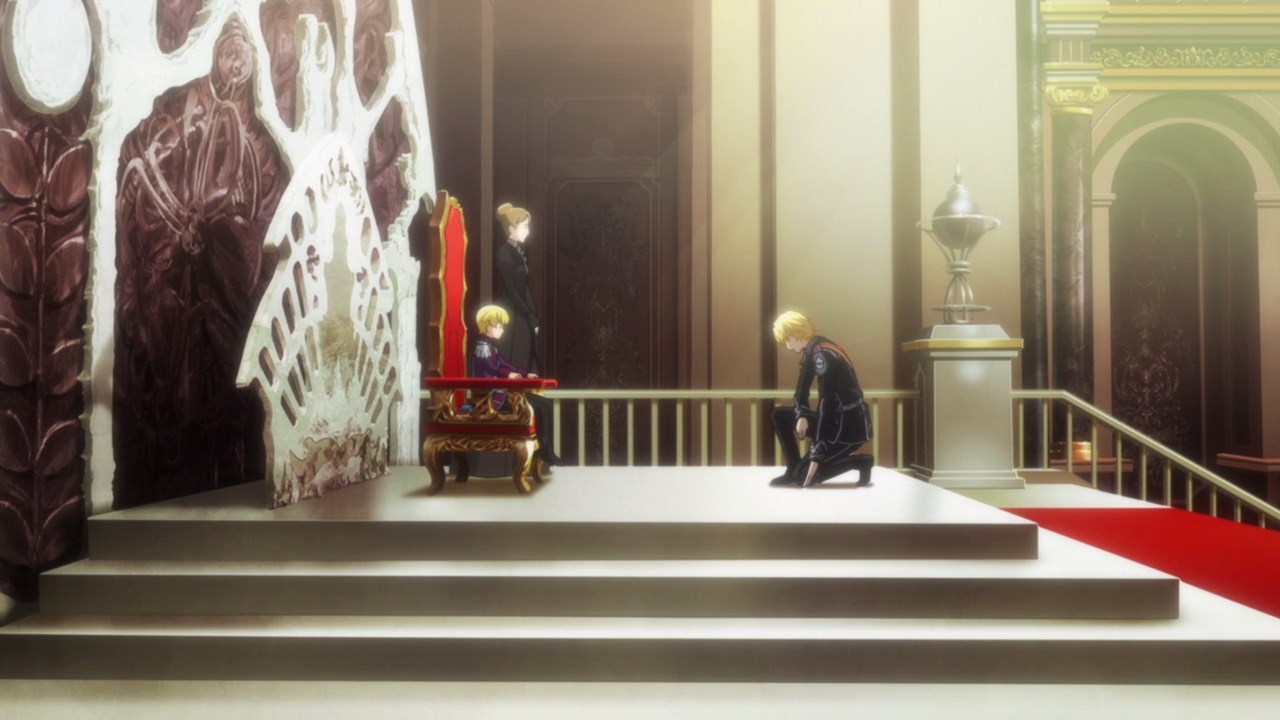 You see, Reinhard von Lohengramm has not only become the supreme commander of the Imperial Fleet and was promoted to the title of duke, but also become the youngest prime minister of the Empire at 21 years old.

Thus, the era under Duke Lohengramm’s dictatorship has begun where he’ll bring reforms while continuing the war effort against the Alliance. Whether his dictatorship will be different from Klaus von Lichtenlade is up for debate. 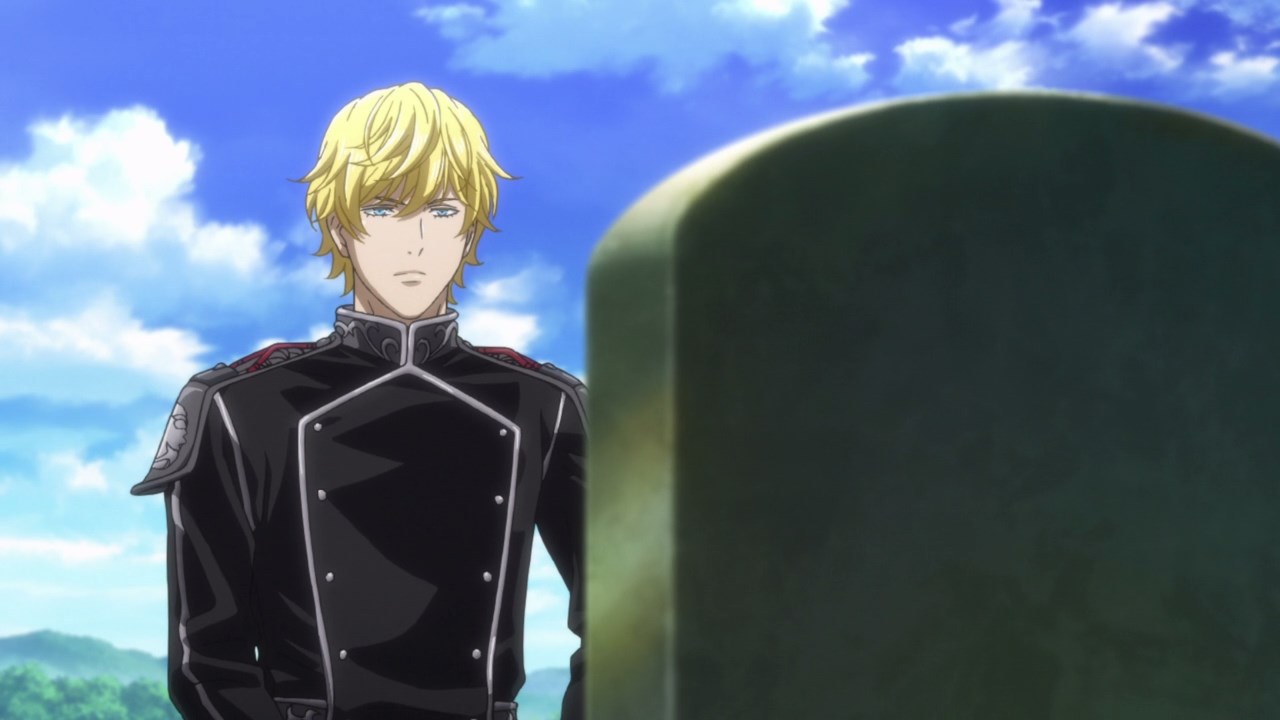 Of course, he’s still saddened that his dear friend Siegfried Kircheis went to Valhalla as Duke Lohengramm went to pay his respects to Kircheis. 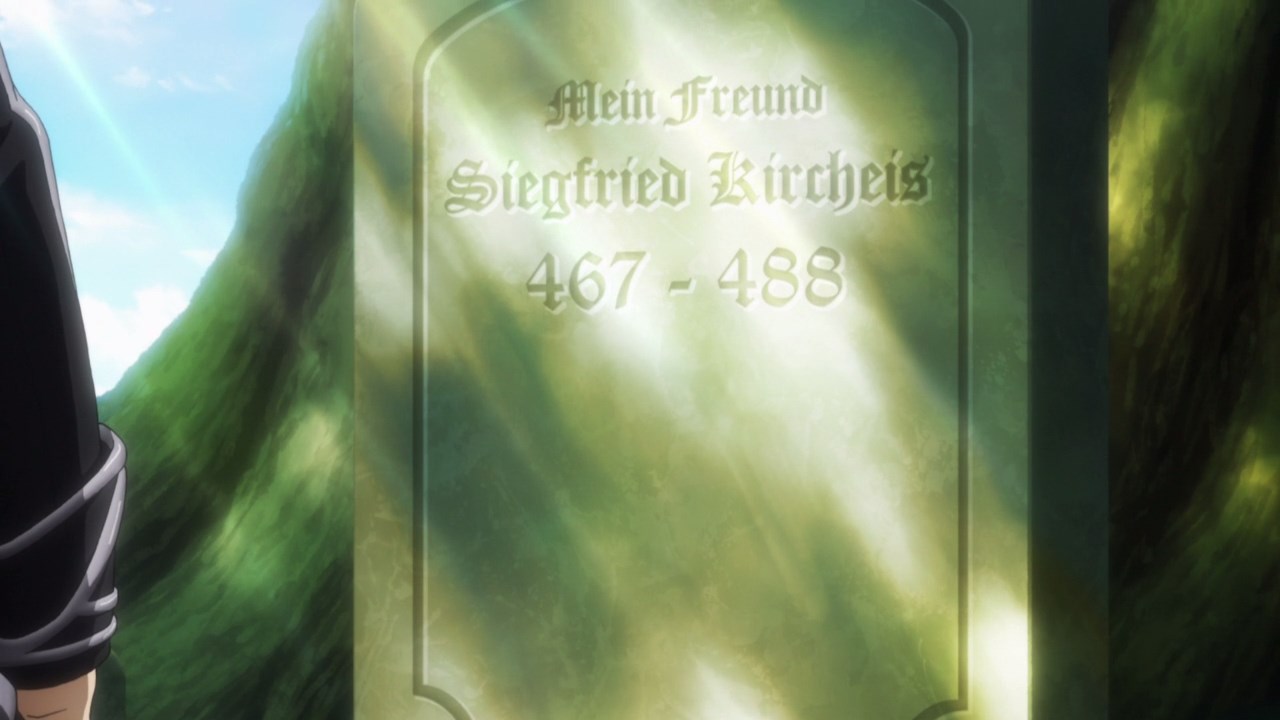 And while Siegfried Kircheis received posthumous honors, Reinhard von Lohengramm’s life will never be the same as he must continue moving forward to achieve his ambition of conquering the universe for his friend’s sake. 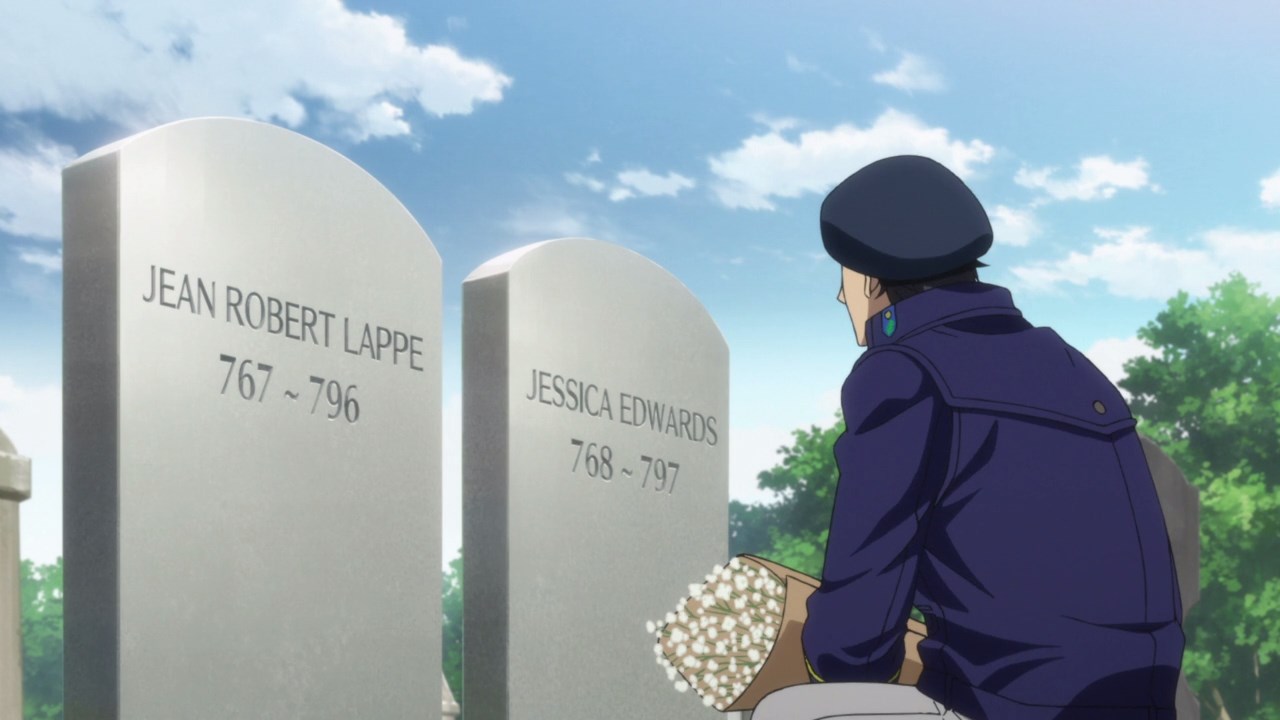 Now let’s return to the Free Planets Alliance where Yang Wen-li visits the grave of both Jean Robert Lapp and Jessica Edwards. I’m sure that they’re happy together in heaven, but Wen-li really missed them so much. 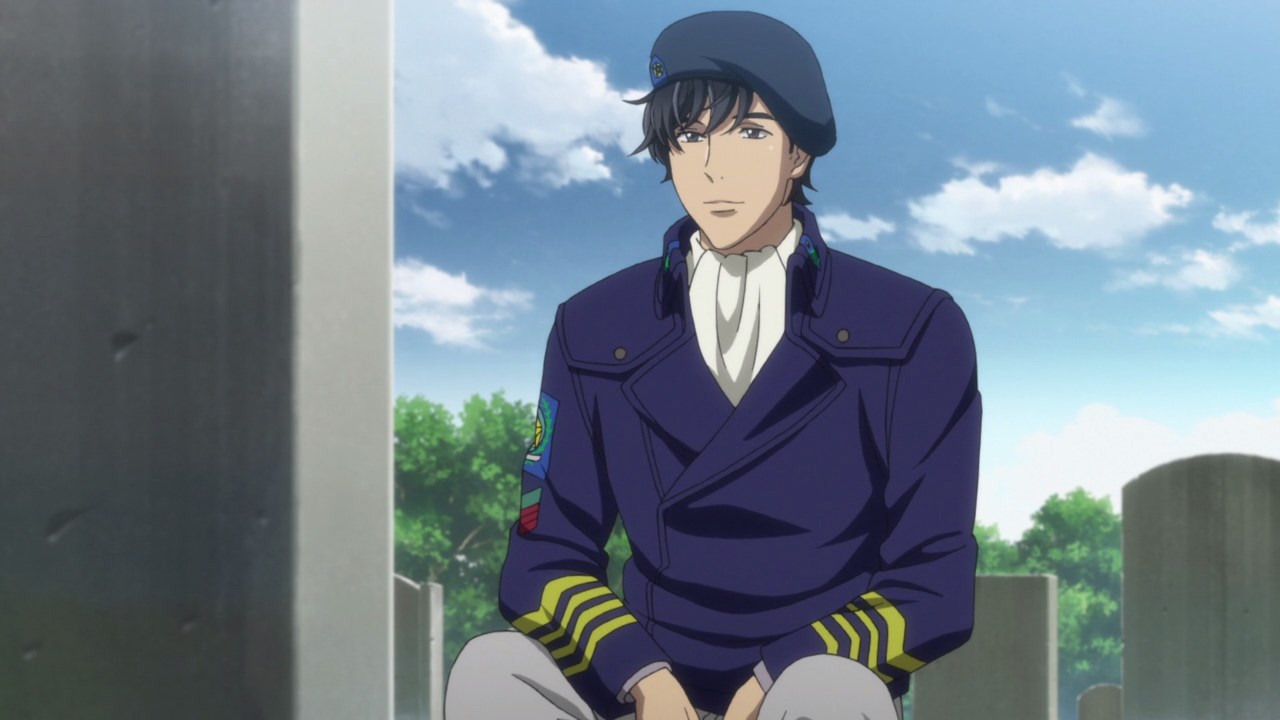 And that’s the end of the Legend of the Galactic Heroes: Die Neue These Season 2. It’s quite an improvement over the 1st season as there’s progression for both sides, albeit they’ve experienced unavoidable tragedies.

On the other hand, I’m intrigued in regards to the Earth Cult as they’ll become important figures later on with the story as they have big ambition of luring everyone to praise the Earth as a god. Then again, Adrian Rubinsky might dampen the Grand Bishop’s plans as the Dominion of Fezzan has the ambition of controlling the entire universe. 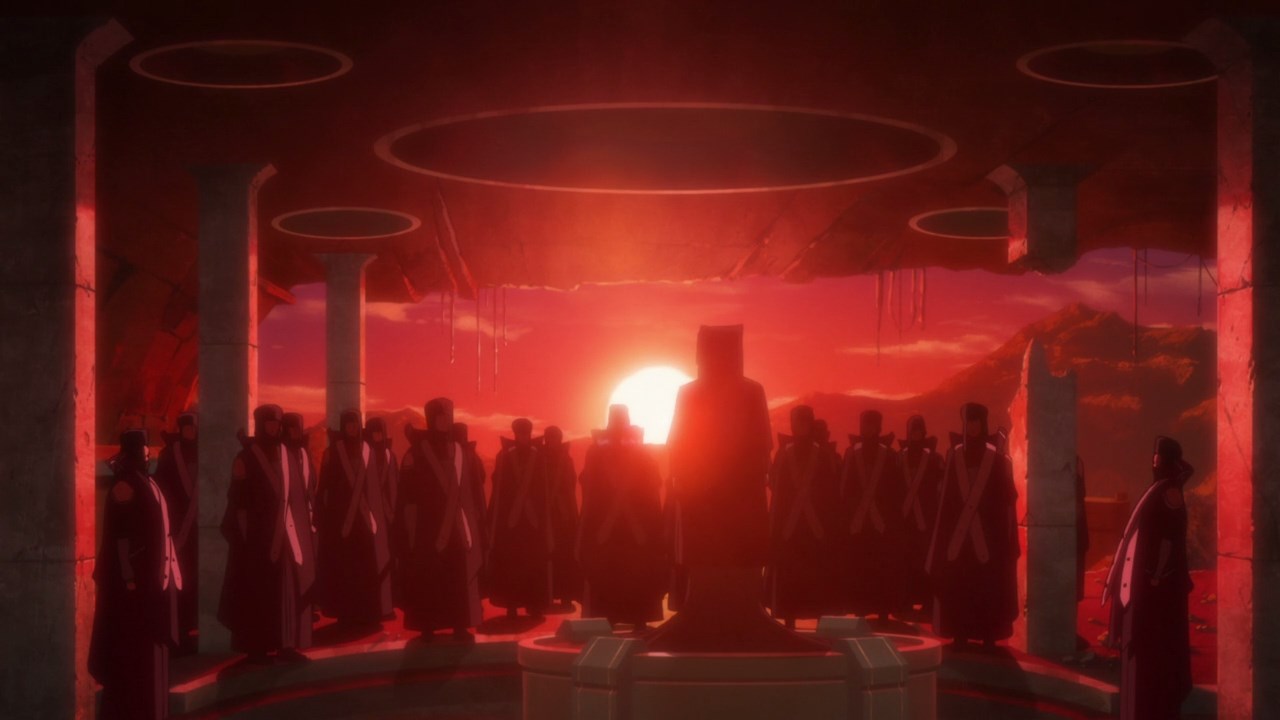 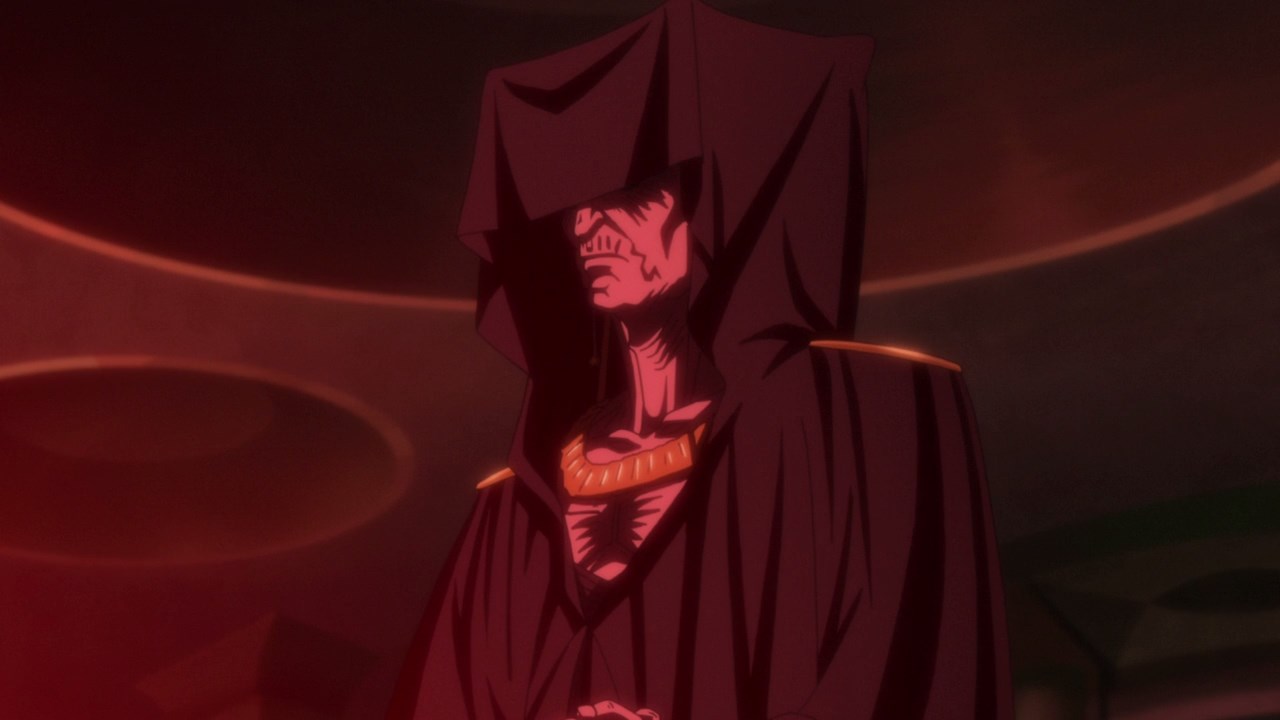 And speaking of the Earth Cult, they’re ready to make their move as the Grand Bishop and his ministers are praising the dying sun. Of course, I wonder if it’s too late to have all of humanity praise Earth as it’s decaying at every moment?

Well then, I’ll find those answers on the next season as I’m glad that this remake has another one.