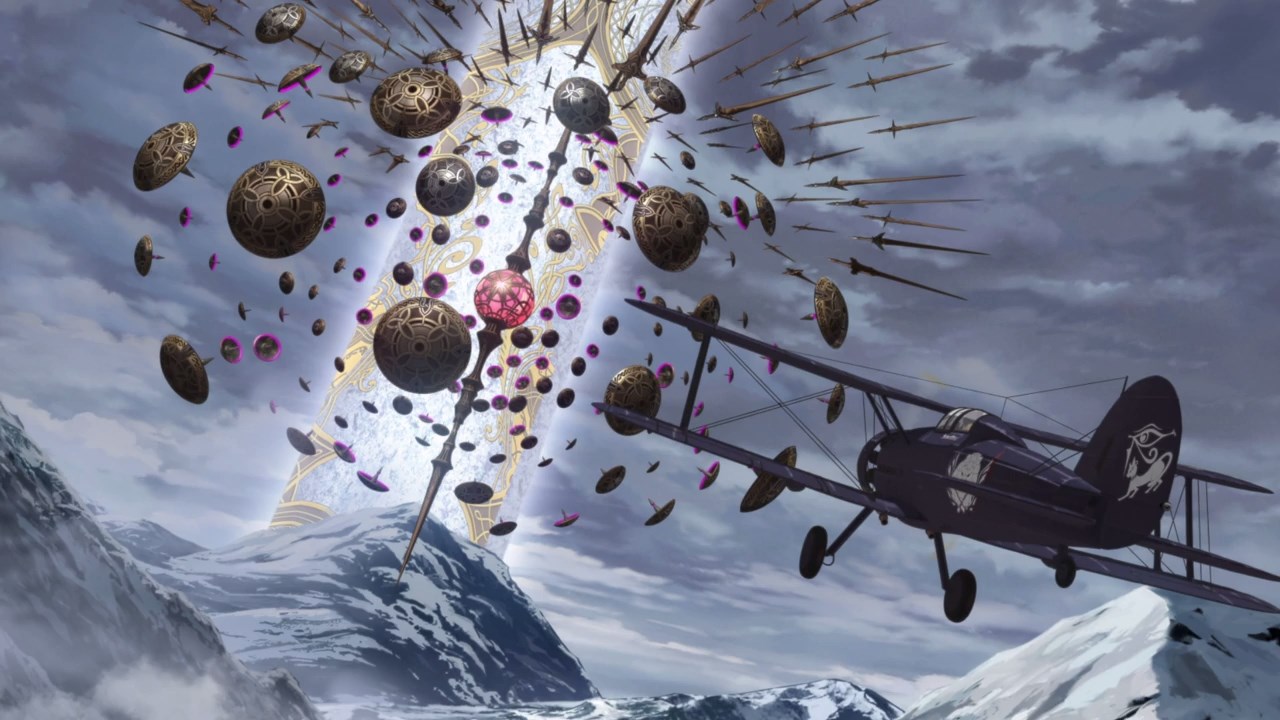 This is an original anime series by A-1 Pictures where Earth is being ravaged by Pillars. But fear not as Odin gave humanity a way to push the Pillars back. 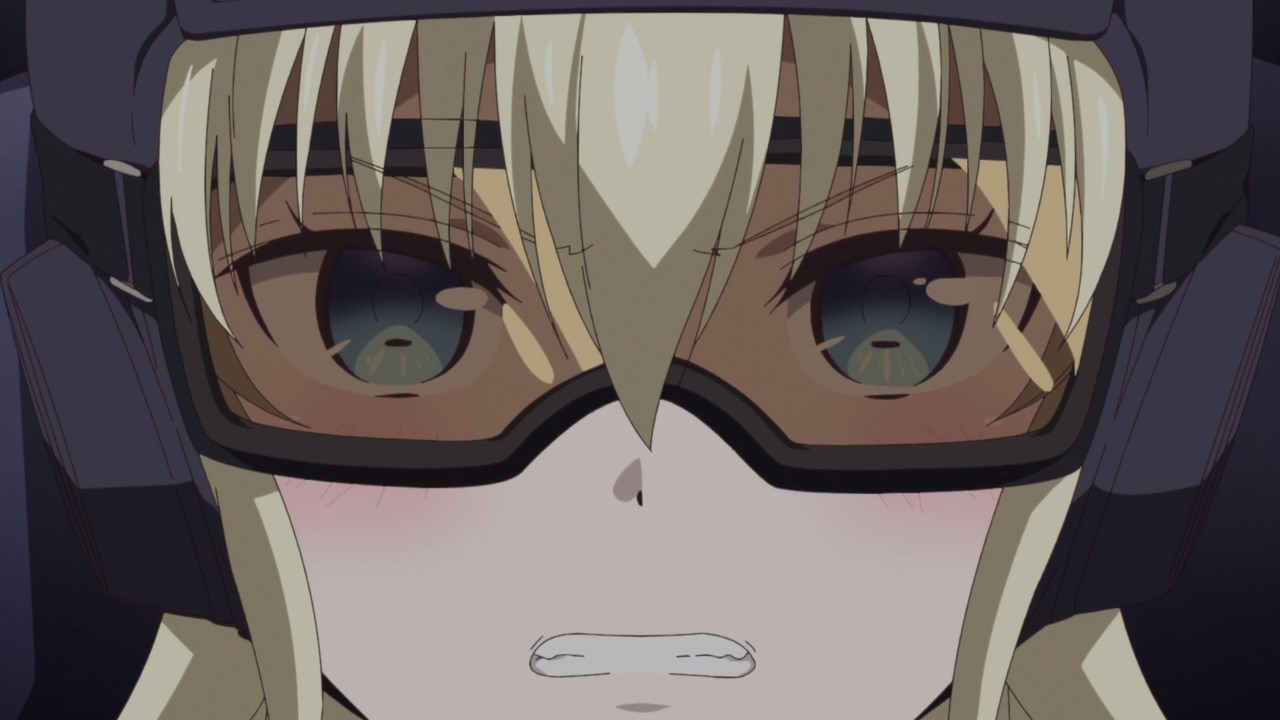 This is Claudia Bruford, a Named Valkyrie who pilots an antiquated fight plane called Schwertleite. And while humanity has a plethora of modern aircraft to combat the Pillars, they’re ineffective as they don’t have Odin’s blessing. 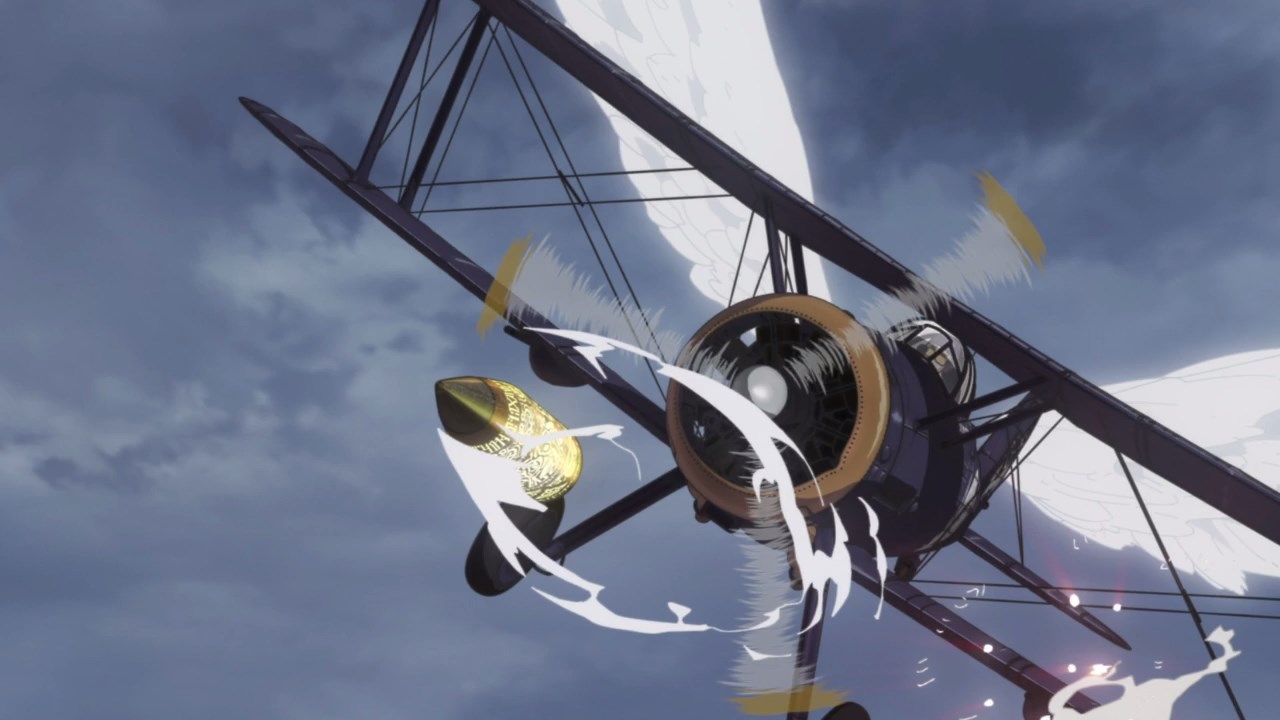 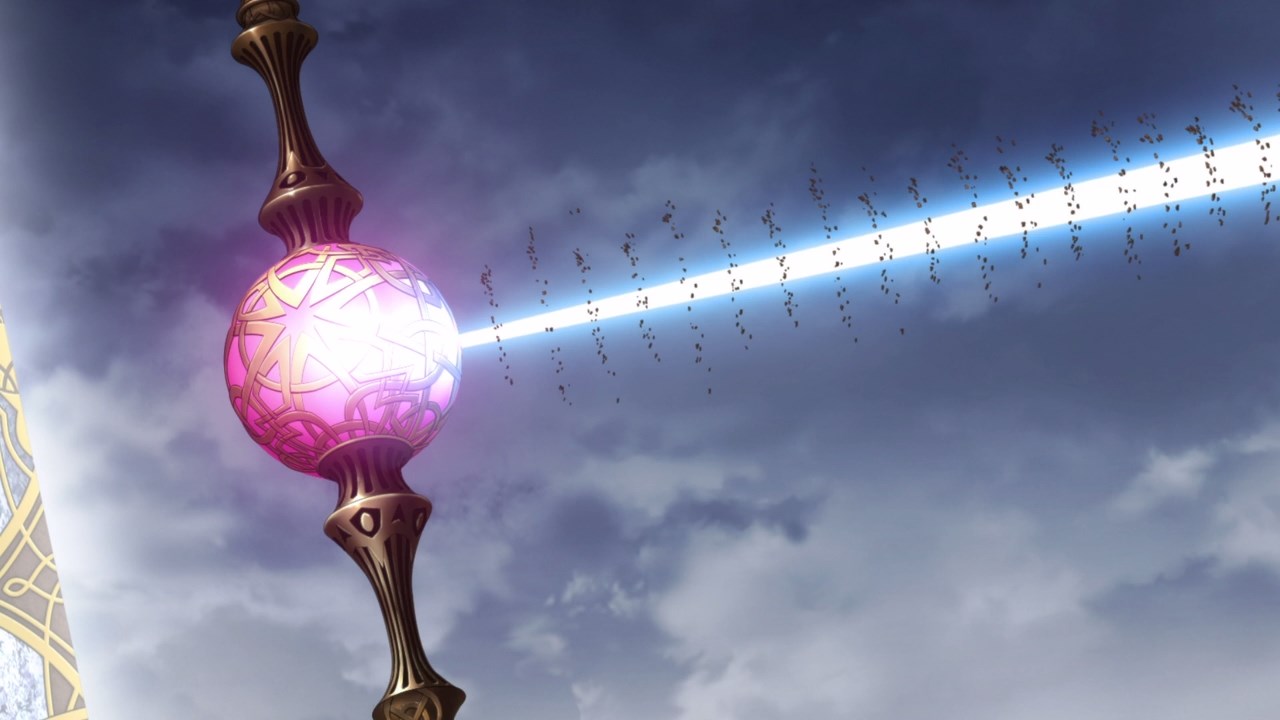 But anyways, Claudia Bruford and her Schwertleite managed to destroy a Pillar in Europe with only a single cannon fire. Well, looks like Europe won’t have to worry about the Pillars anymore. 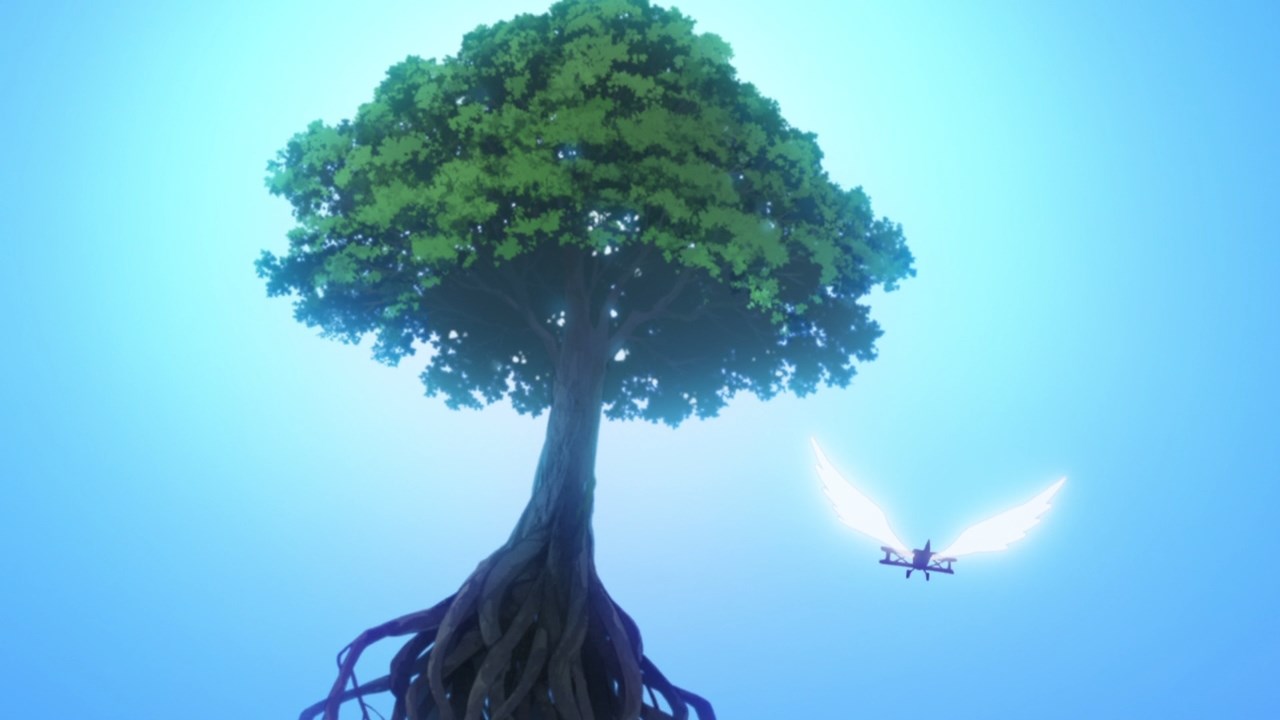 Oh, and it turns into a Yggdrasil tree once it’s defeated. Sadly, Claudia blamed herself for the loss of her teammates as she calls herself as the Grim Reaper. 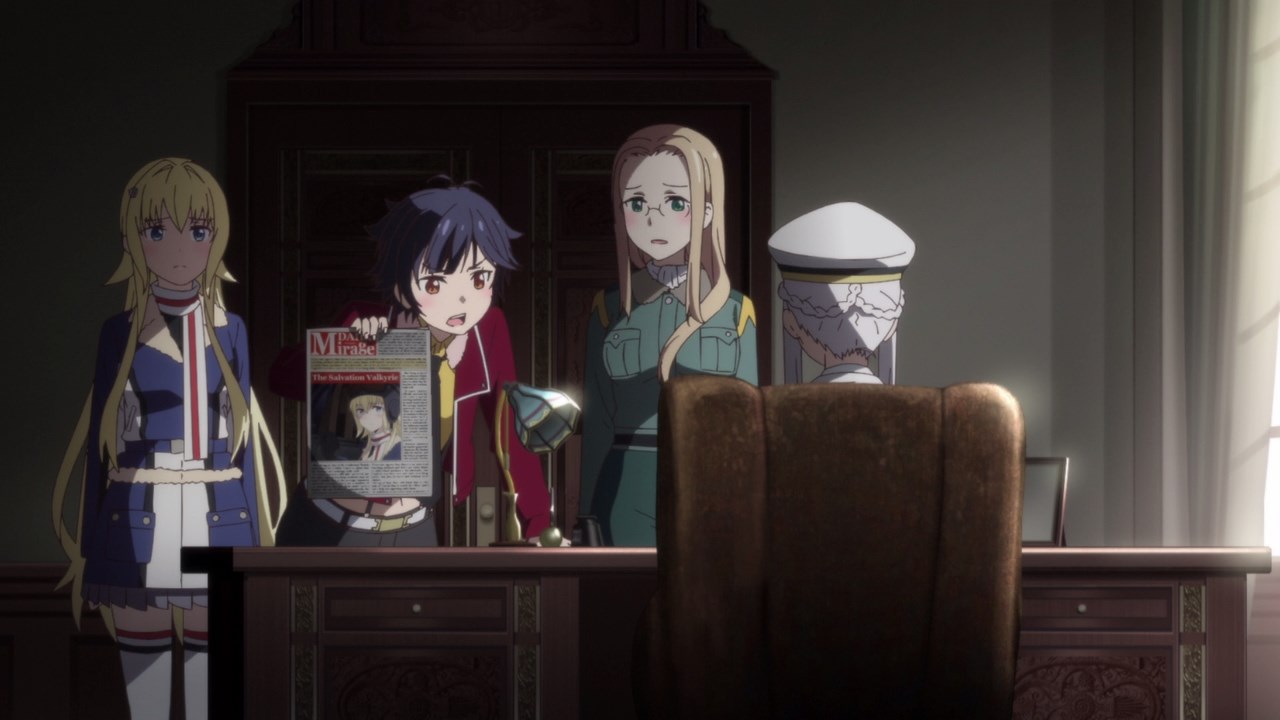 Speaking of Claudia Bruford, it appears that the higher-ups have decided to reassign her to Japan as one of the Named Valkyries have died while fighting a Pillar.

While her teammates Lizbet Crown and Leyli Haltija can’t believe the news, it’s important for humanity to stop the Pillars in various regions rather than focusing their defense on Europe. 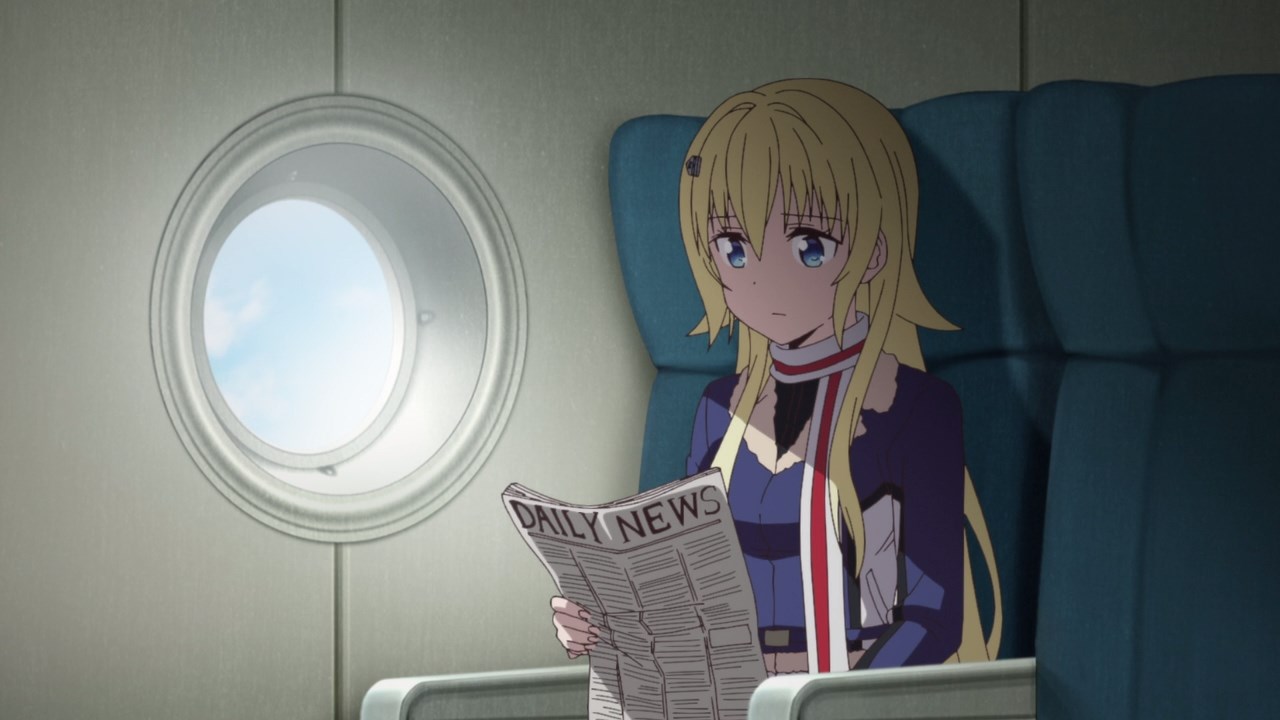 Anyways, Claudia Bruford accepted her reassignment to Japan, although there’s danger looming ahead even though she’s just relaxing at the moment. 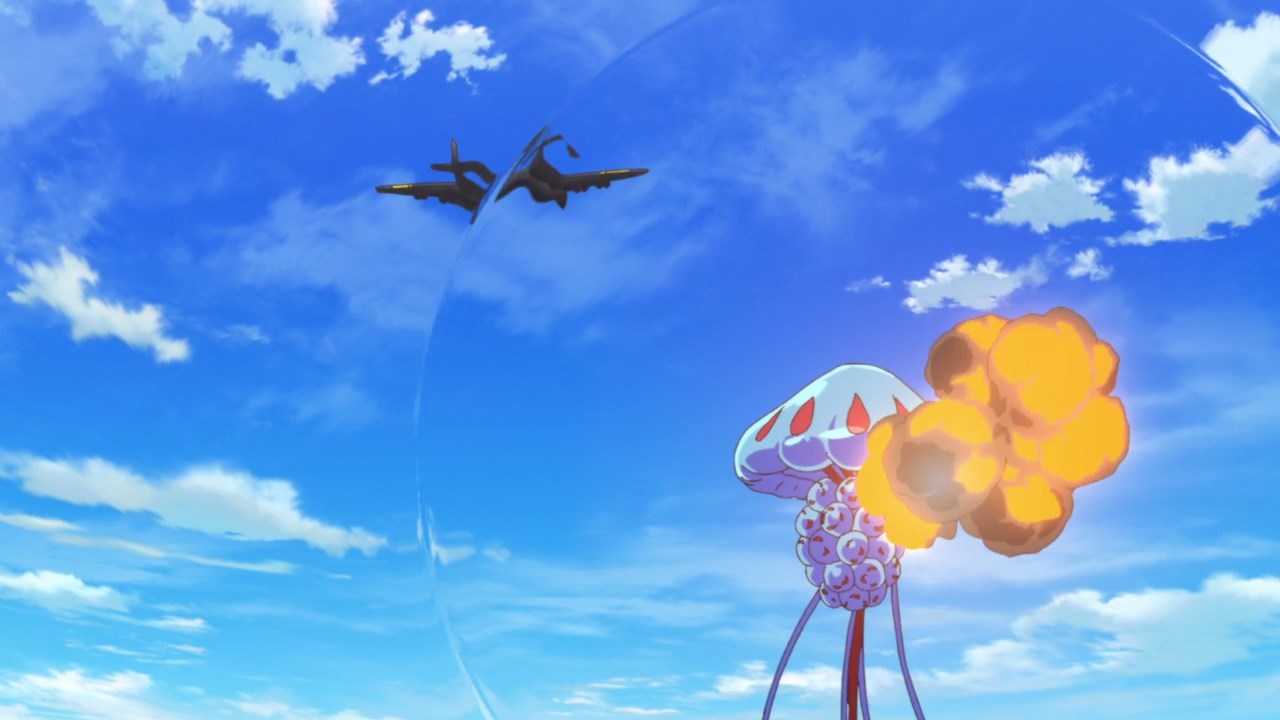 Luckily, there are Valkyries in Tateyama Base who will defend the transport plane from the Pillars. 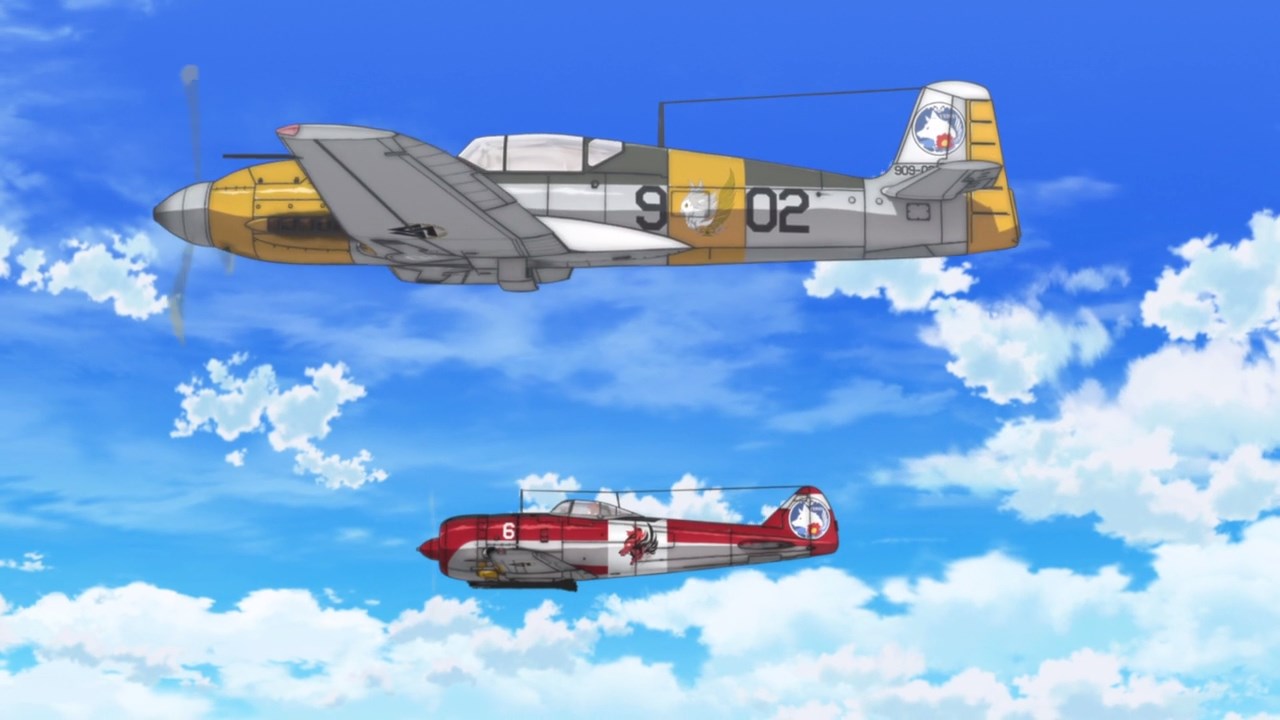 And while they’re not Named Valkyries, they do their job well on defending Japan from becoming a wasteland. With that said, Claudia has arrived to Japan safe and sound. 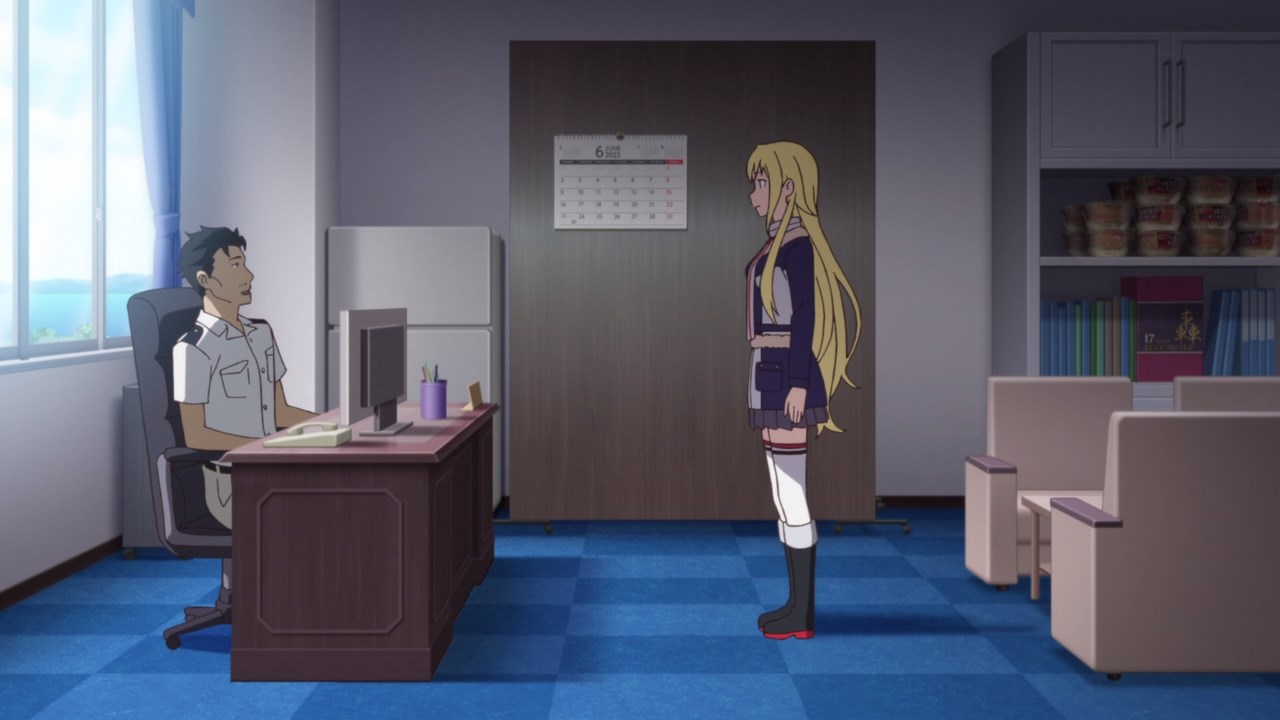 Of course, there’s no need for formalities as Commander Ichiro Satomi told Claudia Bruford that she’s welcome to stay at their base with open arms.

Despite losing their own Named in battle, they’re laid back and they’re friendly towards everyone including the locals. 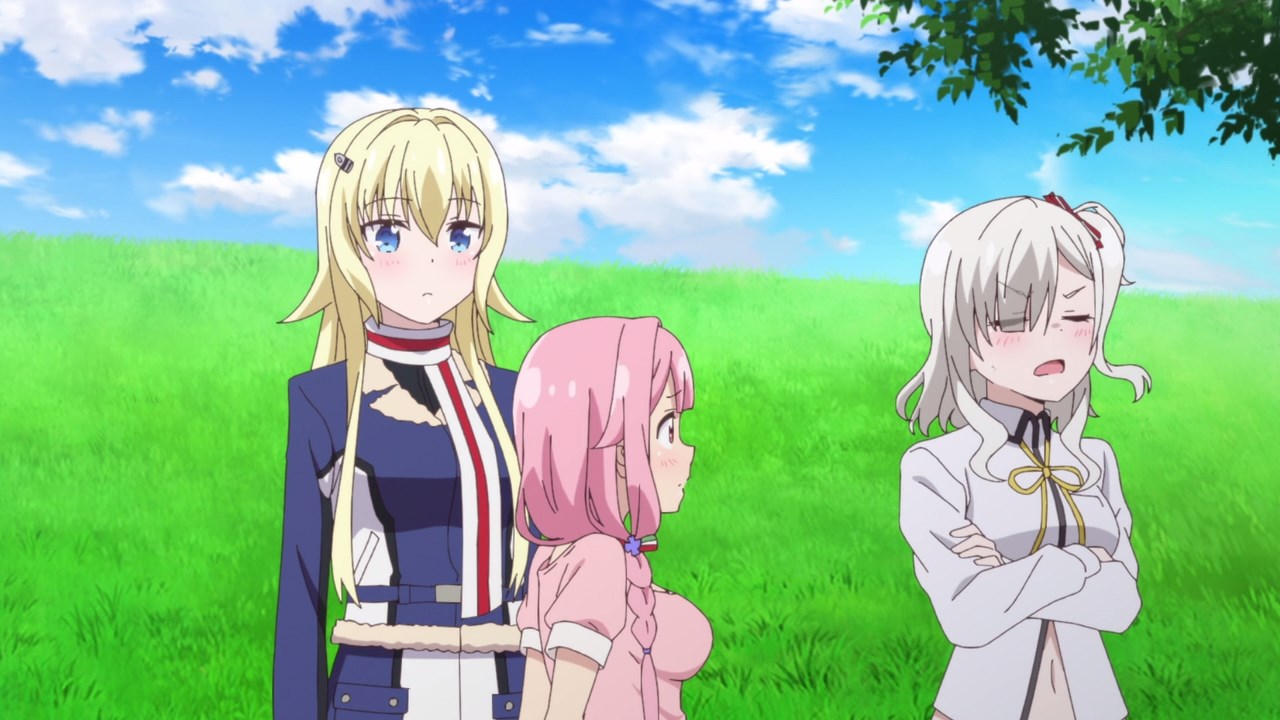 Now then, it’s time to meet the Valkyries at Tateyama Base as I introduce you to both Sonoka Watarai and Azuzu Komagome.

While Sonoka will be featured later, Azuzu is the de-facto leader where she’s also a genius when it comes to warfare. 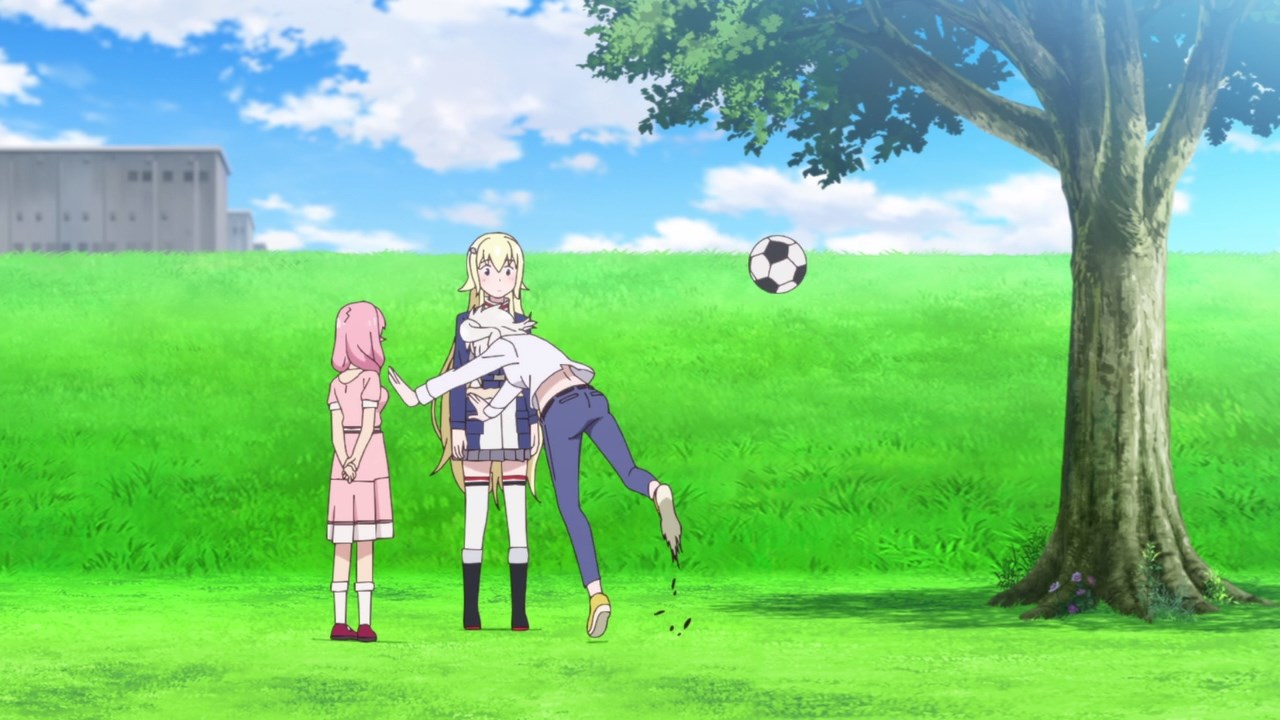 Well, except for physical strength where Komagome didn’t dodge and got hit by a soccer ball. 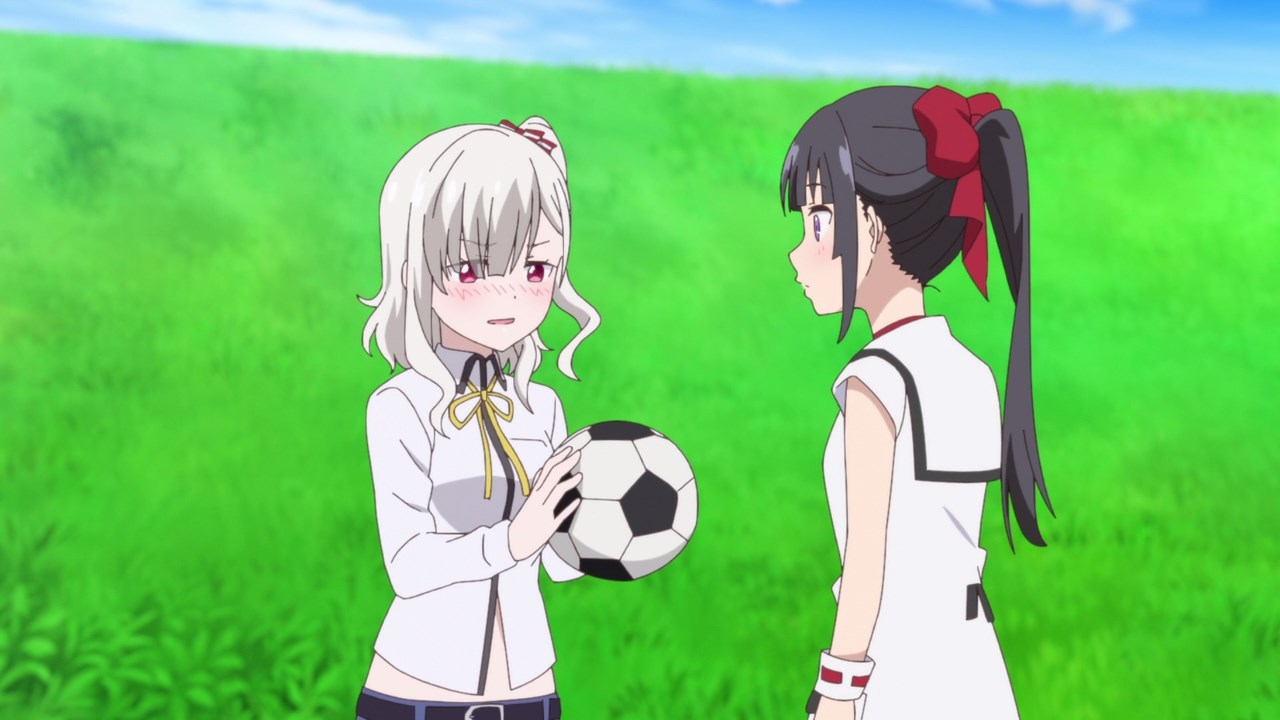 By the way, the girl with the ponytail is Miyako Muguruma and here’s the thing though as she accidentally kicked the ball towards Azuzu’s noggin.

But that’s the Valkyries of Tateyama Base and they’re pretty much dysfunctional outside the battlefield. 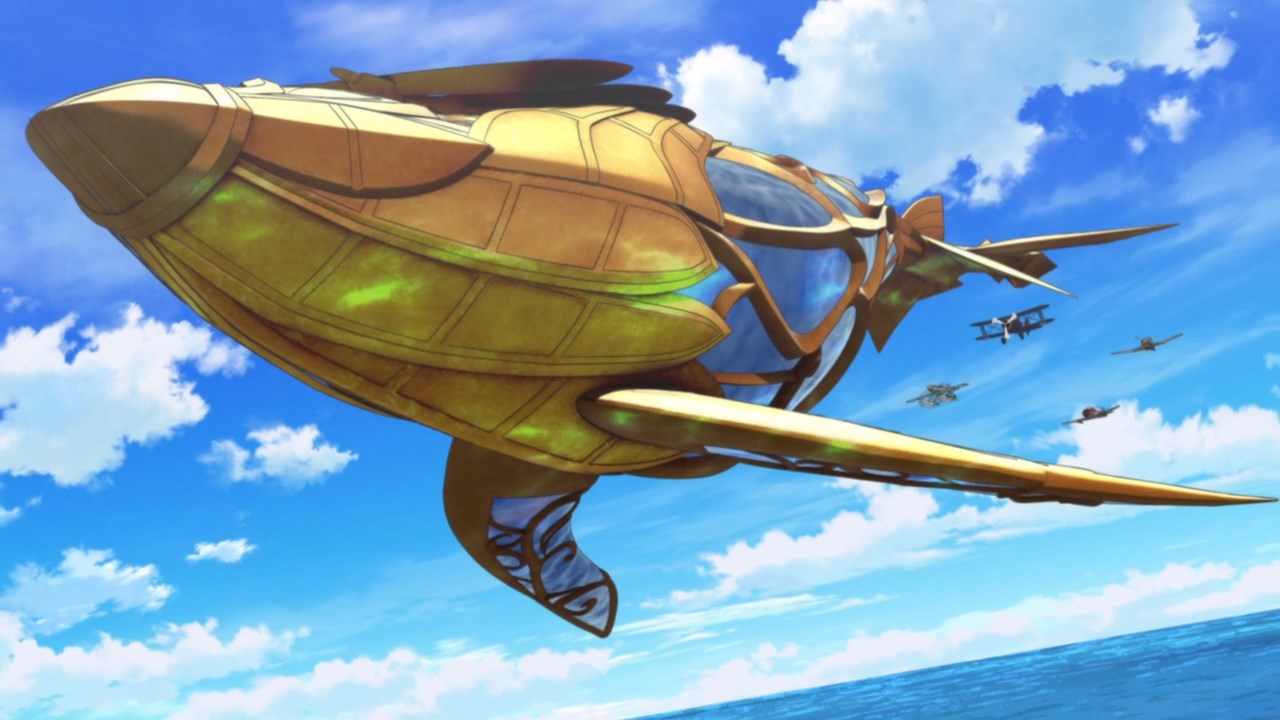 Of course in battle, they’re serious on beating the Pillars as they have some unconventional strategy. Heck, Sonoka Watarai is piloting a Macchi M.C.72R seaplane which is not suitable for combat. 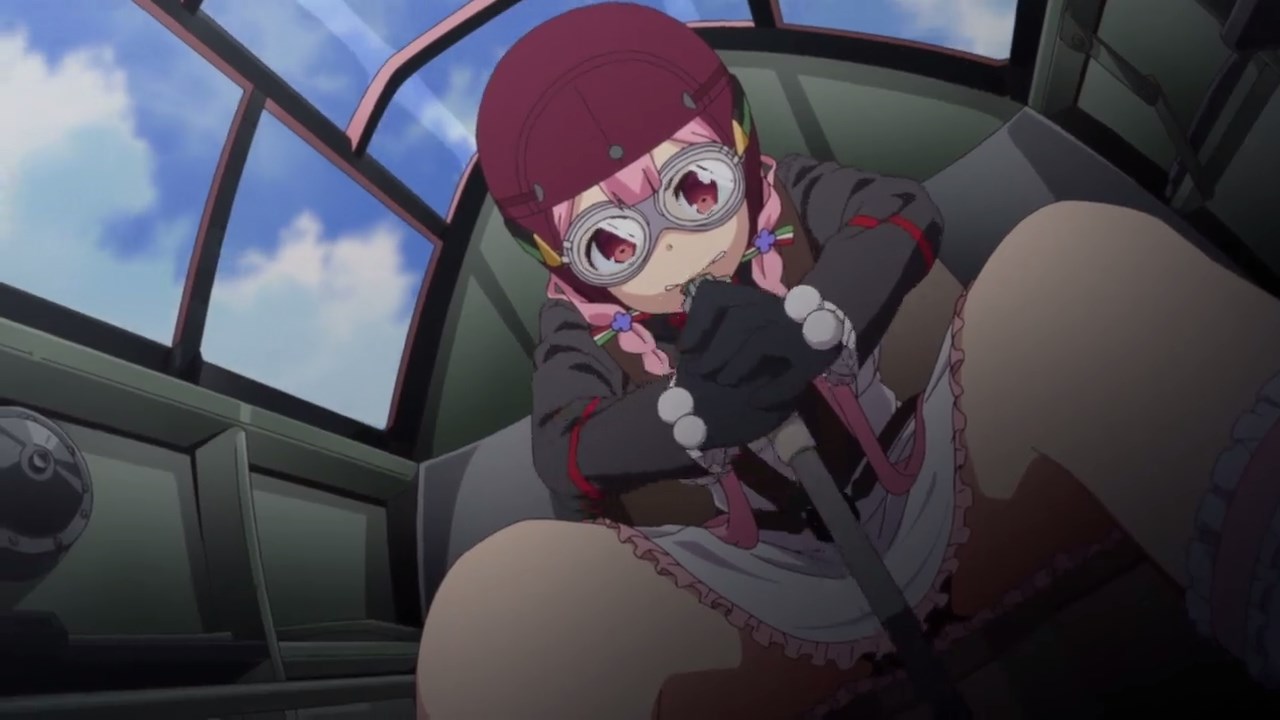 And here’s Sonoka where she has an idea on exposing the Whale Pillar’s weakness. Despite being timid, Watarai is one of the craziest bunch. 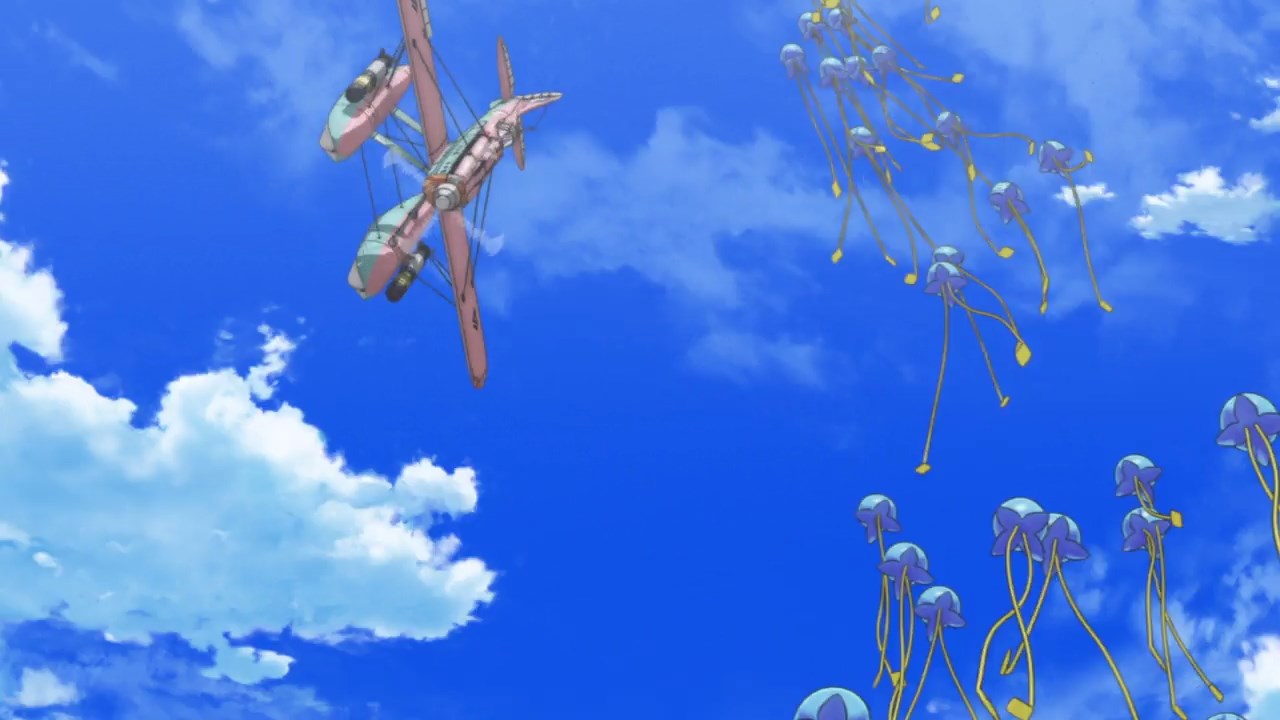 For you see, she stall the plane and divebomb towards the Pillar. But, she’s not gonna crash her plane to destroy the Pillar. 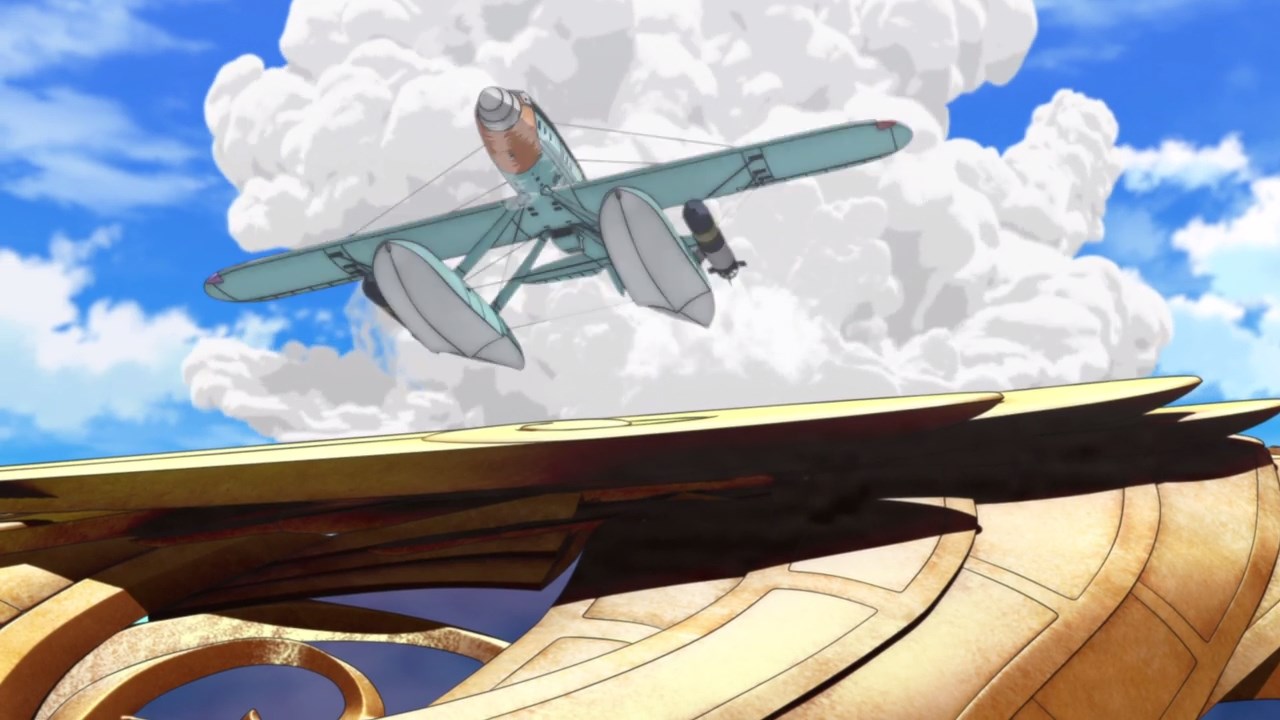 Instead, Watarai let those small-fries hit the Pillar until its back is shown. Yeah, Sonoka is a Valkyrie who can pull crazy stunts like that! 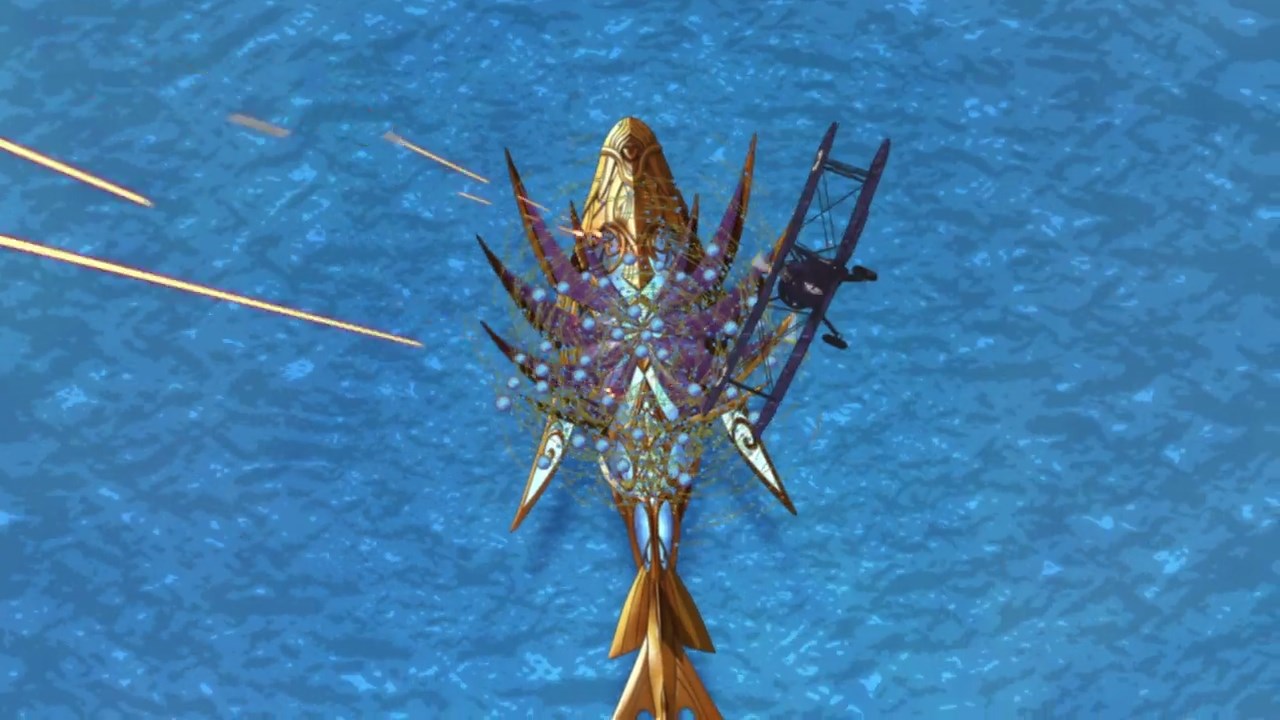 Now that the Whale Pillar’s back is exposed, it’s time for the Valkyries to destroy it before it reaches Japan. 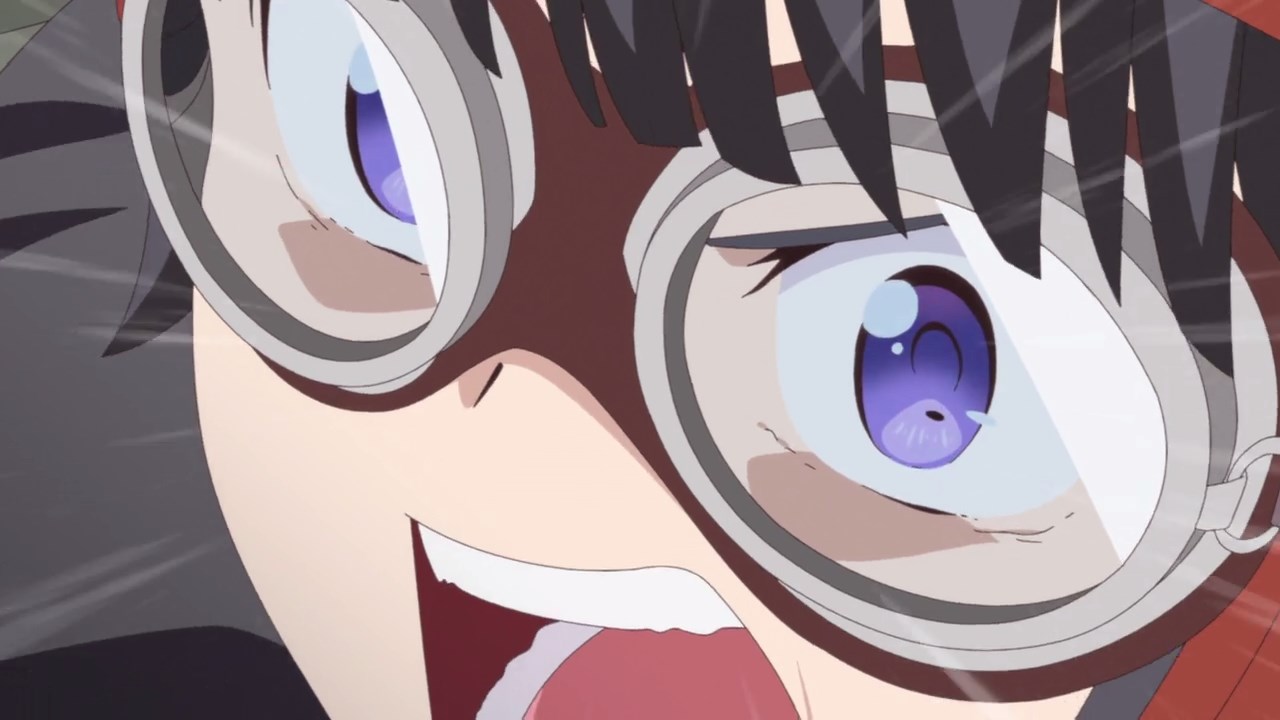 Well, Miyako Muguruma will try to finish the Pillar off as she pushed her Nakajima Ki-44-II Otsu to the limit and fired its hero cannons. 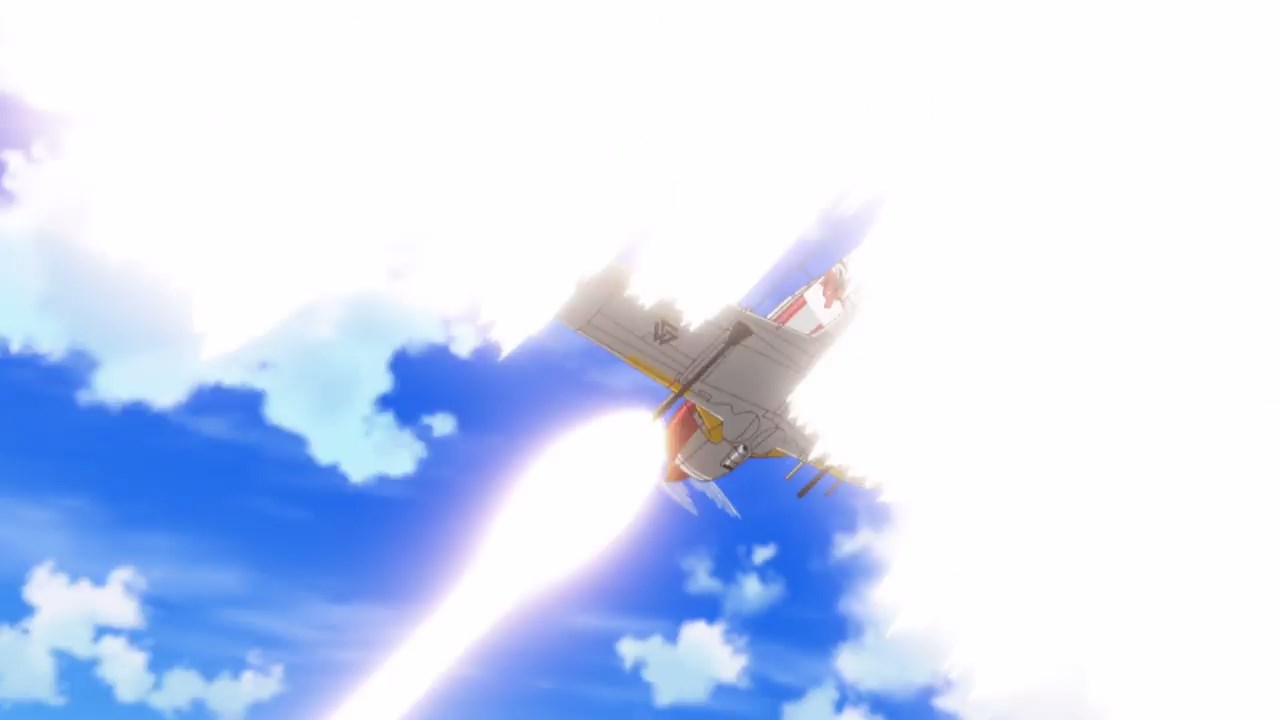 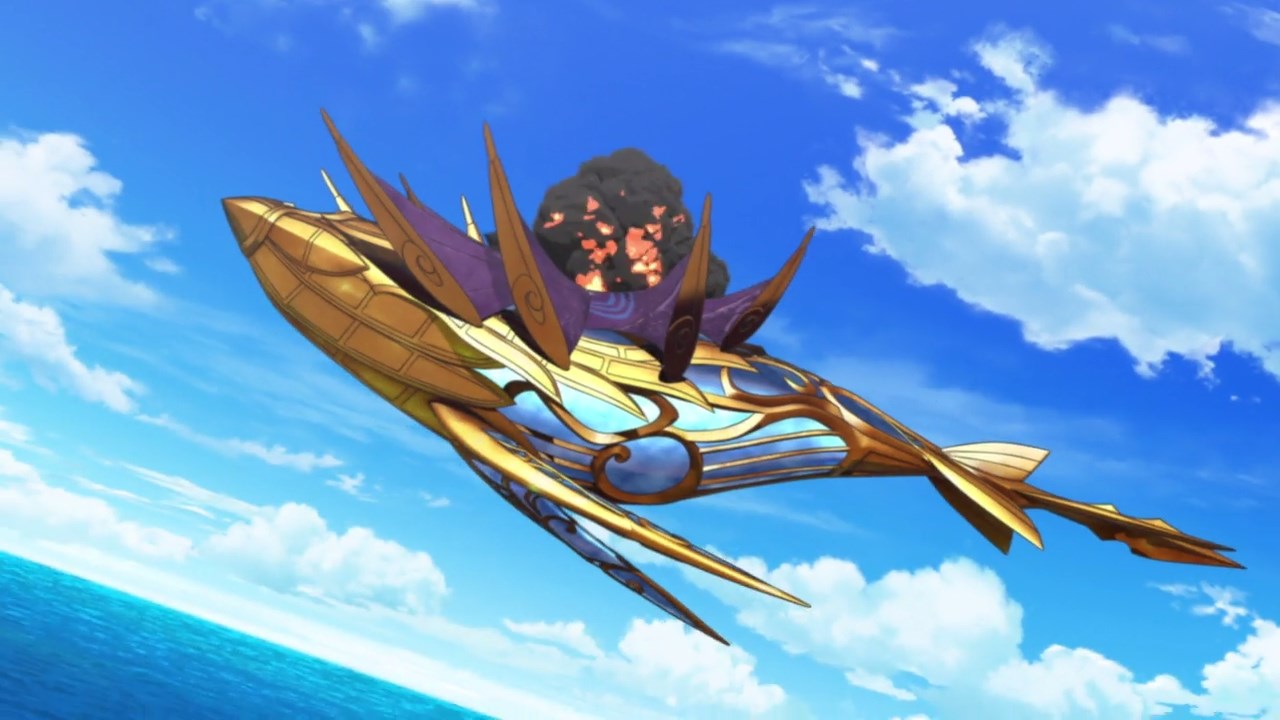 Gotta say that her cannons are super-effective against the Whale Pillar. However, it’s not over yet as they have to destroy its core. 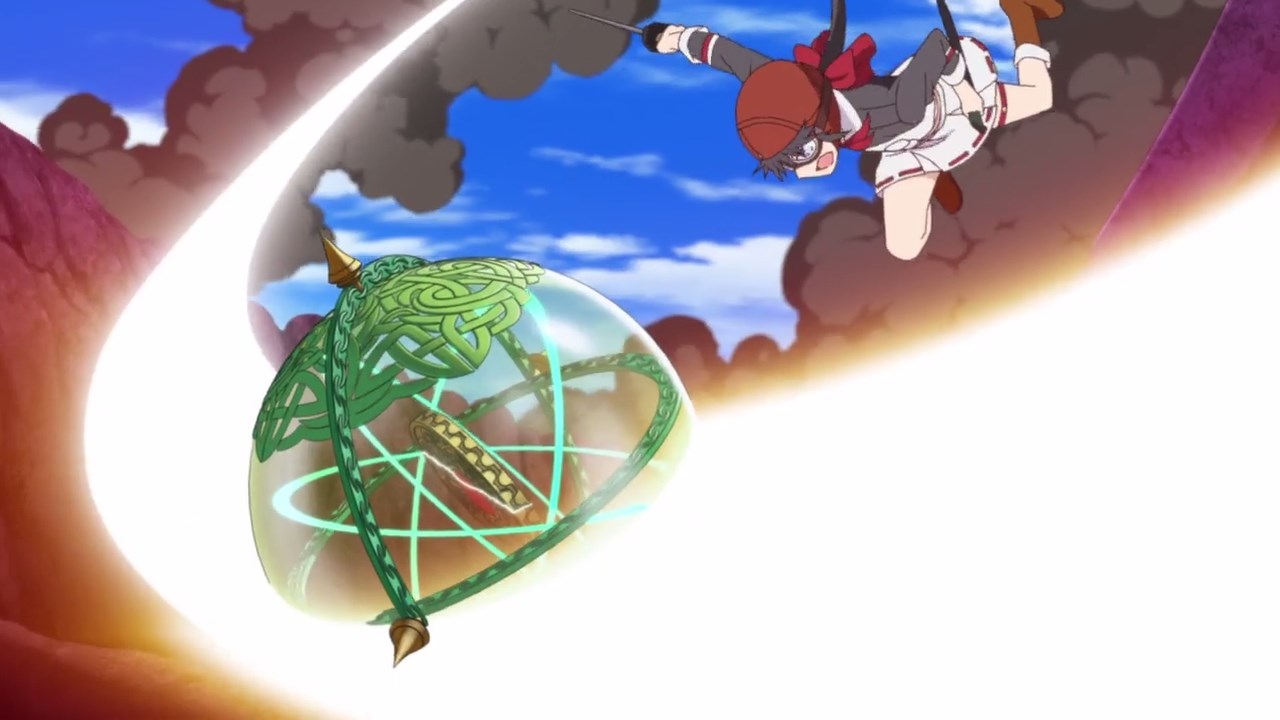 Luckily, Muguruma got out of the plane and use her katana to cut the core in half.

Then again, I think she might die since the Pillar’s core will transform into a giant tree afterwards. 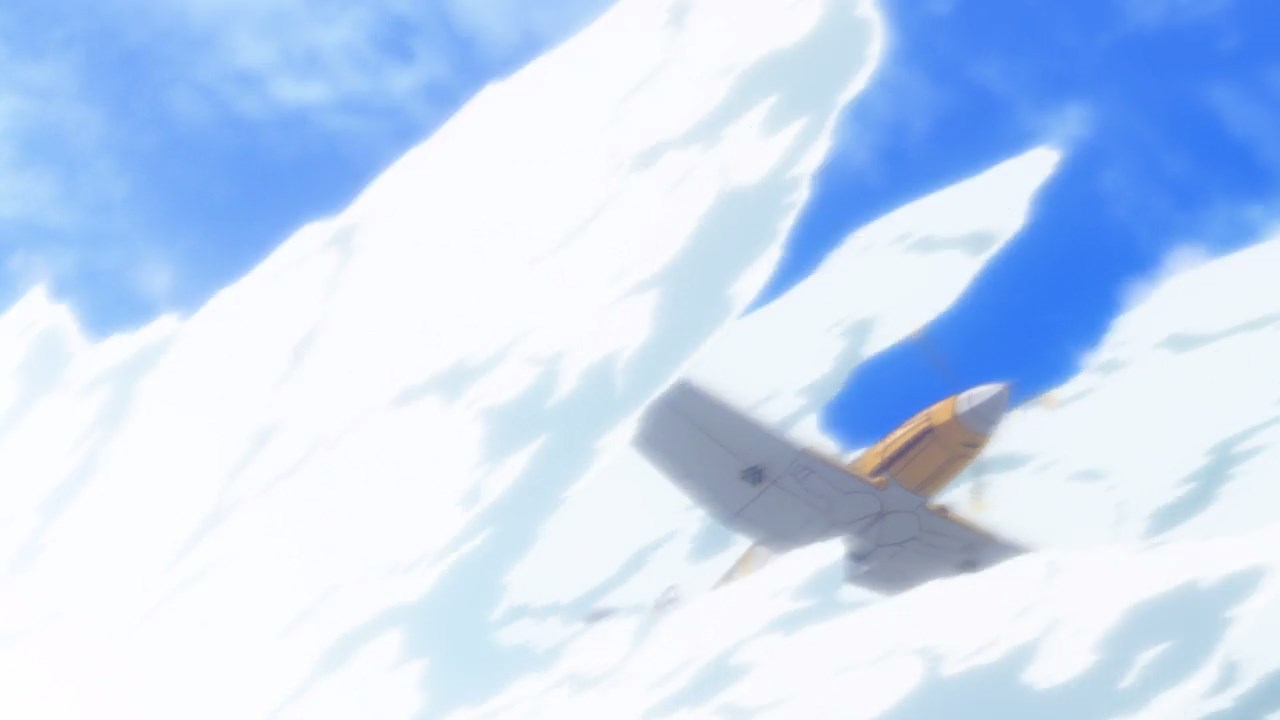 Anyways, the Whale Pillar is defeated but everyone got caught in the explosion as the core is being transformed into a tree. 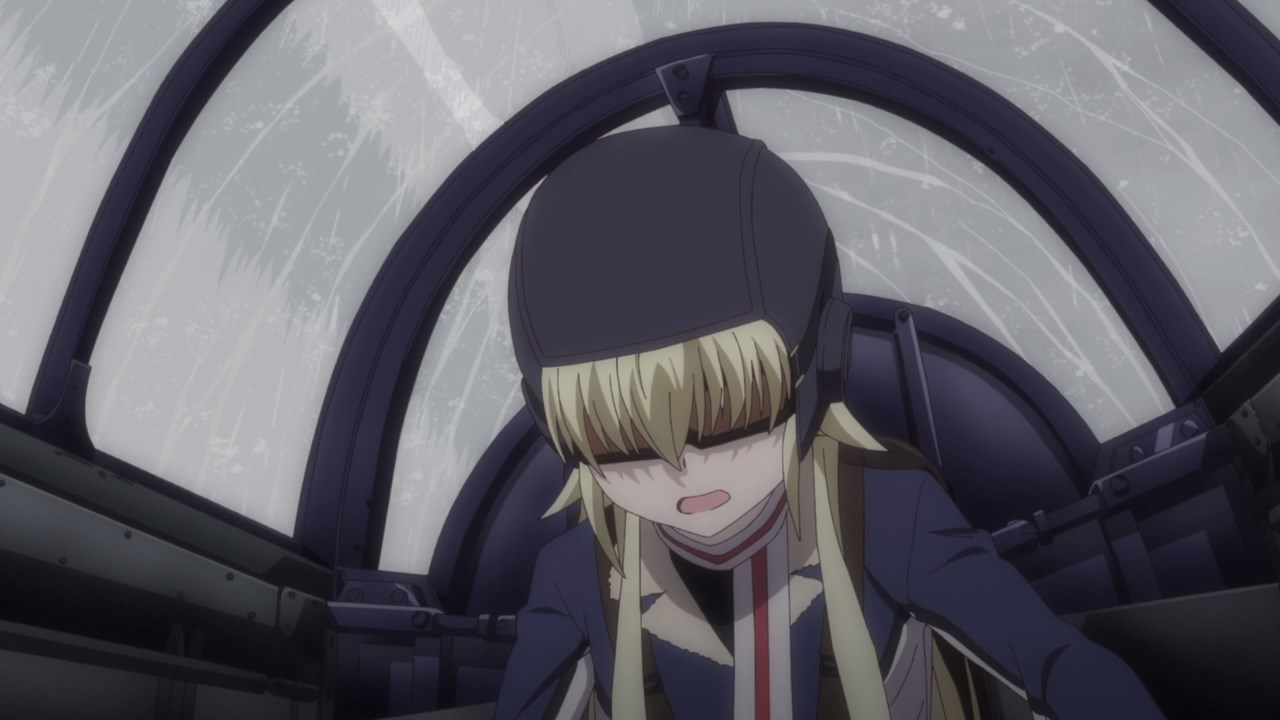 And sadly for Claudia Bruford, she feared that she’ll be the only survivor left as everyone died… or is it? 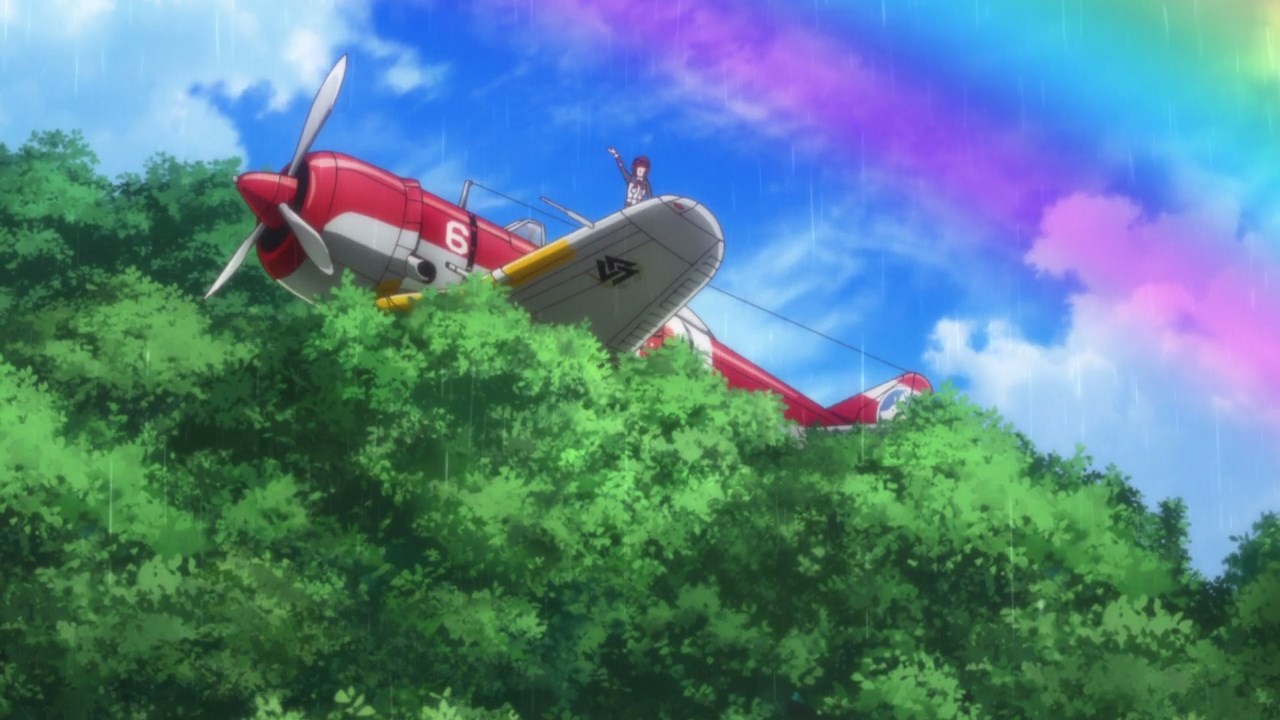 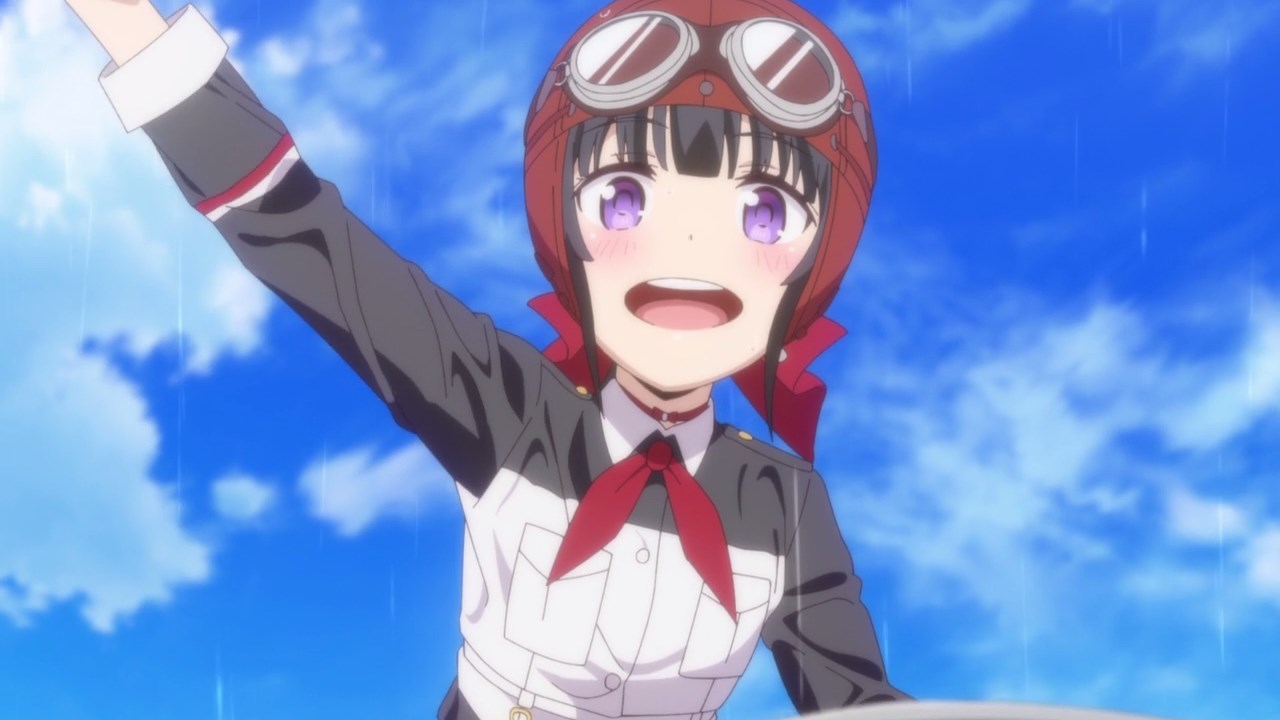 Well actually, Miyako Muguruma and the rest of the squadron are alive, although they’re currently stuck to a tree at the moment. 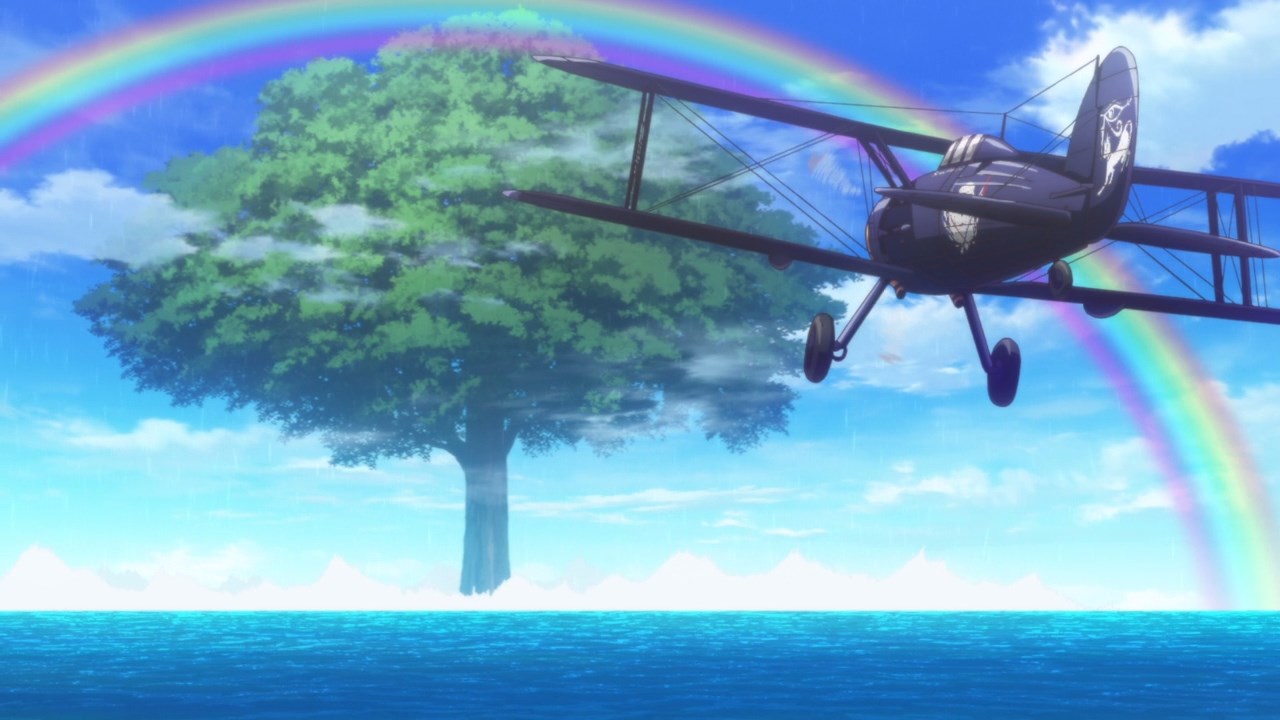 But that’s the end of the first episode and I must say that Senyoku no Sigrdrifa has the potential to be a great show.

I mean, I’m a sucker to girls piloting airplanes and engage in amazing dogfights ever since Kouya no Kotobuki Hikoutai aired in January 2019. So yeah, I’m looking forward to the next episode! 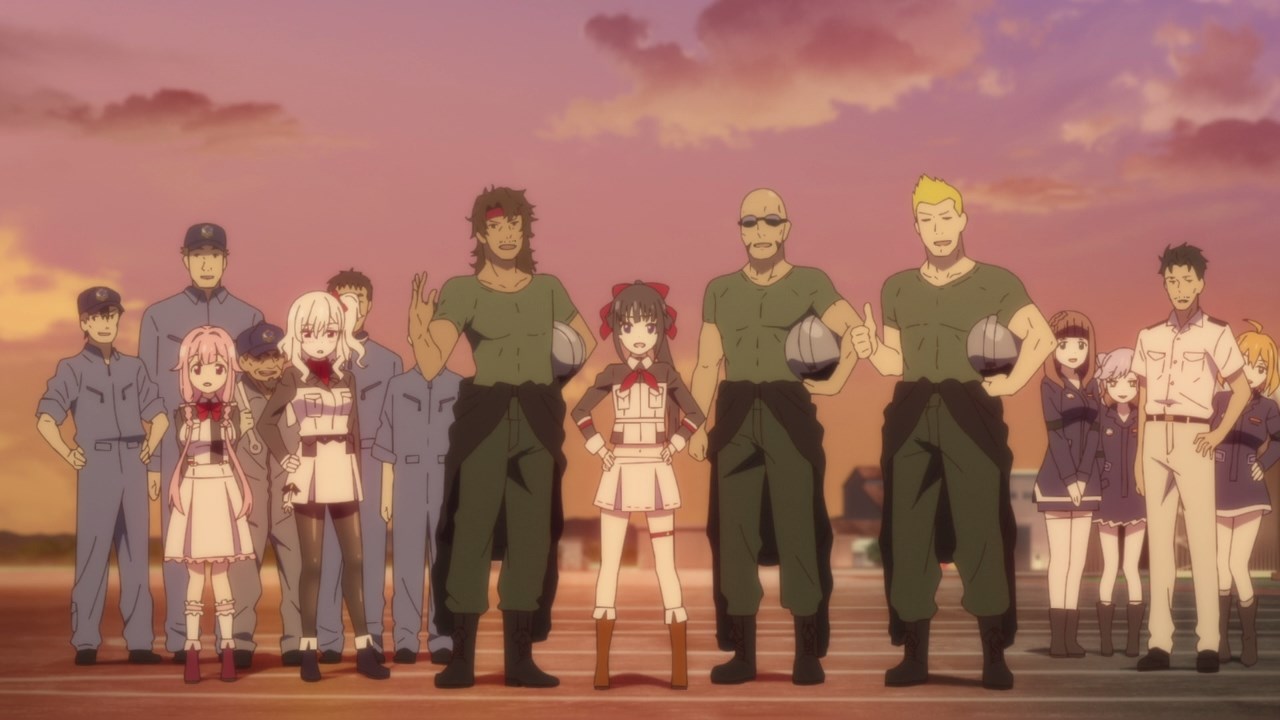 For now, everyone welcomed Claudia Bruford to Tateyama Base as they considered her as part of the family. 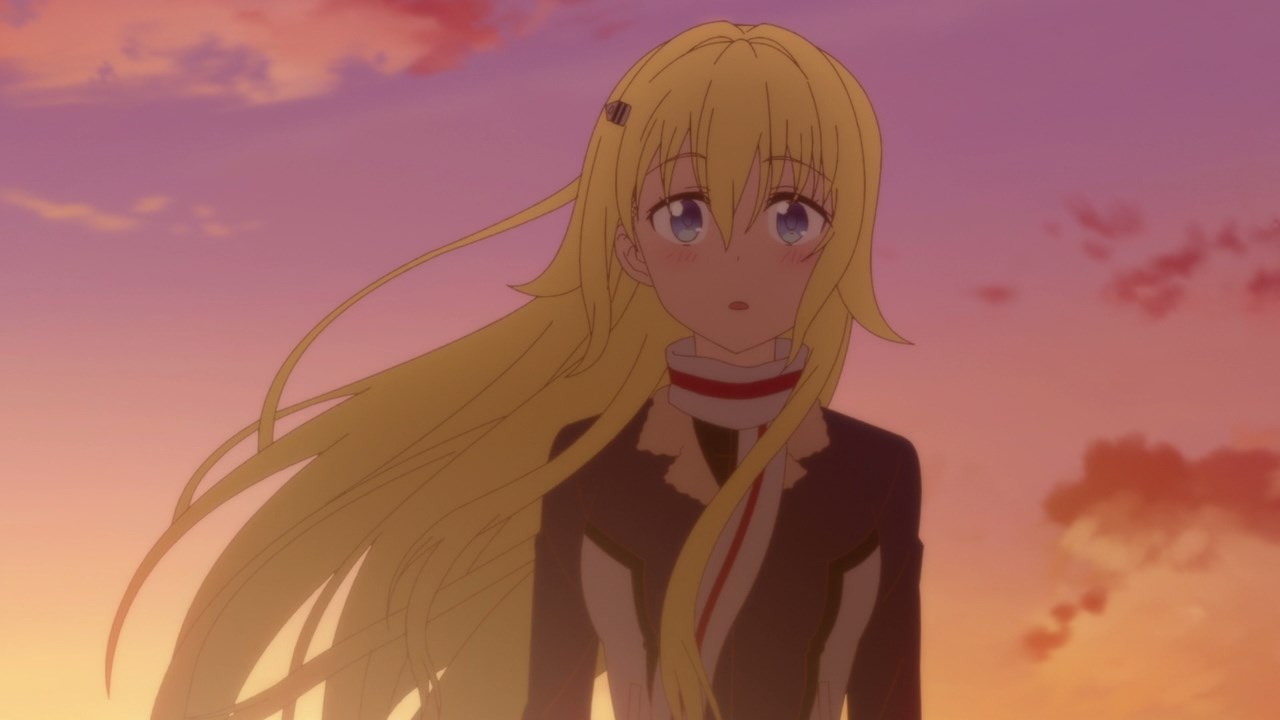 And while she’s a Named Valkyrie, I think Claudia needs a dependable companion as Miyako Muguruma and the rest will change her life forever. Anyways, see ya next time!