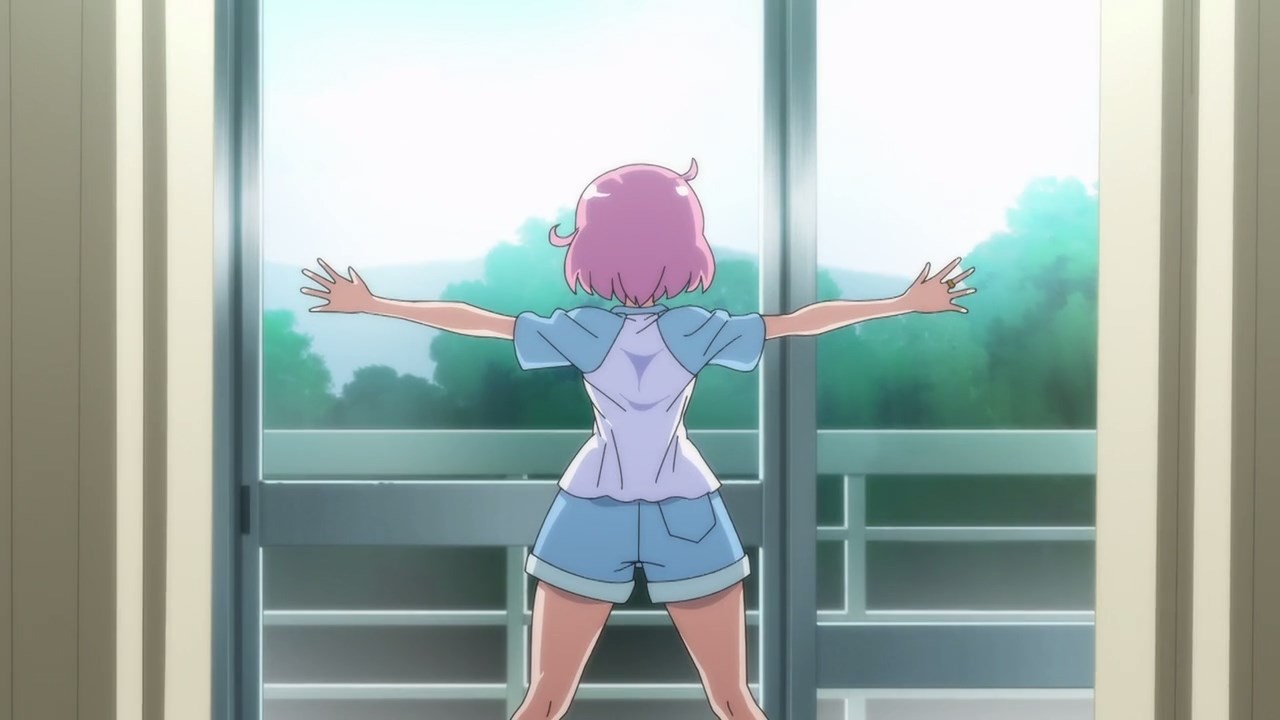 Well everyone, looks like Riri Hitotsuyanagi has adjusted well after her rocky first day in Yurigaoka Girls’ Academy. I mean, she’s ready to begin her journey as a Lily 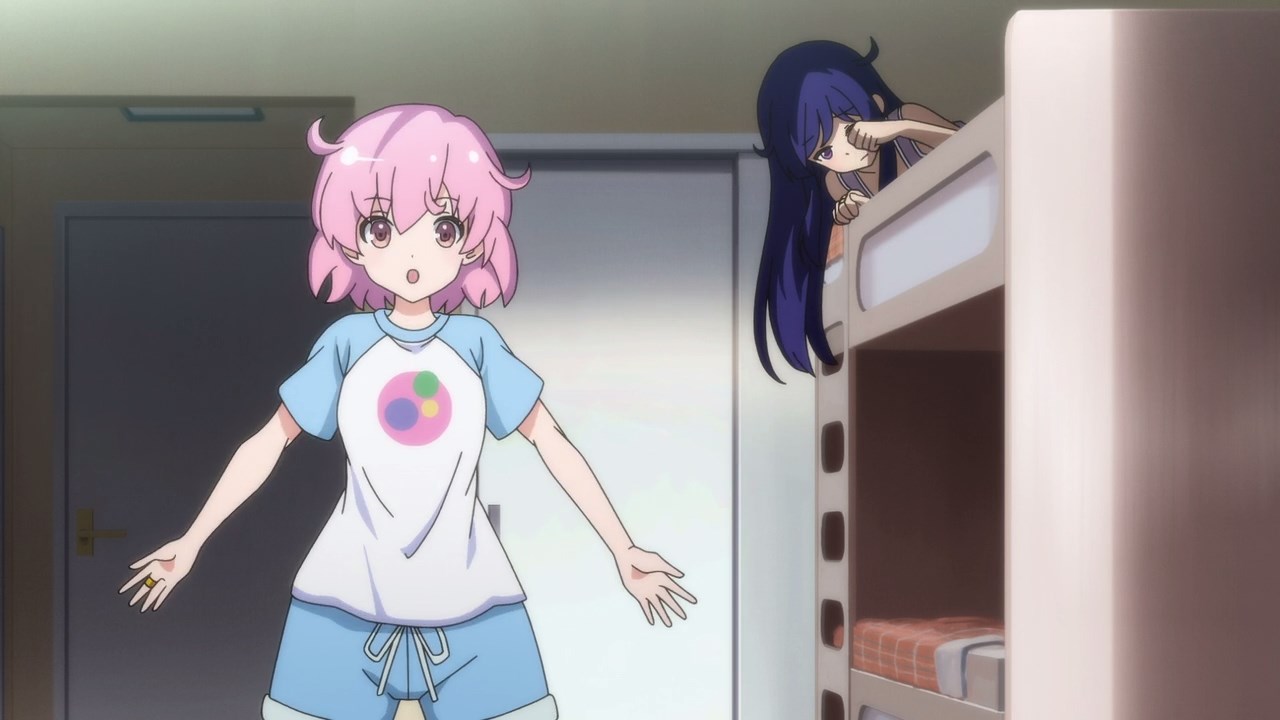 Oh yeah, and Riri got a roommate in the form of Shizu Itou who is somewhat a honor student. Man, I thought she was Yuyu Shirai. 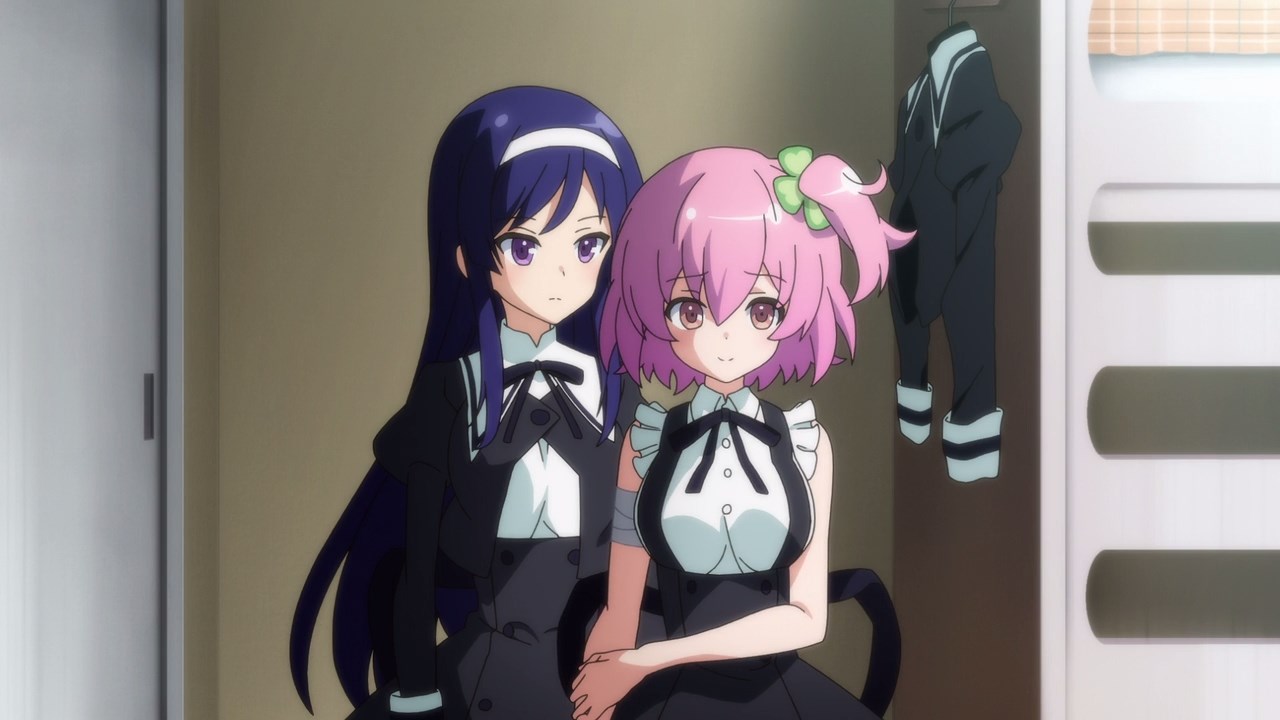 But hey, at least Shizu can take care of her roommate as she tidy up Riri’s uniform. Then again, she can’t be a partner to Hitotsuyanagi since Itou is a 1st-year student. 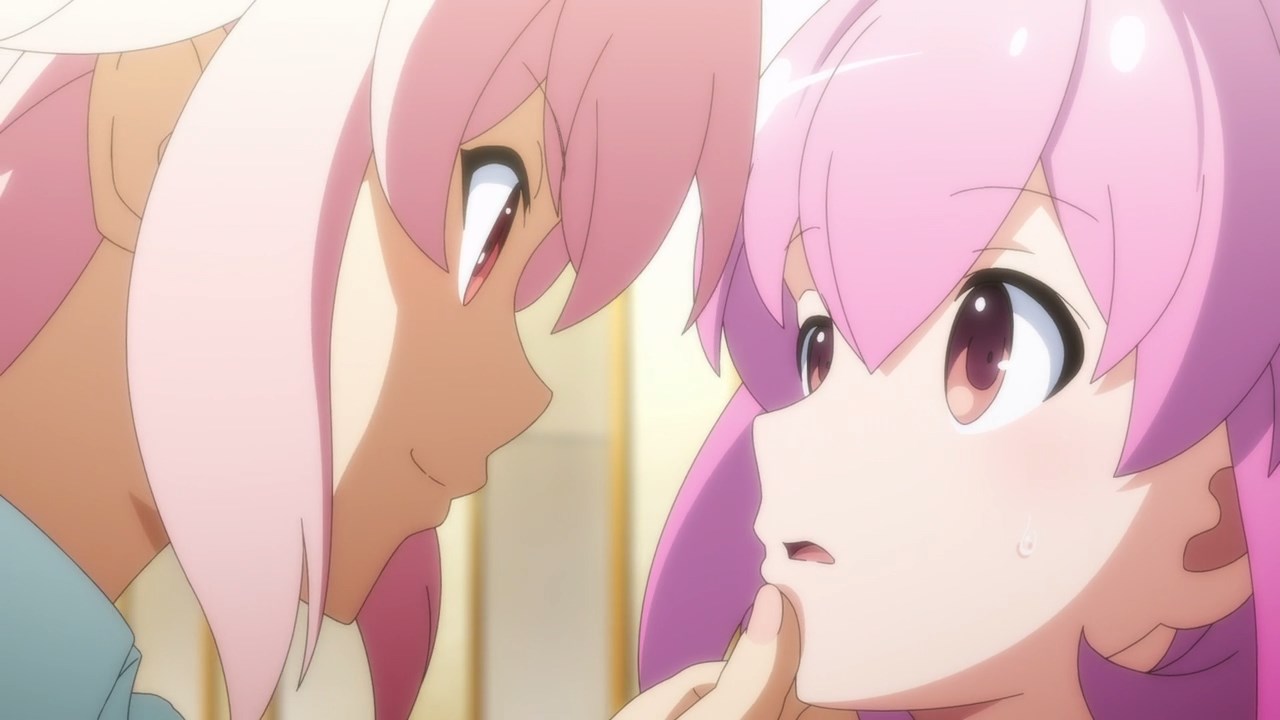 By the way, here’s Araya Endou where she sets her sights on Hitotsuyanagi after she managed to defeat a HUGE on her first day. Oh Araya, please don’t prey on Riri! 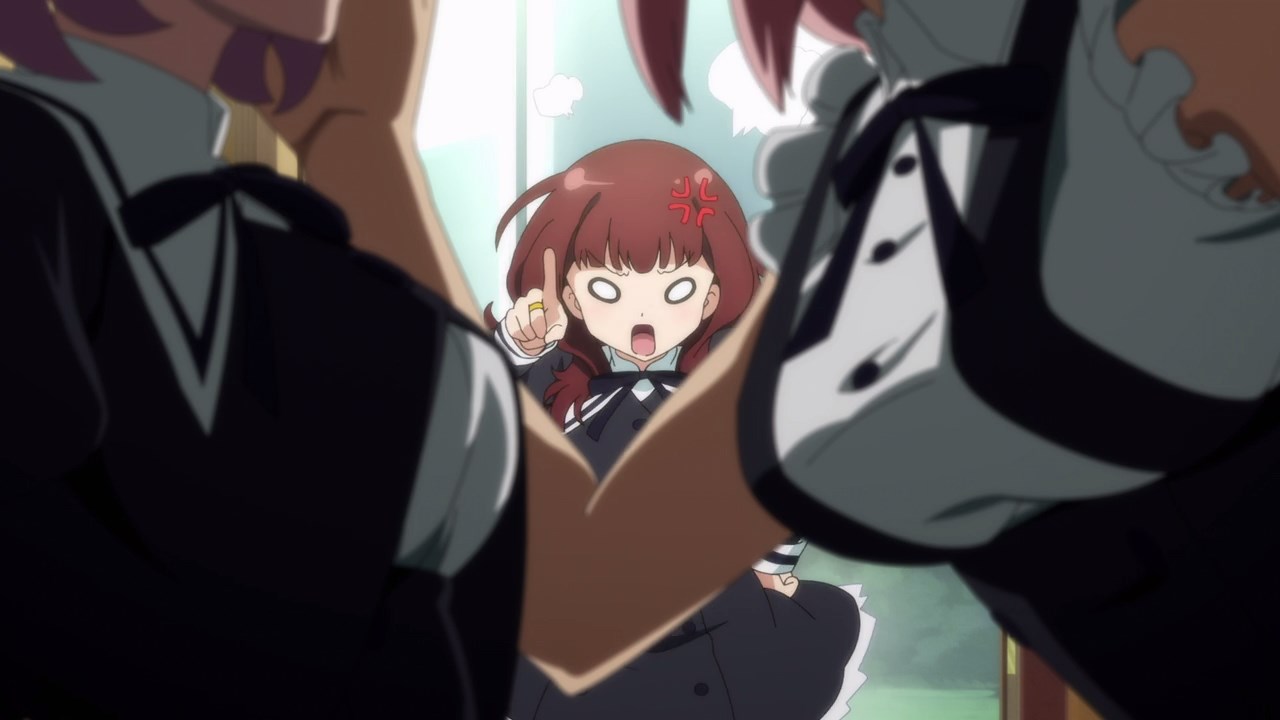 Fortunately, Kaede Johan Nouvelle has arrived to stop Araya Endou’s advances. Come to think of it, is she supposed to make a contract with Yuyu Shirai? 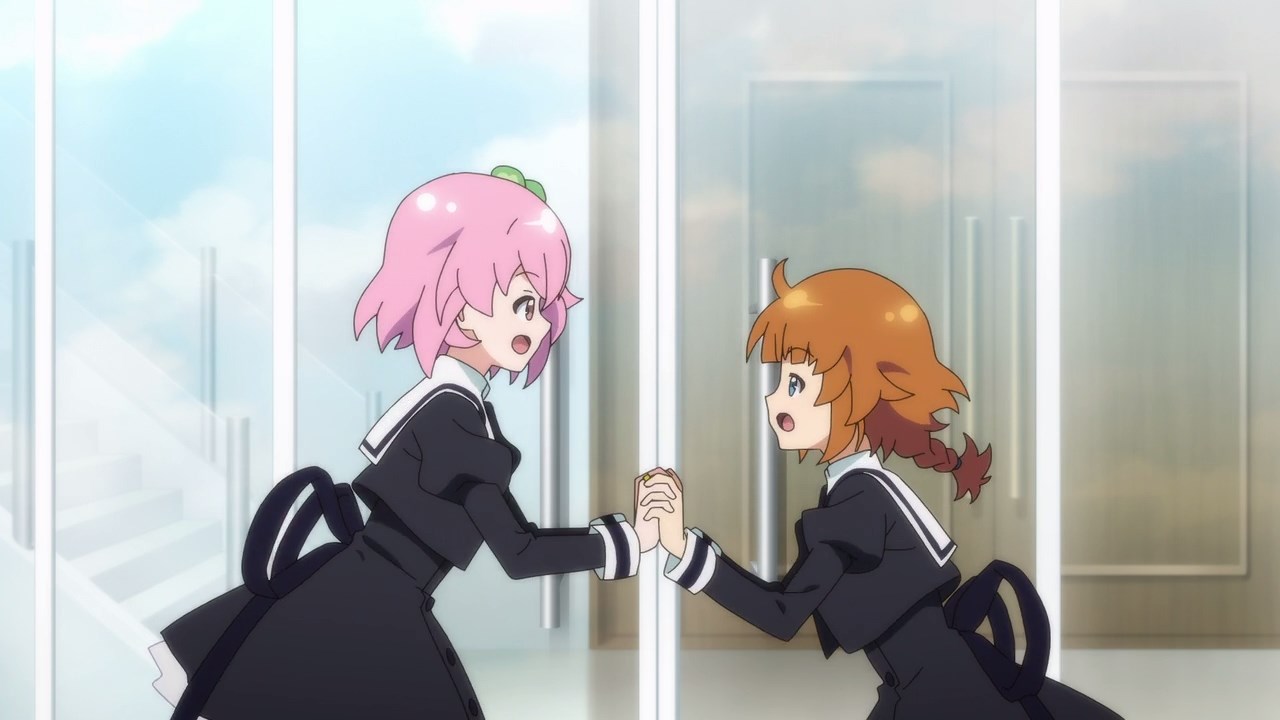 One more thing, I would like to introduce you to Fumi Futagawa where she’s very happy that she’ll spend her time with Riri Hitotsuyanagi on the same class.

By the way, Fumi Futagawa is somewhat of a Lily otaku where she’s knowledgeable when it comes to CHARMs, the strongest Lilies, everything that you can ask of her. 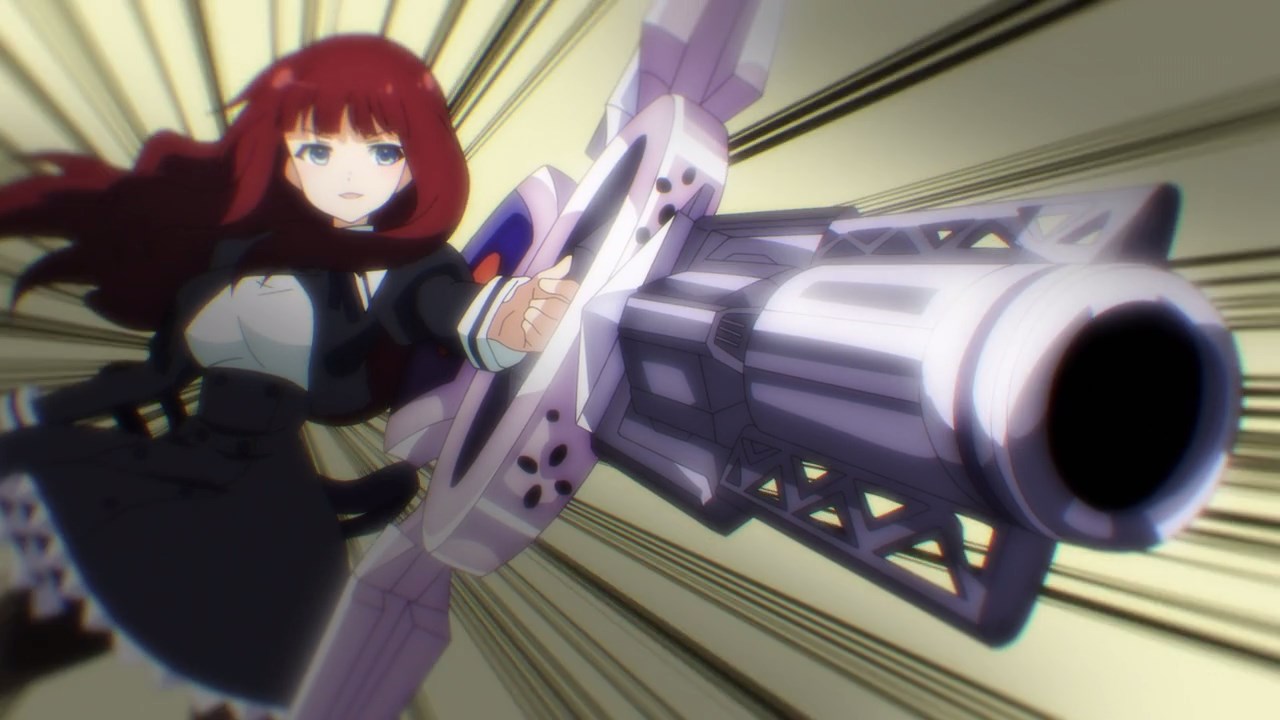 As you can see, Kaede has access to the latest CHARM that’s well-suited for her fighting style. Oh yeah, some CHARMs can transform into a gun or a sword depending on the situation. 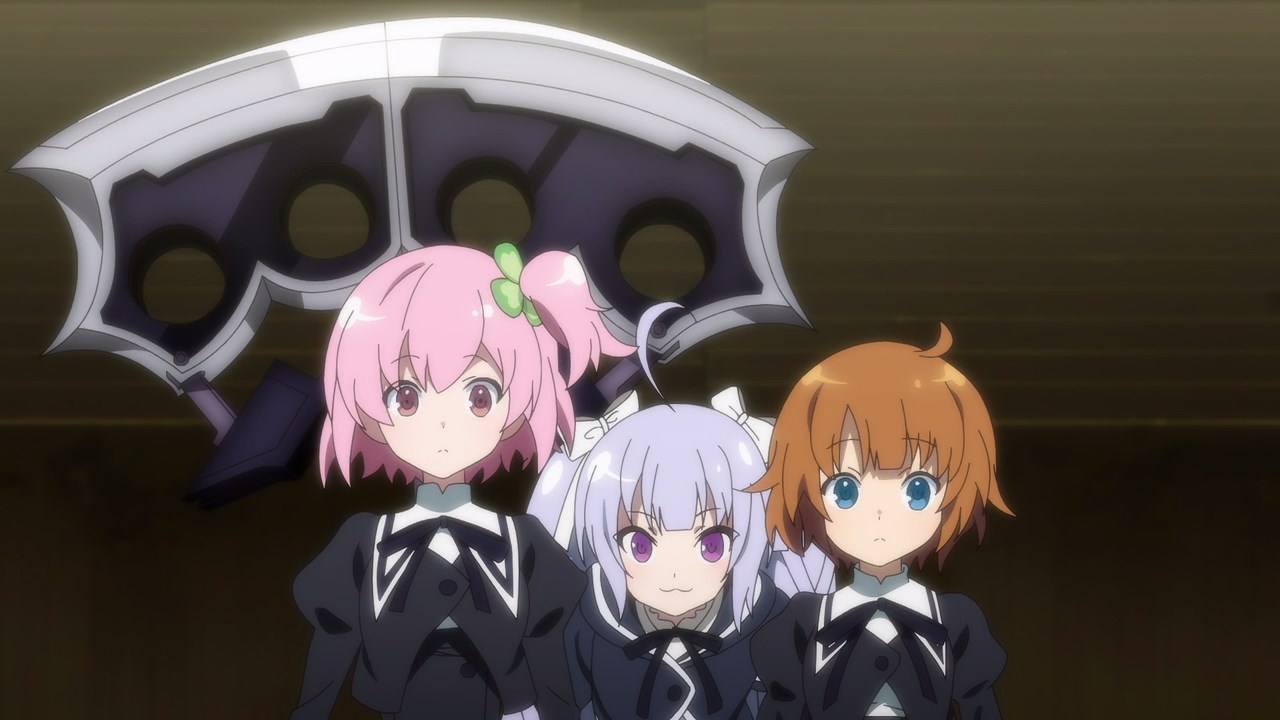 By the way, there’s more character introduced on this 2nd episode as Miriam Hildegard von Globius has arrived as she’s very excited towards the 1st-year students and their potential combat skills. 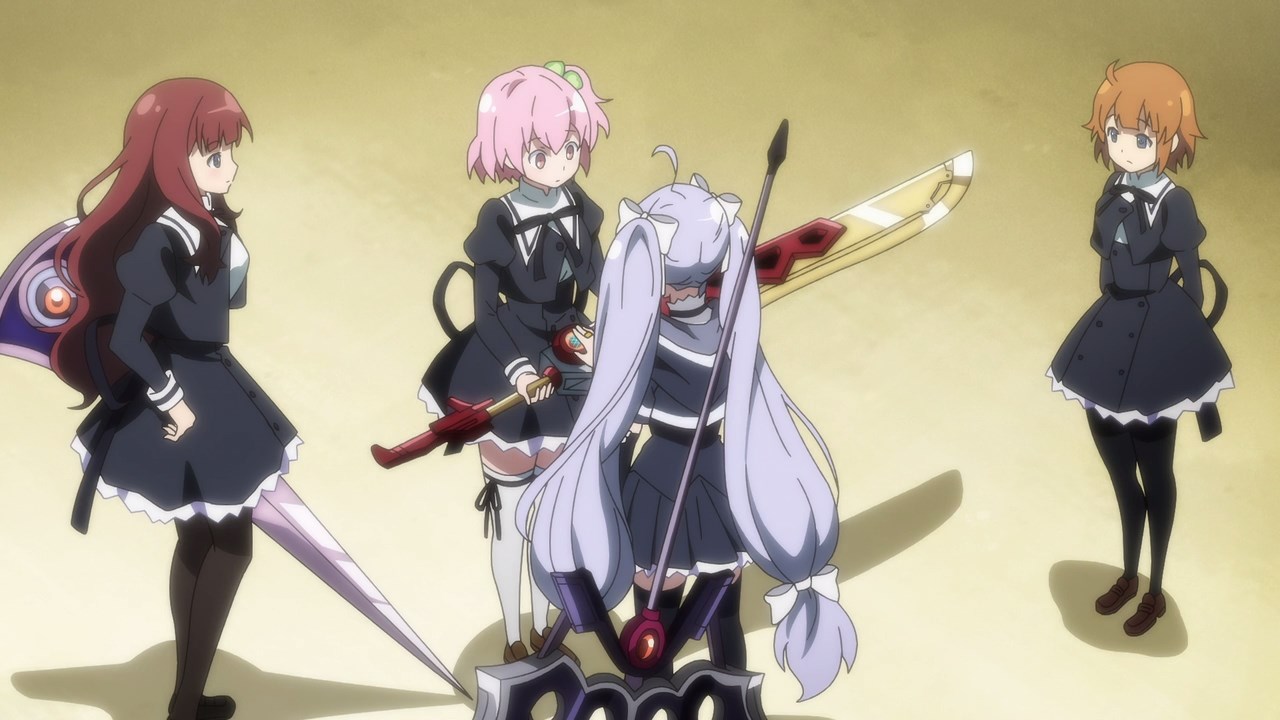 Also, Miriam can modify CHARMs into better weapons as she’s welcome to make a tune-up to Riri’s Yggdrasil Gungnir, like reducing consumption of its energy or Magie as it’s called in this show. 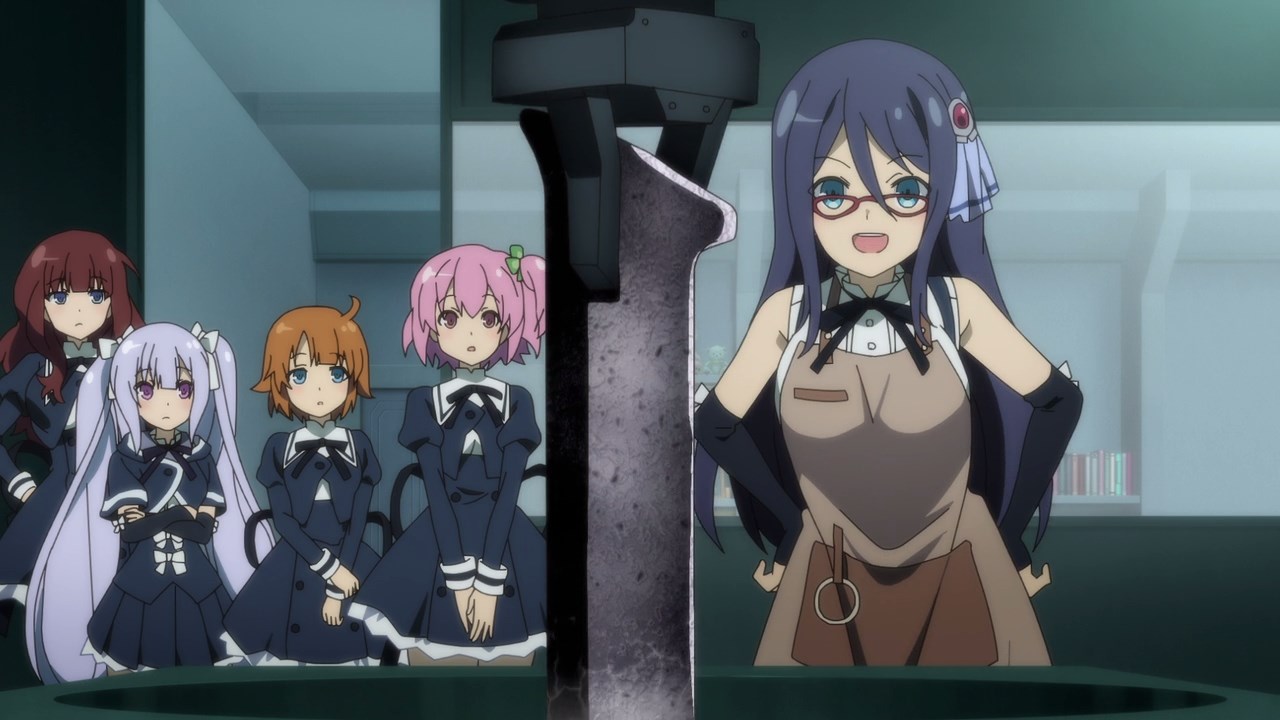 But if you need a complete overhaul, 2nd-year student Moyu Mashima will take care of that as she can repair broken CHARMs.

Then again, making one from scratch is not her suit as Moyu makes duds most of the time. 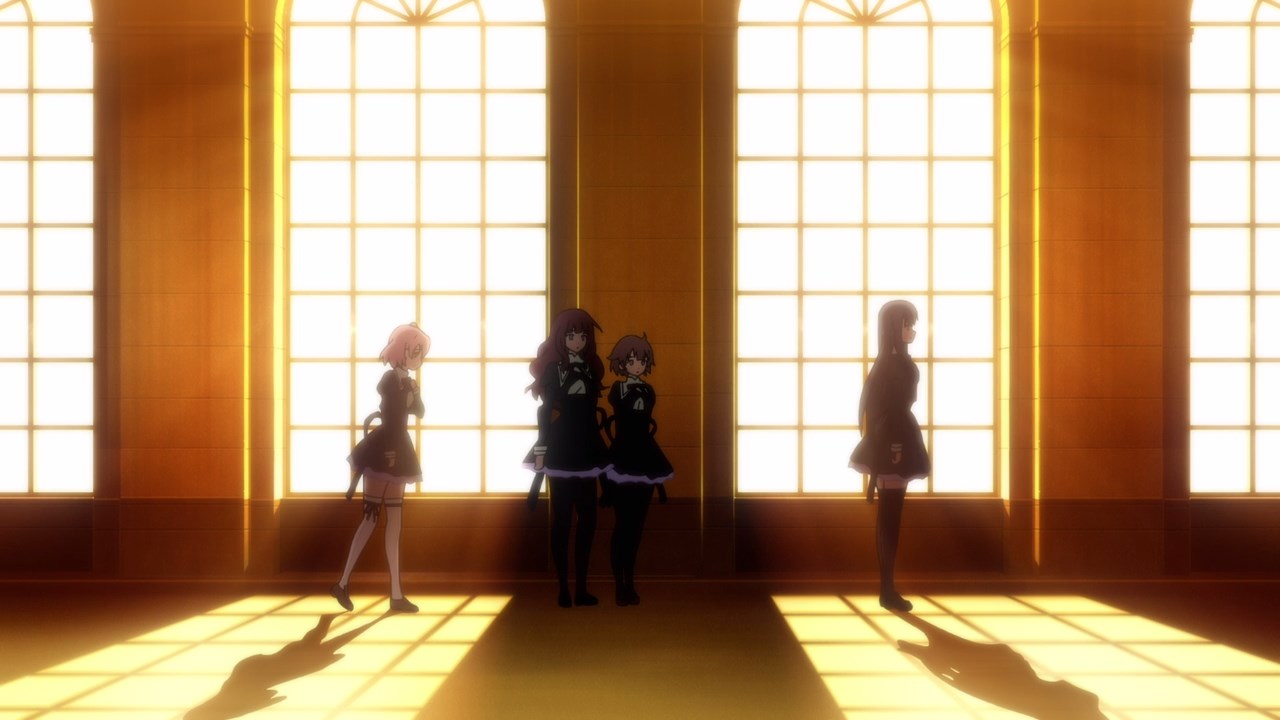 Now then, looks like Riri Hitotsuyanagi managed to find Yuyu Shirai as she wants to make a contract with Shirai as her Schild. I mean, it’s a tradition for upperclasswomen to act as the Schutzengel to the juniors. 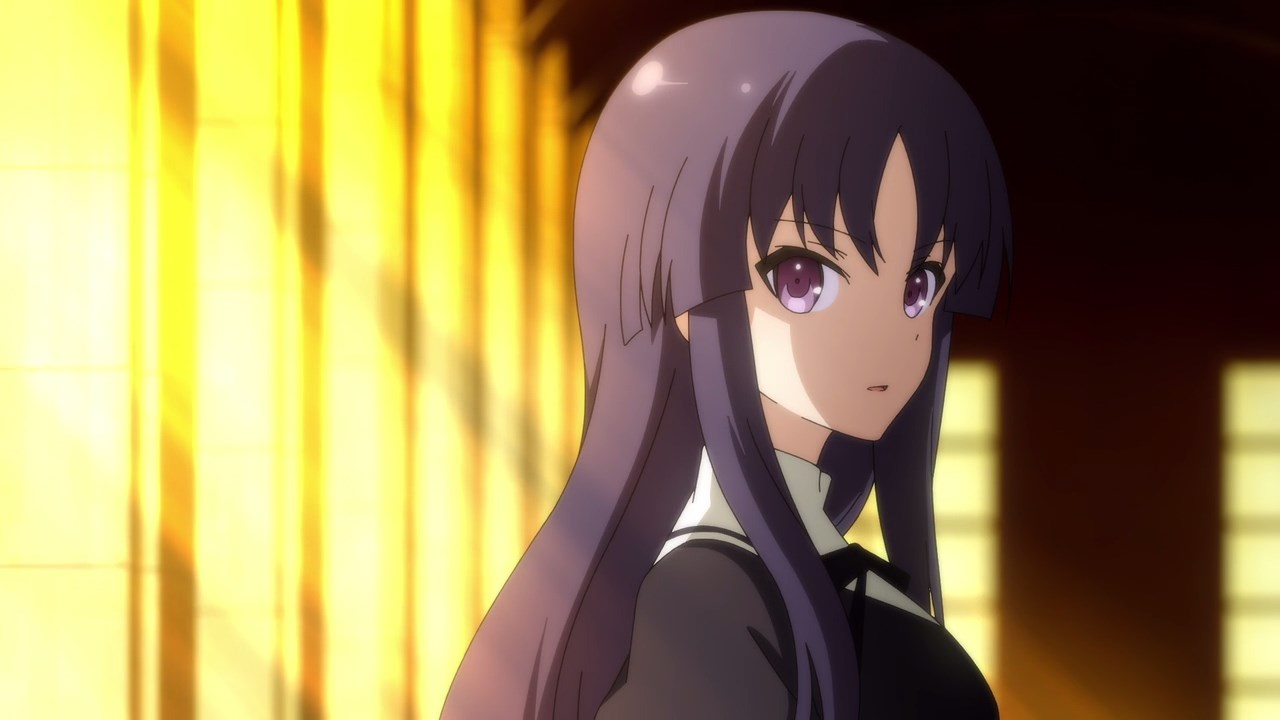 But, Yuyu declined Riri’s offer as she doesn’t want Hitotsuyanagi to slow her down. Really Shirai, you hurt her feelings you ungrateful bitch! 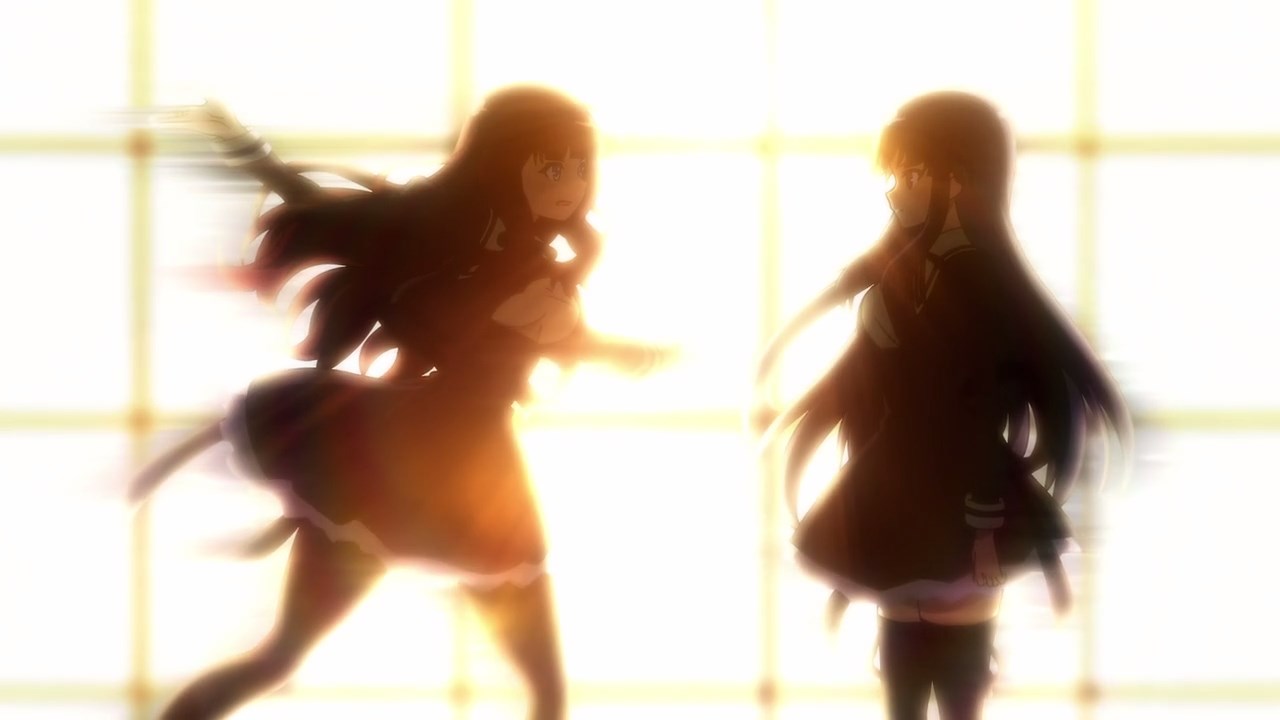 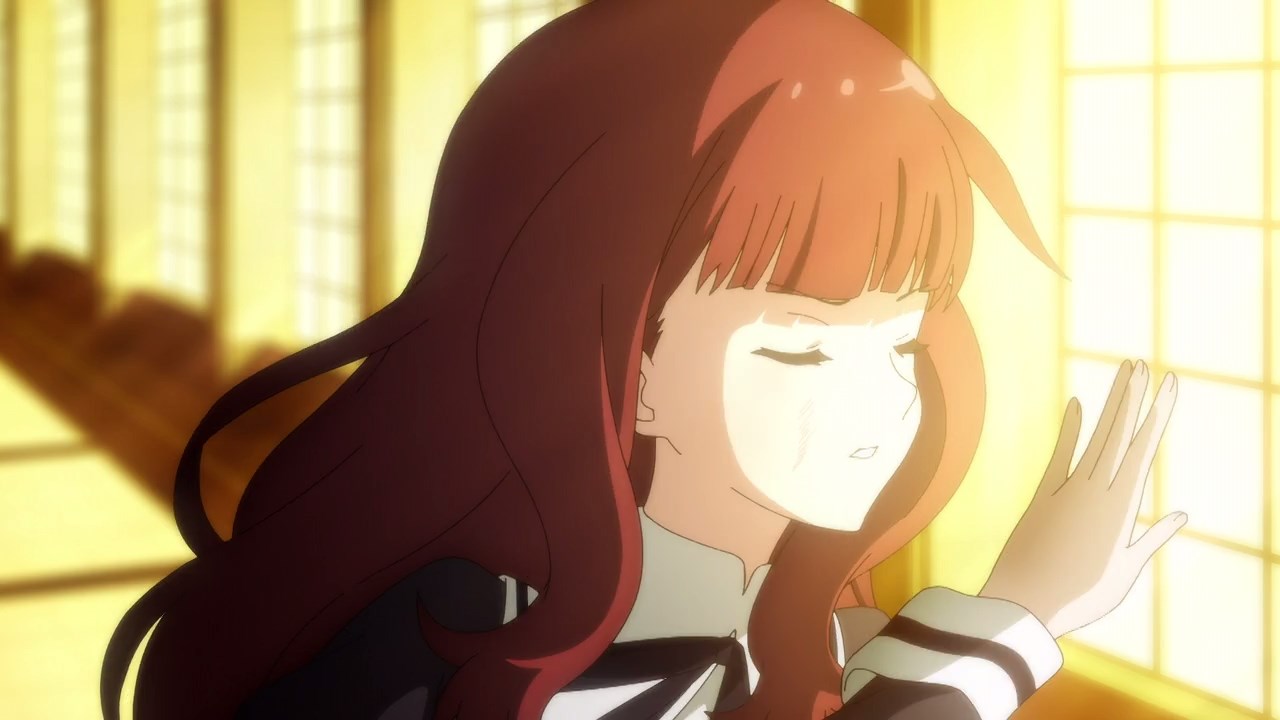 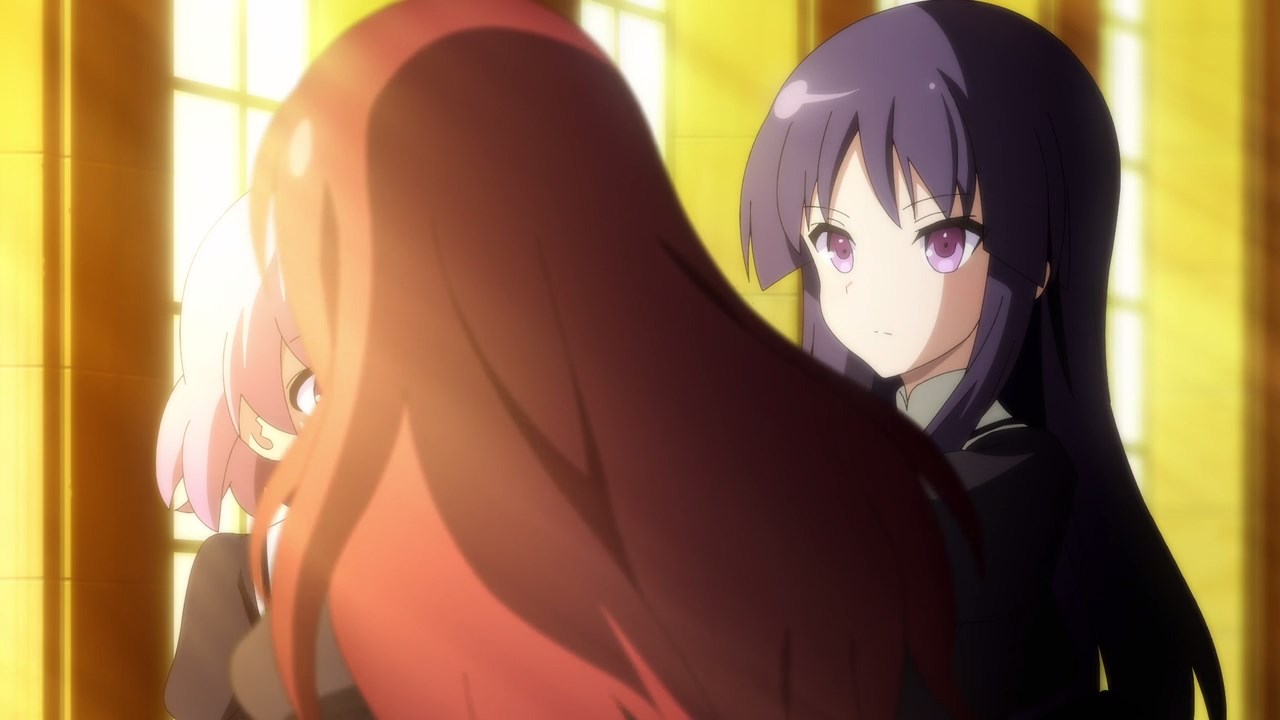 Except that Yuyu parried it and slap Kaede instead. Actually, Riri tried to stop them but to no avail. 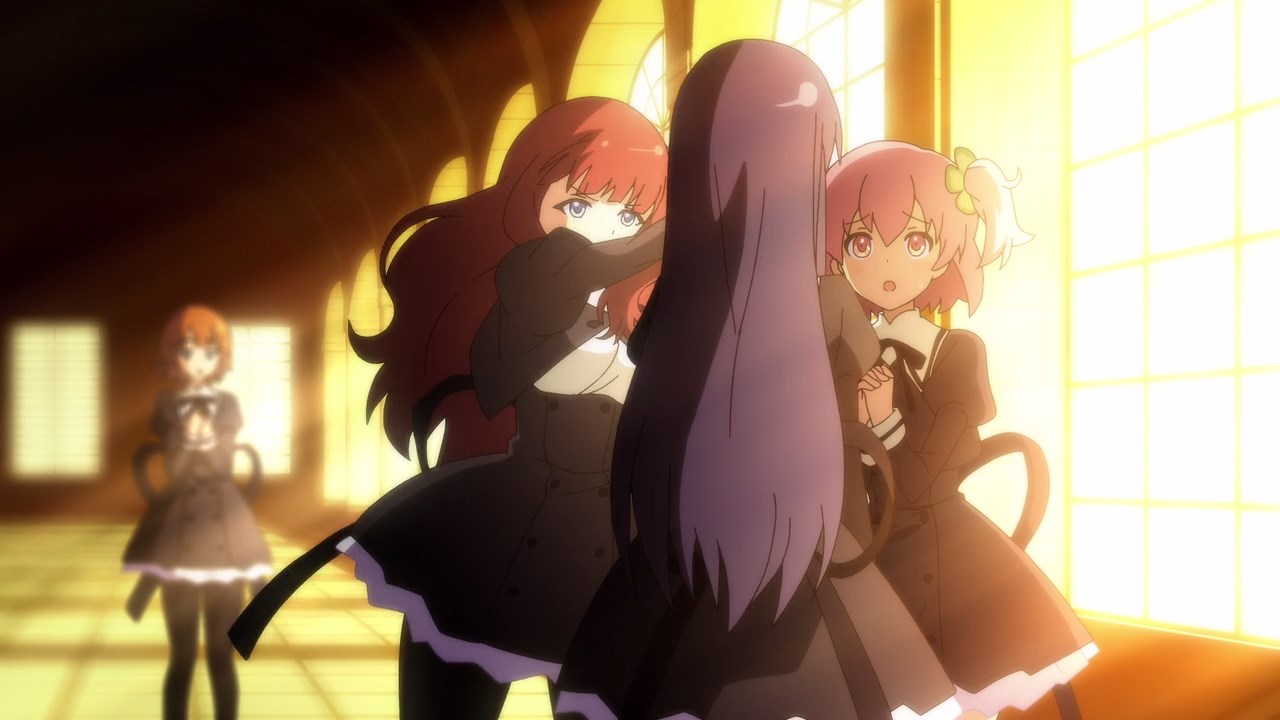 Of course, that made Kaede angry even more as she delivered a devastating slap. 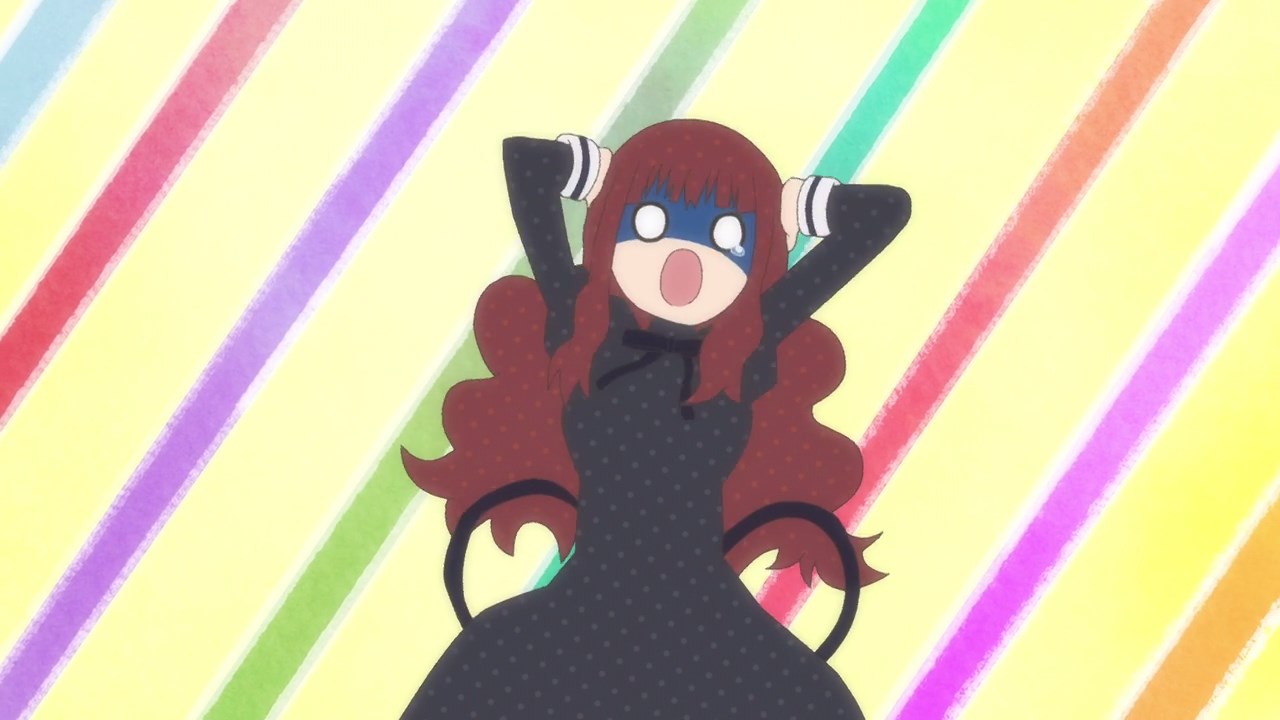 On second thought, it appears that she went too far as Nouvelle might get punished very hard… except that it didn’t happen as Shirai decides to become a Schutzengel to Hitotsuyanagi. 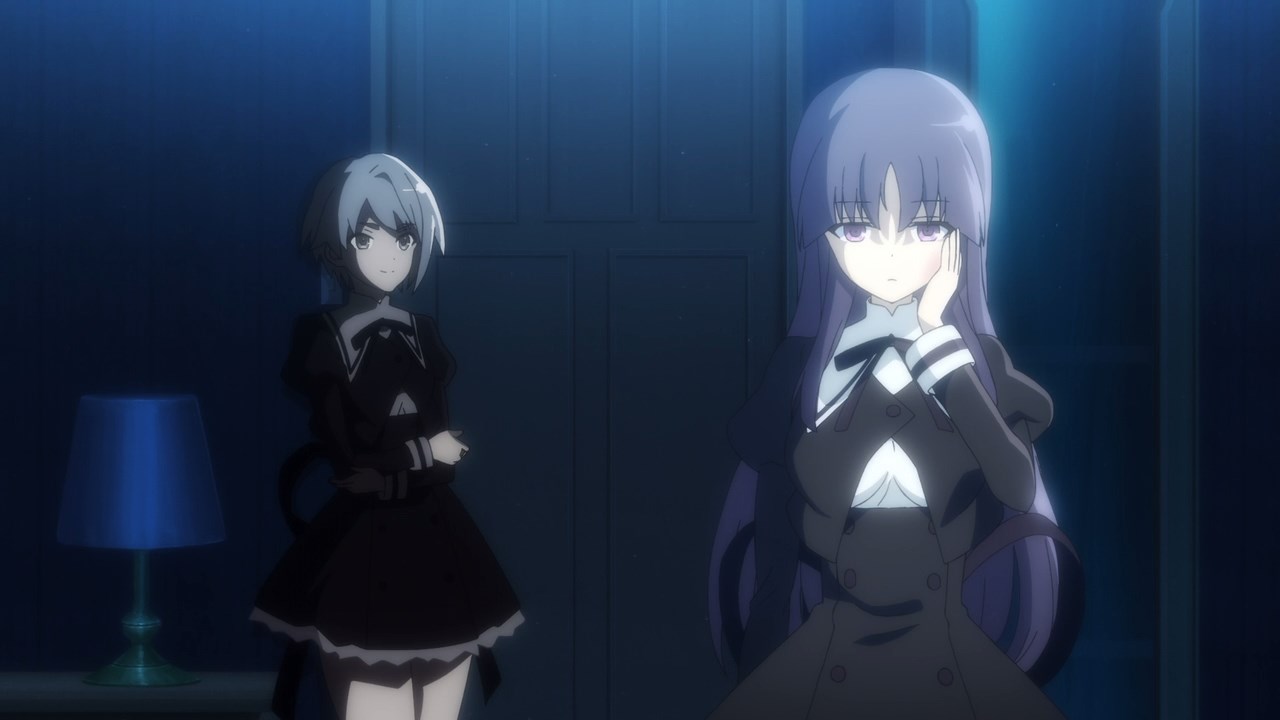 Of course, Yuyu Shirai might have second thoughts about it as she might fail to protect Riri Hitotsuyanagi. One more thing, I wonder if Yuyu’s partner is actually alive ’cause she’s always there at her room?

But you know what, I’ll find some answers on the next episode but man, it’s yuri overload on the second episode, especially when Araya Endou puts her hand to Riri’s chin.