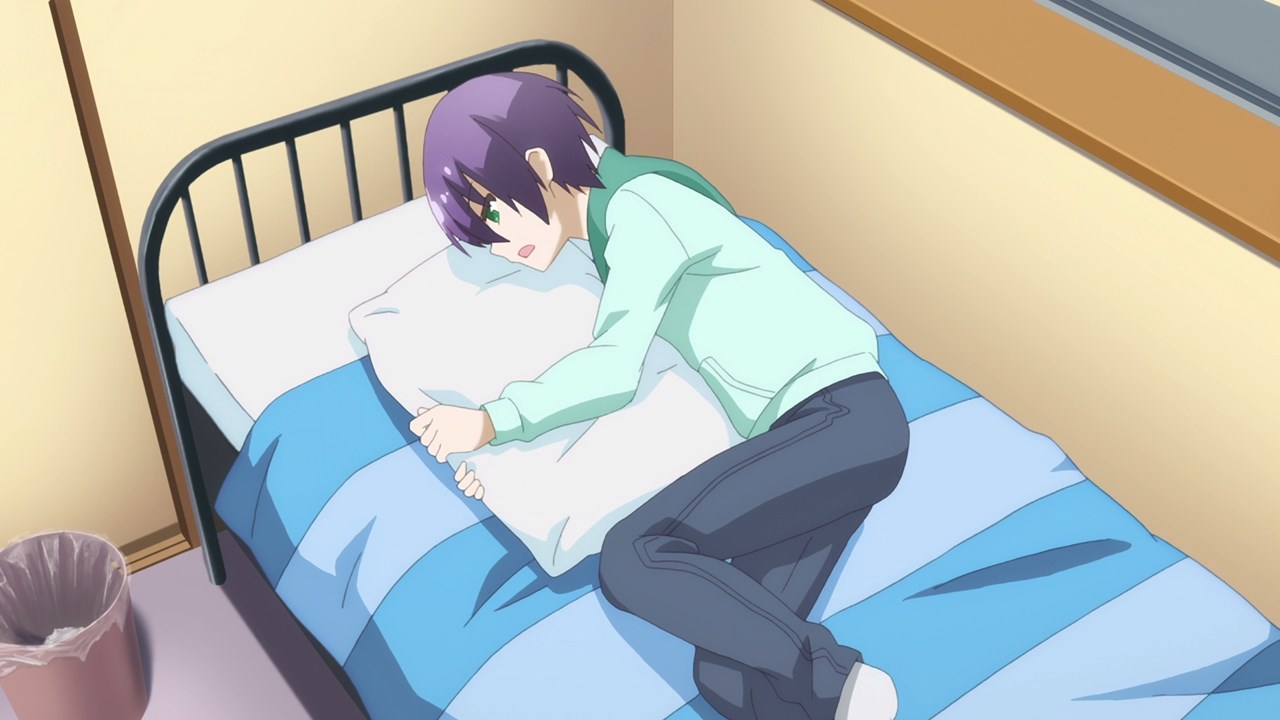 Well, this is gonna be the most awkward night every after registering as a married couple.

You see, Nasa Yuzaki only has one bed and he’s having trouble sleeping with Tsukasa Tsukuyomi… or should I say Tsukasa Yuzaki since he’s married to her. 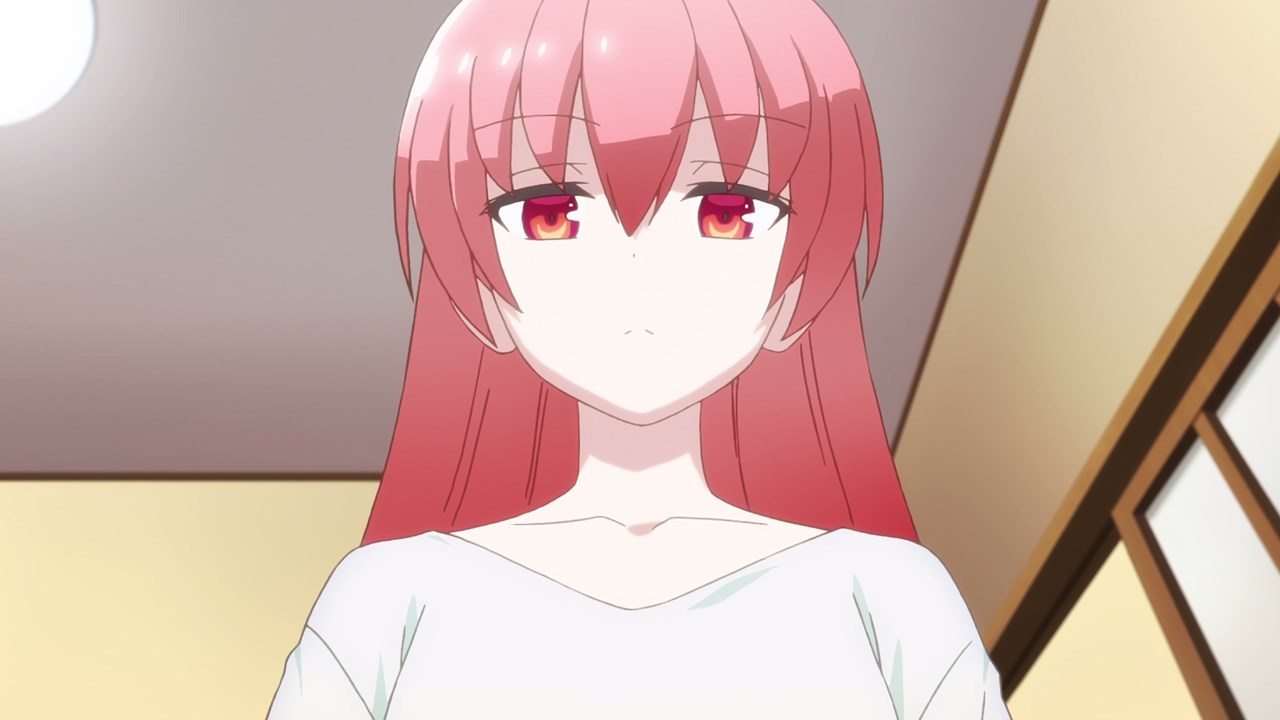 Speaking of Tsukasa, it seems that she has a solution when it comes to sleeping under one roof. Oh and Nasa doesn’t need to replace his bed with a bigger one at that. 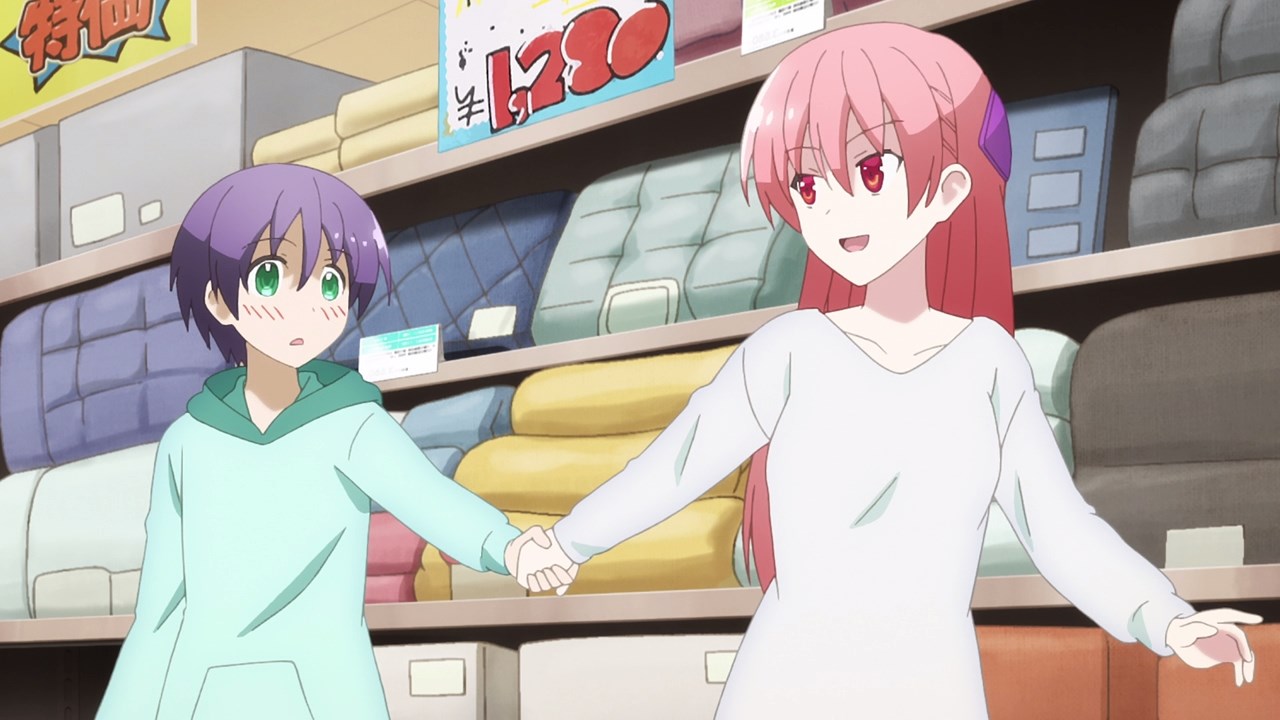 So, they went to Don Quijote where they find a futon for Tsukasa. I mean, she can’t stay at a capsule hotel forever as Tsukasa wants to stay at Nasa’s small apartment.

While I have a feeling that Tsukasa will tell her the truth on why she can’t return to her original home someday, they finally bought a futon as it’s time to head home. 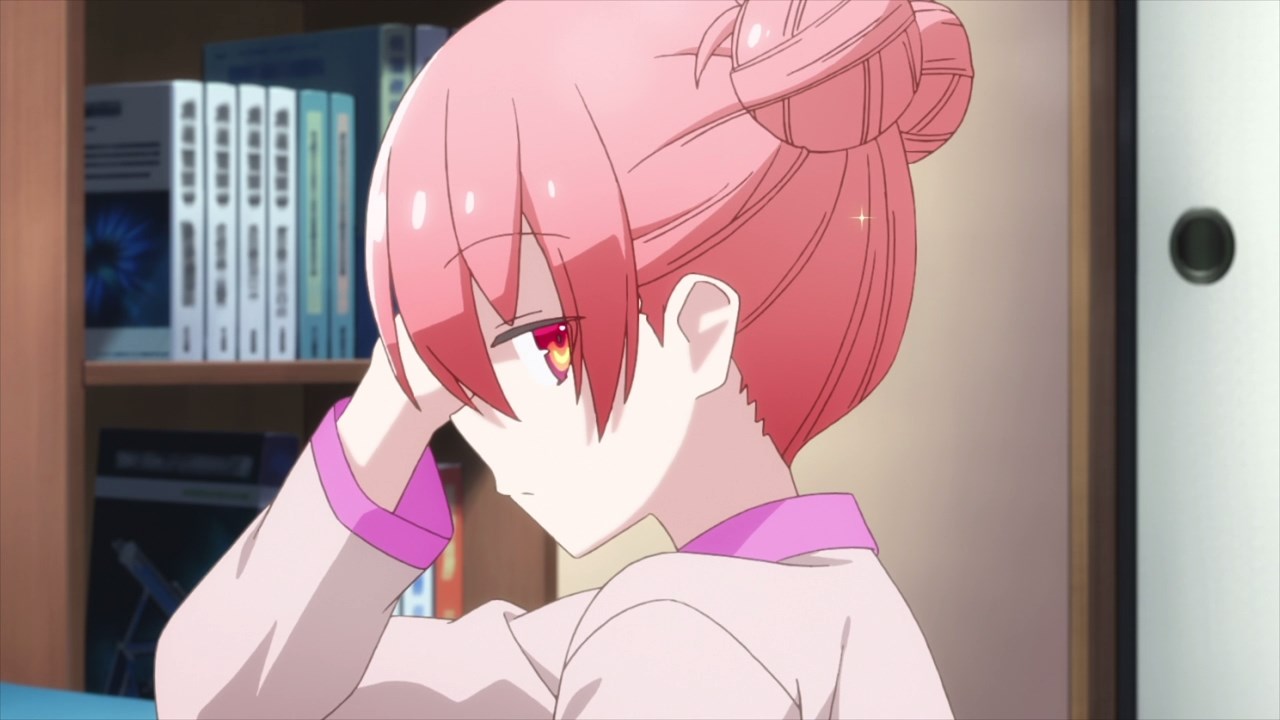 Oh and here’s Tsukasa in her pajama, complete with hairbuns in which Nasa found it cute. Well, I hope that they’ll have their first night together! 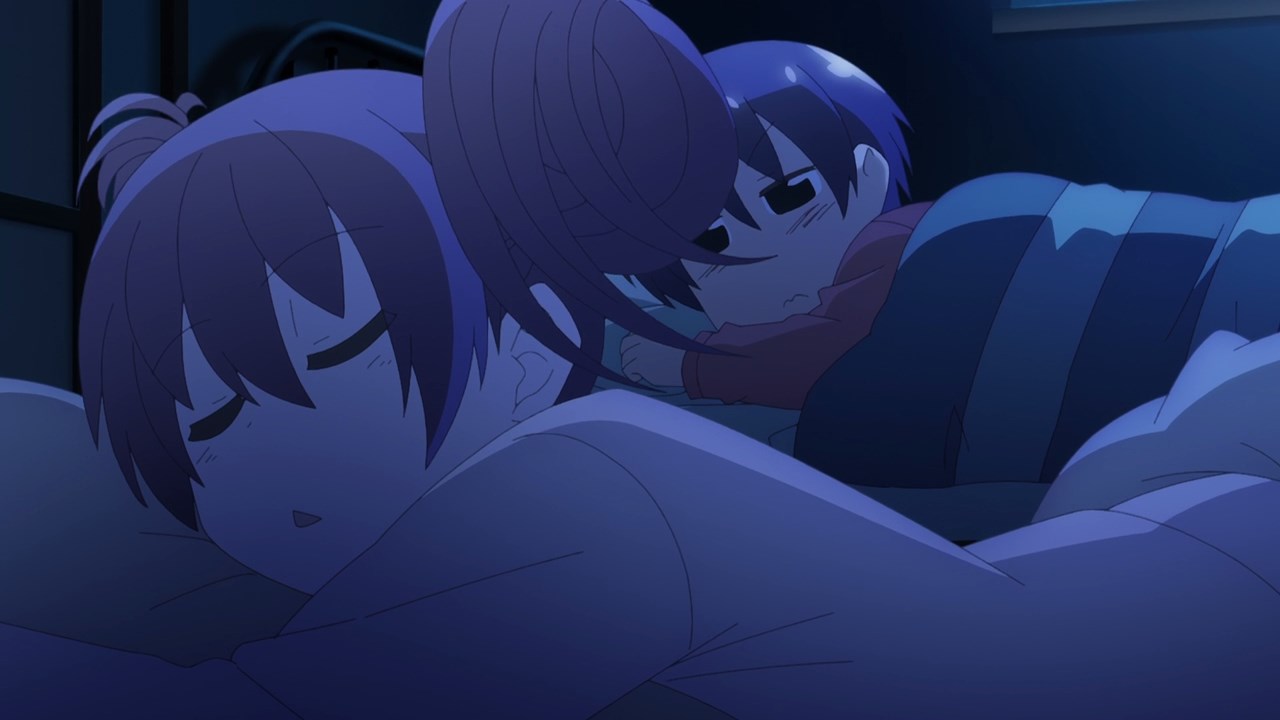 Well, don’t expect it to be lewd as it’s just a normal night, although Tsukasa trashes most of the time while she’s sleeping.

Oh and as for Nasa, he can’t sleep well because Tsukasa is sleeping beside him. I hope he get used to it in the future. 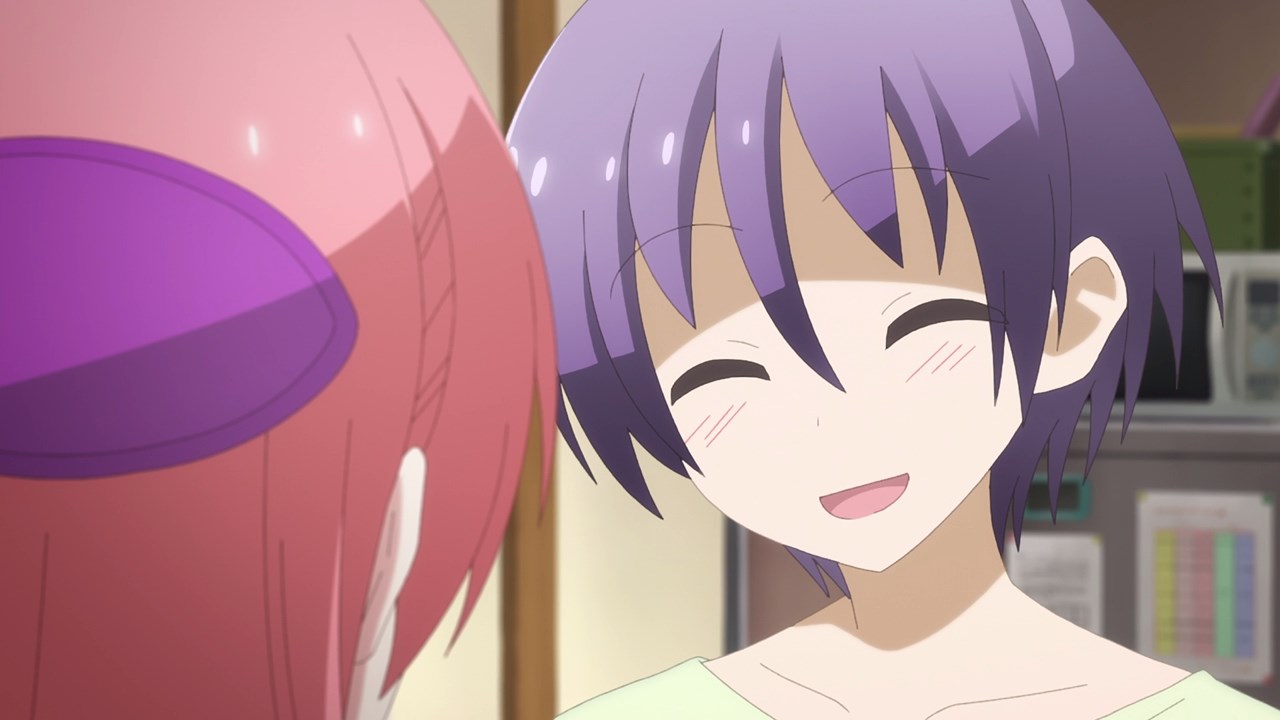 One last thing, it appears that Nasa has decided to call his wife as Tsukasa-chan ’cause calling her as Tsukasa-san is a bit formal. 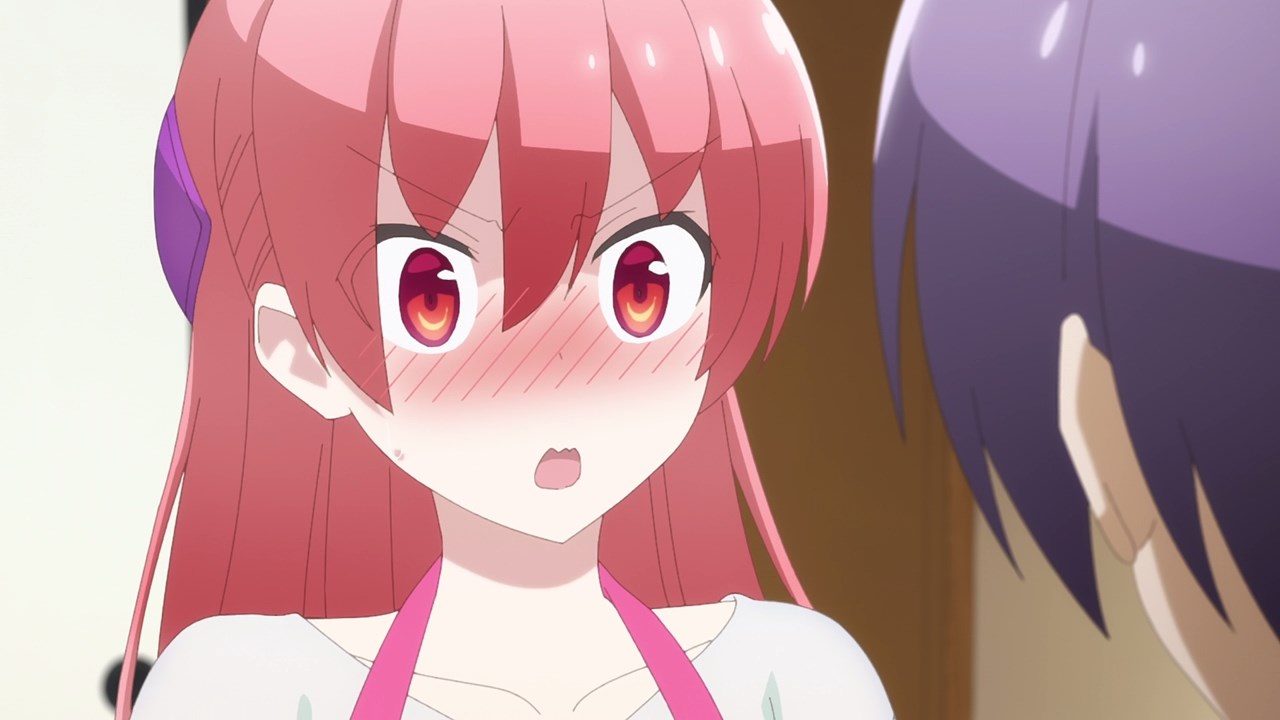 On the other hand, it appears that Tsukasa got tsundere when Nasa added a “-chan” honorifics to her name. I hope she get used to it in the future.

And that’s the end of the second episode and while it’s a bit awkward, I would say that Nasa and Tsukasa will adjust their lifestyle as a married couple. I mean, they’re so cute together!