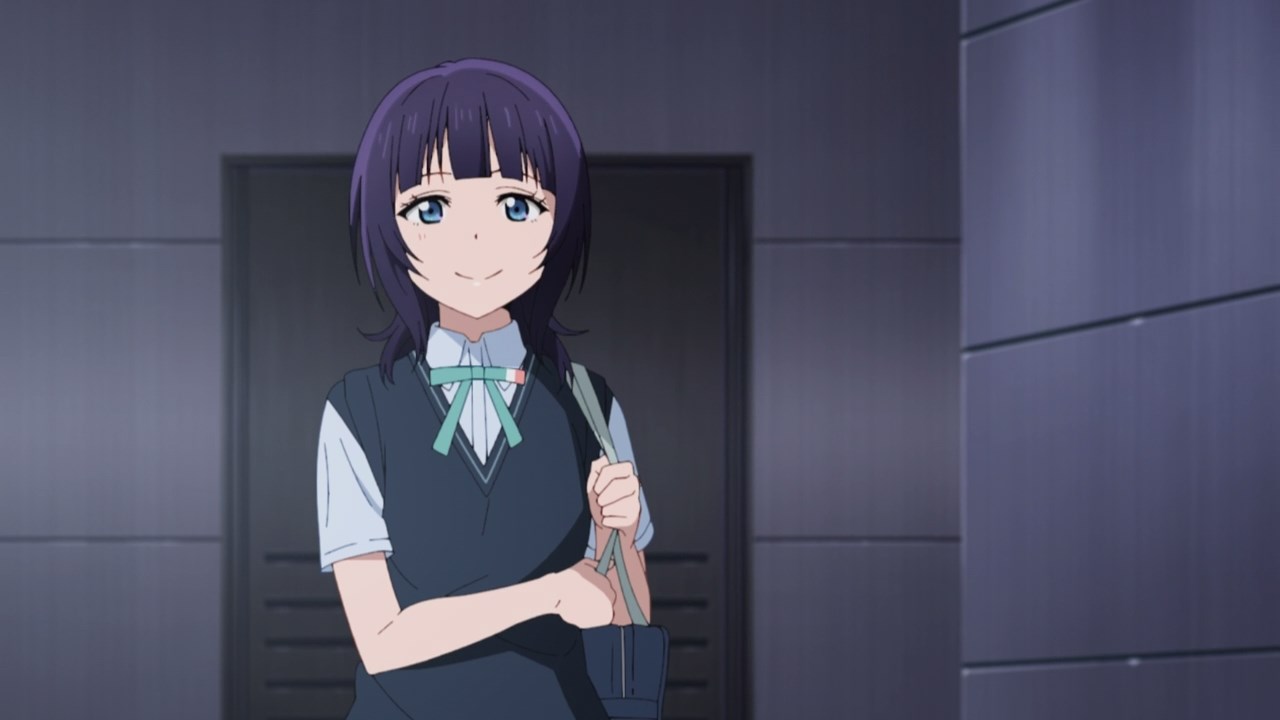 Oh look, it’s Karin Asaka where she paid a visit to the student council office. I have to say that this character is my favorite! 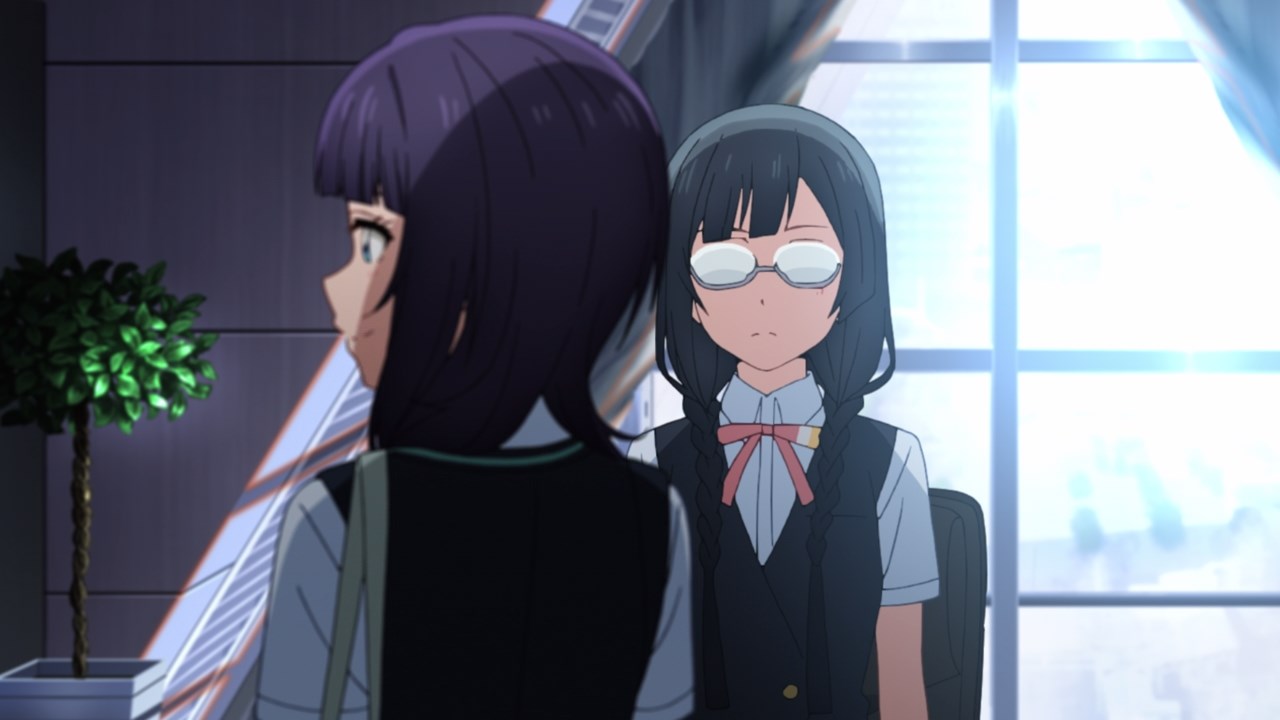 So while she’s disappointed that the school idol club is disbanded, it seems that Karin Asaka is very friendly towards Nana Nakagawa. Something tells me she knows more about Nakagawa. 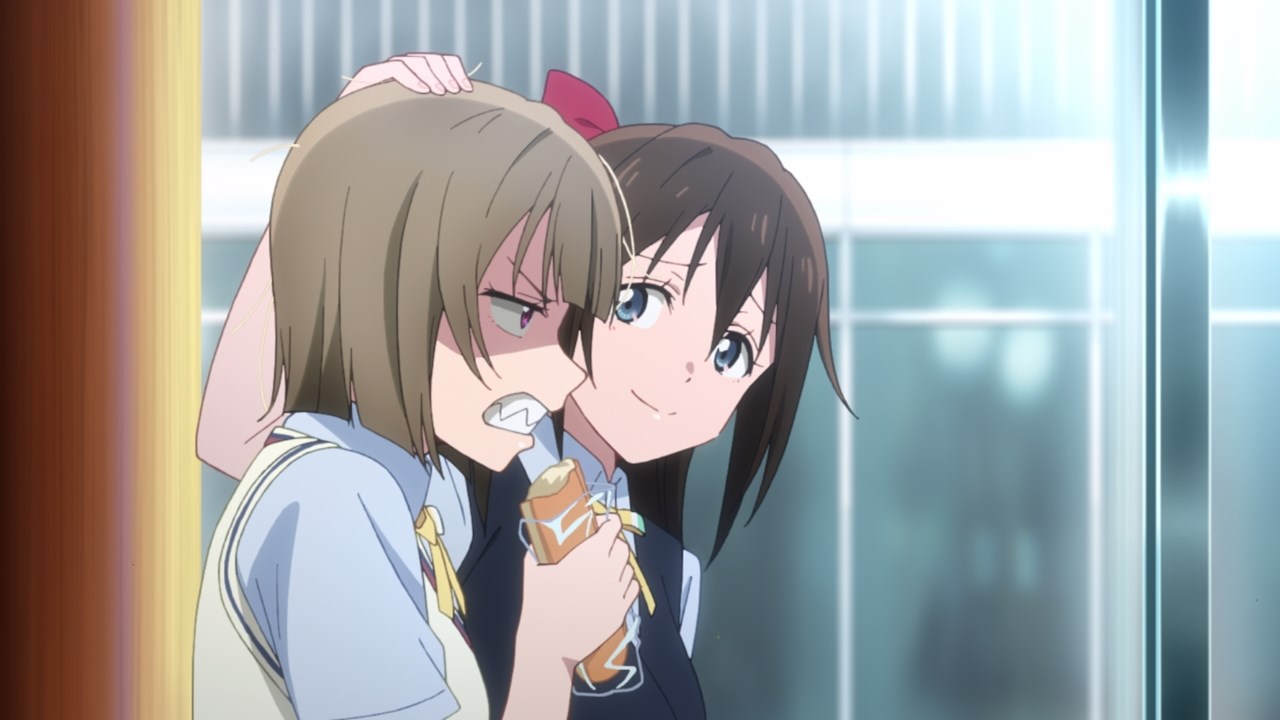 Now then, let’s focus on Kasumi Nakasu where she’s very angry that the club is disbanded.

Oh yeah, she’s being patted by Shizuku Osaka where she understands Kasumi’s plight, but Shizuku can’t help her since she’s busy with the drama club. 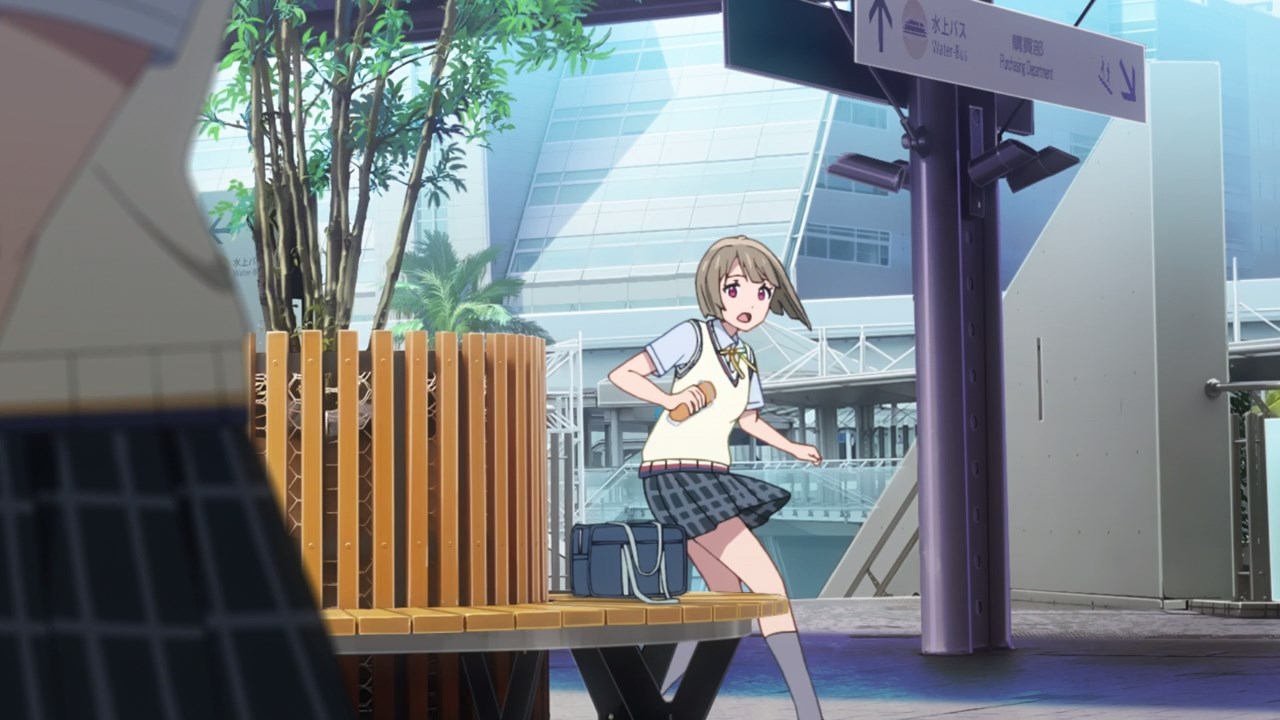 Fortunately for Kasumi, it appears that she found some students who are interested in school idols. Who could it be? 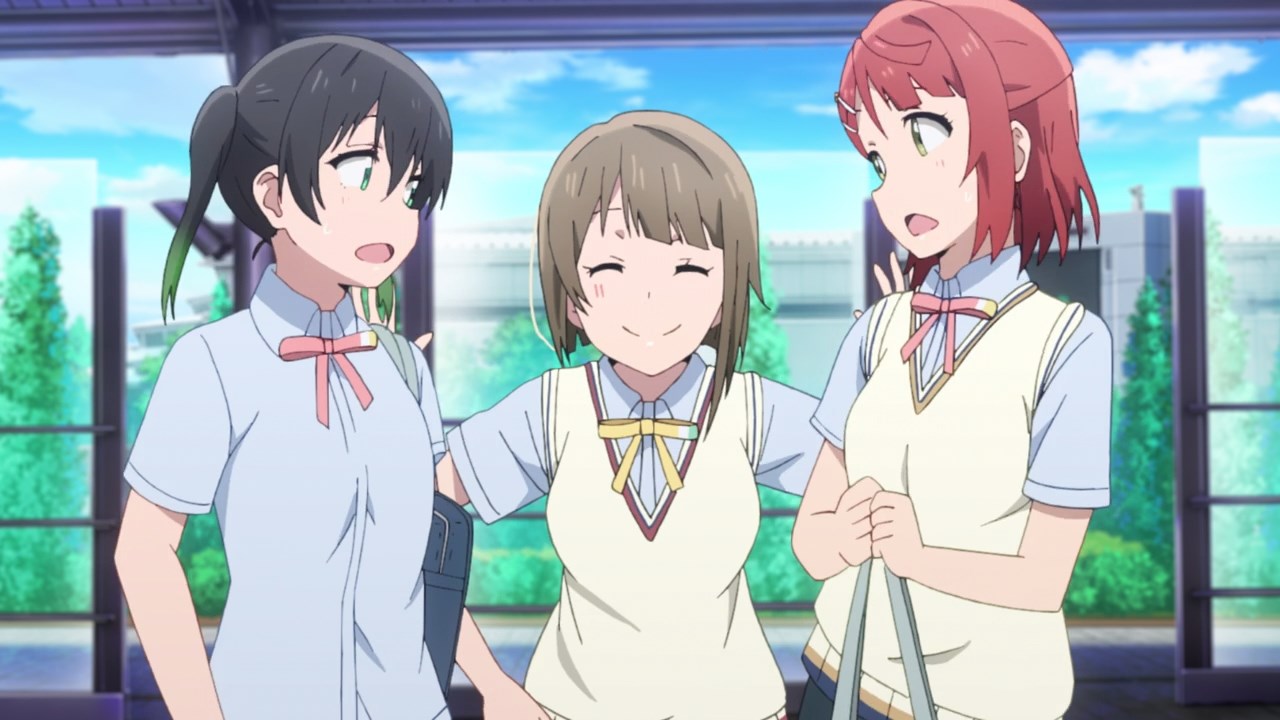 Oh right, it’s Yuu Takasaki and Ayumu Uehara as Kasumi Nakasu approached them. But yeah, this will be the start of reviving the school idol club.

Unfortunately, KasuKasu or should I say Kasumin can’t use the clubroom in Nijigasaki High School so she needs to find a venue for the club activities. 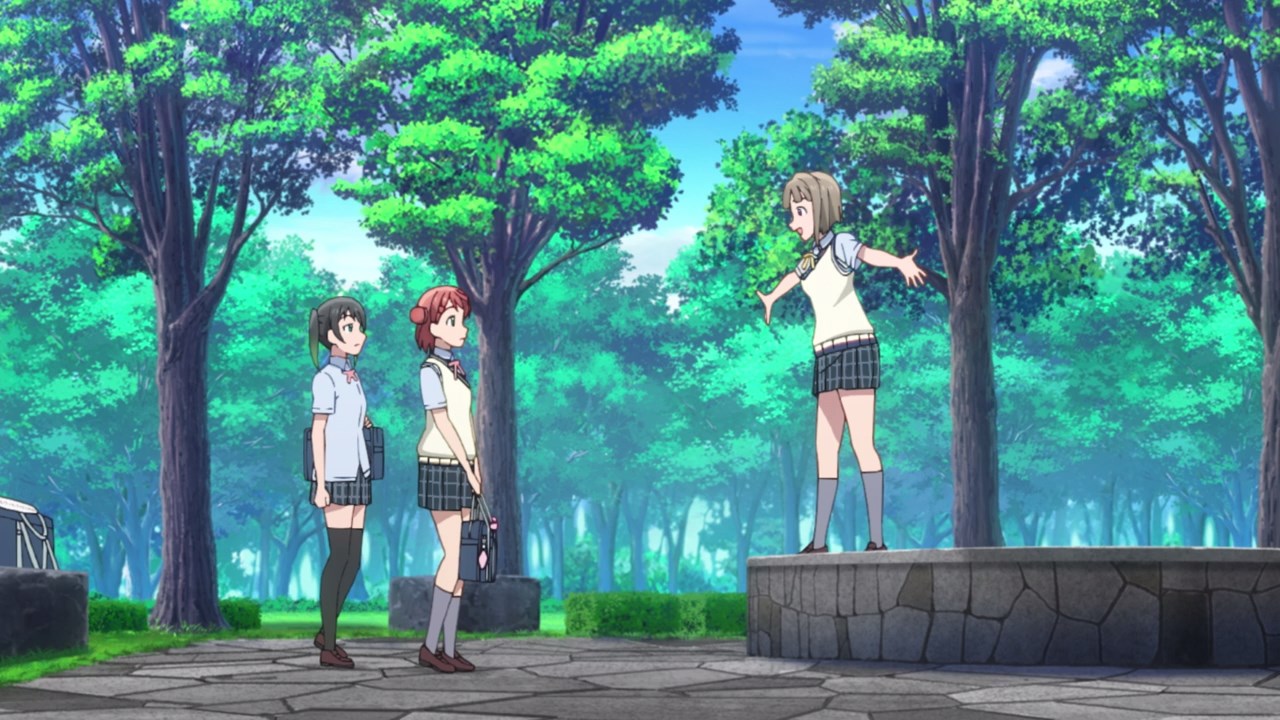 Well, Nakasu can use this park to practice their dance and singing skills, as well as making a promotional video to attract new members.

Of course, someone needs a cute face to star in the PV and it’s not gonna be Kasumi, but rather Ayumu. 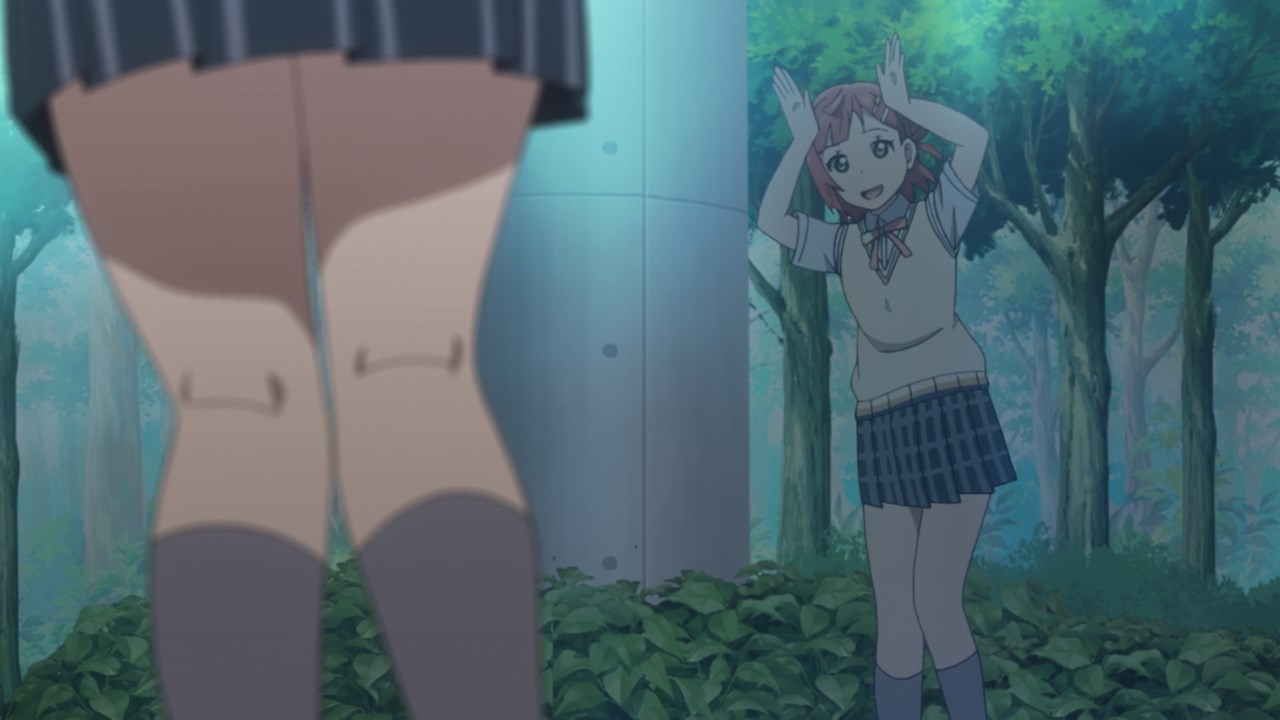 Then again, Ayumu Uehara is very nervous but she can’t give up on her task as she practice her presentation skills. 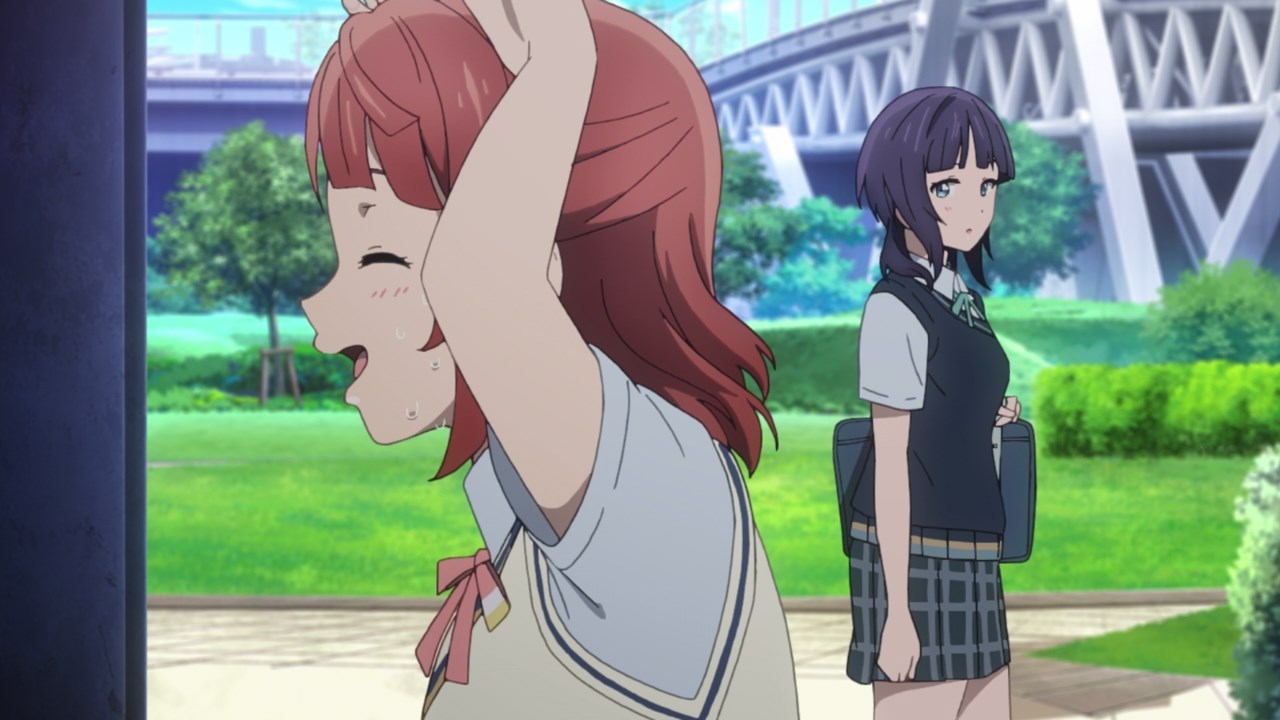 On second thought, it appears that she’s still have stage fright and Ayumu doesn’t like being seen doing a bunny impression, especially Karin-sempai.

But seriously though, why would the school idol club just fizzled out? 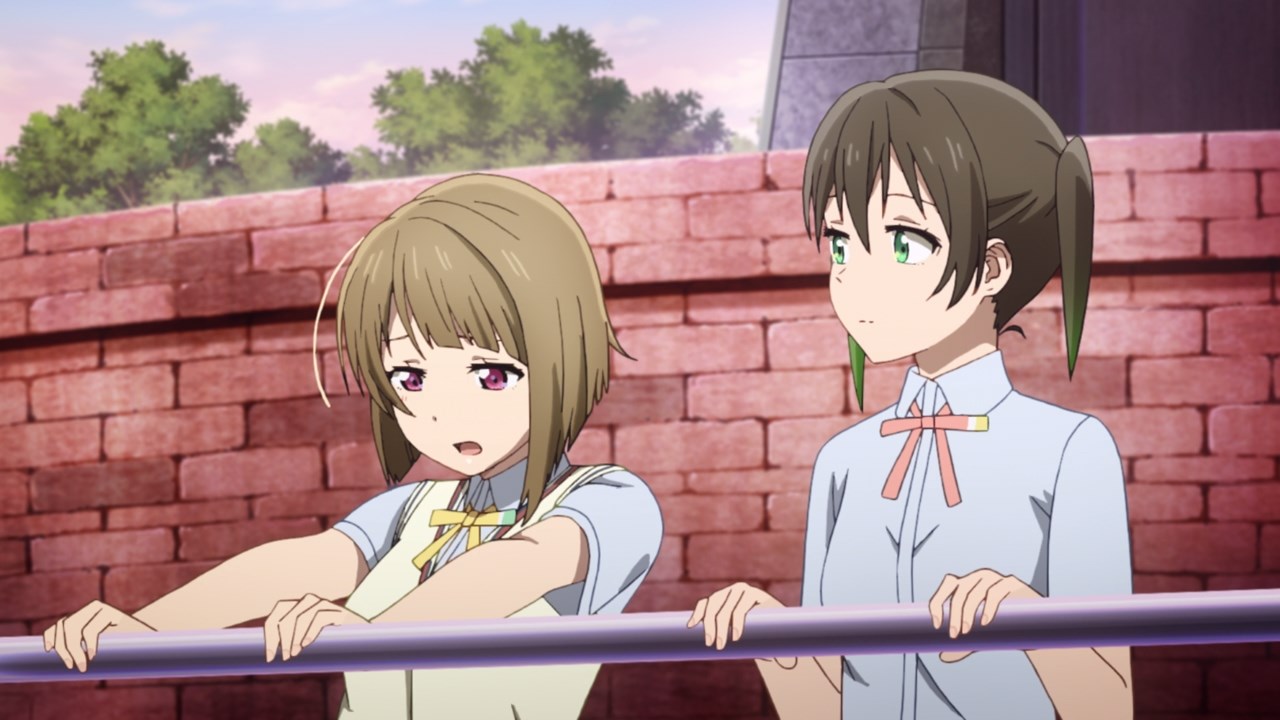 According to Kasumi Nakasu, there’s a disagreement between herself and Setsuna Yuki regarding the club’s direction. Kasumi wanted to have more cuteness in the club, but Setsuna likes to make it passionate.

But yeah, they’re arguing on how to entertain fans to the point that the school idol club is disbanded. Of course, Kasumi needs to understand that the club doesn’t need to be cute all the time. 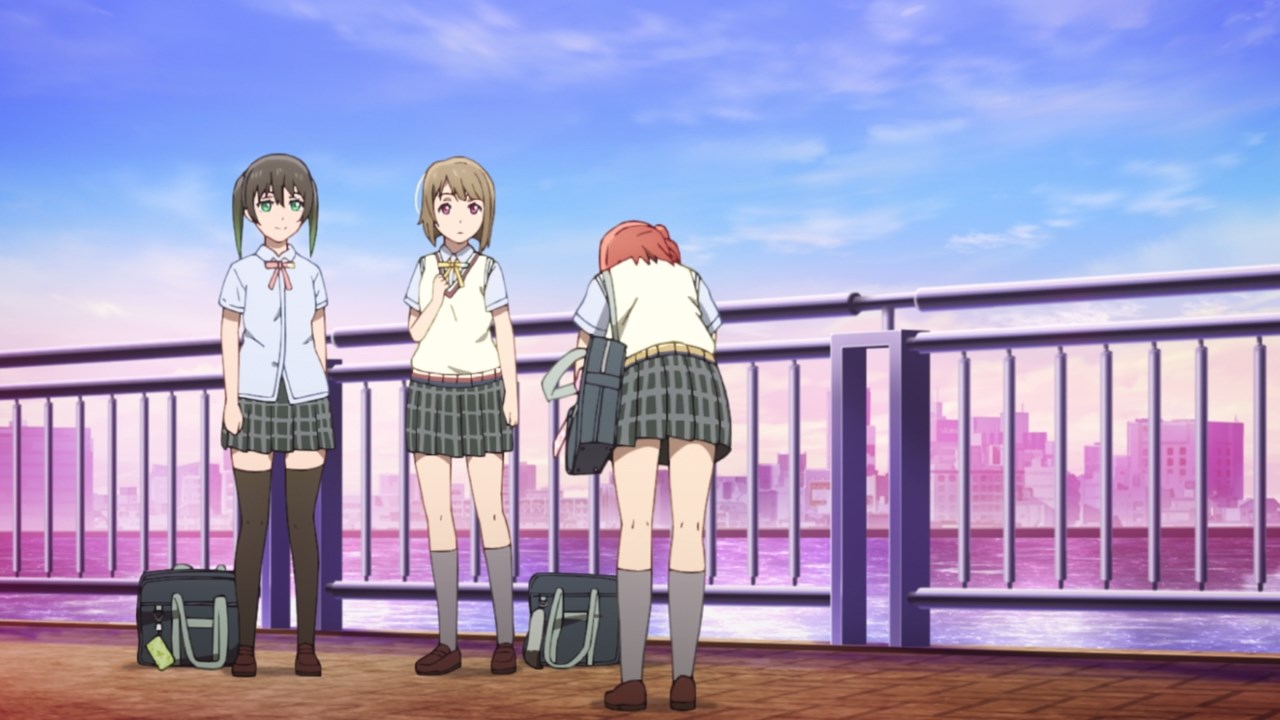 Now then, here’s Ayumu Uehara where she’s finally ready for the promotional video. I wonder if she mustered all of her courage to act in front of the camera? 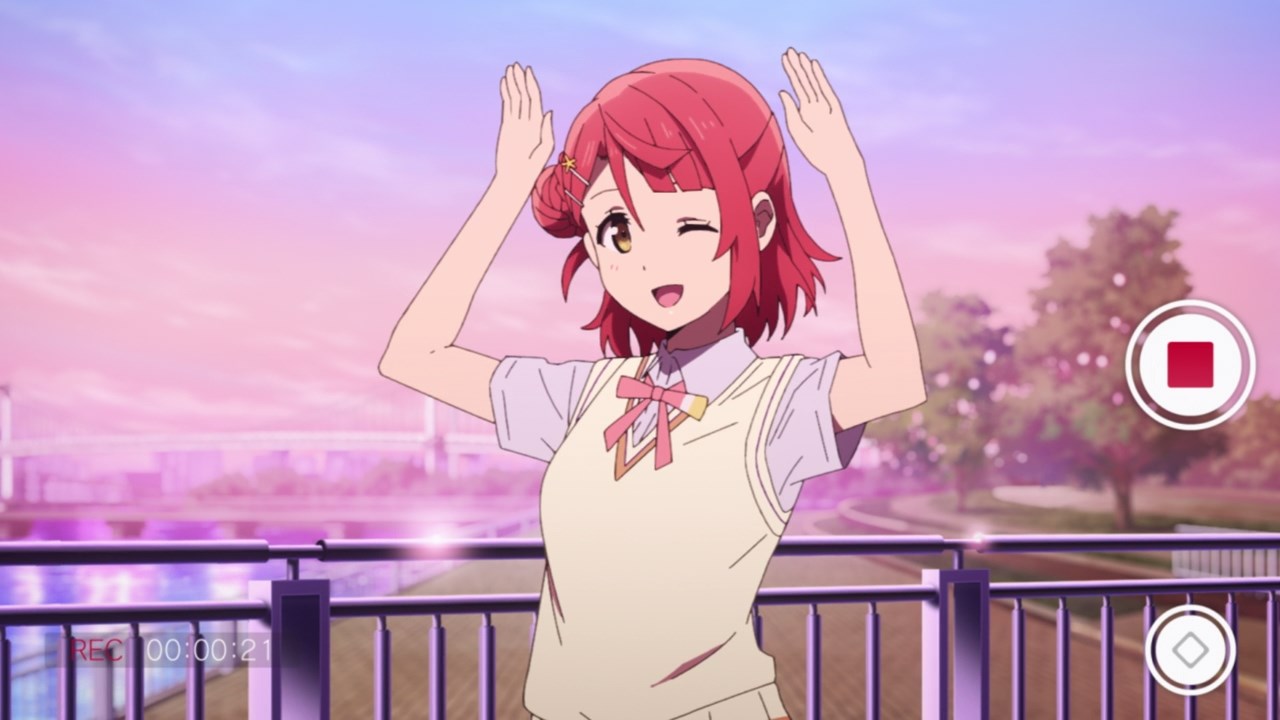 Well, she did as Ayumu showed her genuine emotions in front of the camera. Look how cute she is when doing the bunny pose! 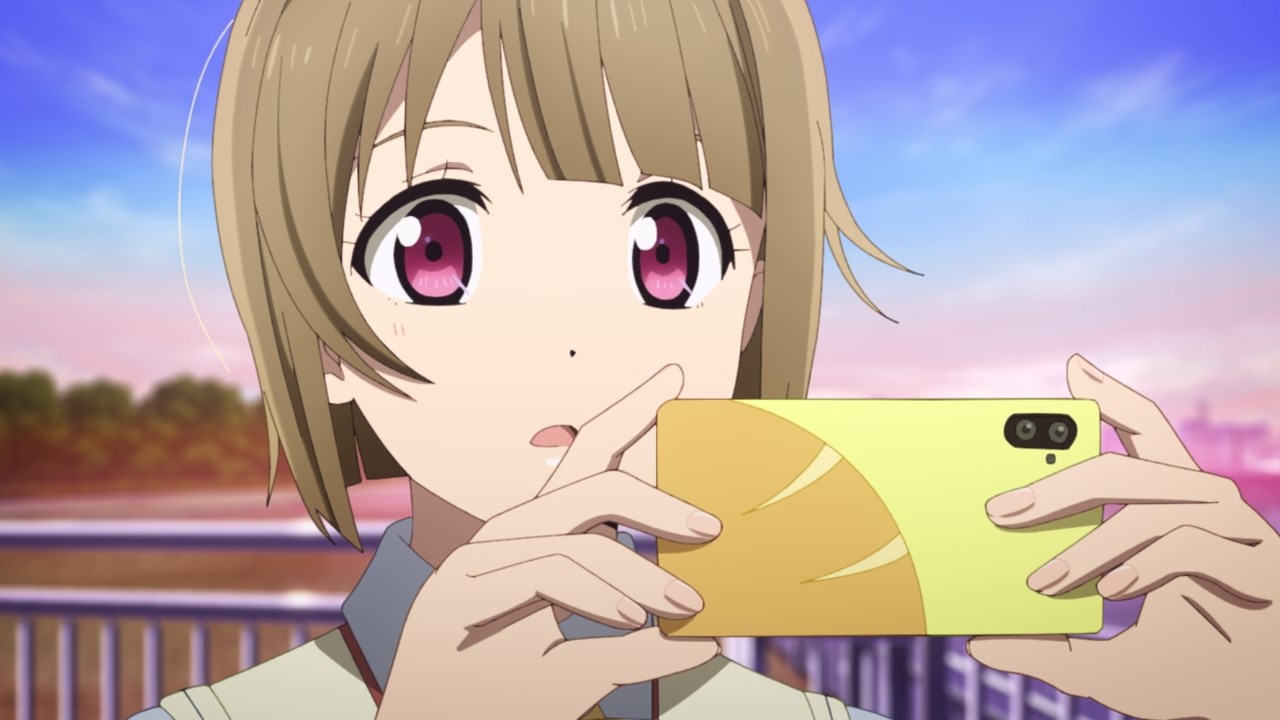 Heck, even Kasumi Nakasu is stunned to see it. Well, I’m hoping that the video she’s making would be successful and attract new members, but I doubt it. 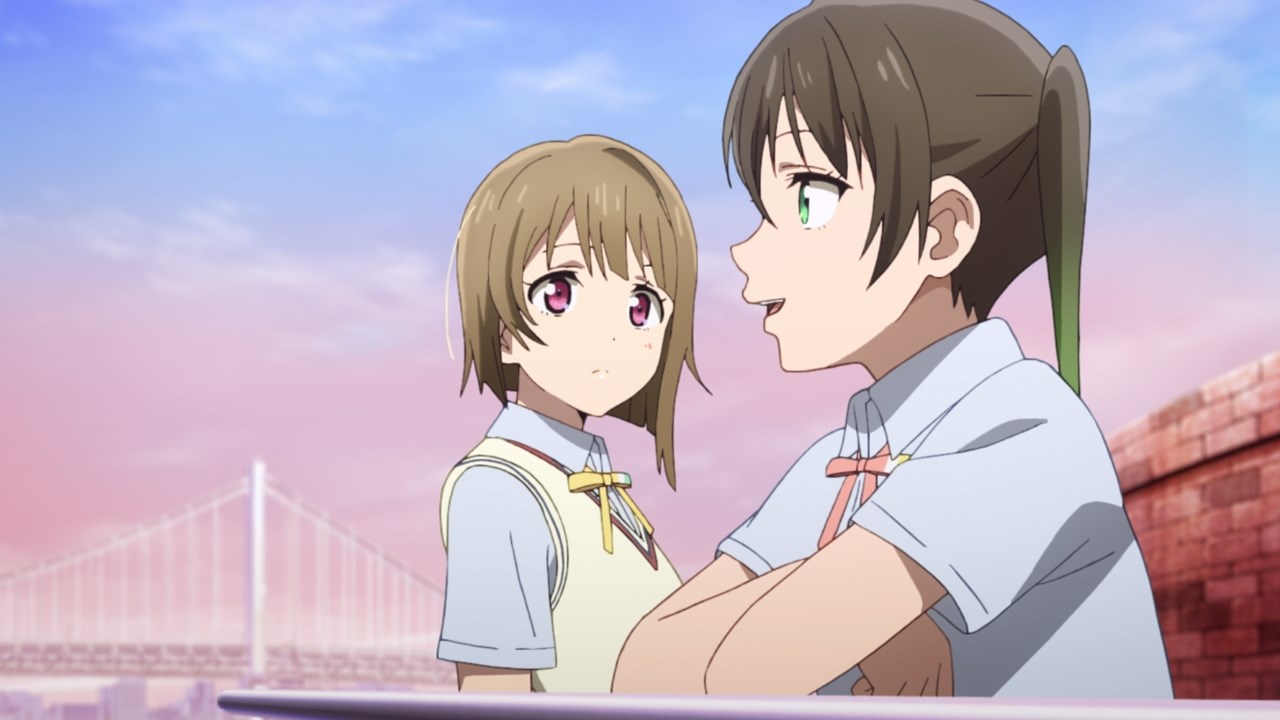 Oh yeah and as for Yuu Takasaki, she told Kasumi Nakasu that there’s no need to focus on one direction like being cute or passionate. In fact, she wants her and the rest of the club to be the best in their own way.

Well, I have to say that Yuu can give Kasumi some nice advice even though she’s not school idol material. 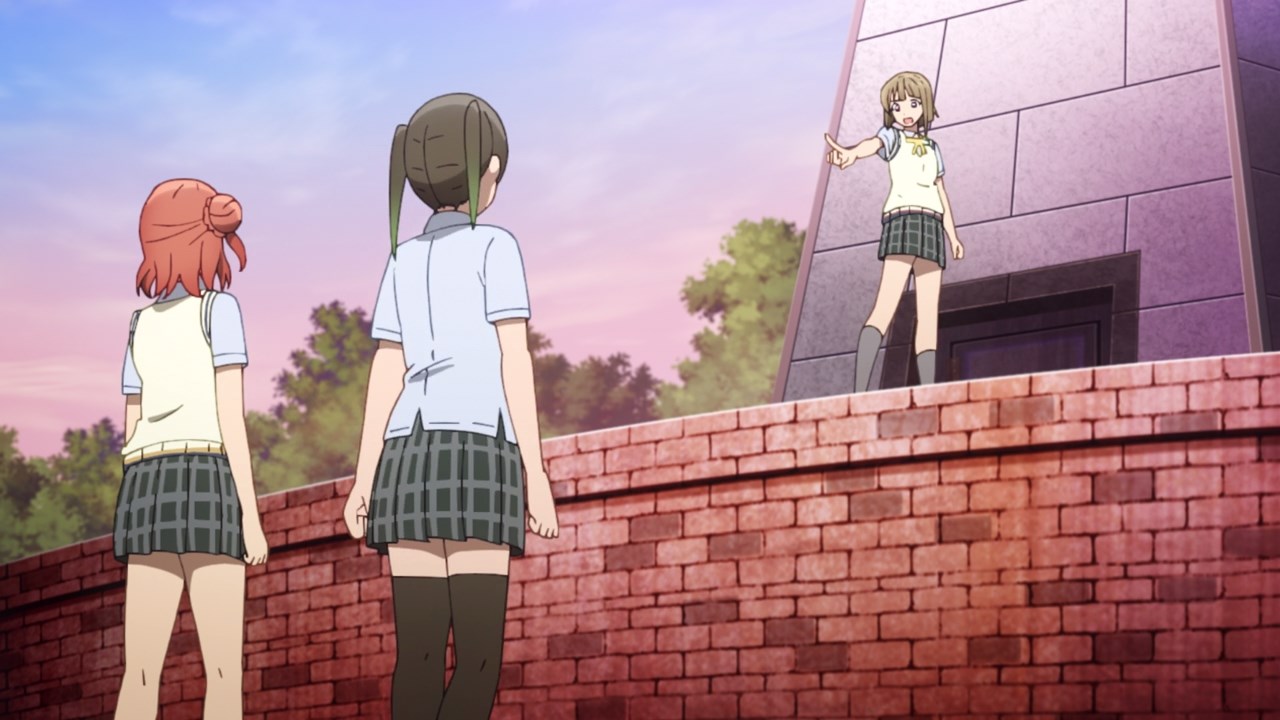 Anyways, looks like Kasumi felt better now as she’s ready to show her stuff in front of Ayumu and Yuu. 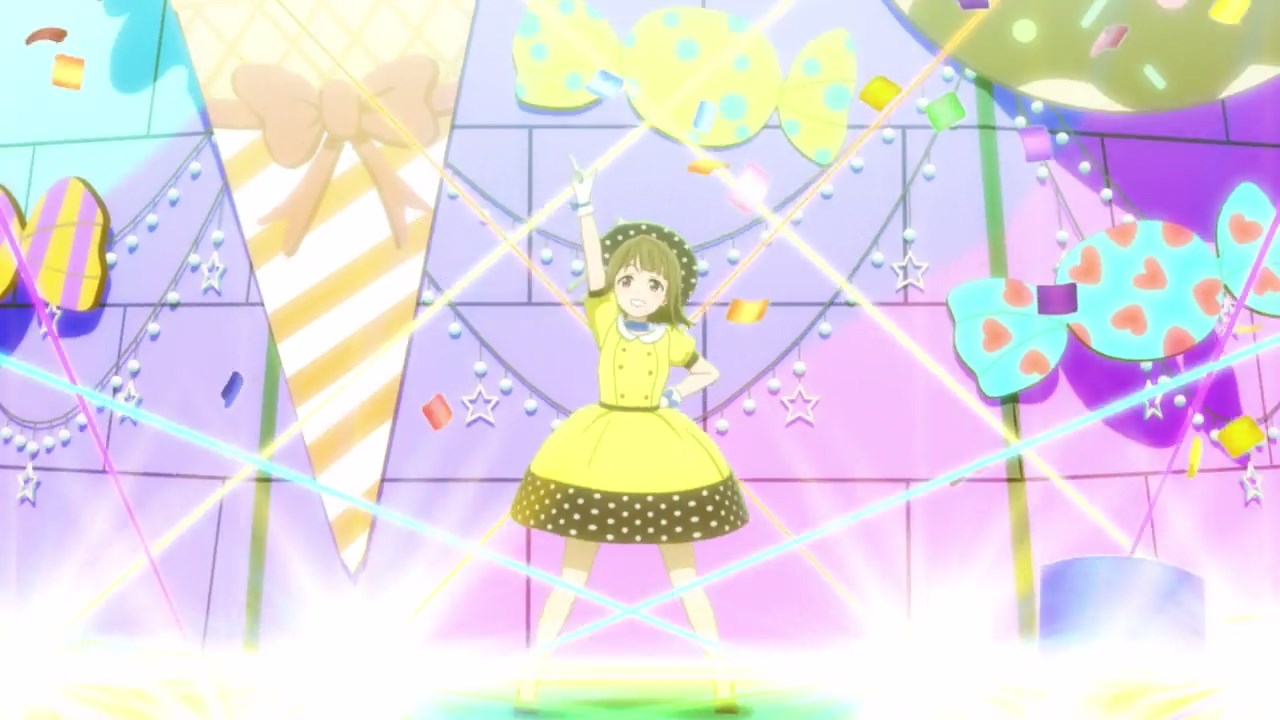 Of course in Takasaki’s mind, Nakasu’s performance is very special. Well then, looks like the school idol club has been revived… but in an unofficial capacity.

Anyways, tune in next time where the trio will do something to convince Nana Nakagawa that the school idol club should be reinstated. Then again, the student council president has other plans.