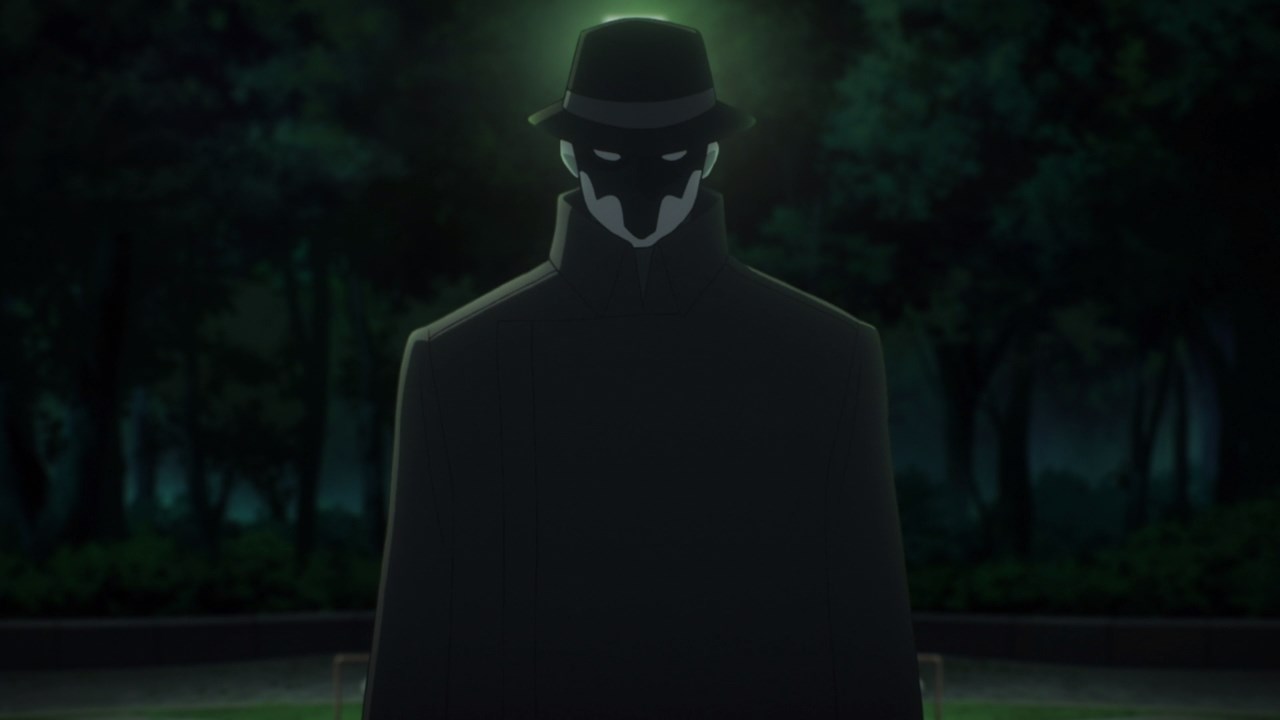 Well everyone, I’m here to introduce you to Deimos Second as he’s an important character on this second season. For you see, Deimos Second went to Japan to target people who have magic powers. 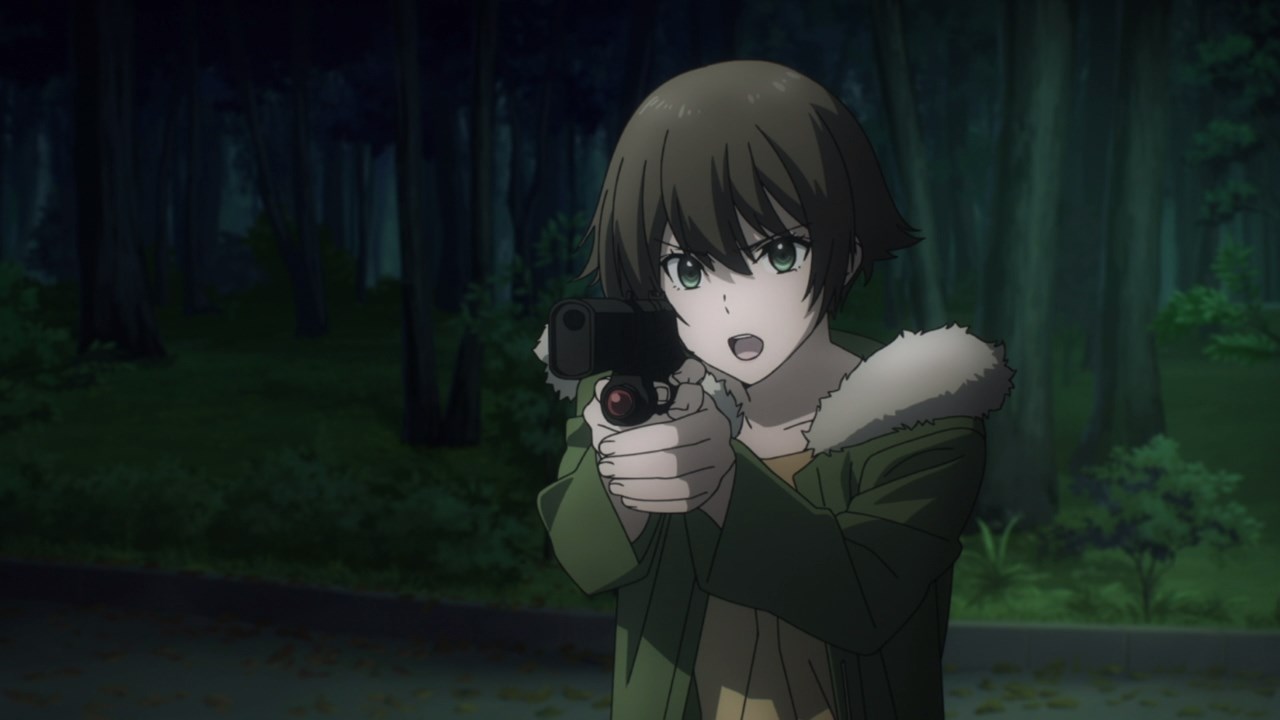 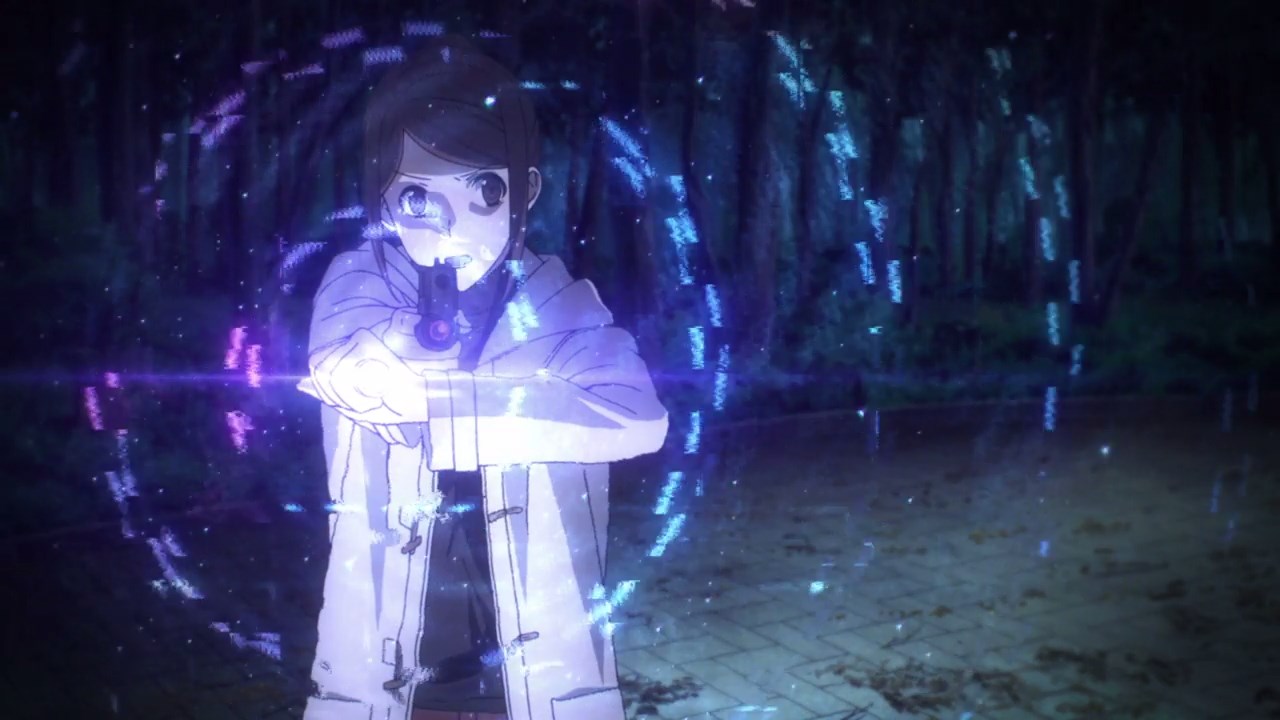 Of course, there are agents from USNA who have arrived to Japan to hunt Deimos Second down as they try to restrain him using a Cast Jammer. Then again, stopping this fugitive is not easy. 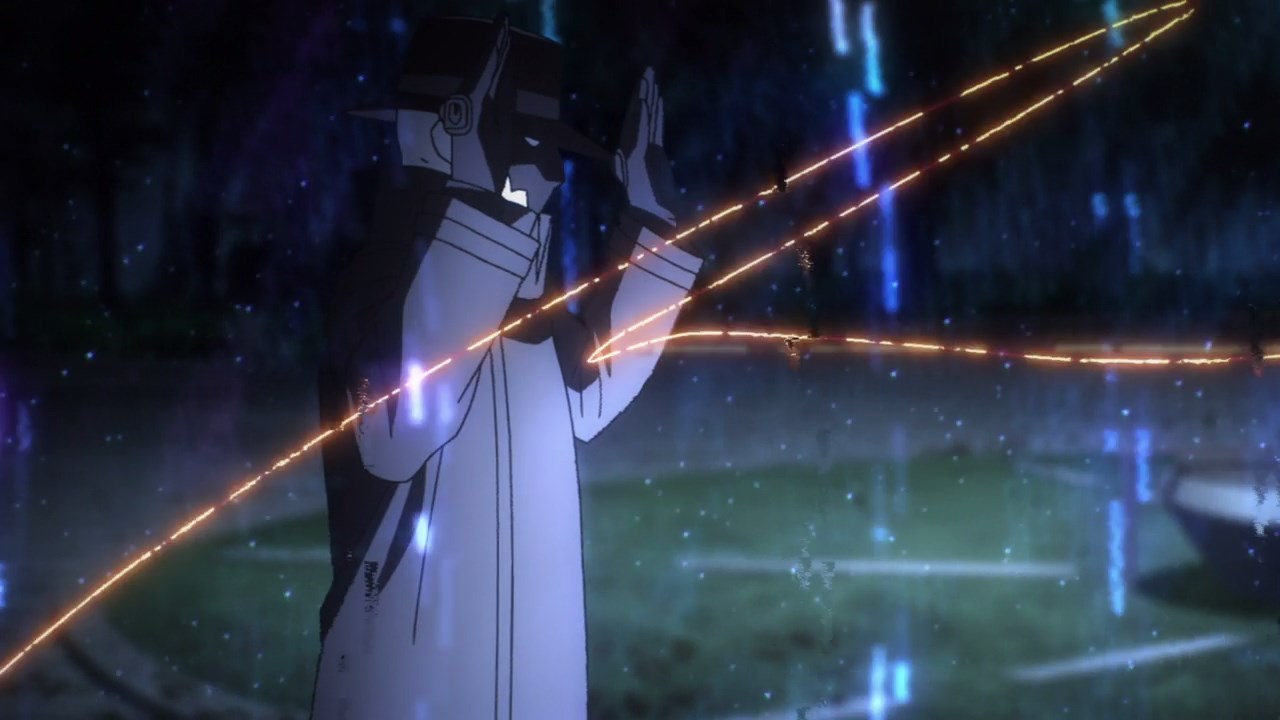 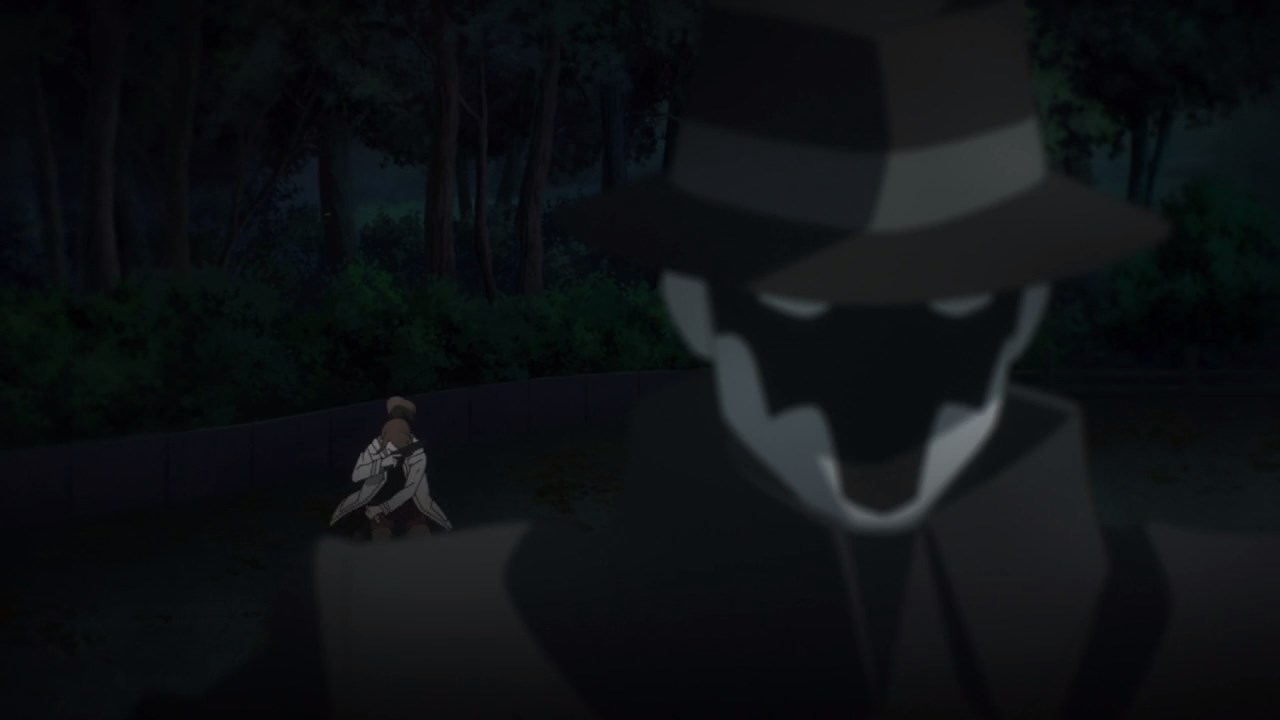 You see, Deimos Second can bend the bullet trajectory without using a casting assistant device or CAD. Anyways, he’s untouchable right now and the USNA agents can’t beat him. 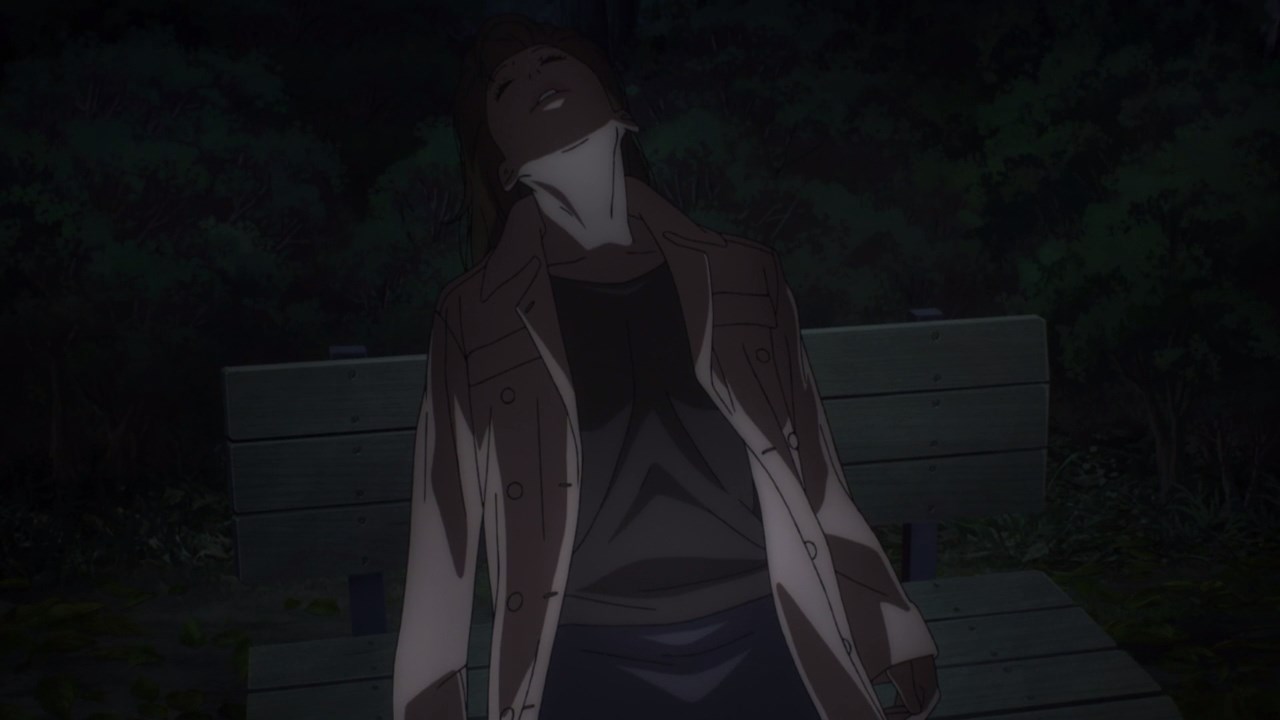 Meanwhile, looks like Leonhart Saijou encountered a woman who passed out.

Could it be that Deimos Second attack this woman and cast her away after learning that she doesn’t have a high magic aptitude? 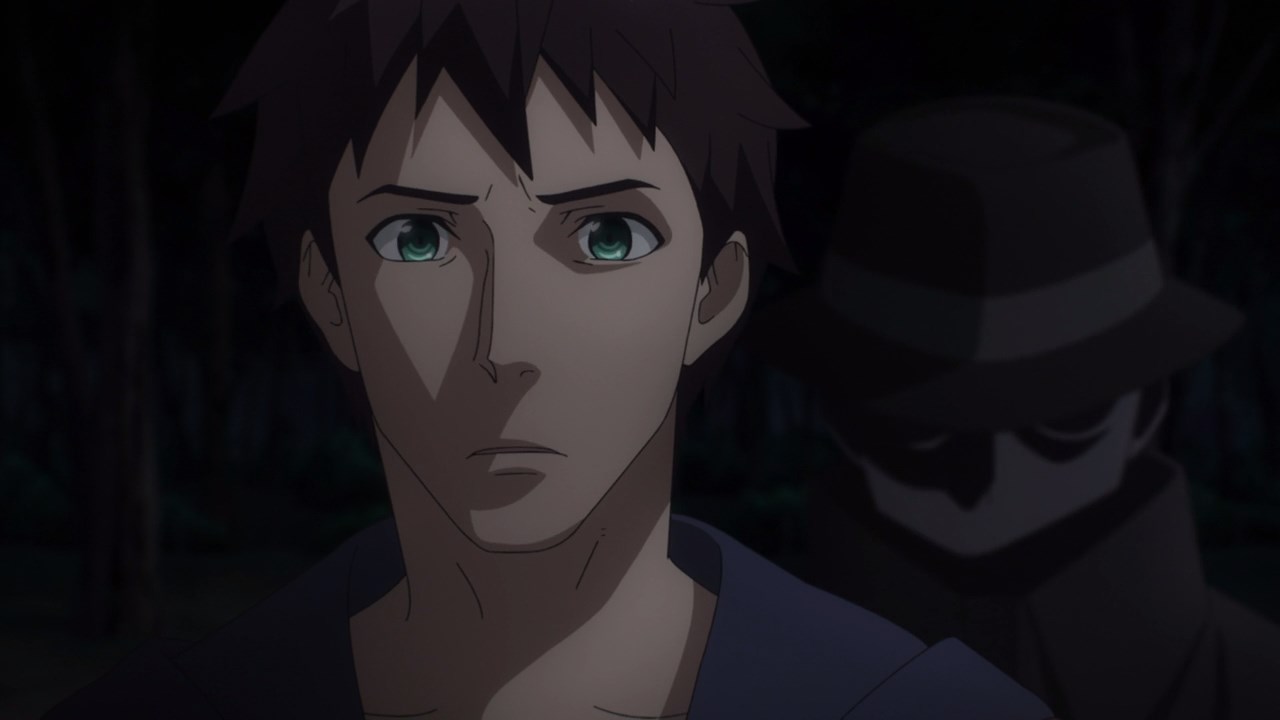 Speaking of Leonhart, looks like he’s gonna get attacked from behind by this white mask assailant. Hmm, I feel that this assailant is in cahoots with Deimos Second. 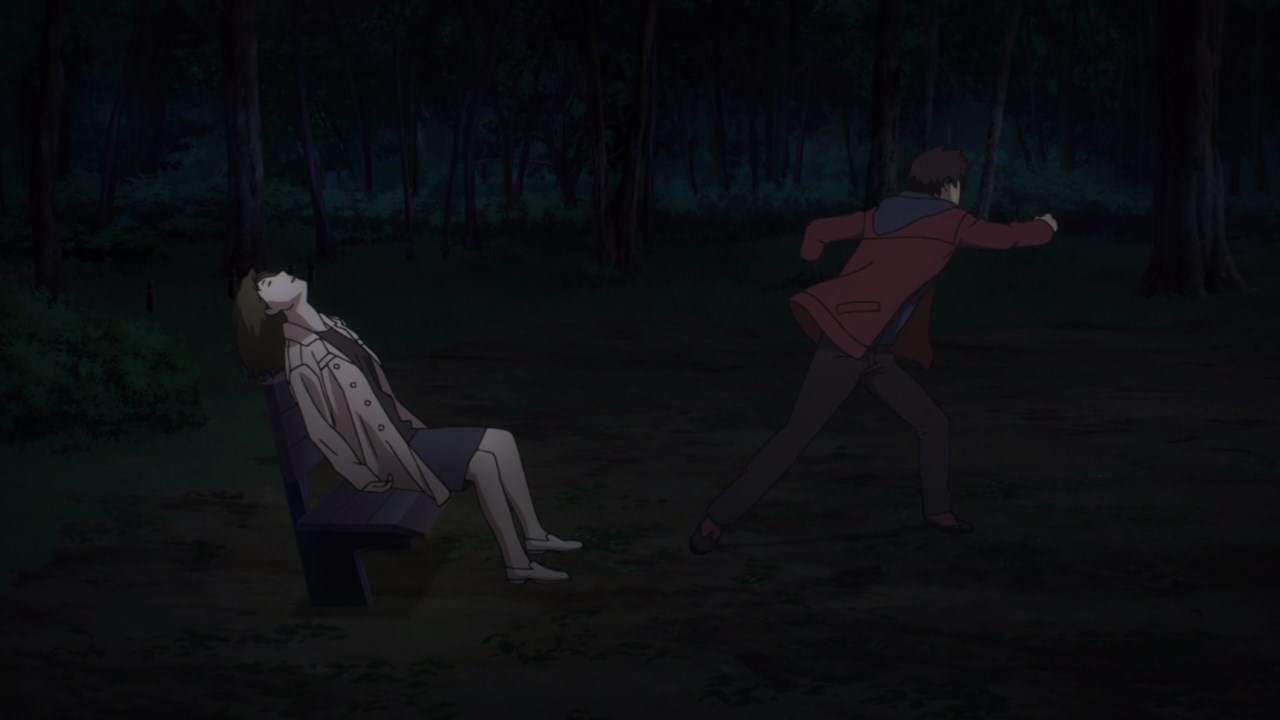 Fortunately, Saijou knows that there’s an enemy behind him, but Leonhart missed his target as the assailant disappeared into thin air. 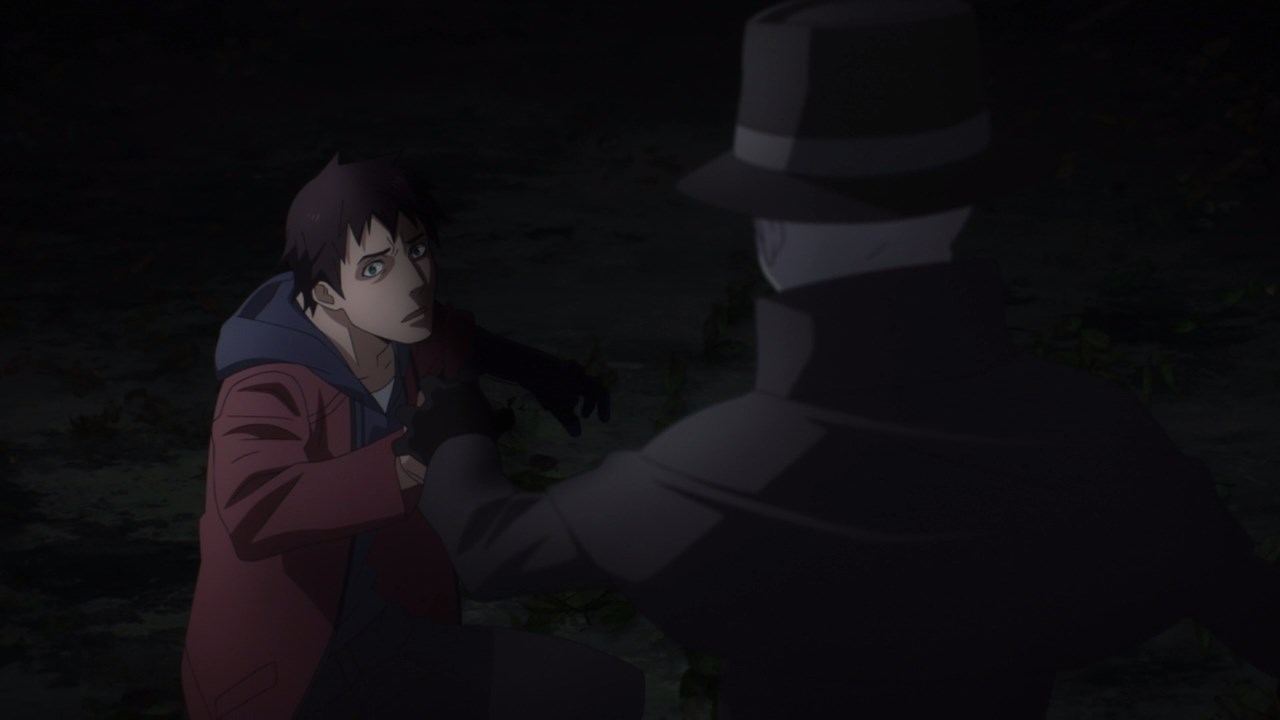 But, things took a turn for the worse when the white mask assailant catch Leonhart’s right hand and started sapping his energy. It would be bad if Saijou loses his magic energy. 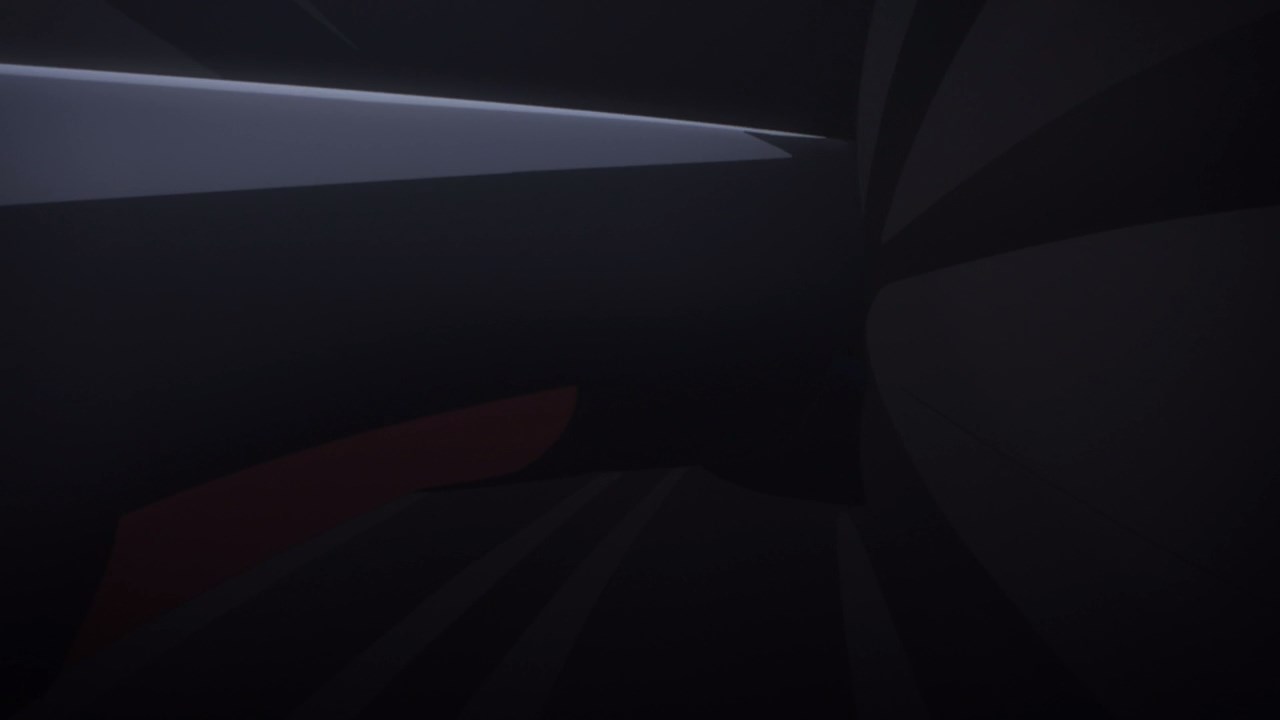 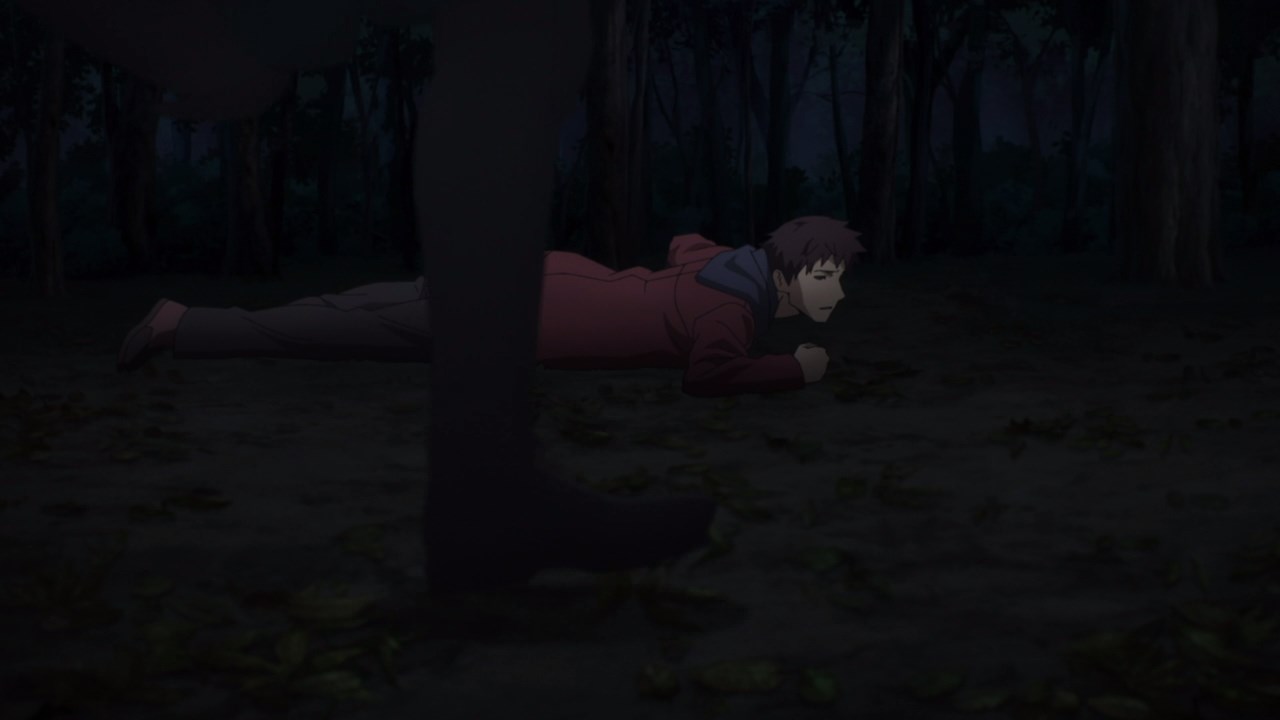 On the other hand, Saijou noticed someone who’s currently chasing the assailant… 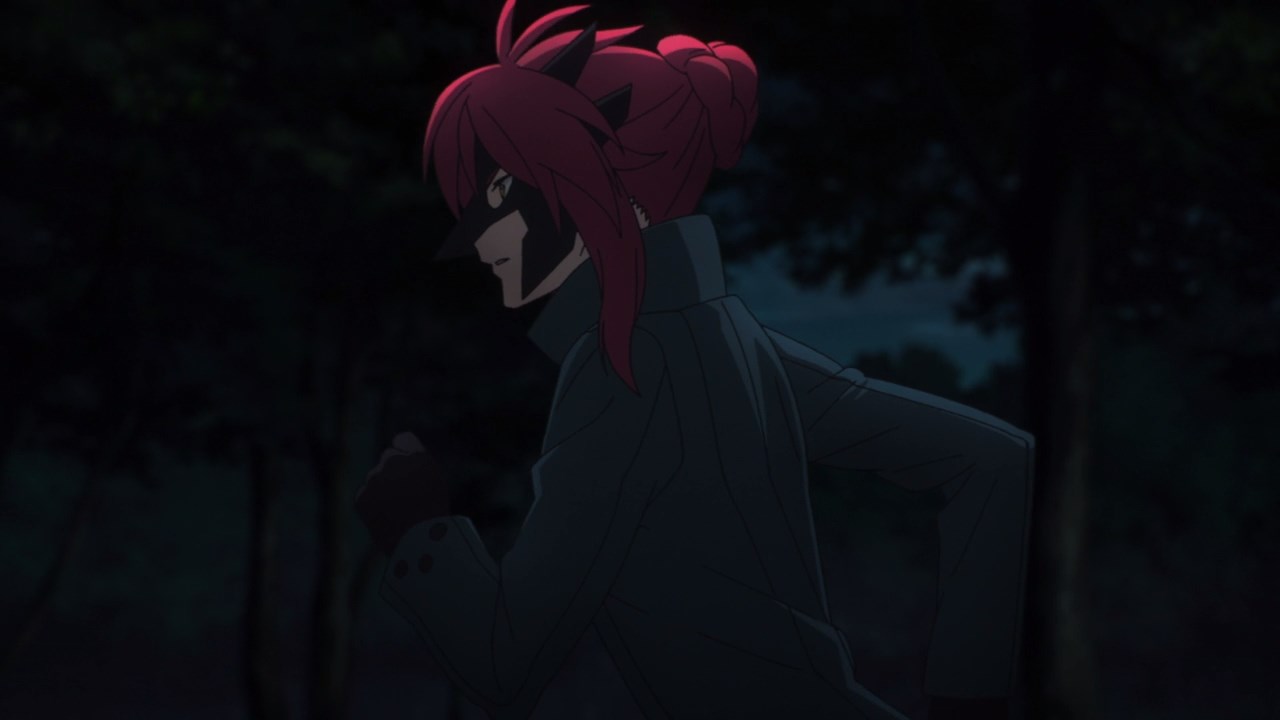 This woman is an USNA operative who was sent to Japan to apprehend Deimos Second and his team.

Unfortunately for Leonhart, he fainted after seeing a glimpse of this operative. 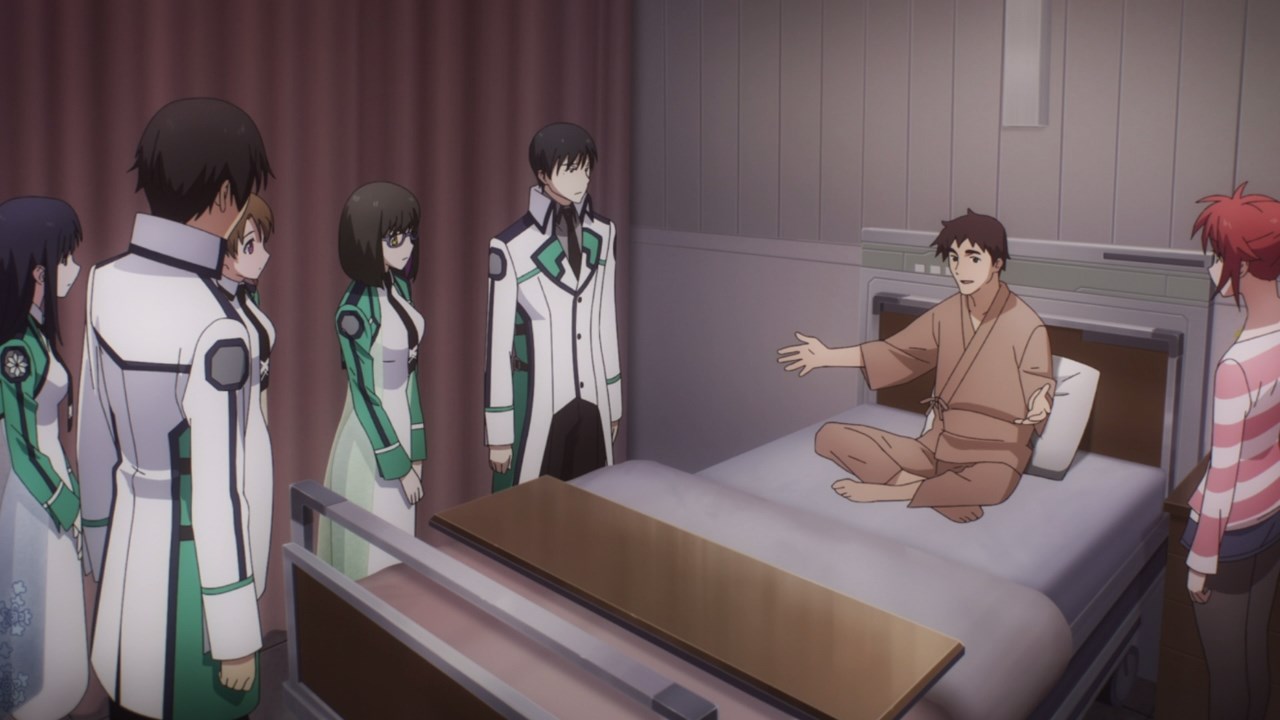 But luckily for him, Leonhart Saijou didn’t get any serious injuries nor having poison within his body as he’s very tough. Had Saijou didn’t have a tough body, he’ll be a goner right now. 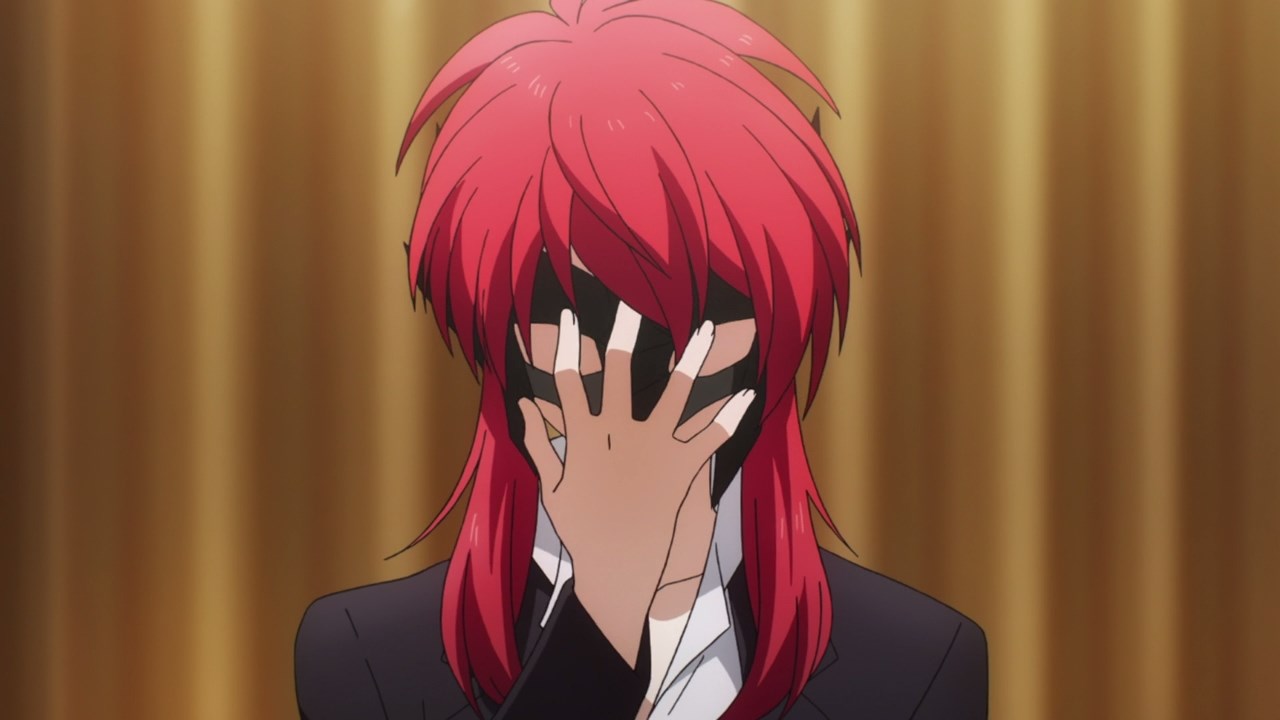 Meanwhile, looks like this USNA operative has removed her mask. Now then, you wanna know who’s behind that mask? 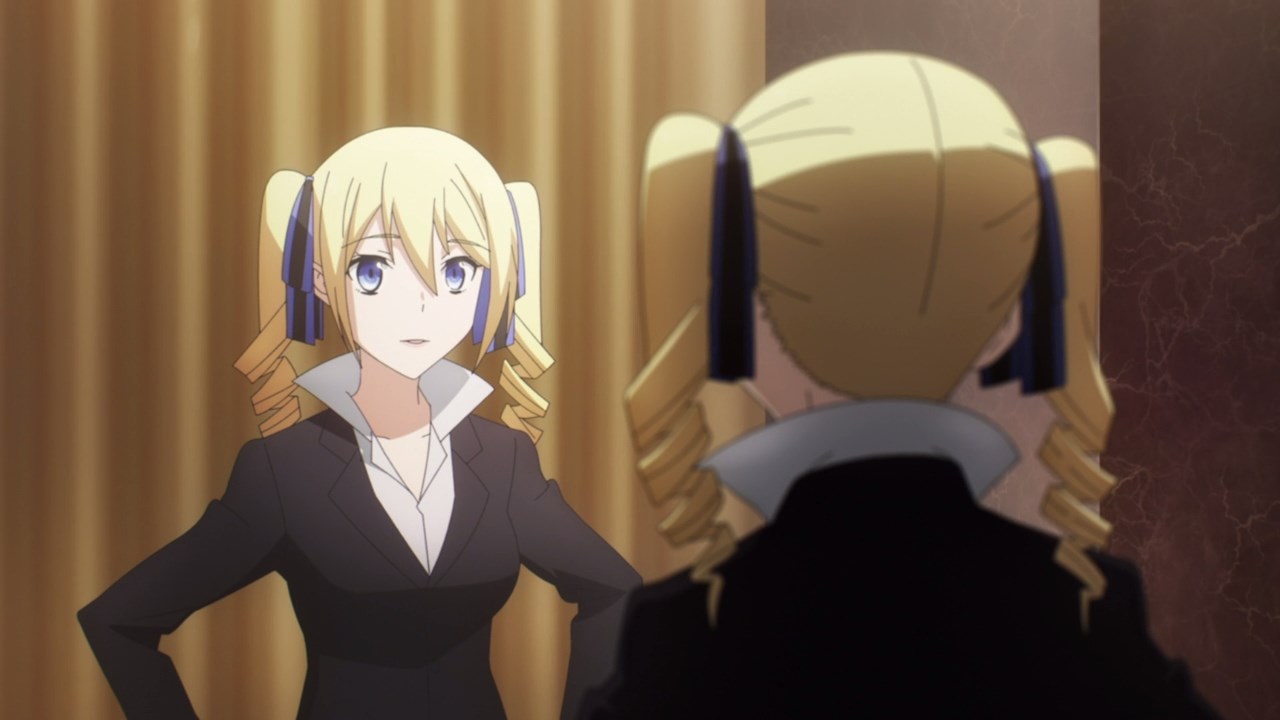 Why it’s none other than Angelina Kudou Shields… or should I say Angie Sirius as she and her fellow operatives from the Magician Unit “Stars” has arrived to stop Deimos Second.

Then again, it would be better if the reveal would be dramatic. Regardless, I feel that Lina’s cover will be blown someday when Tatsuya Shiba is involved. 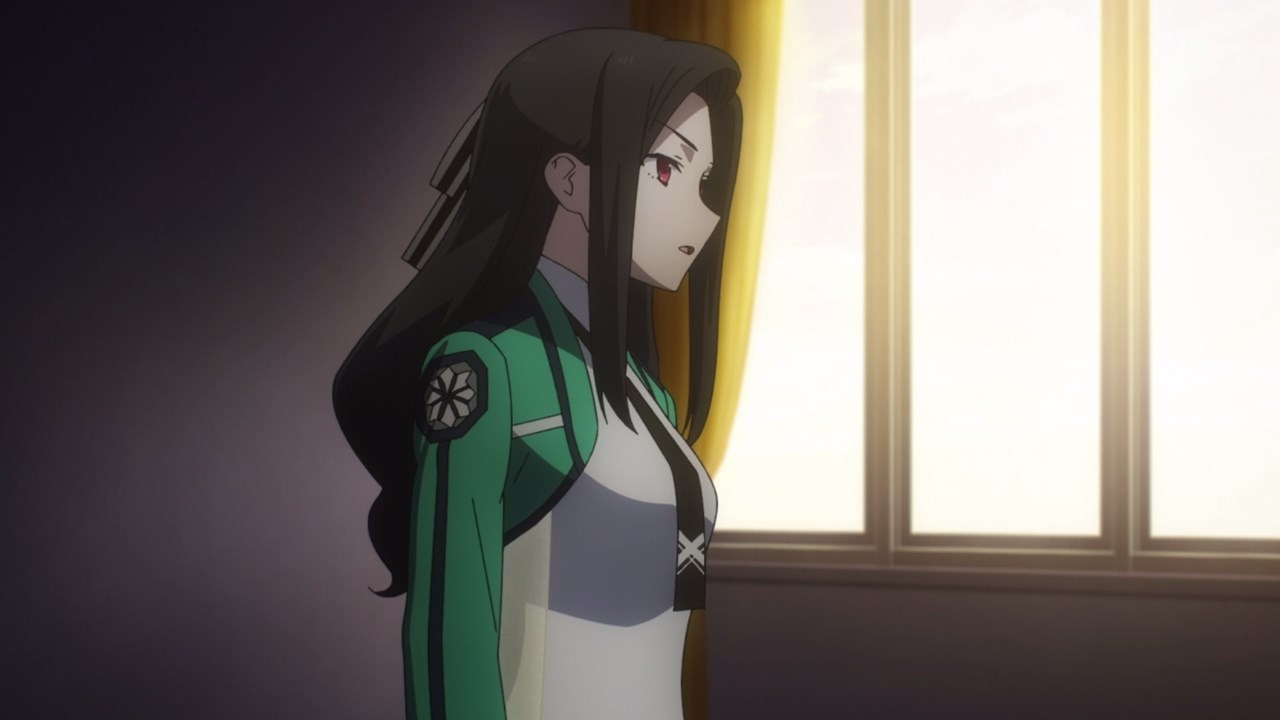 One last thing, looks like Mayumi Saegusa proposed to Katsuto Juumonji in regards to establishing an alliance between their respective families as they’re being targeted by outsiders. 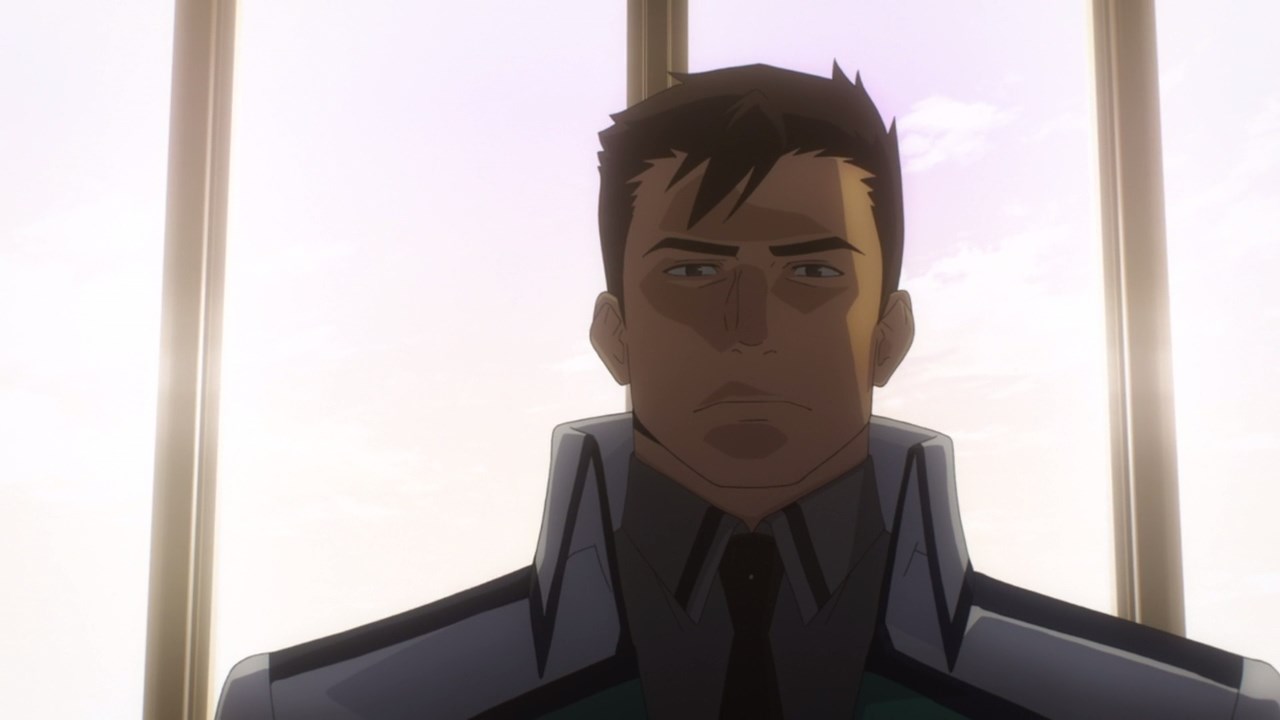 Yes, he’s concerned that his relatives are being attacked by Deimos Second and his team, so having a cooperation between the two families would be very effective. But if neither he nor Saegusa-sempai couldn’t handle a rogue USNA operative, they can rely on Tatsuya Shiba and his broken magic powers.

Oh well, I hope that Deimos Second and his team will be stopped but that would take some time. With that said, tune in next time!