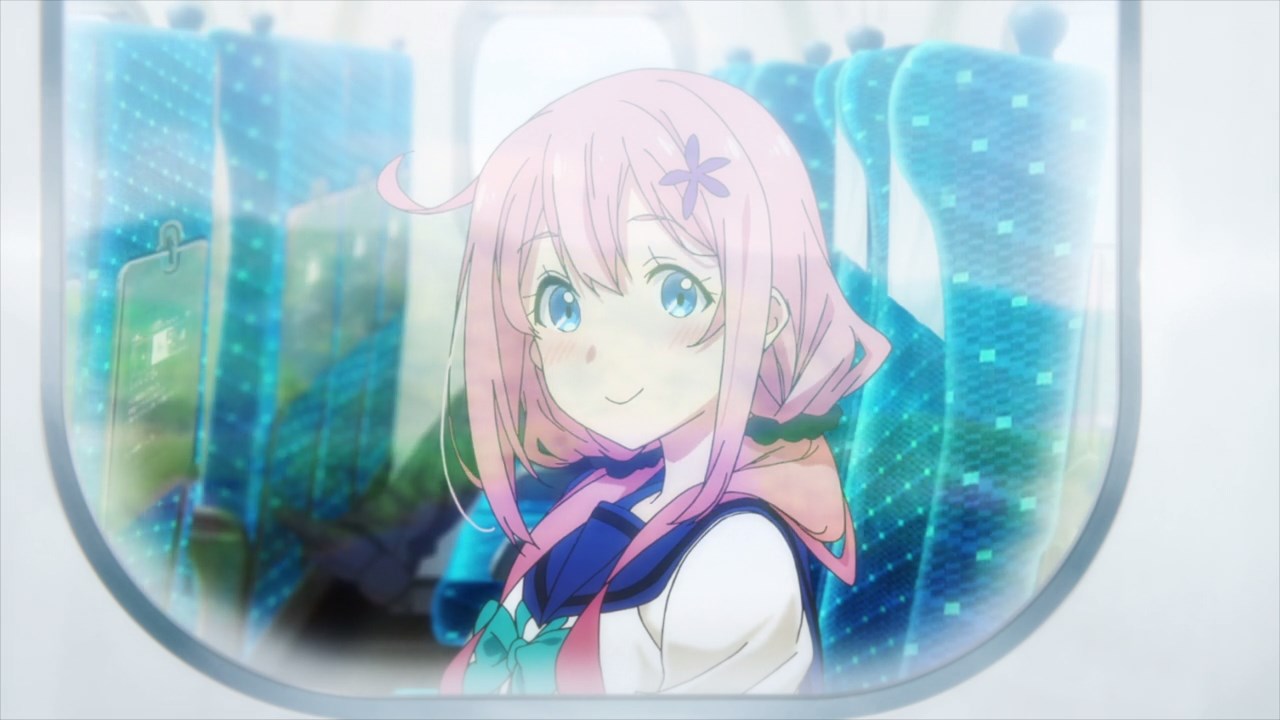 This is Ino Sakura as she moved from the countryside into Tokyo in order to become an idol. Then again, I hope Ino-chan doesn’t pick some shady talent agency.

But anyways, this is Ochikobore Fruit Tart as this is Sou Hamayumiba’s second manga series after Hanayamata. 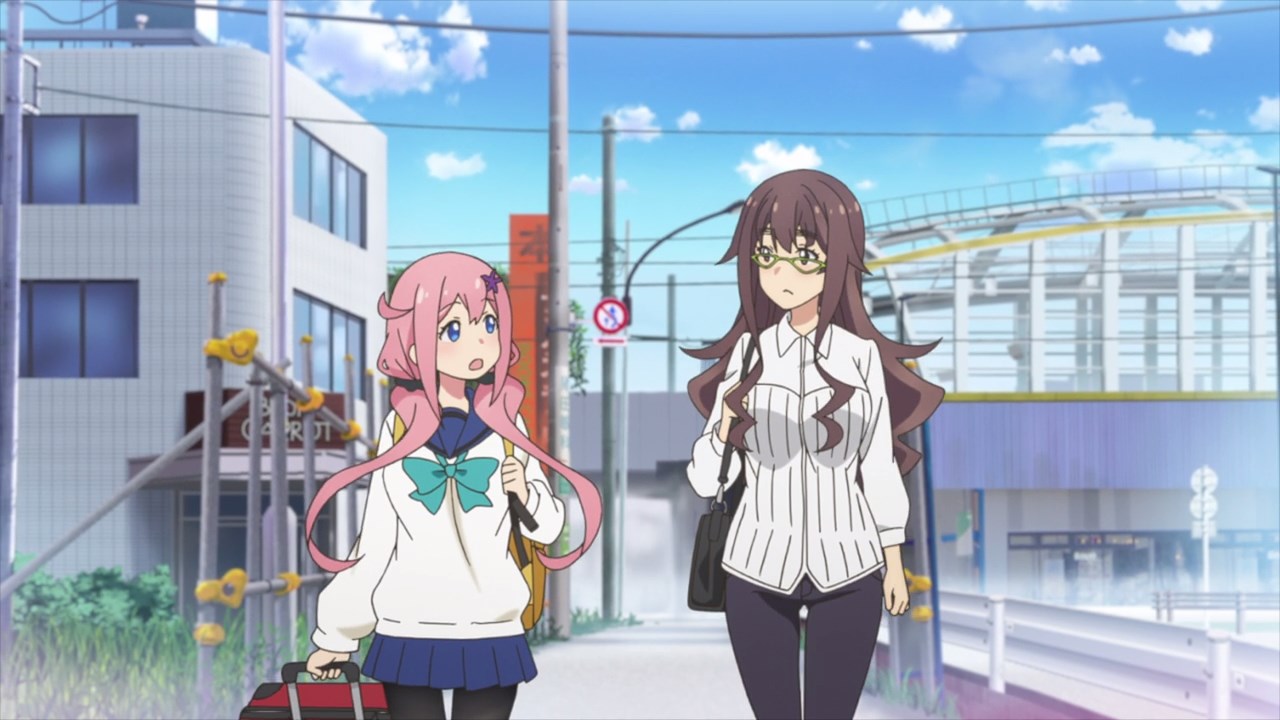 With that said, Ino Sakura went to Rat Productions as Hoho Kajino will take her to Nezumisou, one of Rat Productions’ dormitories where it housed various talents. 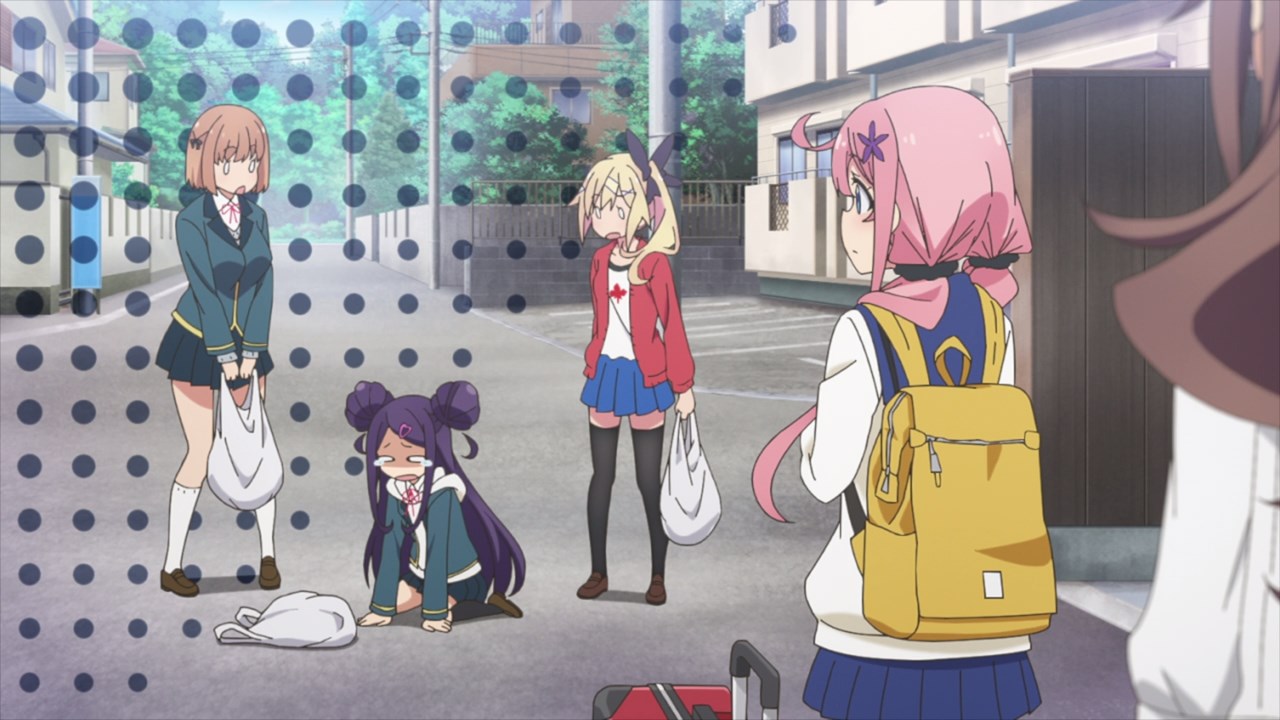 However, turns out that Nezumisou includes some of the dropout talents from the agency. You got Roko Sekino who’s a former child actor named, Hayu Nukui who is a failed musician, and Nina Maehara who’s very shy to be a model.

Yes, Nezumisou is full of rejects but it gets worse from here… 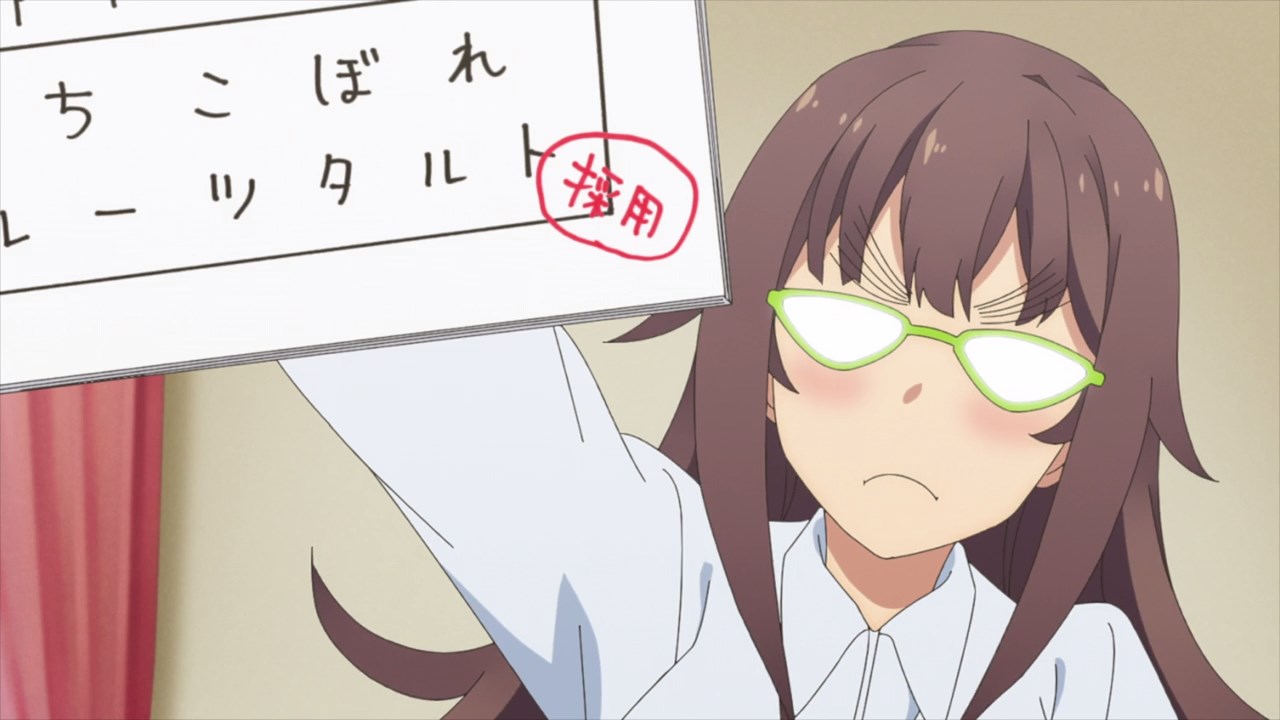 You see, Hoho Kajino told everyone that Nezumisou will be closed down and in order to save it, she came up with a plan to assemble them into an idol group called Fruit Tart. 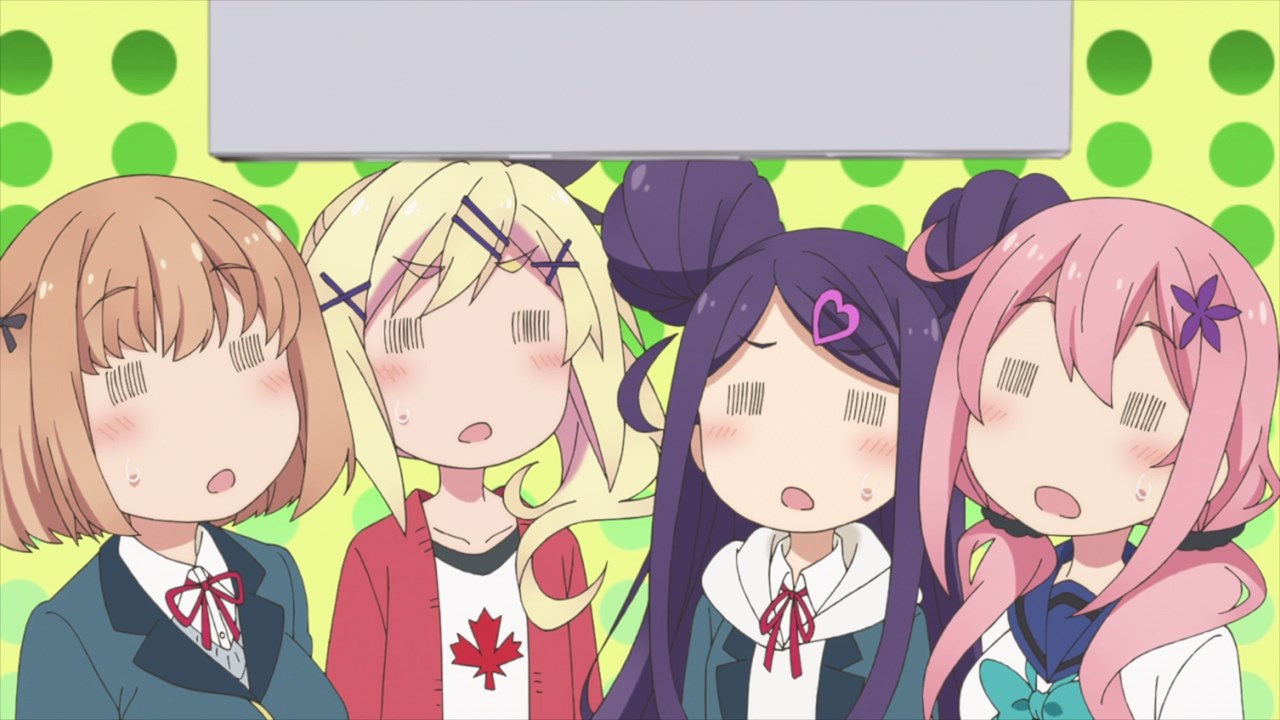 Oh, and Rat Productions will make a 5-minute TV show titled Ochikobore Fruit Tart in which the idol group will do various activities. Let’s hope that they don’t do shady things for ratings! 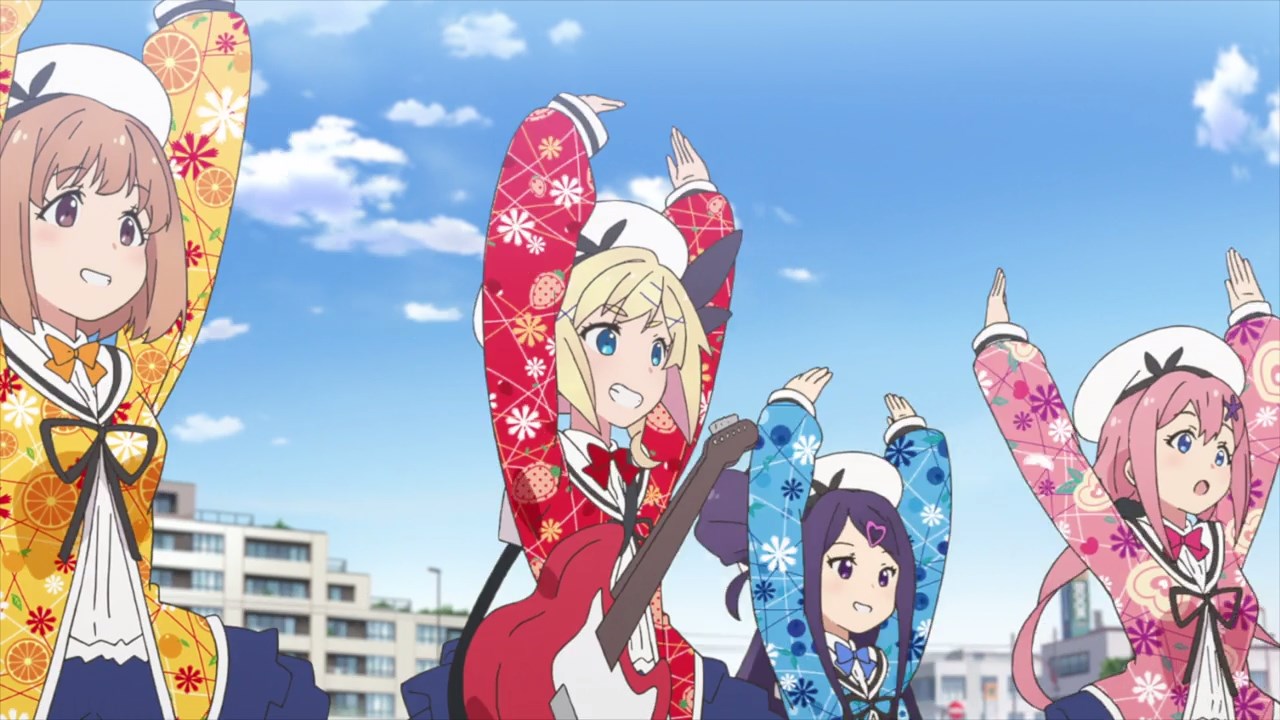 But yes, Ino Sakura and the rest will do idol activities like doing a guerilla performance at the train station. Don’t know if there are bystanders who will notice it. 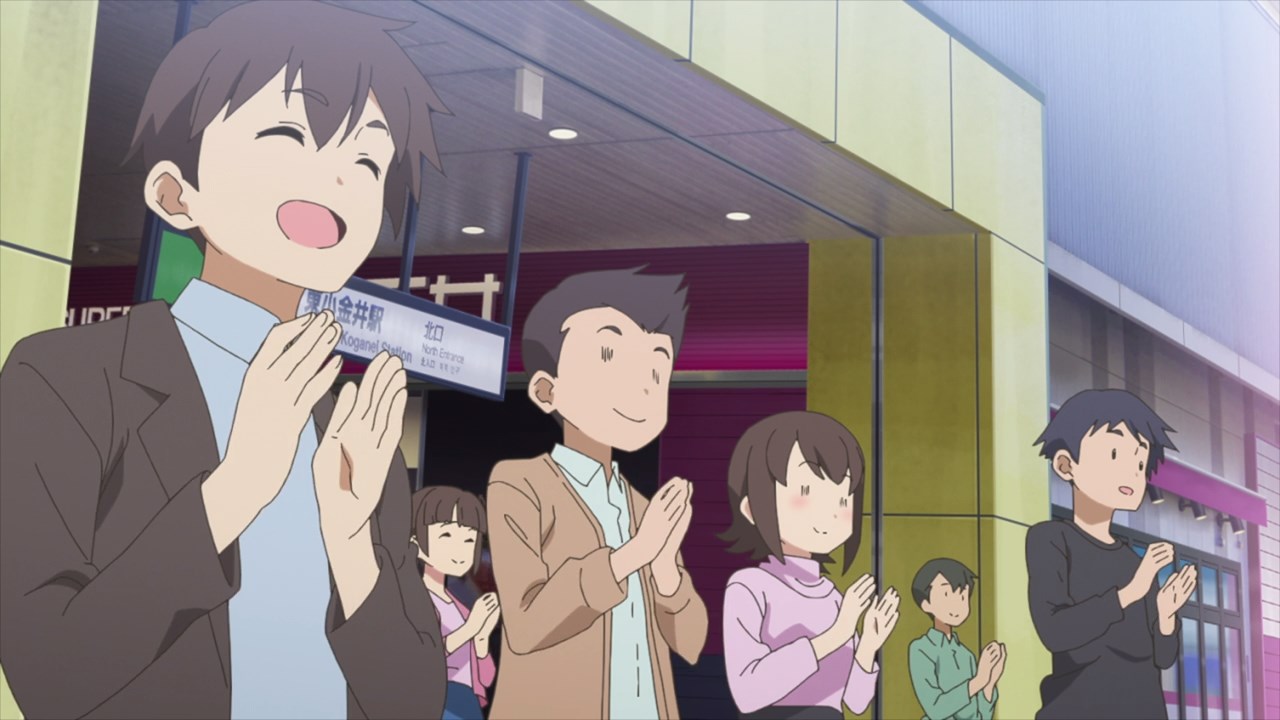 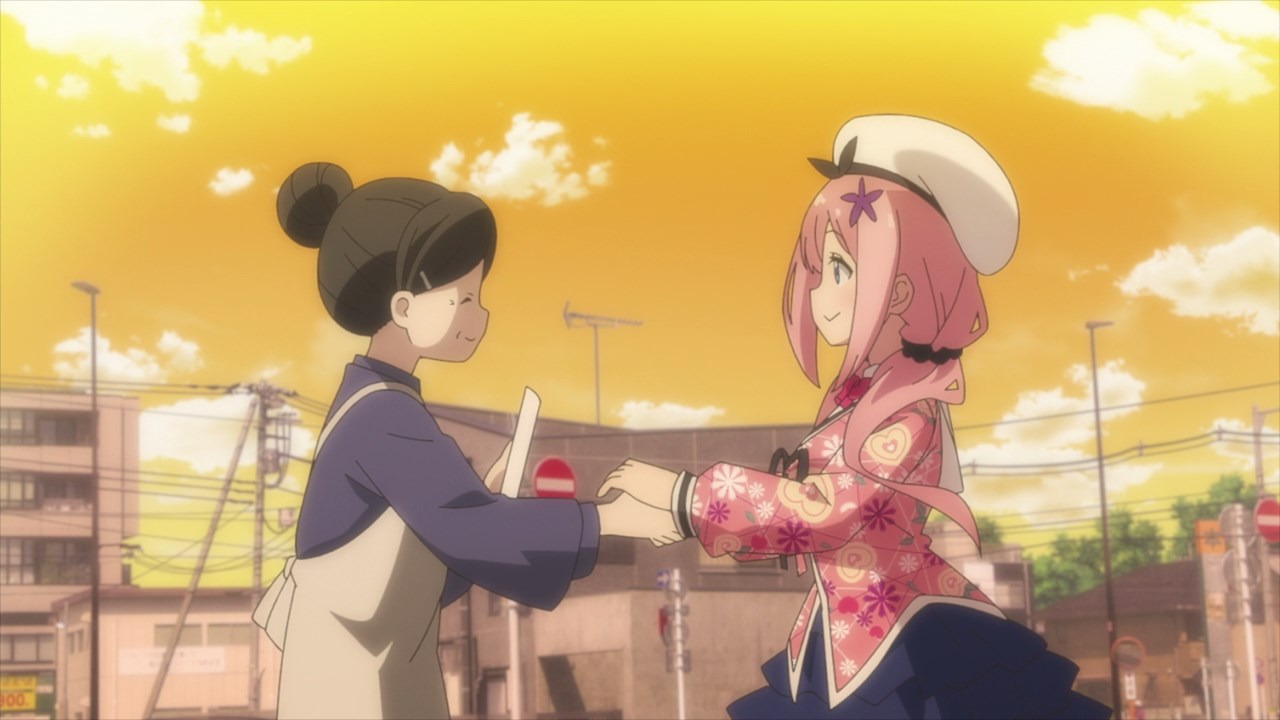 One last thing, they’re gonna hand out supermarket flyers since Ino Sakura and the rest will need to do everything.

Speaking of Ino Sakura, looks like she’s getting the hang of it as she gives out flyers with a smile on her face. 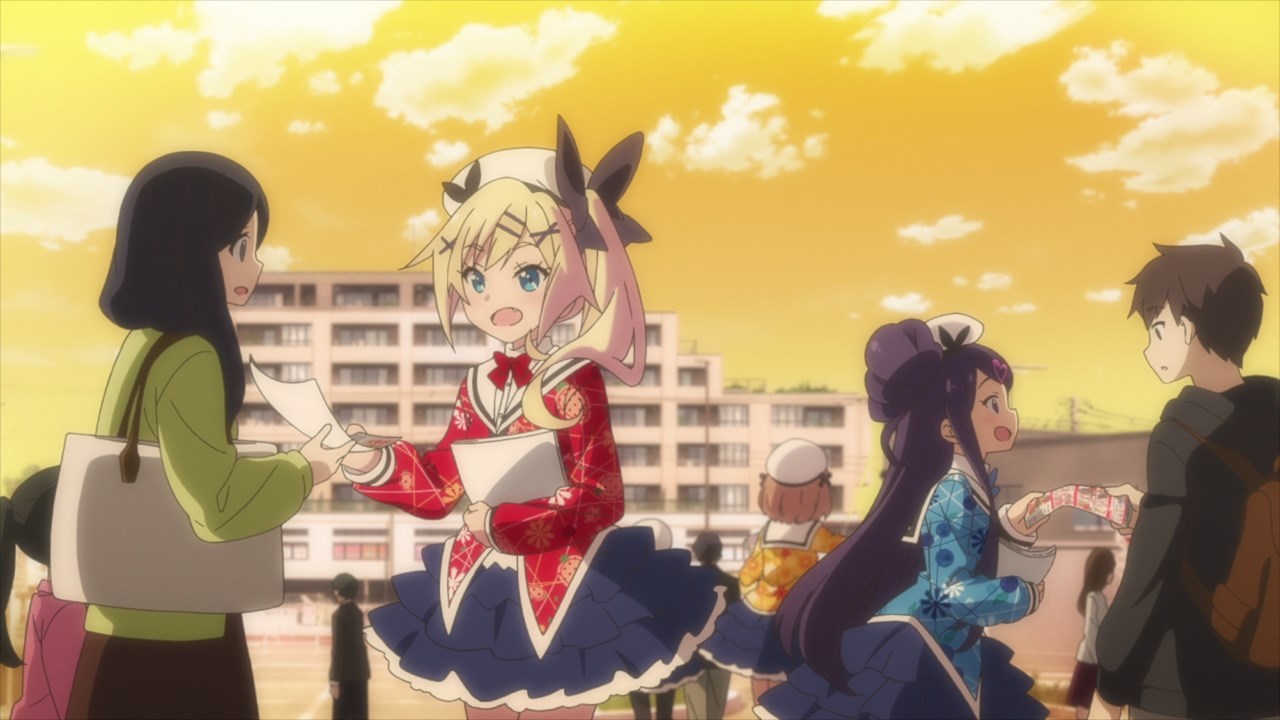 Anyways, it seems that they’re doing good as idols so far, but this is just the beginning of their ordeal as Fruit Tart need to become popular in order to save their dormitory.

Well then, I have to say that this series is looking good and I can’t wait for the next episode!