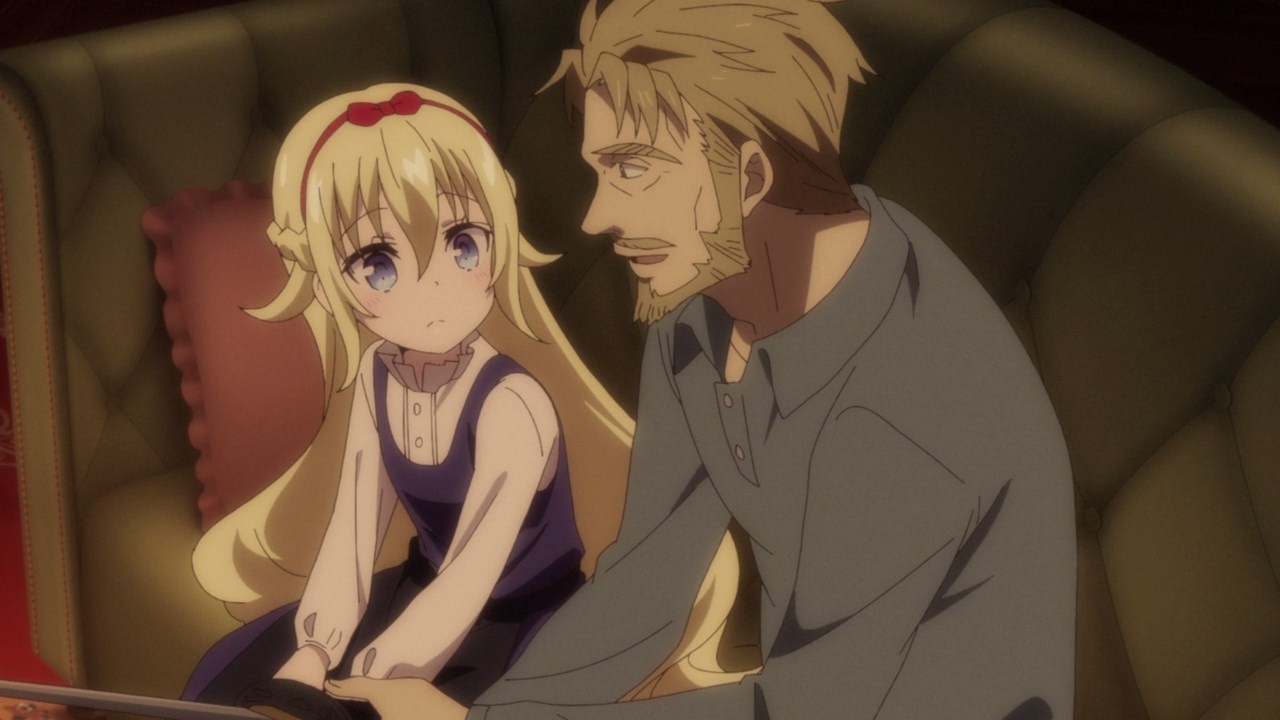 Alright, let’s begin with a little flashback as Claudia Bruford learned how amazing Japan is from her father, who stationed there a few years ago.

I don’t know if he’s still alive or not, but I would say that Claudia will be surprised that Japan isn’t a country that strictly follows the bushido code. 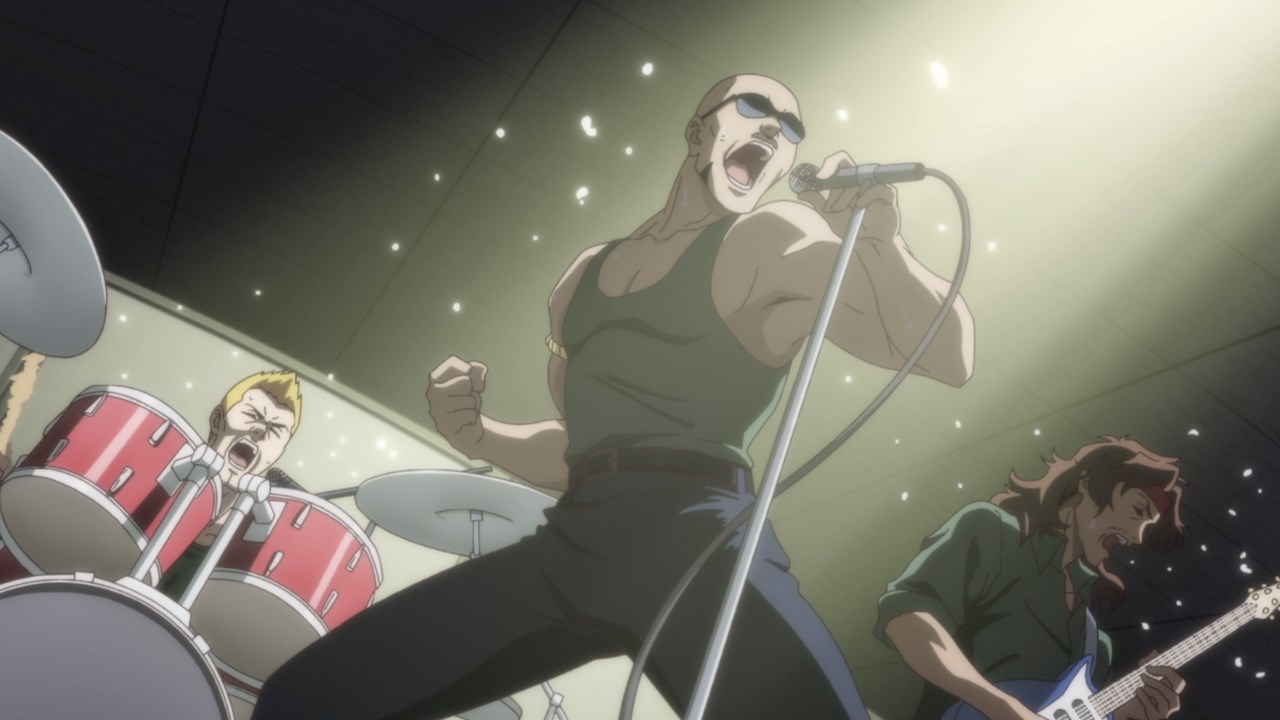 Anyways, let’s move onto the present and after their first sortie, the Valkyrie Squadron at Tateyama Base are having a blast at the welcome party.

By the way, this is the Shield Squadron where the trio are voiced by the likes of Tomokazu Sugita, Mafia Kajita, and Yuuichi Nakamura. I hope those bros won’t die in future episodes. 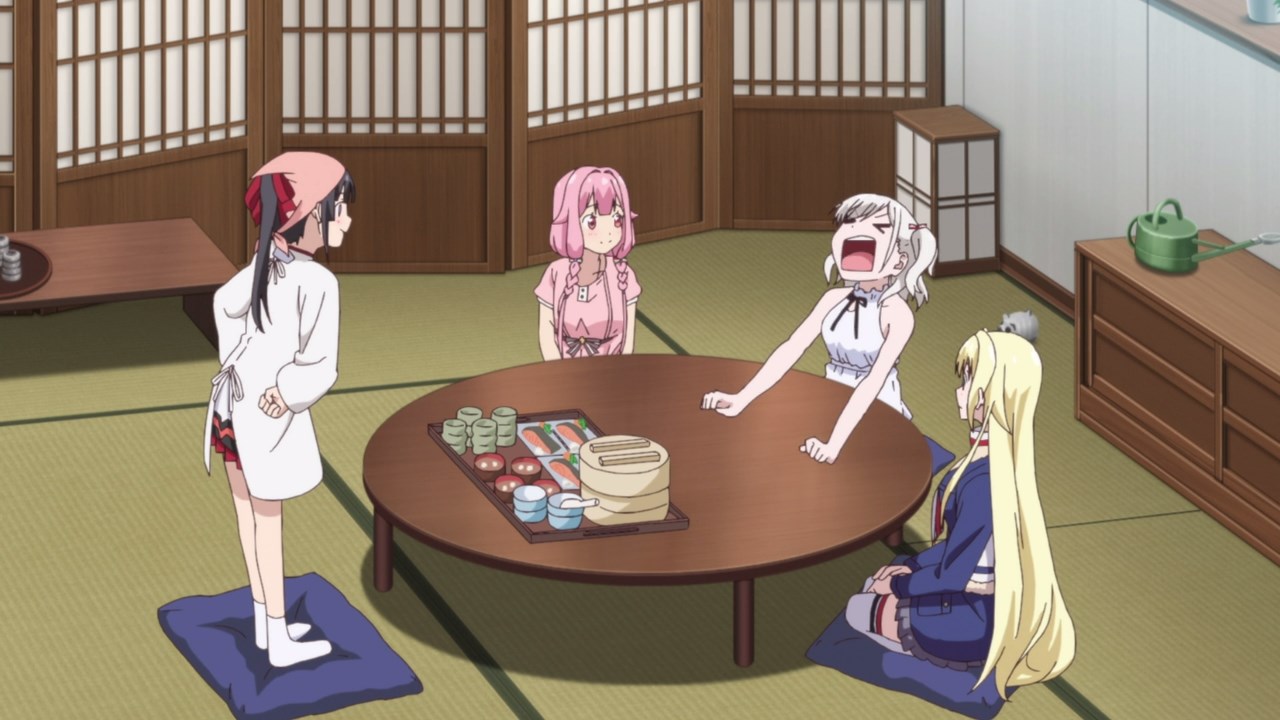 But now, it’s time to focus on the Valkyrie Squadron where the only one who’s really tired is Azuzu Komagome.

Gotta say that she really needs to hit the bed early but even then, this genius is restless when it comes to tinkering Hero Wings especially her own. 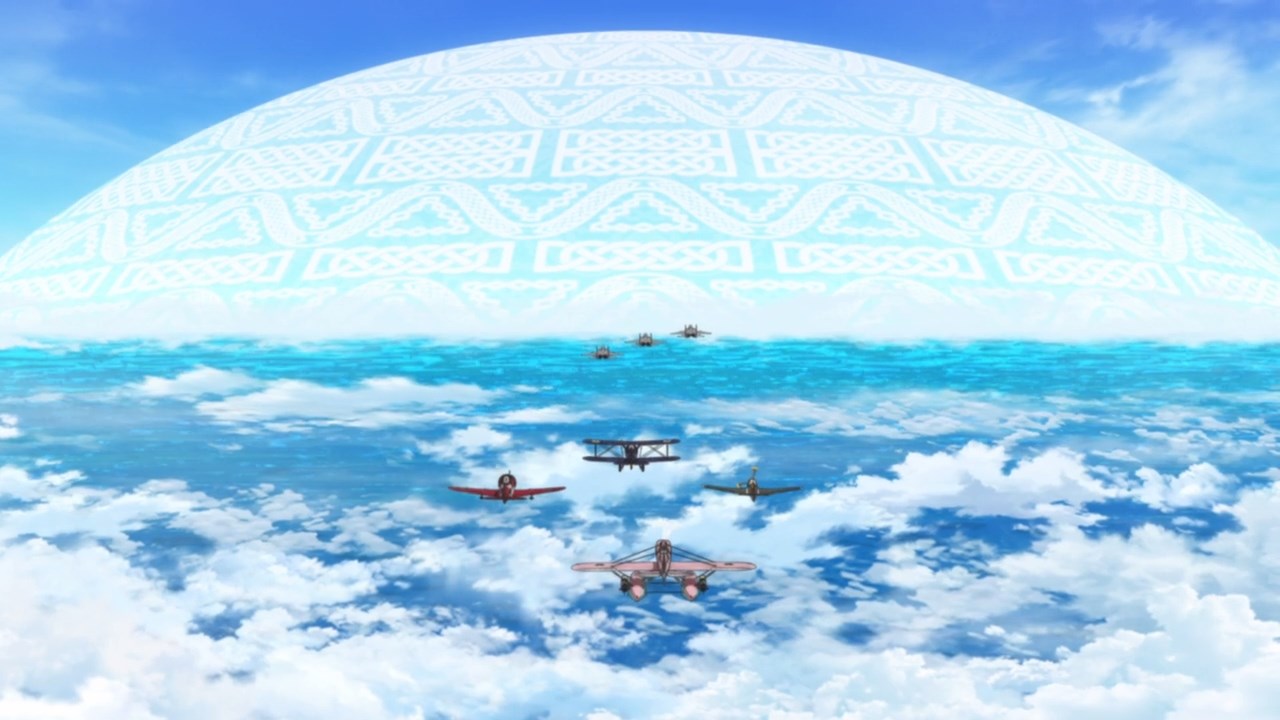 Now then, it looks like another Pillar has arrived where it created a barrier.

Obviously, neither the Valkyries nor the Shield Squadron couldn’t destroy it so they need to tackle the enemy in another direction. 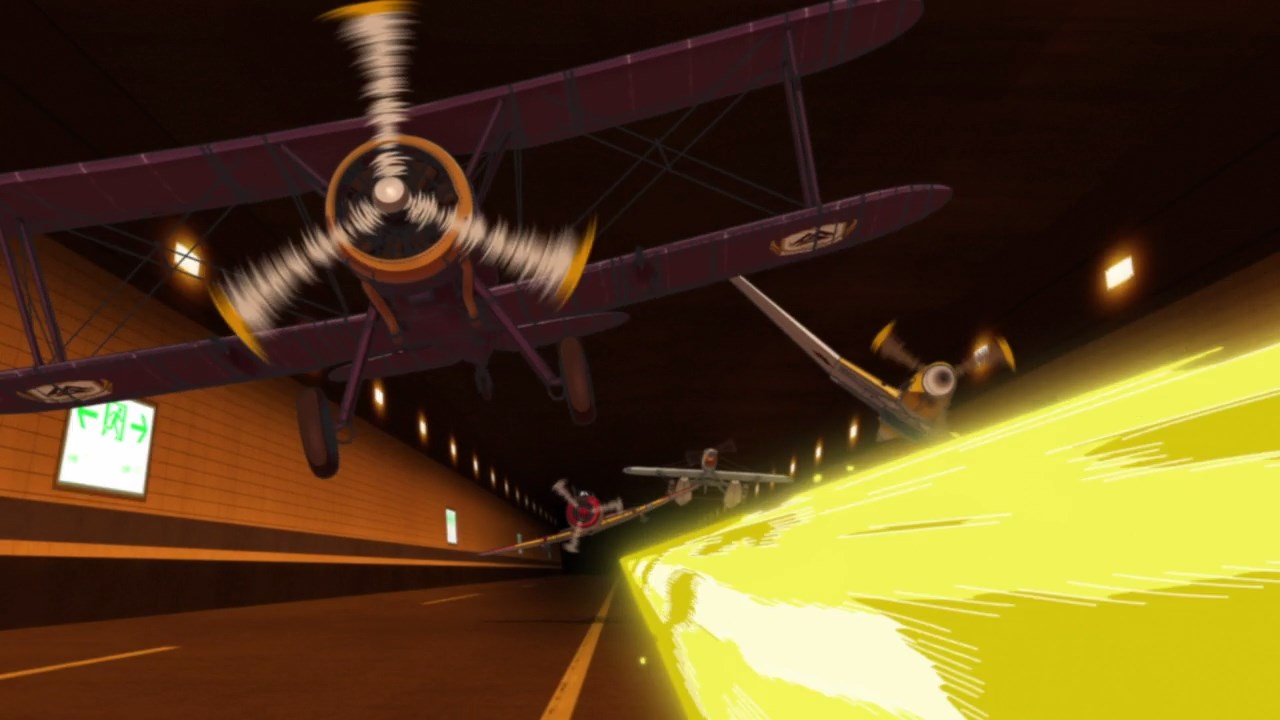 That’s where Azuzu Komagome came up with an idea of using the Aqua-Line to get past the barrier until they reach the exit towards the Tower of Wind. 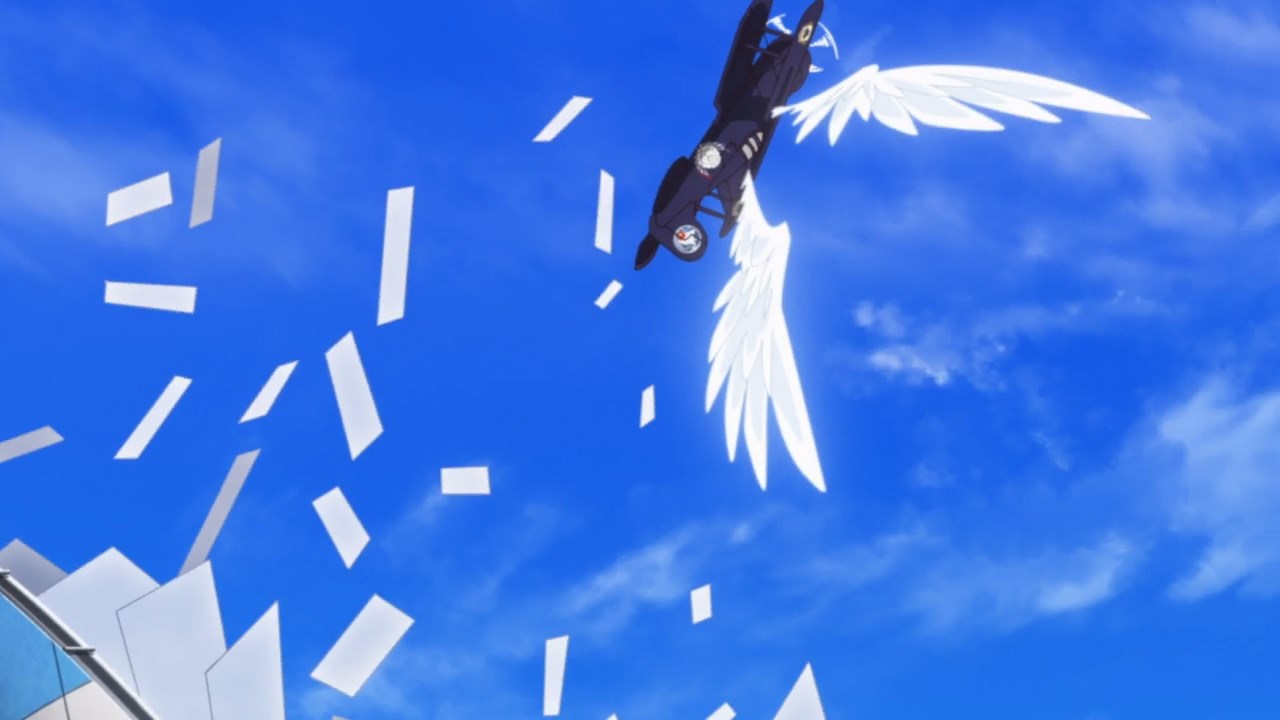 Now that the Valkyrie Squadron got inside the barrier, it’s time to tackle the Pillar… 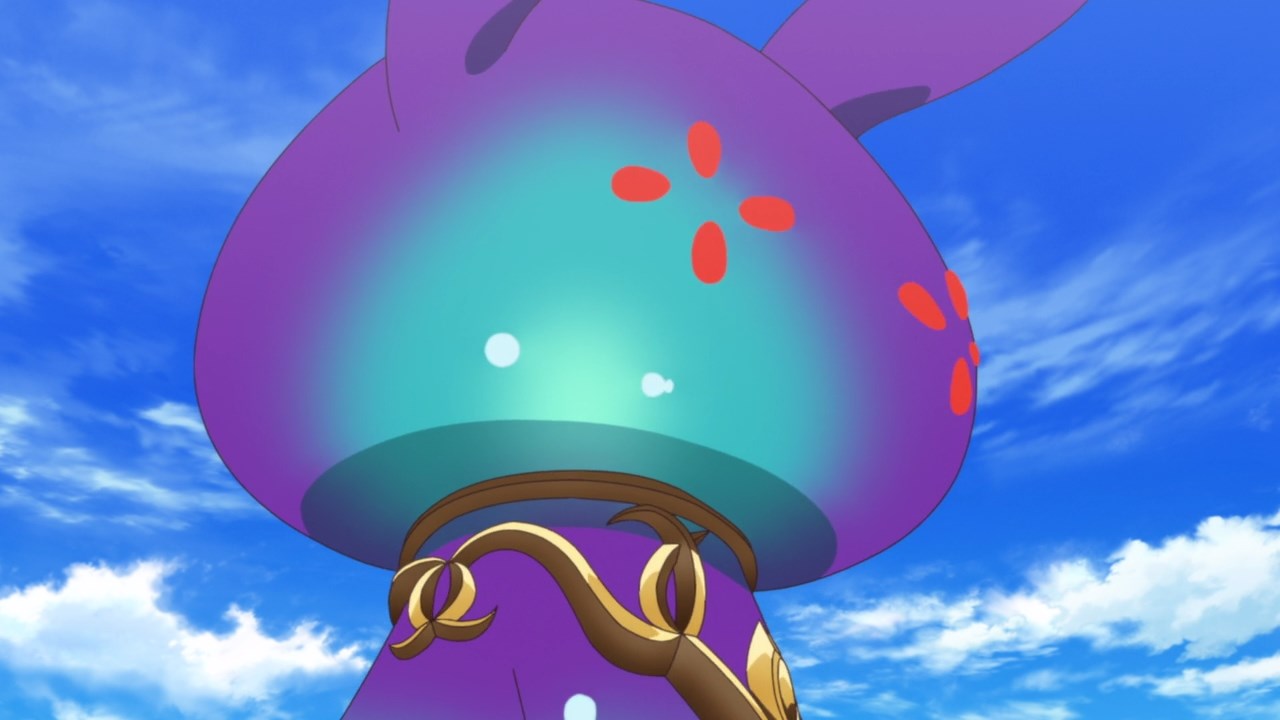 …which is shaped like a bunny. Now it may looked cute but this Pillar is still dangerous! 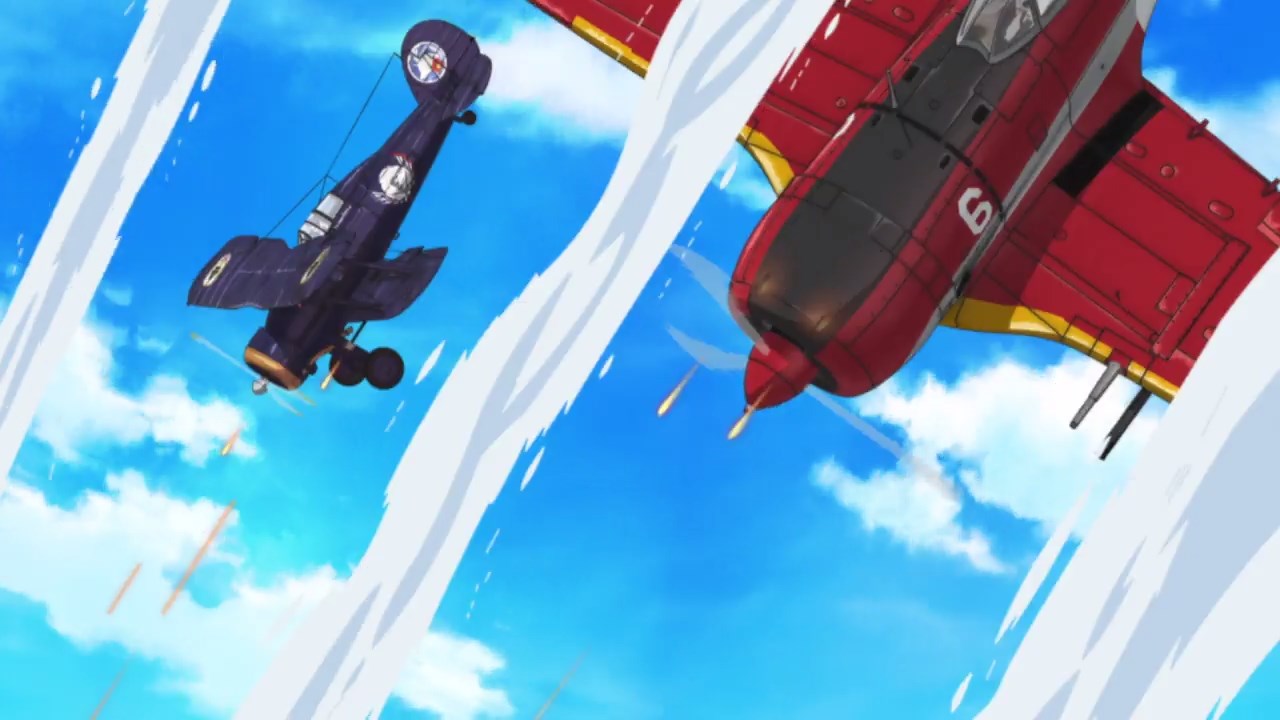 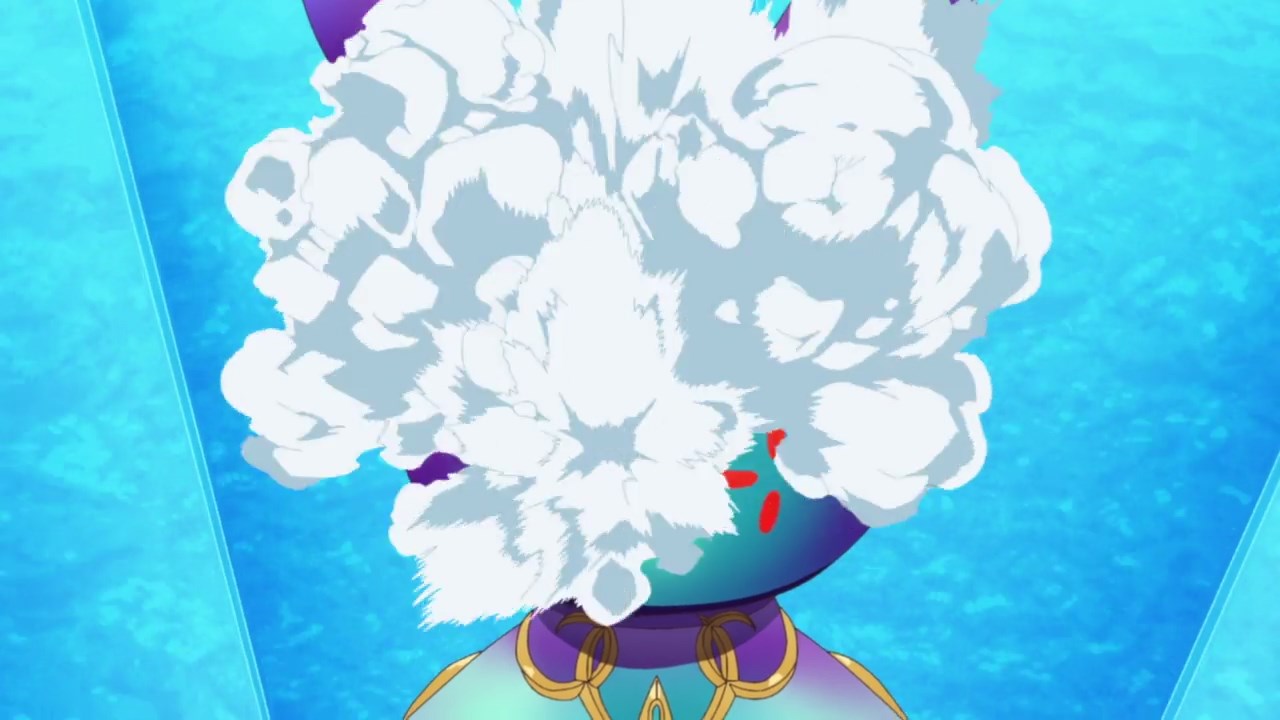 Well then, time for Miyako Muguruma and Claudia Bruford to unleash their payload towards the Pillar until its core is destroyed. Unfortunately, it’s not enough to destroy it. 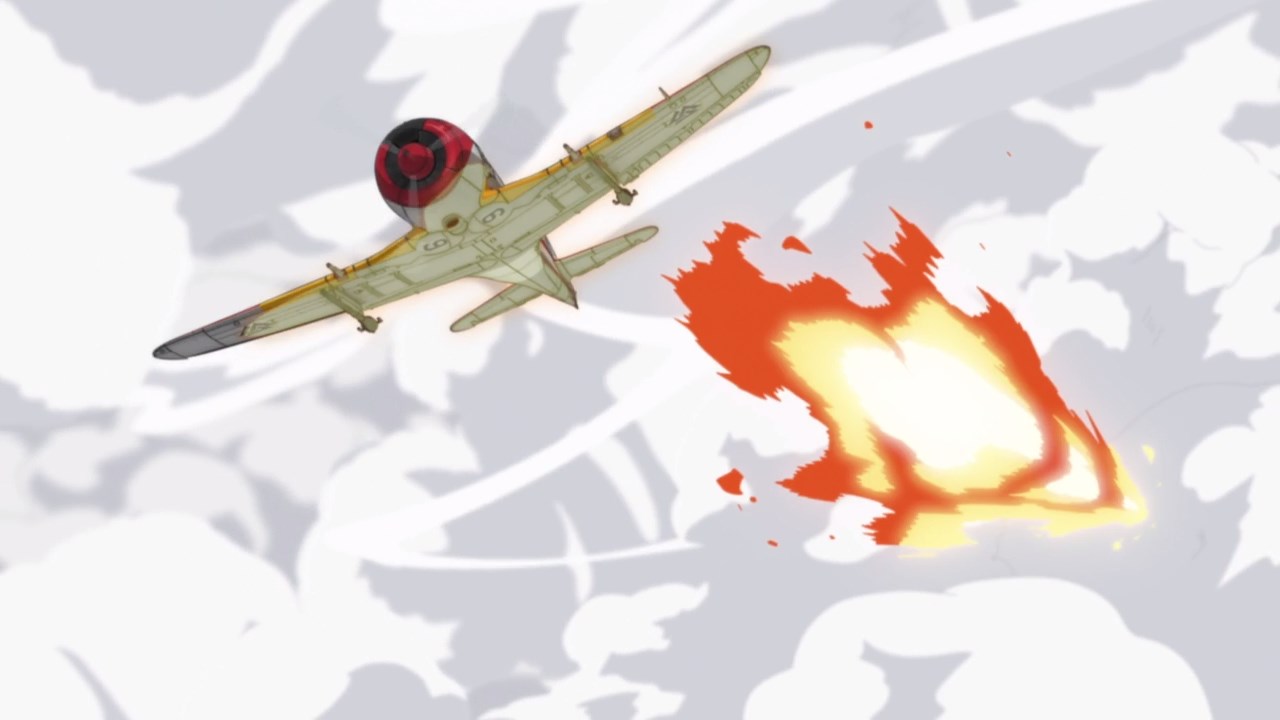 It’s even worse when the Pillar shoots out flames which Miyako Muguruma almost got hit by its fire attacks. 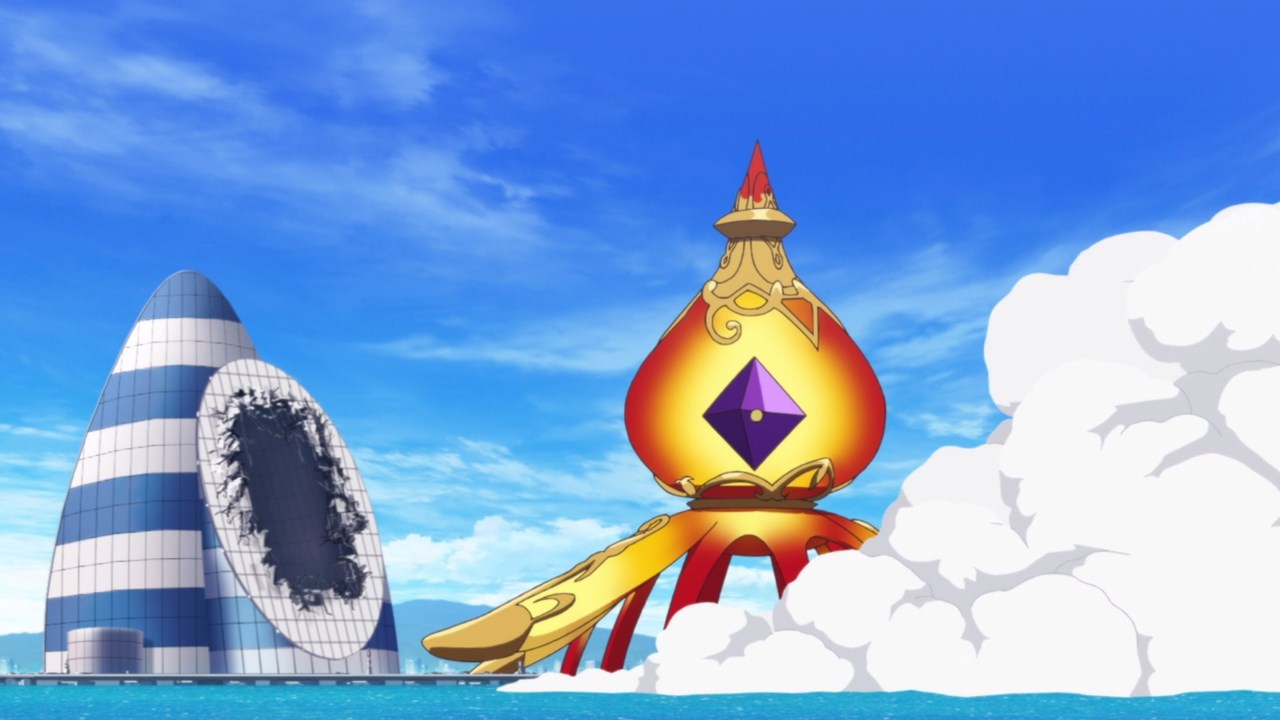 With that said, the Pillar has changed its form in which its flame body can melt bullets and missiles. Basically, it’s impenetrable! 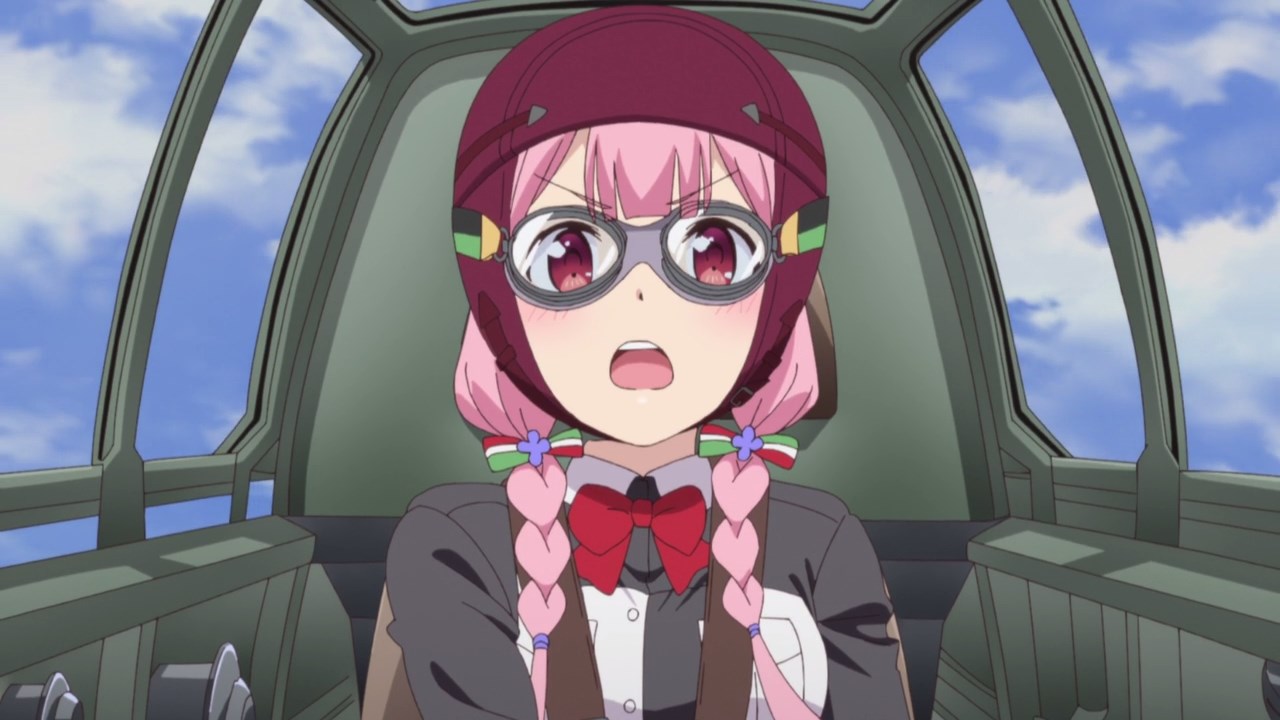 However, Sonoka Watarai has another plan where she has a secret weapon to quell the Pillar’s flame body. 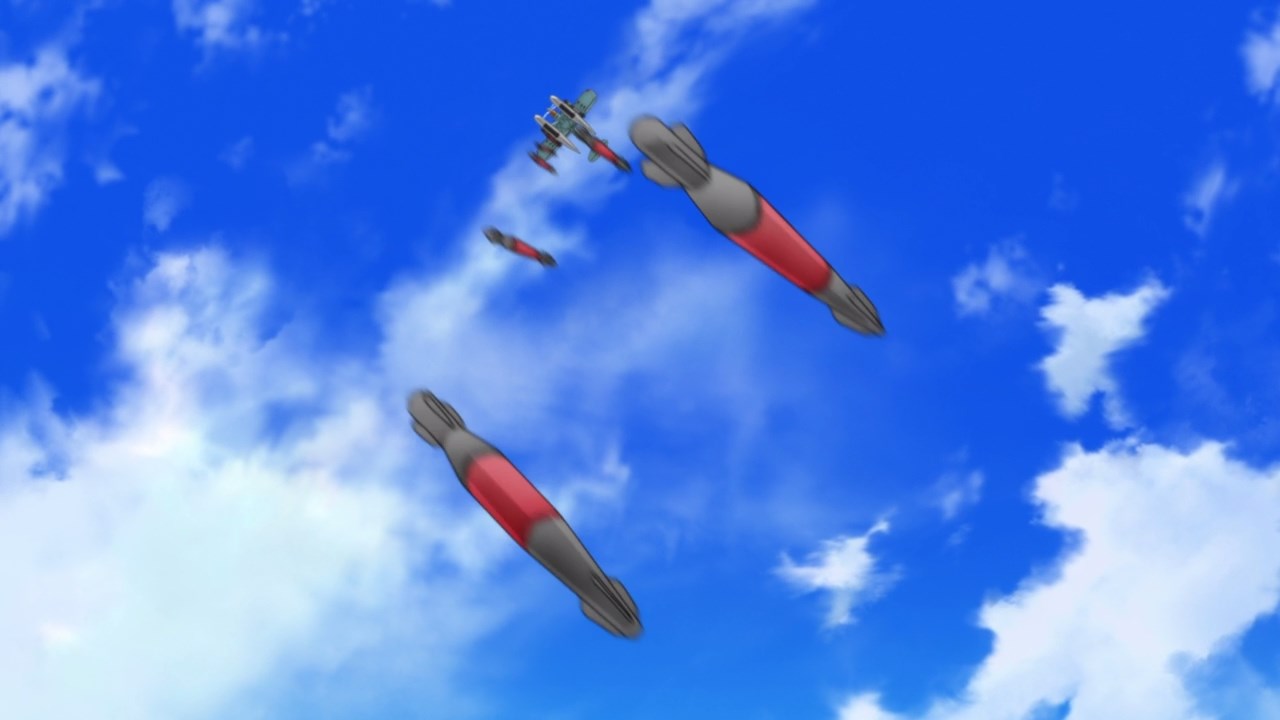 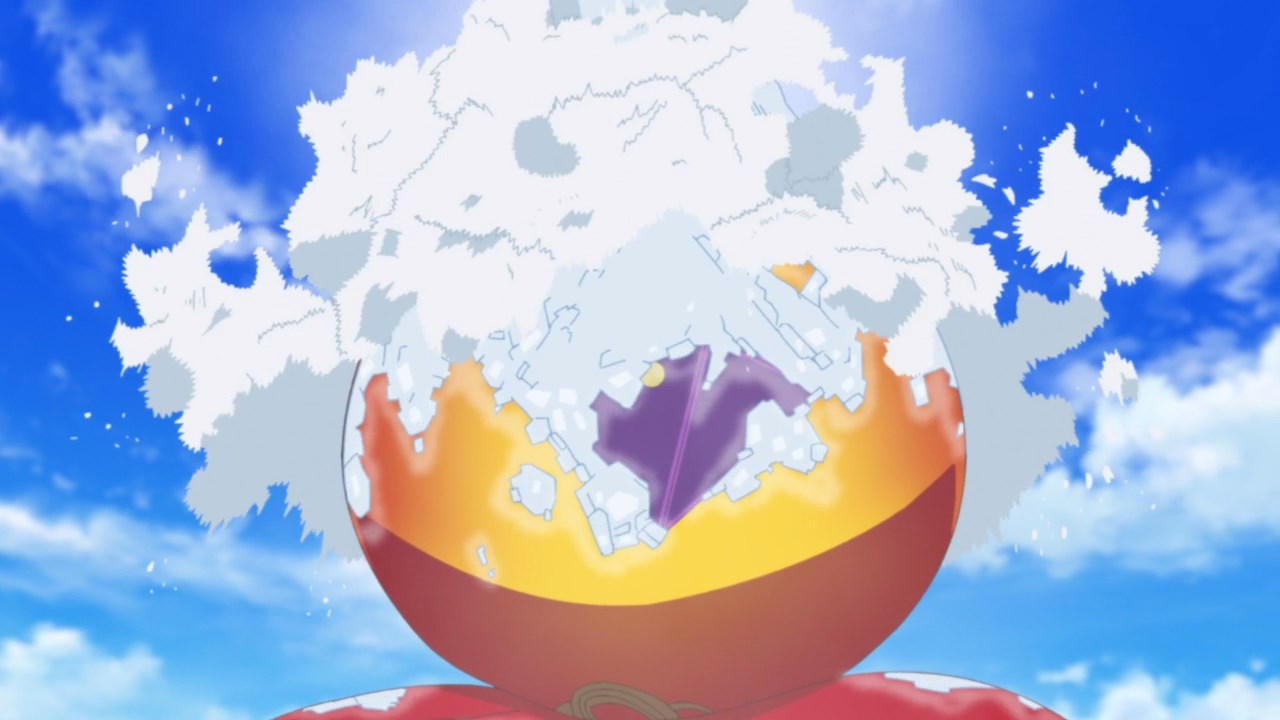 Anyways, Watarai drops a cluster bomb full of coolant in which the Pillar’s body cools down until it cracks. 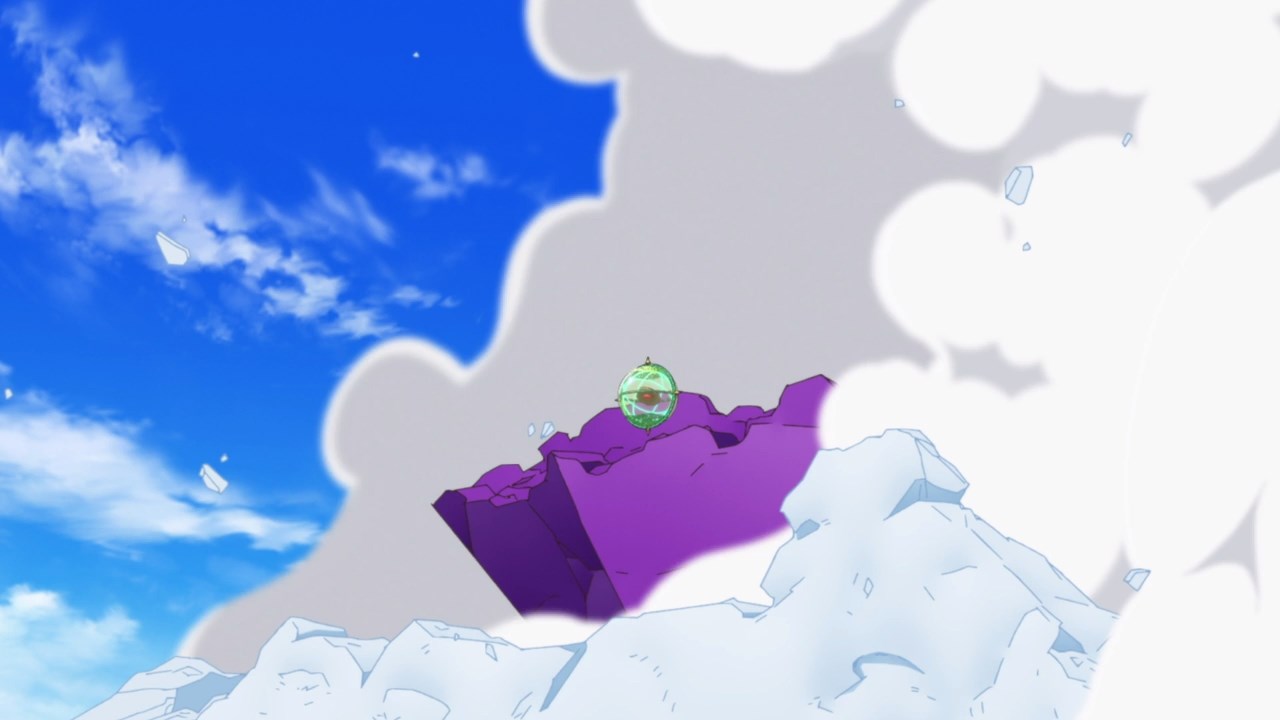 And once its body is destroyed, the Pillar’s core is finally exposed which means that the Valkyrie Squadron can finally defeat it. 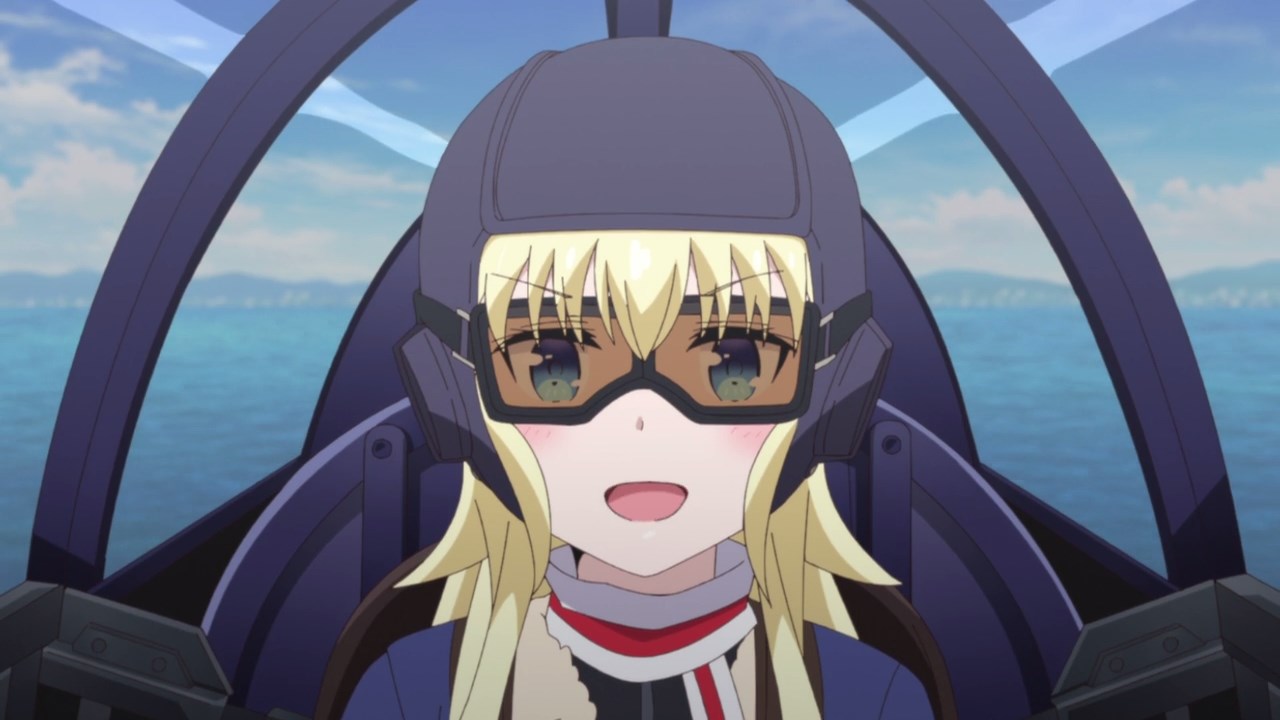 Of course, Claudia Bruford will do the honors as Miyako Muguruma already destroyed the core with her katana on the previous episode.

But unlike Miyako, Claudia will just shoot the core with her machineguns. 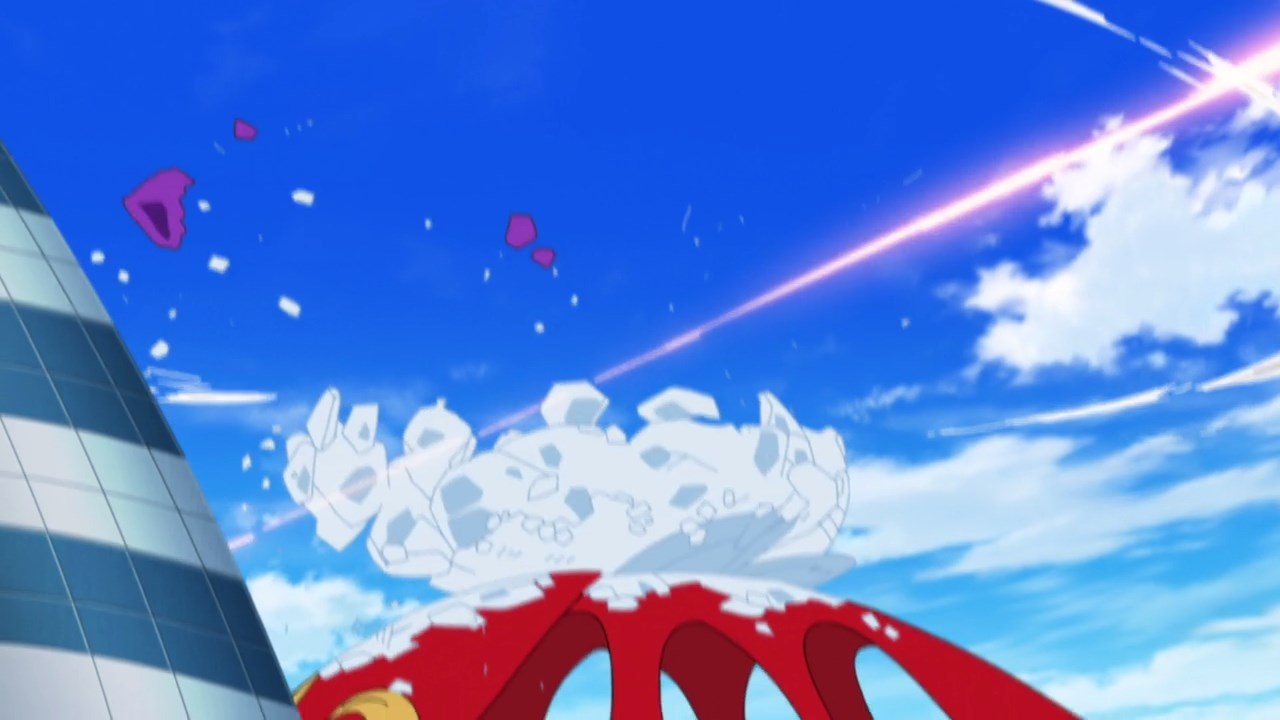 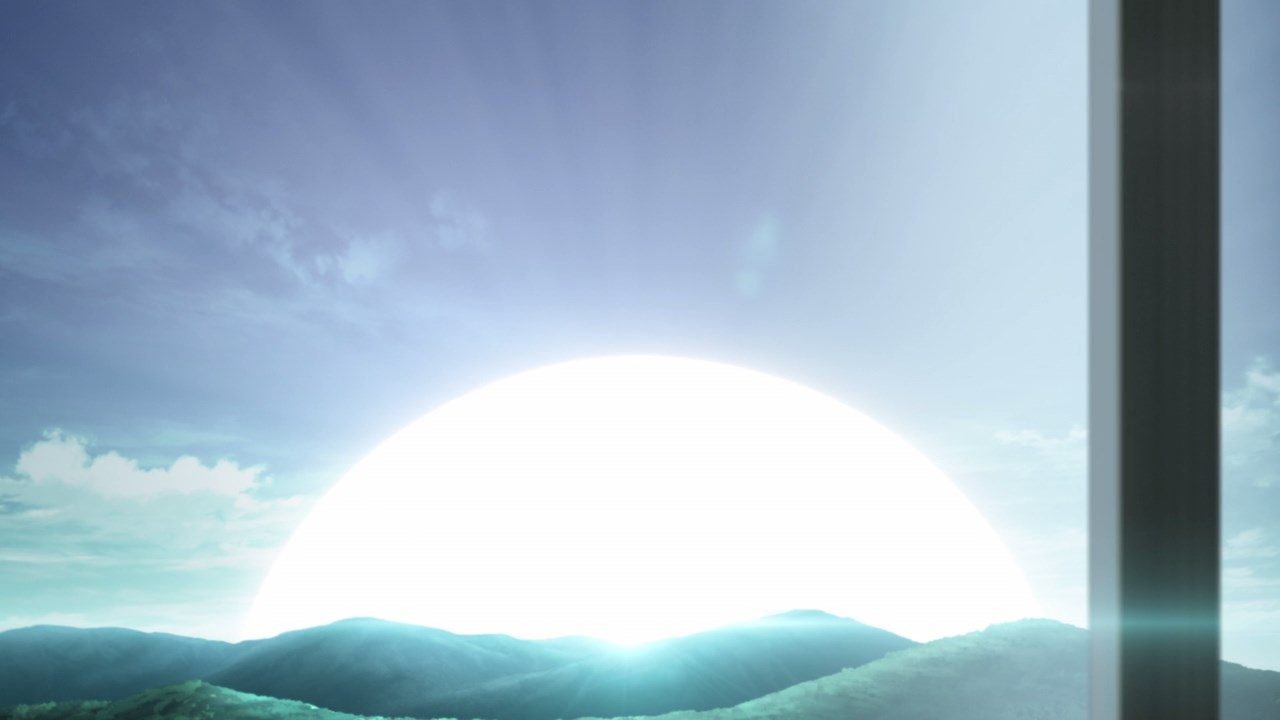 With that said, the core is been shot down by Claudia Bruford as the Pillar is completely destroyed. Then again, I wonder if there are casualties? 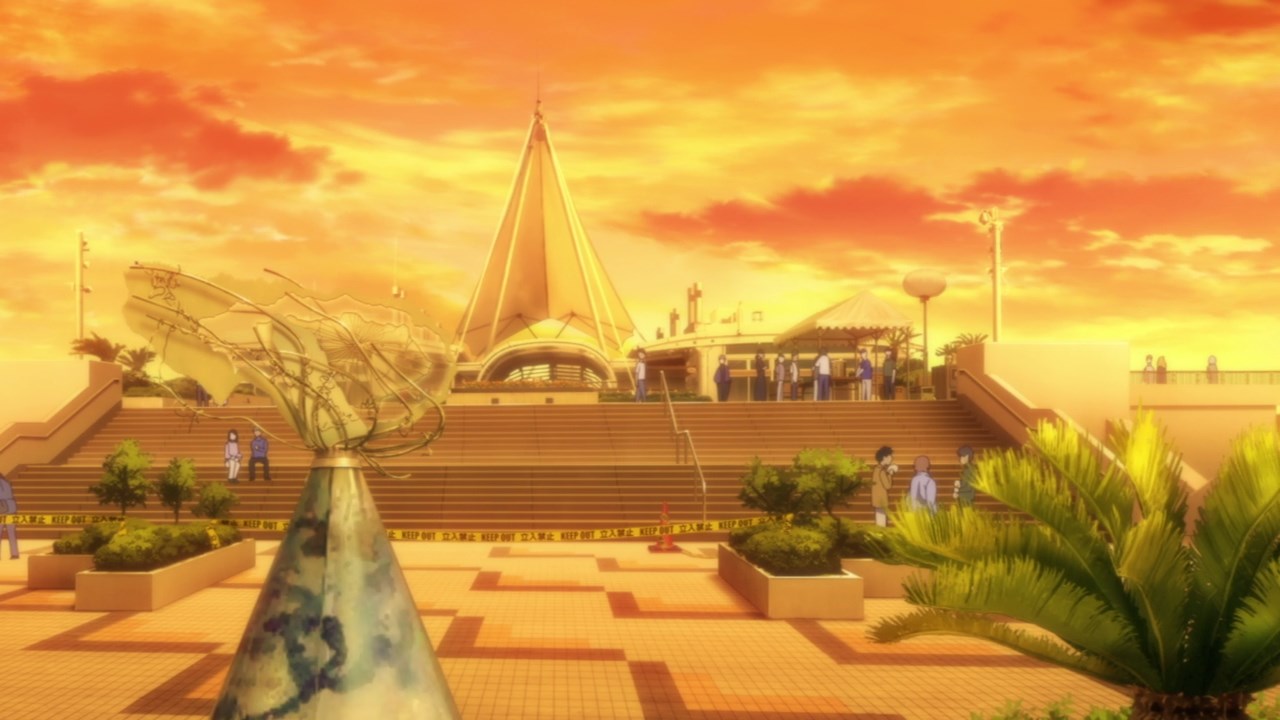 Oh, seems that they’re okay as the civilians are safe. Way to go, Valkyrie Squadron! 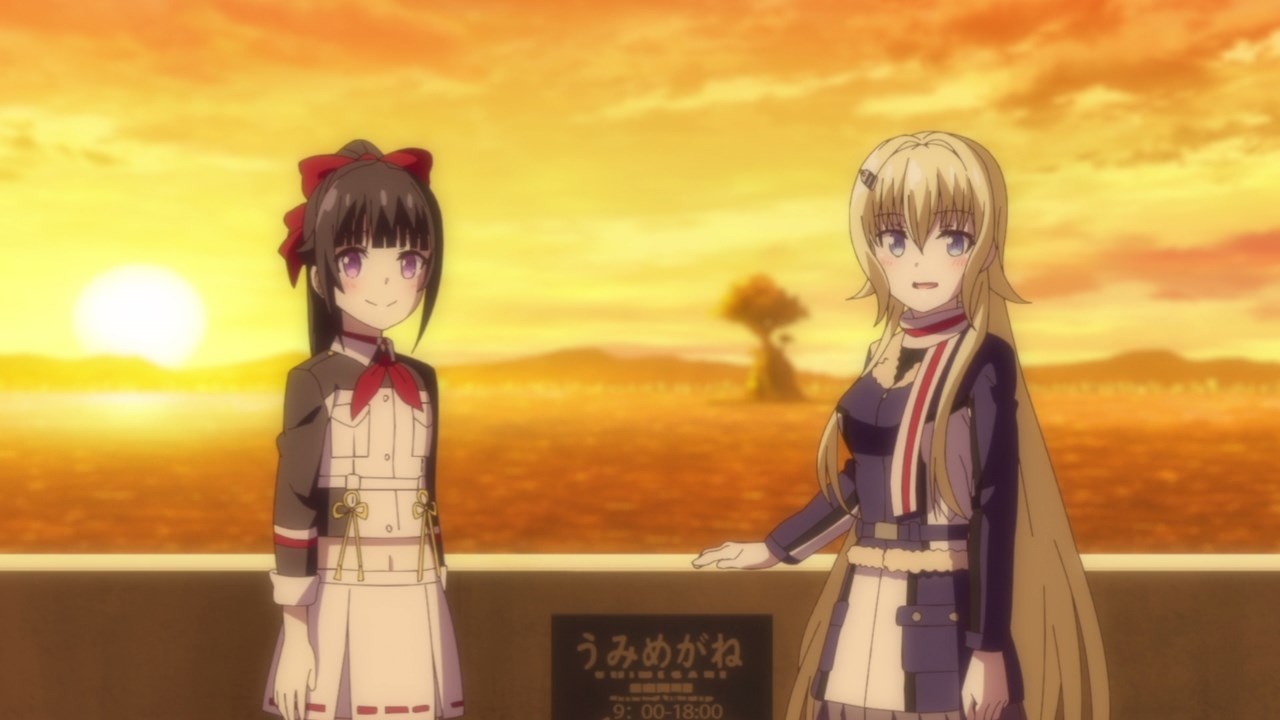 Well then, looks like Claudia Bruford got used to her new environment easily. But yes, I feel that Japan will be safe from the Pillars but I don’t know how will they destroy the enemy altogether. 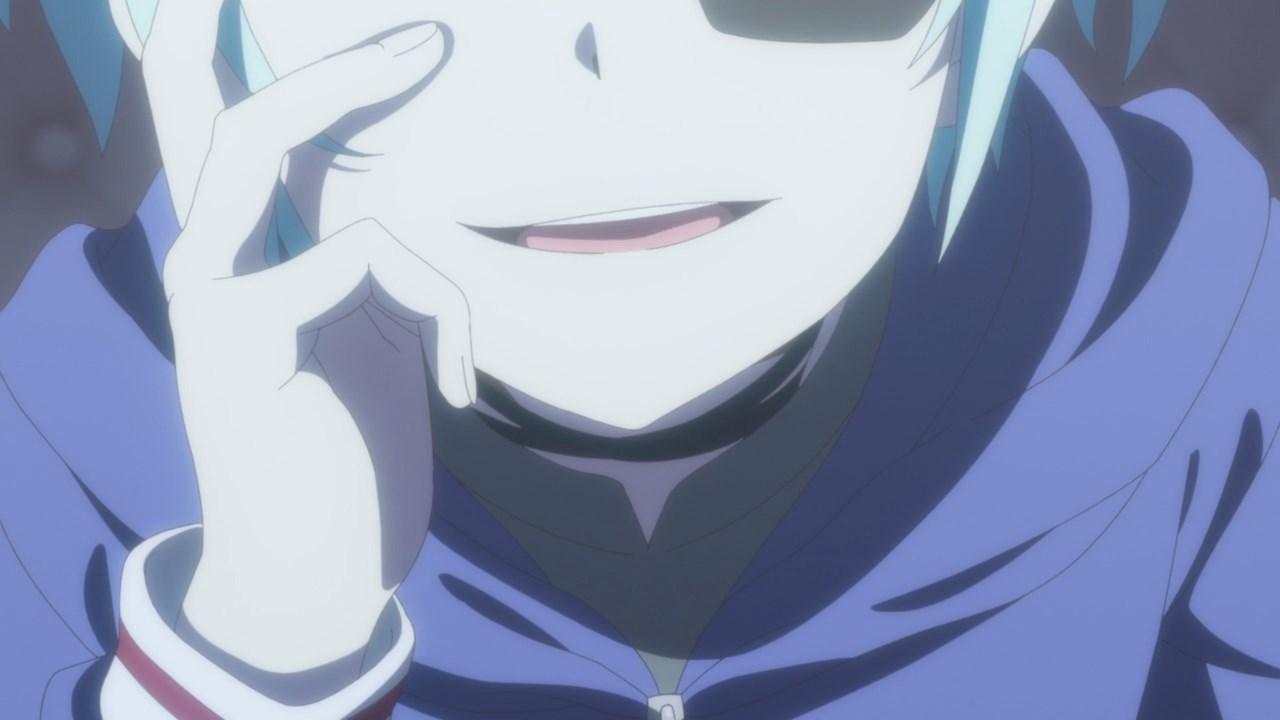 One last thing, this is Odin and while he’s the one who gave humanity the power to stop the Pillars, I have a feeling that Odin might be the mastermind behind the Pillars’ threat. Anyways, tune in next time!