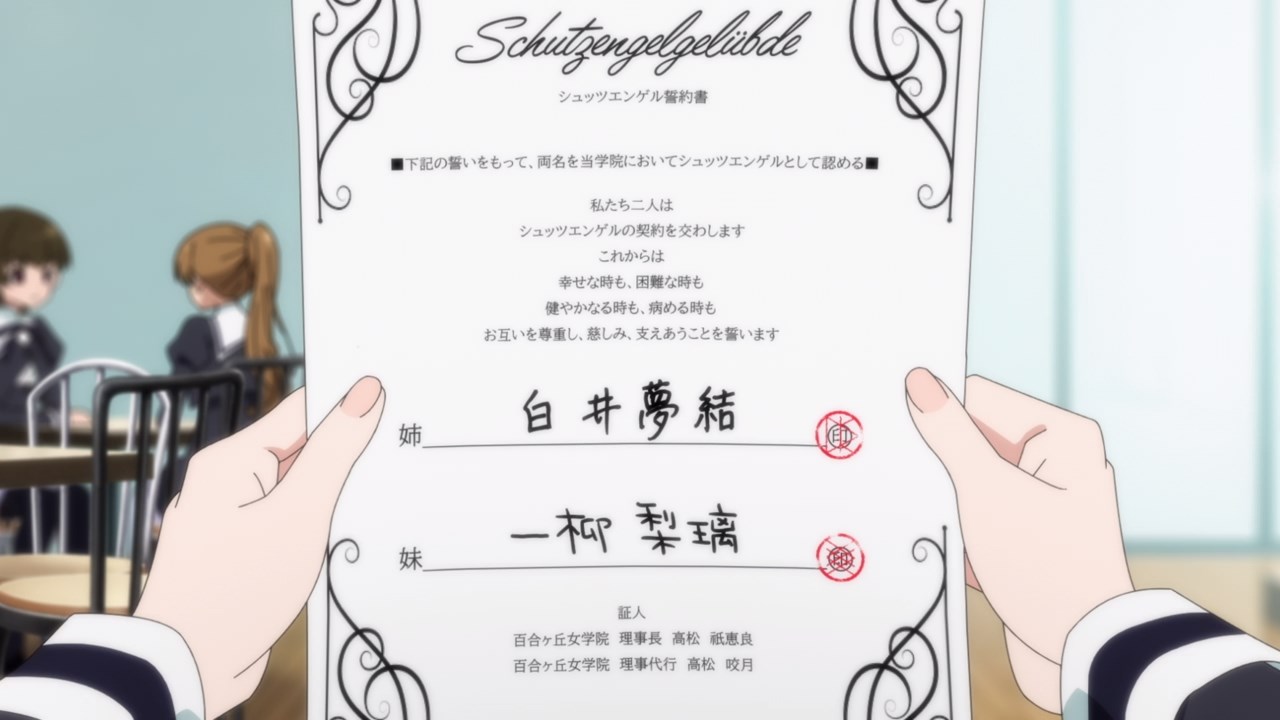 Well it’s official, Riri Hitotsuyanagi has become the Schild for Yuyu Shirai. Yeah, they even have a marriage contract for that! 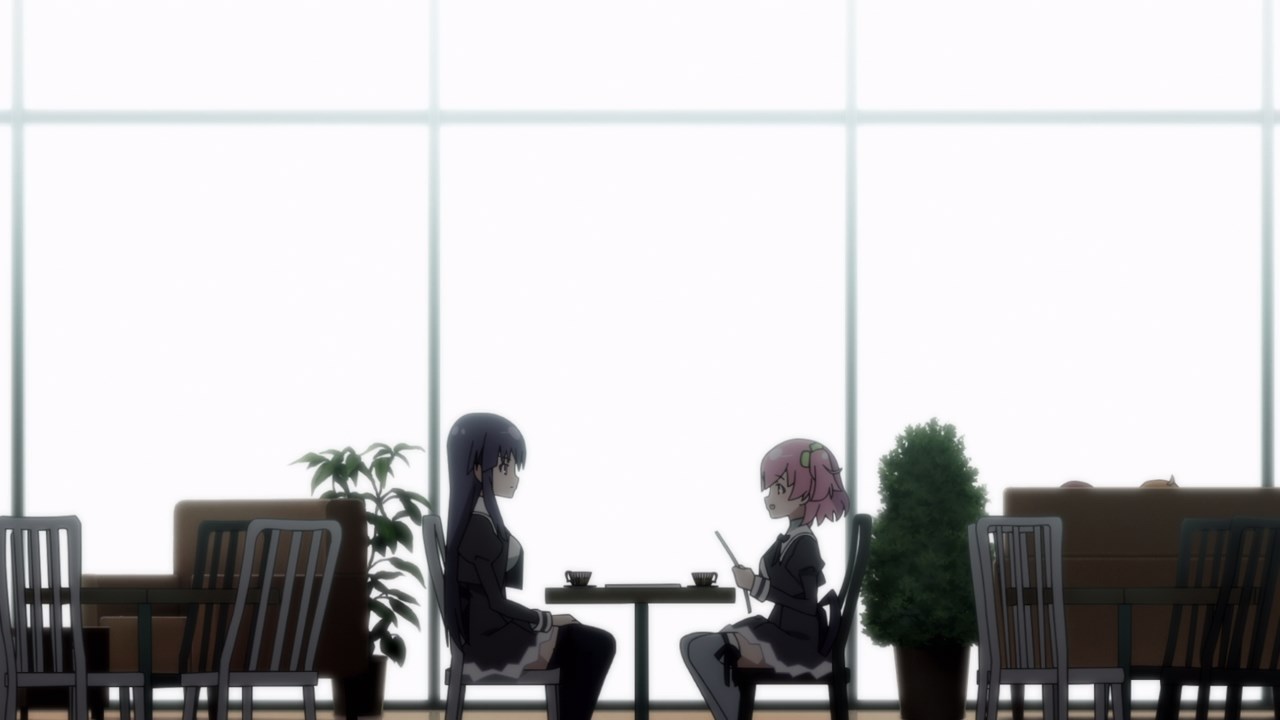 And while Riri is happy that Yuyu-sempai has become her Schutzengel, this is just the beginning for their partnership as there will be challenges ahead. 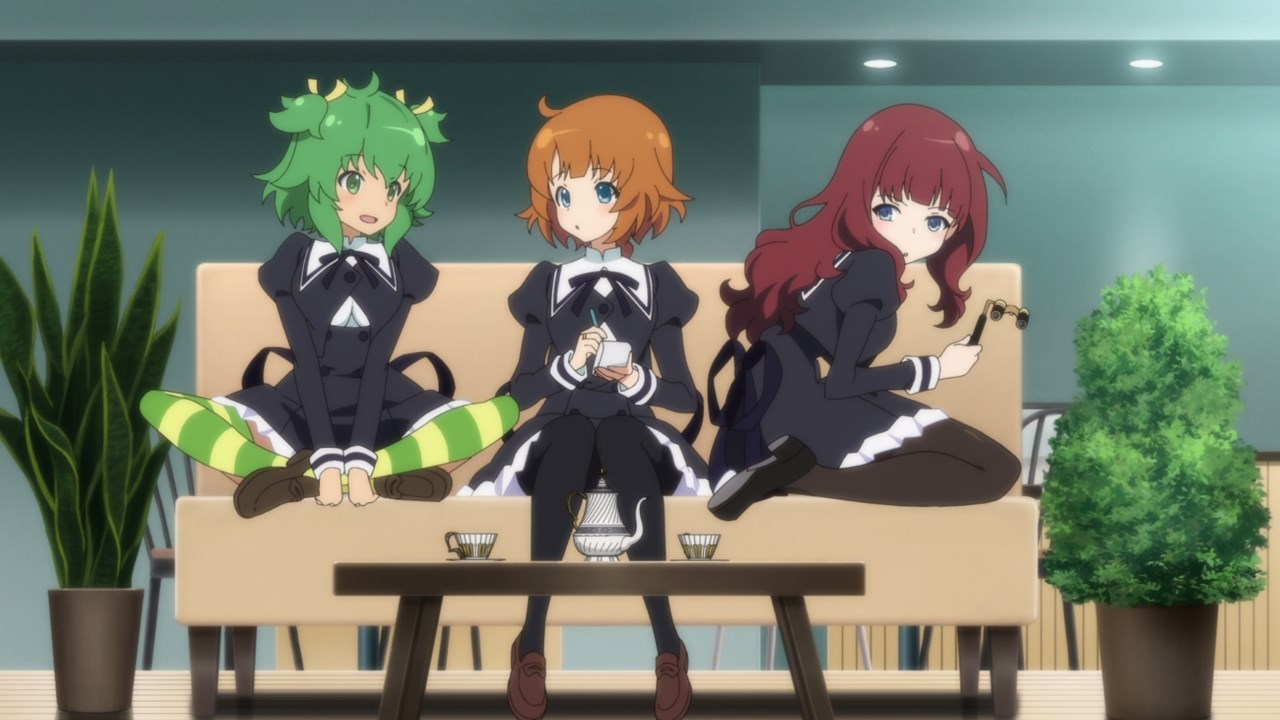 By the way, there’s a new character introduced named Thi Mai Yoshimura where she’s really interested between the partnership of both Riri Hitotsuyanagi and Yuyu Shirai.

One more thing, I feel that AZONE and Bushiroad wasted their opportunity to give Thi Mai a baton CHARM as her weapon. C’mon, Haruki Iwata voices both Mahiru Tsuyuzaki and Thi Mai Yoshimura. 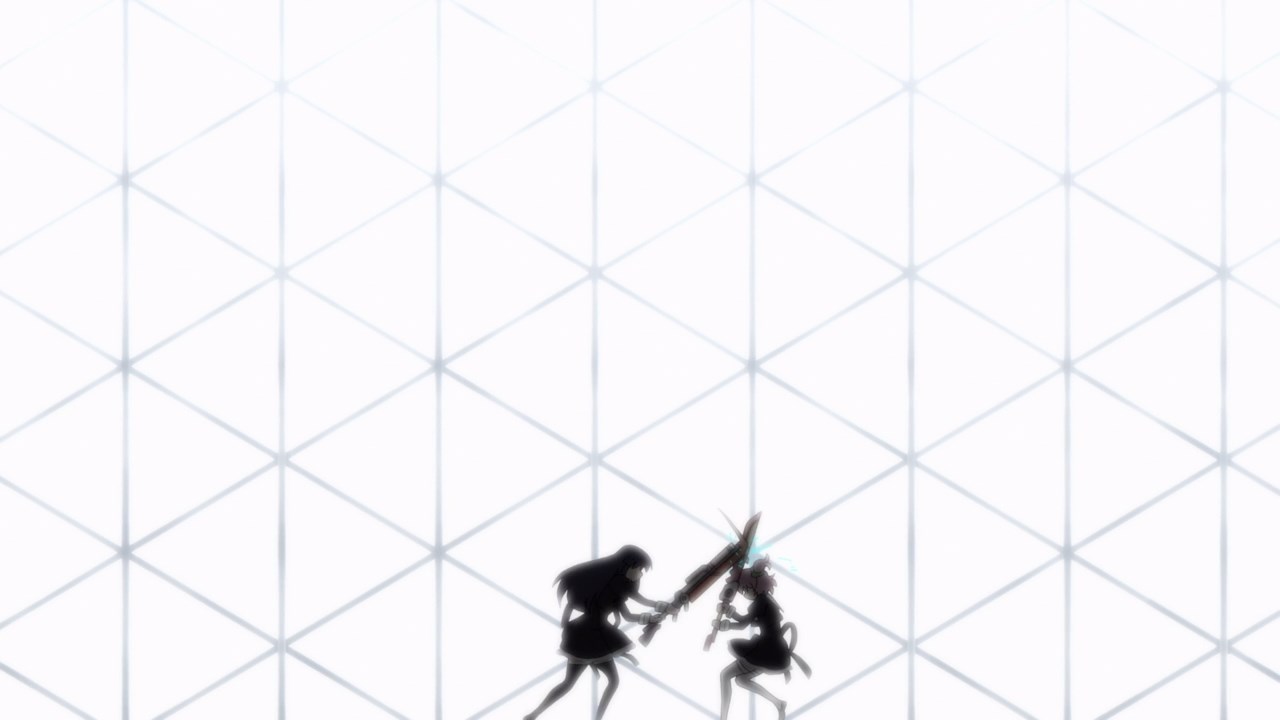 Now then, it’s time for Riri Hitotsuyanagi to begin her partnership with Yuyu Shirai as they train together, although Riri is still a beginner whereas Yuyu-sempai is a veteran when it comes to fighting HUGEs. 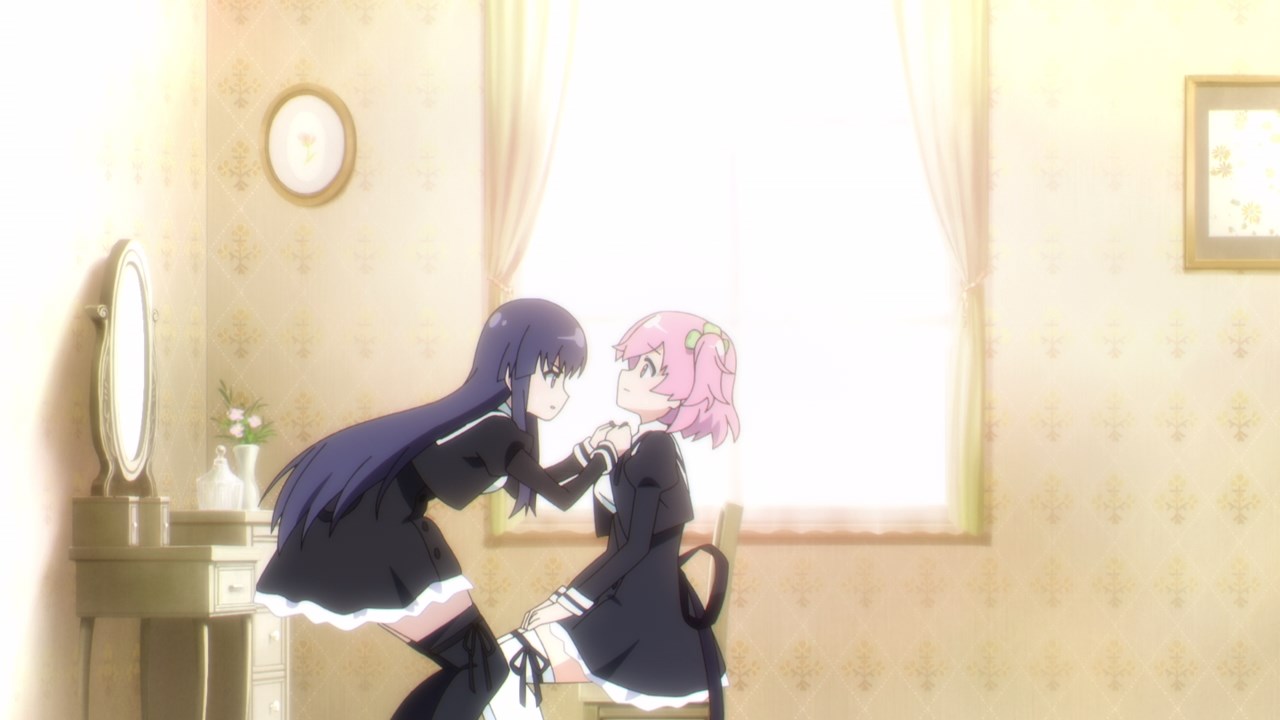 Oh and they not only train together, but also take care of each other as Yuyu fixes Riri’s bowtie. Very nice! 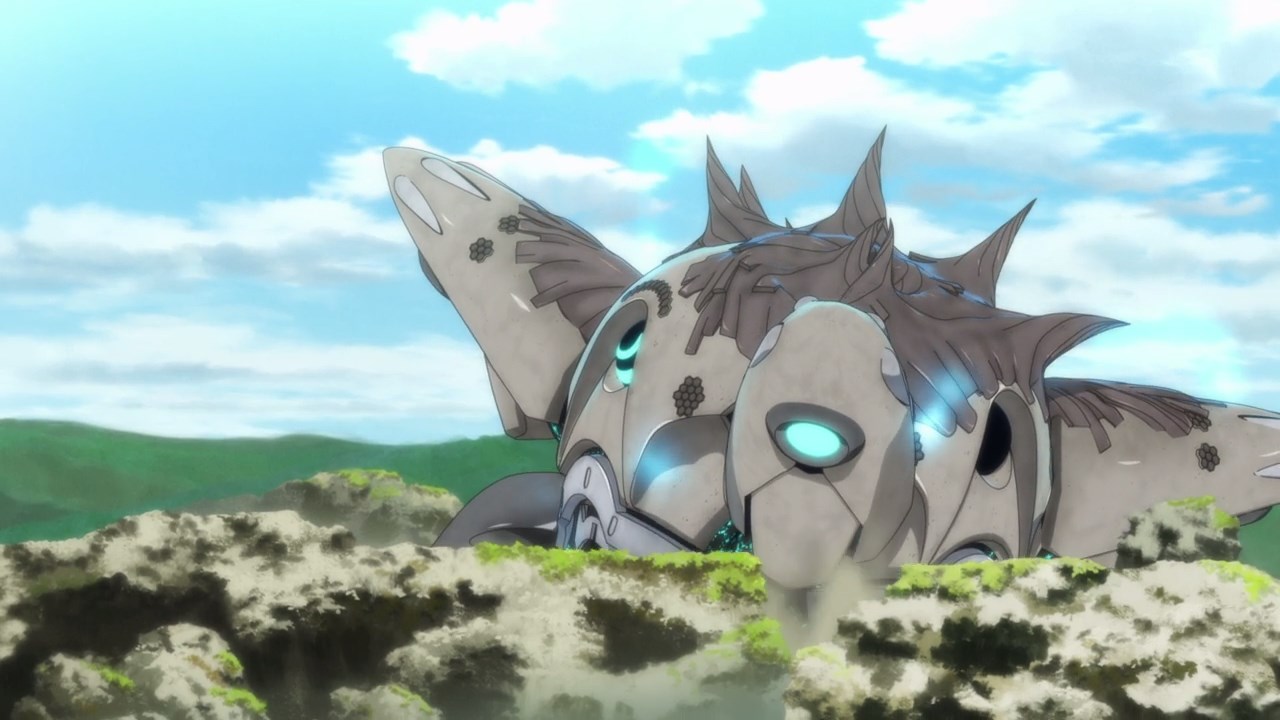 Of course, their sweet time together is interrupted when a HUGE has appeared. And this time, it’s a Restored where this HUGE has seen combat and survived.

So yeah, there are some HUGEs who not only sustained damage and live for another day, but a few of them might have killed some Lilies as well. 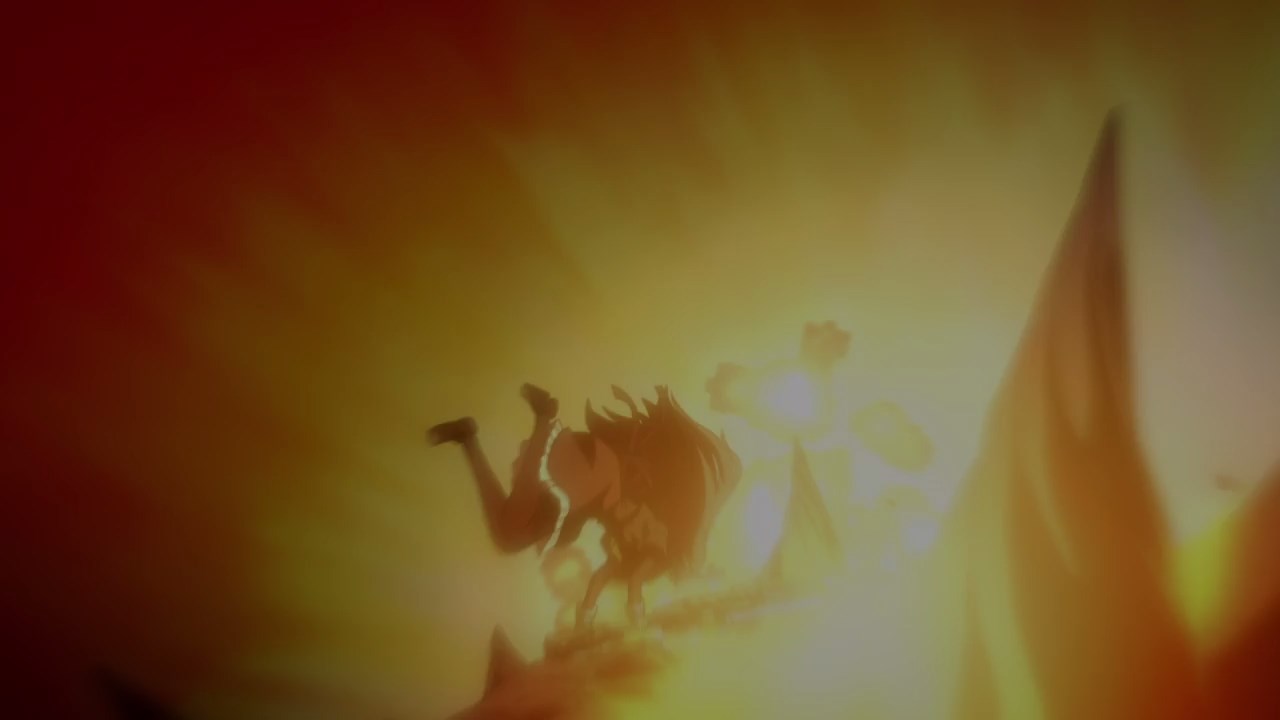 With that said, Yuyu Shirai has decided to sortie on her own as she tries to kill this HUGE in a single blow. Then again, this battle won’t be easy. 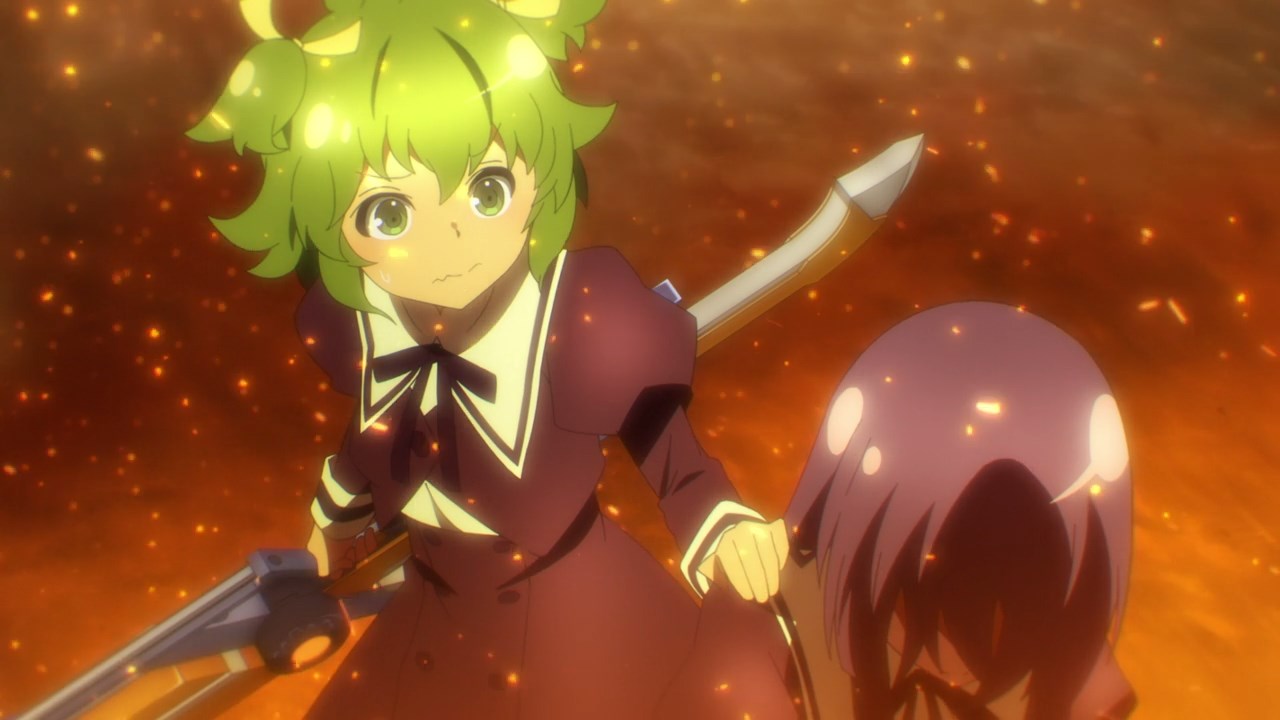 On the other hand, it appears that Yuyu is acting strange that Thi Mai Yoshimura tries to take Shirai out of the battlefield. However, Yuyu doesn’t respond to Thi Mai at all. 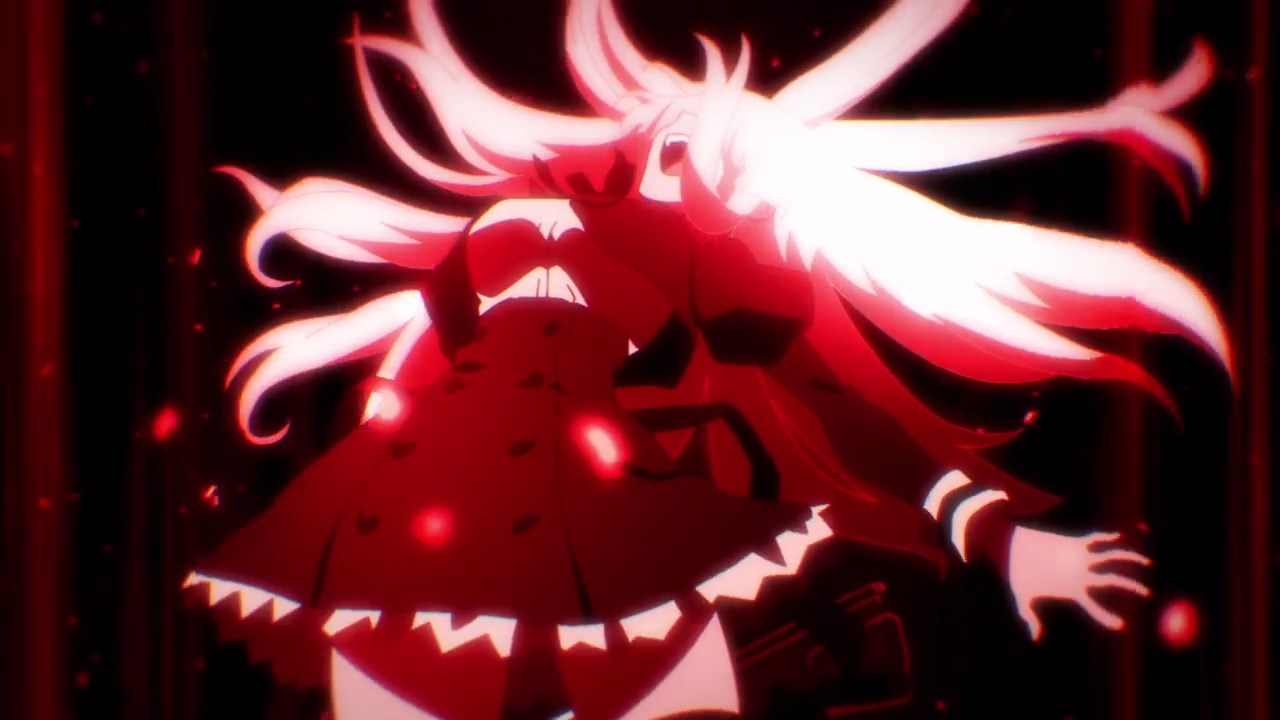 In fact, she loses herself in a fit of rage upon seeing dozens of CHARMS being imbedded in the HUGE’s massive shell. Wait, I think this HUGE killed lots of Lilies before.

With that said, looks like Yuyu Shirai subconsciously activates her Rare Skill called Lunatic Trancer in which she becomes a powerful Lily, but at the cost of her sanity as Yuyu will attack everyone regardless of whether be a friend of foe. 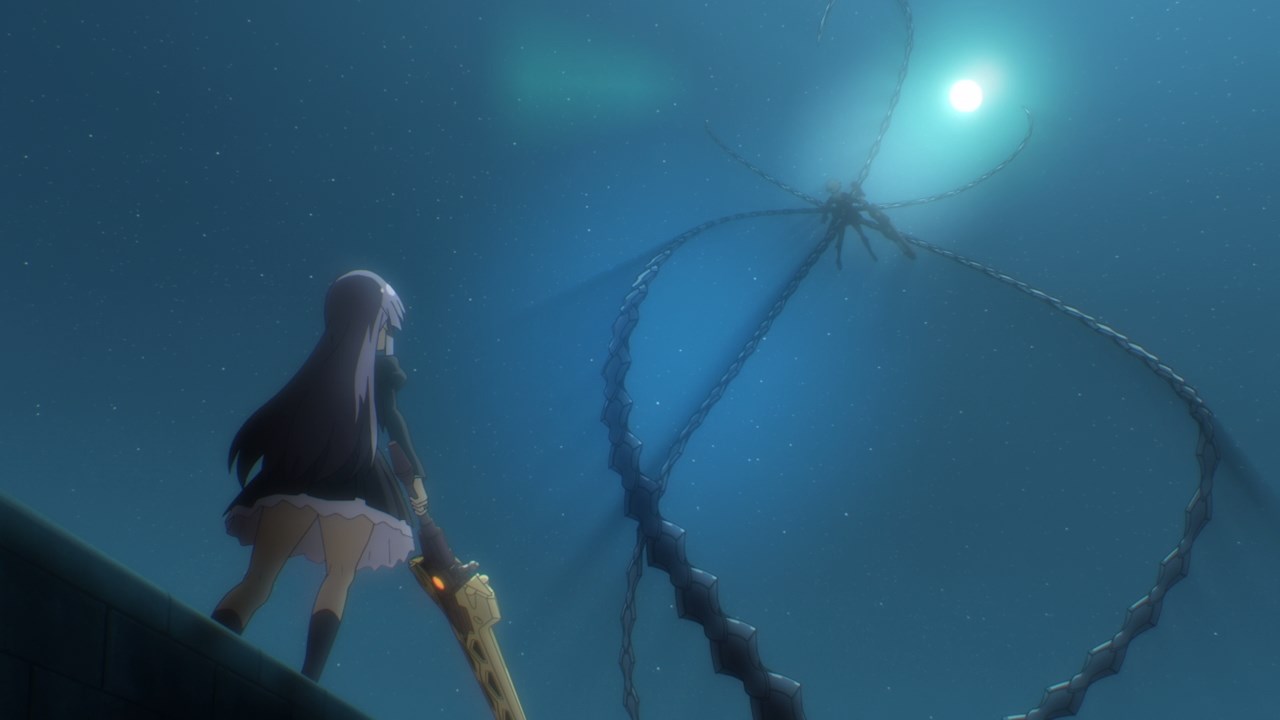 And here’s the thing though as Lunatic Trancer is activated when she remember a past trauma, specifically when her Schutzengel Misuzu Kawazoe is killed in the line of duty. 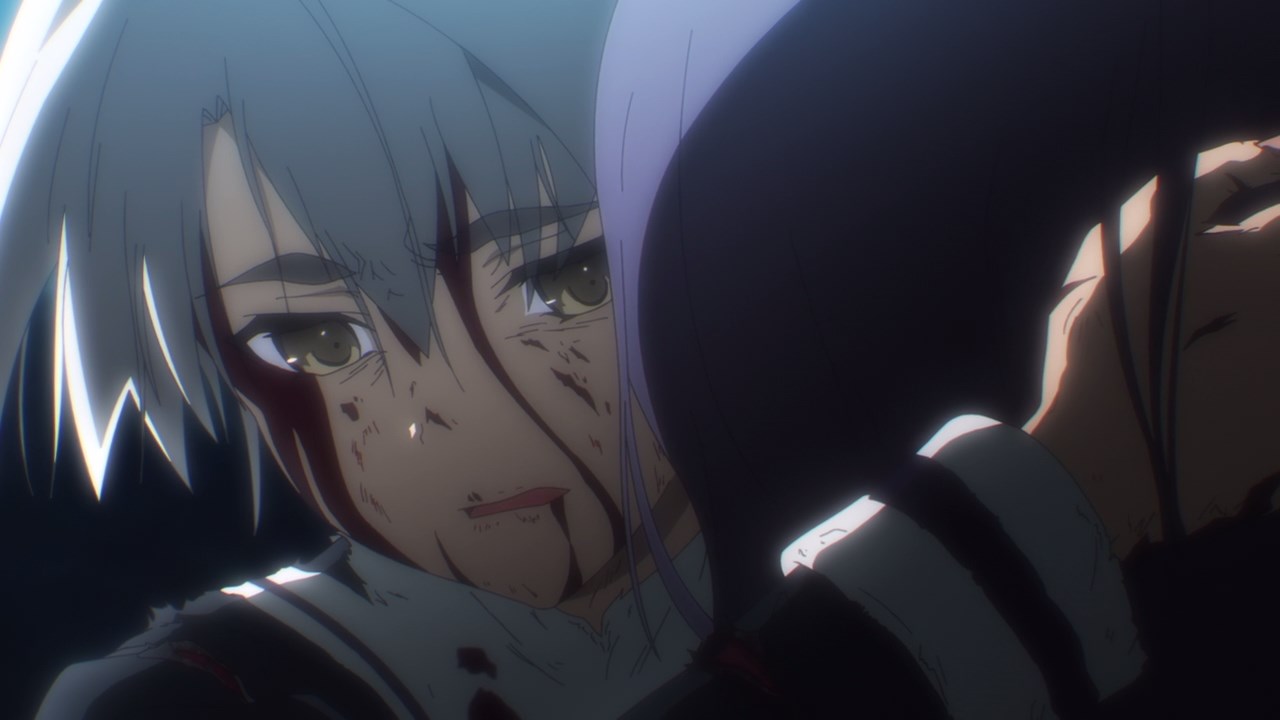 And really, I’m shocked that the girl who always standing at Yuyu’s side is actually dead. It’s no wonder why she refused to take Riri Hitotsuyanagi as her Schild. 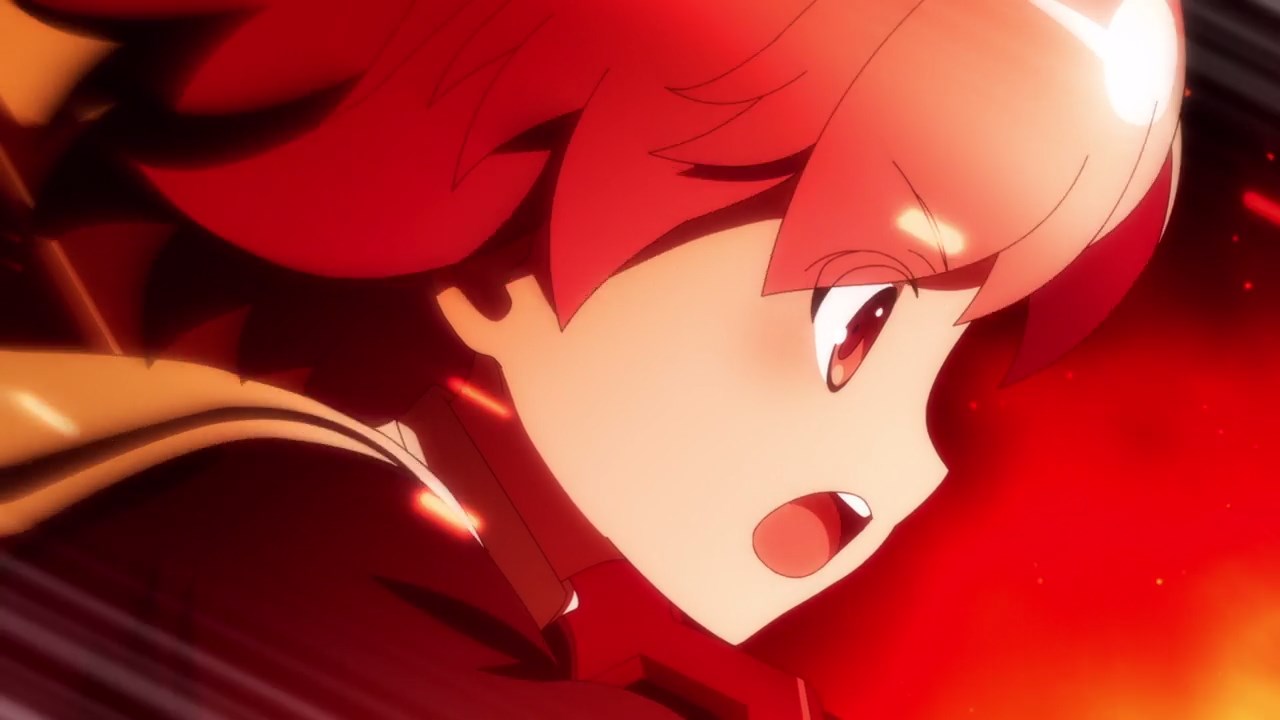 But speaking of Riri Hitotsuyanagi, it seems that she might be Yuyu’s salvation as Riri went into the battlefield to save her Schutzengel from certain death. 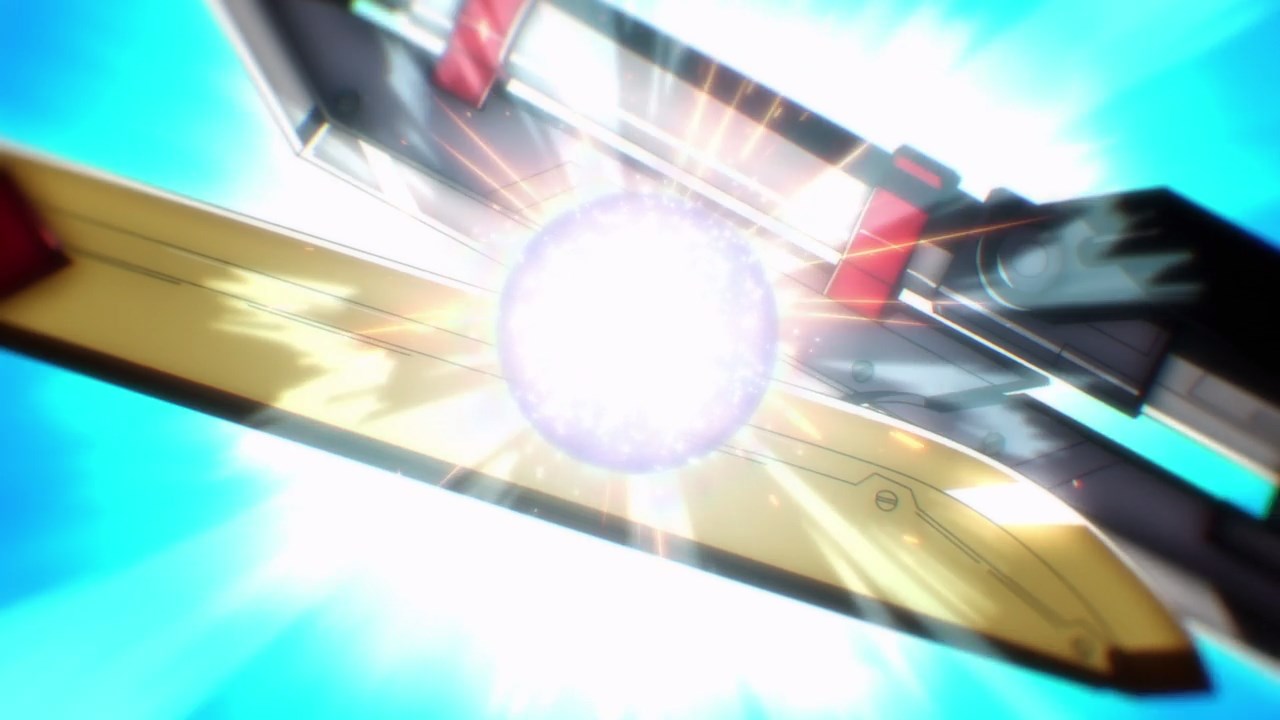 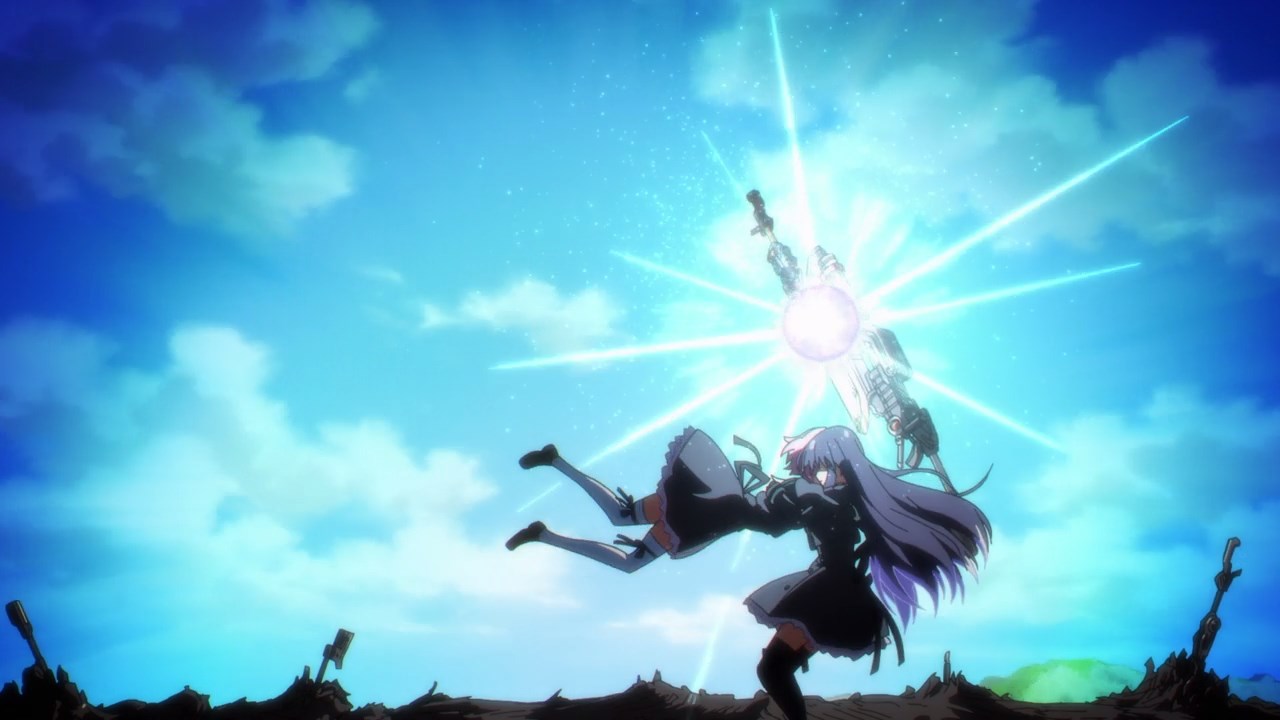 Anyways, their CHARMs have clashed which produces a Magie sphere. Not only that, but Riri hugged Yuyu-sempai to calm her down.

And with that, Yuyu Shirai regained her sanity thanks to Riri Hitotsuyanagi. Man, the yuri is stronger in this scene! 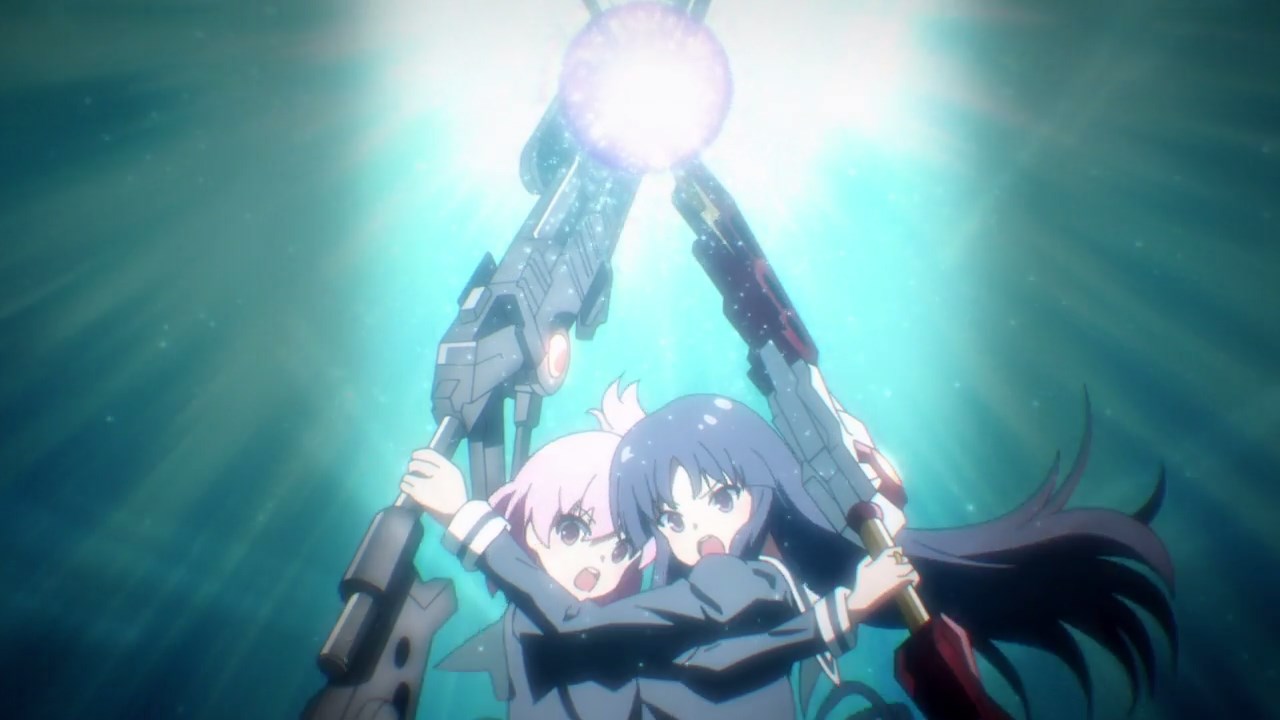 Of course, it’ll become even more stronger when Riri and Yuyu combined their powers to defeat the HUGE in a single blow. 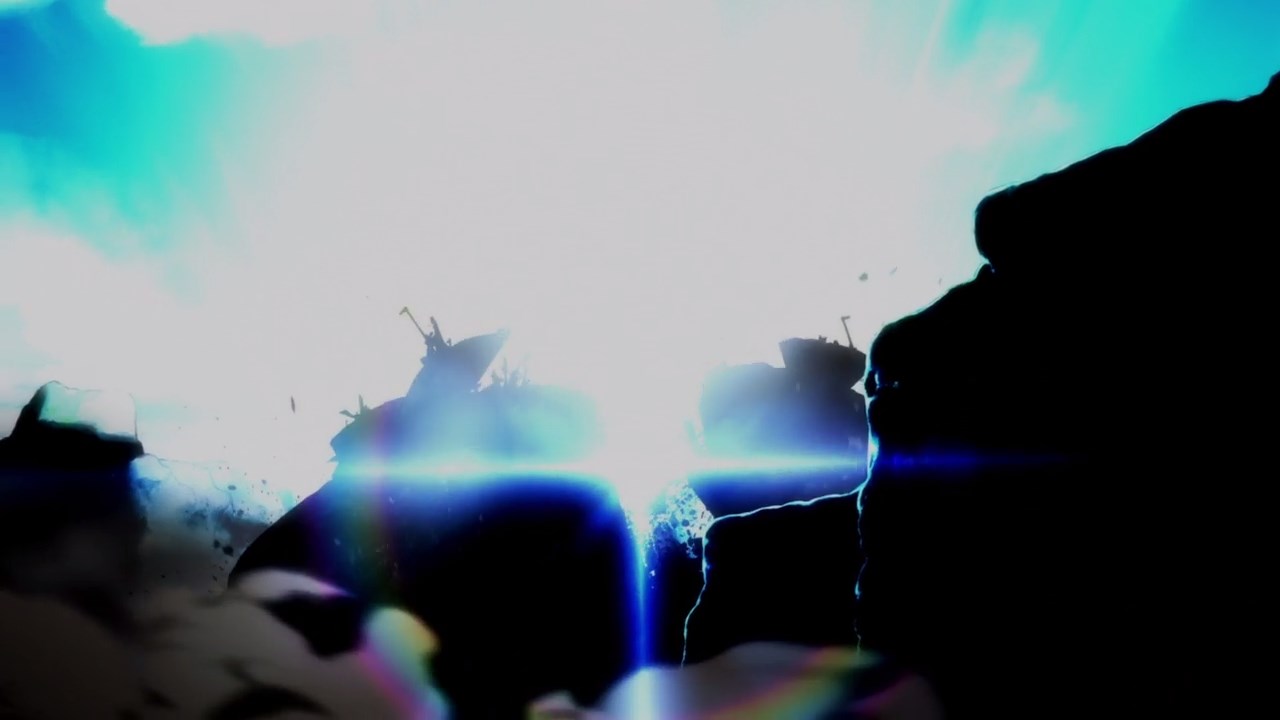 As you can see, this Restored HUGE is split into two parts thanks to Riri Hitotsuyanagi and Yuyu Shirai. With that said, looks like Japan is safe from the HUGE threat for now. 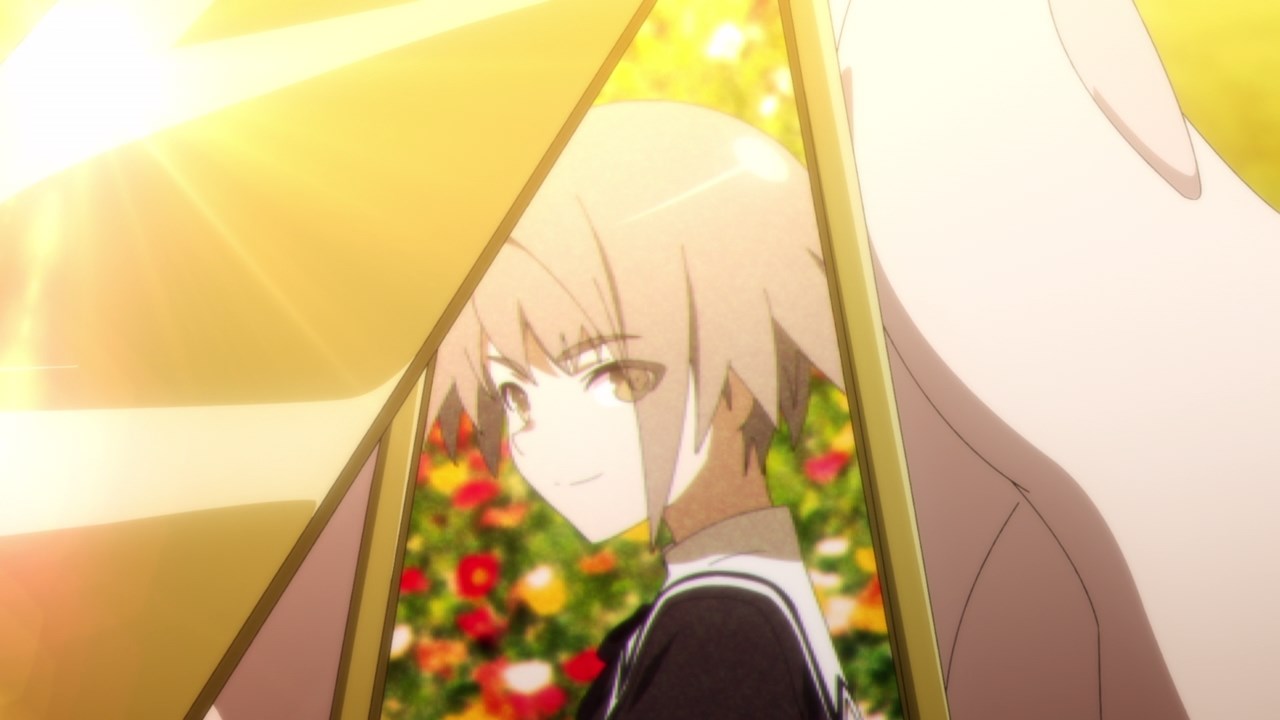 One last thing before we go, both Riri and Yuyu-sempai went to Misuzu Kawazoe’s grave to pay their respects. Oh yeah, and Yuyu showed a picture of her Schutzengel to Riri. 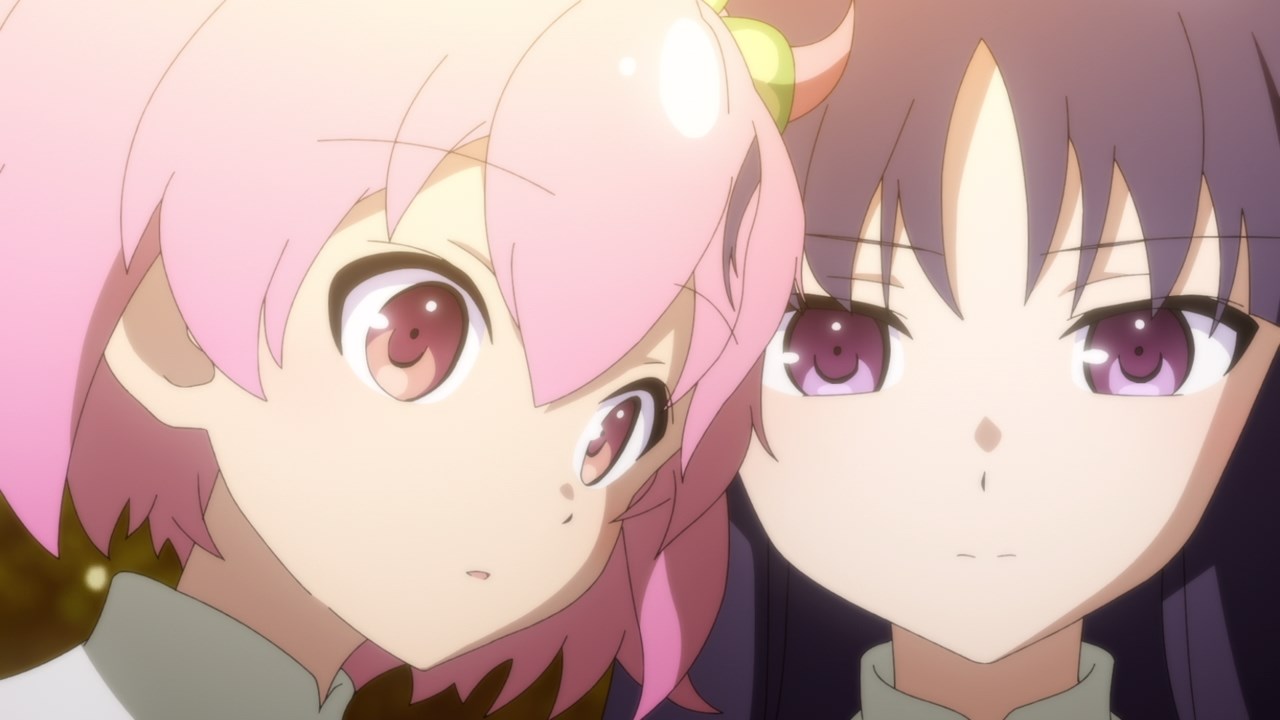 Anyways, while Shirai’s pain of losing Kawazoe will never go away, there’s a light at the end of the tunnel as Hitotsuyanagi will save her from despair. Of course, that would be a long time for Yuyu’s heart to heal completely. 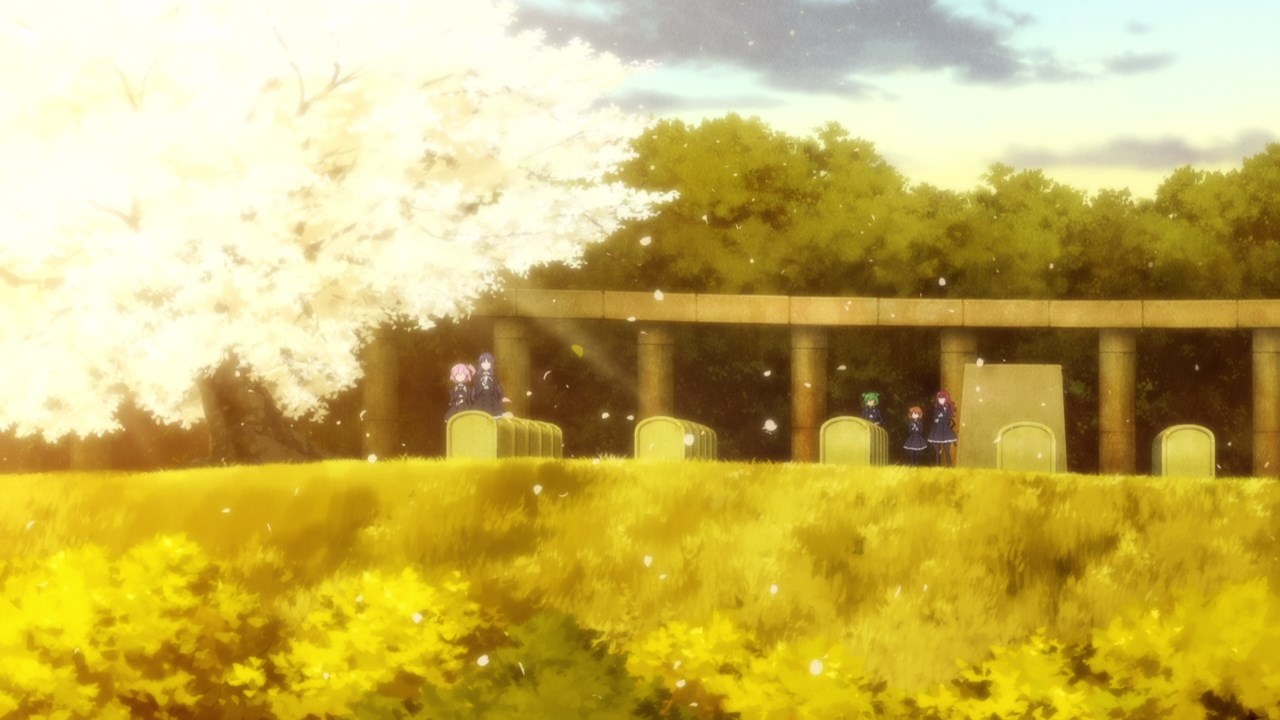 Well then, that’s about it for the 3rd episode and while their partnership have a rocky start, I believe that Yuyu Shirai and Riri Hitotsuyanagi will survive till the end. C’mon, the yuri power is stronger in Assault Lily: Bouquet!

Anyways, I’ll see you next time as Riri’s next step will be joining a legion.