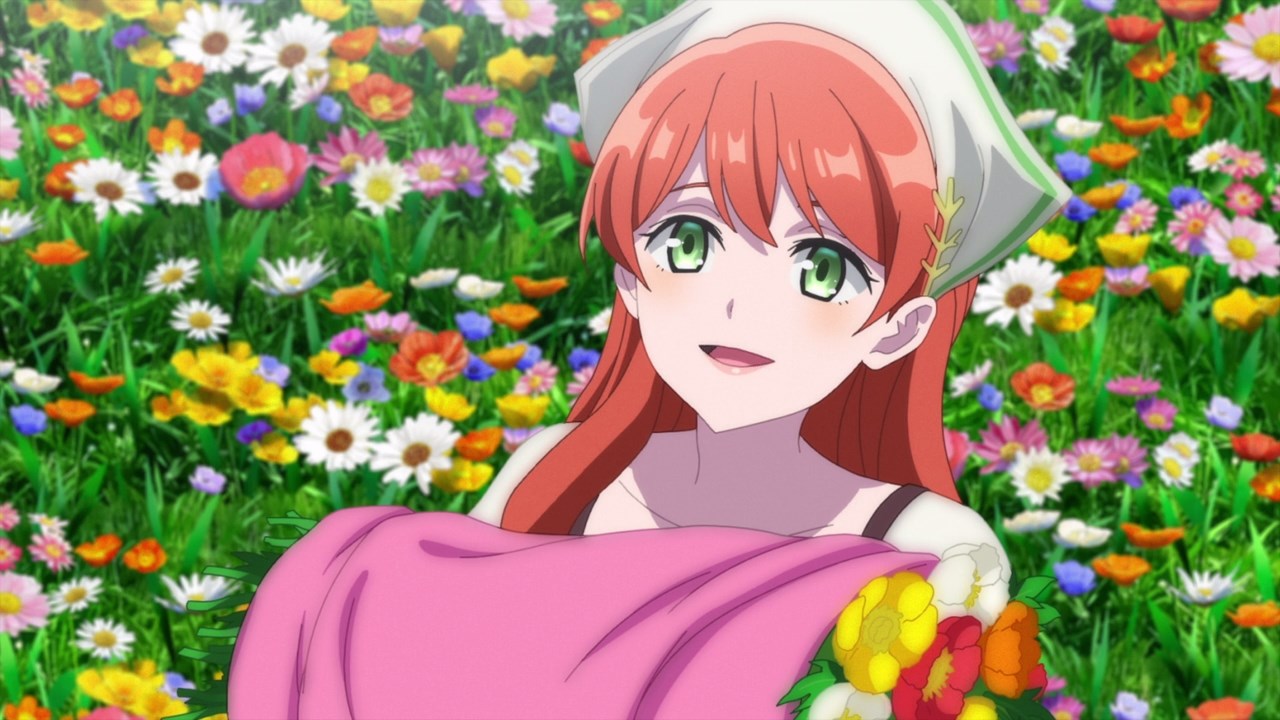 Oh look, it appears that Elaina encountered a lady where she asked the witch to bring this bouquet of flowers to a specific country.

I don’t know why this lady would ask the Ashen Witch for an errand, but I feel that something bad will happen to Elaina later on… 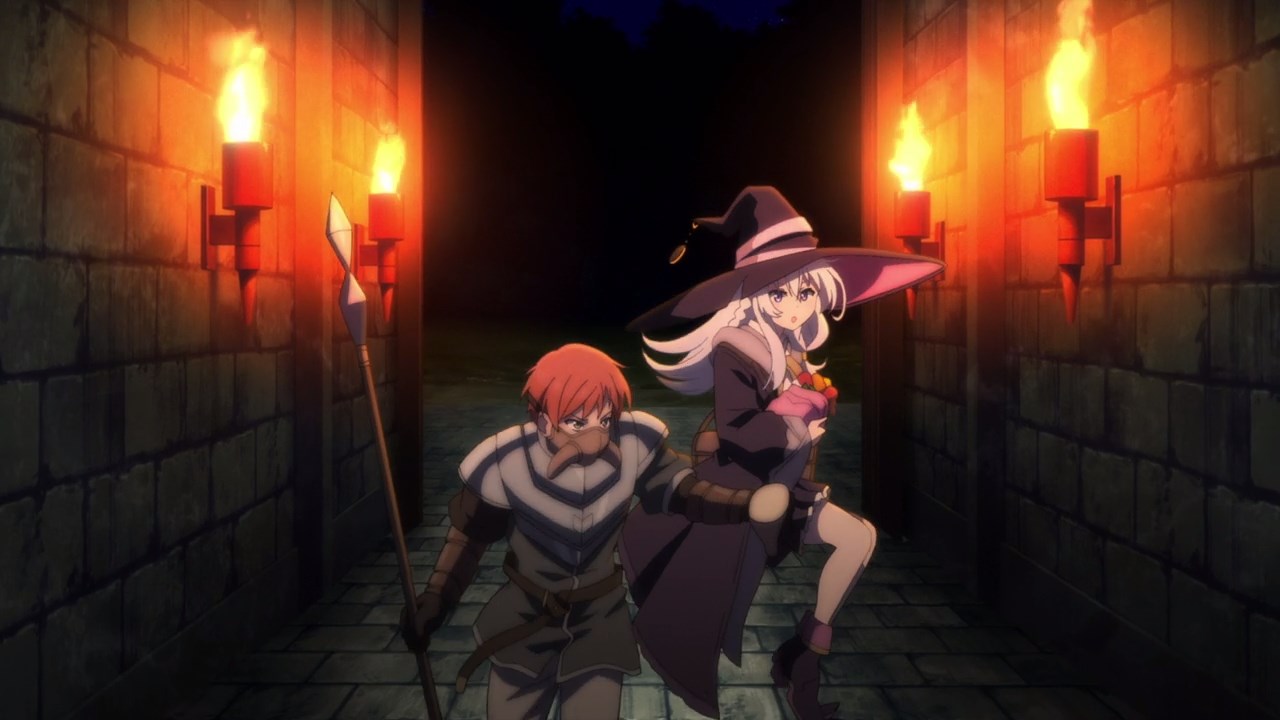 Anyways, Elaina is about to enter to a country when this guard stop her as he told the witch to surrender the bouquet of flowers. But why would this guard do that? 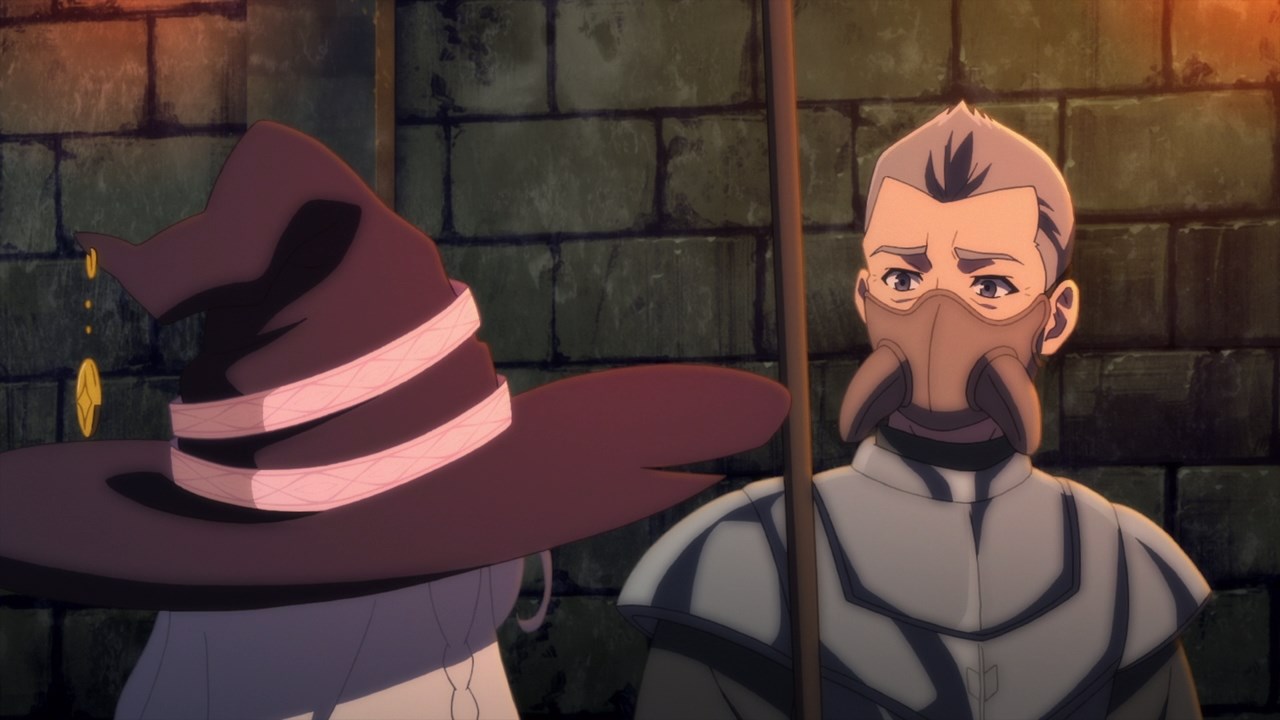 Well, that’s until this captain told Elaina that what she brought was actually poisonous as those flowers can make everyone insane. At least Elaina was not affected upon holding those flowers. 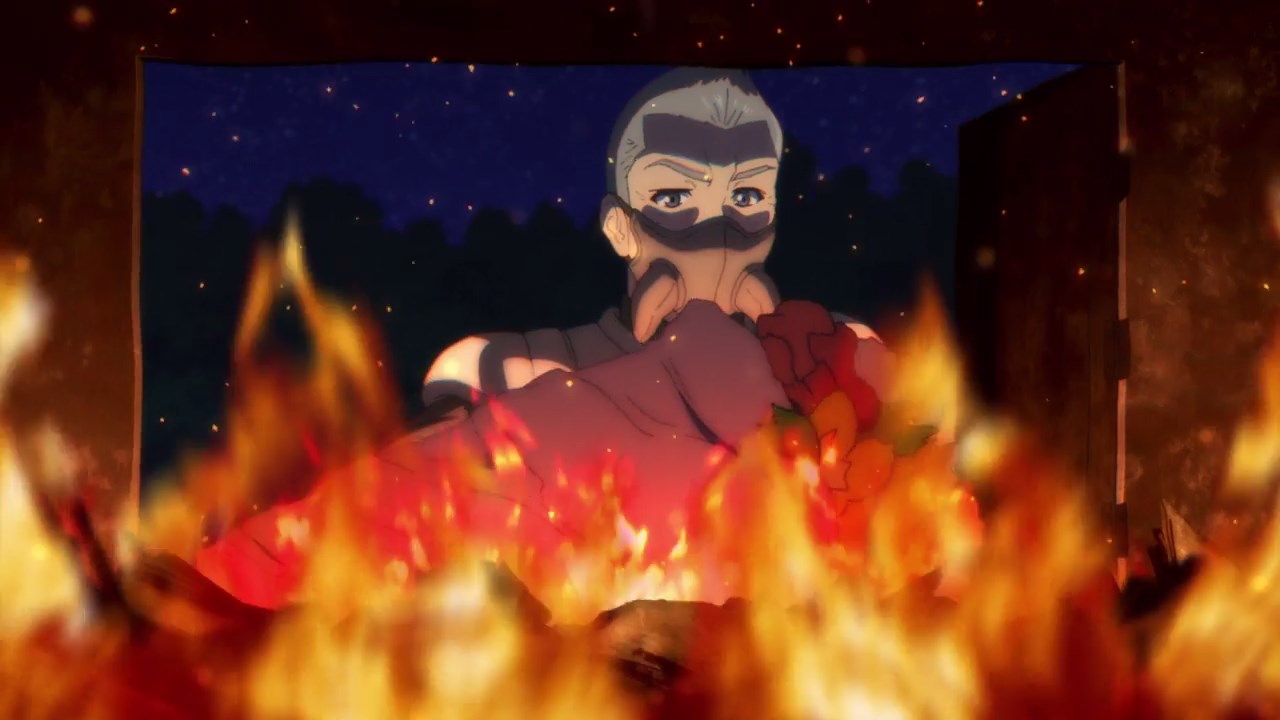 Still, it sucks that this bouquet of flowers will be thrown into the incinerator. Then again, I’m worried that the toxic gases upon burning those flowers will affect everyone. 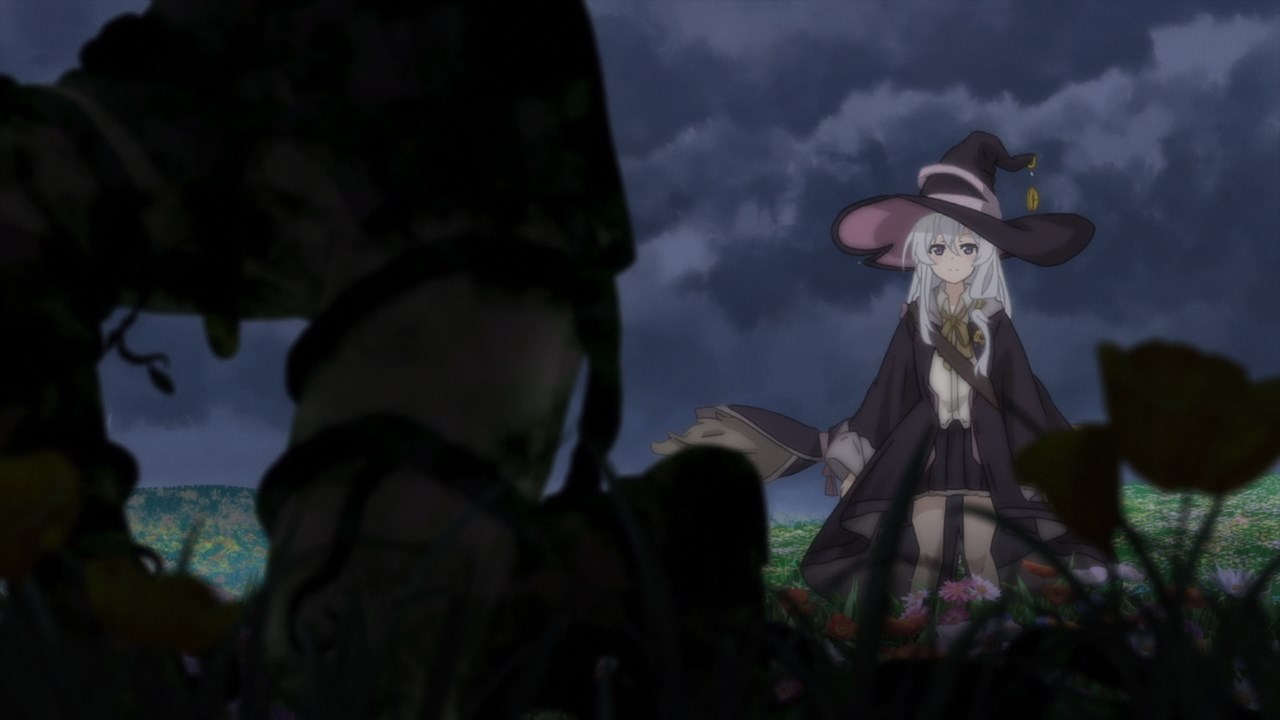 So, Elaina decides to leave the country early as the Ashen Witch can’t stick around with them who are affected by the poisonous flowers.

On the other hand, Elaina stumbled upon a person who went to the flower field… 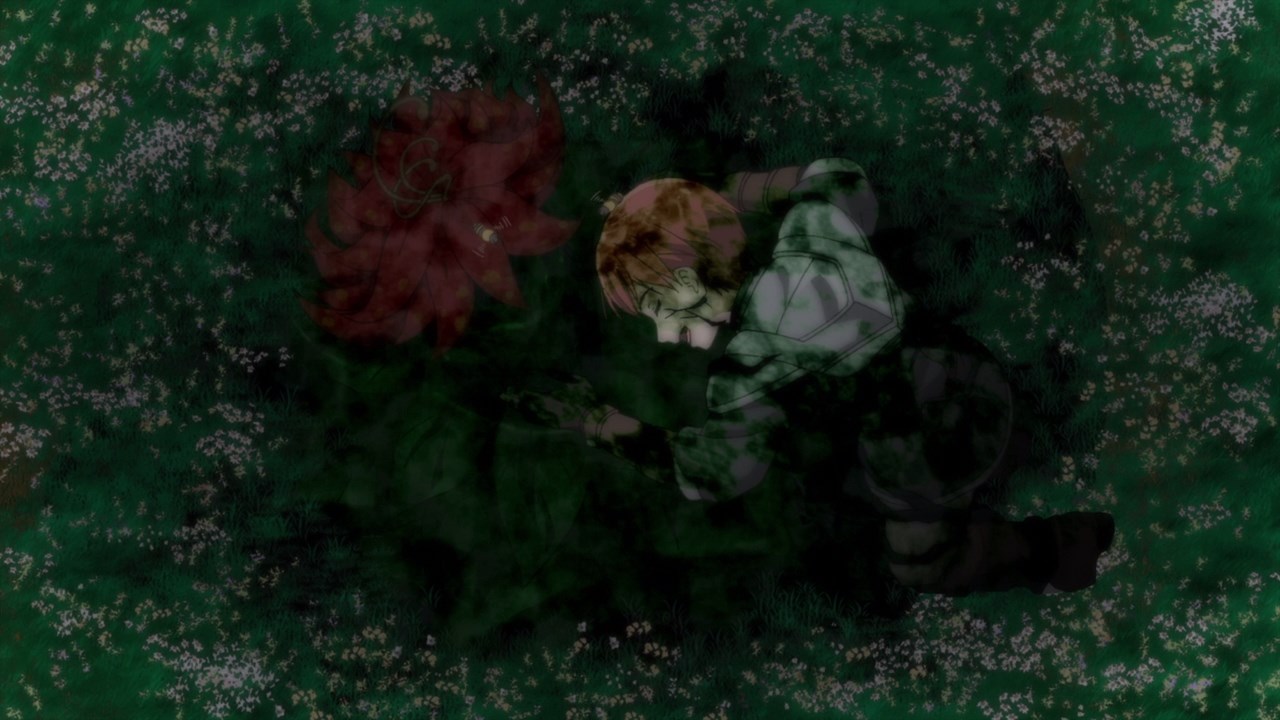 …only to find out that it’s actually the guard who lost his mind as his body is being entangled by vines. Oh yeah, and there’s more to it as this guard has an older sister who mysteriously disappeared upon venturing to the flower field.

With that said, this is pretty much messed-up but there’s more to come on this episode. 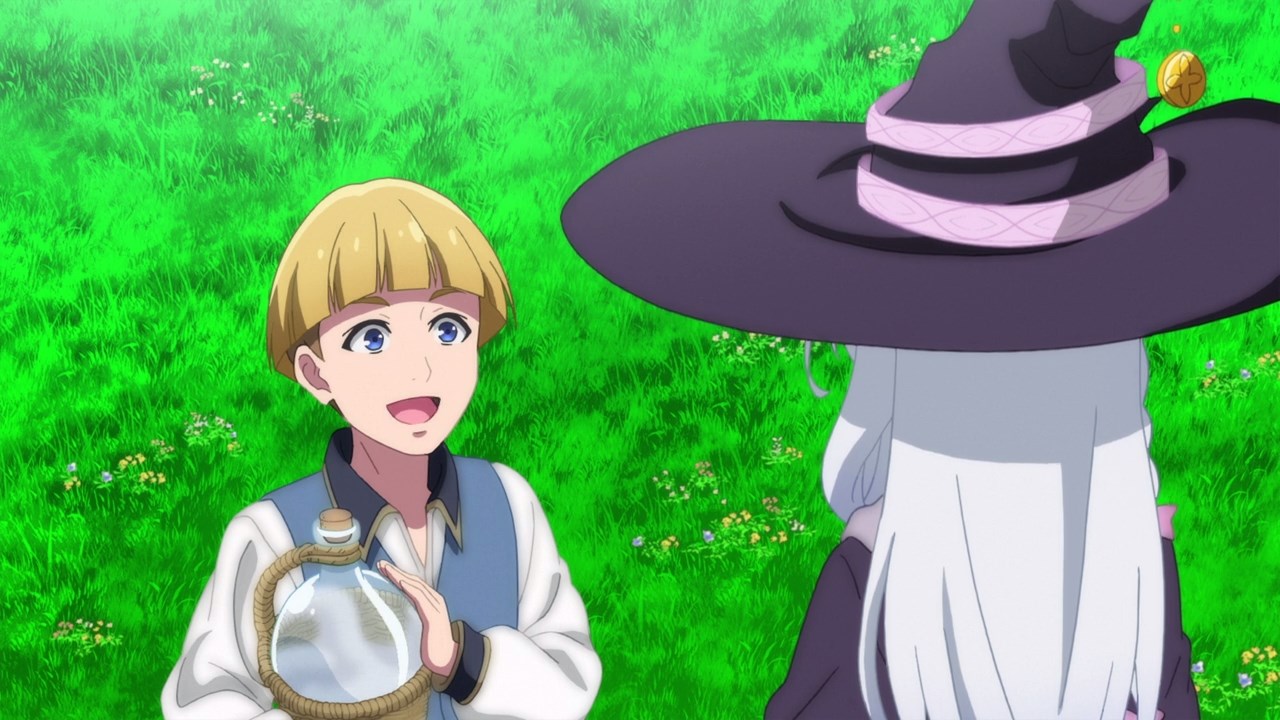 Now then, Elaina met Emil who’s holding a mysterious bottle. He said to the Ashen Witch that he’s gathering happiness for his servant Nino as Emil is worried about her. 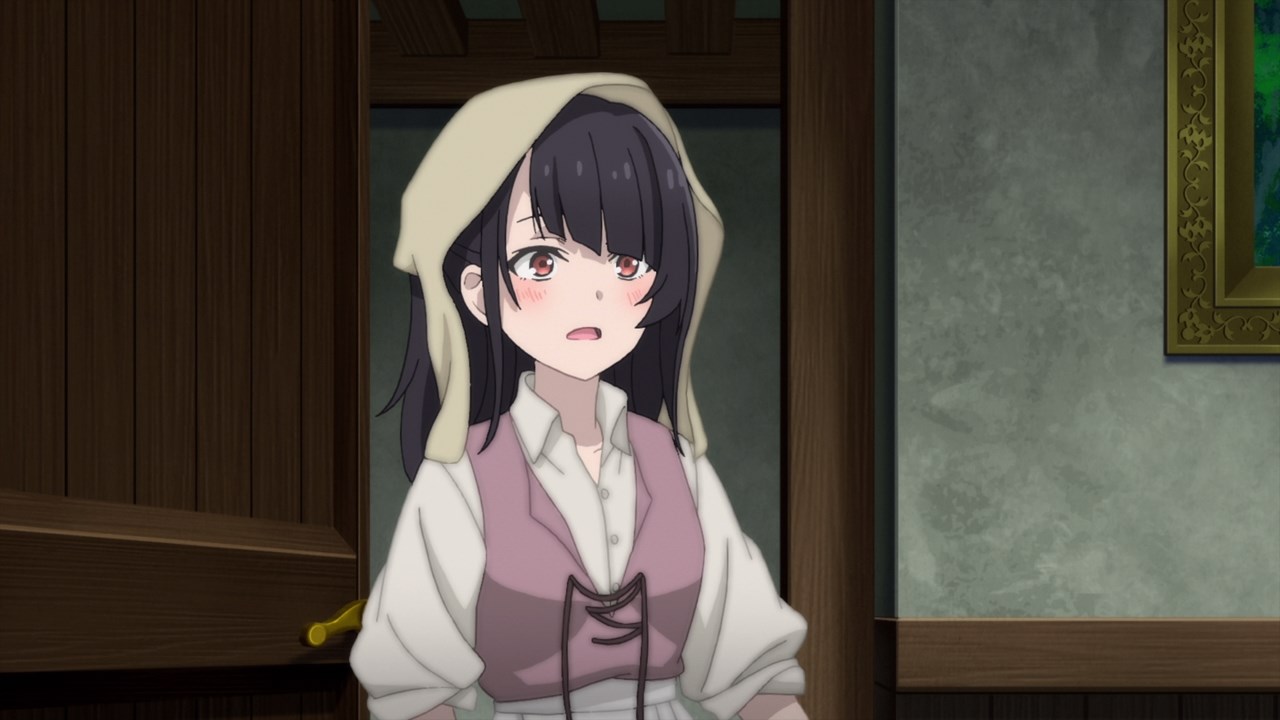 Oh yeah, this is Nino where she came from the Far East and I have to say that she’s very timid to everyone, especially Elaina. 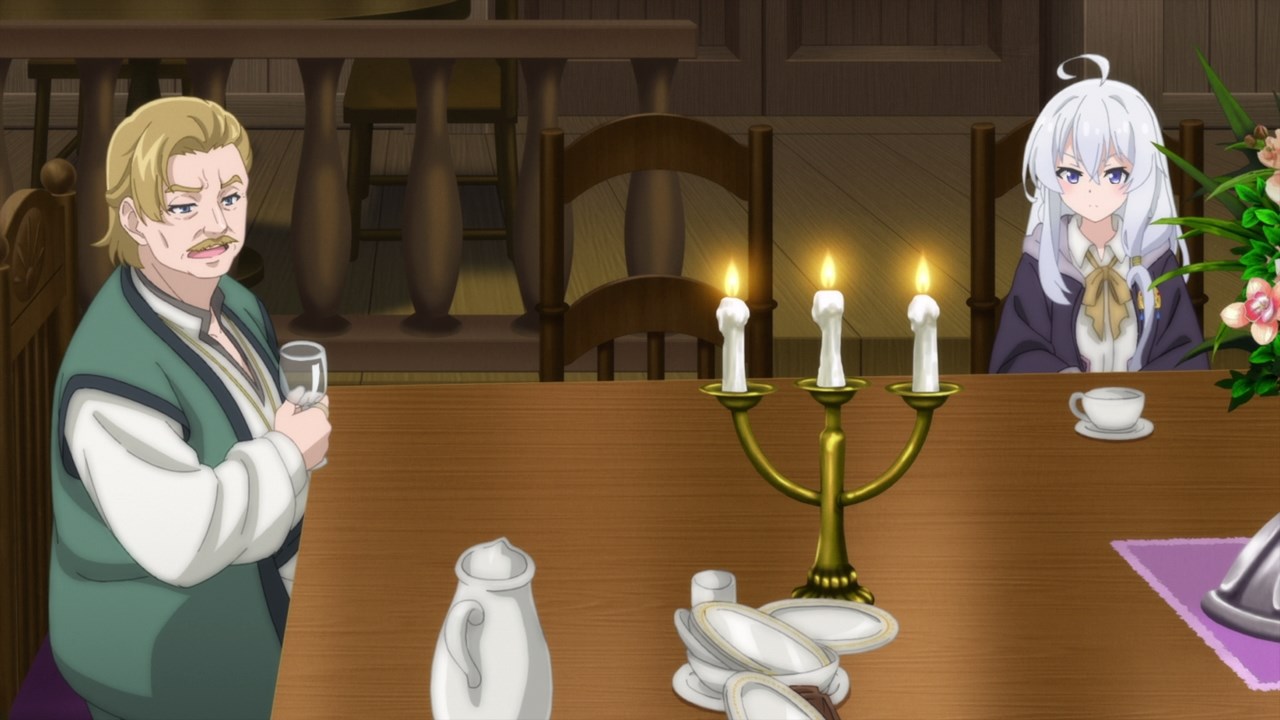 But here’s the village chief where it’s confirmed that he bought Nino as a slave even since his wife left him.

You know something, I bet that the village chief treat Nino poorly. 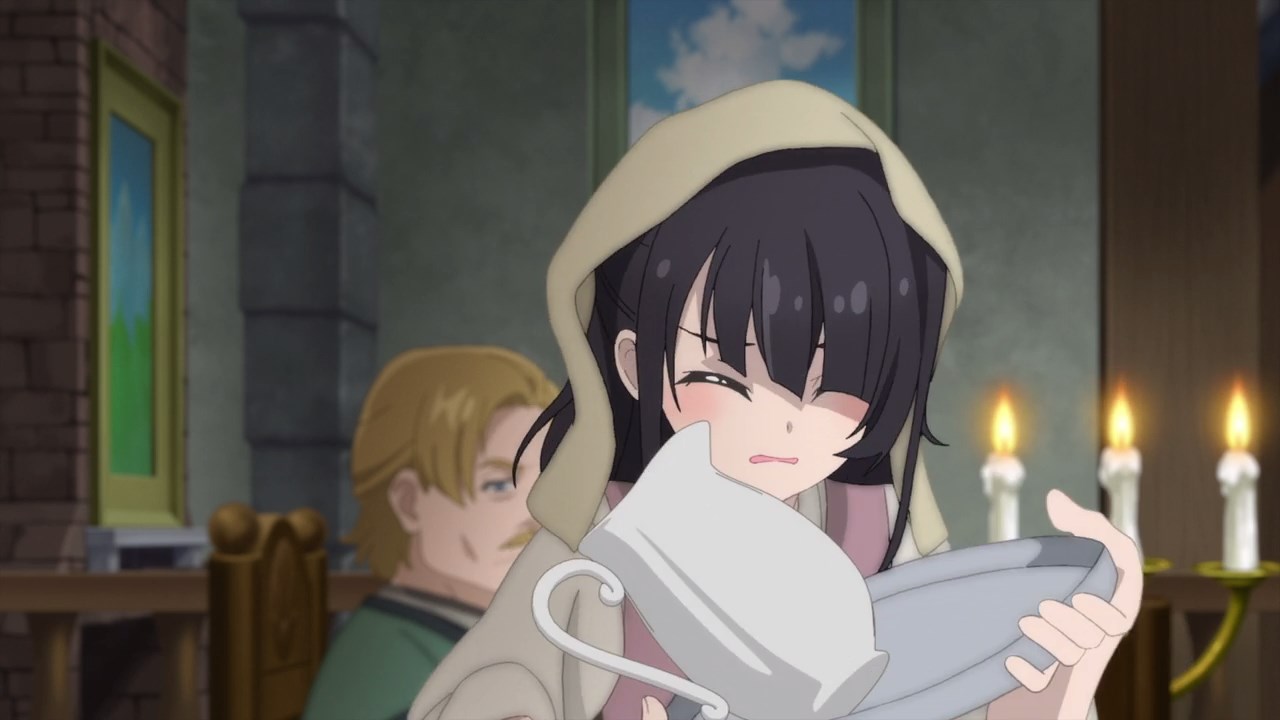 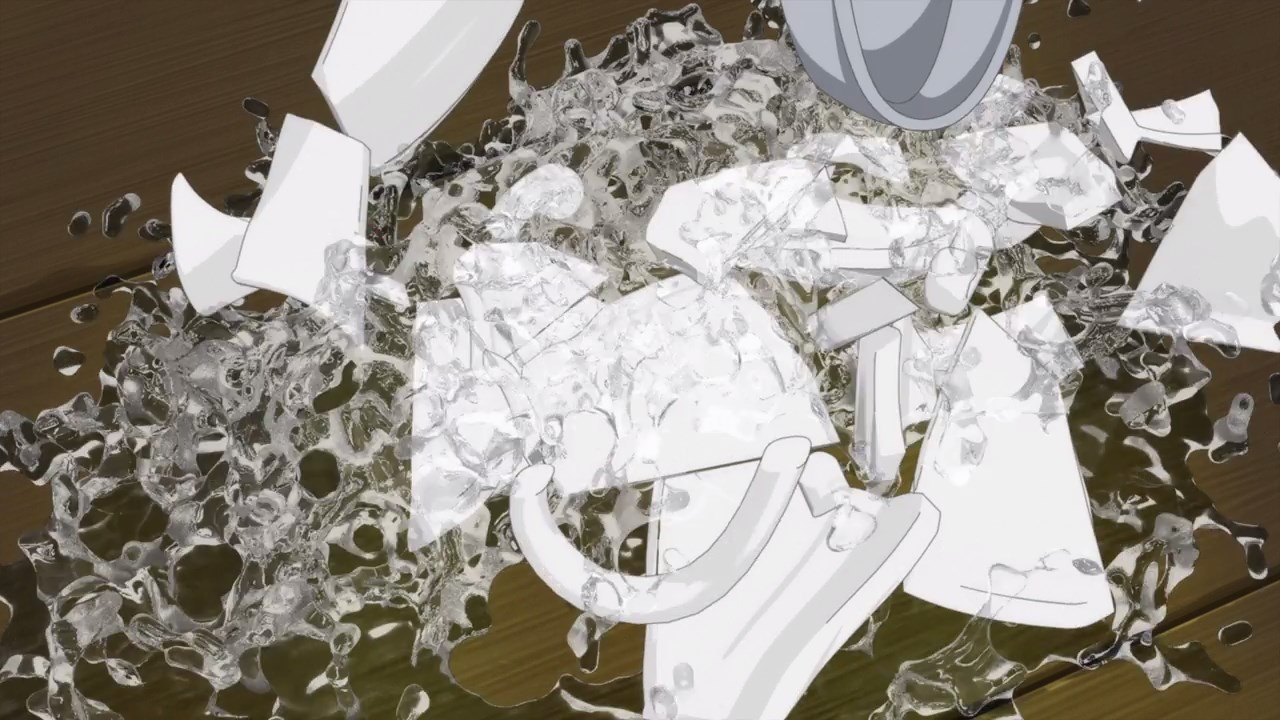 But here’s Nino where she fell down like a klutzy maid and broke the porcelainware. There goes the water jug and the cup. 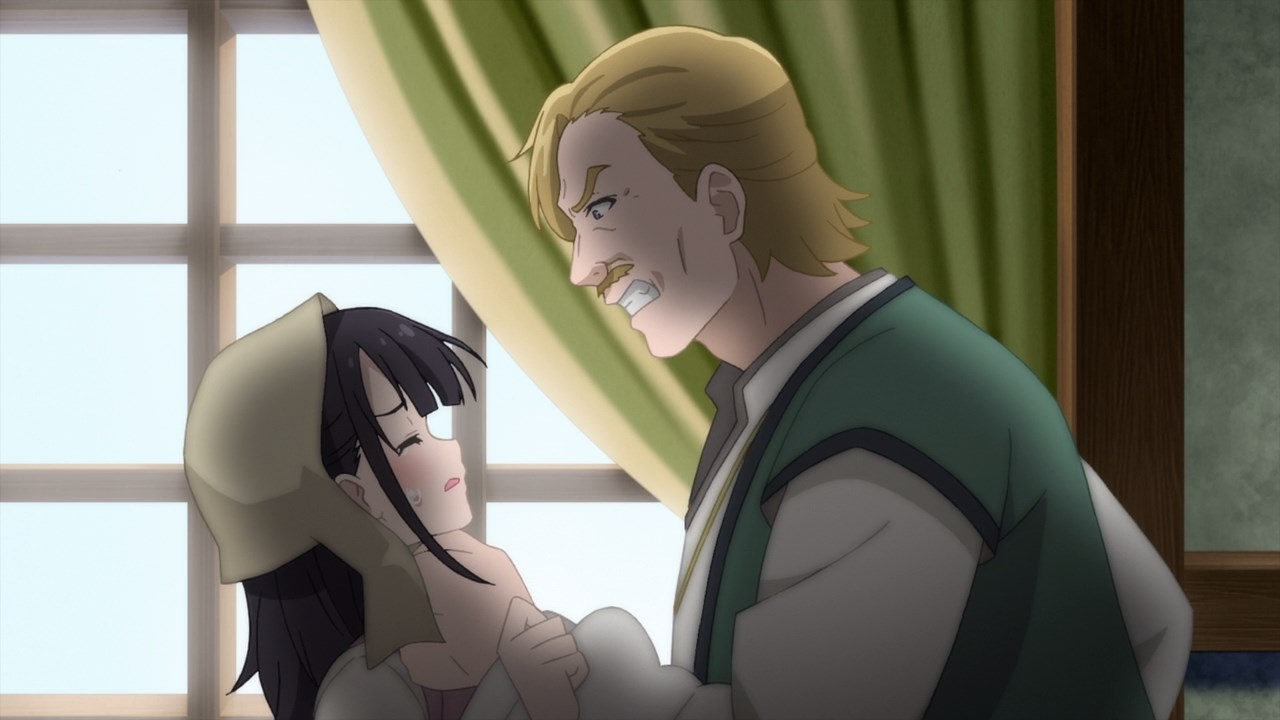 Oh, and the village chief got really angry towards Nino that he’s gonna beat her up. Ugh, I can’t bear to watch this! 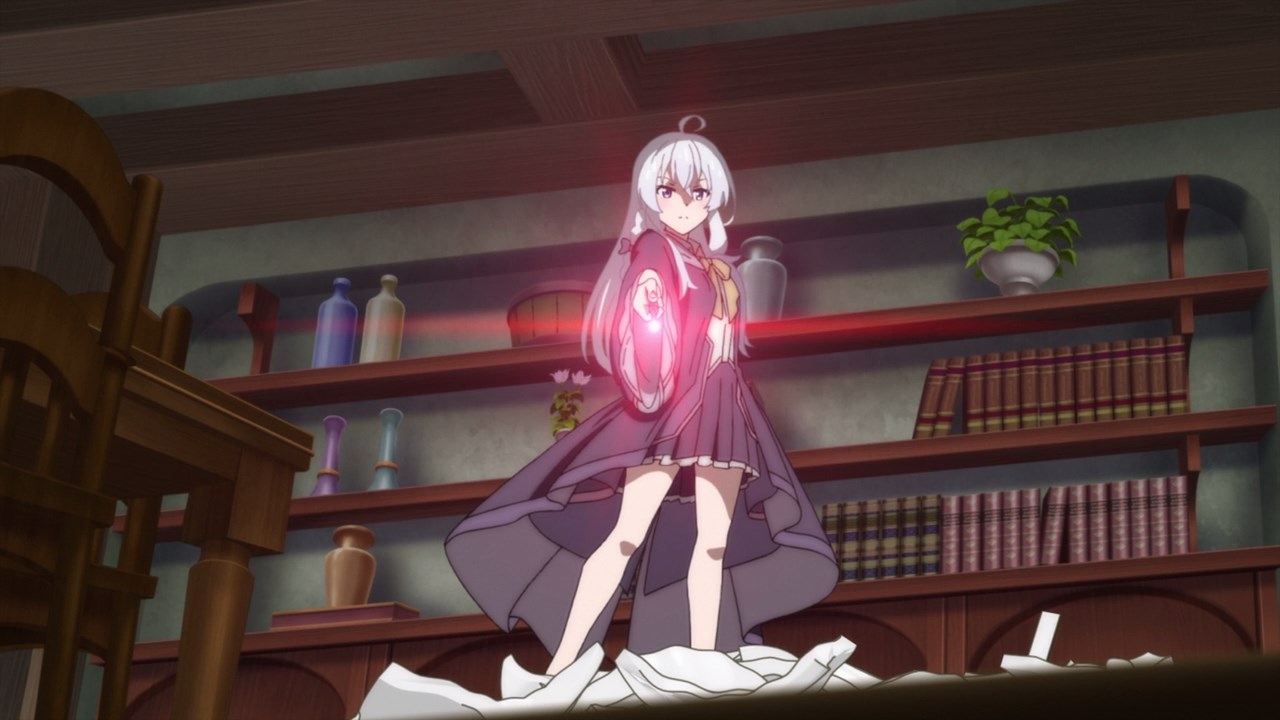 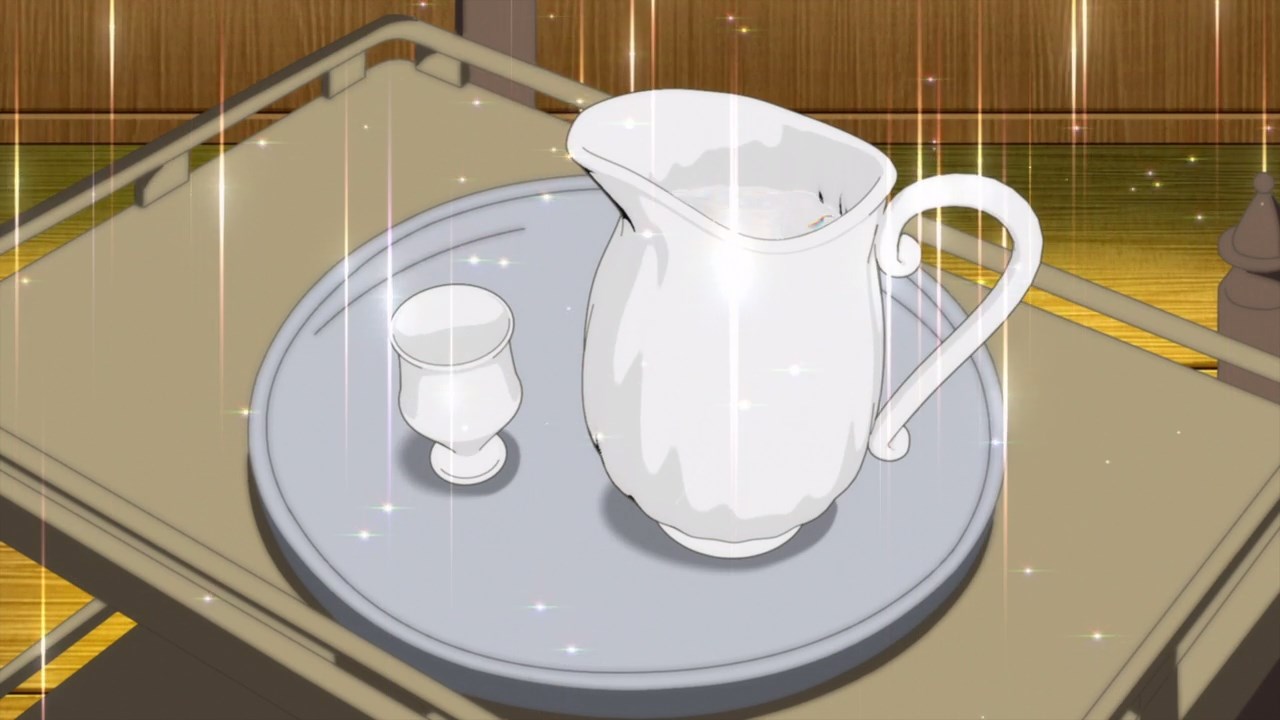 Fortunately, Elaina is here as she’s gonna use her magic powers to restore the porcelainware to its original form.

Looks like Nino is safe from violence but she still contemplate of breaking the jug and the cup even though it was an accident. 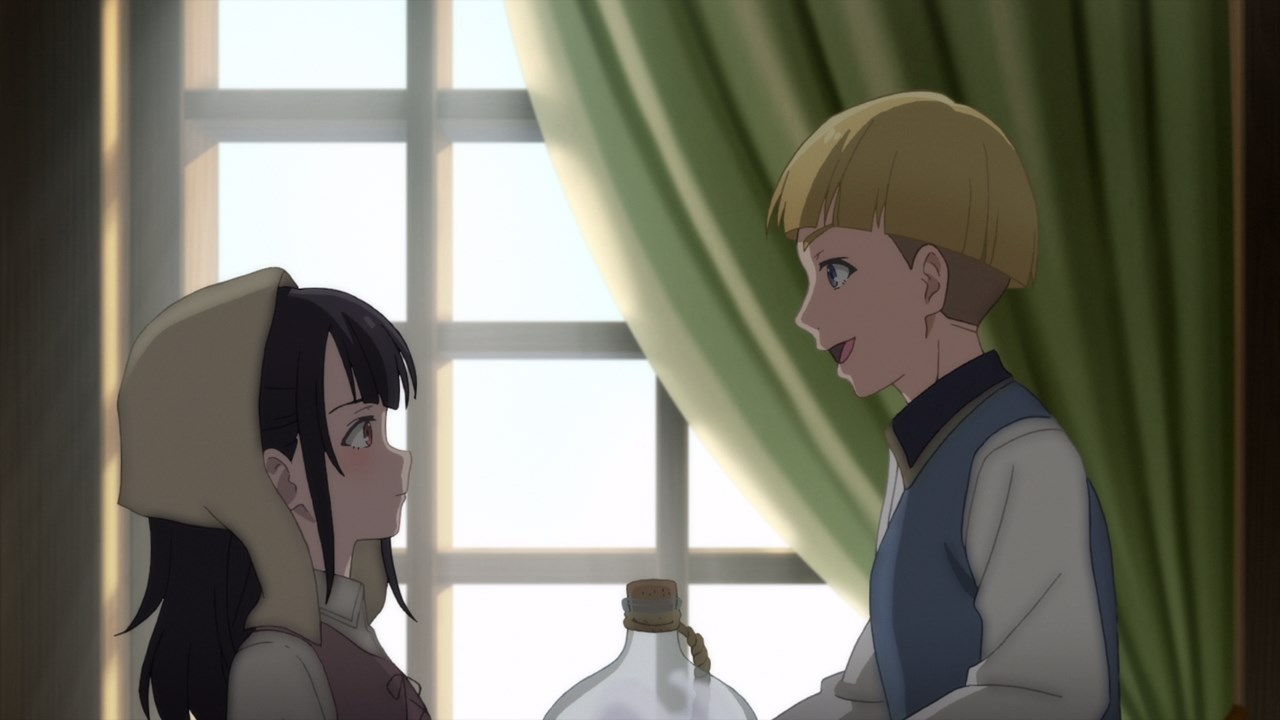 But don’t worry though as Emil is here to help Nino out as he’s gonna share a bottle of happiness to her. Then again, I doubt that it’ll work out. 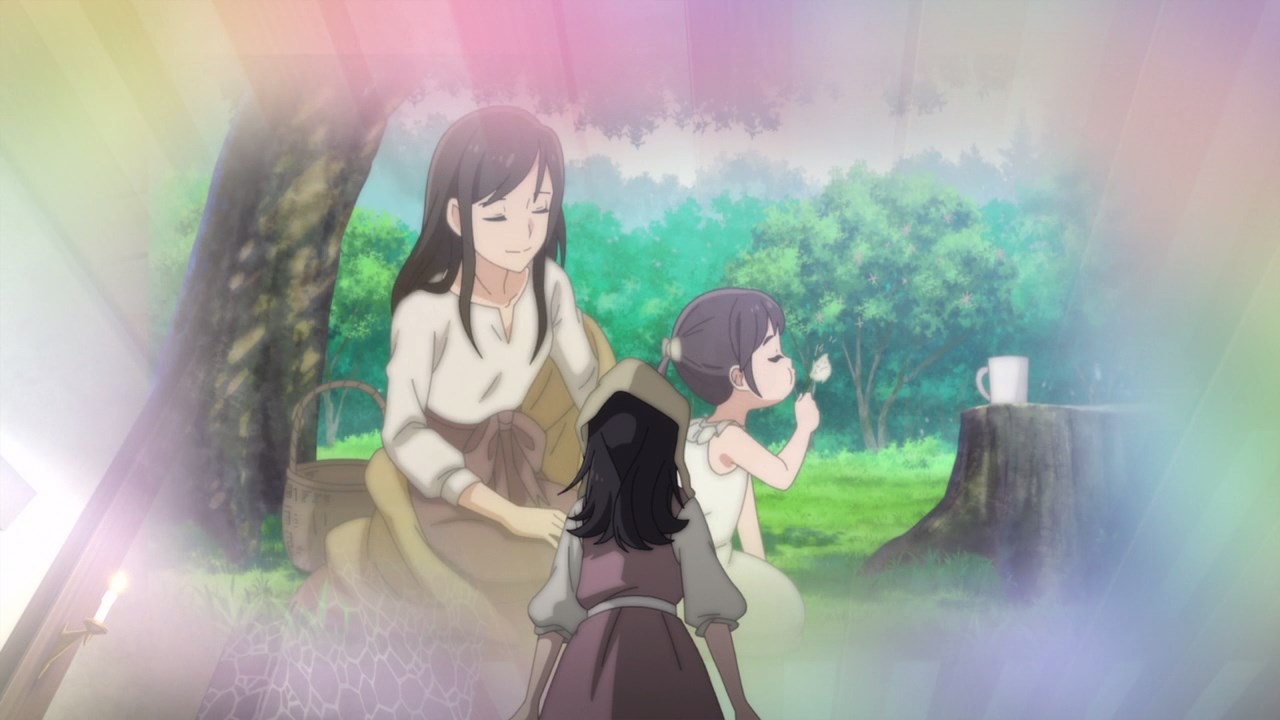 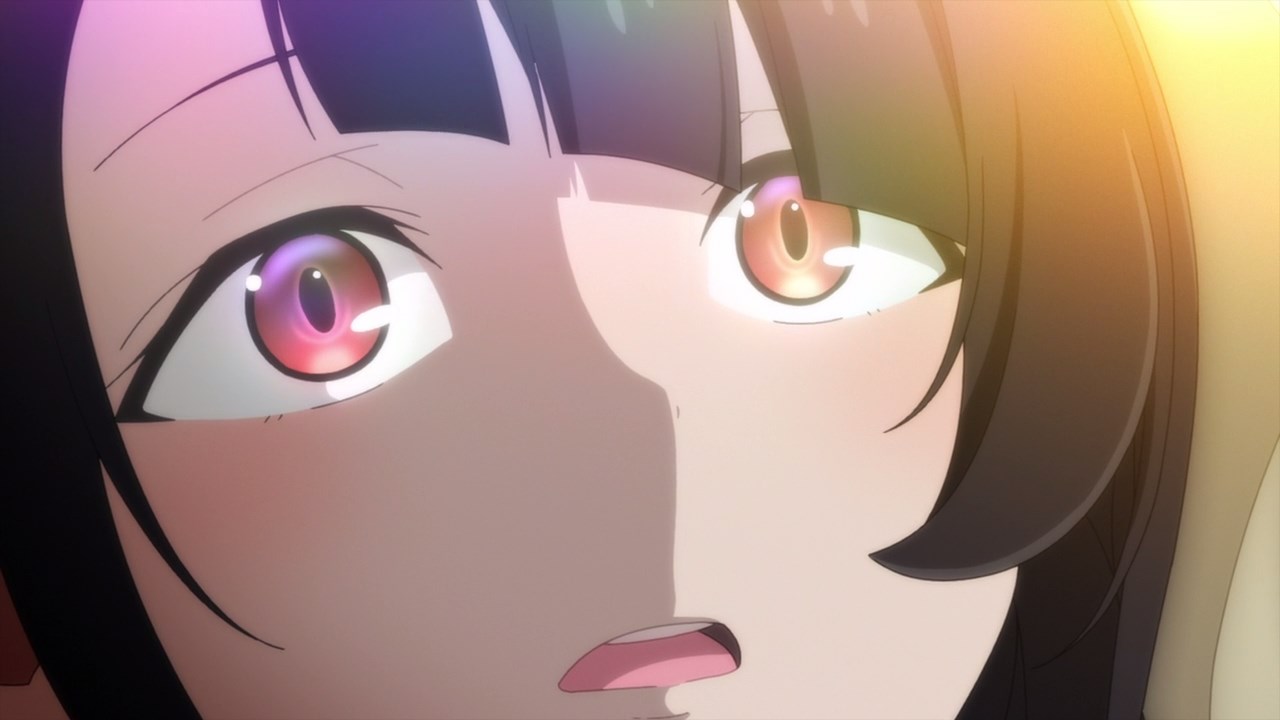 Anyways, Emil opened the bottle in which various happy things are oozing out. Then again, it appears that Nino felt homesick upon seeing those joyful images. 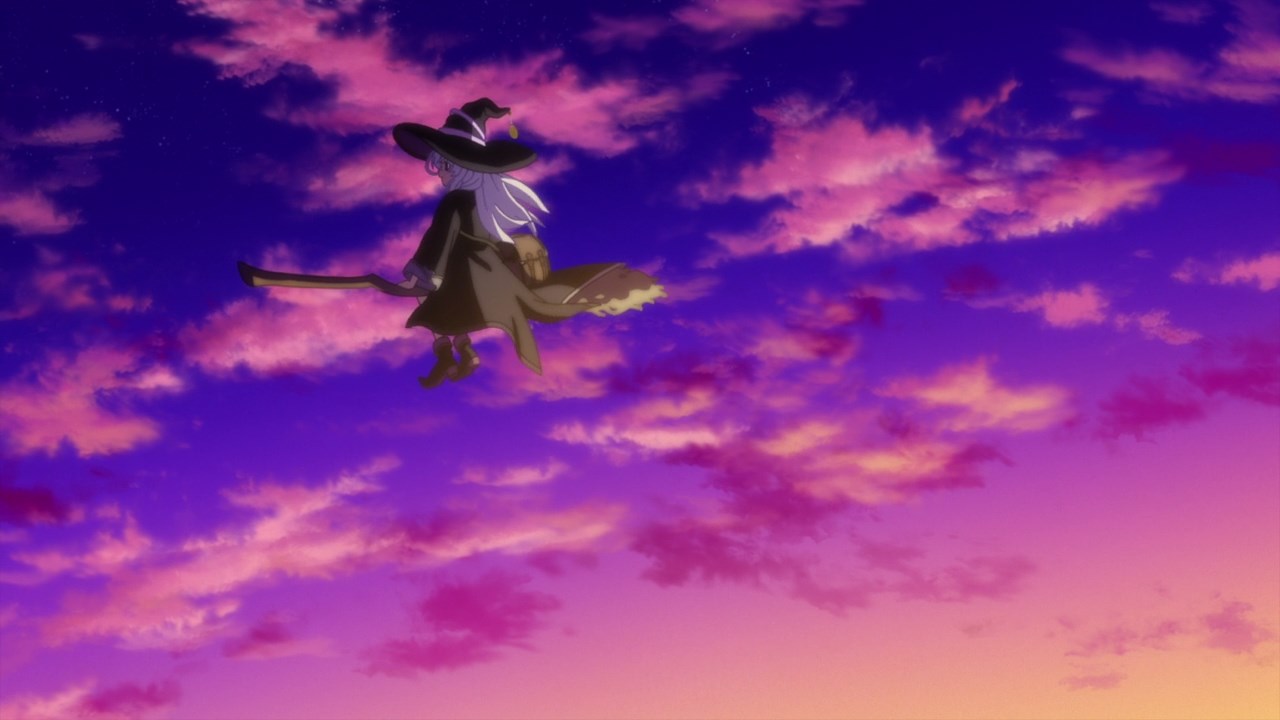 With that said, looks like Elaina decides to take her leave as she can’t stay at the village for too long.

Although I’m gonna end this episode right here, it seems that the Ashen Witch remembered a story from “The Adventures of Nike”. 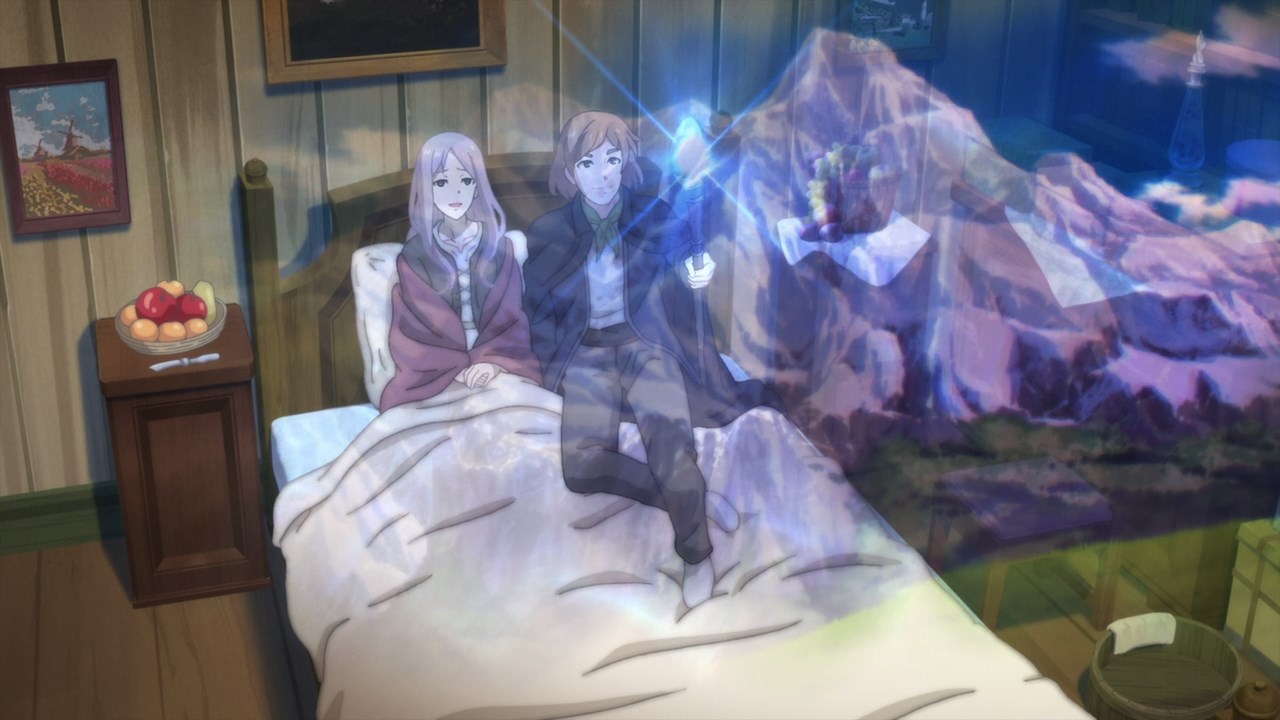 You see, there was a man who went to various places and gather vignettes of happiness so he can show it to his ailing wife. Unfortunately, there’s a bad ending to it… 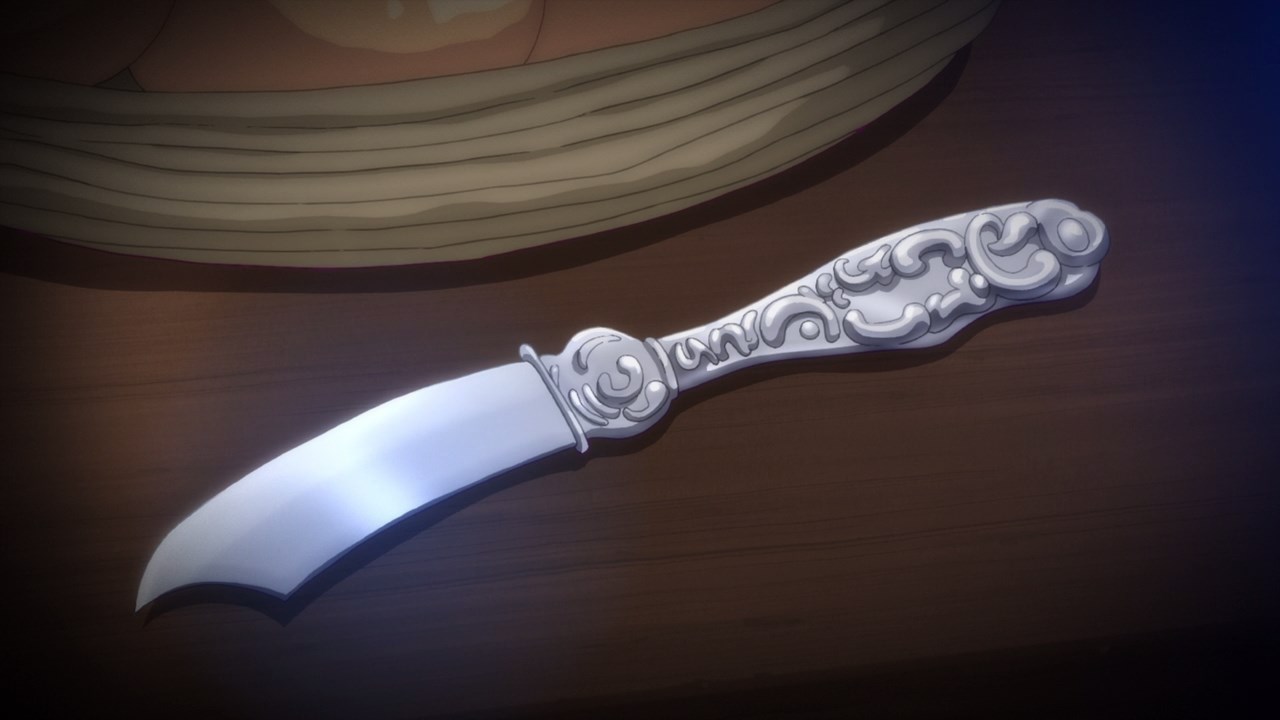 See this knife over there? It turns out that the wife got very depressed that she ended her life. And since this story parallels with Nino’s situation, I feel that she’s driven to suicide after seeing those happy images from Emil’s bottle.

Anyways, what a gloomy way to end this episode as it has two stories that ended in a depressing note. Let’s hope that the next one won’t be as depressing as this!