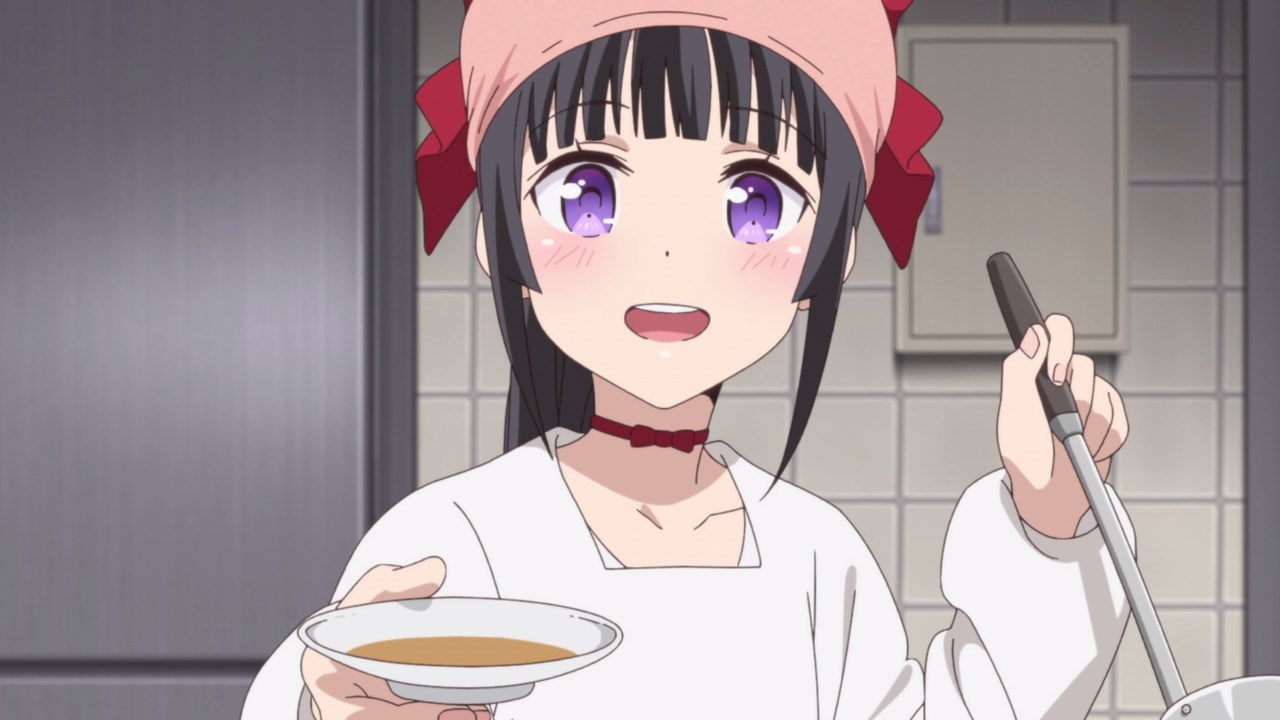 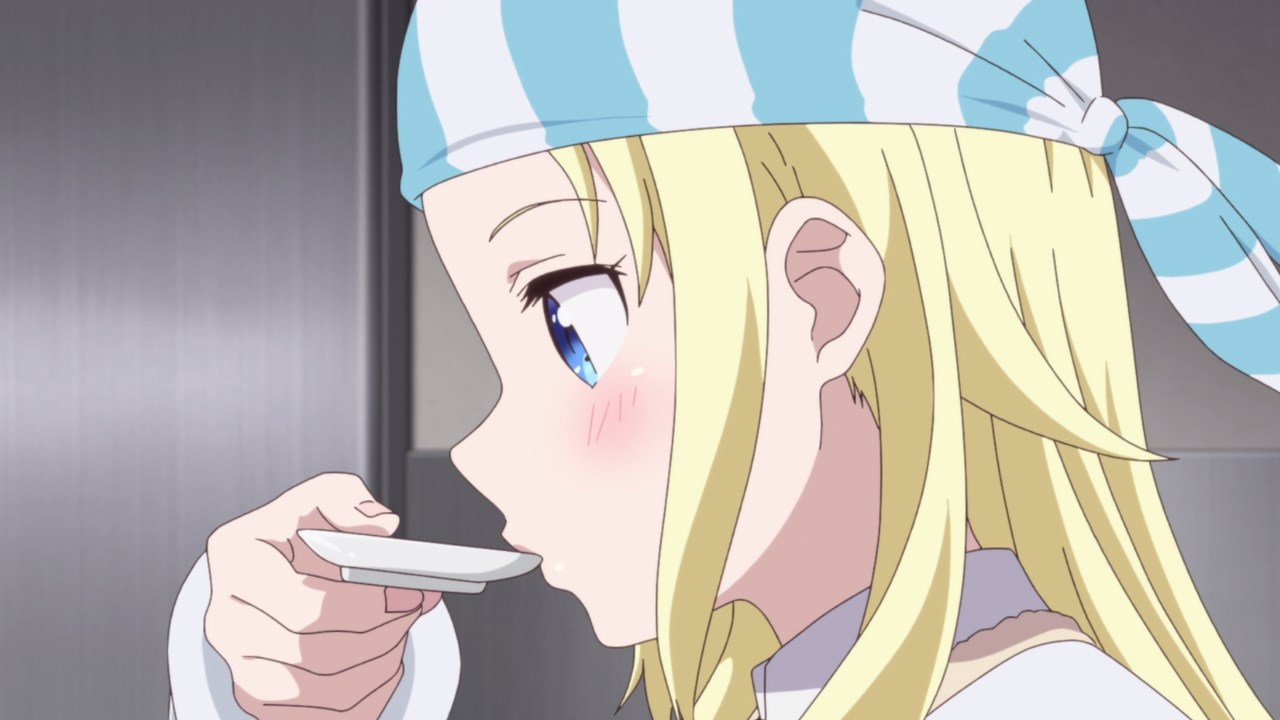 Oh, and Miyako is joined by Claudia Bruford where she’ll help Miyako on preparing food, but she’s not gonna eat raw fish. 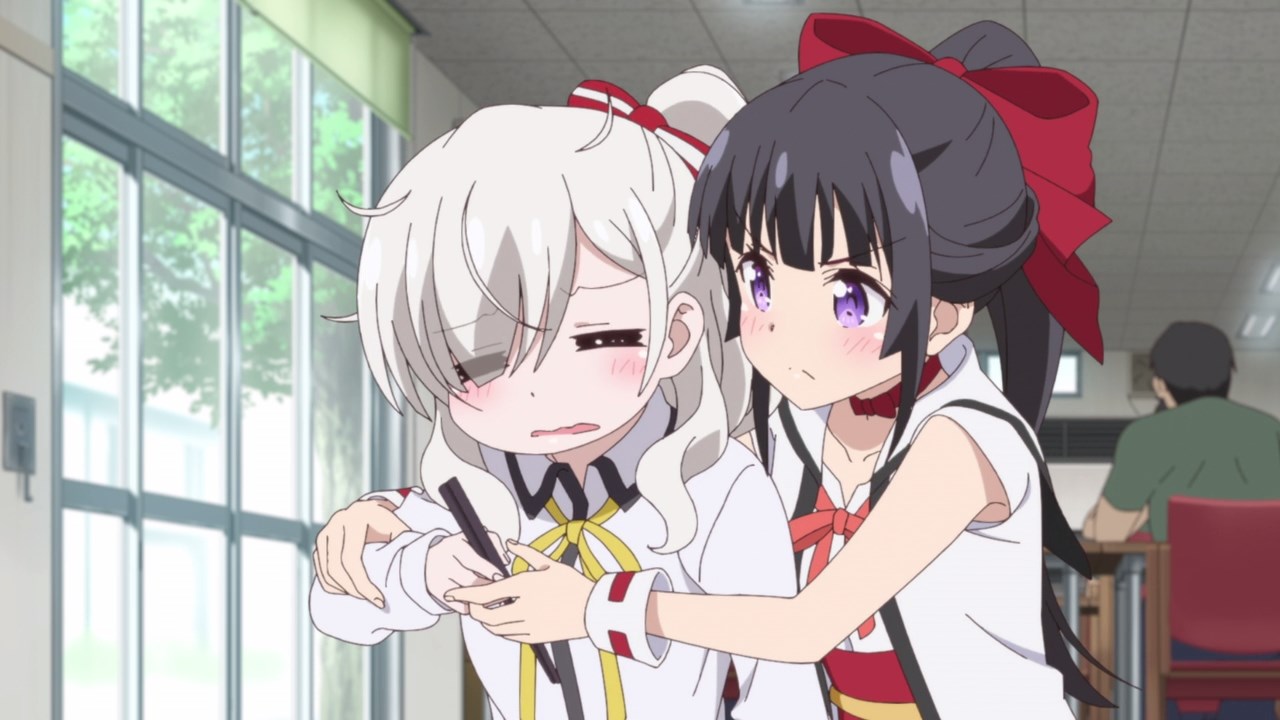 Anyways, this is just a breather episode after Claudia and the rest destroyed a Pillar at Umihotaru, although most of them at Tateyama Base are pretty tired.

Fortunately, Miyako Muguruma is here to wake them up so they can eat breakfast and get their energy back. And really, despite being called a problem child according to her own family, Miyako is considered to be the light that shines brightly across Tateyama. 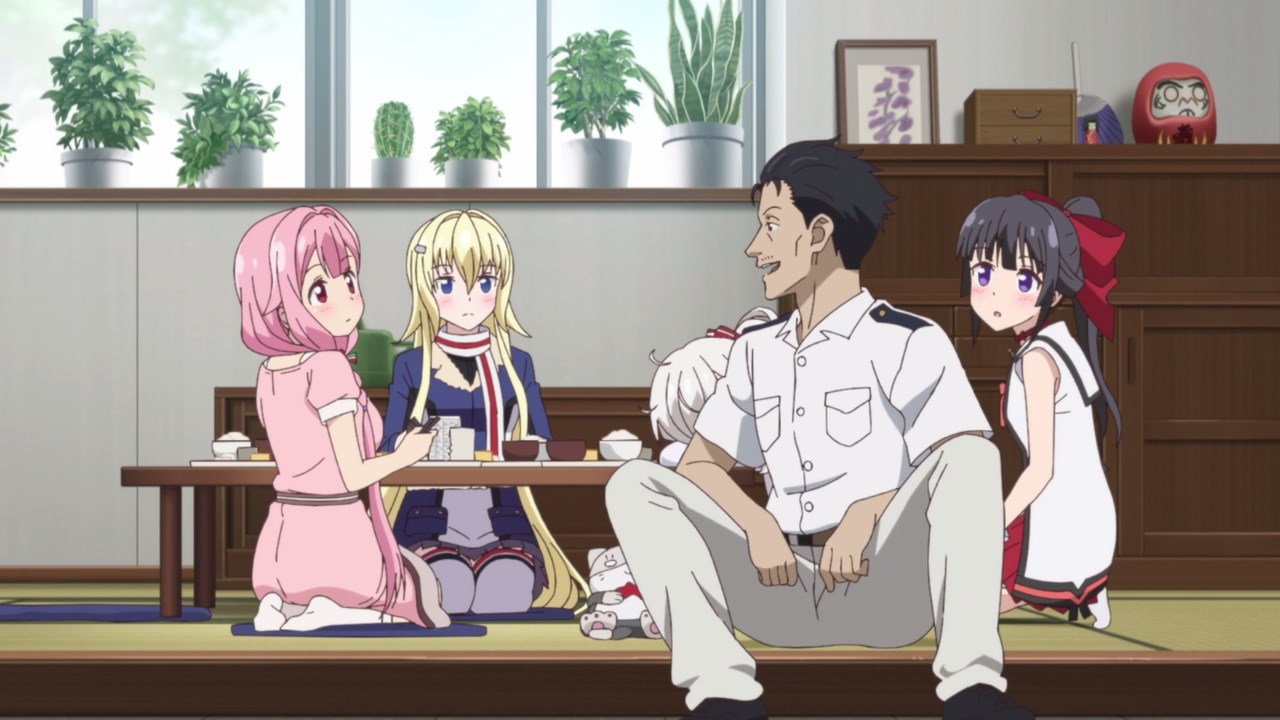 By the way, here’s Commander Ichiro Satomi where he told everyone to return to Umihotaru for disaster recovery assessment. I mean, that city was devastated by a Pillar attack so they need to check if the reconstruction is going smoothly. 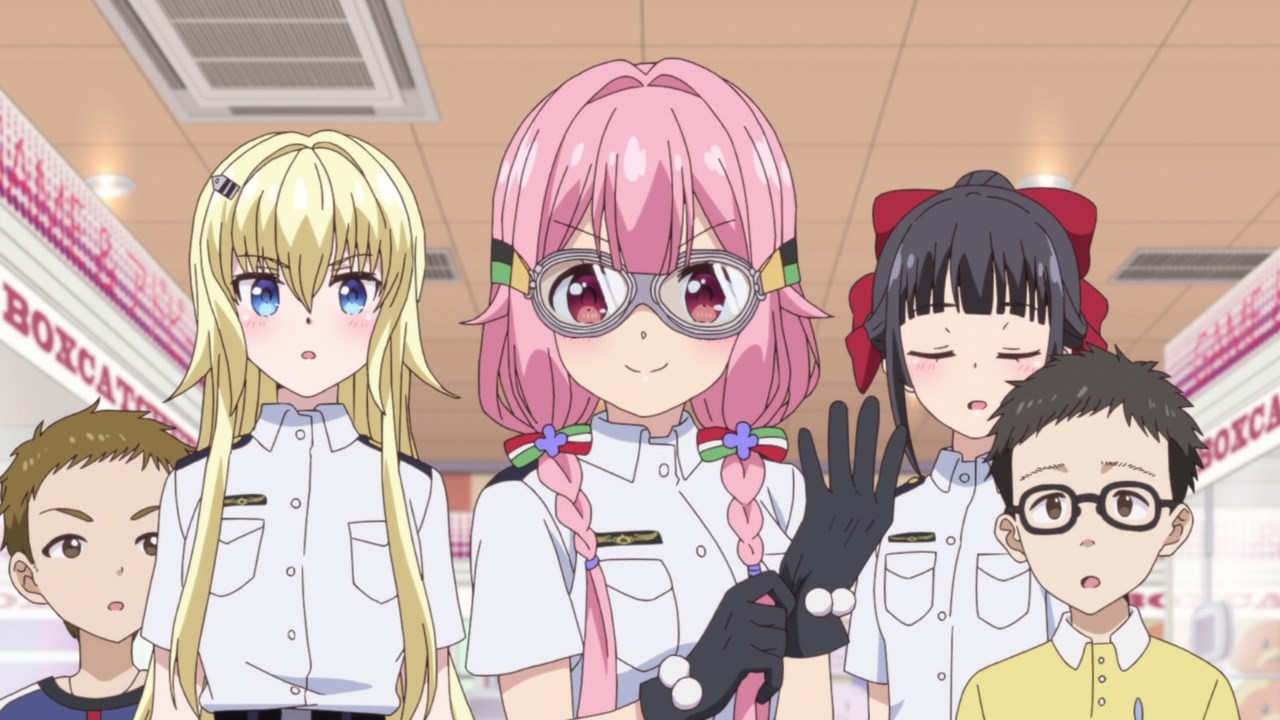 But when they went to Umihotaru, it appears that the city has recovered, almost as if they’re not affected by the Pillar at all as Miyako and the rest are having fun with the locals.

Heck, Sonoka Watarai wants to play racing games together with the Shield Squadron. 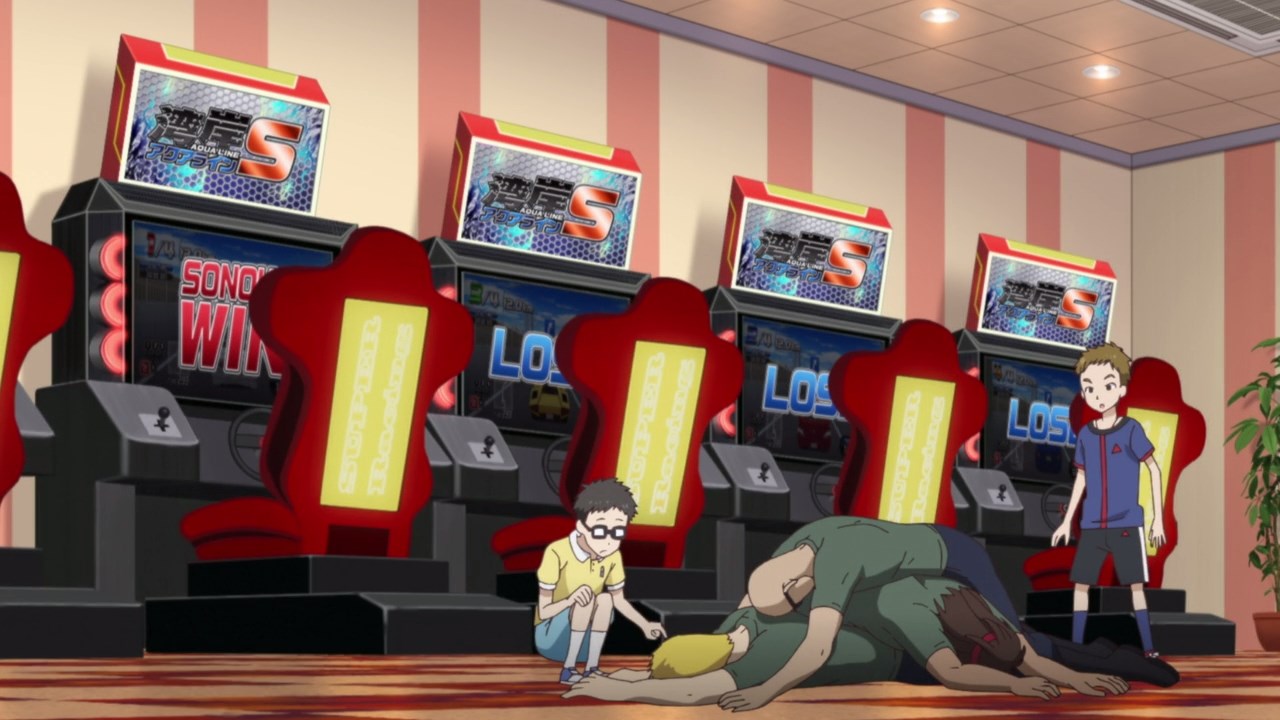 Unfortunate for the likes of Ronge, Kinpatsu, and Gurasan, they’re completely wiped out by Sonoka and her amazing driving skills. Looks like Umihotaru has recovered. 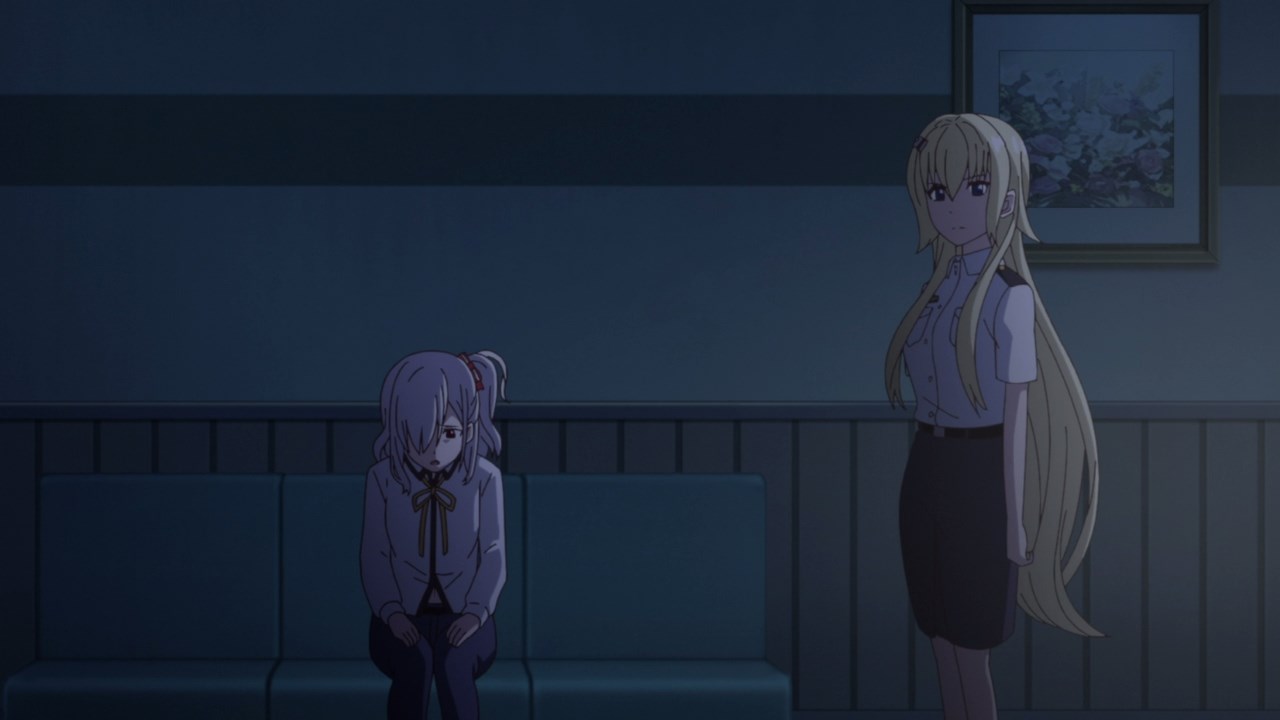 Of course, there is a few casualties that occur during the Pillar attack, although the military personnel at Tateyama Base are the ones who suffered as Azuzu Komagome told Claudia Bruford that a helicopter pilot suffered major injuries. 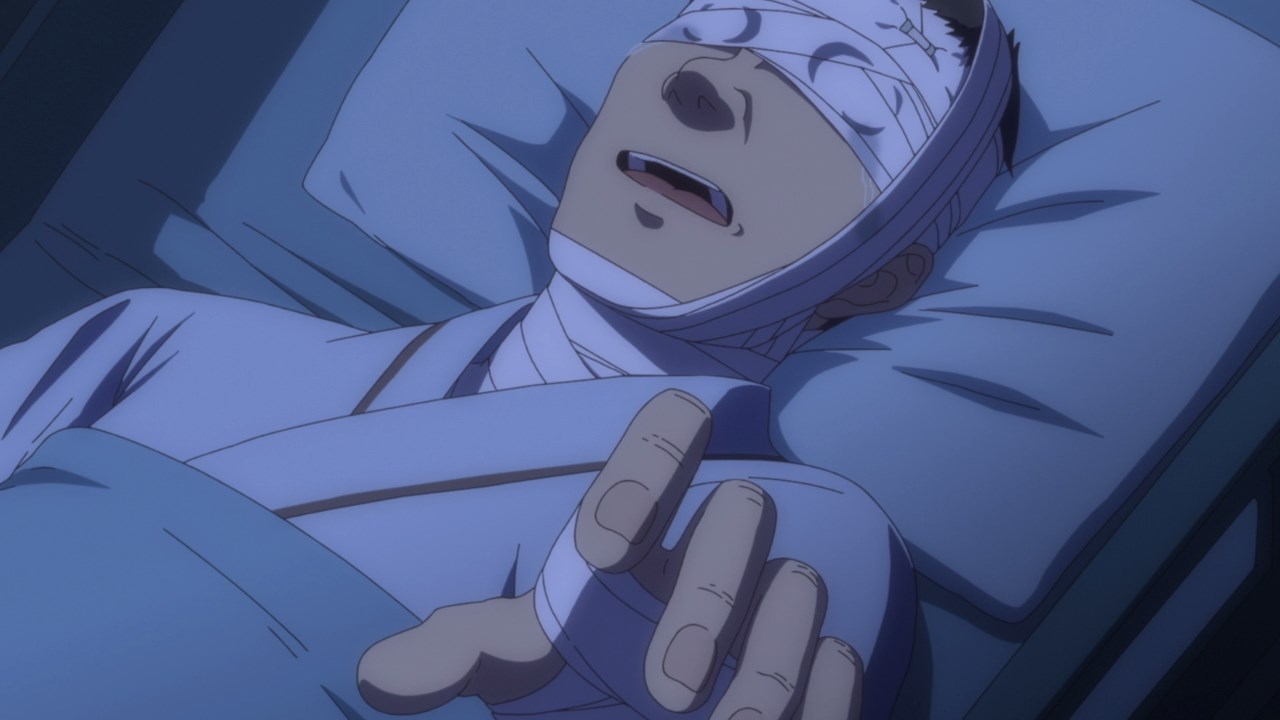 And here’s the helicopter pilot who not only lost both of his eyes, but he’s gonna die soon due to his severe injuries. 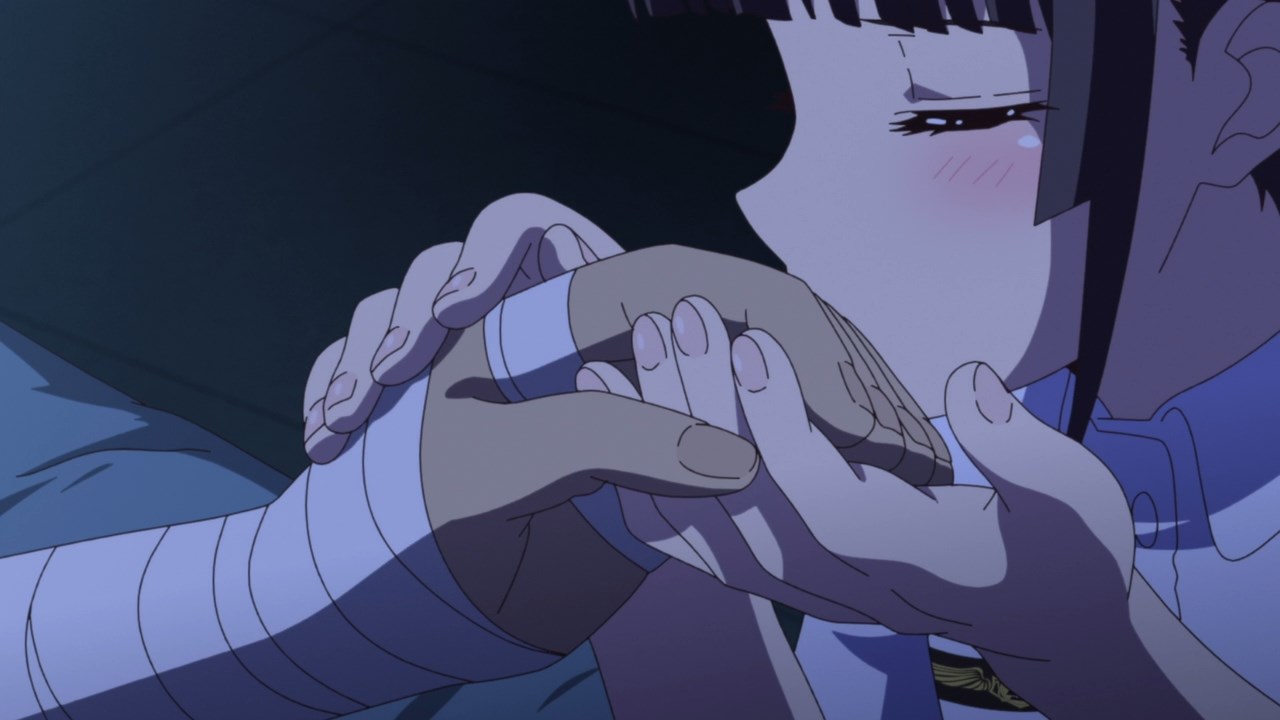 Thus, the only thing that the Valkyries will do to these injured warriors is to safely take their soul to Valhalla, as Miyako Muguruma accompany the injured pilot until he passed away. 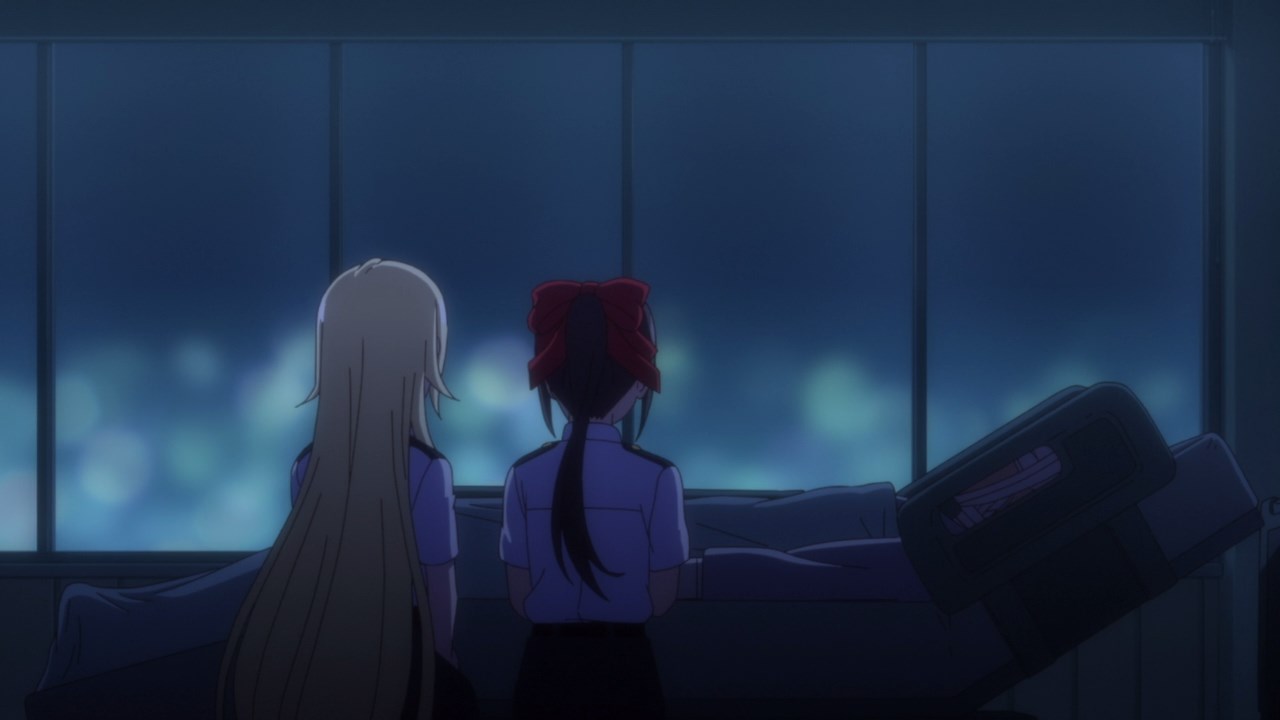 But that’s about it for Episode 3 and while the civilians are safe, let’s not forget that the brave men and women from Tateyama Base have risked their lives to save them from the Pillar threat.

Of course, I’m concerned about Claudia Bruford where she might lose her teammates again. Then again, I hope that won’t be the case on the next episode.