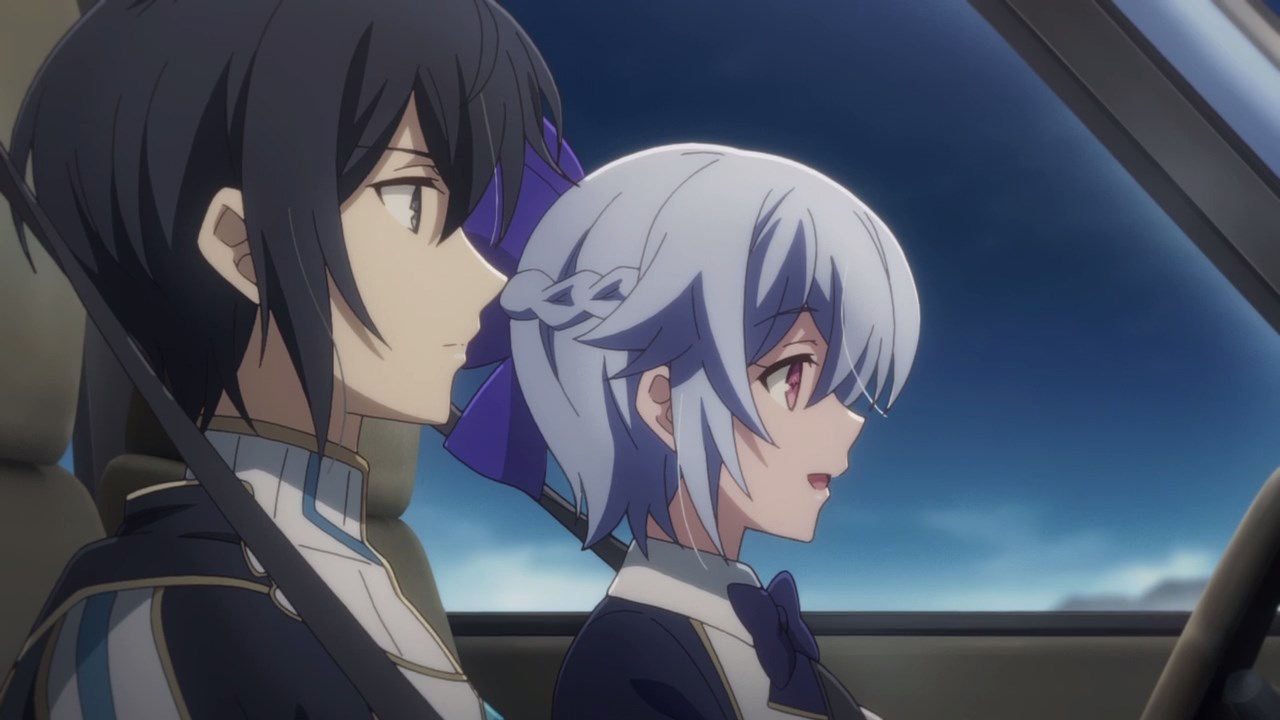 Here’s Iska again where he’s joined by his captain Mismis Klass on his way towards an unnamed neutral city. 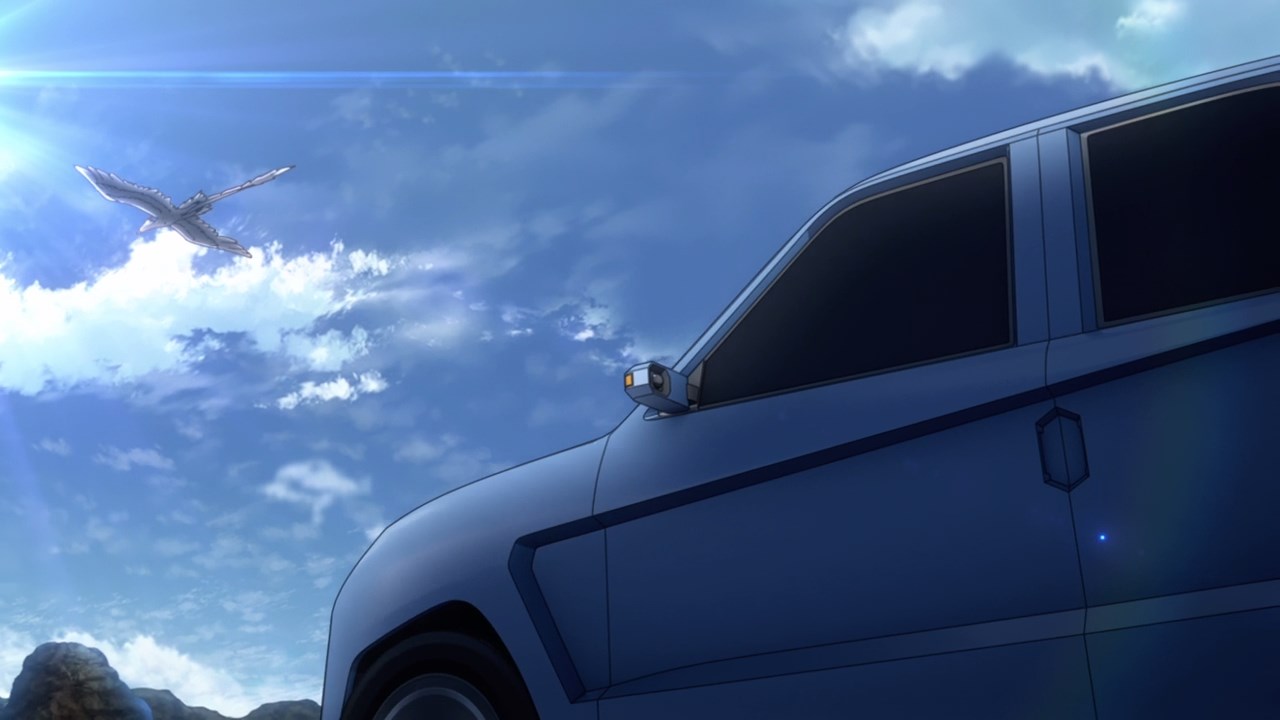 Of course, I have a feeling that he’ll meet his archenemy again and who knows what’s gonna next. 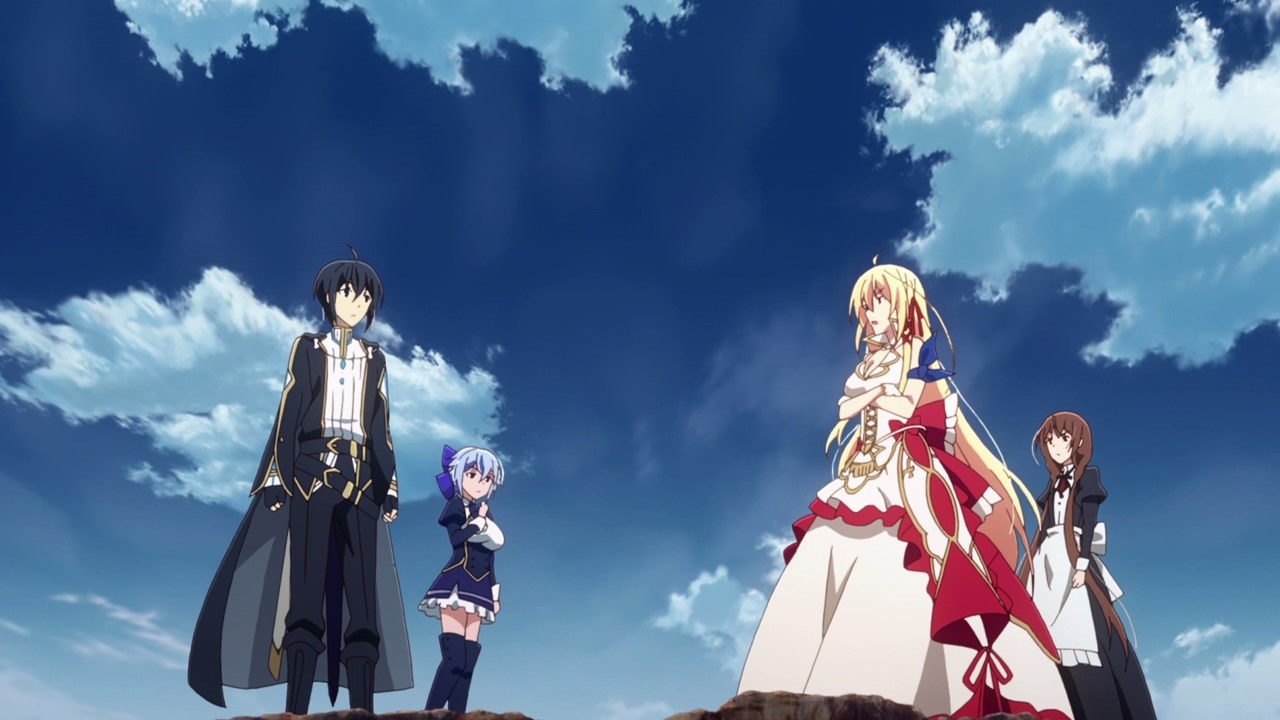 Anyways, Aliceliese Lou Nebulis IX has finally met Iska wher she discuss about the ongoing war between the Heavenly Empire and Nebulis Sovereignty. Obviously, they can’t continue this century-old war for much longer.

Now then, Alice finally knows who Iska is as he became the youngest Saint Disciple before the Empire stripped his status for setting one astral mage free, although the Empire later reinstate Iska as a Saint Disciple to capture Aliceliese Lou Nebulis IX. Of course, the reason why Iska sets one astral mage free is because he’s gonna use the prisoner from the Sovereignty as a bargaining chip. Of course, neither both sides will agree to a peace treaty.

Because of his reasoning, Aliceliese Lou Nebulis IX has decided to take Iska to the Nebulis Sovereignty, although he can’t do that because the Empire won’t give him second chances if he defects to the Sovereignty. 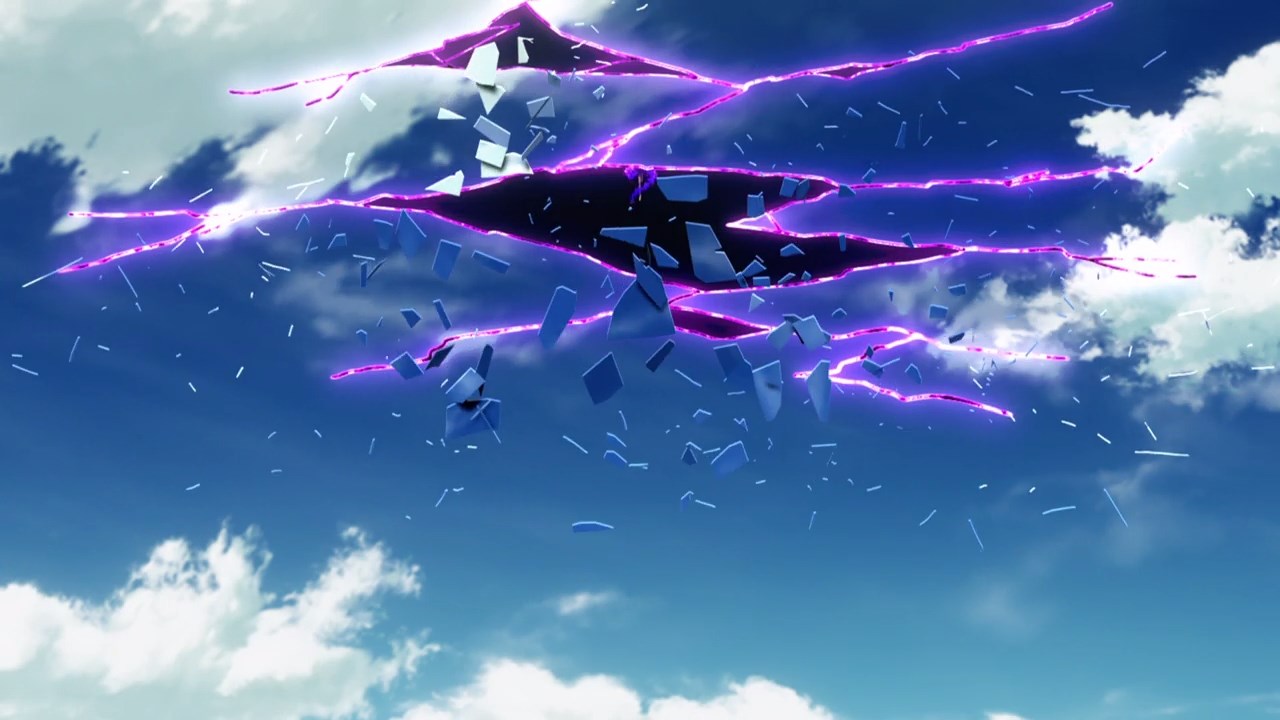 Unfortunately, their negotiation has come to a sudden end when the sky is literally shattered and an ominous figure appeared. This can’t be good! 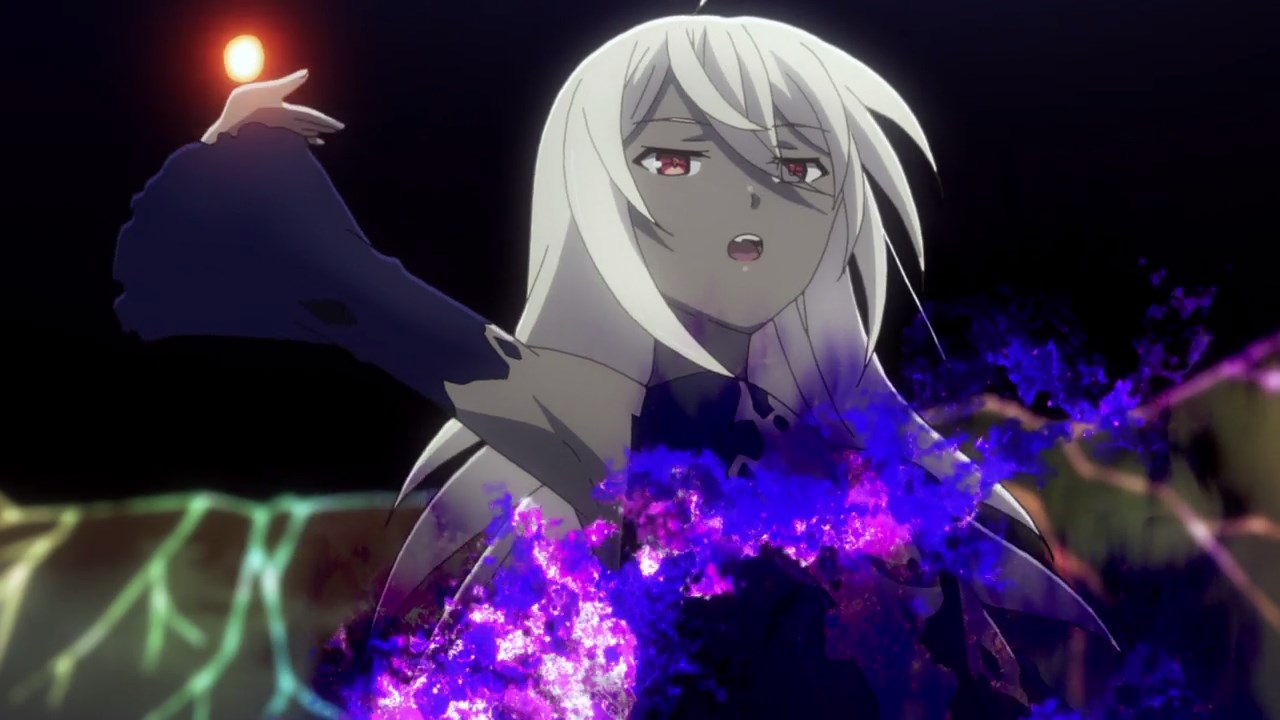 Anyways, this is the founder of the Nebulis Sovereignty where she’s really angry that not only the wielder of the astral swords has arrived, but Iska is seen with Aliceliese Lou Nebulis IX.

Oh boy, looks like her century-long slumber has made the Founder really angry at everything, therefore she’s gonna destroy everything in sight. 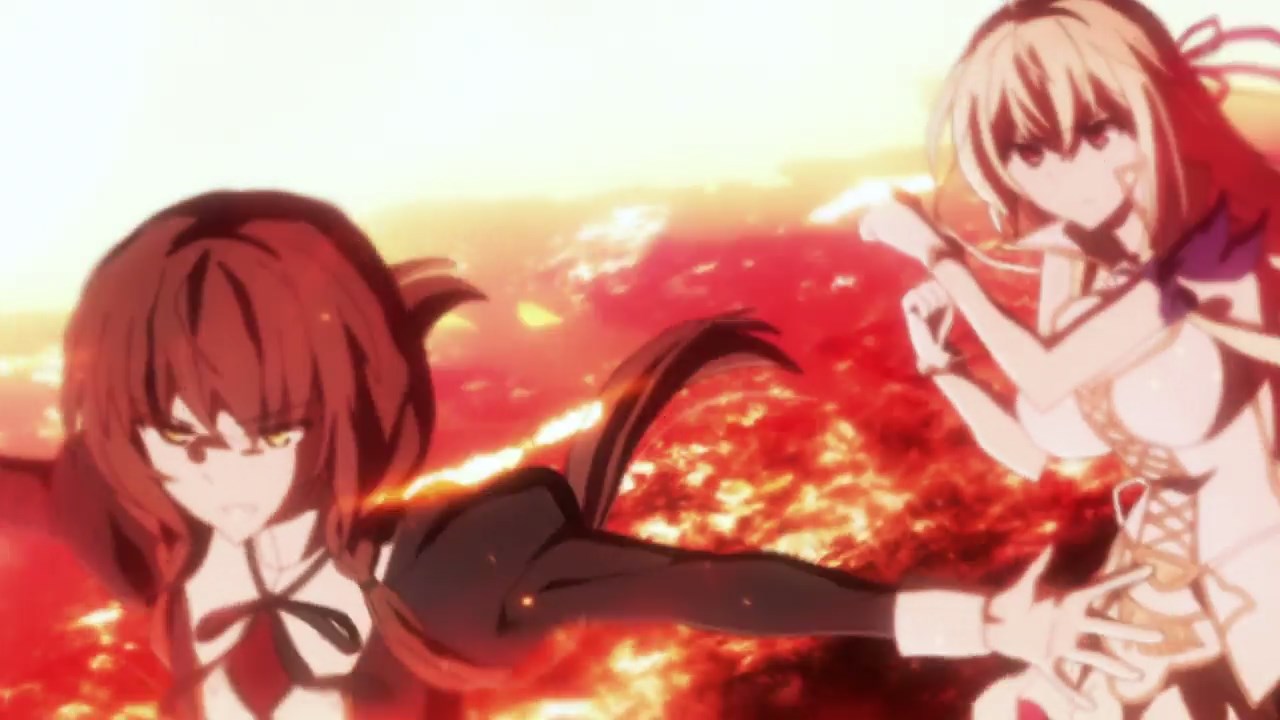 Not on Rin Vispose’s watch however as she’s protecting Lady Alice from the Founder’s astral flames. C’mon, she’s gonna protect the Ice Calamity Witch no matter what. 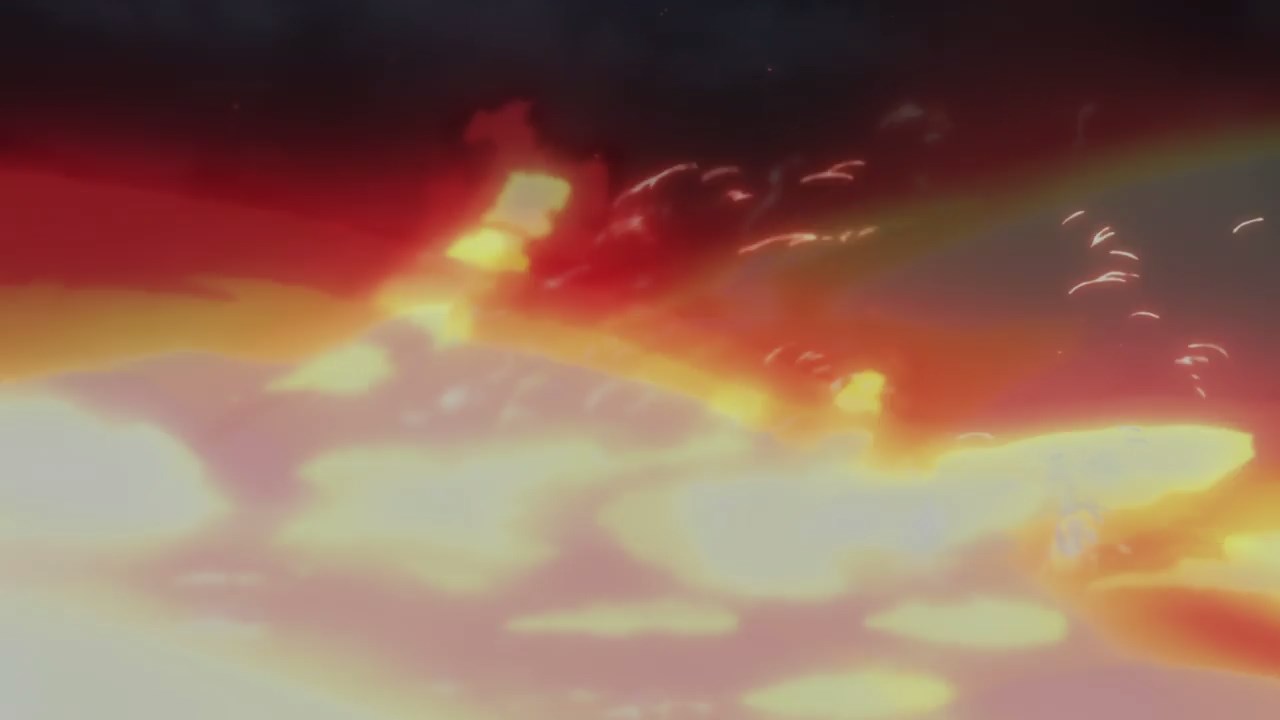 Unfortunately, Rin can’t survive the astral flames as she was knocked down. Still, it would be bad if she leave there to die. 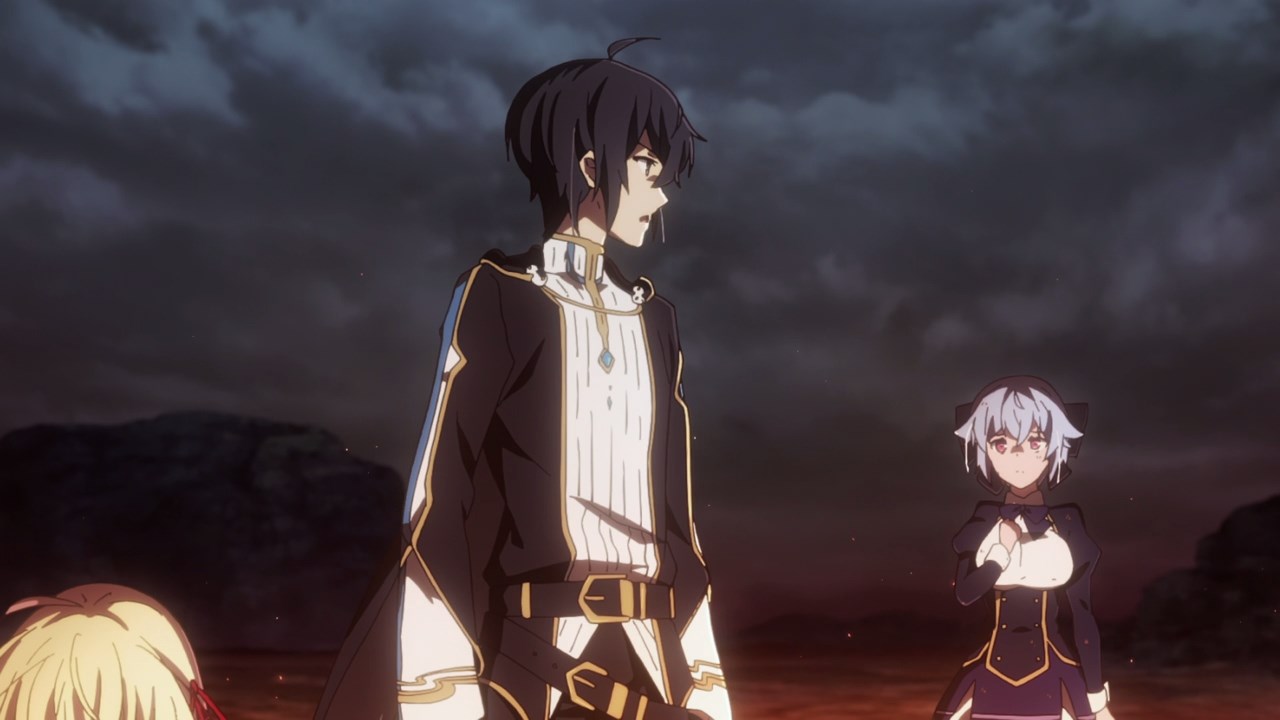 Therefore, Iska told his captain to take Rin Vispose to an astral injury specialist while order the residents to evacuate immediately. Yeah, shit’s gonna hit the fan later if more lives are left there to die. 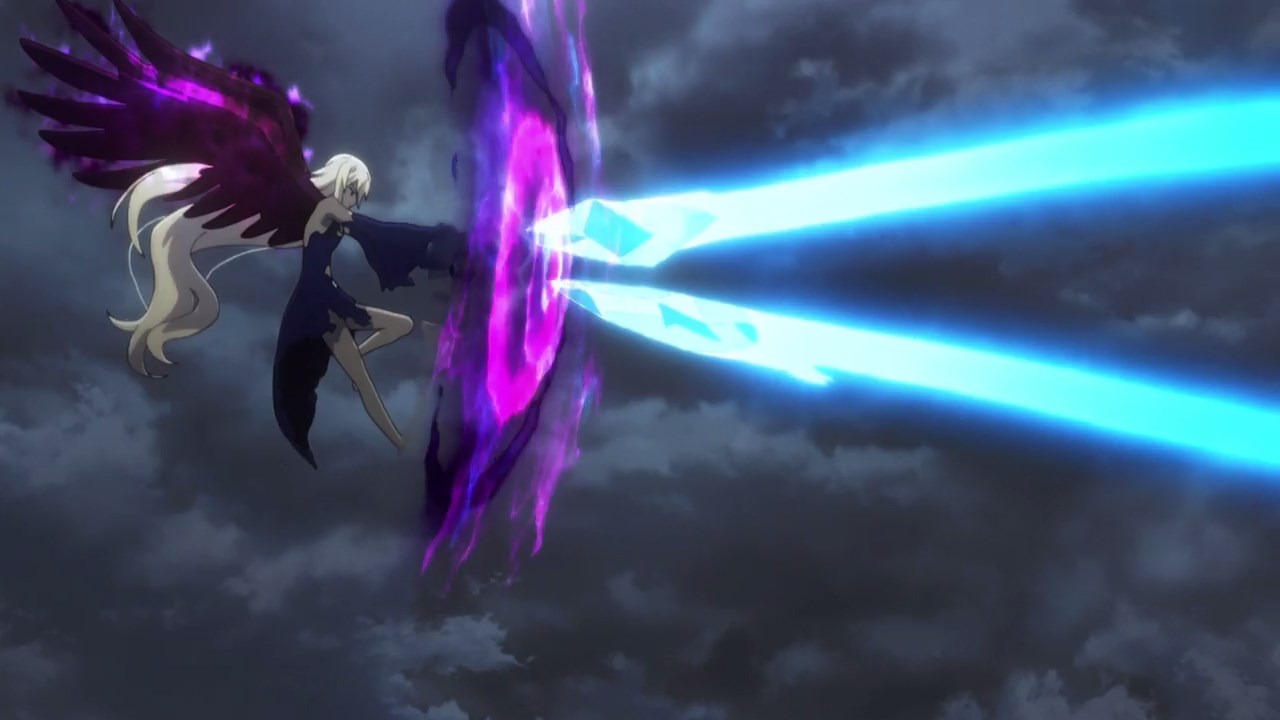 So while Mismis Klass took Rin Vispose to a hospital in a neutral city, Iska and Aliceliese Lou Nebulis IX will have to work together to stop this rampaging Founder from killing everyone.

Of course, the Founder isn’t pleased on their cooperation as her hatred towards the Empire runs deep. 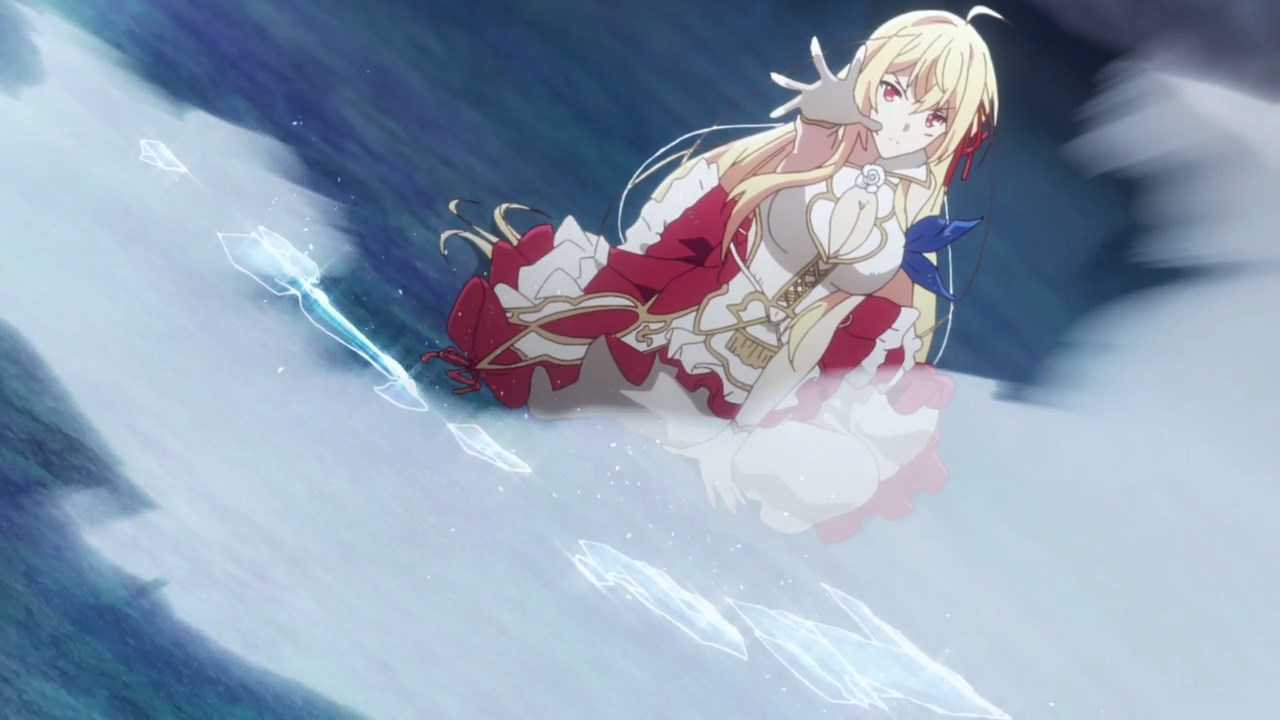 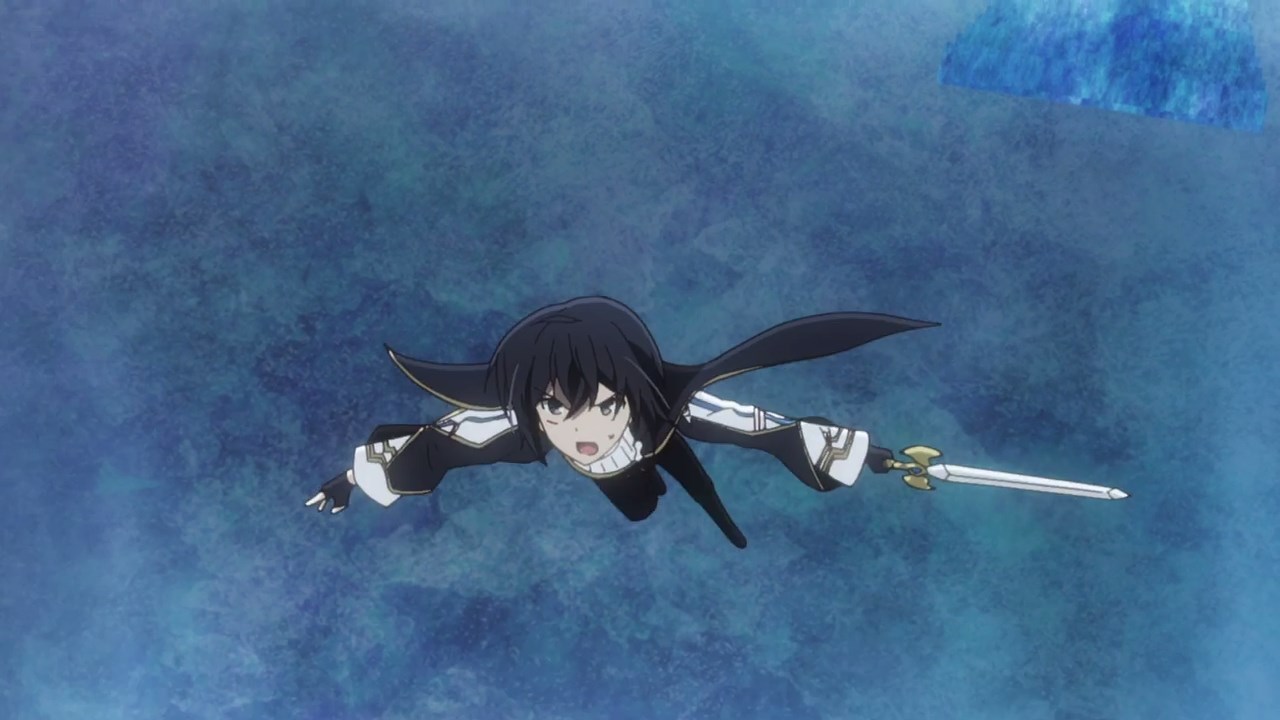 Anyways, both Aliceliese Lou Nebulis IX and Iska combined their powers to defeat the Founder as there’s no need for both sides to continue the war. 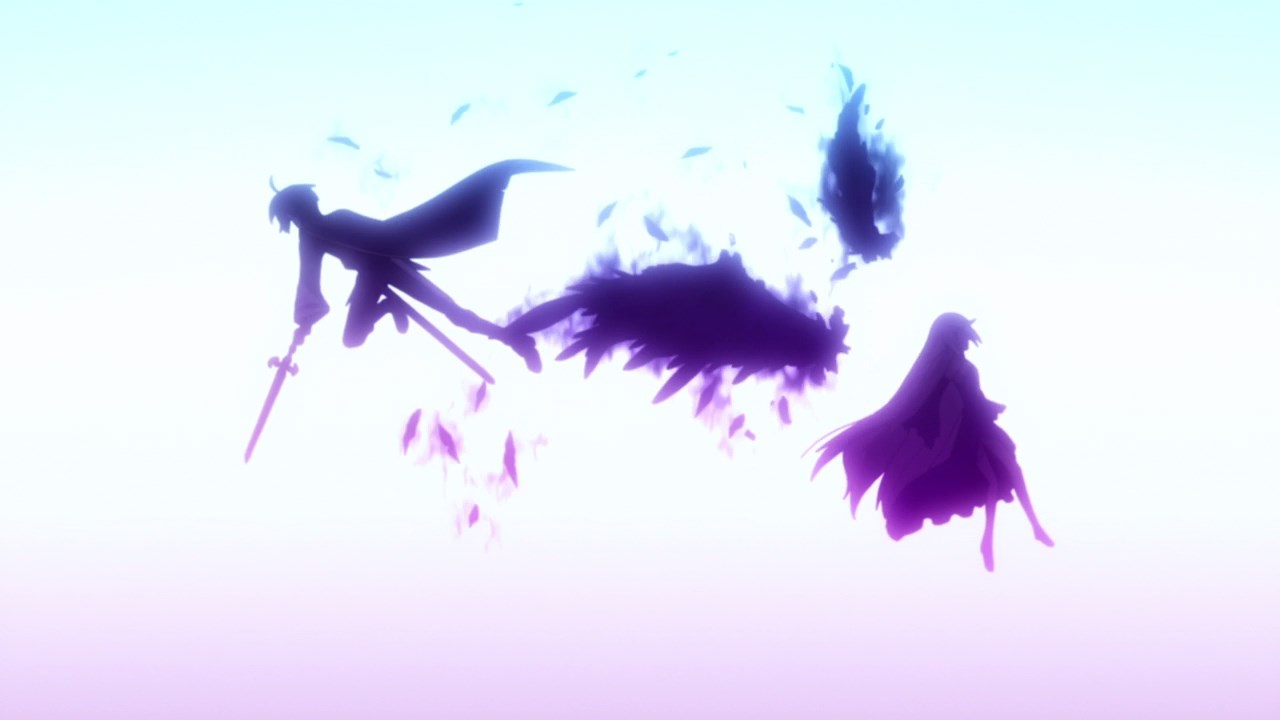 And so, the Founder has finally defeated as Iska cut both of her wings. I have to say that Alice and Iska will make a great team together. 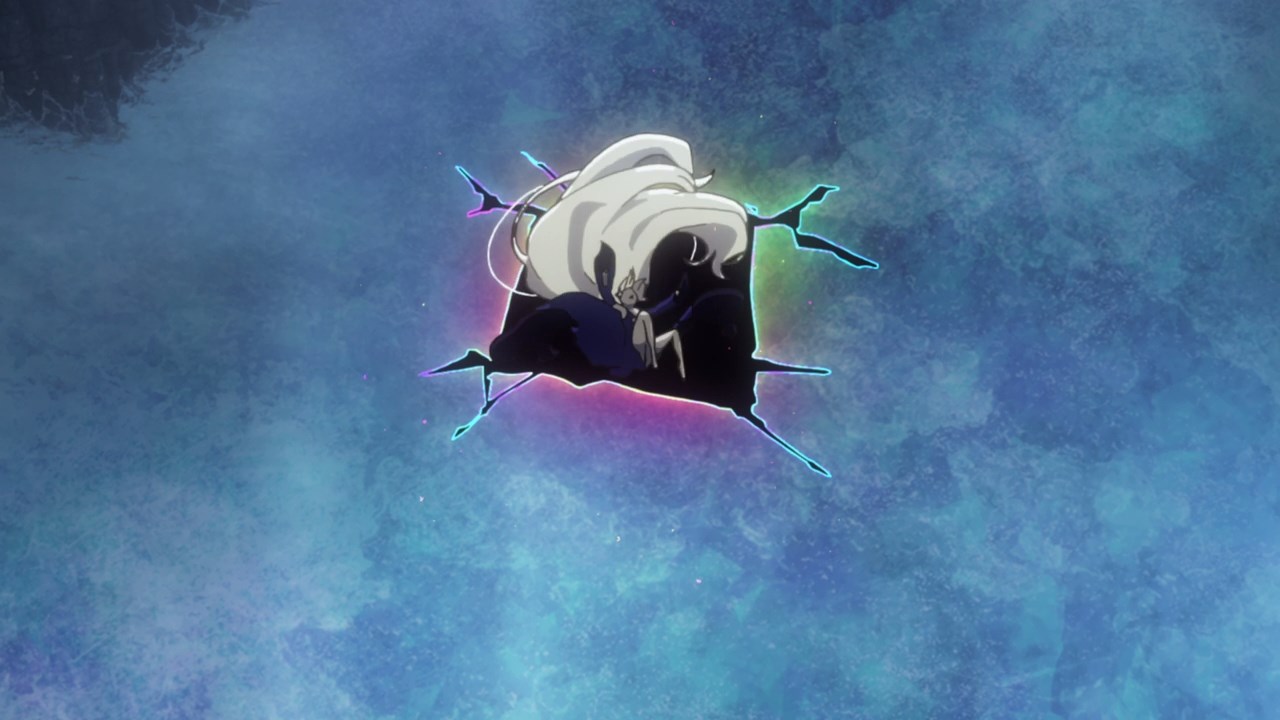 And while the Founder has lost for the time being as she returned to the void, I feel that she’ll be revived in the future in order to destroy the Heavenly Empire once and for all. 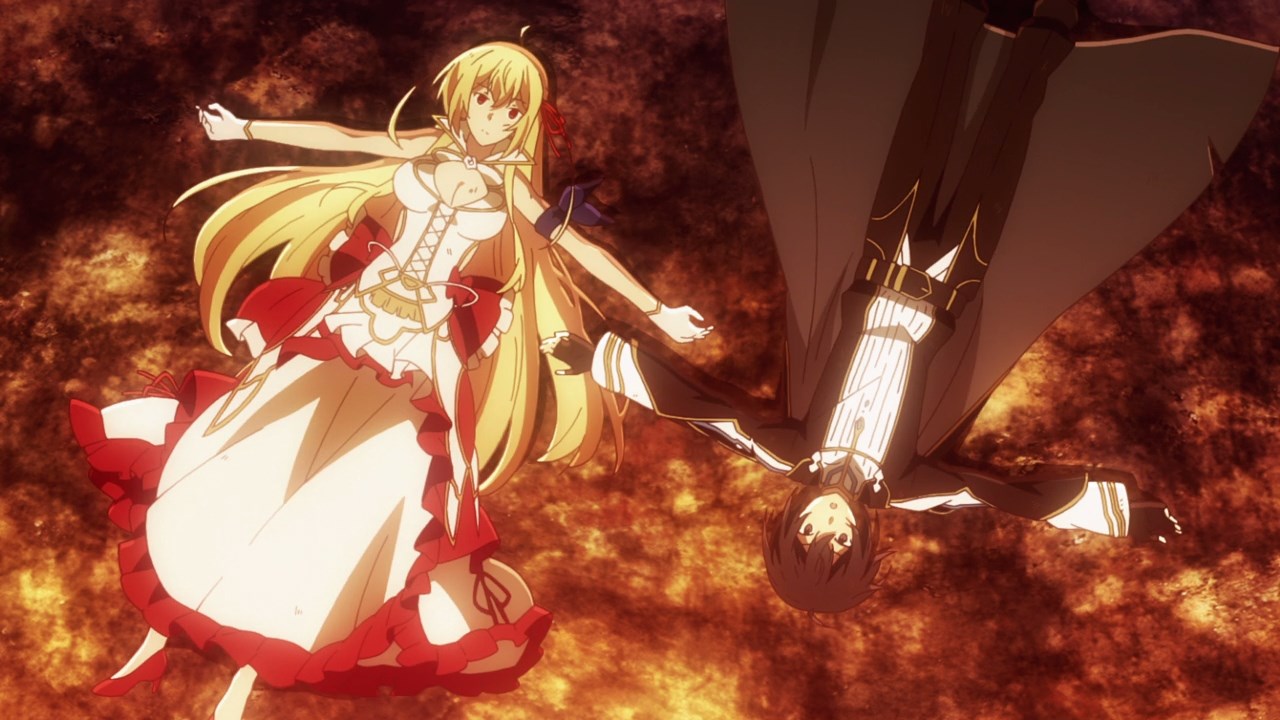 For now, looks like both Alice and Iska are pretty tired after stopping the Founder from turning a neutral city into a wasteland. Oh yeah, and Iska won’t join Alice as they’ll become enemies tomorrow.

But that’s about it for Episode 3 and while they made a temporary united front against the Founder, it’s gonna be a tough job for both Aliceliese Lou Nebulis IX and Iska to bring peace between two sides instead of destroying each other. Anyways, I’ll see you next time!