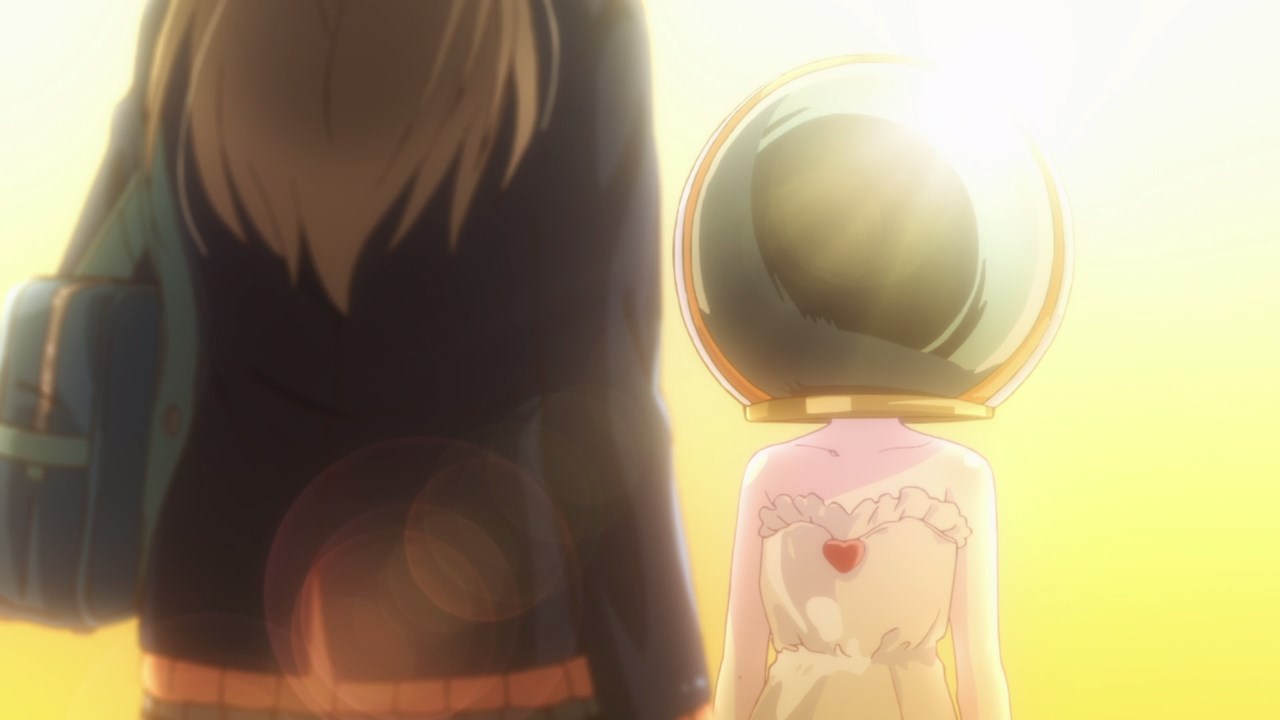 Hey everyone, here’s Yashiro Chikama where she’s still wearing a helmet even though Yashiro is wearing a cute dress. 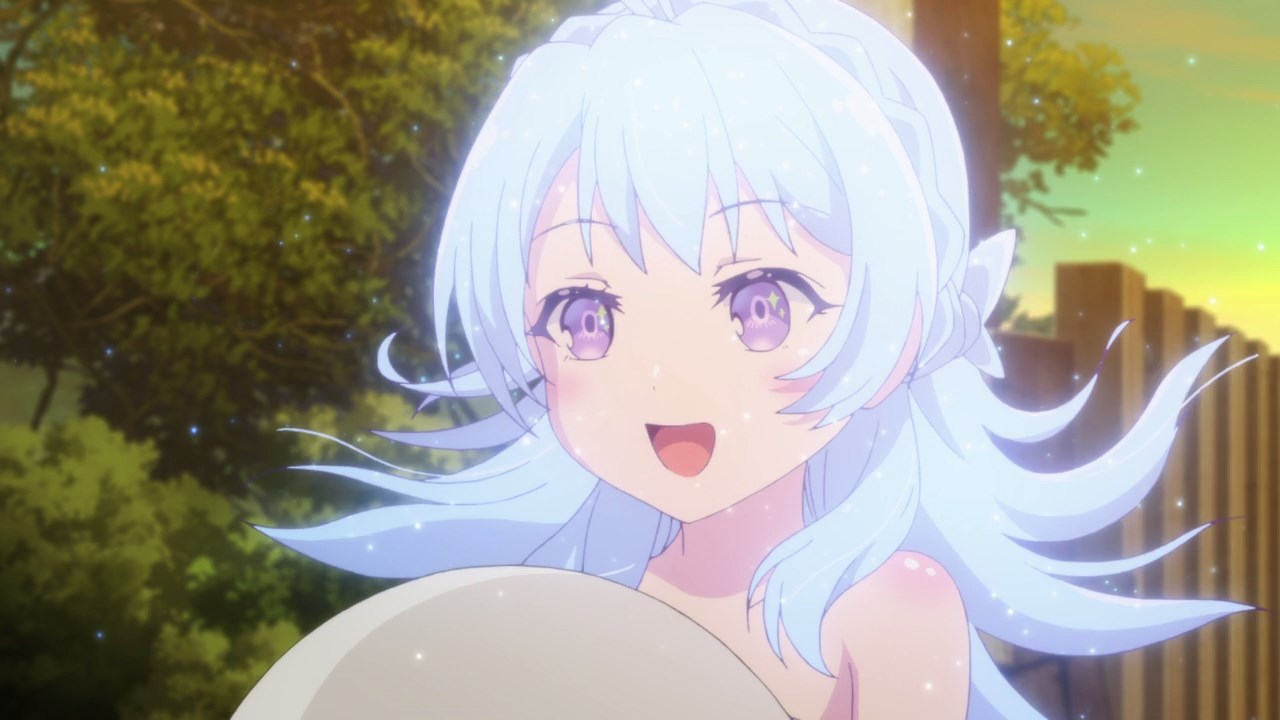 But that’s until Yashiro took off her helmet where she’s actually a cute girl. Wait, isn’t that Erio Touwa or a blue-haired version of Yashiro Hoshimiya from Denpa Onna to Seishun Otoko?

Regardless, I’m glad that Yashiro Chikama revealed her face, but I feel that she’s not an alien who’s looking her companion. 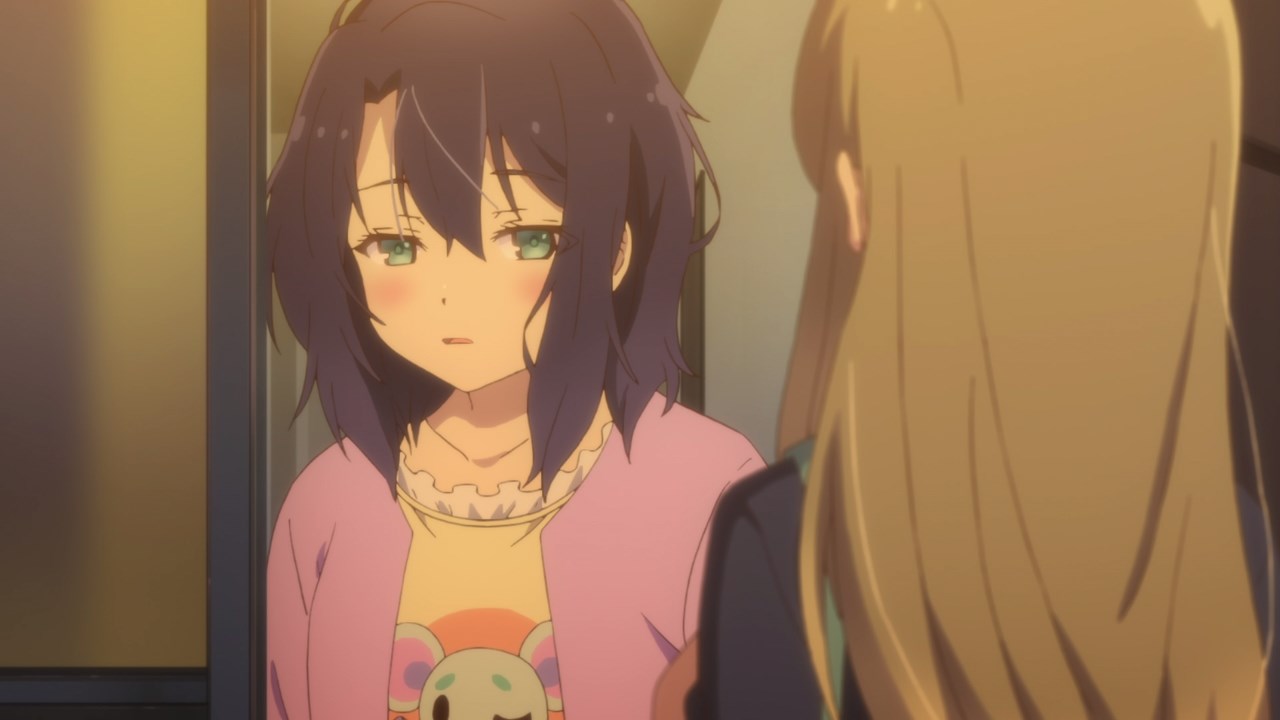 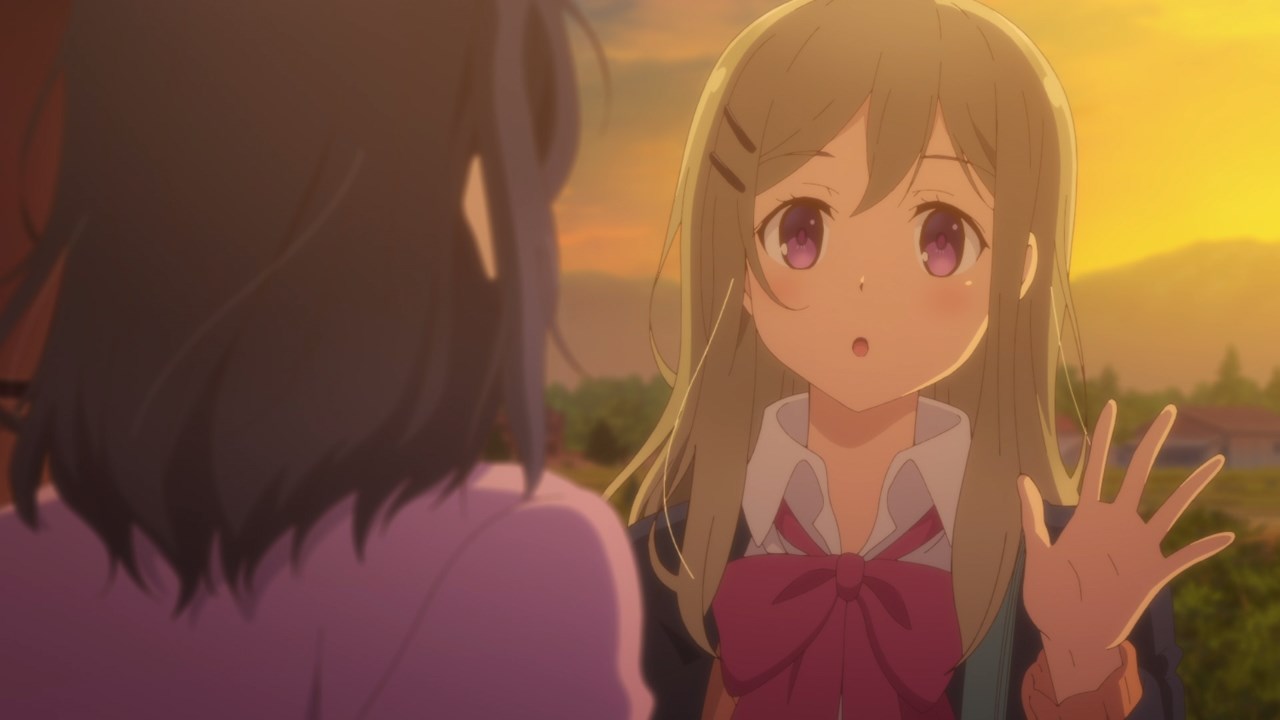 Anyways, looks like Hougetsu Shimamura visited Sakura Adachi’s home as she didn’t come to school today, although Adachi felt better now albeit having a messy hair since she got out of bed.

Still, I’m hoping that Sakura Adachi will return to school as Hougetsu Shimamura is waiting for her. 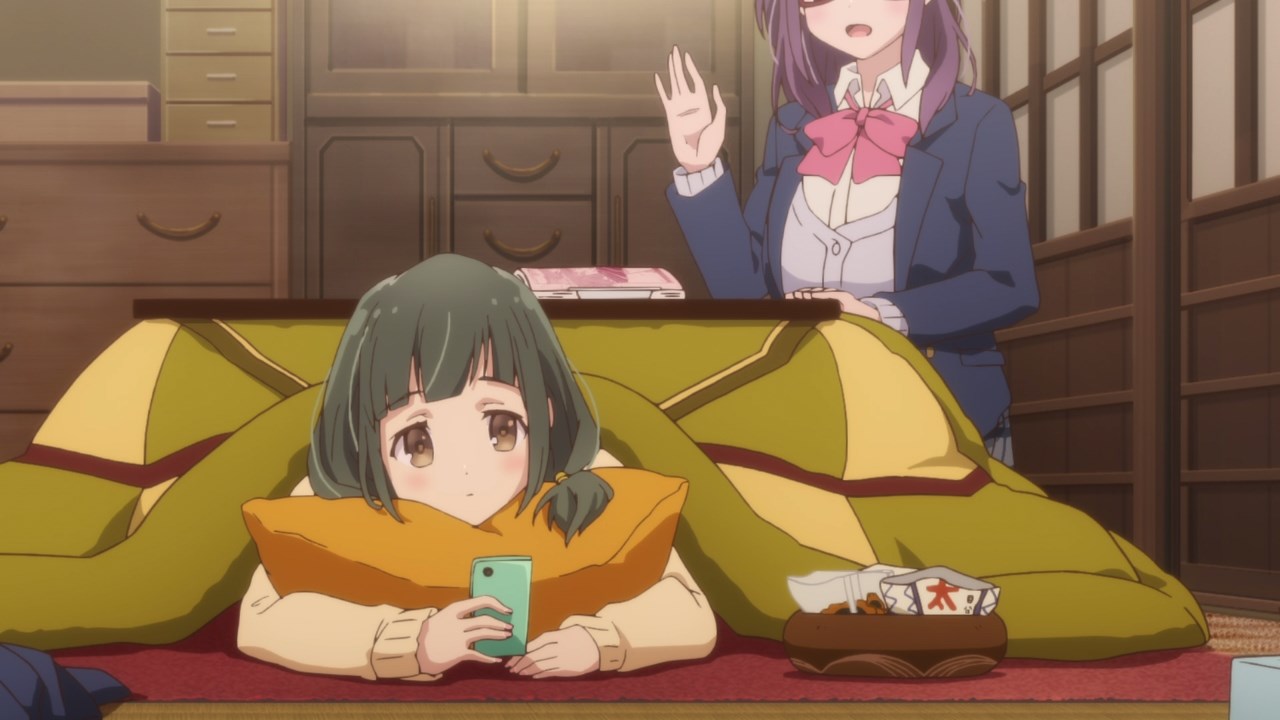 Meanwhile, let’s focus on both Akira Hino and Taeko Nagafuji where despite being Shimamura’s classmates, they have some story to tell since Akira and Taeko are childhood friends. 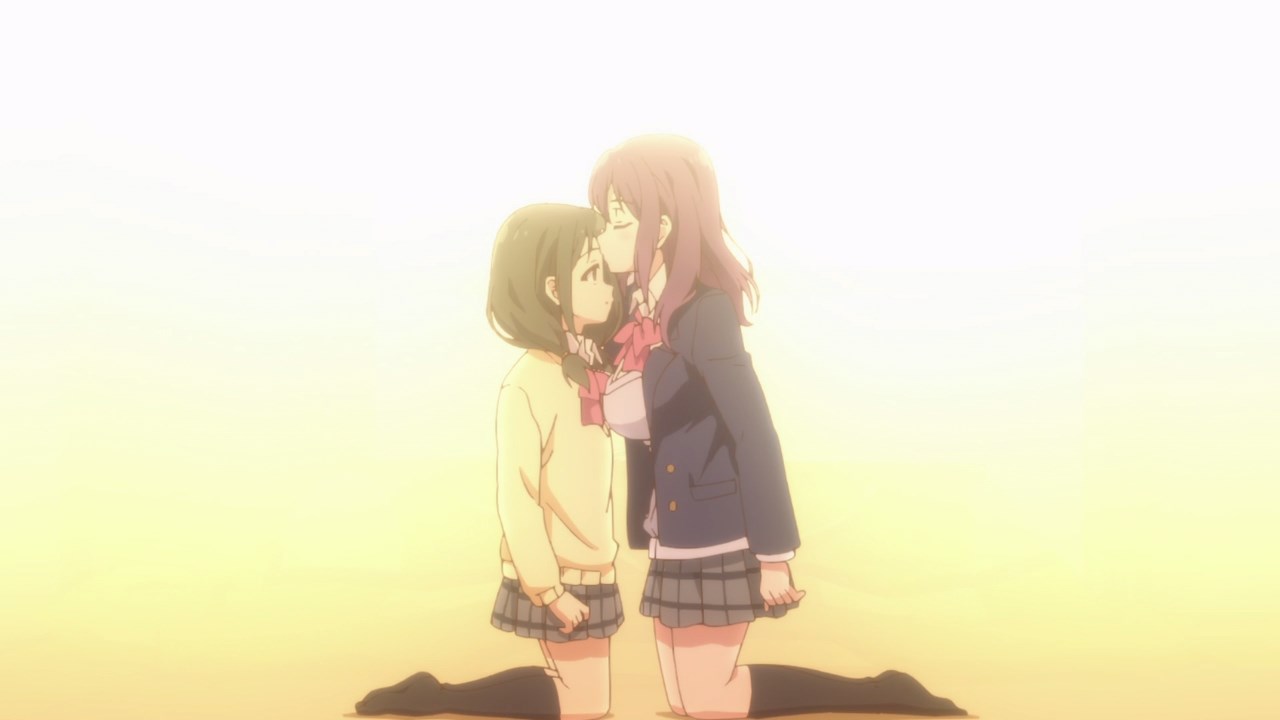 And speaking of Nagafuji, she kissed Hino on the forehead in which I feel that they should have a spin-off in the future. Then again, I feel that Taeko should kiss Akira on the lips. 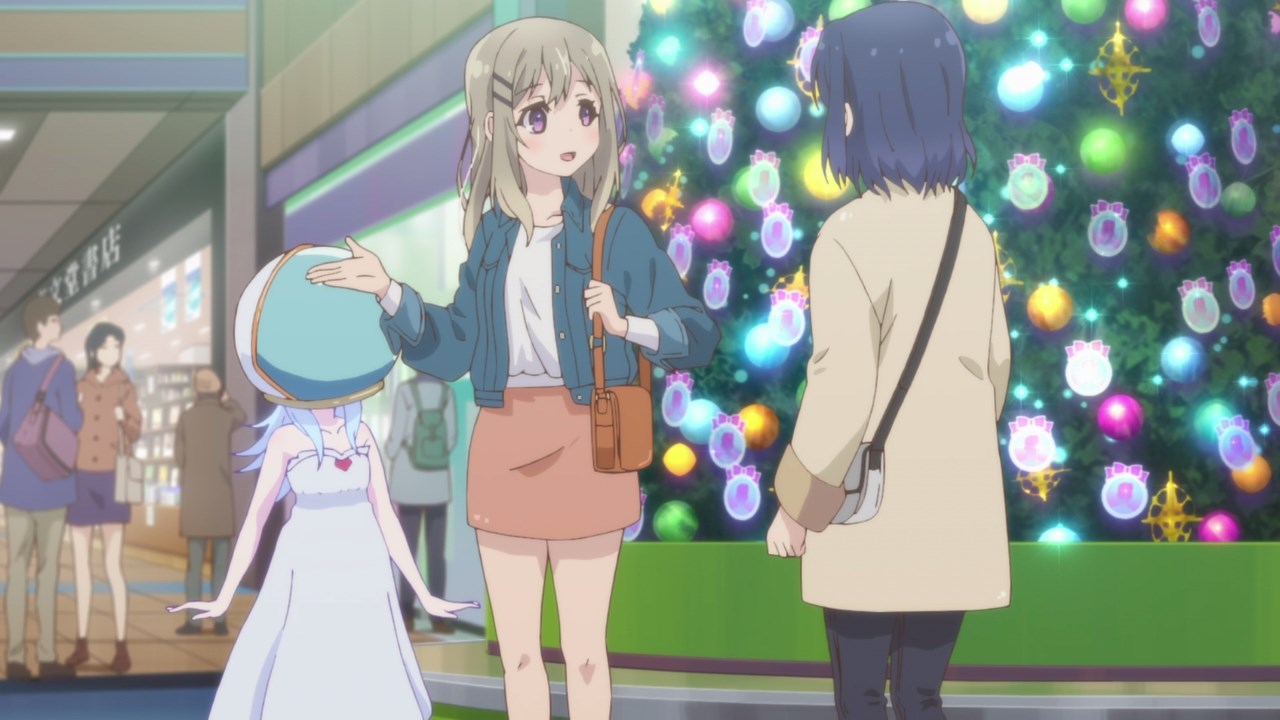 Oh yeah, looks like Sakura Adachi will have a date with Hougetsu Shimamura but first, she’ll have to meet Yashiro Chikama who’s still wearing that astronaut helmet… 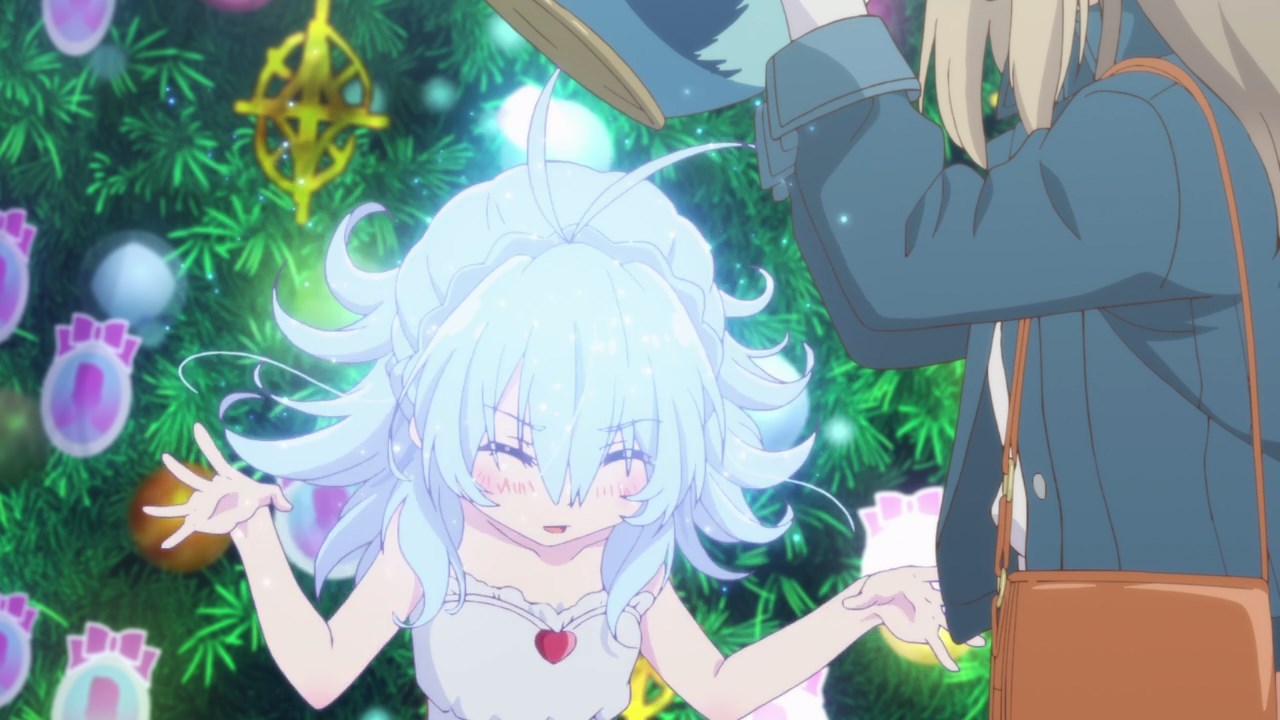 …until Shimamura removes it in which Adachi is surprised that Chikama is actually a cute girl. 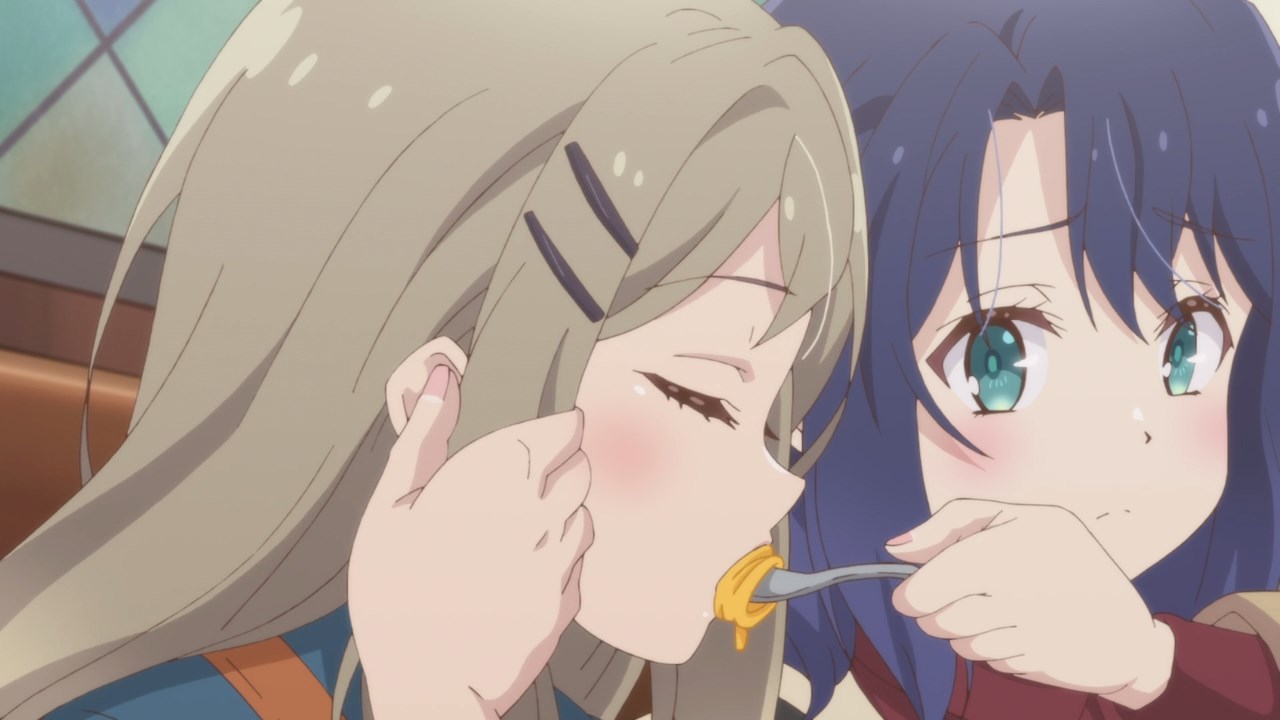 Well then, let’s get on with their date as Adachi is feeding Shimamura, although they’ll have to take care of a little girl who claims that she’s an alien. 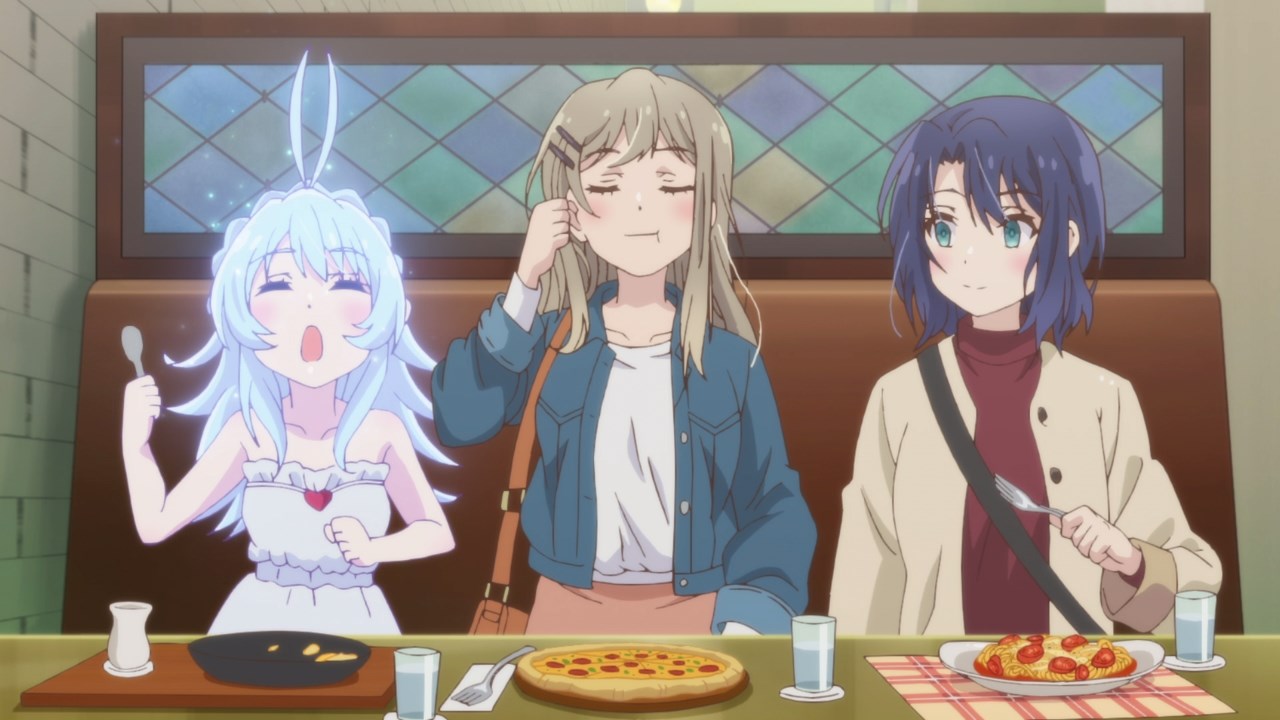 But seriously though, had Yashiro Chikama didn’t show up today, both girls are having a great date at the mall. With that said, I’ll see you next time!