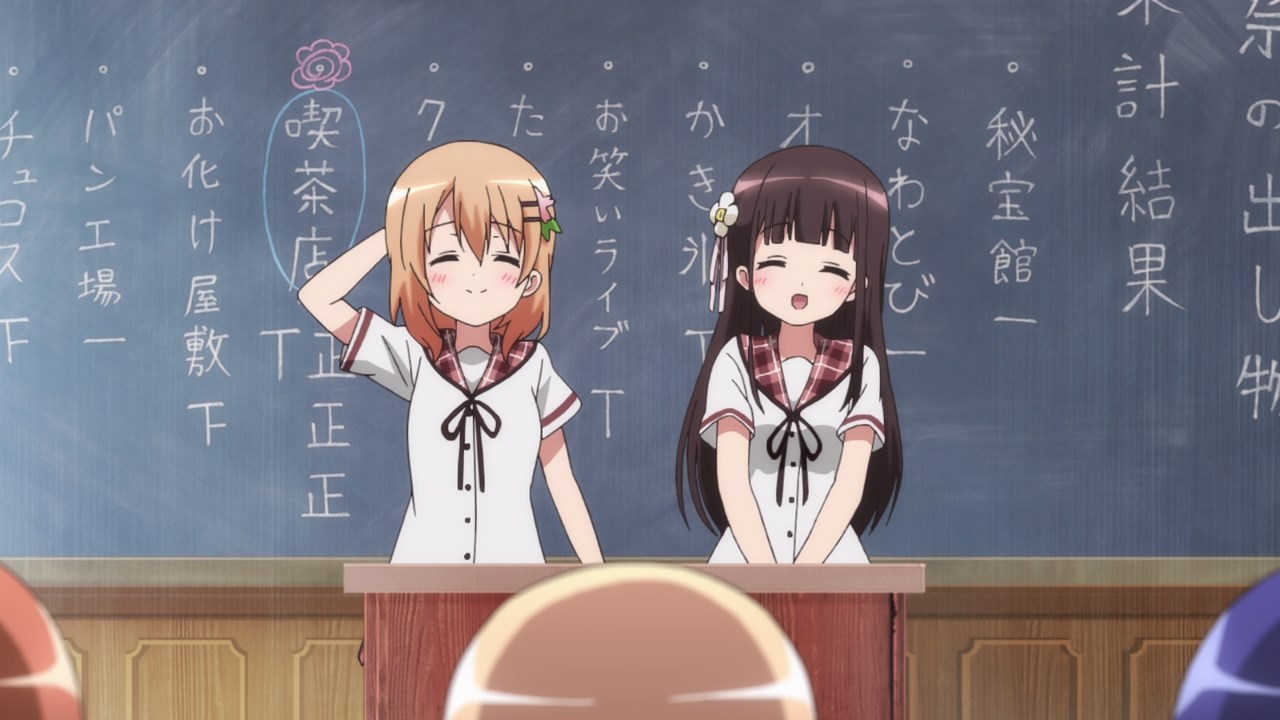 Let’s start this episode with Cocoa Hoto and Chiya Ujimatsu where they’ll be hosting a maid cafe at their classroom. Then again, their school festival will happen in future episodes. 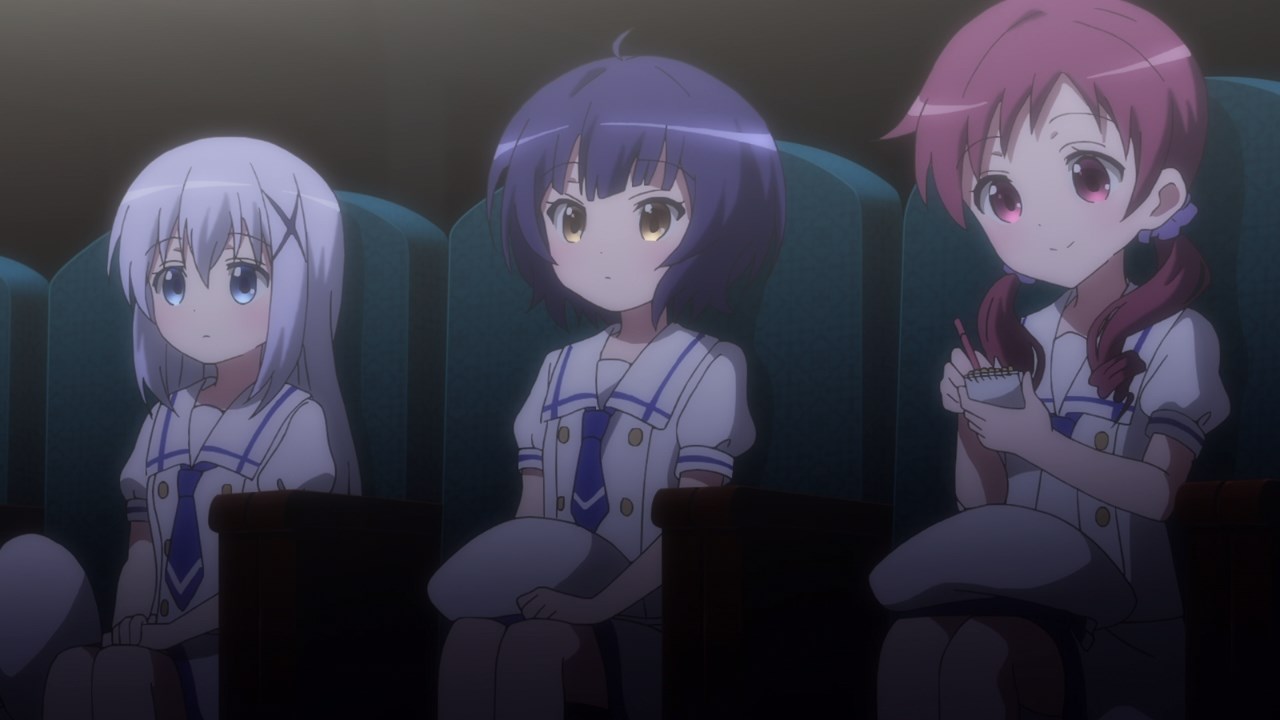 For now, let’s focus on the ChiMaMe Squad where the trio are visiting various high schools and decide which school they’ll enroll once Chino Kafuu and her friends graduate middle school. 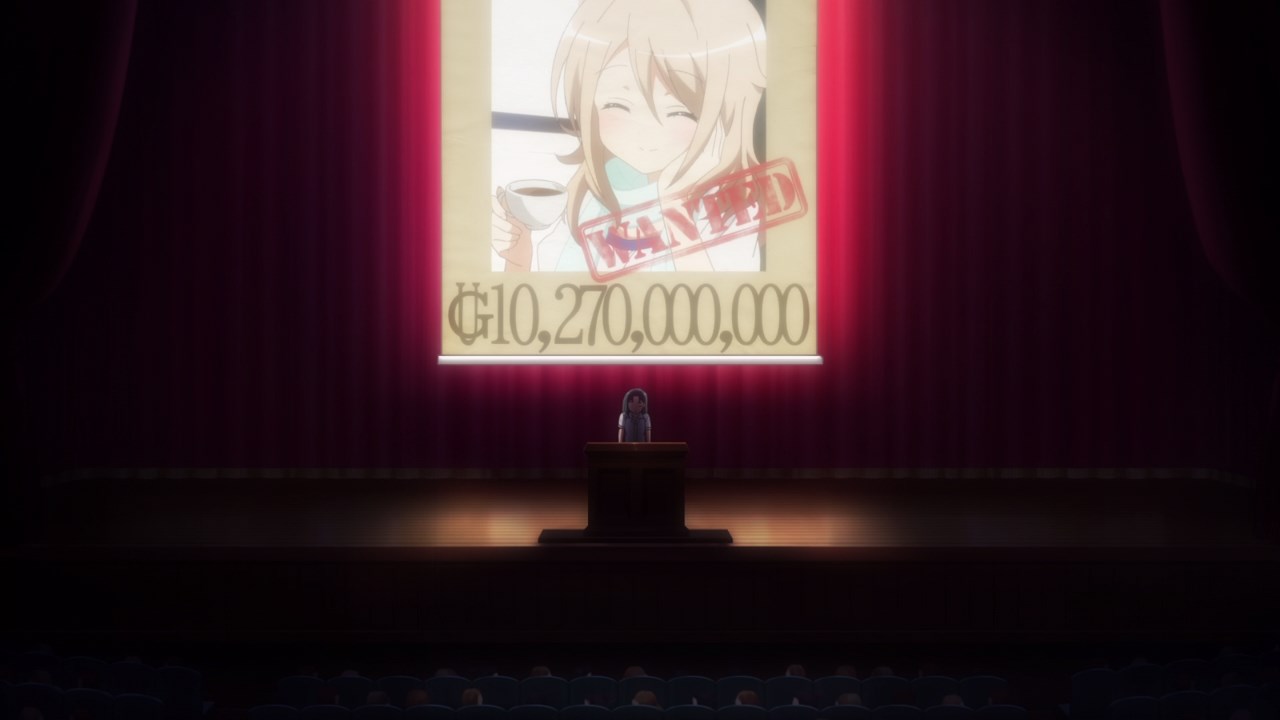 By the way, here’s Rin Mate who is an alumnus of this school and an editor of a certain novelist. 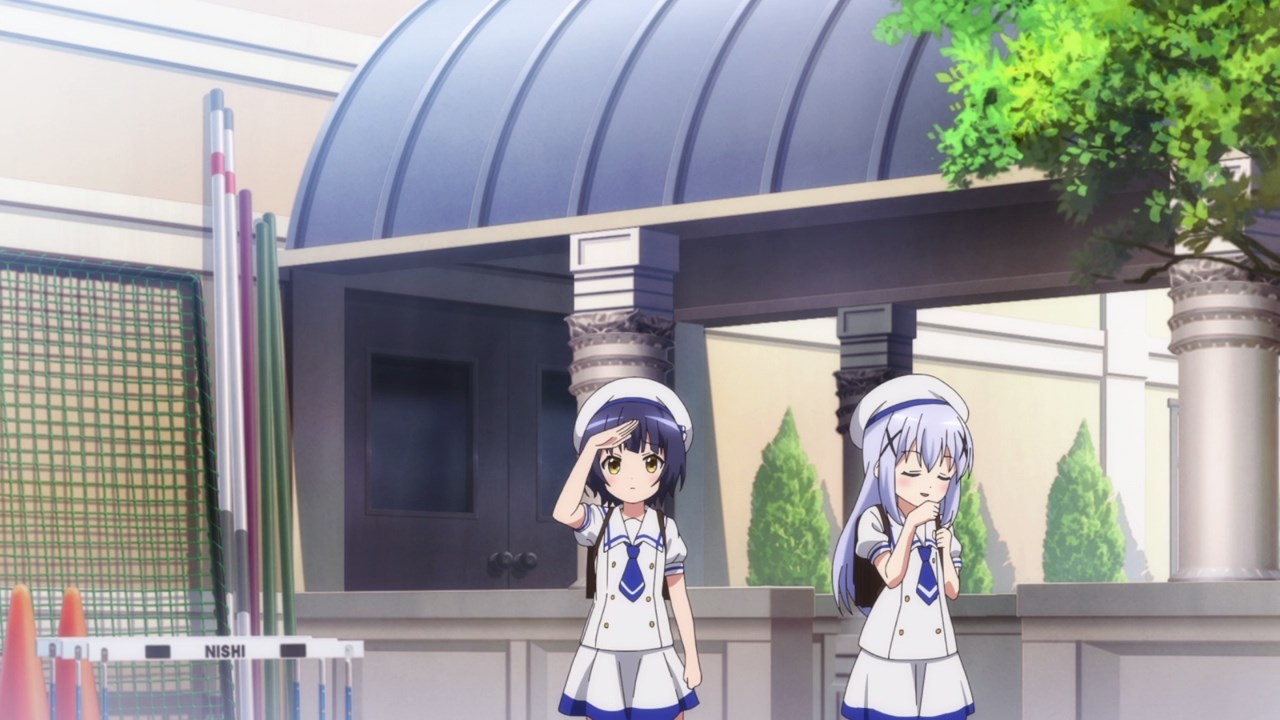 After visiting Cocoa and Chiya’s school, the trio went to a prestigious academy where Sharo Kirima and Rize Tedeza attend there.

On the other hand, Chino Kafuu and Maya Jouga are currently finding Megumi Natsu… or rather they got lost as the academy is pretty big. Now where’s Megu? 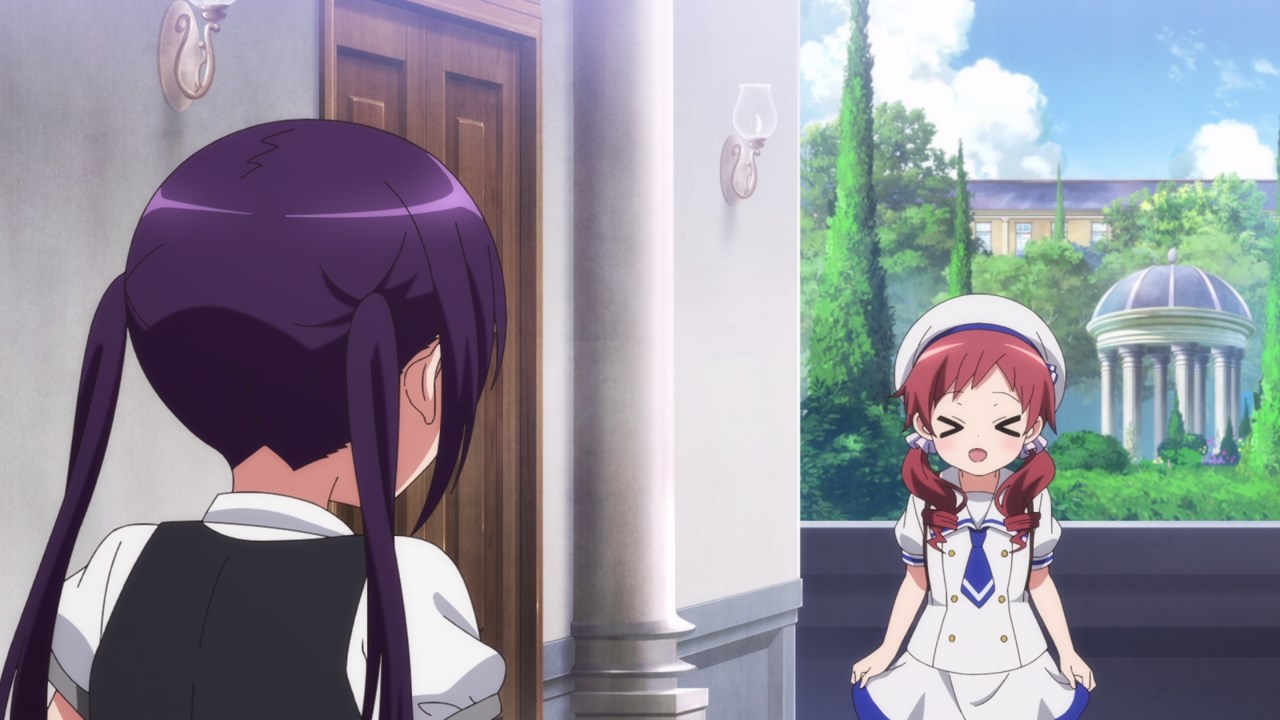 Oh, she stumbled upon Rize Tedeza as Megumi Natsu is greeting her like a lady. Of course, Rize is worried that a faculty staff might boot Megu out. 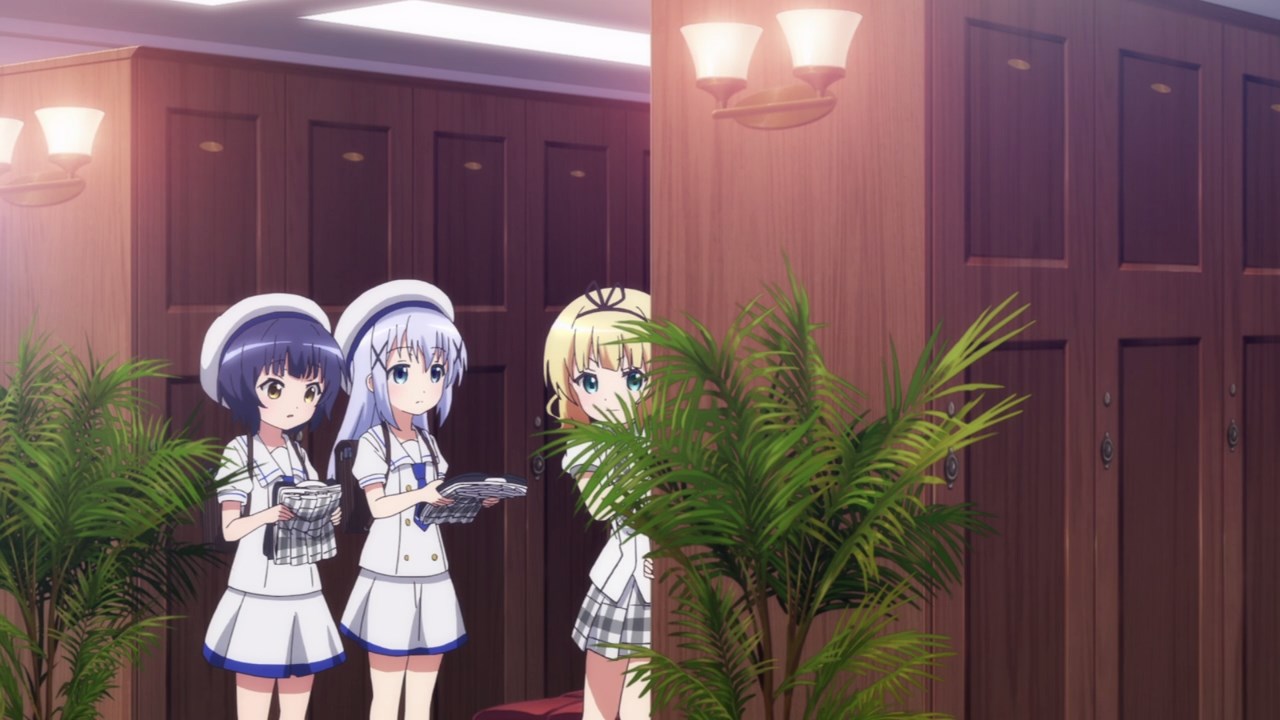 Meanwhile, Sharo Kirima caught both Chino-chan and Maya as she told them to wear a disguise as Sharo is worried that a faculty- Wait, are they’re scared that ChiMaMe Squad is committing a crime? 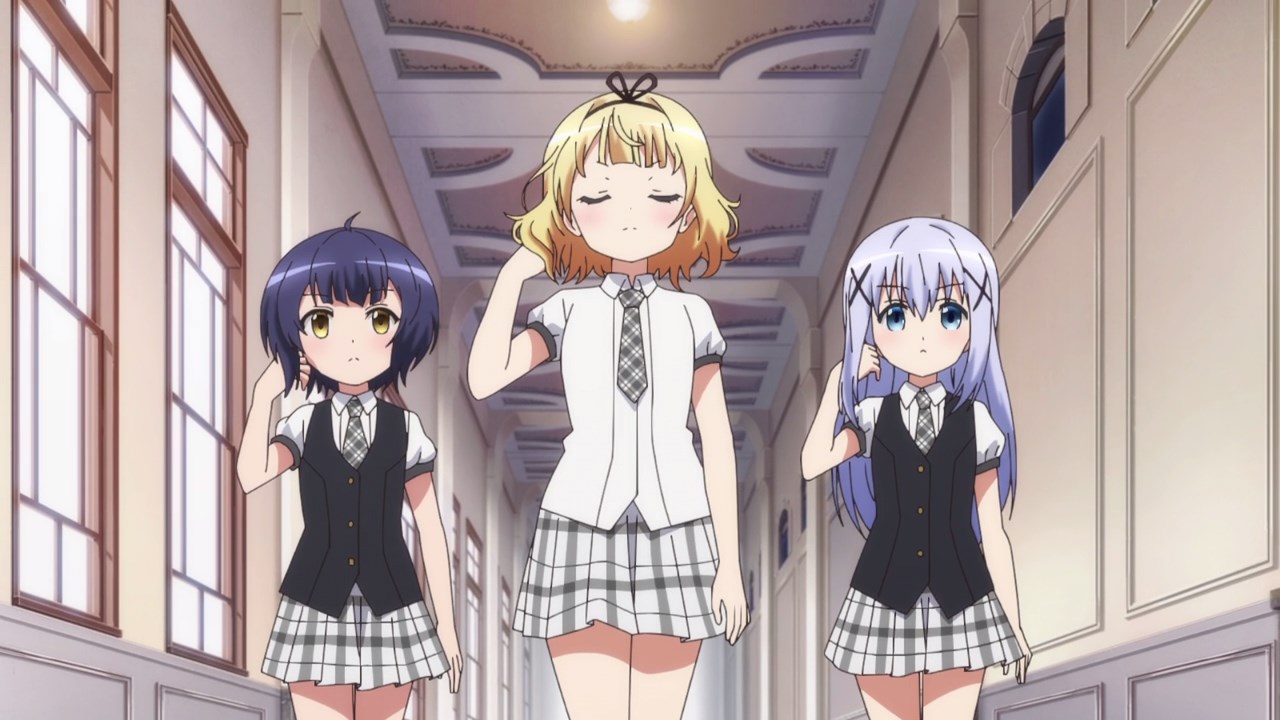 With that said Chino Kafuu and Maya Jouga are now wearing school uniforms and emulate Sharo Kirima’s mannerism. Um girls, you don’t need to act like ladies all the time. 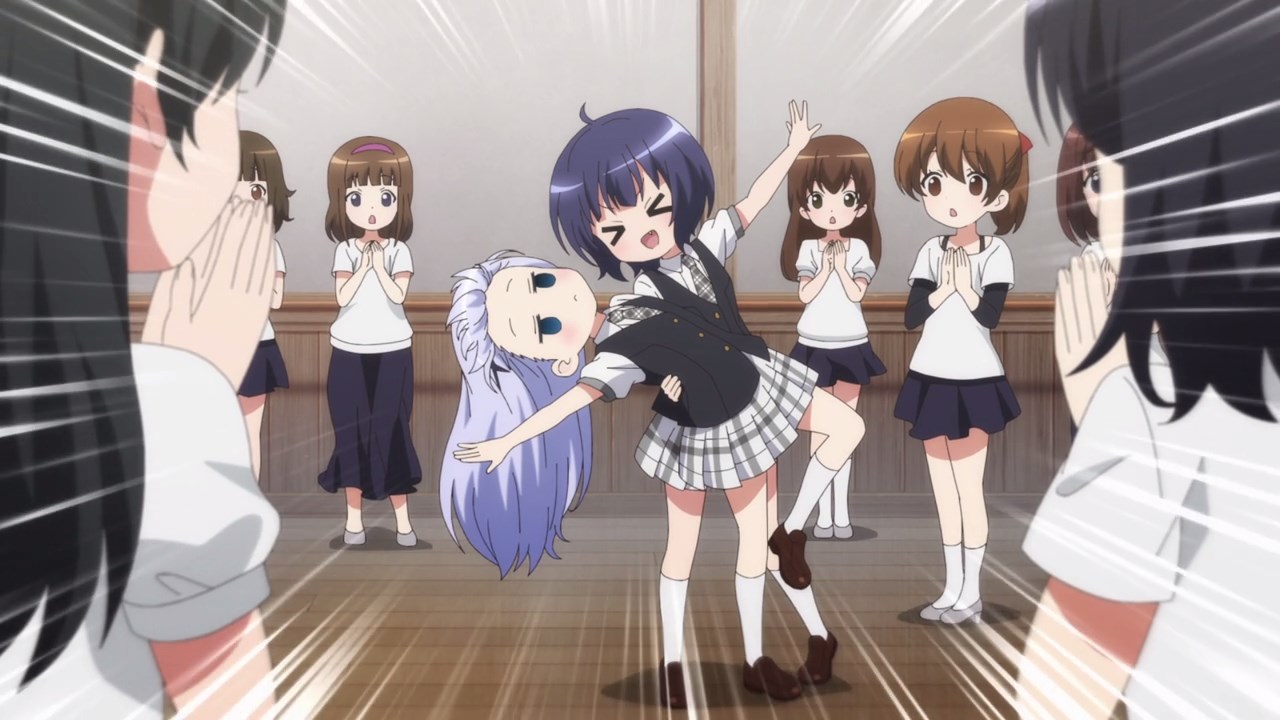 Oh yes and it appears that Chino and Maya are having a good time at the academy as the participate in club activities, like this ballroom dance club where they’re hitting the floor in style.

Still, I think they should find Megumi Natsu right now as they can’t leave the academy without their friend. 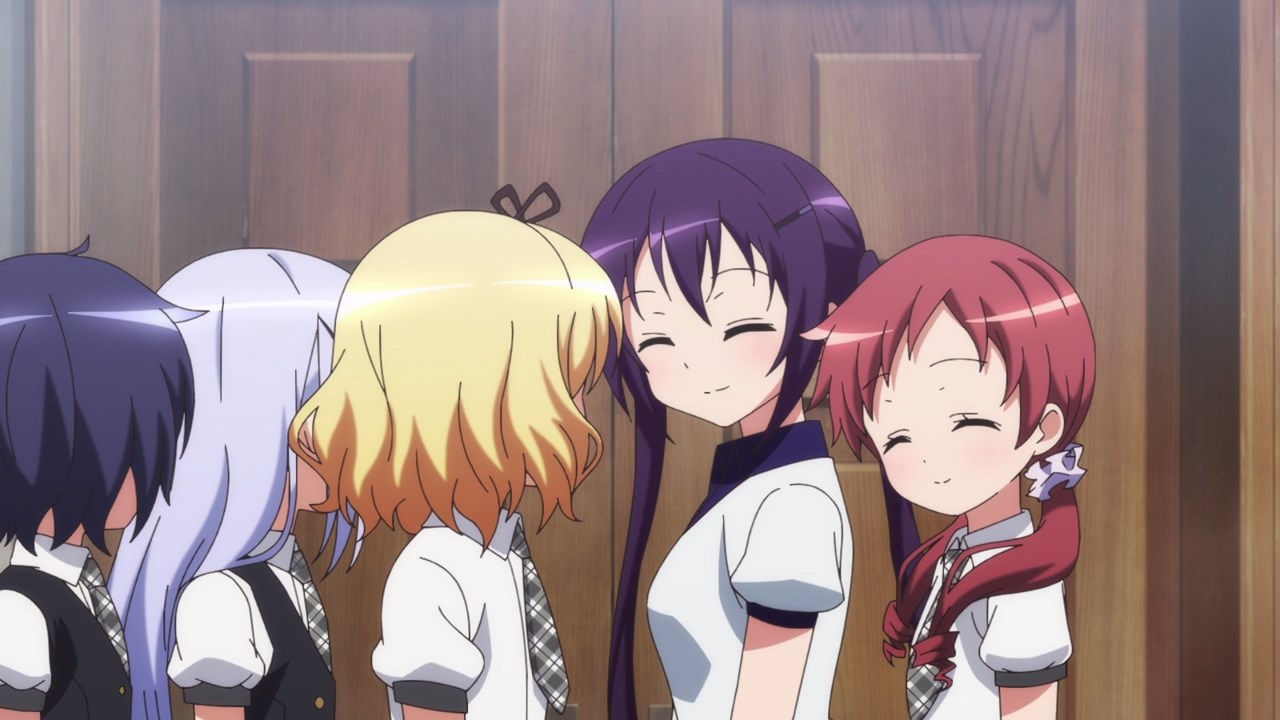 Fortunately, they stumbled upon Megu-chan where she’s being accompanied by Rize-san. Well, glad that Cocoa and Maya have finally found their friend! 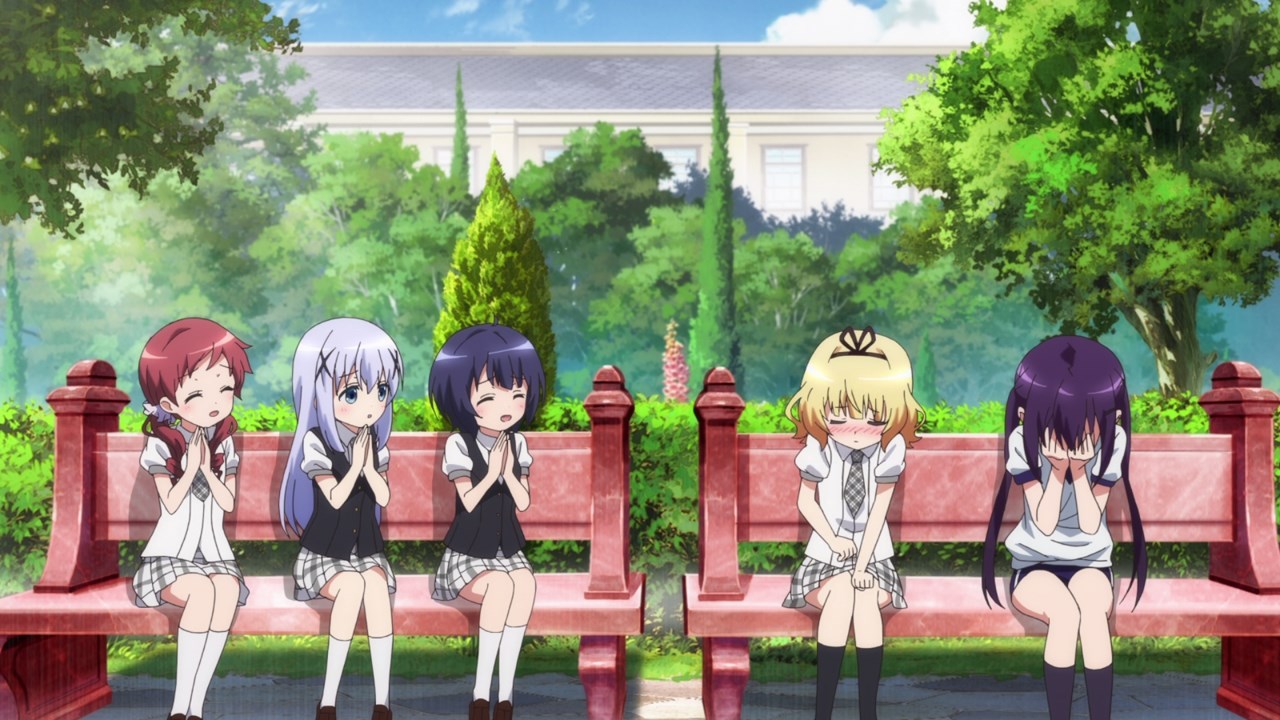 On the other hand, both Sharo and Rize made a fool of themselves as they learned that the trio got a pass to visit their academy. But hey, all’s well that ends well for this episode! 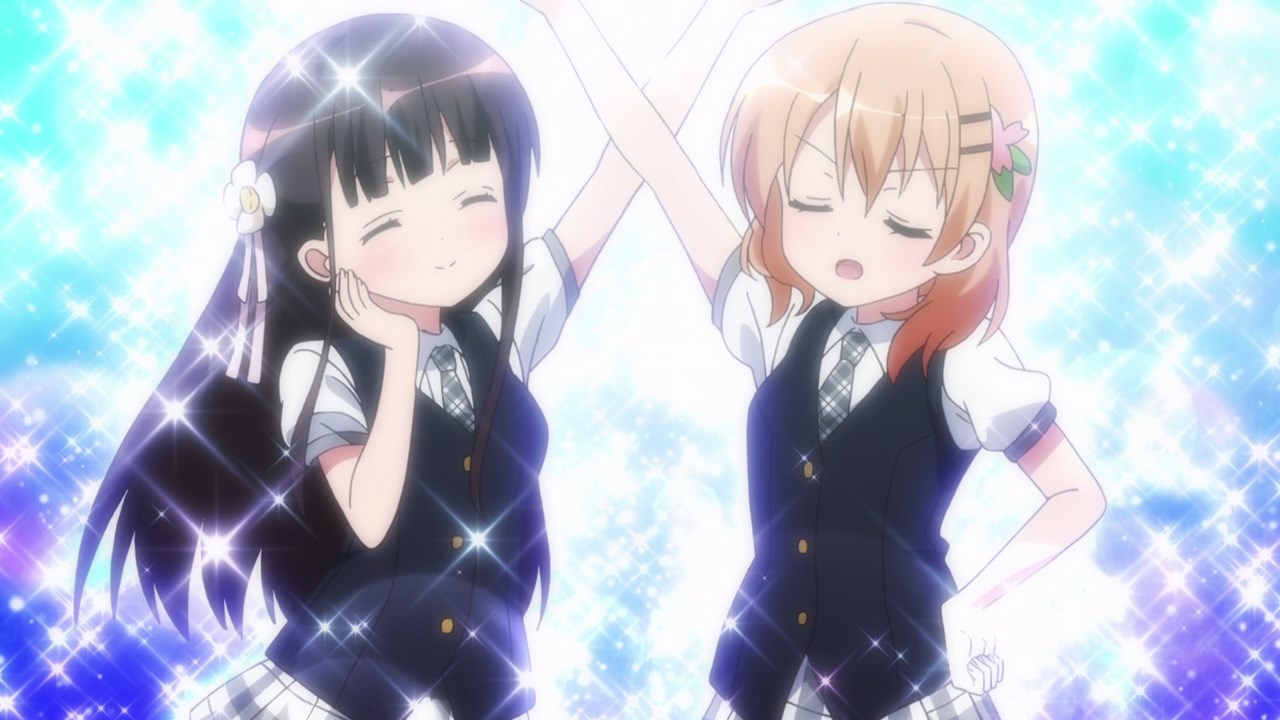 Well actually, we have Cocoa Hoto and Chiya Ujimatsu where they’re wearing the same school uniform as Sharo and Rize. Oh, and they got those uniforms from the garment club. 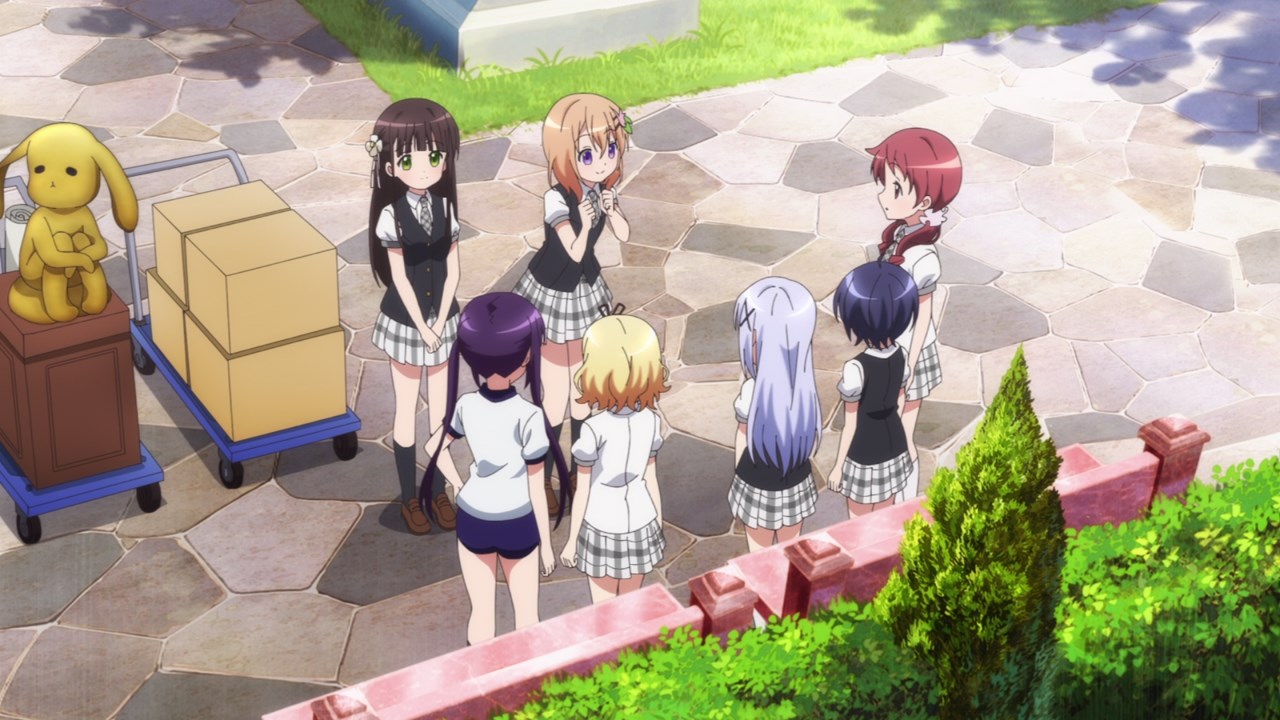 Anyways, that’s about it for this episode but you know something, I think the ChiMaMe Squad has finally decided on which school they’ll attend to after middle school.