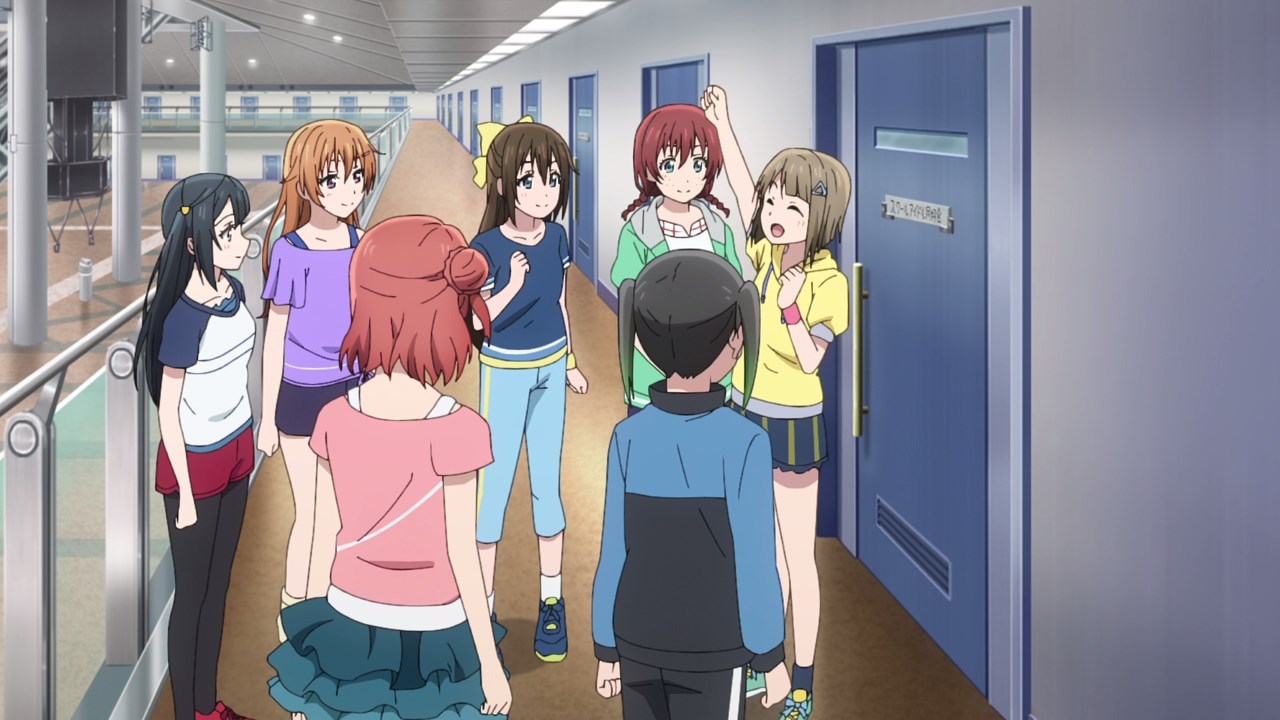 Well everyone, looks like the school idol club is finally back. It’s all thanks to the student council president for reinstating the club as it now has 7 members. 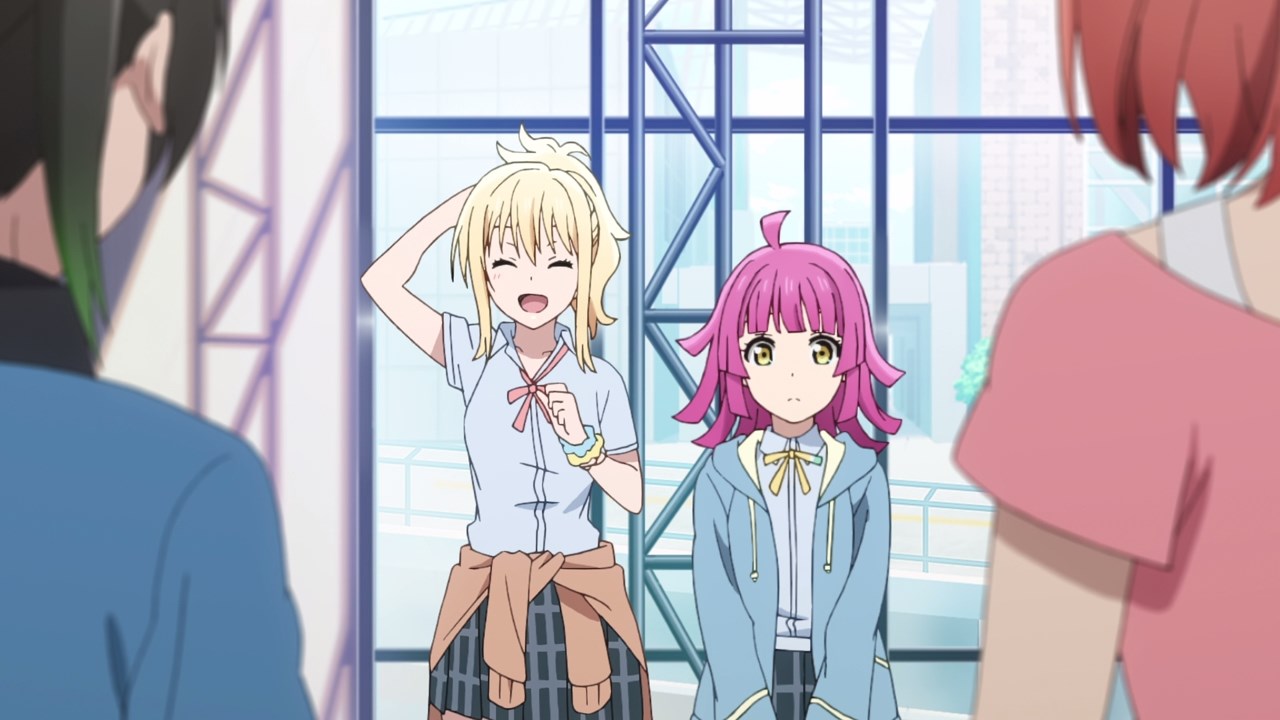 Oh yes, and 2 new members will join the club as Ai Miyashita and Rina Tennouji are interested on becoming school idols. C’mon, they watched Setsuna Yuki’s performance from the previous episode after all. 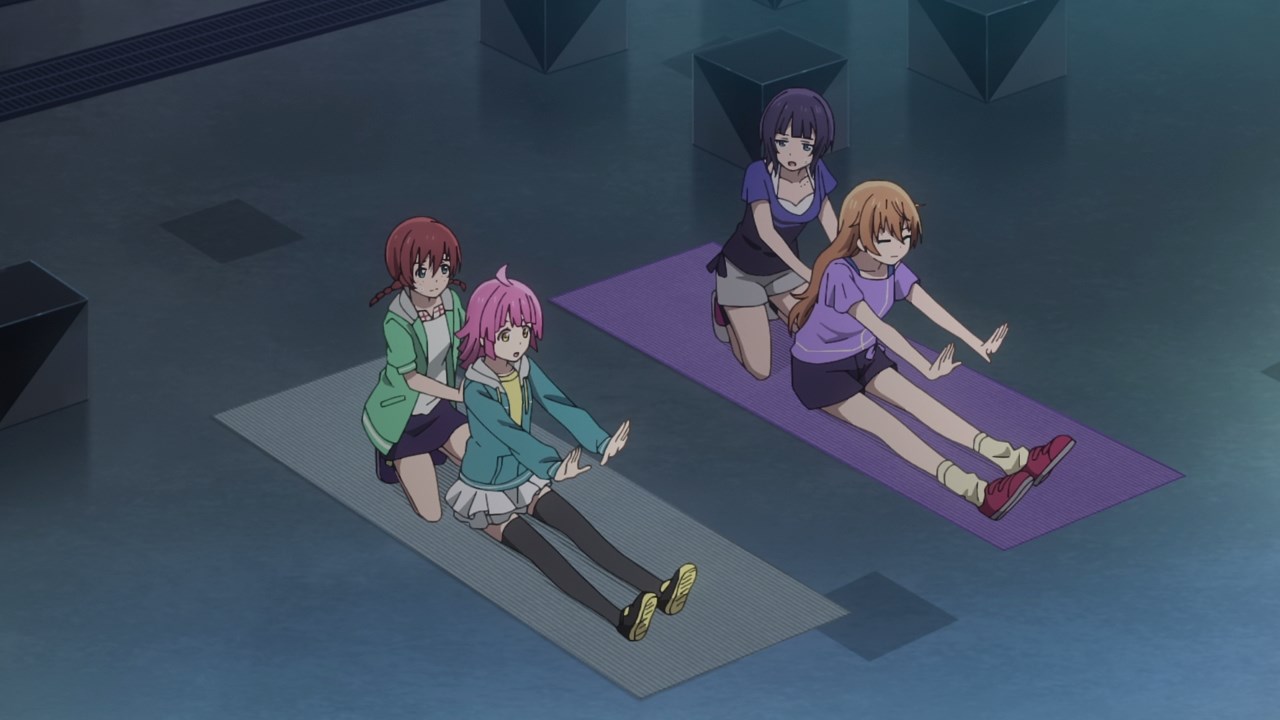 By the way, Karin Asaka is here but she’s not gonna join the school idol club because she’s just helping her friend Emma Verde, although Karin is okay on helping them when it comes to stretching exercises.

Then again, both Kanata Konoe and Rina Tennouji are not as flexible as the rest of the group. 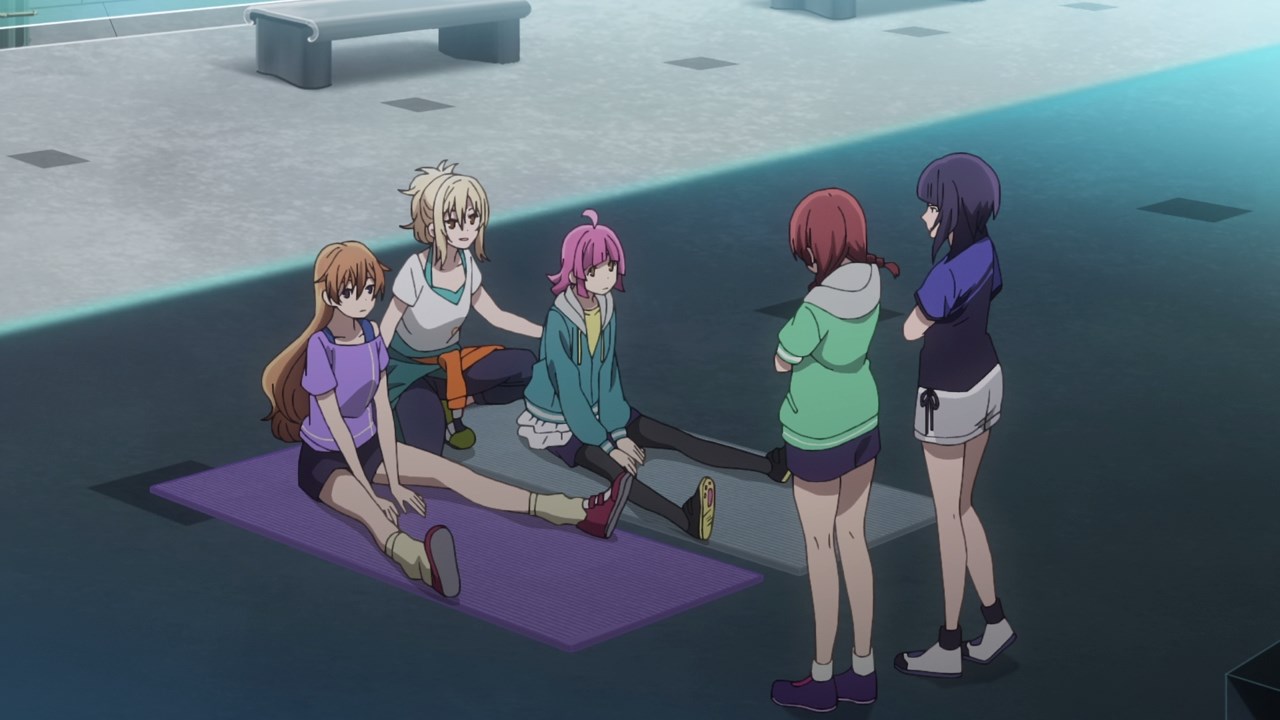 Of course, there’s Ai Miyashita where she’ll help them out as she’ll gently push their backs until Kanata and Rina can bend their bodies. 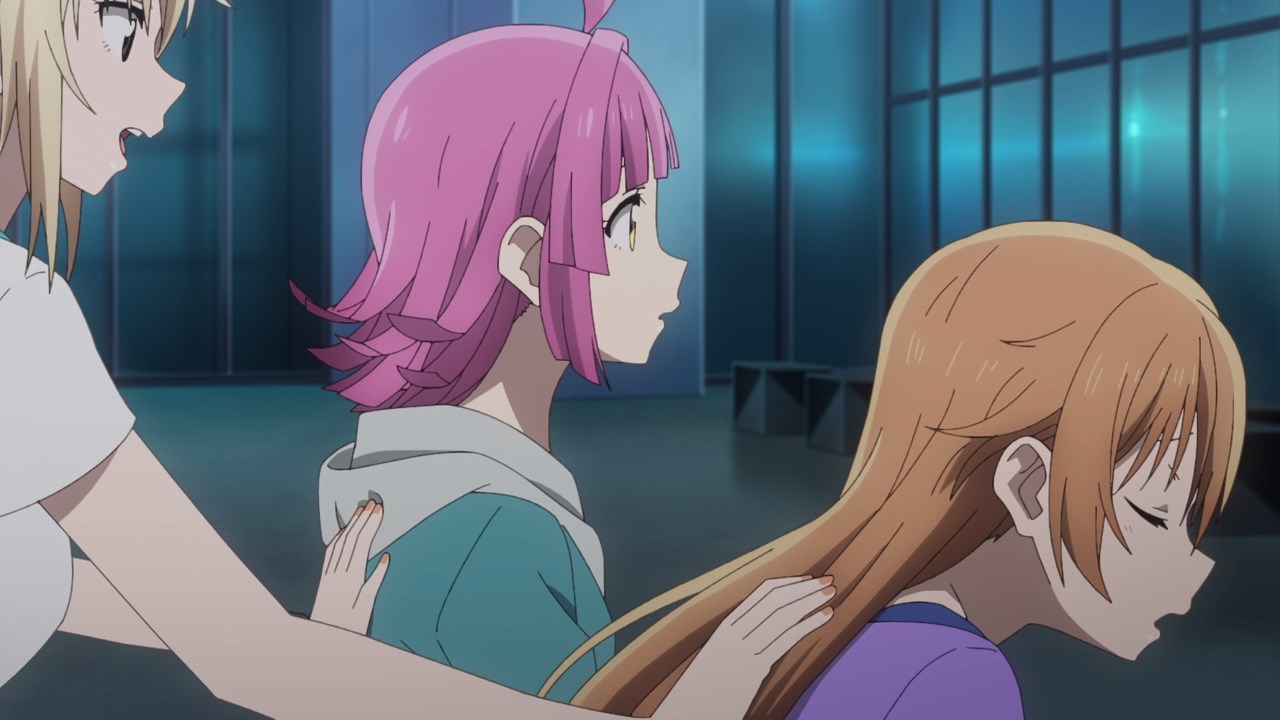 Well, I have to say that Ai-chan is a team player and here’s the thing though as she’s known for helping out various clubs, although it bugs me why Miyashita didn’t stick to one club after helping them out. 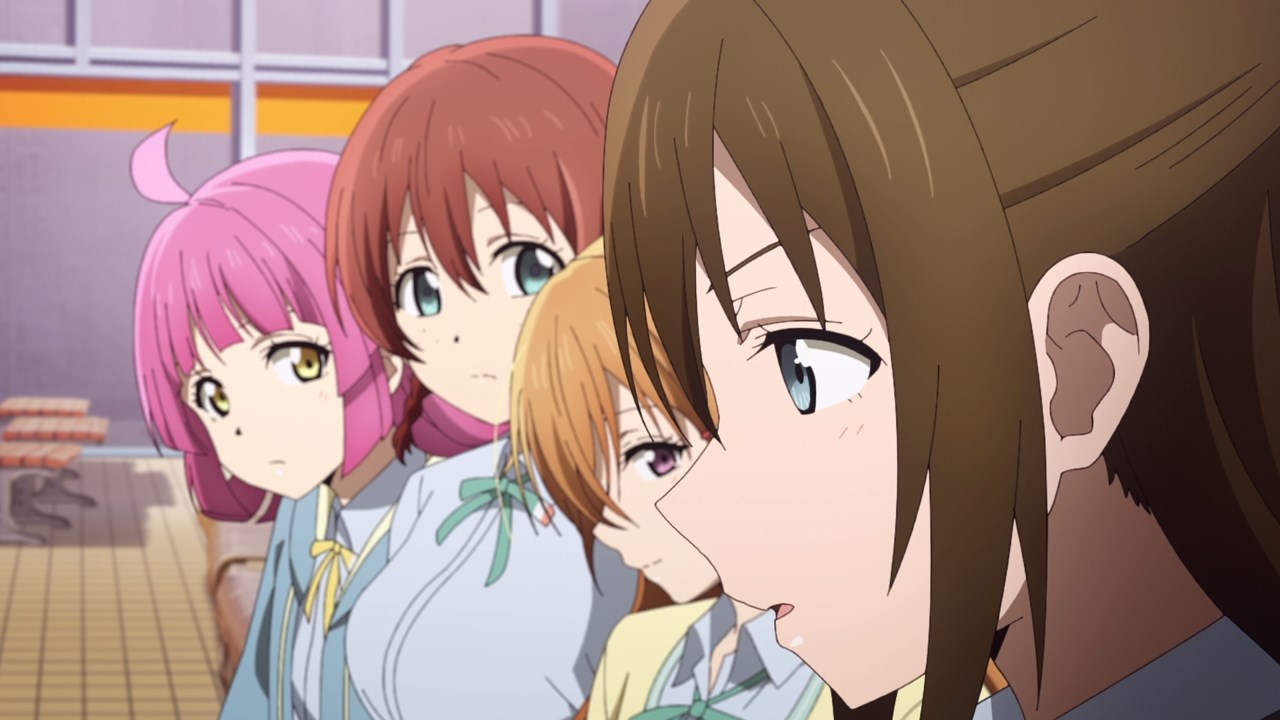 Oh and one more thing, school idols isn’t just a team effort but also shows the individuality of its members, as Shizuku Osaka told Ai Miyashita that there will be solo performances in addition to group performances. Hmm, I wonder if Ai-chan can do a solo live much like Setsuna Yuki?

Speaking of Shizuku Osaka, is she still committed to the drama club? I mean, her drama club captain still expects Shizuku to become the top star. Anyways, I think we’ll focus on Shizuku Osaka in a future episode. 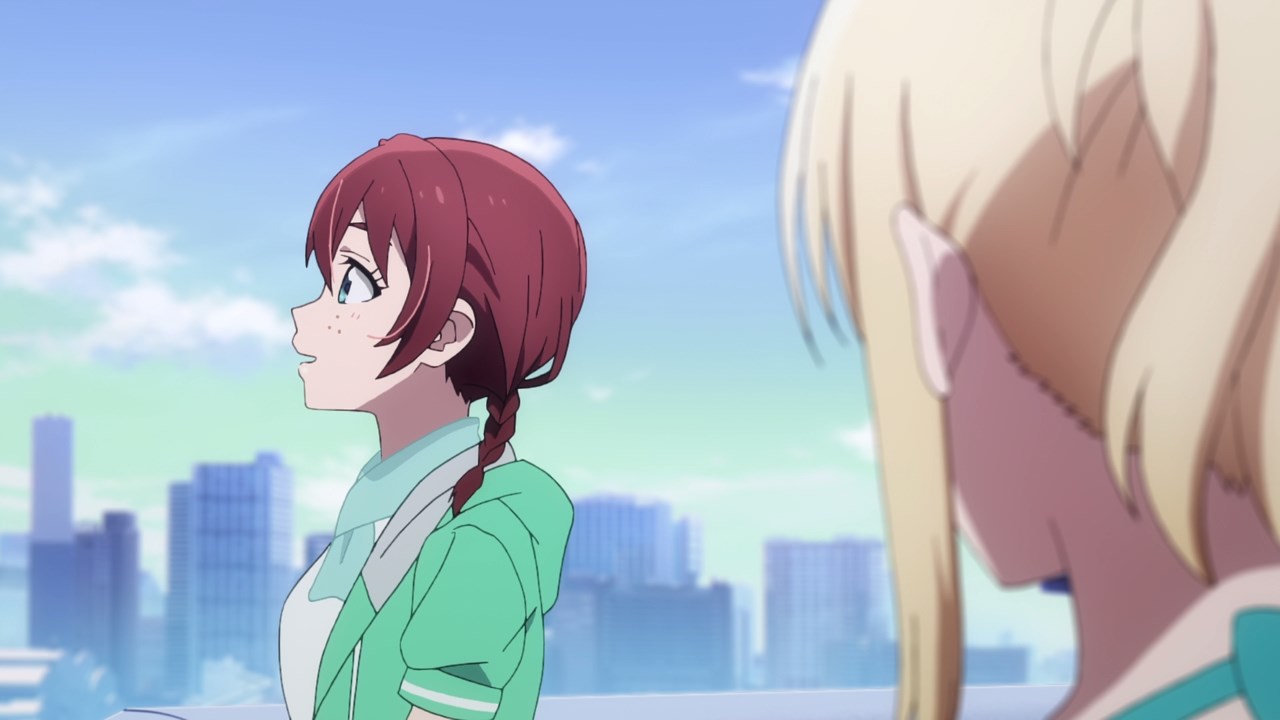 Right now, let’s talk about Ai Miyashita and while I expect Yuu Takasaki to change her life, it was Emma Verde who told Ai-chan that it’s important to express one’s self during a performance.

Oh yeah, and Emma is happy that Ai-chan is having fun being a member of the school idol club as she brings happiness within the group. 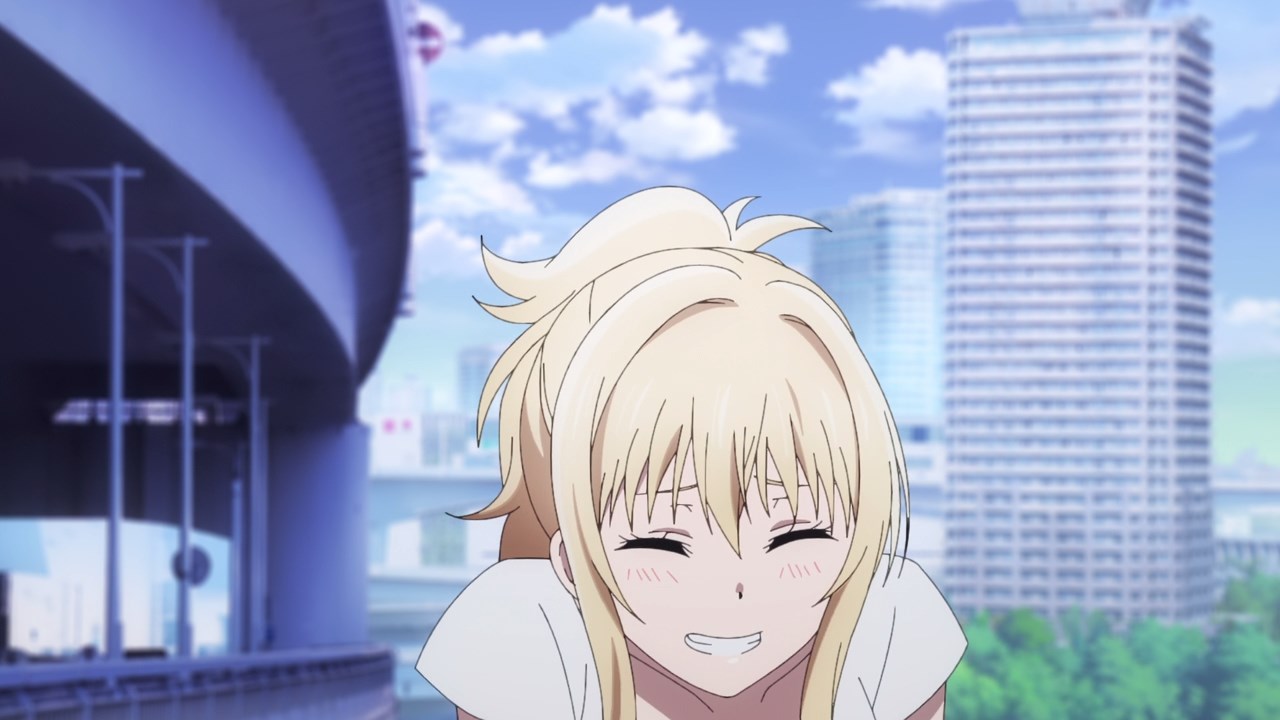 Also, Emma made a pun in which Ai-chan is laughing right now. I guess she’s fond with various puns which is why Miyashita loves to inject puns when talking to people. 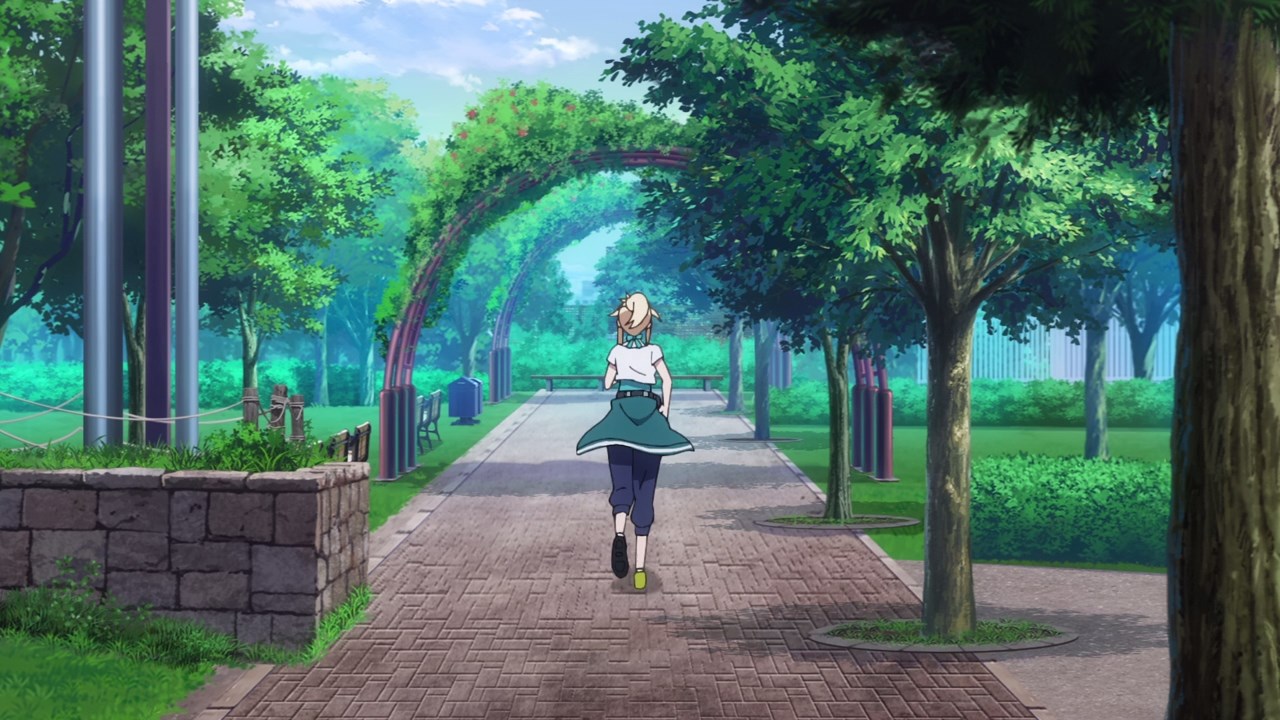 With that said, looks like Ai Miyashita went to the park for her solo performance. Oh I hope they notice her! 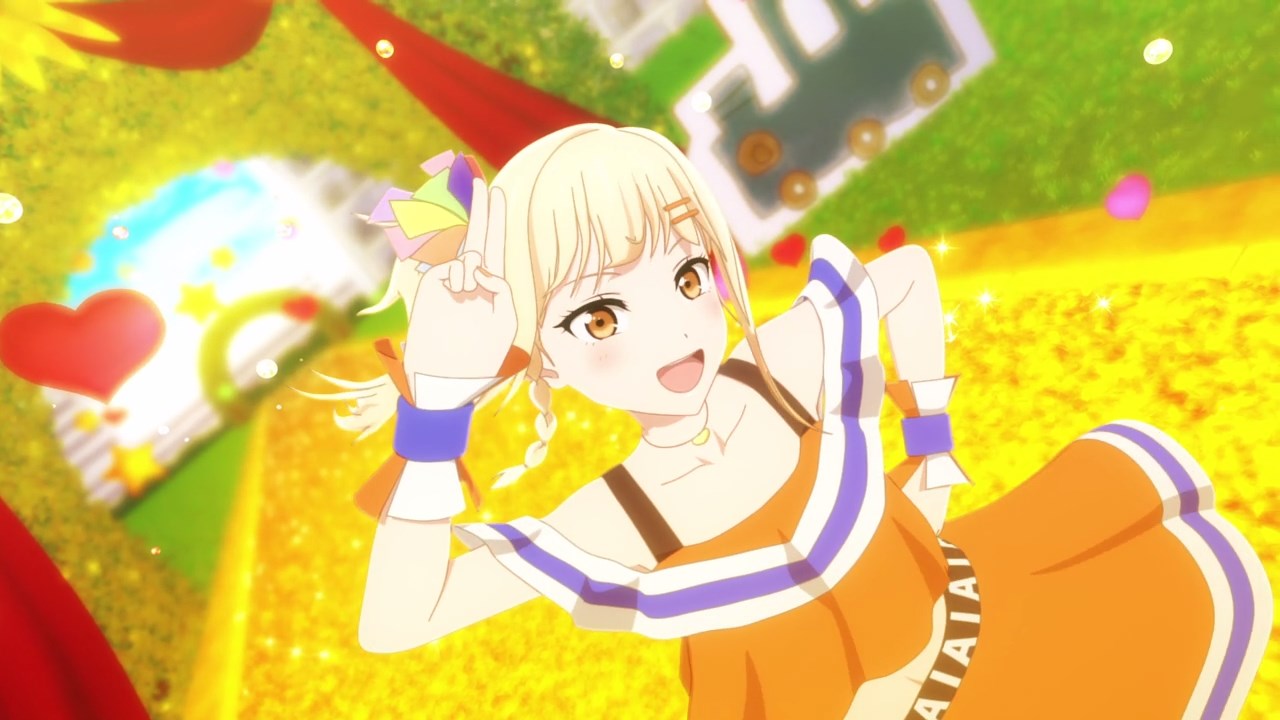 But as you can see, Ai-chan sings and dances like a cheerleader. Wait, her costume looks like one.

Anyways, I have to say that Ai Miyashita puts out an exciting performance! 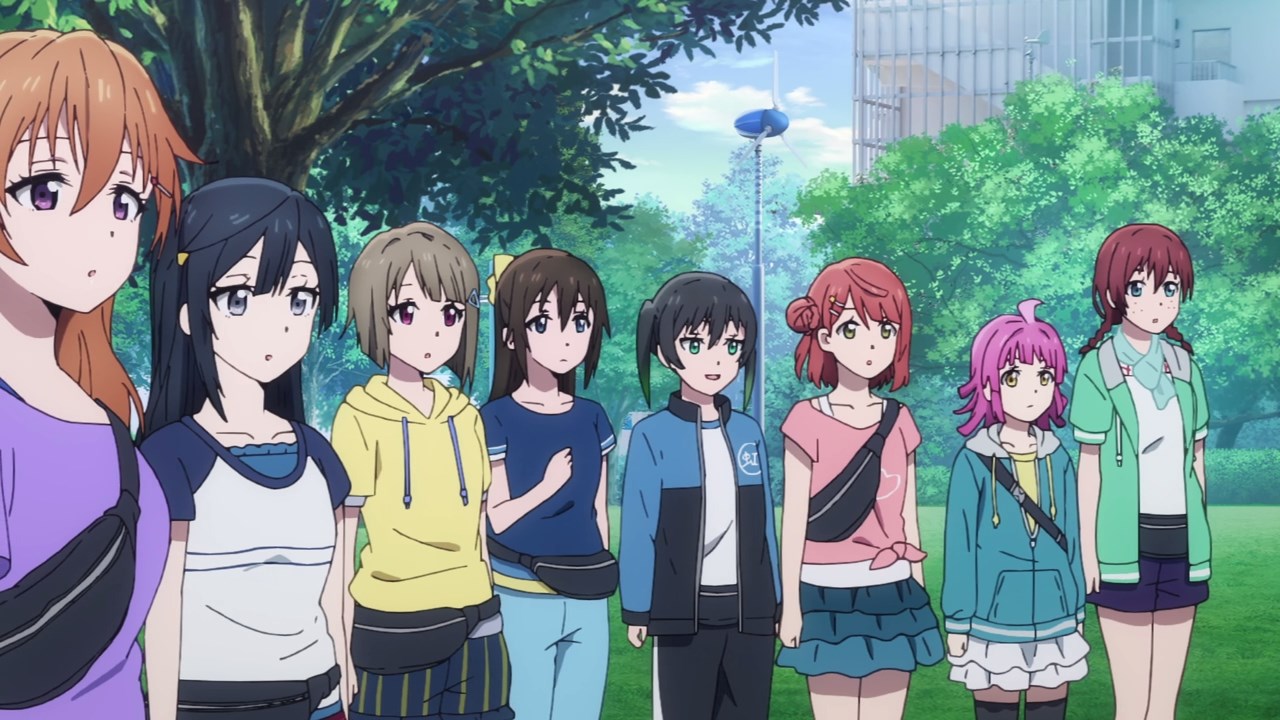 Meanwhile, Yuu Takasaki and the rest are here as they’ve watched Ai’s energetic impromptu live and they’re really impressed by it. 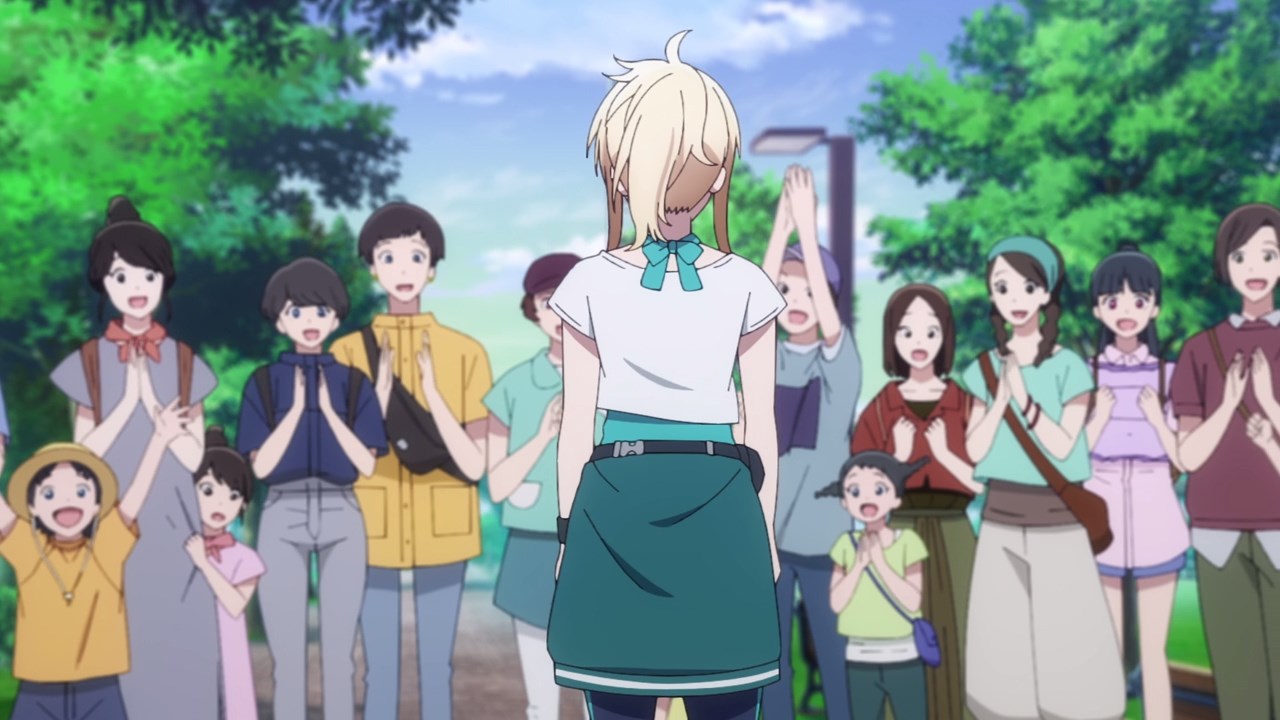 And one more thing, everyone watches her solo live and they’re truly happy to see Ai-chan’s performance. Looks like Miyashita is truly belonged to the school idol club. 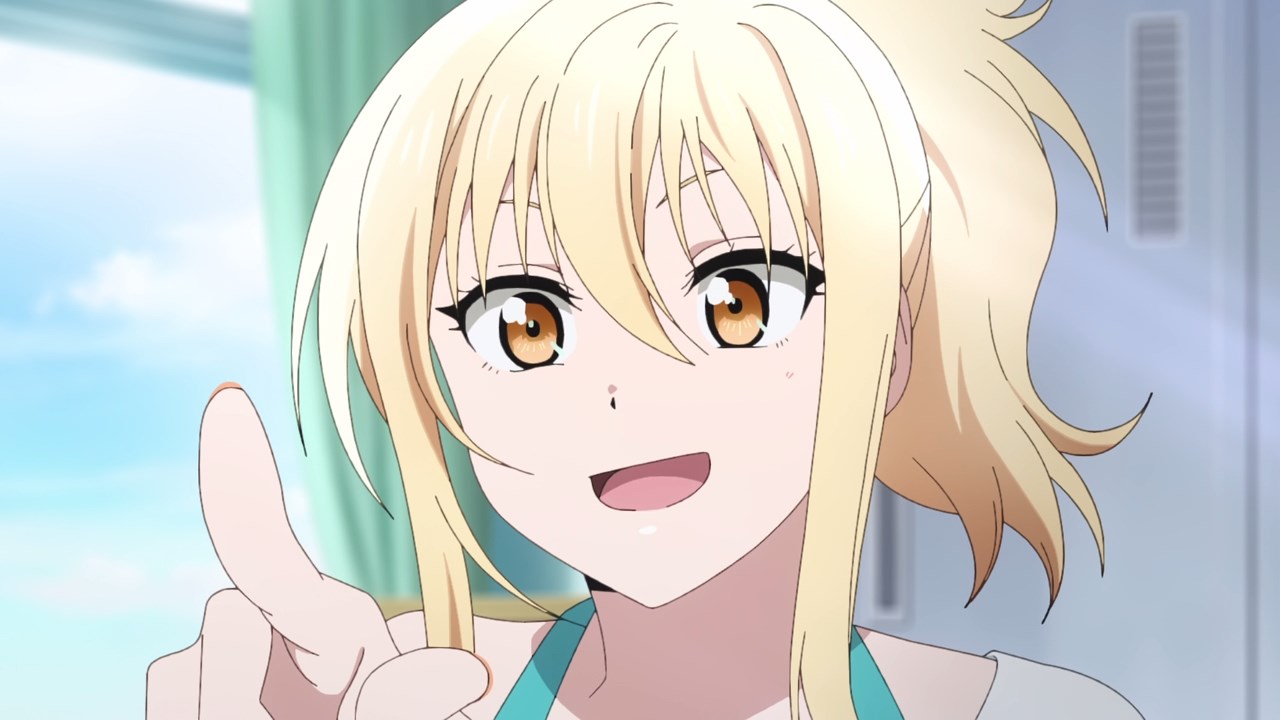 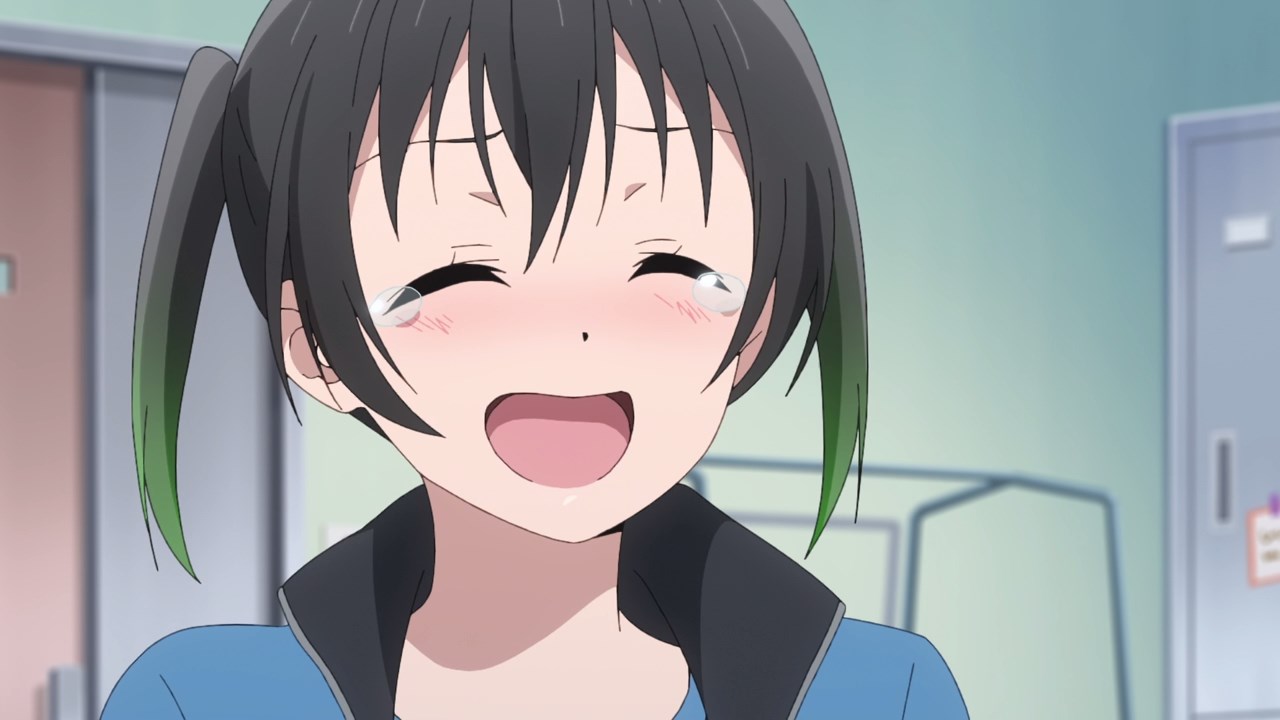 Oh and just before we go, here’s Ai Miyashita making a punny joke on Yuu Takasaki in which she’s laughing so hard. Then again, I suck at making puns!

Now then, I’ll see you next time where Emma Verde will be the main focus. Of course, I’m worried about Emma in which she might be homesick.