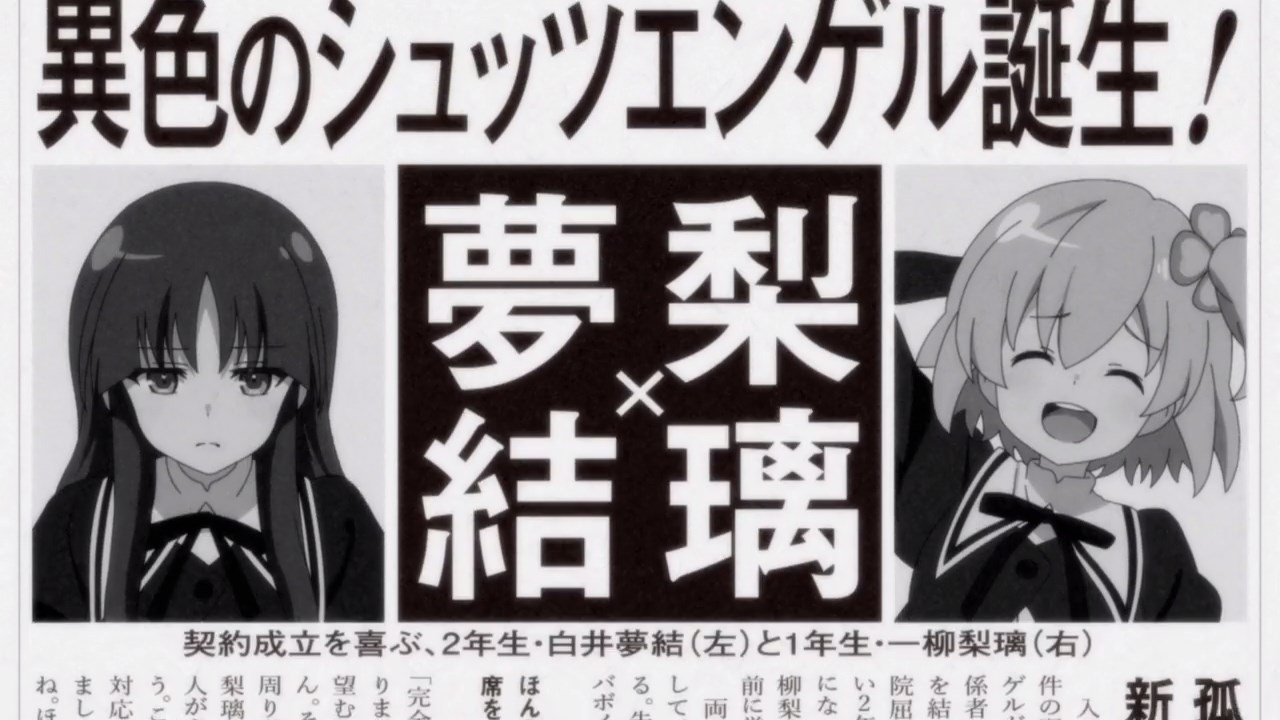 Oh look what we have here, it appears that the Weekly Lily News has published an article about the pairing between Yuyu Shirai and Riri Hitotsuyanagi.

Hence, everyone called their pairing as “YuRi” which is taken from their respective given names. And seriously, isn’t it fitting? 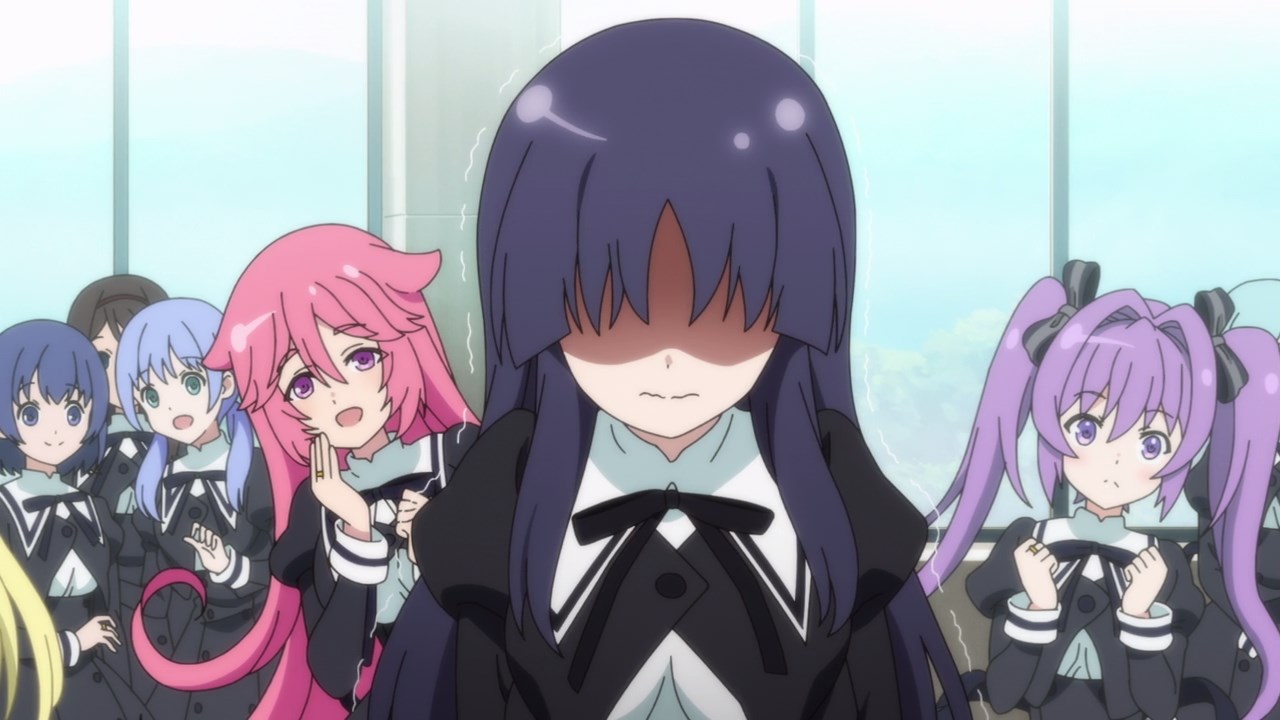 Of course, Yuyu Shirai is not amused as it’s very embarrassing for her. Well, Yuyu-sempai accepted Riri as her Schild so she needs to deal with it. 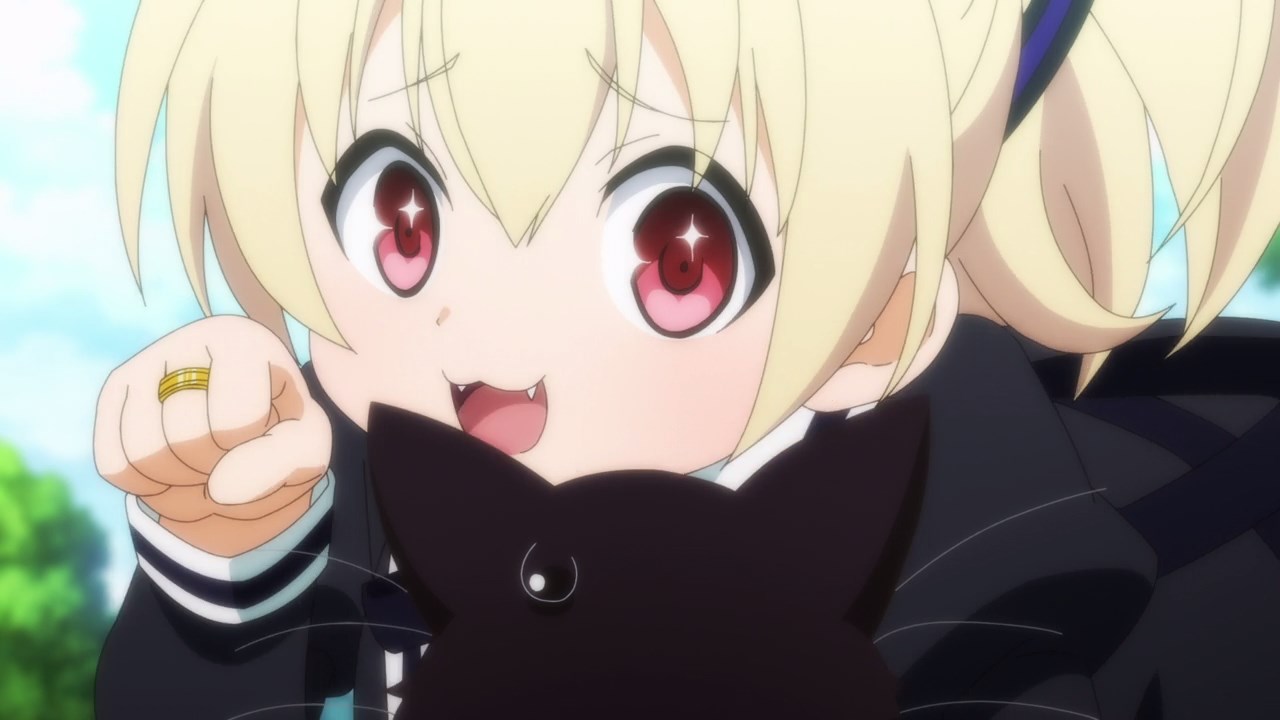 Now then, it’s time for Riri Hitotsuyanagi to join or form a legion which consists of 9 Lilies, although forming one from scratch is very hard especially when Hitotsuyanagi is a newcomer who happened to be paired up with one of the strongest Lily in Yurigaoka Girls’ Academy.

Anyways, this is Tazusa Andou where despite having a mean expression, she loves cute things like cats for example. I don’t know if Tazusa is worthy of joining a legion. 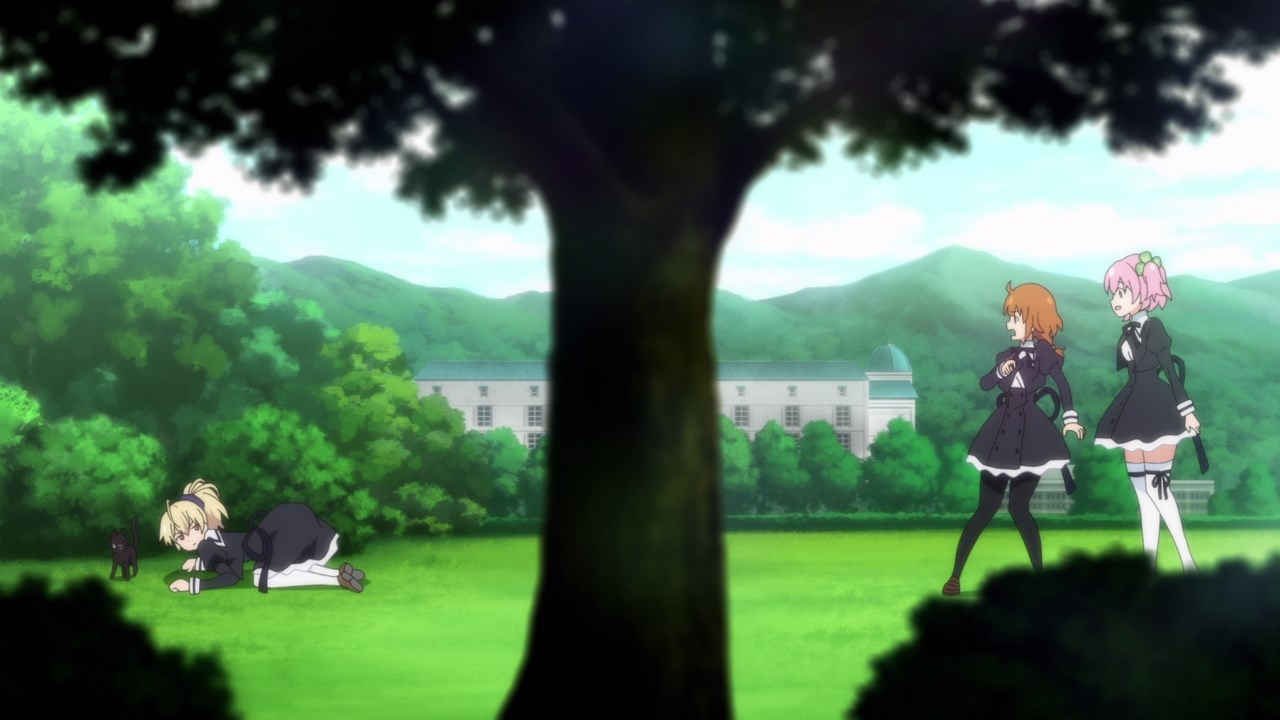 Of course, Riri Hitotsuyanagi is interested on recruiting Tazusa Andou, but Fumi Futagawa told her not to because Tazusa is a dangerous Lily. 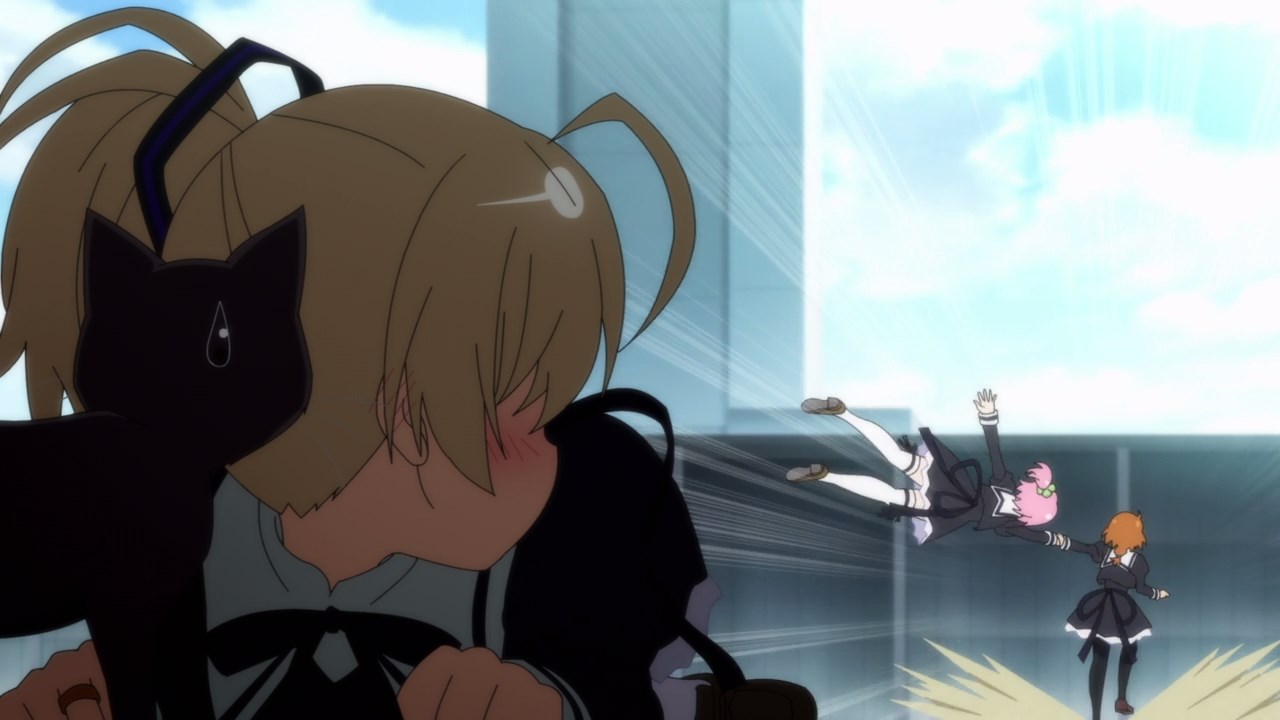 Thus, Fumi took Riri’s hand and ran away. Of course, they’ll eventually recruit Tazusa down the line unless she joined another legion. 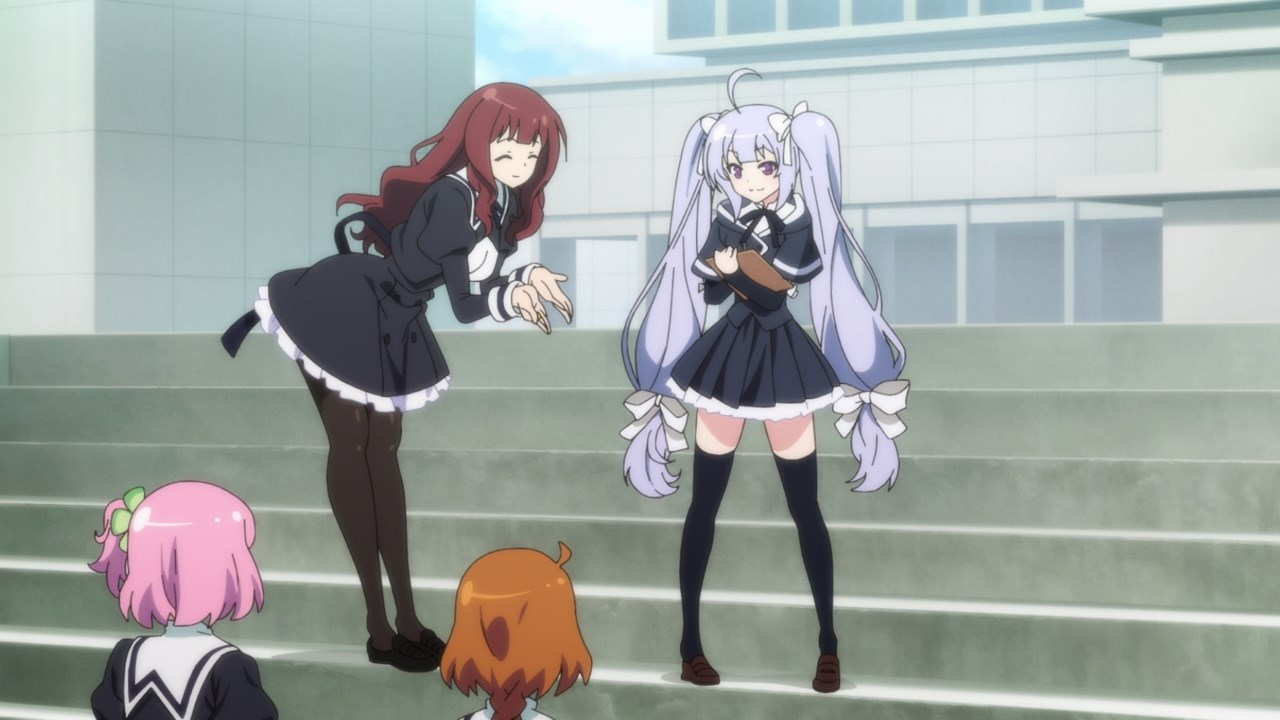 On the other hand, seems that Riri Hitotsuyanagi’s legion got some new members with Kaede Johan Nouvelle and Miriam Hildegard von Globius joining in.

Oh, and let’s not forget Fumi Futagawa and Yuyu Shirai as they considered as part of Riri’s legion. This means that the legion now has 5 members, but Riri needs more. 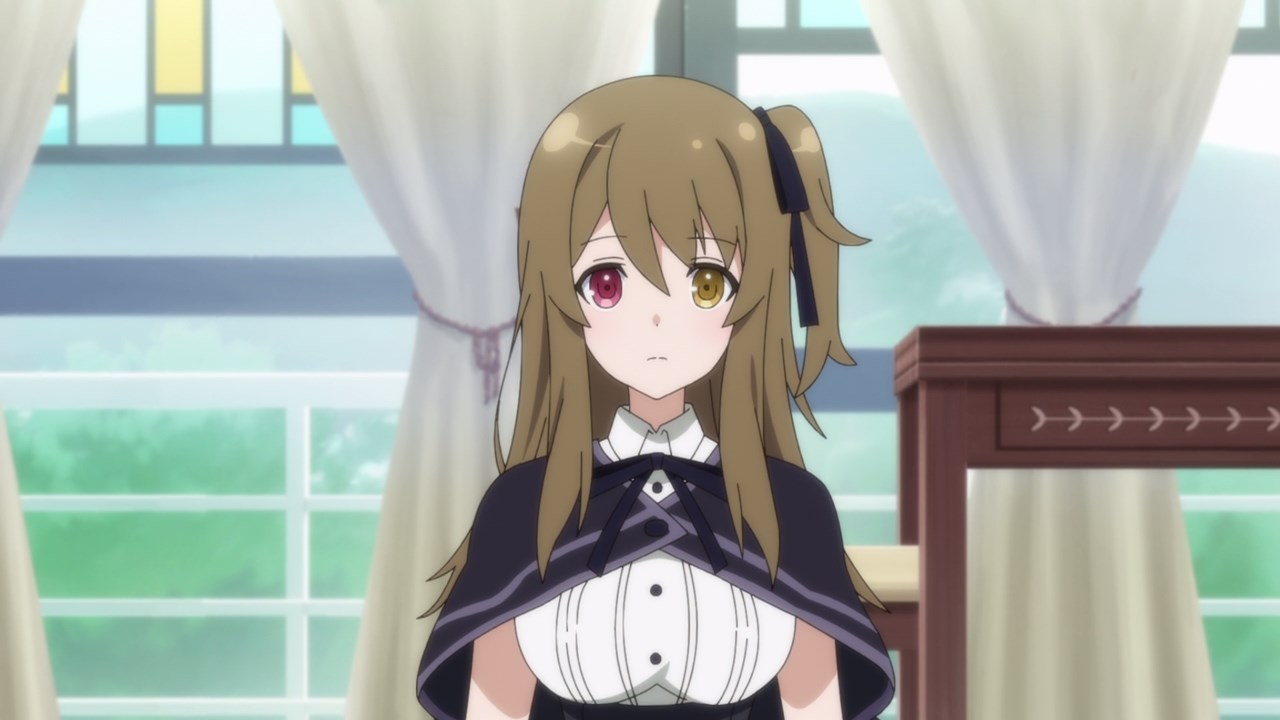 So, they went to recruit Kuo Shenlin where she agreed to join Riri’s legion. Of course, Shenlin has a roommate who hasn’t joined a legion yet. 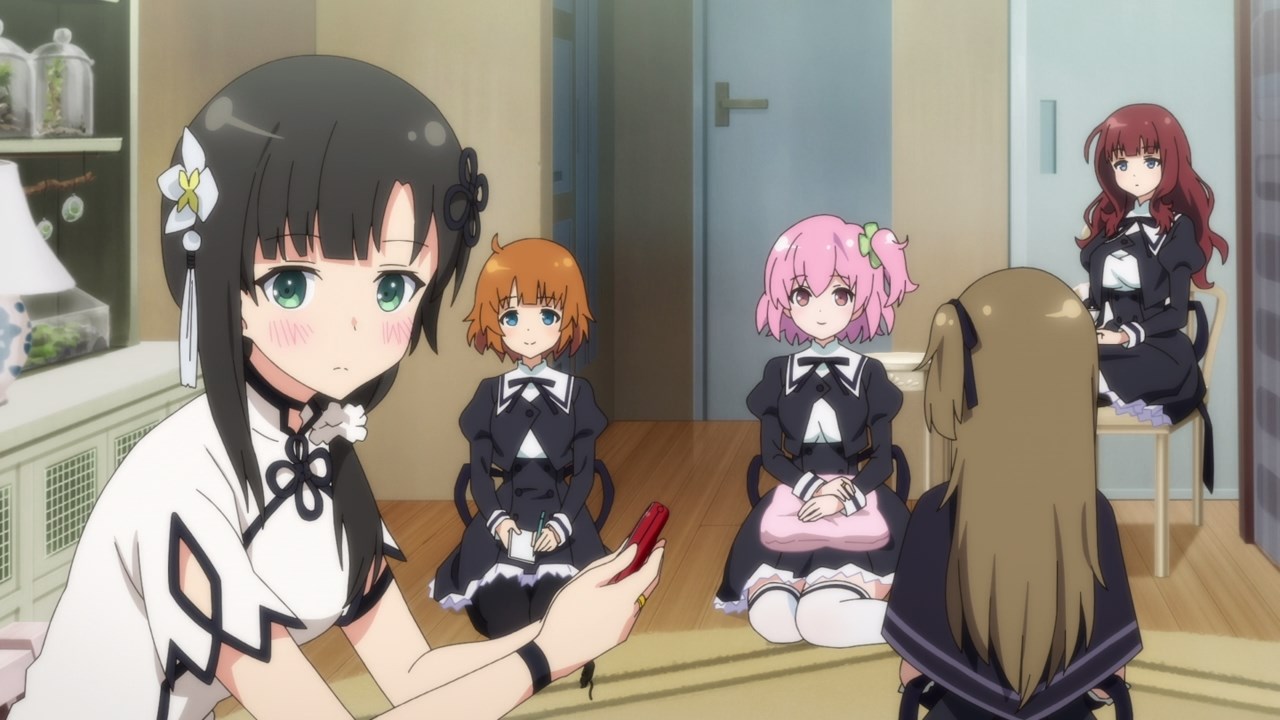 This is Wang Yujia where her family is known for producing Lilies, some are stationed in Finland where they’re fighting HUGEs on a daily basis.

Unfortunately, Yujia is not interested on joining a legion because she’s very nervous when it comes to fighting against HUGEs, despite the fact that her Rare Skill can see targets at long distances. 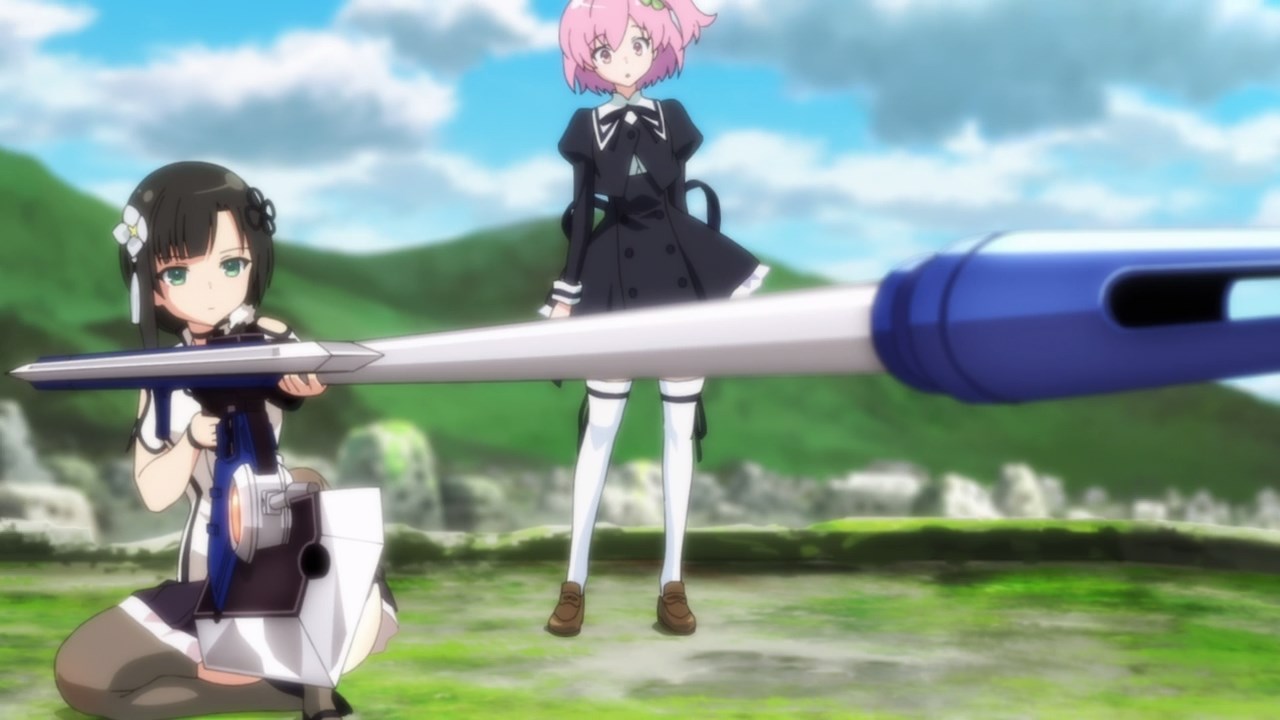 However, Kuo Shenlin doesn’t want Wang Yujia’s talent go to waste as she asked her roommate for a challenge where Yujia will use her sniper skills to hit Shenlin with a rough distance of 1,000 meters.

Oh yeah, and Shenlin must shoot her roommate 10 times in rough conditions which includes high gusts of wind. 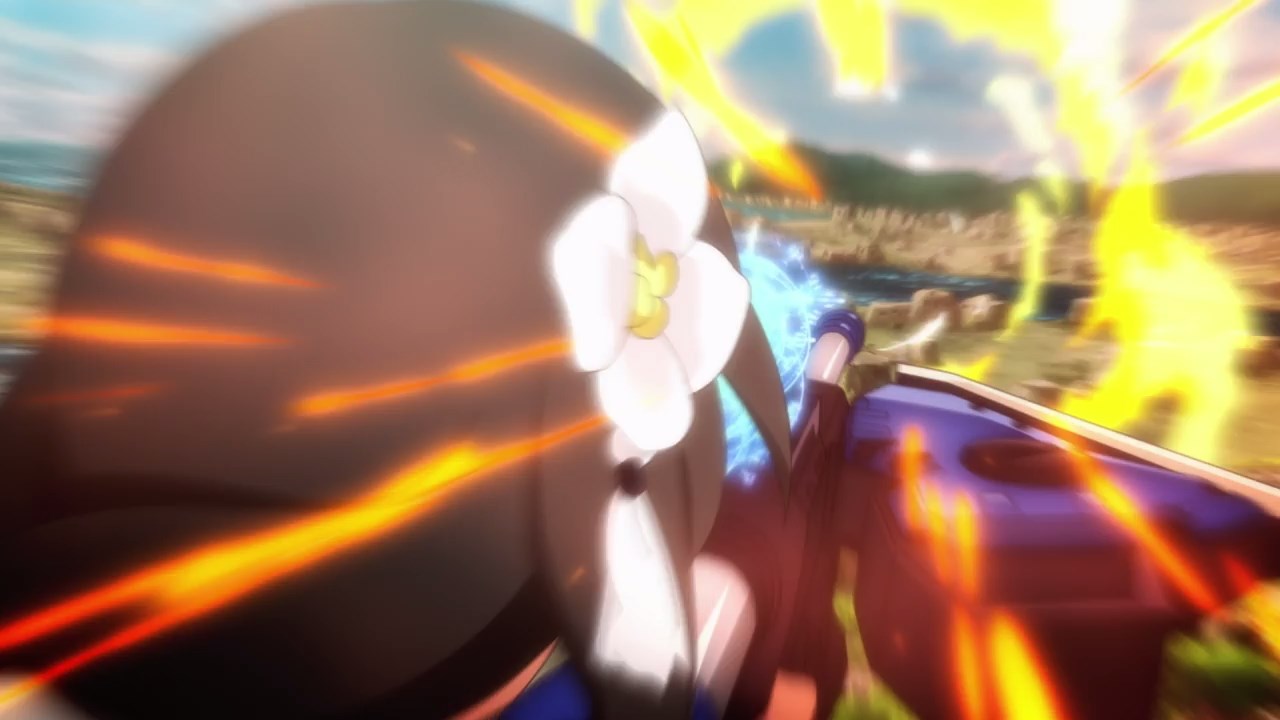 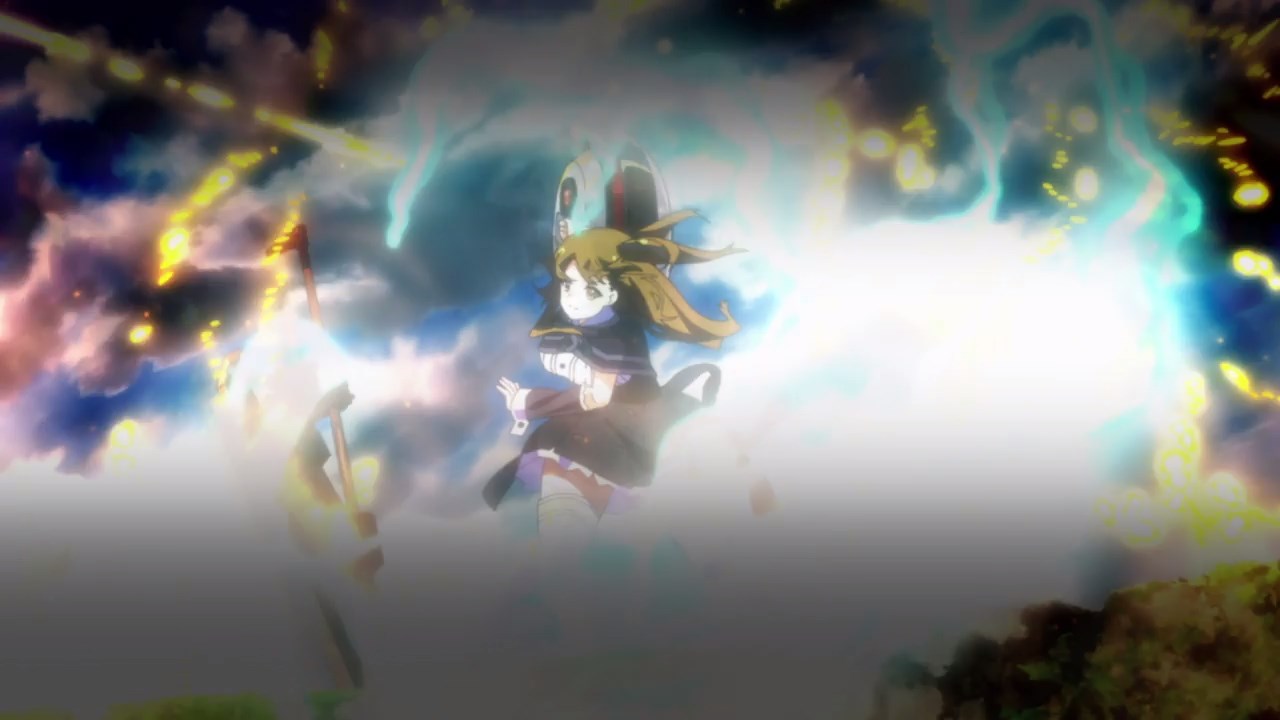 Regardless of having harsh conditions, Wang Yujia managed to hit her target 10 times without missing one, although the last shot was deflected by Kuo Shenlin using her Shield-type CHARM. 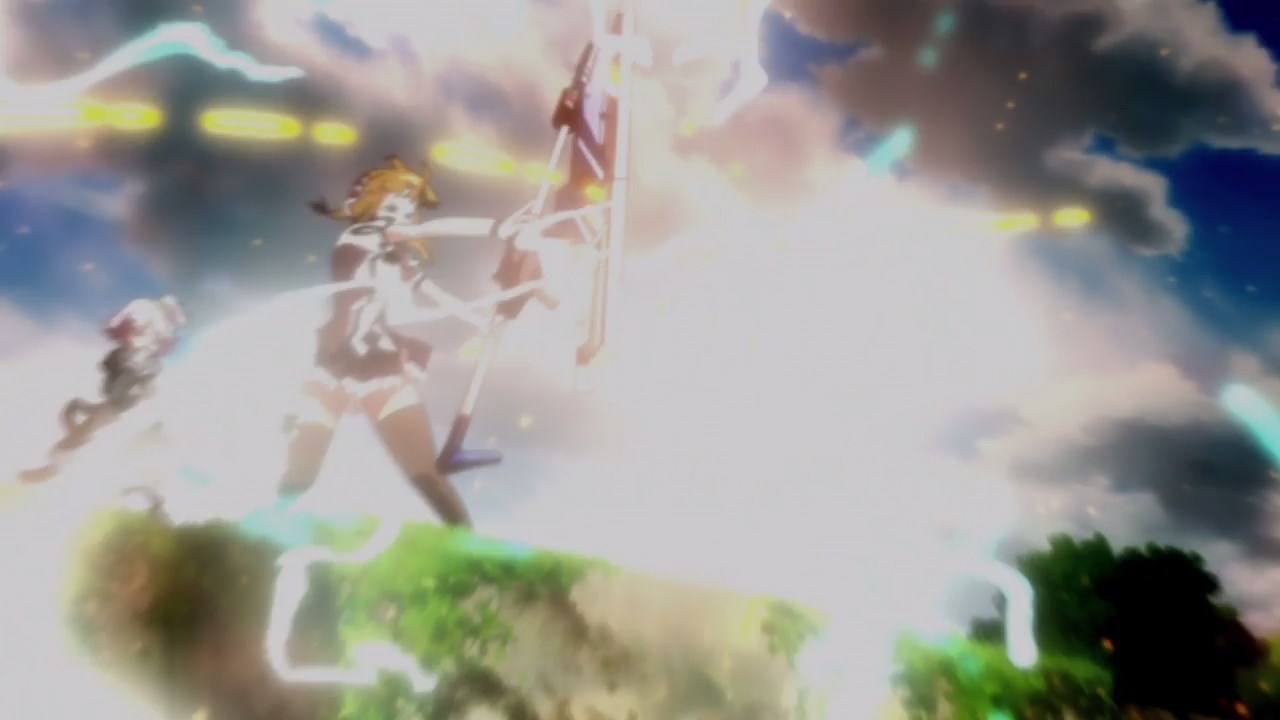 Fortunately, Wang Yujia managed to deflect her own bullet within a split-second. Really, that was a close call for Yujia but now I’m curious if she made the cut. 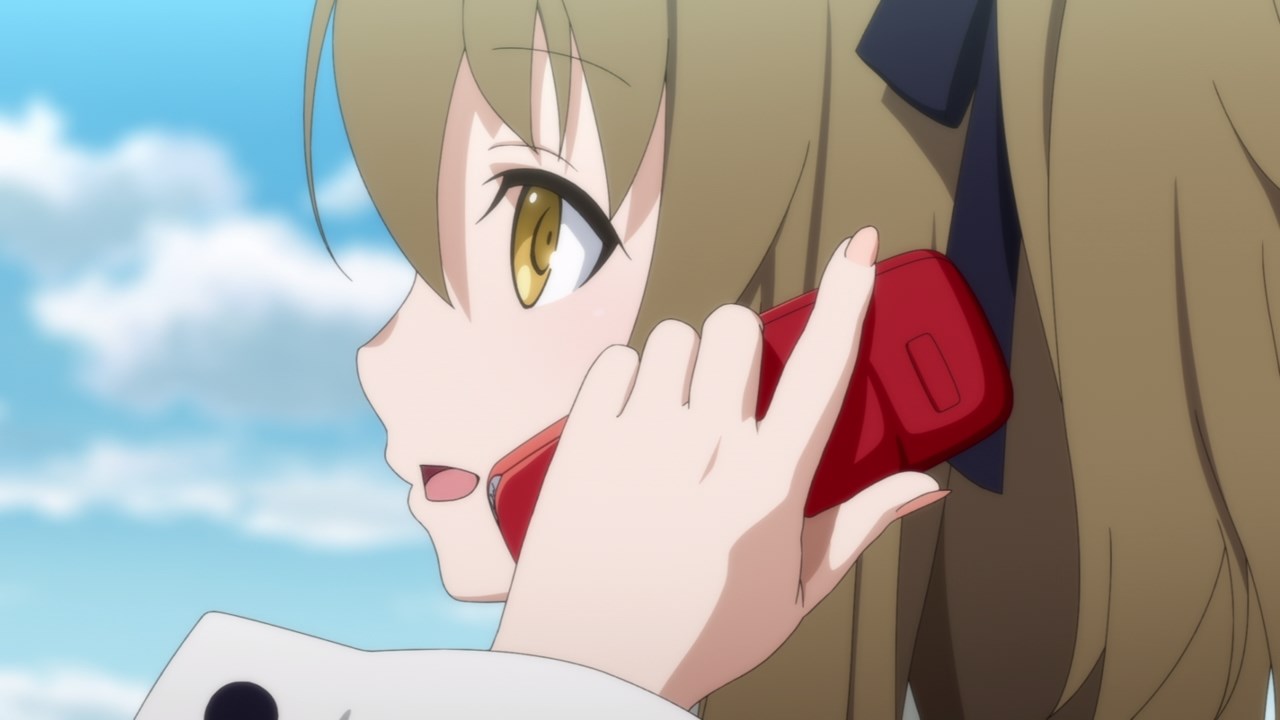 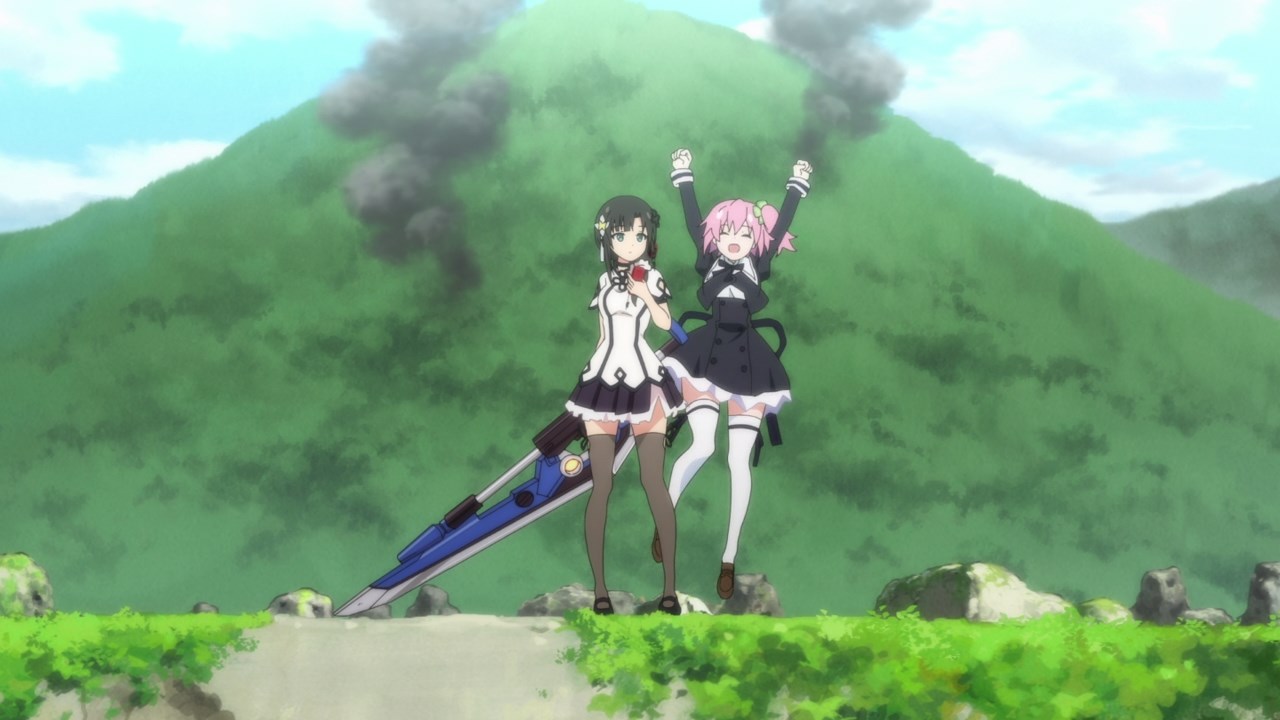 And speaking of Riri, looks like her legion now has 7 members but she needs 2 more to complete the lineup. Can’t wait for it once Hitotsuyanagi created the most promising legion within Yurigaoka Girls’ Academy. 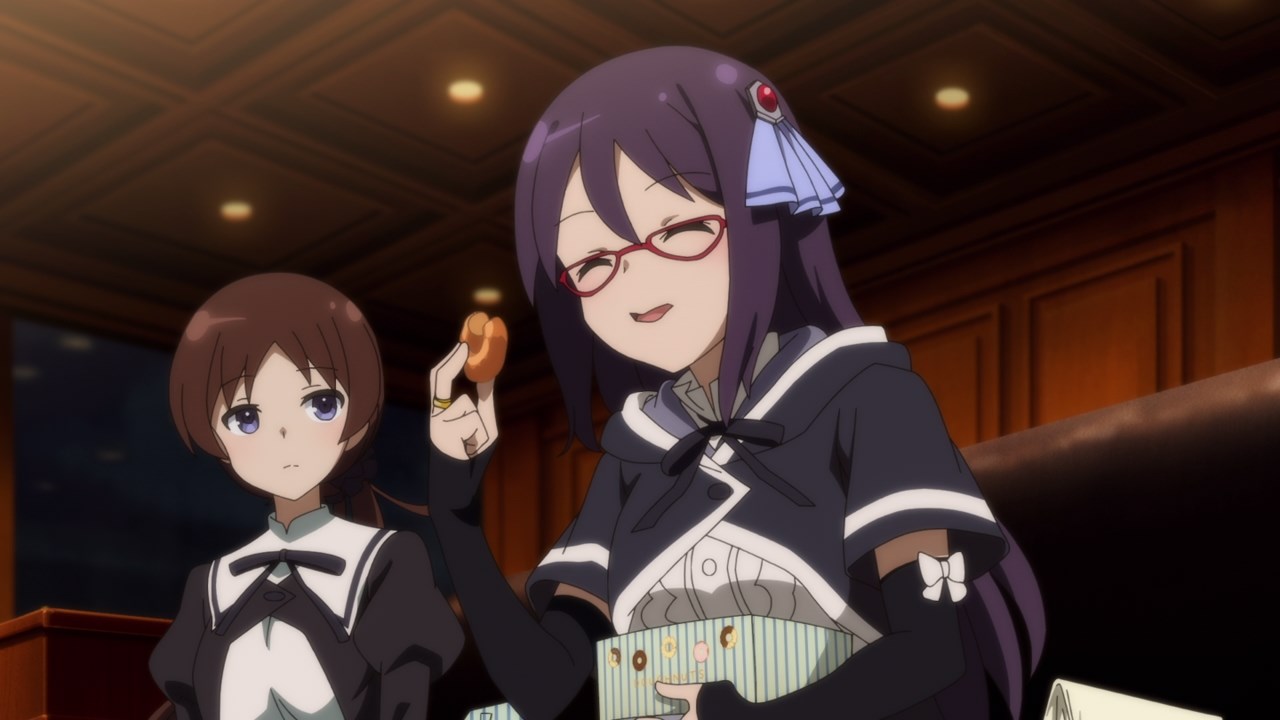 One last thing, here’s Moyu Mashima as she’s joined by Shinobu Izue to present a report to the acting chairman of Yurigaoka Girls’ Academy. 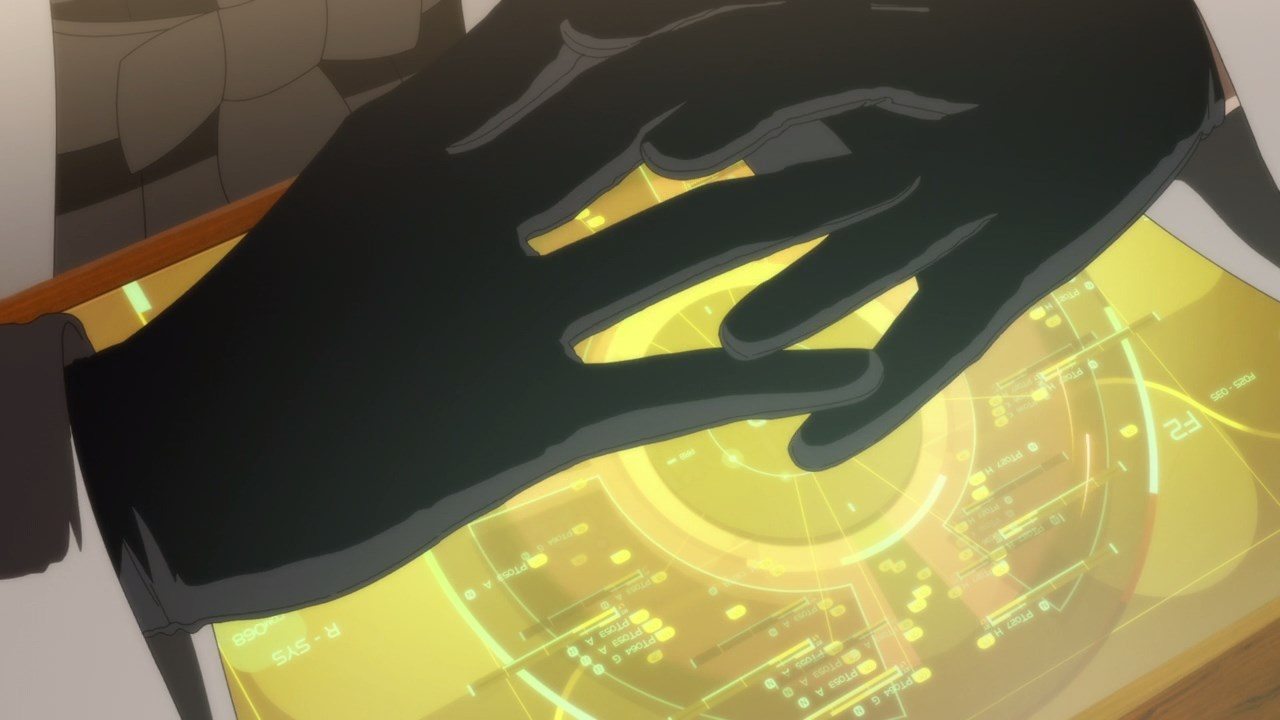 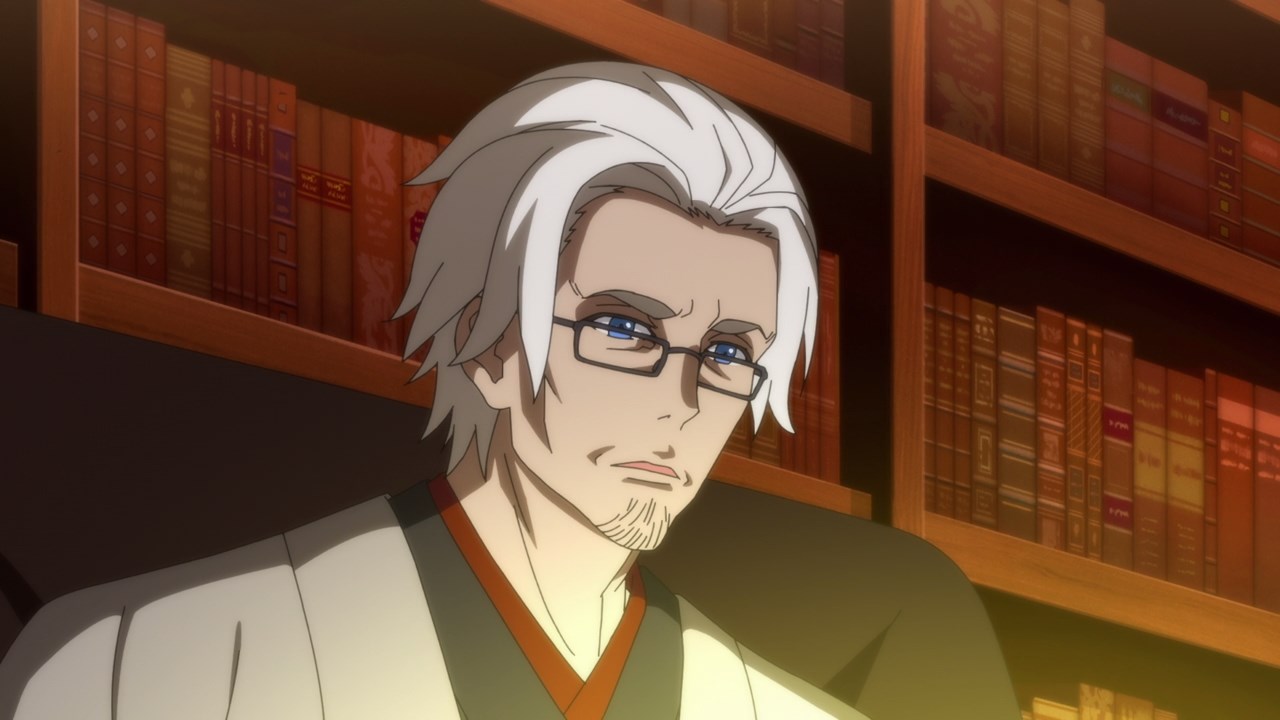 And here’s the thing though, the acting chairman is actually an old man named Kogetsu Takamatsu, which is very surprising since this anime series rarely shows men.

Still, I’m curious about Moyu’s report as it features the HUGE’s origins and it might answer some questions on why the enemy exists. With that said, I’ll see you next time!