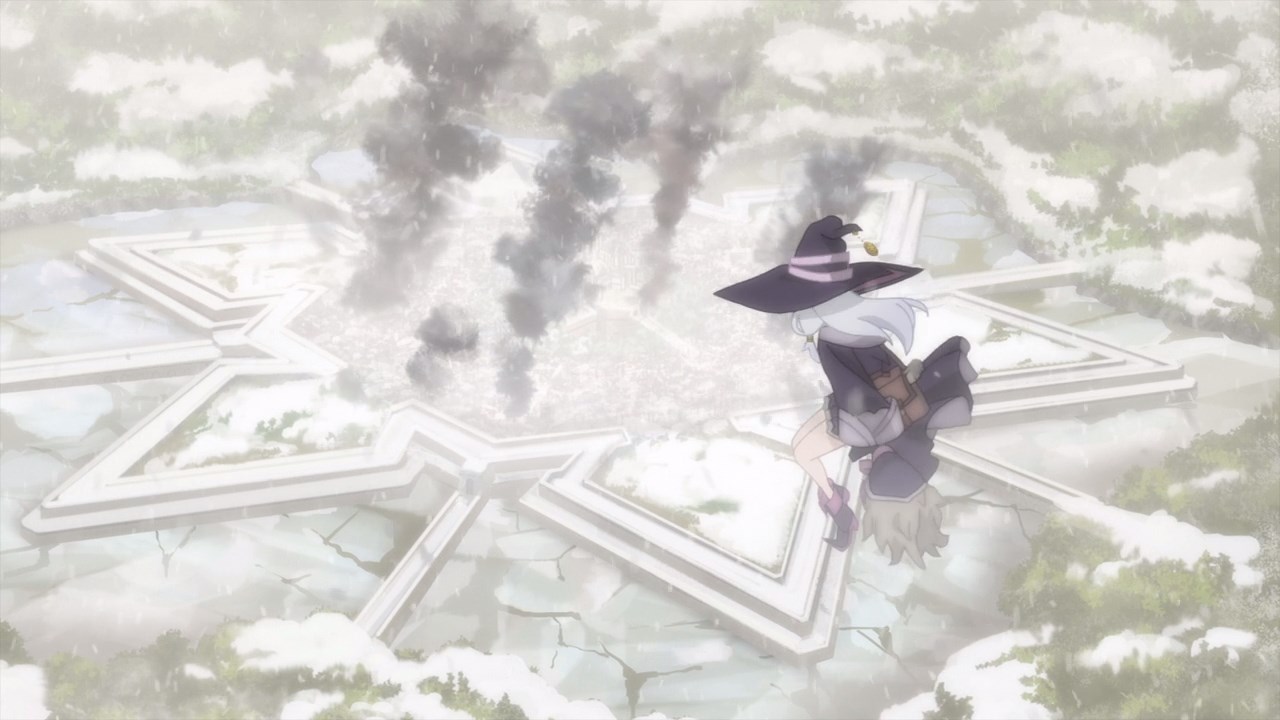 Well everyone, looks like Elaina’s next destination will be this war-torn kingdom. While I don’t know what happened to this country, this doesn’t stop the Ashen Witch from checking it out. 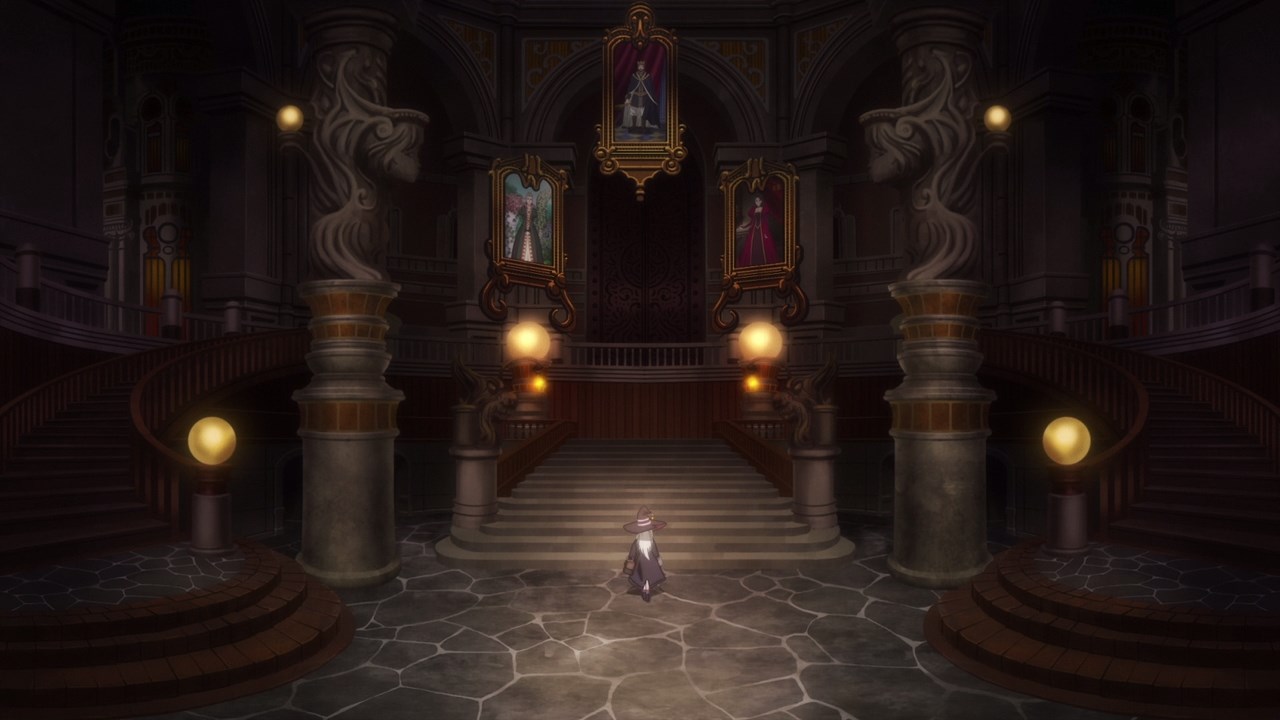 Anyways, Elaina went to the kingdom where the Ashen Witch didn’t found a single person. That’s until she went to the castle where there’s one person living inside. 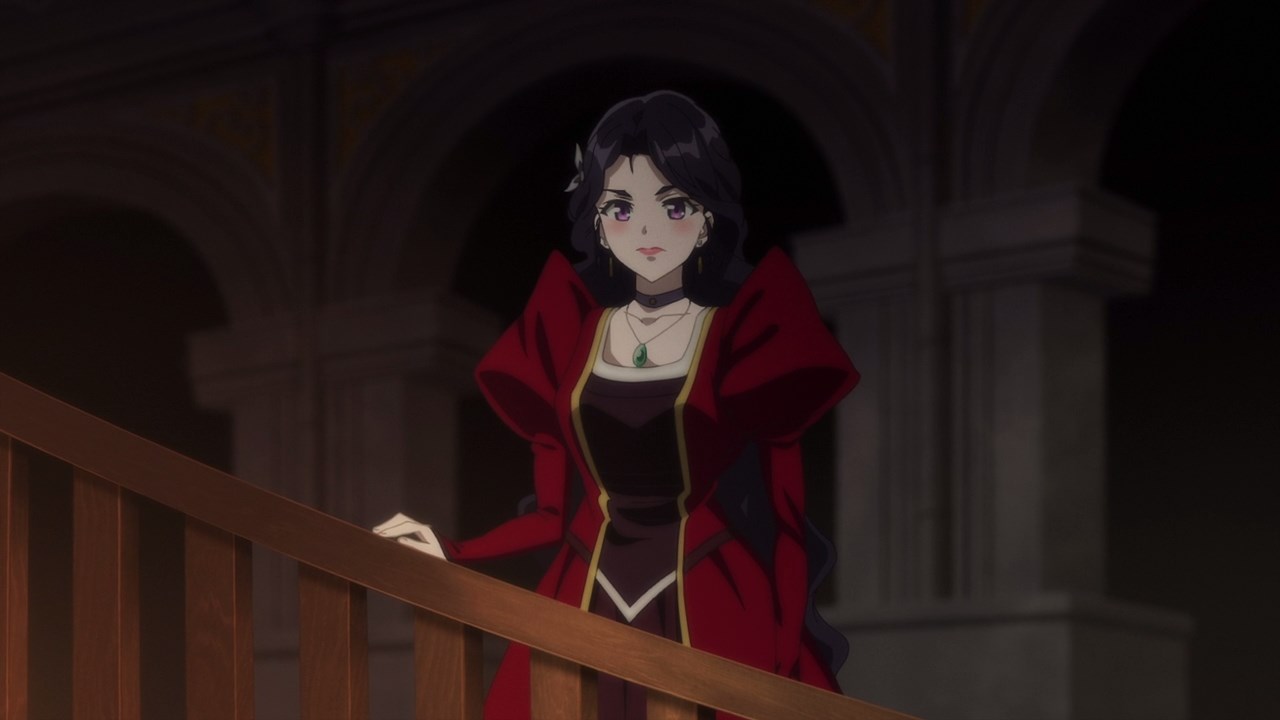 This is Princess Mirarosé where she’s the only one living inside the castle. Unfortunately for this princess, Mirarosé has amnesia where she doesn’t know why the country is being devastated in the first place? 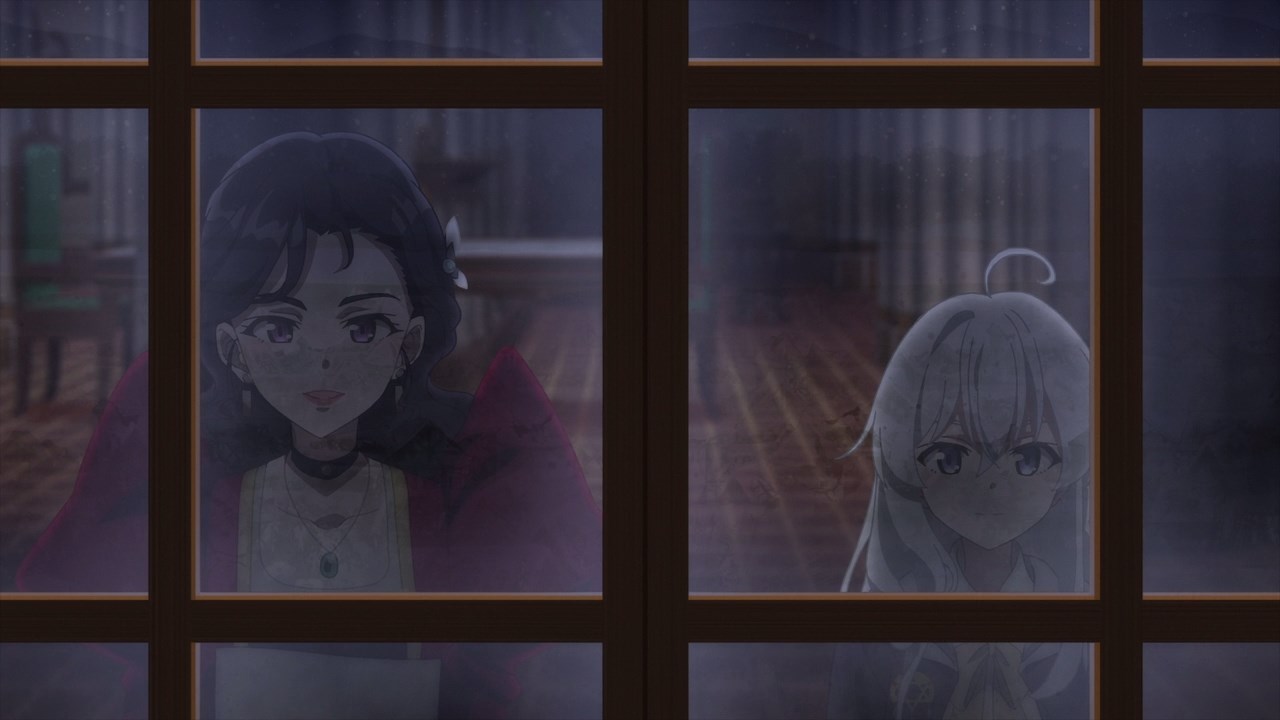 But all she knows is that there’s a monster that needs to be defeated as Mirarosé explained to Elaina that she’ll kill the monster Javalier on the 7th day. 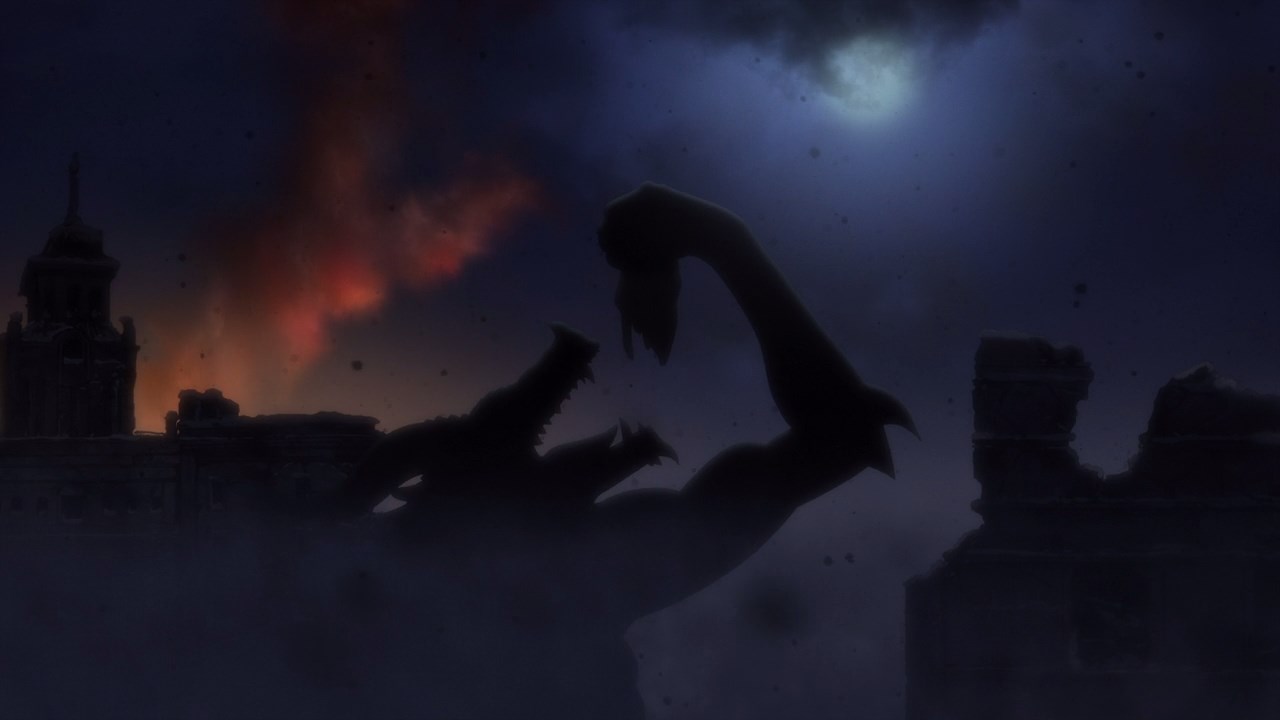 And this is the monster that Mirarosé is talking about as Javalier feeds on everything, including humans who are already petrified.

In any case, looks like Elaina will spend the night in Mirarosé’s castle, but what about food? 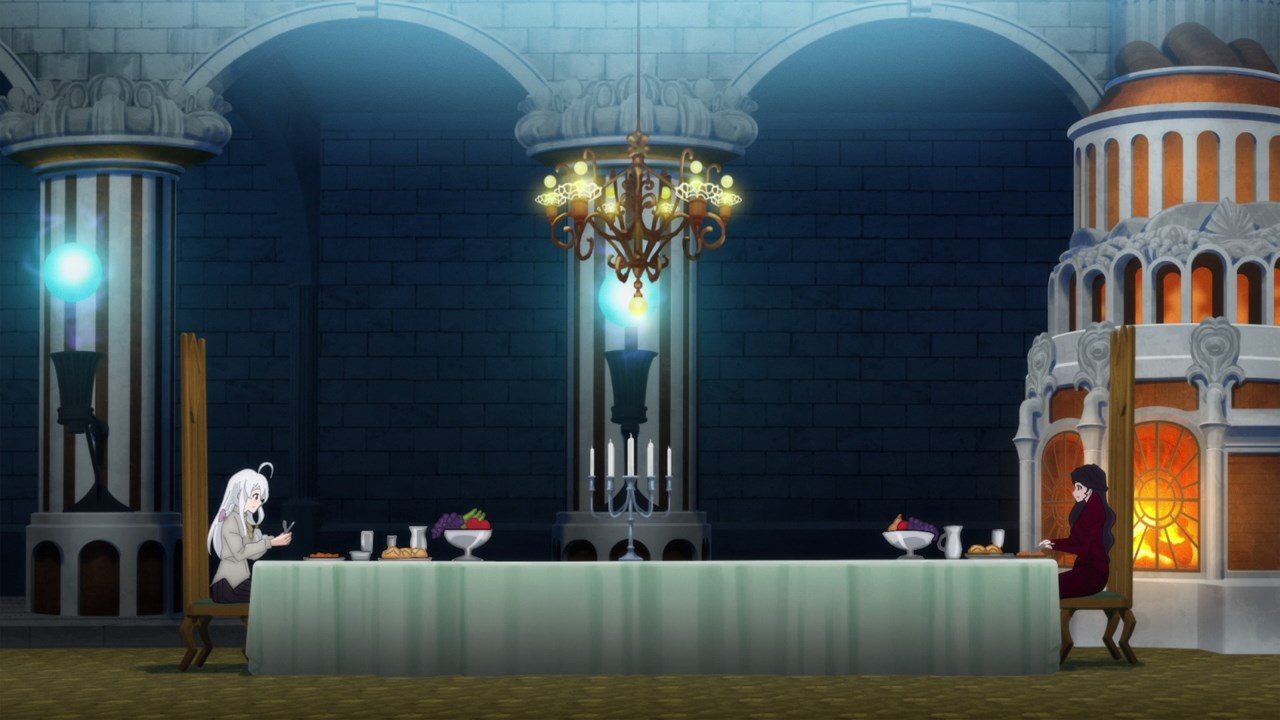 Well, Mirarosé can provide food as she can cook eggs and ham, as well as bake bread. Anyways, let’s get on with the preparation on defeating Javalier. 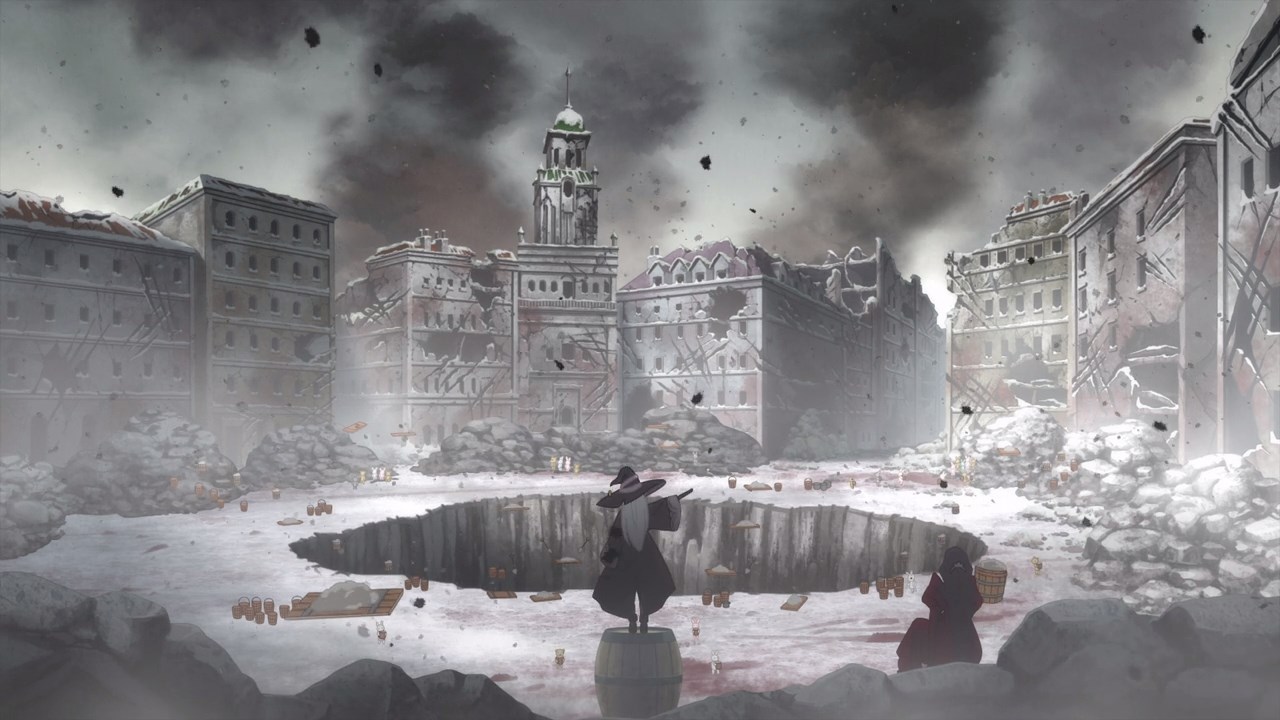 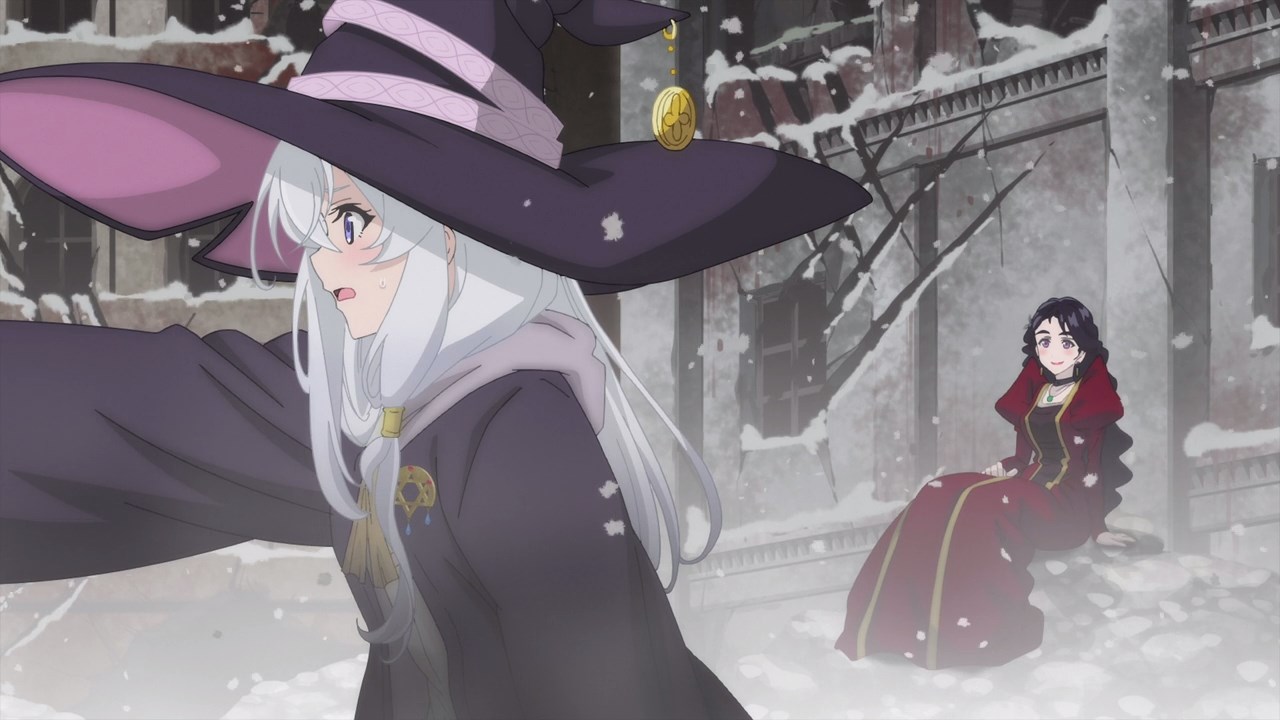 Of course, Elaina is worried that Mirarosé might fail to defeat the monster, so she help the princess out by digging out a large hole that would serve as a trap to Javalier.

Once she created a hole, it’s time to cover it up with illusion magic so that Javalier’s eyes will be deceived. 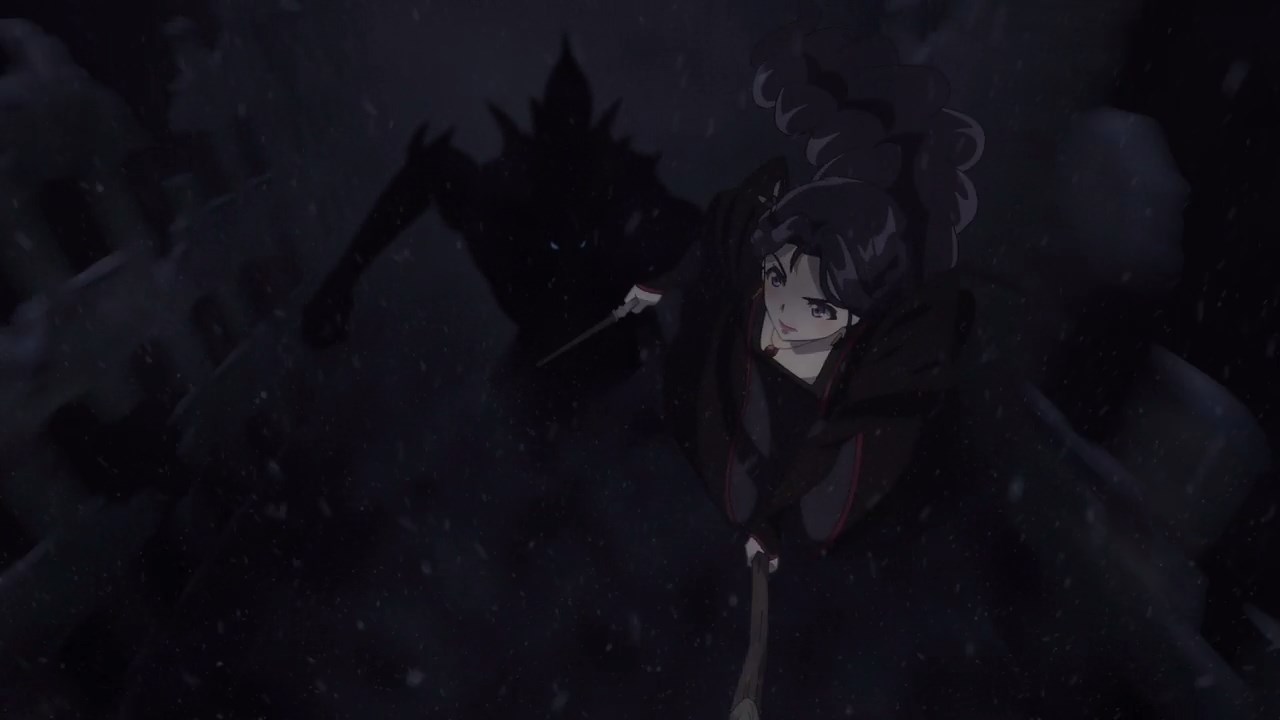 But anyways, nightfall has arrived as Javalier is chasing Mirarosé, not knowing that there’s a trap up ahead. 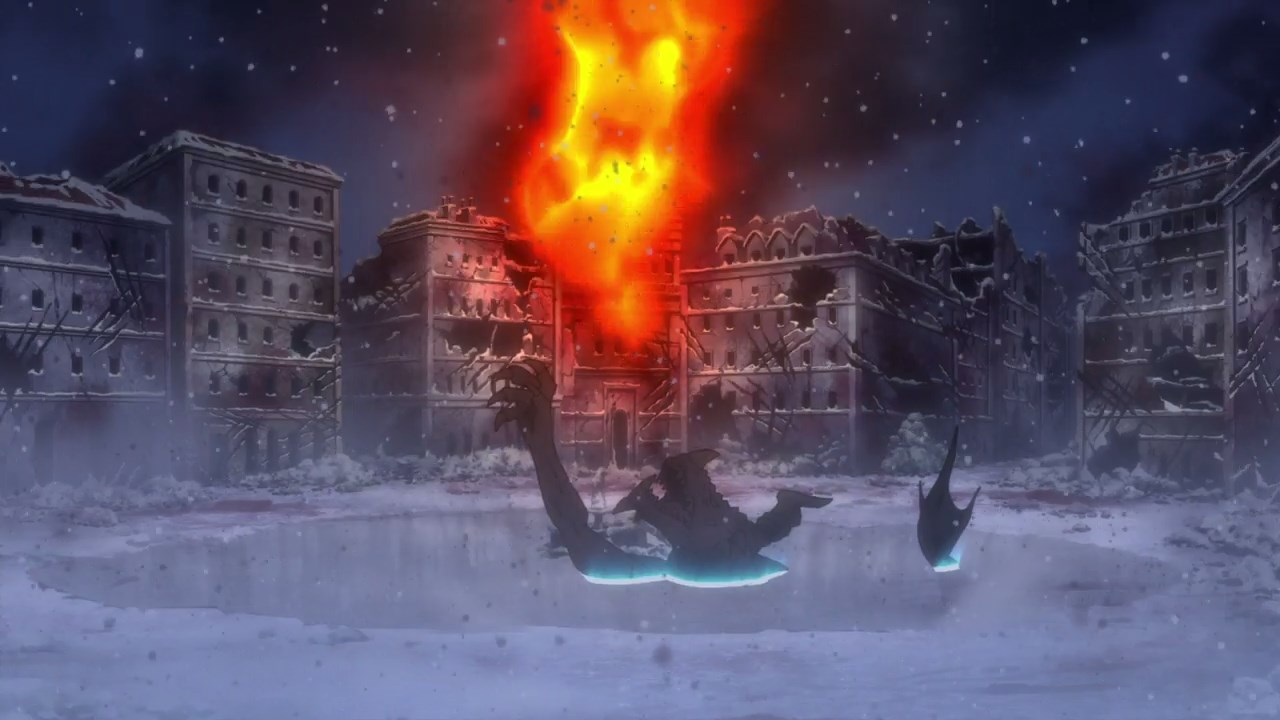 Unfortunately for this monster, it appears that Javalier fell down to the hole. This means that Mirarosé will have an opportunity to kill the monster while being stuck inside the hole. 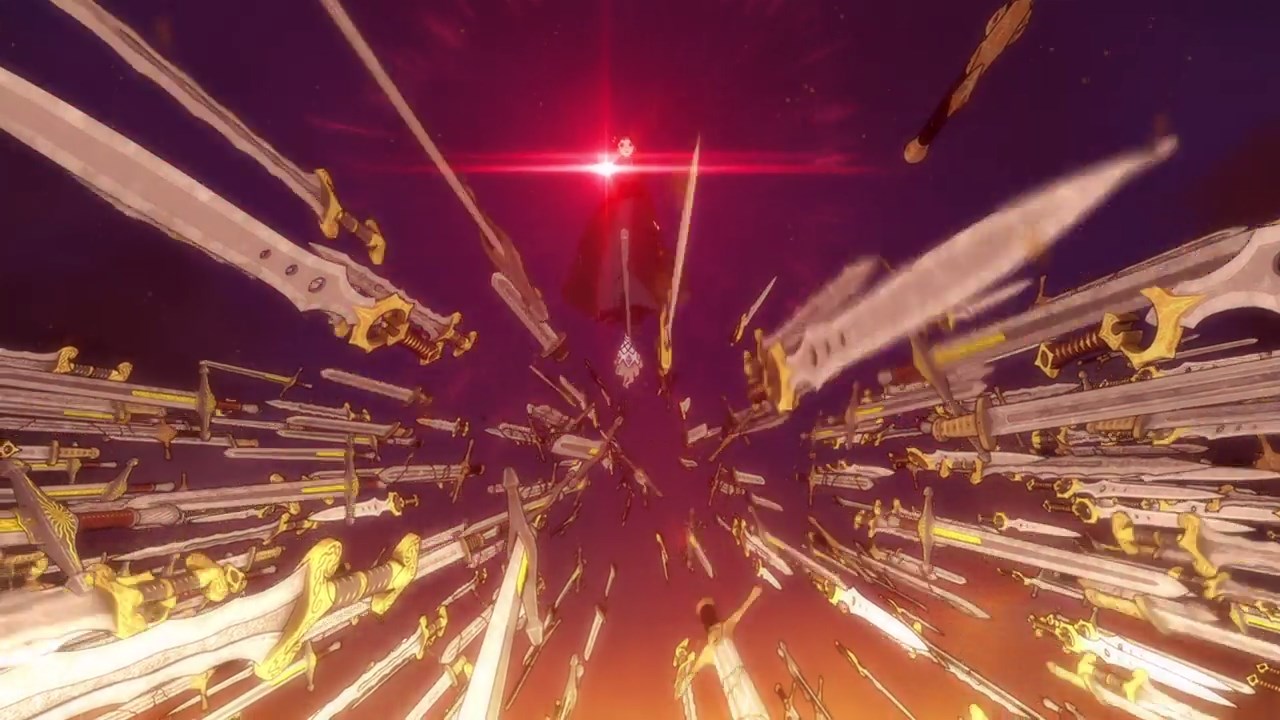 And really, Mirarosé won’t hesitate on casting magic on the monster as she summoned tons of swords that would be thrown towards Javalier. 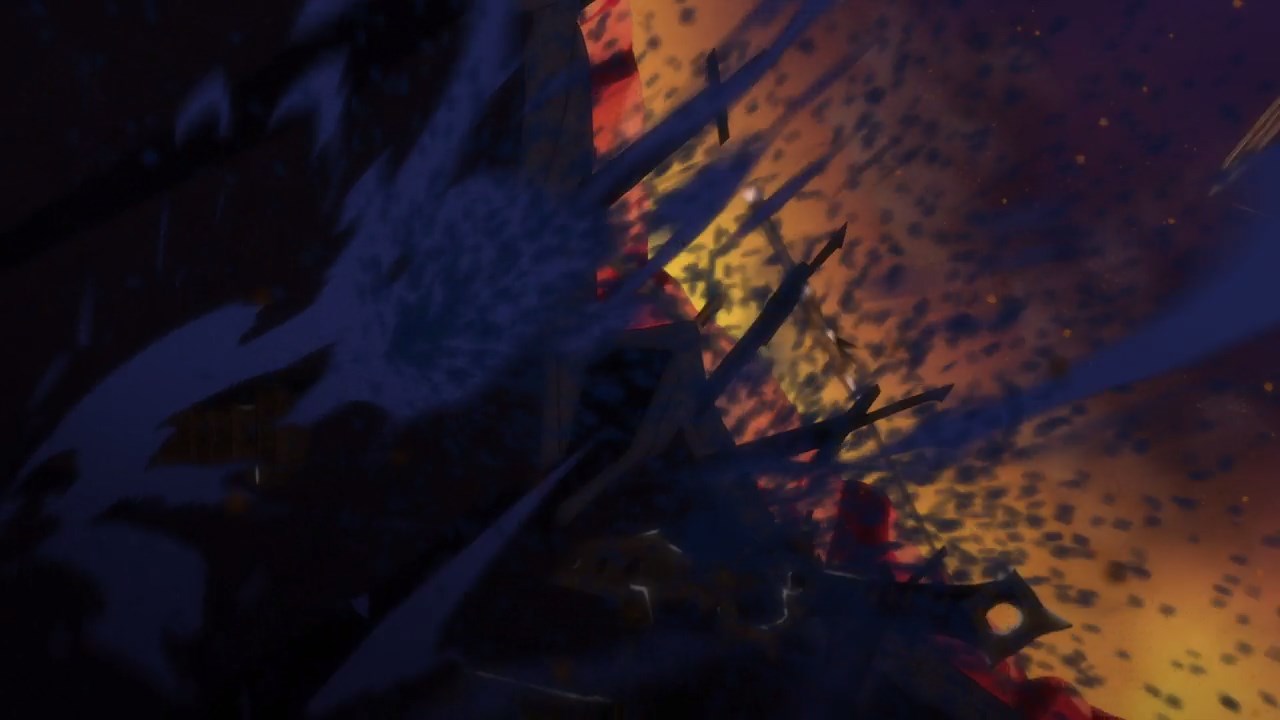 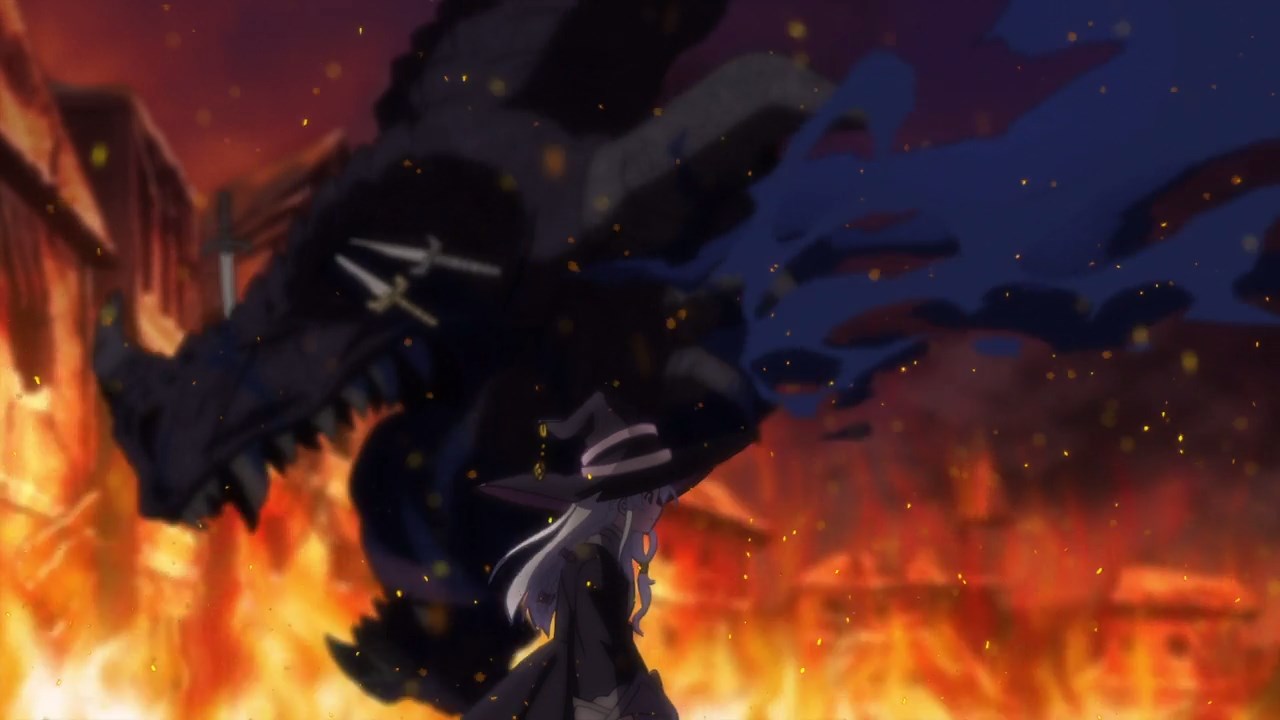 In any case, Javalier is finally defeated as the monster got stabbed multiple times while its head is severed.

For the Ashen Witch, it was the most brutal thing that she saw in her lifetime. 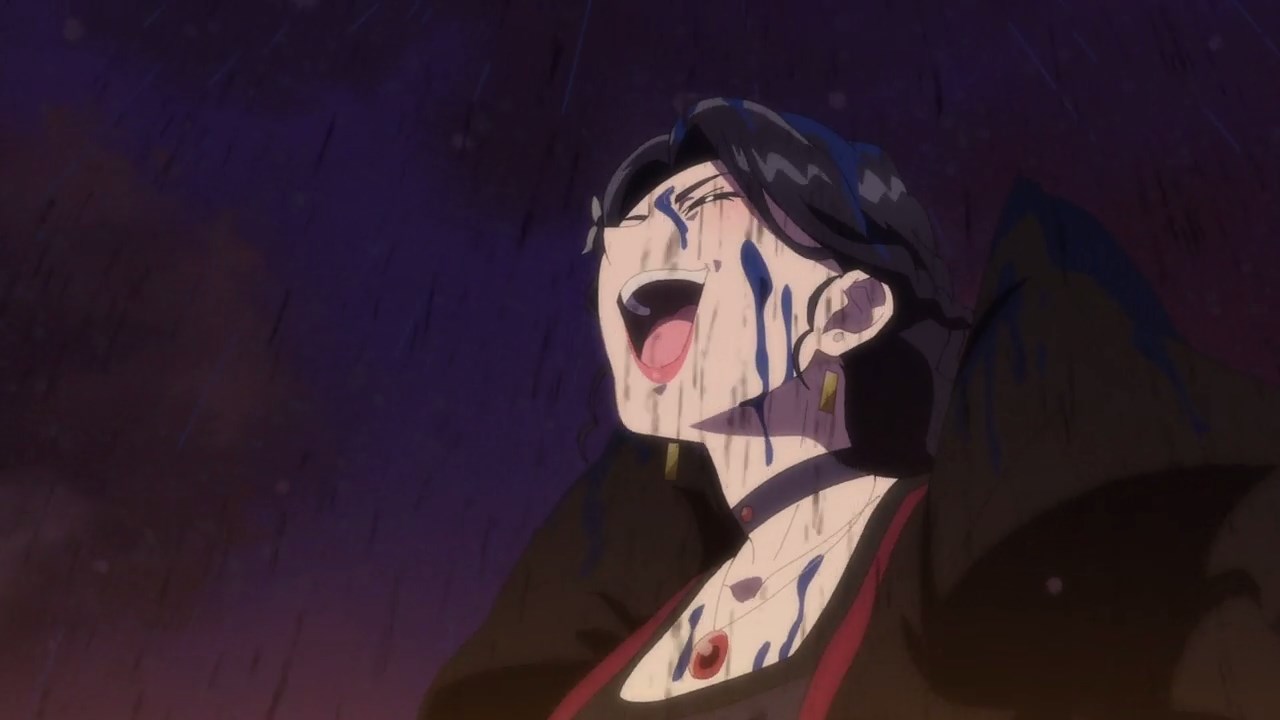 Speaking of Mirarosé, it appears that she laughed maniacally on how the monster has truly fallen as the princess regained her memories.

And this is the time I’ll learn what truly happened to her and the kingdom as it turns out that Mirarosé fell in love with a lower-class servant, which she got pregnant and made the king very angry towards the servant. Thus, the king ordered his men to execute the servant while Mirarosé was forced to kill her unborn child.

But it doesn’t stop there as Mirarosé got really angry towards her father that she used magic to transform him into a monster named Javalier, although casting her father with magic has caused Mirarosé to lose her memories. So in the end, Mirarosé killed her own father, which he became a monster that eats people and turned the kingdom into a wasteland. 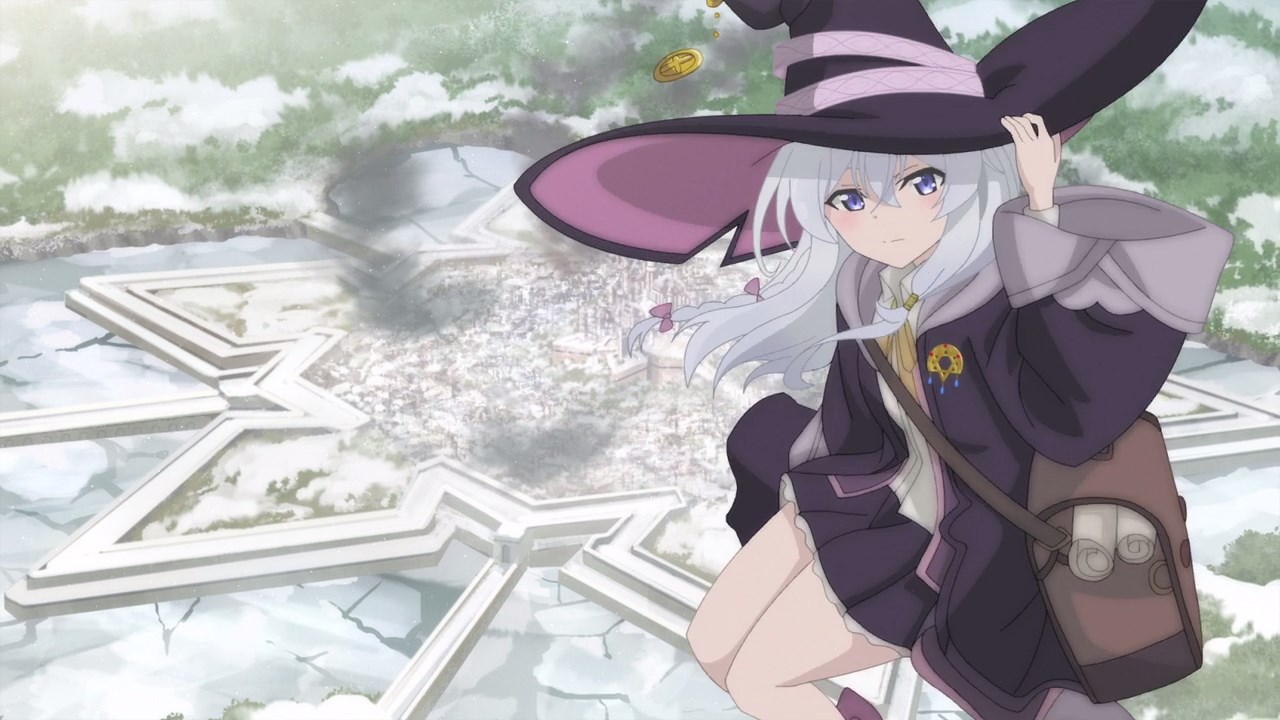 Of course, Elaina can’t stay in the kingdom for a longer period as she silently take her leave, leaving the princess all alone on this war-torn kingdom. While I’ll never know what’s gonna happen to Mirarosé, all I know is that her fate is truly depressing to look at.

Well then, it appears that this episode ends on a sad note and while the two stories from the previous episode didn’t end well, this one takes the cake for how depressing this episode is. With that said, I’ll see you next time.