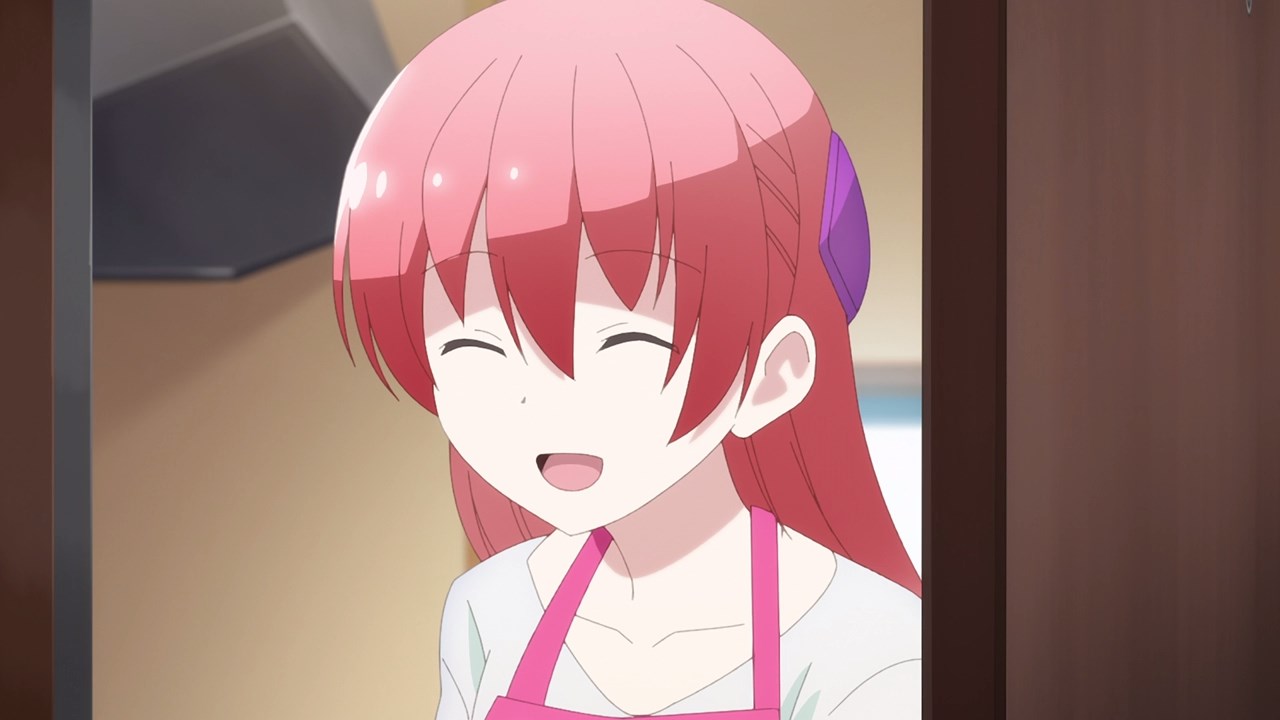 Well, it appears that Tsukasa Tsukuyomi expects her husband to return to the apartment… 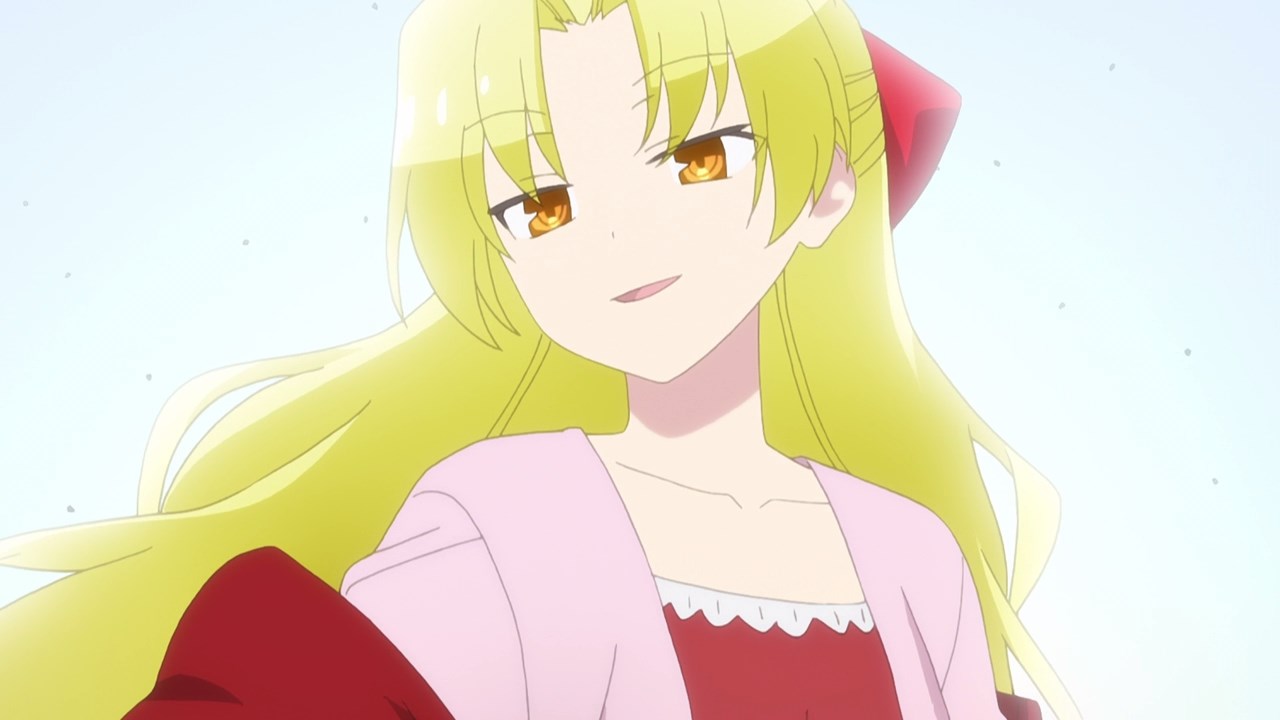 …but it was actually Chitose Kaginoji who’s here to pick Tsukasa up. This is not good! 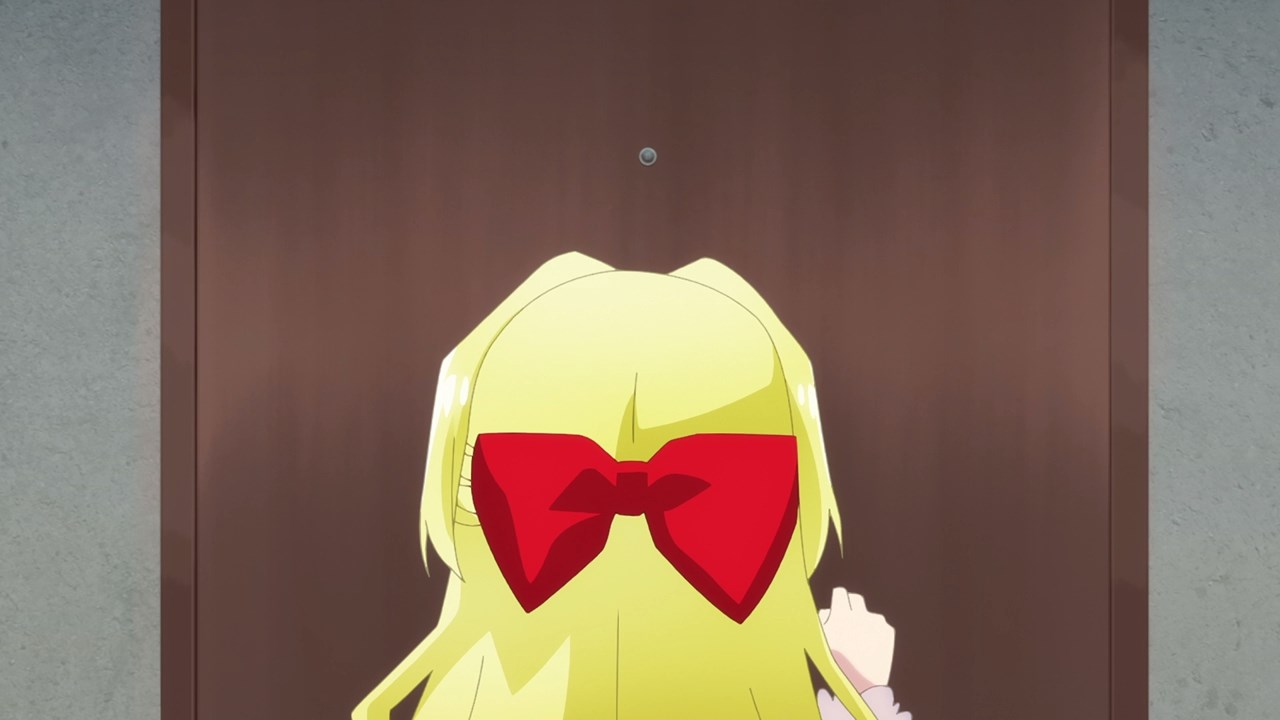 Unfortunately for Chitose, Tsukasa has no time for her friend as she closes the door. Well, that was a nasty rejection! 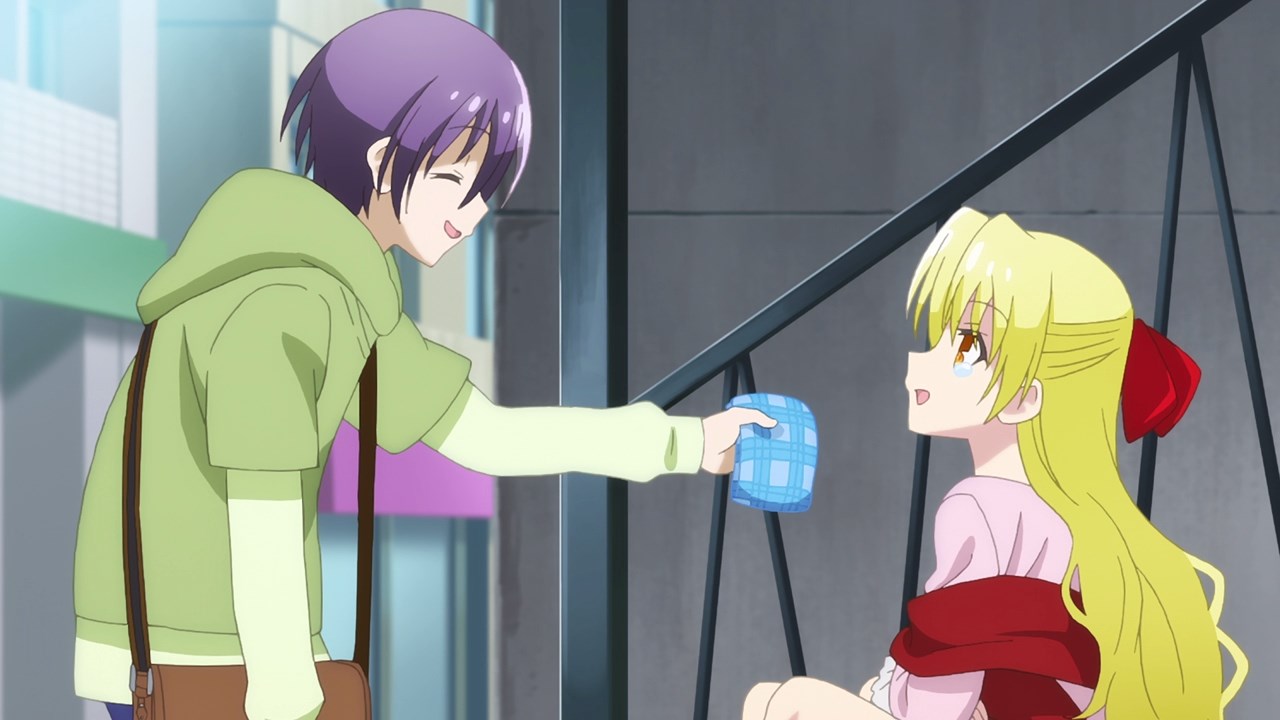 Oh, and Nasa Yuzaki is here where he gave a handkerchief to Chitose Kaginoji as she’s crying about that nasty rejection.

Of course, it doesn’t last long because Chitose realized that she’s talking to Tsukasa’s husband. 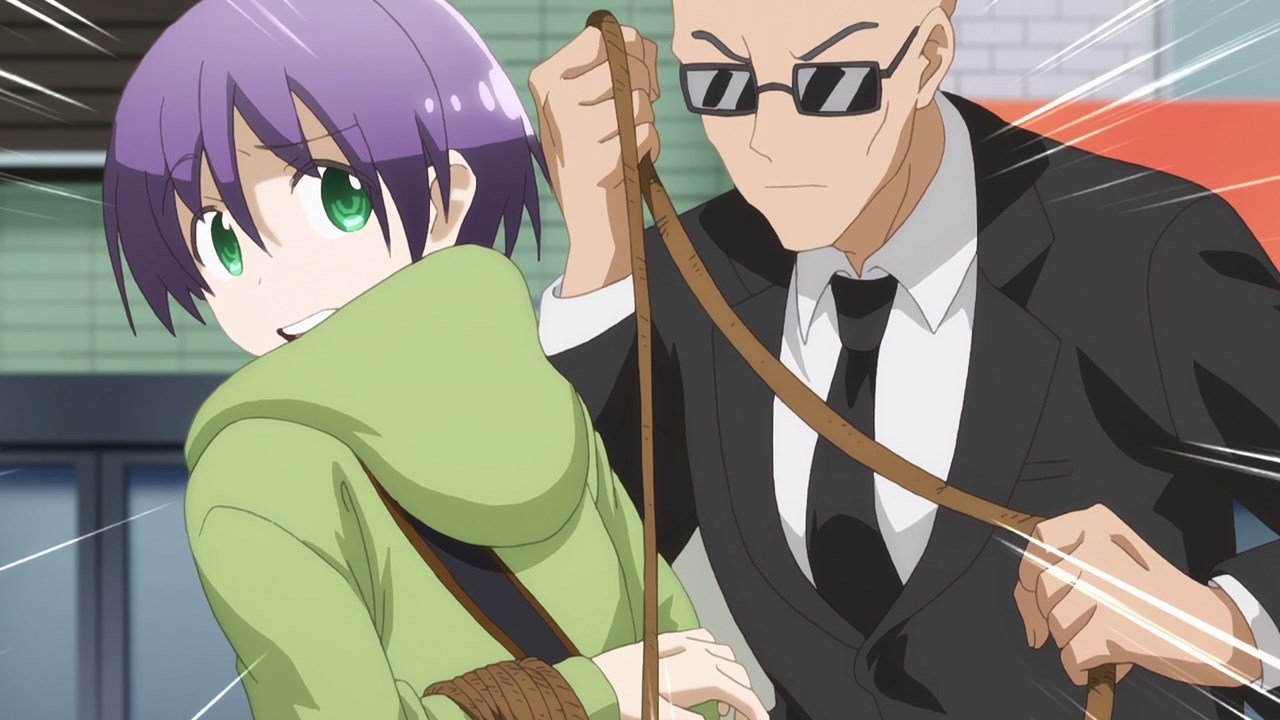 So yeah, Nasa Yuzaki is in real trouble as he got captured by Chitose Kaginoji’s goons… 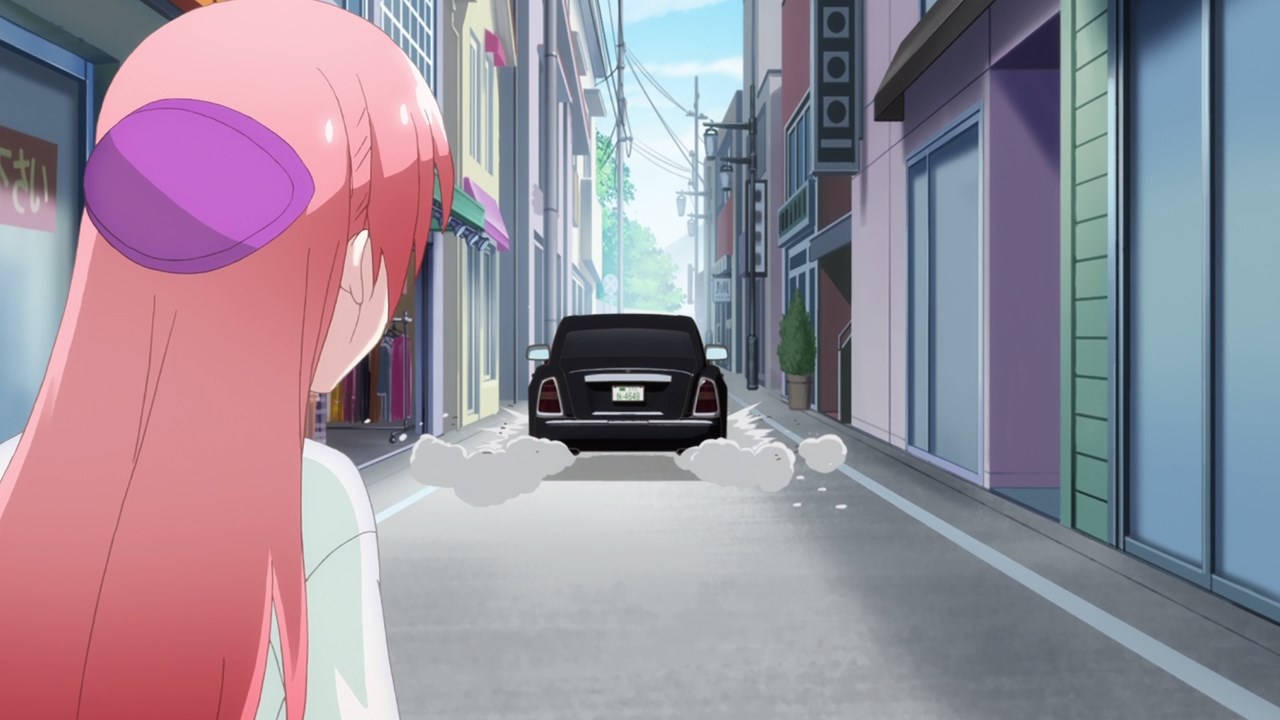 …and then took him to her mansion where Chitose will do something bad to Nasa-kun. Um Tsukasa-chan, are you gonna rescue your hubby? 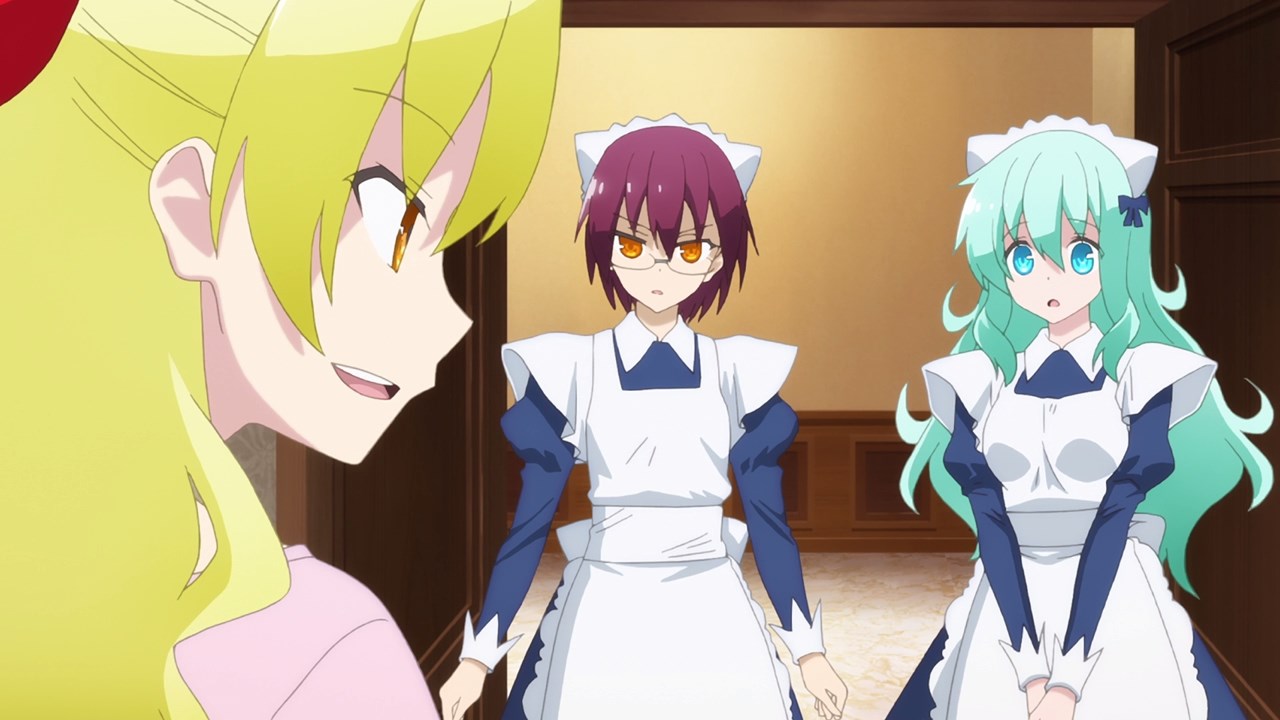 Now then, Chitose Kaginoji’s plan will involve fabricating a tabloid article in which Nasa Yuzaki is having an affair with another woman. Thus, she asked both Charlotte and Aurora for help on her devious plan to split Nasa-kun from Tsukasa-chan.

Unfortunately for Kaginoji, her plan is very flawed as there’s no way would believe that Nasa Yuzaki is a womanizer because he’s not a celebrity. Also, Nasa-kun went missing which prompted Chitose to order her maids to find him. 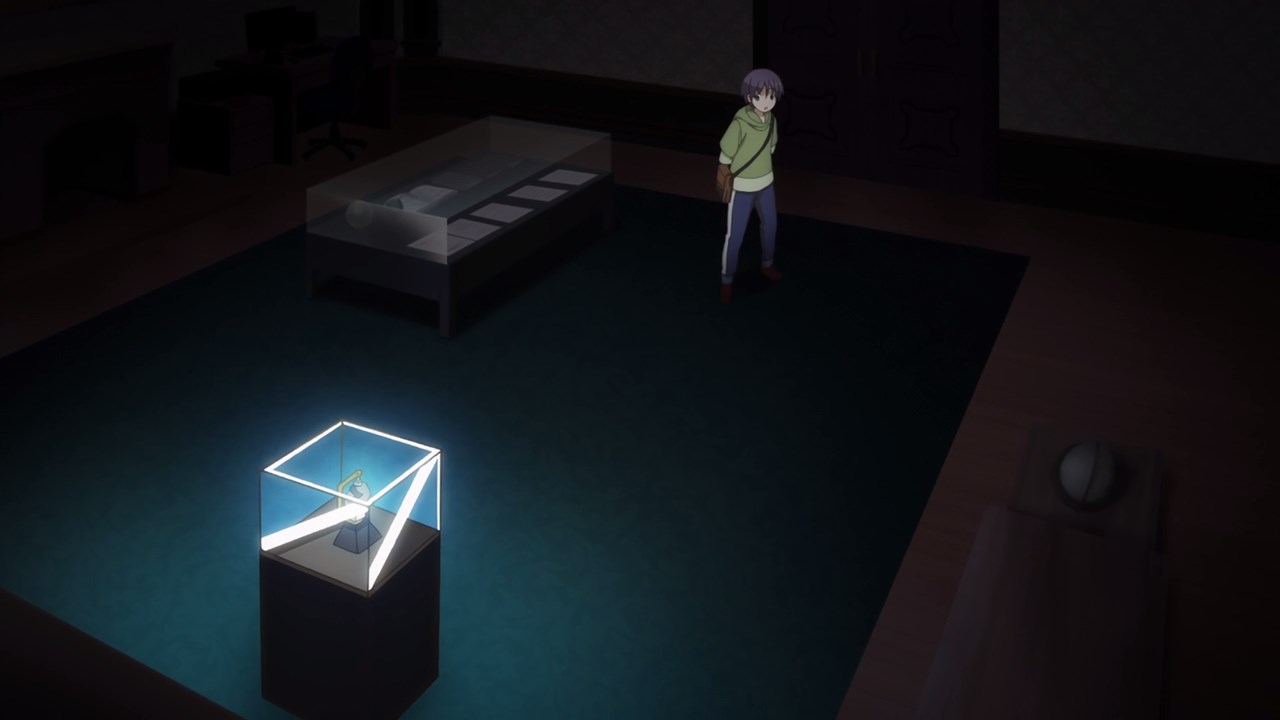 Meanwhile, here’s Nasa Yuzaki where he’s currently hiding inside this room full of valuable treasure. Oh, and he stumbled something unique where it has the same smell as Tsukasa-chan. 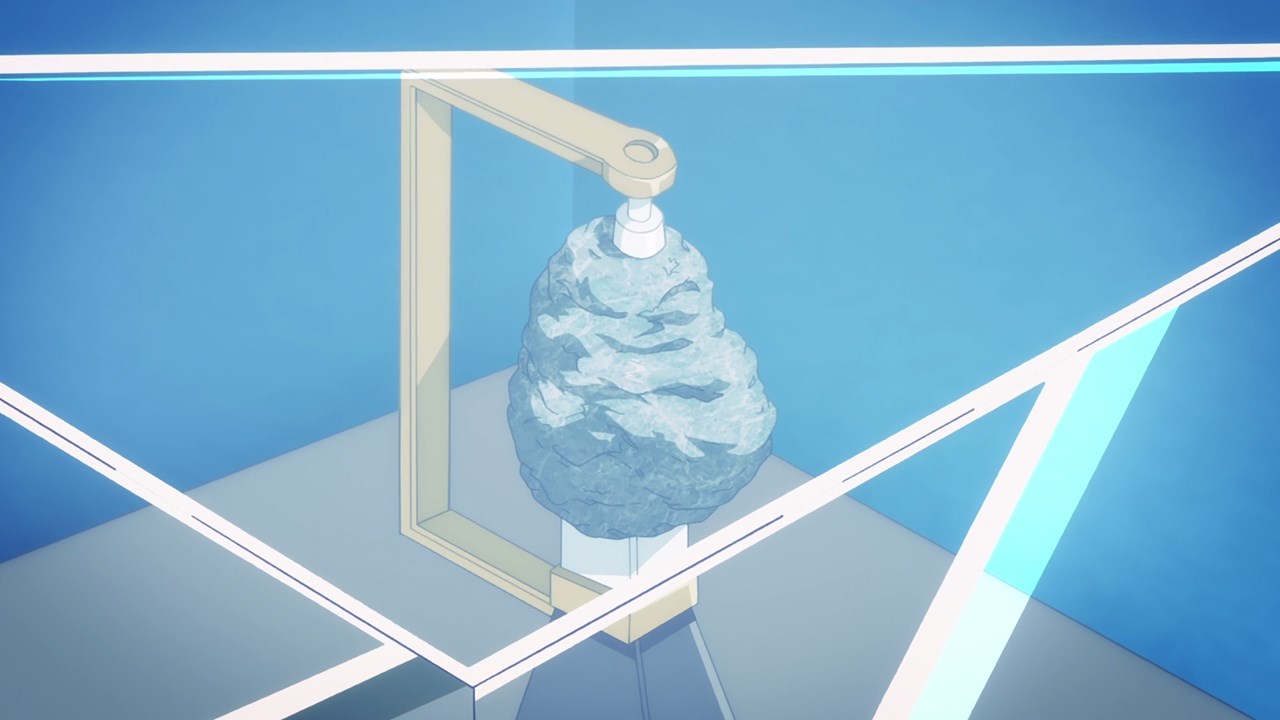 This is a moon stone and it’s not some item from Pokemon, rather this rock is mined from the moon itself as it’s being preserved by nitrogen. It would be bad if someone would break it. 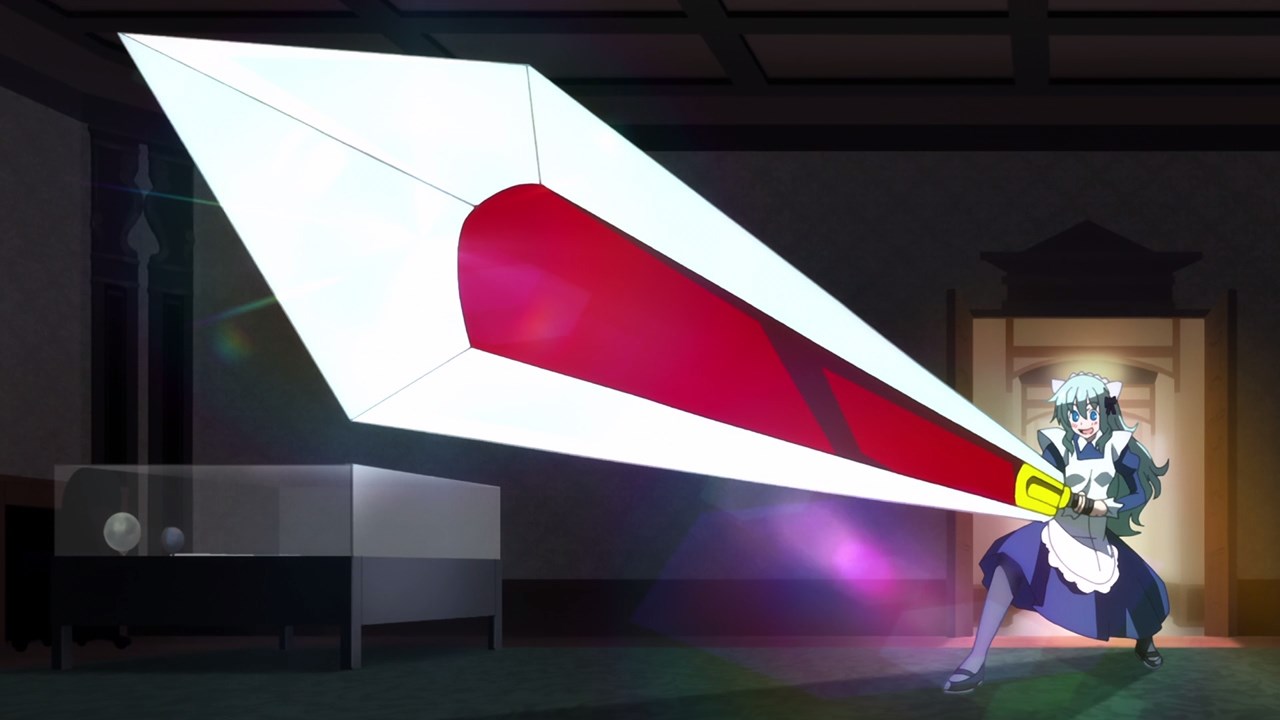 Well, there’s Charlotte where she’s wielding a sword that cleaves evil, which she’ll use it to Nasa Yuzaki.

Wait, did she stole that sword from Sänger Zonvolt and not to mention that Charlotte is doing the famous Masami Obari pose? 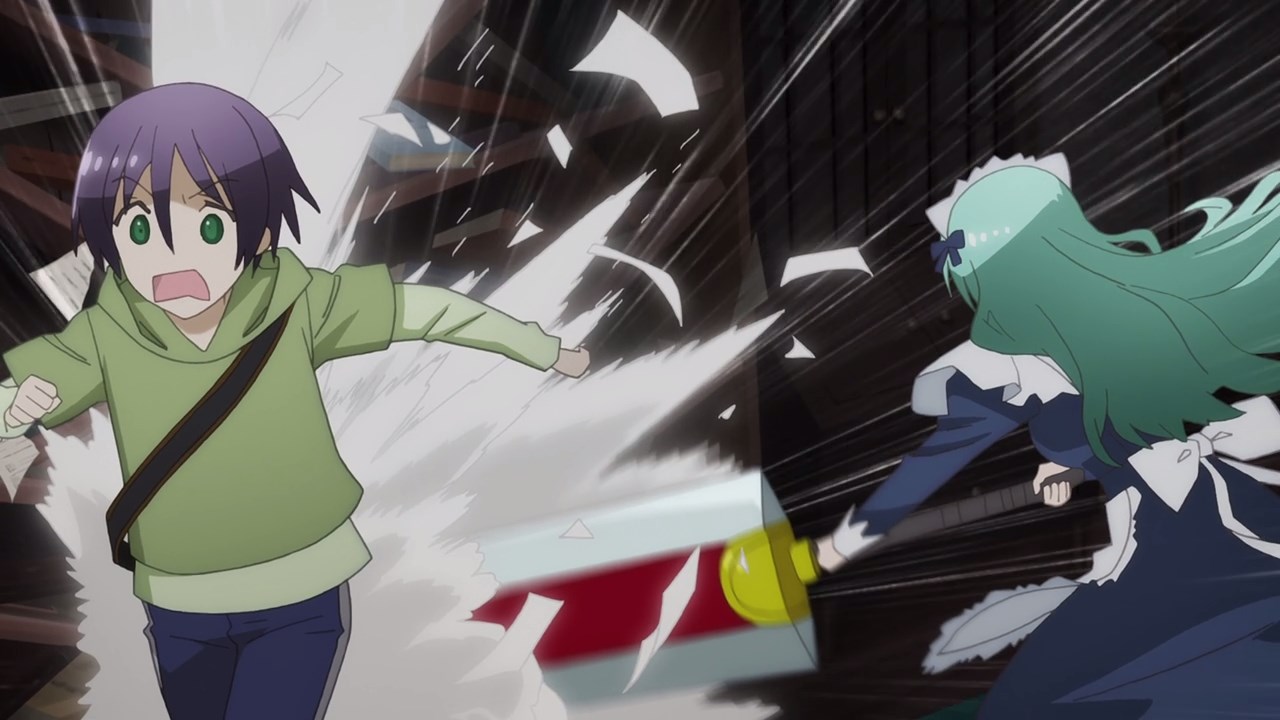 Anyways, Charlotte proceeds to kill Nasa-kun in which Chitose will label it as an accident. 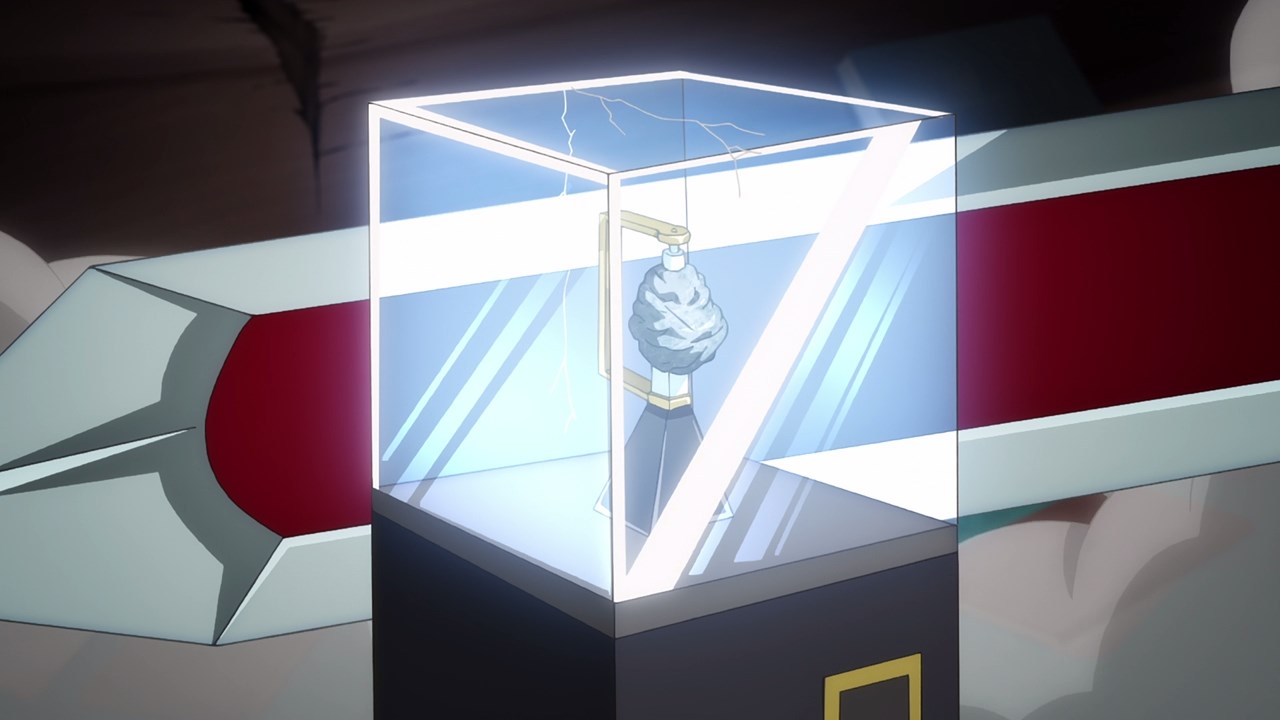 Unfortunately, Charlotte’s wild swings broke the glass container for the moon stone. This means that this rock will erode once the nitrogen is leaking away from the container. 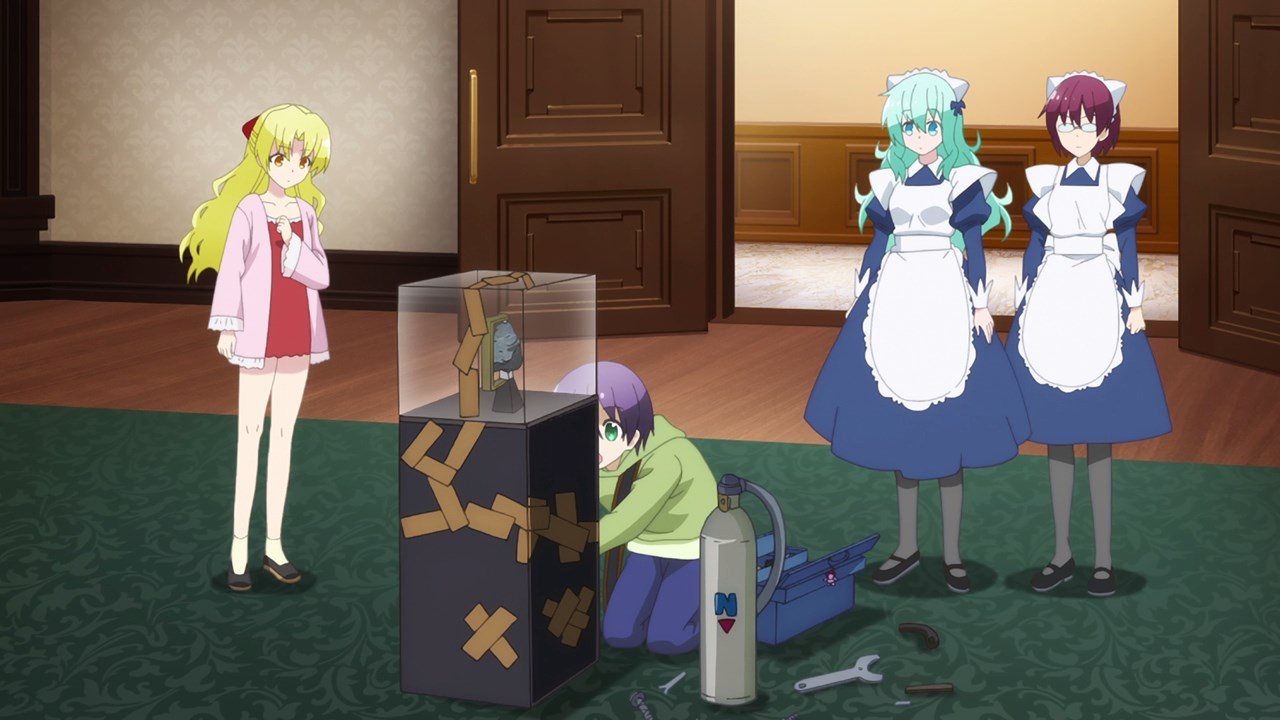 Fortunately, Nasa Yuzaki managed to fix the container using duct tape, and then pump it with nitrogen so that that rock won’t turn into space dust.

Well then, I have to say that Nasa-kun managed to save something precious, but he’s still in danger when Chitose Kaginoji and her maids are hounding him. 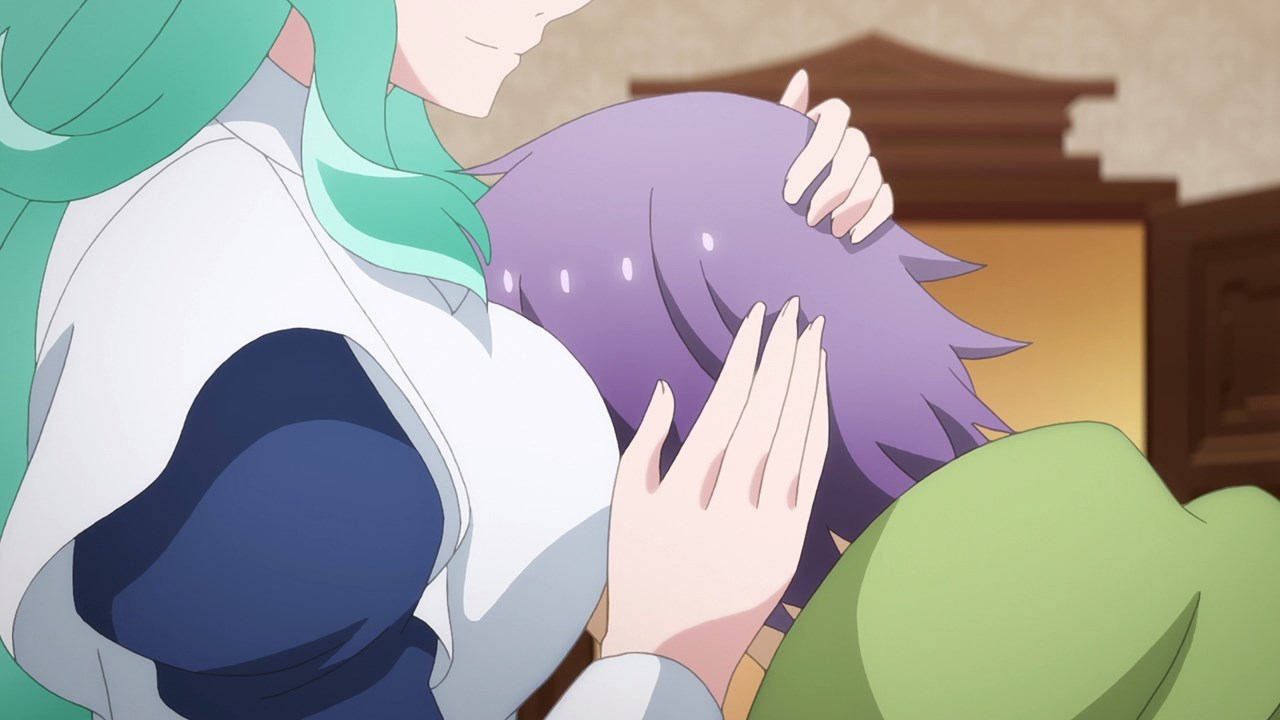 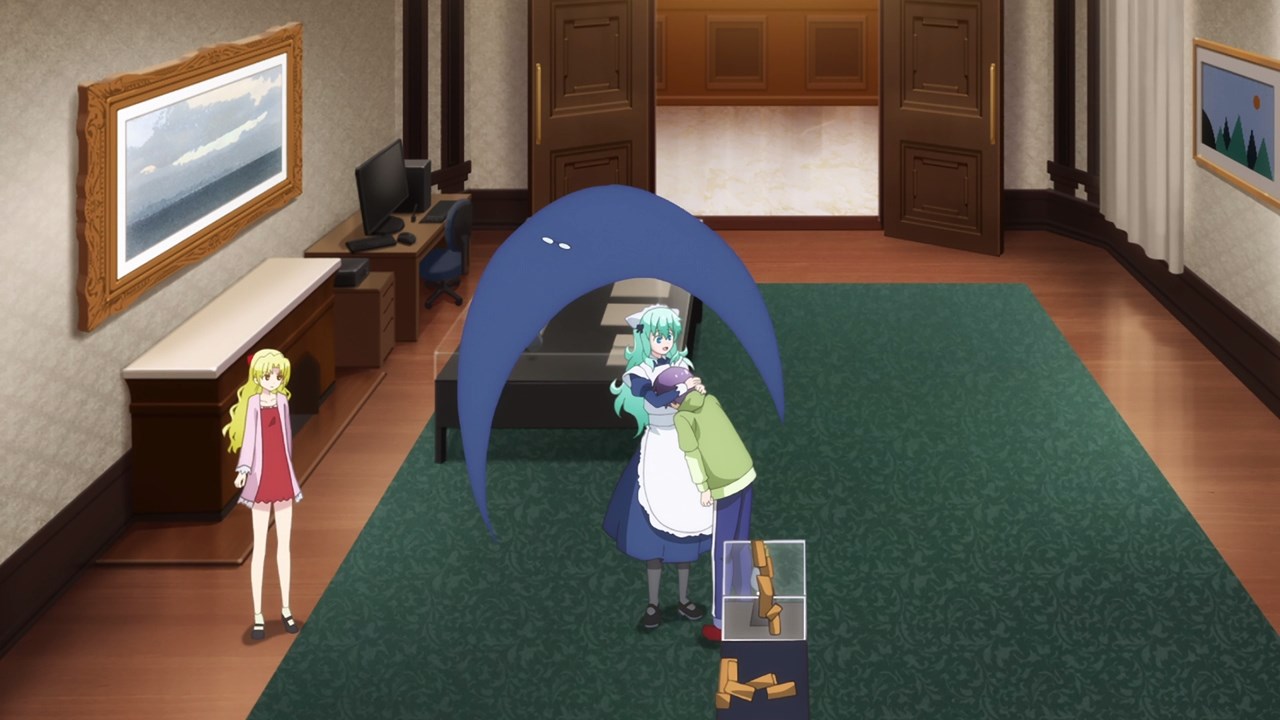 I mean, they still want to make a tabloid about his infidelity as Charlotte uses her tits to squeeze Nasa’s face, while Aurora took various pictures which she’ll edit it in Adobe Photoshop or any other similar photo-editing program. 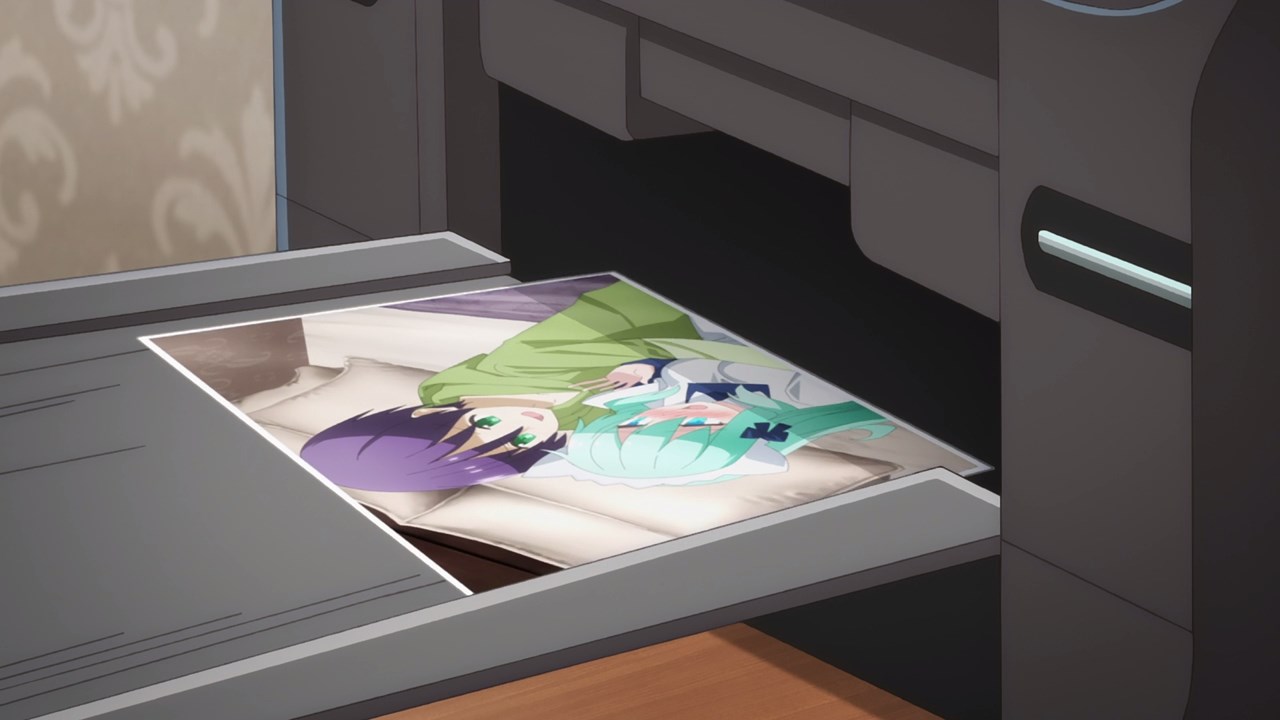 And here’s the result as they made a scandalous picture that would make Tsukasa Tsukuyomi angry.

You know something, Aurora should lend her talent in Hollywood instead of sticking to her current job. 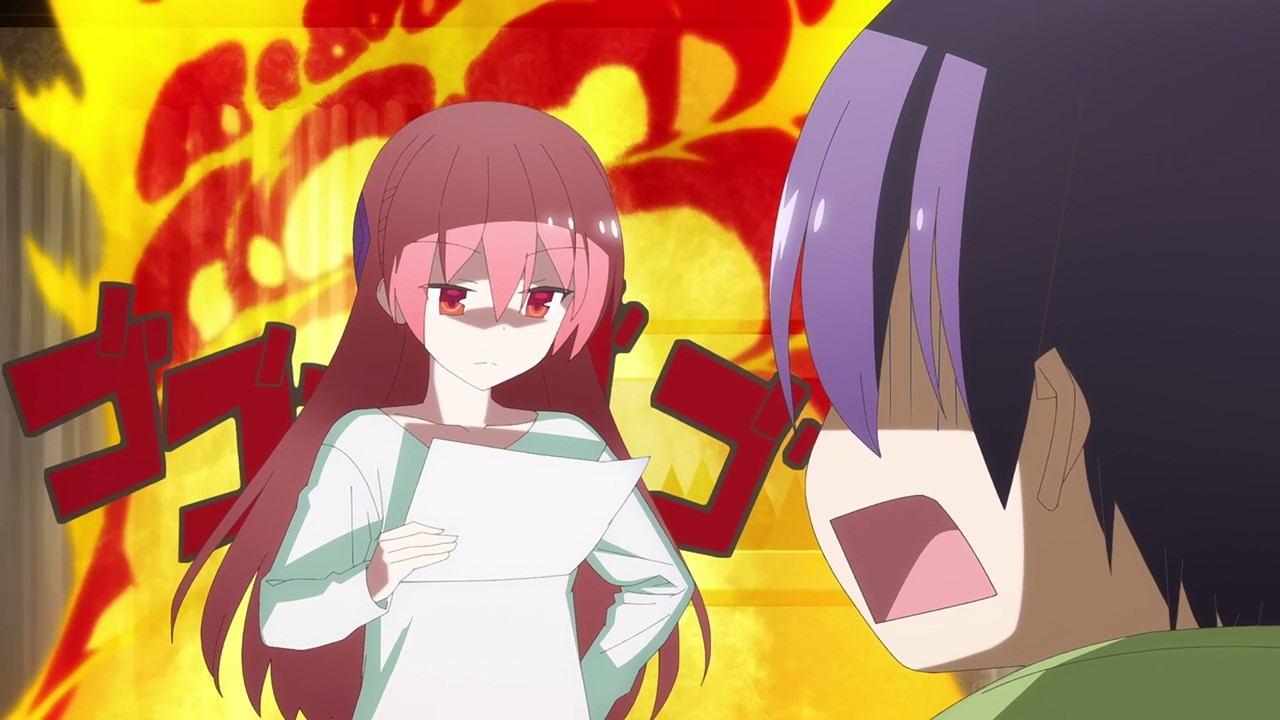 But anyways, Tsukasa-chan has arrived as she’s very upset in regards to that scandalous picture. Well, there goes their marriage! 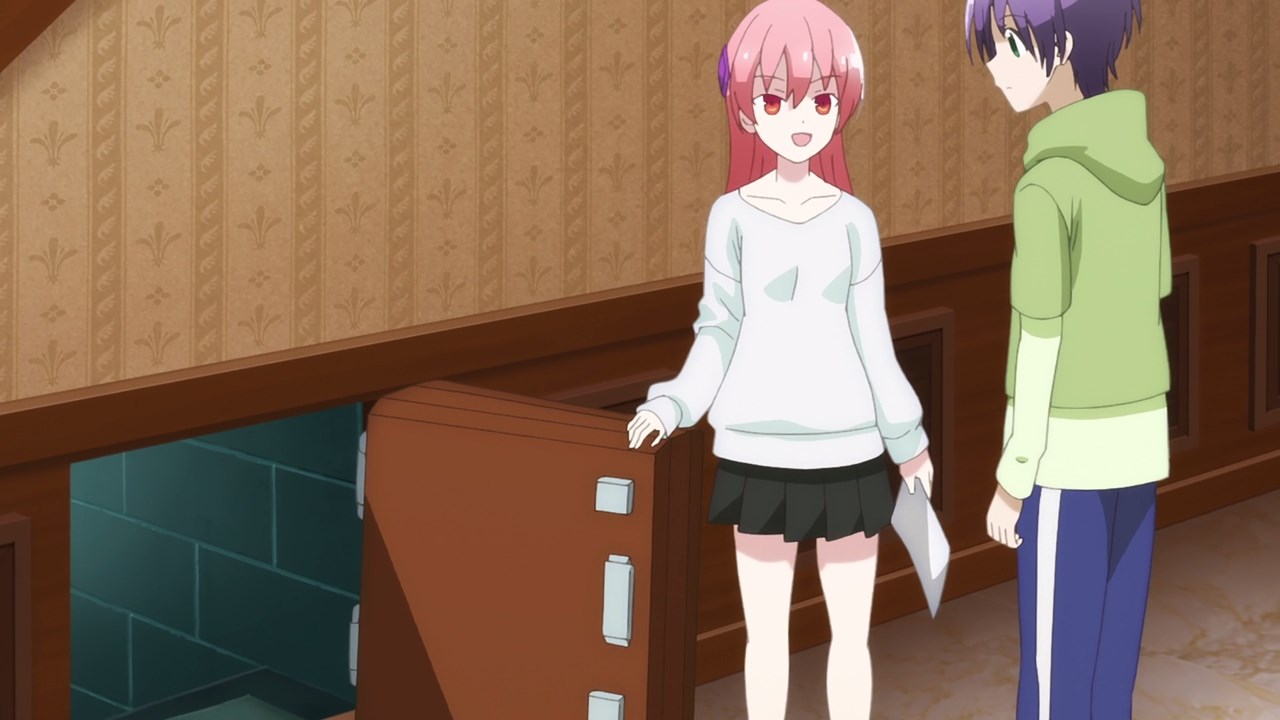 Just kidding, as if Tsukasa will get upset easily over a fabricated photo of her hubby as she help Nasa-kun on their escape.

And here’s the thing though as the Kaginoji mansion has a secret passage that neither Chitose nor her maids know about it. 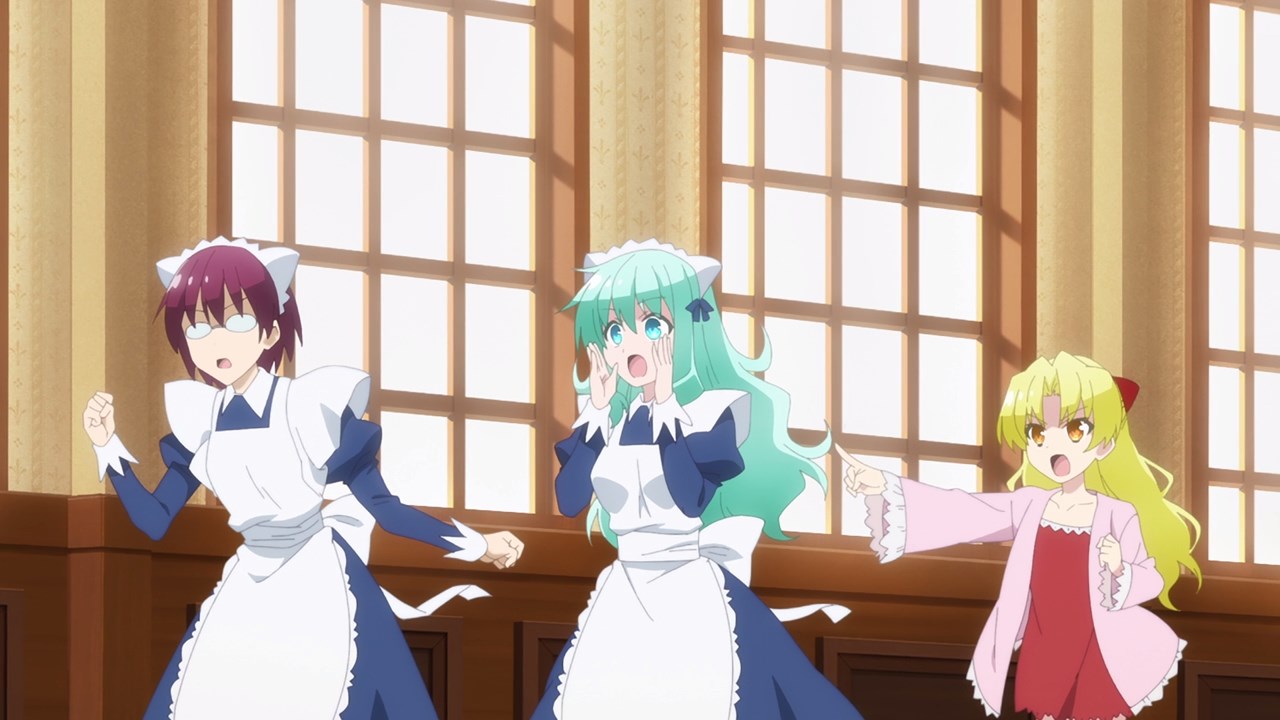 Speaking of Chitose Kaginoji, she and her maids are still searching for Nasa-kun. But during this time, both Nasa Yuzaki and Tsukasa Tsukuyomi are already gone. 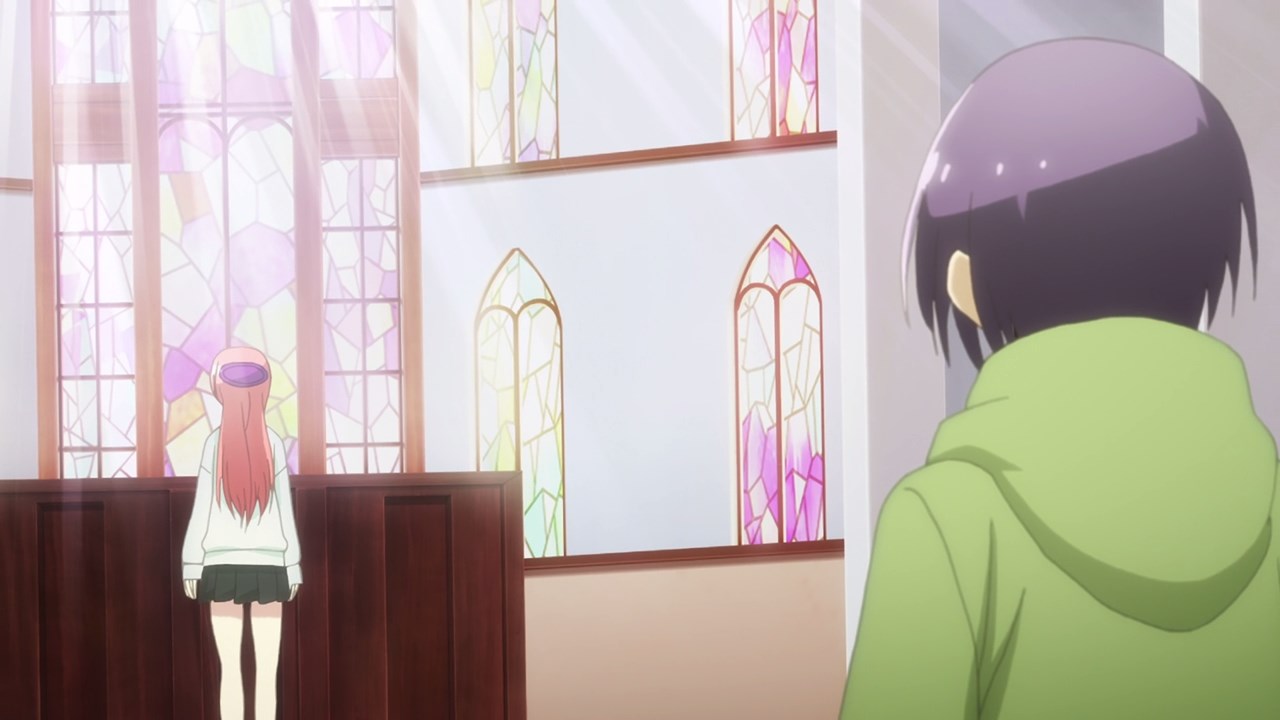 Now then, they finally got out of the mansion as the couple arrived at an abandoned church.

Of course, they can’t make their vows at the moment because Nasa-kun and Tsukasa will have to convince their parents that they’re meant to be together. 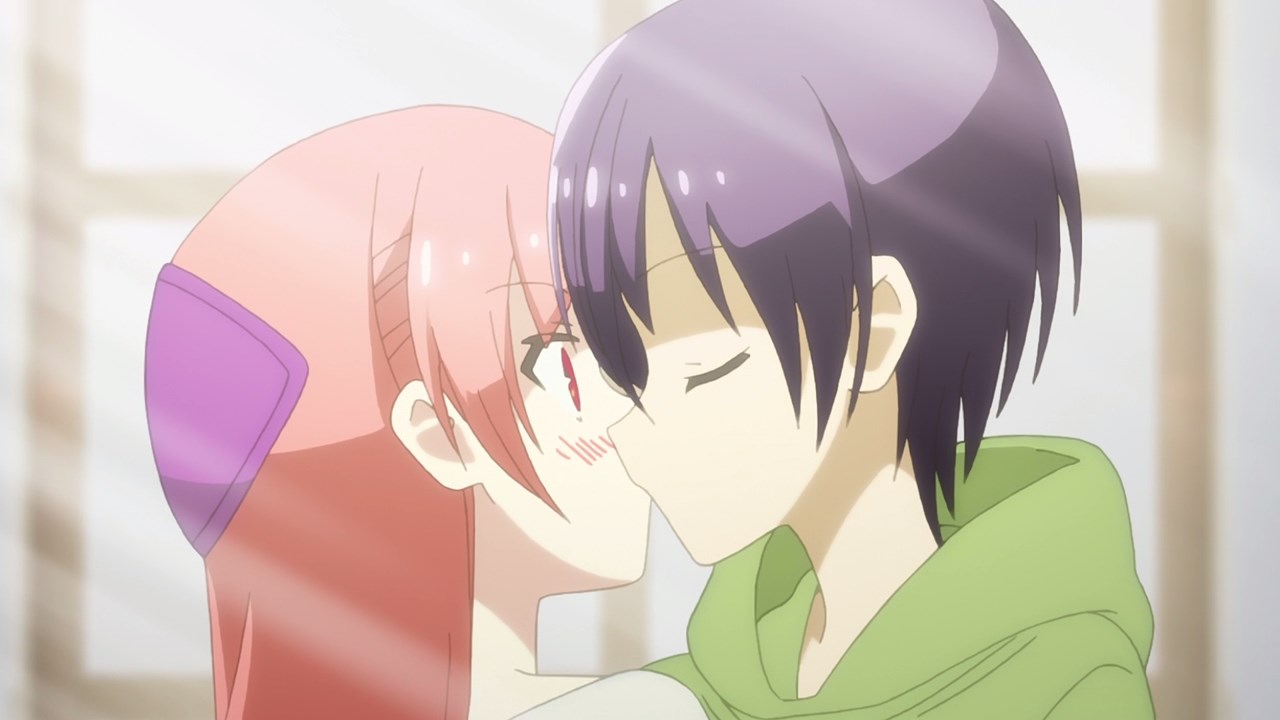 Oh and one more thing, looks like Nasa-kun has decided to kiss Tsukasa on the lips.

What a great way to end this episode but anyways, there will be many challenges that they’ll face in future episodes. With that said, I’ll see you next time!