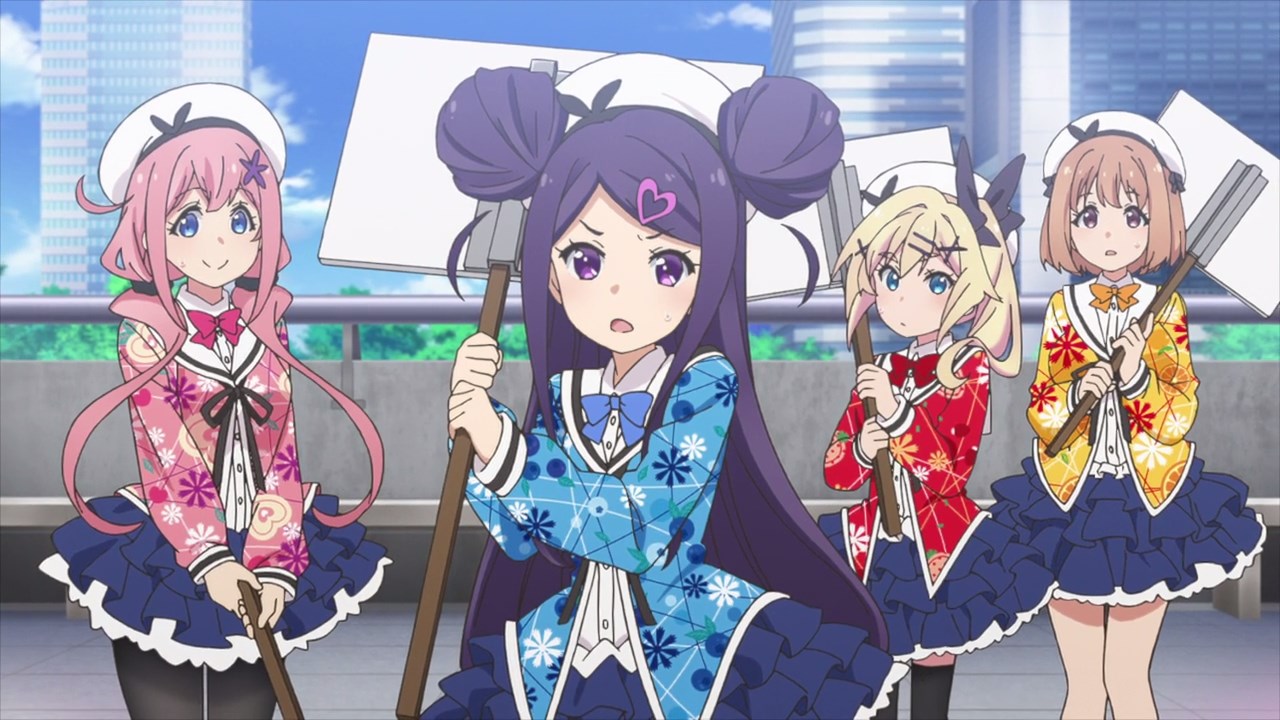 Well everyone, it’s time for Fruit Tart’s concert debut but first, Ino Sakura and the rest must line up the attendees for Cream Anmitsu’s concert.

Basically, the rejects from Rat Productions are acting as volunteer staff for Cat Productions. Man, isn’t it frustrating? 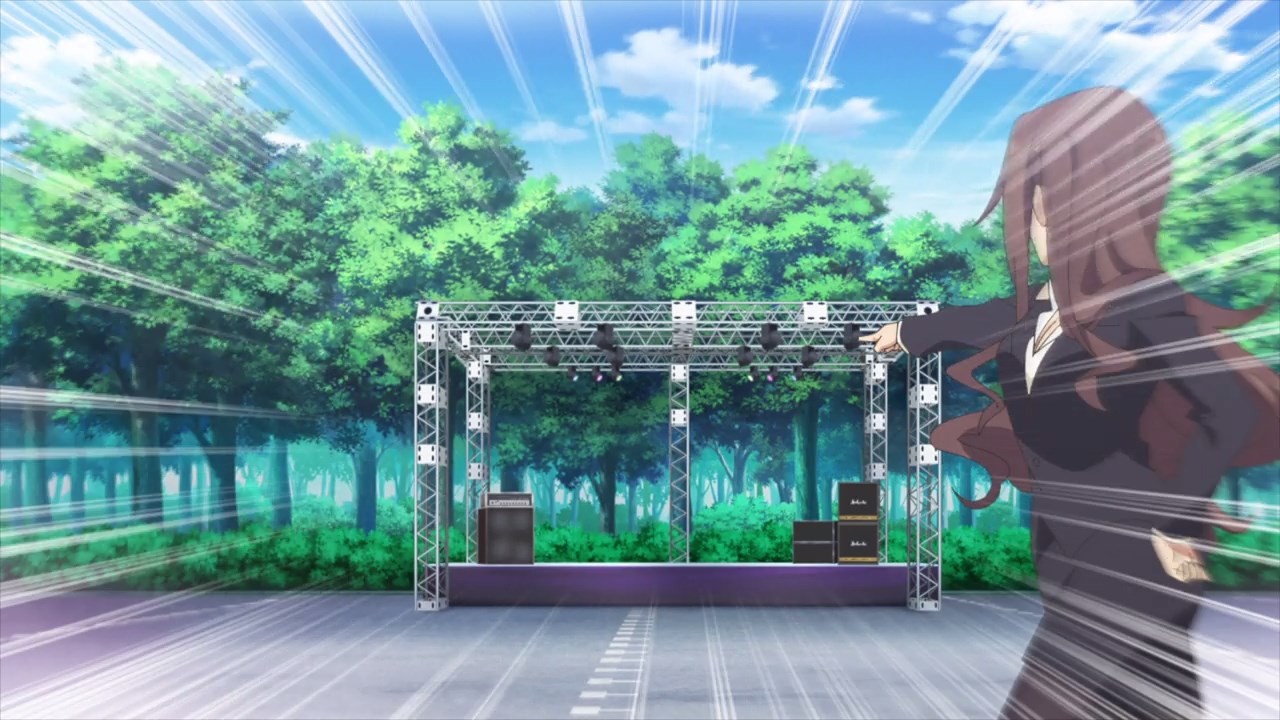 But hey, Hoho Kajino found a venue in which Fruit Tart will perform their first song at a parking lot.

Would it be nice if Fruit Tart will be the opening act for Cream Anmitsu? Then again, Rat Productions are having budget issues at the moment. 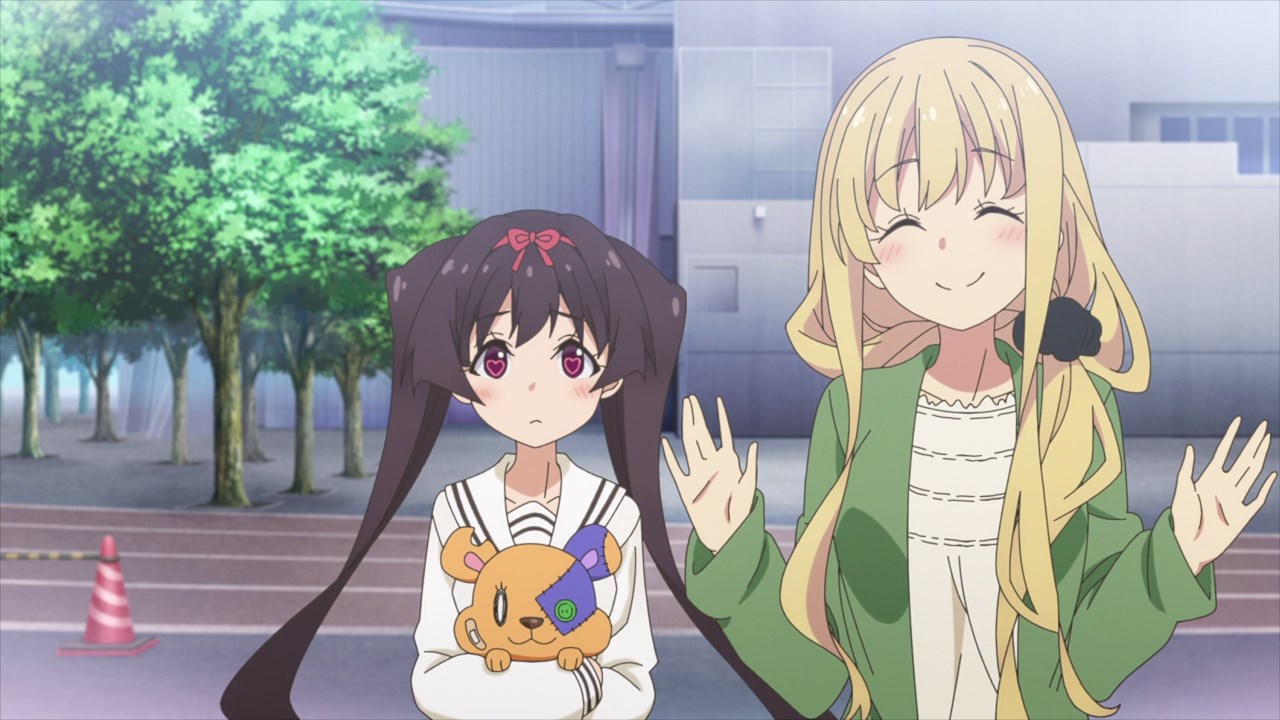 Speaking of Cat Productions, here’s Riri Higashi who is Hoho Kajino’s long-time rival and also a producer. Compared to Kajino where she’s stuck as a manager, Higashi achieved far better than her rival.

Also, Riri-san brought Hemo Midori who is Cat Productions’ most promising talent, although Hemo-chan is a bit shy. 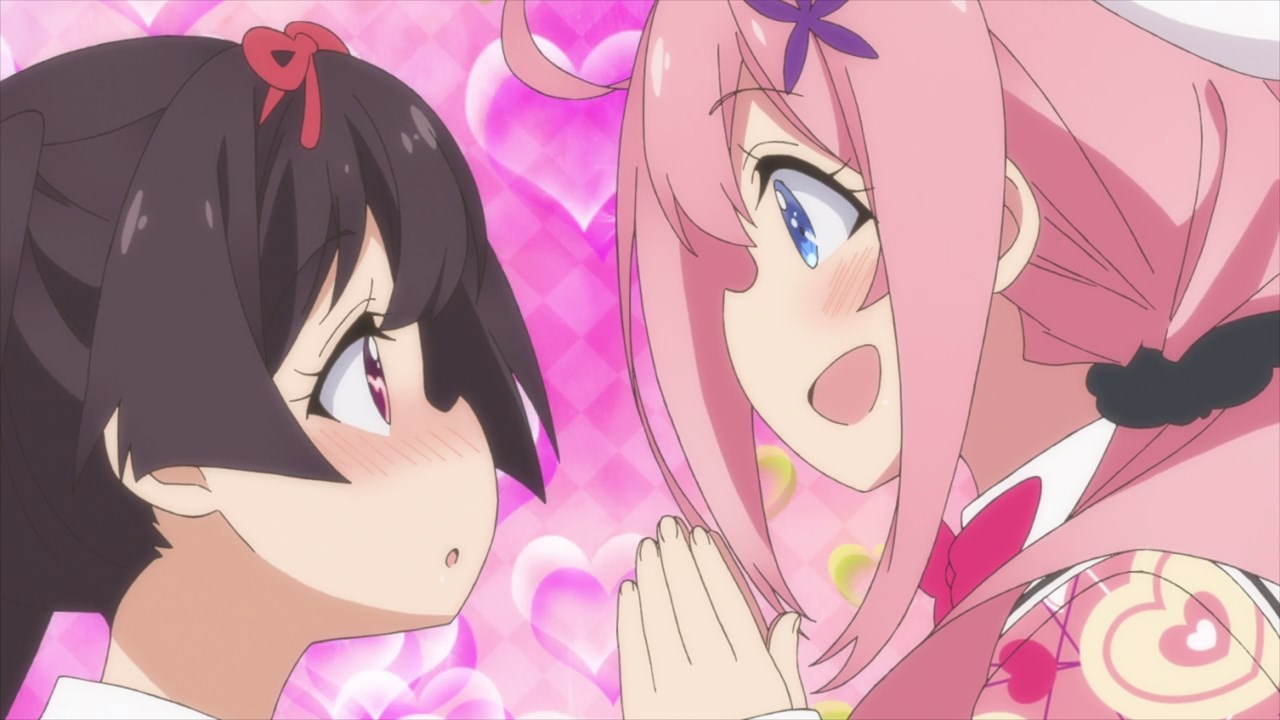 That’s until Ino Sakura went closer to Hemo Midori as she’s really interested on her plushie.

Oh, I thought that Ino is gonna tell Hemo that she’s looking forward to work with her in the future. 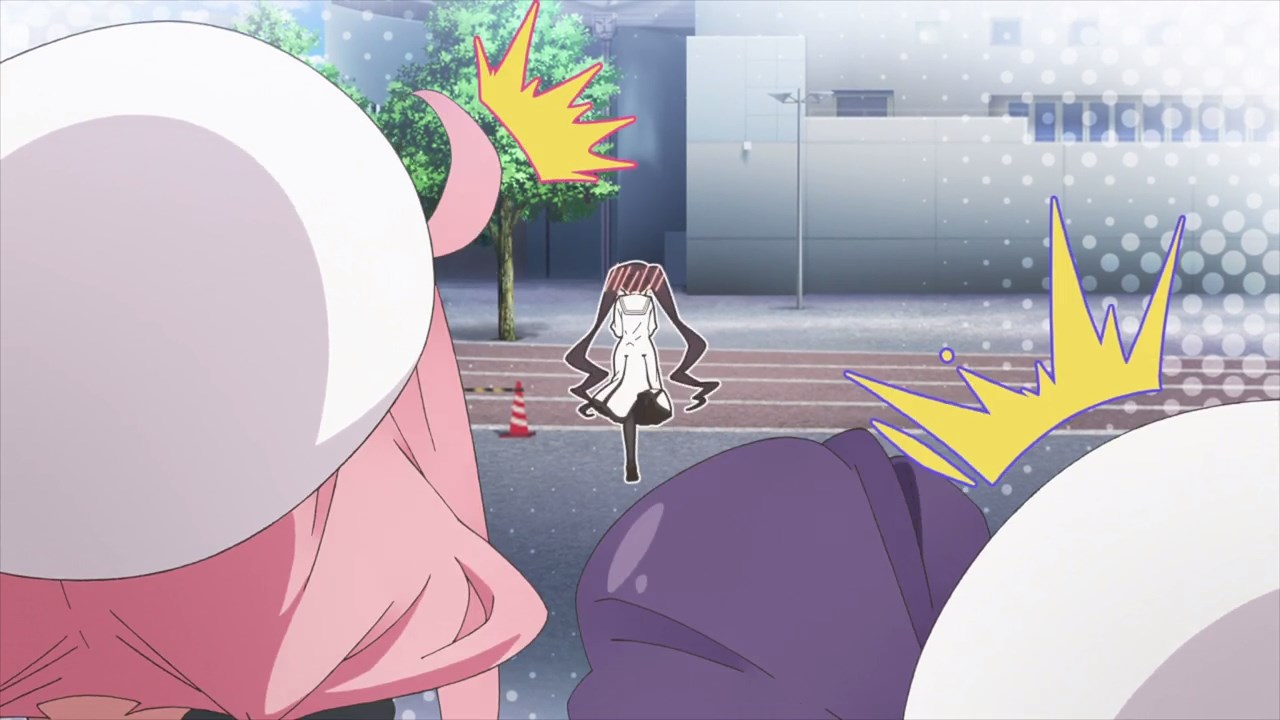 Still, Hemo-chan got startled by Ino that she ran away as fast as possible. Wait, does she have stage fright? 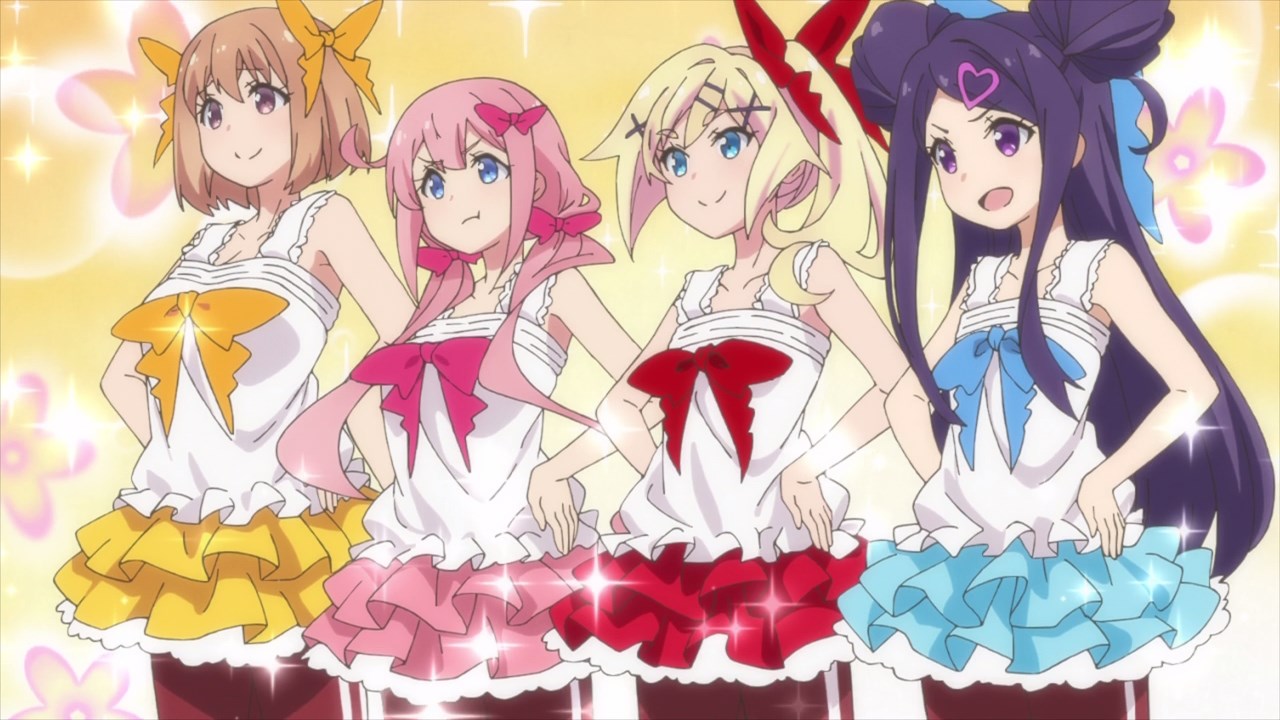 So, Hoho Kajino decides to strip them pants starting with Roko Sekino, although I have a feeling that Kajino might get fired for physical abuse.

Oh by the way, it appears that Cream Anmitsu has arrived where I introduce you to Chiko Sekino, Roko’s taller and younger sister.

You know something, I think they should wear those plumber jumpers from Super Mario Bros in the future. 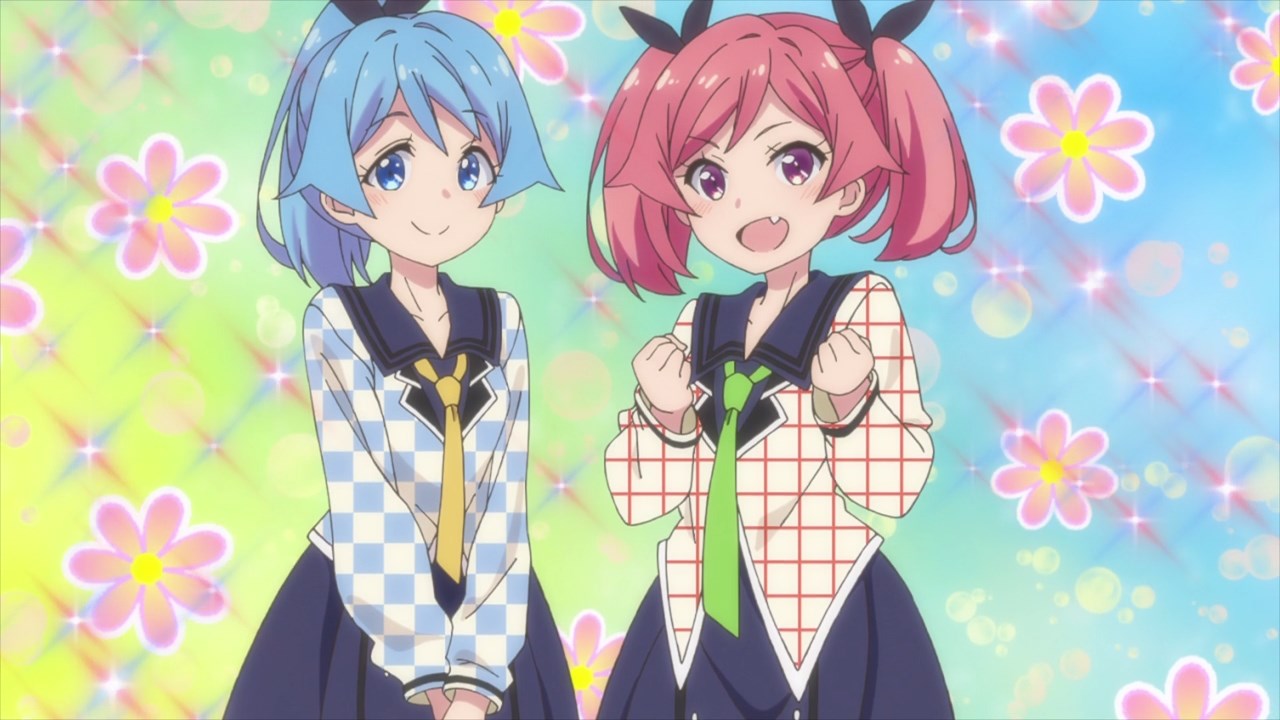 So while they’re being friendly towards Ino Sakura and the rest, Fruit Tart will have to overcome their rivals in the future. 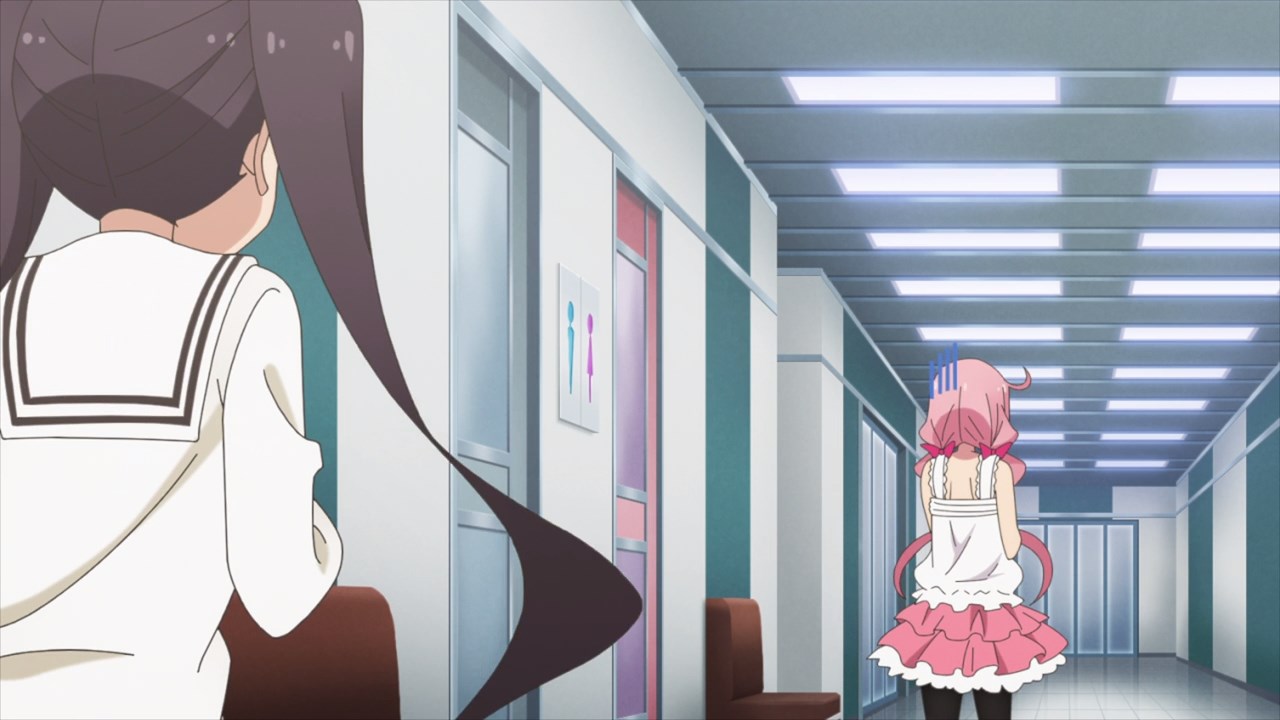 Speaking of Ino Sakura, it appears that she’s very nervous on her first concert that she went to the comfort room to relieve herself, although Ino-chan is being watched by someone else… 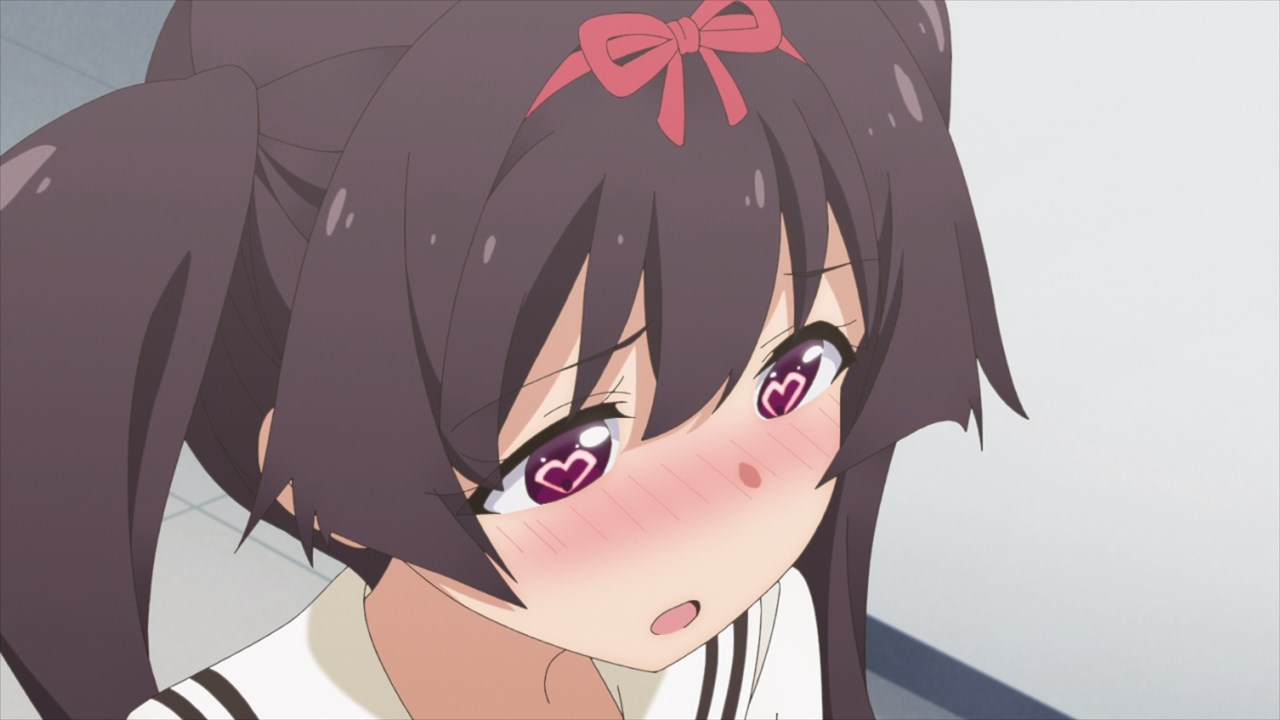 Someone like Hemo Midori where it seems that she has hearts on her eyes. Wait a minute, Hemo when from a timid girl into a stalker! 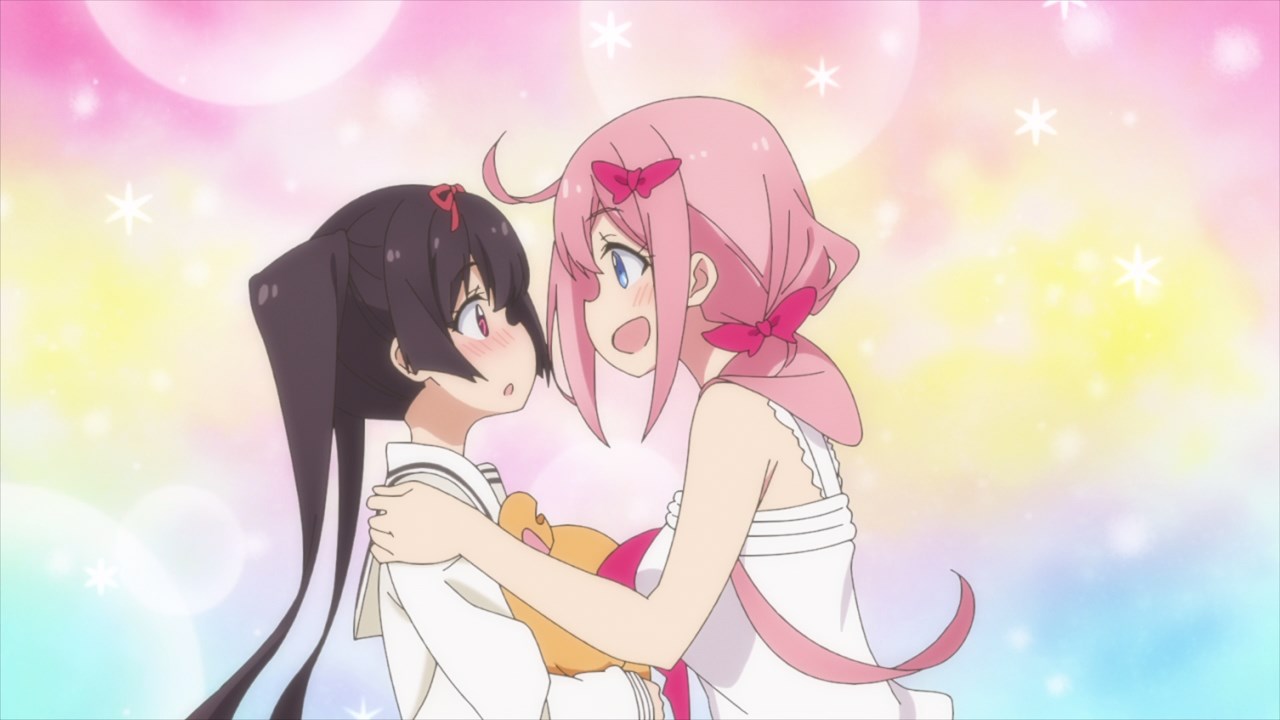 Of course, Ino Sakura will make an outstanding performance together with her friends as she wants Hemo Midori to see them sing and dance. Oh I hope Hemo-chan will see them perform later. 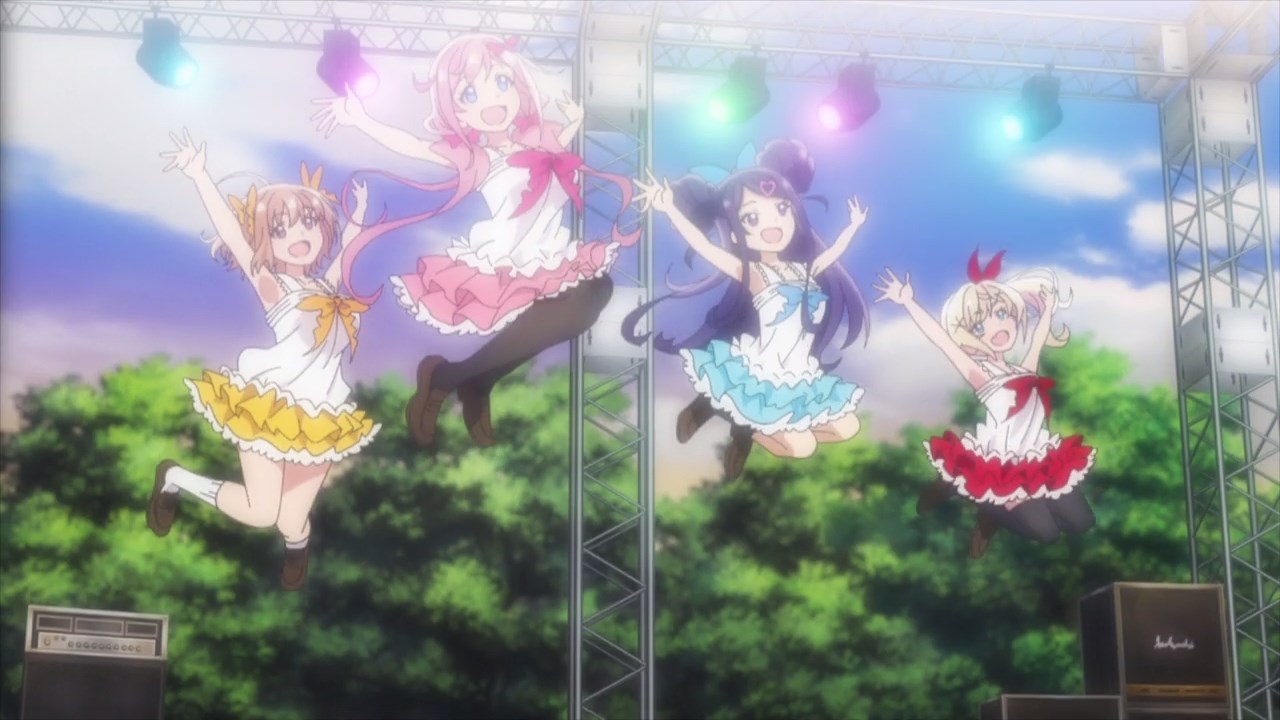 But anyways, looks like Fruit Tart made a successful concert even though they’re performing at a parking lot. Also, shout-outs to Houbunsha for the Kirara Jump! 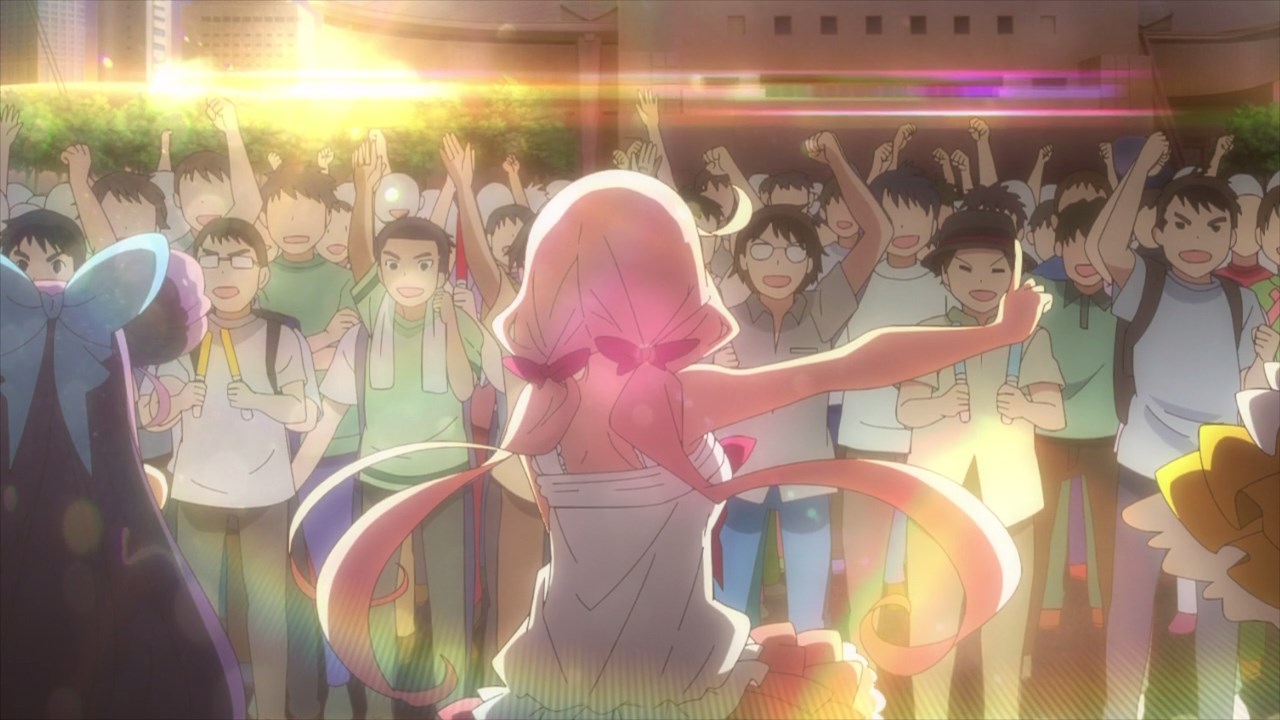 Oh and the crowd loved their performance as they’re looking forward for Fruit Tart’s success. Of course, Ino Sakura and the rest will need to make another song because c’mon, I don’t want them to become a one-hit wonder. 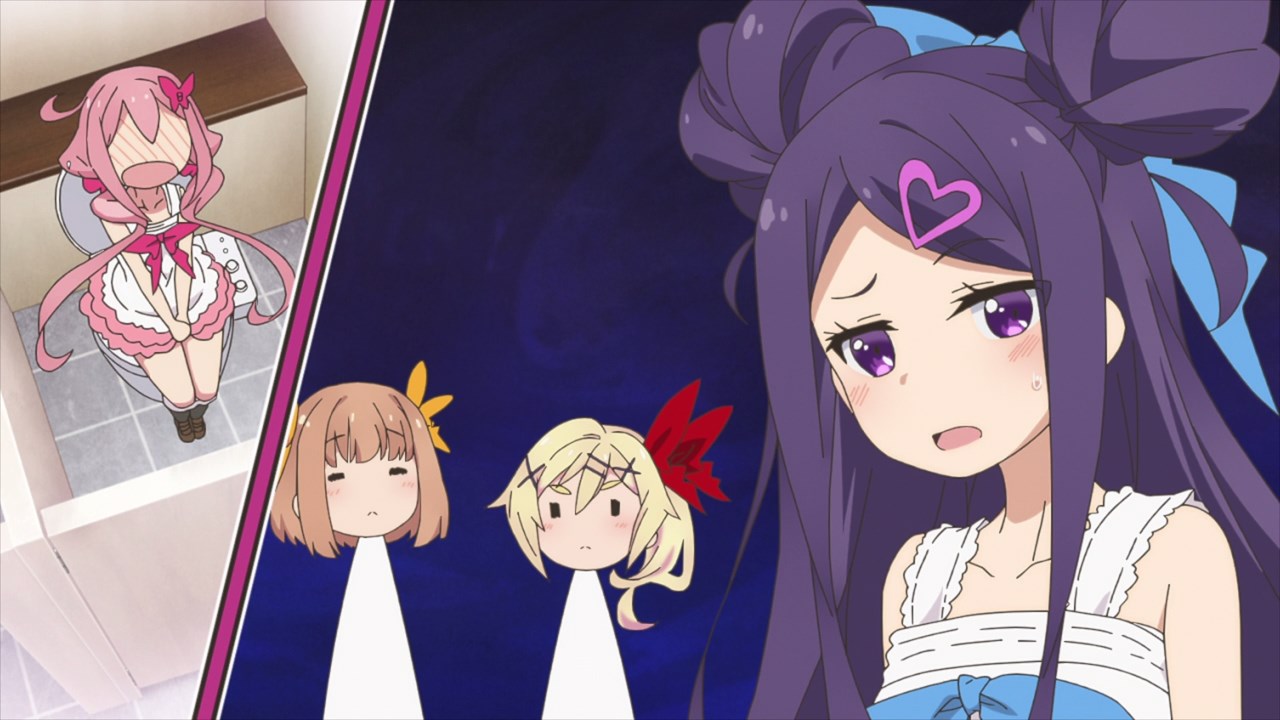 Then again, they still have some work to do as Roko Sekino and the rest will need to overcome their weaknesses. Also, looks like Ino Sakura went to the toilet again.

Anyways, tune in next time and I wish them good luck for their upcoming concert… if Fruit Tart will have one.