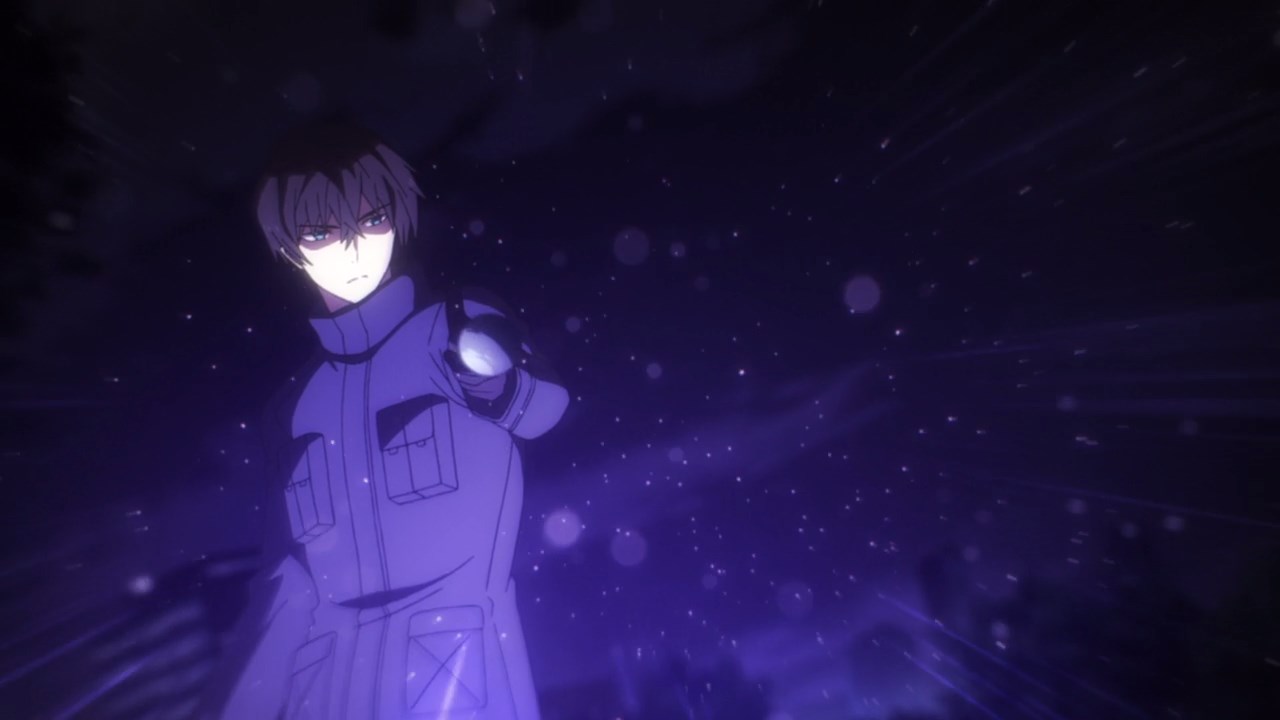 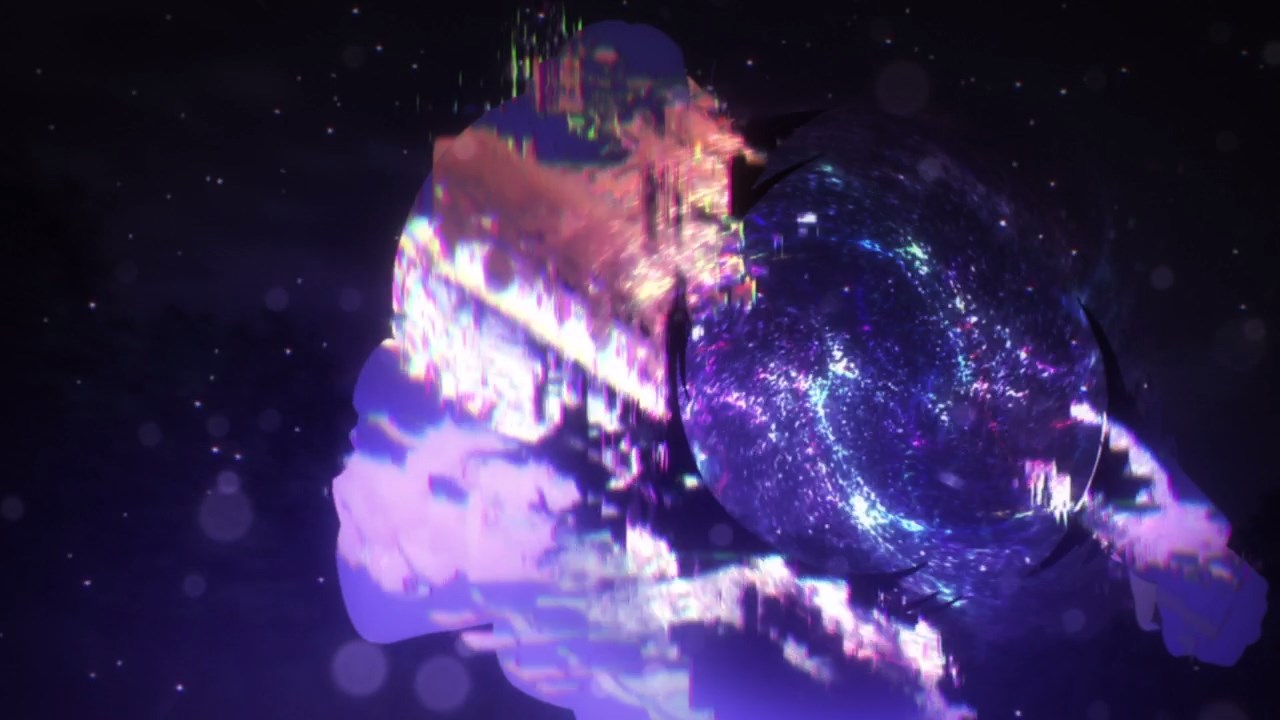 …or should I say Angelina Kudou Shields, but it appears that the commander of the Stars couldn’t be beaten easily as her body is nothing but an illusion. 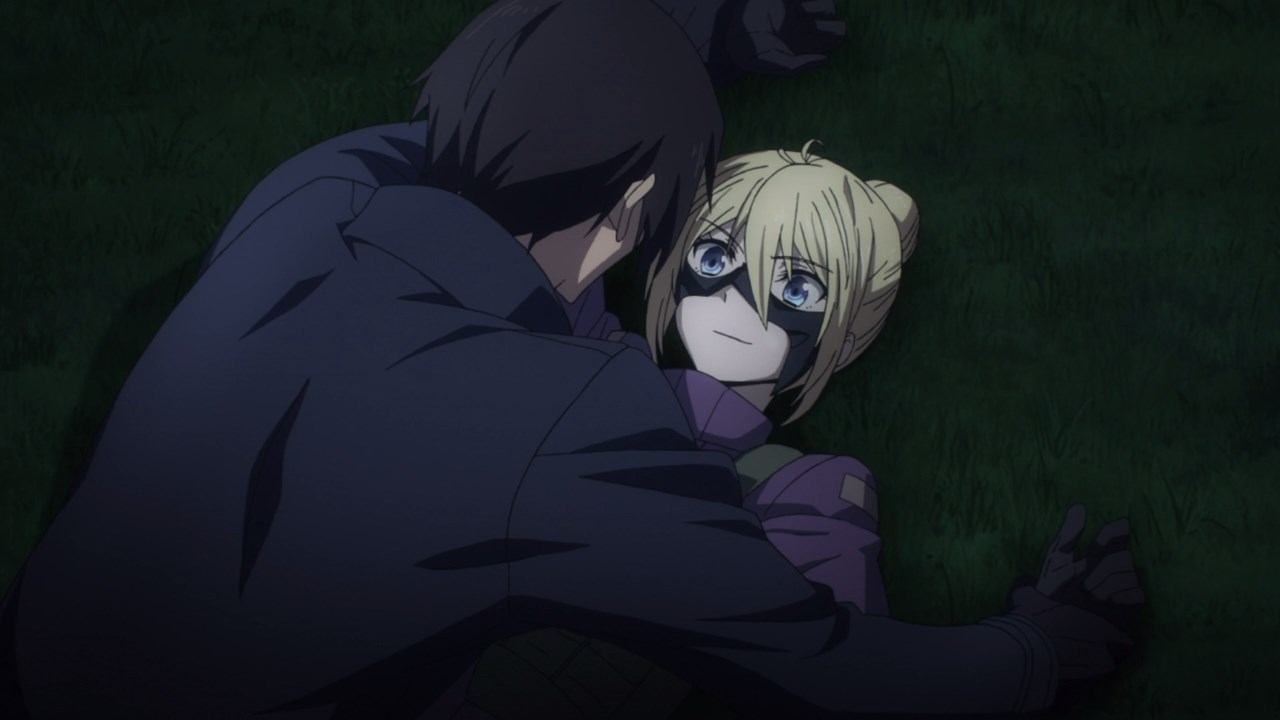 But that doesn’t stop Tatsuya Shiba from capturing Angelina Kudou Shields. Then again, I think that he’s in a sticky situation where he’s on top while Lina is on the bottom. 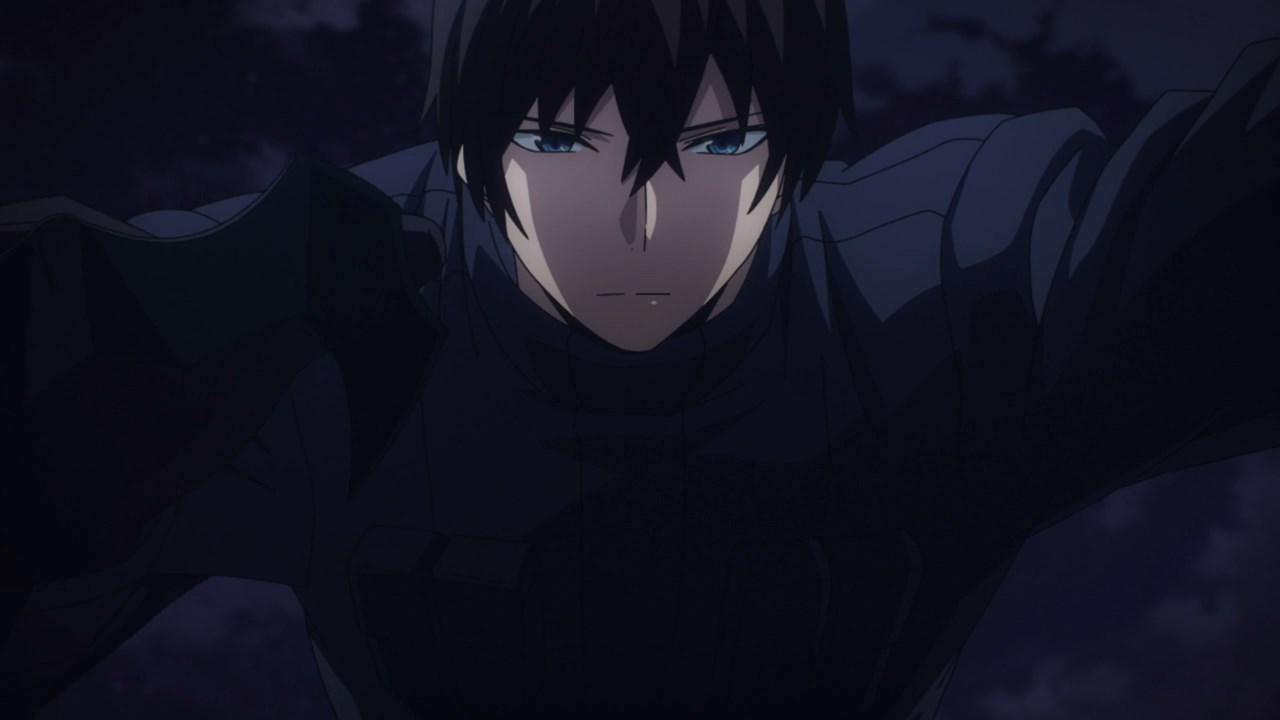 Of course, he doesn’t care as Tatsuya removes Lina’s mask and tries to ask her various questions, especially when it comes to those vampire attacks made by rogue USNA agents. 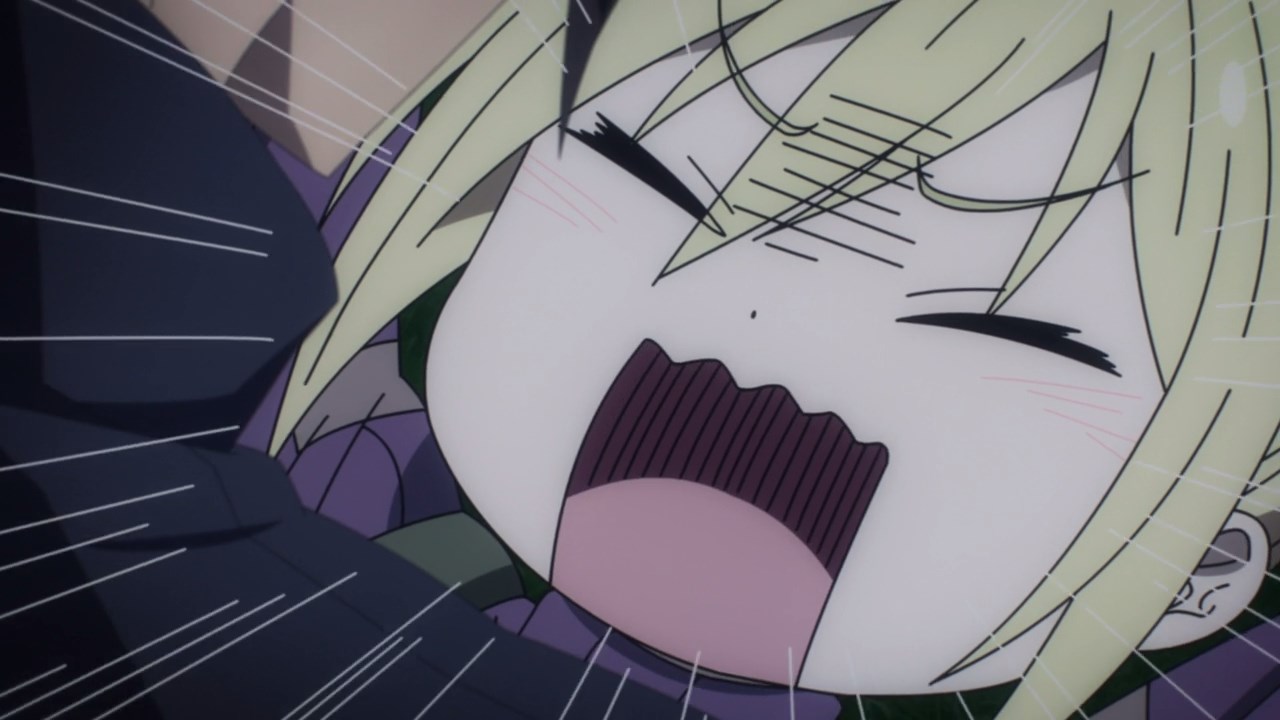 Unfortunately for Tatsuya, Angelina won’t answer his questions as she calls for help. C’mon, it would be bad for Tatsuya if the police arrest him for attempted rape. 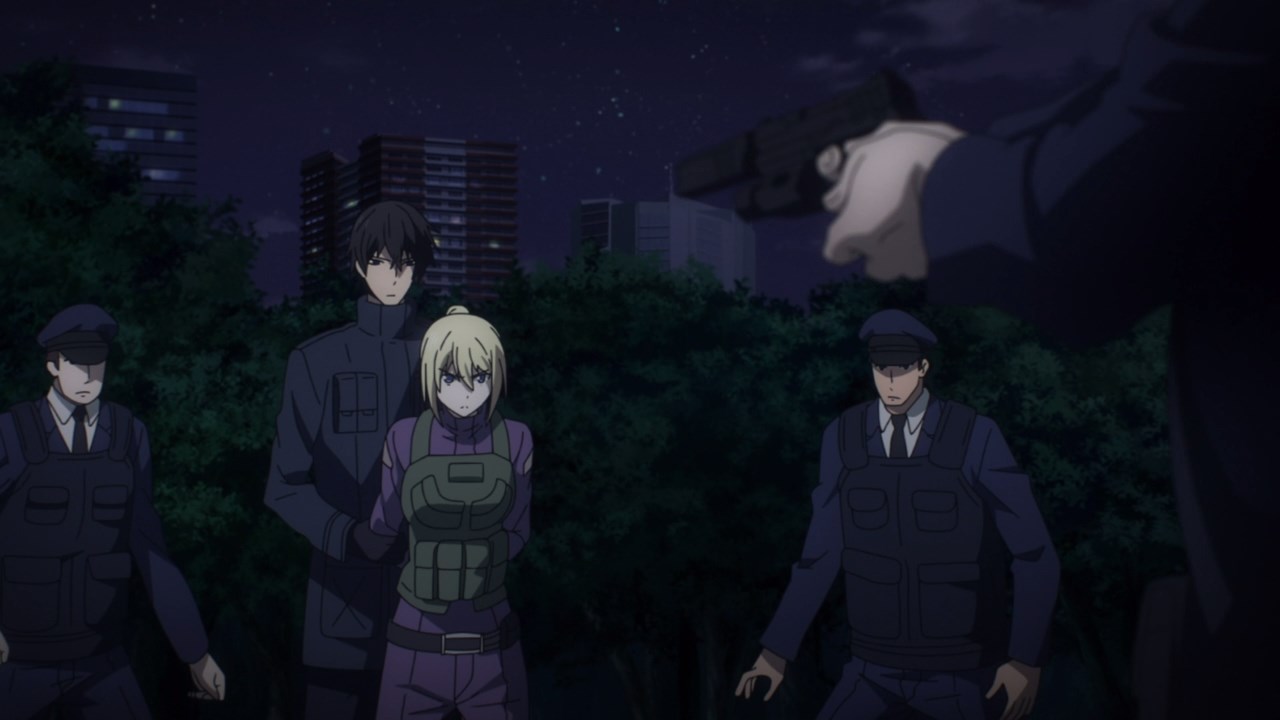 In any case, the police have arrived as they want Tatsuya to let the woman go. Man, if only someone would rescue him on this sticky situation… 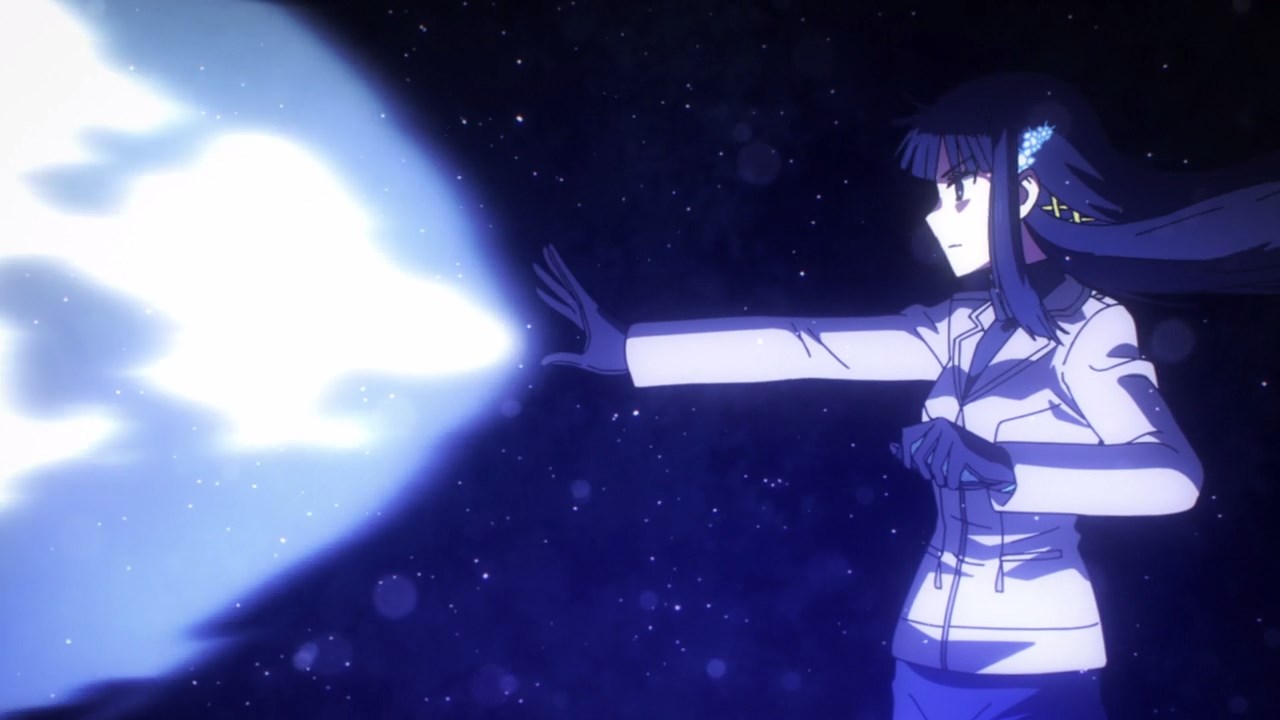 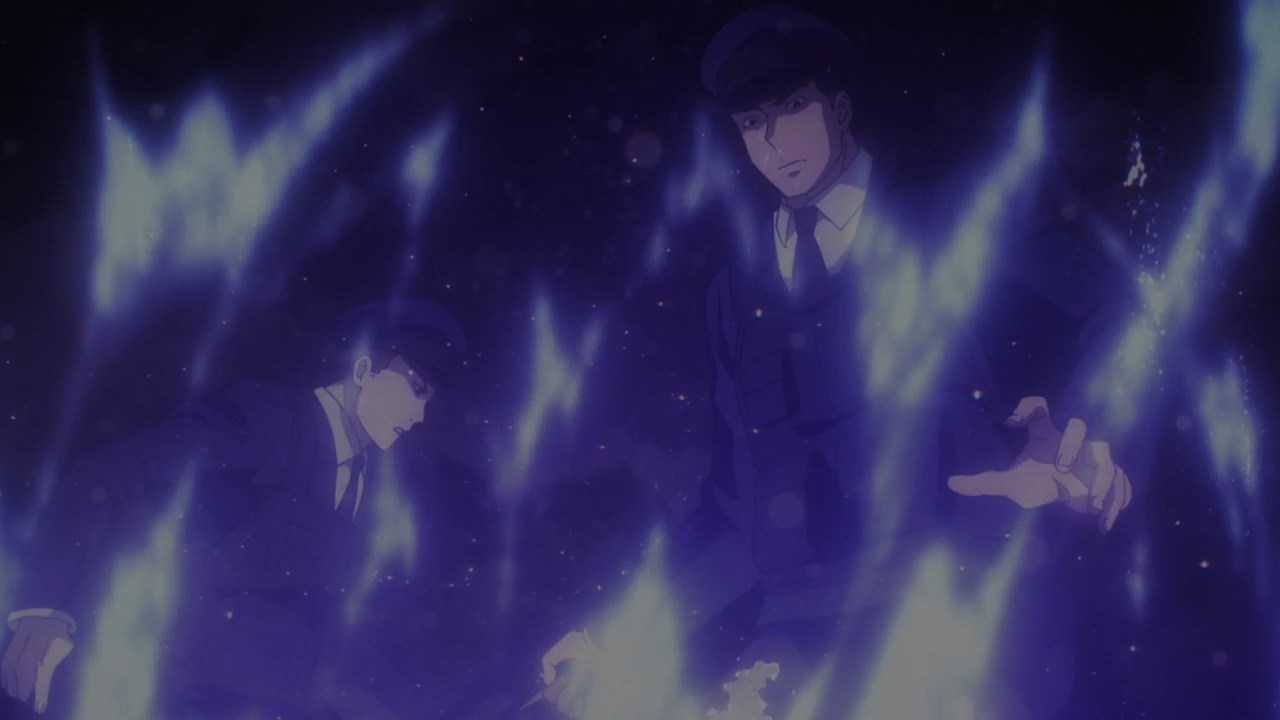 Not to worry though as Miyuki Shiba has arrived to freeze the authorities. Then again, I think she went overboard when it comes to stopping the police. 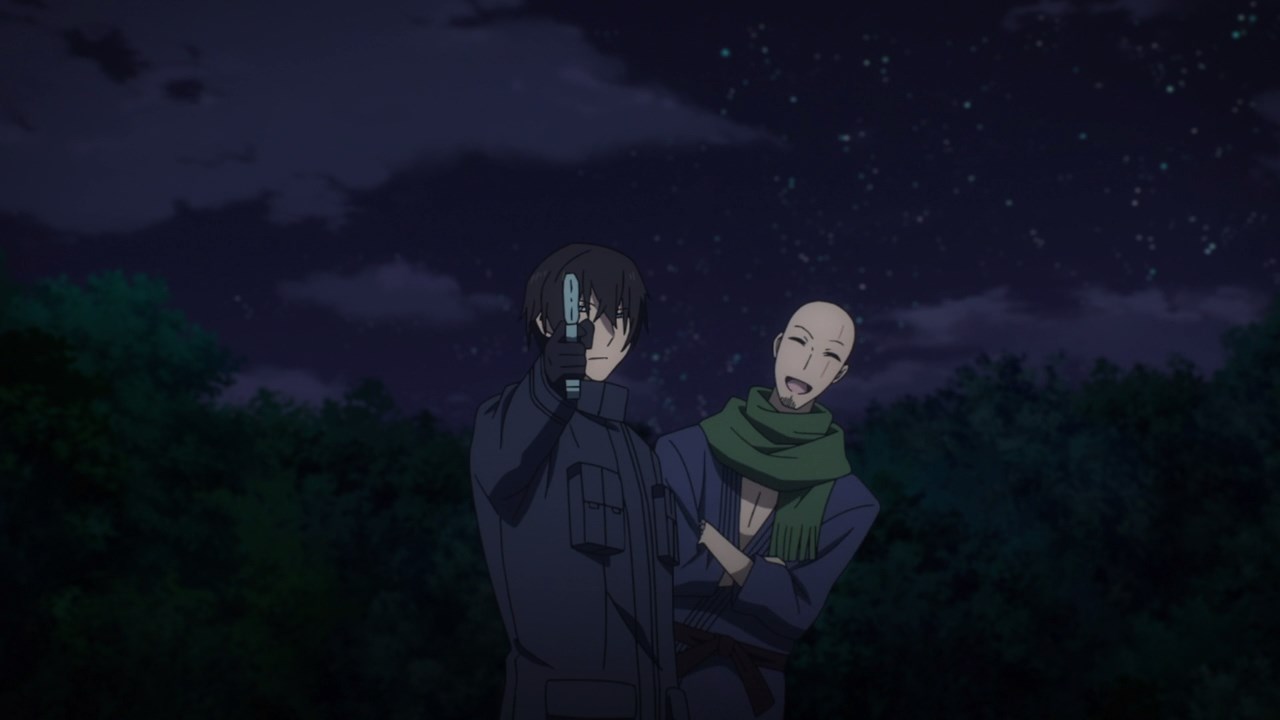 Also, Yakumo Kokonoe is here too but he doesn’t need to do anything as Miyuki Shiba already took care of the police.

Now, the only thing they need to worry about is Angie Sirius (or Angelina Kudou Shields) as Tatsuya wants some answers from the Stars commander. 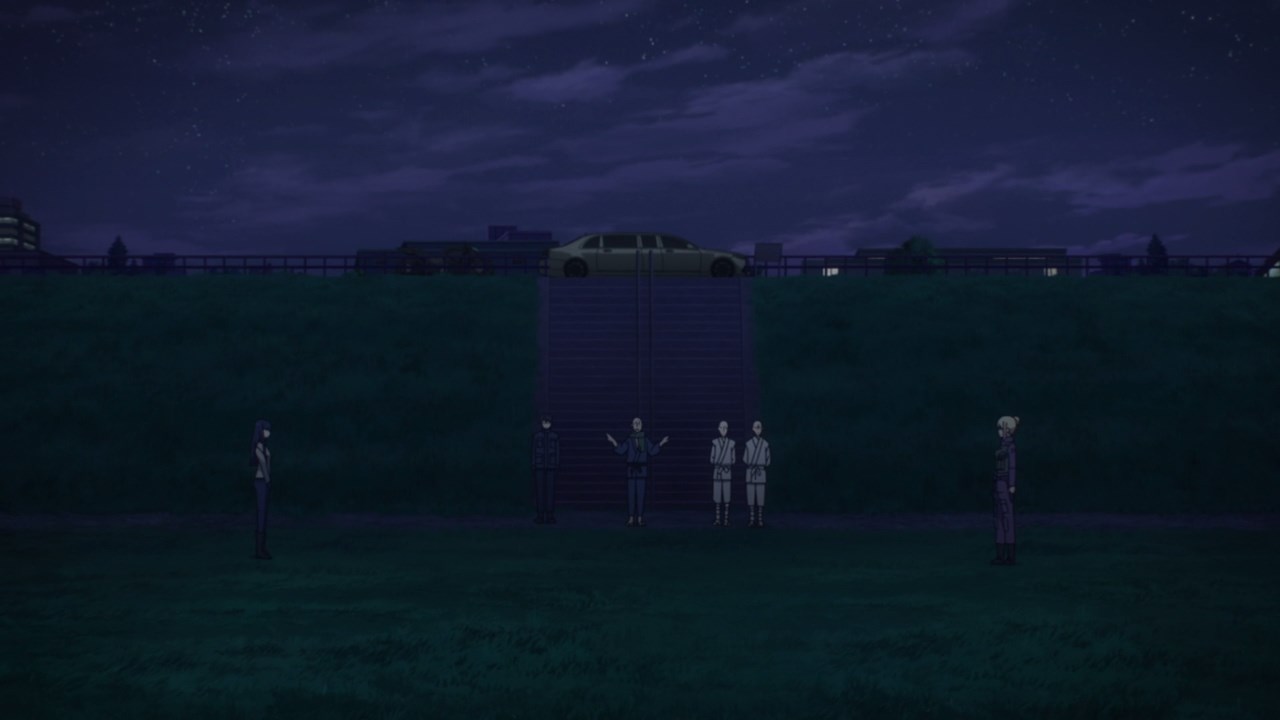 Of course, Lina refused to answer his questions so she decides to challenge him, but Miyuki steps in to challenge the USNA agent instead since Tatsuya might kill Lina. 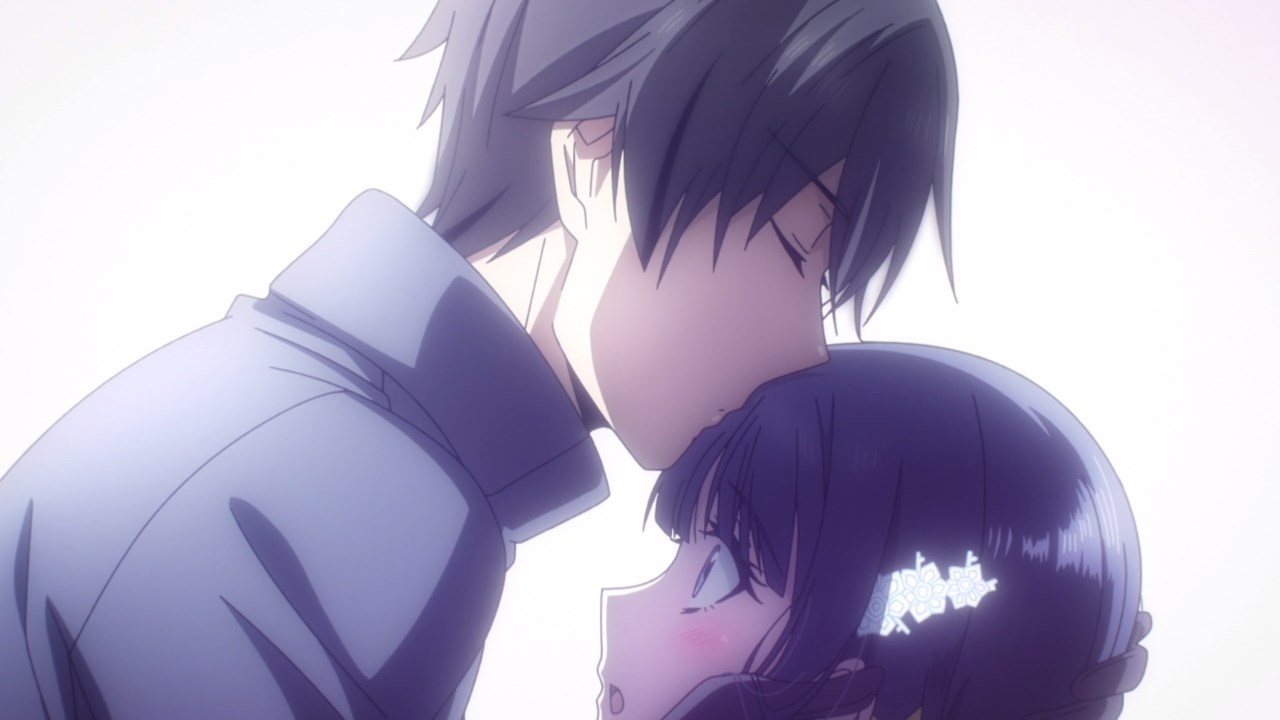 But first, Tatsuya needs to unlock Miyuki’s limiter since she’s facing a powerful USNA operative. C’mon, Miyuki already did that to Tatsuya back in Season 1 so he’s repaying the favor.

On the other hand, they should have kissed in the lips already but then again, it’s embarrassing for Miyuki to be seen by everybody when she receives an intimate kiss from her brother. 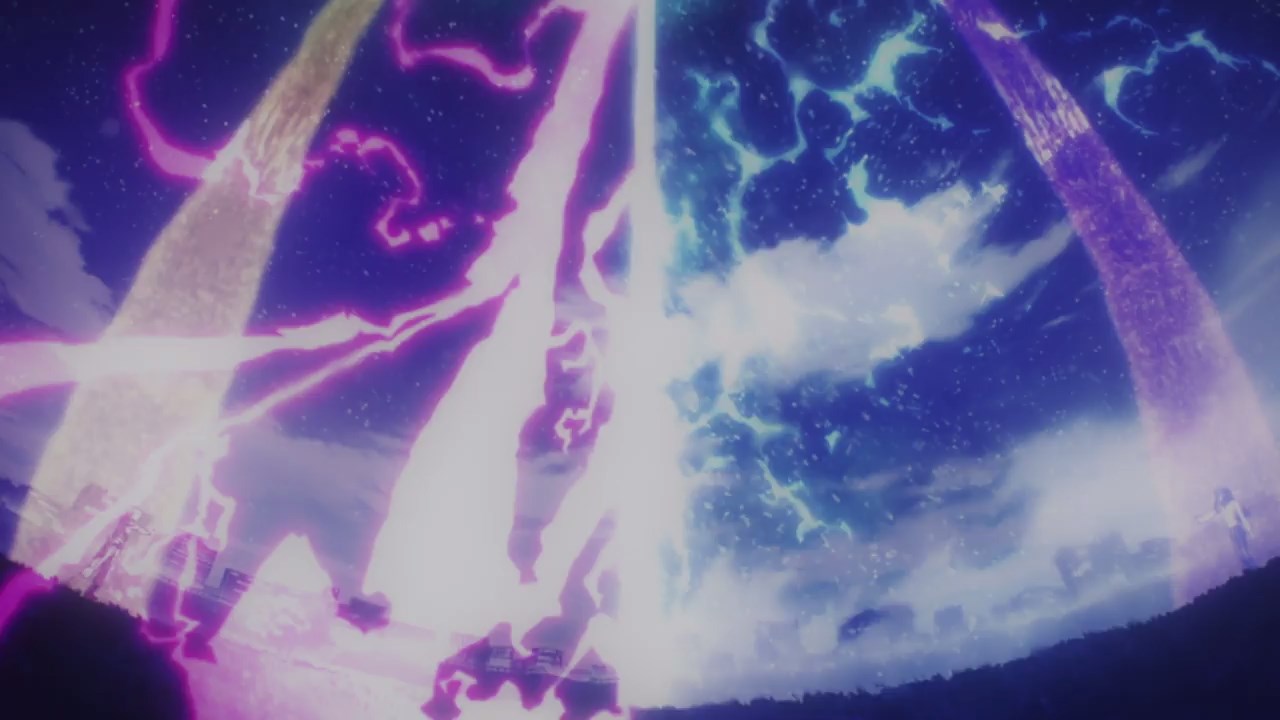 With that said, looks like both girls are ready to let it rip at the riverbank with their magic. Sure that Lina has a slight advantage but thanks to Tatsuya unlocking Miyuki’s powers, they’re evenly-matched. 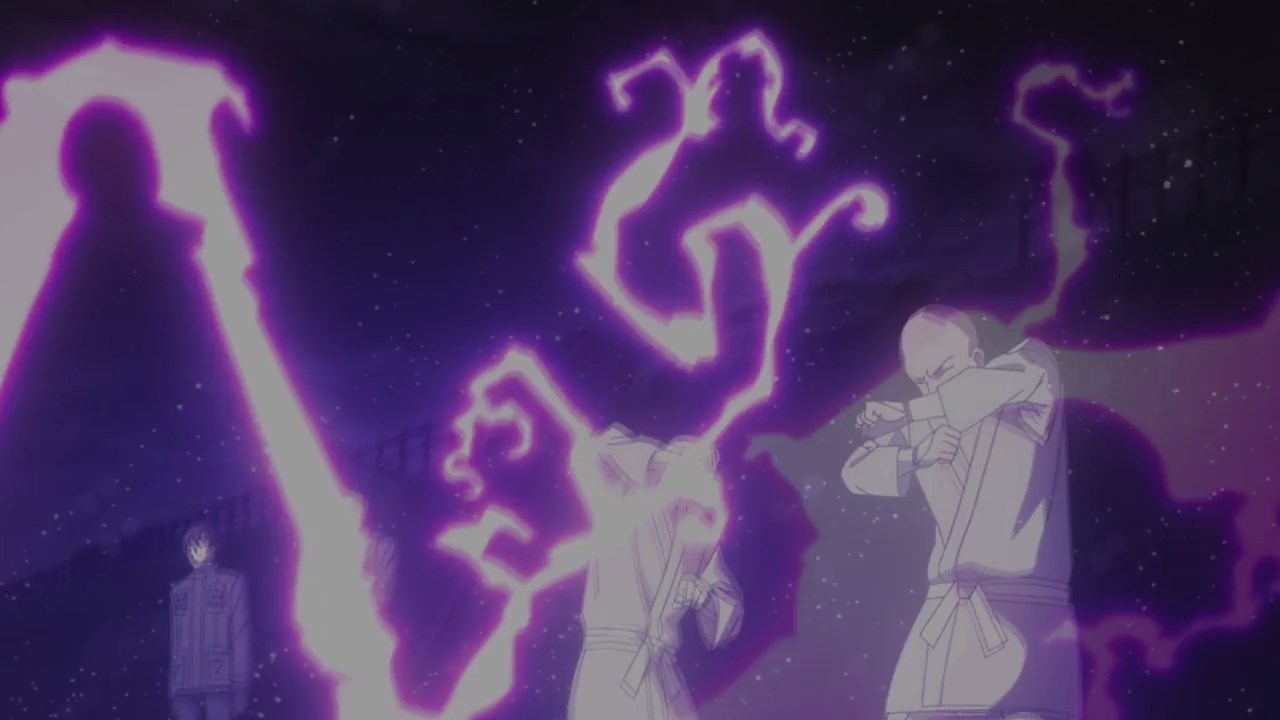 Then again, both Lina and Miyuki might kill each other since their powers are off the charts, therefore Tatsuya decided to call the duel off or they might kill some passerby.

Oh yeah and as for Angelina Kudou Shields? She has decided to answer Tatsuya Shiba’s questions especially when it comes the recent attacks done by Deimos Second and his vampire operatives. 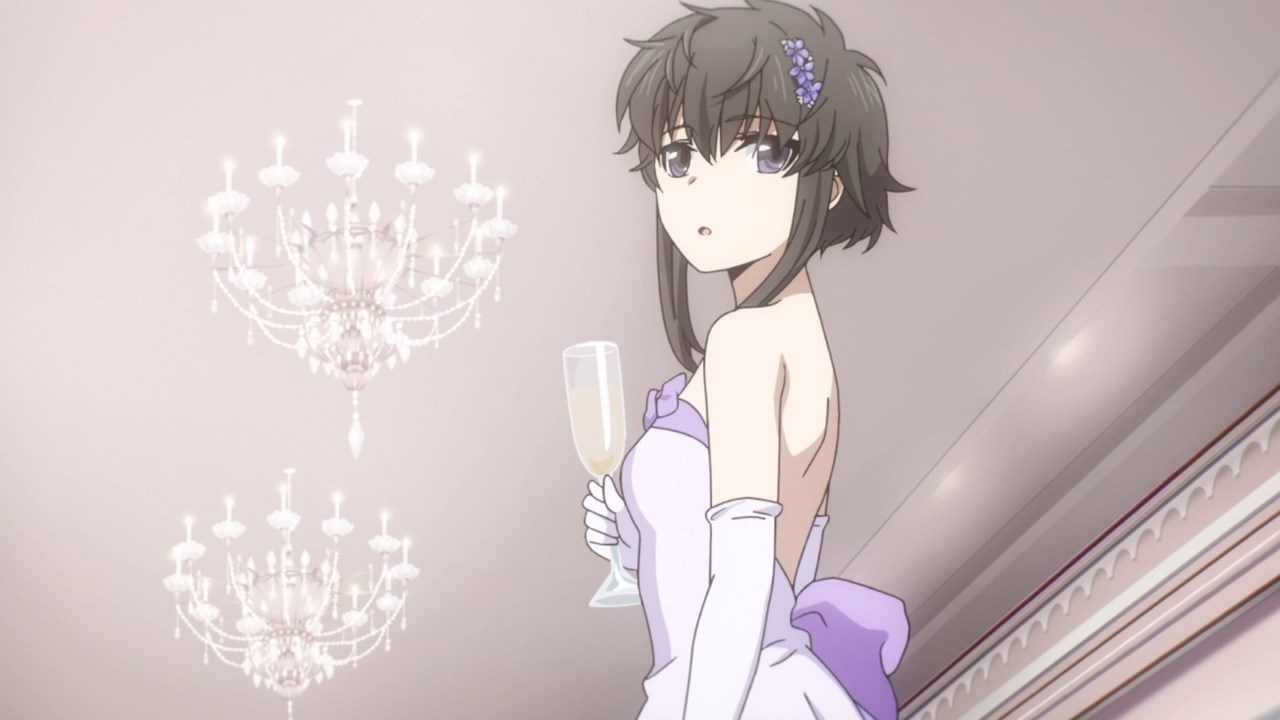 Meanwhile, let’s focus on Shizuku Kitayama where she’s enjoying her prom night as Tia. Gotta say that her gown is lovely. 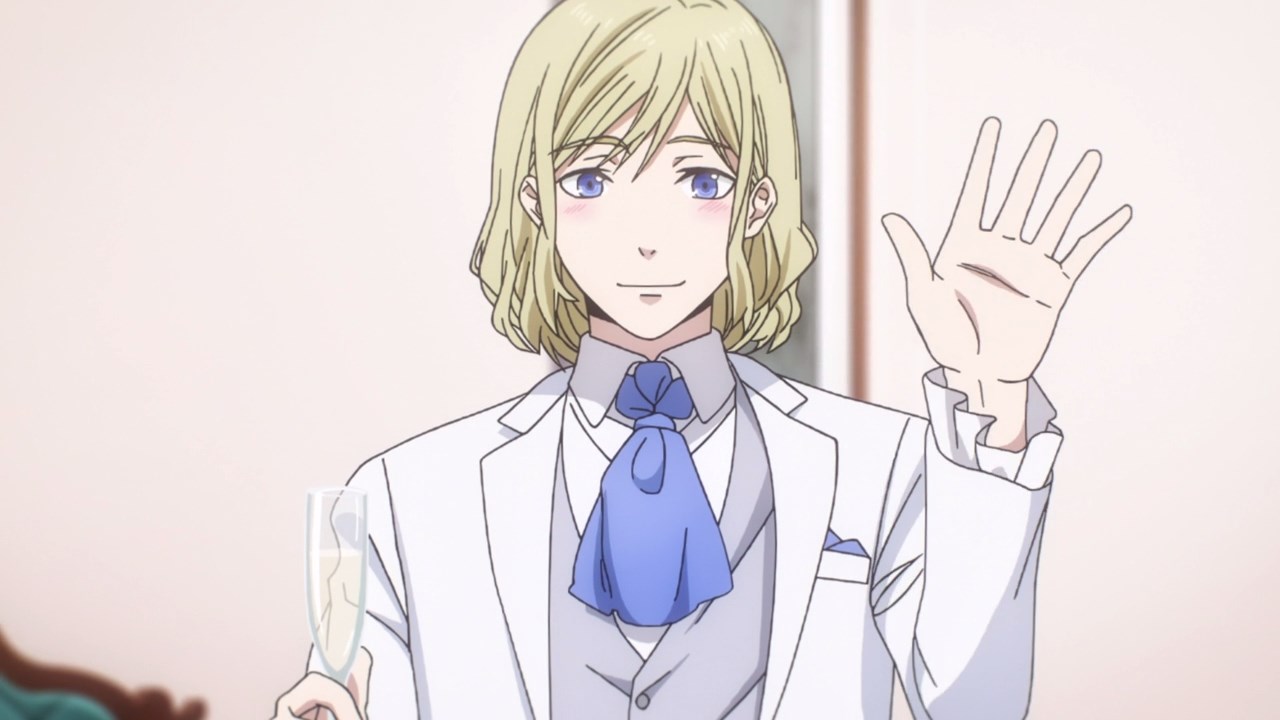 Oh, and I would like you to meet Ray where he’s actually Shizuku’s (or Tia’s) dance partner, but there’s more than just a guy who happened to attend a promenade.

You see, Ray has information that might somewhat explain the attacks done by rogue USNA agents. For one, there are reports that the USNA are experimenting on creating micro black holes, although its relationship with the recent vampire attacks is not yet clear as the armed forces are highly-secretive in regards to their military experiments. 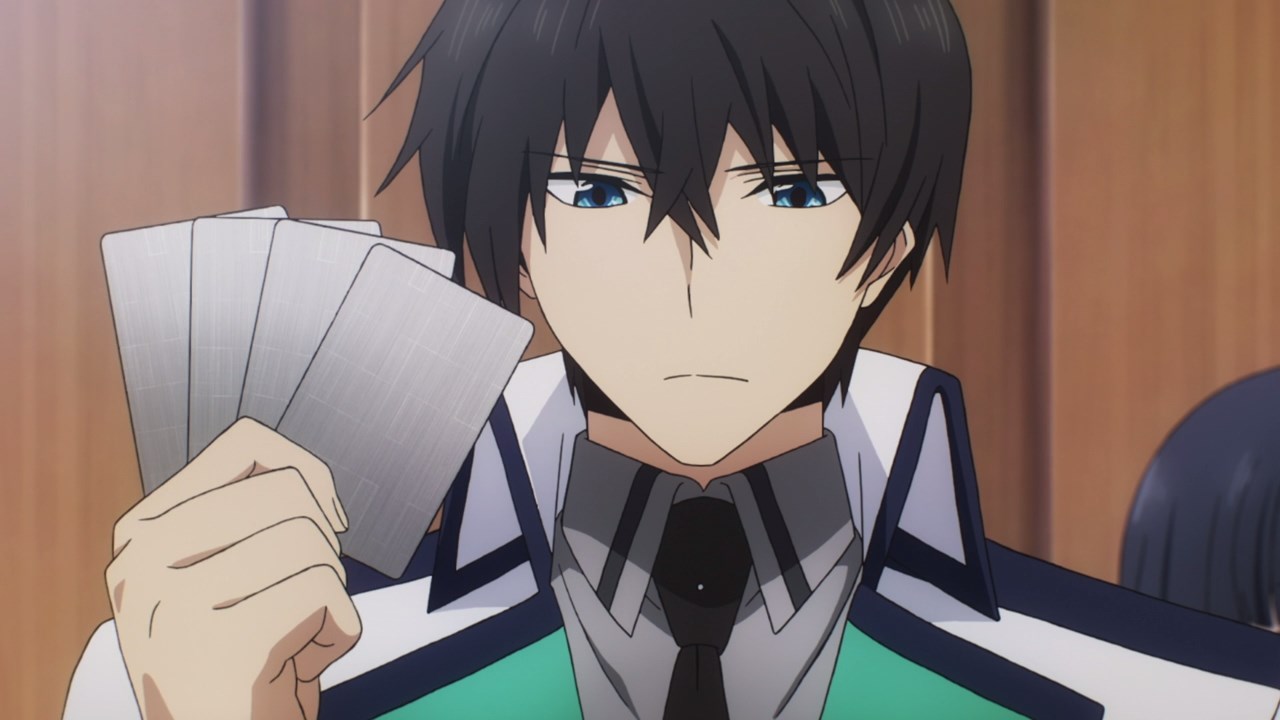 With that said, I think the only way to find more answers is for Tatsuya Shiba to capture one USNA operative, although he needs some help from his friends, as well as Mayumi Saegusa and Katsuto Juumonji in which they’re already involved with the case. 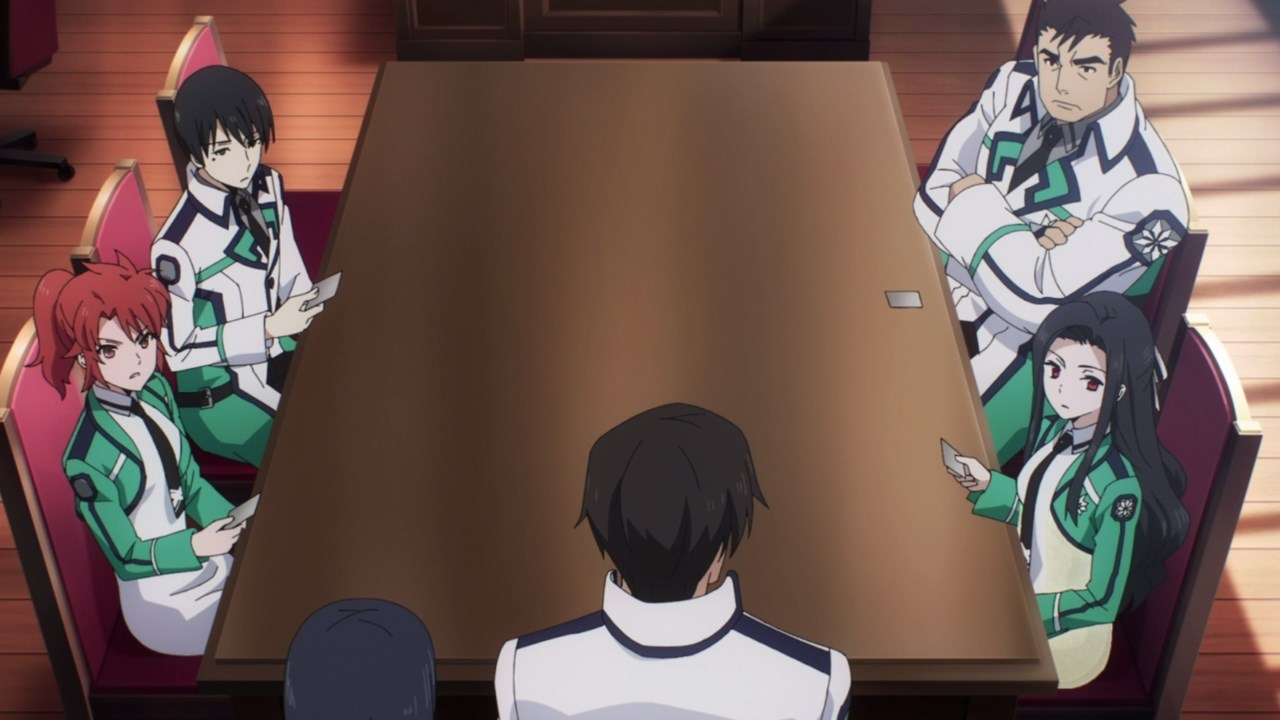 Anyways, looks like Tatsuya and his buddies will be busy on the next episode, but will they uncover more secrets once they captured Deimos Second and his minions? We’ll never know for sure.