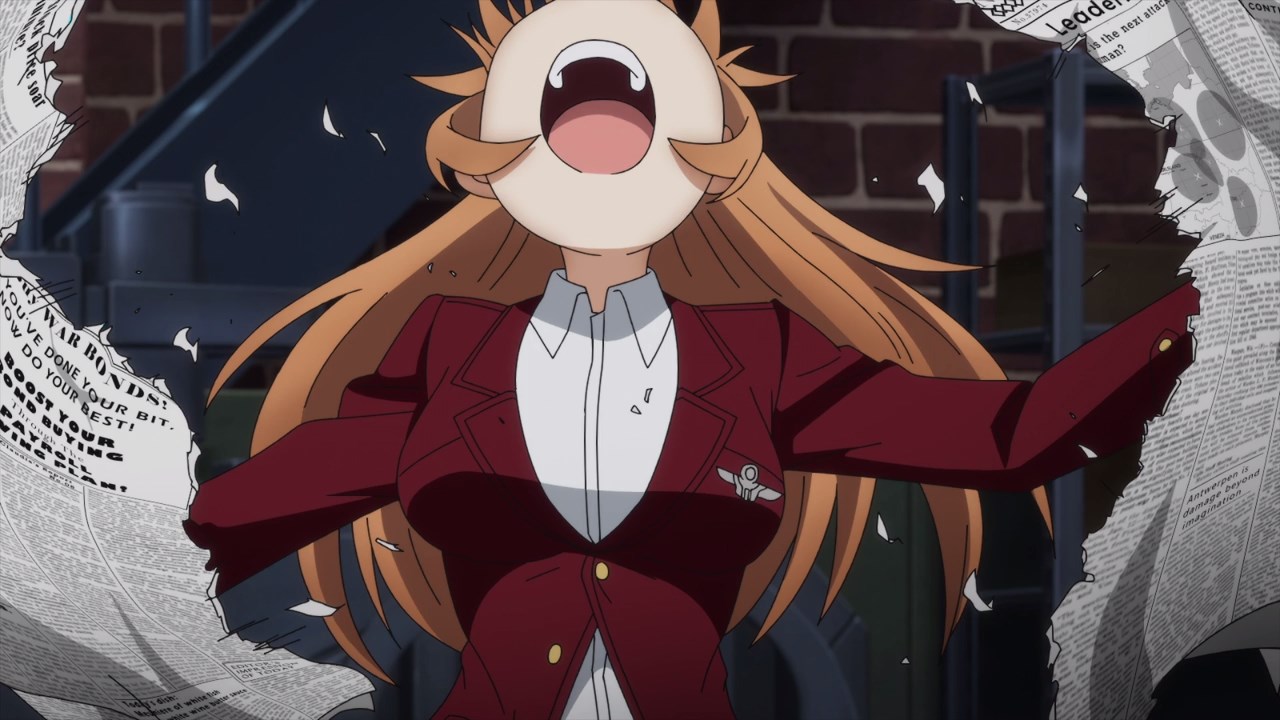 For Shirley, setting land speed records is very important for her and thus she might not fight against the Neuroi for the time being. 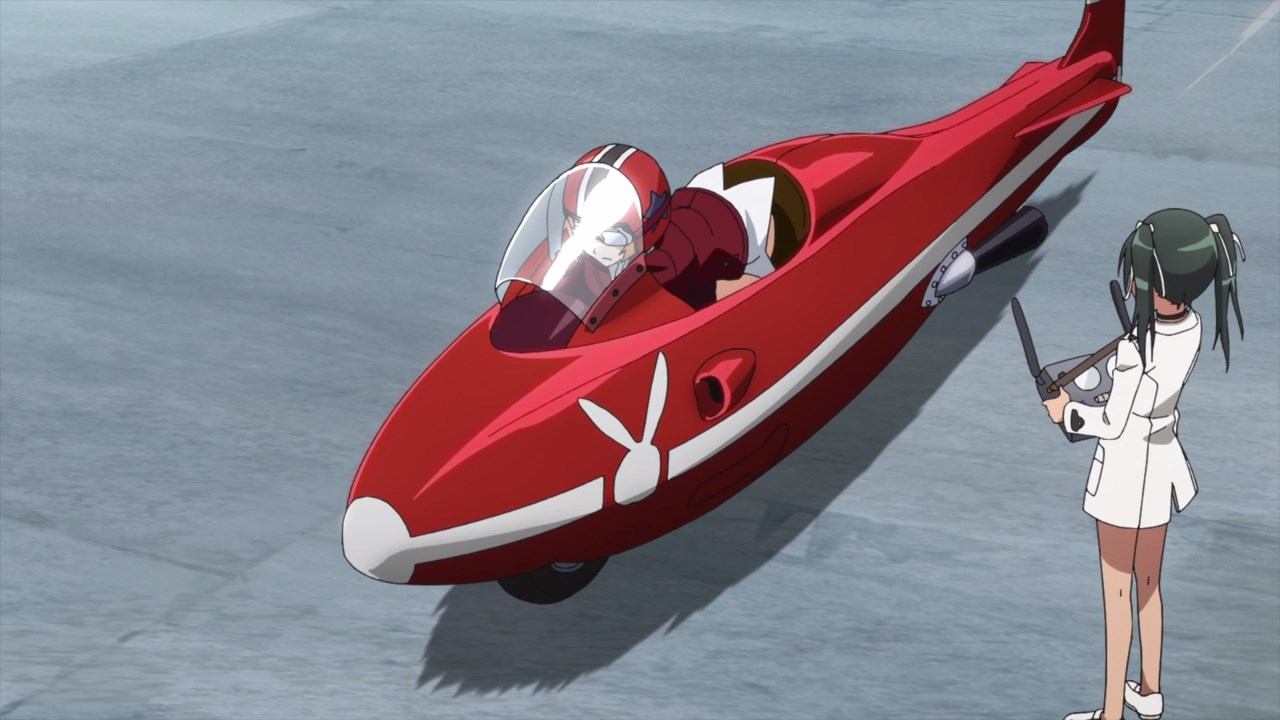 With that said, Charlotte E. Yeager will retake the land speed record as she dusted off her Rapid motorcycle and run towards the runway at 190- No, 200 miles per hour!

Oh and Francesca Lucchini joined the ride as she’ll help Shirley on setting the record. Then again, I wonder if Shirley has a parachute in case she jump off towards the cliff? 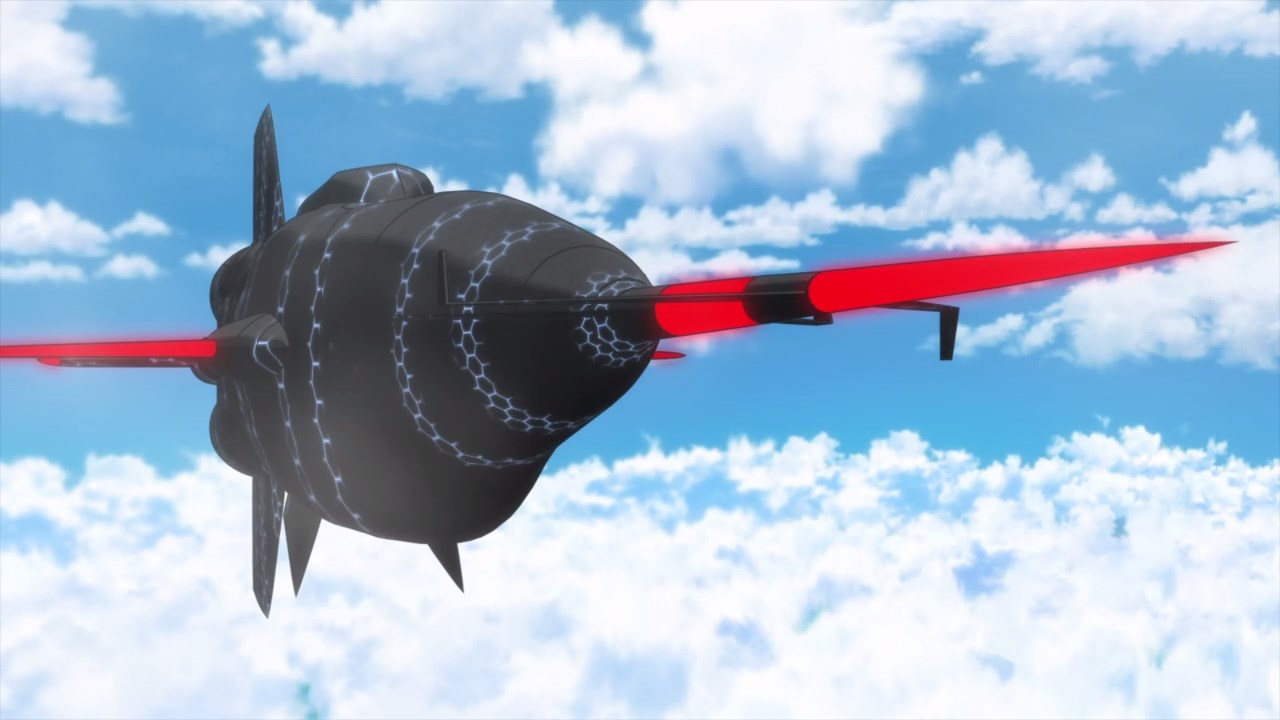 Unfortunately, Charlotte’s record attempt will be hampered by this Neuroi who’s basically a high-speed bomber with an appearance of a missile. 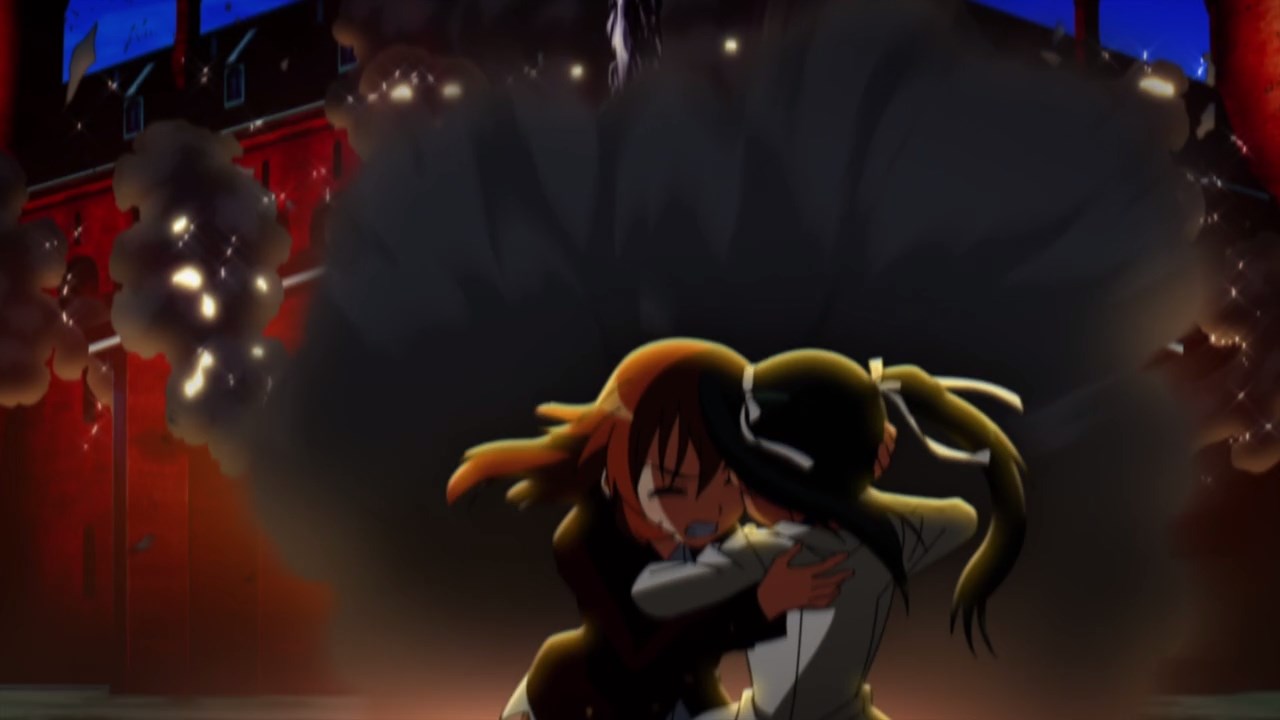 And really, this Neuroi is a pain in the ass as the Strike Witches can’t catch up with the enemy. Also, the hanger got blown up as Charlotte E. Yeager and Francesca Lucchini!

With that said, looks like the 501st Joint Fighter Wing needs a new Striker Unit that can fly at breakneck speeds. 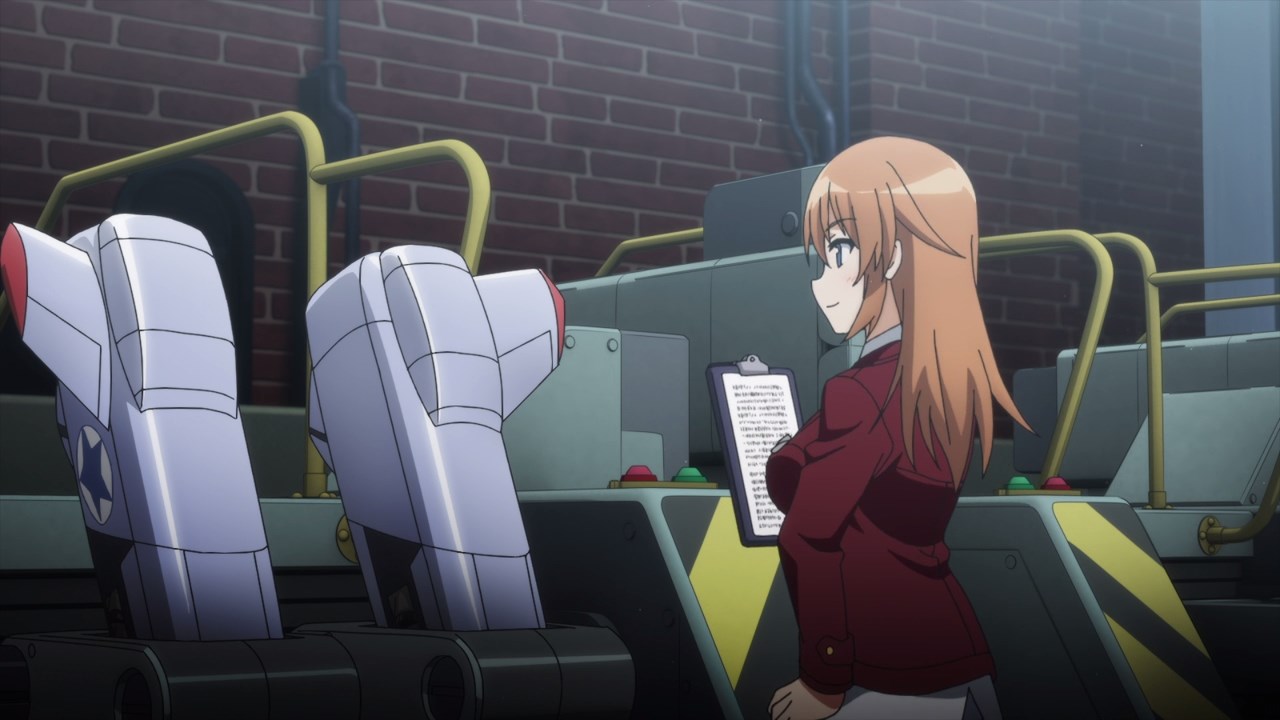 And here it is as they got the P51-H Mustang Striker Unit which is faster and lighter than the P51-D variant, although it would be nice if the 501st Joint Fighter Wing got the jet-powered Striker Unit. 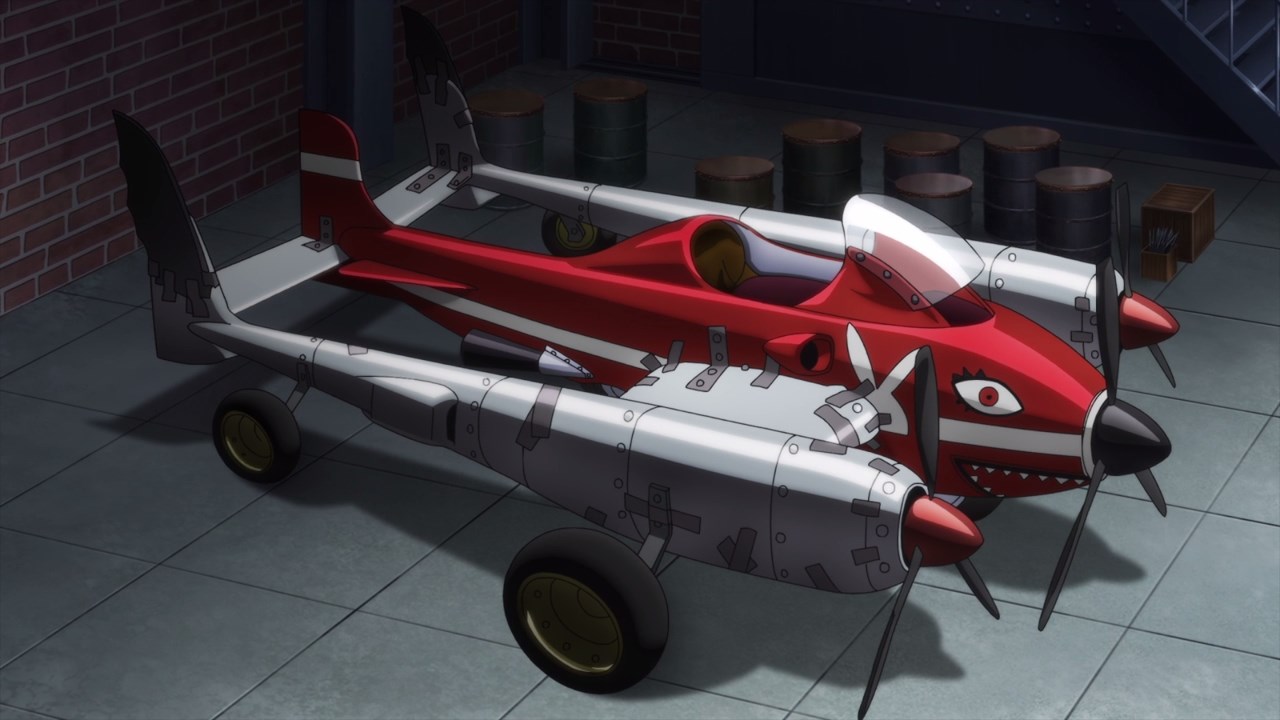 …like strapping them onto a motorcycle in order to achieve 200 miles per hours. Of course, it might not consider as a motorcycle since it looked like an airplane minus the wings. 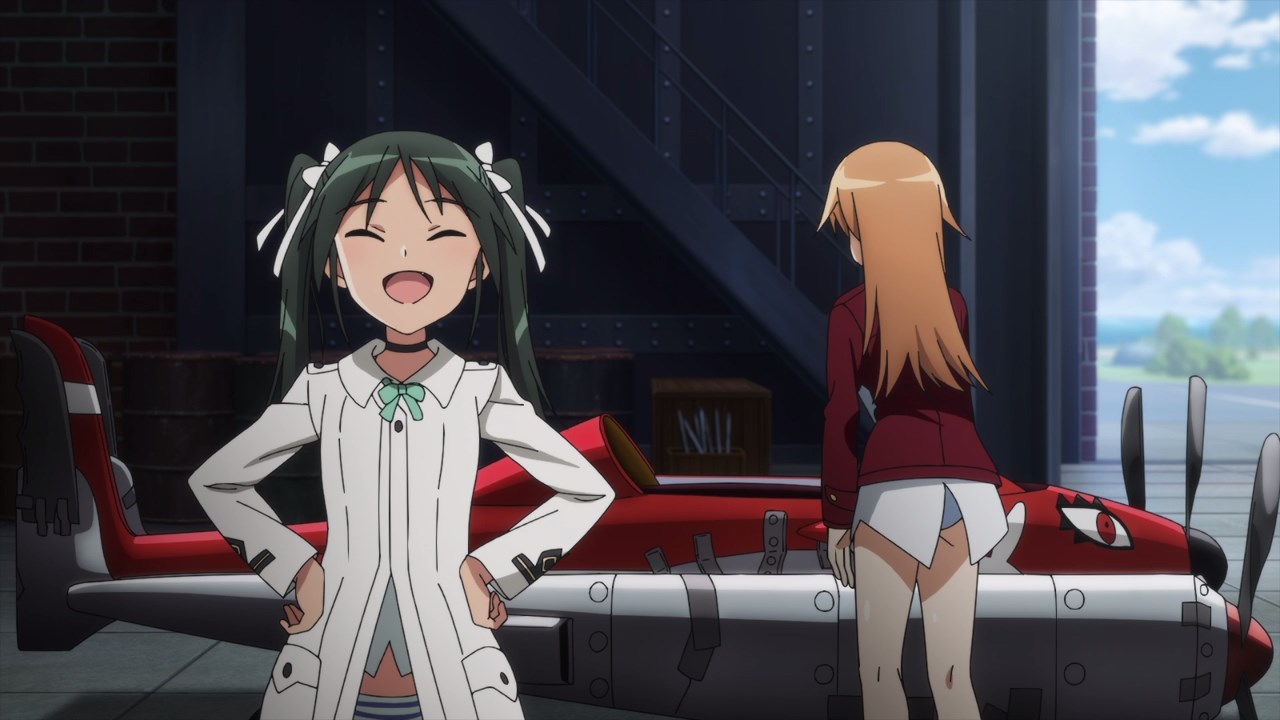 Oh yeah, and Francesca Lucchini did the modifications because c’mon, she wants Shirley to go faster than anyone else. 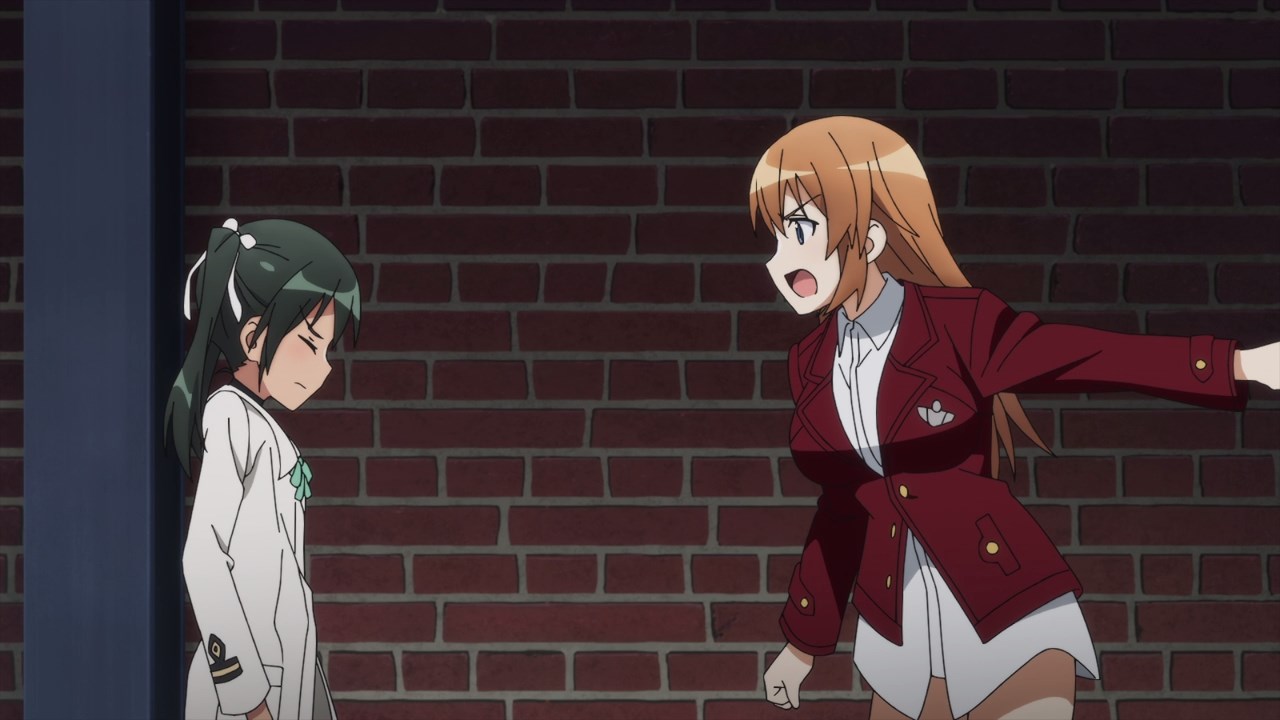 Unfortunately for Francesca, Charlotte E. Yeager is not pleased with the modifications as she doesn’t like putting propellers onto her motorcycle.

Sure that the mods are ugly as sin, but Lucchini wants to help her friend on achieving 200 miles per hour. Still, I don’t like these two buddies fighting over a motorcycle. 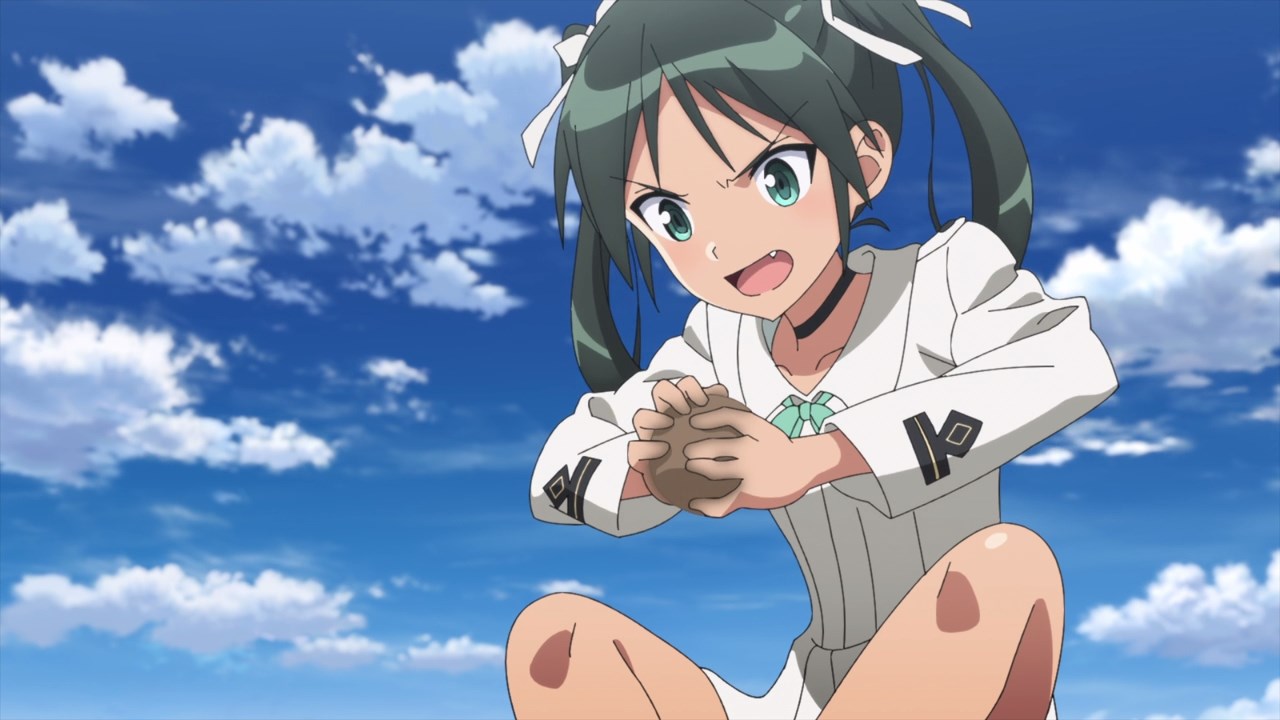 Anyways, both of them are really angry at each other, moreso with Francesca Lucchini where she curses Charlotte E. Yeager for being an idiot. 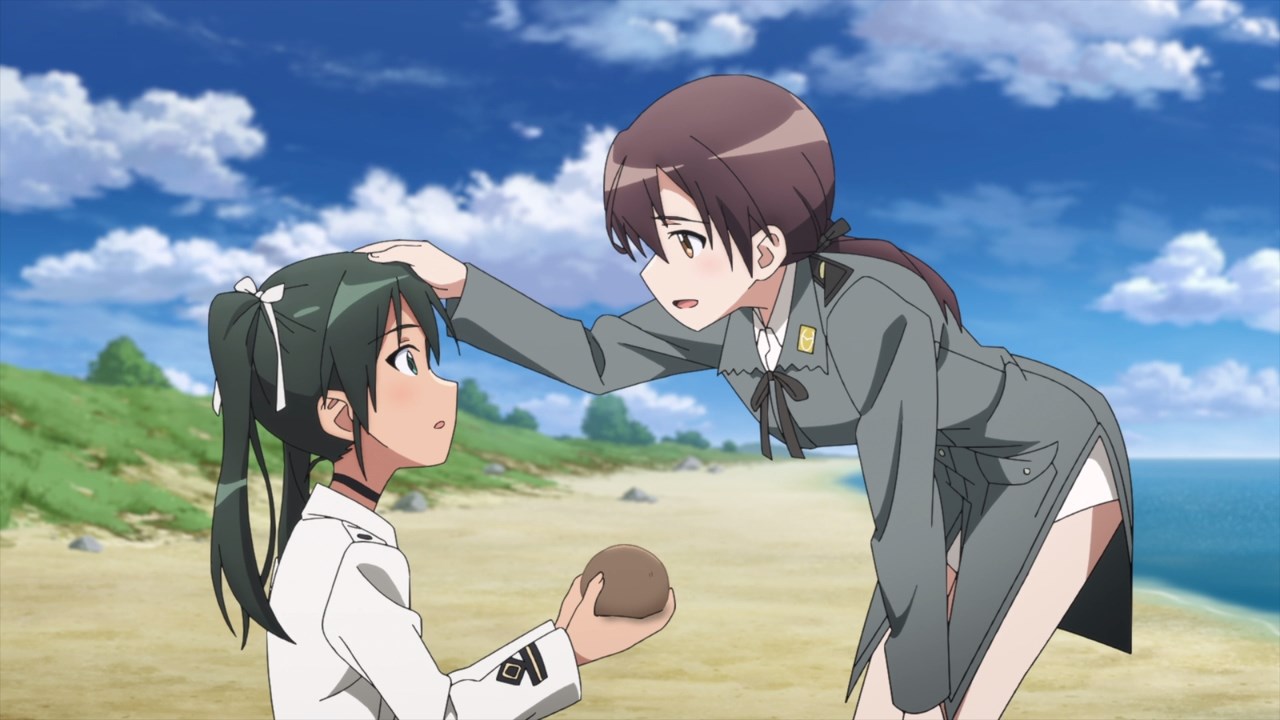 However, Gertrud Barkhorn told Francesca to make amends with Shirley since they can’t just act like enemies forever.

Gotta say that Gertrud is actually nice, despite the fact that she’s acting like Miss Drill Sergeant Nasty, especially towards Erica Hartmann. 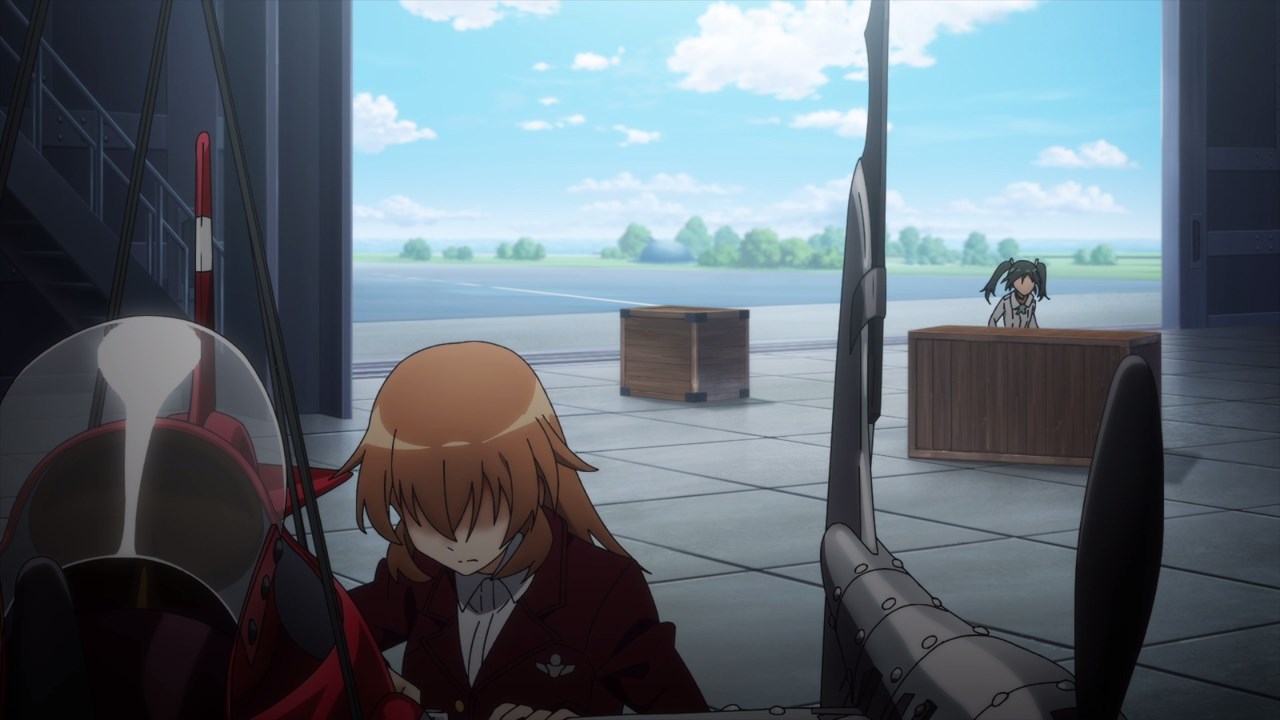 Now then, it’s time for Francesca Lucchini to make an apology towards Charlotte E. Yeager where she’s currently fixing her bike. 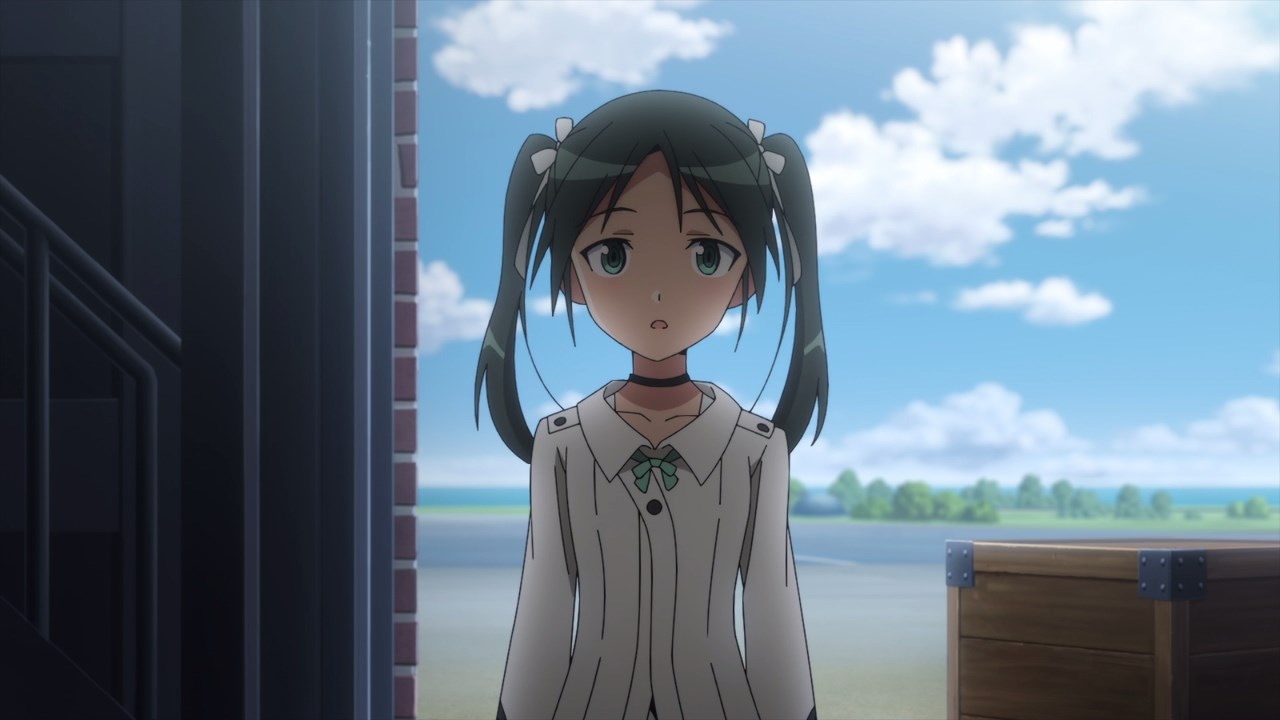 And really, Francesca admits that it’s her fault for strapping those new Striker Units onto the Rapid motorcycle without Shirley’s permission.

But speaking of Shirley, it seems that it’s her fault too for being angry towards her friend just because Francesca is trying her best to help Shirley achieve the world record.

With that said, both girls have apologized to each other as they’re friends again. Well then, it’s time to aim for that land speed record! 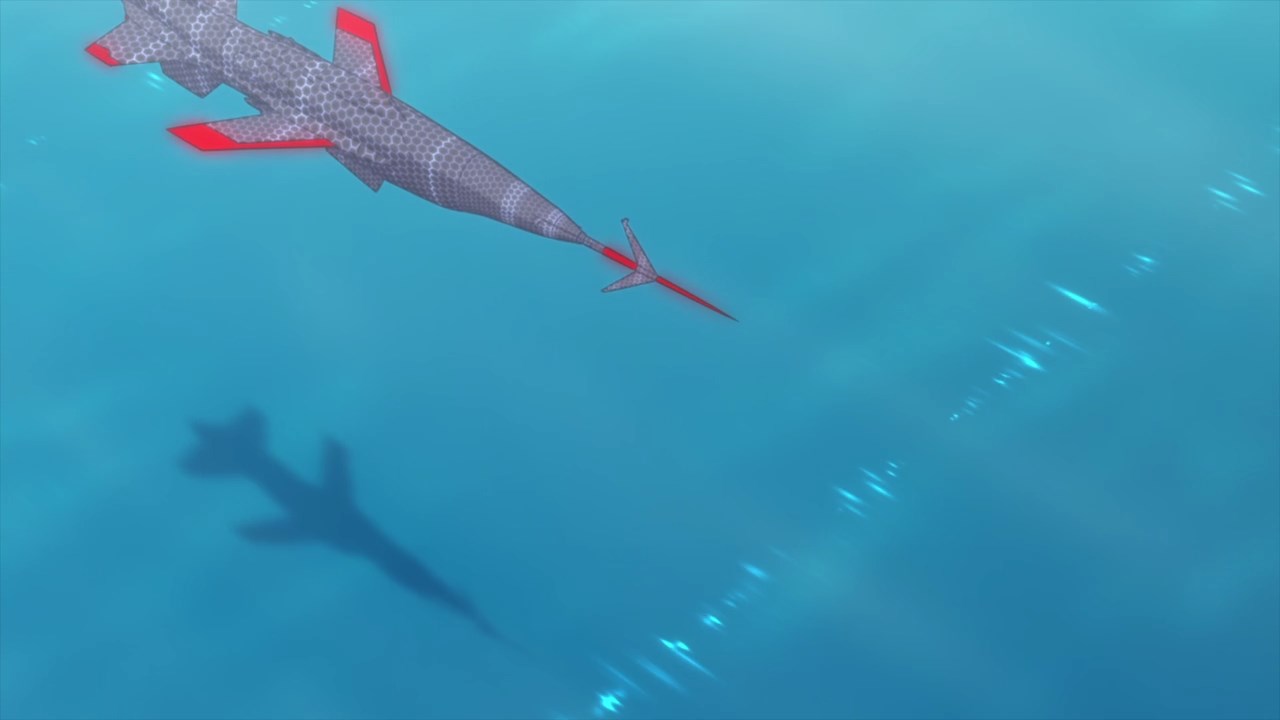 But before that, they need to deal with this Neuroi first as it goes for another bombing run towards the base.

But hey, at least Charlotte E. Yeager will test out the P51-H Striker Unit and destroy the Neuroi, right? I mean, she’s capable of flying at faster speeds. 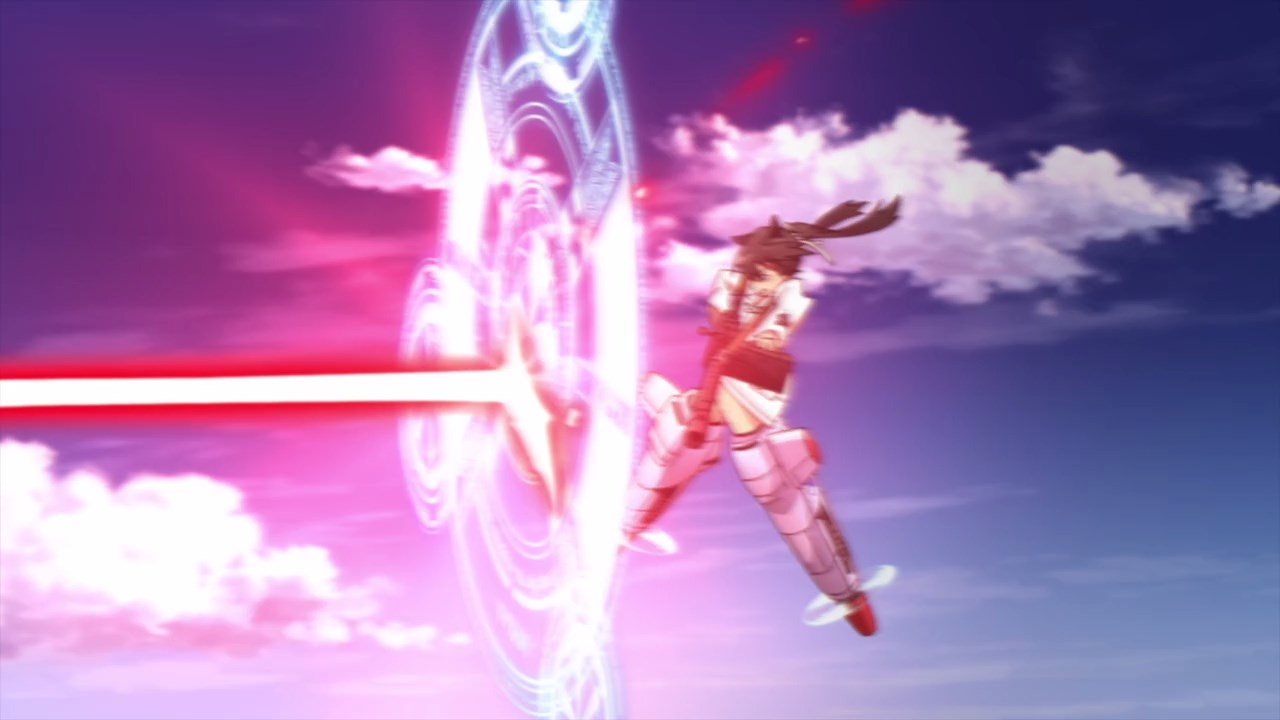 Except that it wasn’t Shirley who’s using the Striker Unit, but rather it’s Francesca where she wants her friend to focus on reclaiming the world record with her bike. 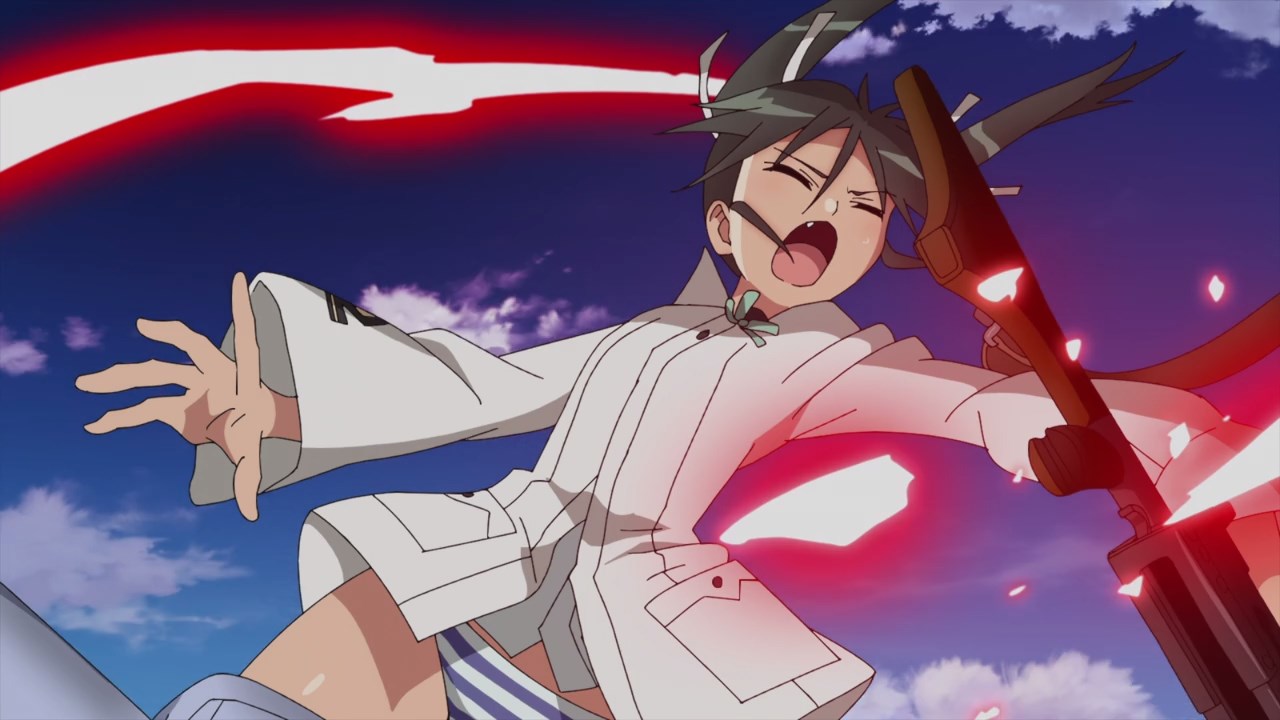 Unfortunately for Lucchini, she’s not only capable of flying at faster speeds, but the Neuroi overwhelmed her as Francesca goes down. 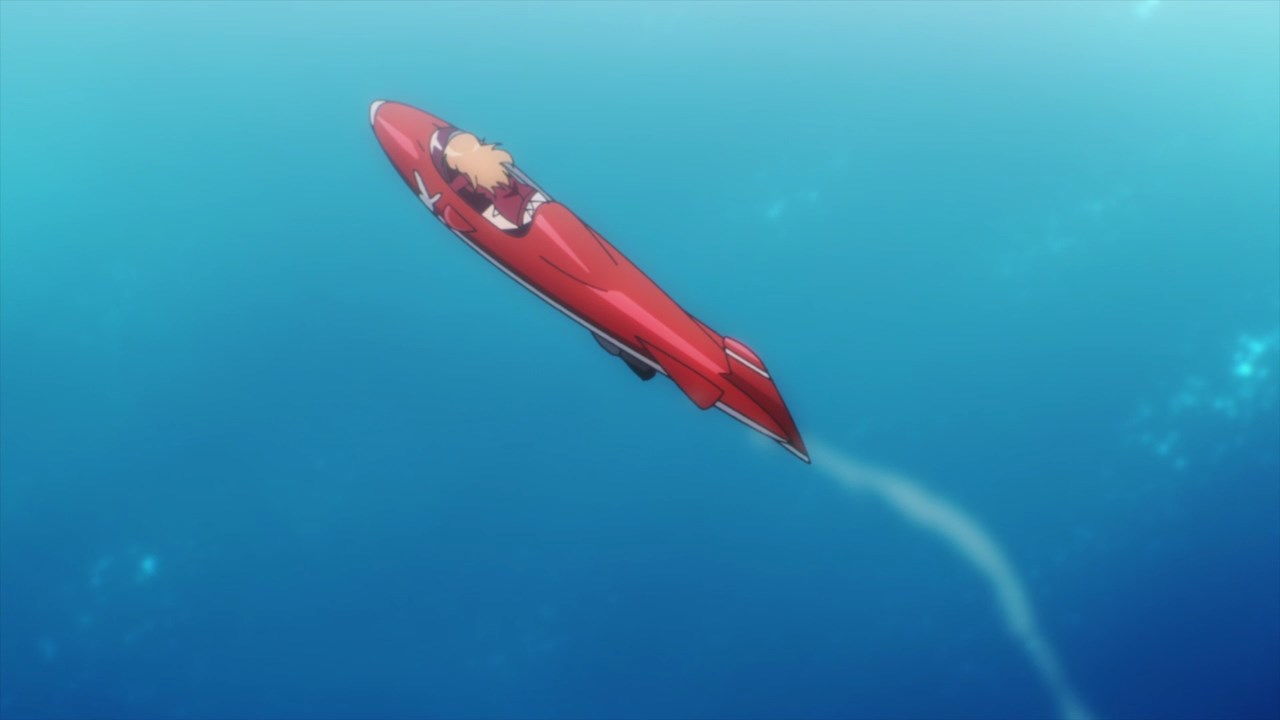 Luckily, someone will save Lucchini as Charlotte E. Yeager rides her motorcycle and jumps off. Then again, I feel that Shirley should get a parachute in case she falls down to the sea. 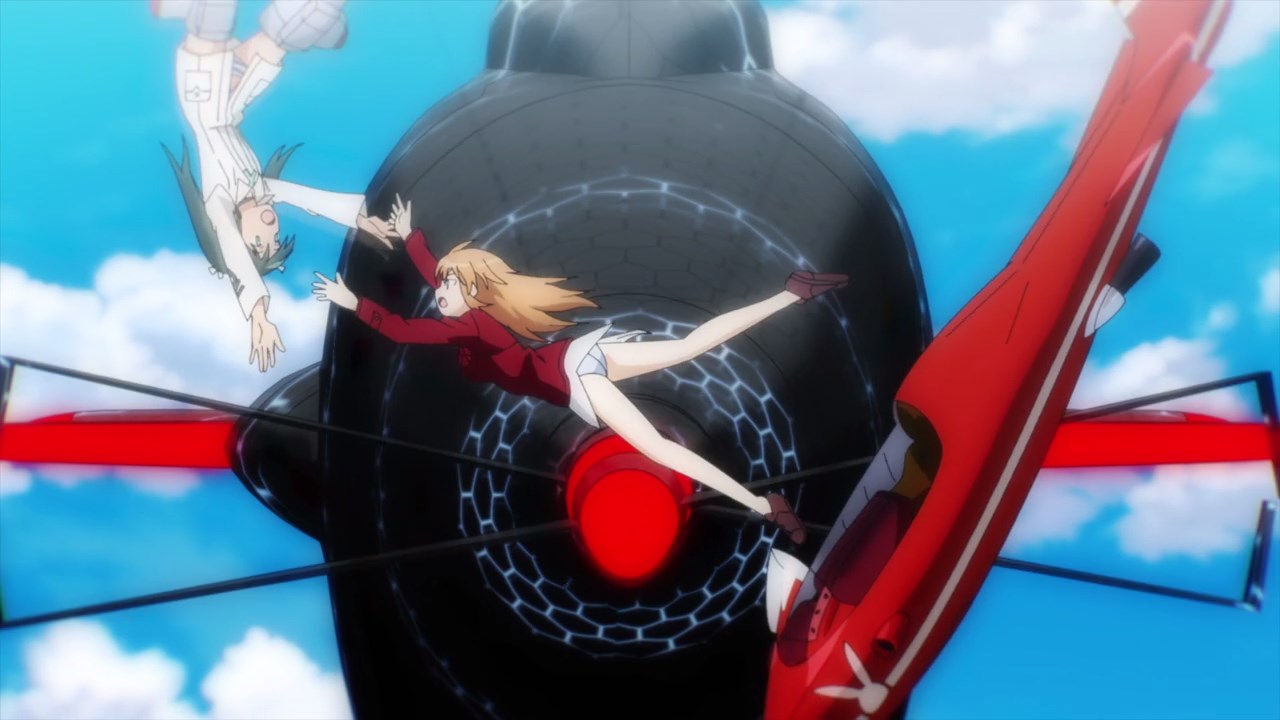 Still, Shirley managed to catch Francesca Lucchini, although she has to abandon her bike in order to reach her friend. 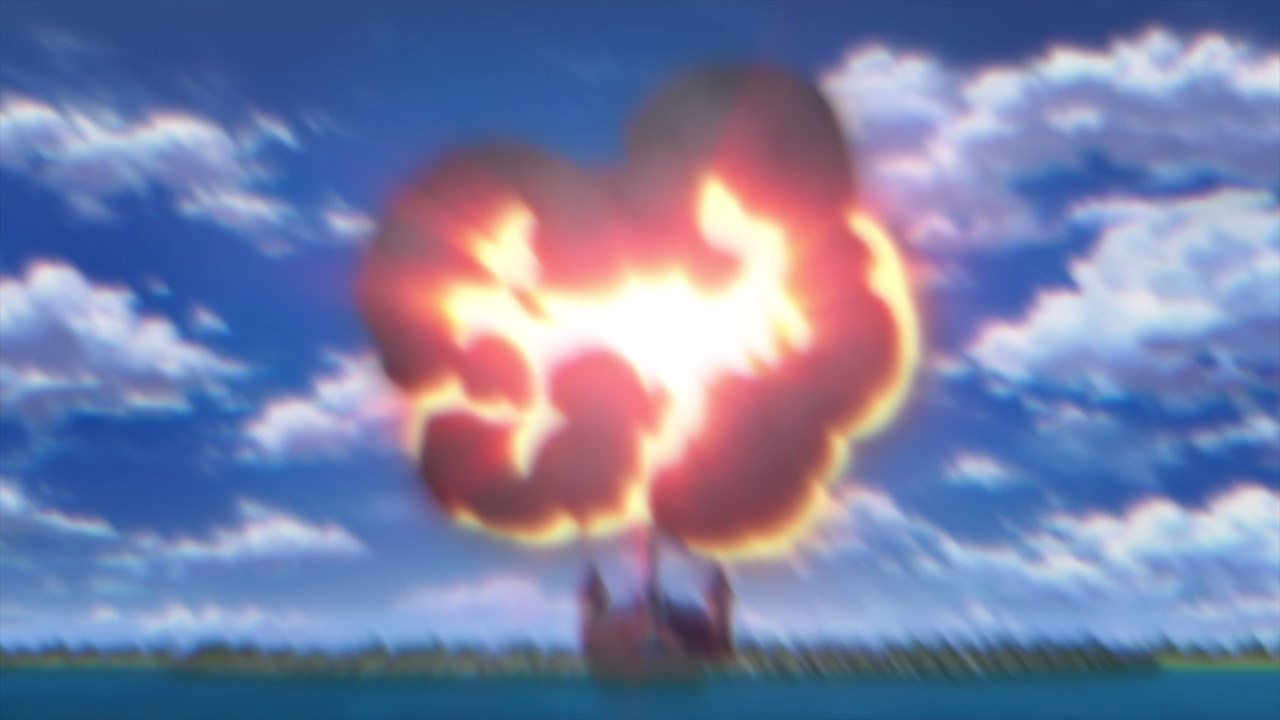 Oh and there was an explosion in which the Neuroi wreck Shirley’s motorcycle. Of course, it’s not enough to destroy that Neuroi as I’m worried about both Francesca and Shirley. 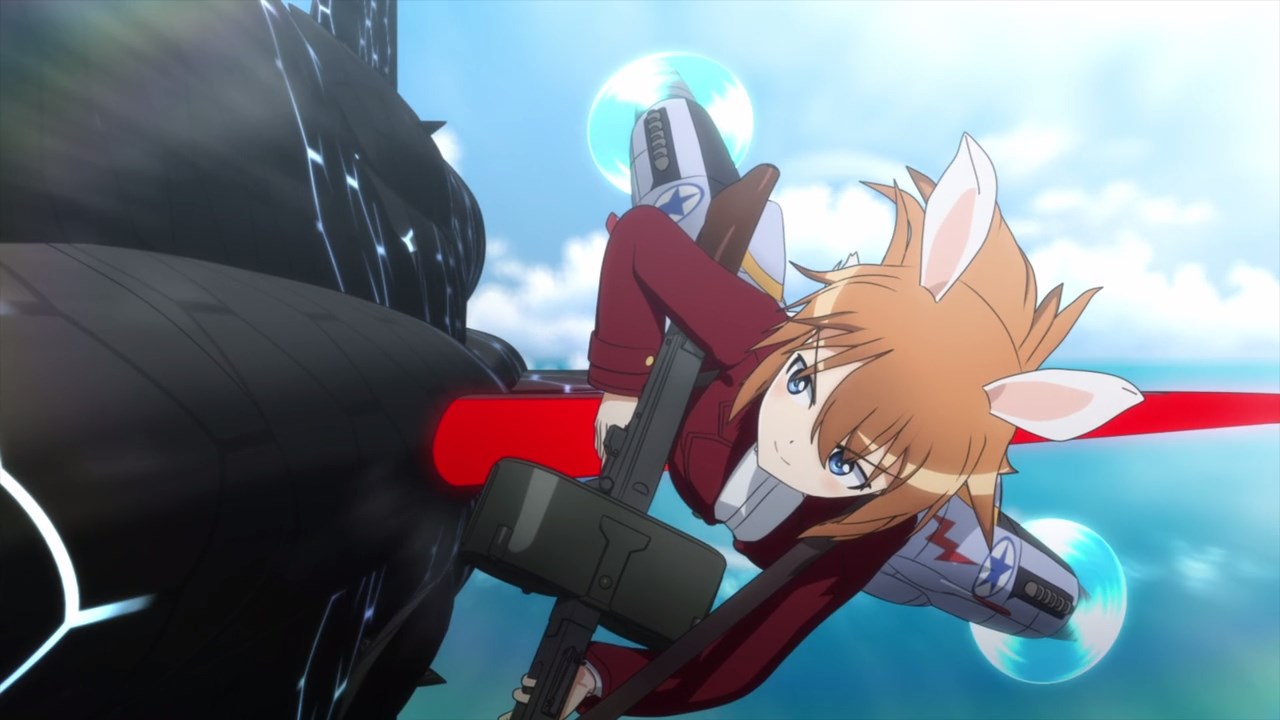 Well, turns out that Charlotte E. Yeager survived as she’s now using the P51-H Striker Unit and managed to catch up with the Bomber Neuroi. 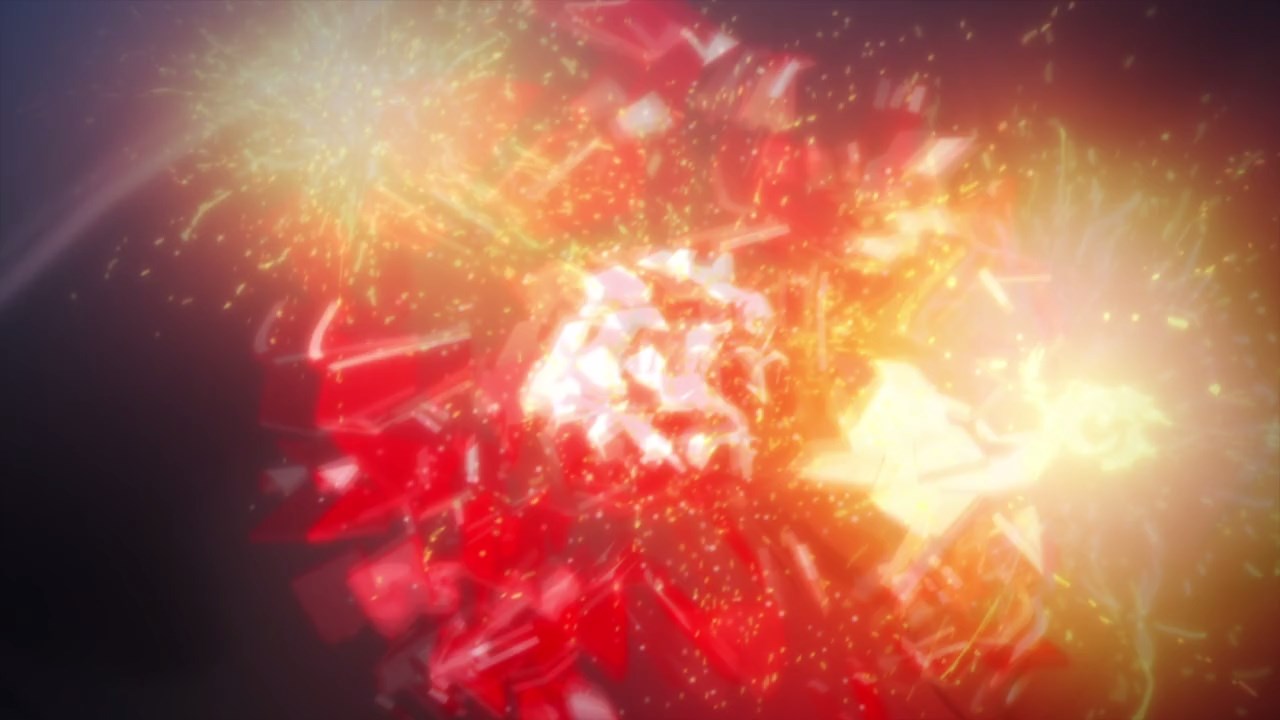 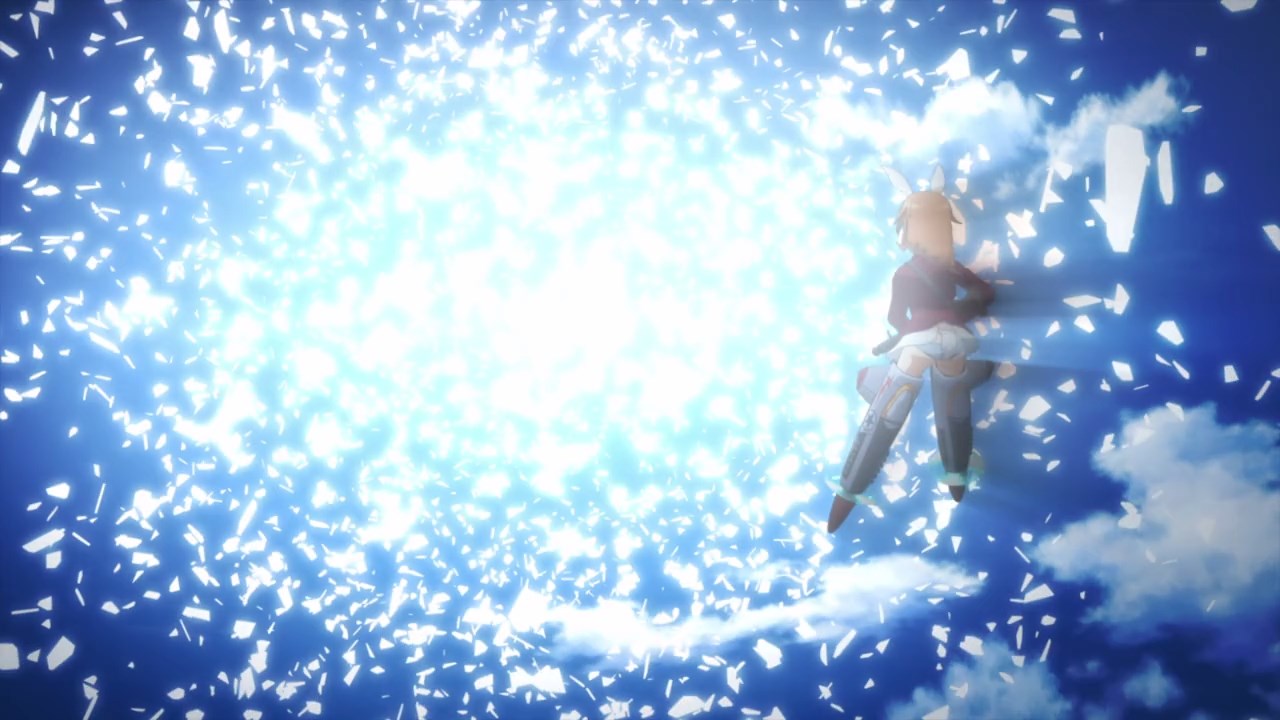 Oh, and Shirley destroyed the core as the High-Speed Bomber Neuroi is defeated. Now, the only thing that worries me is whether Francesca Lucchini survived or not. 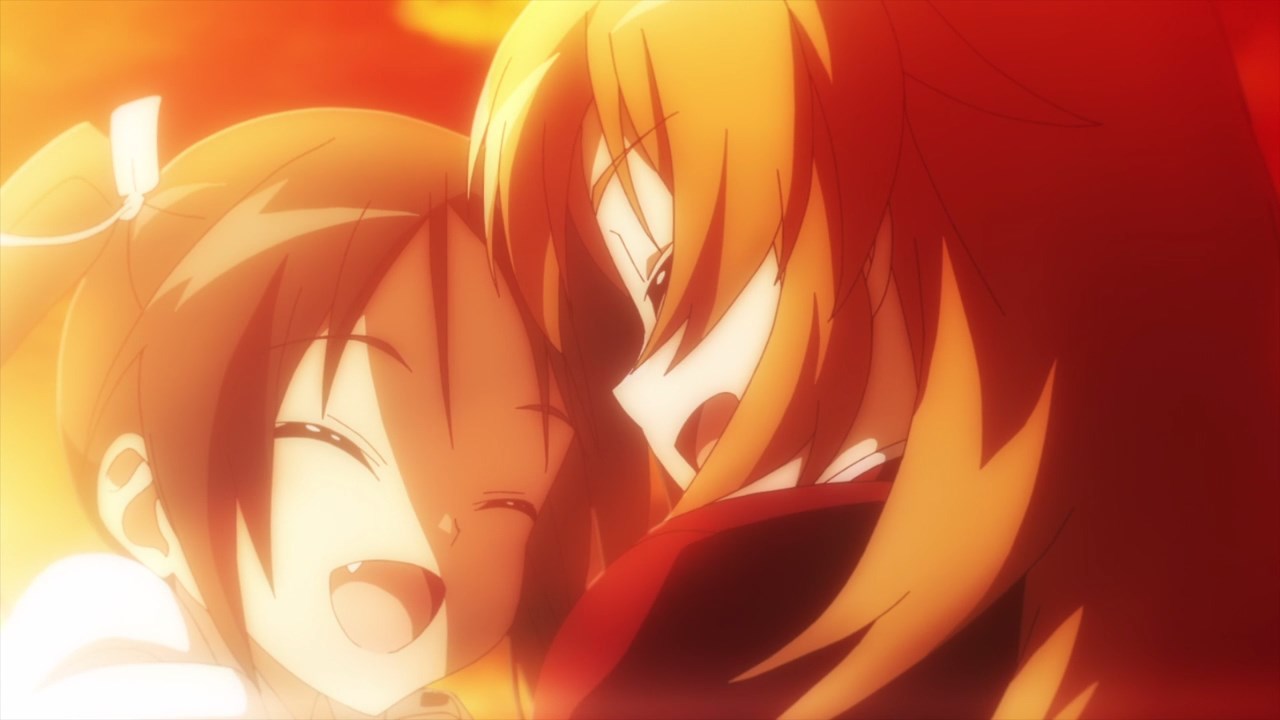 Actually, Francesca survives as she finally reunited with her best friend. And so, the Strike Witches Air Base is saved once again but it’s sucks that Shirley’s motorcycle is completely destroyed. 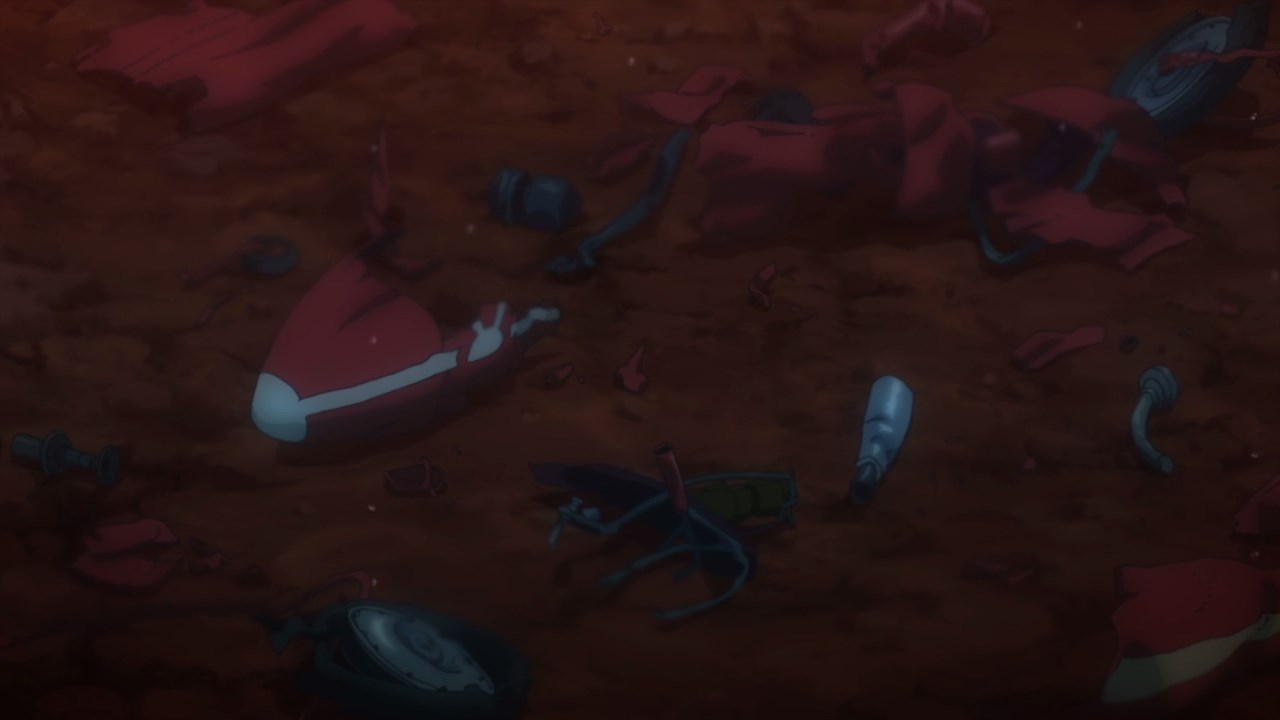 But here’s the Rapid where its remains has sunk into the sea. Man, it’ll be a long time for Charlotte E. Yeager to make a bike for Bonneville Salt Flats but here’s the thing though…

Turns out that her wrecked bike has reached 200 miles per hour. Sadly, it won’t be recognized by everyone, which is a shame since Shirley did her best to retune Rapid until it can reach that mythical top speed.

Anyways, I’ll see you next time where the 501st Joint Fighter Wing are still making preparations for retaking Berlin. Oh, and let’s not forget about Yoshika Miyafuji where she’s still finding ways to use magic at a stable rate.