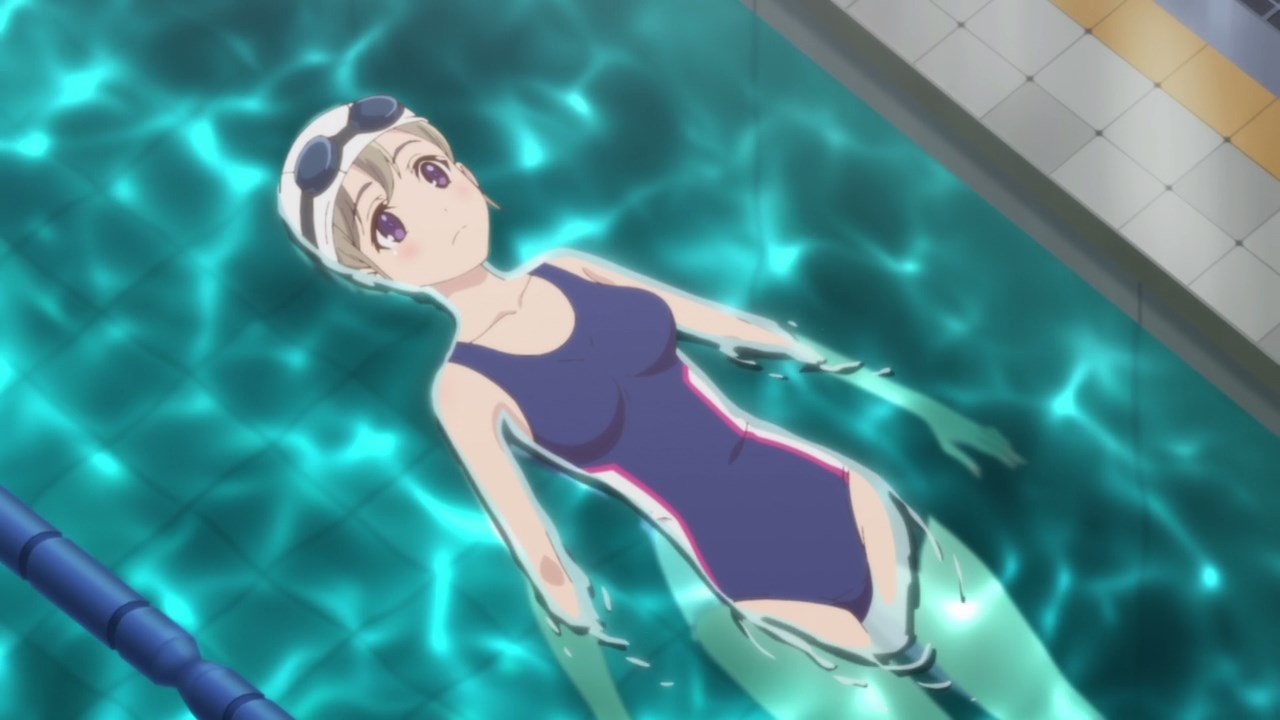 Here’s Hougetsu Shimamura where she’s just floating at a local pool. I mean, she just want to laze around the day until the pool closes. 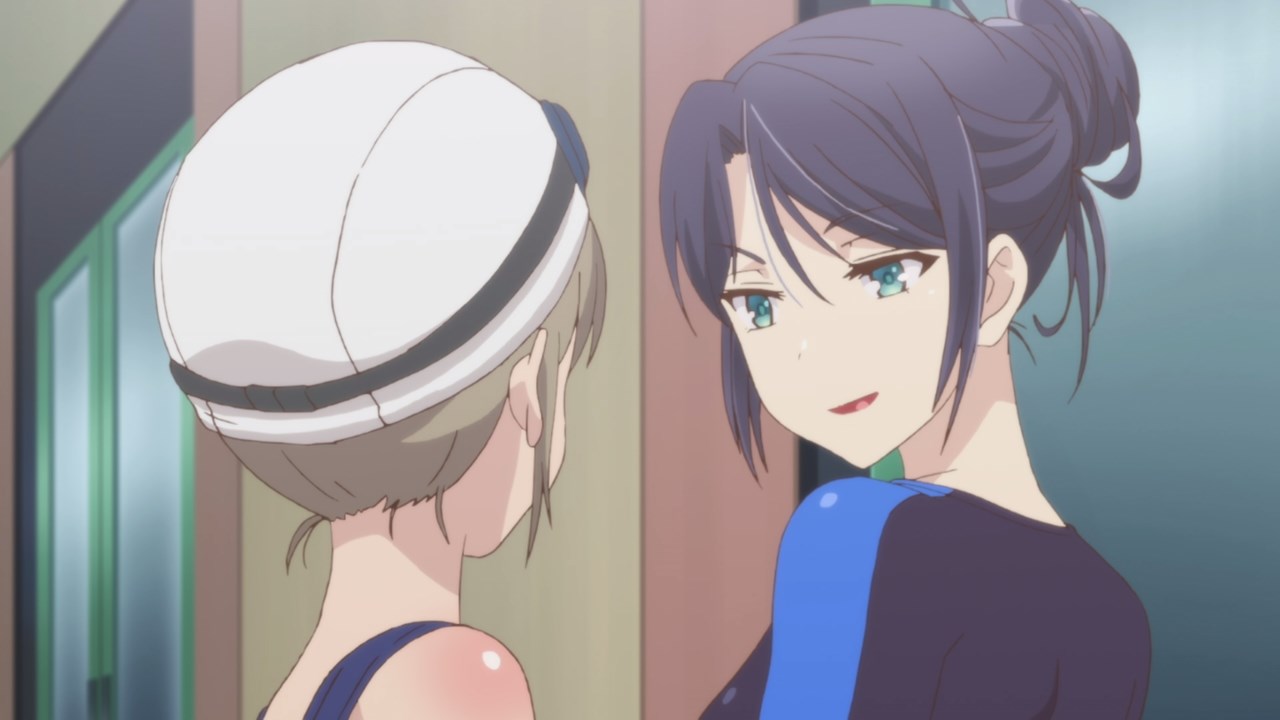 However, it appears that Shimamura met this woman who looked like Sakura Adachi. Actually, this is Sakura’s mother who not only hated Hougetsu but she doesn’t speak highly of her own daughter.

For Shimamura, even though she doesn’t know about Sakura Adachi much, Hougetsu doesn’t want her friend getting ridiculed by her own mother. 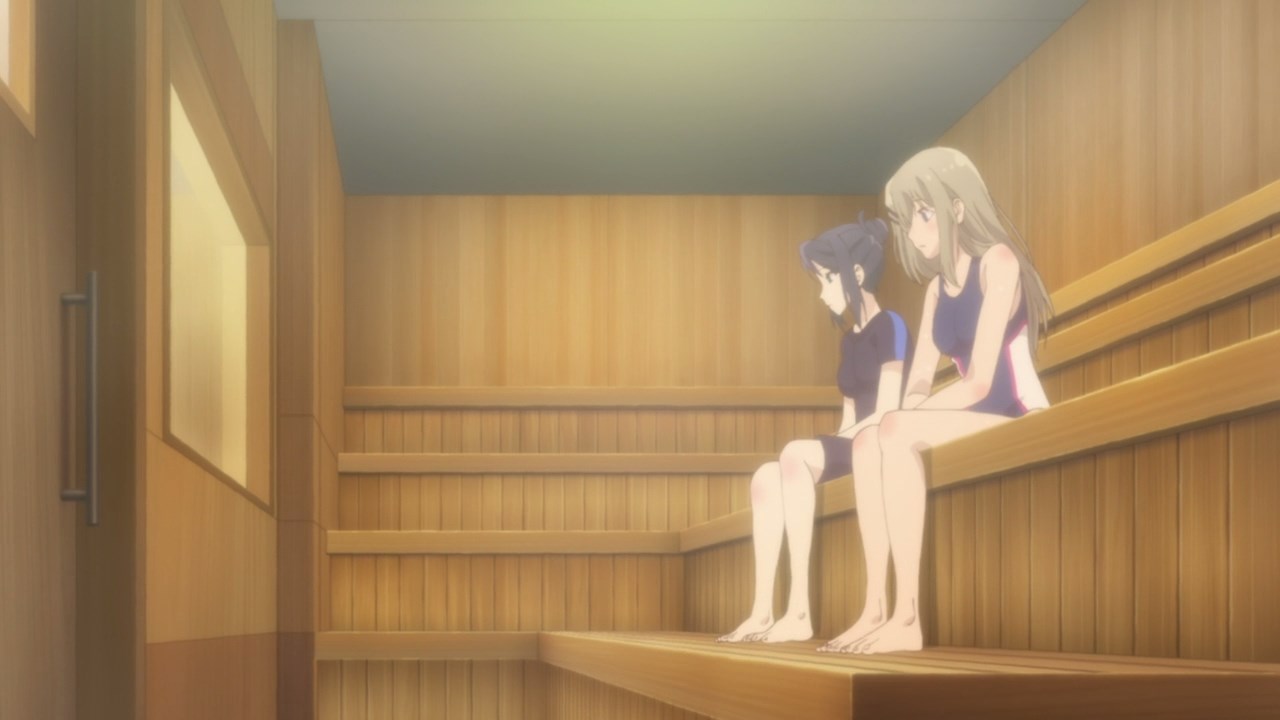 So, Hougetsu Shimamura decided to challenge Mrs. Adachi where they must endure at a sauna. Whoever gets out loses the challenge.

But seriously though, Hougetsu Shimamura challenging Sakura Adachi’s mother is very petty, but she wants to uphold her friend’s dignity. 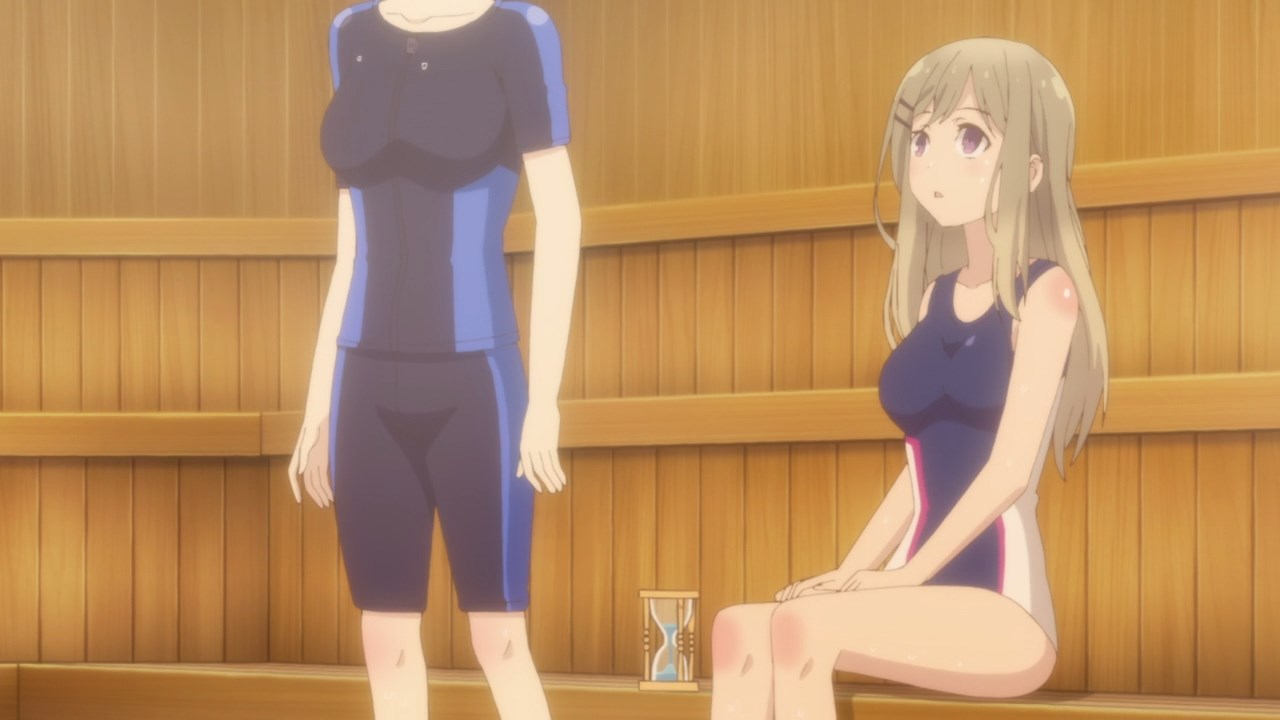 However, it appears that Adachi’s mother has decided to surrender as she admits that she doesn’t understand her daughter much. 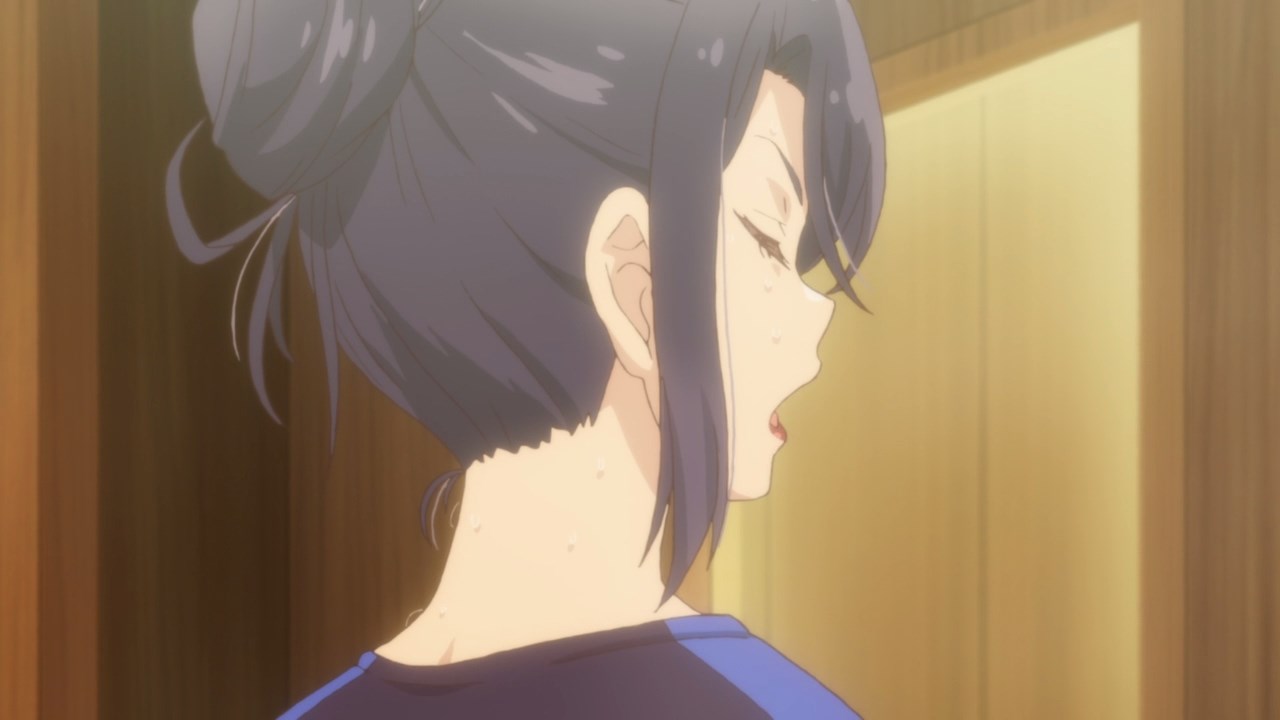 So, Sakura’s mother will try her best to understand her own daughter. Not sure when will Mrs. Adachi talk Sakura, but I hope that they’ll understand each other someday. 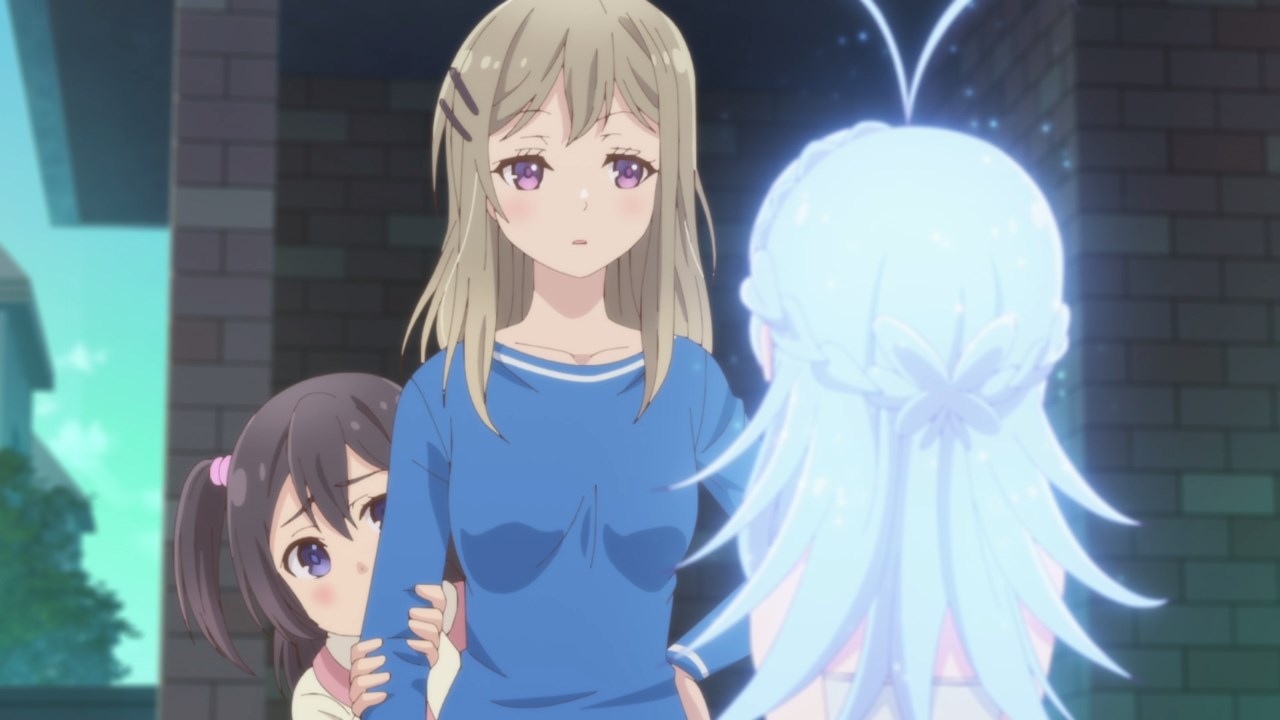 Meanwhile, looks like Hougetsu Shimamura and her little sister met this peculiar character who has glittering blue hair and claims that she’s an alien. 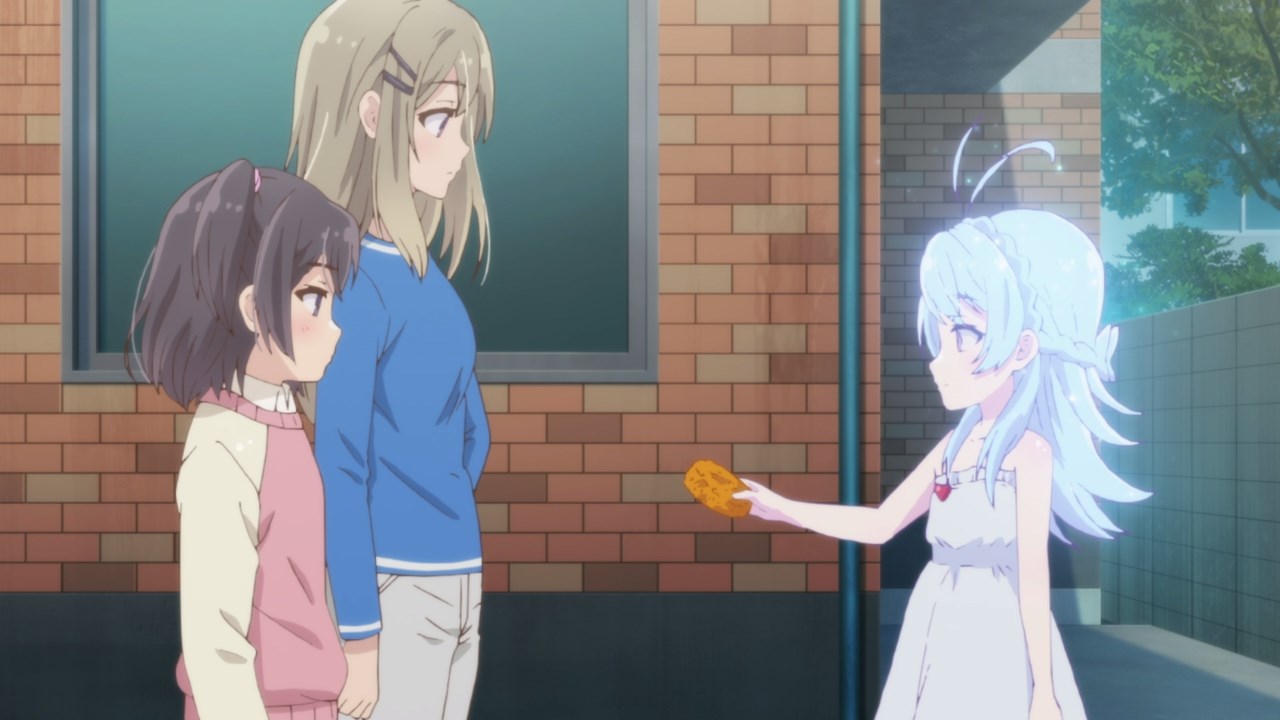 That’s right, it’s Yashiro Chikama where she shares a croquette for the sisters as a gift of appreciation.

Speaking of Yashiro, she’s still finding her companion but then again, it appears that she’s interested in Hougetsu’s little sister. 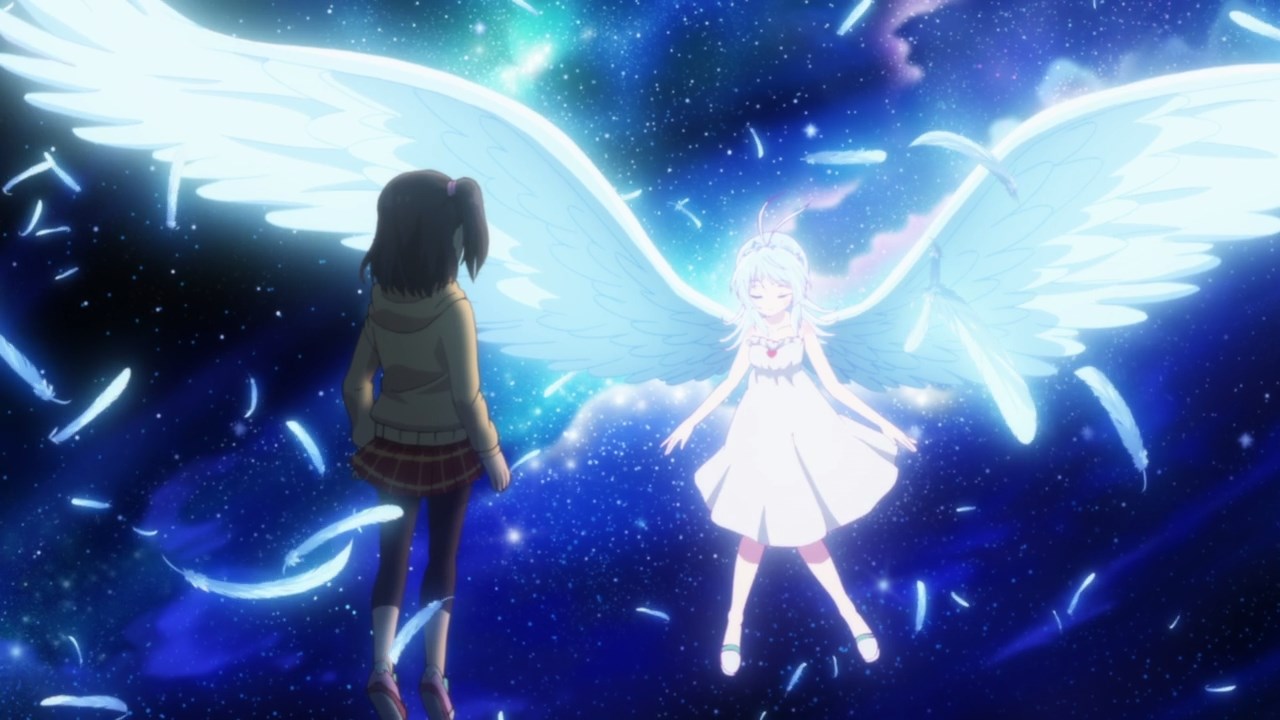 Oh and as for Hougetsu Shimamura’s little sister, it appears that she saw Yashiro Chikama as some sort of angel. Of course, this is just her imagination. 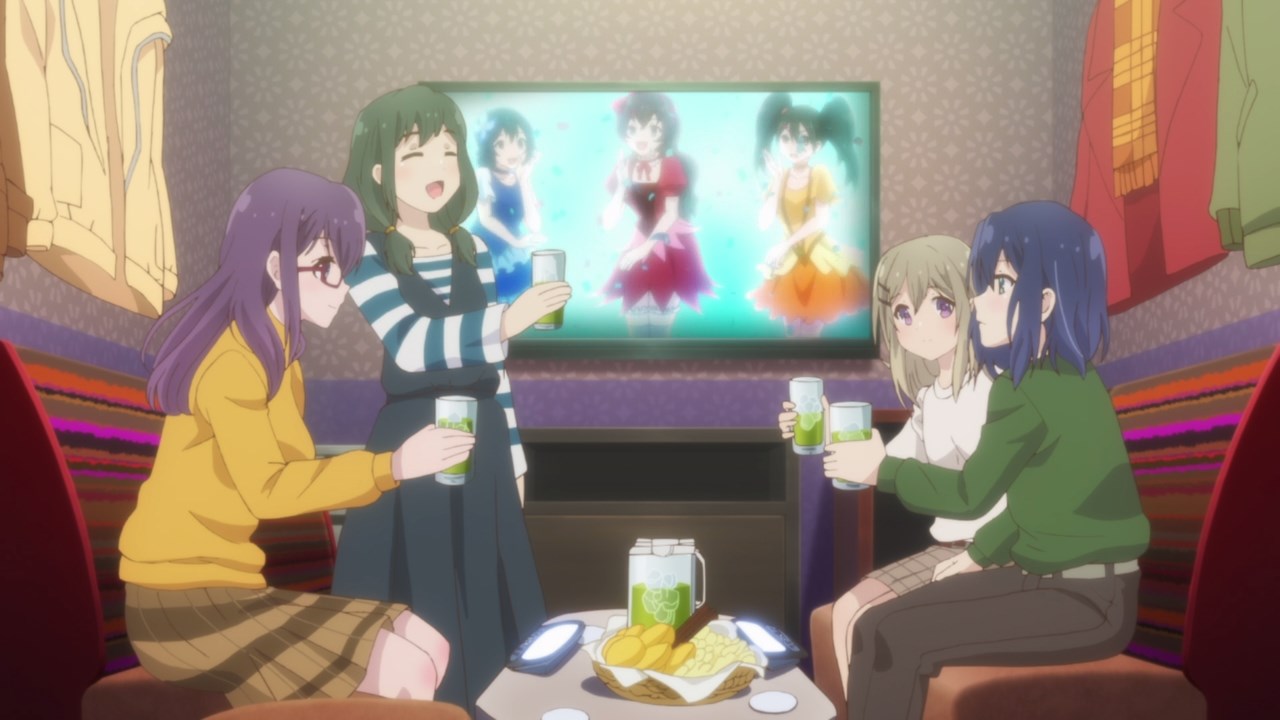 And finally, it’s time for a karaoke session where Taeko Nagafuji and Akira Hino invited Hougetsu Shimamura and Sakura Adachi to sing along.

Of course, I won’t hear both Nagafuji and Hino’s singing voice because they’re not the main focus on this series. 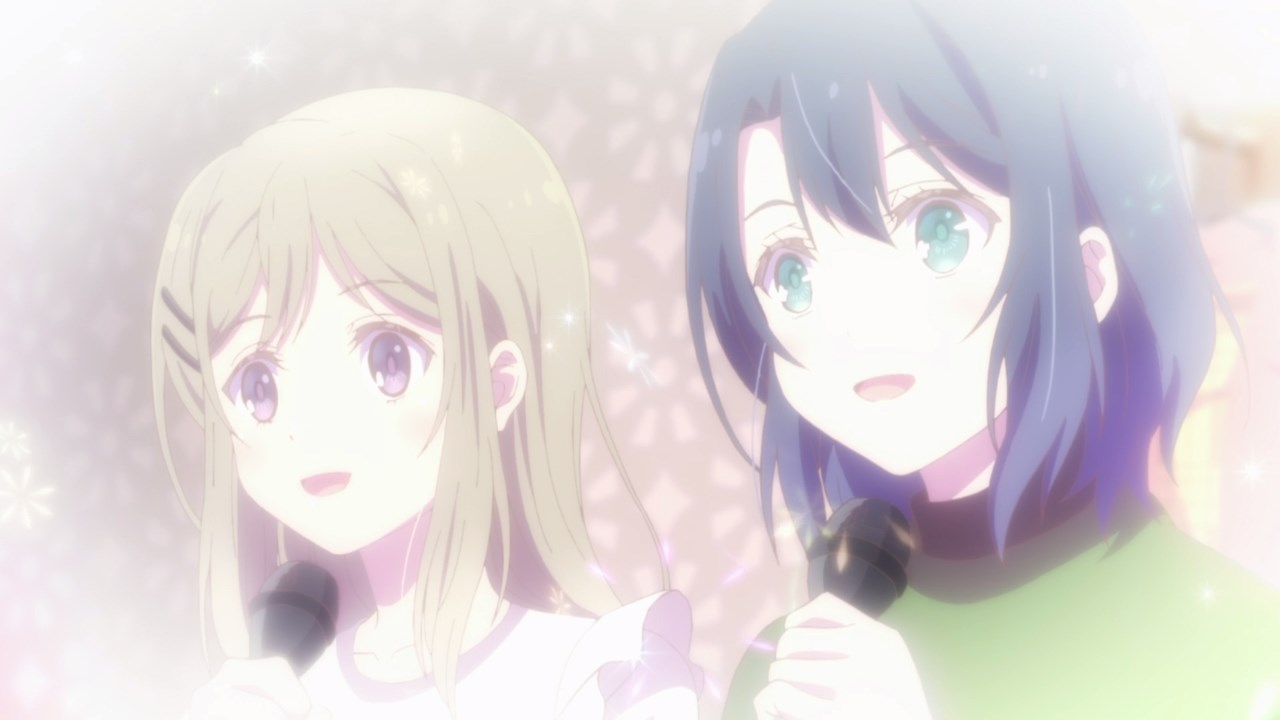 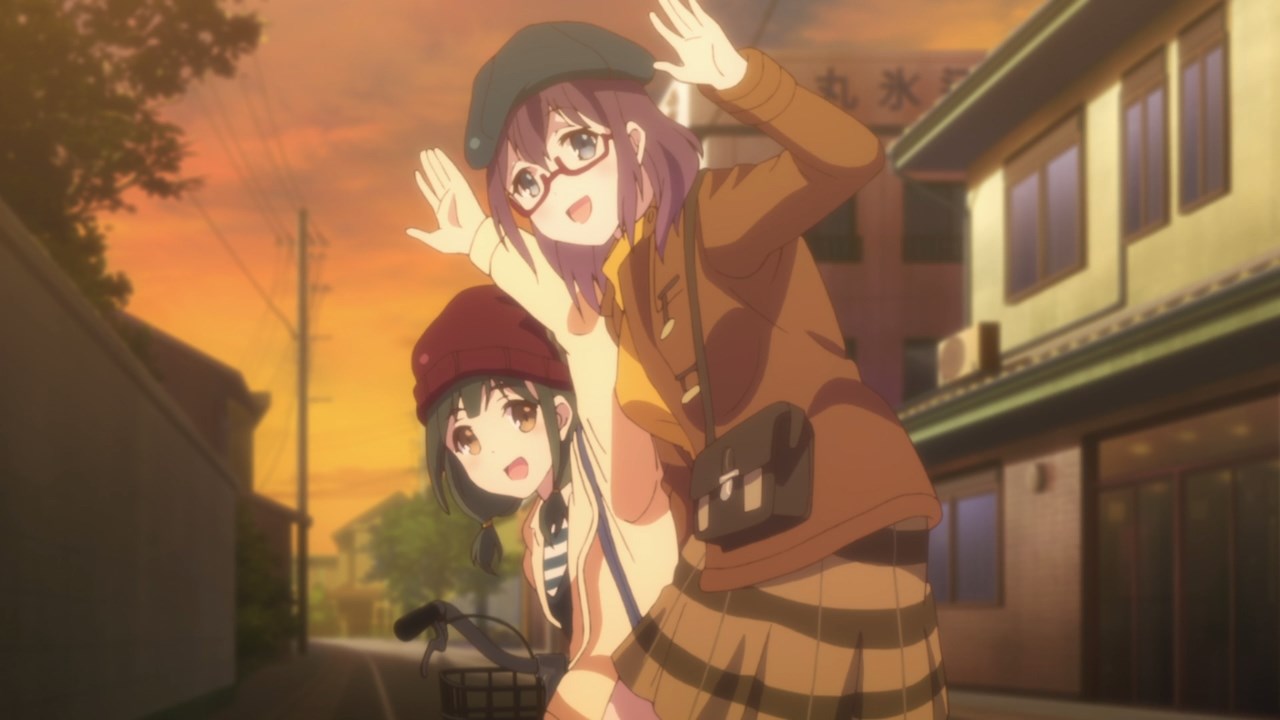 But now, it’s time for them to head home as Akira Hino and Taeko Nagafuji will go ahead. Sucks that they won’t get a spin-off soon. 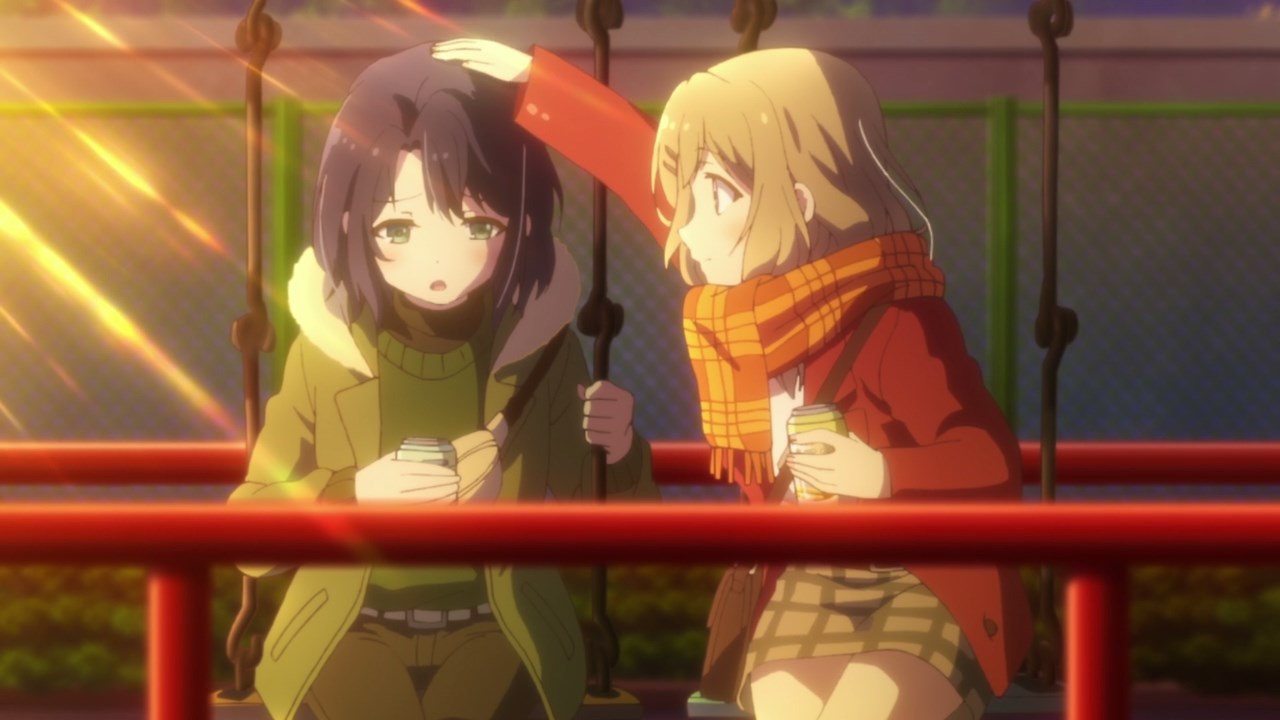 As for Adachi and Shimamura, their intimate relationship continues as Hougetsu rubs Sakura’s head. Aww, it’s so cute!

Oh yeah and about Sakura’s mother? Looks like she’s treating her daughter well, although this is just the beginning on patching-up their relationship. But that’s about it for this week’s episode as I see you next time!