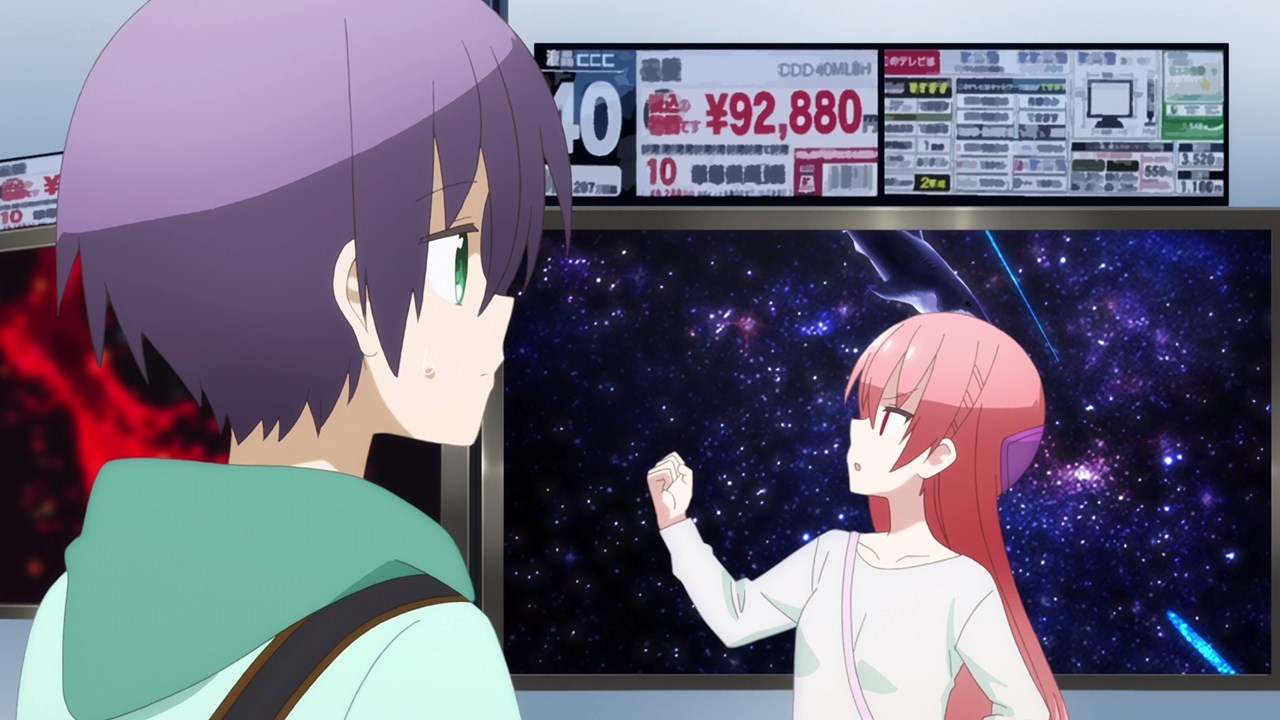 On this episode, Nasa and Tsukasa Yuzaki are buying their first TV since their apartment doesn’t have one. Man, is Nasa-kun use his smartphone to keep him busy… unless he can’t afford to buy one for himself?

But hey, they’re gonna buy a TV since Tsukasa wants to watch anime or even classic Hollywood movies. 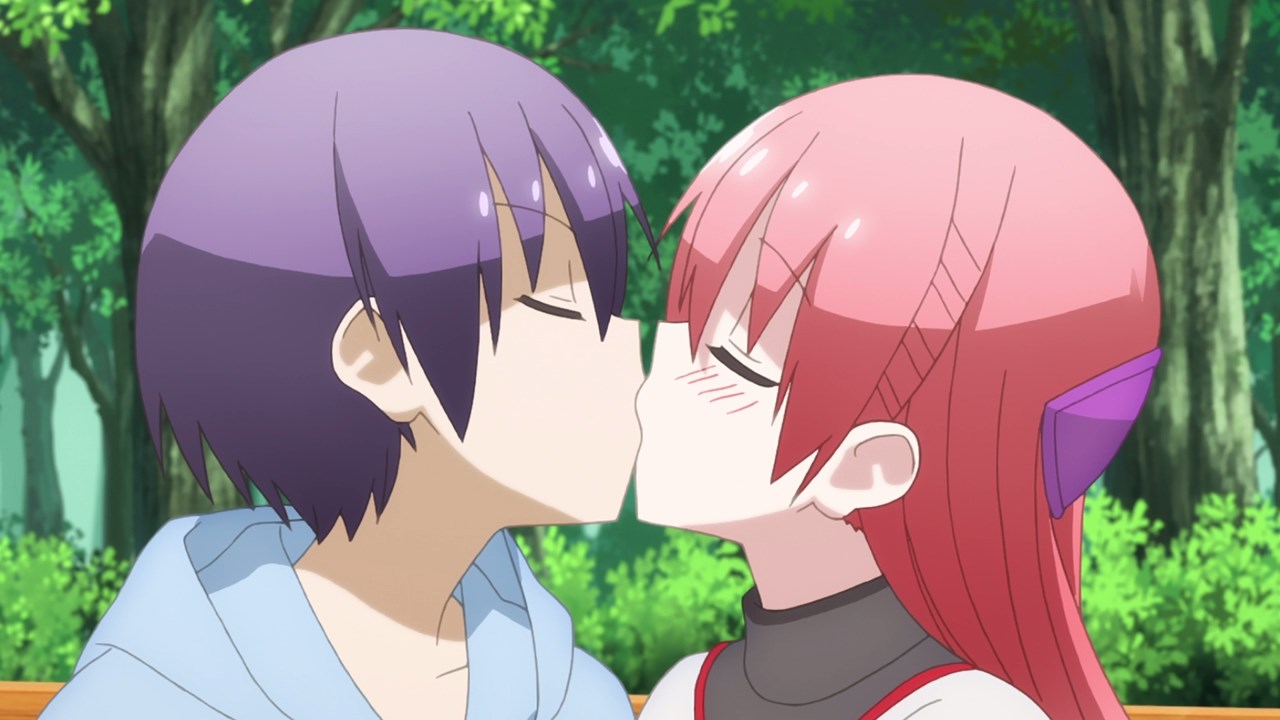 Also, they share a kiss since Nasa and Tsukasa are a married couple. Just hoping that no one will see this. 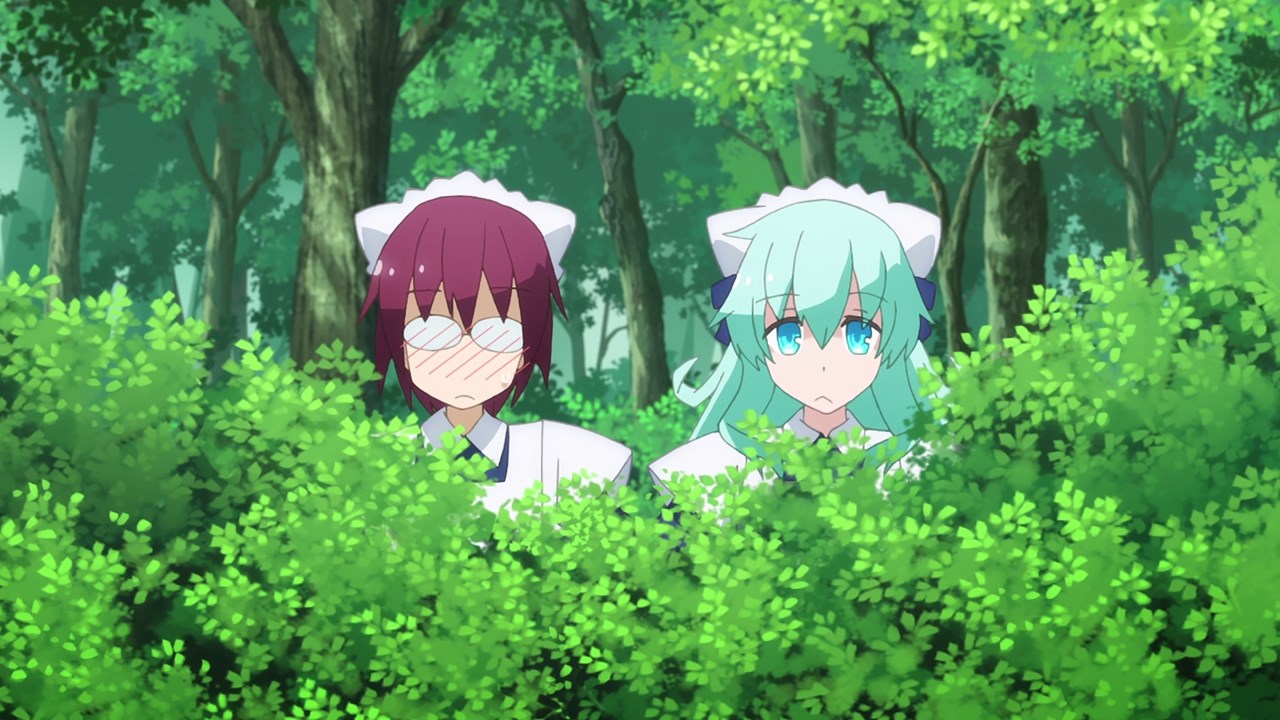 Oh, never mind as Aurora and Charlotte already saw it. Of course, I’m hoping that they won’t tell it to Chitose Kaginoji or the Tsukuyomi family. 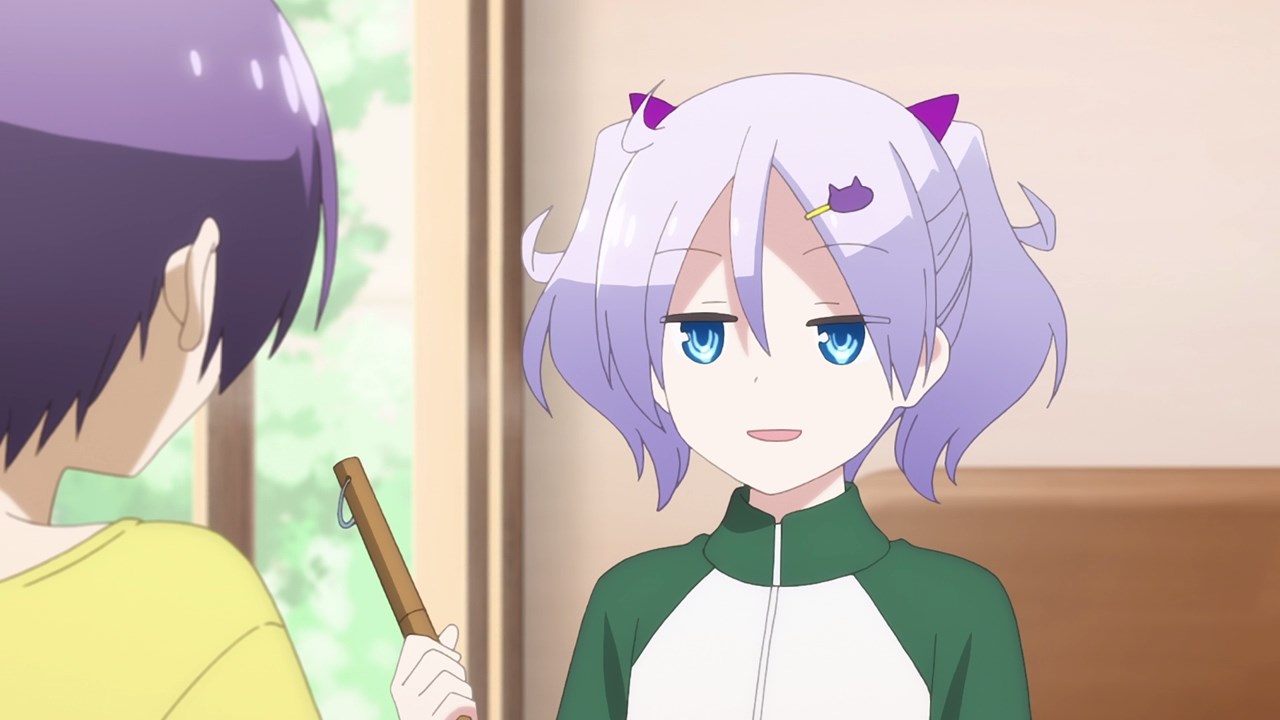 Of course, kisses are not enough to signify that they’re officially a married couple as Kaname Arisagawa suggested to Nasa Yuzaki on buying a pair of rings for him and his wife. 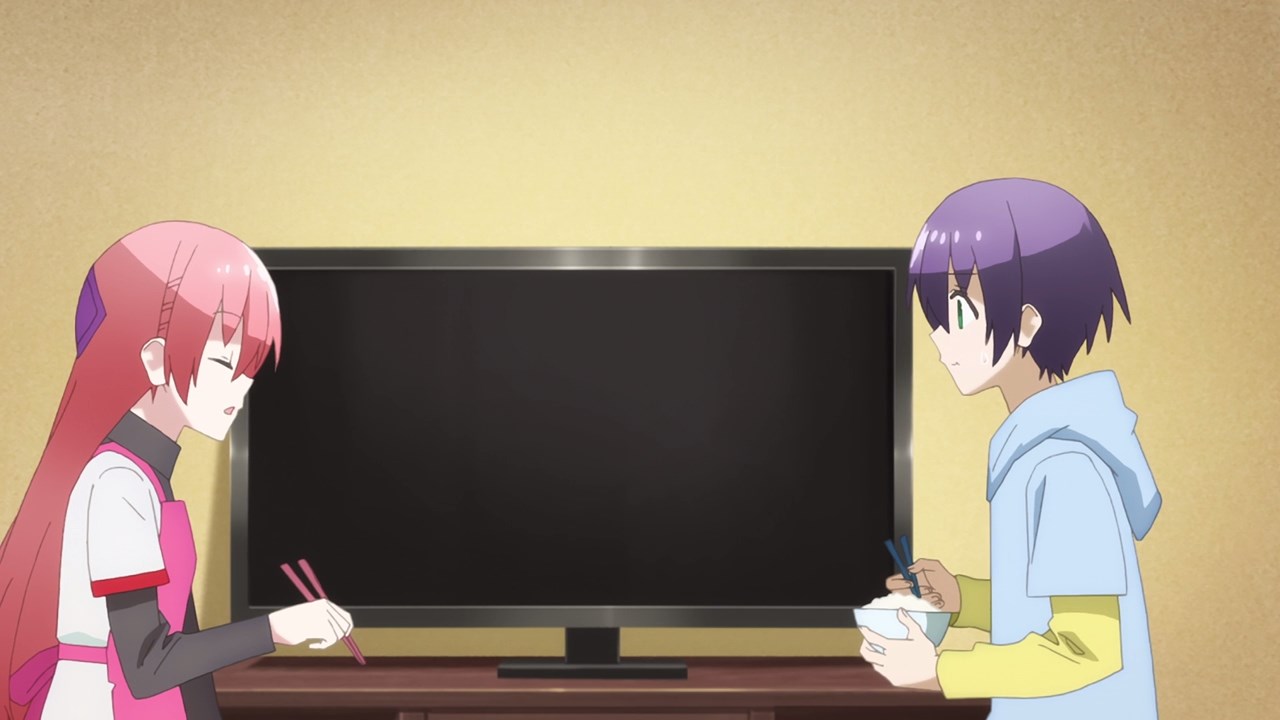 However, Tsukasa-chan told Nasa-kun that buying rings are expensive, especially engagement rings where it costs a fortune… like 1 million yen. 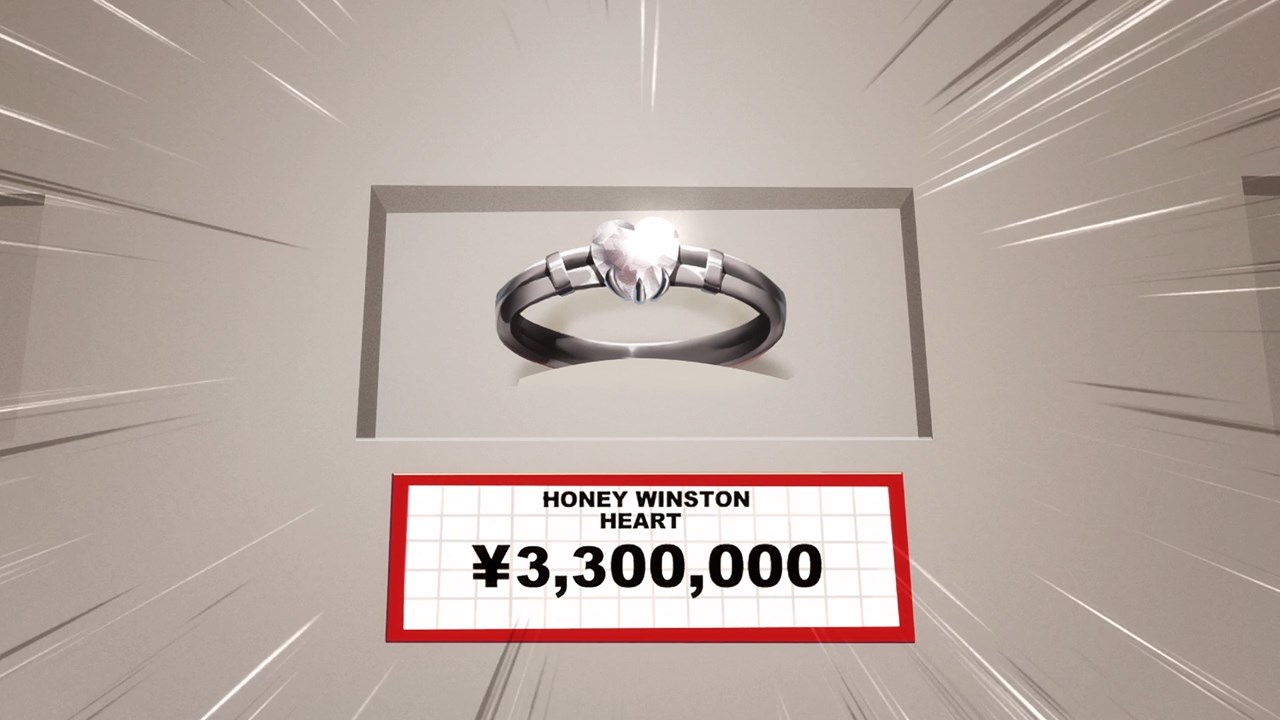 Actually, it costs more than a million yen as Nasa’s part-time wage can’t afford to buy one for his wife. 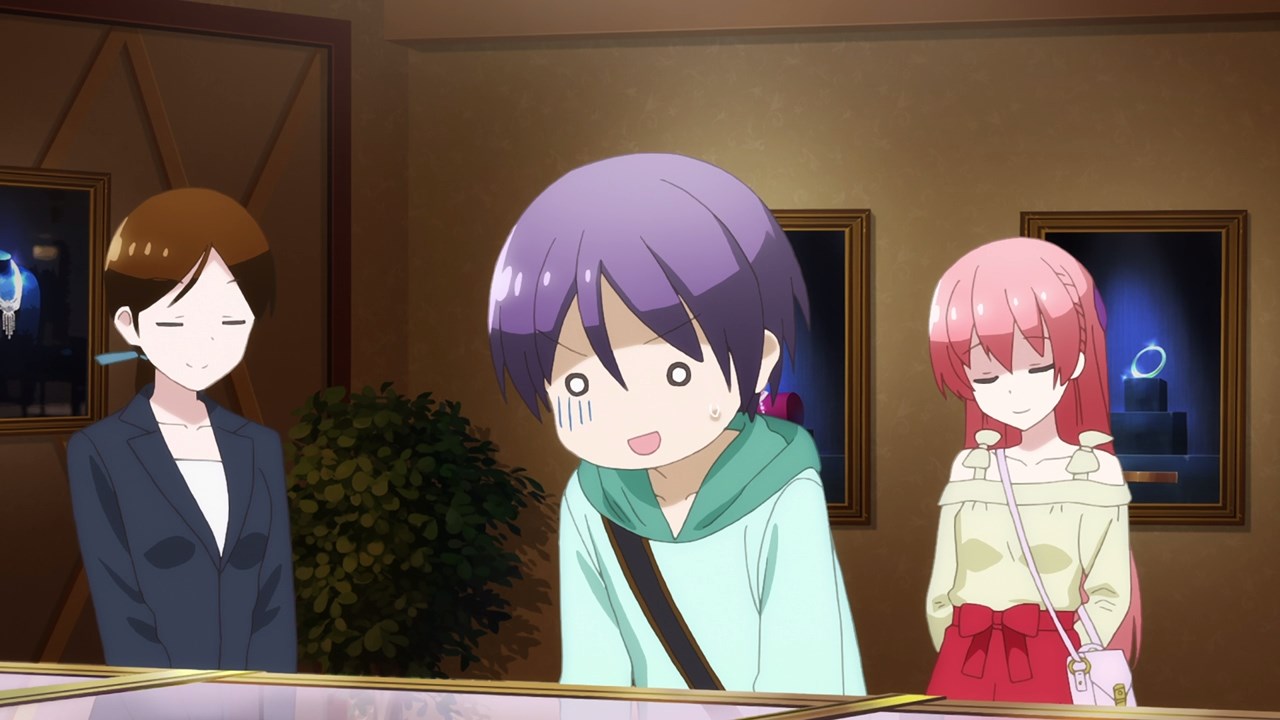 Of course, they went to Honey Winston where the jewelry shop (based on the real-life Harry Winston) makes the finest diamond rings.

But if Nasa-kun wants to give something for Tsukasa-chan, there’s a cheaper alternative… 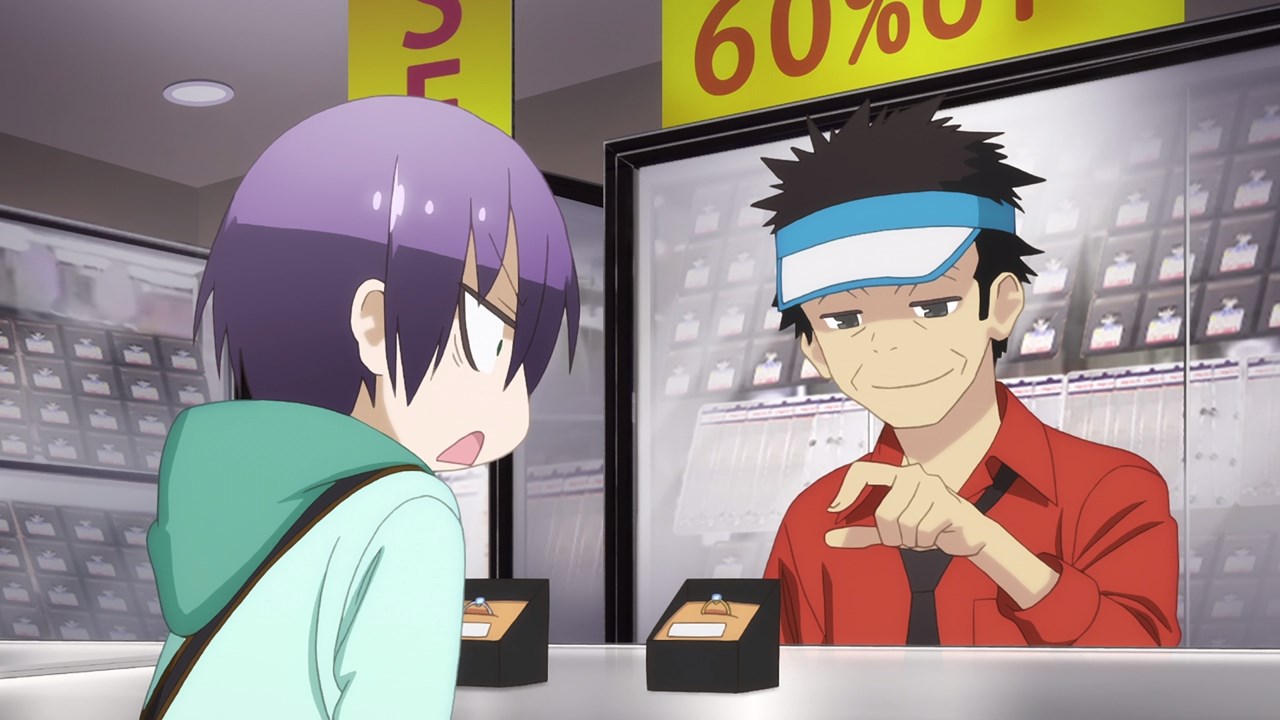 So they went to Okachimachi where they sell rings at cheaper prices. Then again, they reason why this shop sells wedding rings without costing a million is because they pick them up from divorces couples in which they throw those rings away.

Yeah, this is bad but hey, at least Nasa-kun can buy something for his wife, albeit second-hand. 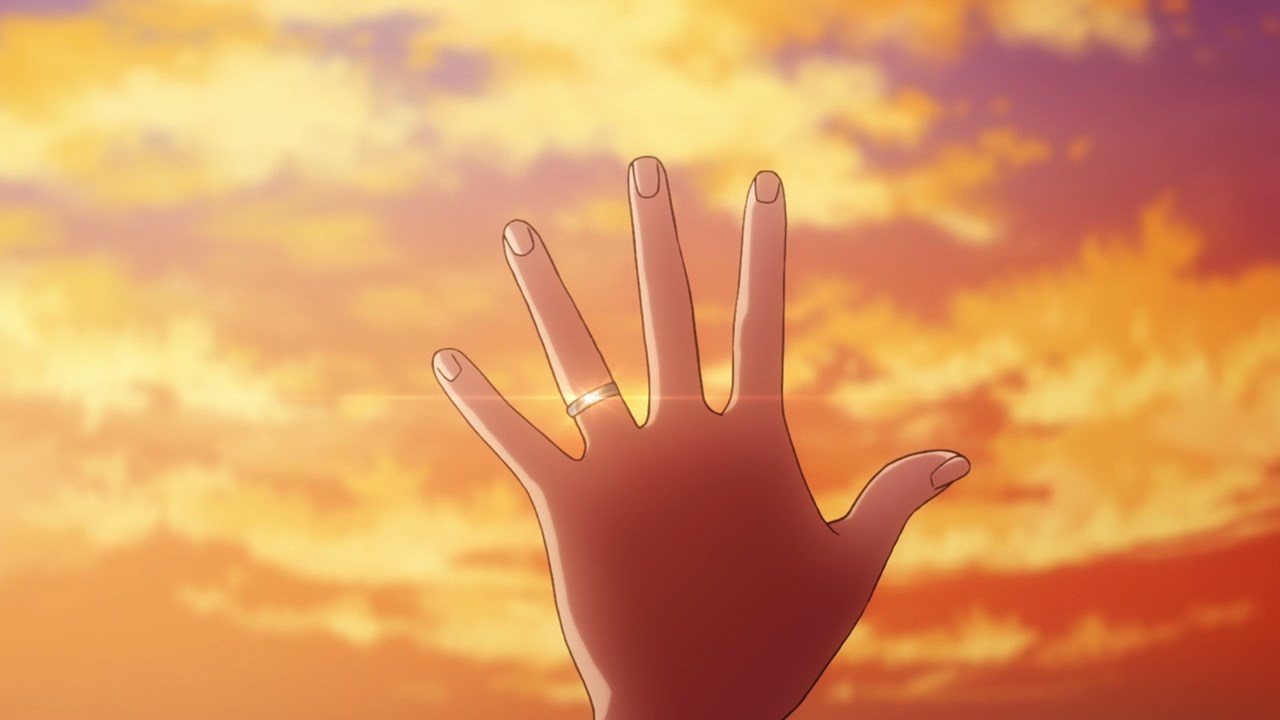 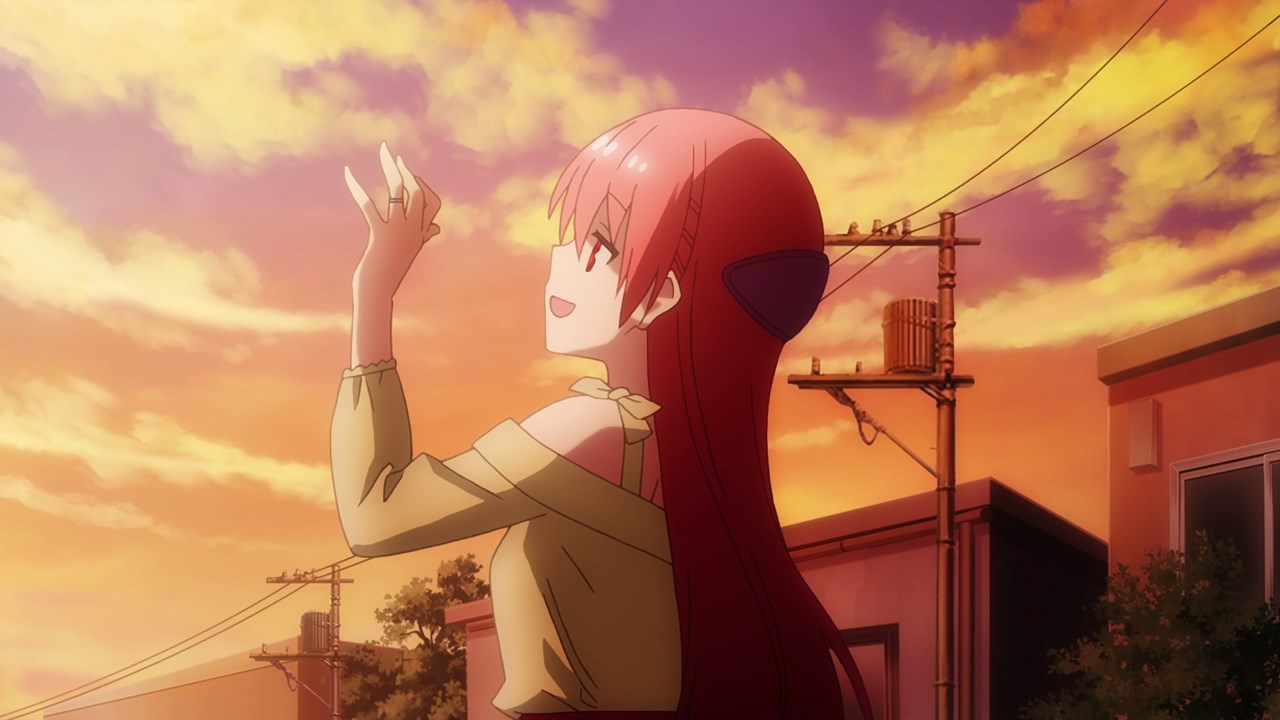 With that said, looks like Nasa and Tsukasa got themselves a wedding ring. Sure that it’s cheap, at least the sentiment counts for both of them.

Now then, I have to say that it was nice episode this week and I can’t wait for the next episode. Of course, the only thing I’m worried about is Chitose Kaginoji where she might wreck their relationship again!