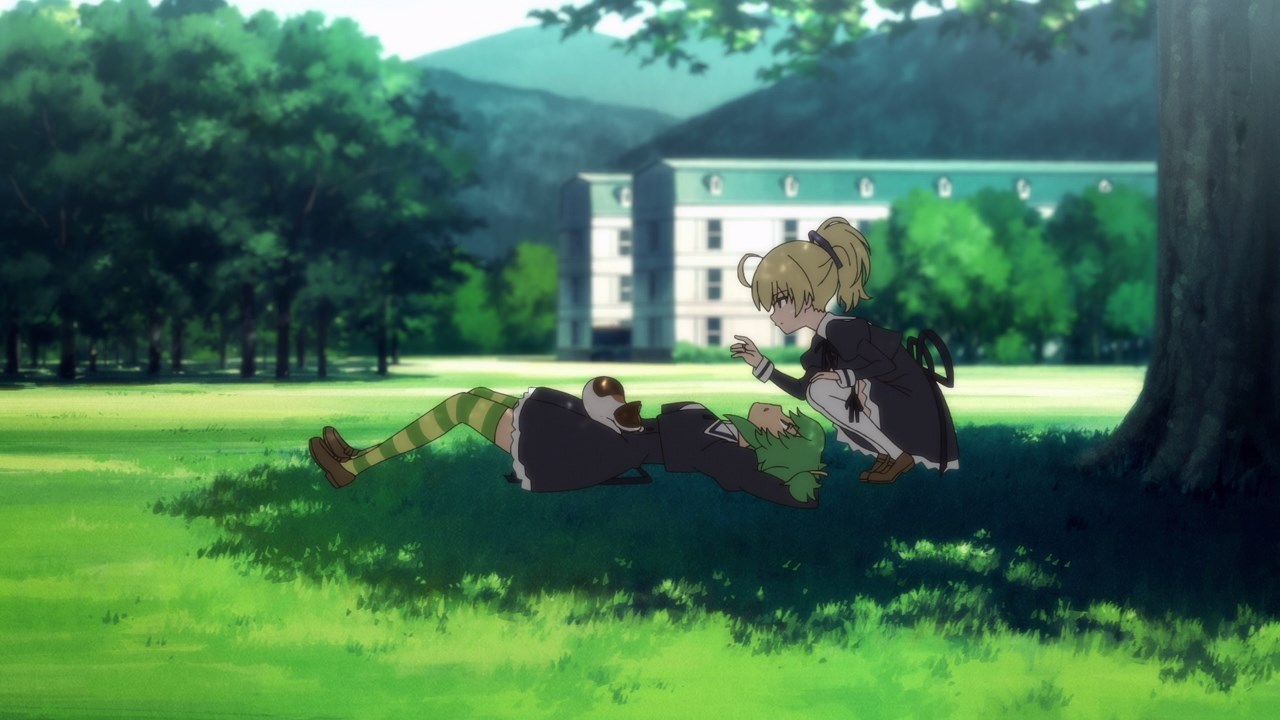 Oh look, it’s Thi Mai Yoshimura where she’s just relaxing underneath a tree until Tazusa Andou appeared to catch a cat on top of Thi Mai’s belly. Of course, Andou decides to fall back a bit ’cause she might get beaten up by Yoshimura.

Speaking of those two Lilies, when will they join Riri Hitotsuyanagi’s legion? 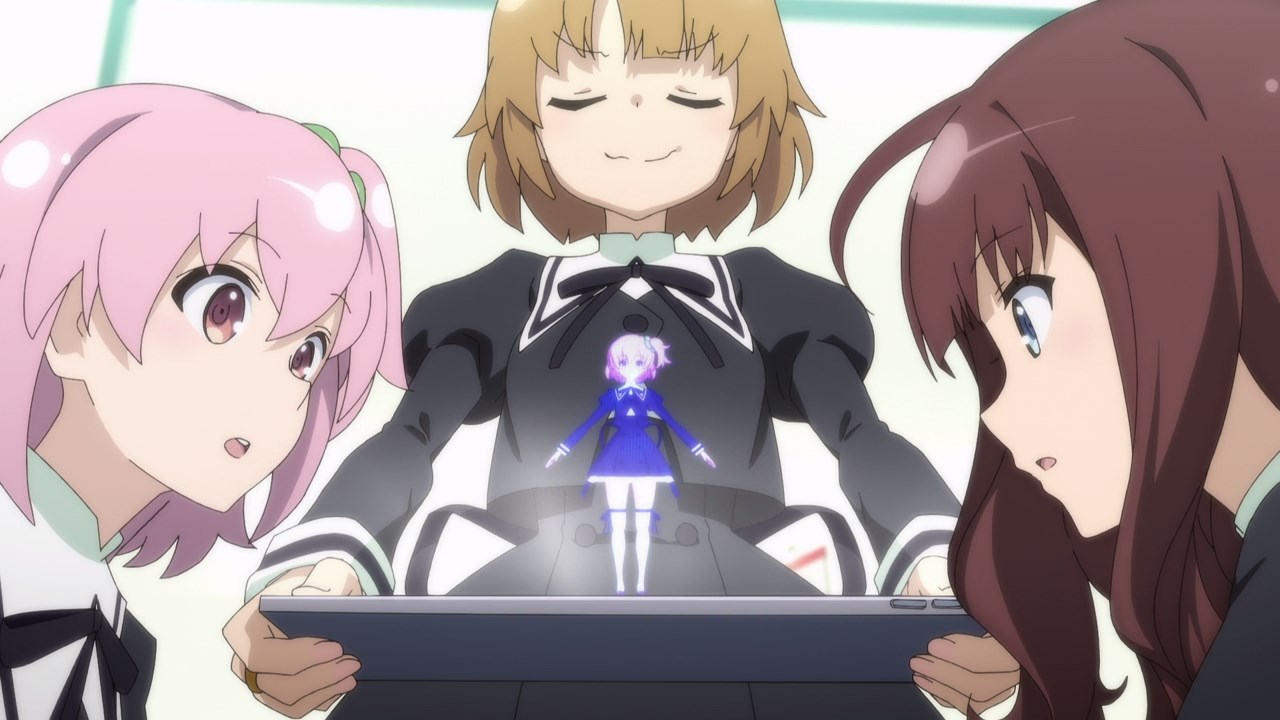 Meanwhile, it appears that Fumi Futagawa showed her tablet which contains a 3D model of Riri Hitotsuyanagi. Very neat, right? 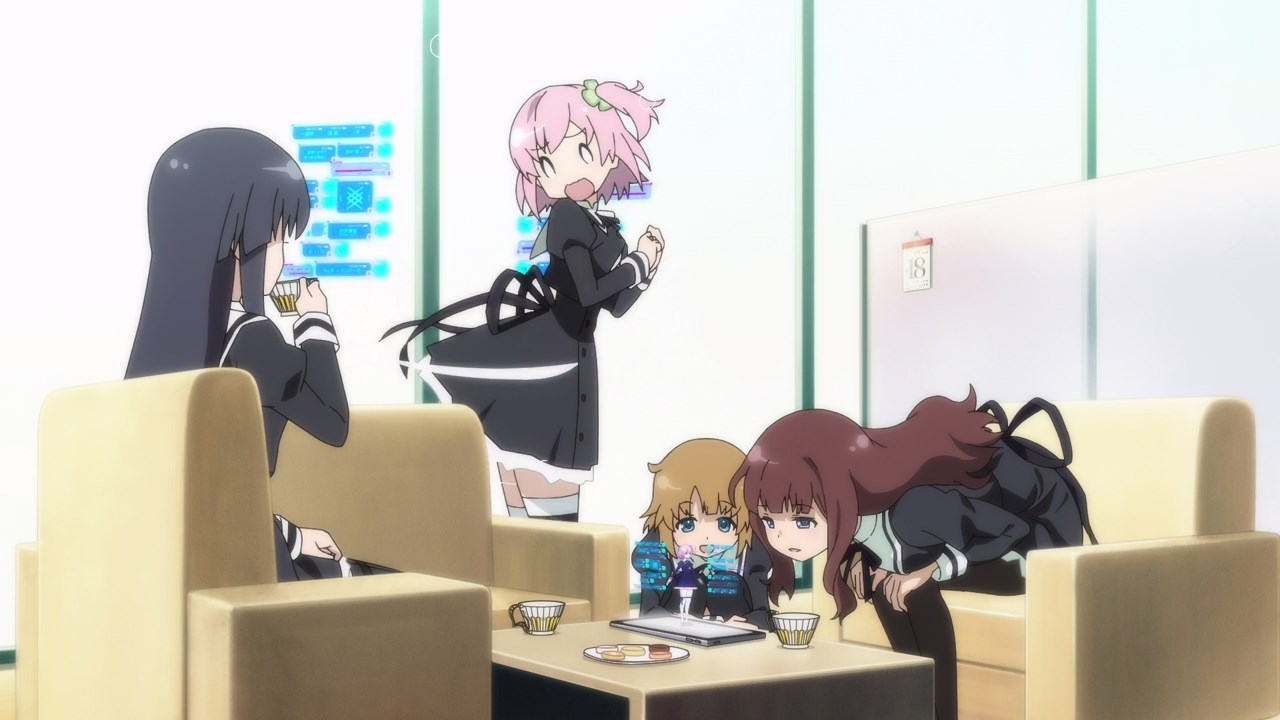 Well, turns out that Fumi is using her tablet to gather information on Riri, ranging from her three sizes to her hobbies. Of course, Hitotsuyanagi doesn’t like being spied on.

Oh yeah, it appears that tomorrow is Riri’s birthday and I’m hoping that her Schutzengel Yuyu Shirai will give her a present. 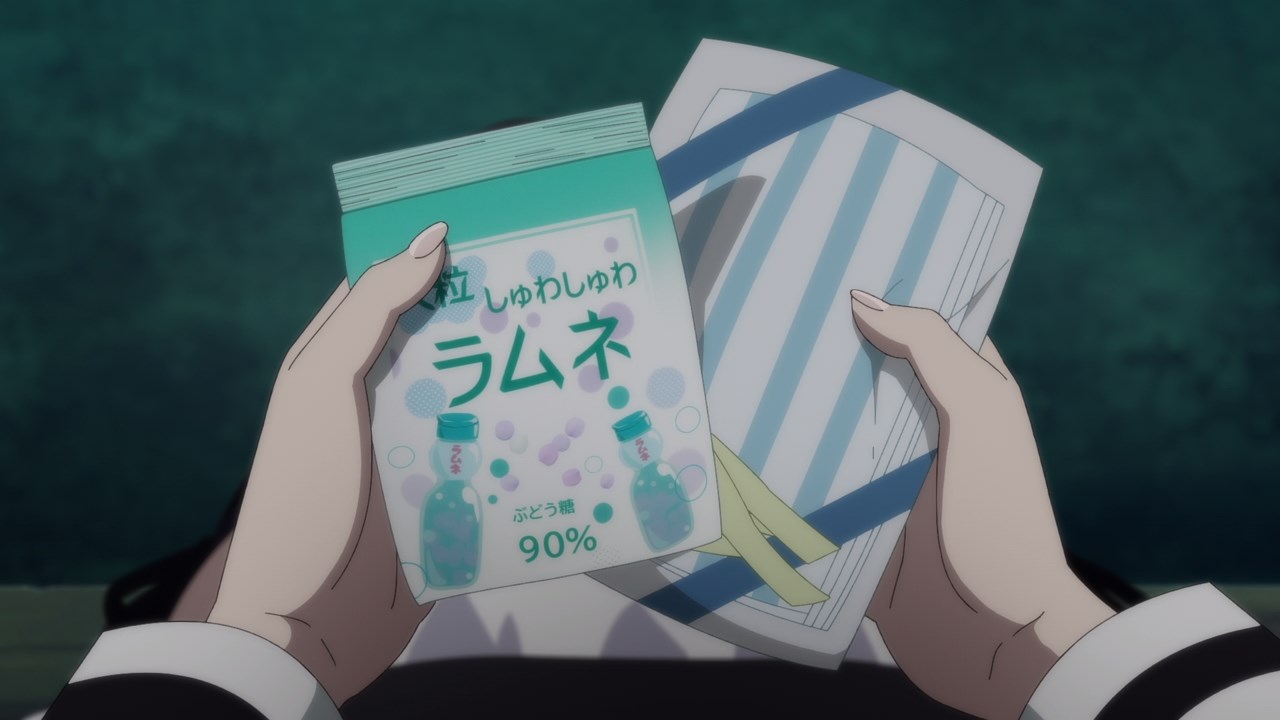 However, it appears that Yuyu-sempai has no idea on what gift she would like to give towards Riri.

While it’s revealed that Riri loves ramune, Yuyu bought something that’s not special. I mean, buying a ramune on a squeeze pack doesn’t look authentic even when wrapping it. 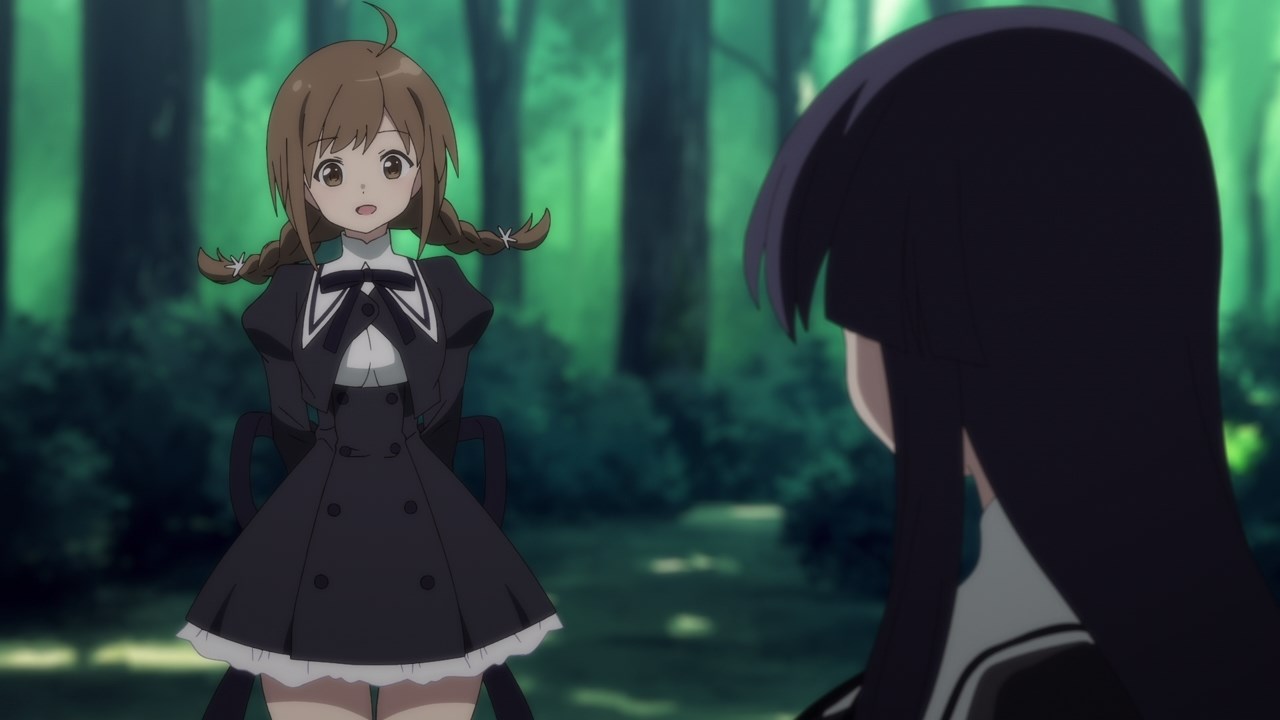 Oh yeah, here’s Shiori Rokkaku where she’s gonna help Yuyu Shirai on wrapping that ramune drink. But still, it would be better if Yuyu finds the genuine product. 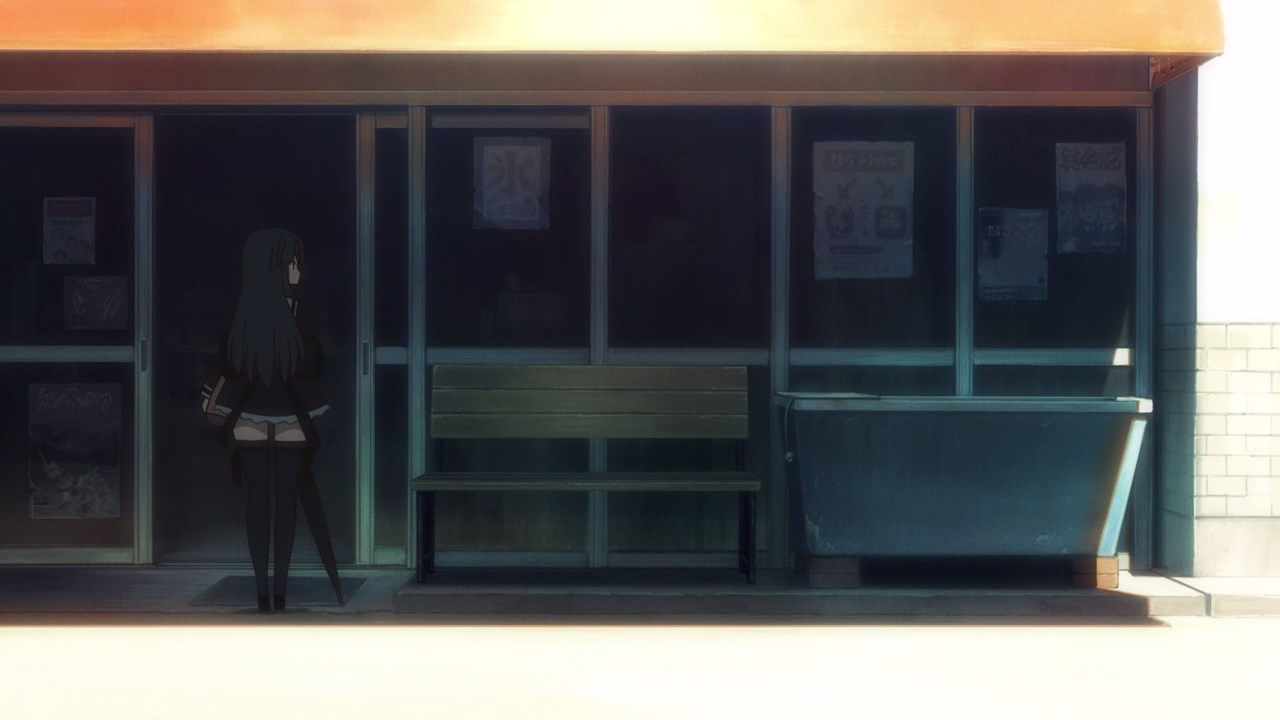 So, Shirai went outside until she stumbled upon a dagashi store where it sells various snacks.

Oh yeah, the store owner told Yuyu that there’s a girl who buys ramune. Wait, does the owner refer to Riri Hitotsuyanagi? 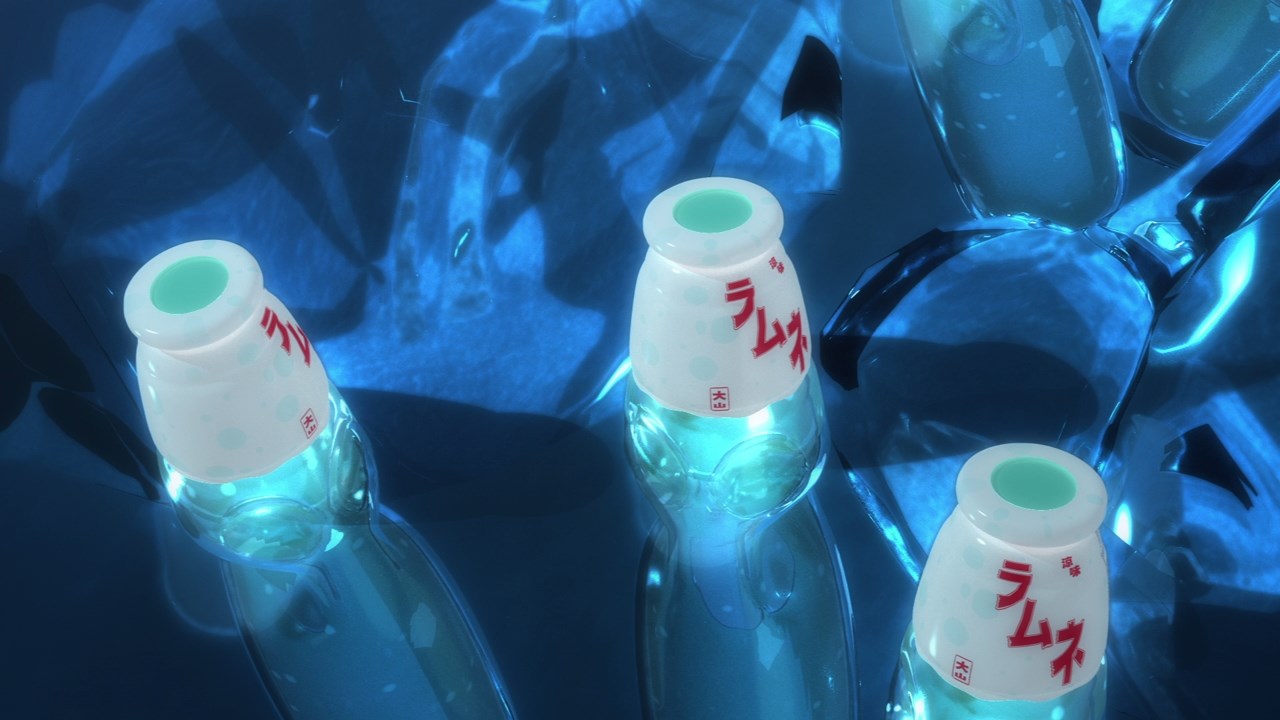 Anyways, this is the real deal as Yuyu found bottles of ramune, ready to pick it up, pop the seal, and drink it. 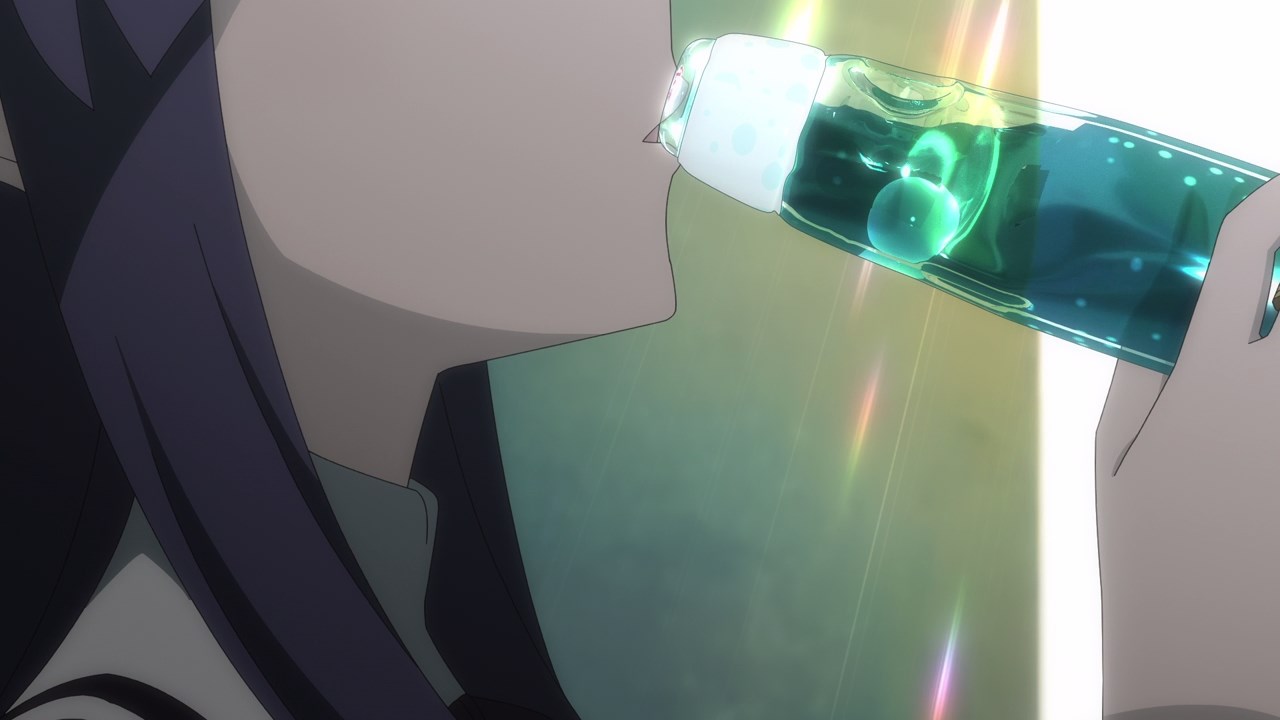 Once Yuyu took one ramune bottle and drink it, she felt refreshed as Yuyu bought 1 dozen bottles so she can share it with Riri. 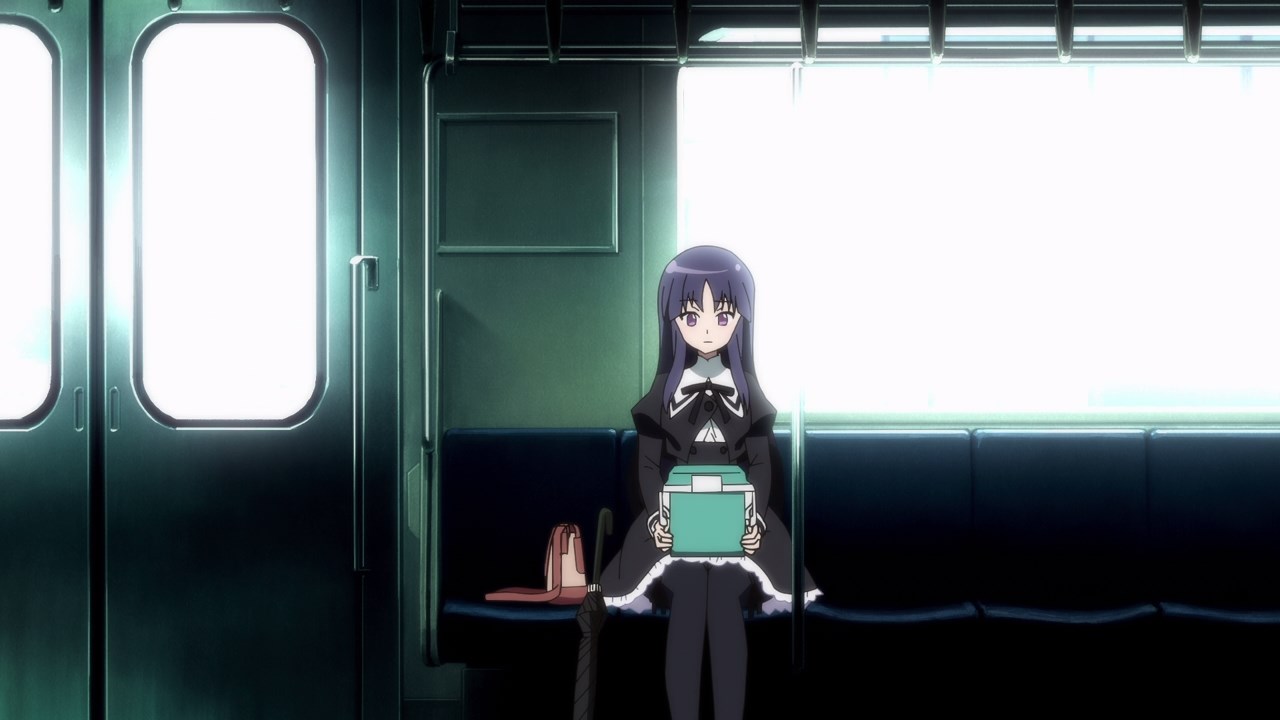 But yes, looks like Yuyu Shirai managed to buy a dozen ramune bottles. Of course, it seems that she might lost it in the heat of battle. 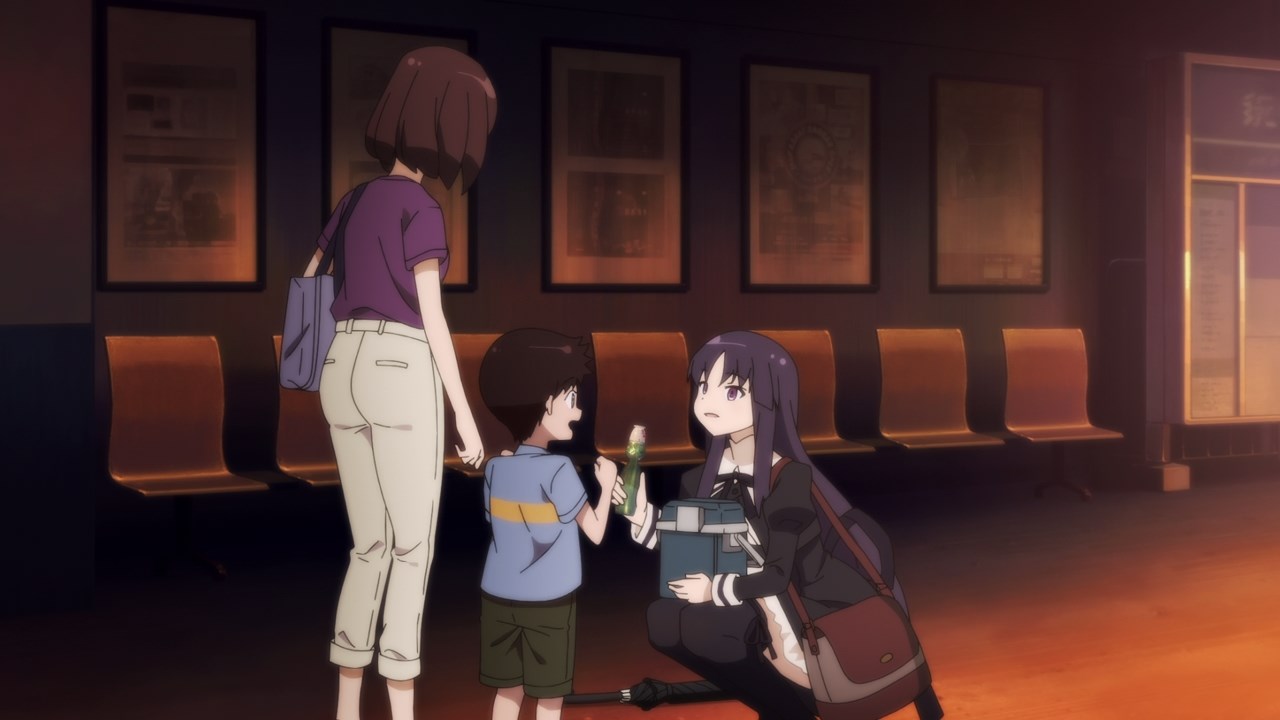 Or rather, Yuyu might give some of them away to those thirsty kids. Still, I’m hoping that she got one bottle left for Riri. 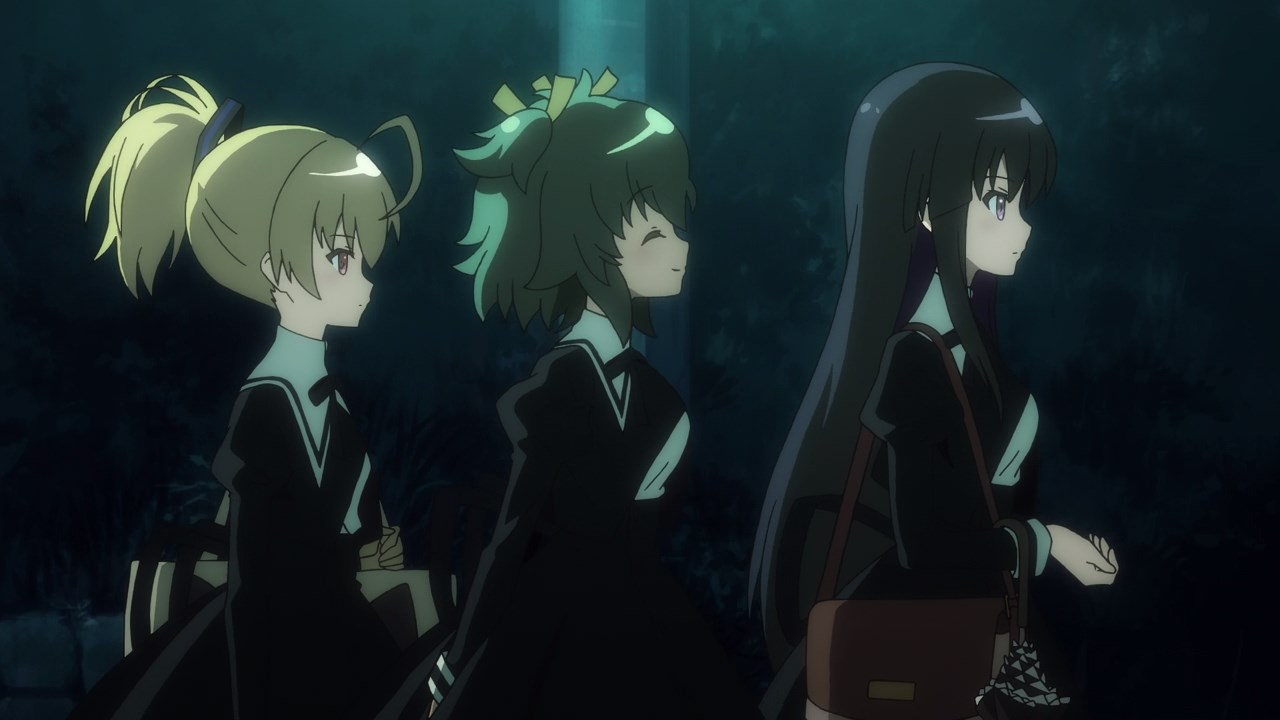 Anyways, she returned to Yurigaoka Girls’ Academy where Yuyu Shirai is greeted by Tazusa Andou and Thi Mai Yoshimura.

Then again, I wonder if her last remaining bottle of ramune is still cold enough for Riri to drink it on her birthday? 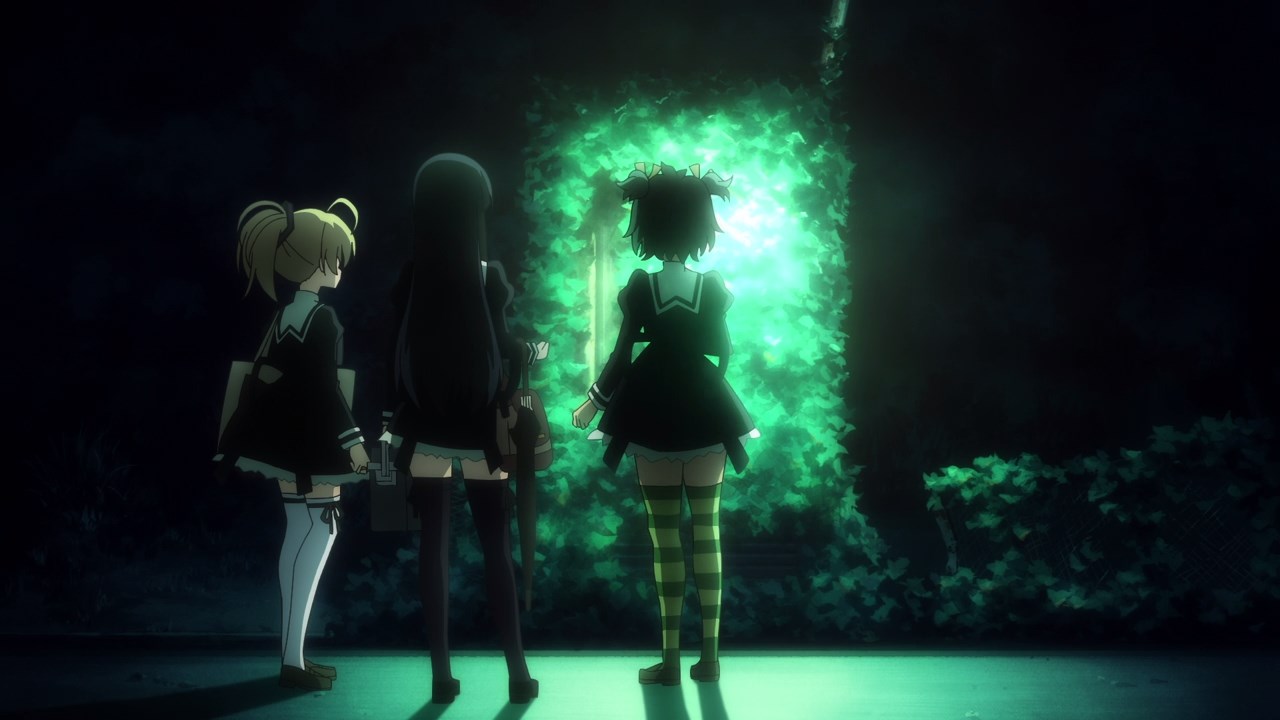 On the other hand, the 3 girls stumbled upon a vending machine that was covered with vines. I wonder what kind of drink it dispenses from that machine. 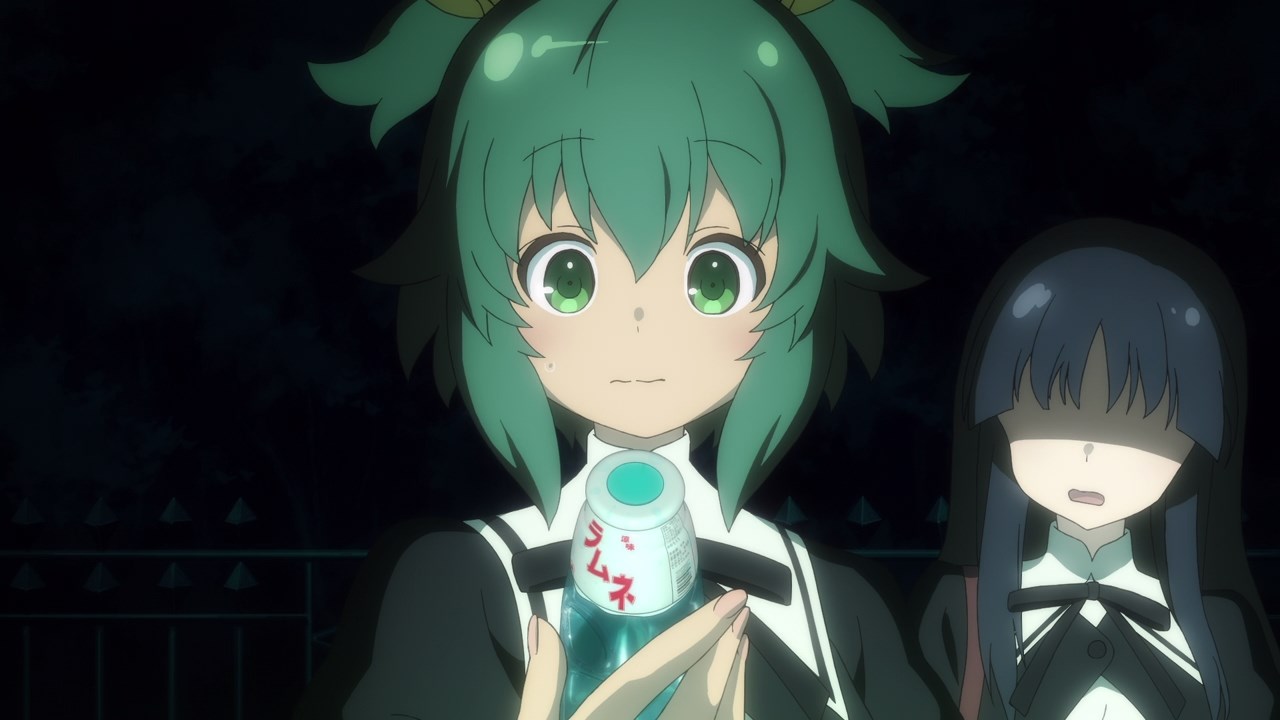 Oh, ramune bottles. I guess Yuyu Shirai’s journey outside Yurigaoka Girls’ Academy is not worth it as it turns out that the school has a ramune vending machine. 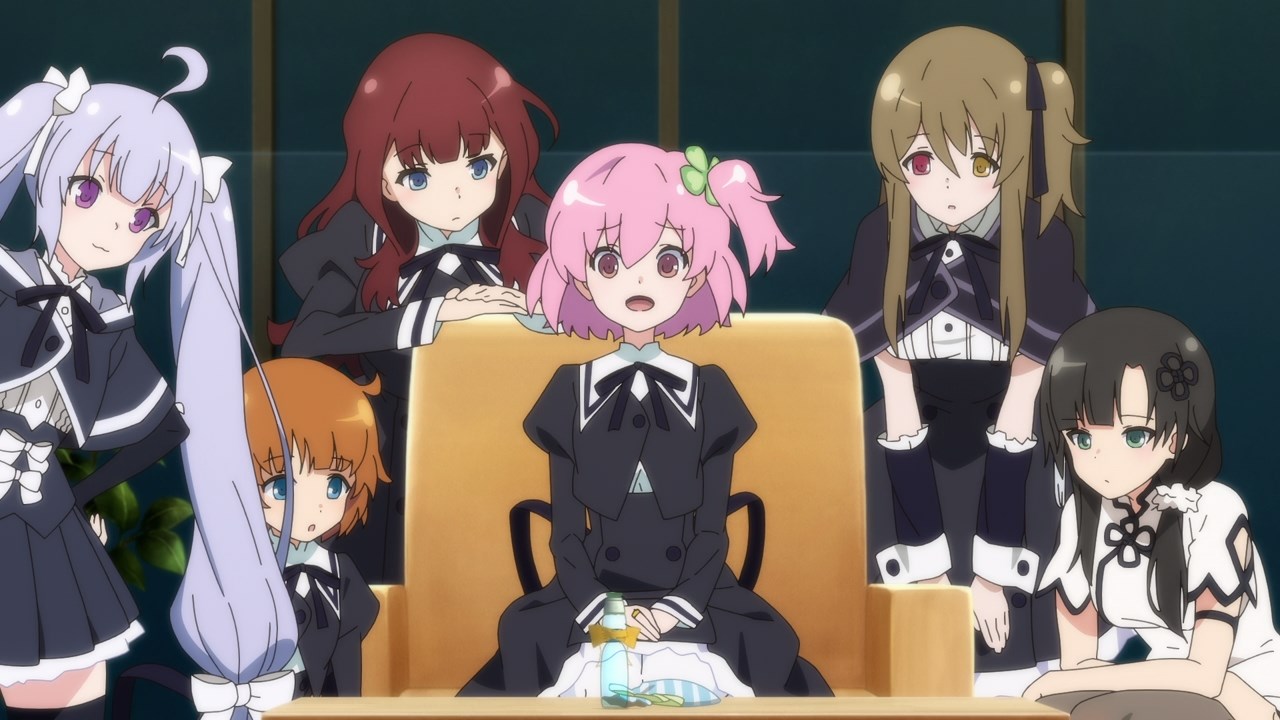 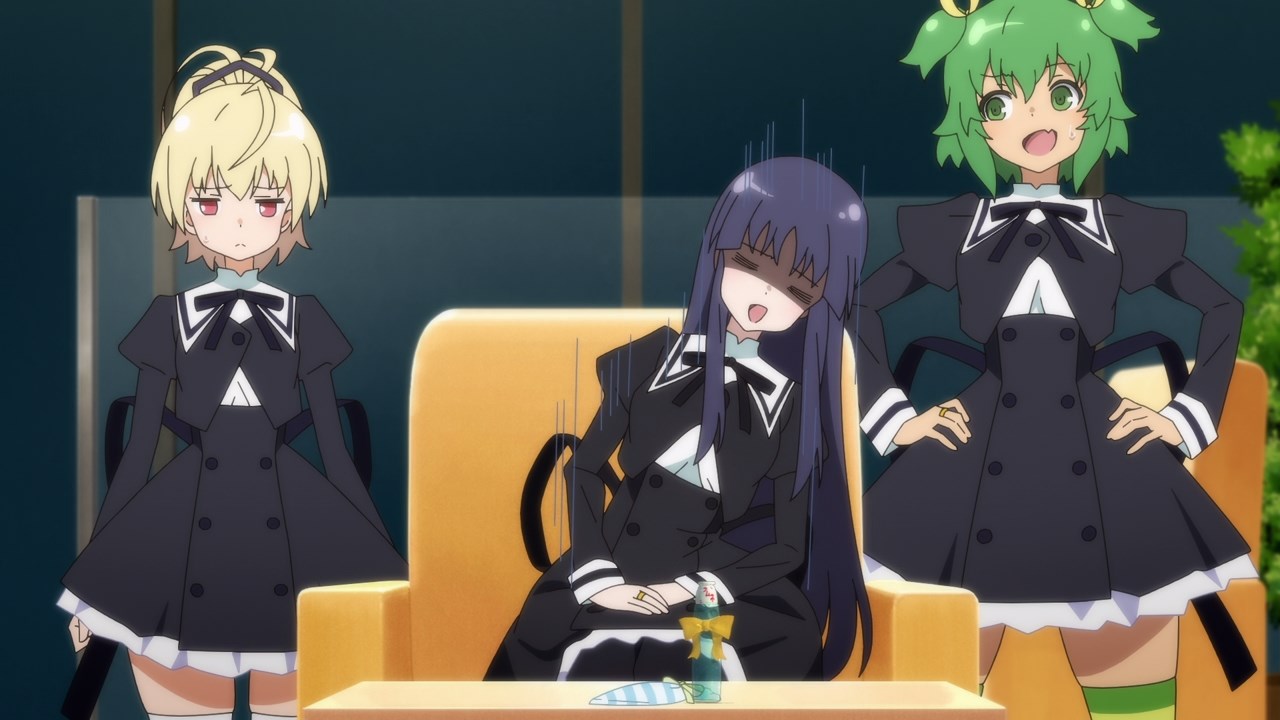 But anyways, Riri Hitotsuyanagi is celebrating her birthday as she thanked Yuyu Shirai for giving her one bottle of ramune, although Yuyu-sempai is very exhausted since she traveled very far. 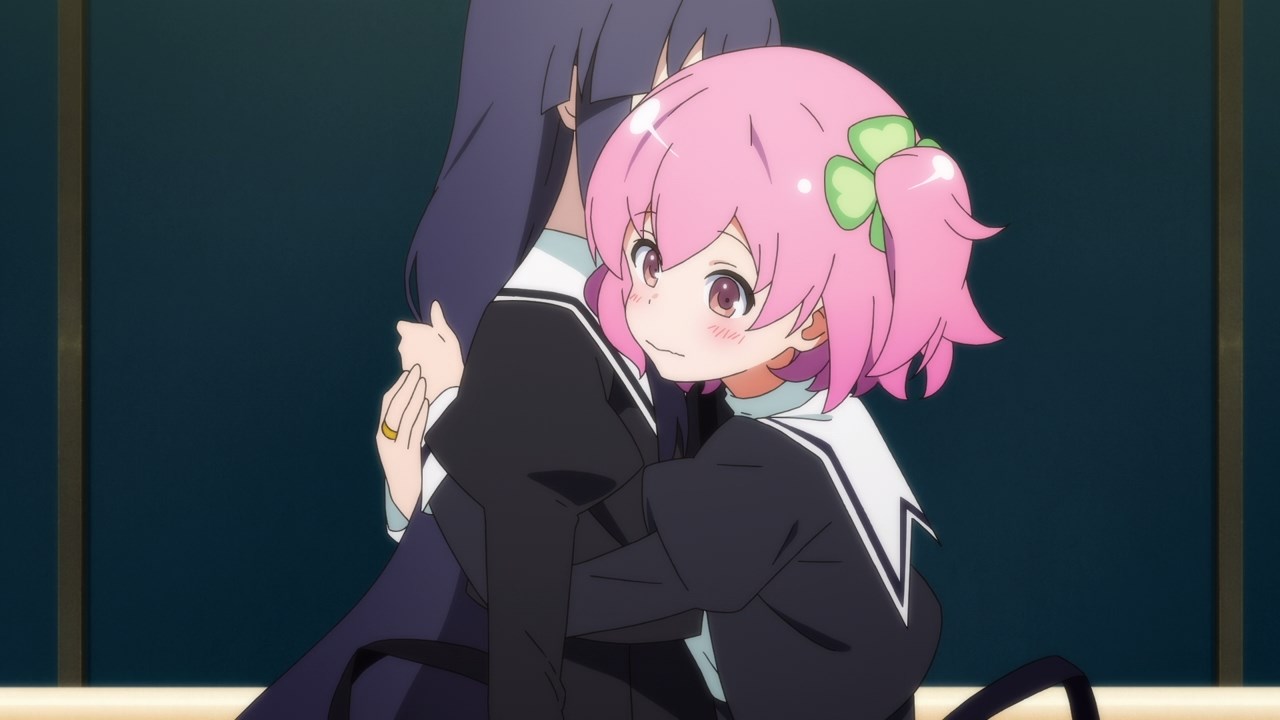 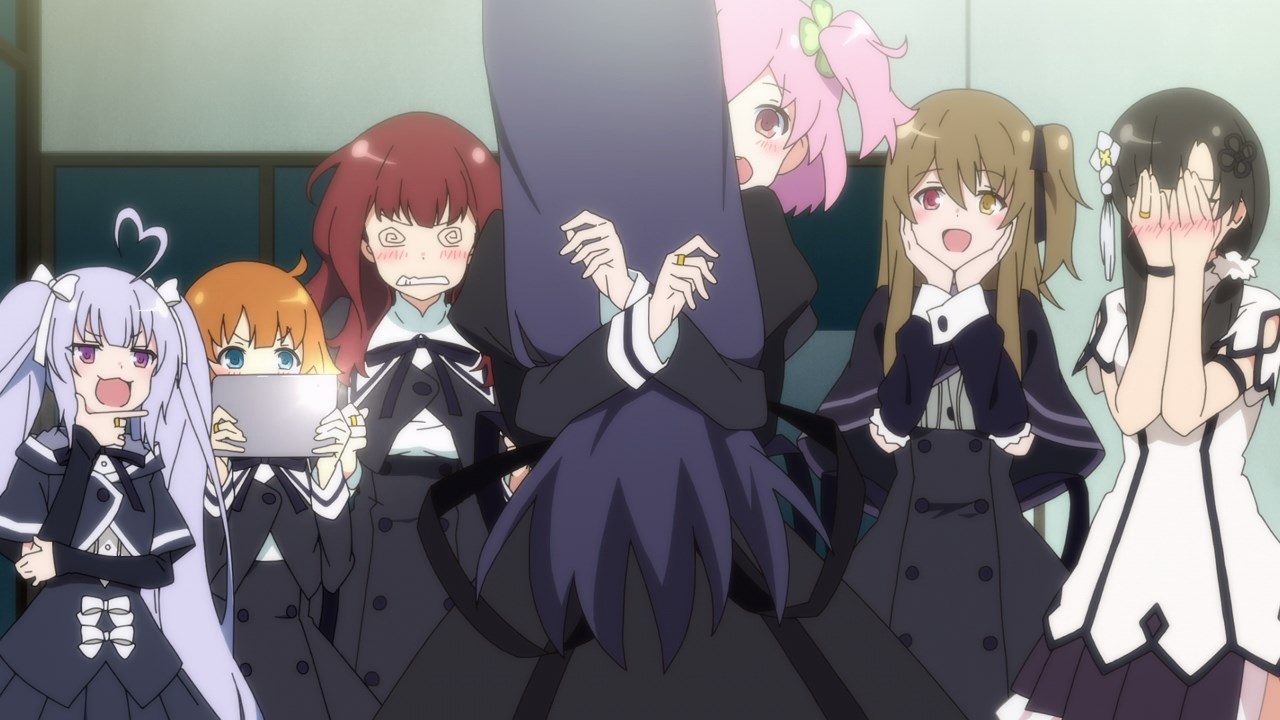 But you know what, I think a hug from Riri will make Yuyu feel better, although it’s embarrassing for both of them being seen by everyone. I can’t wait for Fumi Futagawa to publish those photos of the duo. 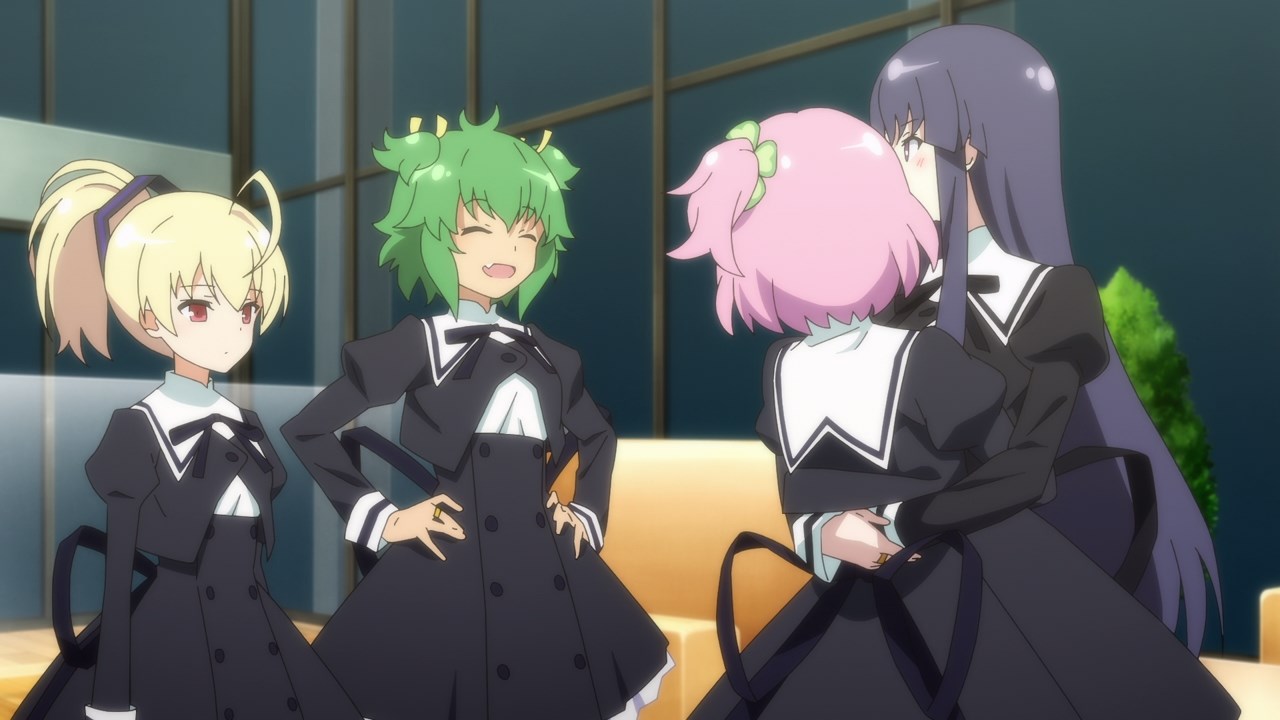 Oh by the way, turns out that Tazusa Andou and Thi Mai Yoshimura will join Riri Hitotsuyanagi’s legion, which is the best birthday gift ever and I’m glad that her legion has 9 members.

Man, how did Riri managed to get her members in a short amount of time? 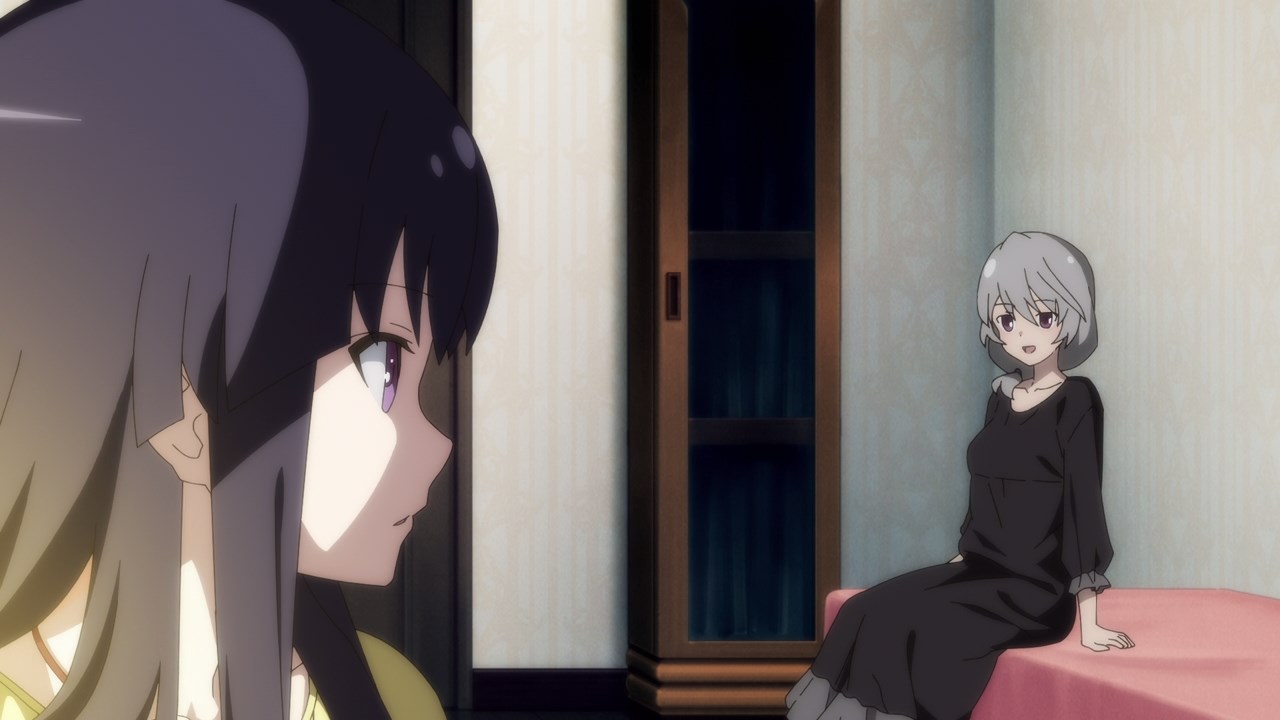 Well, it’s time for an explanation from Yuyu’s roommate Matsuri Hata explains to Yuyu Shirai that there are reports that Riri Hitotsuyanagi has “Charisma” as her Rare Skill. So despite being a newcomer, Riri has the potential to become a leader of her own legion.

Of course, there’s no confirmation on whether Riri’s Rare Skill is actually true, but one thing is clear is that Riri’s legion is finally complete and it’ll be a major asset in the fight against the HUGE. With that said, I can’t wait for those 9 girls in action on the next episode!