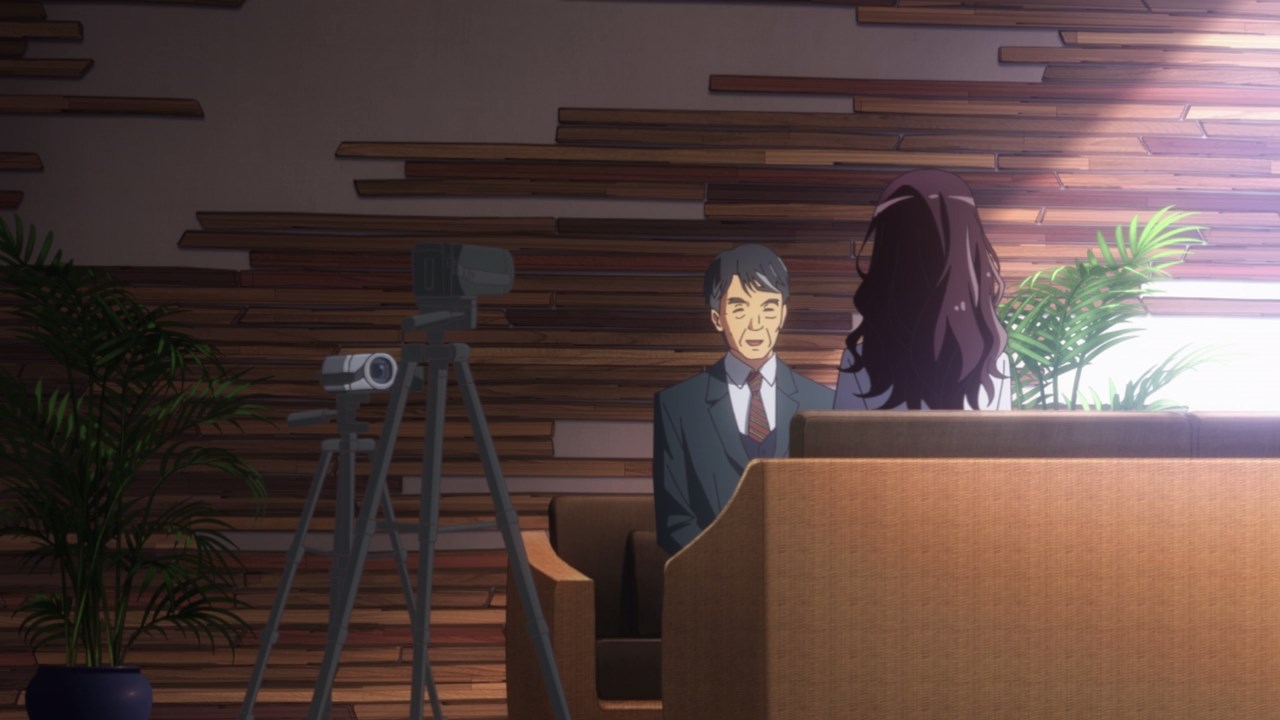 Oh look, it appears that the CEO of a mysterious company is interviewing Dr. Asama who’s very acquainted with Dr. Shuichiro Korogi, especially when it comes to his computer science research. 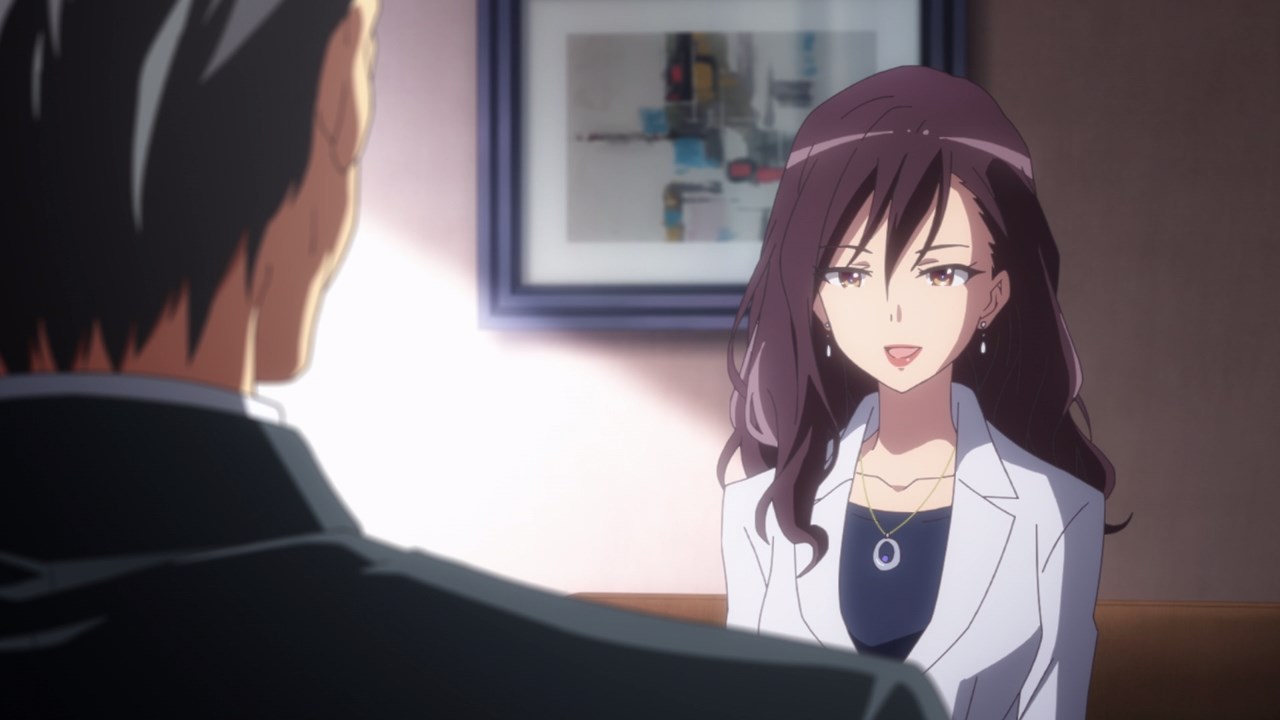 Of course, CEO’s agenda will be revealed in future episodes because c’mon, I don’t know if she’s targeting Hina Sato or someone else. 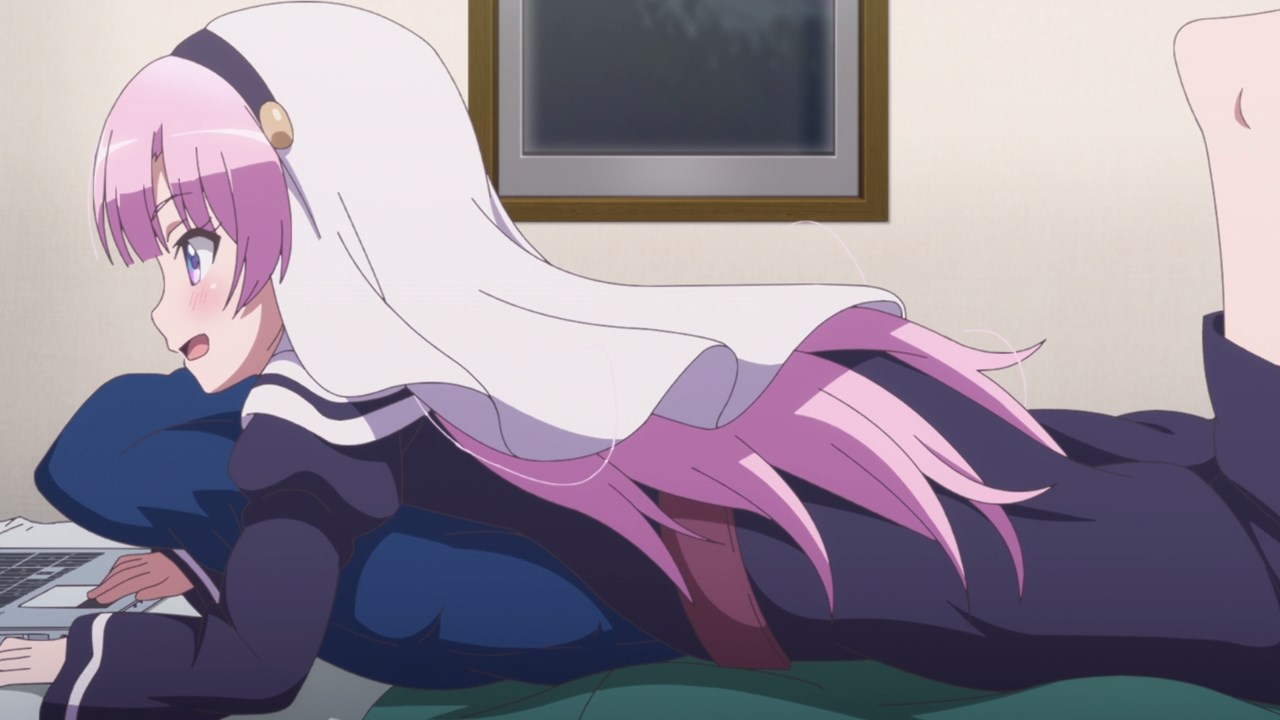 Now then, let’s move onto Hina or Odin where she managed to win an online mahjong game. 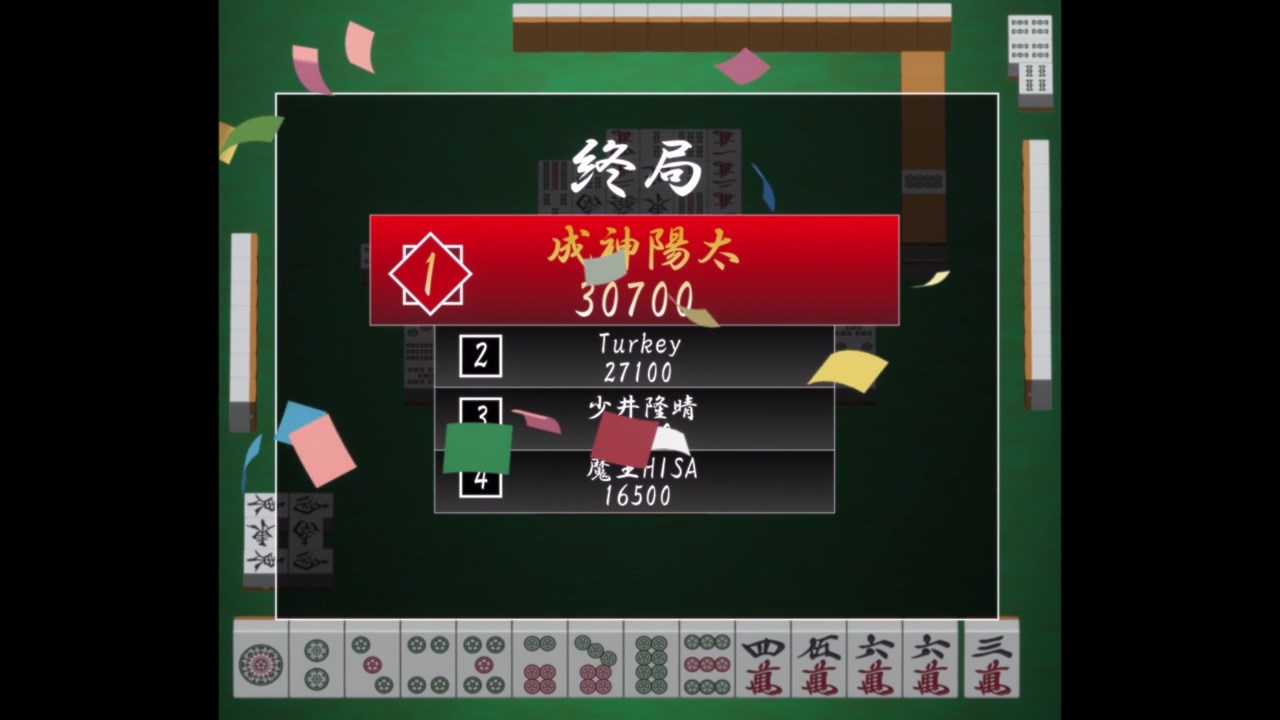 And here’s the thing though as Odin used Youta’s name to enter the online tournament. Oh, and it turns out that he’s qualified to participate in the Libertas Cup. 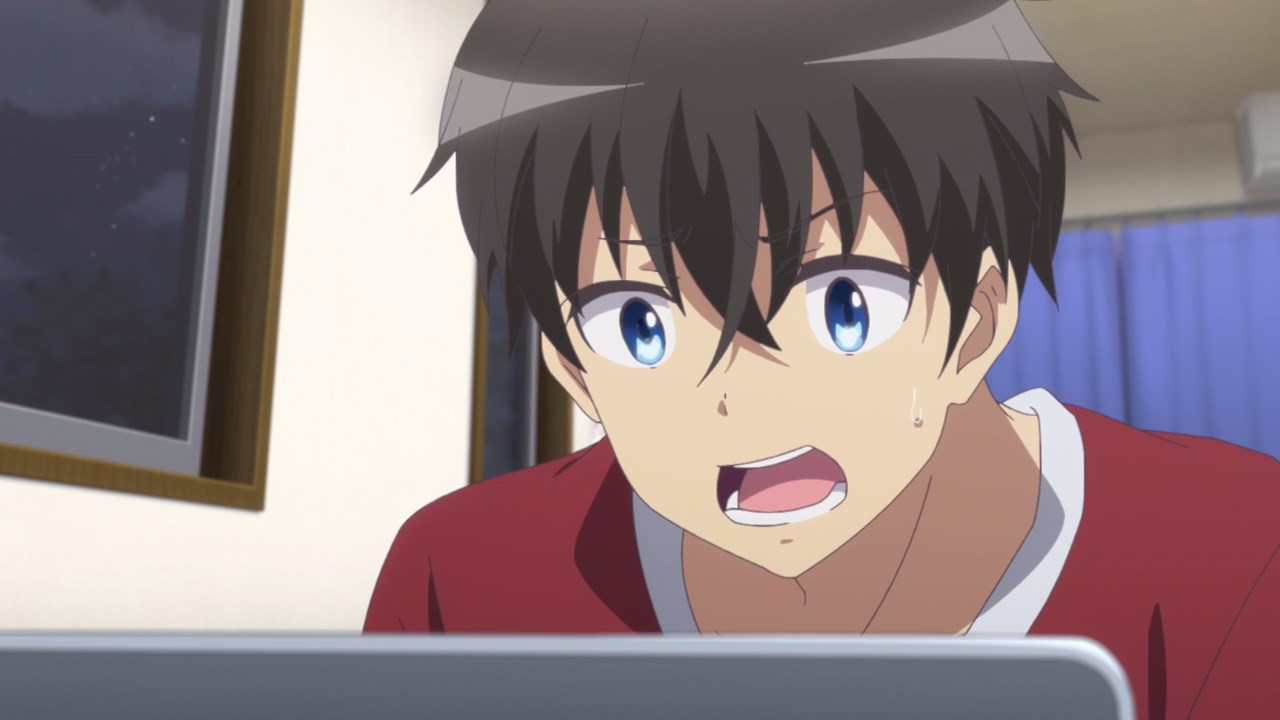 For Youta-kun, he doesn’t like it at all since Odin used his name without permission and he doesn’t know shit about playing mahjong. Basically, Youta is screwed when he participates in an offline tournament. 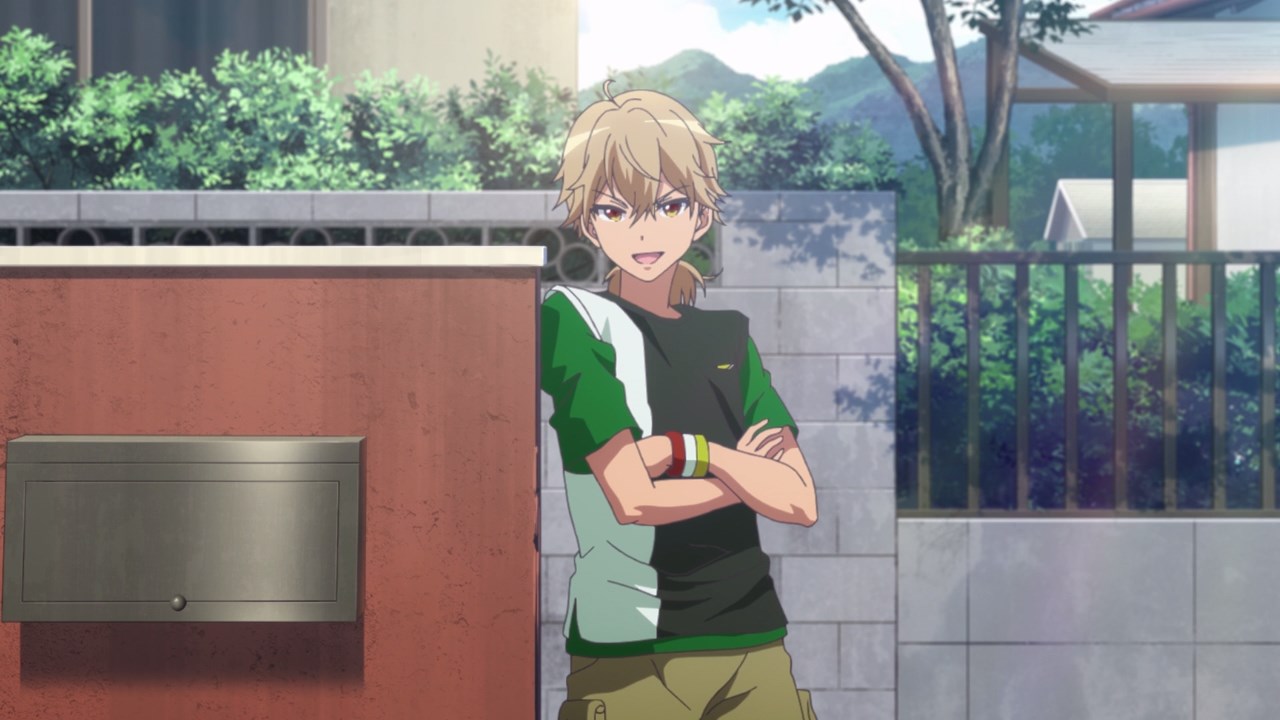 By the way, I forgot to introduce you to Youta Narukami’s friend Ashura Kokuhou as he’s here to cheer him on. C’mon, he’s the best wingman for Youta-kun. 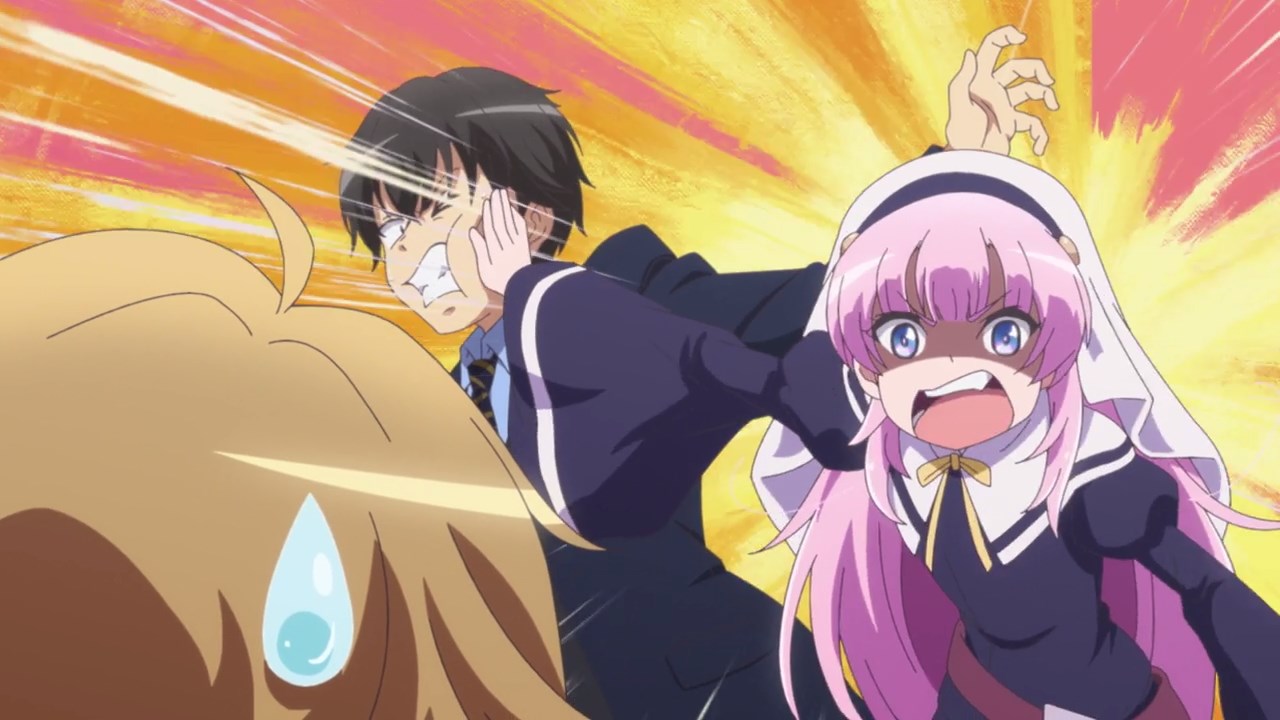 Of course, it seems that Odin is mad that Youta’s friend is named after a Buddhist demigod Asura. Oh Hina-chan… 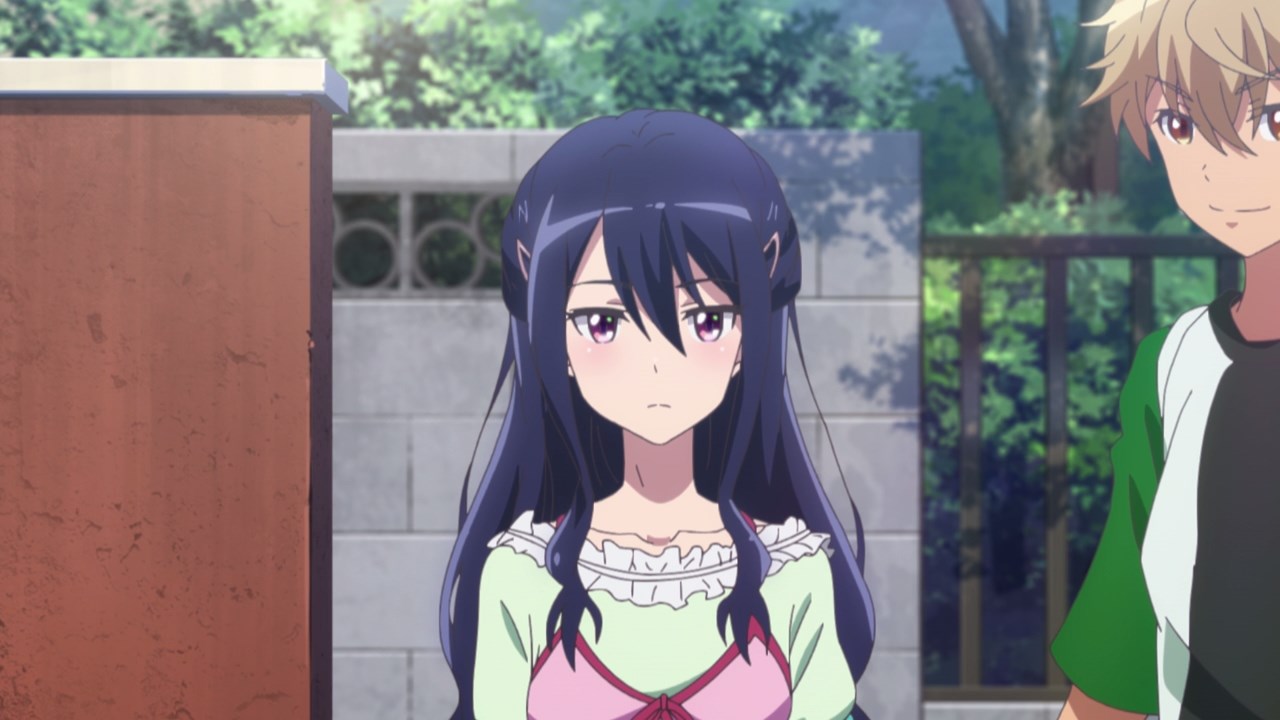 One more thing, Ashura Kokuhou brought Kyouko Izanami as she’s gonna support Youta-kun in the tournament. Then again, he might put an embarrassing performance later. 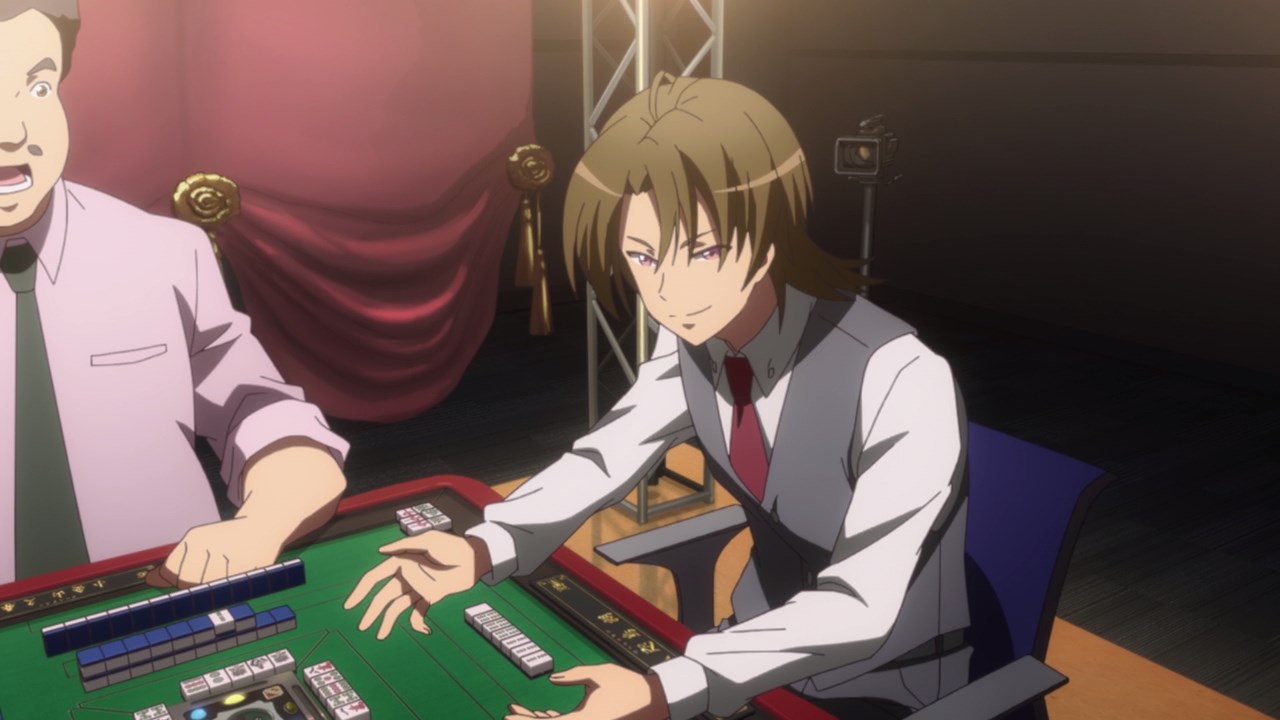 But anyways, it’s time for the tournament where Youta Narukami will face strong opponents who are masters of the game. 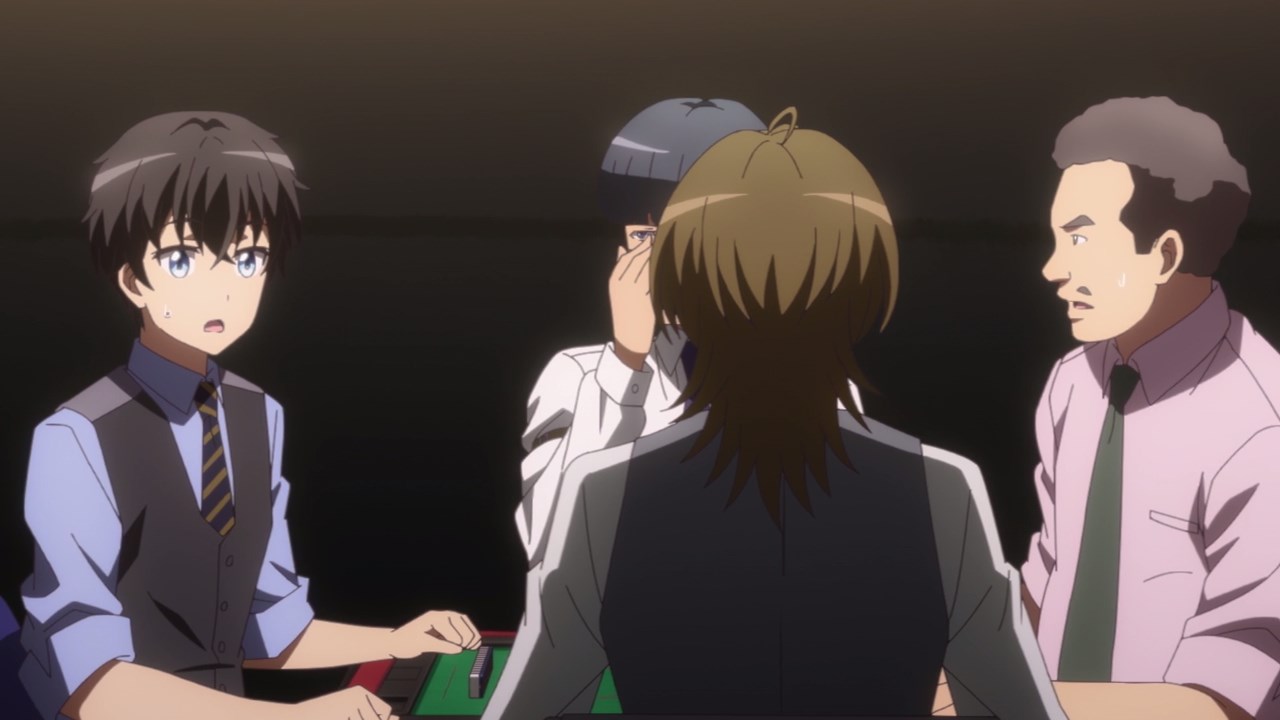 And really, Youta is pretty much doomed as no matter what he do, everyone will call him a fraud because Narukami is a total amateur. 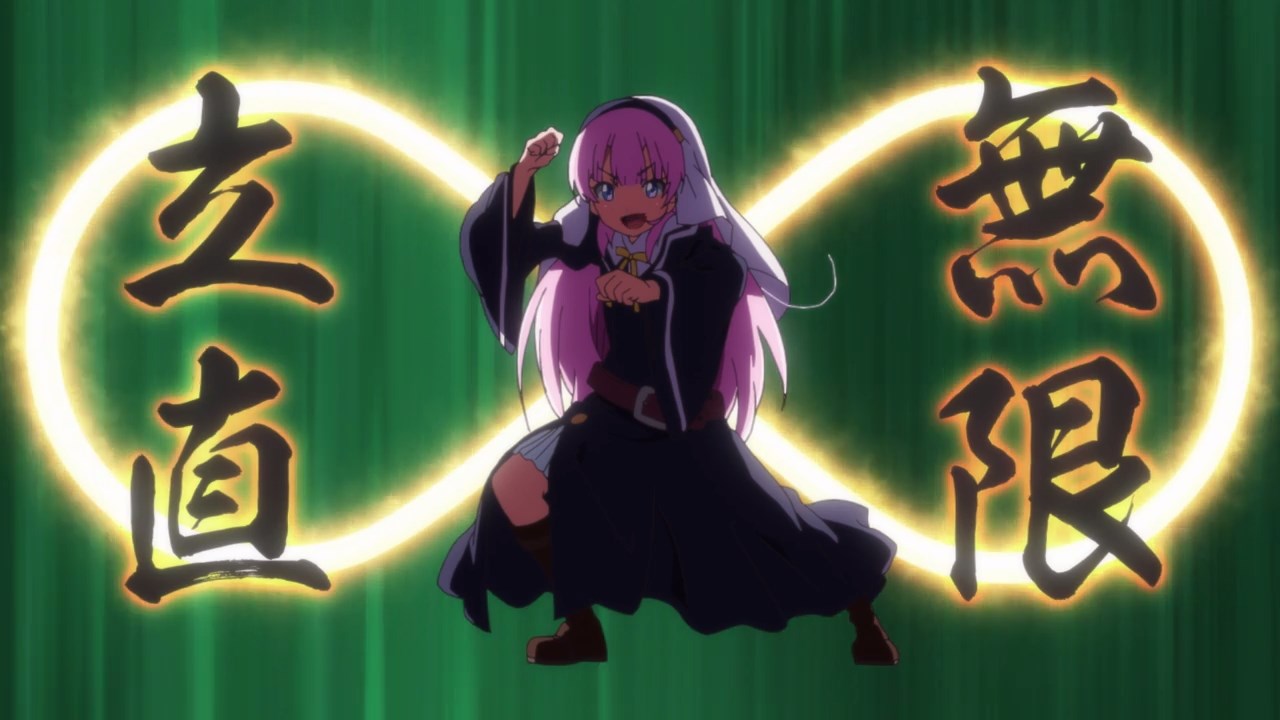 But you know what, the only thing that he needs to save his skin is to follow Odin’s instructions, although most of her tactics are nonsensical and downright illegal in mahjong. 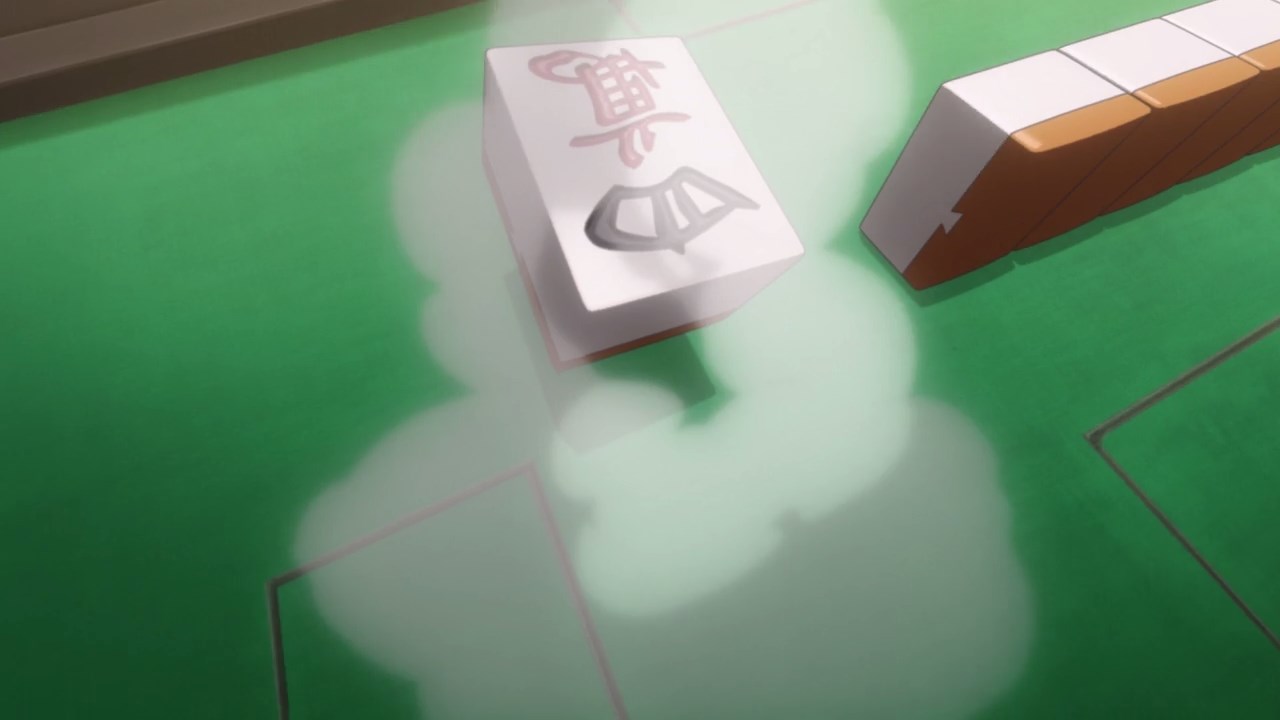 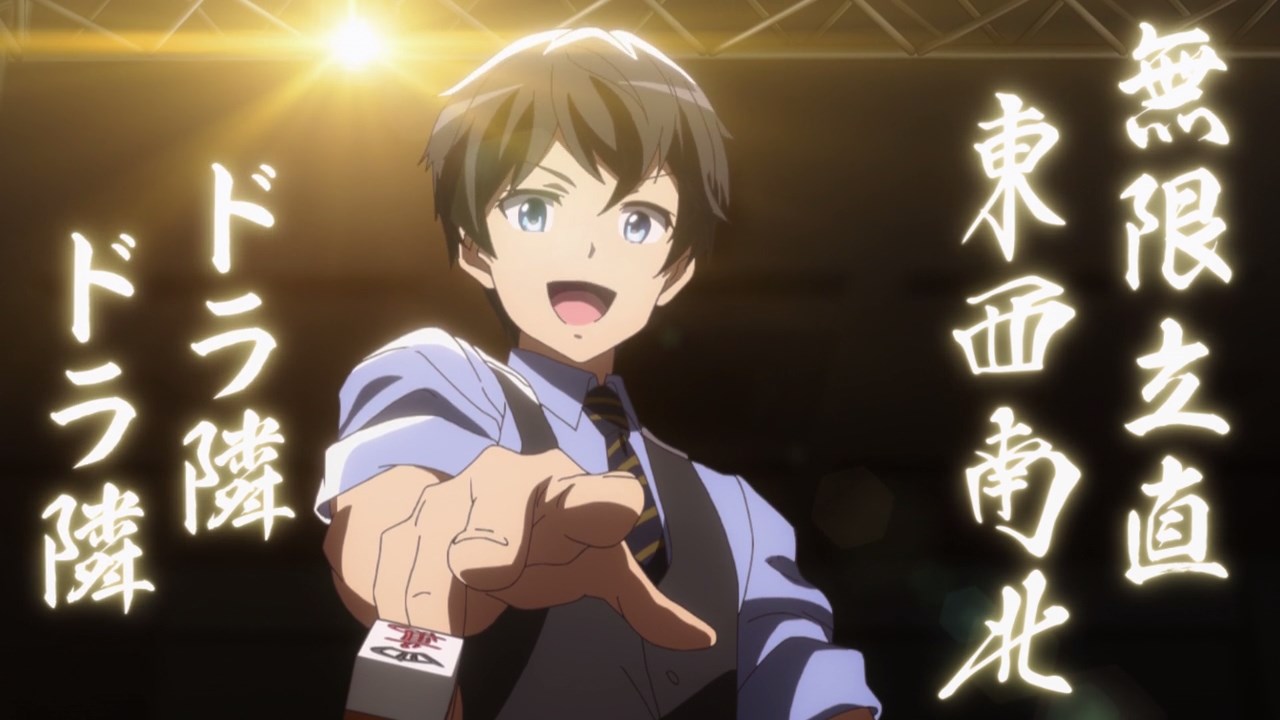 In any case, looks like Youta Narukami has no choice but to follow Odin’s instructions in which he made bizarre moves that caught everyone off-guard.

Of course, the mahjong experts are puzzled as Youta’s moves are illegal. But that’s until the organizer decided to make them legal as the tournament wants to express creativity and freedom in the world of mahjong. Then again, it could be that the organizer doesn’t know about mahjong. 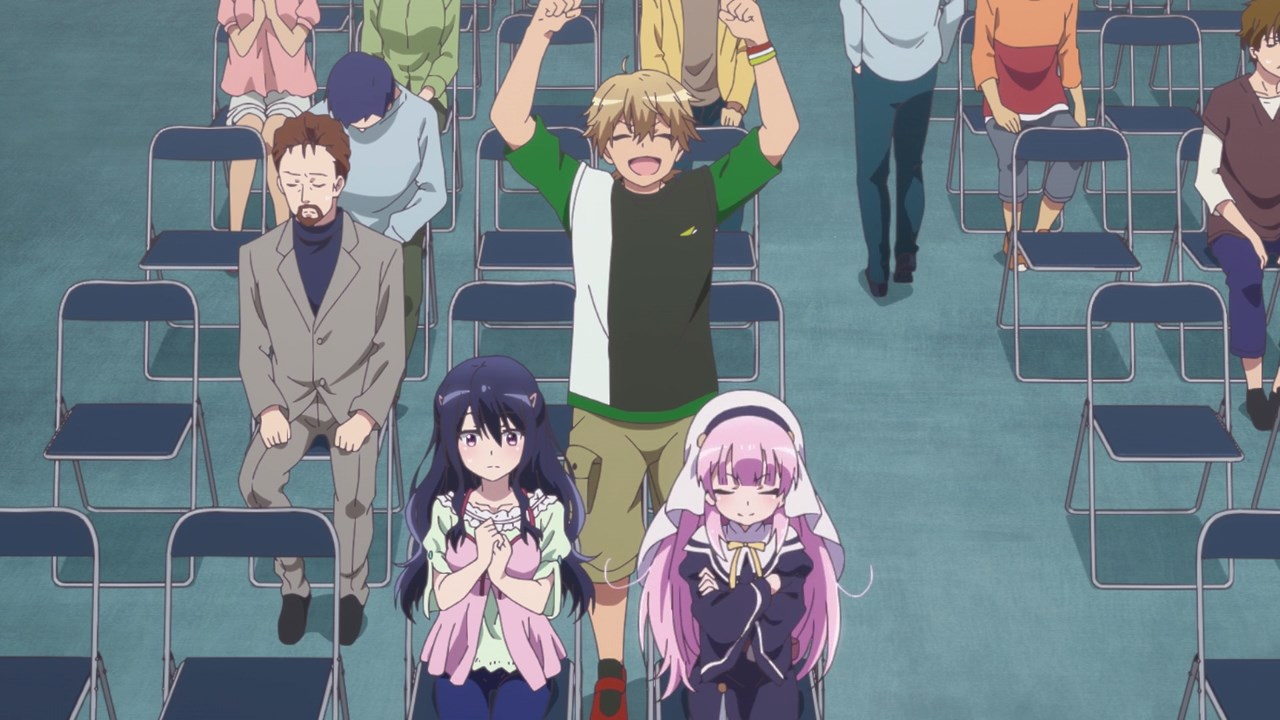 With that said, looks like Youta Narukami won the Libertas Cup, although most of the viewers are convinced that the tournament is nothing but a farce. 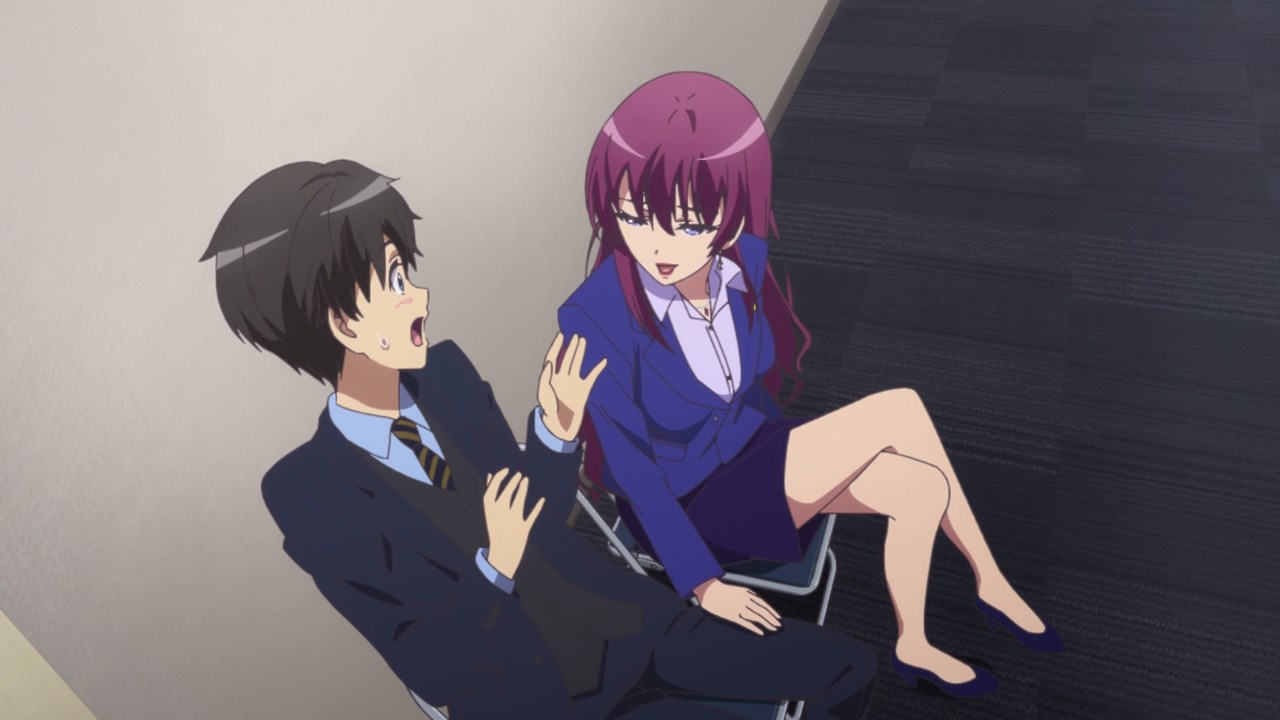 Oh yeah, here’s the organizer named Kako Tengan where she’s impressed on Youta’s mahjong skills. Then again, I doubt that she knows about mahjong at all.

Still, Kako-san invites Youta-kun for the after-party as she wants to get close to the Libertas Cup winner. 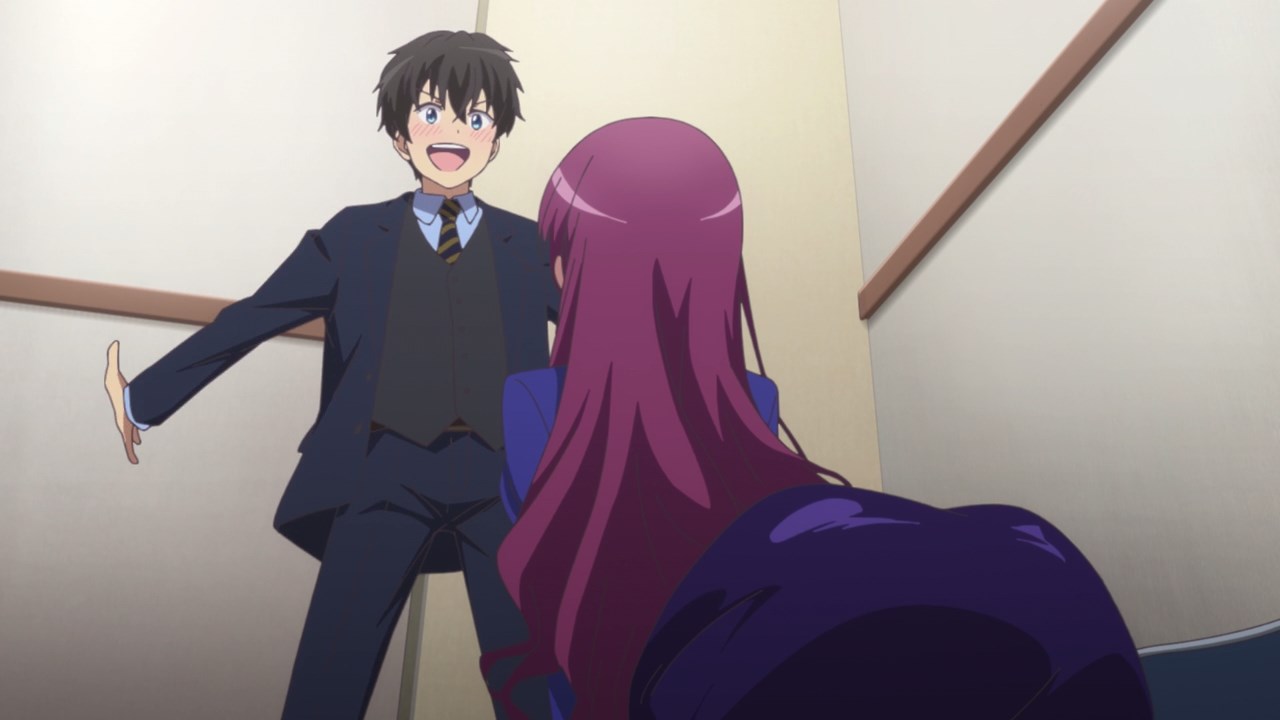 Unfortunately for Tengan, Youta Narukami declined her offer as he’s a minor and he’s not ready to get laid. I mean, he’s saving it for Kyouko Izanami after all. 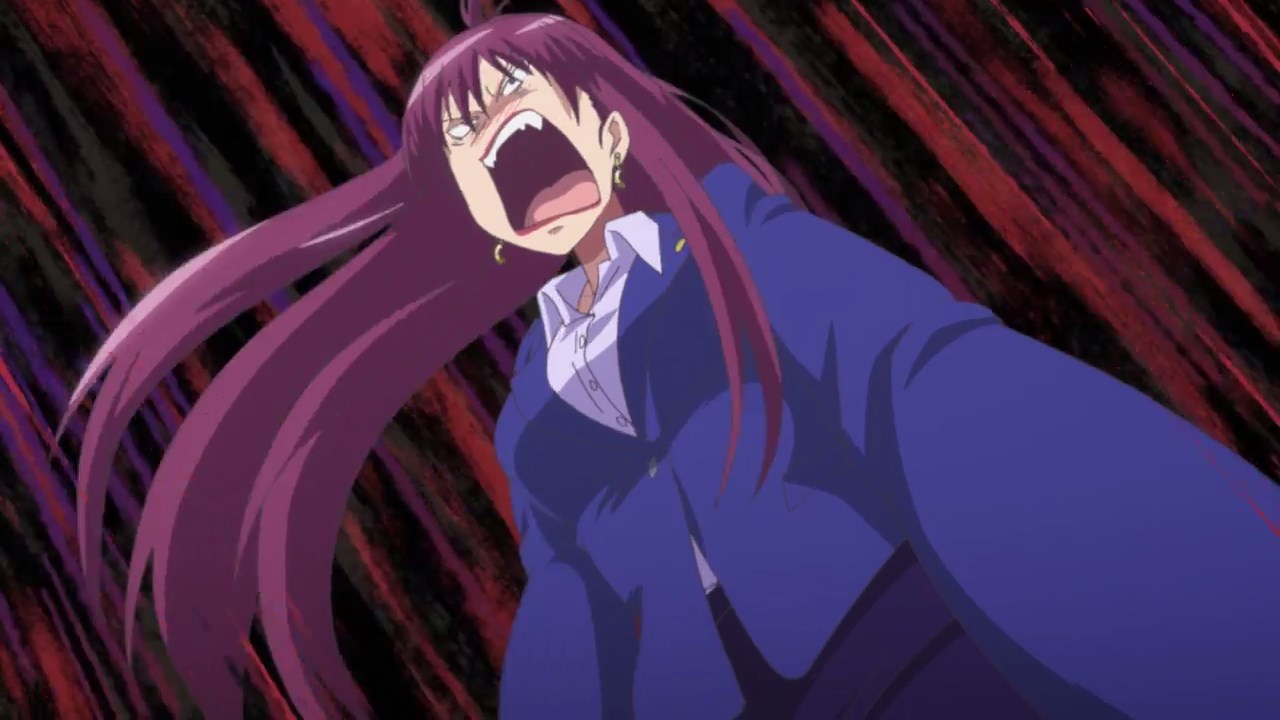 Of course, Kako Tengan doesn’t like getting rejected as she calls her bodyguard to punish Youta Narukami for saying “No” to her. Man, are we gonna end this episode with Youta being chased out? 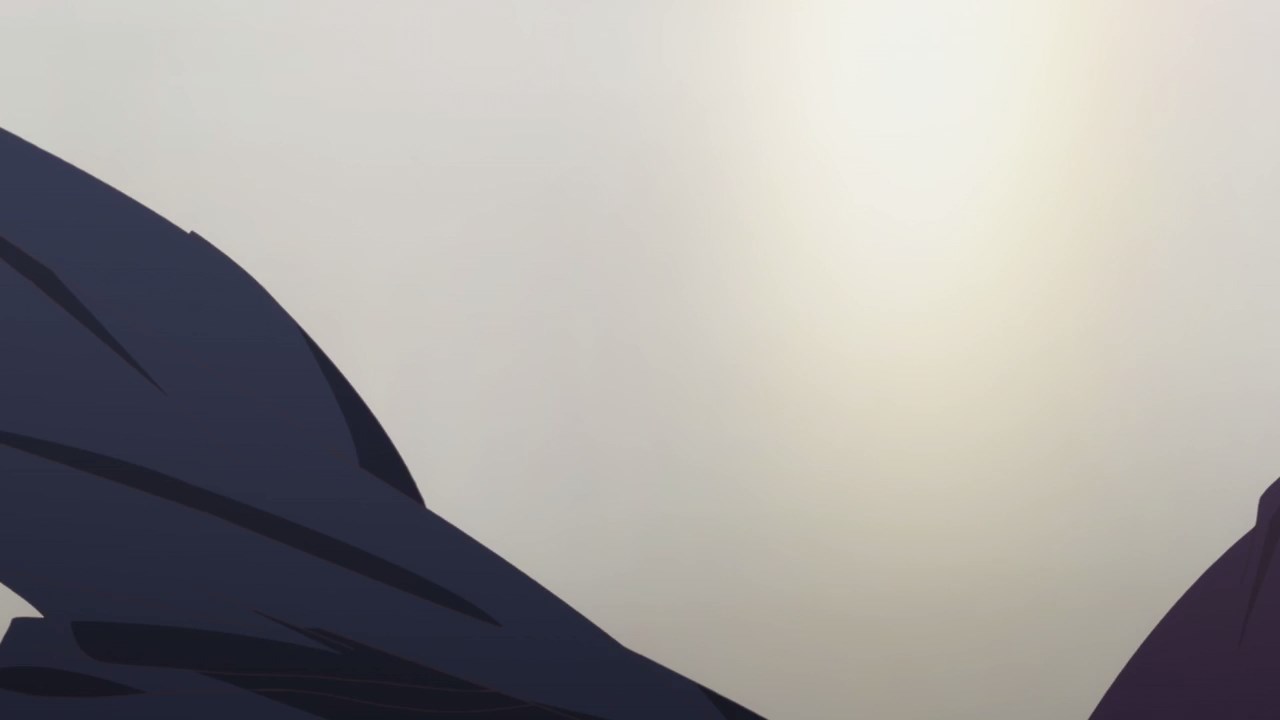 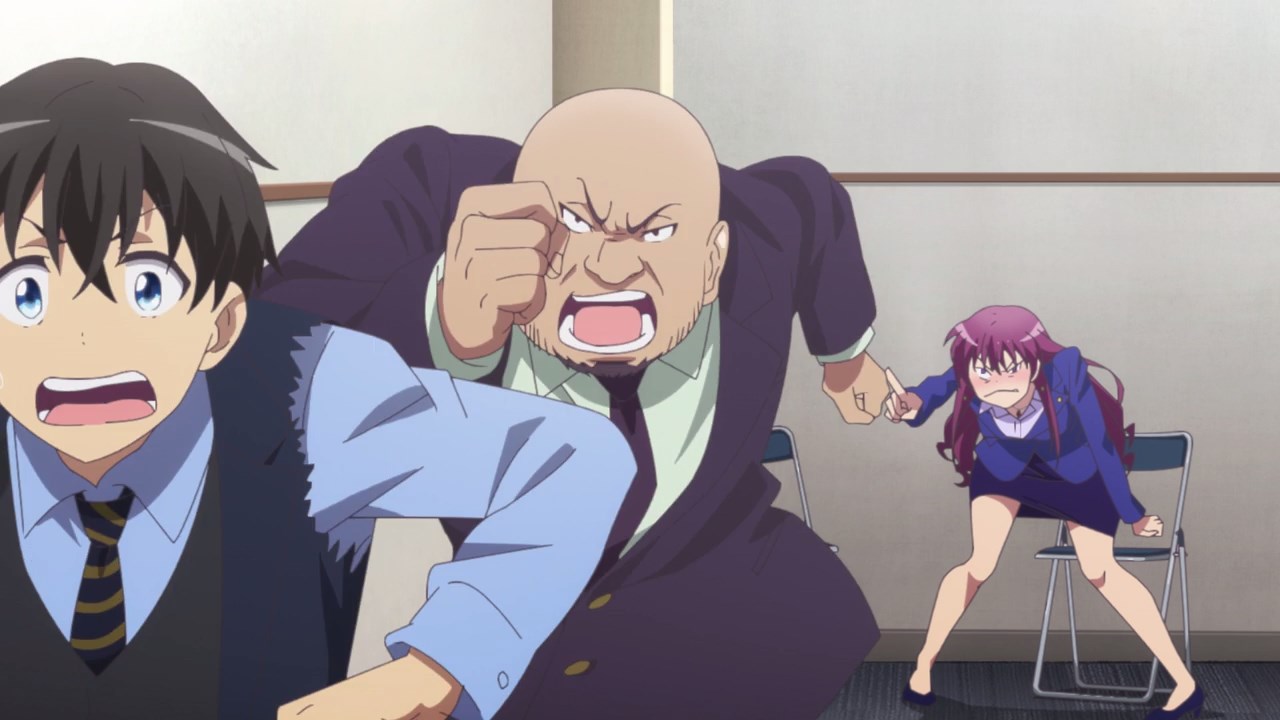 Anyways, looks like his participation in the Libertas Cup went nothing as he didn’t impress Kyouko Izanami on his victory. Oh, and his dad will get angry for getting his expensive suit ruined.

I have to say that this is the most weirdest episode ever and while Youta Narukami failed to make Kyouko Izanami as his girlfriend, he still have to deal with the end of the world as it’s fast approaching. Well then, I’ll see you next time!