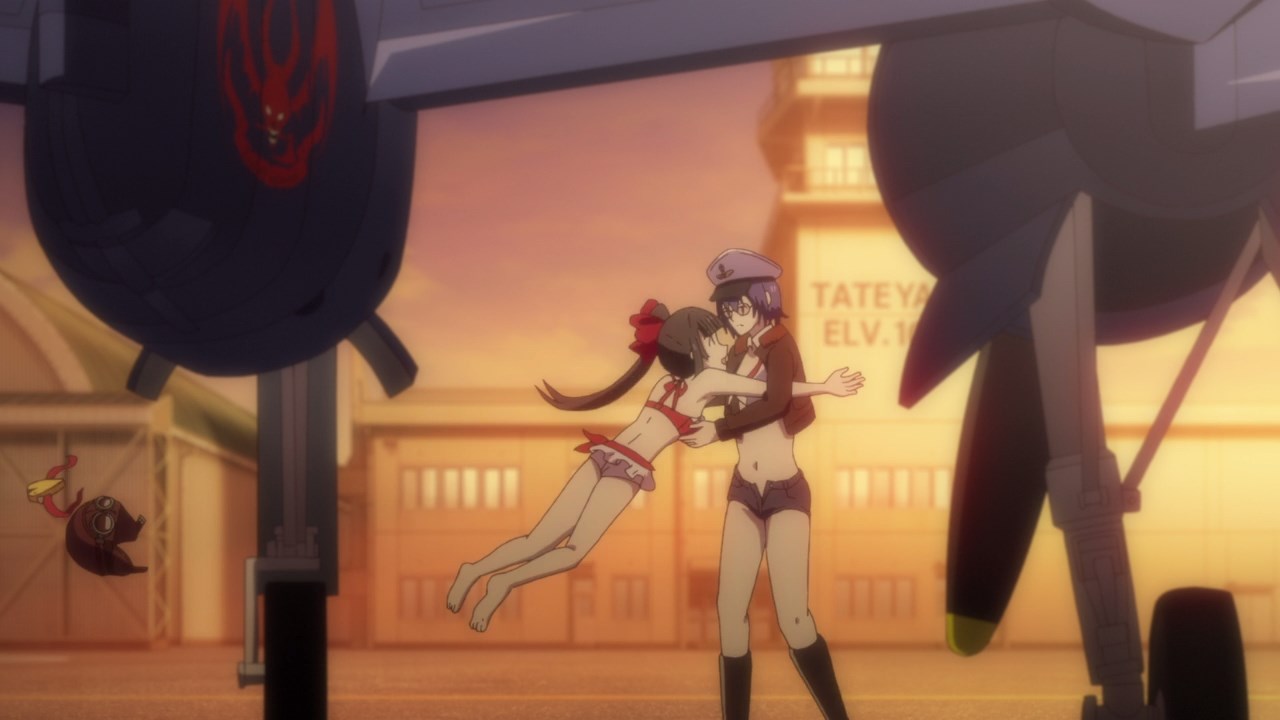 Well everyone, it appears that Miyako Muguruma finally knows this guest pilot, who happened to be a Valkyrie named Yayoi Amatsuka as she’s here to help the crew from Tateyama Base. 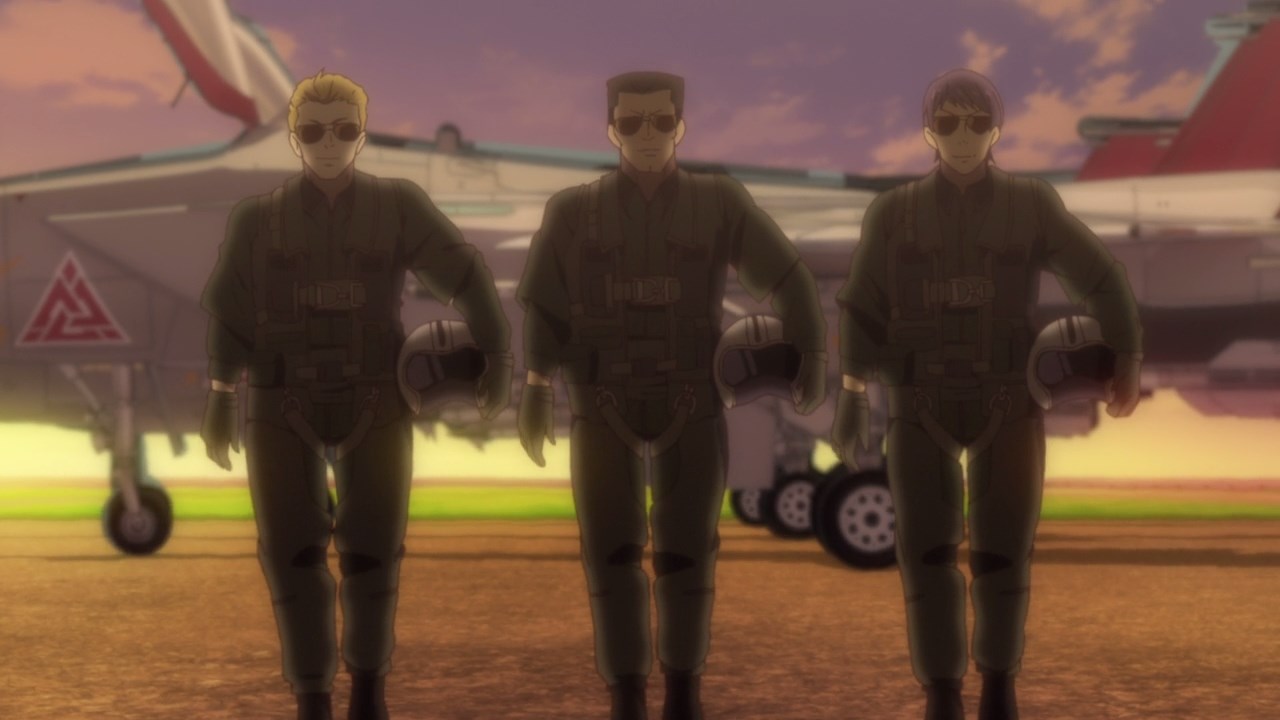 Oh yeah, and Amatsuka brought her own Shield Squadron which consists of Takeuchi, Matsuki, and Umehara. Gotta say that they’re oozing with manliness. 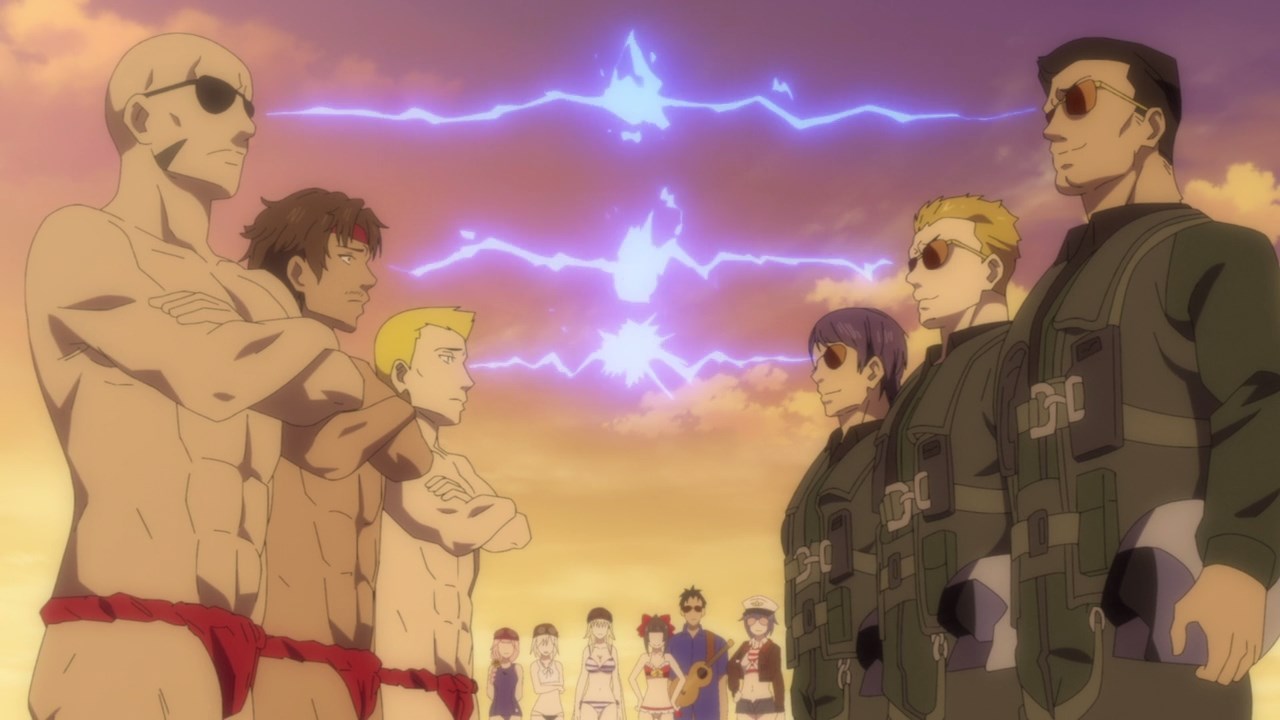 Of course, it appears that both squadrons are having a fierce rivalry where they want to show who’s the manliest of them all.

But anyways, seems that Yayoi Amatsuka didn’t just drop by to greet her fellow Valkyries as she’s here for an important mission. What mission you may ask? 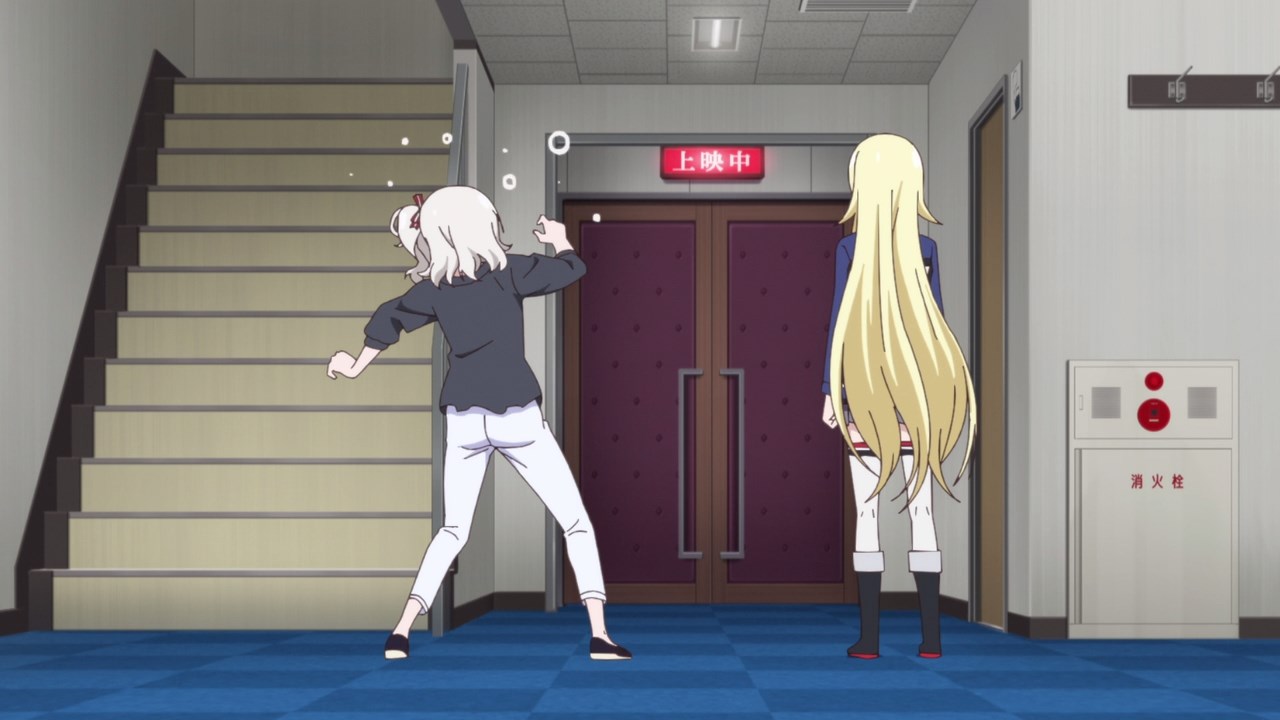 Well, let’s ask Odin of course as the Norse god appears when he wants to play with his daughters inside the theater. Of course, only Valkyries can enter to his lair. 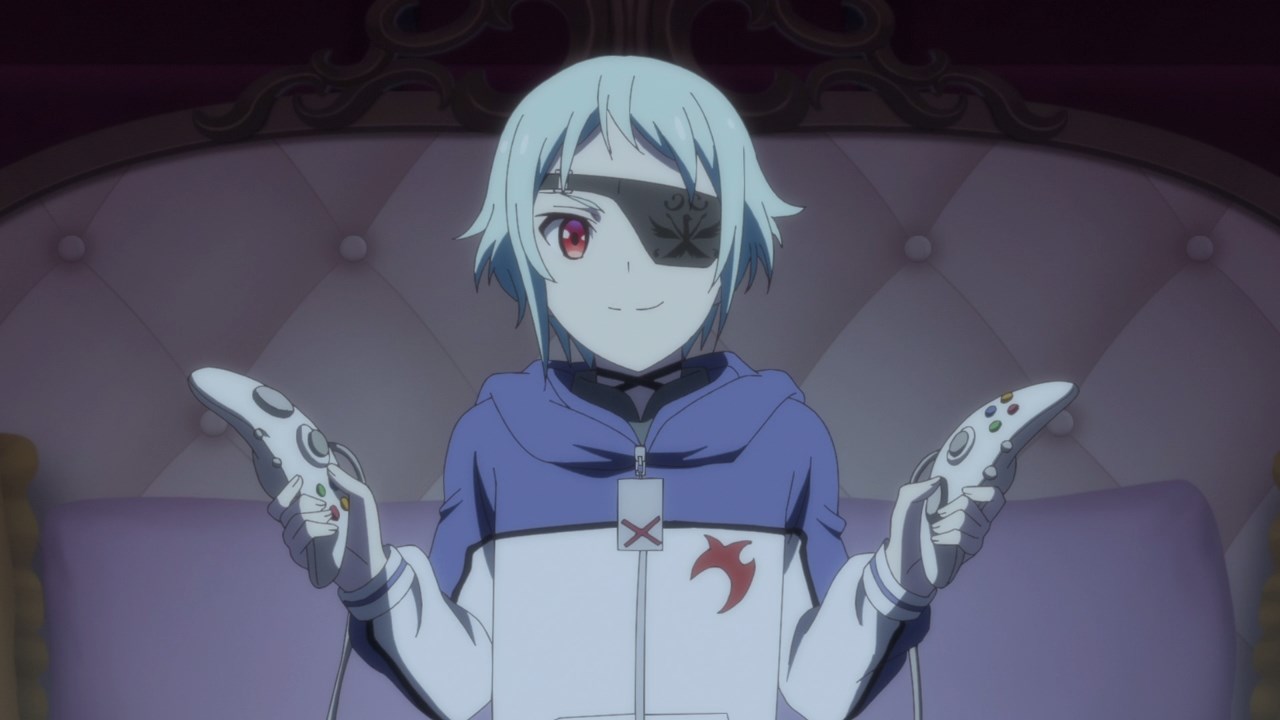 But here’s Odin where this Norse god invite the girls to play video games with him. Oh yeah, and he plays on a rare game console called the Bandai Apple Pippin. 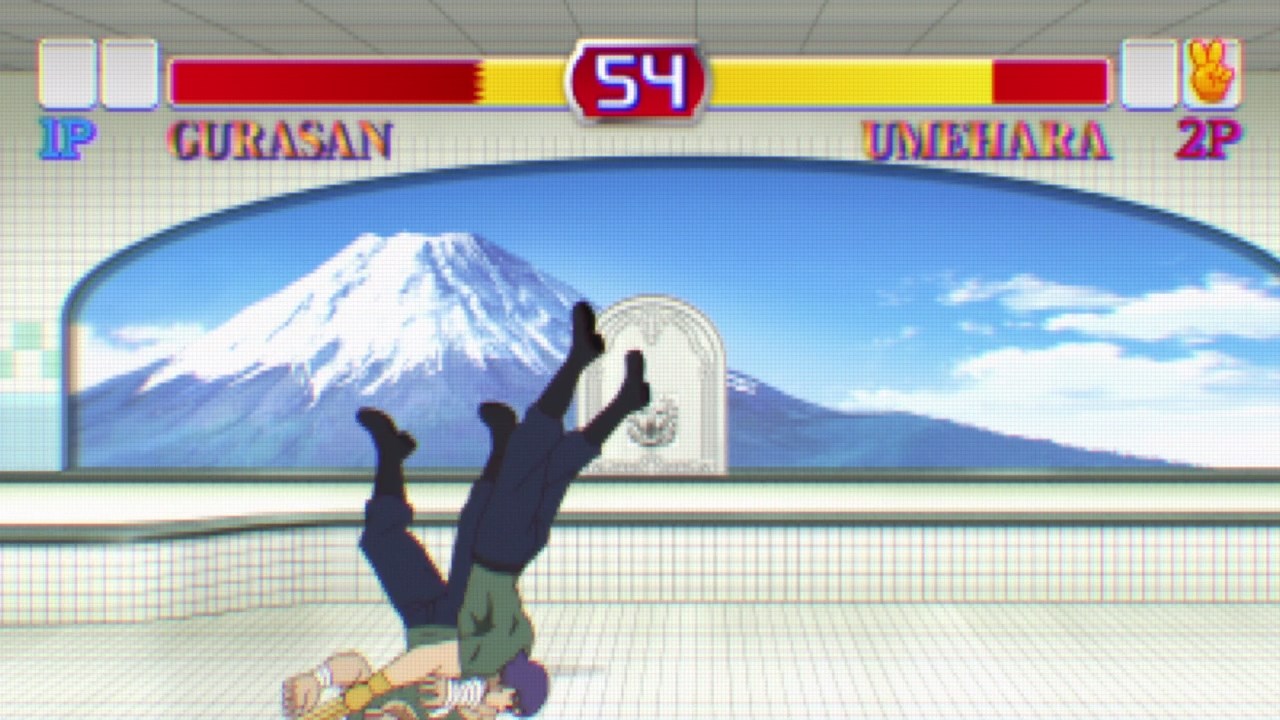 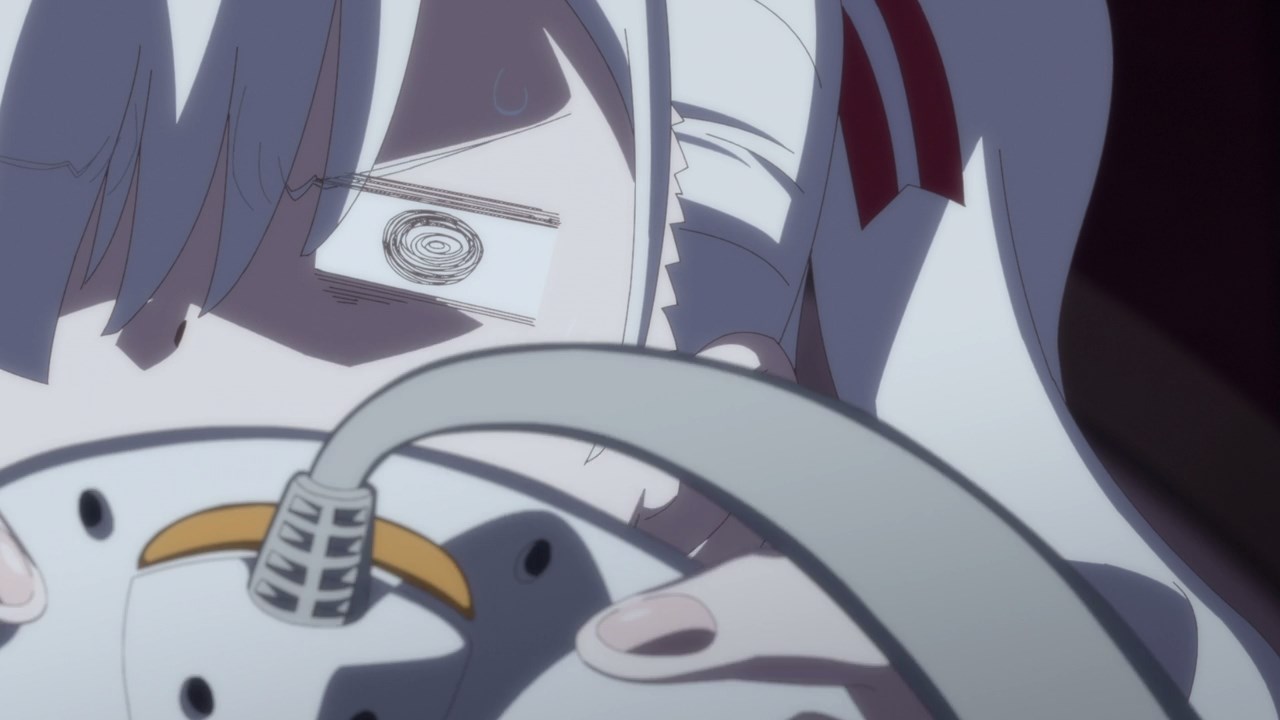 Of course, Odin wins all the time as he decimates Azuzu Komagome in a fighting game that has the Shield Squadron as playable characters. Then again, Amatsuka’s boys needs to get nerfed.

Now it’s time to talk about the next mission as Odin explains to the girls that the reason why Yayoi Amatsuka is stationed in Tateyama Base is because he wants the Valkyries to destroy the Primary Pillar in Mt. Fuji. Of course, they can’t attack the Pillar right away as Odin wants them to wait until it goes into a slumber. 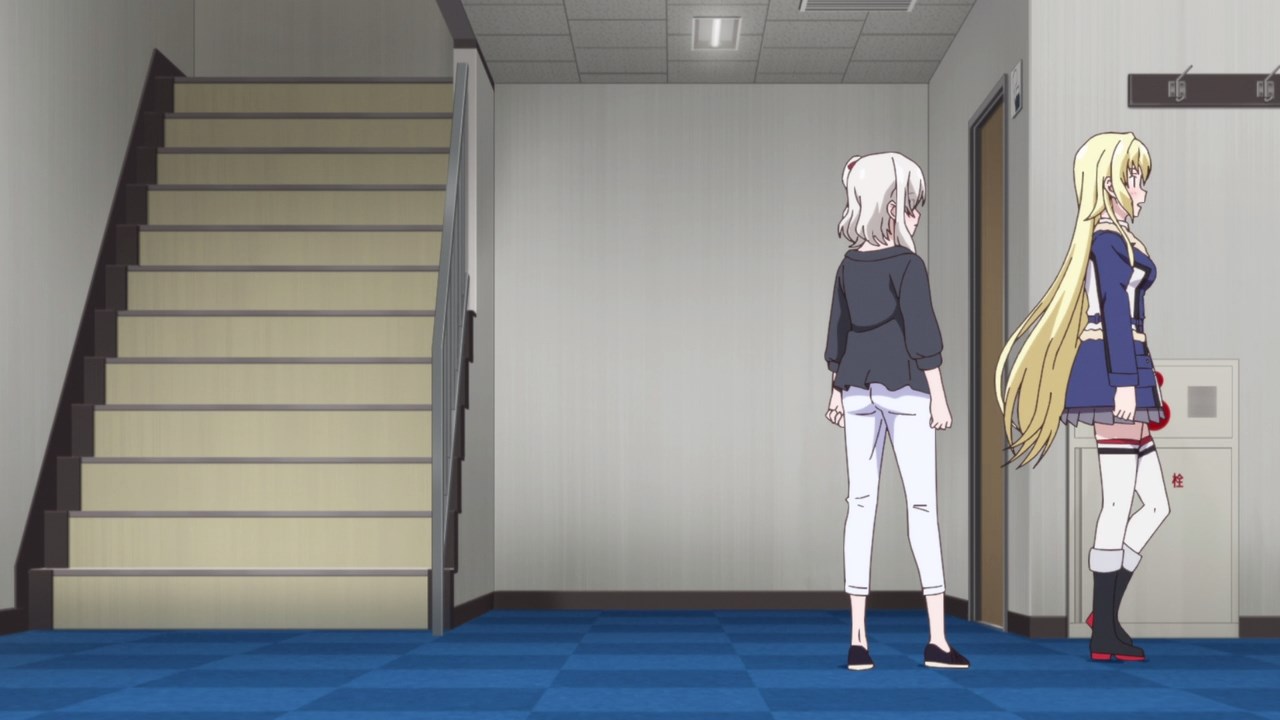 In any case, looks like Azuzu Komagome and Claudia Bruford understand the mission as they leave Odin’s lair, although the door leading to it has disappeared. Spooky stuff! 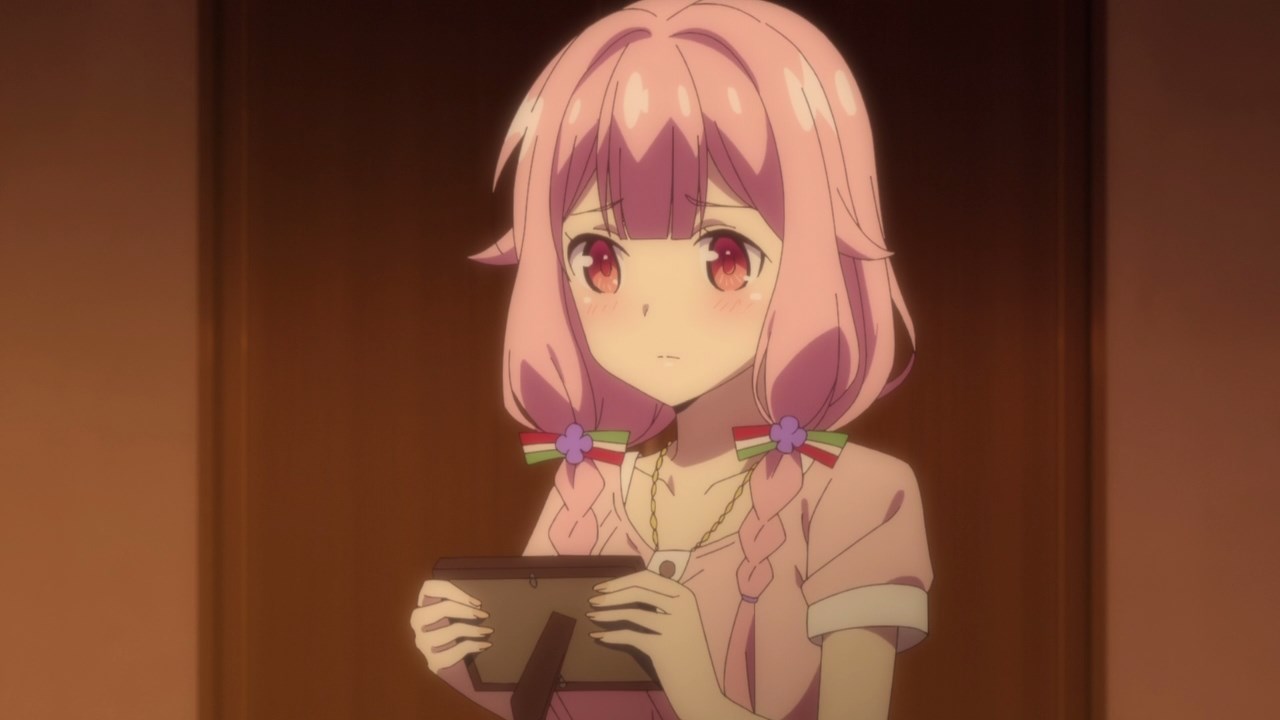 One more thing, it appears that Sonoka Watarai doesn’t like Yayoi Amatsuka as a guest as Sonoka blamed Yayoi for the loss of her big sister or something.

Still, I feel that Yayoi has something to tell about Sonoka’s sister, but she can’t do it right now because they have a mission to deal with. 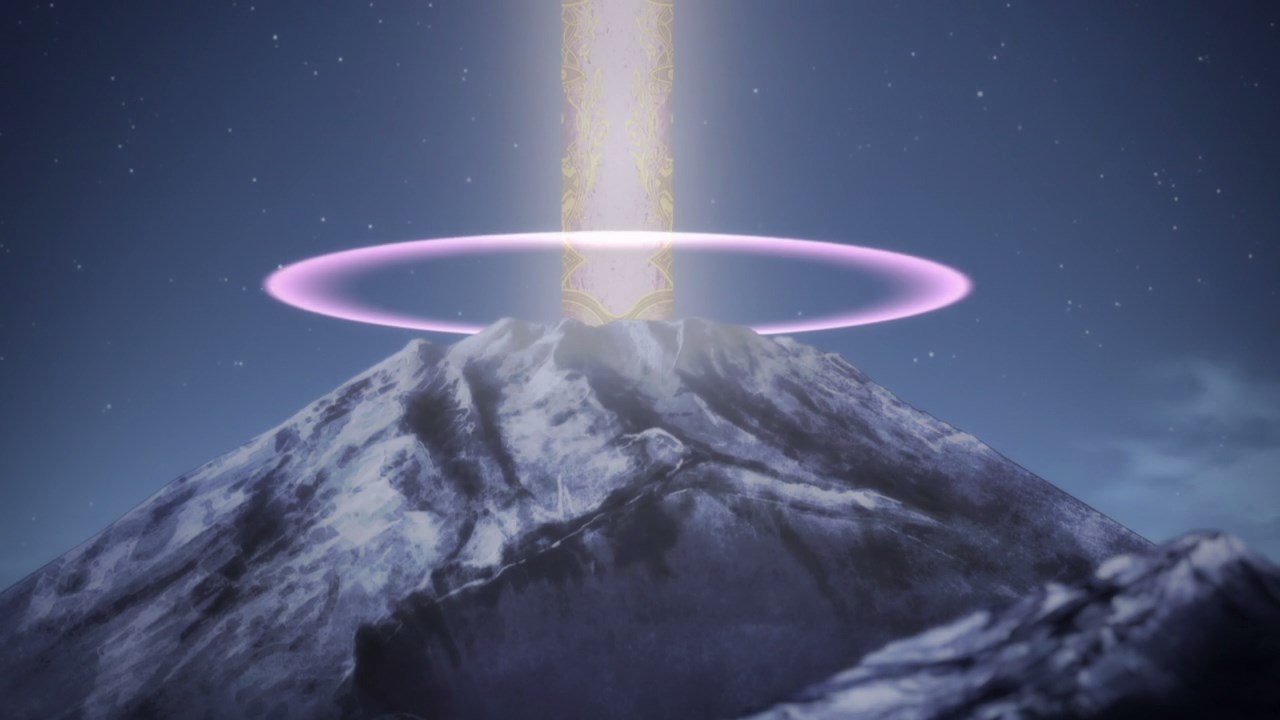 In any case, the Fuji Primary Pillar has fallen asleep, which means that the Valkyrie Squadron will have an easy time destroying it. 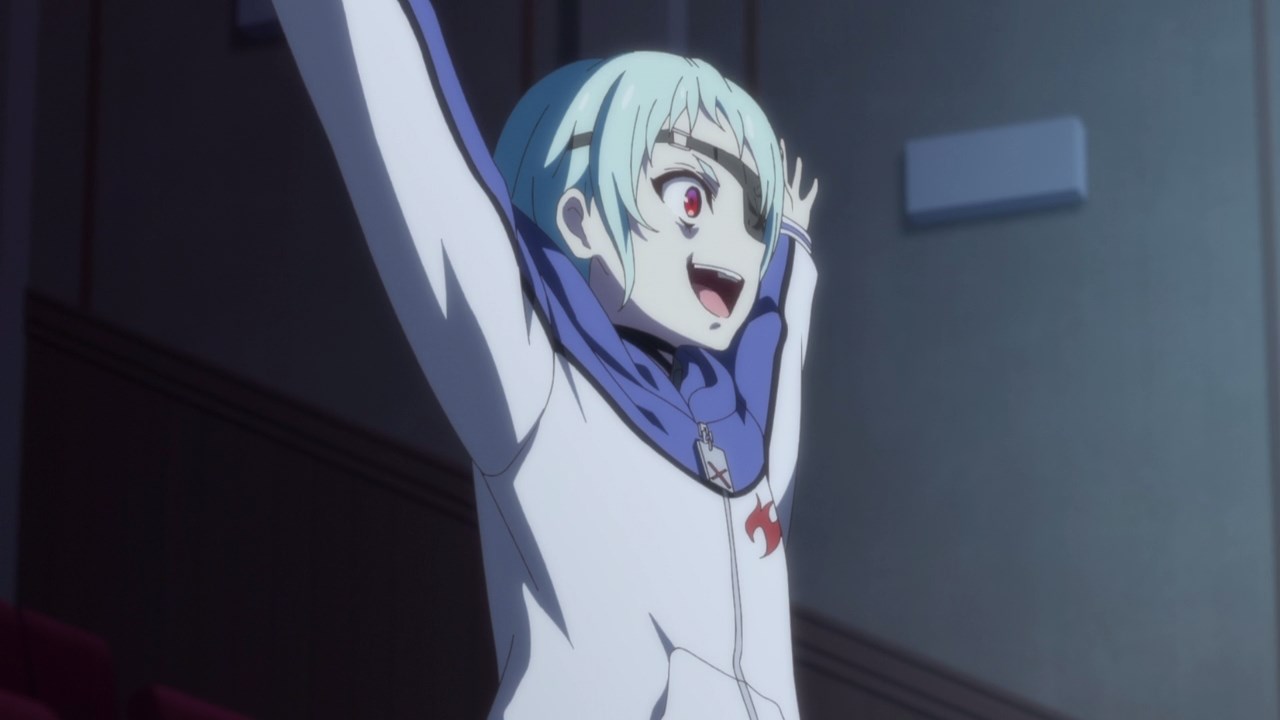 Heck, even Odin is excited to see that his daughters will fight against a Primary Pillar. Then again, I feel that there will be casualties as there’s a chance that the Pillar will wake up at a wrong time.

With that said, tune in next time as Miyako Muguruma and her teammates head to Mt. Fuji for the decisive battle!