Posted on November 3, 2020 by benigmatica 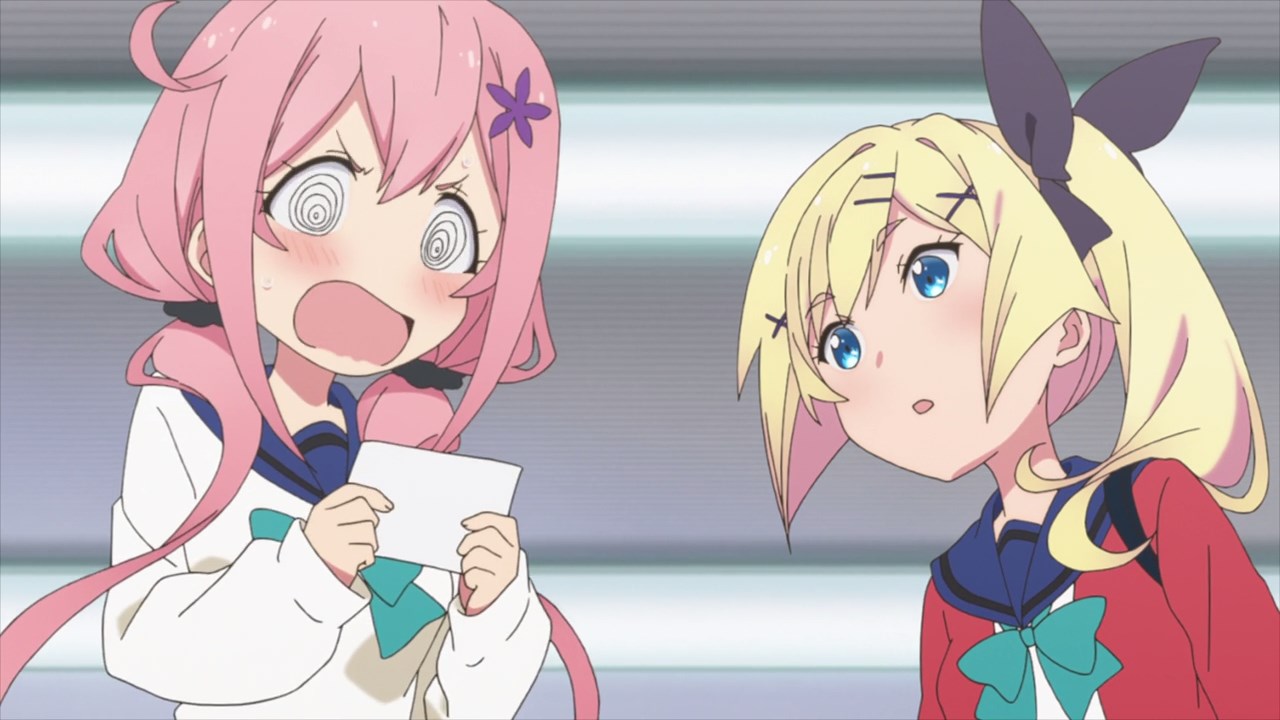 Let’s start this episode with Ino Sakura where she received a letter from her shoe locker.

Of course, Ino presumed that she got a love letter, but it’s actually a fan letter who might have watched Fruit Tart’s one-song live concert. 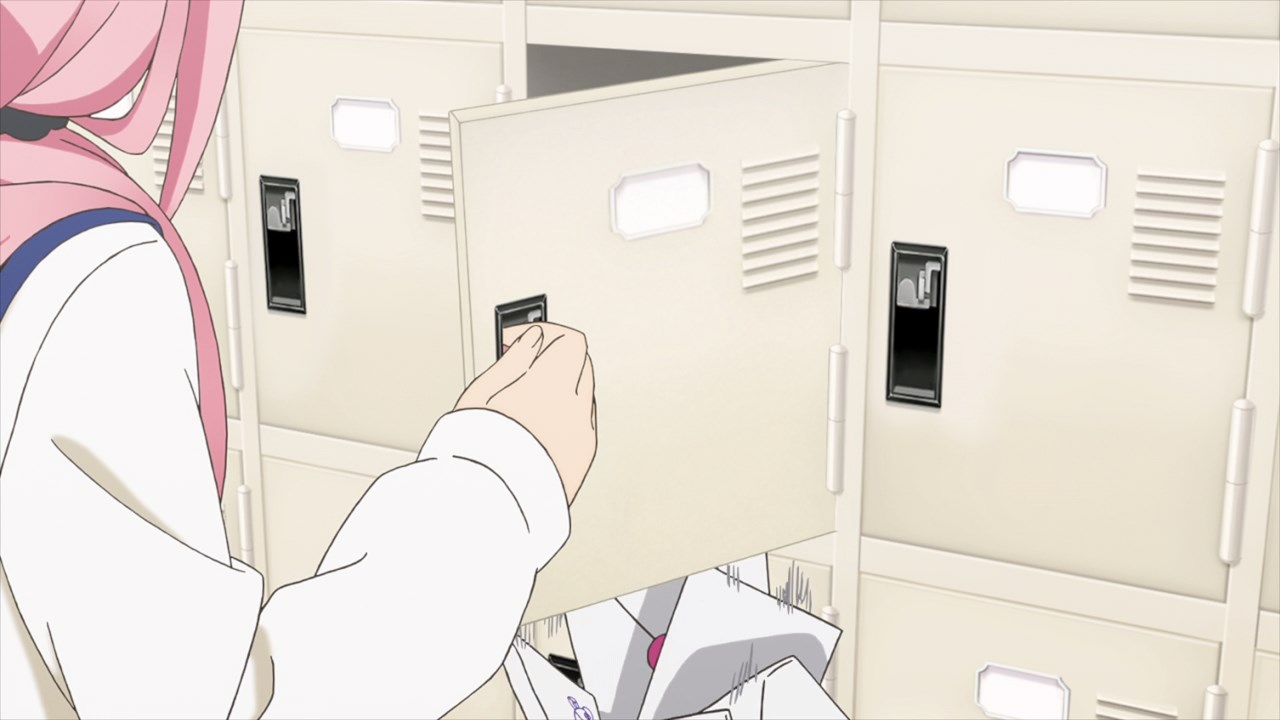 On the other hand, it seems that Ino received lots of letters that someone is sending them like a mad stalker. 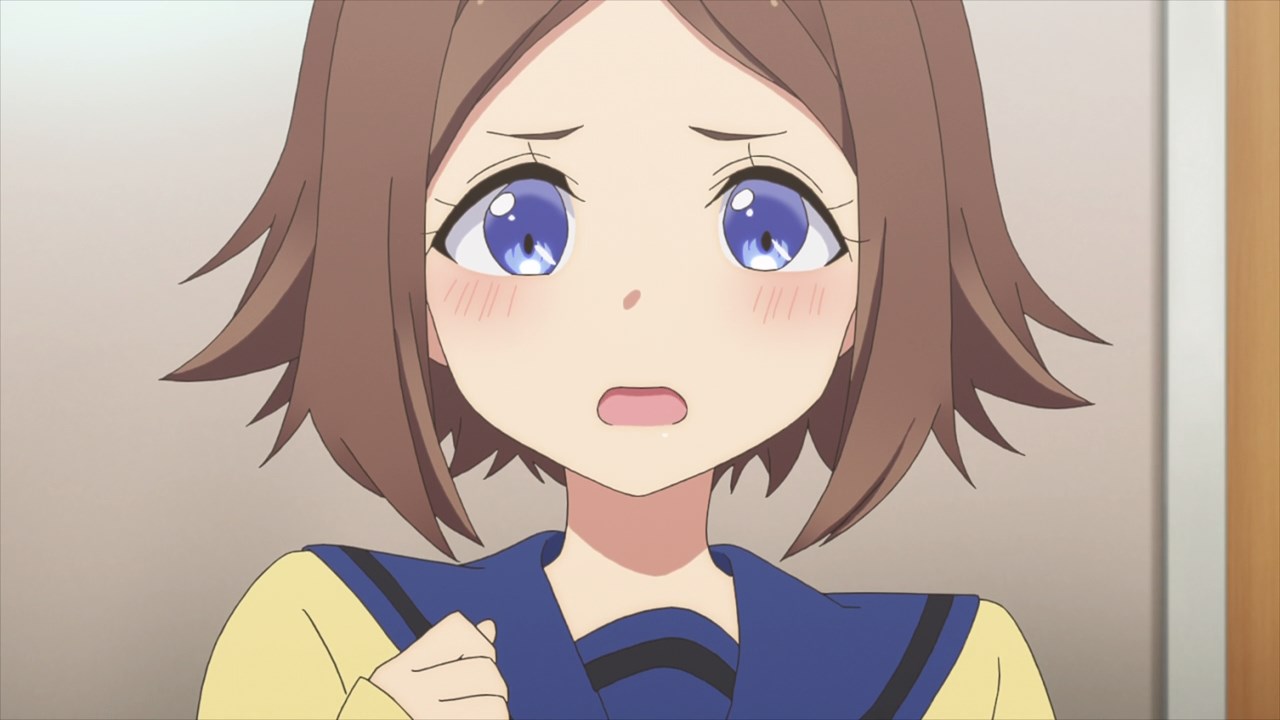 By the way, this girl is here to cheer both Ino Sakura and Hayu Nukui up as she’s one of the few people who watched Fruit Tart’s concert. 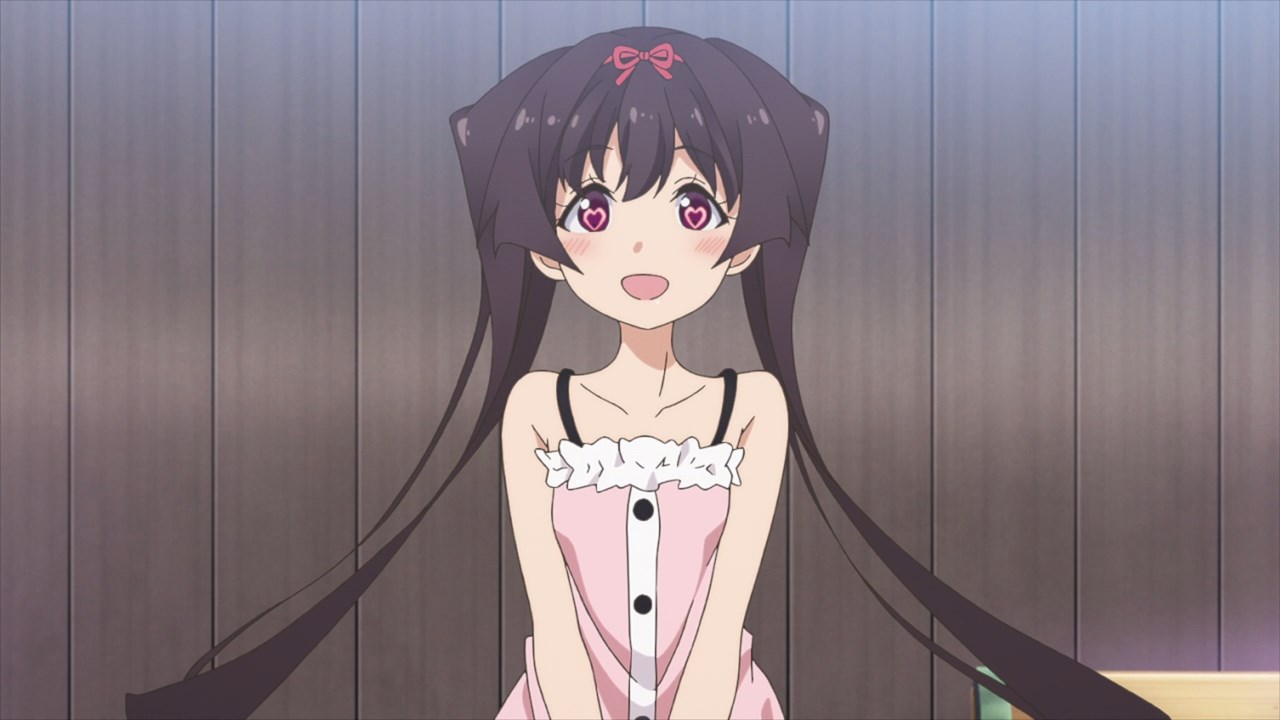 Rather, it was actually Hemo Midori who put those letters inside Ino’s locker. More importantly, what’s she’s doing here in Nezumisou? 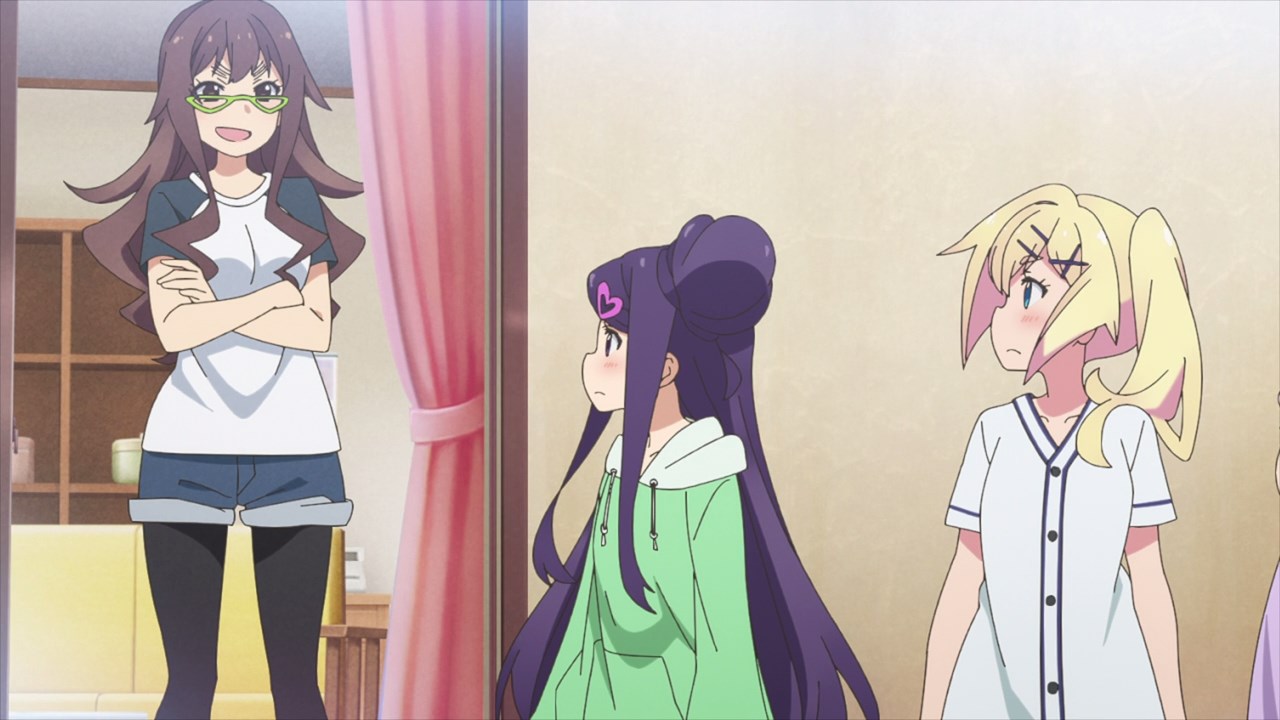 Well, turns out that Hoho Kajino recruited Hemo from Cat Productions. How come Hoho managed to catch a promising young talent from that agency? 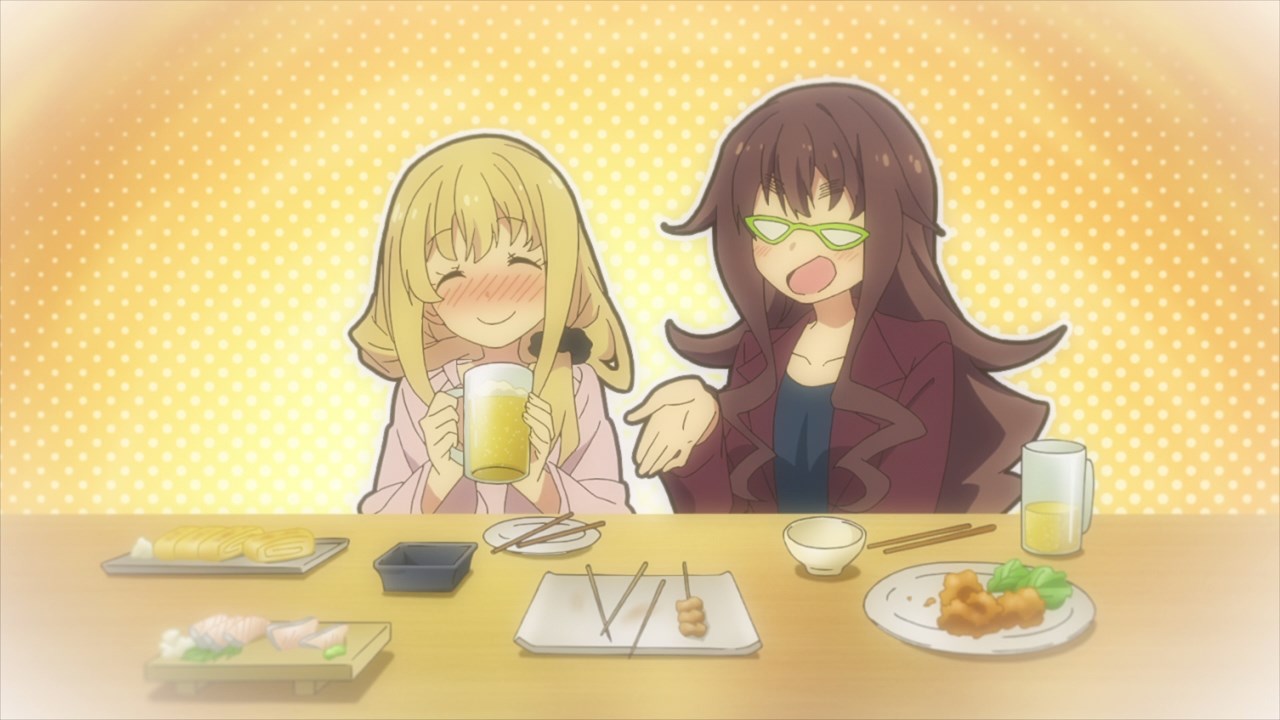 Um, it wound be nice if Kajino recorded the thing or even sign the transfer papers? You know that she might get in trouble in the long term! 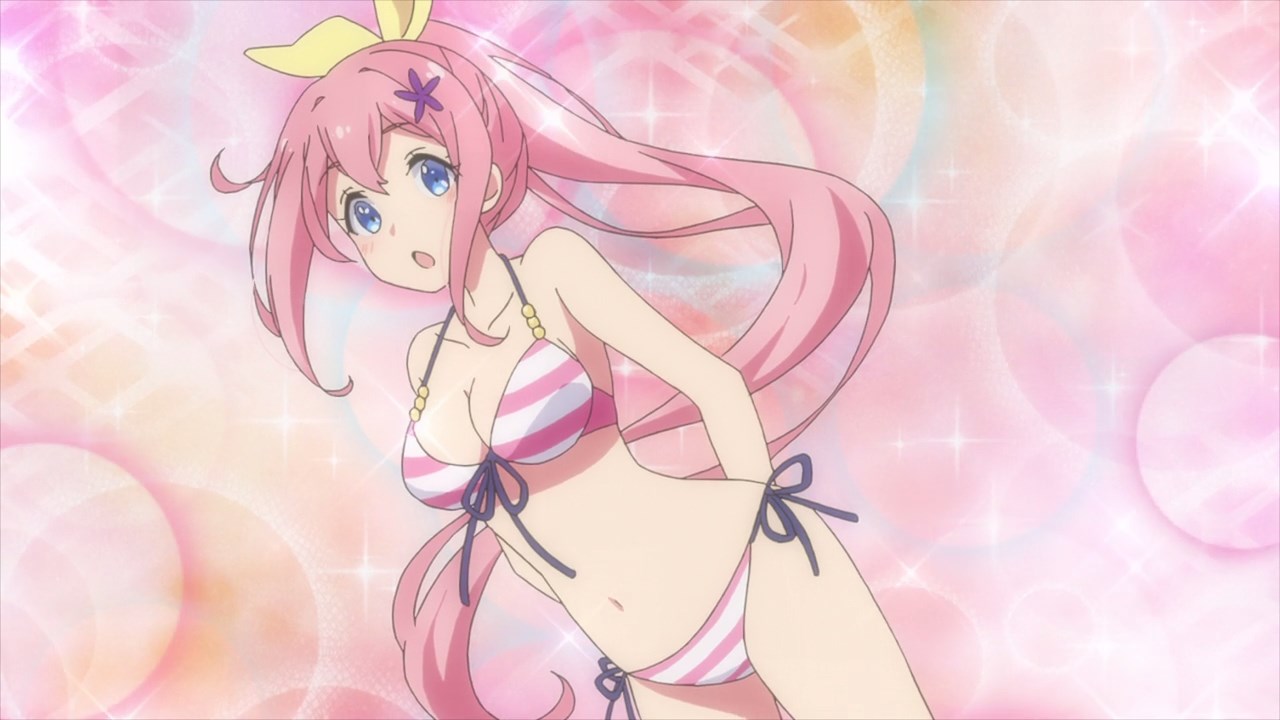 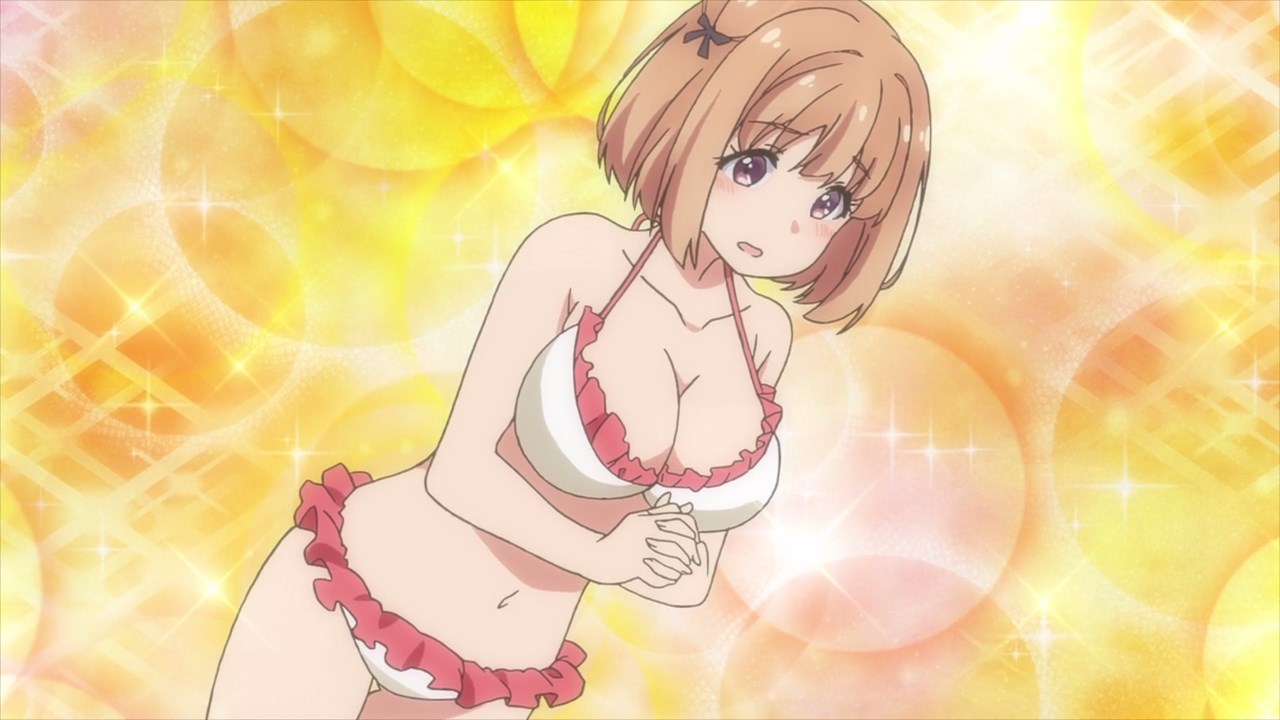 Regardless, looks like Fruit Tart now has 5 members and their first activity will be a gravure photoshoot. As you can see, Ino Sakura and Nina Maehara have nice bodies. 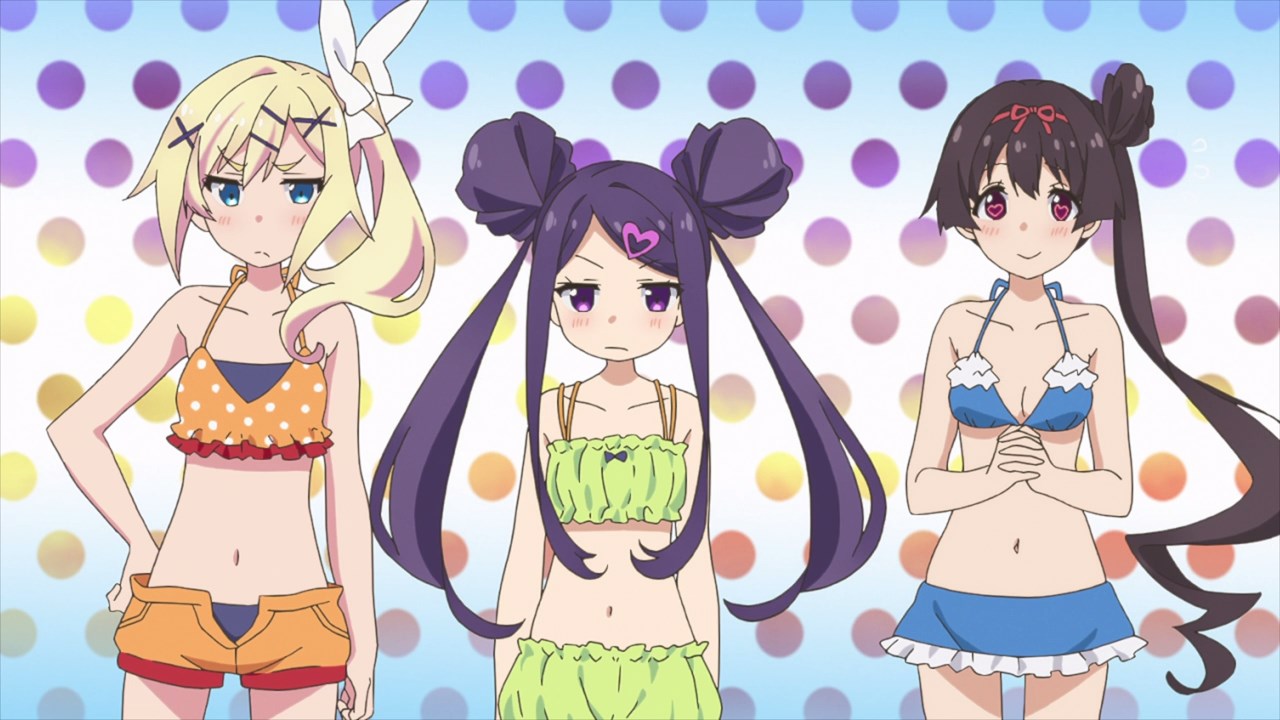 Of course, the rest of them don’t have big breasts, although Hemo Midori has average size breasts compared to Hayu Nukui or even Roko Sekino. 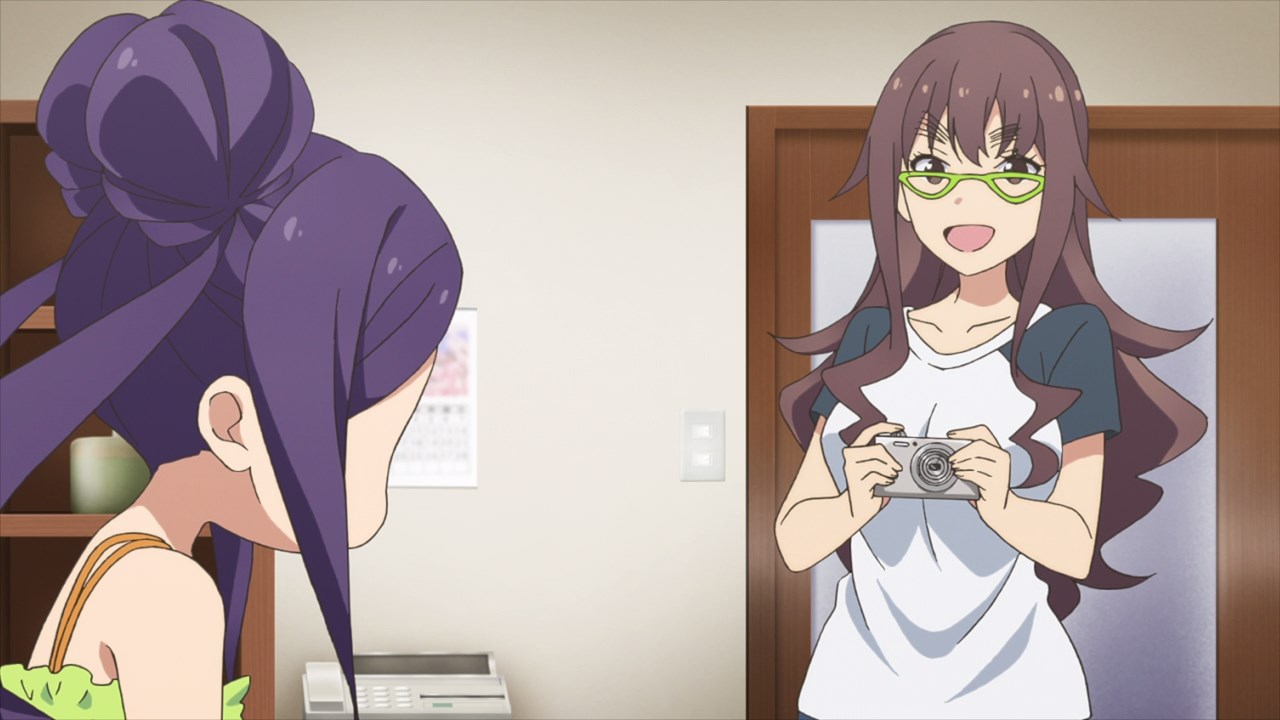 Still, they have a great time but I’m scared that these photos will be sold to some shady people. C’mon, I can’t trust Hoho Kajino when it comes to managing those idols.

But that’s about it for this episode and I can’t wait for Fruit Tart’s next single!