Posted on November 4, 2020 by benigmatica 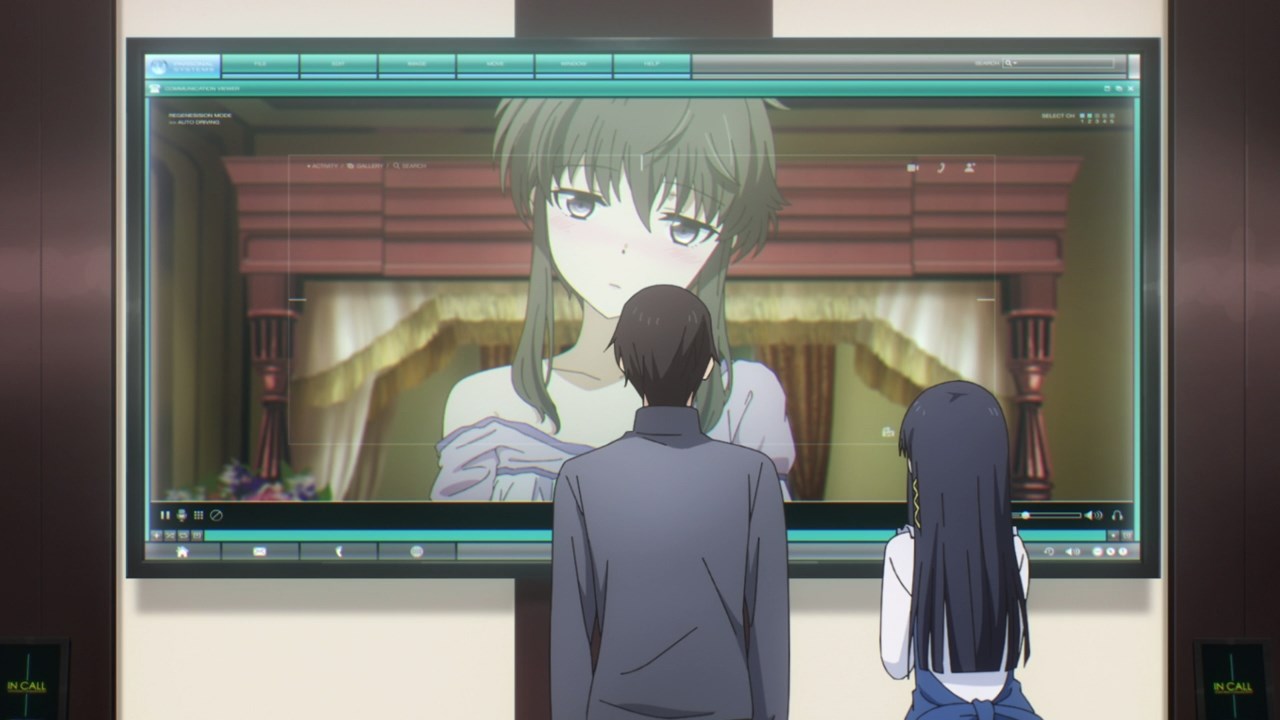 Oh look, it’s Shizuku Kitayama where she got a bit tipsy after a long prom night. More importantly, Kitayama is here to tell the Shiba siblings on new information that might help them on stopping the vampires or should I say the parasites. 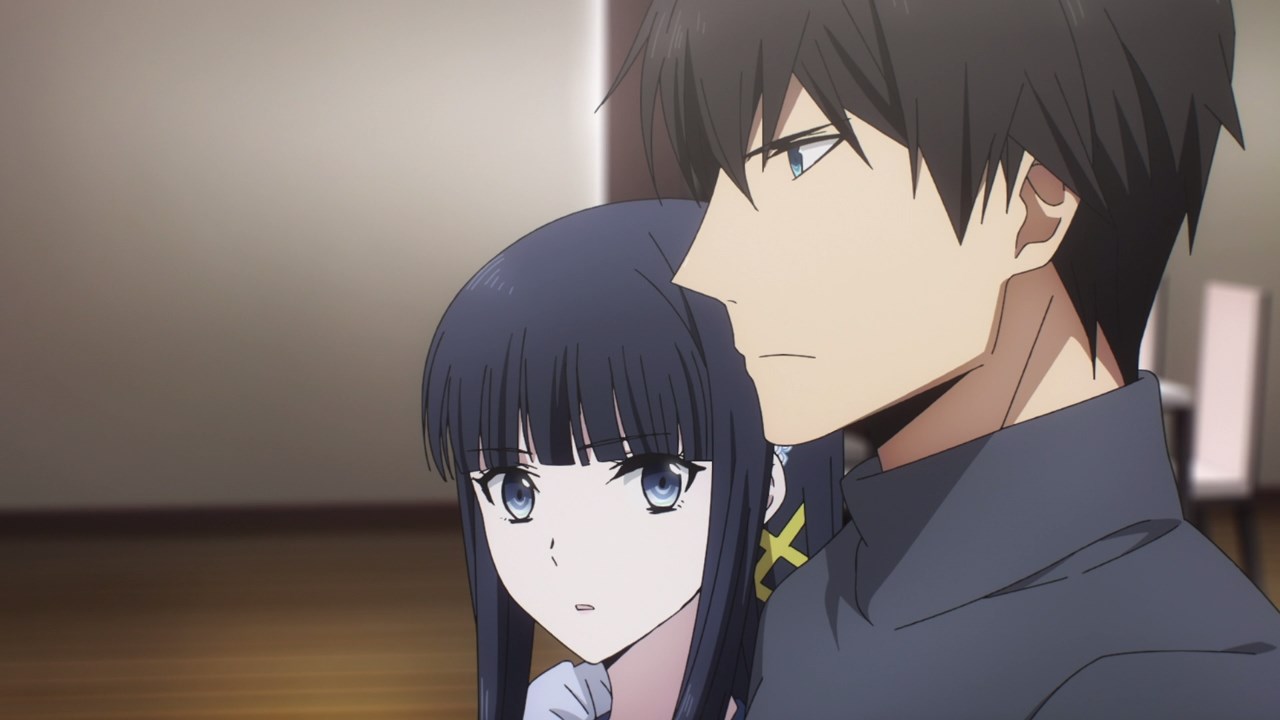 With that said, Shizuku told both Miyuki and Tatsuya in regards to the micro black hole experiments that’s being conducted by the USNA.

While the Americans won’t even tell the true nature of their experiment, Tatsuya speculated that the military will use micro black holes to harness energy from it. Then again, making black holes to extract energy has some side-effects as various information bodies from another dimension might invade their world once the wall wavered.

Of course, what about the parasites? Well, it’s speculated that they entered their world due to USNA’s micro black hole experiments. Heck, there’s a possibility that Deimos Second and his squad might have possessed by those parasites. 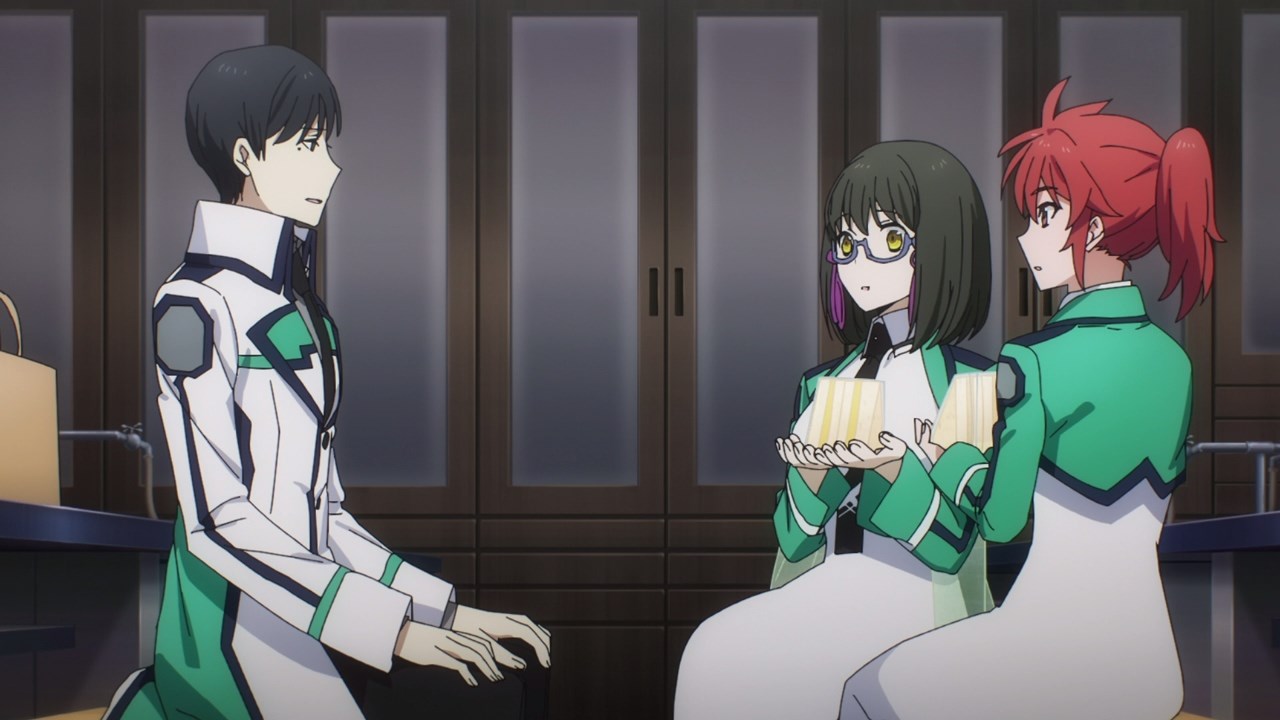 Now then, here’s Mikihiko Yoshida where he brought some sandwiches to Erika Chiba and Mizuki Shibata. Oh yeah, those sandwiches are made by Tatsuya Shiba, meaning that he’s good at cooking in addition to performing impossible magic skills.

With that said, everything is calm inside First High School and I hope that there’s no incident will occur on this episode. 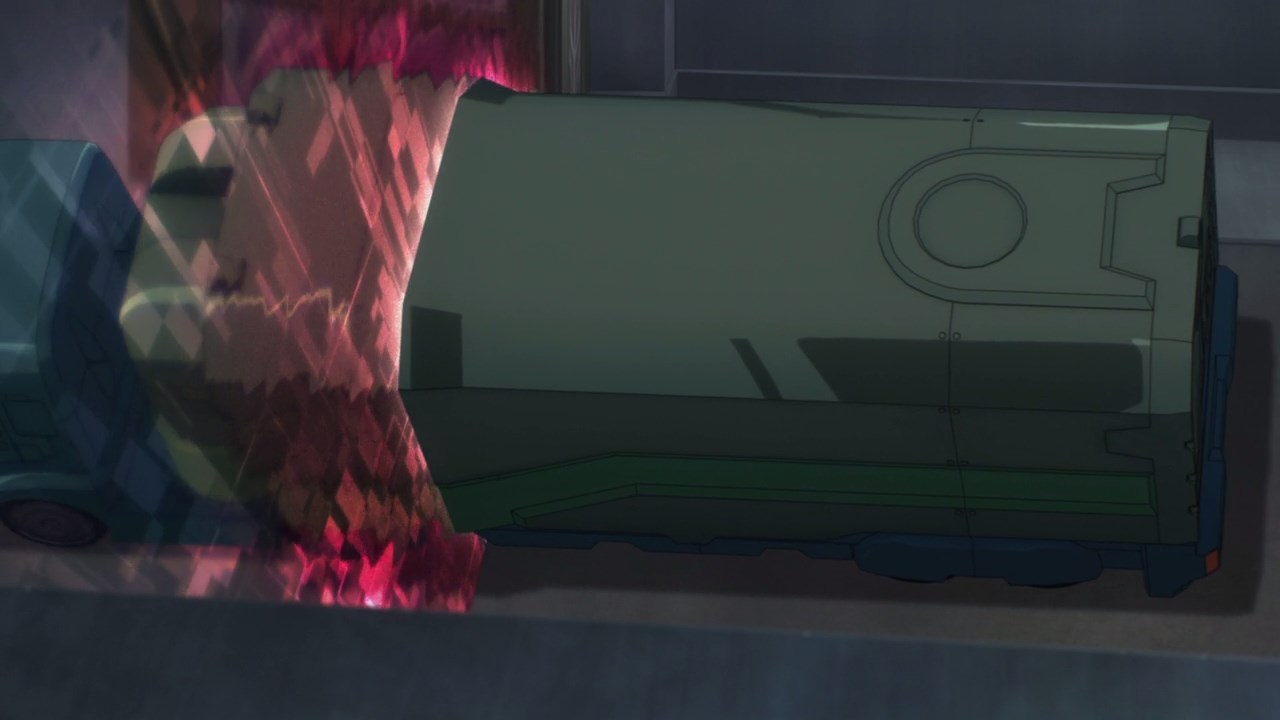 Well, that’s until this truck arrived at the school campus. Man, I wish security should check on this truck ’cause something bad will happen… 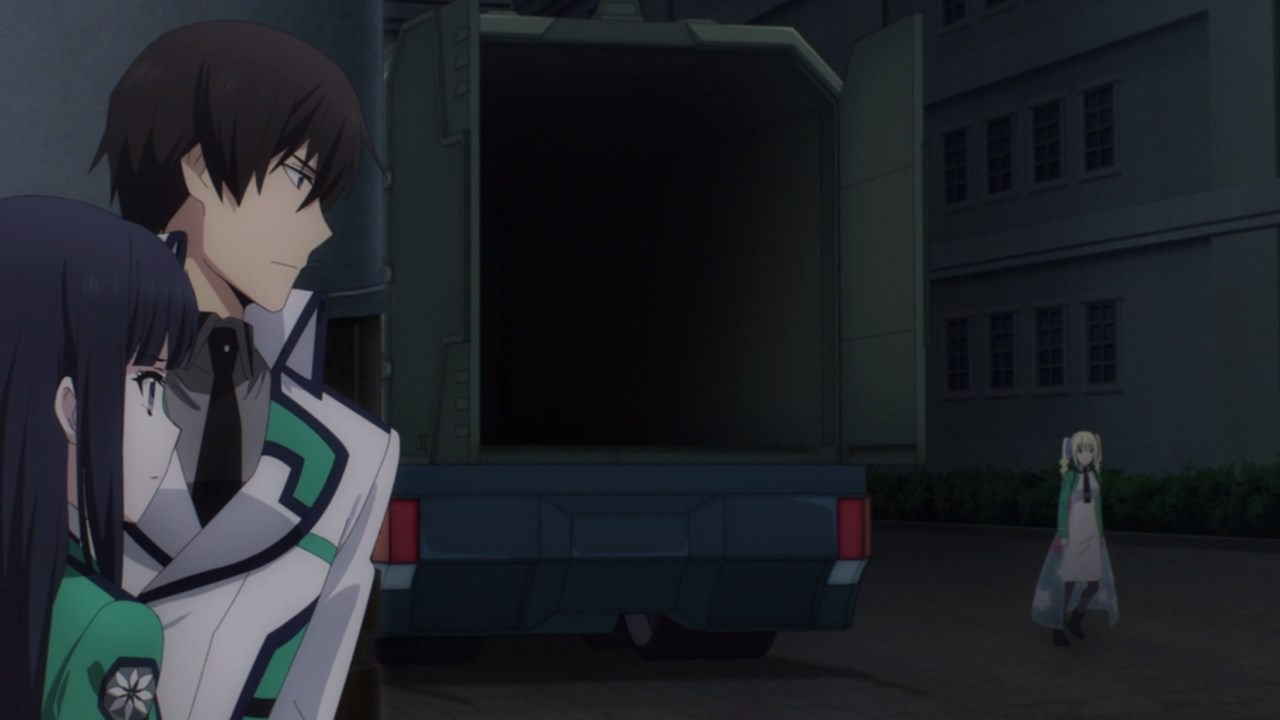 Anyways, everyone is observing the truck as they’re worried that a terrorist might appear.

So far, there’s no terrorist on sight but Tatsuya Shiba and his friends saw Angelina Kudou Shields where she approach the truck. 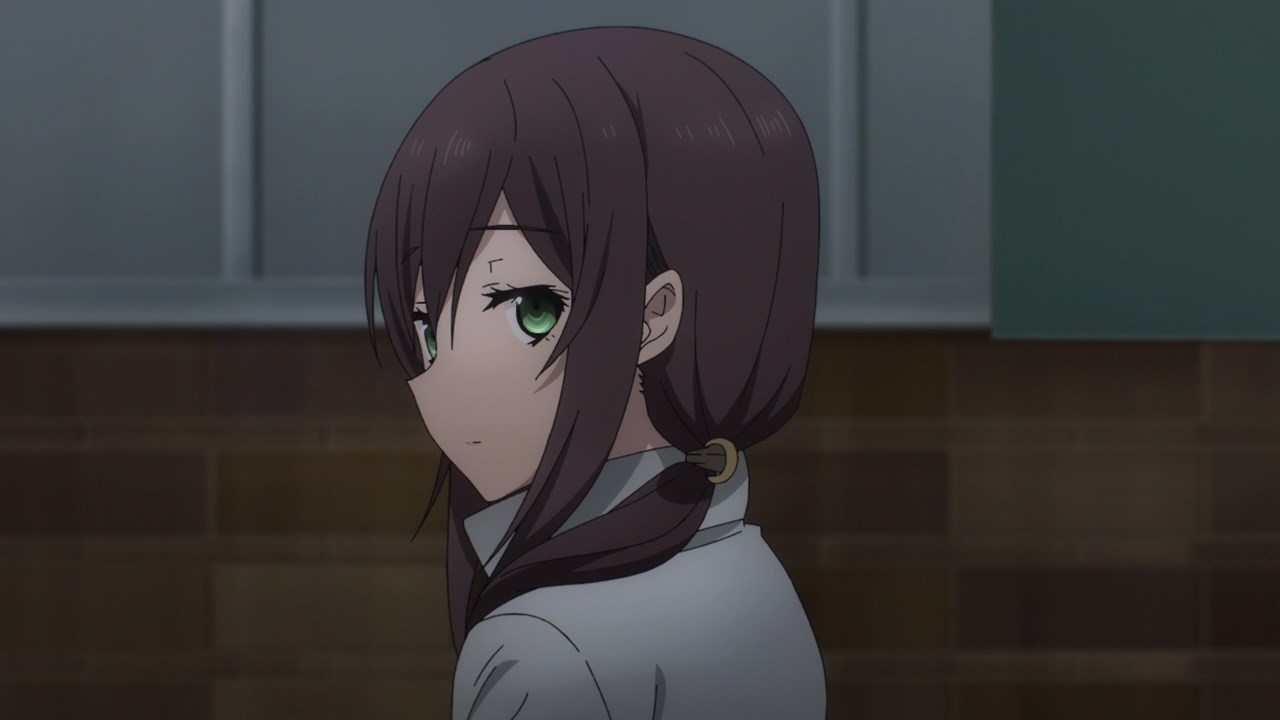 Oh yeah, and someone got out of the truck as I introduce you to Lina’s friend named Mikaela Hongou or Mia for short.

Then again, something feels off as Mia has that ominous presence. Sure that she’s not acting weird or anything but Lina’s friend might pose a danger to the students inside First High School. 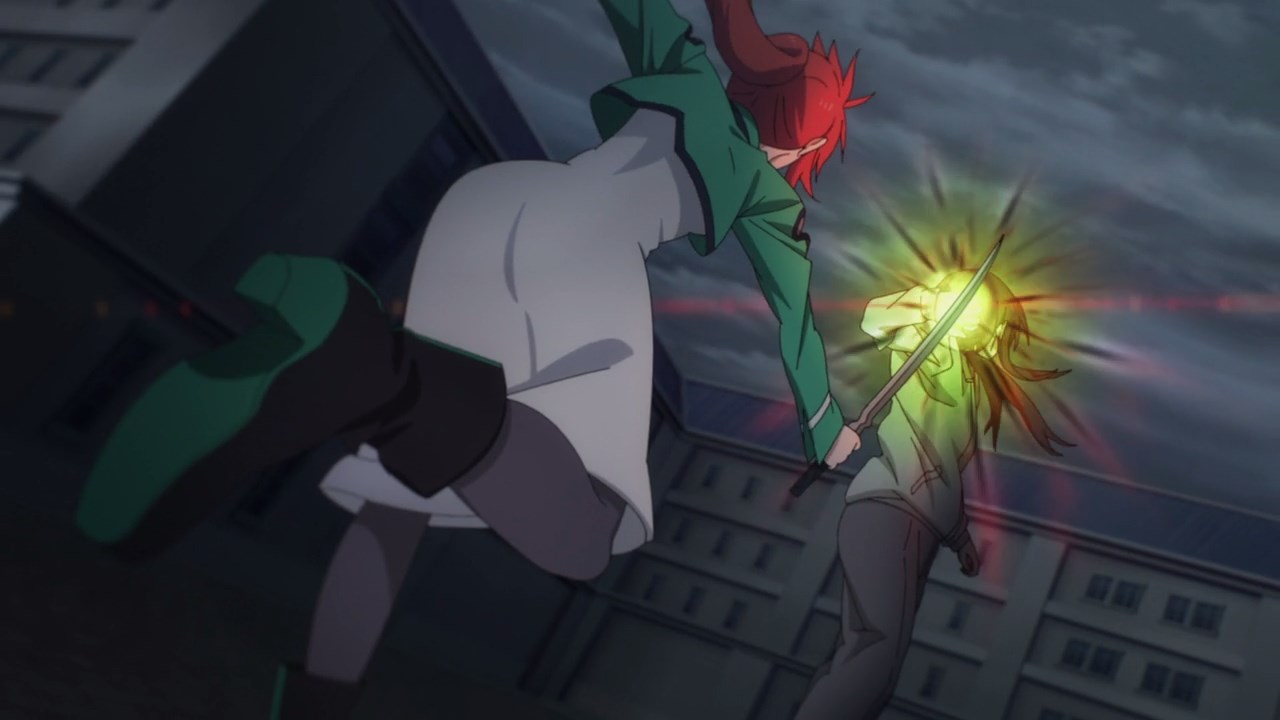 So, Erika Chiba went head-first into action as she attacks Mikaela Hongou, although Mia blocked Erika’s katana with her bare hands.

Speaking of Mia, you notice that she made a barrier that’s different from anything I’ve seen, almost as if she has powers from those parasites. Wait, don’t tell me that she’s a parasite too!? 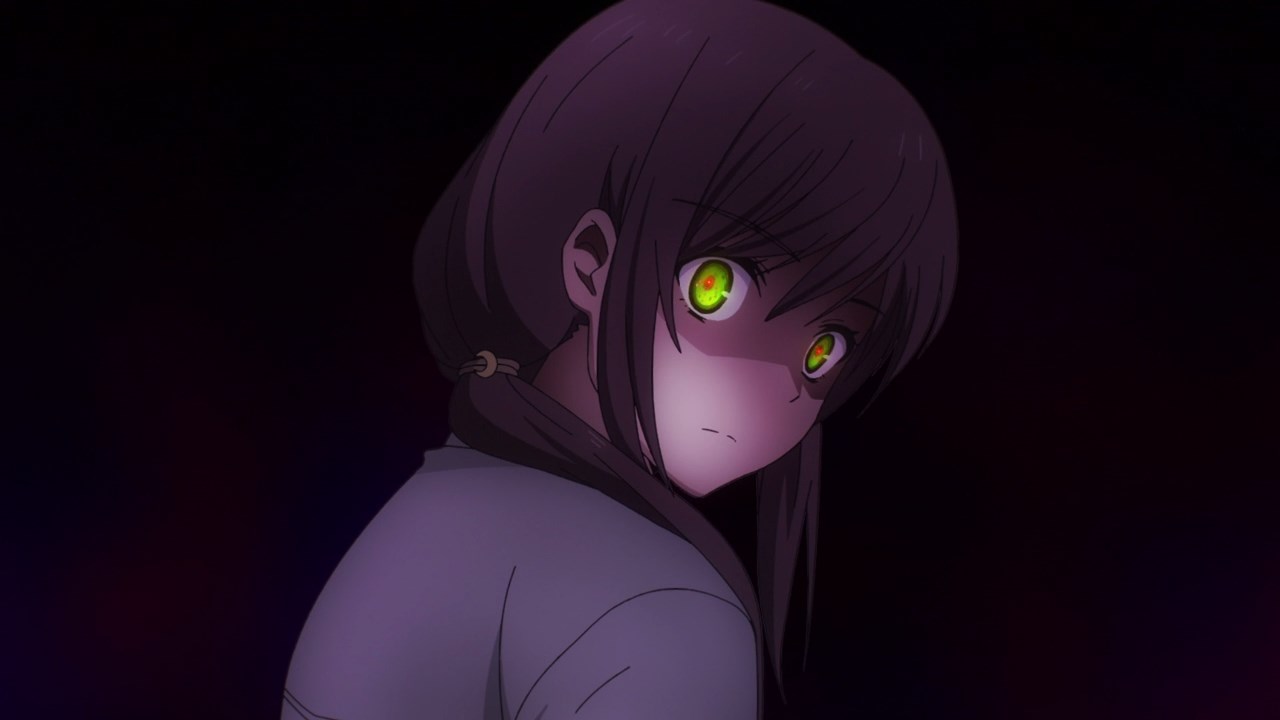 Turns out that Mikaela Hongou is being possessed by a parasite and Lina can’t belive that her teammate has become an enemy.

You know something, imagine if Leonhart Saijou becomes a vampire thanks to the parasite back in Episode 2, that would be a big problem for Tatsuya Shiba and the rest. 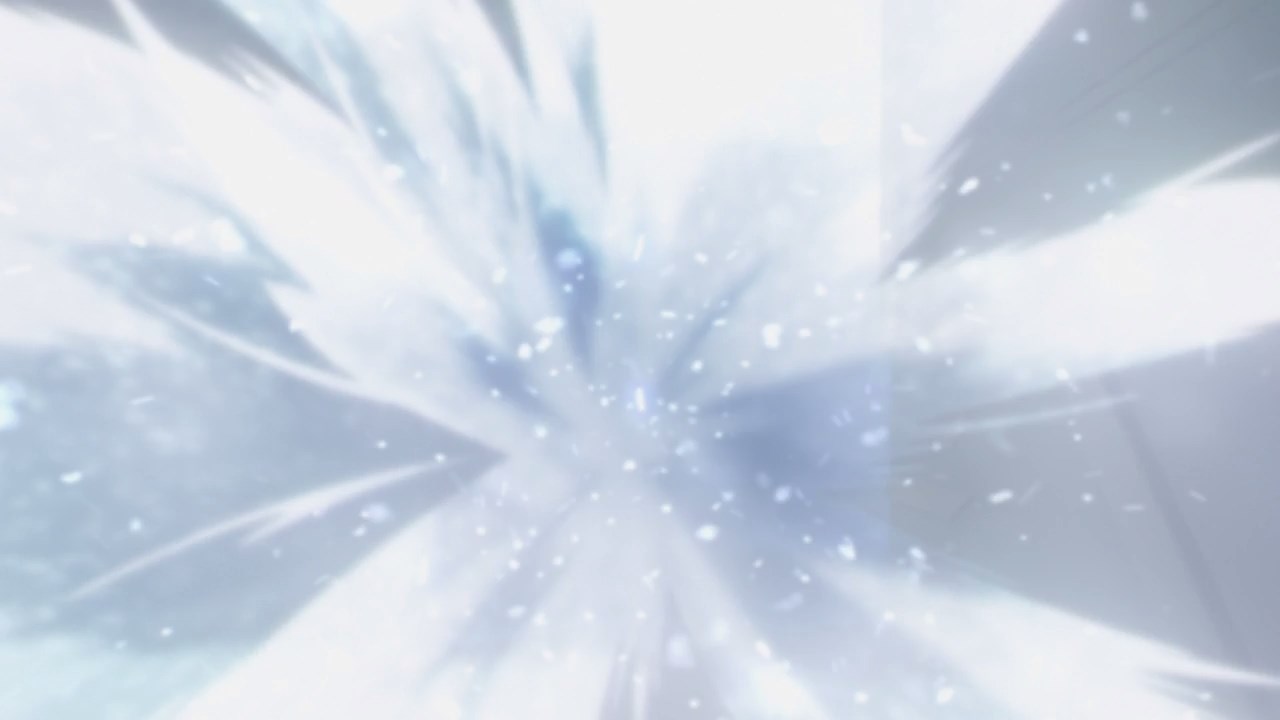 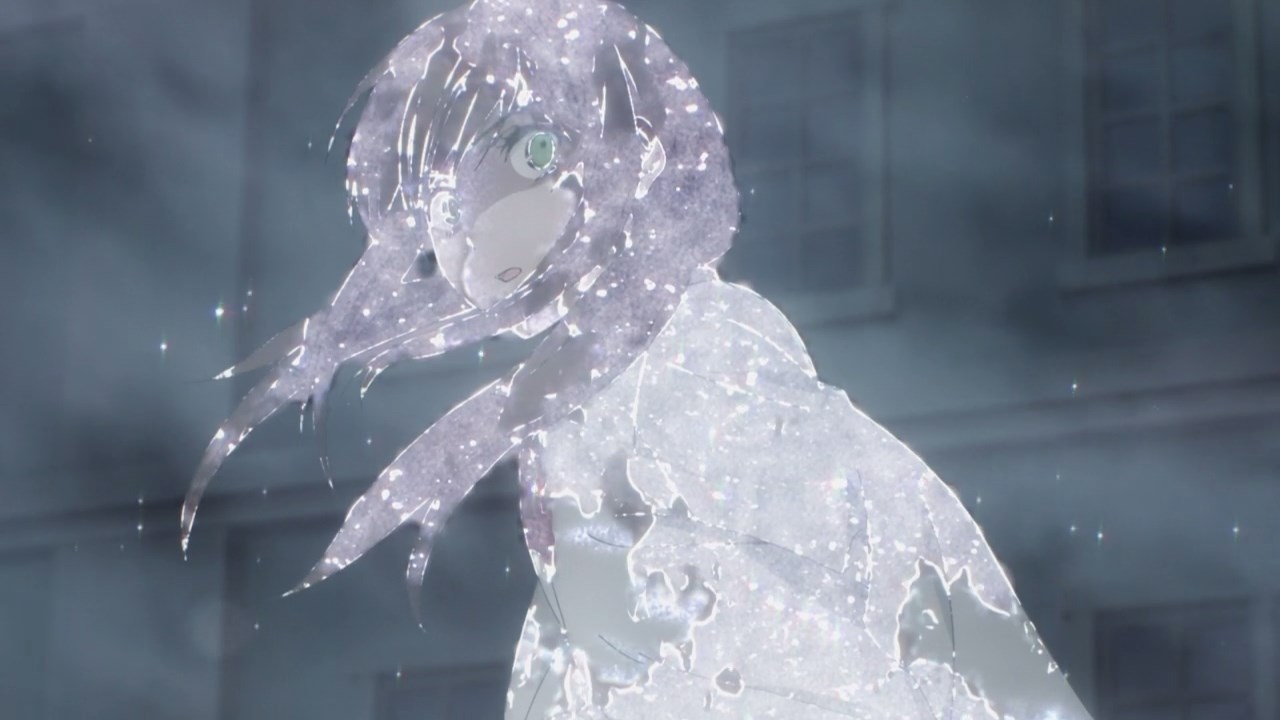 Fortunately, this parasite got frozen thanks to Miyuki Shiba’s ice magic in which Mia’s body can’t move an inch. Looks like First High School is saved. 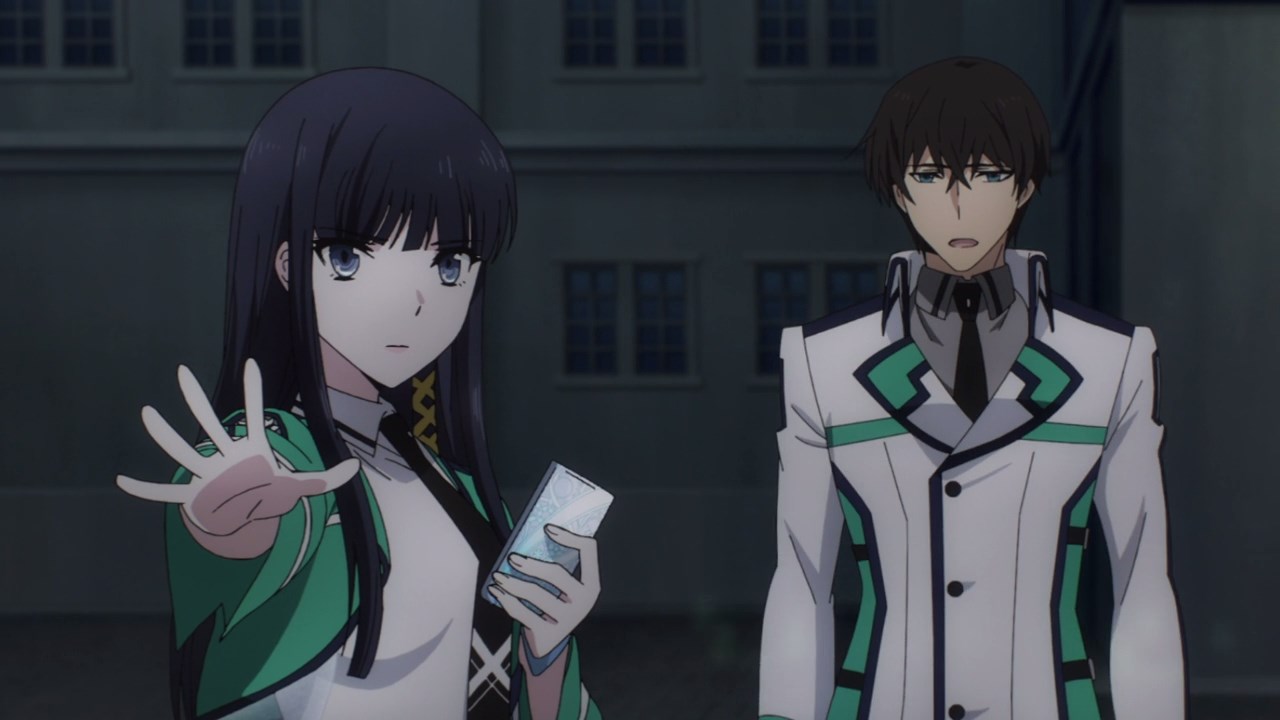 Of course, Tatsuya Shiba and the rest wants some answers on why this truck went inside the school grounds.

Oh, and what is Deimos Second and his rouge operatives planning to do in Japan, especially when it comes to using parasites to possess people and possibly create micro black holes? 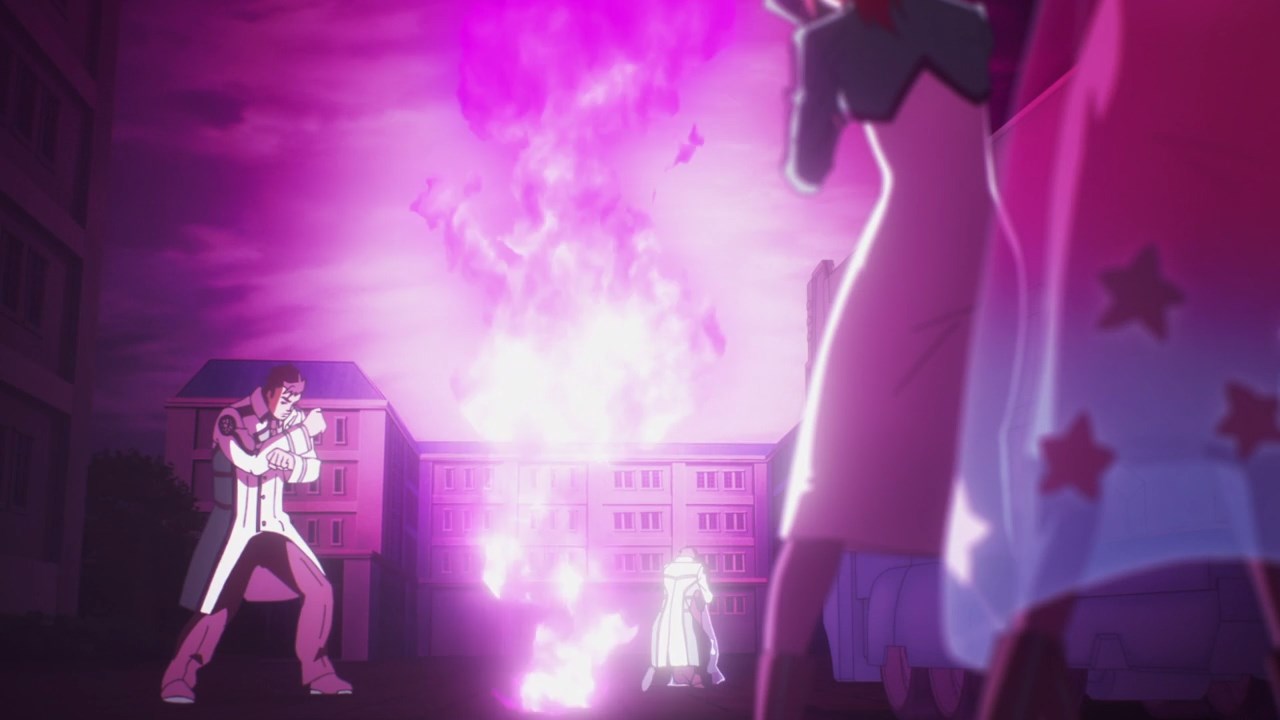 Unfortunately, Mia’s body went up in flames and it’s sucks that Lina’s friend just died… unless Mia’s body is actually an illusion.

I don’t know if Mikaela Hongou is dead or alive, but that parasite remains a menace to Tatsuya Shiba and his allies. 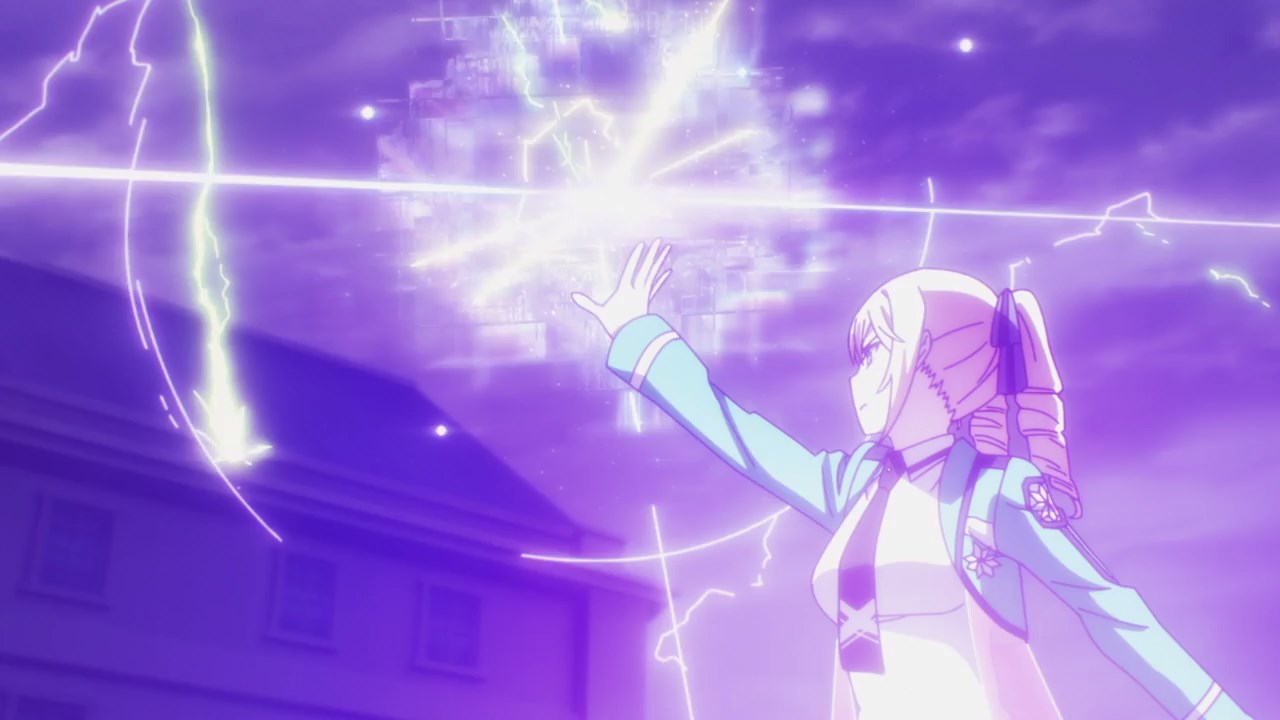 Oh yeah, and the parasite shoots ball lightning at them. While the likes of Angelina Kudou Shields have managed to shoot them down, they still can’t find the parasite. 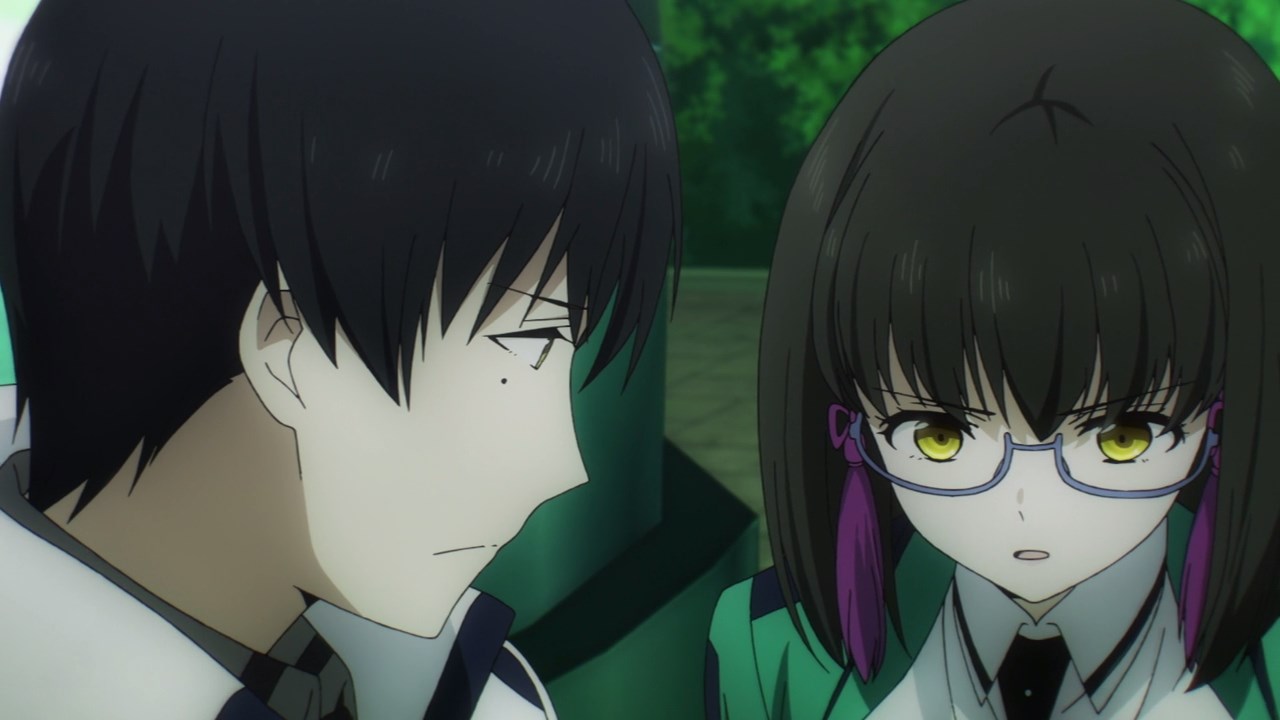 That’s until Mizuki Shibata got an idea where she’ll use her ability to find it. Of course, she needs to remove her glasses in order to locate the parasite. 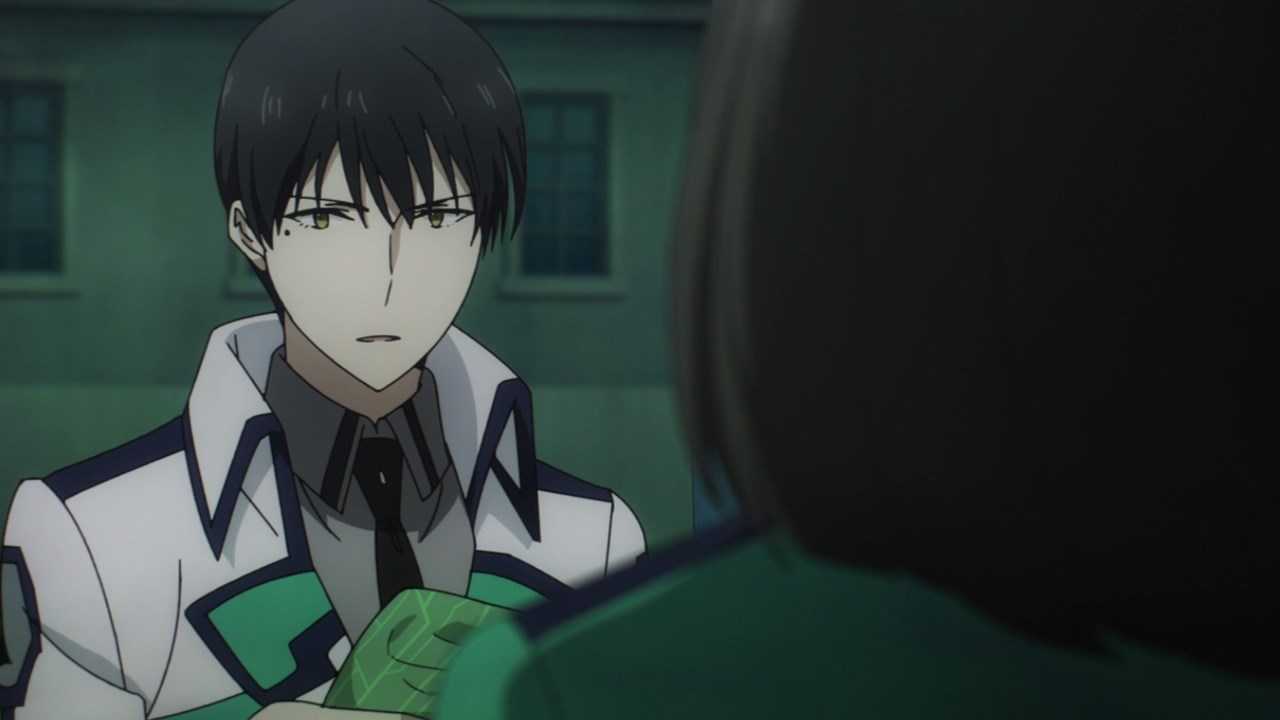 However, there’s a risk that she might get possessed by a parasite, so Mikihiko Yoshida gave her a special coat for protection. Glad that he’s helping Mizuki. 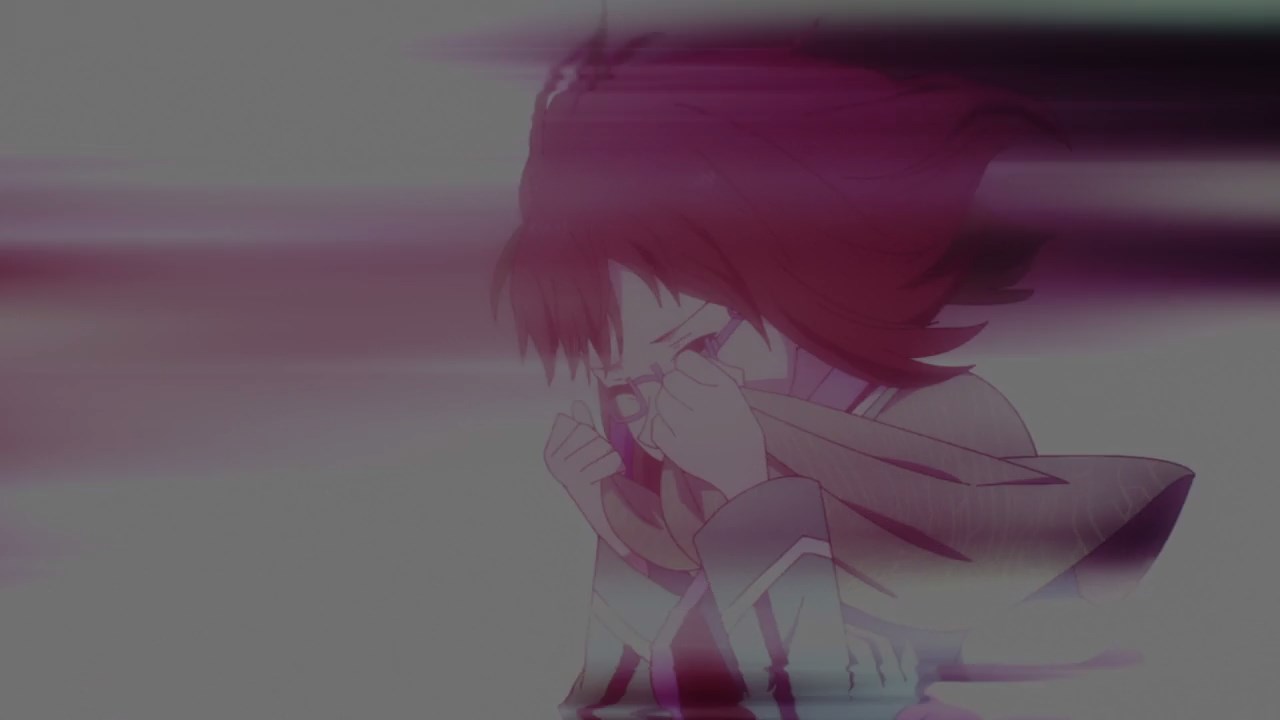 But anyways, Shibata used her ability to locate the parasite, but it appears that she felt a strong surge of magic once Mizuki removes her glasses. Good think Mikihiko’s coat protected her. 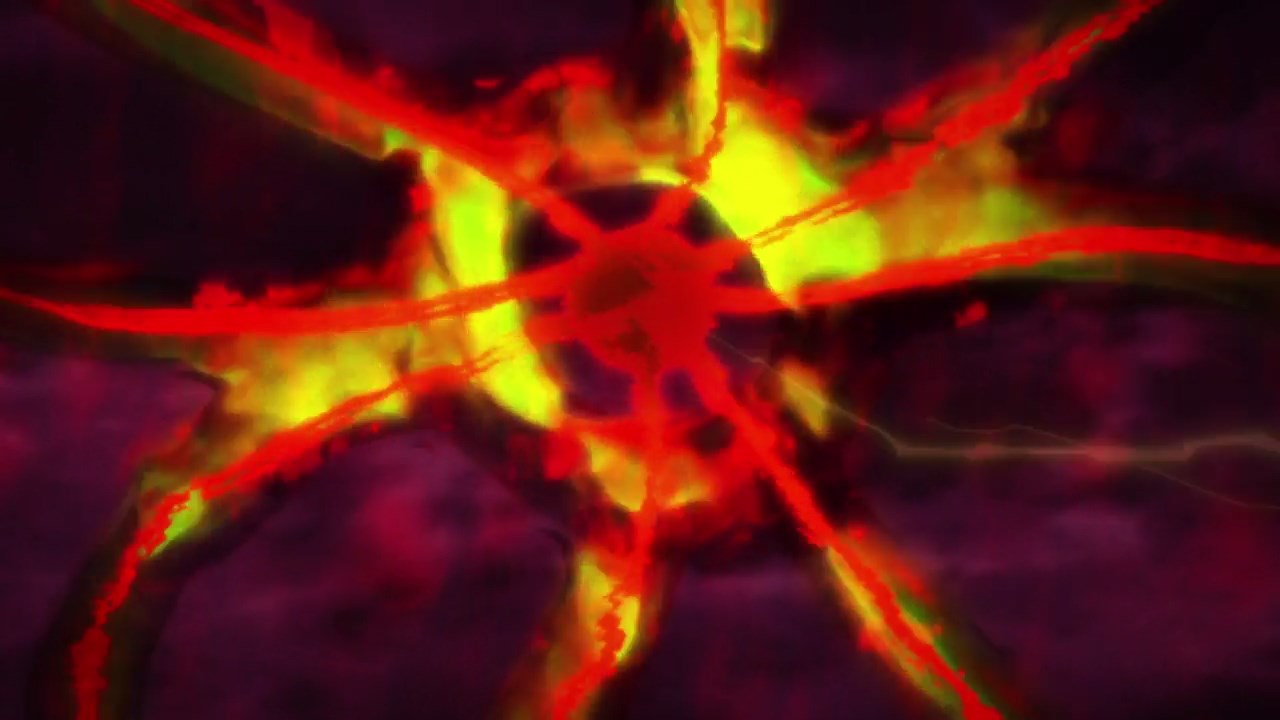 But here’s the parasite and it looks like some extraterrestrial octopus from another dimension. Oh, and it’s gonna possess Mizuki Shibata since she saw the parasite. 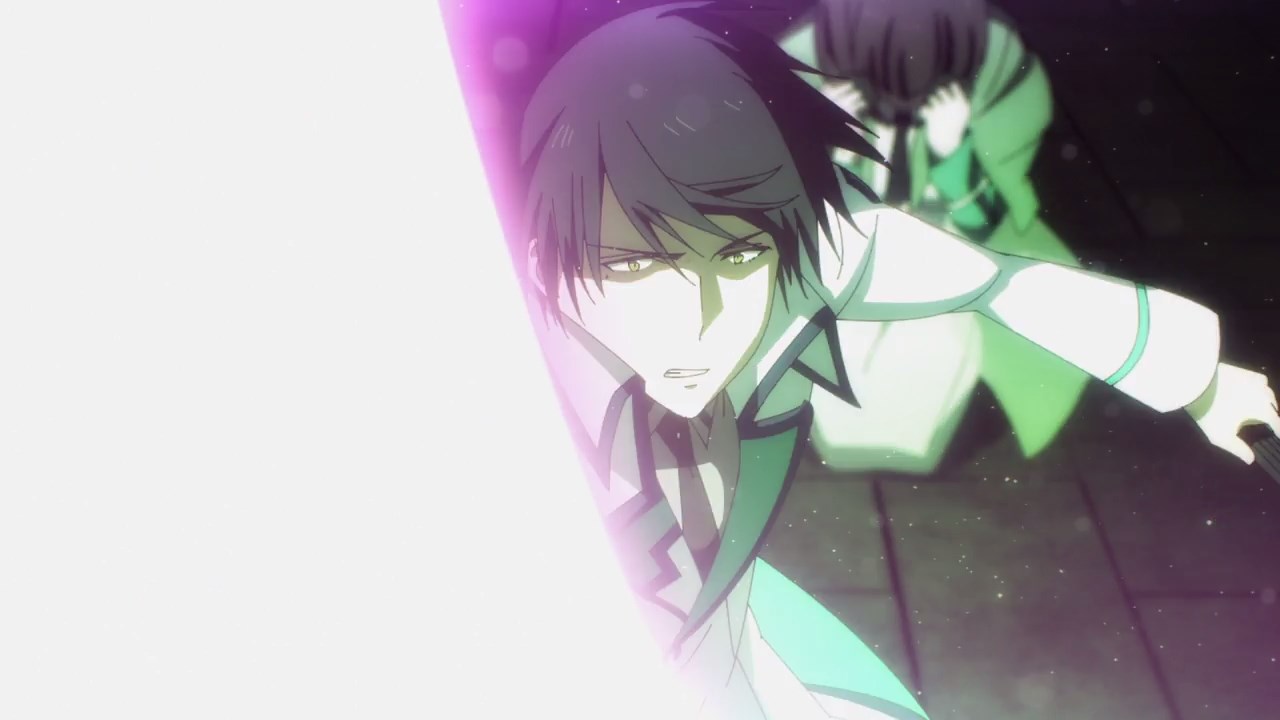 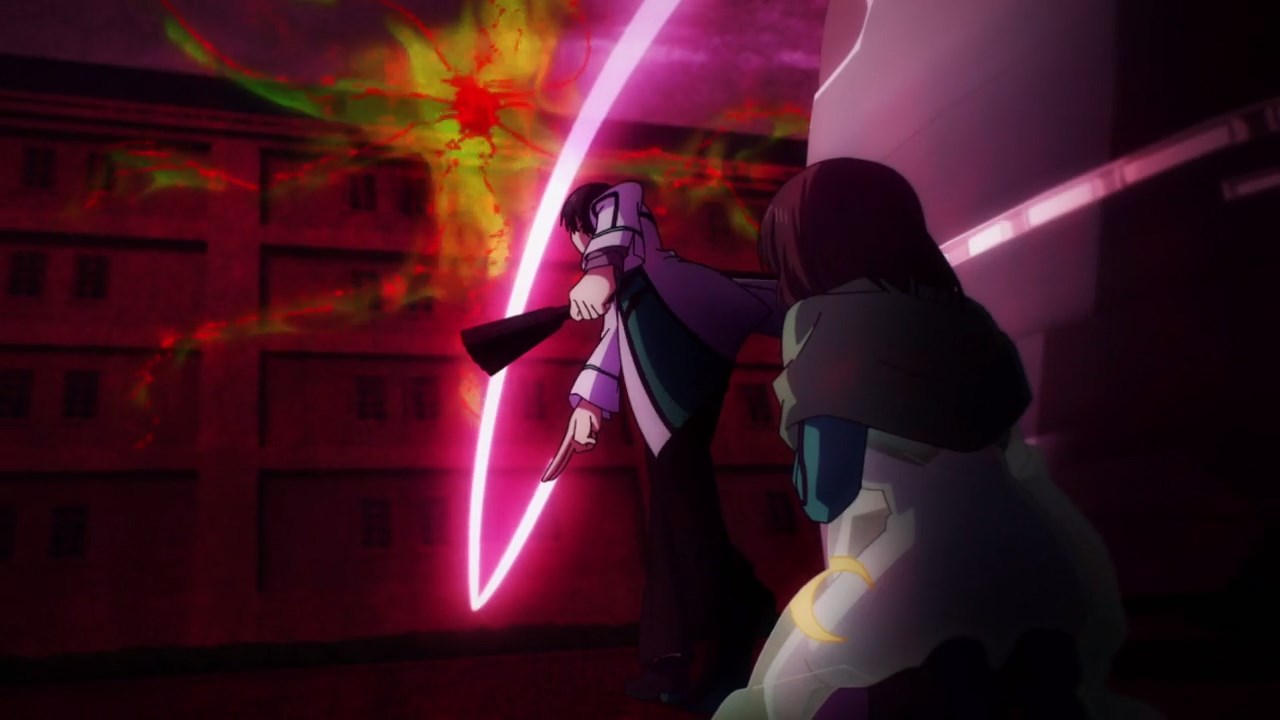 Not on Mikihiko Yoshida’s watch however as he swatted that parasite. Glad that Mikihiko managed to deal some significant damage on the parasite. 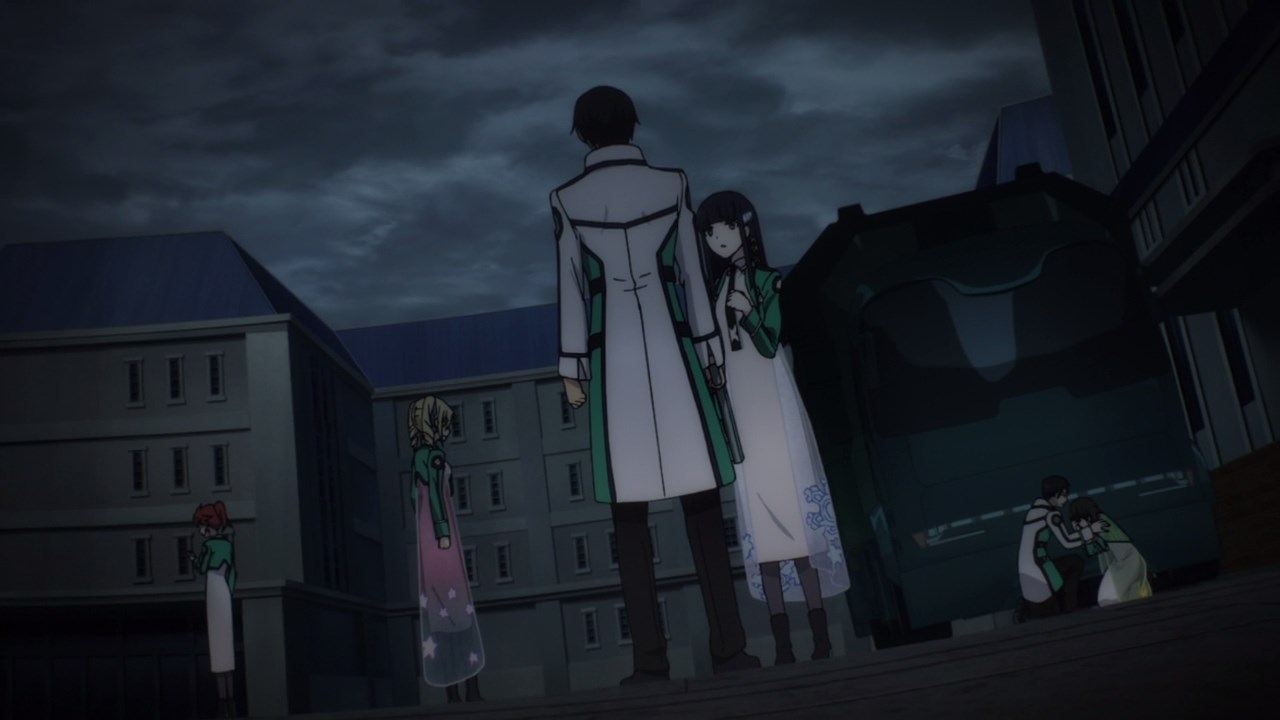 Unfortunately, the parasite got away as it’s licking its wounds after Mikihiko Yoshida attack it. While Tatsuya Shiba and his friends might encounter it again, the parasite is hiding there somewhere within First High School. 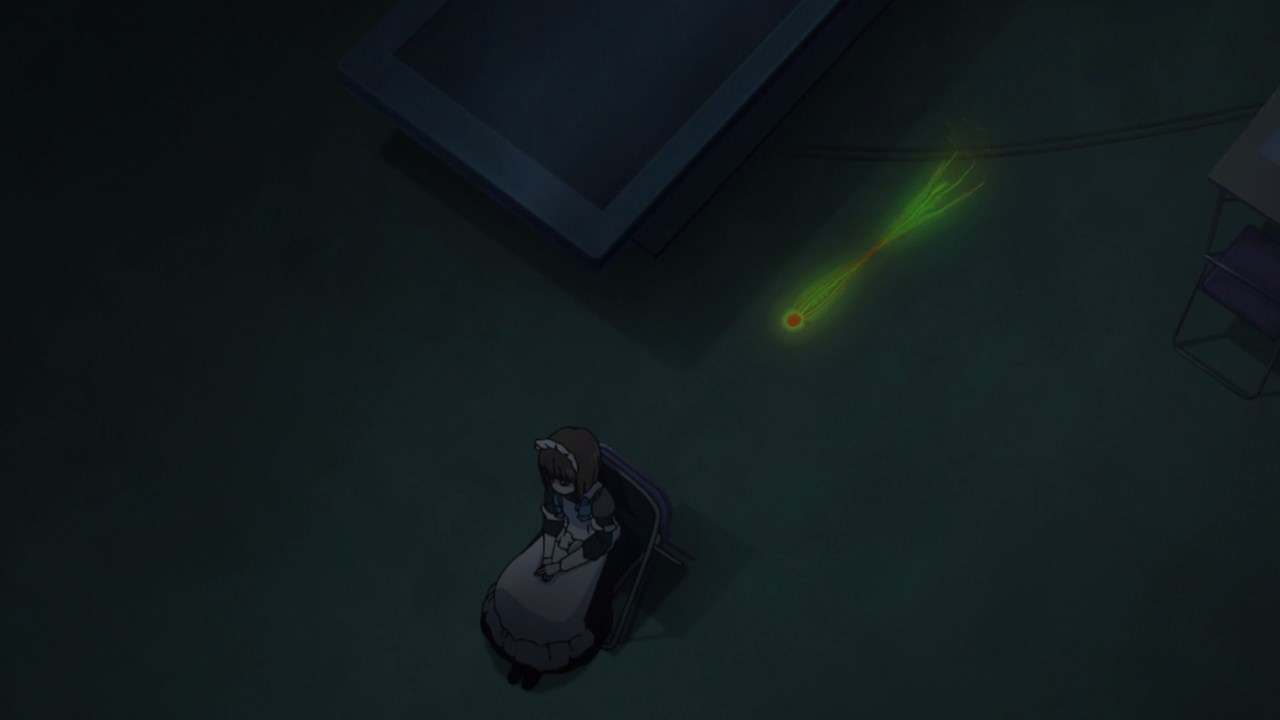 But here’s the parasite where it’s gonna possess this person… or maybe a robot. Man, I’m scared on what’s gonna happen on the next episode. 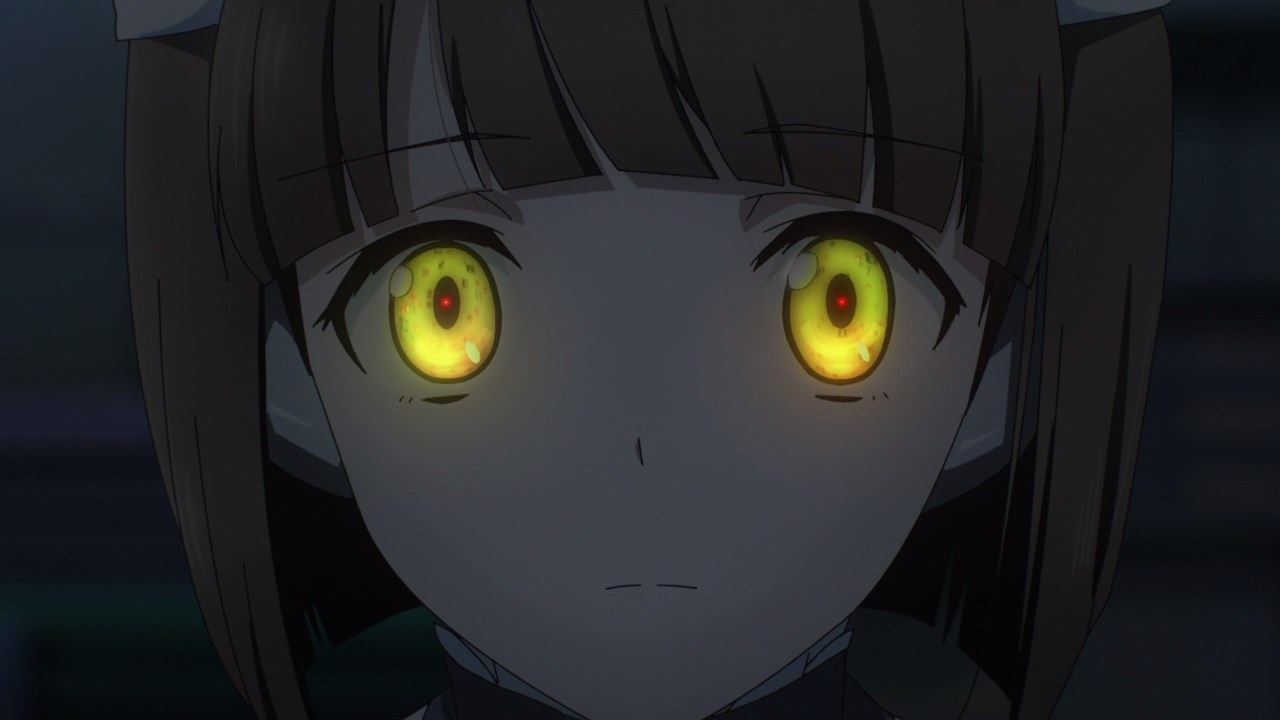 With that said, Tatsuya Shiba and his friends will not only deal with rogue USNA operatives, but also parasites where it can turn anyone into vampires.

As for Angelina Kudou Shields, she needs to know if her colleague Mikaela Hongou is still alive. But anyways, see ya next time!