Posted on November 7, 2020 by benigmatica 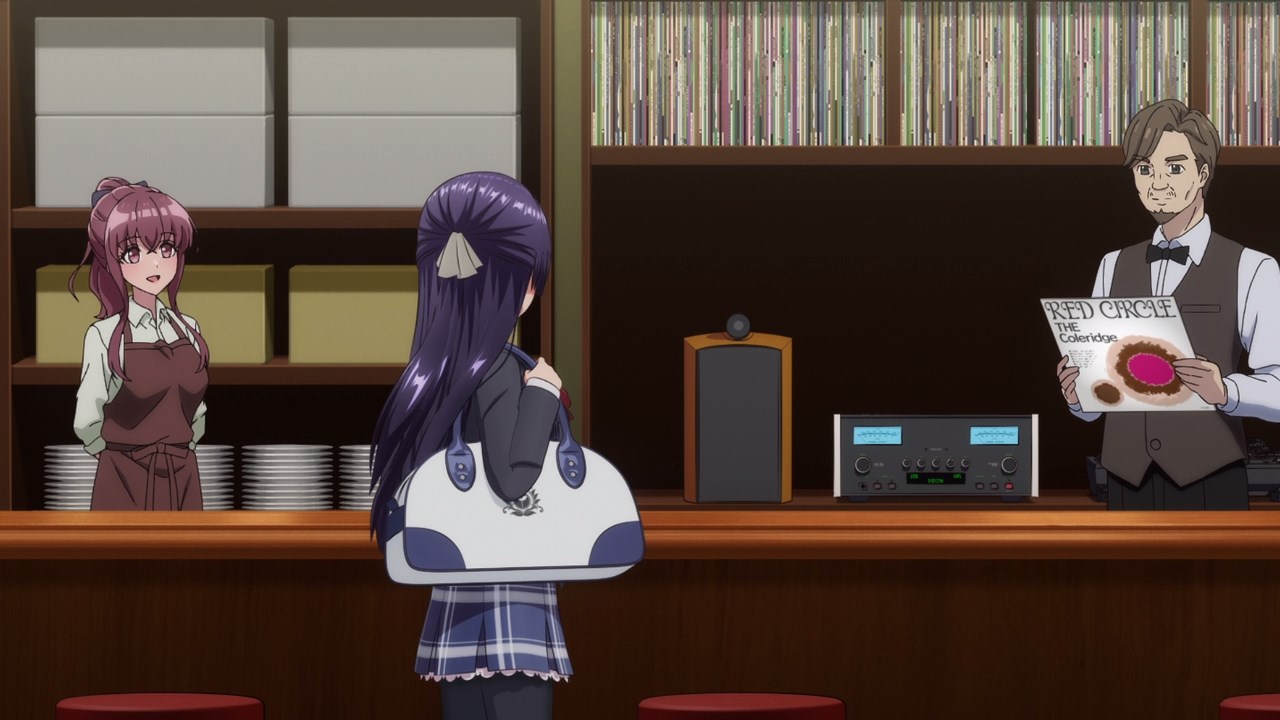 Hey everyone, I’m gonna introduce you to some supporting characters, starting with Airi Amano where she had a successful music career with Shano Himegami. Then again, Airi decided to leave the showbusiness temporarily and worked part-time at a coffee shop, which is owned by Ryujin Kofune.

Man, it’s sucks that Amano will have to halt her music career for the time being since she and Himegami inspired Rinku Aimoto to join the world of DJs! 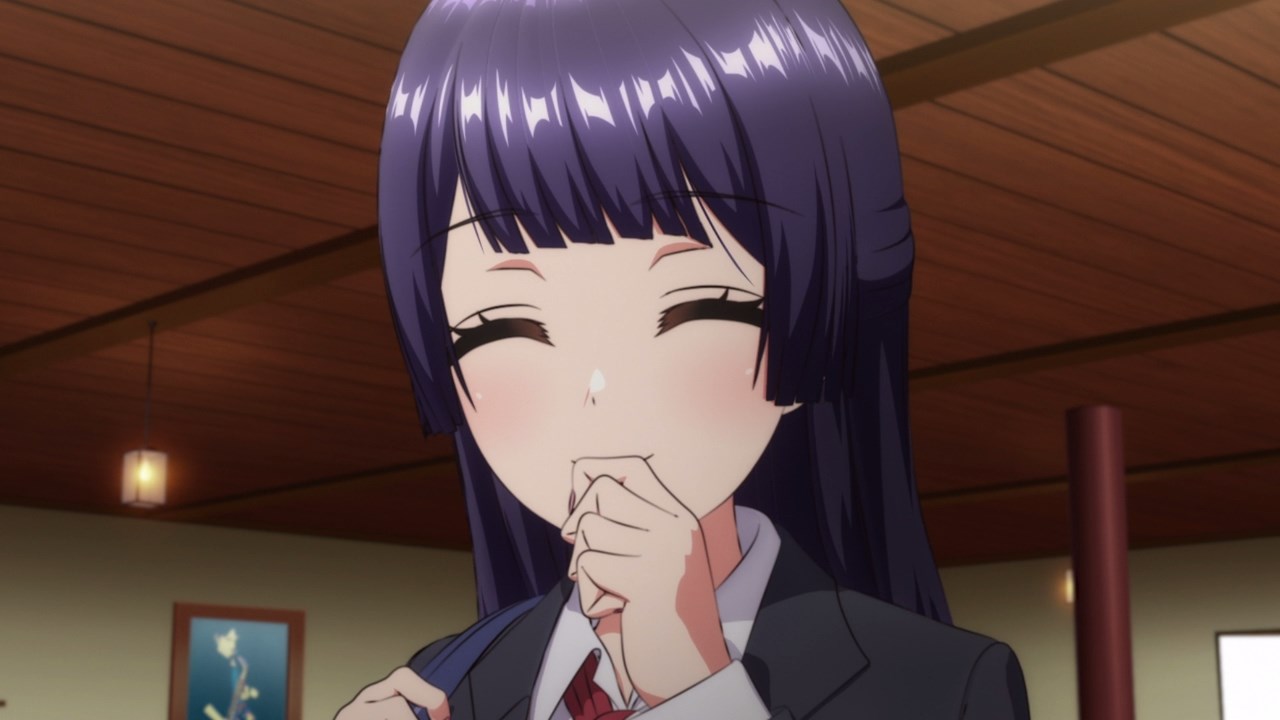 Anyways, here’s Rei Togetsu and while she’s not interested in DJ music yet, I feel that Rei will join the likes of Maho Akashi and Rinku Aimoto soon. 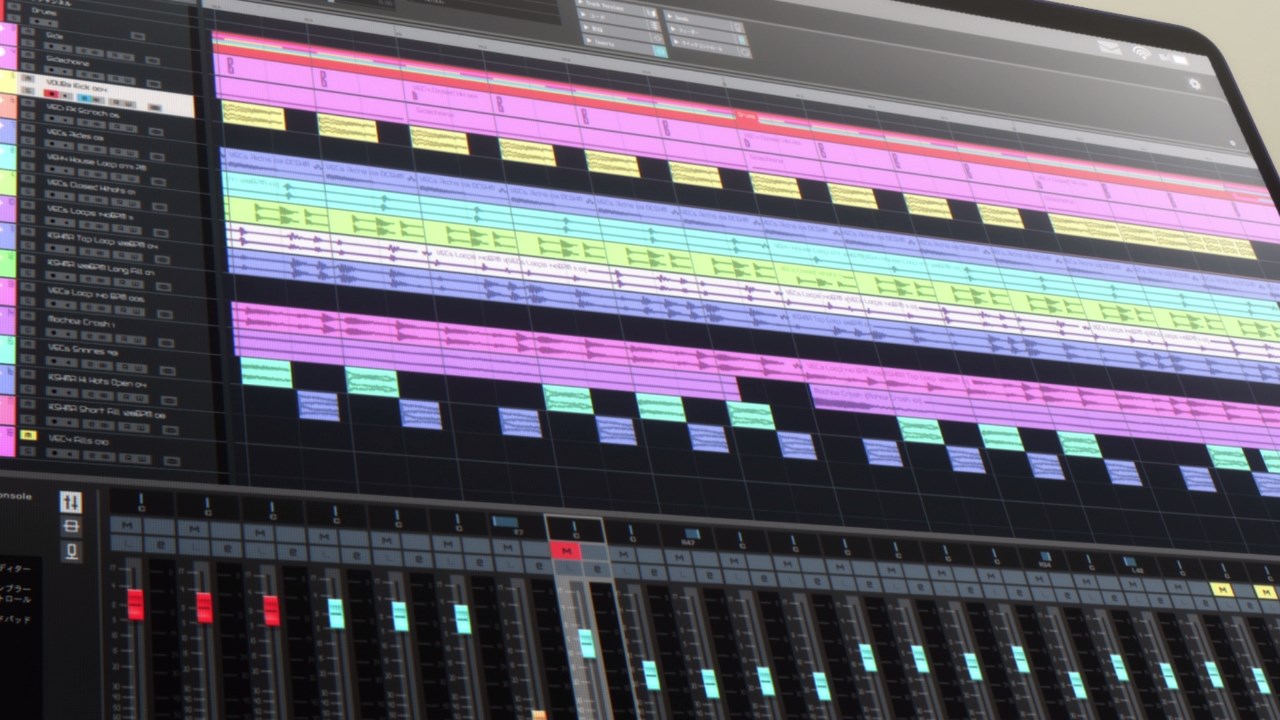 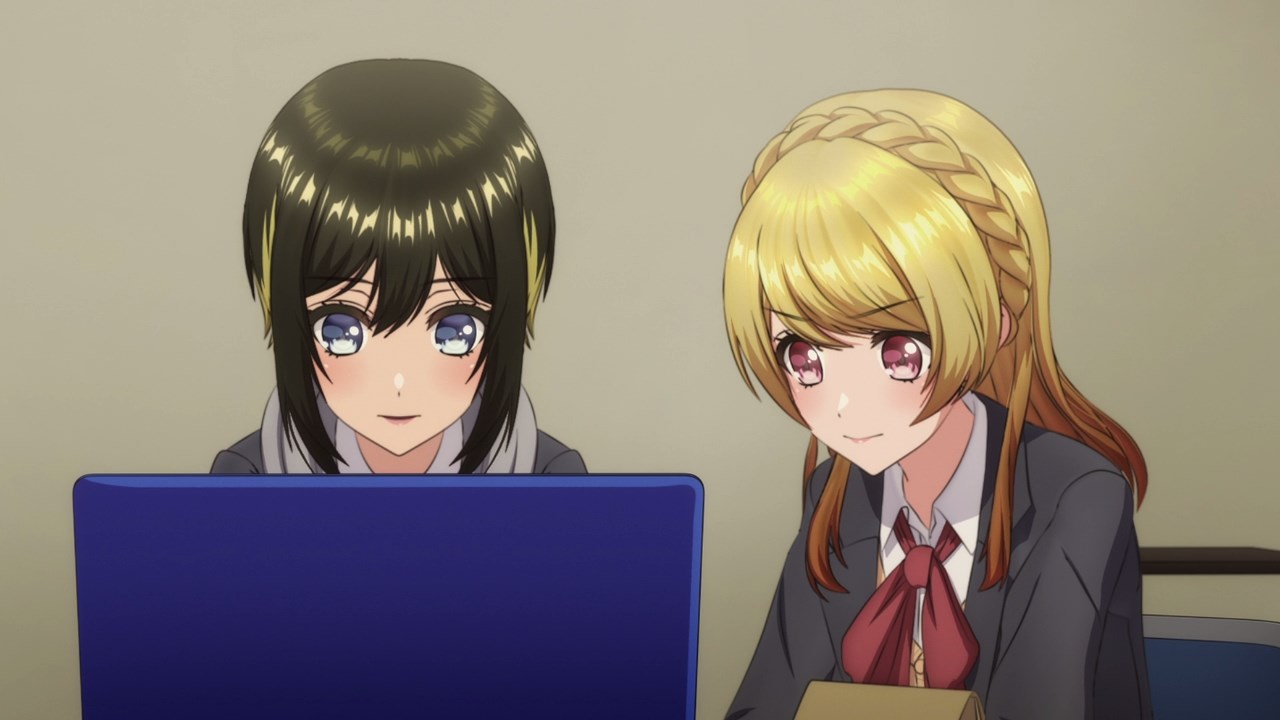 Speaking of Maho and Rinku, they’re doing some disc jockey 101 as Akashi teaches Aimoto on how to transition one song from another, or even remix one song into something different.

Oh yeah, and Maho Akashi is participating in Yoba Girls’ Academy’s Remix Contest where she must remix one popular song. Said song happened to be “Kibun Jojo” which is used in some commercials back in 2006. 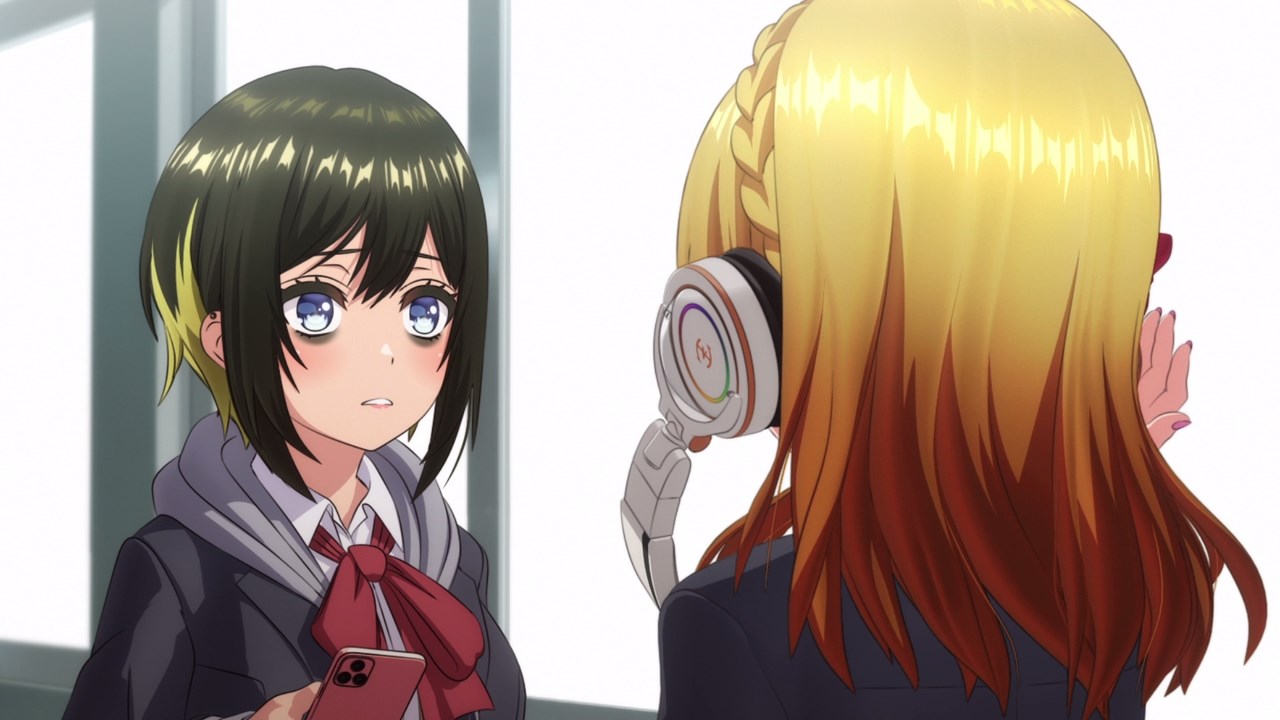 Anyways, Maho Akashi finished her remix as she shared it with Rinku Aimoto. I mean, Maho spend the entire night remixing a catchy song from 2006 until she got a desirable result.

Of course, I wanna know if her remixed song can make Rinku Aimoto dance? 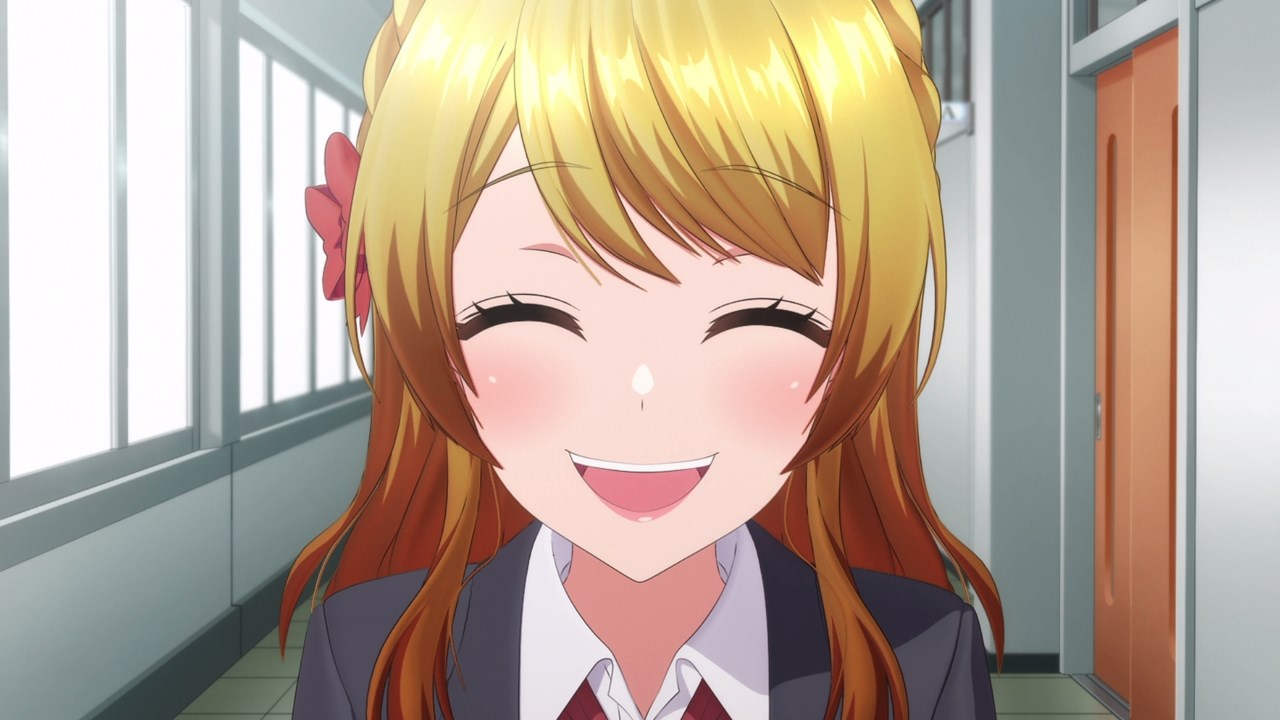 Well, seems that she loves it as Maho Akashi felt a sigh of relief. Now the only thing left to do is to submit it and wait for the results. 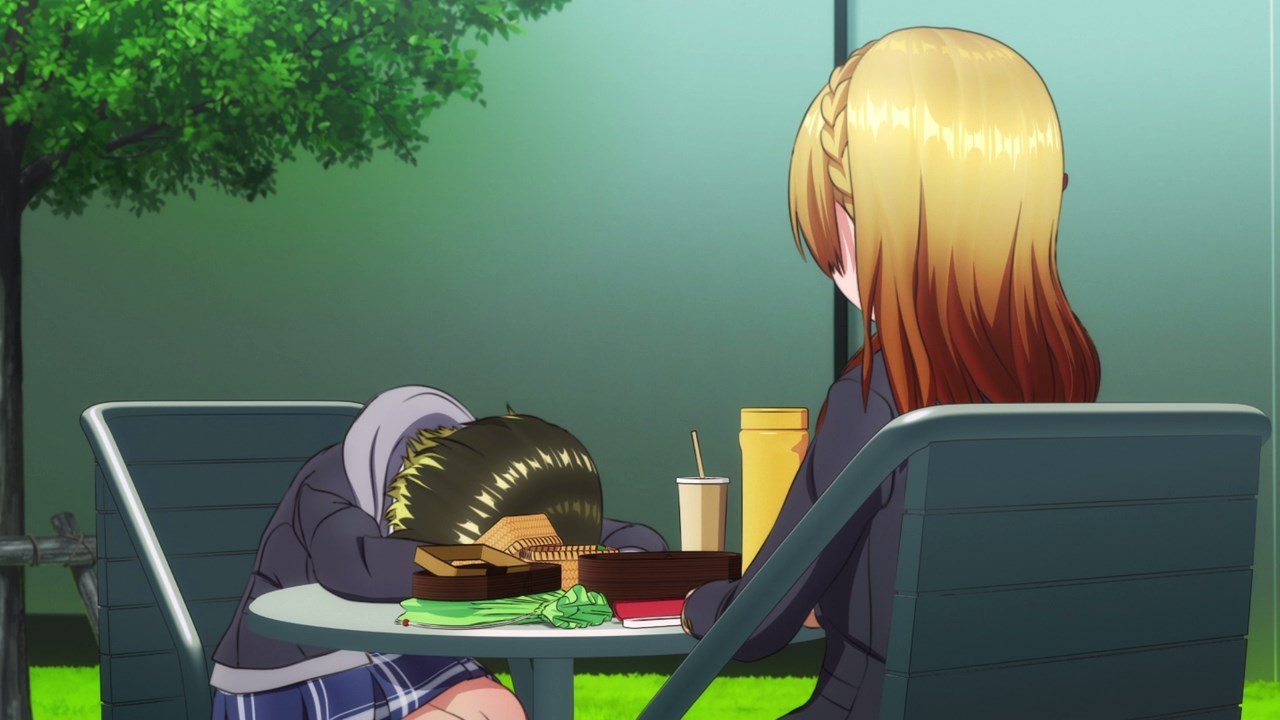 But once she submitted her entry, it appears that Maho’s remixed song didn’t won the grand prize. By the way, the winner of the contest is Shinobu Inuyose from Peaky P-Key.

On the plus side though, Maho Akashi won the newcomer award and it’s a nice consolation prize. 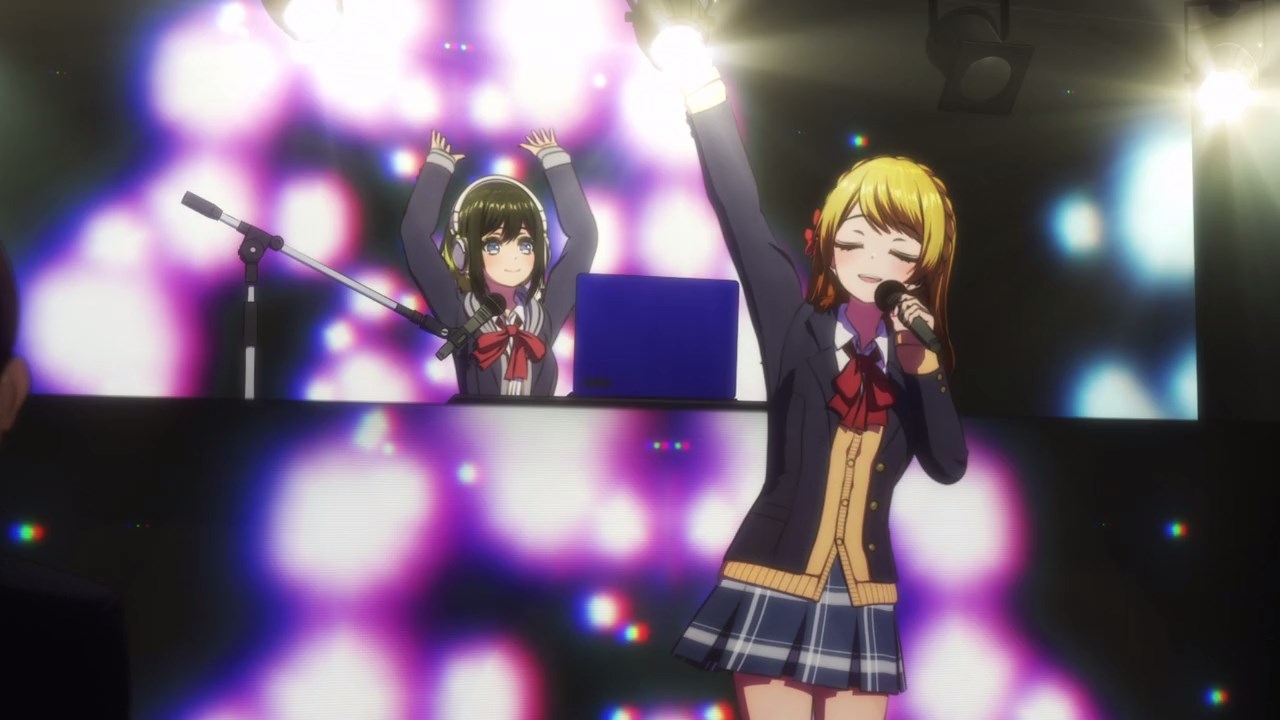 Anyways, let’s end this episode as Maho Akashi and Rinku Aimoto performed at a small audience. Speaking of Aimoto, she’s bringing the hype to the crowd as she sings and dance to the beat of “Kibun Jojo smash mix”! 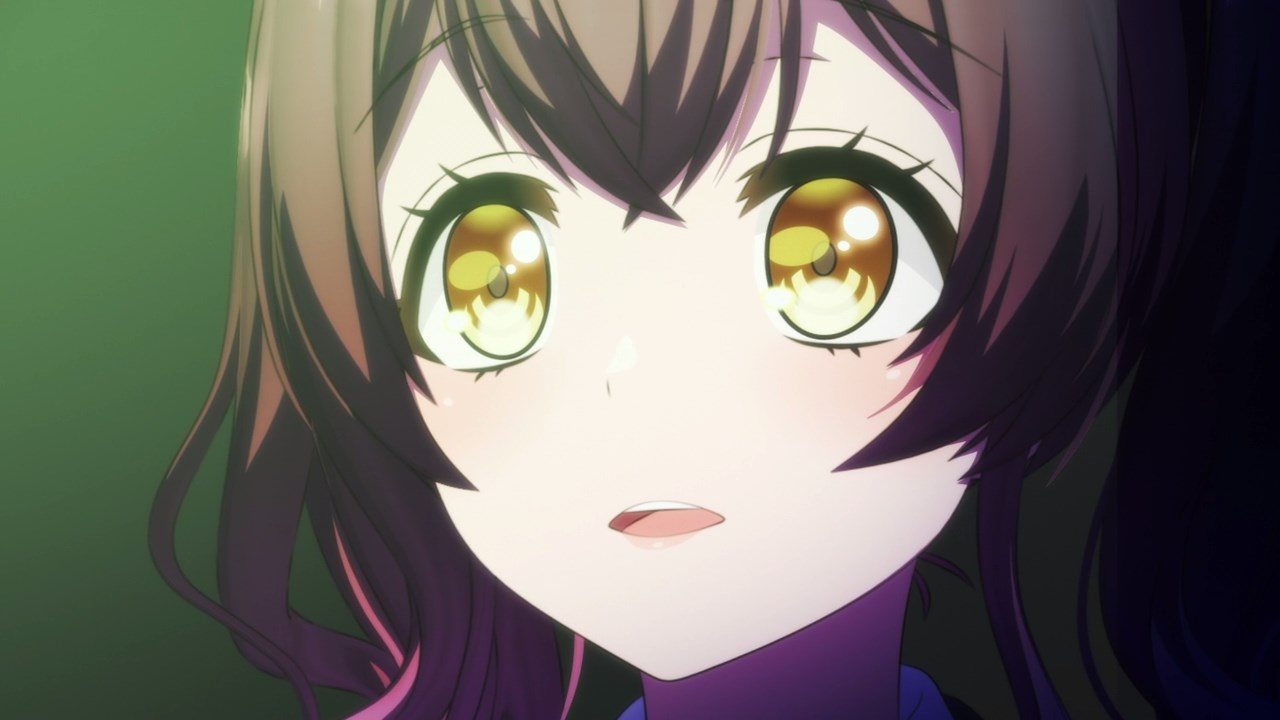 One more thing, here’s another important character introduced as Muni Ohnaruto went to the mini-concert to check it out and man, Muni is impressed by their performance. I bet that Ohnaruto will join them in the future.

But that’s about it on this episode and while it’s nice that Maho and Rinku put a stunning show, this is just the beginning for them!