Posted on November 8, 2020 by benigmatica 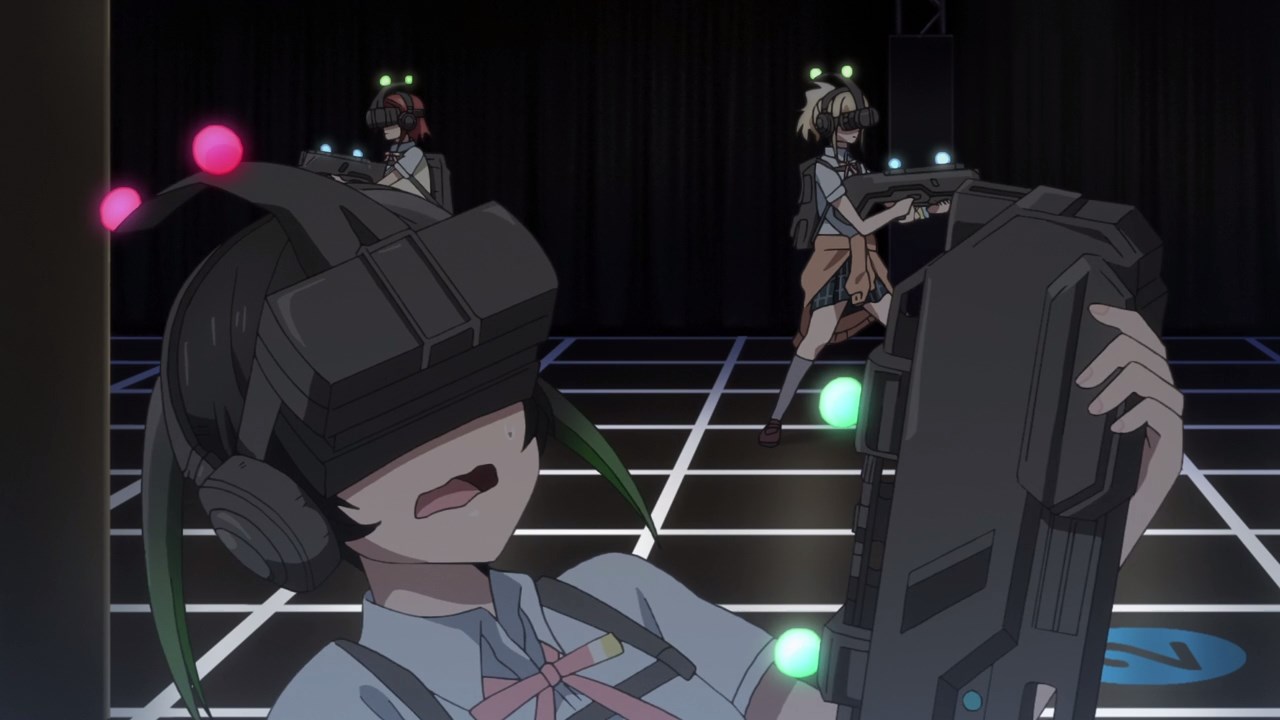 Let’s start with Yuu Takasaki and her fellow school idol club members playing a VR game at Sega Joypolis in Odaiba, Tokyo. Of course, the cast of this show played a VR game at this same venue before. 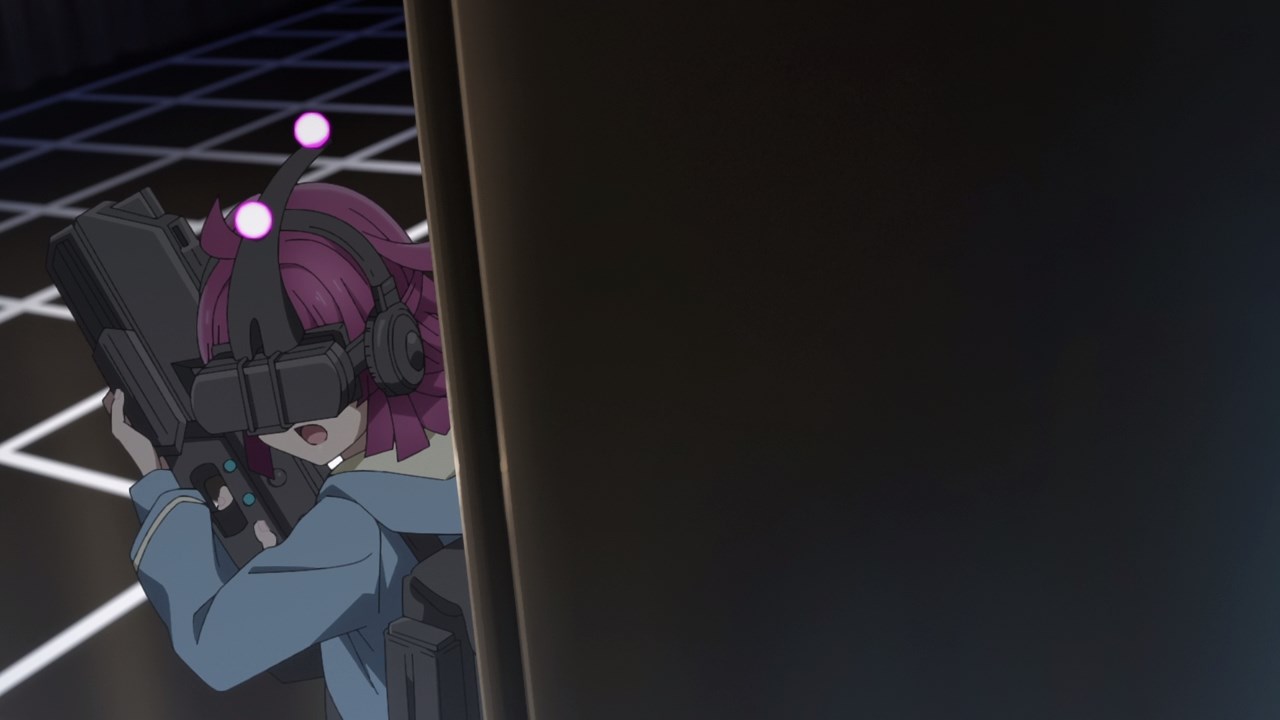 Oh and here’s Rina Tennouji where she’s actually skilled at playing video games, even in virtual reality where she’s deadly. 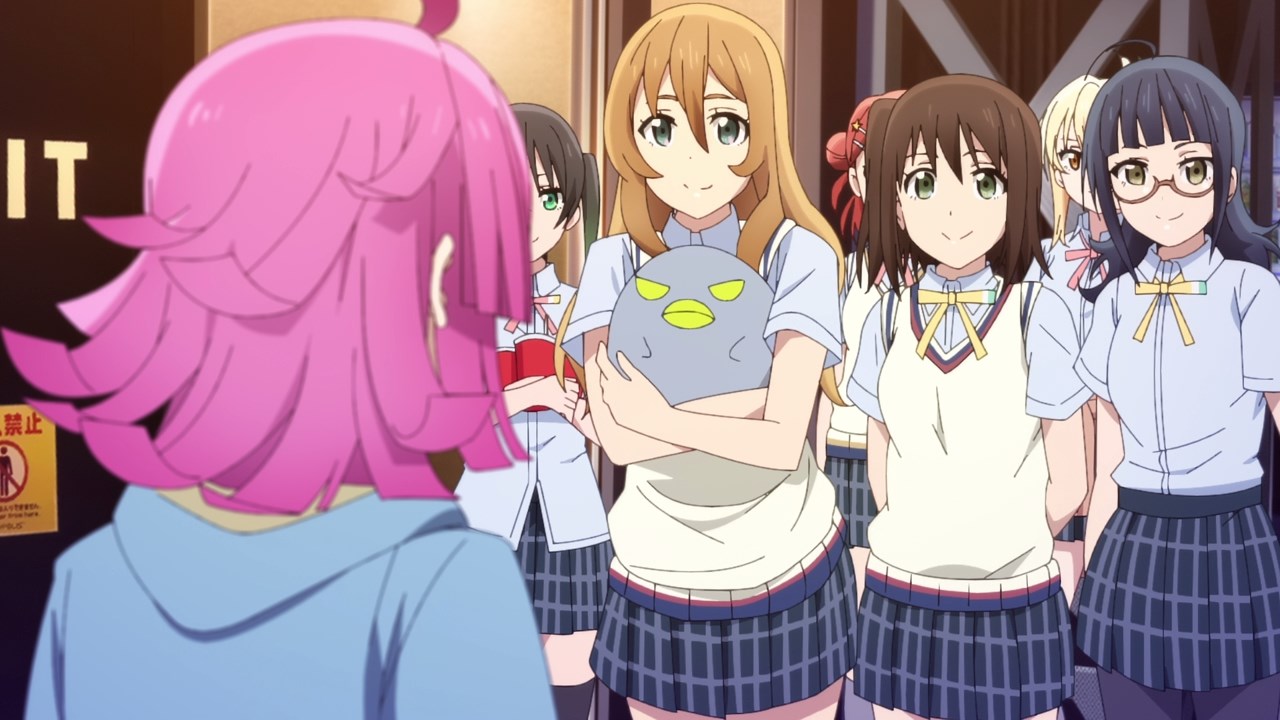 By the way, this trio are interested to see Tennouji as they’re looking forward to see her solo concert. Oh and you wanna know how they learned about Rina’s upcoming live show at Joypolis? 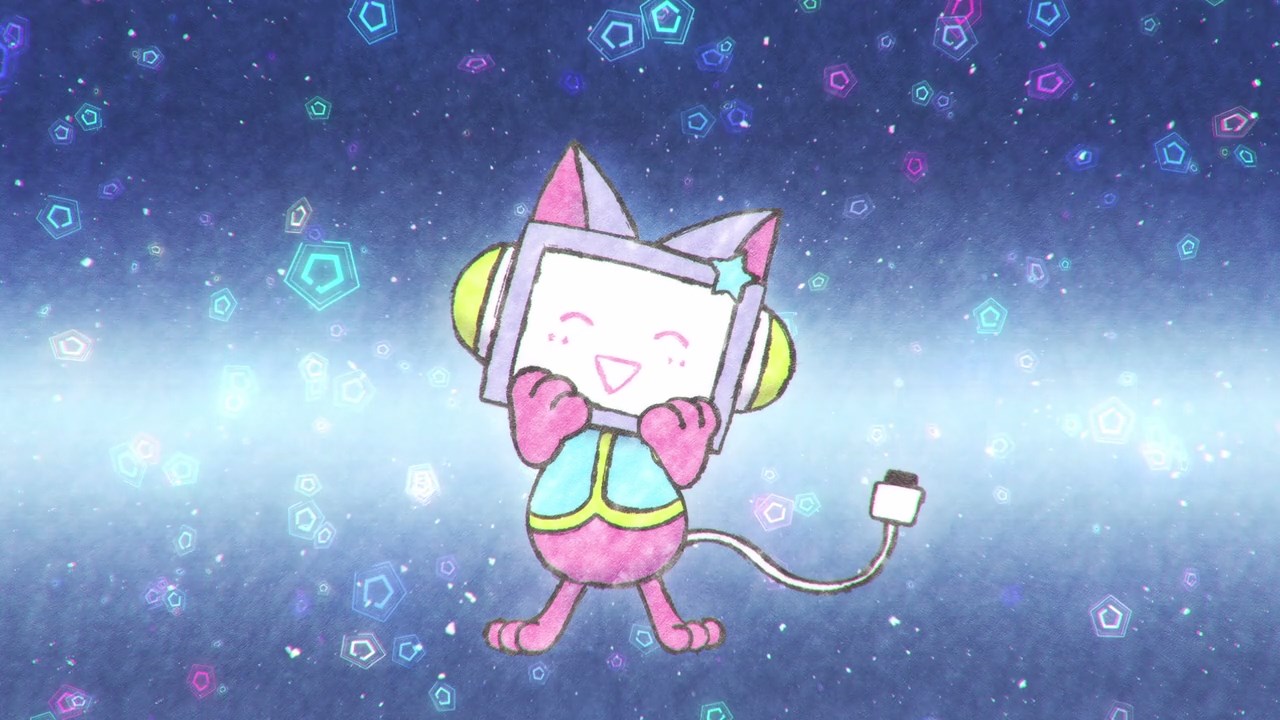 Well, it’s because of this as Rina made a cute avatar. Considering that she doesn’t show emotions in real-life, it appears that Tennouji is comfortable when showing how she feels in the virtual space. 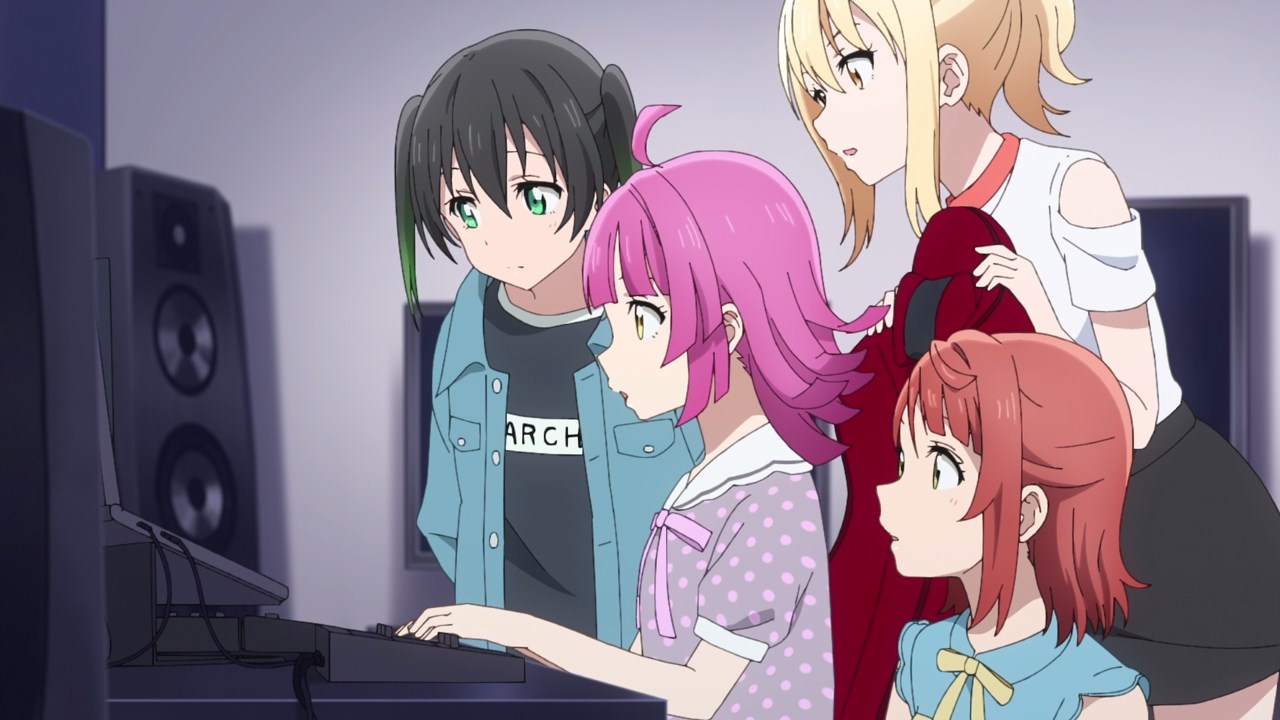 Anyways, it’s time for Rina Tennouji to make preparations for her upcoming concert, but it appears that she does all the work like lighting, motion graphics, everything that needed a PC.

And really, I feel jealous that Rina-chan has a killer production setup. I guess her parents are freakin’ rich, yet I haven’t seen them. 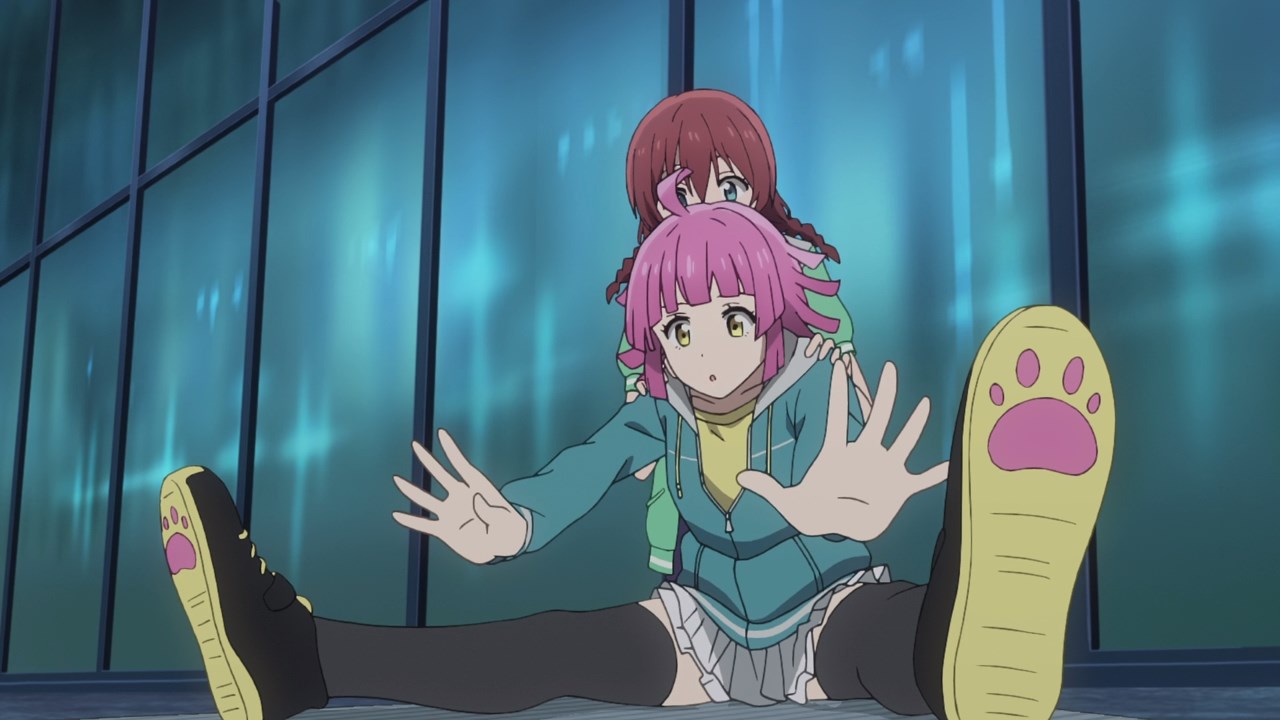 Of course, despite the fact that she’s a genius when it comes to making stunning motion graphics, Rina Tennouji needs to be physically-fit as Rinari’s friends help her by stretching her body and sing at higher notes constantly. 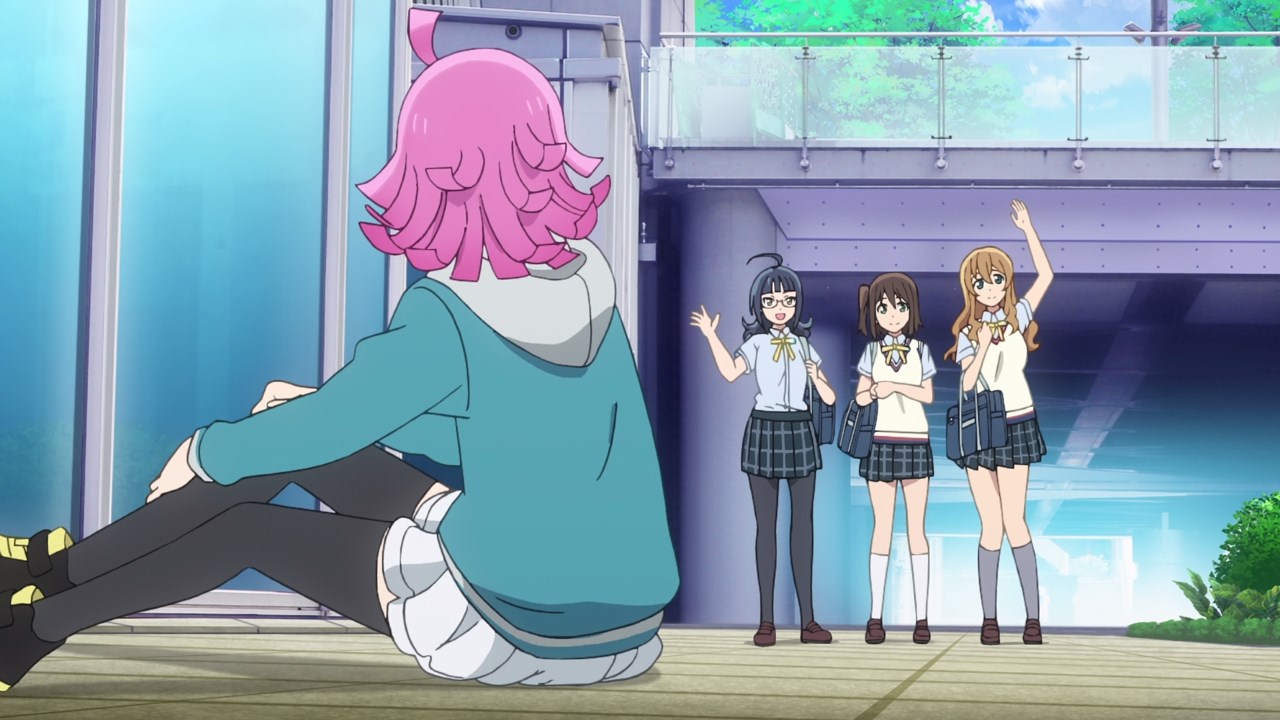 Meanwhile, Rina’s classmates are here to cheer her on but here’s the thing though… Tennouji can’t smile them back. 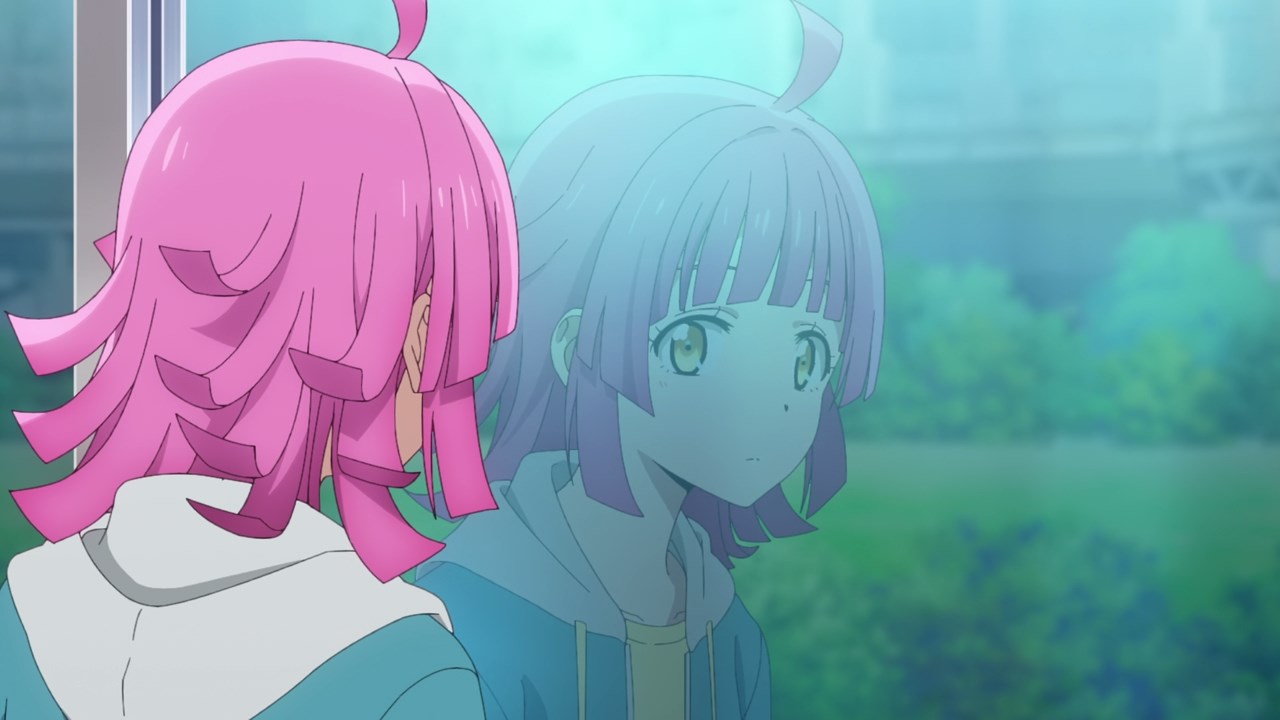 And as you can see, she’s emotionless as Rina looked at her reflection. Seems that despite her efforts to improve herself, Rina-chan still has problems of expressing herself in real-life.

Basically, it’s sad that Rina Tennouji has trouble connecting with other people outside of Ai Miyashita or even the rest of the school idol club. 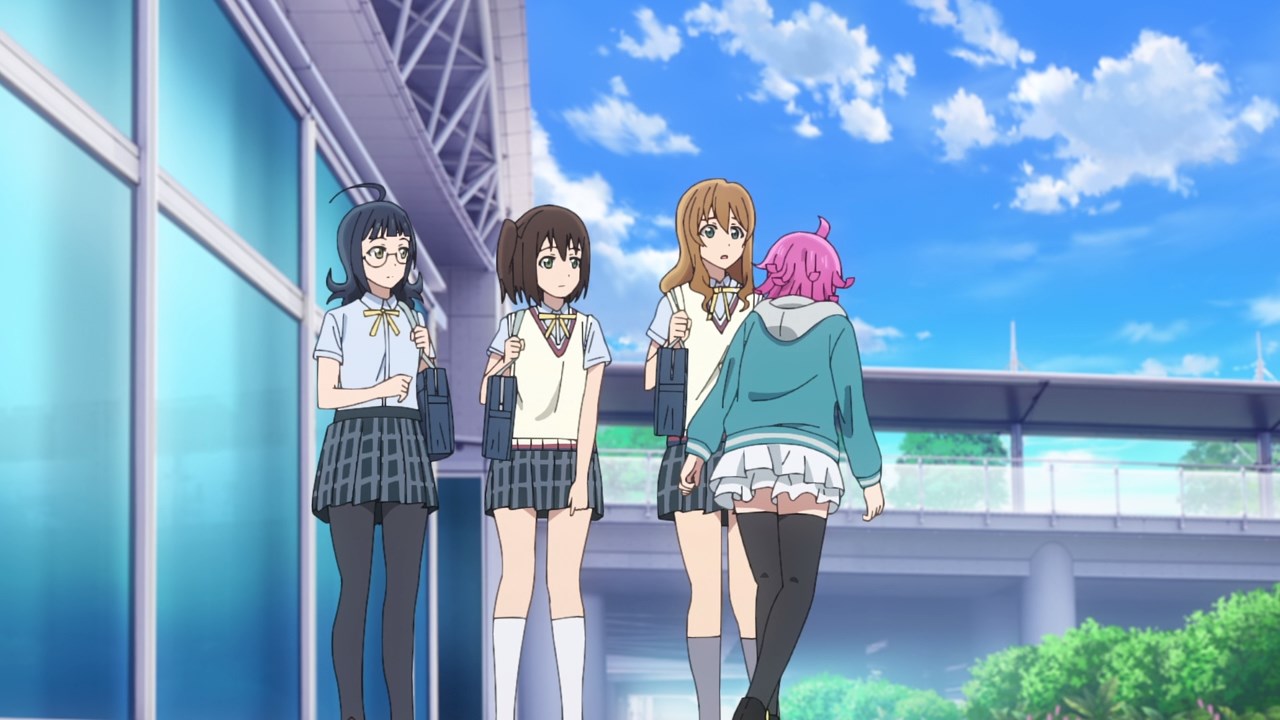 And so, Tennouji decides to leave them… and then she didn’t come to school afterwards. Ugh, I feel that she needs some help from her friends, especially Ai-chan where Rina considers her as a true friend. 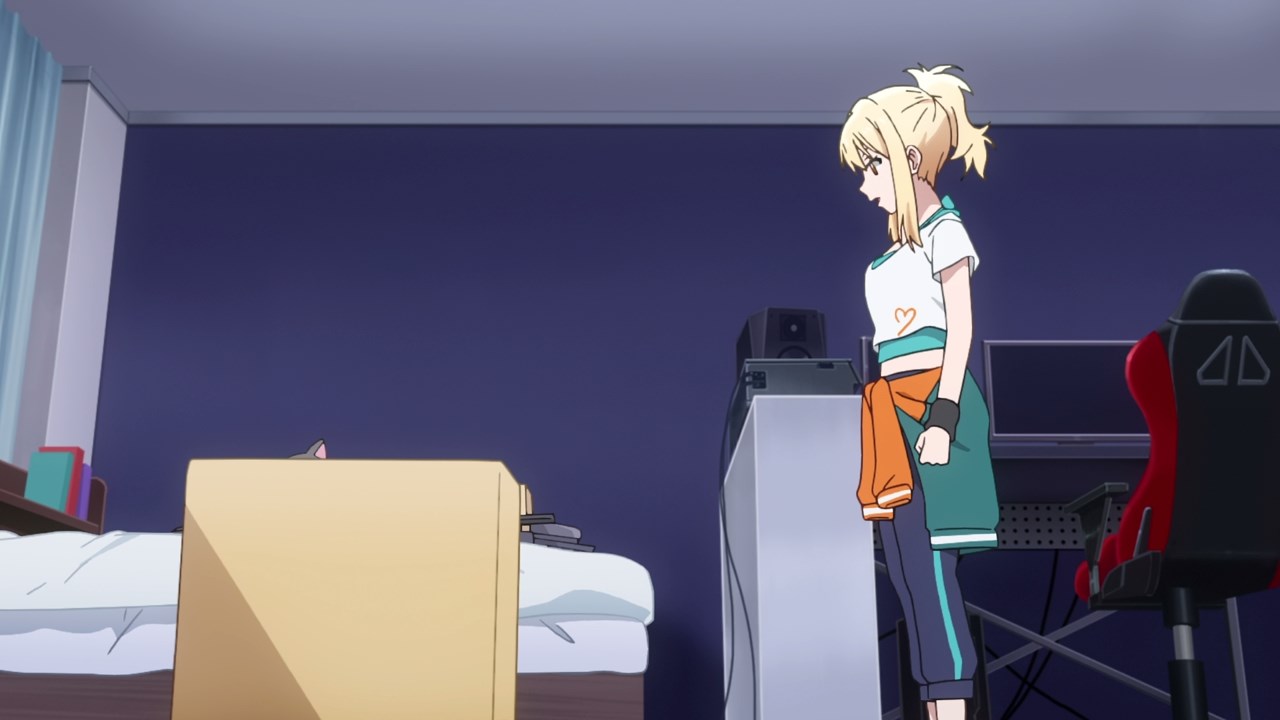 Anyways, Ai Miyashita and the rest of the school idol club went to her apartment where Rina Tennouji is currently coop-up inside a box.

No, she’s not doing a Solid Snake impression as Rinari doesn’t want to face the outside world. I mean, she can’t really show emotions to everyone outside of her cute virtual avatar. 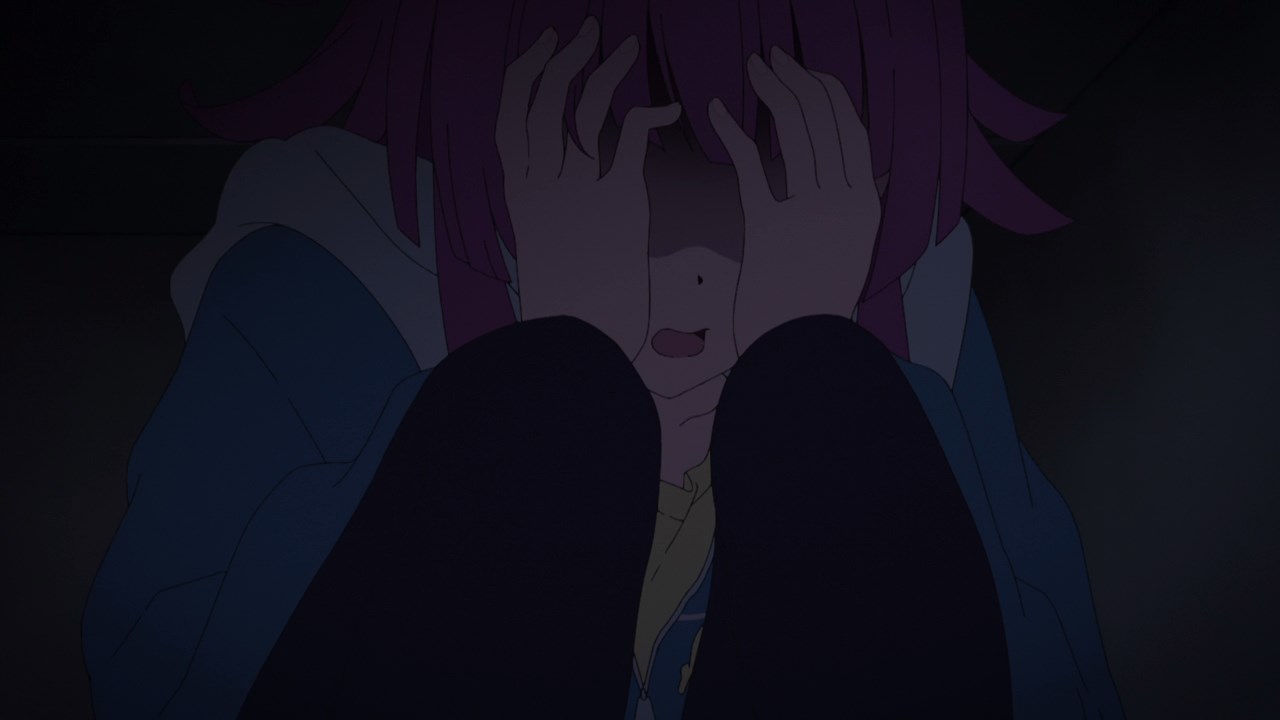 And really, Tennouji is scared of connecting with people because she can’t show emotions. Yeah, this is sad but there’s more to it.

For you see unless you played School Idol Festival All-Stars, the reason for her emotionless face is because Rina’s parents are not there to cheer her up. They may give her expensive gives, but not having their presence makes her very lonely. 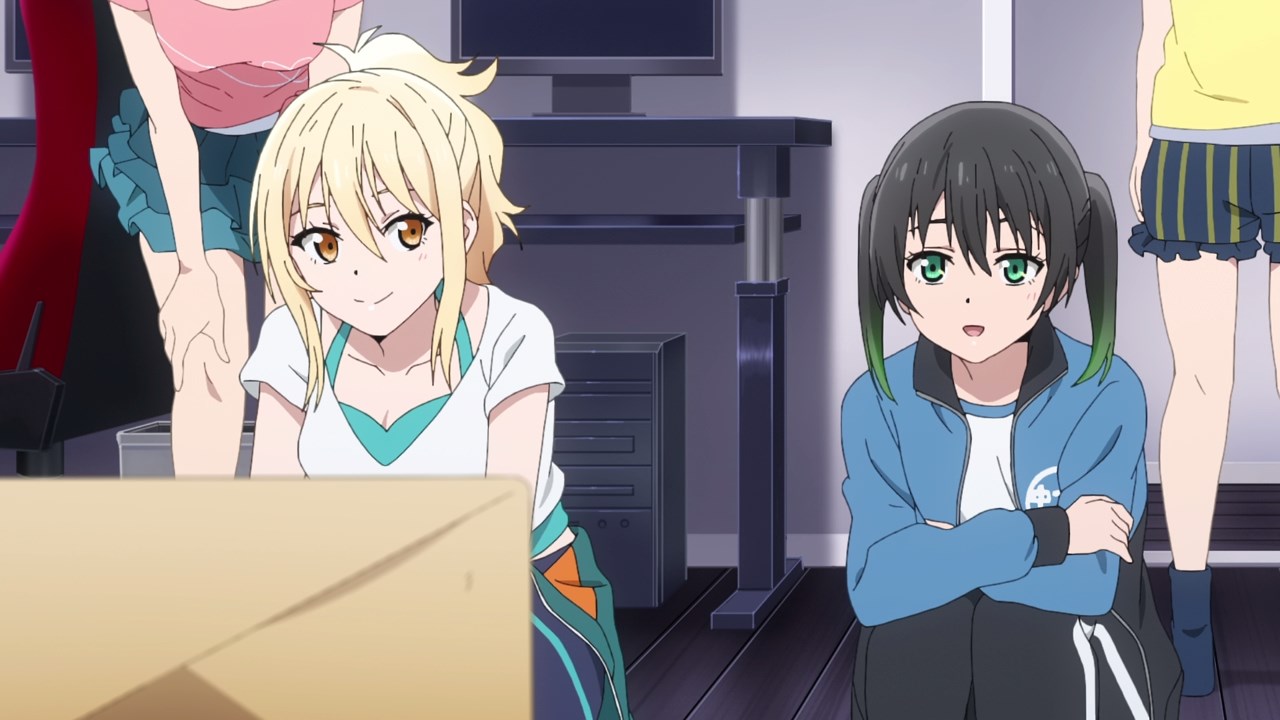 But don’t worry though as Ai Miyashita and the rest are here to support Rinari no matter what. Heck, they might come up with a solution to her problem, especially for the upcoming concert at Joypolis. 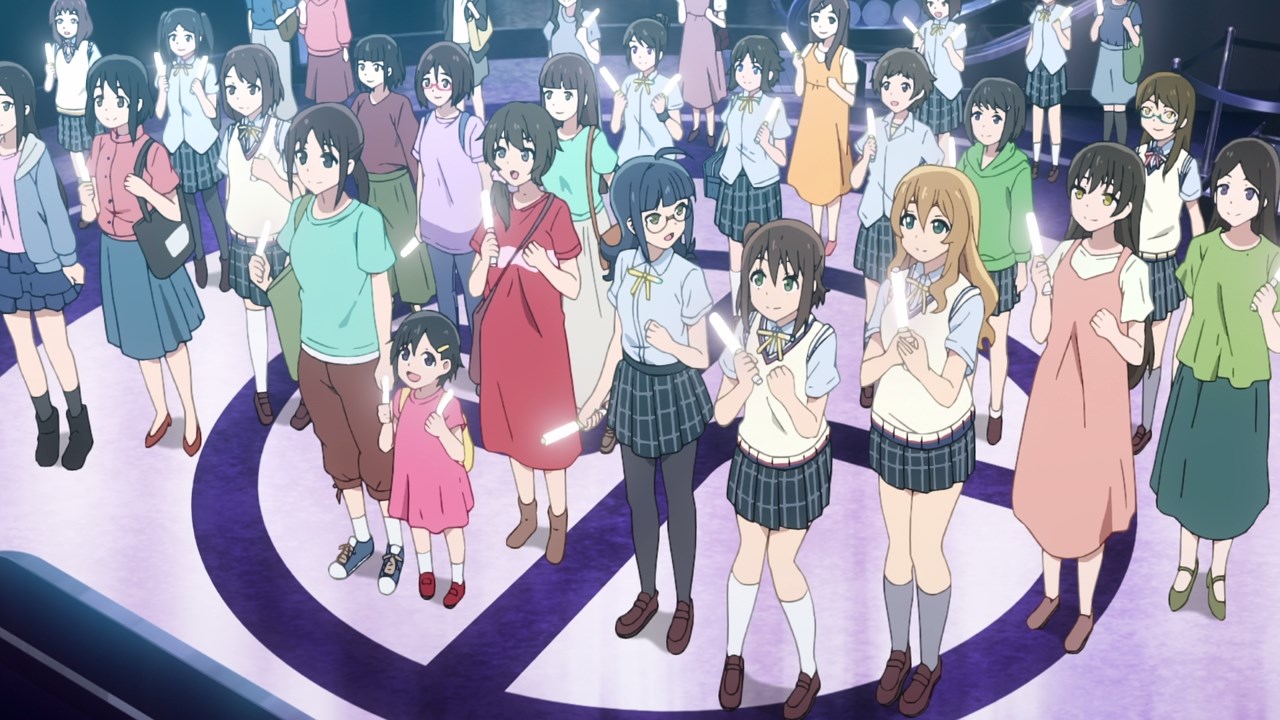 Anyways, it’s time for the concert and everyone is expecting Rina Tennouji to show up. Of course, what’s the solution in regards to showing expressions? 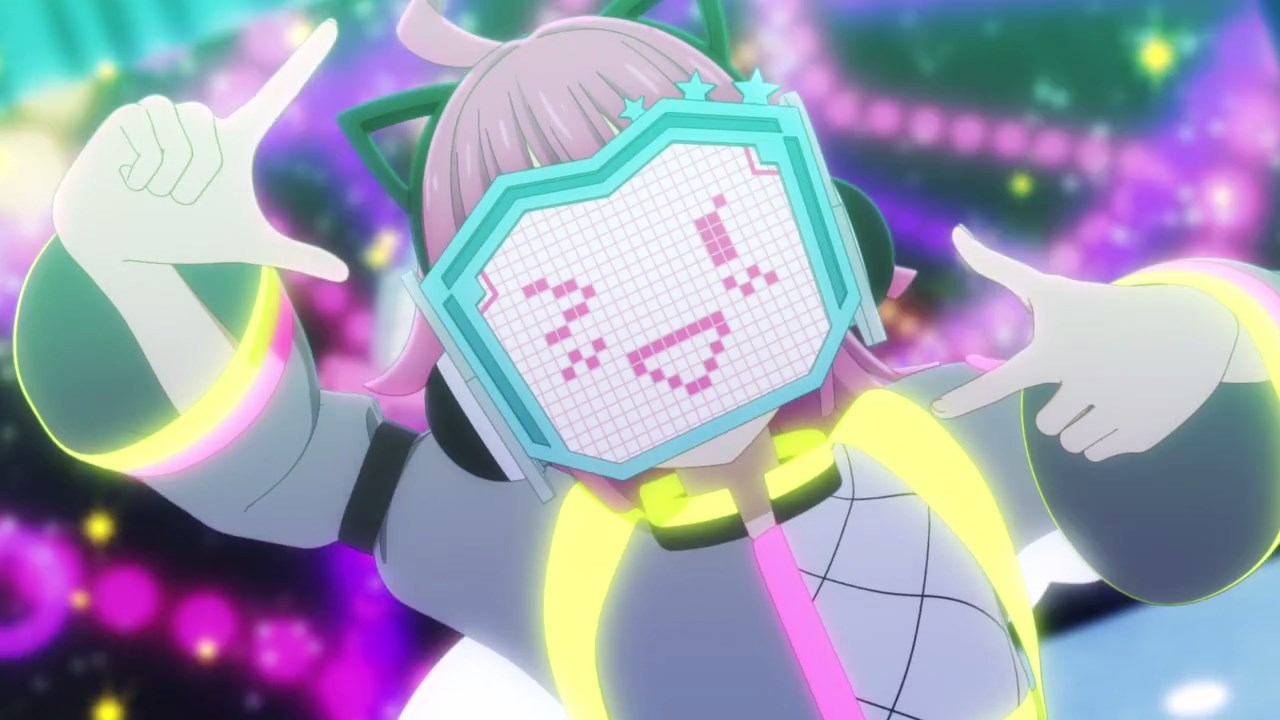 Why not make a face board where Rina Tennouji can make expressions. What a genius move from Rina-chan as nobody saw it coming upon wearing an LED screen as her mask.

Anyways, what a nice performance by Tennouji as her solo concert at Sega Joypolis is a success! 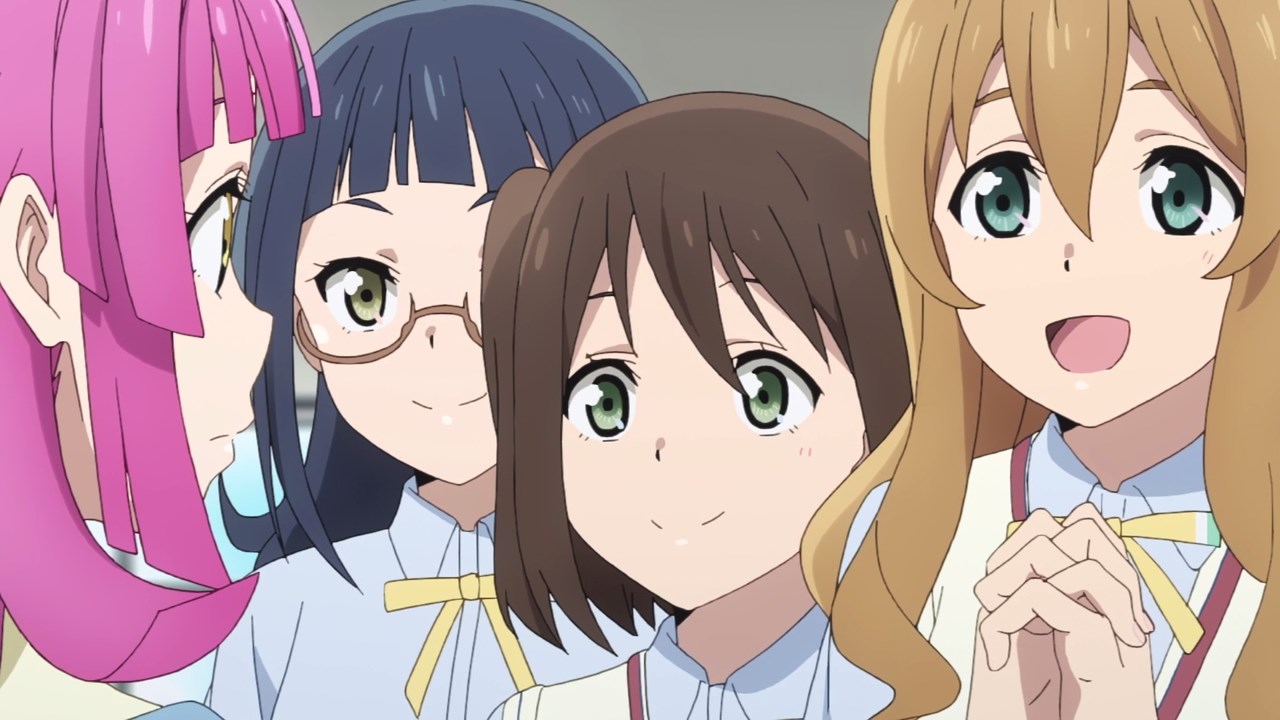 Oh and as for her classmates, they really want to hang out with Rina-chan but she still can’t express her emotions. Oh and not to mention that wearing an LED screen is cumbersome. 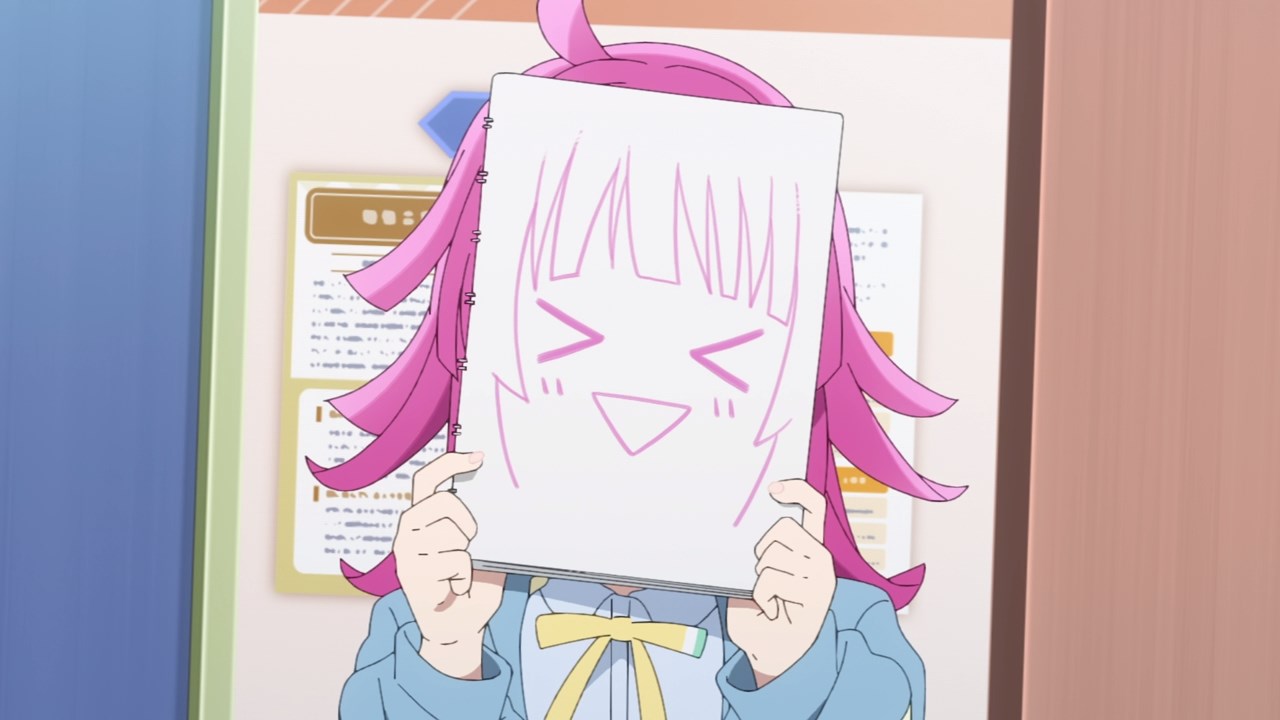 So, she decides to bring out a sketch book where she draws her expressions instead. And thus the legendary Rina-chan Board is born!

I have to say that this episode is truly heartwarming to watch, especially Rina Tennouji where she can finally show her emotions thanks to her friends. Sure that she needs to carry her sketch book at all times, at least Rinari is happy to show how sad or excited she it.

With that said, I’ll see you next time where I can’t wait to see which school idol shall be the main focus.