Posted on November 9, 2020 by benigmatica 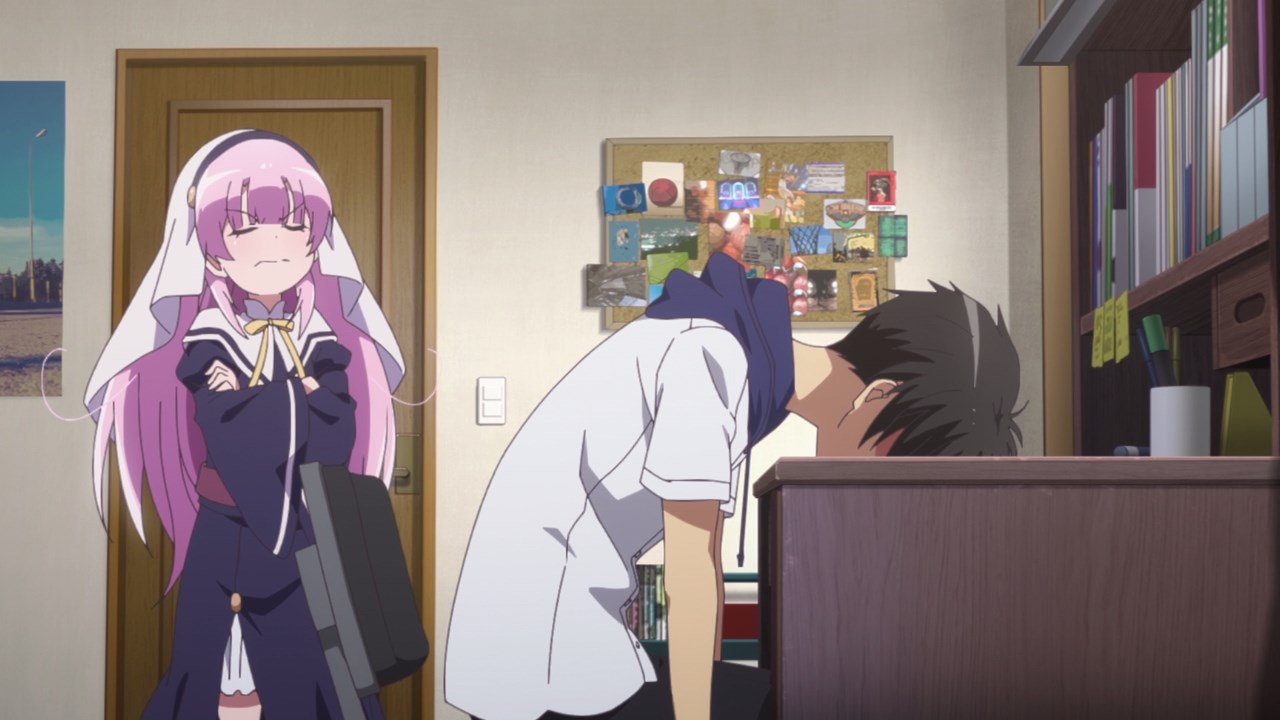 Well everyone, here’s Youta Narukami where he not only didn’t get the girl, but Youta’s dad got mad at him for wrecking his favorite suit from the previous episode.

By the way, the end of the world is scheduled on August 31, which is the end of summer vacation for Youta-kun. 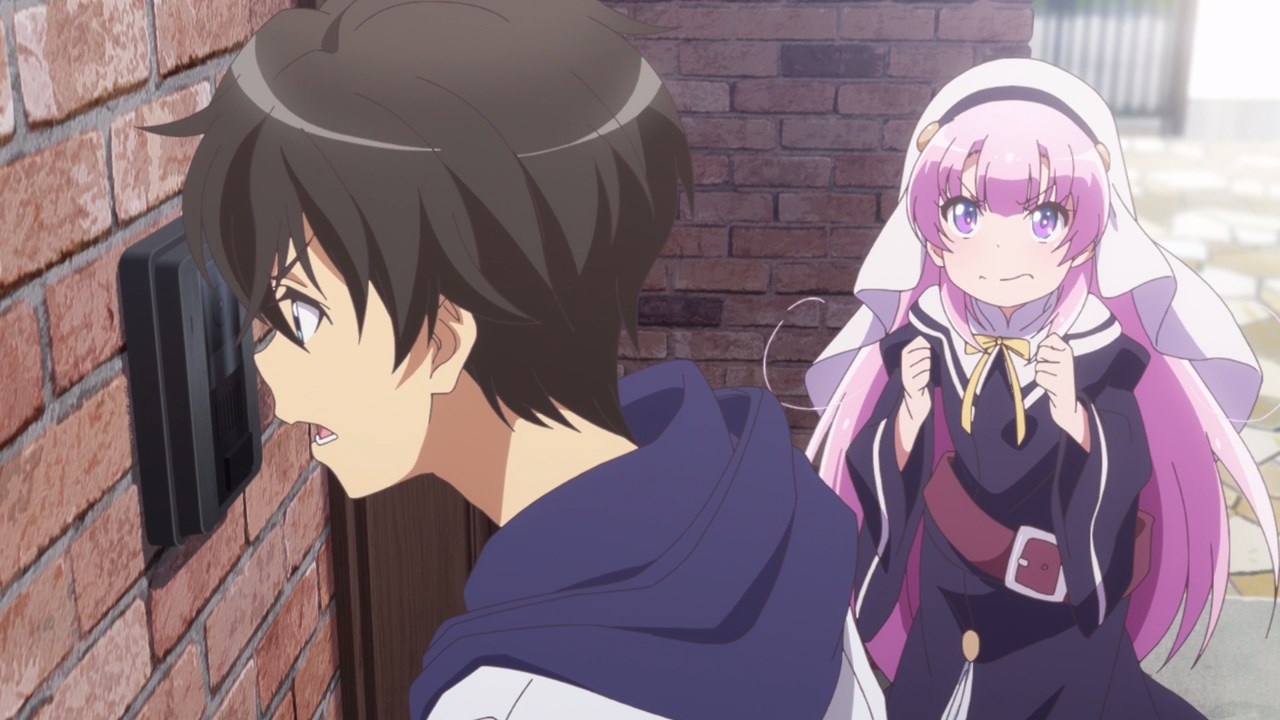 Now then, it’s time for Youta Narukami and Hina Sato to visit the Izanami residence. Then again, Kyouko is not here today but that’s okay for Youta ’cause he wants to meet up with her dad. 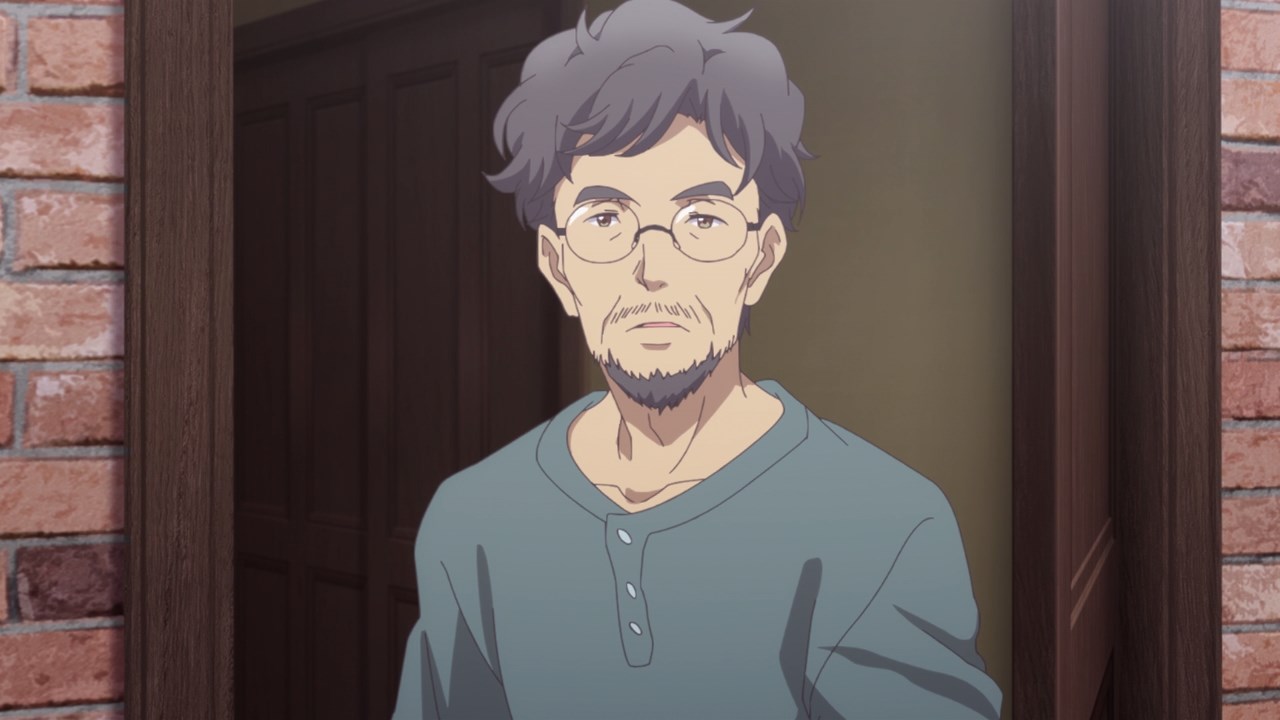 But here’s Kyouko’s father where he works as a translator and he never leaves the house ever since his wife died almost a decade ago.

While Kyouko tries to take him outside to pay respects to her mother, it seems that he can’t leave the house due to his wife’s death… until this episode that is. 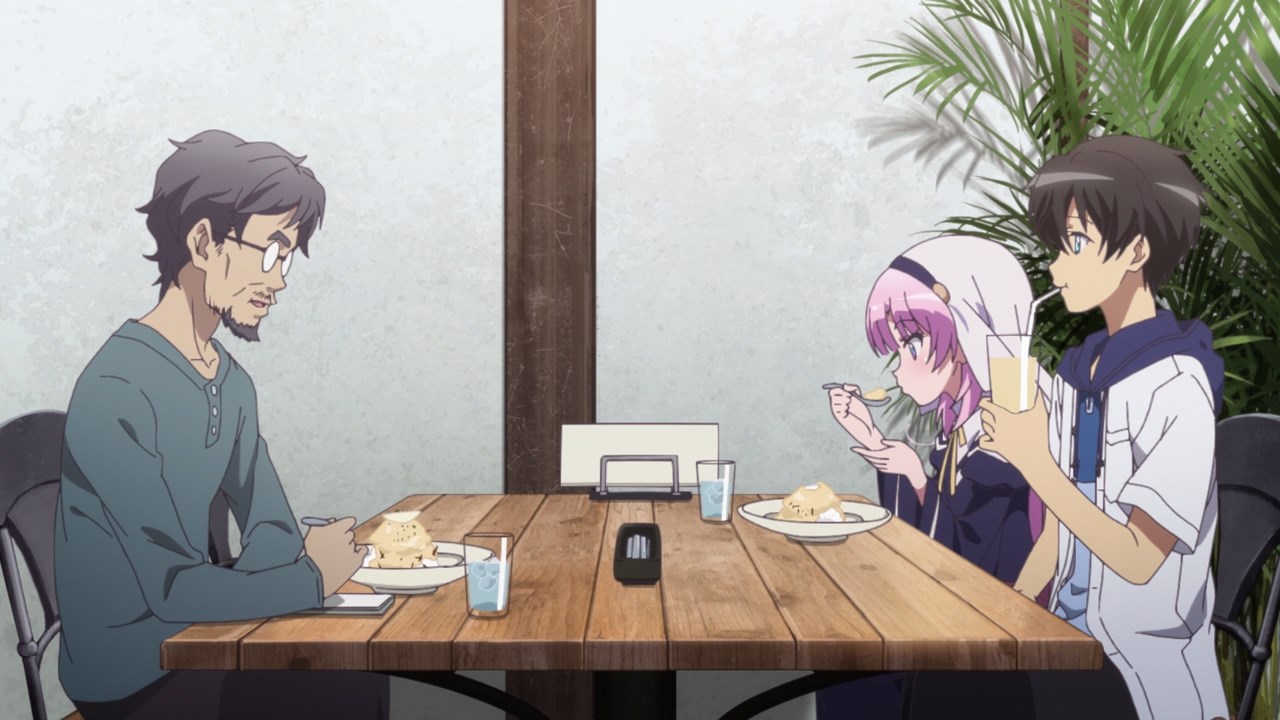 Anyways, Kyouko’s father is surprised that the outside world has changed over the past 10 years or so. Oh, and he got to eat some fancy food after being stuck at home most of his life.

In any case, he told both Youta-kun and Odin about his dead wife where she left various video messages to him and Kyouko, although he refused to watch all of them. 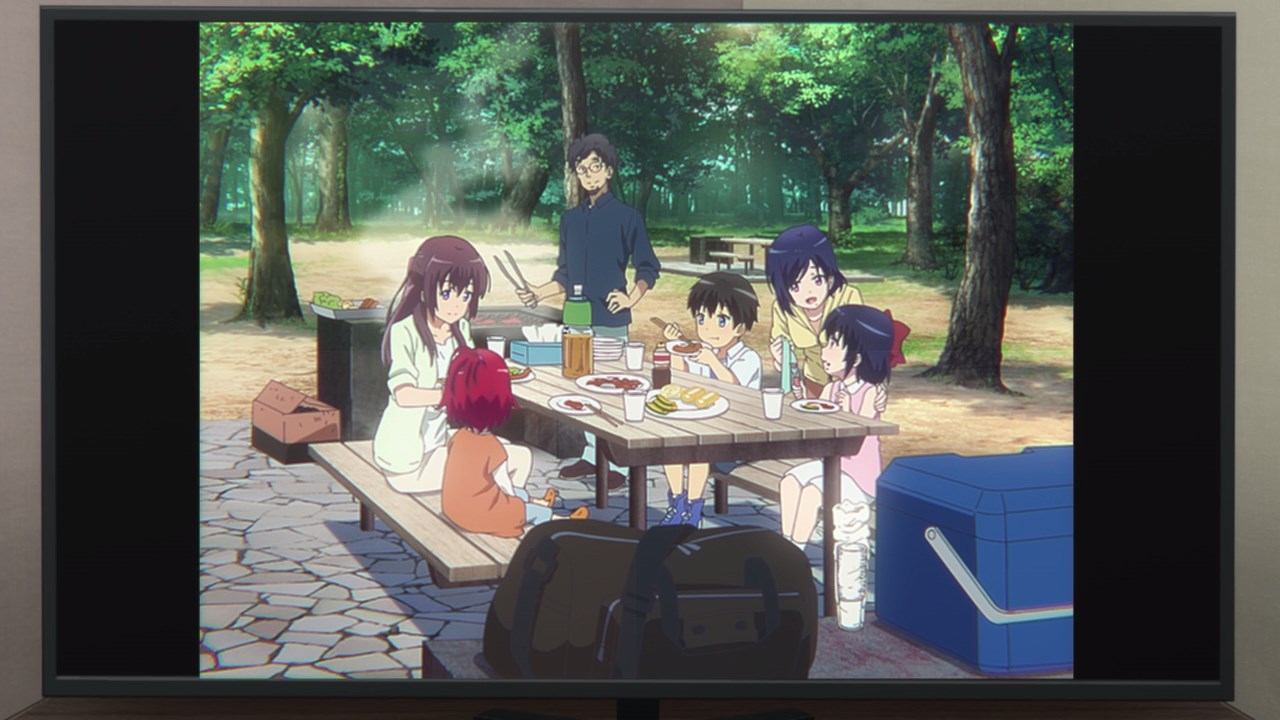 But here’s one family video from the Izanami family and it’s quite interesting to see Kyouko smiling. Although nowadays, Kyouko doesn’t smile anymore since her mother passed away. 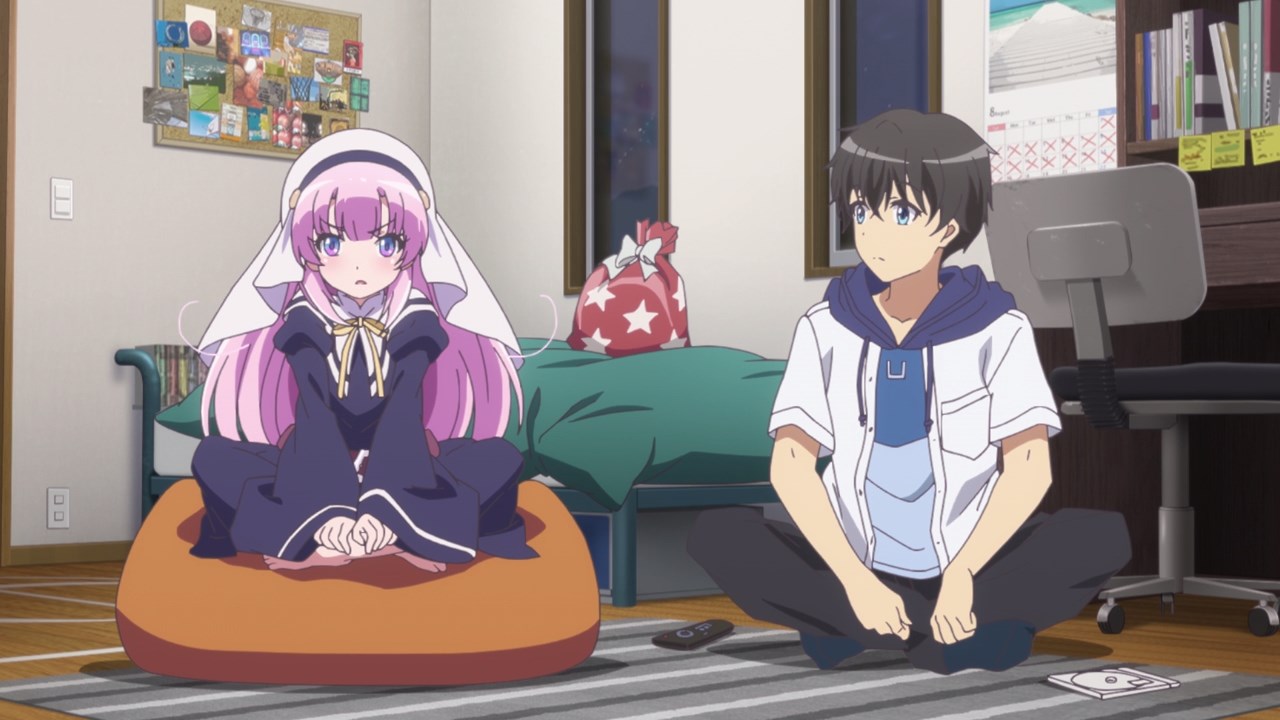 Of course, this gives Odin a great idea of putting some closure to Kyouko’s past as she’s gonna let Kyouko watch those video recordings of her mother. 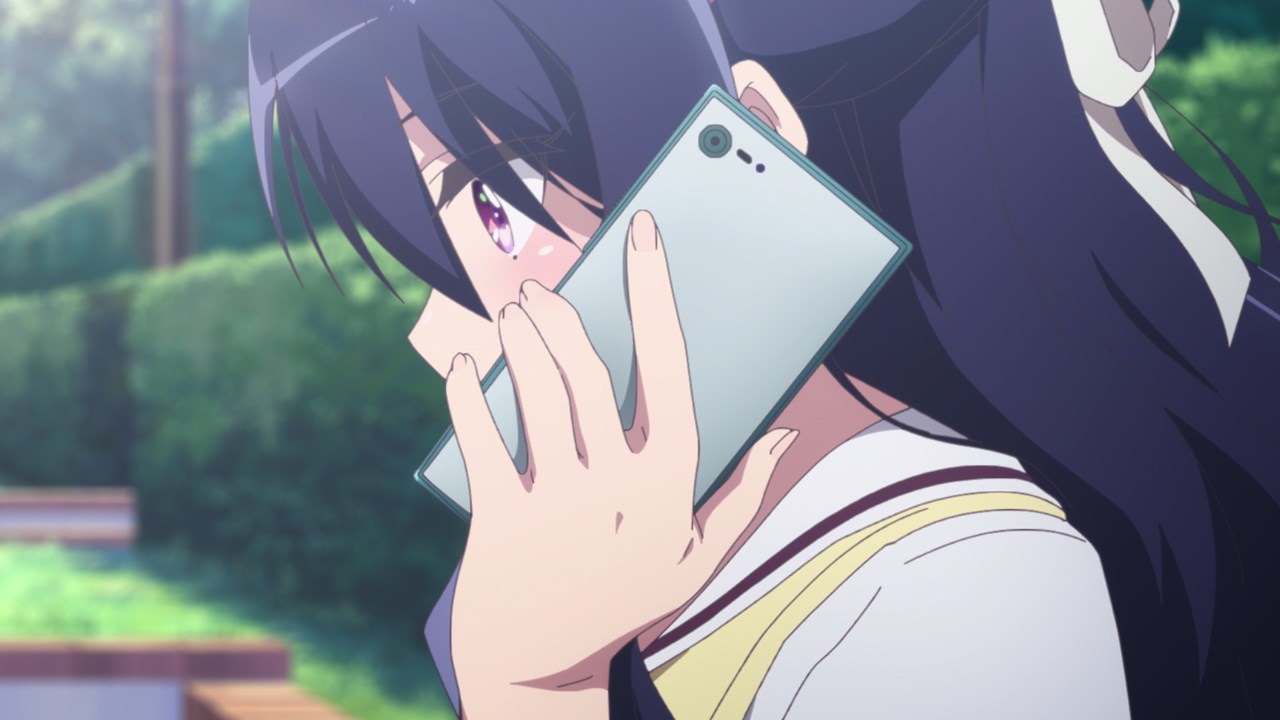 And that’s by calling Kyouko via her smartphone… as Kyouko’s mother. Really Hina-chan, you can’t just imitate her voice like that. What if Kyouko noticed that it was you on the phone?

But anyways, Odin told Kyouko (as her mother by the way) to watch the video recordings of herself. 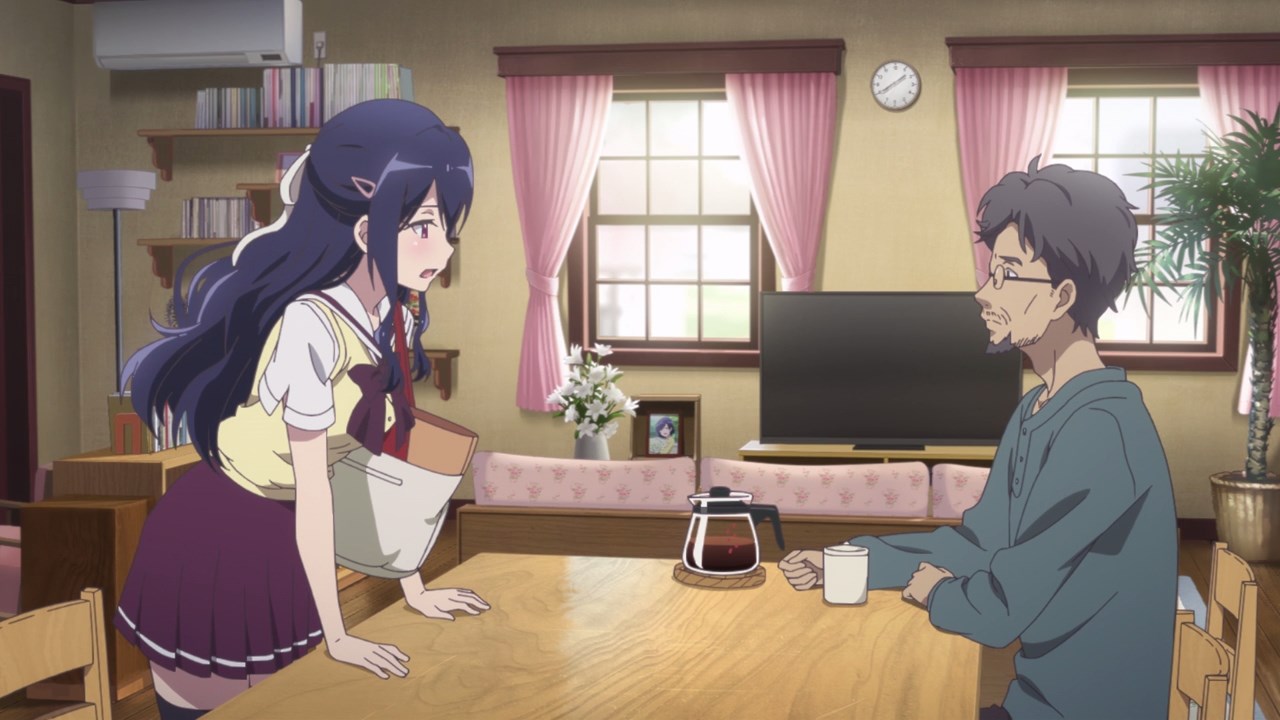 Of course, her father refused to play the recordings as he feared that he can’t face the truth. Regardless, Kyouko wants some closure as she still insists on watching the video recordings of her mother. 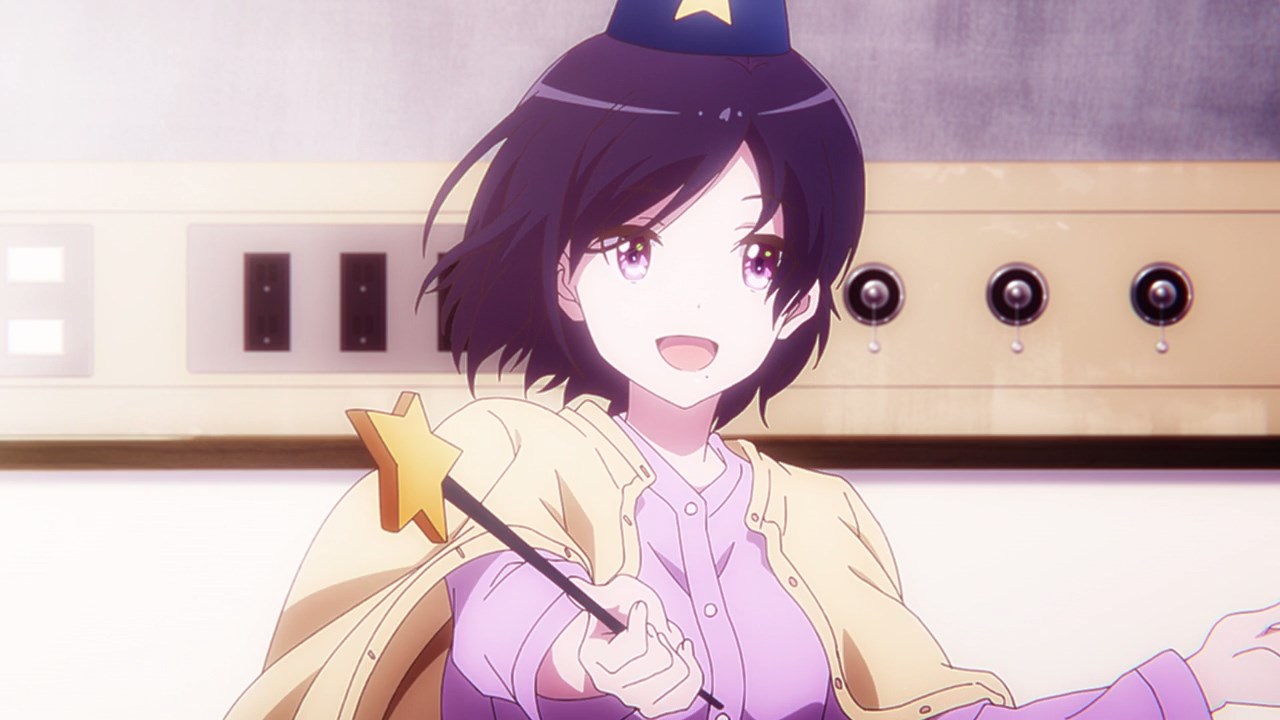 And here’s Kyouko’s mother where she casts a spell onto her daughter and her husband, telling them to forget about her and move on.

You know something, what she said to her family is a bit harsh since there’s no way that Kyouko and her father would forget about her. 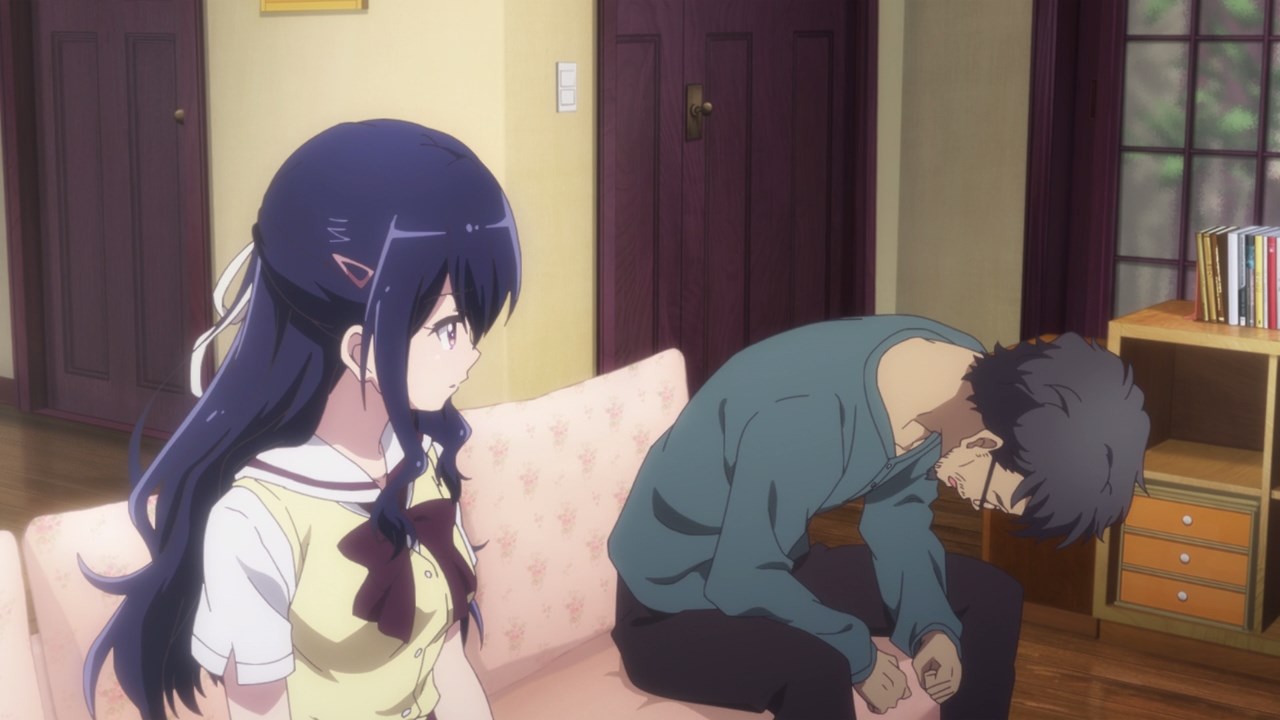 Still, it seems that the final video recording of Kyouko’s mother brought them to tears. Speaking of Kyouko’s father, he still doesn’t want to forget about his wife. 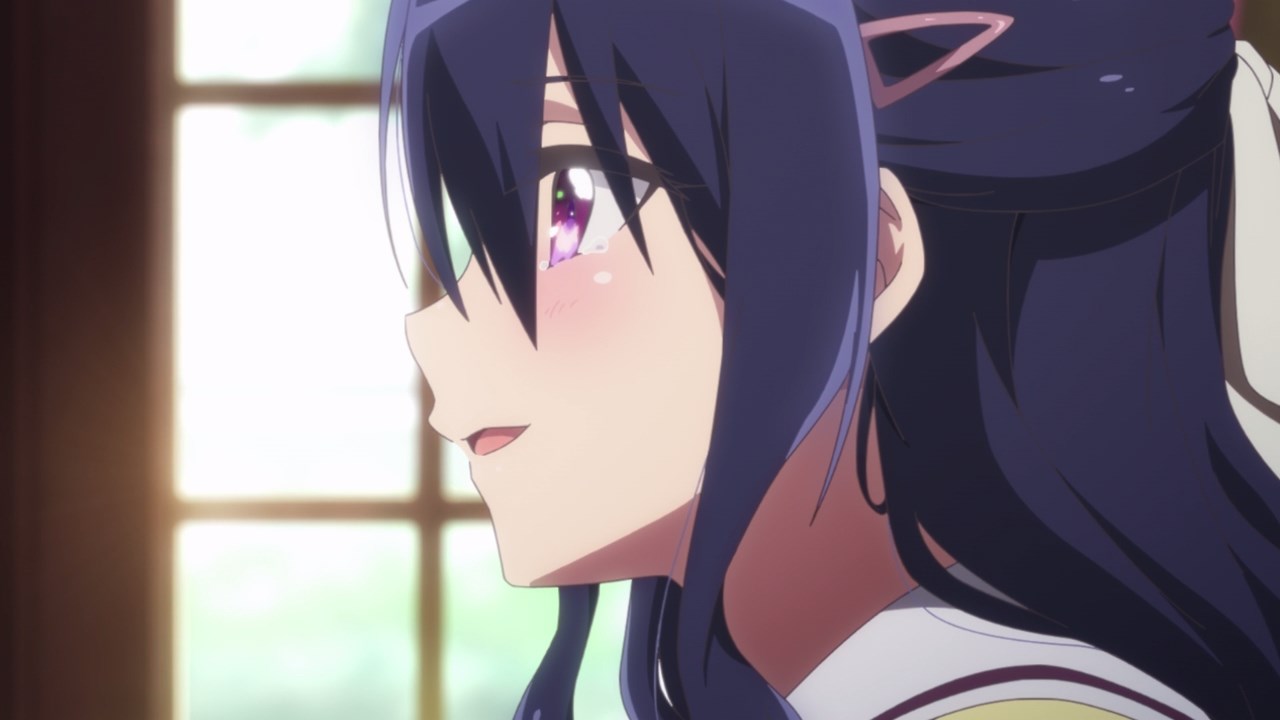 But for Kyouko however, it seems that she finally got closure as Kyouko told her dad to join her on visiting her mother’s grave.

With that said, it seems that Kyouko Izanami has finally regained her smile now that she’s finally moved on from her mother’s passing. Of course, she and her dad will need to pay respects to Mrs. Izanami. 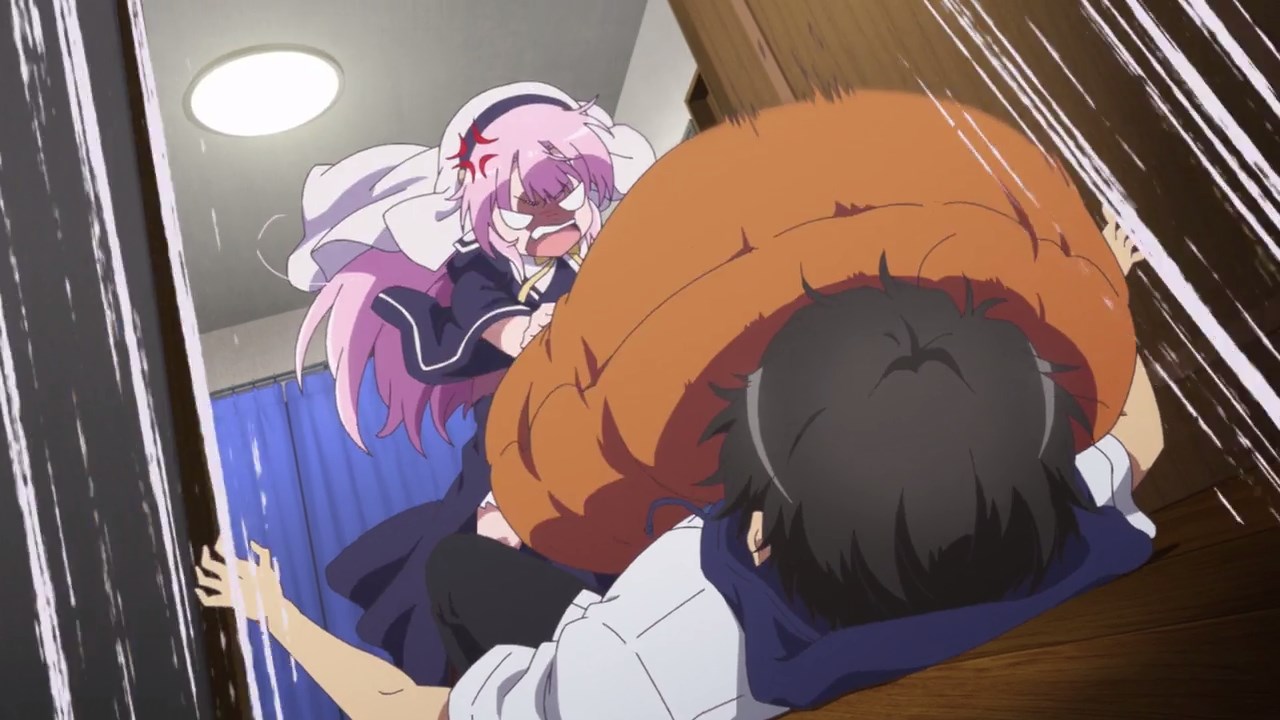 One last thing, looks like Youta failed to take Kyouko as his girlfriend as Hina got angry towards him. Still, there’s like a few days left before the end of the world so Youta has some chances to hook up with Kyouko before it happens.

Well then, that’s about it for this episode and man, watching it makes me sad as Kyouko’s mother wants her family to move on instead of being stuck in the past. Anyways, see ya next time!