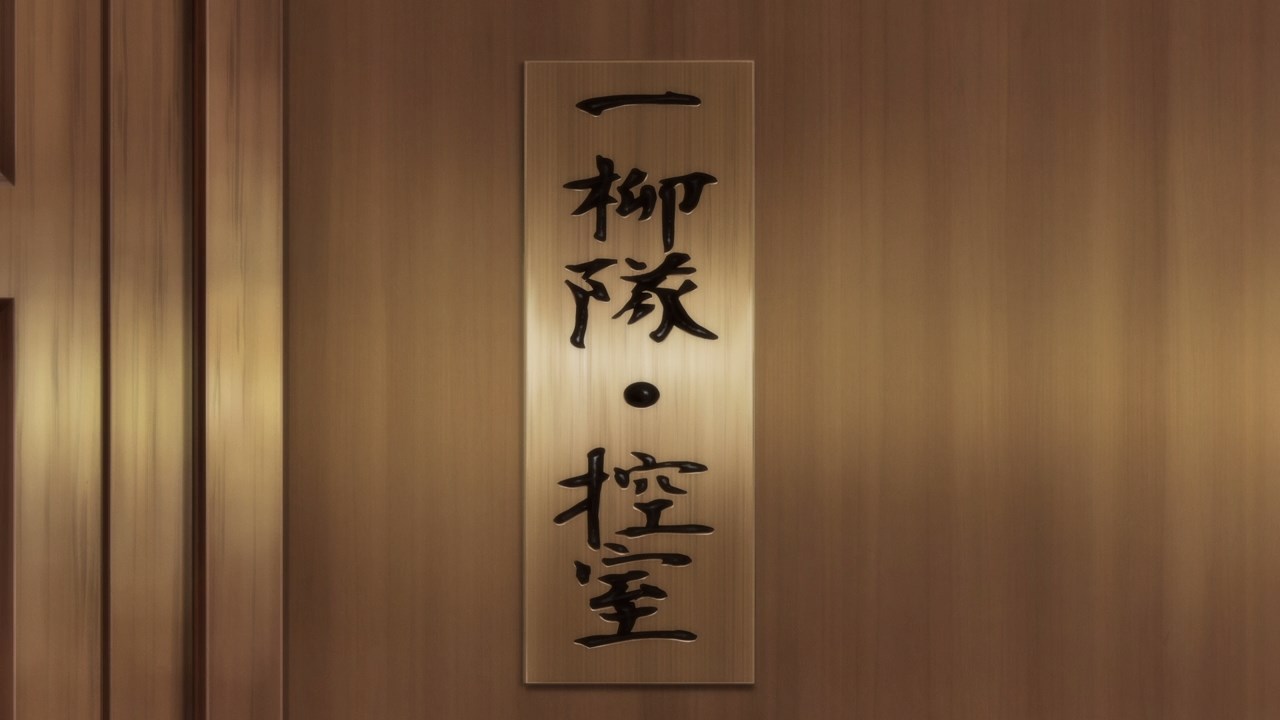 On this episode, a new legion is formed which is called Hitotsuyanagi-tai.

Originally, it was named Shirai-tai but it soon changed to its current name because it was Riri who build her own legion. 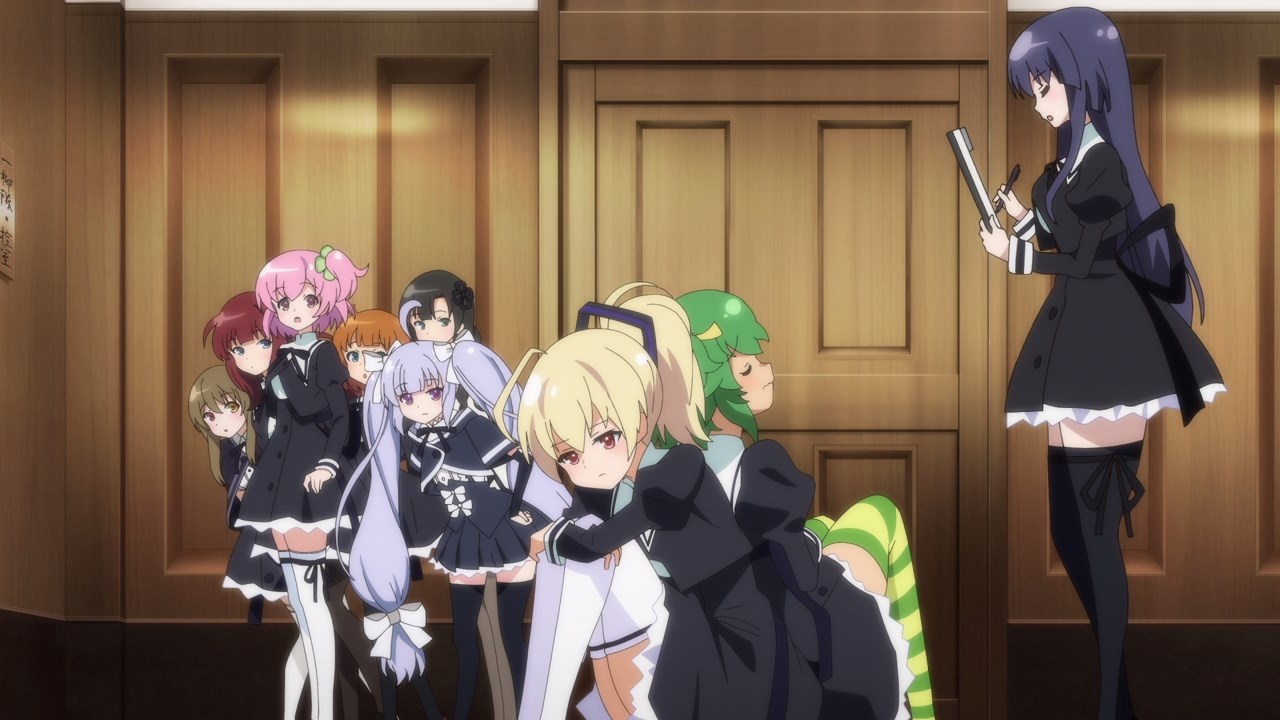 Of course, Riri Hitotsuyanagi is still a greenhorn Lily that Yuyu Shirai will continue to train her until Riri can fight on her own… or stop Yuyu from losing control again. 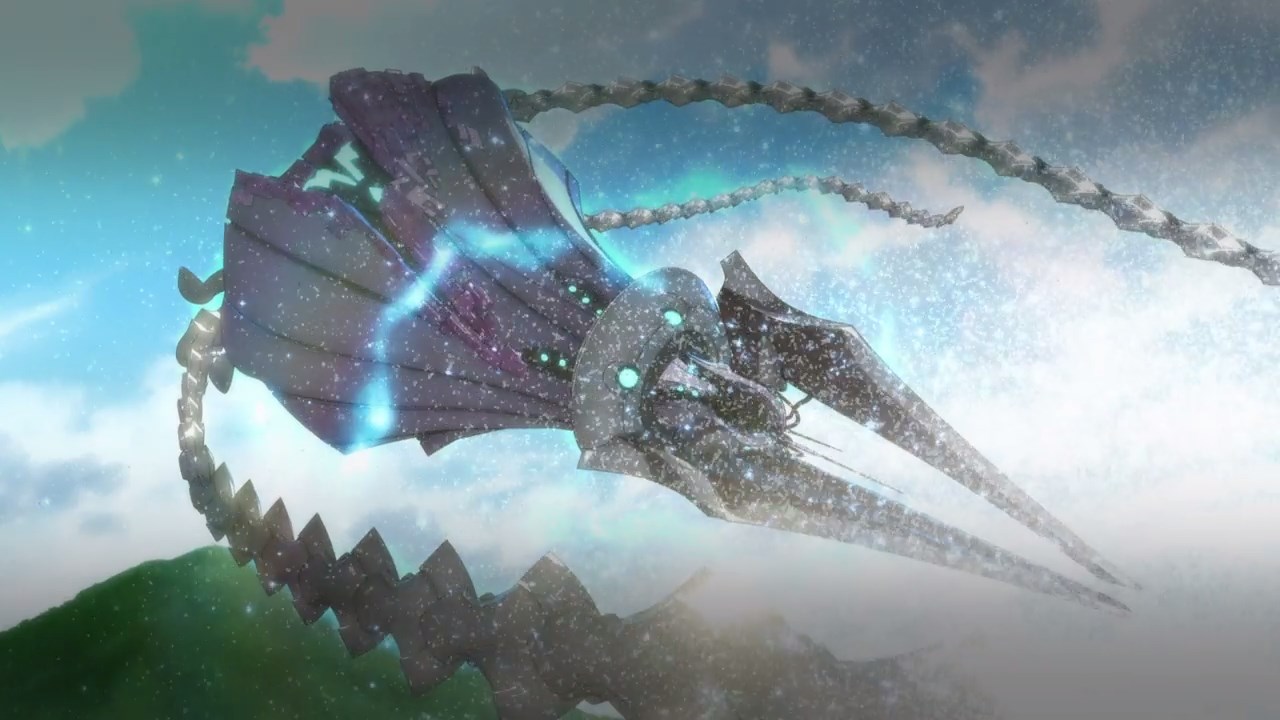 Now then, here’s another HUGE where it’s gonna attack Yurigaoka Girls’ Academy again. Unfortunately, Hitotsuyanagi-tai will just observe the battle as Alfheim will take care of it. 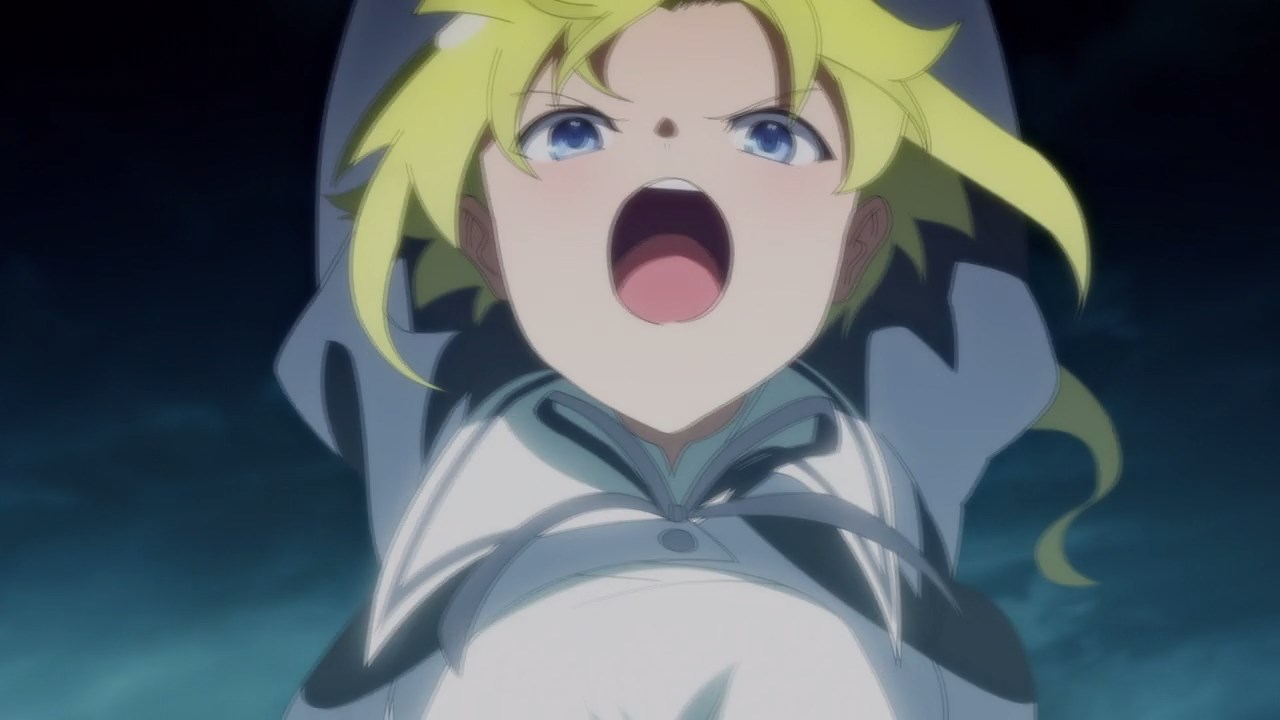 And here’s one of the Lilies from Alfheim as Soraha Amano will destroy the HUGE using the Neunwelt Tactic, which is combining all powers across 9 Lilies into a single attack. 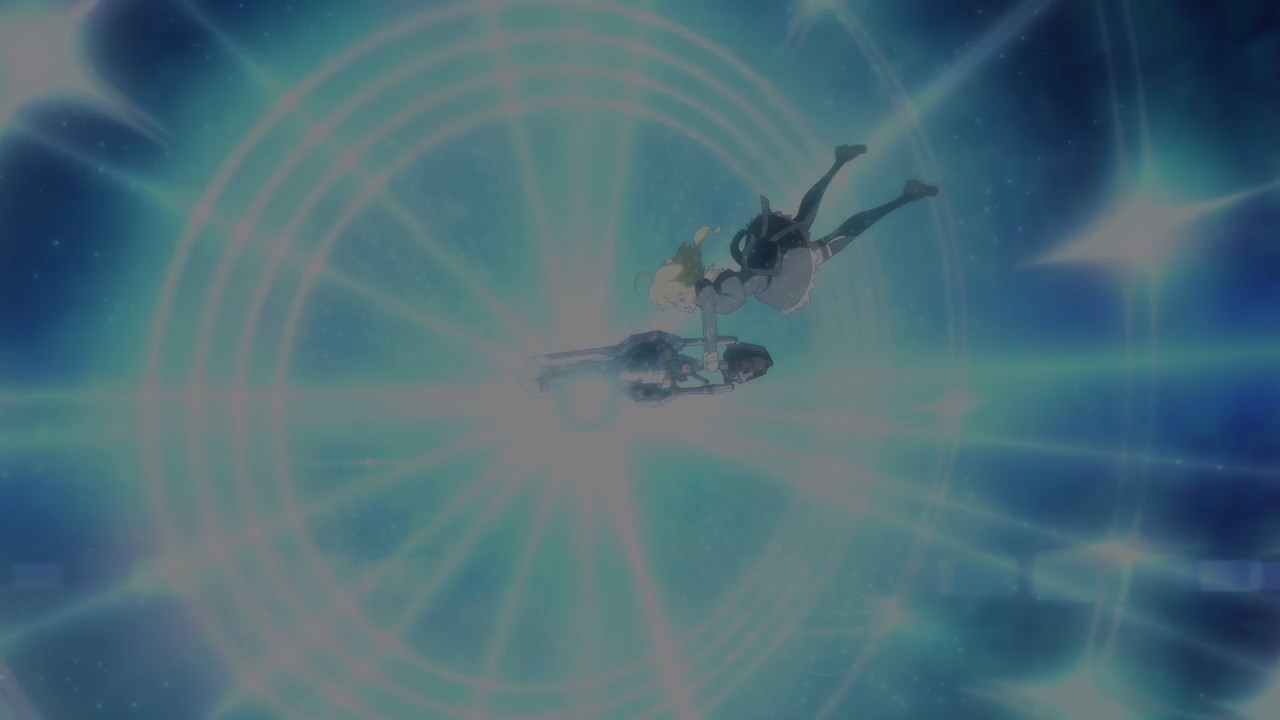 But here’s Soraha delivering the Neunwelt Attack against the HUGE. But it seems that their attack might fail to destroy it. 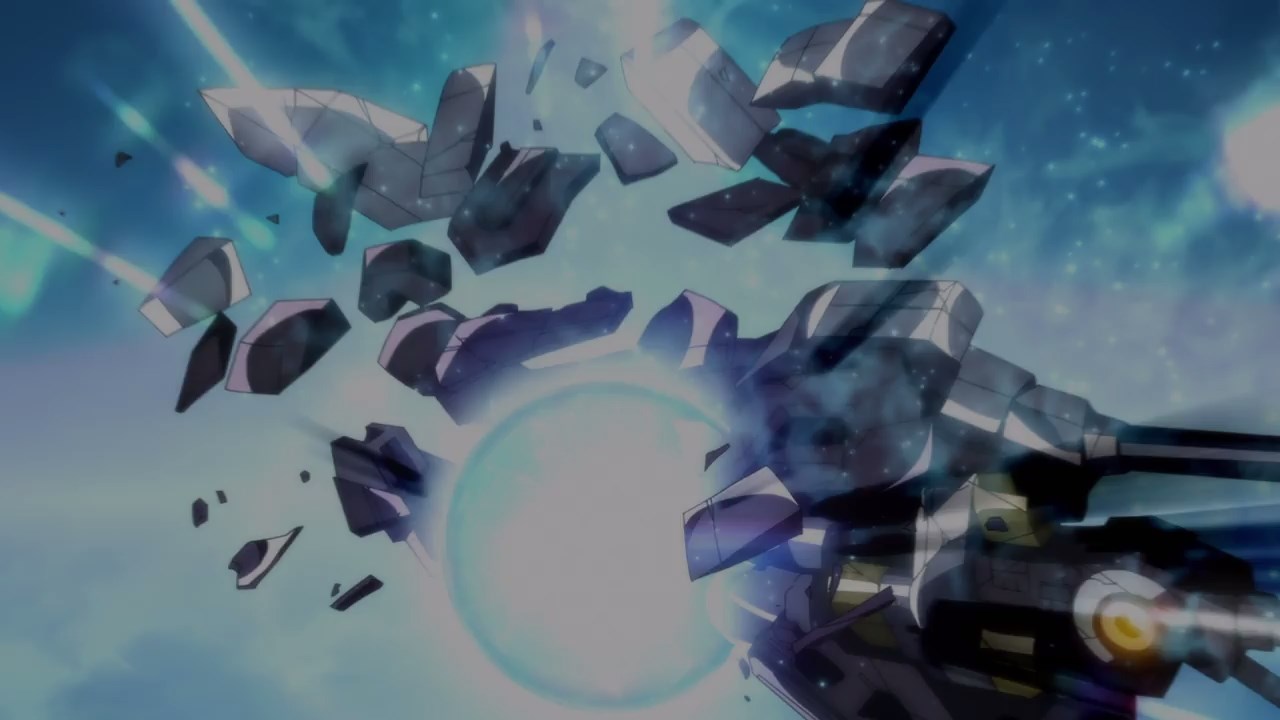 Oh and not to mention that Soraha’s CHARM got wrecked that Moyu Mashima will have to painstakingly fix it or forge a brand-new one.

Looks like she and the rest of Alfheim will have to retreat as they failed to destroy the HUGE. 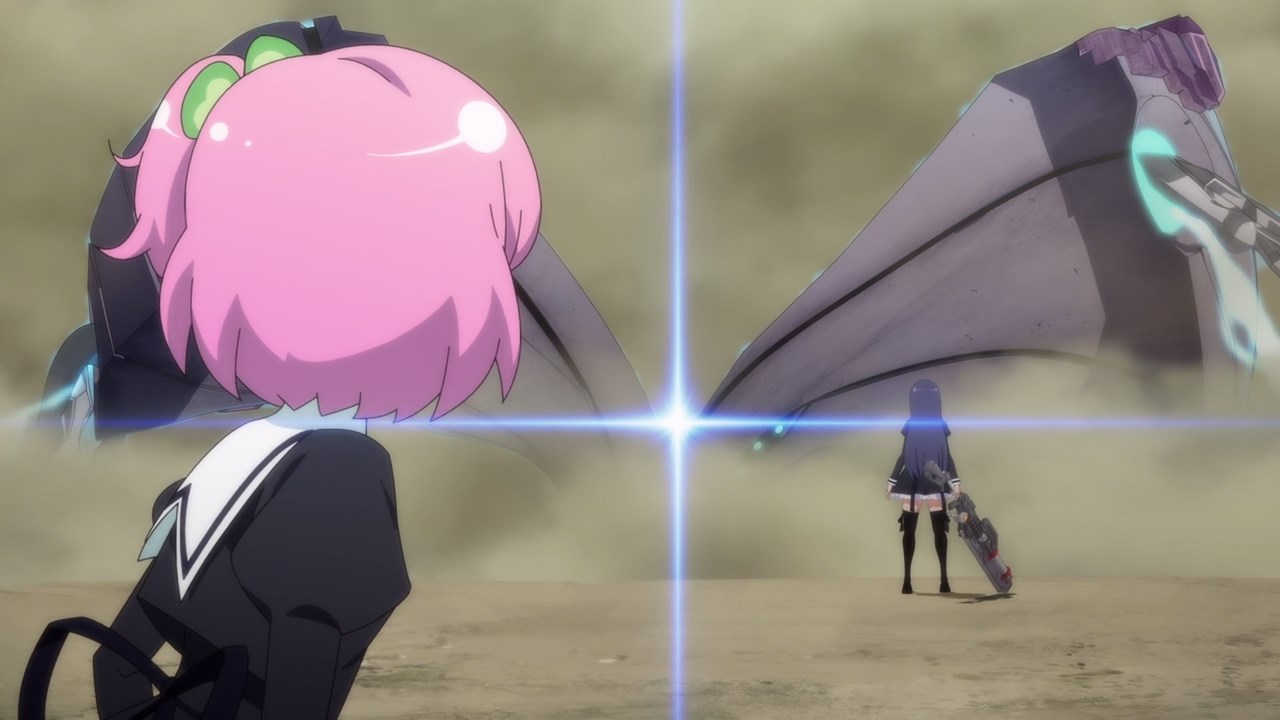 Speaking of that HUGE, it turns out that it’s actually a Restored, meaning that this enemy is quite hard to crack and possibly killed some Lilies along the way. 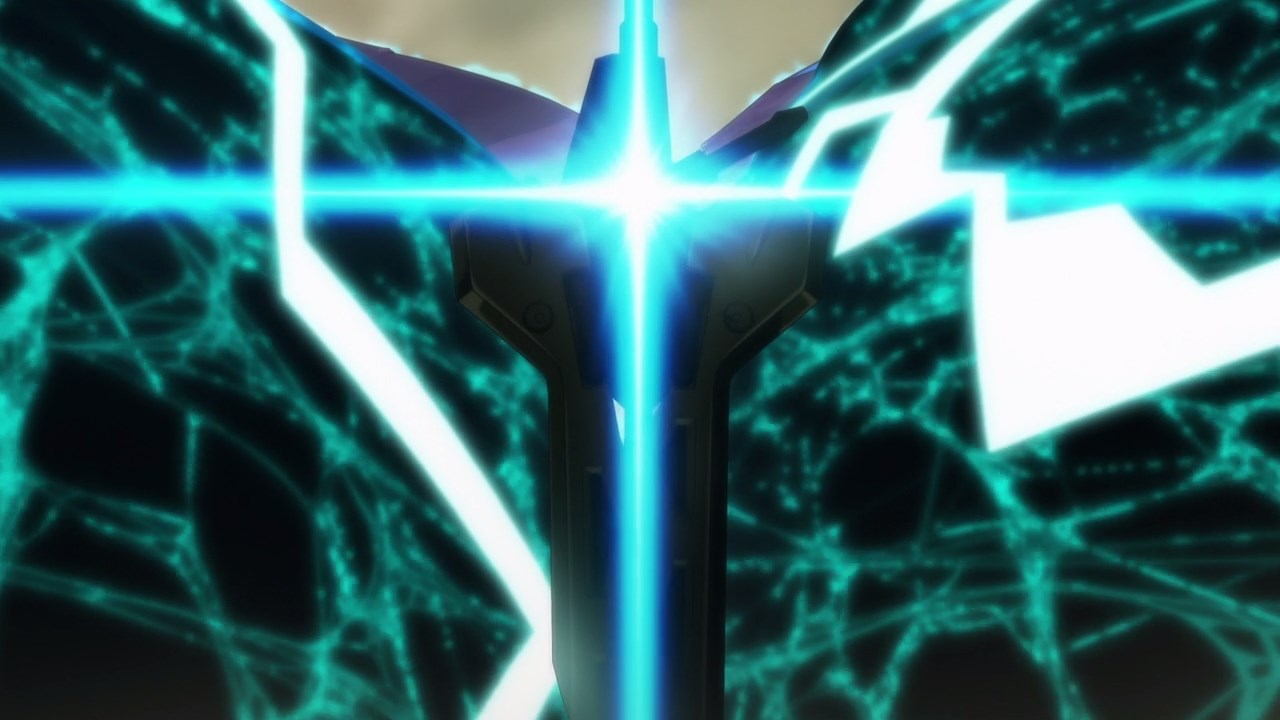 Oh yeah, there’s more to this Restored HUGE as it has Yuyu Shirai’s CHARM Dáinsleif, which she use it to kill Misuzu Kawazoe on that fateful day. Seriously, is the enemy trying to trigger her trauma? 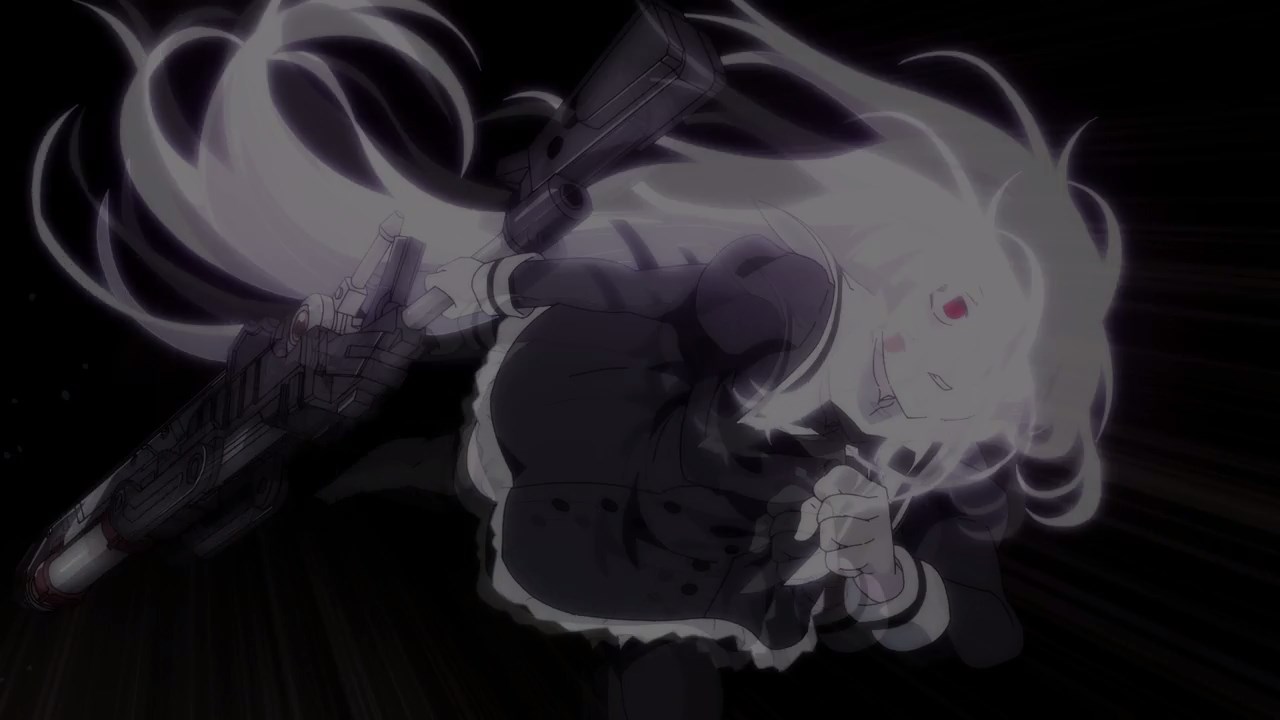 In any case, Yuyu activated her Lunatic Trancer where she’s gonna kill the HUGE recklessly. Of course, she might get herself killed. 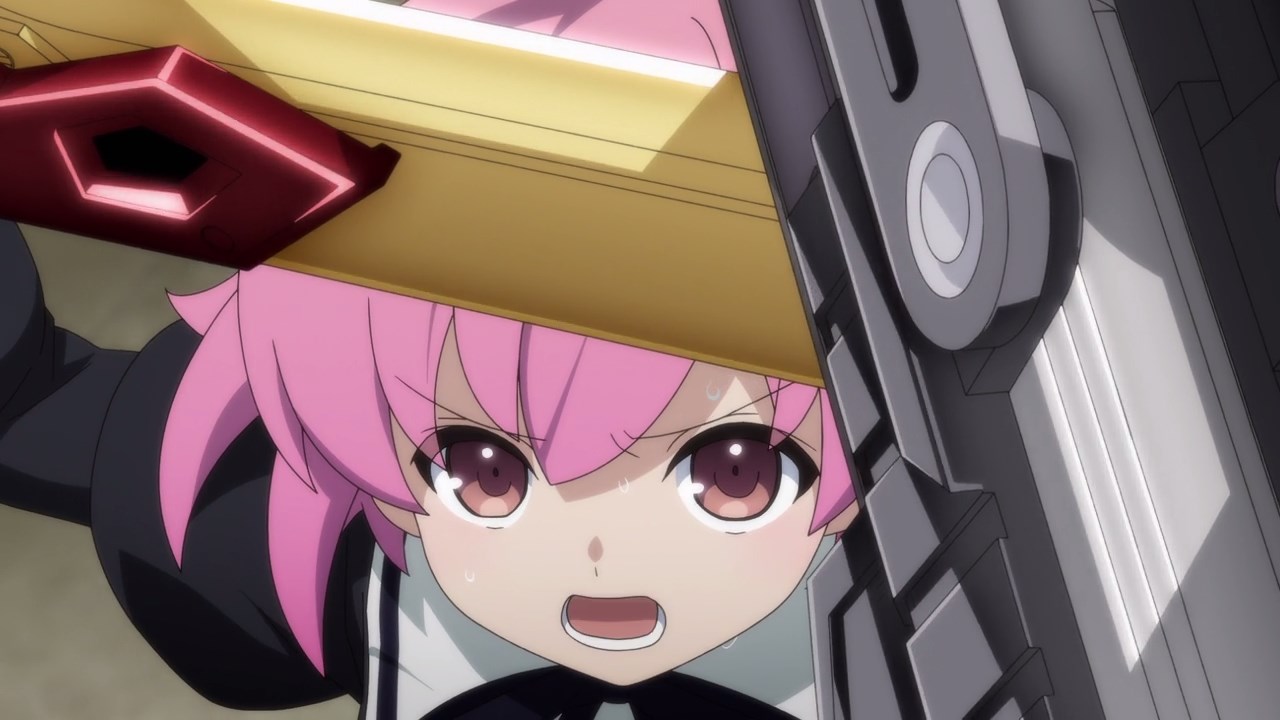 That’s until Riri Hitotsuyanagi stepped in to save her Schutzengel from killing her teammates and wrecking the entire school, although I’m worried that her CHARM might get broken. 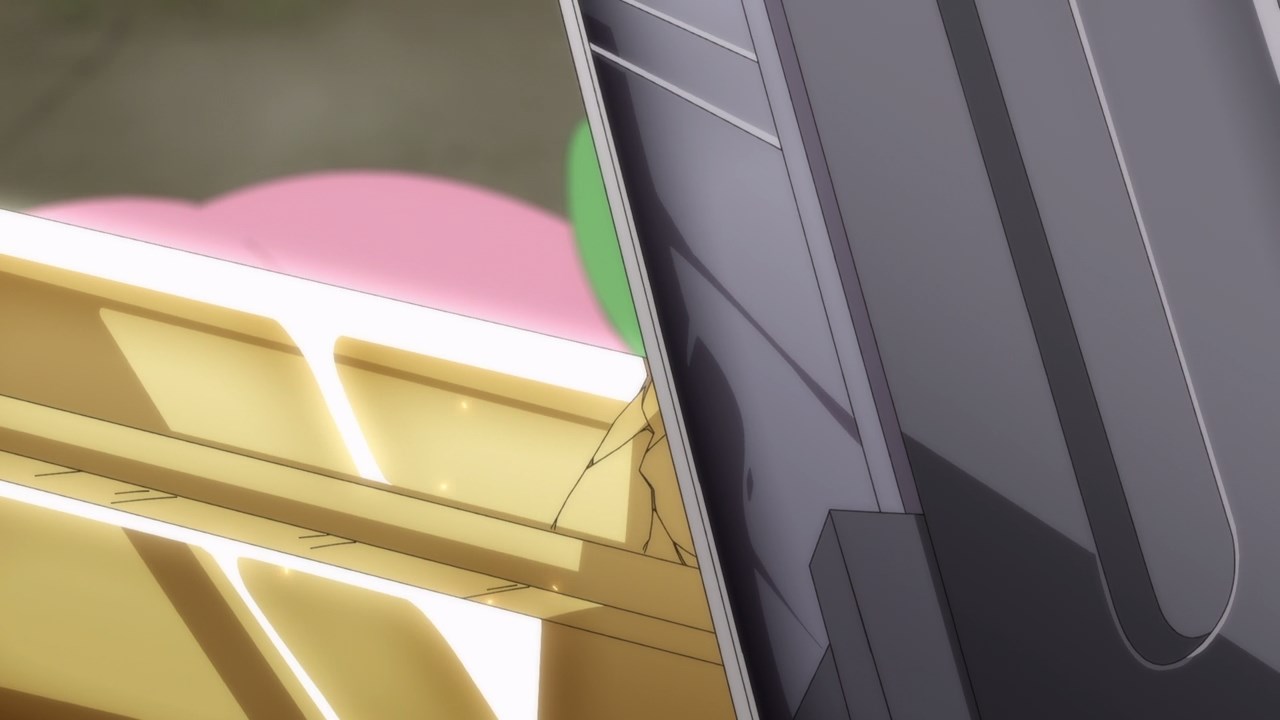 And speaking of Riri’s CHARM, it got cracks upon stopping Yuyu’s attack. Looks like Moyu Mashima will get busy fixing her CHARM later. 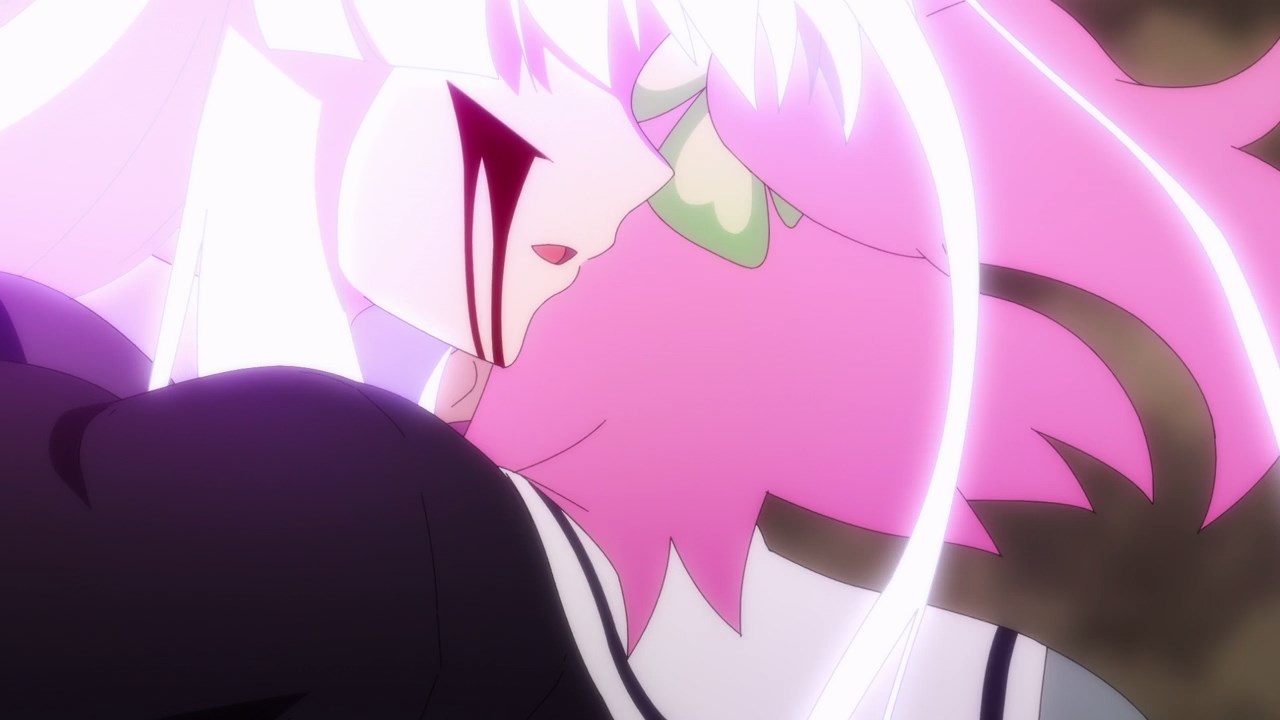 But anyways, Riri managed to calm Yuyu-sempai by hugging her. C’mon, it’s the only way to calm Shirai down when she’s in Lunatic Trancer mode.

By the way, there’s something that I need to tell you about the Lilies and its relationship with their sworn enemy. 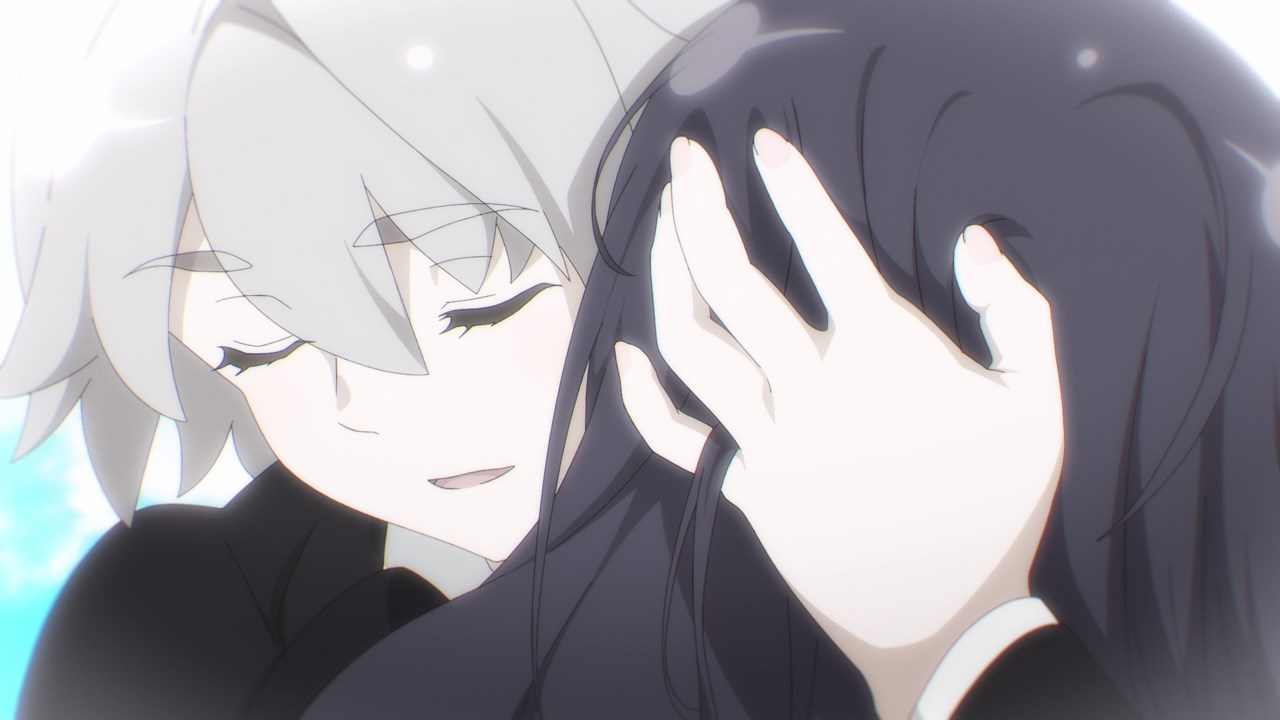 You see, as Misuzu Kawazoe explained in Yuyu Shirai’s dream, the HUGE are born from Lilies who got corrupted upon receiving lots of Magie. Okay, it seems that Assault Lily takes cues from Puella Magi Madoka Magica after all.

However, there’s no confirmation if HUGEs are born from Lilies as of this moment. Of course, the only thing that matters most is to stop the HUGE who not only killed Misuzu Kawazoe, but also used Yuyu’s CHARM to power itself up. 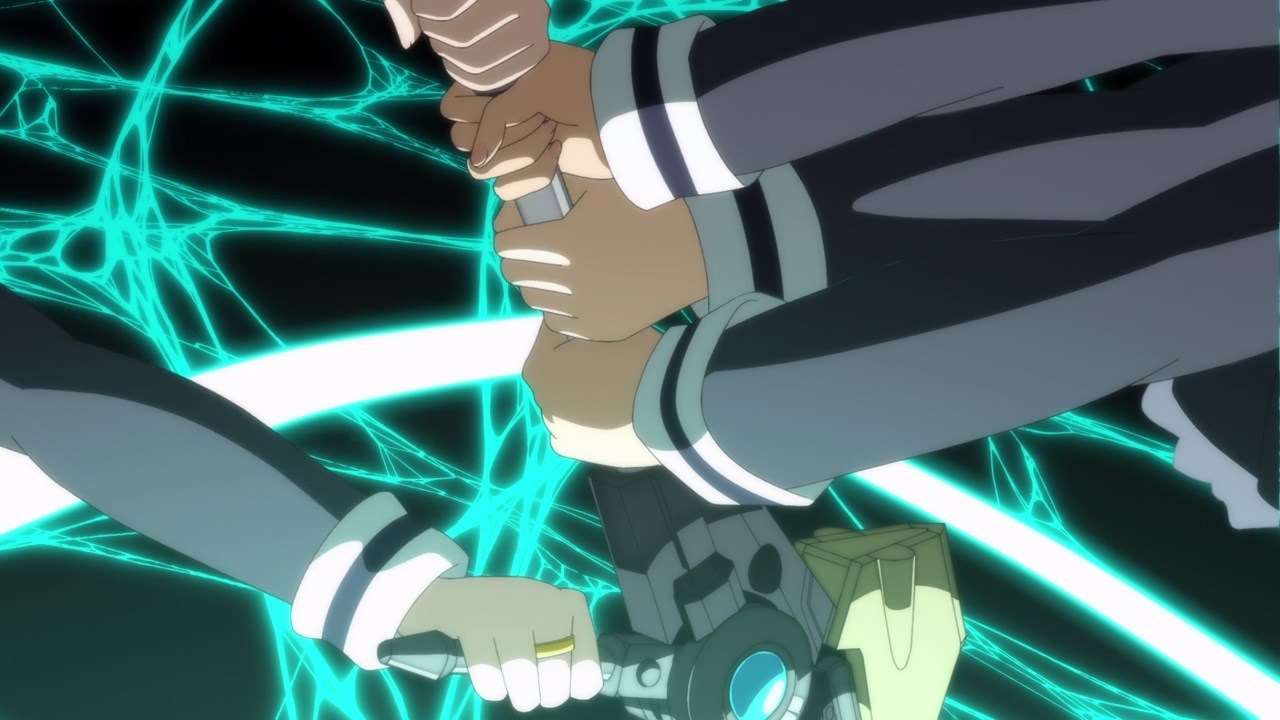 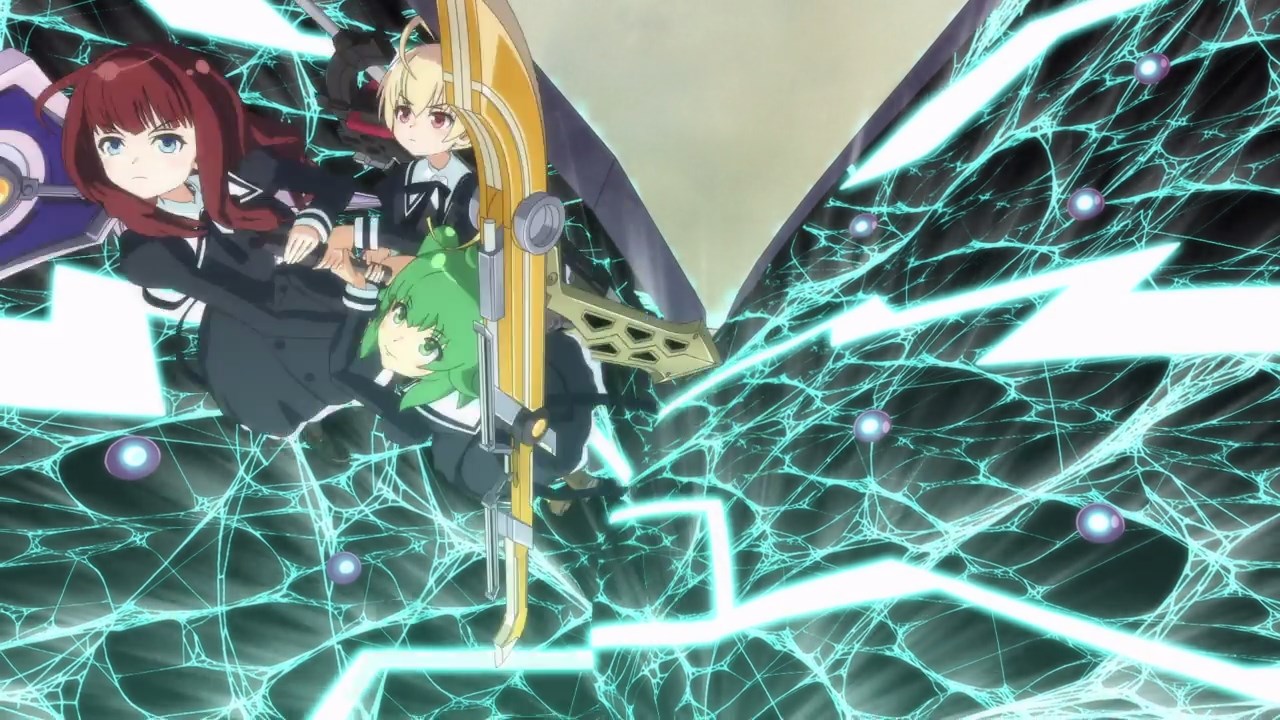 Now then, let’s destroy the HUGE once and for all as Thi Mai Yoshimura and her teammates pulled Dáinsleif out of its body. That way, the HUGE won’t use the Magie from Yuyu’s CHARM. 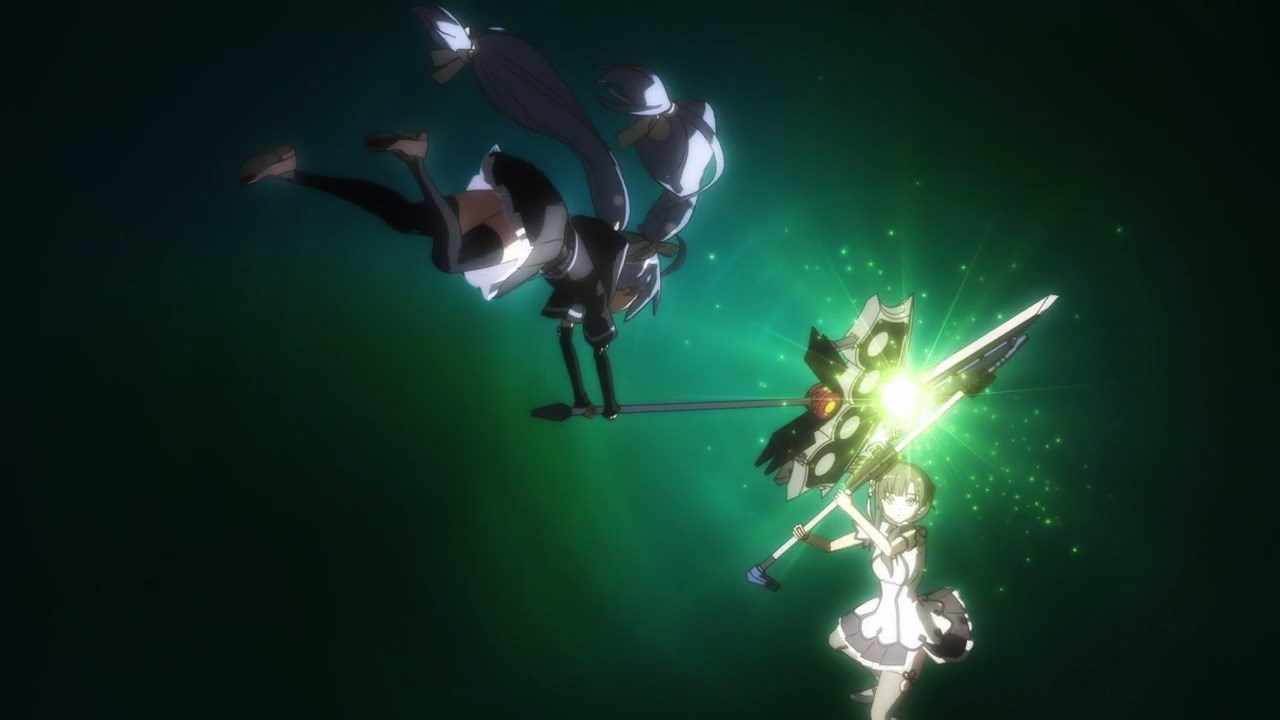 Afterwards, it’s time to use the Neunwelt Tactic as Riri’s teammates pass their powers until they reach it to their leader.

Of course, their execution is a bit rocky at first as Fumi Futagawa made a screw-up when firing the Neunwelt Bullet. I mean, this is their first time using this tactic against a HUGE. 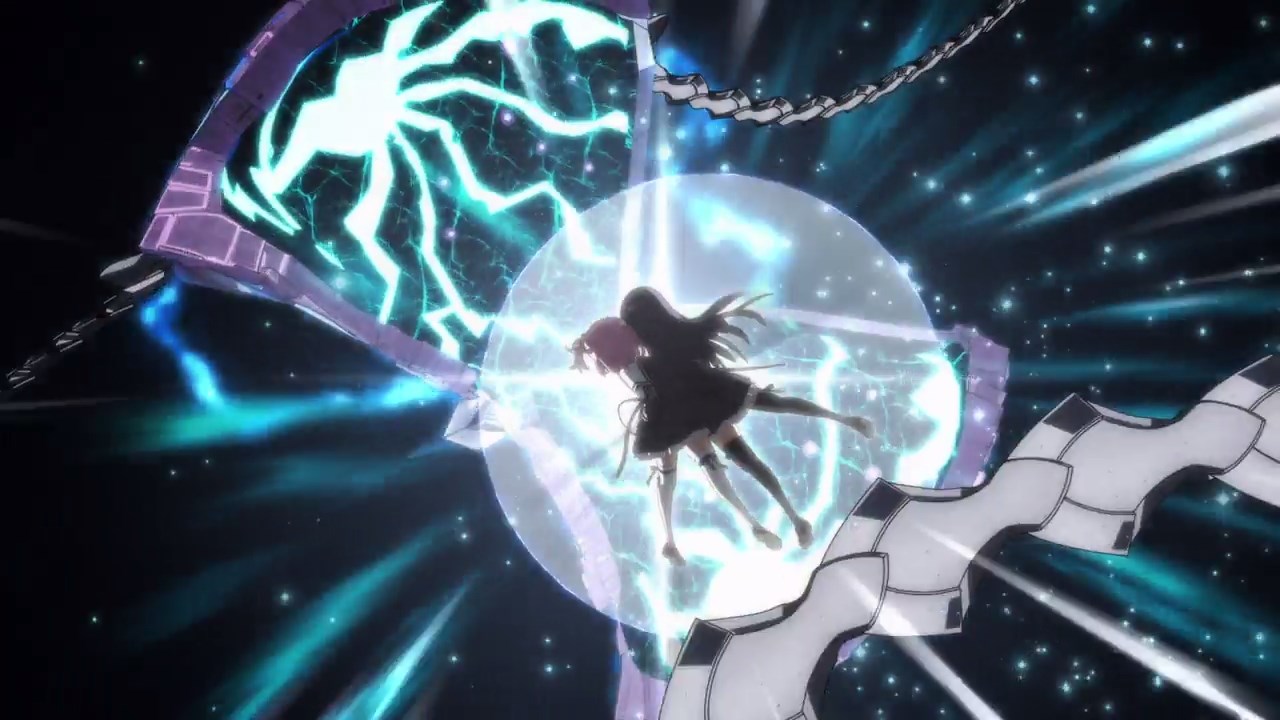 Regardless, the Neunwelt Bullet managed to reach both Riri Hitotsuyanagi and Yuyu Shirai as they’re gonna deliver a powerful attack. Let’s hope that they won’t lose their CHARMs while using the Neunwelt Attack 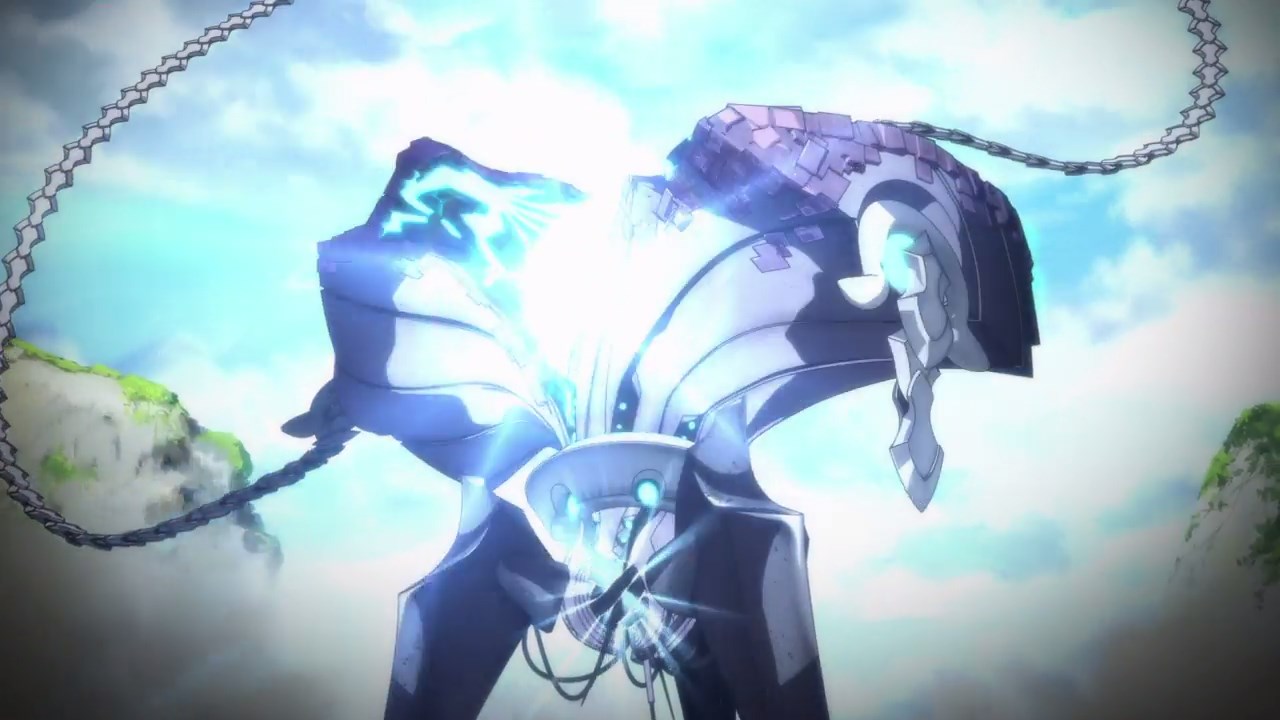 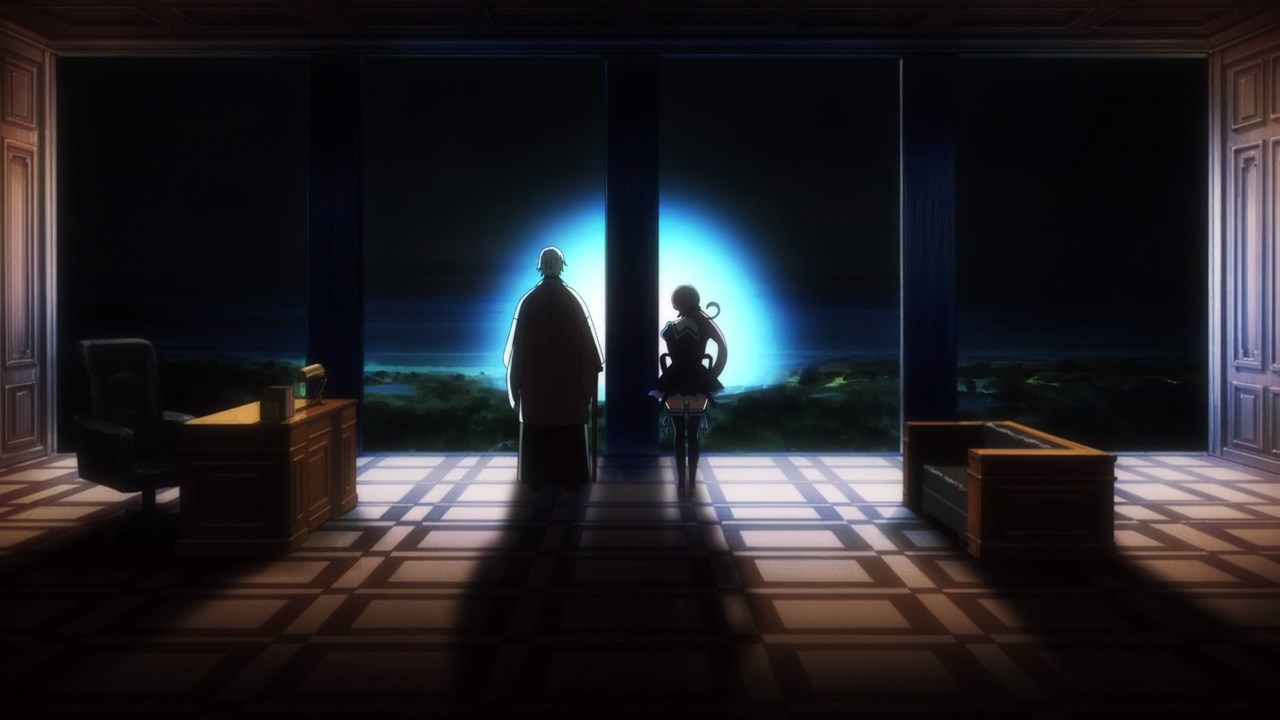 With that said, the HUGE is finally destroyed as Riri Hitotsuyanagi and her legion teammates made a big explosion to beat the enemy.

Sure that they’re just starting out but the Hitotsuyanagi-tai might have the potential to become the best legion in Yurigaoka Girls’ Academy. 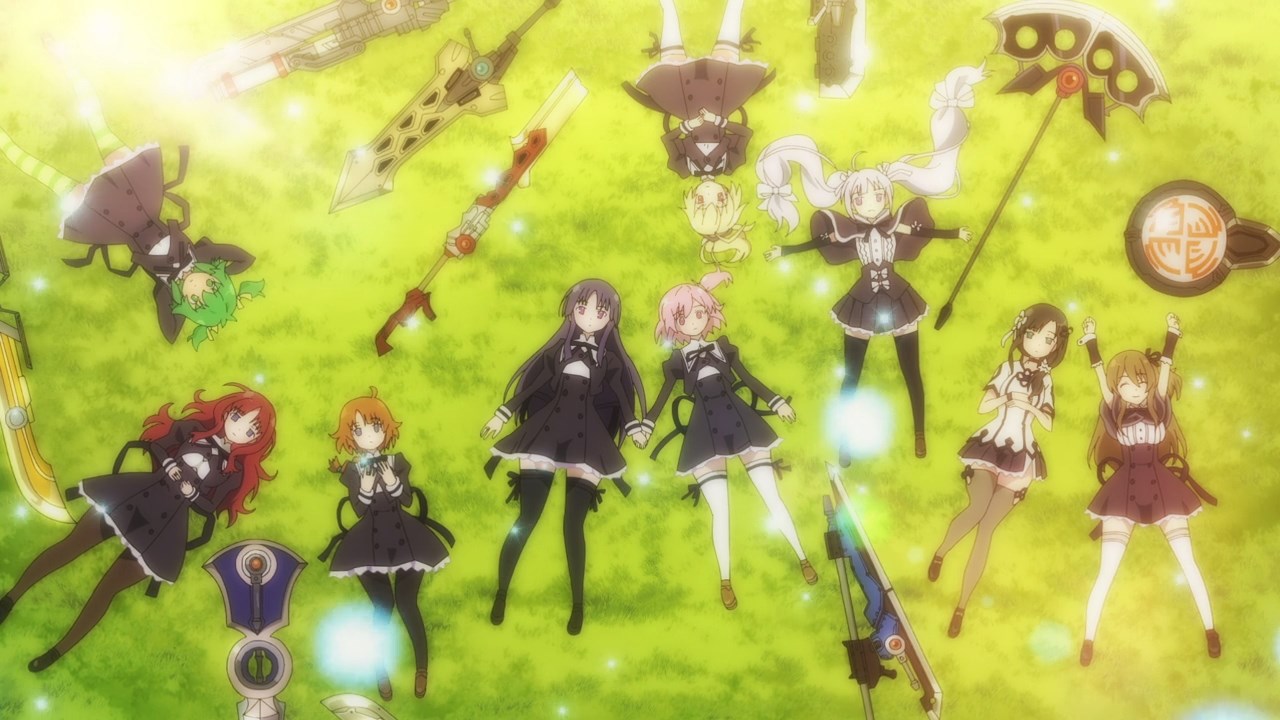 Of course, there are some questions that needs to be answered like the origins of the HUGE. Maybe in the next episode, Moyu Mashima might reveal those answers.

For now, Hitotsuyanagi-tai are taking a rest as they achieved their first major victory against the HUGE. I can’t wait for them next time!