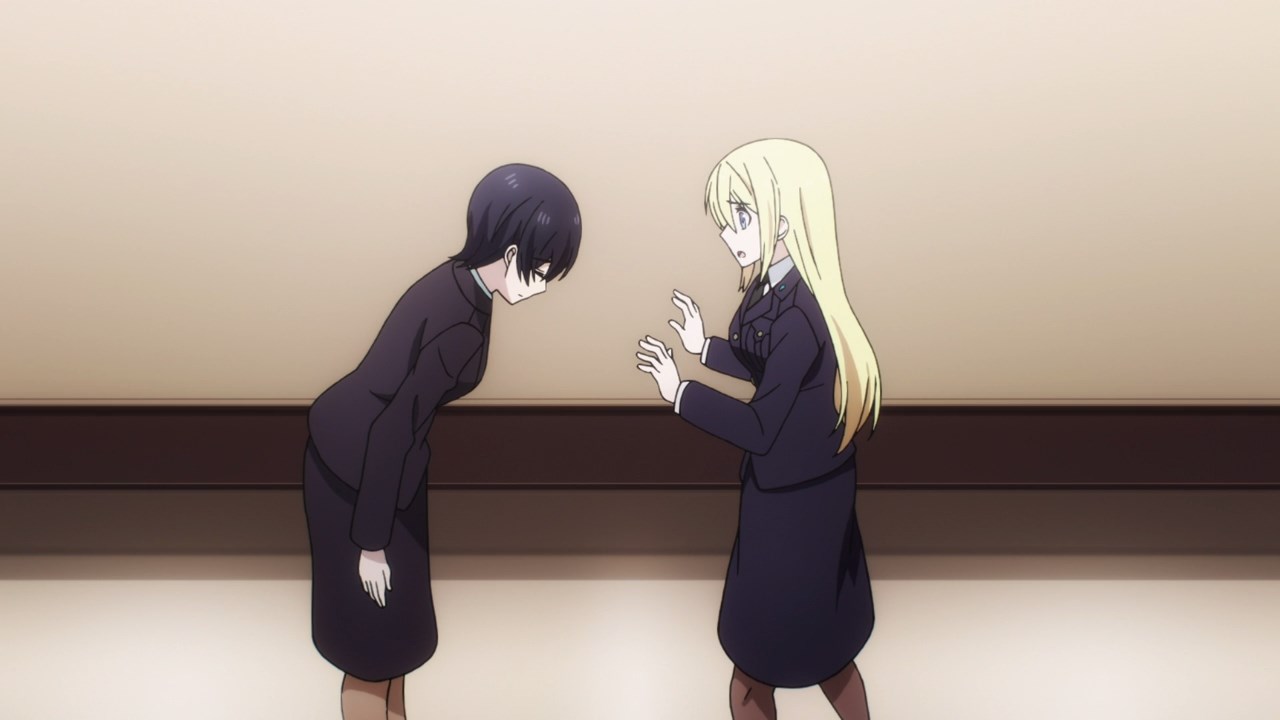 Well, it appears that Angelina Kudou Shields will lose one of her staff after failing to stop the rogue agents, as Silvia Mercury First told her that she was ordered by the General Staff to return to United States of North American Continent.

It’s very unfortunate that Lina will lose Silvie right after they found out that Mikaela Hongou got infected by a parasite. While I’ll never know what happened to Mia, Lina will have to face more misery. 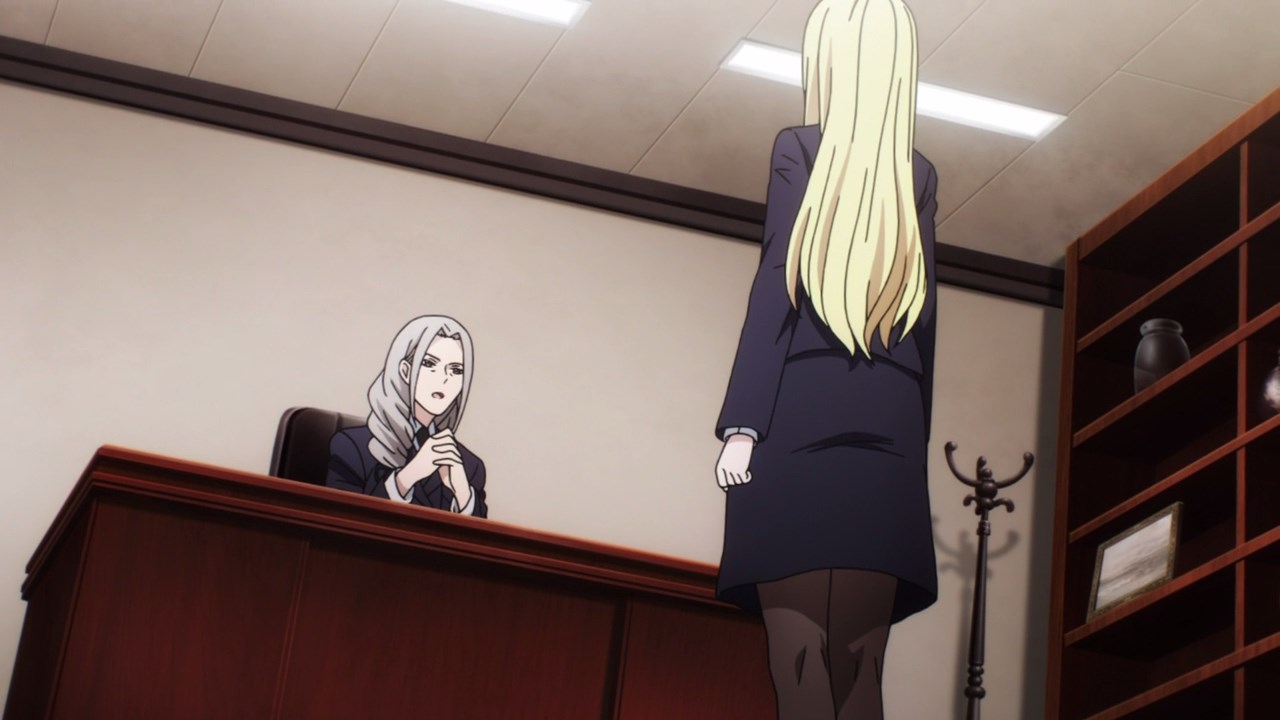 You see, Colonel Virginia Balance gave her an ultimatum: Stop both the rogue operatives and Tatsuya Shiba, or she’ll be sent back to USNA.

By the way, Colonel Balance will stay in Japan to observe Lina as well as Tatsuya. C’mon, she’s worried that Tatsuya’s OP magic skills might destroy the entire country. 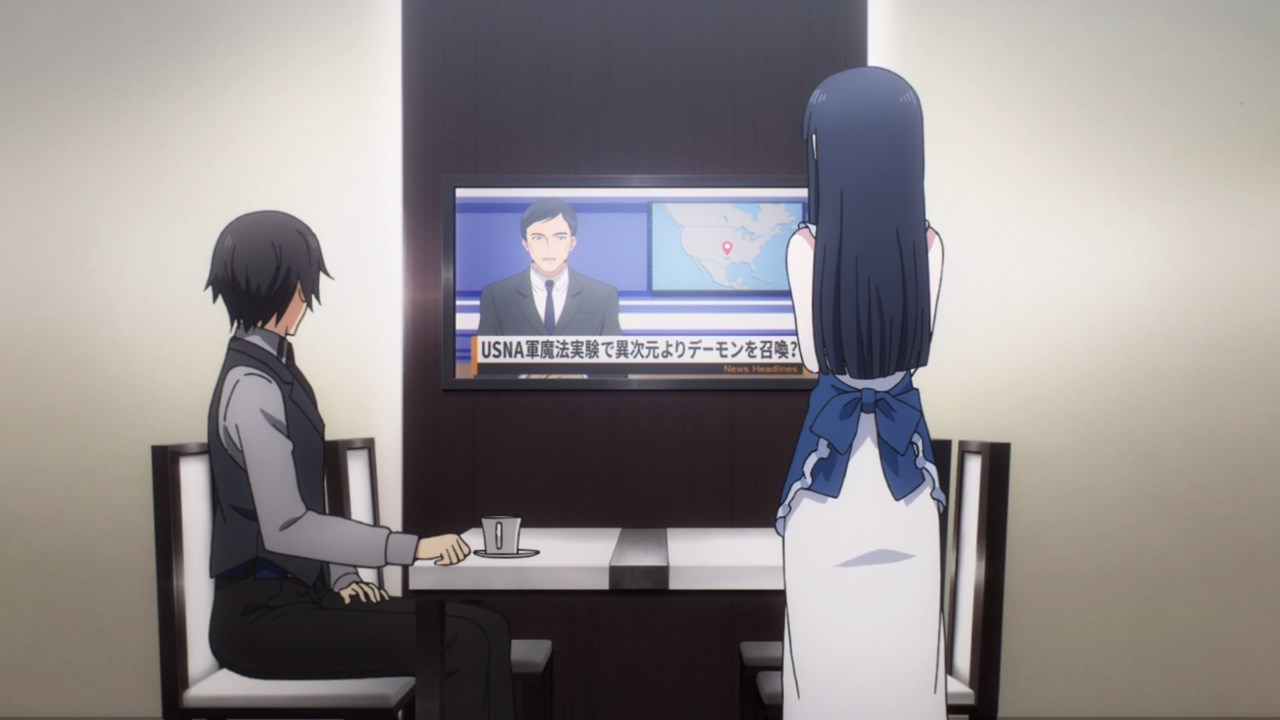 Meanwhile, the Shiba siblings saw the news about USNA’s micro black hole experiment, albeit opinionized as the commentators blamed the American military, especially the magicians for letting the parasite run amok across Japan. 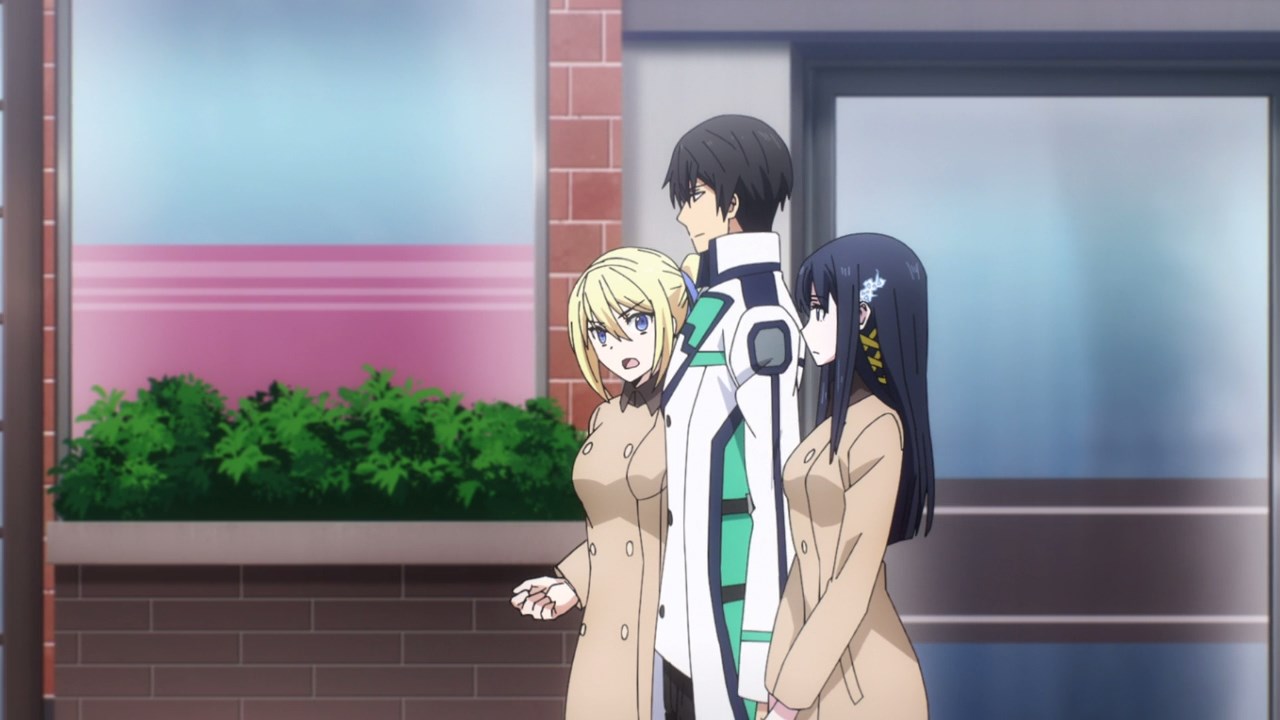 Of course, Lina disagrees as it’s all bunch of lies. Heck, some say that the Seven Sages manipulated it in order to make Americans look bad in the eyes of the Japanese.

Unfortunately, we’ll never know who the Seven Sages are since they might be explored in the light novels. Man, when will Kadokawa make more Mahouka anime? 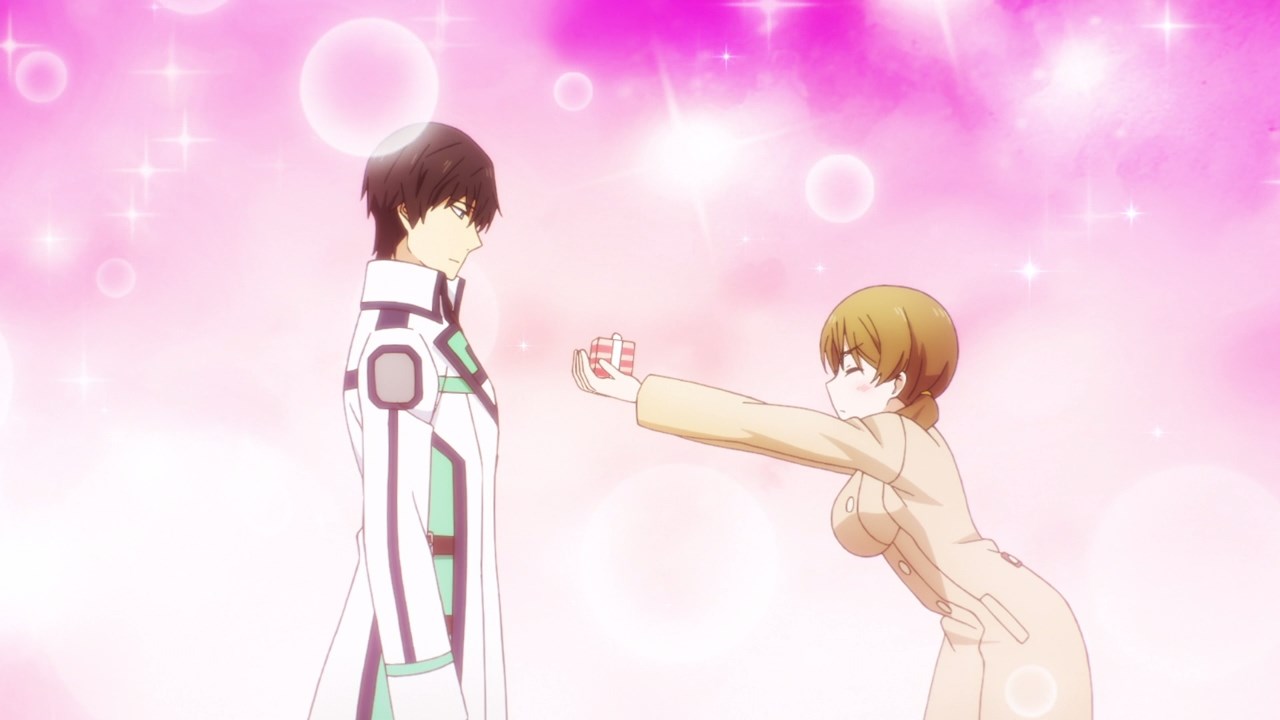 Anyways, February 14 has arrived and the girls are here to give chocolates for Valentine’s Day.

As you can see, Honoka Mitsui wants to give some homemade chocolate to Tatsuya Shiba. Well, that’s so cute! 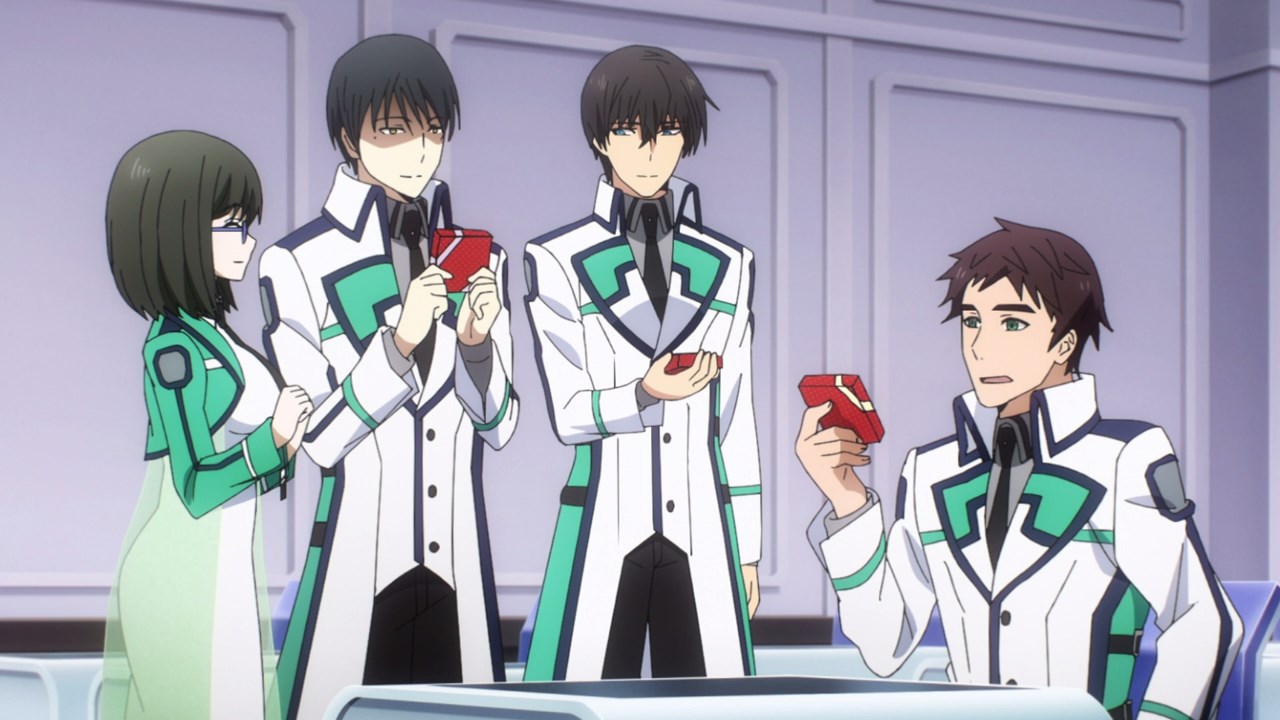 While it’s nice that Leonhart is back, Mikihiko Yoshida is very disappointed that he didn’t get any homemade chocolate from Mizuki. Poor guy… 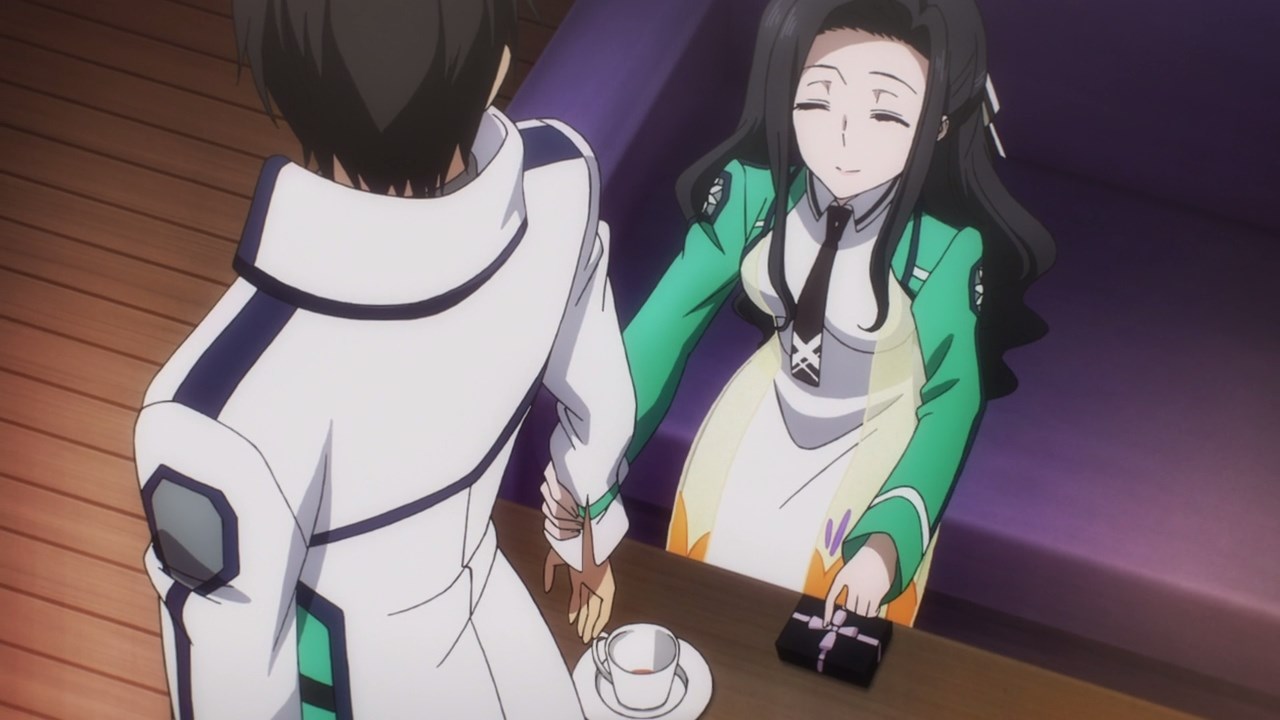 One more thing, Mayumi Saegusa wants to give a special homemade chocolate to Tatsuya Shiba. Then again, I have a bad feeling about this! 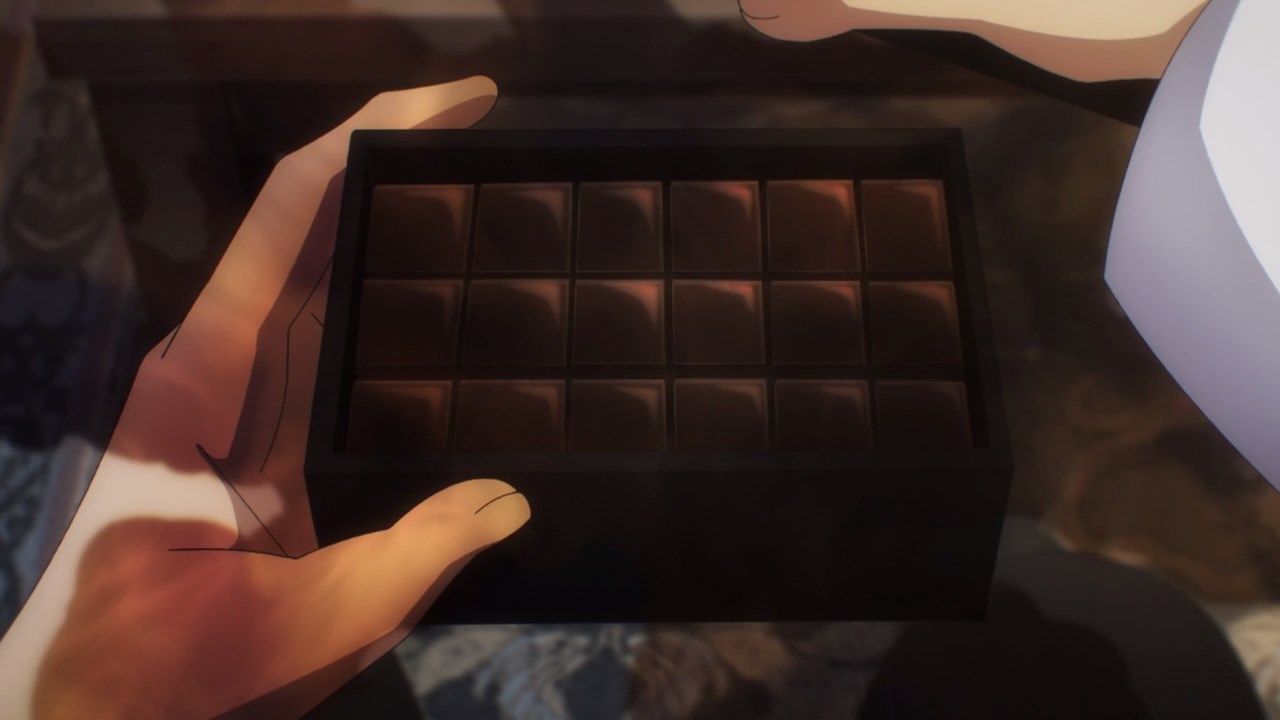 But anyways, this is Saegusa’s dark chocolate where it oozes lots of caffeine. Looks like Mayumi-sempai put too much coffee powder when making this chocolate. 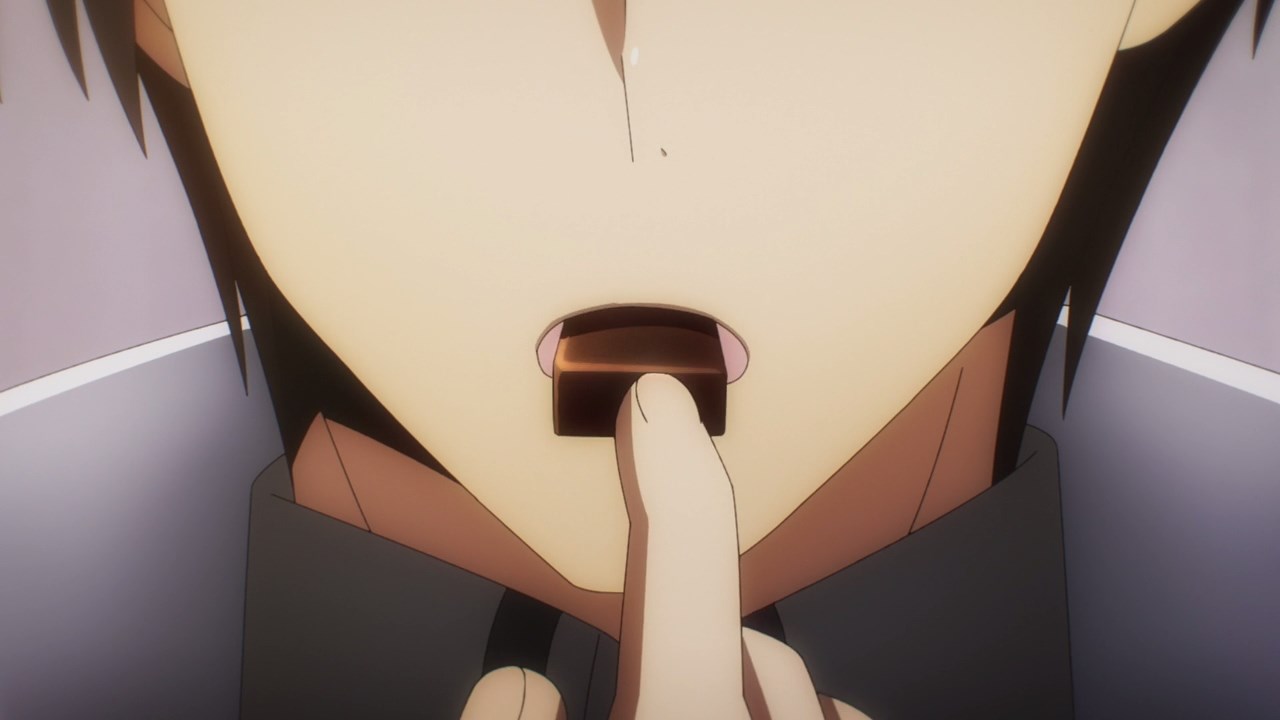 But as for the taste? It’s indescribable according to Tatsuya. Good thing he didn’t die from food poisoning ’cause Miyuki might get angry at anyone who dared to take Tatsuya-niisama’s life! 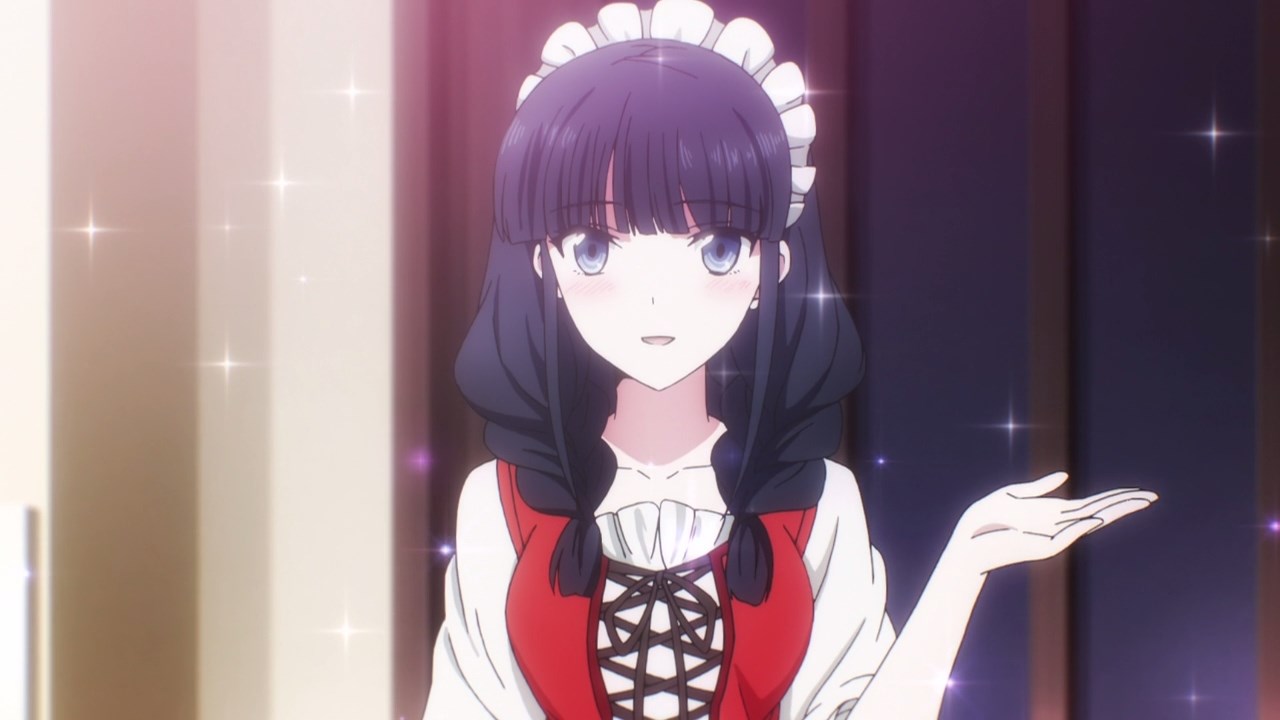 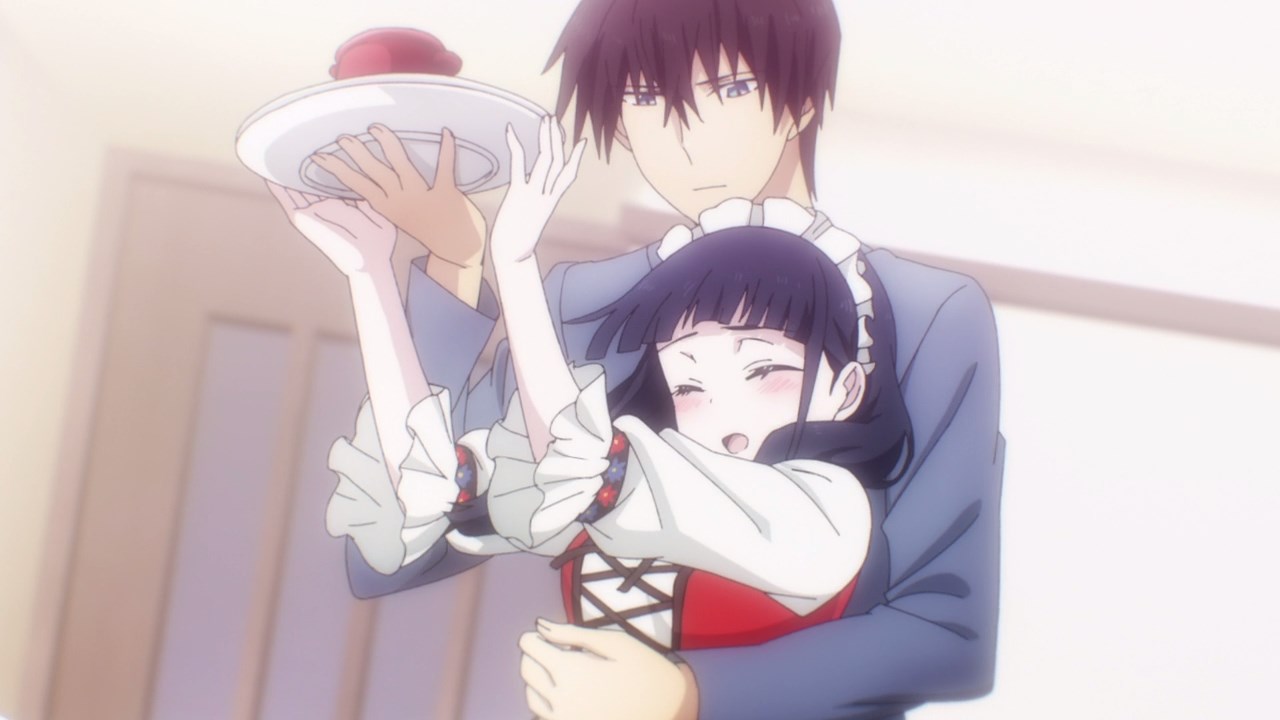 Then again, it appears that Miyuki got a bit drunk after eating some bourbon-infused chocolate as Tatsuya grabs her. Of course, they still can’t kiss because they’re siblings but what the hell, incest is the way to go!

And that’s about it on this episode as we’ll get serious next time. C’mon, the rogue USNA operatives are still on the run as well as the parasite where it might attack again.