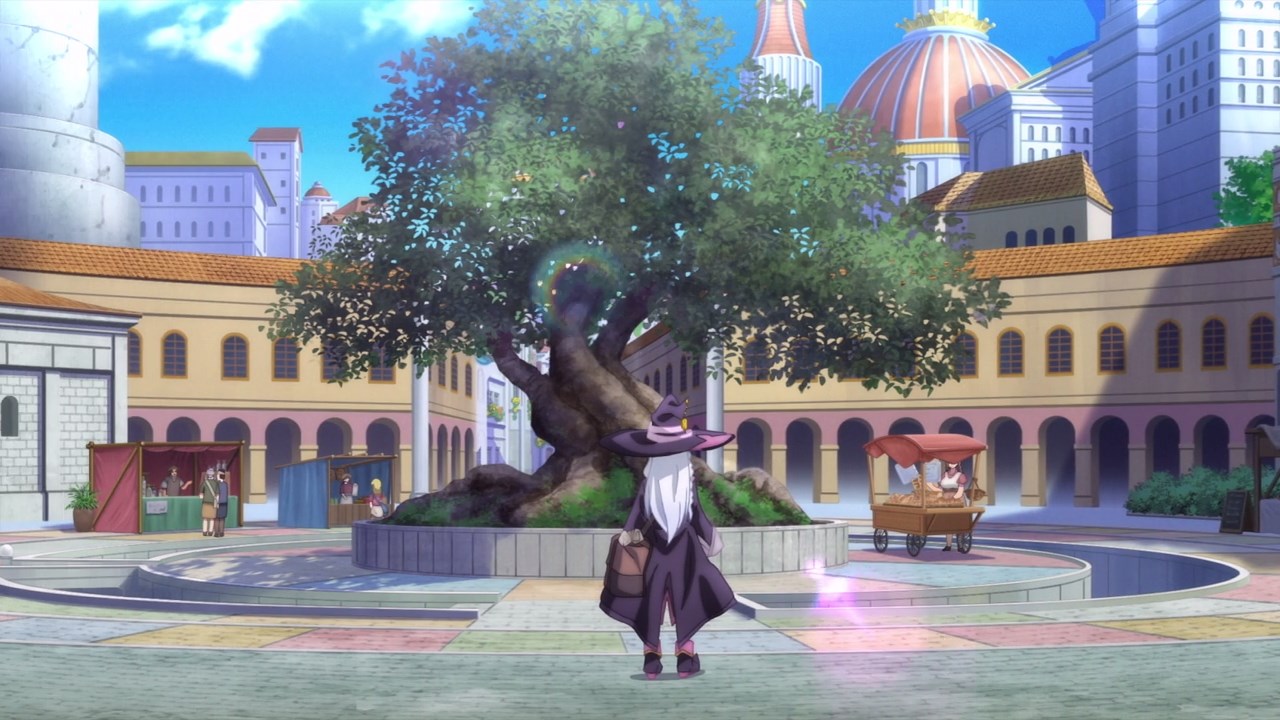 On this episode, Elaina has arrived in this country where people can only tell the truth. Why they can’t lie on this country? Because the king says so. 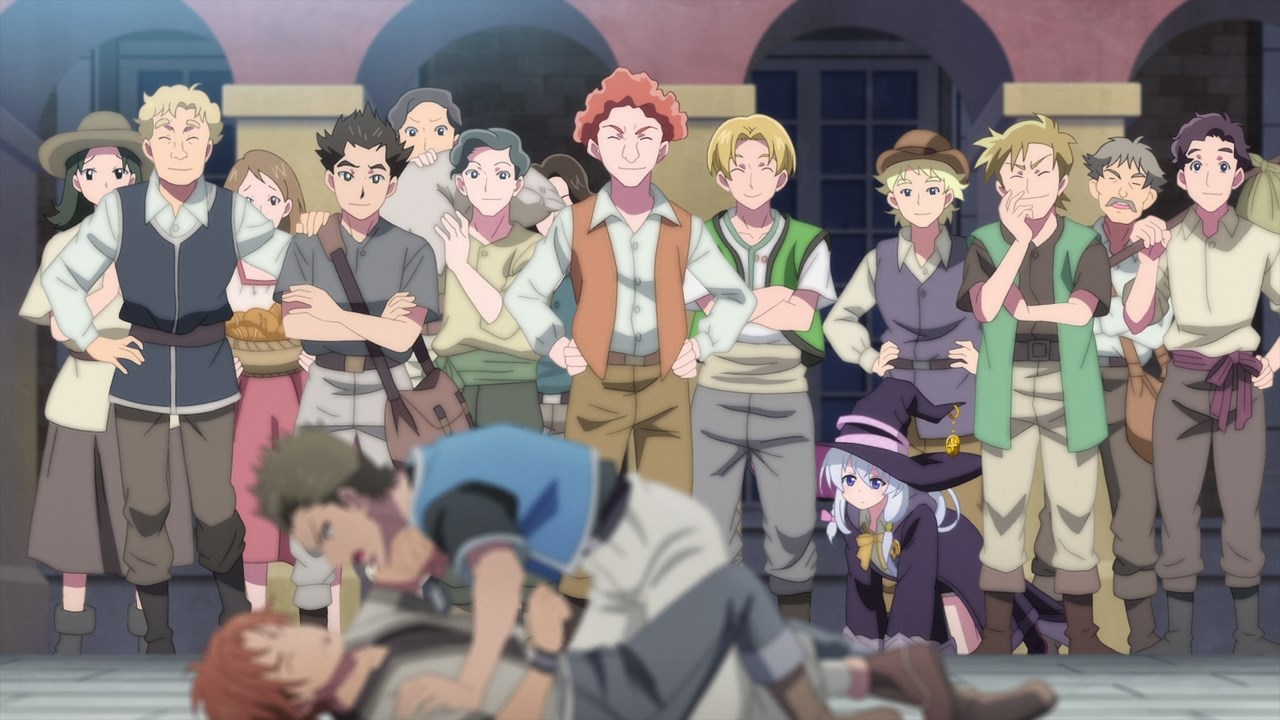 Of course, telling the truth all the time doesn’t mean that all of them are good-natured. Heck, we have these two people who decided to punch each other rather than lying. 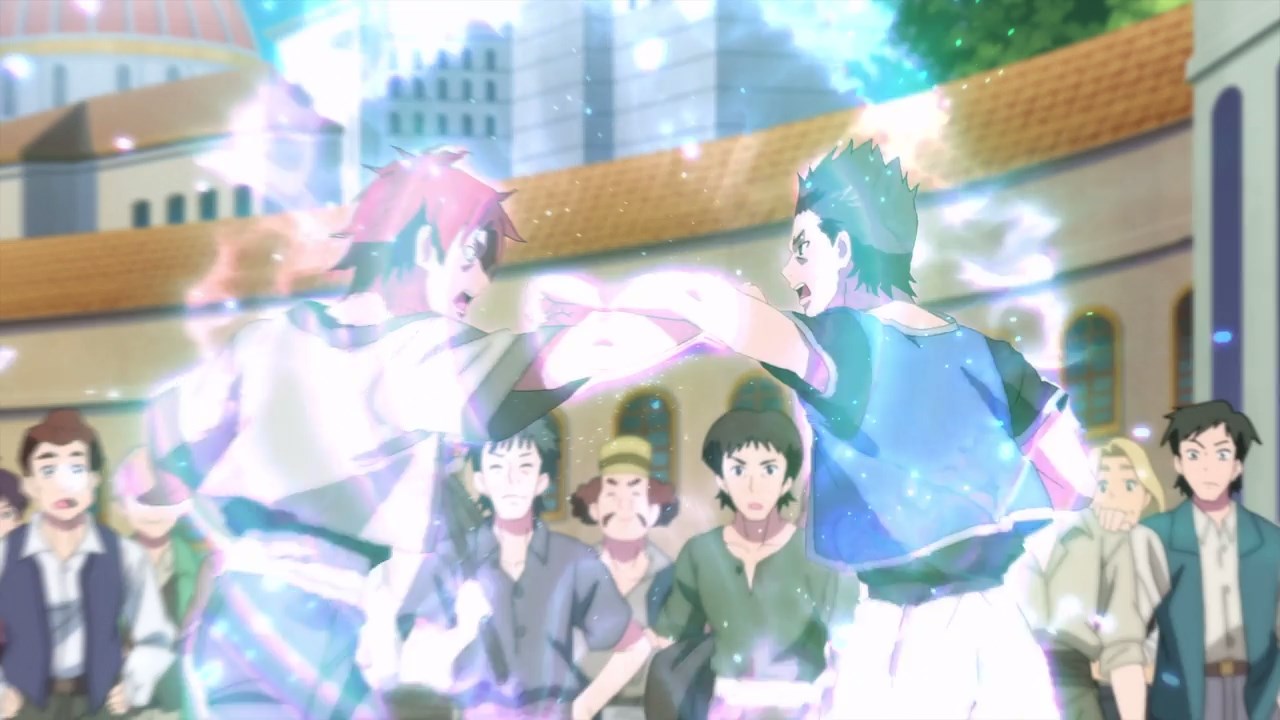 However, these two dudes got frozen by a powerful magic. Of course, it’s not the Ashen Witch who stop the fight… 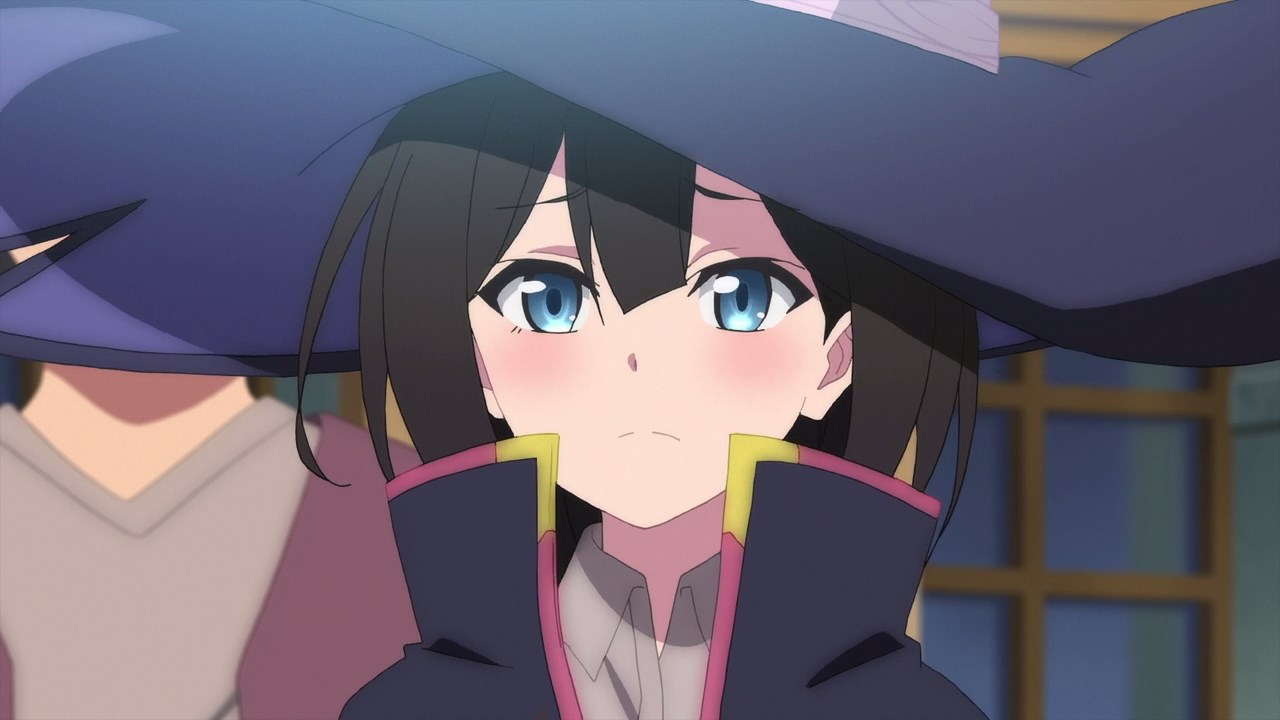 Rather, it’s none other than Saya as she returned on this episode, now being called as the Charcoal Witch. 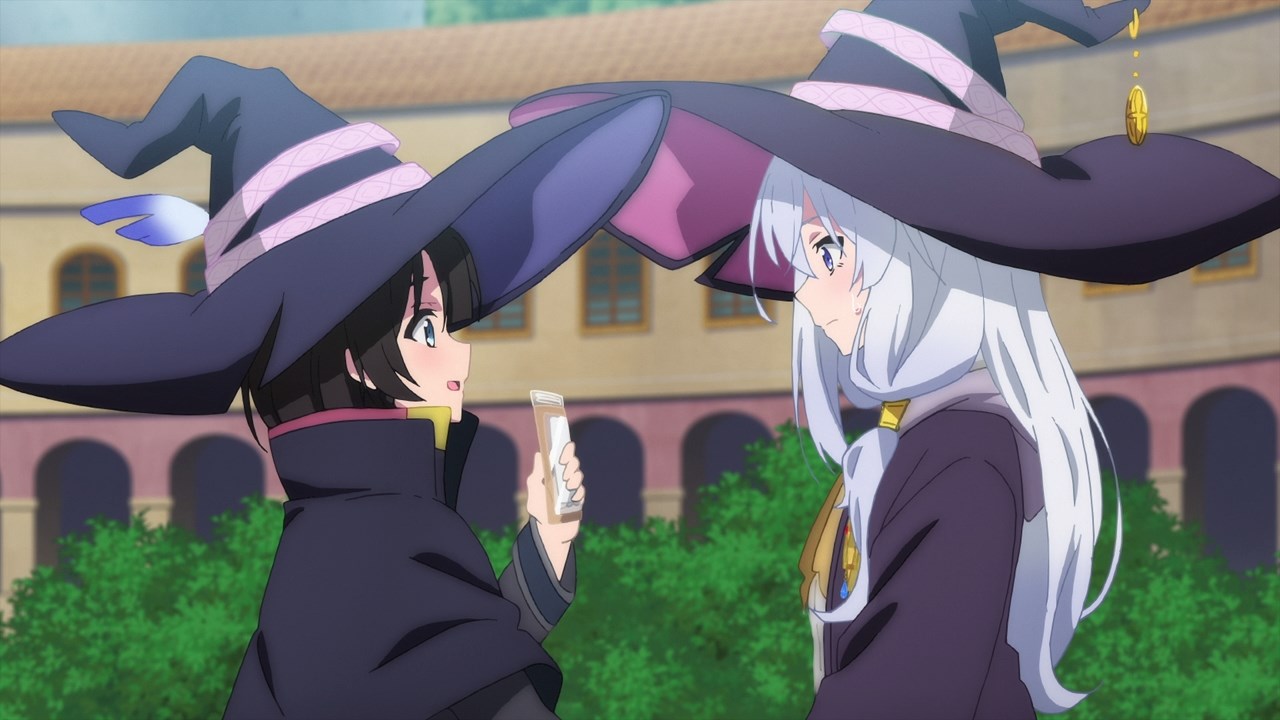 But seriously though, Saya is back where she’s really excited to see Elaina again. Heck, she even kept Elaina’s handkerchief and witch hat as a memento.

Okay, seems that Saya is very obsessive towards Elaina but still, I’m happy that she becomes a witch. 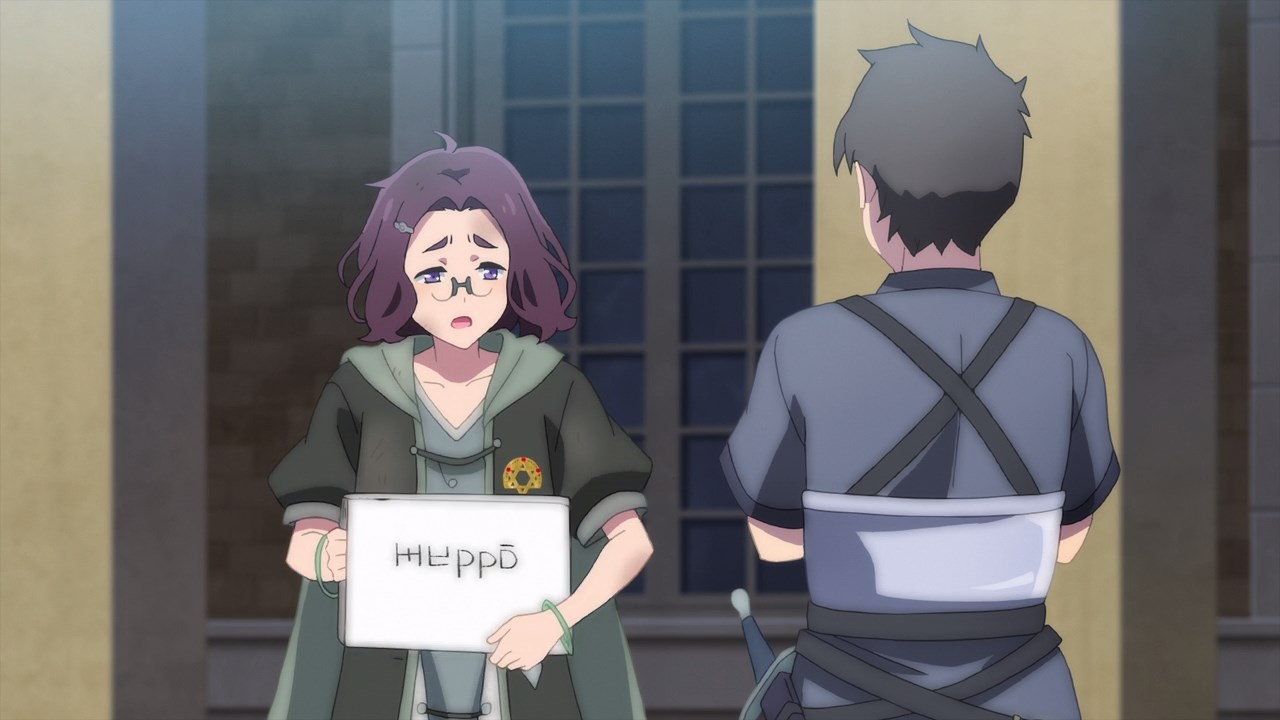 Now then, it’s time to introduce you to the Quicksand Witch Eihemia where she struggles to communicate with other people via a sketch board. Seriously, what happened to her? 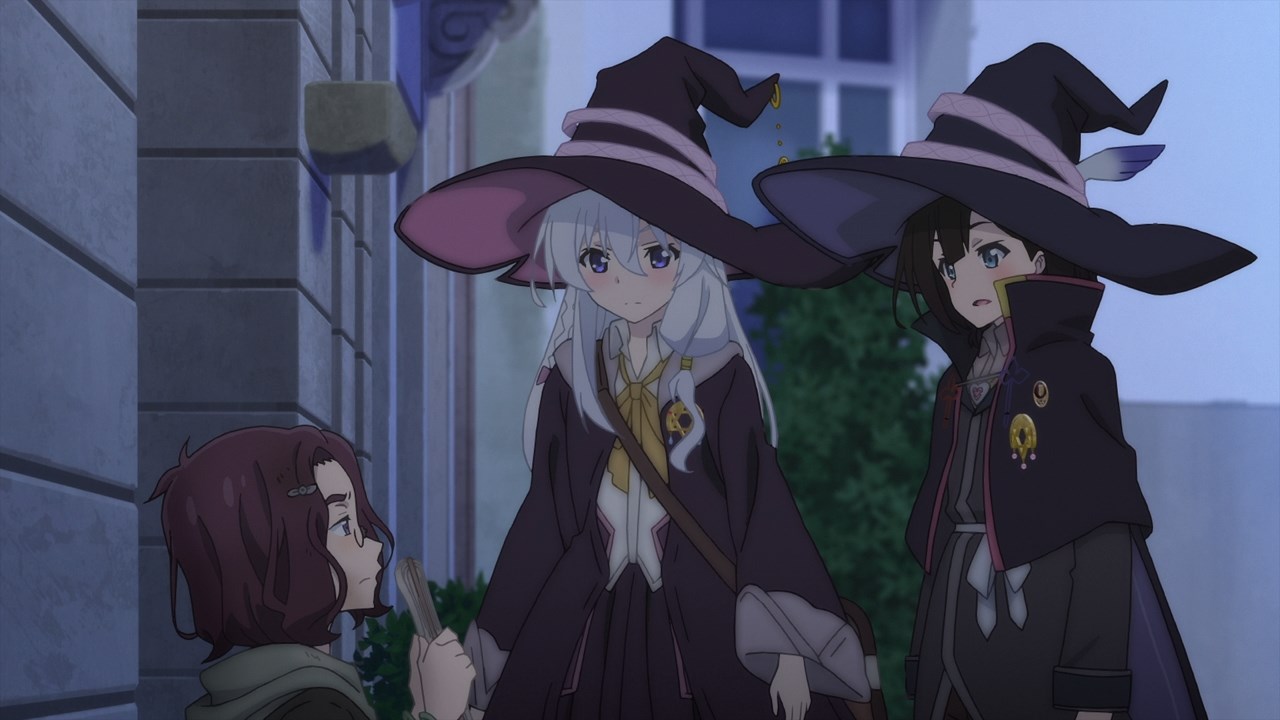 Well, Eihemia explains to both Elaina and Saya that she can’t speak as she used all of her magic to enchant a sword for the king. Even Saya can’t believe on how ridiculous her story is. 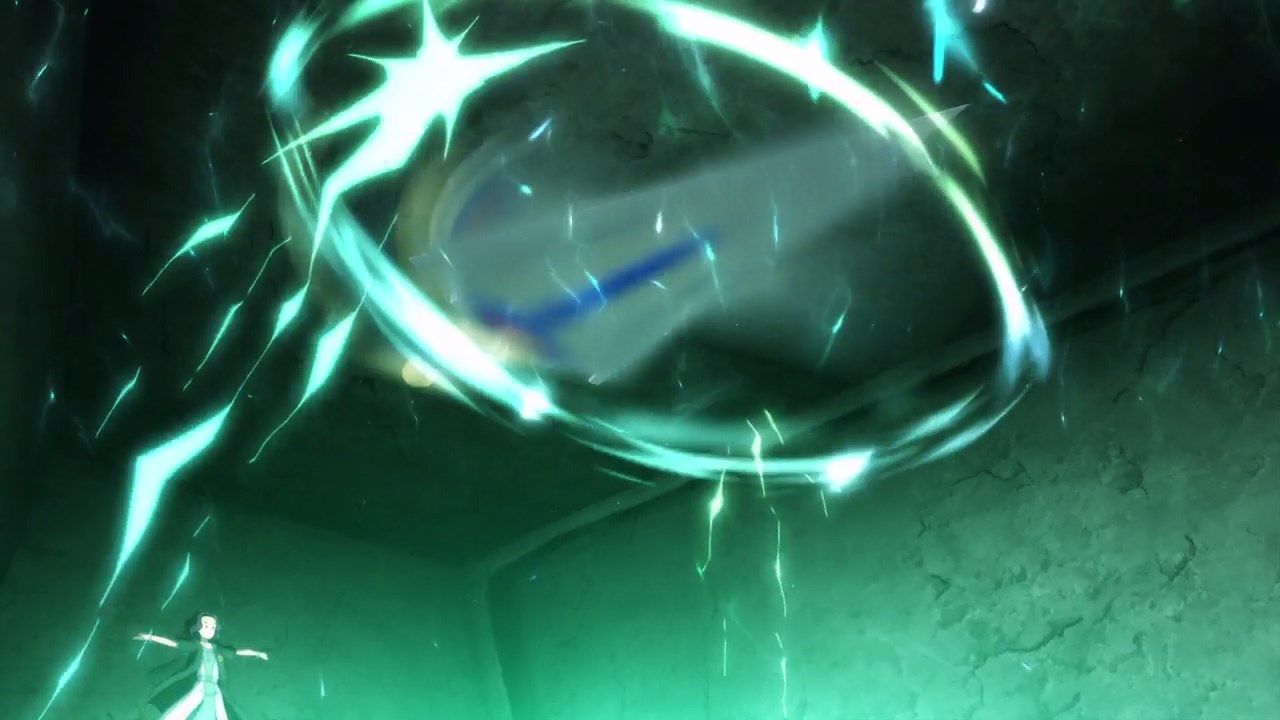 Anyways, the king ordered Eihemia to get rid of all of the liars across the country, but that would take lots of time to find out who’s lying or not.

So, Eihemia decided to enchant an unwieldy sword capable of producing a country-wide barrier that would make everyone tell the truth. However, that would take lots of magic energy so the Quicksand Witch gave up her voice to complete it.

In any case, Eihemia completed the enchantment of the sword to the king, but she got kicked out because Eihemia can’t use her magic anymore. What a shame. 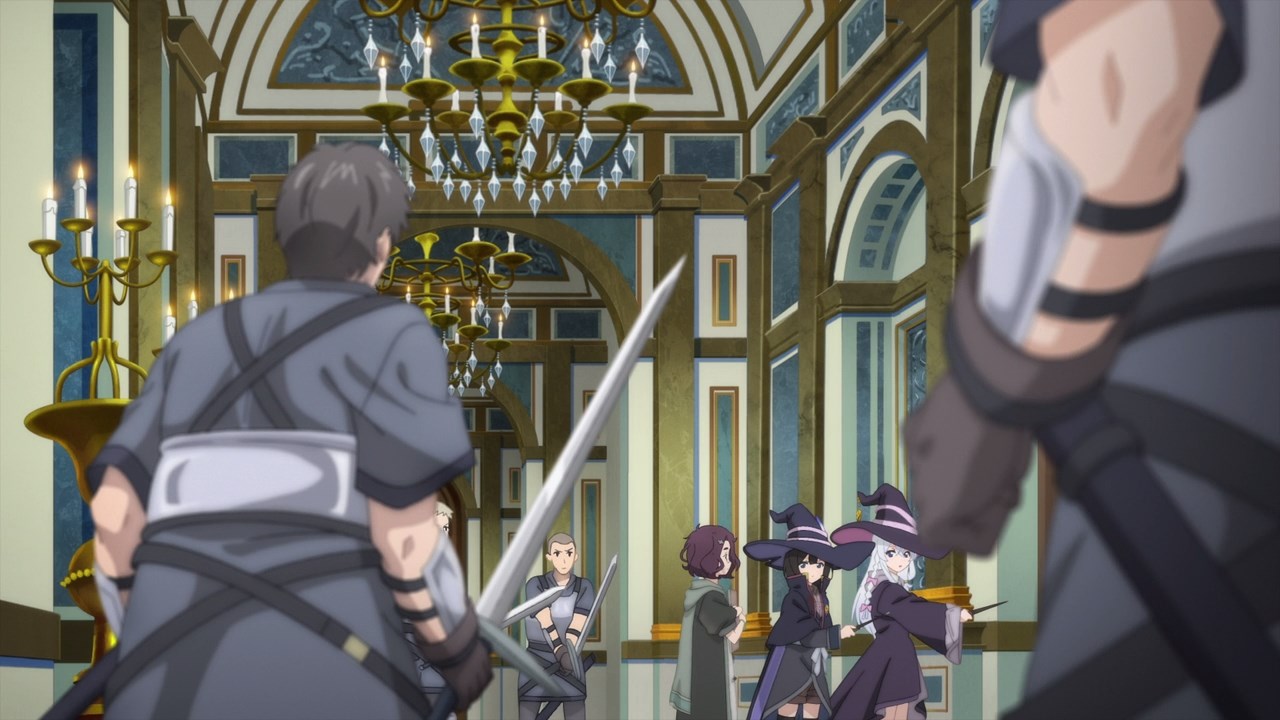 Of course, Elaina can’t continue like this as she and Saya are planning to restore Eihemia’s magic, although the witches are surrounded by guards unfortunately. 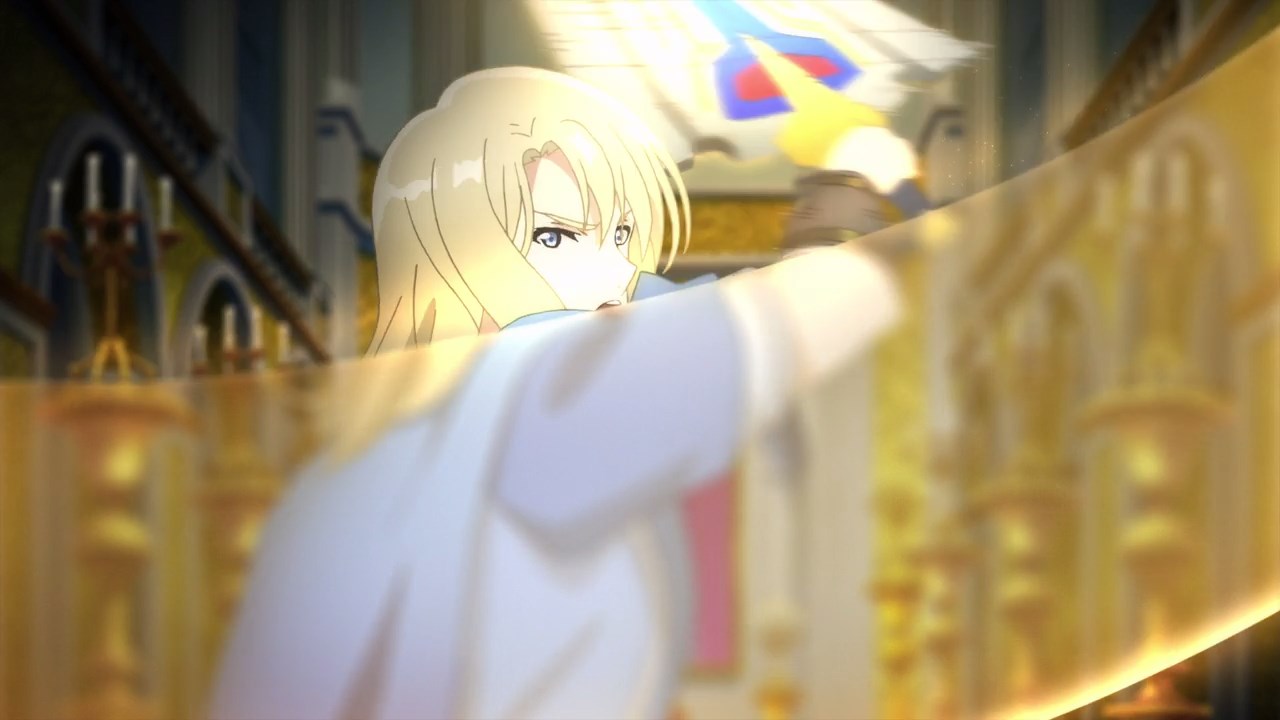 But anyways, the king has arrived where he doesn’t like intruders. Therefore, he uses his magic sword to stop both Elaina and Saya. 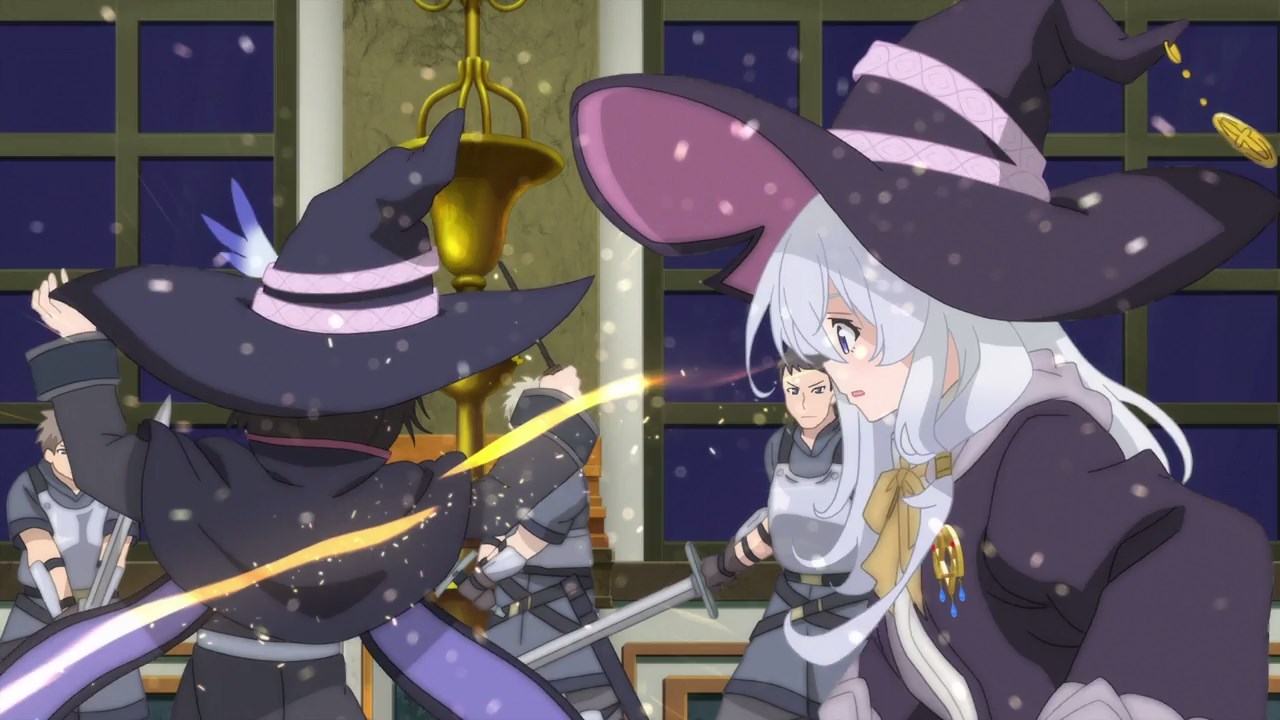 Oh yeah, this is the same sword that Eihemia used to enchant it with her own magic, therefore it’s potent enough to hurt people by swinging it as seen here where Saya got struck by its magic. 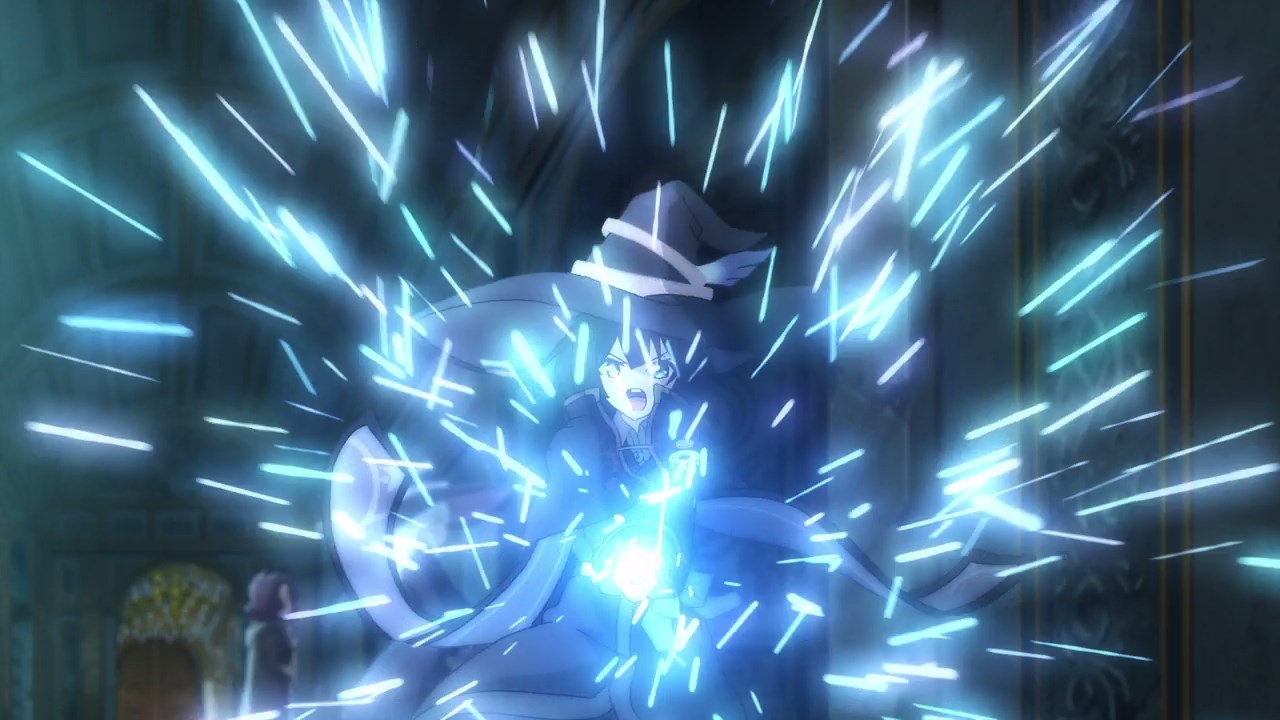 Still, Saya and Elaina refused to back down as they continue to fight against the king’s guards. 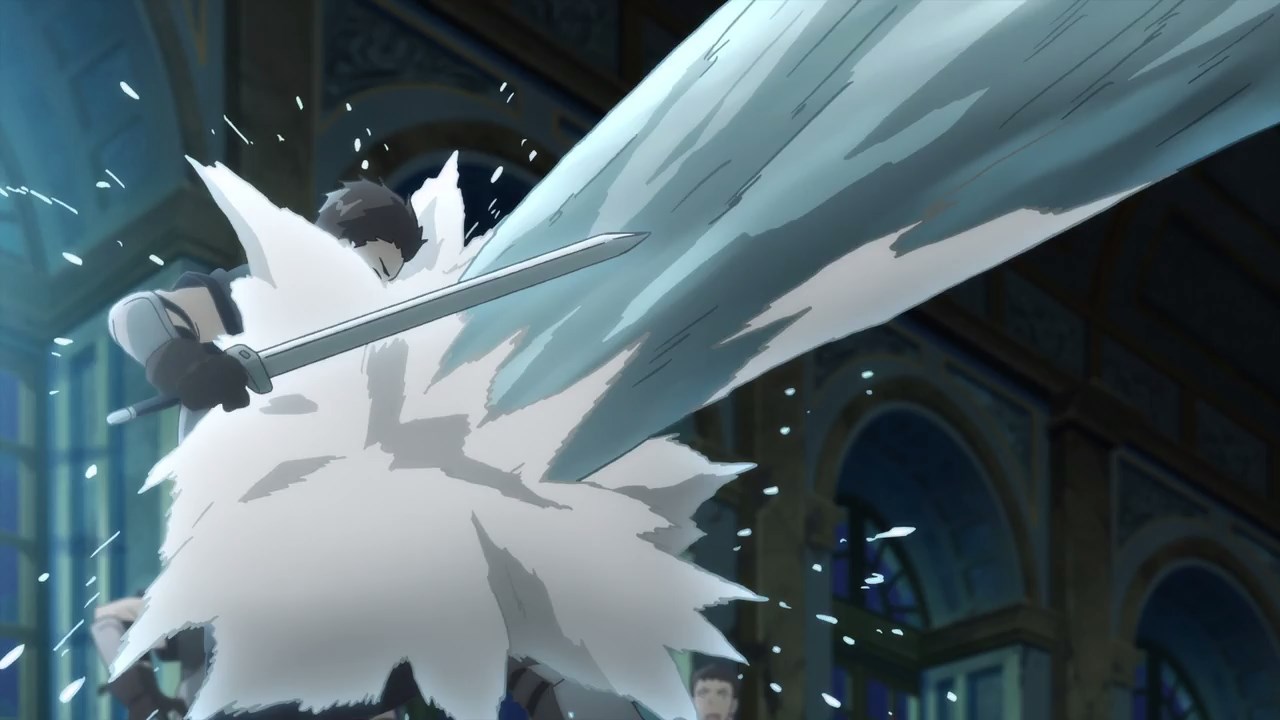 Speaking of Saya, the Charcoal Witch can hold off on her own as she casts water magic against the guards. Unfortunately, she’s no match against the king. 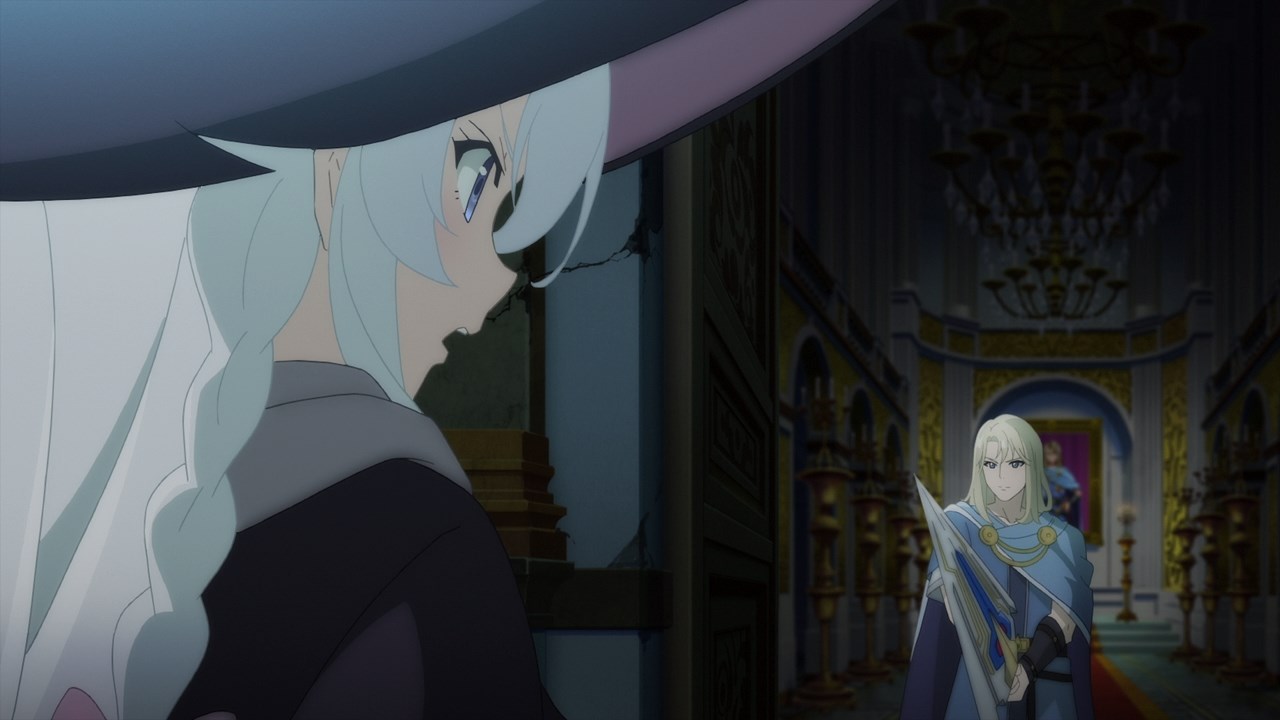 That’s where Elaina comes into play as she convinces the king that forcing everyone to tell the truth doesn’t mean that all of them are good-natured people.

Of course, the king refused to listen to Elaina’s words as he believes that he’s still doing the right thing, albeit misguided. 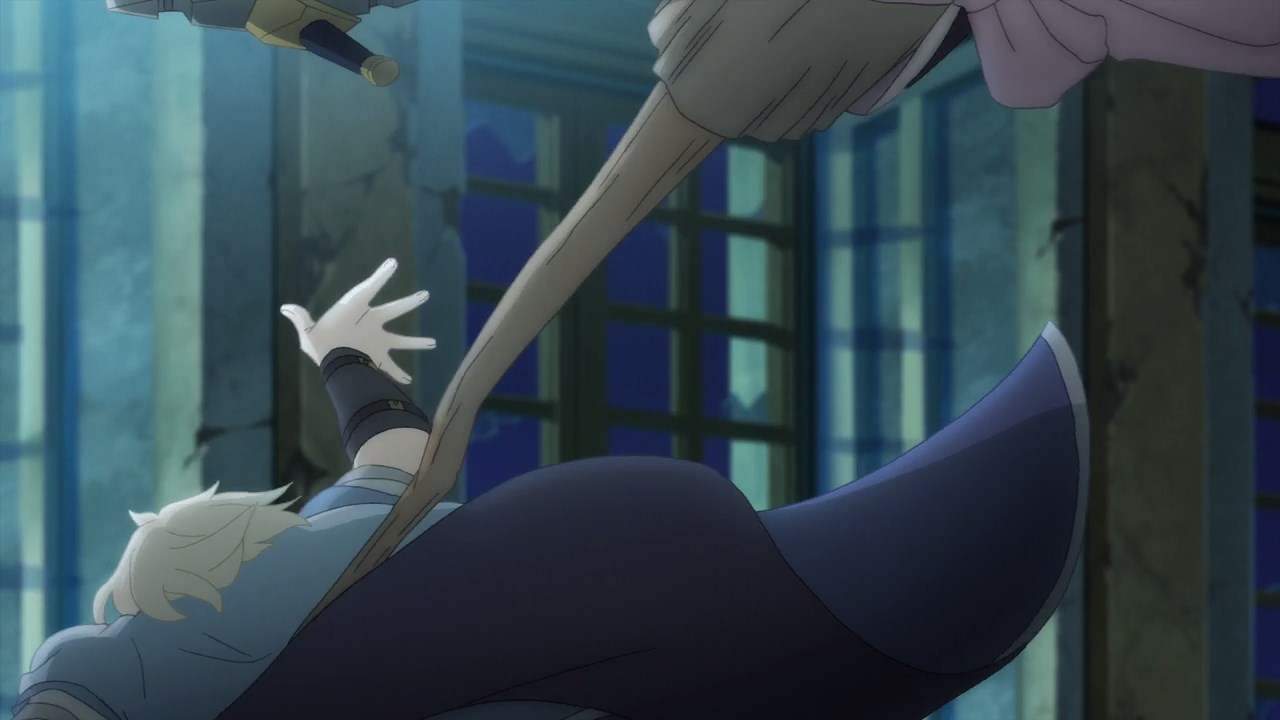 Well then, looks like the Ashen Witch has no choice but to disarm the king as Elaina uses her broom to struck him down. 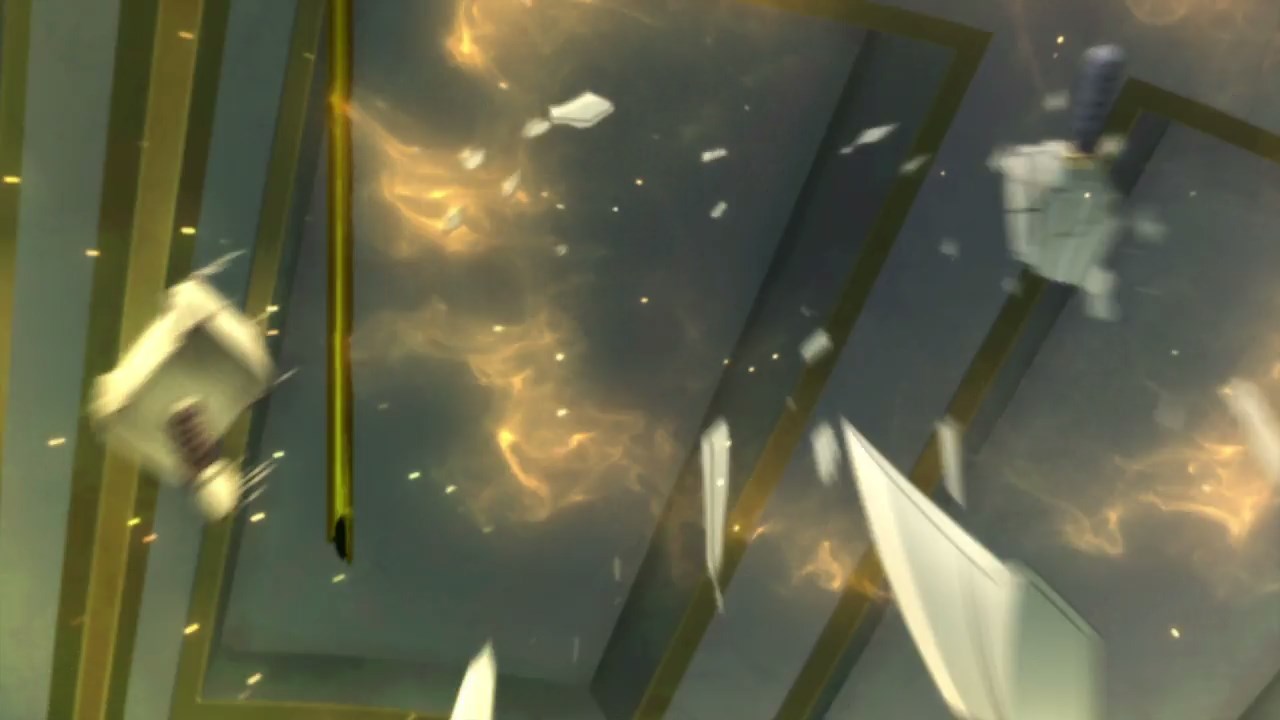 Oh, and she creates a hammer to smash the magic sword into little pieces. Well, looks like Elaina destroys a gaudy piece of junk to restore Eihemia’s magic. 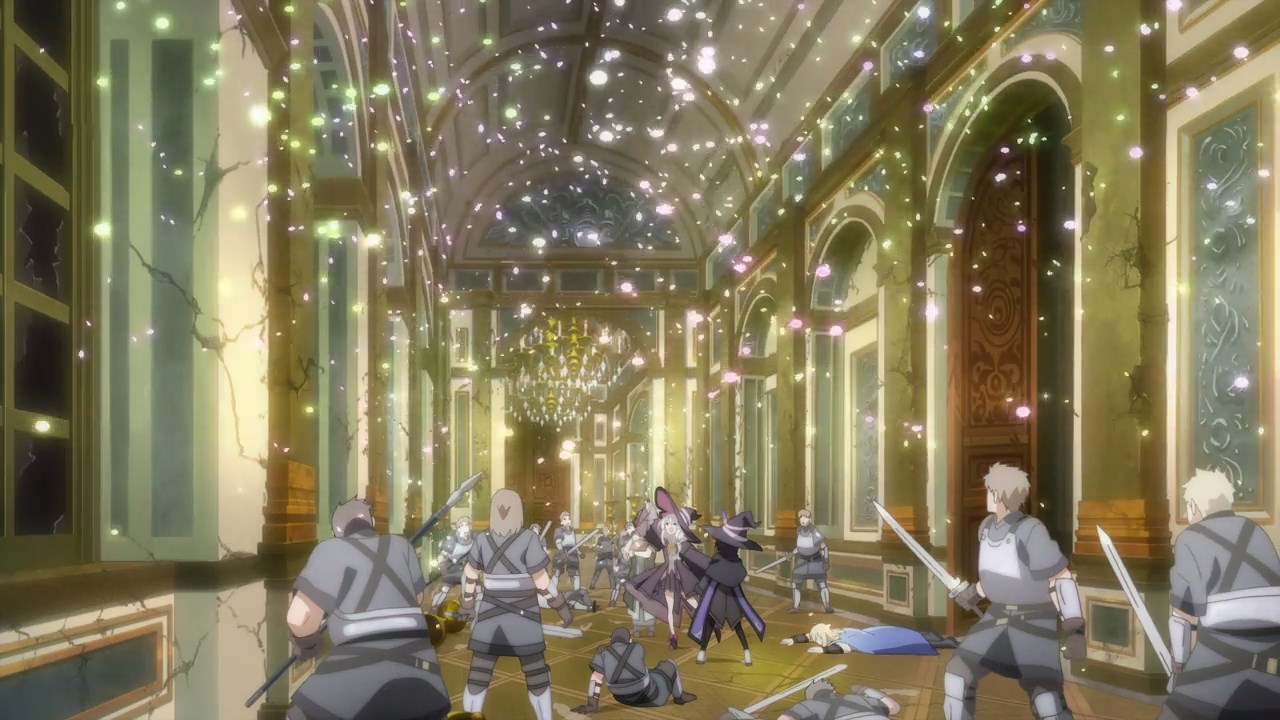 And so, the barrier is gone and the people are no longer forced to tell the truth anymore. 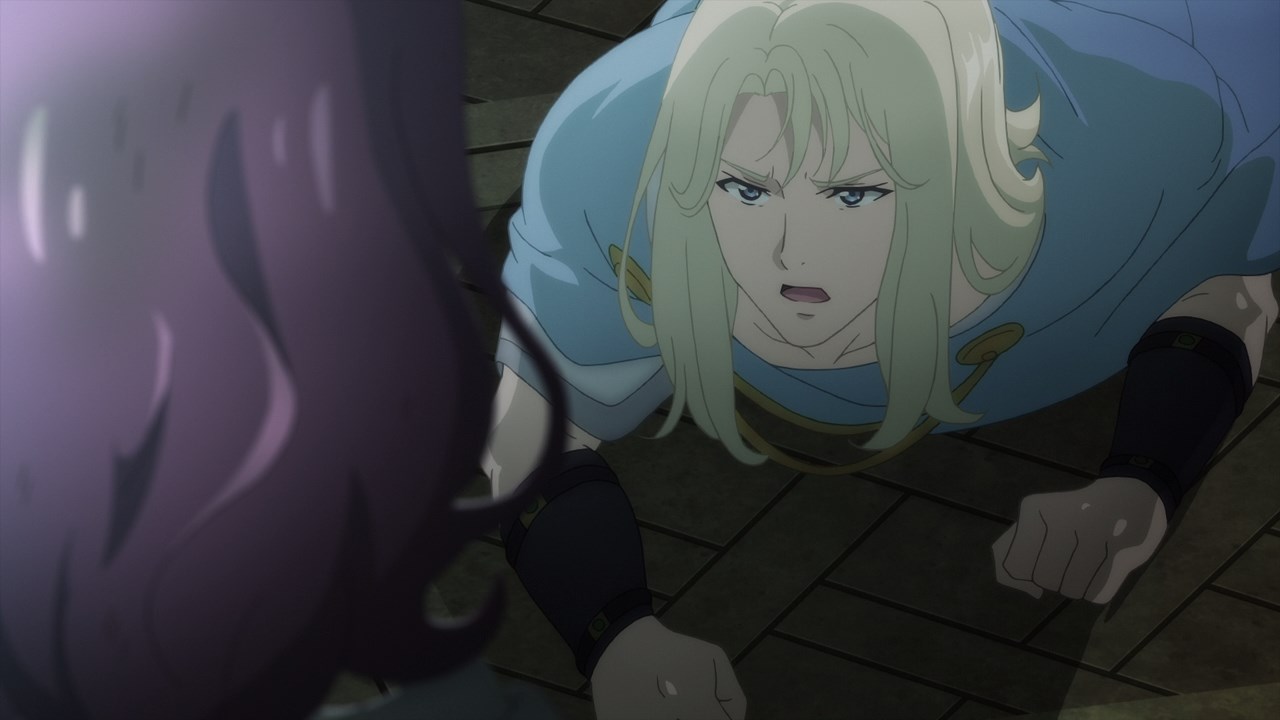 Still, the king needs to do something to make his country better, although he’s doubtful about his abilities to lead the kingdom. 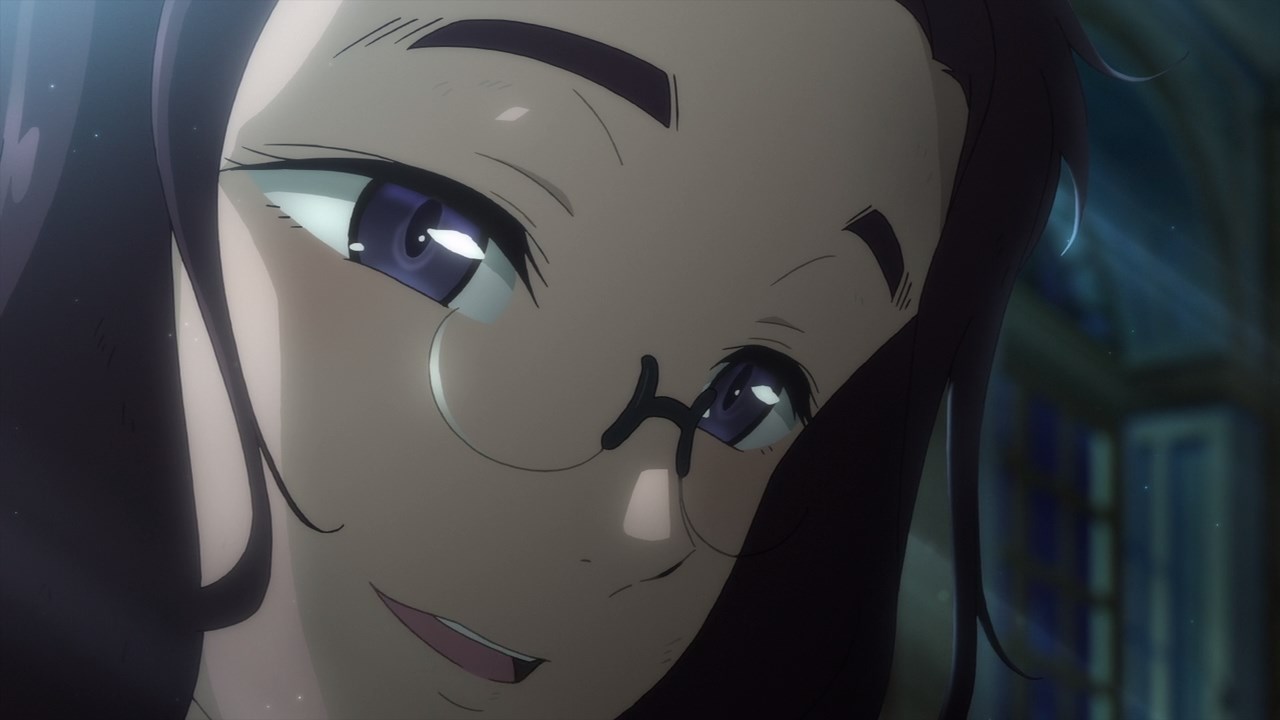 Fortunately, Eihemia is here to help the king out as the Quicksand Witch got her magic back and she can finally speak to him. It’s all thanks to Elaina and Saya for restoring her magic. 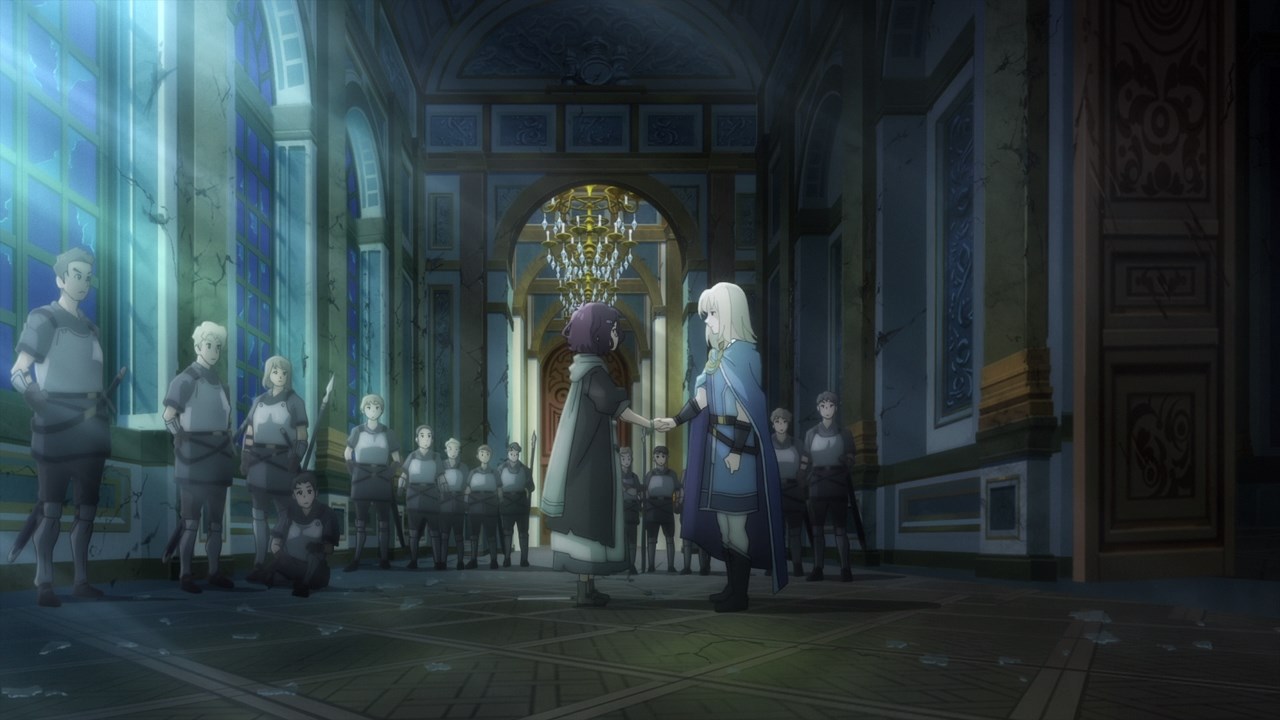 In the end, the king apologized to his people for forcing them to tell nothing but truths. I don’t know how will he make his country better, but at least the king isn’t some idiot as he has good intentions. 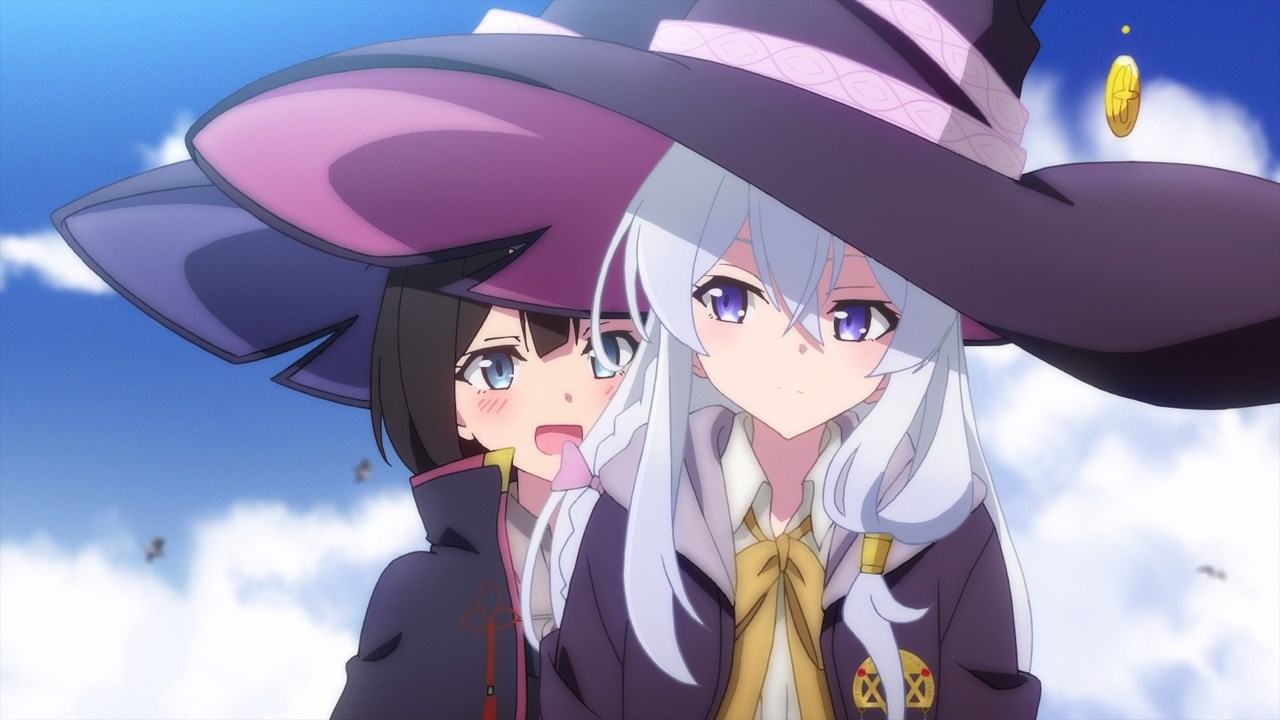 One last thing, looks like Saya wants to give something special to Elaina before she goes to another country. Then again, I wonder when will the Charcoal Witch see her little sister again? 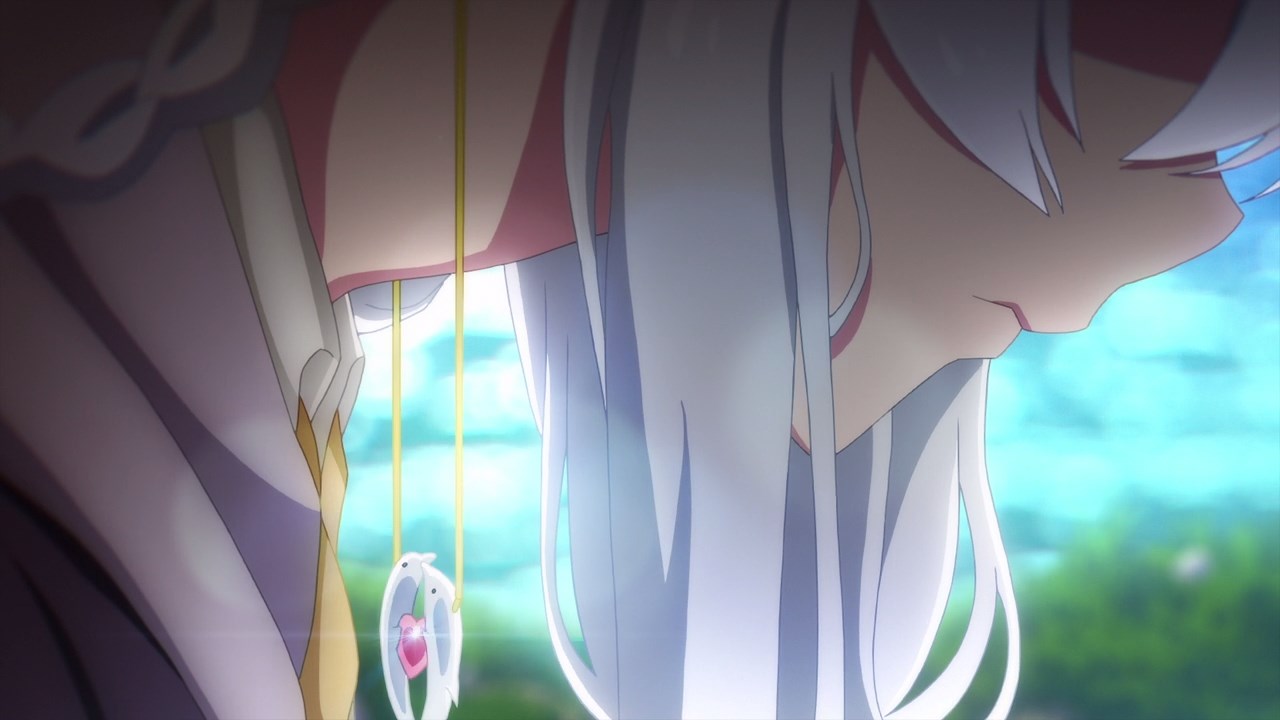 Anyways, Saya gave a pendant to Elaina where she saved all of her money just to buy a special gift for her friend. 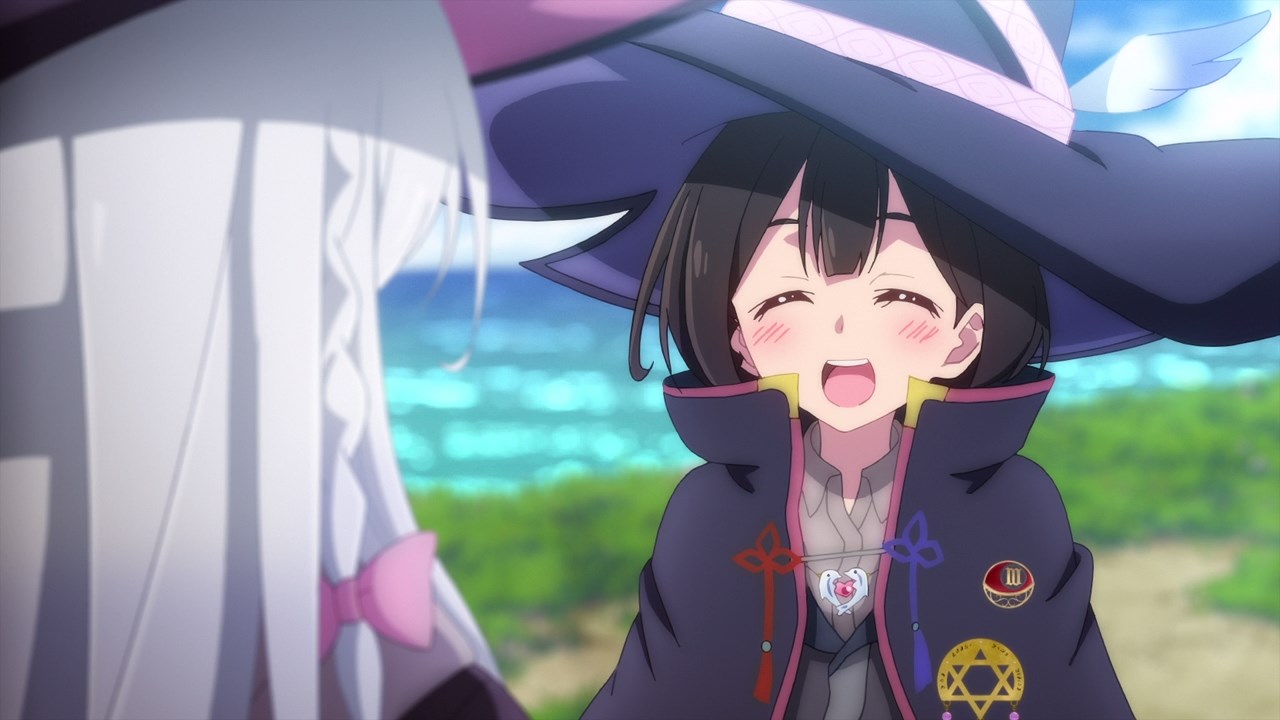 Oh, and they have a matching pair too which is nice since Saya is very close to Elaina.

While they’ll meet again in the near future, I’ll see you next time as the Ashen Witch will visit another country. I can’t wait for it!