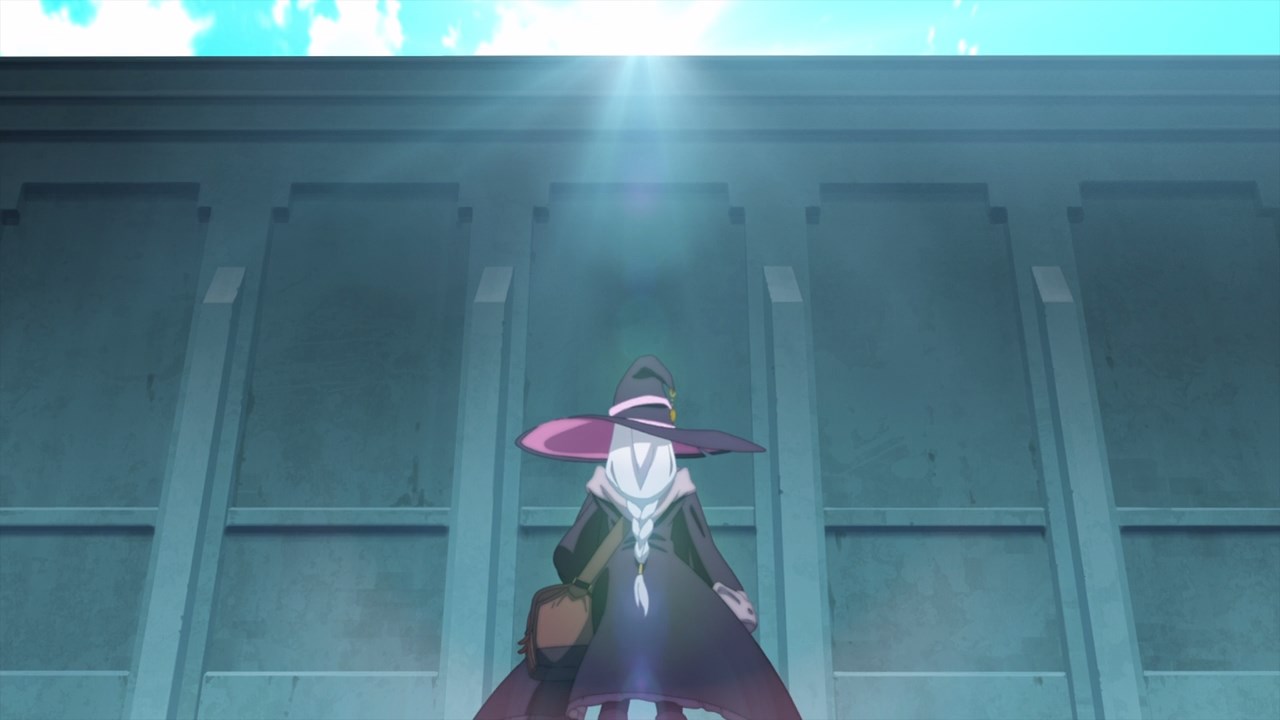 Looks like we got a double-feature on this episode and we start things off as a certain Ashen Witch visited a country where two sides are separated by a large wall. Both sides don’t want to talk each other but at the same time they don’t like being left out. 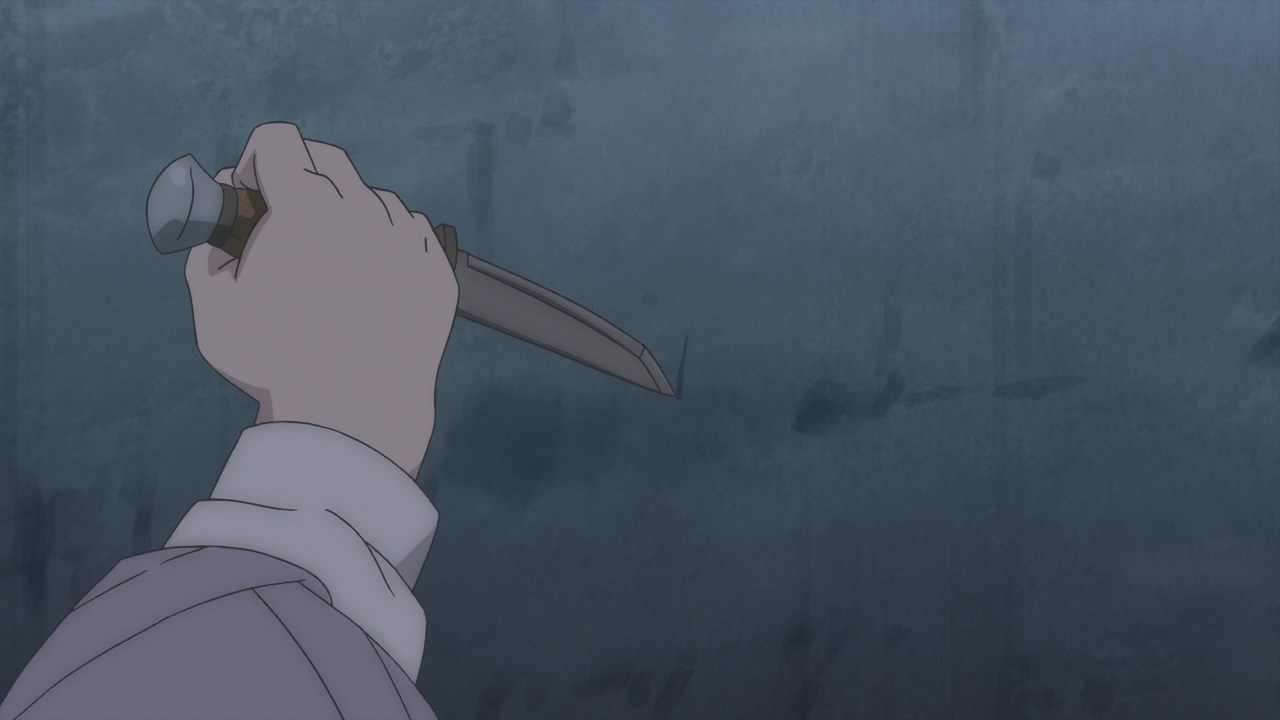 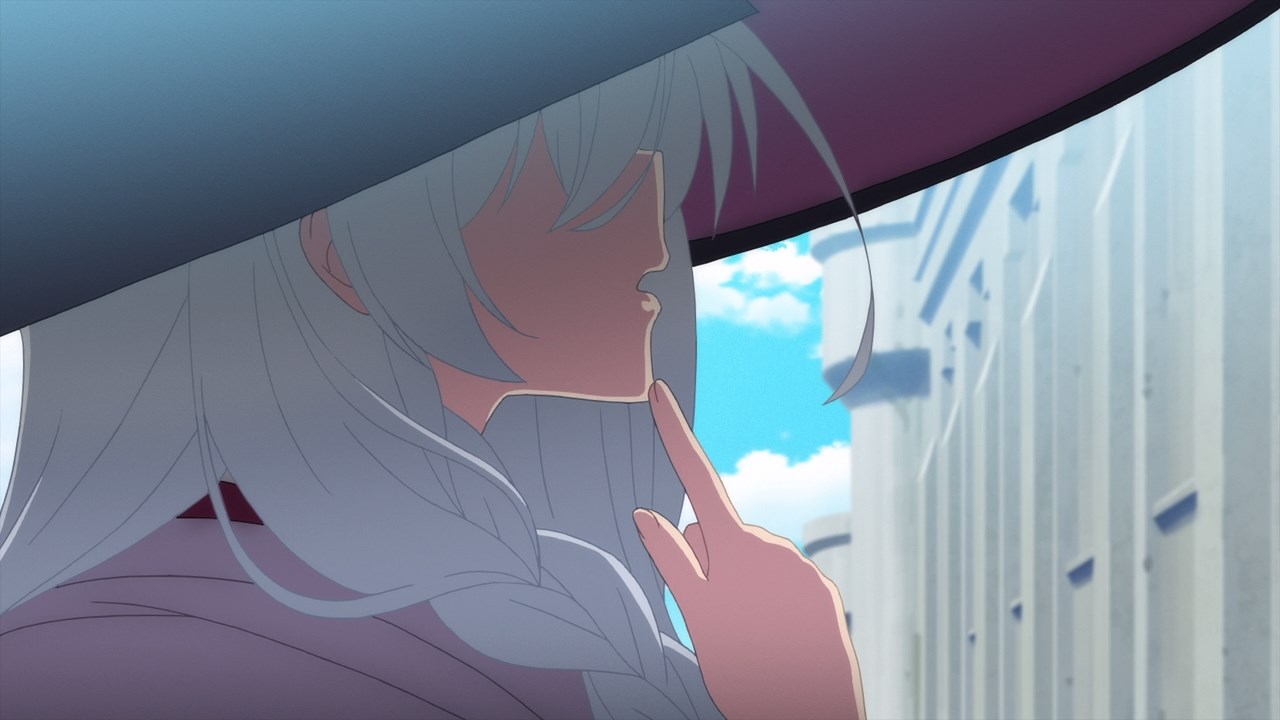 That’s where Elaina decides to take out a knife and carve out a message on how this side is better than the other. 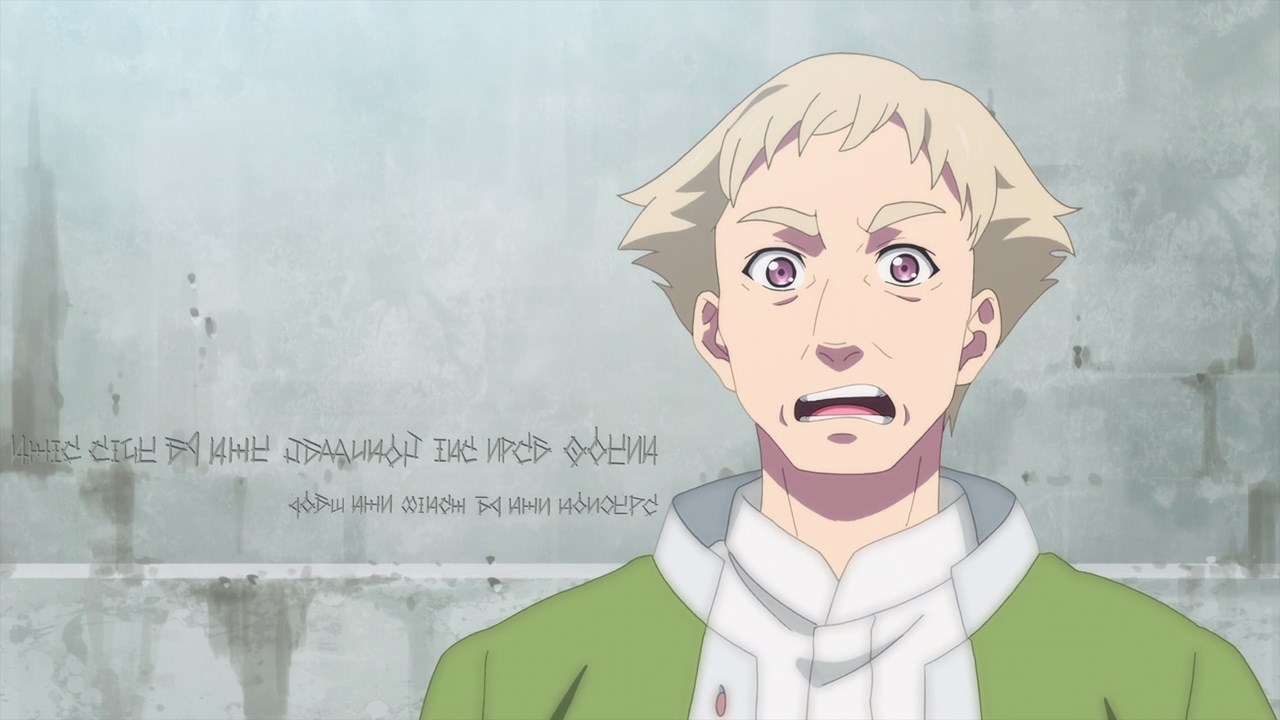 Of course, this green shirt official told Elaina that it’s not gonna work. Well, that’s until the Ashen Witch did the same thing on the other side. 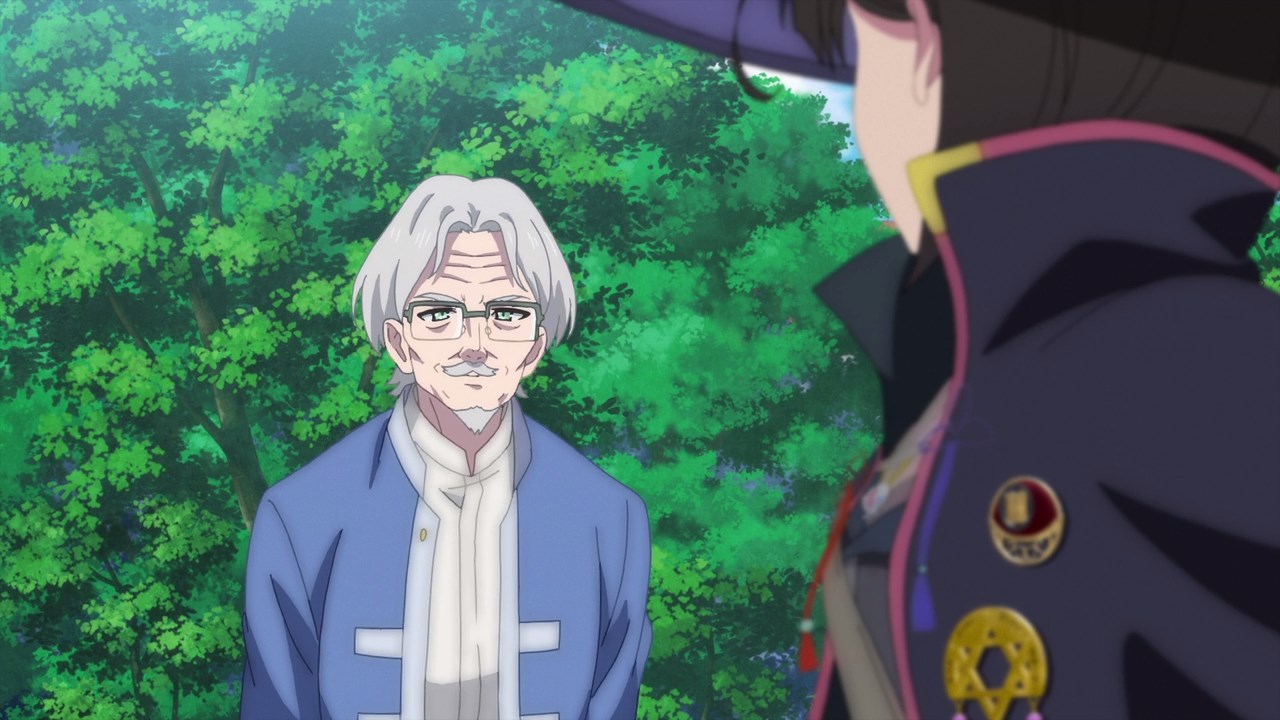 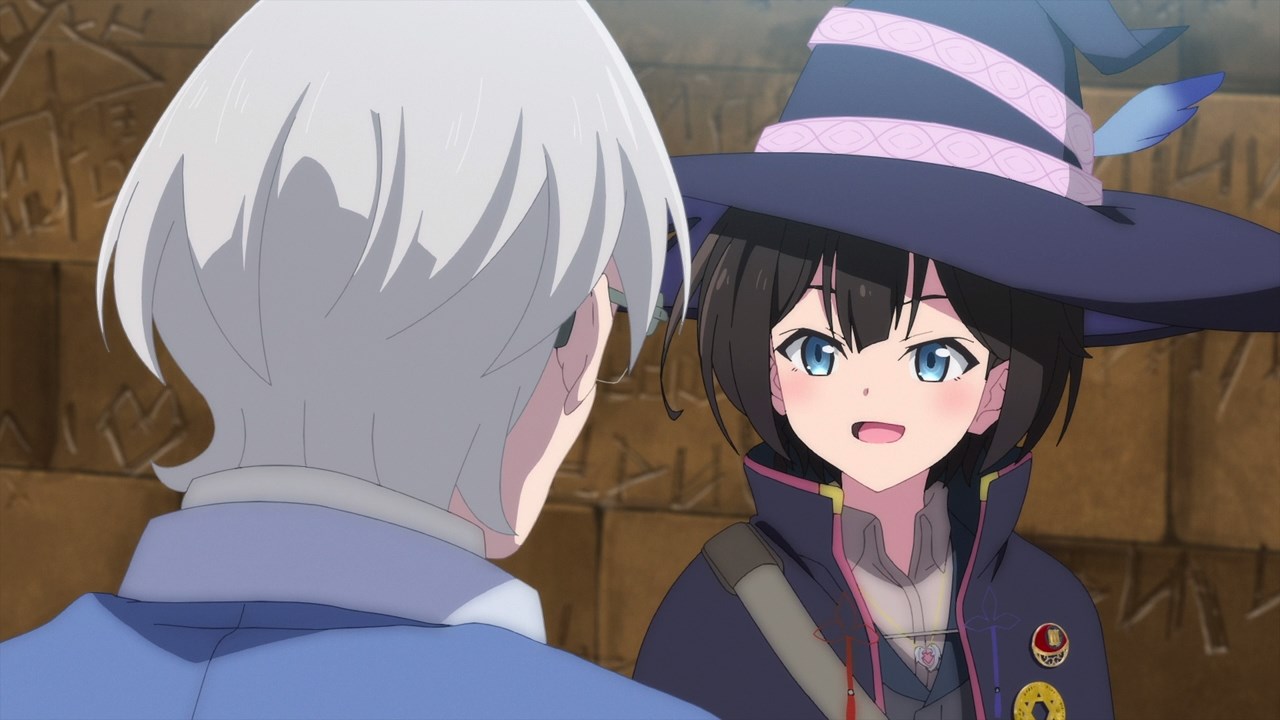 Said witch happened to be Saya as the Charcoal Witch agreed to write something on the wall. Then again, I’m scared on what she’s gonna write. 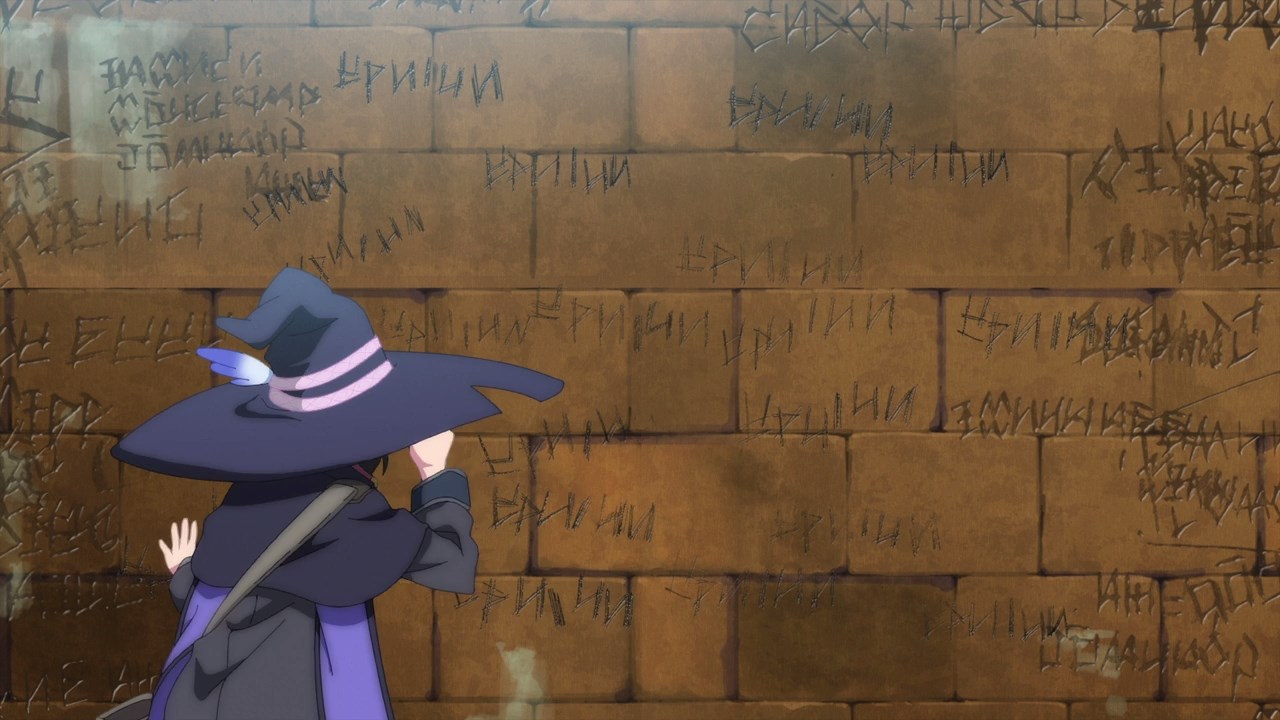 With that said, Saya wrote “I love Elaina!” many times over that the official called her out for writing her carnal desires. Unfortunately, there’s no stopping the Charcoal Witch at this point. 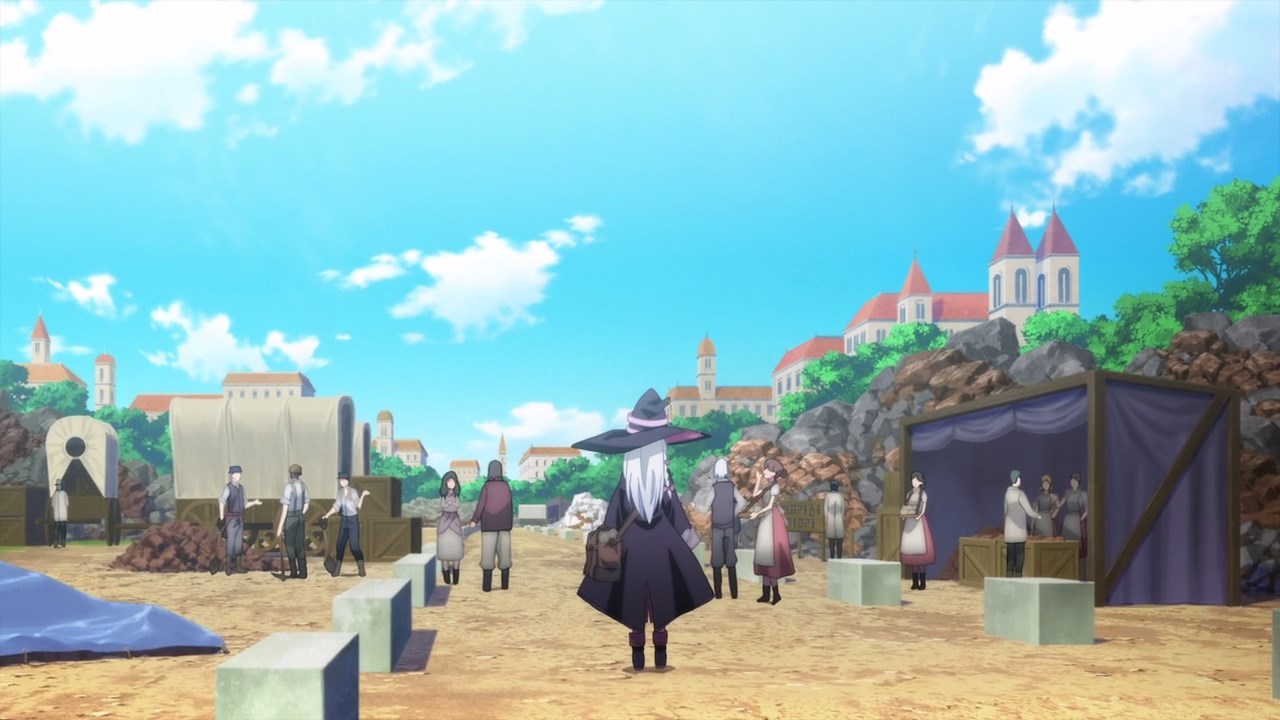 Many months later, Elaina returned to the country, only to find the wall already dismantled. So much for the Ashen Witch writing something on the wall. 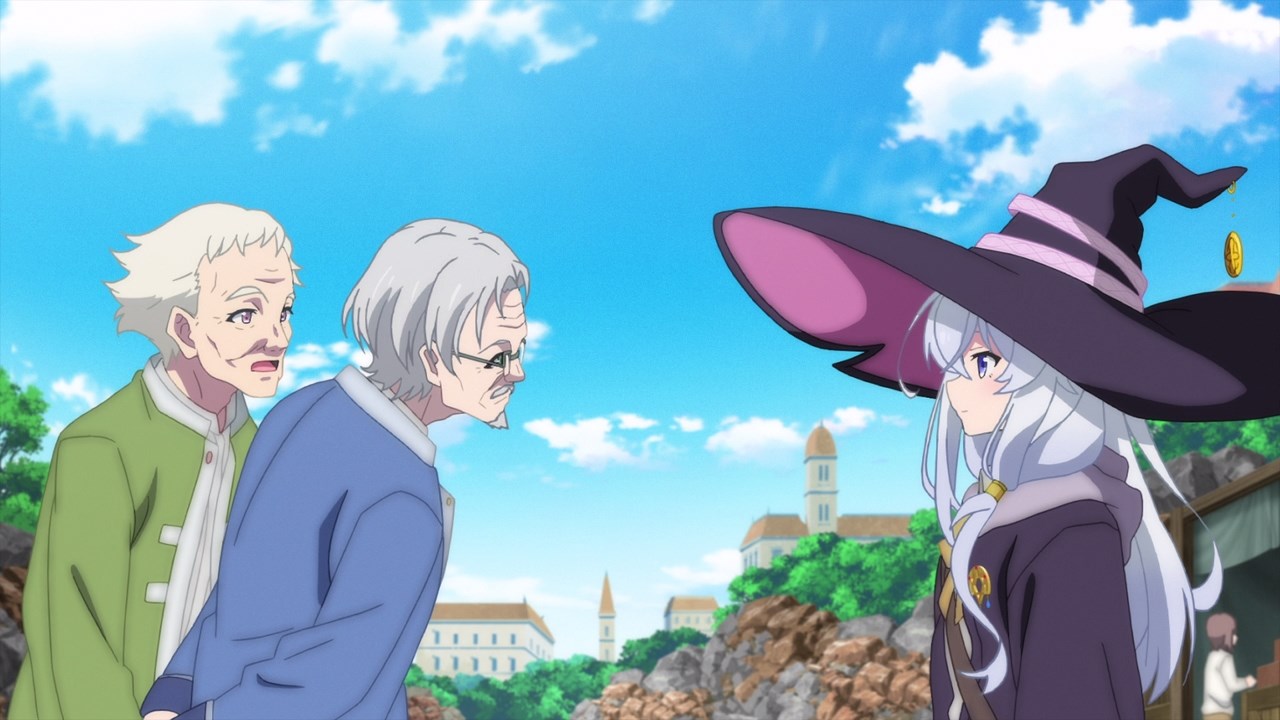 Oh and both officials are here to explain to Elaina that the reason why the wall was destroyed is that there’s no point of having people write messages over it. 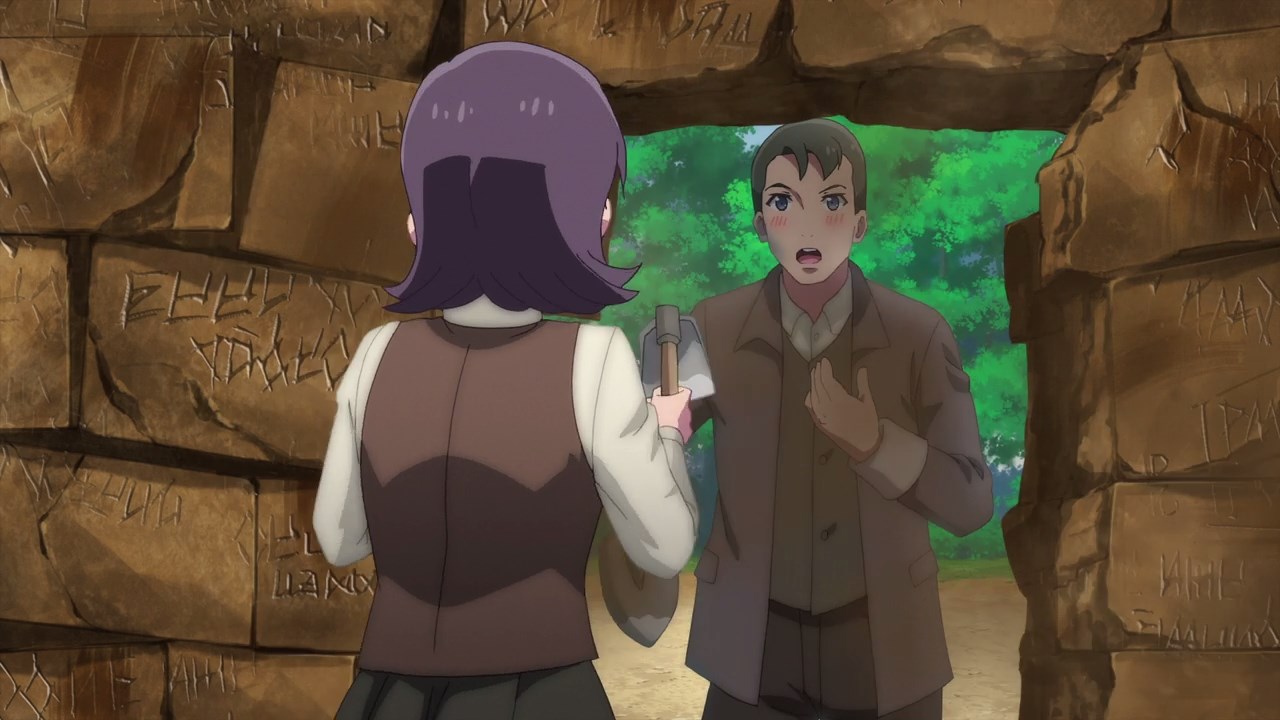 Oh yeah, let’s not forget that they wrote some embarrassing messages over there, which is why both sides decided to wreck the wall and reconciled.

C’mon, there’s no need for both sides to compete over such petty things but hey, looks like Elaina is done with this country as she moves onto the next one. 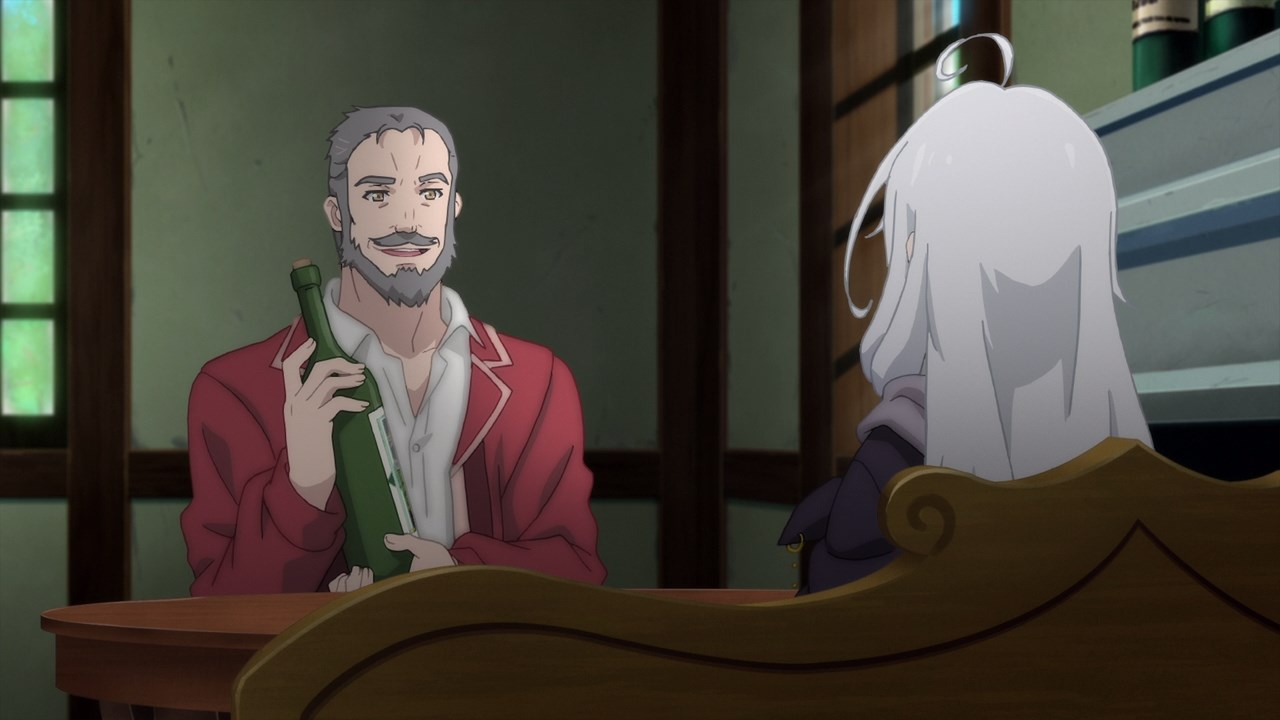 Now then, Elaina went to a country with a strong winemaking tradition, but the mayor of “this village” (Yes, that’s the name of it) asked the Ashen Witch for help as “that village” is getting prosperous on their wine. 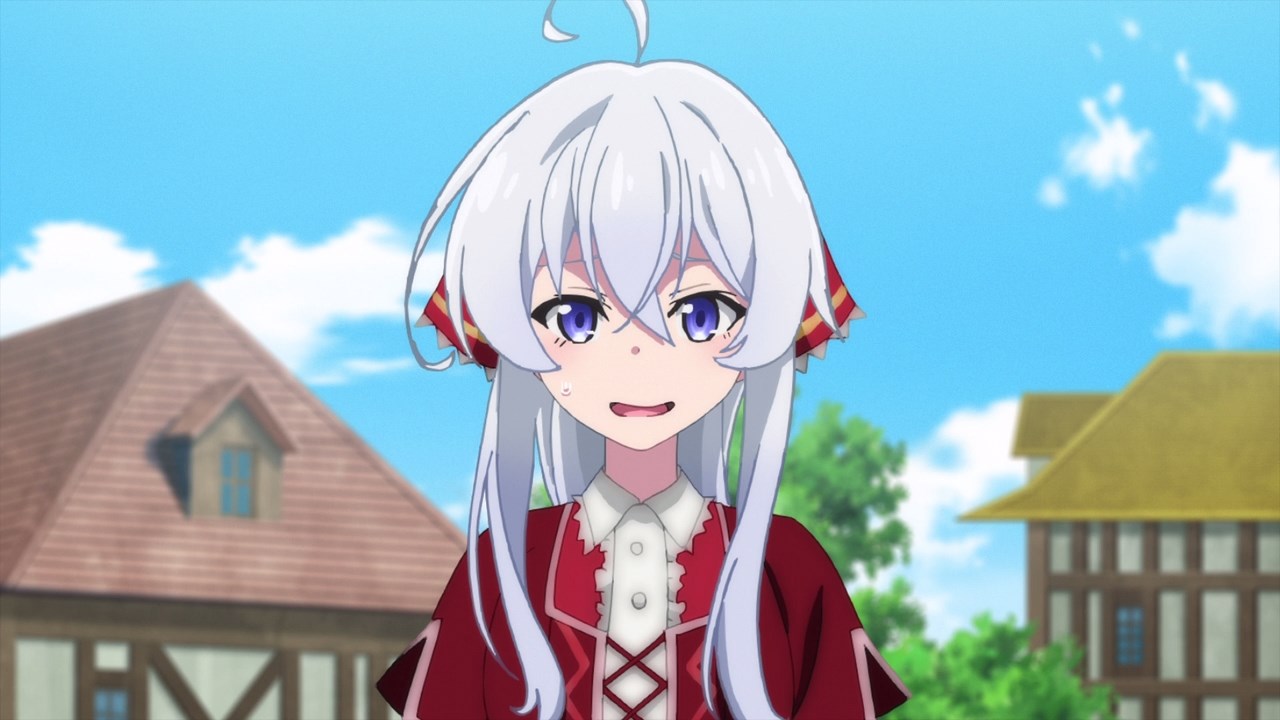 And the only way for the Ashen Witch to help them is to become a maiden who crushes grapes with her lovely feet.

Damn, the guys sure wants her to step on their grapes but you know something, there are plenty of girls who can do that. 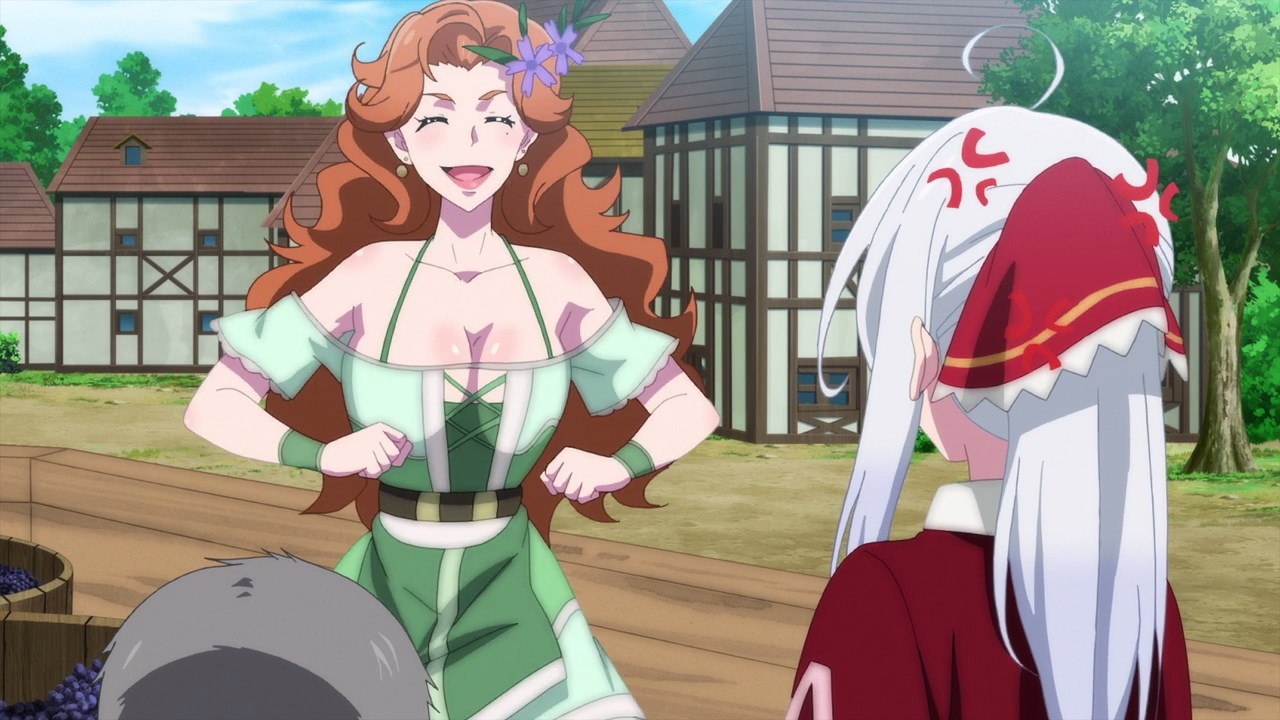 Oh yeah, here’s Rosemary where her side is booming because of her wine. I mean, she has nice tits after all!

Oh, and Rosemary mocked Elaina for diminutive size of her chest. I smell war incoming… 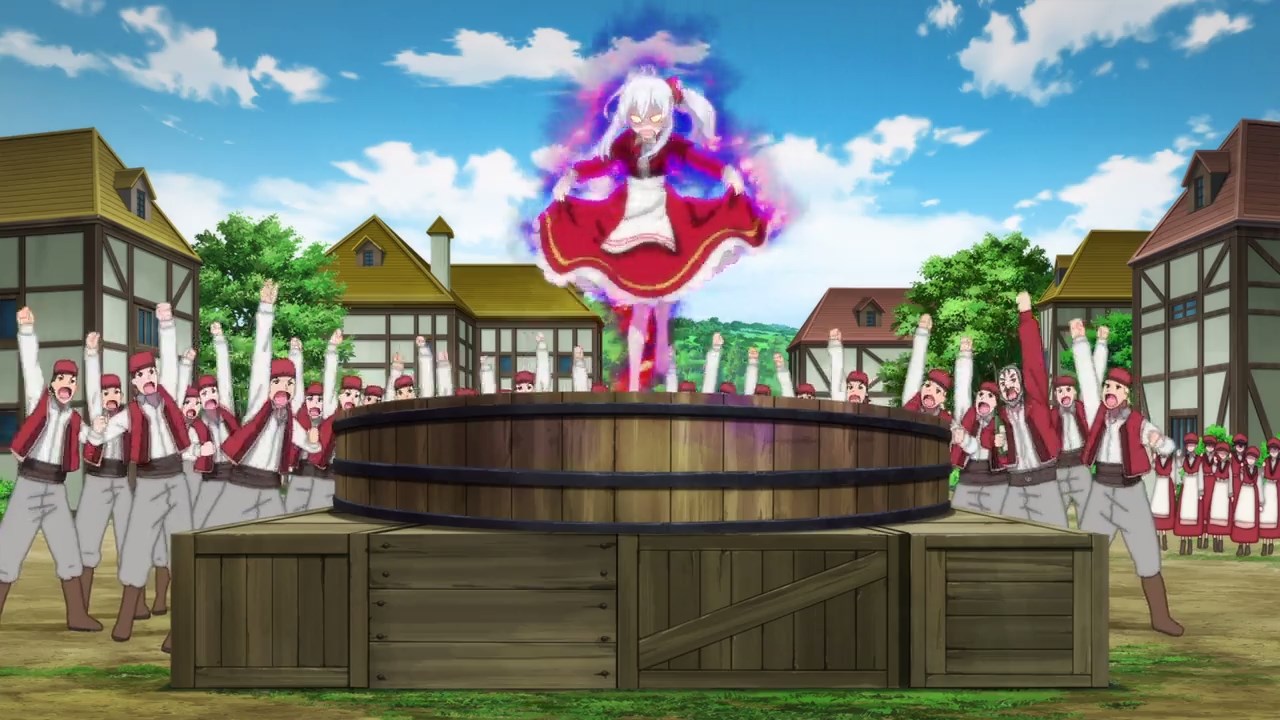 With that said, the Ashen Witch accepted the challenge as she violently stomps on the grapes. Yeah, she doesn’t like anyone mocking her stature.

Of course, it’s not enough for Elaina to produce red wine and really, the mayor should ask the ladies to help Elaina out! Seriously, how come Rosemary’s side produces more wine that bears her image? 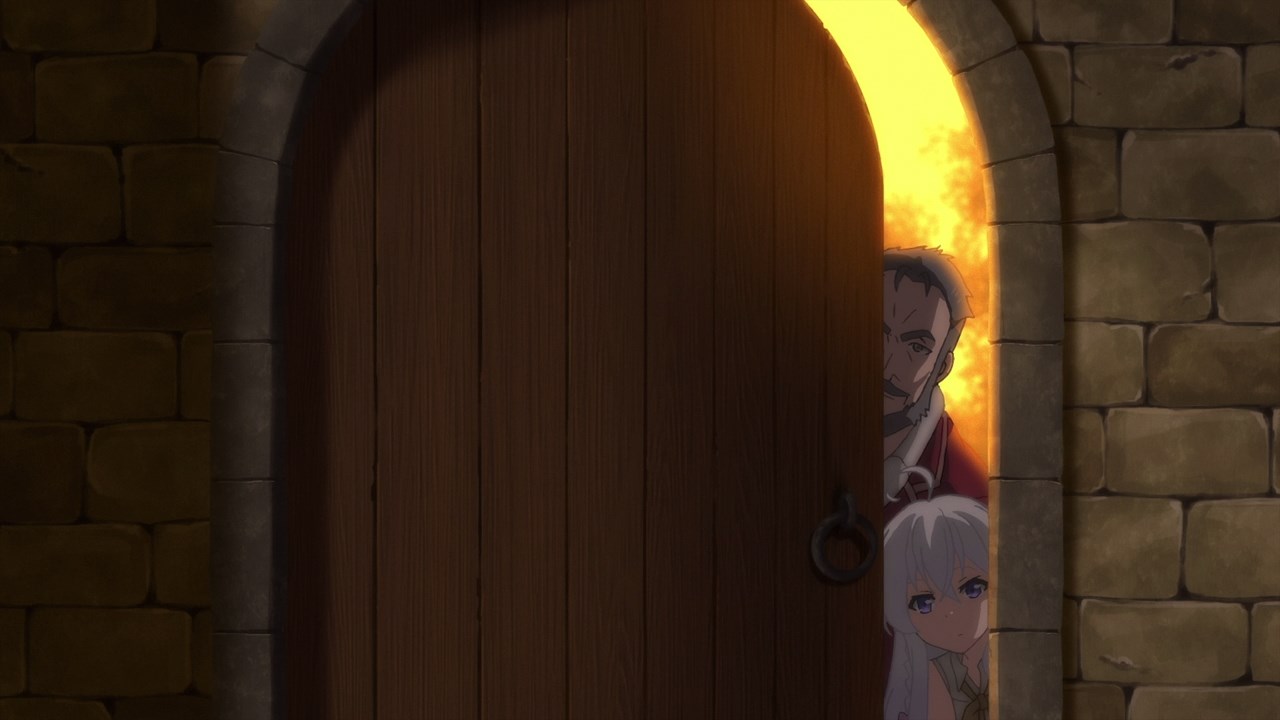 Well, we should find out as Elaina and the mayor went to the other side to find out the truth. 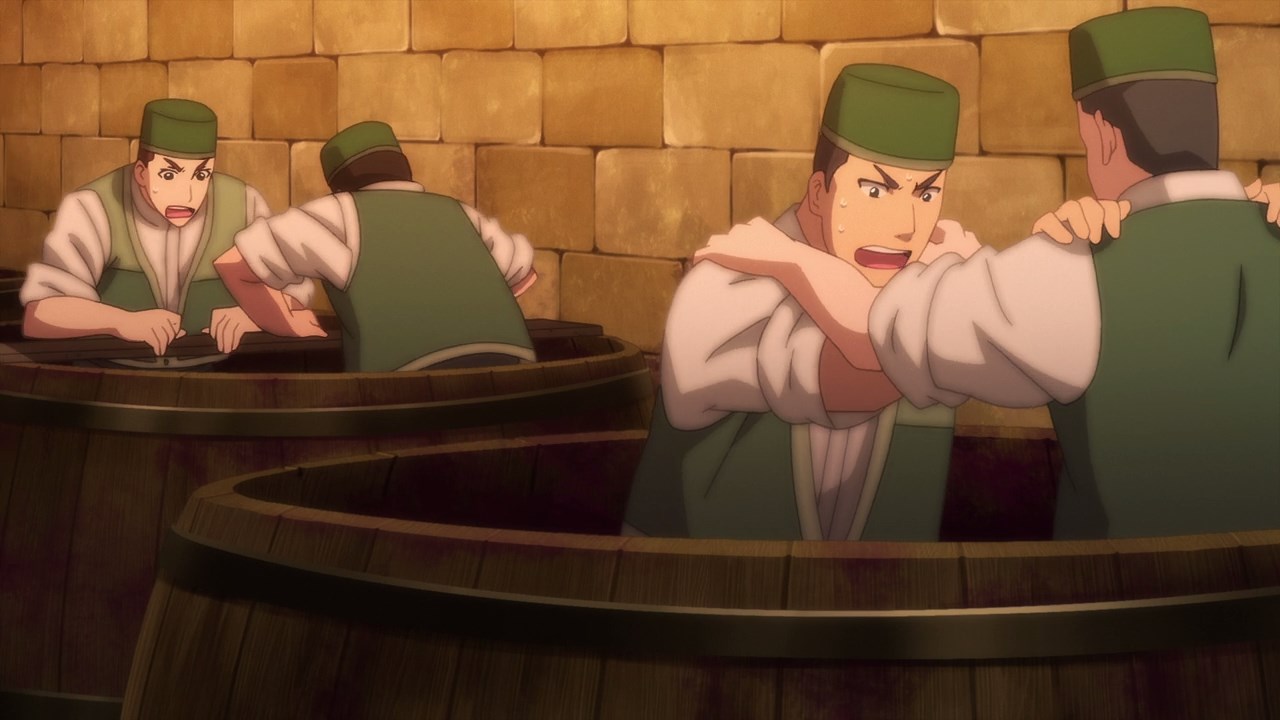 And it turns out that it wasn’t Rosemary, but some dudes who stomps on grapes every day. Man, what a fraudulent discovery there! 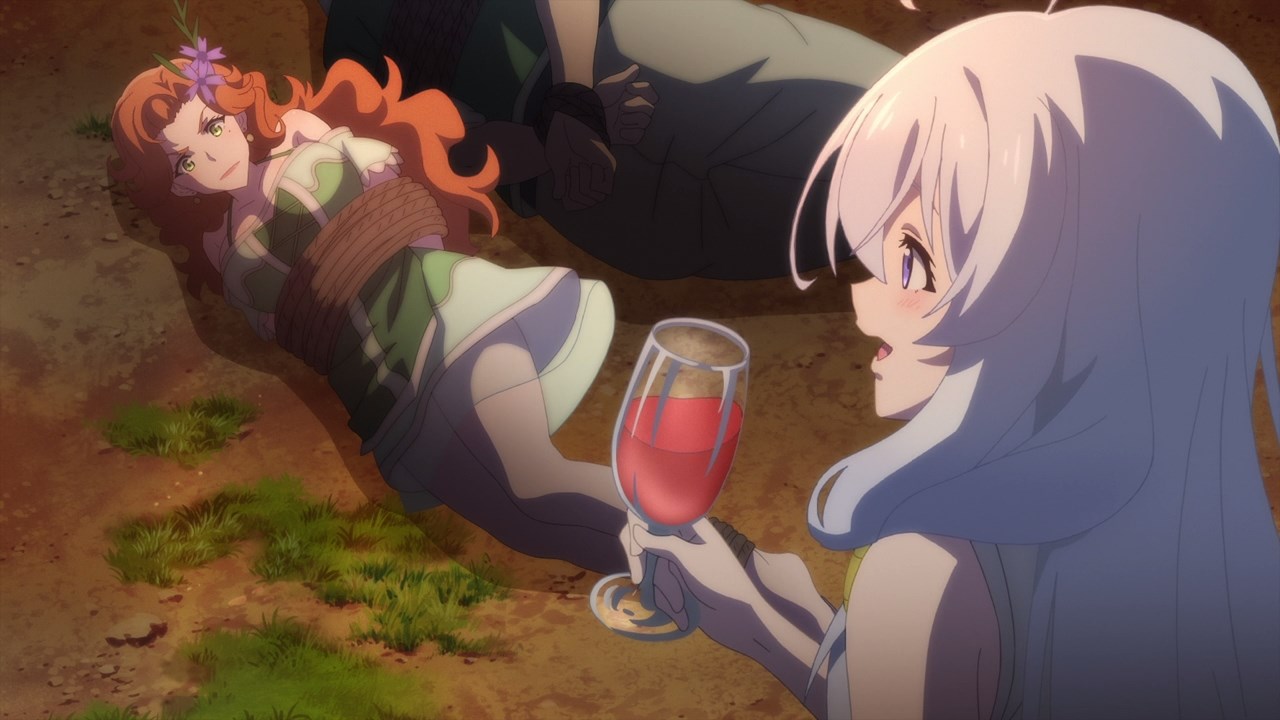 With that said, Elaina rope Rosemary in as demanded her to apologize for misleading everyone, although the Ashen Witch admitted that the wine is good.

C’mon, that was very underhanded but you know something, Rosemary should recruit some ladies to stomp those grapes and not some burly men. 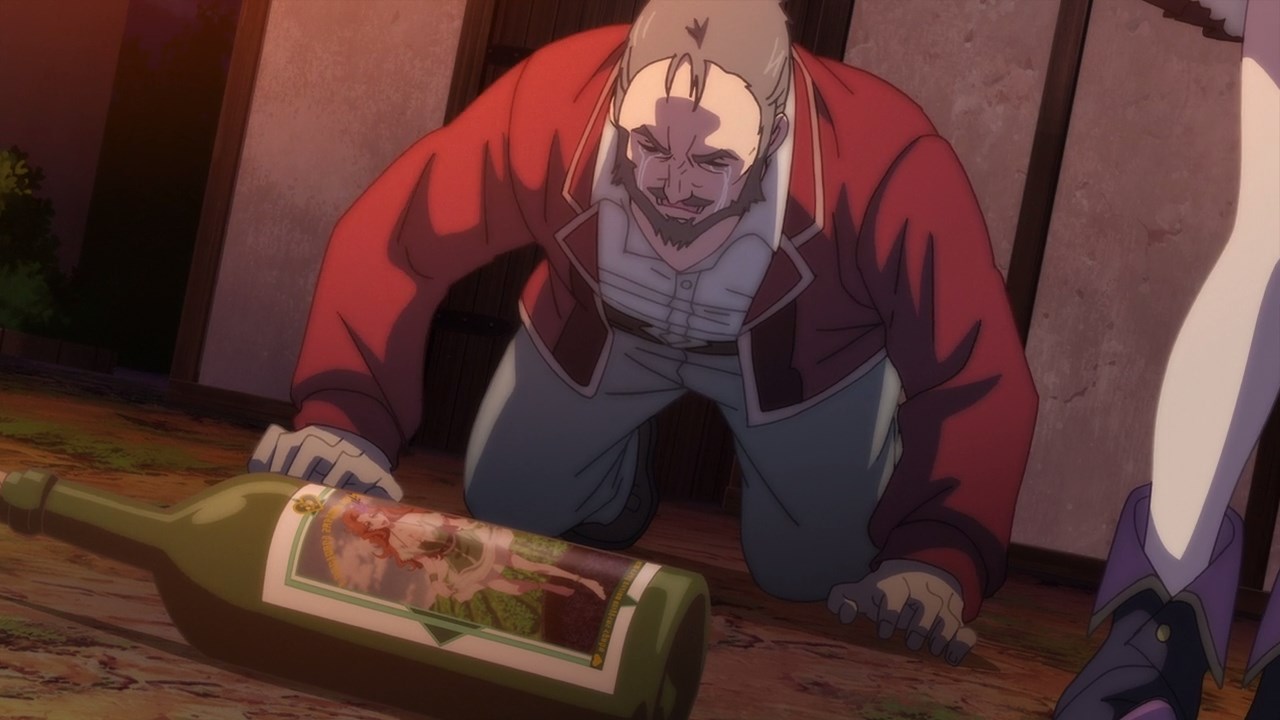 Of course, the mayor was devastated that the wine bottle that has Rosemary on it means nothing now. Poor guy… 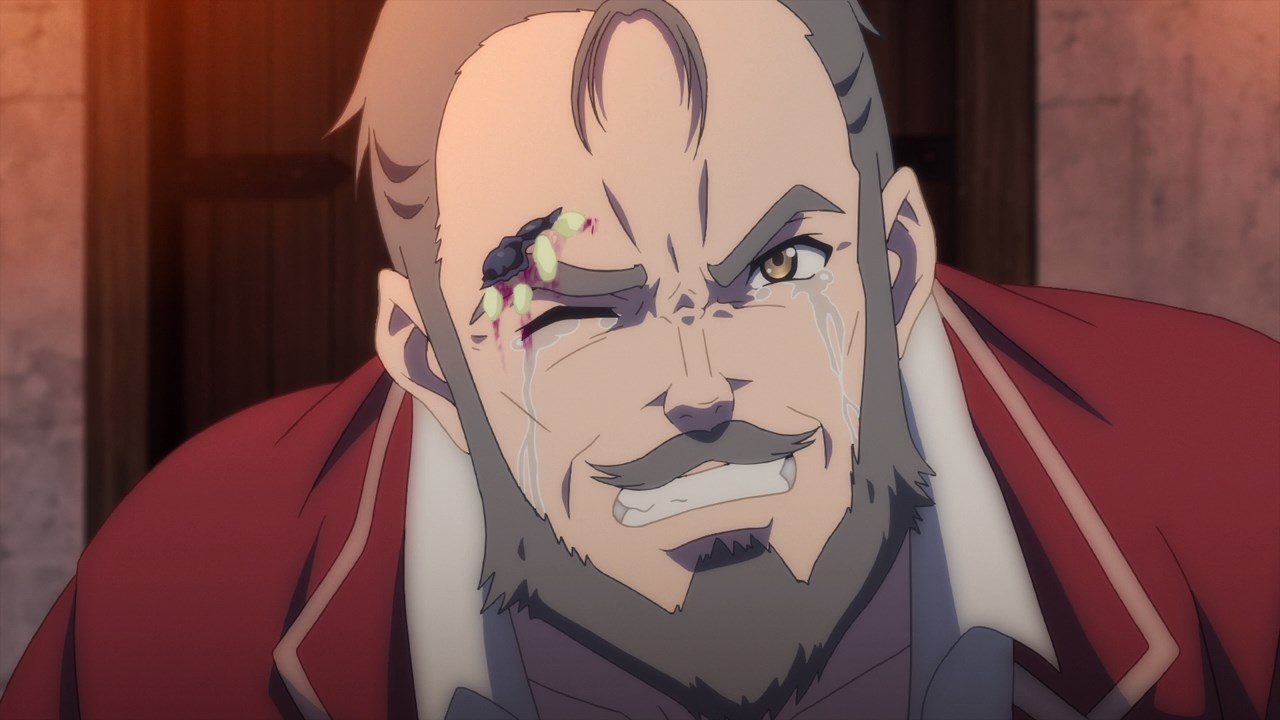 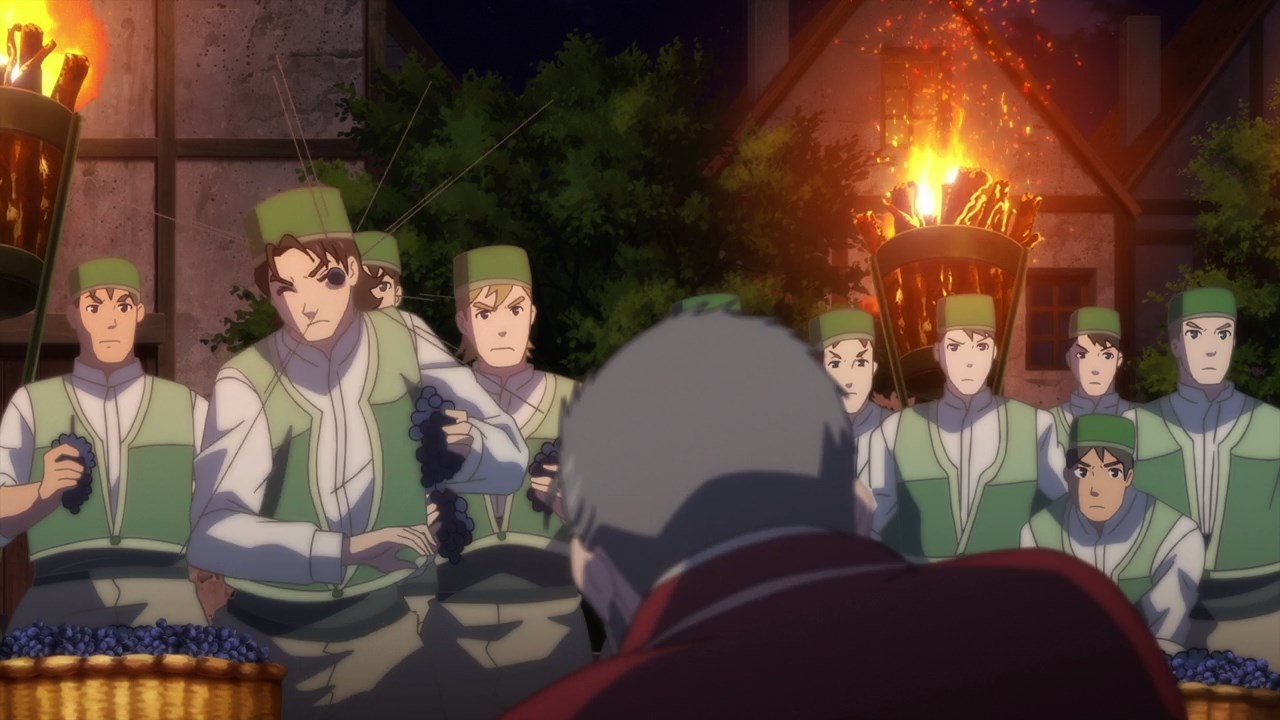 Unfortunately, both sides have decided to wage war by throwing grapes at them. Sure that it’s a waste of food but man, they’re getting petty over red wine! 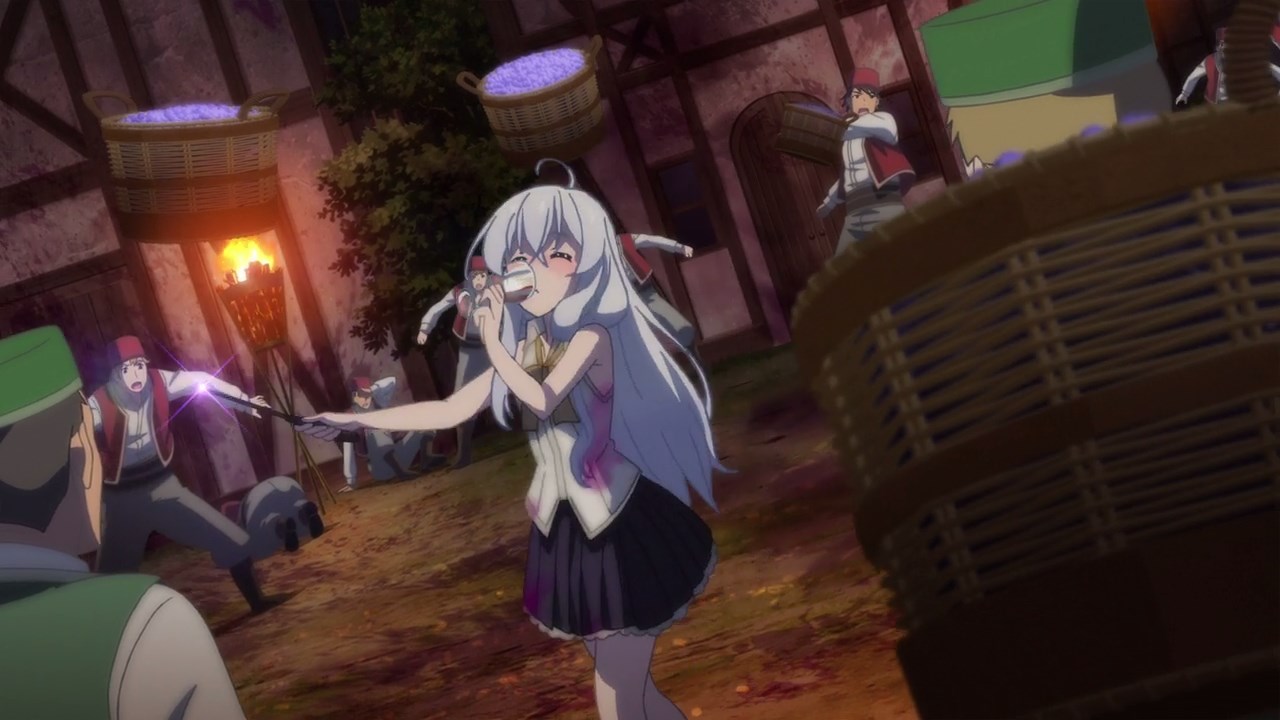 But, it gets worse when Elaina got tipsy and casts magic like she doesn’t care about everything. You know something, is she underage to drink wine in the first place? 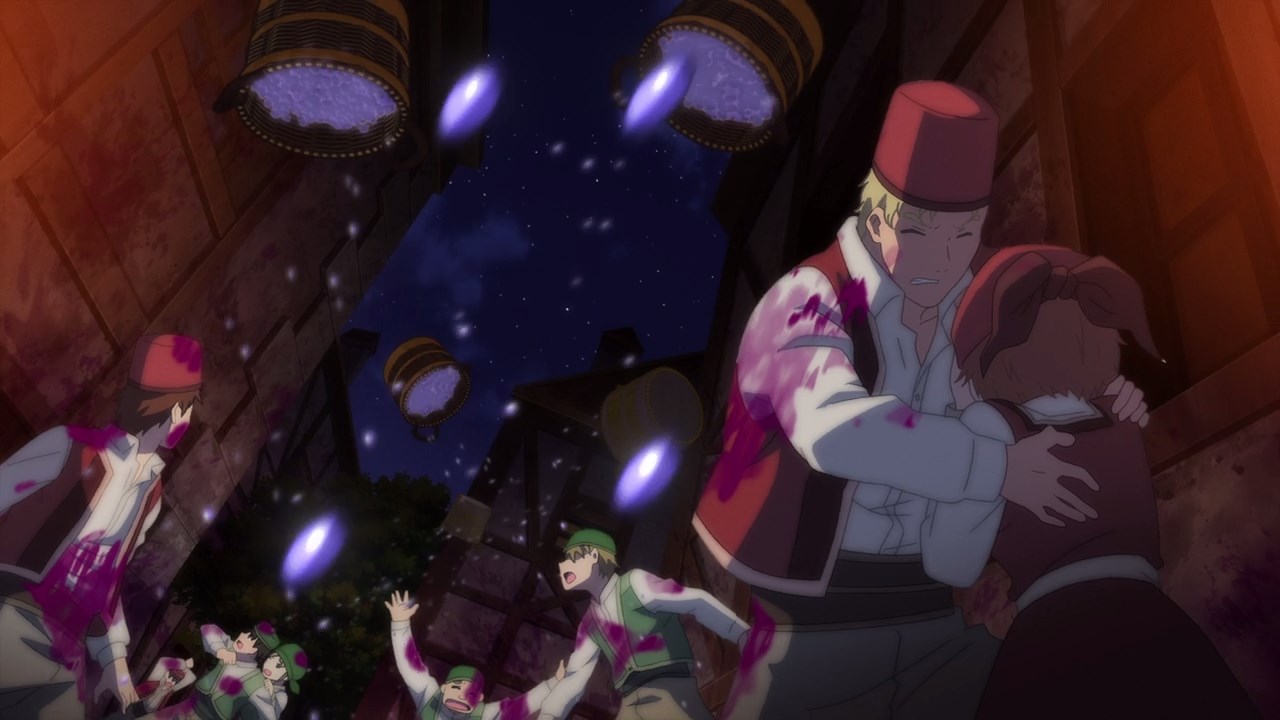 In the end, both sides agreed for a truce as it’s pure chaos when the Ashen Witch is on a drunken rampage. But, there’s some good news out of it as not only they decided to work together, but they made throwing grapes as a tradition.

Oh and as for Rosemary? She got married to the mayor and she’s now stomping wine. Glad that there’s a good ending! 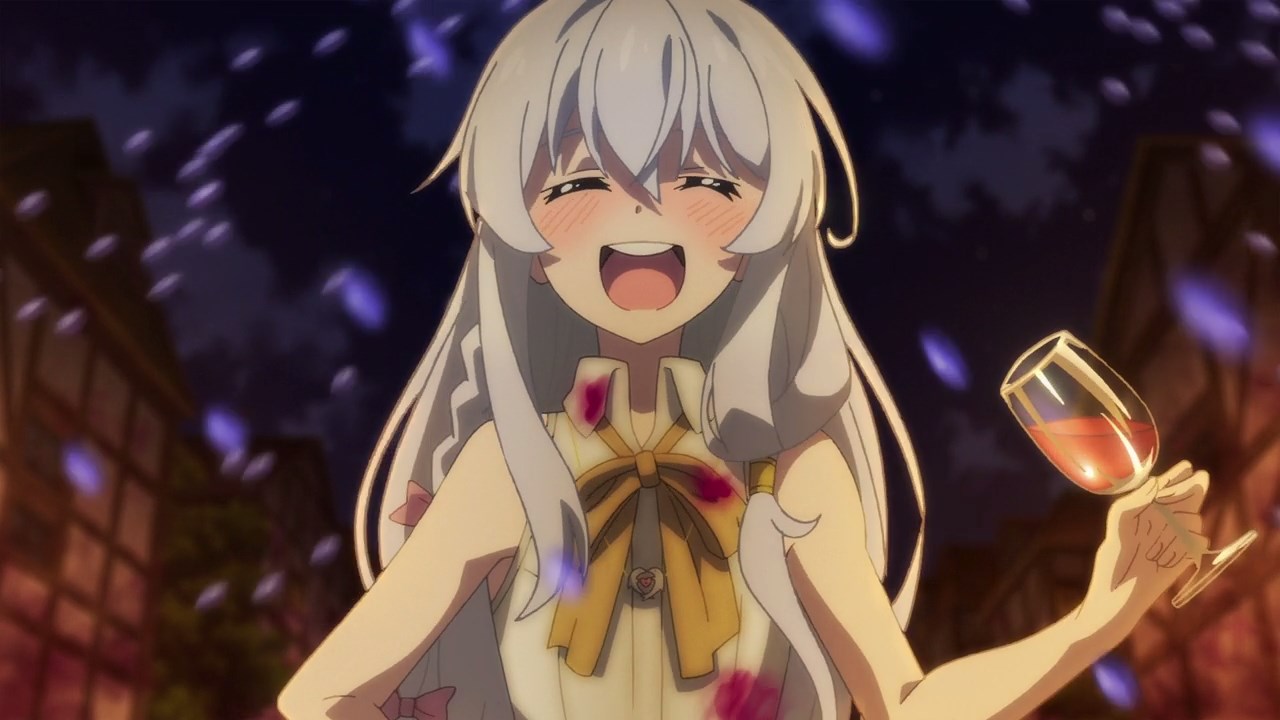 So what have we learned on this episode? Well for one, it’s pointless for both sides to fight each other as reconciliation and cooperation are important.

Oh and another one? Never let Elaina drink wine or any alcoholic drink ever again. But that’s about it for this episode as I’ll see you next time!