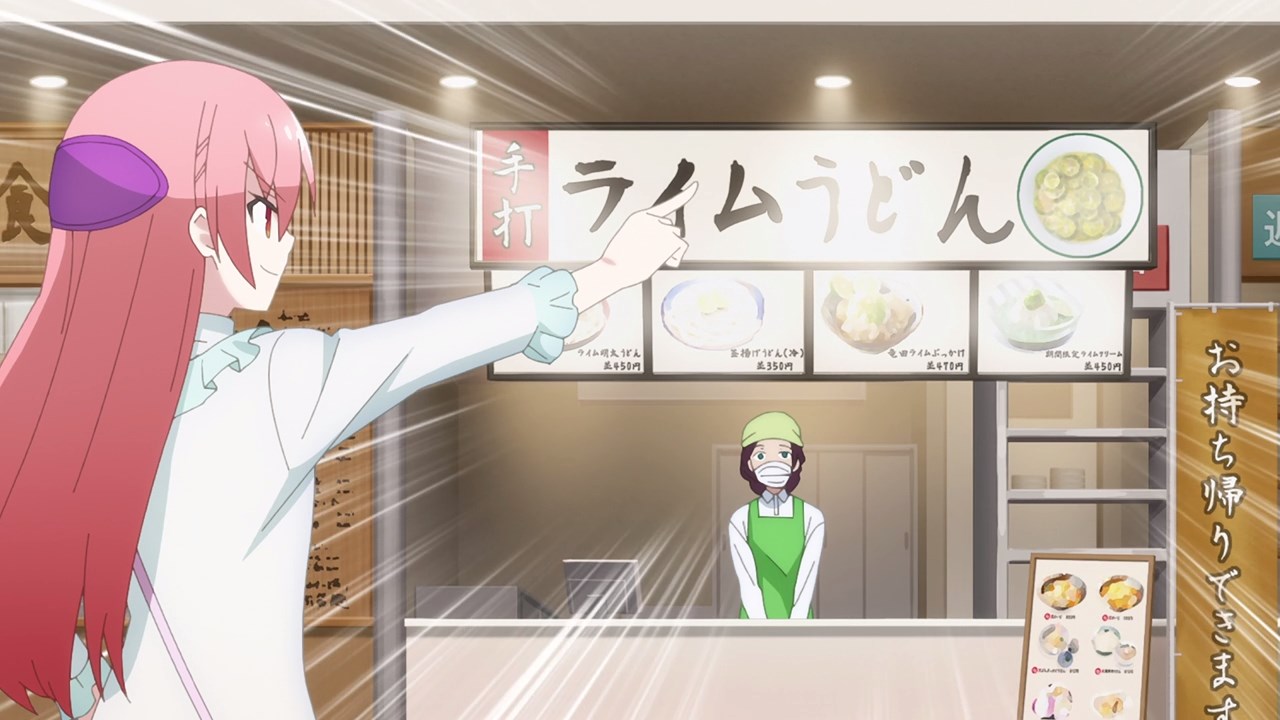 Well everyone, it’s time for the couple to spend their time finding rare delicacies at a food court, as Tsukasa Tsukuyomi told Nasa Yuzaki that they must try eating the Hirunendesu lime udon. 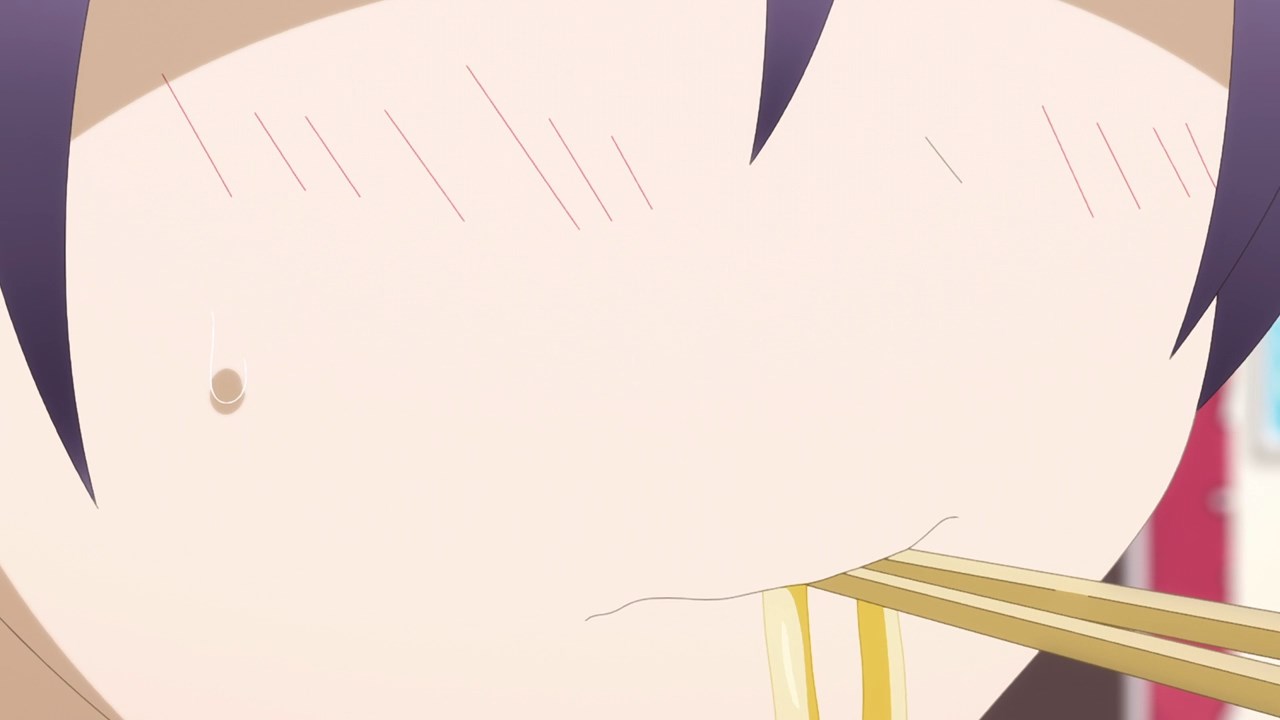 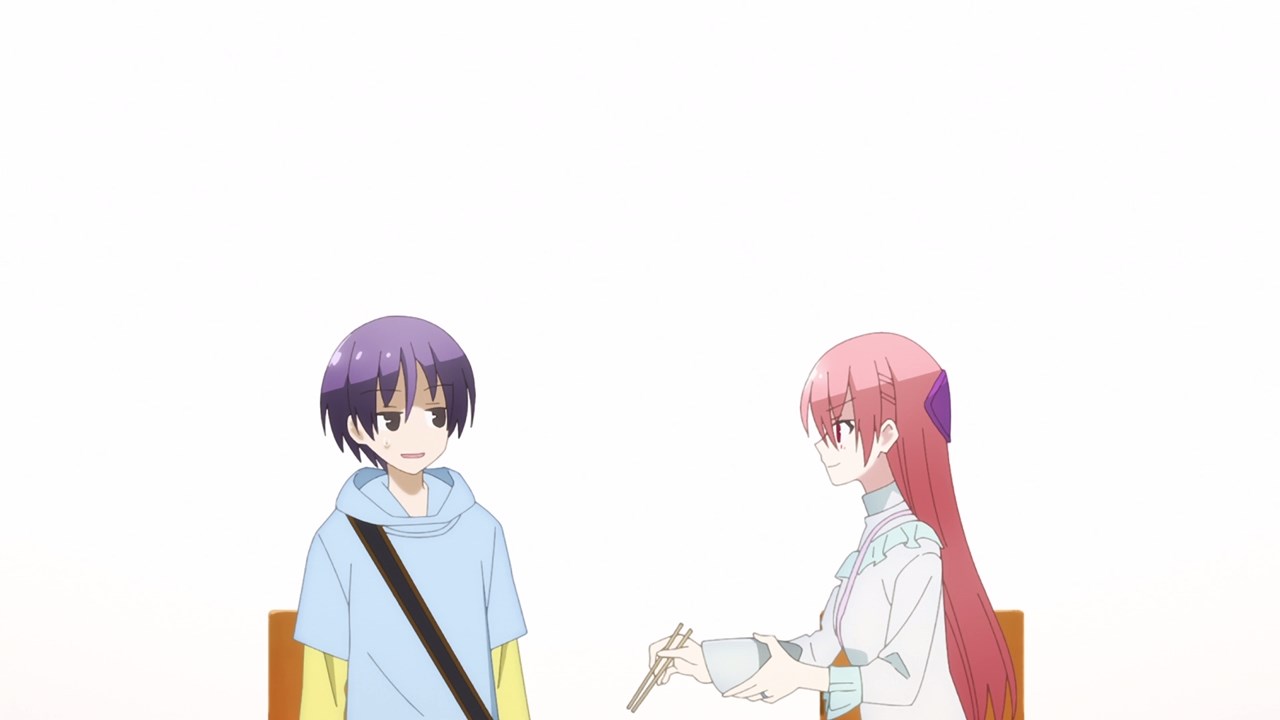 On second thought, eating udon with a citrus soup is somewhat… unremarkable. In fact, they found it a bit lacking upon tasting it. 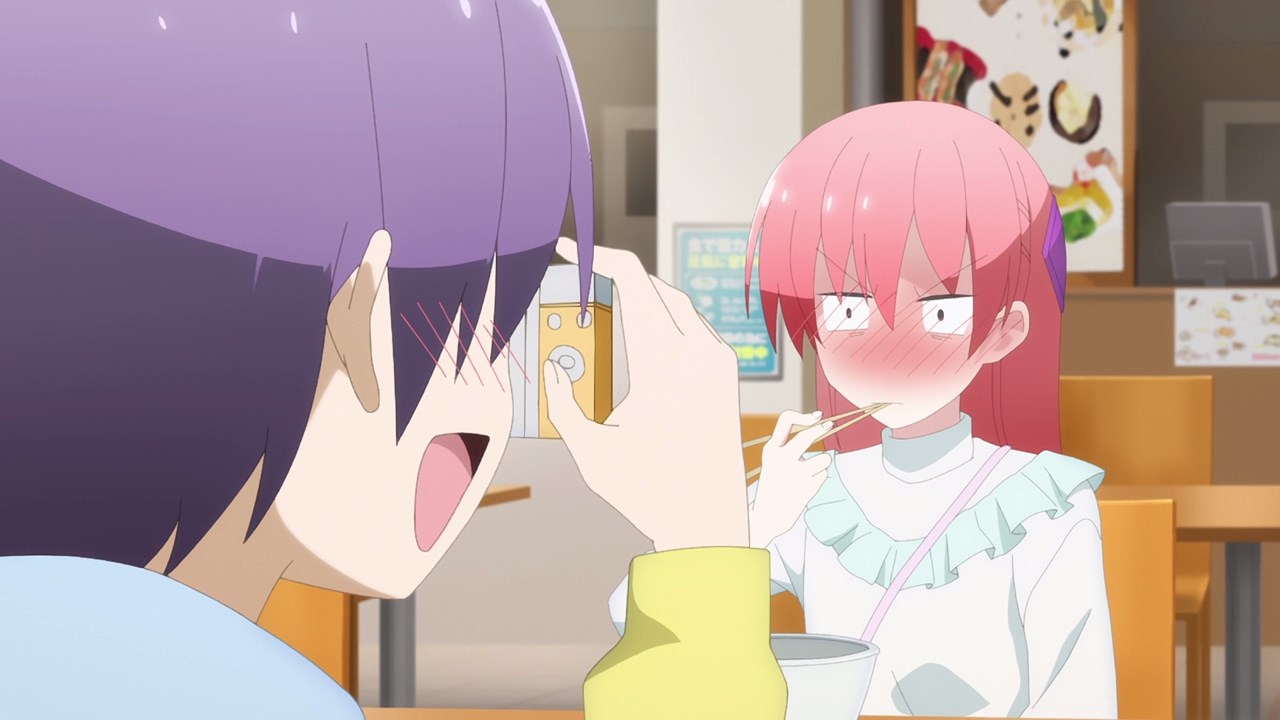 On the other hand, seeing Tsukasa-chan eating a slice of lime is very cute as Nasa-kun took a picture of it. Oh Yuzaki, you sure want to tease your wife very much! 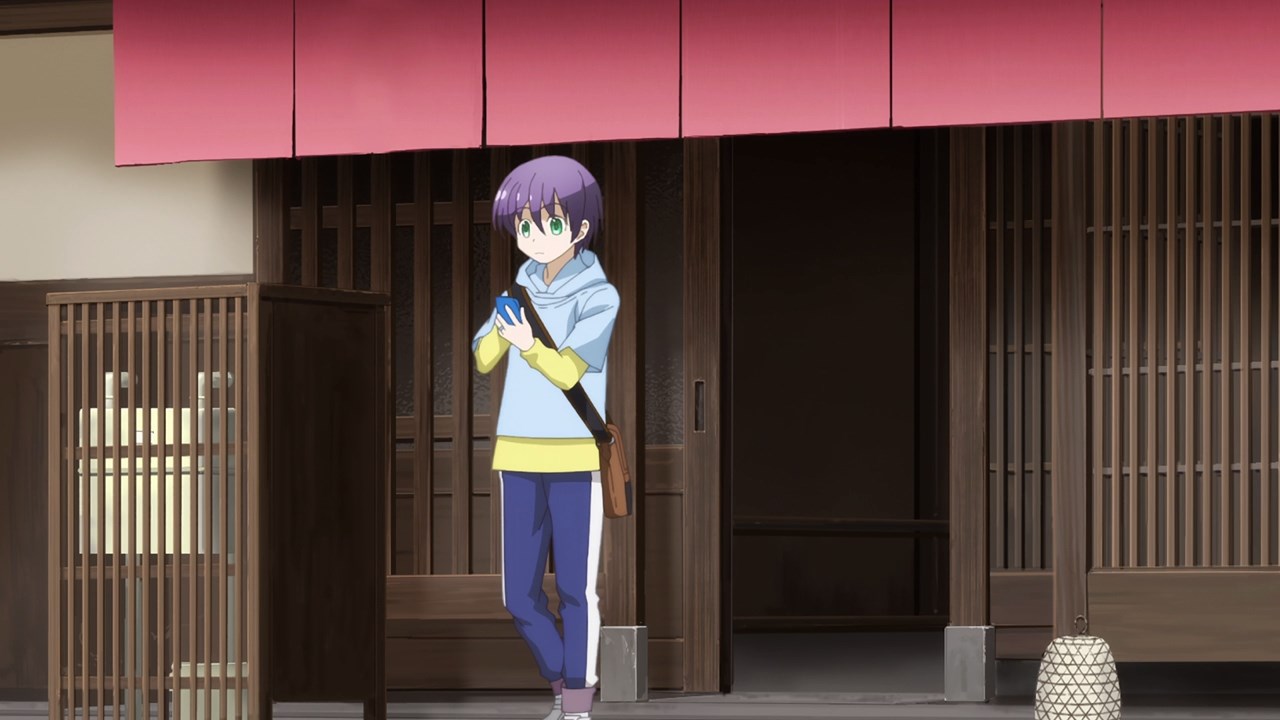 Now then, they arrived in Kyoto where they continue their sightseeing across historical places and some interesting attractions like the International Manga Museum. 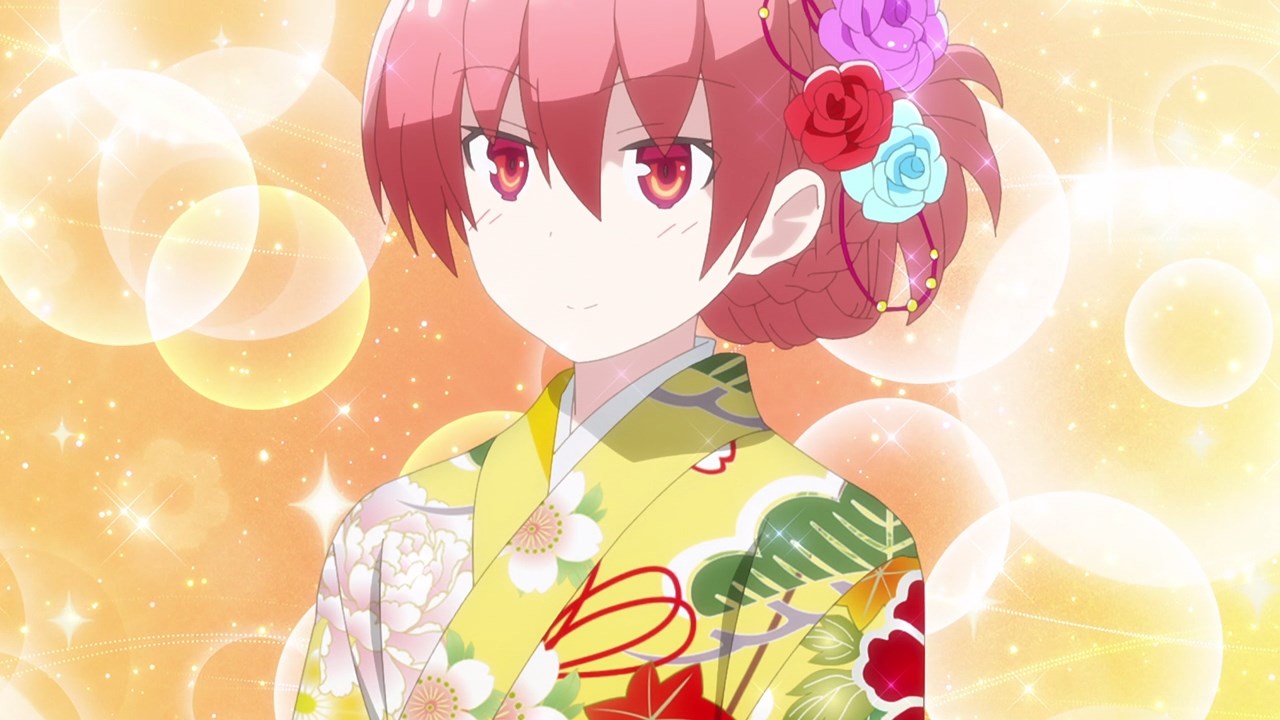 Oh yeah, here’s Tsukasa Yuzaki where she’s wearing a beautiful kimono. You know something, she looks so refined that Nasa-kun is very lucky to have her. 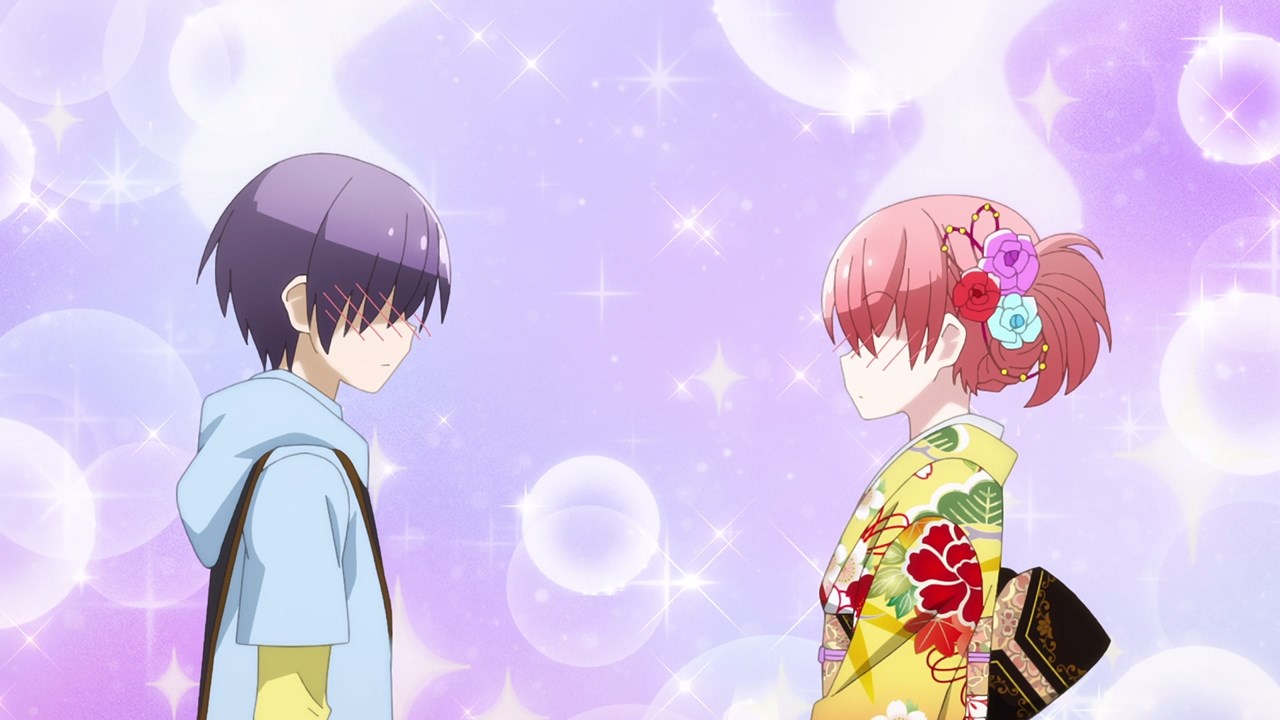 Of course, they’re a newly-wed couple where Nasa and Tsukasa are taking their time at their honeymoon. I mean, Nasa found her to be very cute in a kimono. 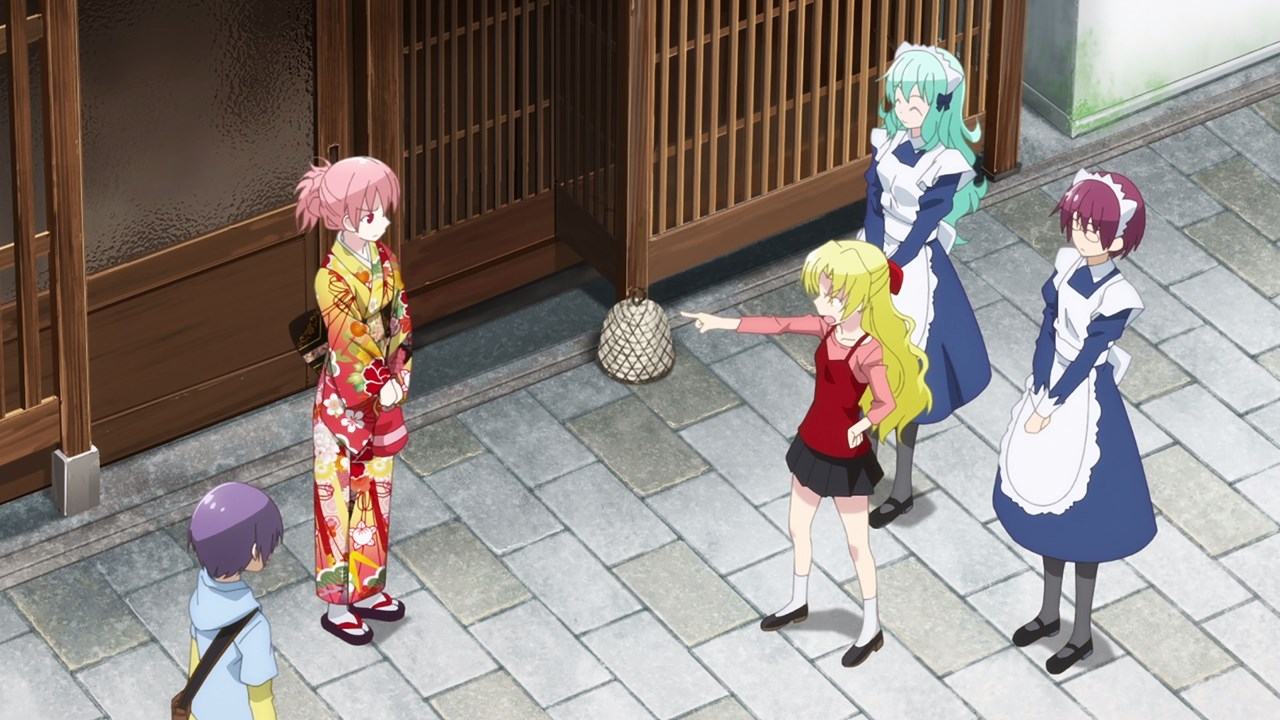 Unfortunately, their honeymoon got interrupted when Chitose Kaginoji and her two maids have arrived to break them apart. Then again, both Charlotte and Aurora won’t break the couple apart because the maids found them to be cute.

Of course, the problem lies with Chitose where despite being acquainted with Tsukasa for a long time, she wasn’t chosen by Tsukasa to be her girlfriend and therefore Chitose lashes out at Nasa for stealing her friend away. 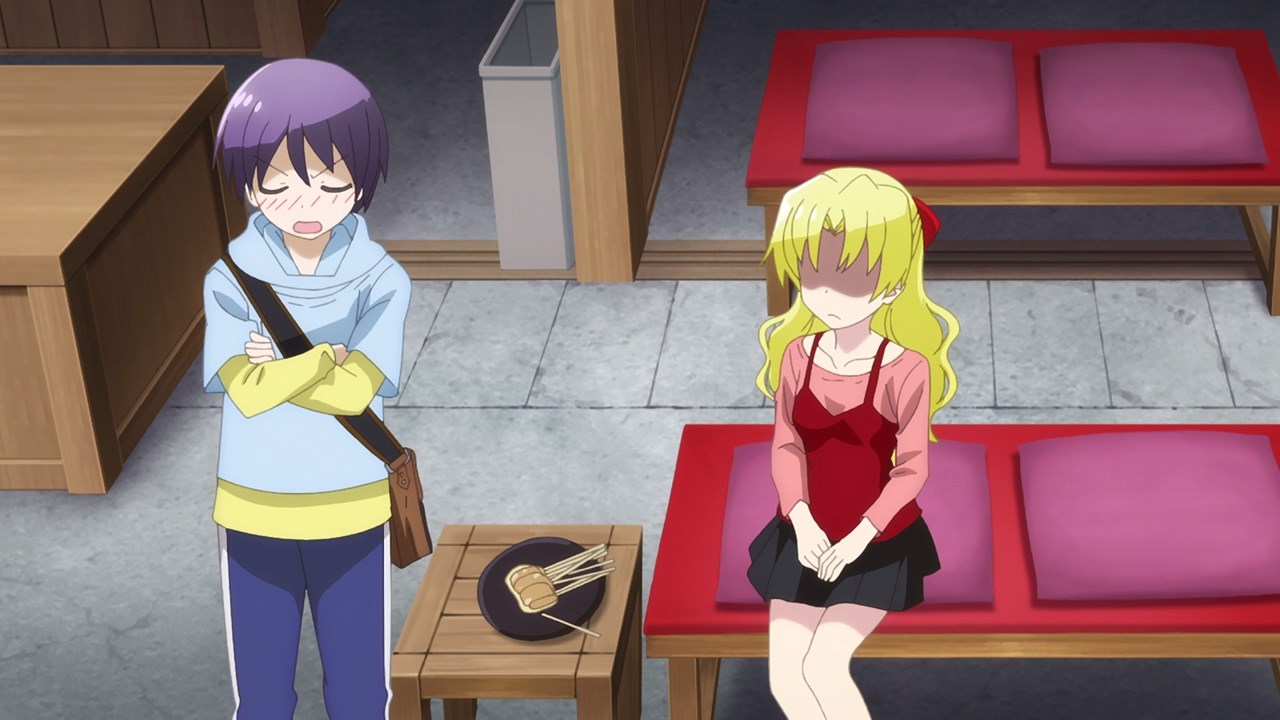 But you know what, I think Chitose Kaginoji should realize that the reason why Tsukasa Tsukuyomi chose Nasa Yuzaki to be her husband is because she saved him from Truck-kun 2 years ago. Had Tsukasa didn’t come to his aid, Nasa might get reincarnated into another world right now.

Anyways, I think it’s time for Chitose to accept that Nasa and Tsukasa are meant to be together… unless she threatens Nasa’s parents to reject their marriage of course. With that said, tune in next time where the couple will arrive to Nara.