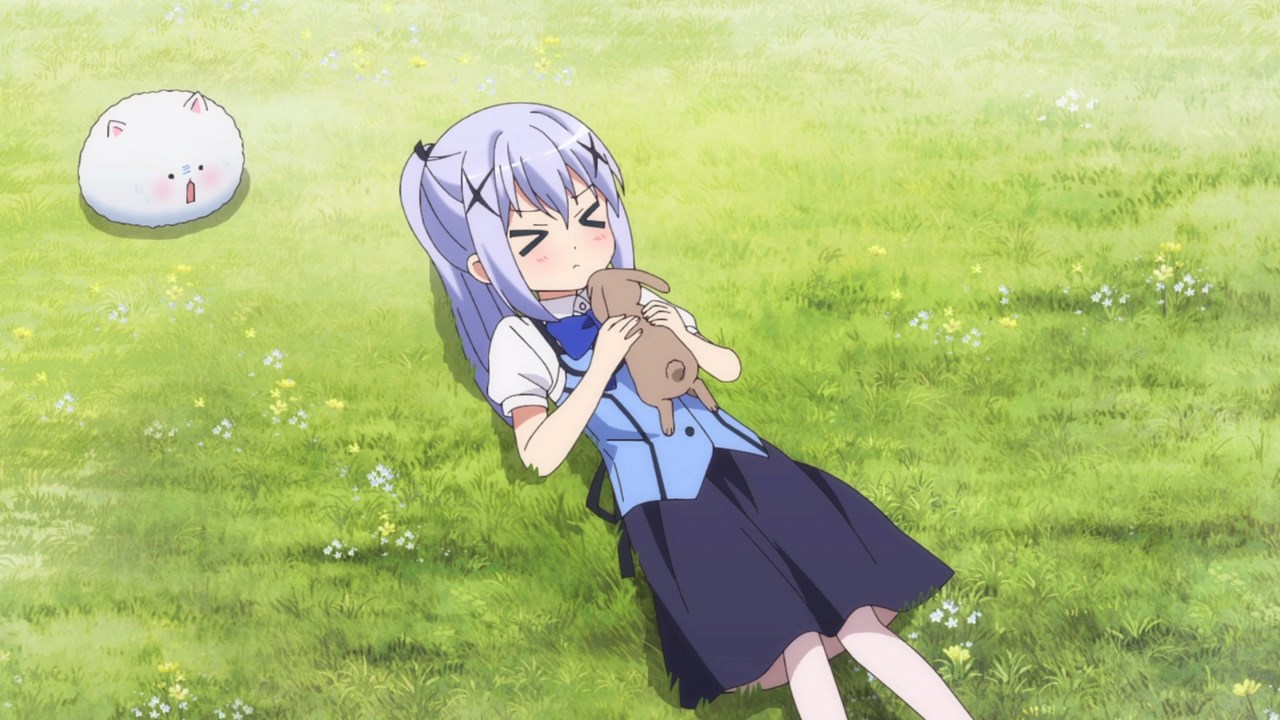 Here’s Chino Kafuu hugging a bunny and rolling over. Oh I smell some jealousy from Tippy! 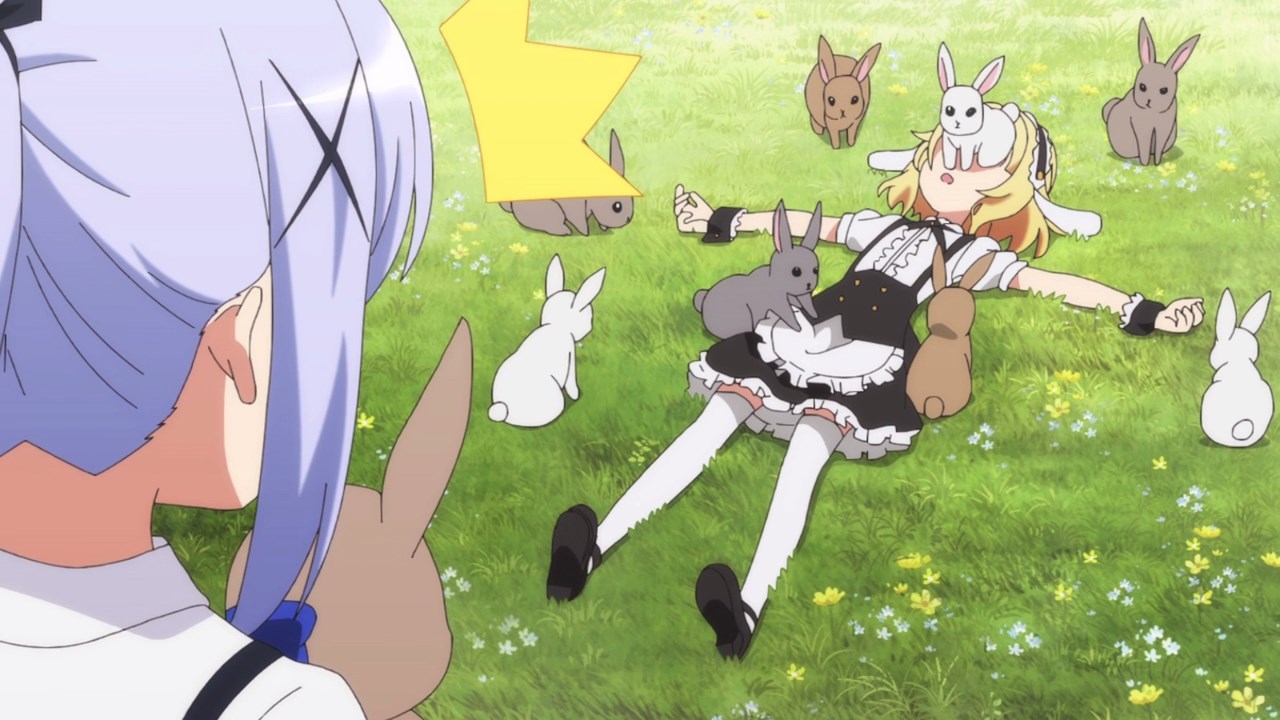 And here’s Sharo Kirima getting assaulted by bunnies. Looks like she died from cuteness overload… Just kidding! 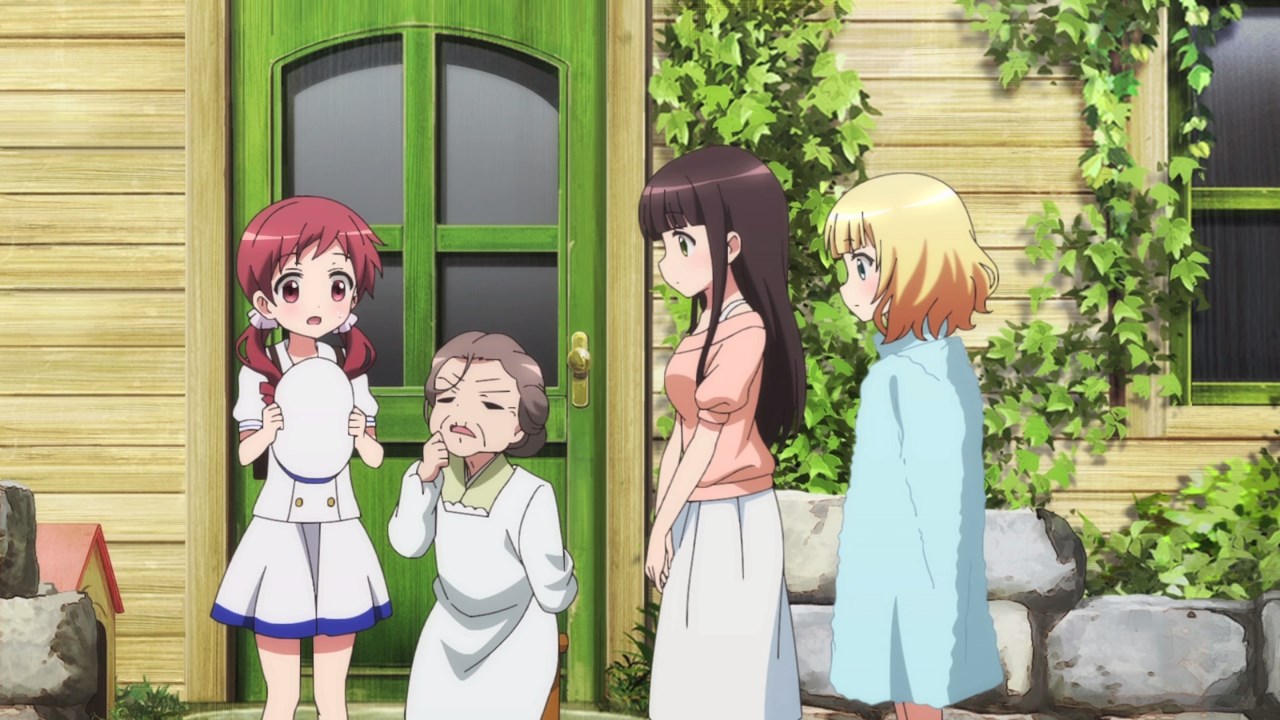 Anyways, Chino Kafuu and her two friends will have a graduation photo and they need to make sure that they’re pretty in front of the camera. 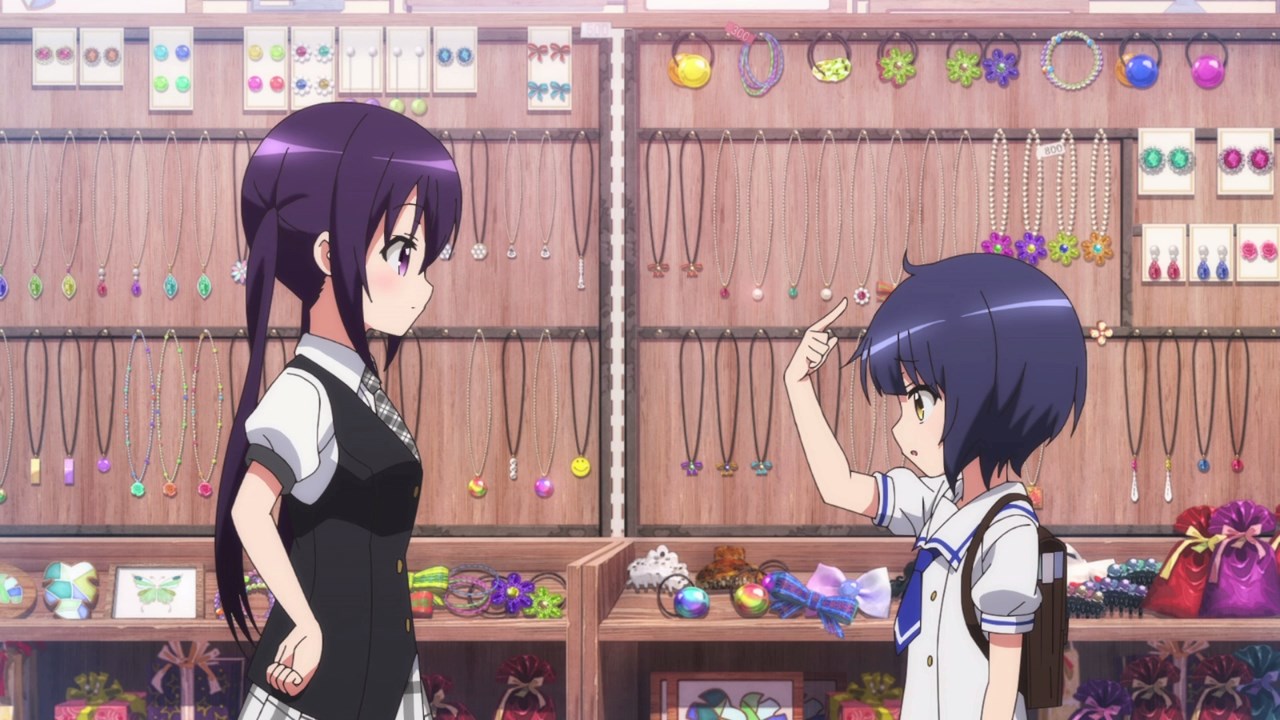 Of course, both Megumi Natsu and Maya Jouga will have different approaches where the former went to Ama Usa An for a haircut with Chiya Ujimatsu’s grandmother, while the latter went to Rize Tedeza for some tips on how to put her cowlick in place. 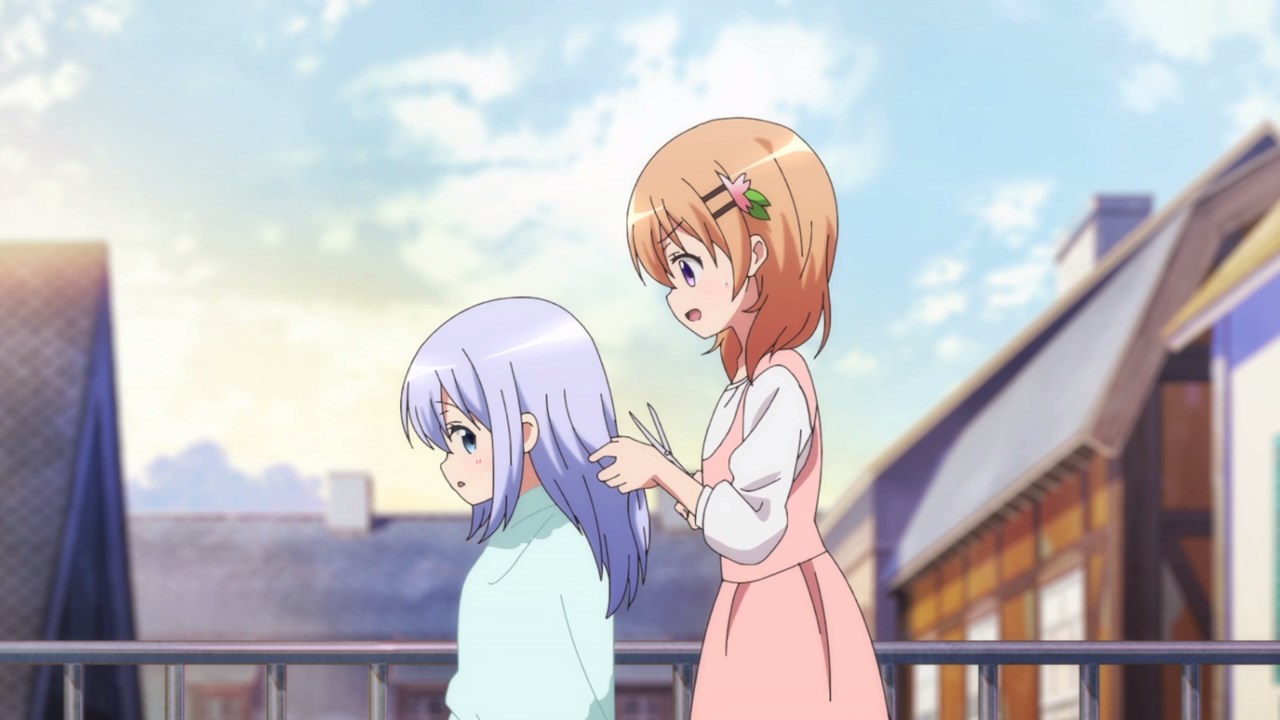 And speaking of Chino Kafuu, it looks like she’s gonna get a haircut from Cocoa Hoto.

Oh no, I have a bad feeling about this ’cause even though she claimed that she’s good at cutting hair, Cocoa can be a ditz sometimes. 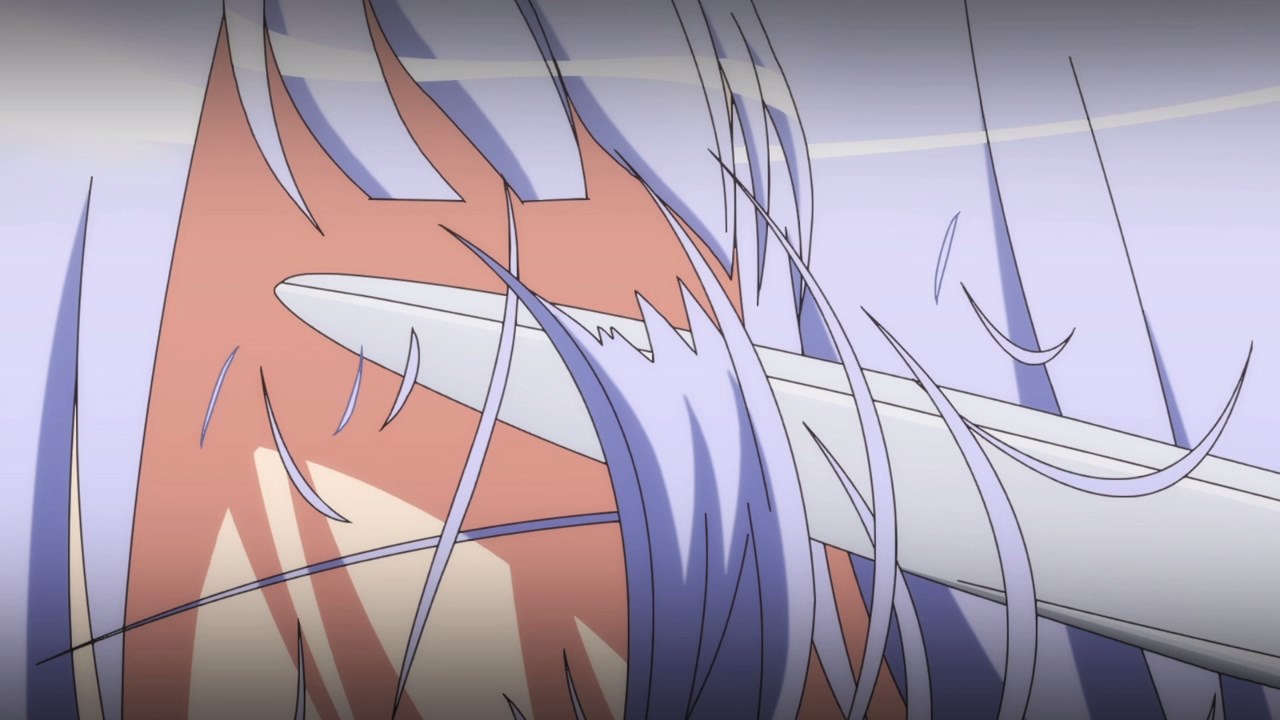 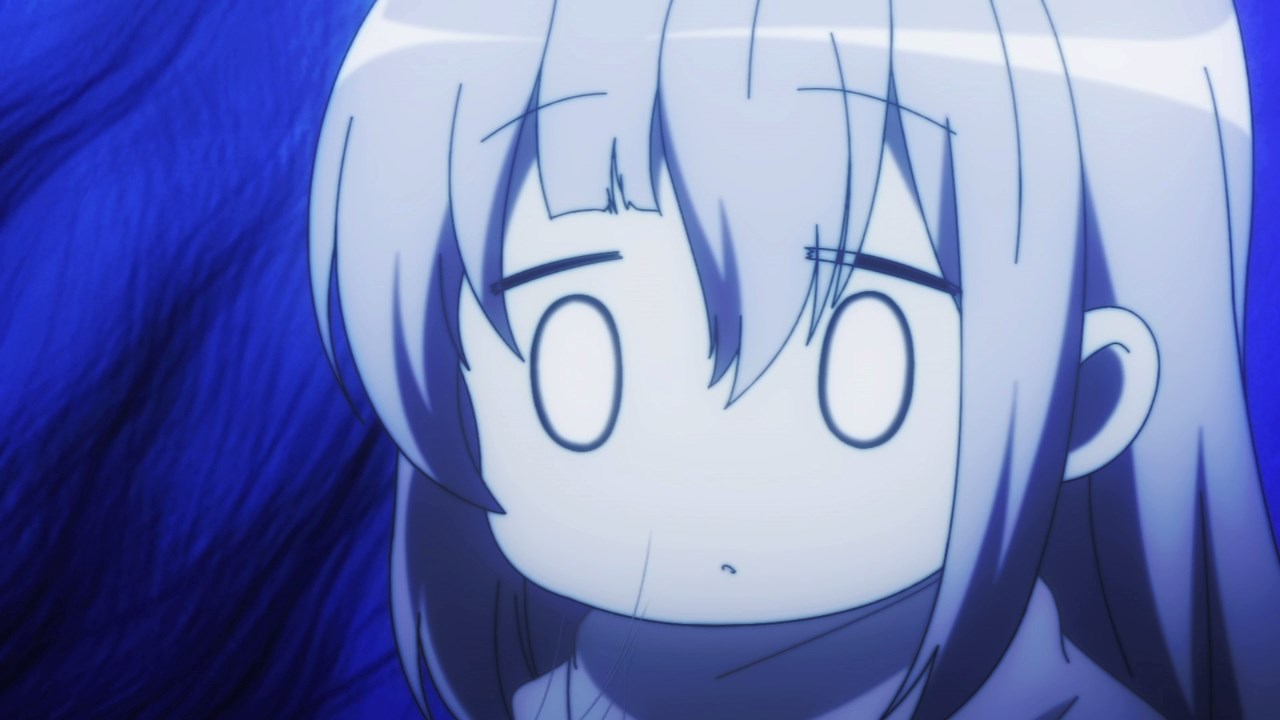 And as you can see, Cocoa accidentally cut Chino’s bangs that it spells doom for this series.

Of course, Cocoa will actually fix it up so it’s not the end of the world for Chino-chan, although I still doubt about Cocoa’s haircutting skills. 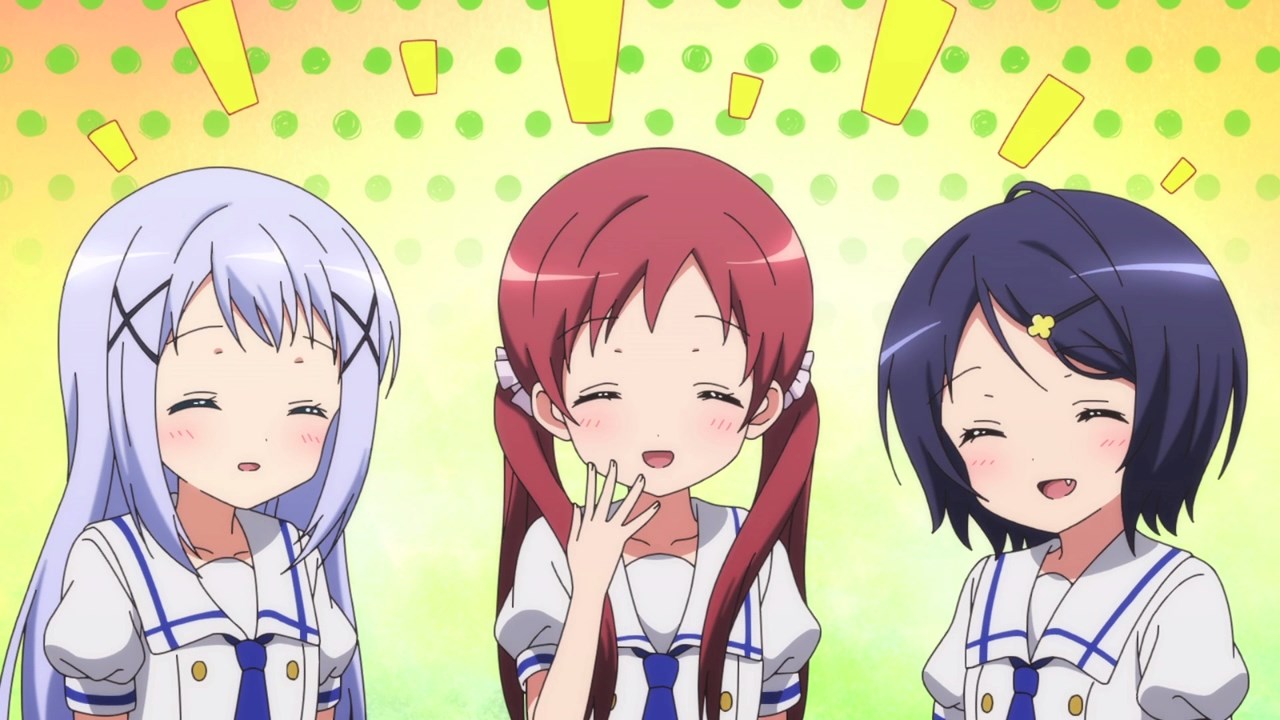 In any case, the ChiMaMe Squad are ready for their photo-op as the trio are looking good. Still, I don’t know which school they’ll end up attending. 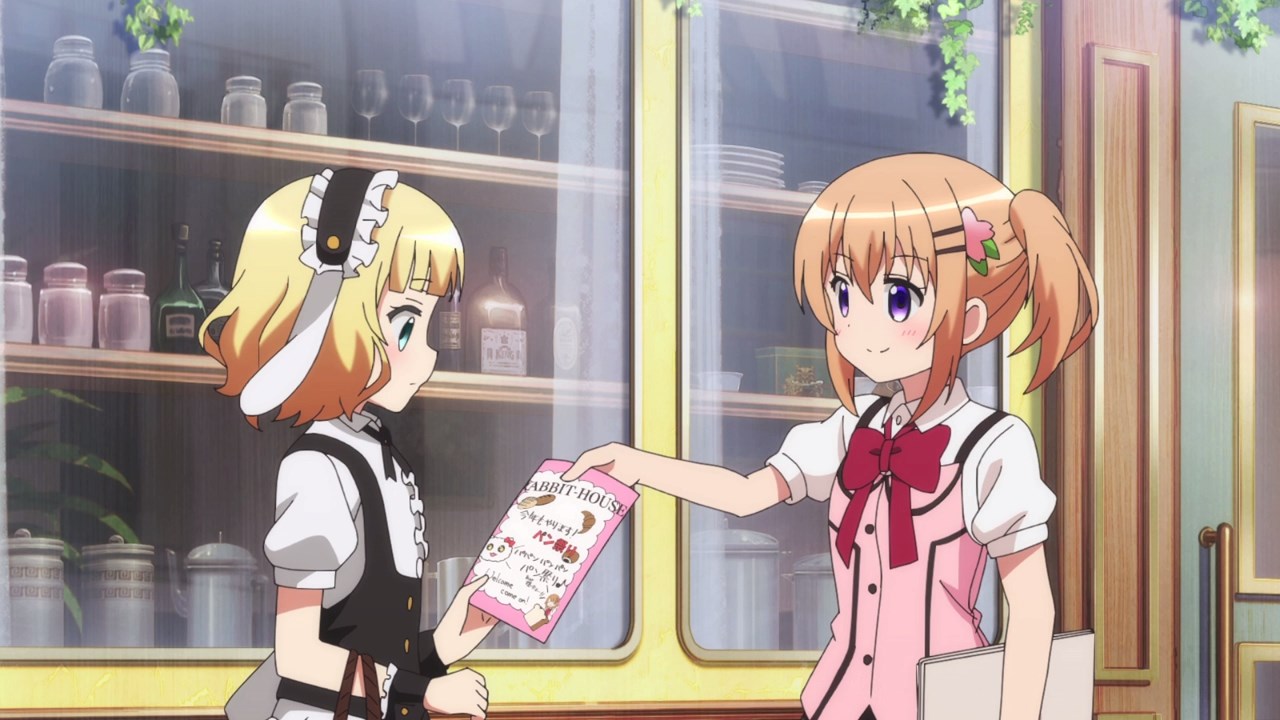 Now then, Rabbit House is hosting an event where they serve bread as Cocoa Hoto gives out flyers to everyone including Sharo Kirima.

Of course, let’s not forget that Rabbit House is a cafe/pub, not a bakery. 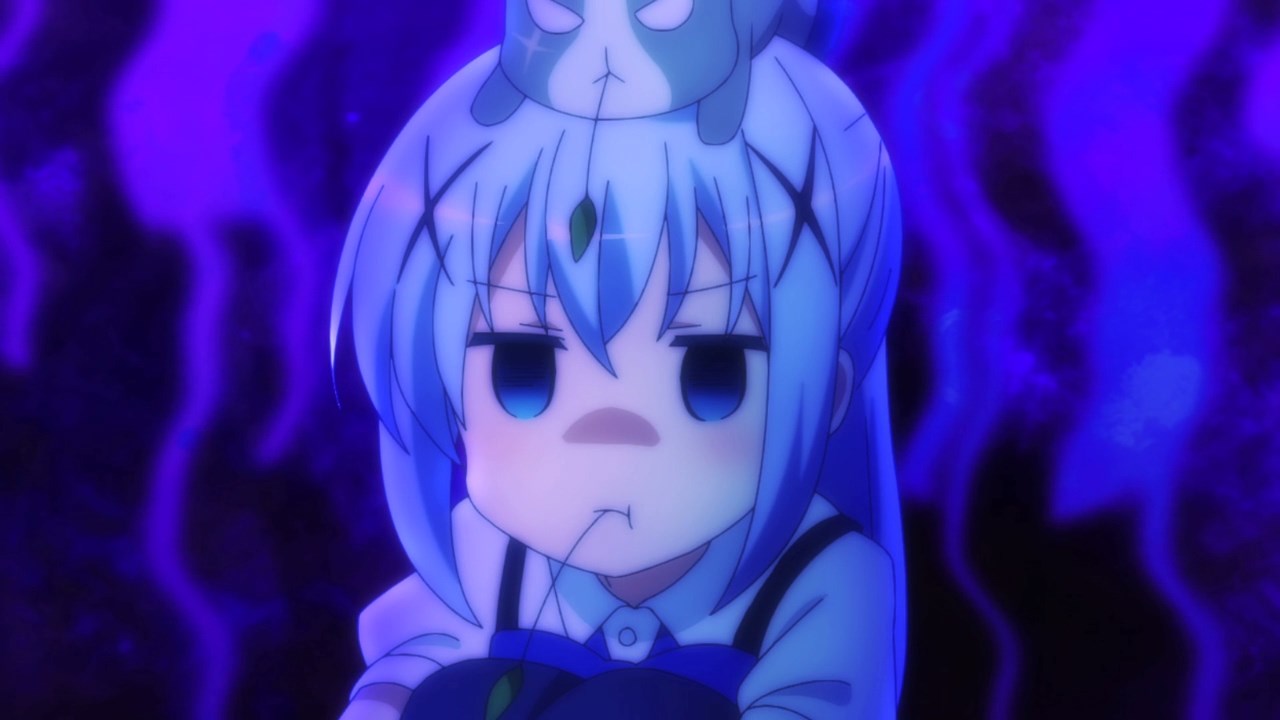 Heck, even Chino-chan is angry that she becomes Wild Geese just because Cocoa-san turned Rabbit House into a temporary bakery. Don’t worry though as things will get better soon for Chino Kafuu… 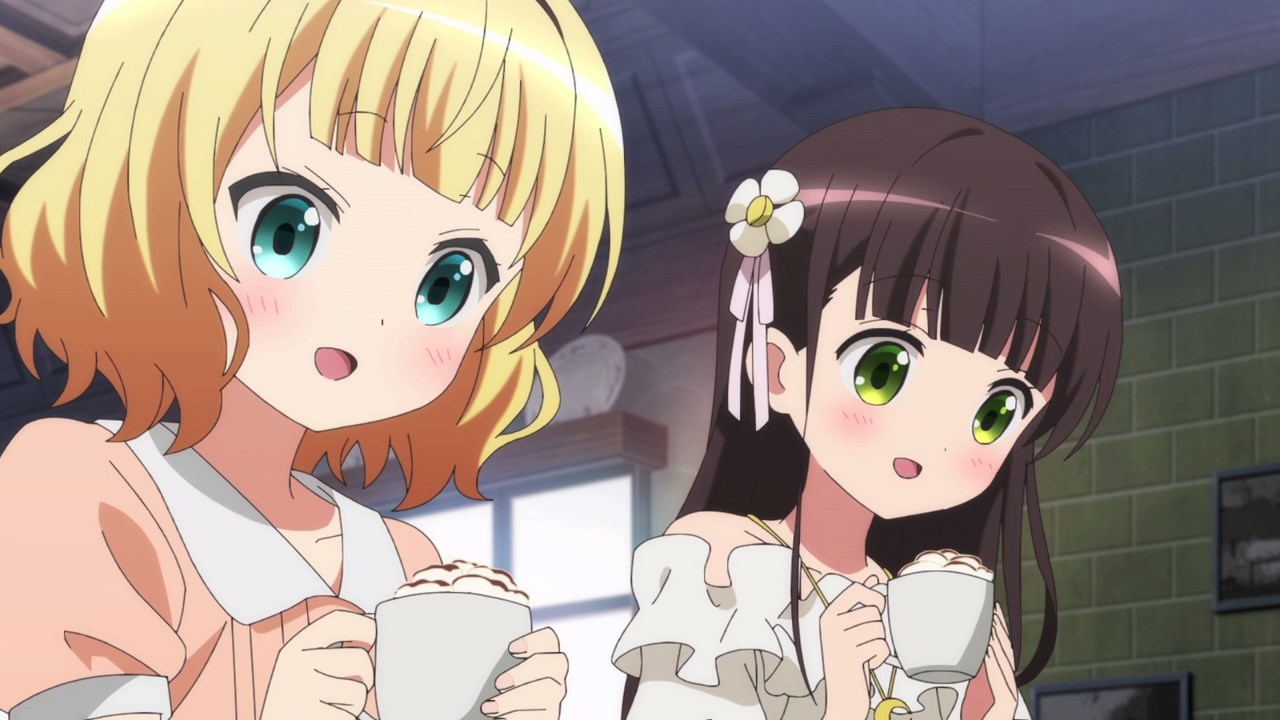 For you see, she created a special blend coffee as Sharo and Chiya are gonna drink it. While Chiya-chan is okay drinking coffee, I’m worried about Sharo-chan. 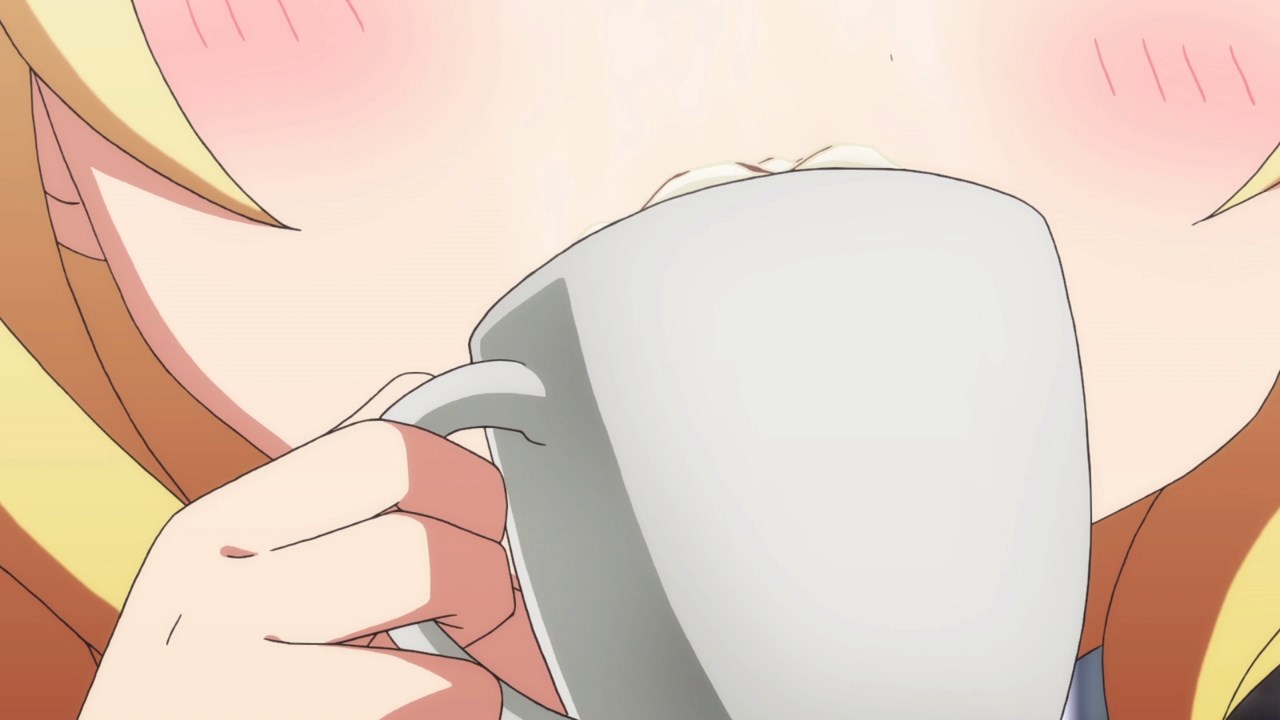 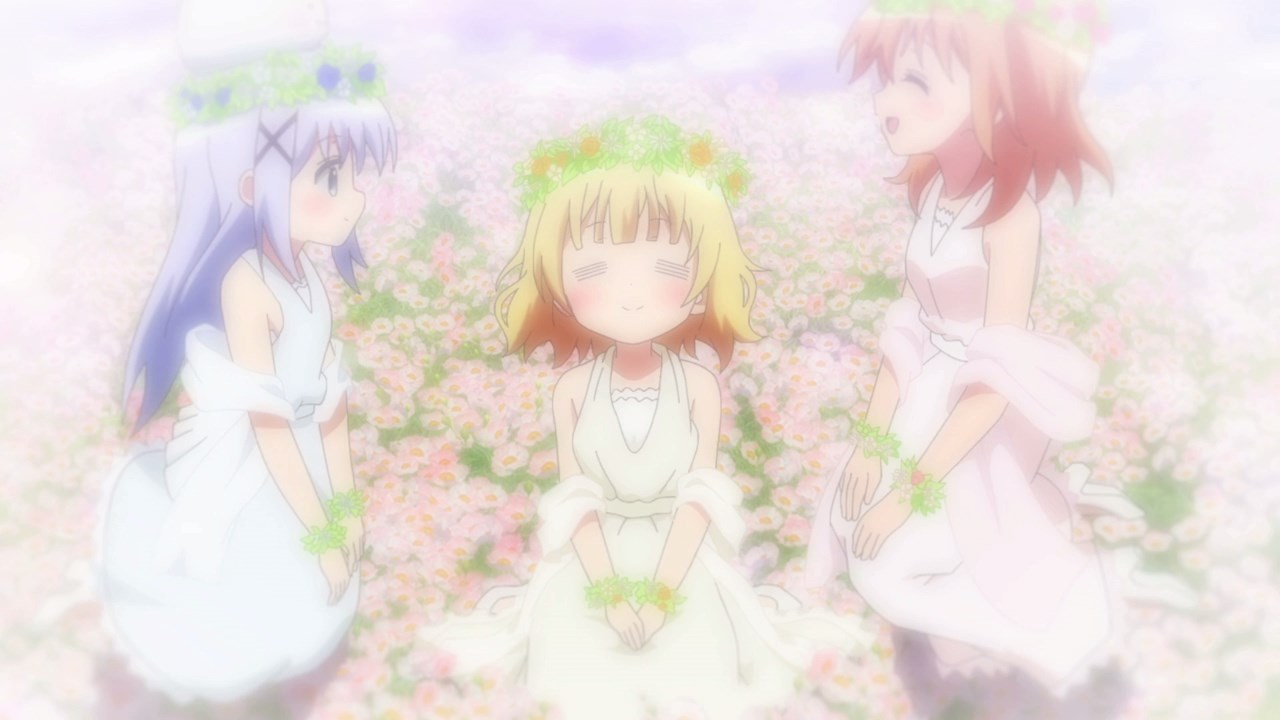 You know something, I bet that Chino-chan put some secret ingredient onto her coffee, which is why Sharo-chan is getting a bit high right now. 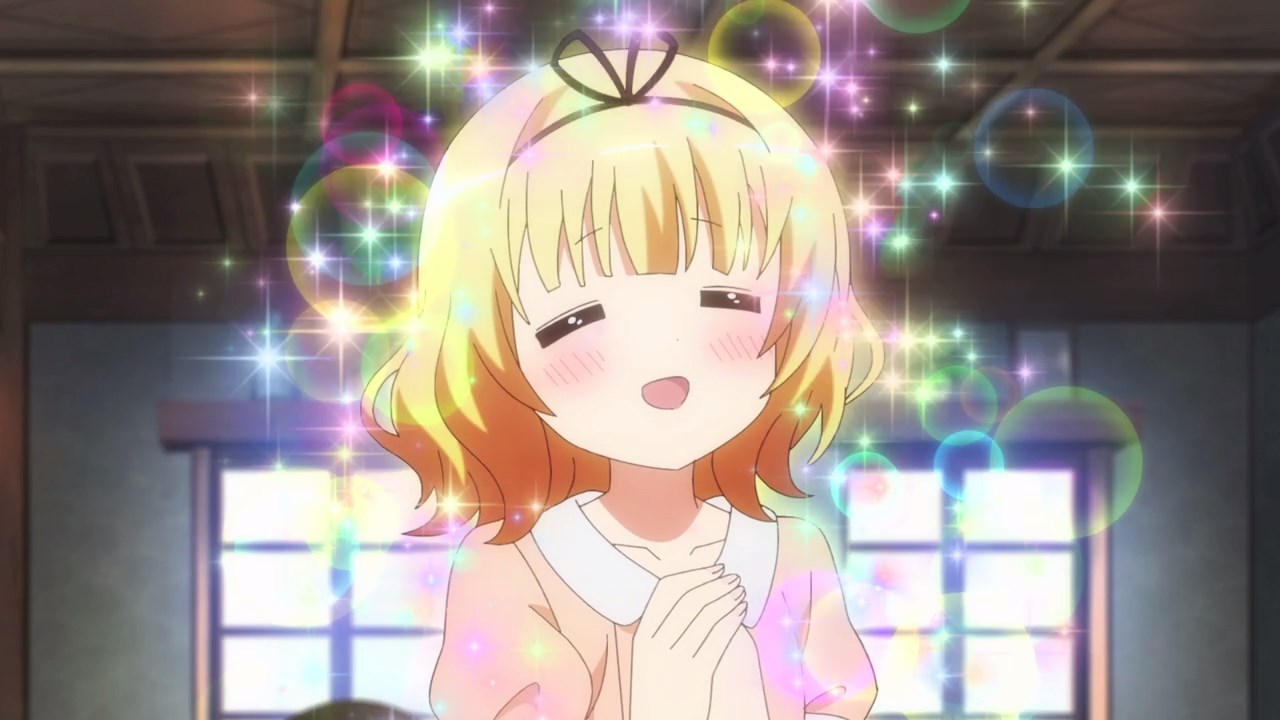 Just kidding, turns out that there’s no illicit substances upon making her special blend as Chino-chan poured her heart and soul on making a really good coffee. 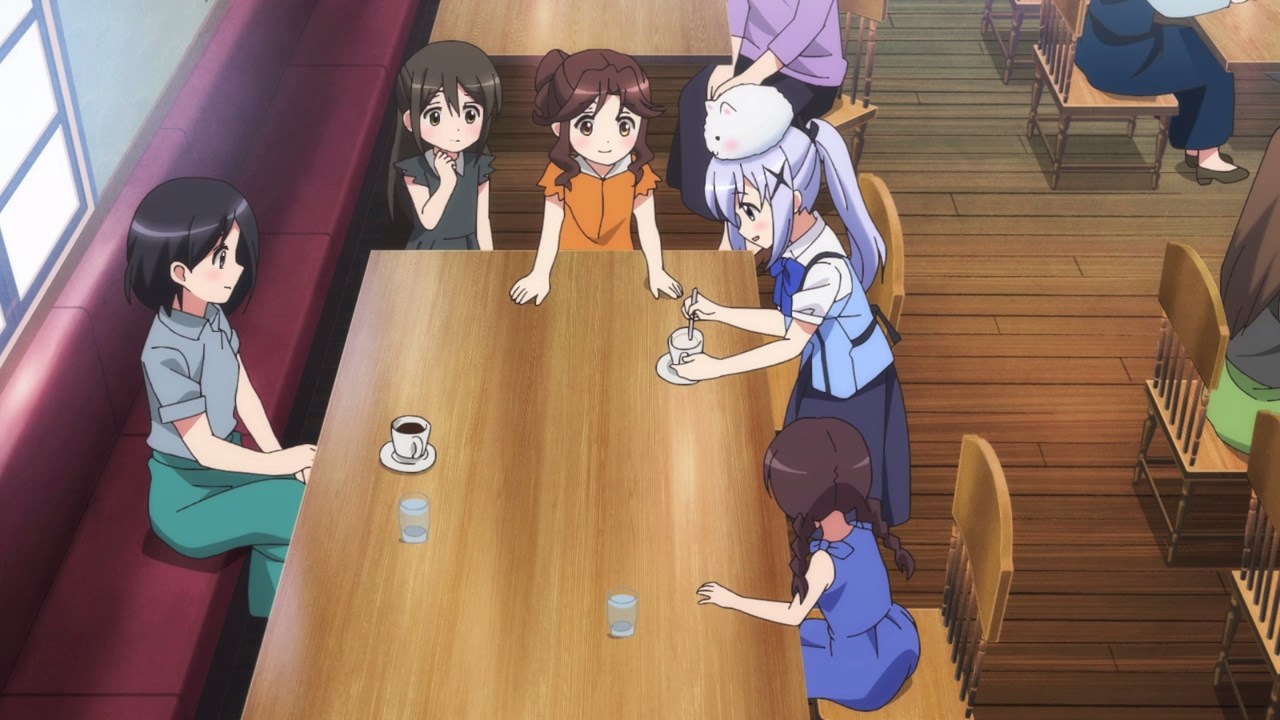 But that’s the end of this episode and although I don’t know how many bread have sold on their special event, seems that Chino-chan really stole the show with her special blend coffee. With that said, I’ll see you next time!