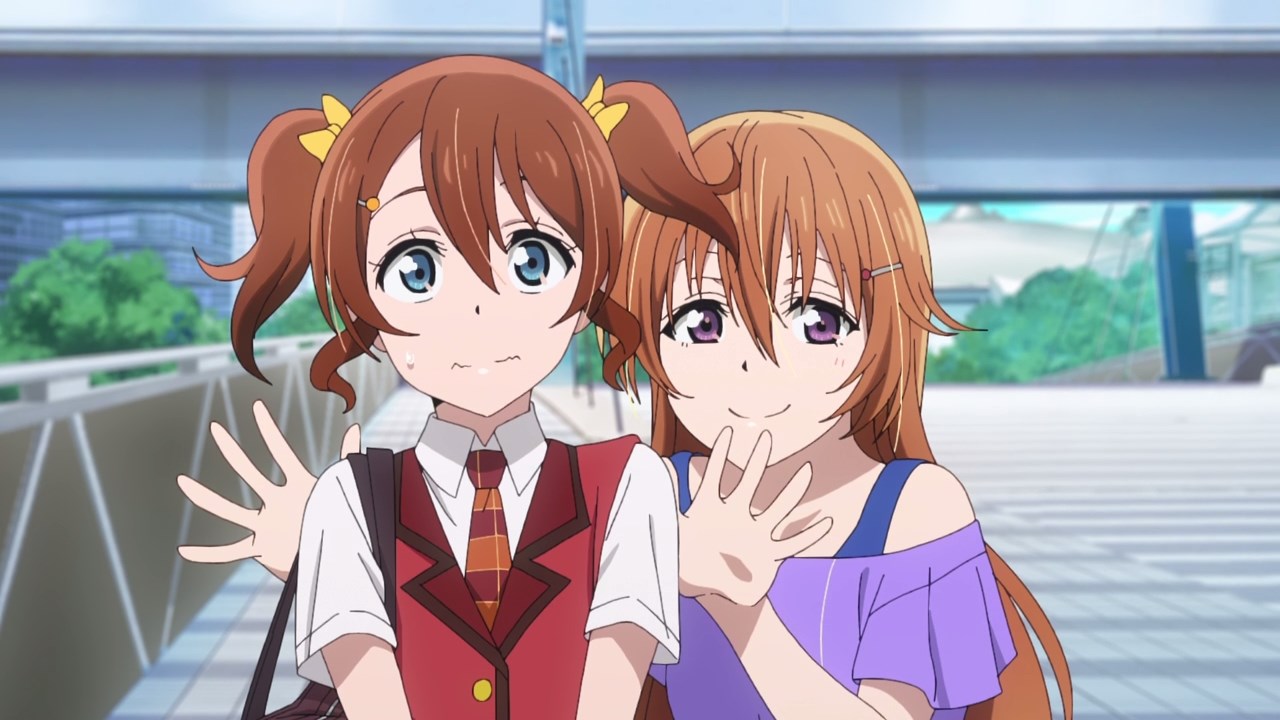 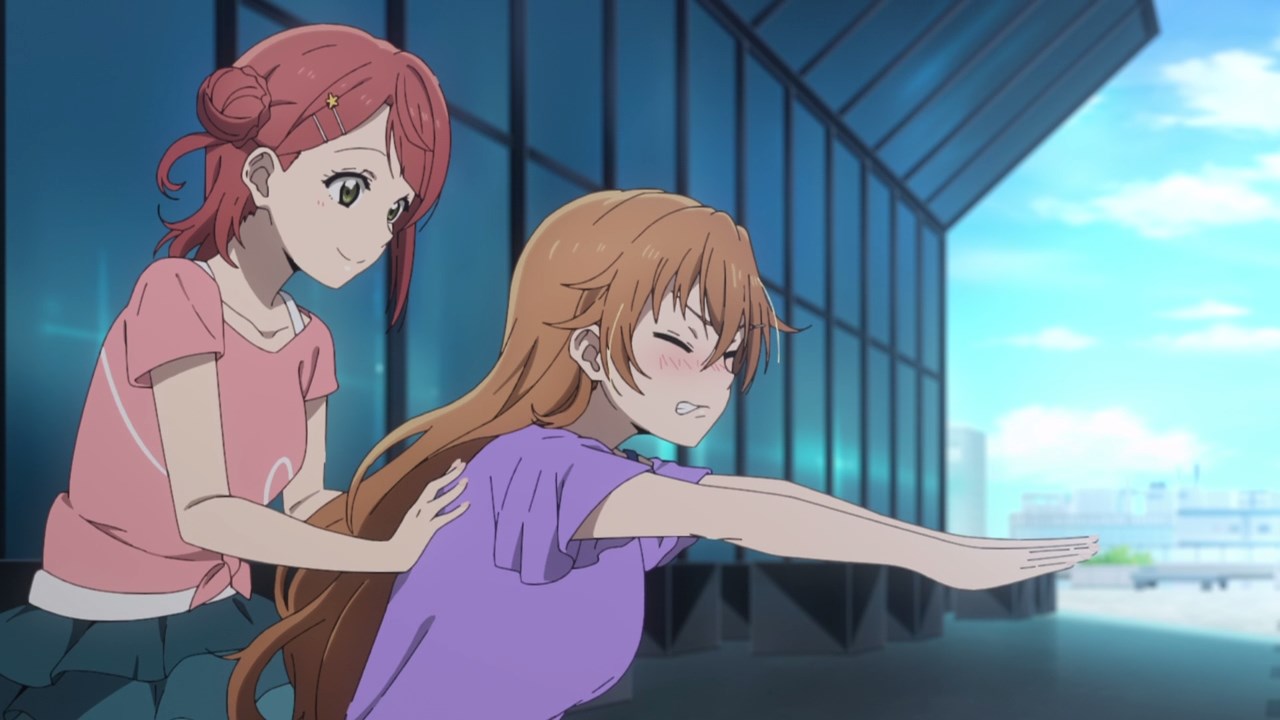 With that said, here’s Kanata-chan where she tries her best to do stretches in front of Haruka-chan. Of course, she’s not that flexible to begin with. 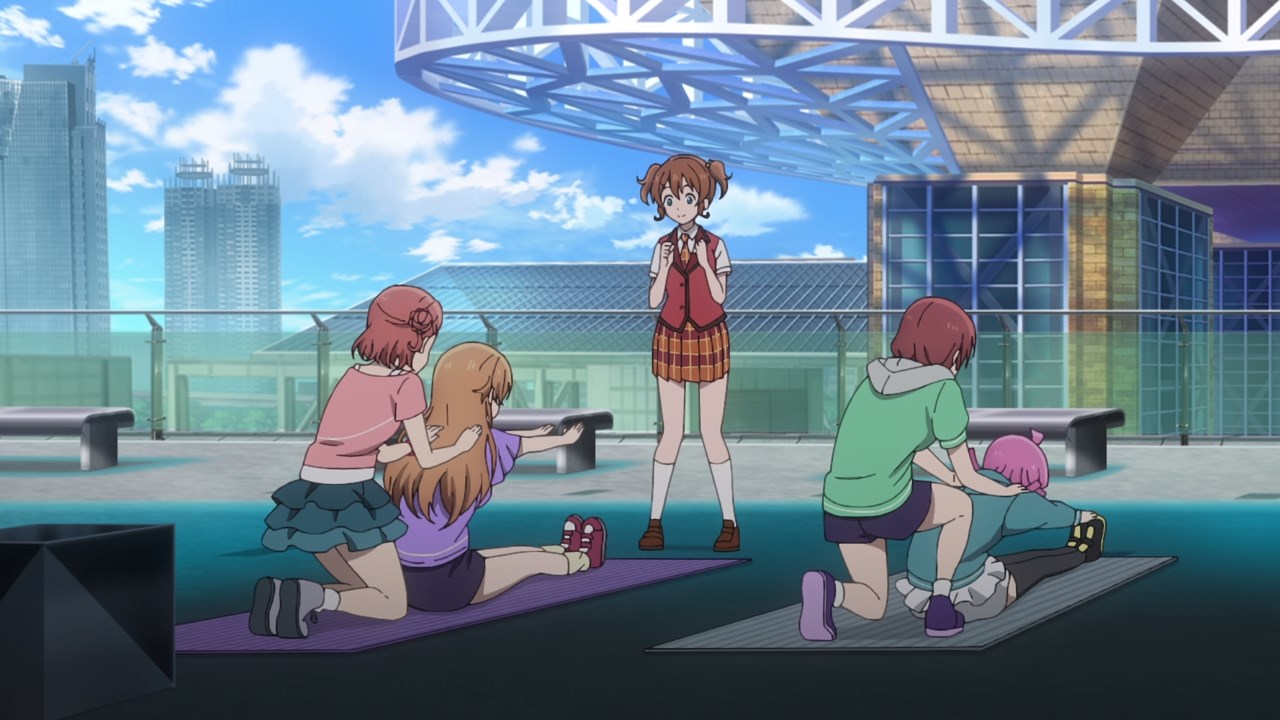 But hey, Haruka Konoe doesn’t care as she cheers her big sister. Man, it’s nice that Haruka is very supportive towards Kanata. 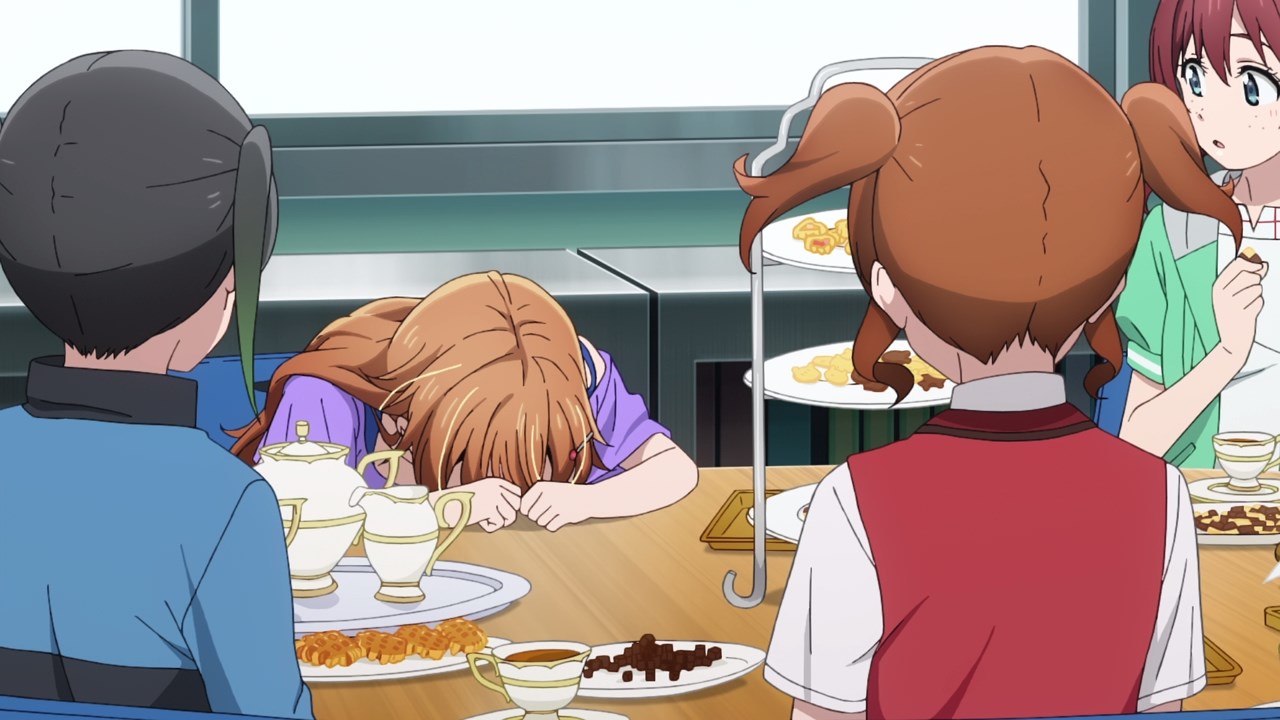 Of course, Kanata Konoe isn’t a perfect girl as she sleeps most of the time. Heck, you might see her sleeping on benches or even rooftops. 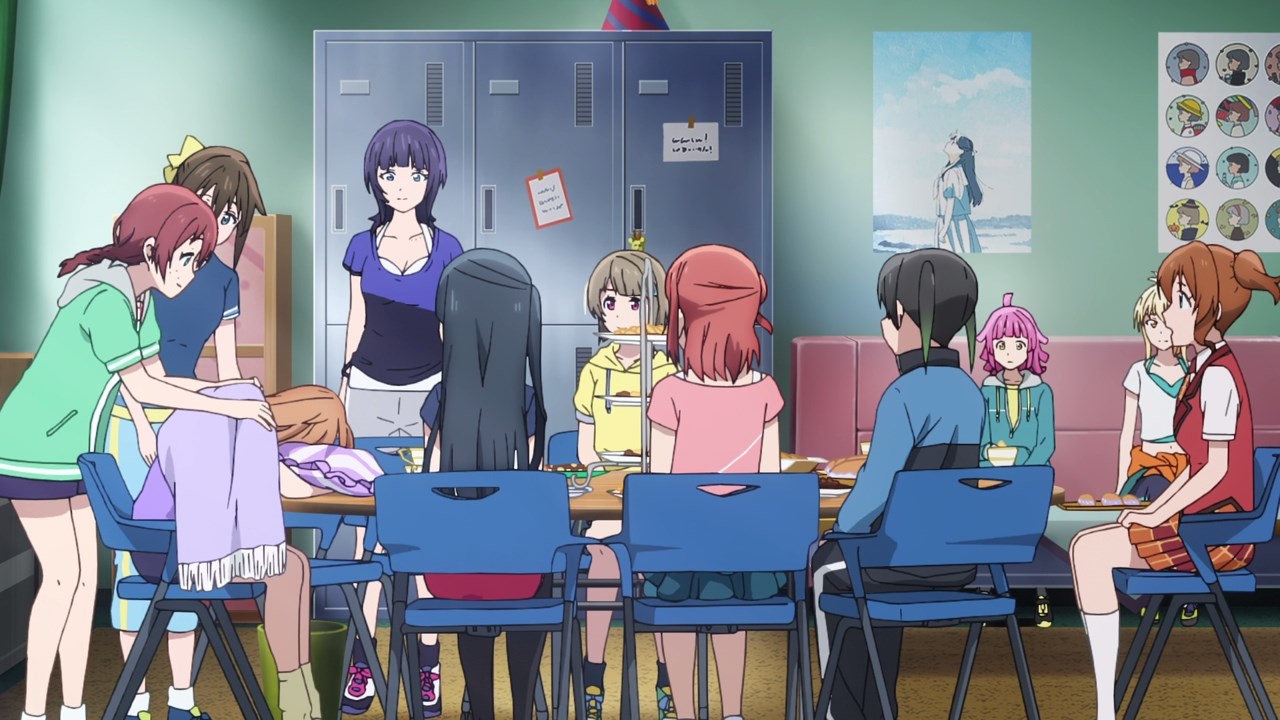 But hey, at least the rest of the school idol club are ready to give her a pillow and a blanket. Well then, it’s time for Kanata’s solo performance! 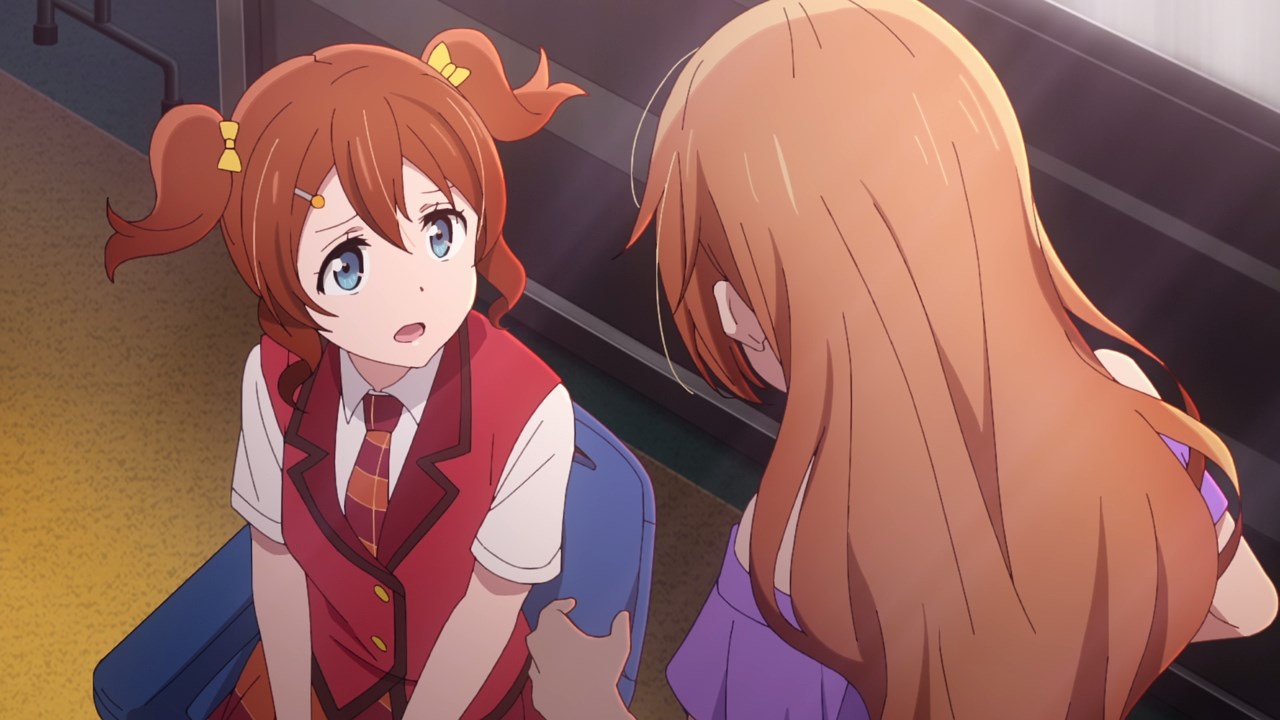 Well, we have to deal with some drama first as Haruka Konoe decides to quit the school idol club as she’s worried that her sister Kanata is doing many things, from doing household chores to taking part-time jobs in addition to doing school activities.

Of course, Kanata-chan will do everything she can to juggle everything to make Haruka happy, but her little sister doesn’t like Kanata pushing herself hard that she might collapse. 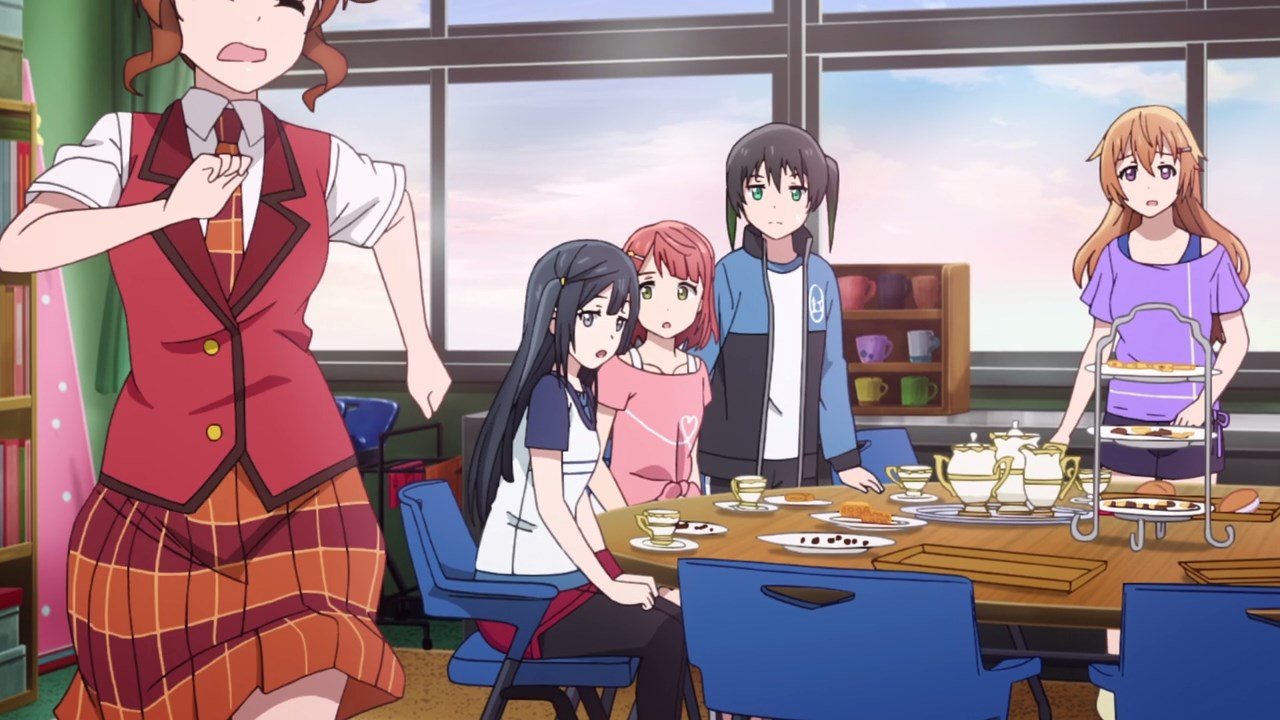 And thus, Haruka runs away from Kanata where the sisters don’t talk to each other ever again. Dangit, I don’t want this episode to end like this! 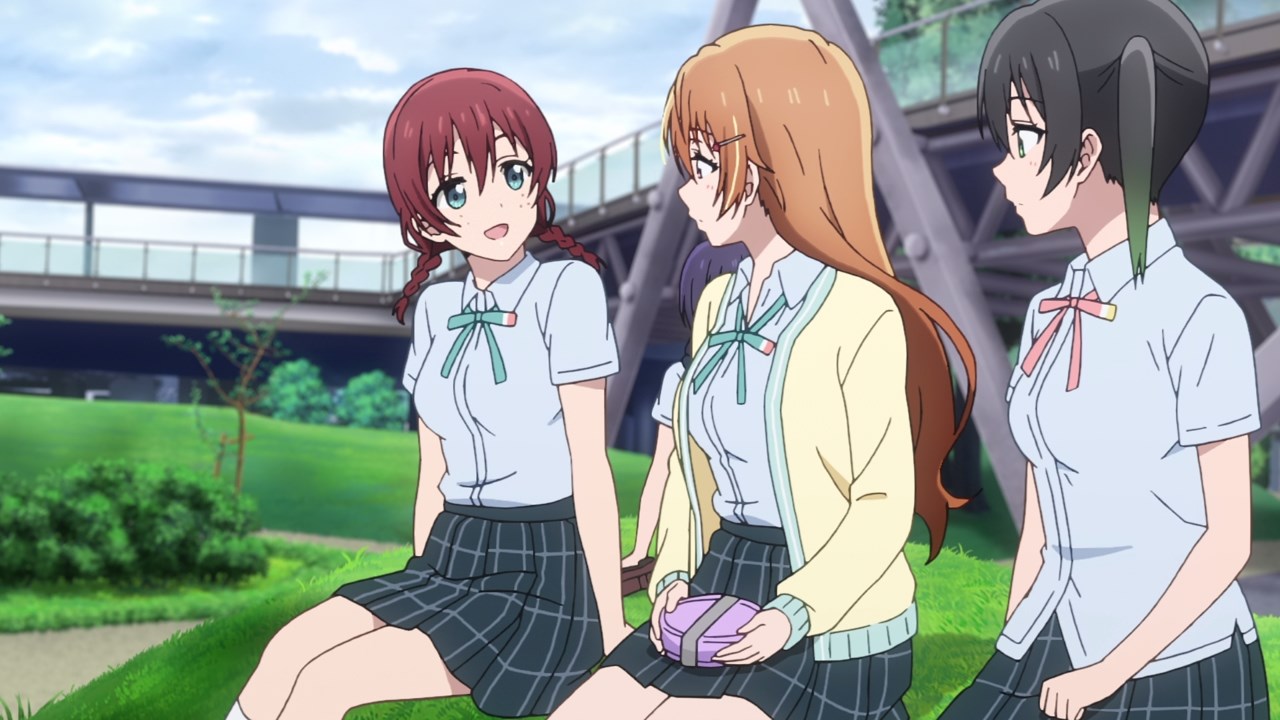 Of course, everyone wants Kanata-chan to become honest with her feelings to Haruka. Sure that she sleeps most of the time, Kanata is a very loving person who supports Haruka’s dream as well as herself. 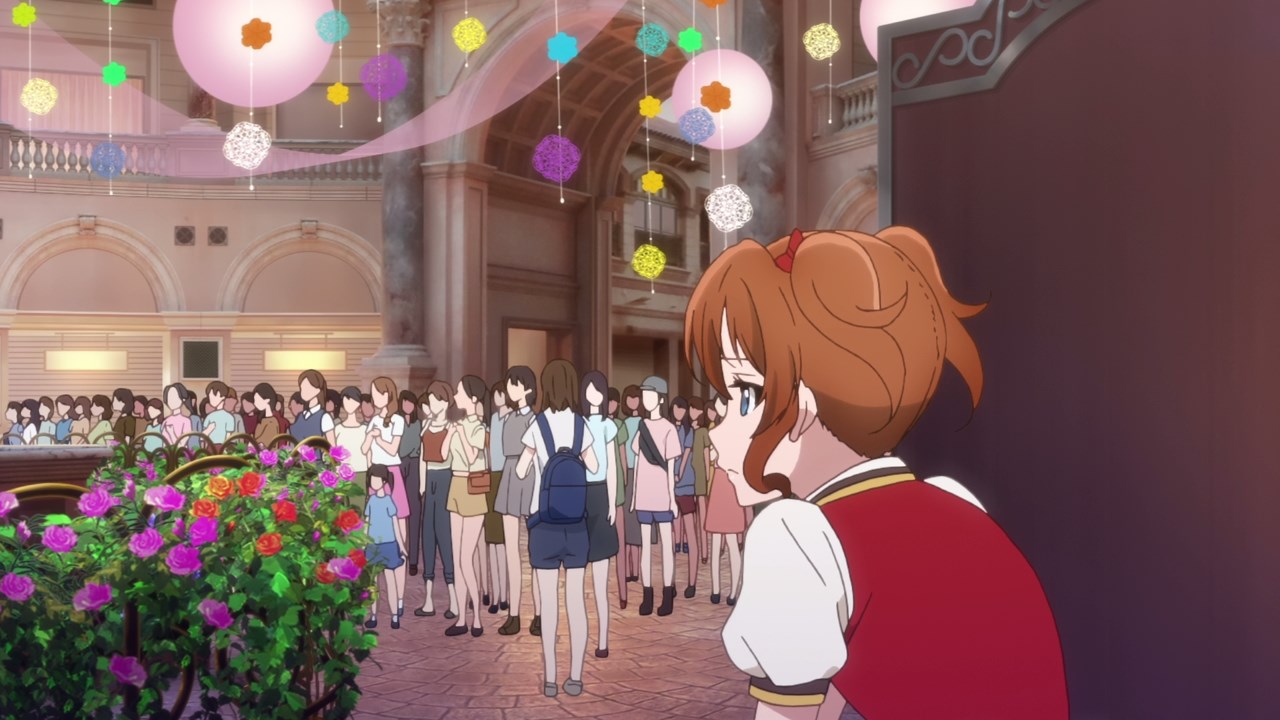 Now then, it’s time for a live concert hosted by Shinonome Academy’s school idol club as Haruka Konoe is surprised to see a large crowd forming up.

Still, Haruka-chan insists of quitting the school idol business after the show is over, but I don’t want that! 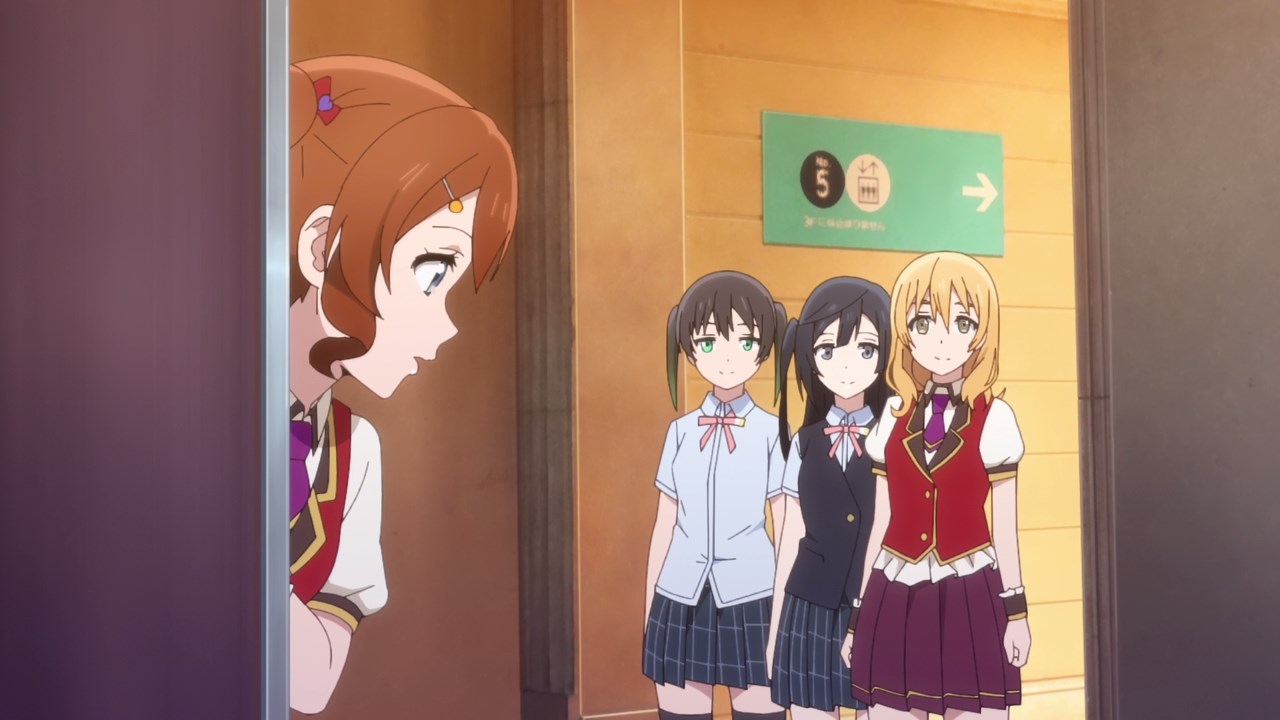 That’s until Christina told Haruka that Yuu Takasaki and Nana Nakagawa are here to watch the show.

But first, Christina told Haruka Konoe that she needs to see something first before their concert. 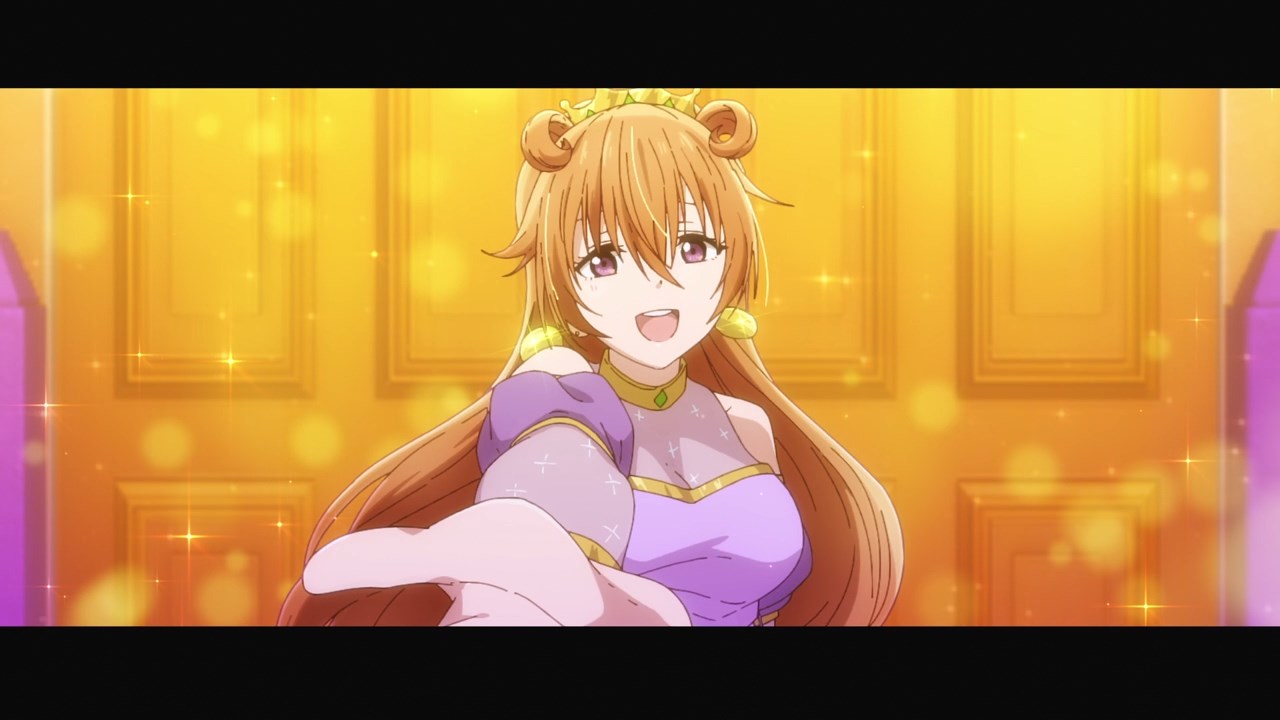 That’s right, it’s Kanata Konoe’s solo performance where it’s quite different from the rest of her songs. It’s quite upbeat and it’s dedicated to her little sister Haruka. 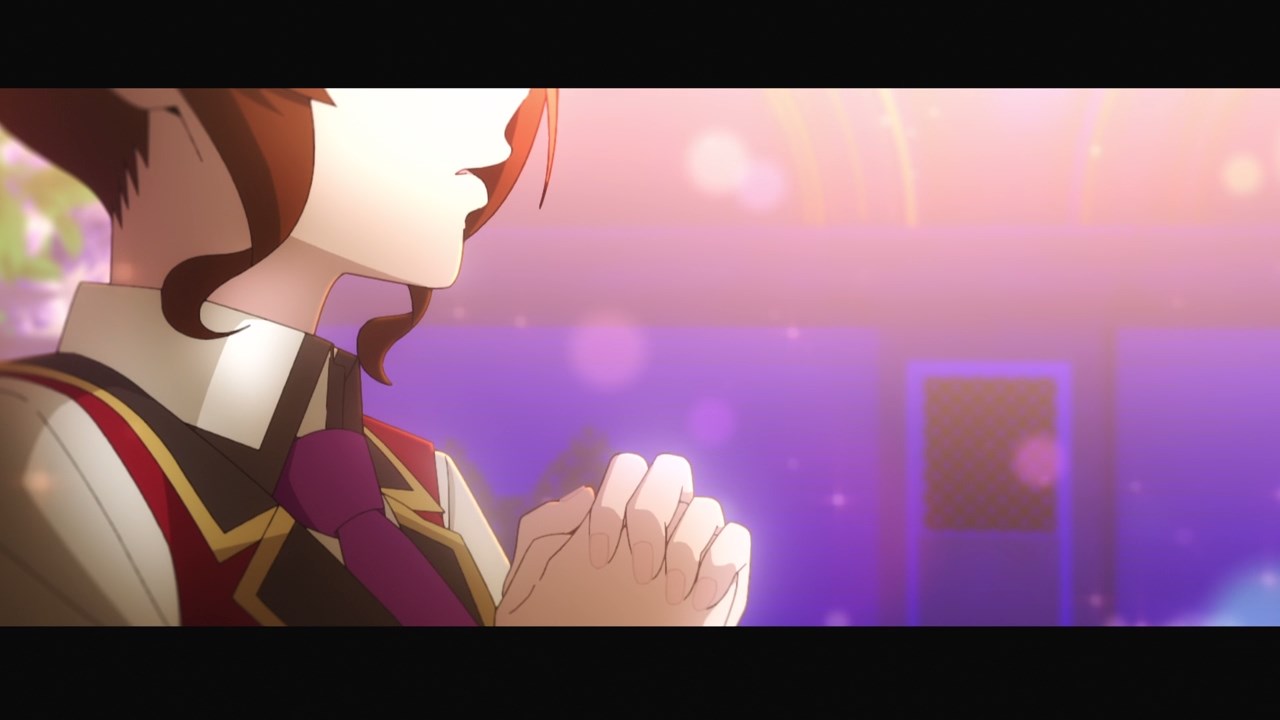 For Haruka, she was astonished that Kanata can support her not only as a big sister, but also a school idol. Man, this is heartwarming! 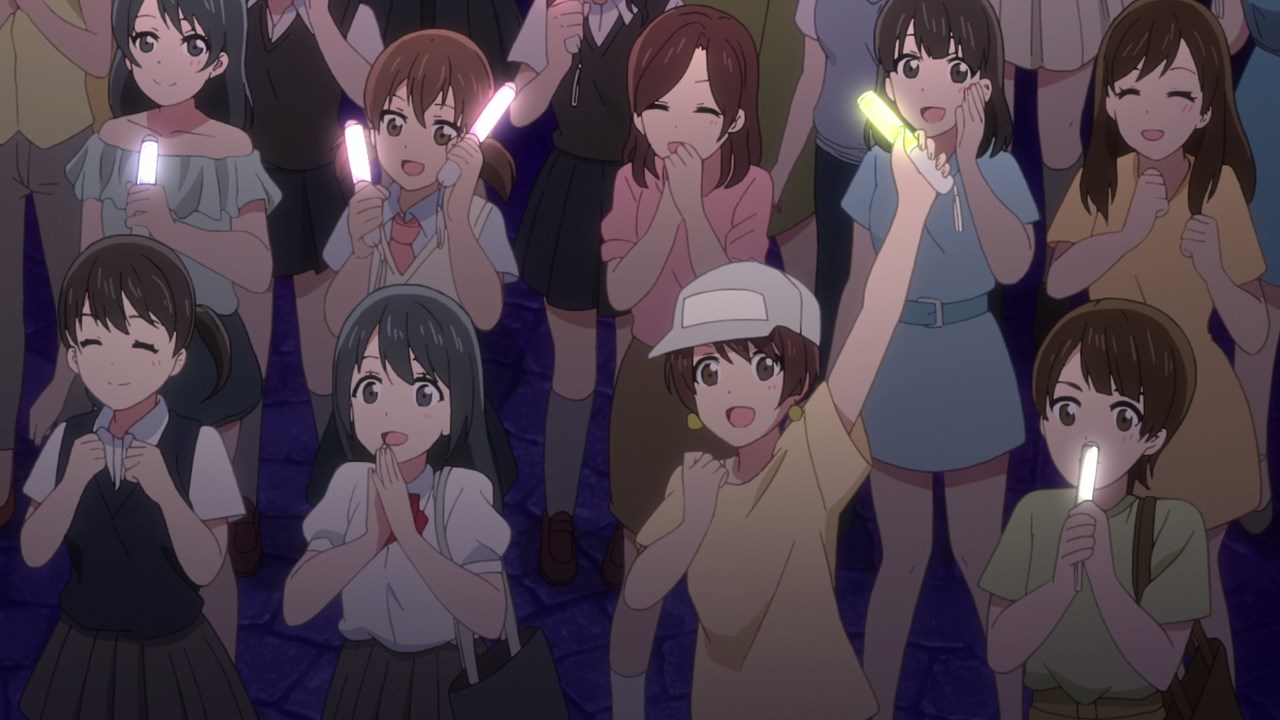 And that concludes Kanata’s solo performance as everyone is hyped for Shinonome Academy’s school idol live concert. Of course, I wonder if Haruka will quit as a school idol afterwards? 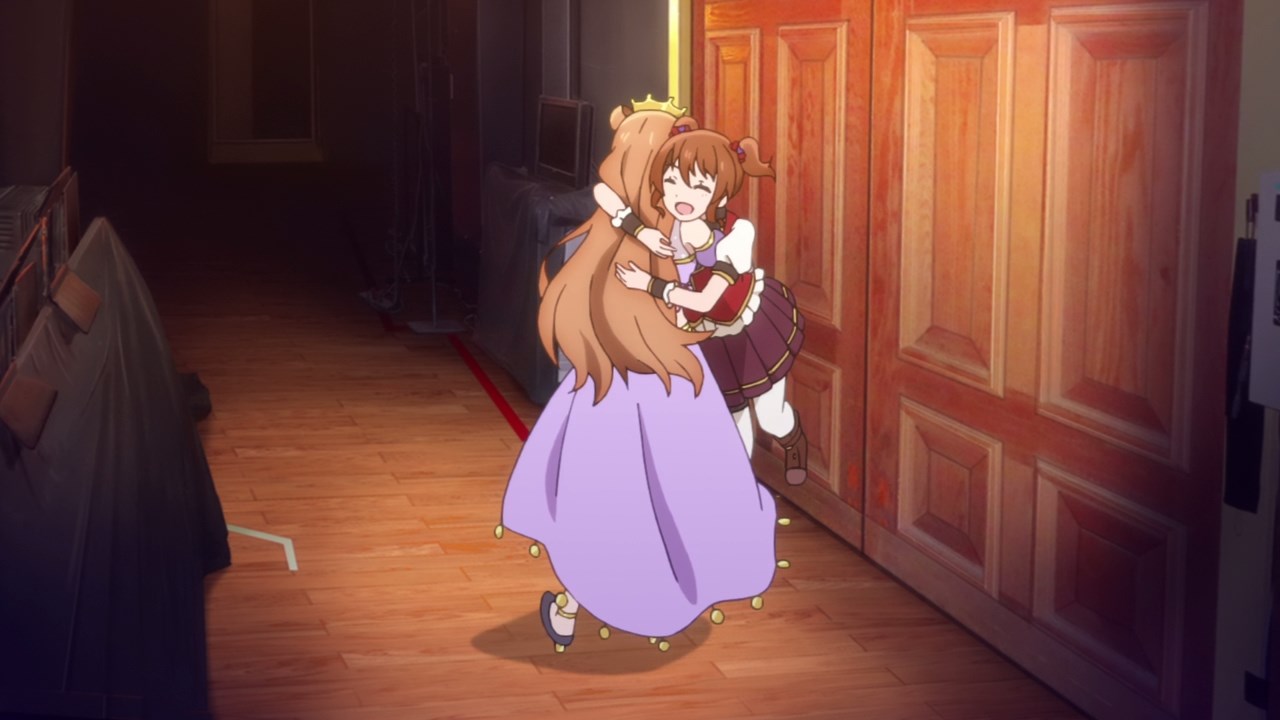 Well, it appears that she’ll continue her school idol activities as Haruka is happy to see Kanata sing and dance. Well, I must say that this is the best episode I’ve ever seen as there’s some sisterly love between Haruka and Kanata. 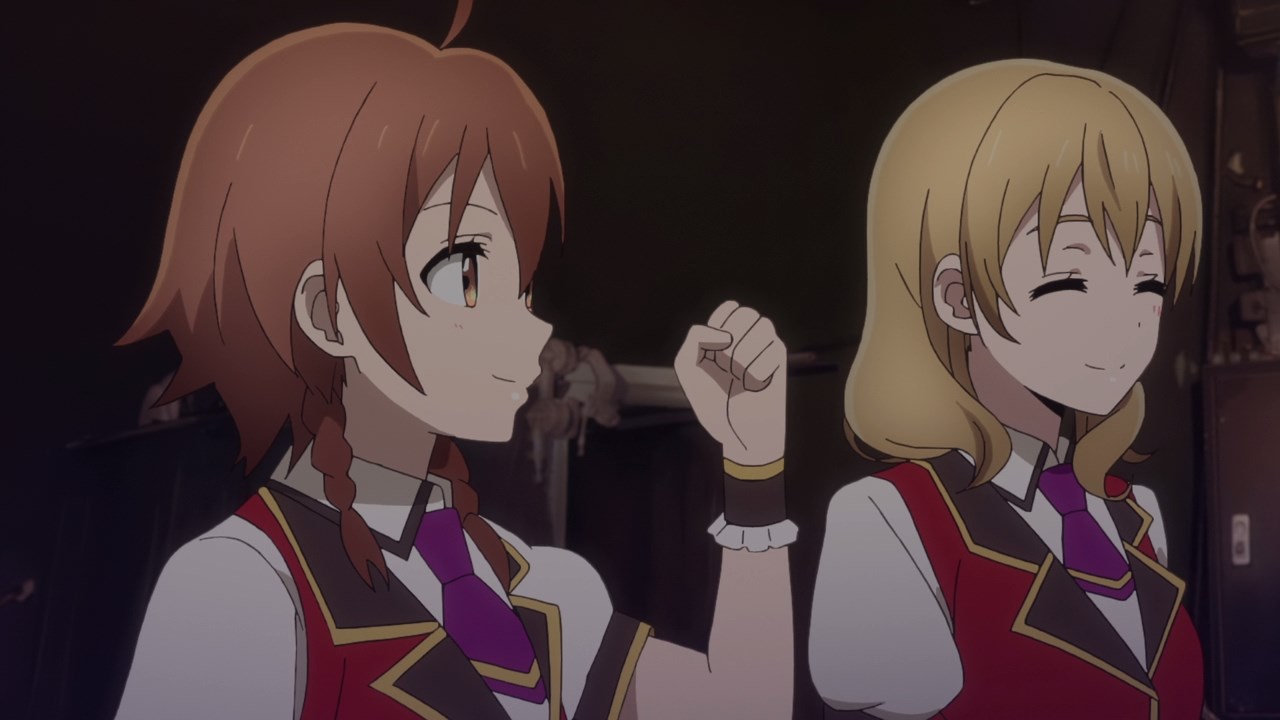 One more thing, here’s both Kasane Hasekura and Christina where they’ll looking forward to compete with them in the upcoming Love Live! School Idol competition. 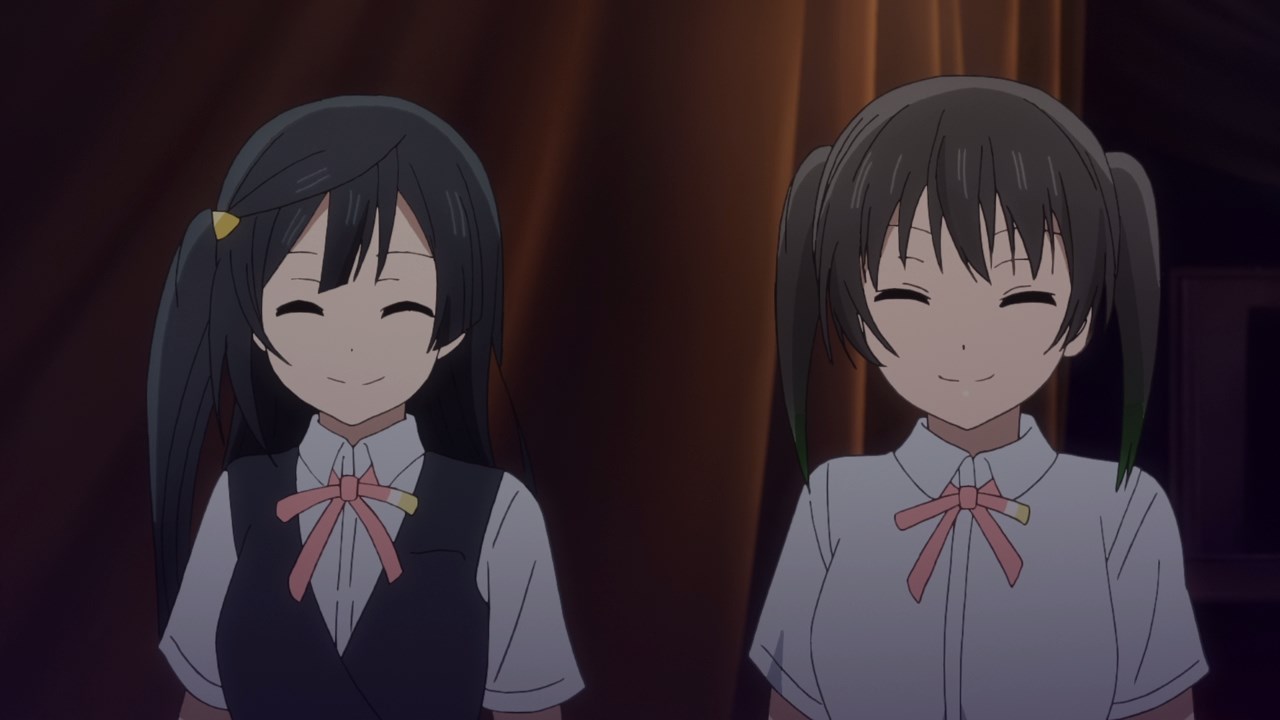 Then again, I don’t think Nijigasaki High School will compete in Love Live! yet and besides, it’s sucks that Shinonome Academy might not feature in real-life concerts much like A-RISE.

But that’s about it for this episode and it seems that we have 2 characters that needed some focus. Of course, I wonder if there will be more drama once all 9 members got their limelight? Who knows…