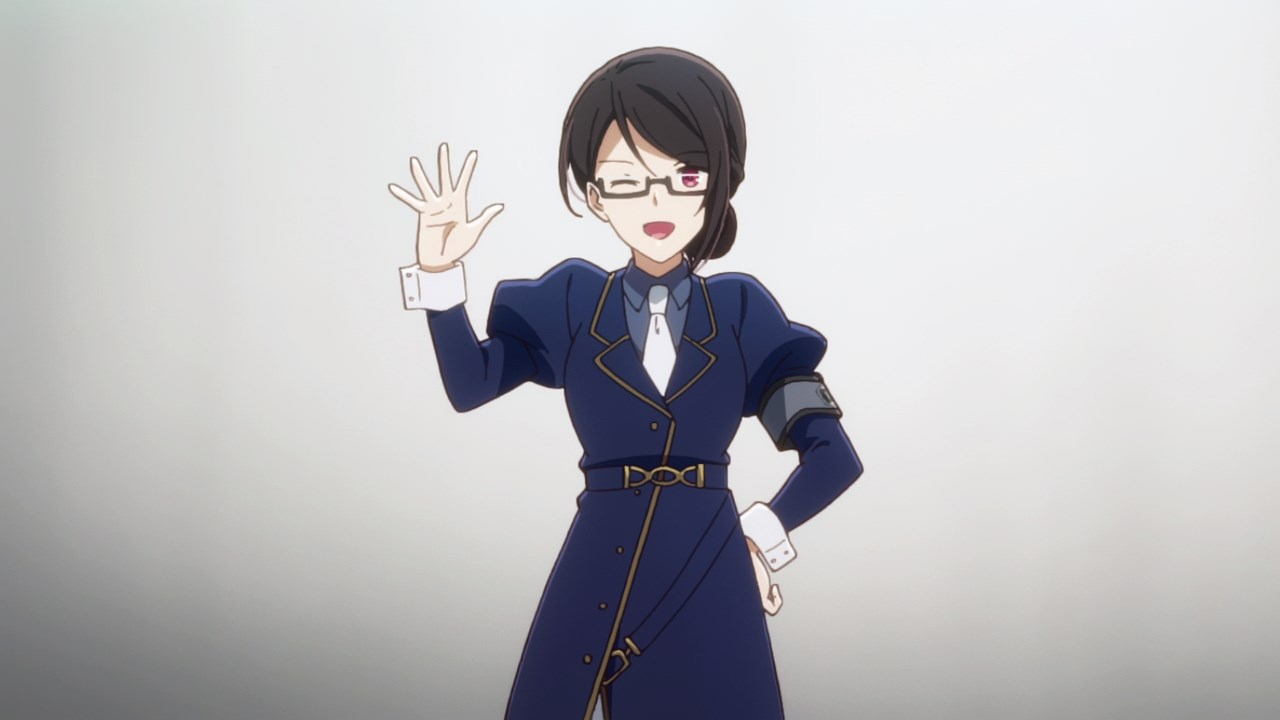 Oh look, it’s Risya In Empire where she told Iska and the team that they’ll conduct a highly-secretive and dangerous mission. 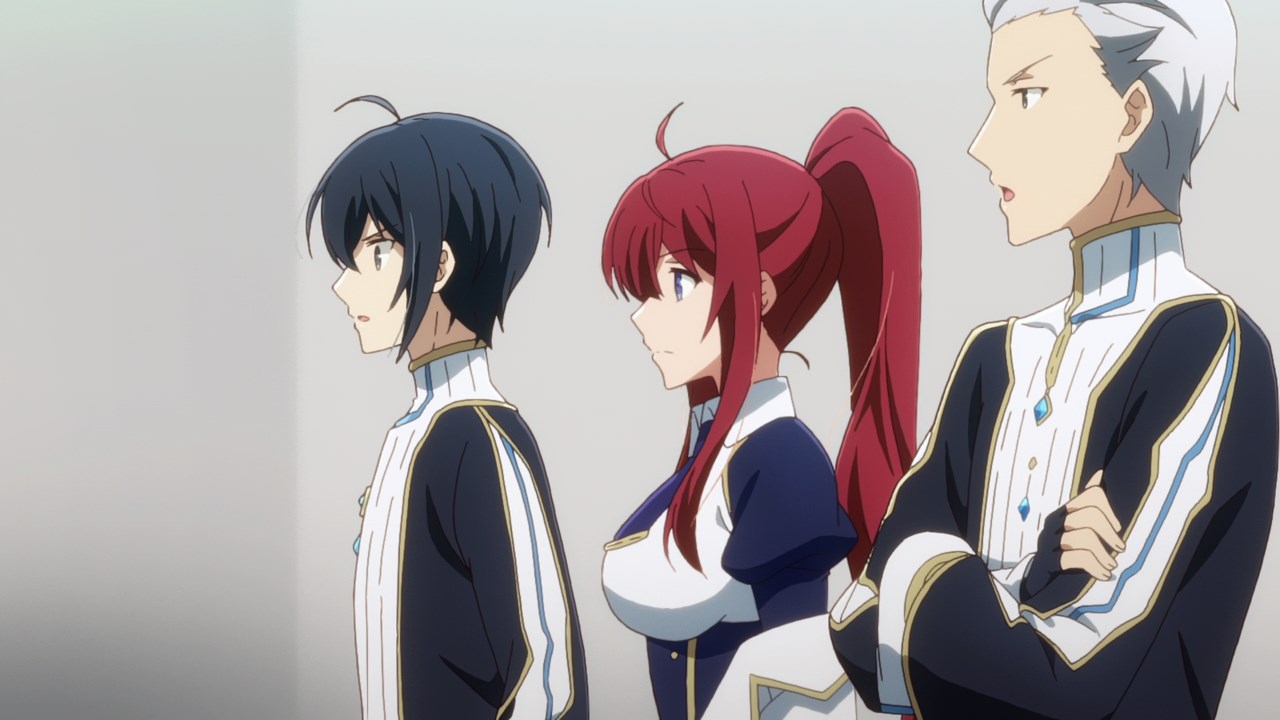 Said mission involves infiltrating the Nebulis Sovereignty and capturing Queen Millavair Lou Nebulis VIII. Of course, Jhin Syulargun found it absurd that he doubted that accomplishing the mission would end the century-old conflict.

And speaking of the Nebulis Sovereignty, there are various princess who are aiming to become the next head of state like Kissing Zoa Nebulis IX and Aliceliese Lou Nebulis IX, meaning that the Heavenly Empire won’t crush the Sovereignty easily by capturing the current queen. 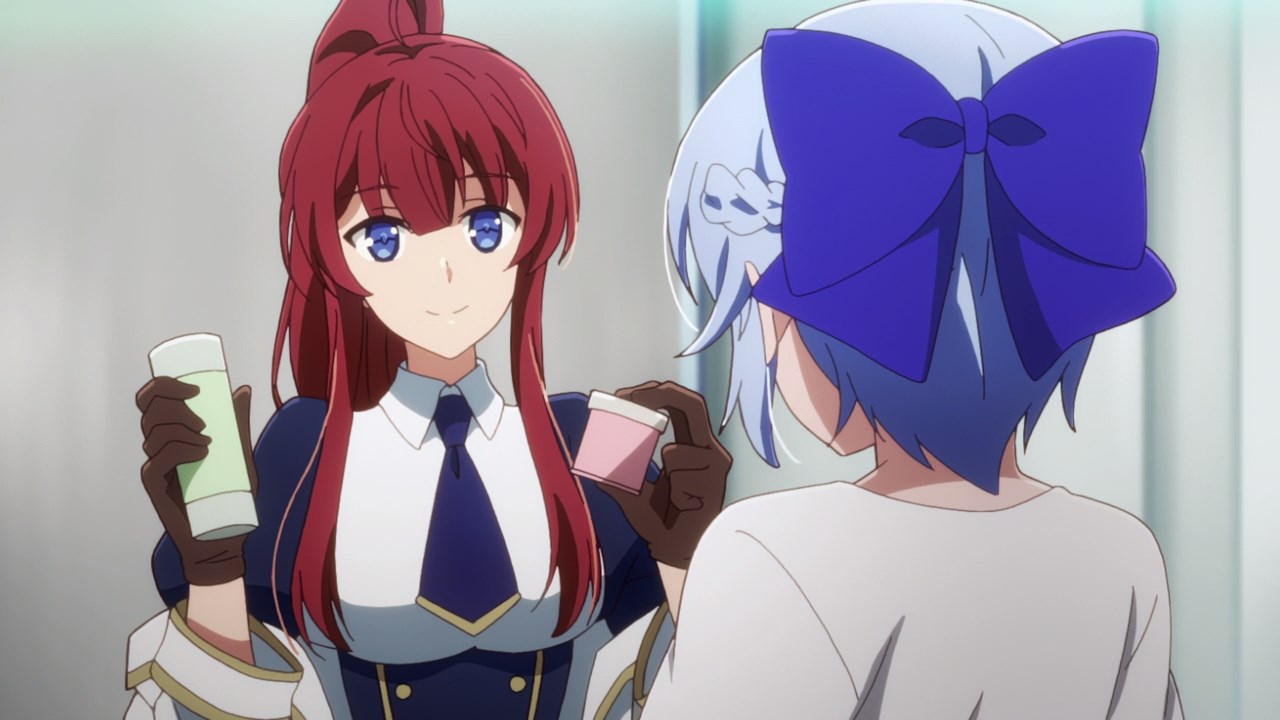 Now then, let’s focus on Mismis Klass where she’s having a bug bite lately which bothers her pretty much. Thus, she asked Nene Alkastone to apply some anti-itch lotion as Mismis removes her clothes. 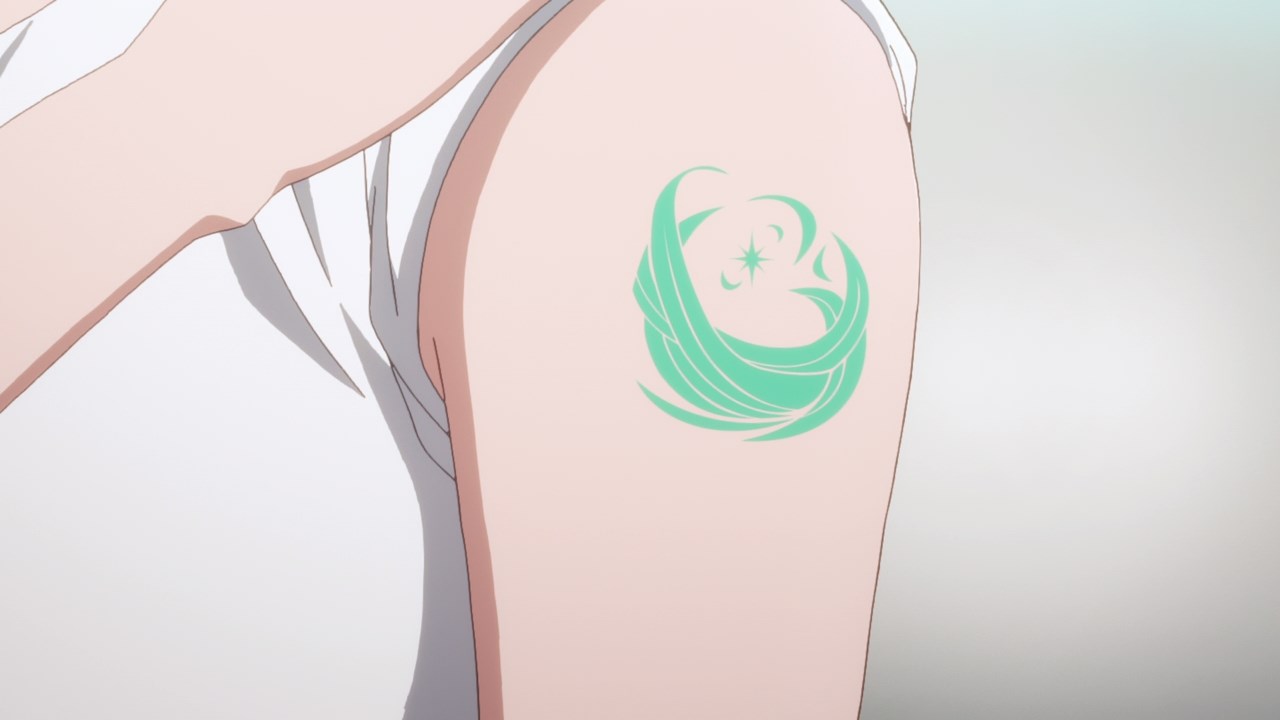 However, it turns out that she didn’t get a bug bite, but rather an astral crest which means that Mismis Klass has turned into a witch.

Oh and do you know how did she become one? Well, Mismis went into the vortex in the previous episode and thus her body is filled with astral energy. 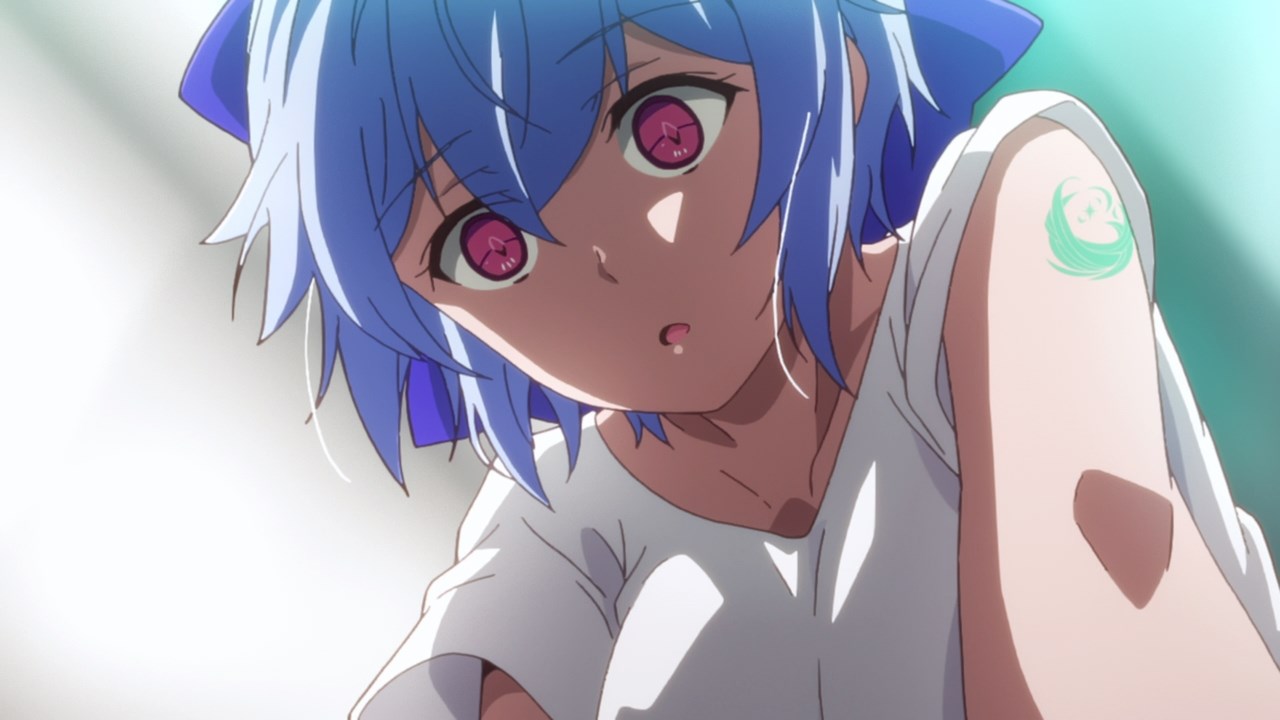 For Mismis Klass, it was a surprising revelation as she’s branded as a traitor by the Empire, due to having astral energy in her body. And really, the Empire feared that having people with astral energy might topple them and thus they began their century-old witch hunt, which it soon turned into a forever war with the Sovereignty.

In any case, Mismis is doomed as she’ll either become a guinea pig or be executed just because she has magic. Ugh, I don’t like this at all! 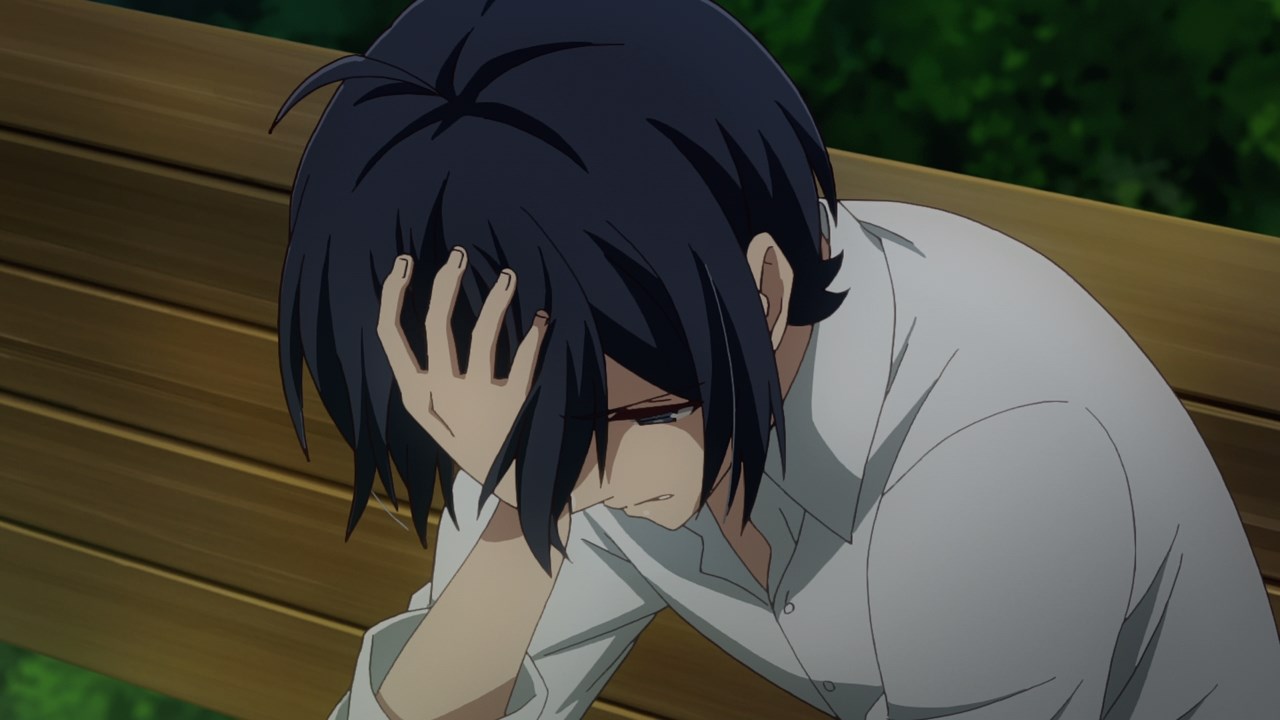 Moving onto the next scene where Iska is having trouble on keeping Mismis safe from the likes of Risya and Nameless.

While he kept his captain in a Neutral City, it’s just a temporary solution ’cause won’t be long before the Empire capture Mismis Klass and possibly kill her. 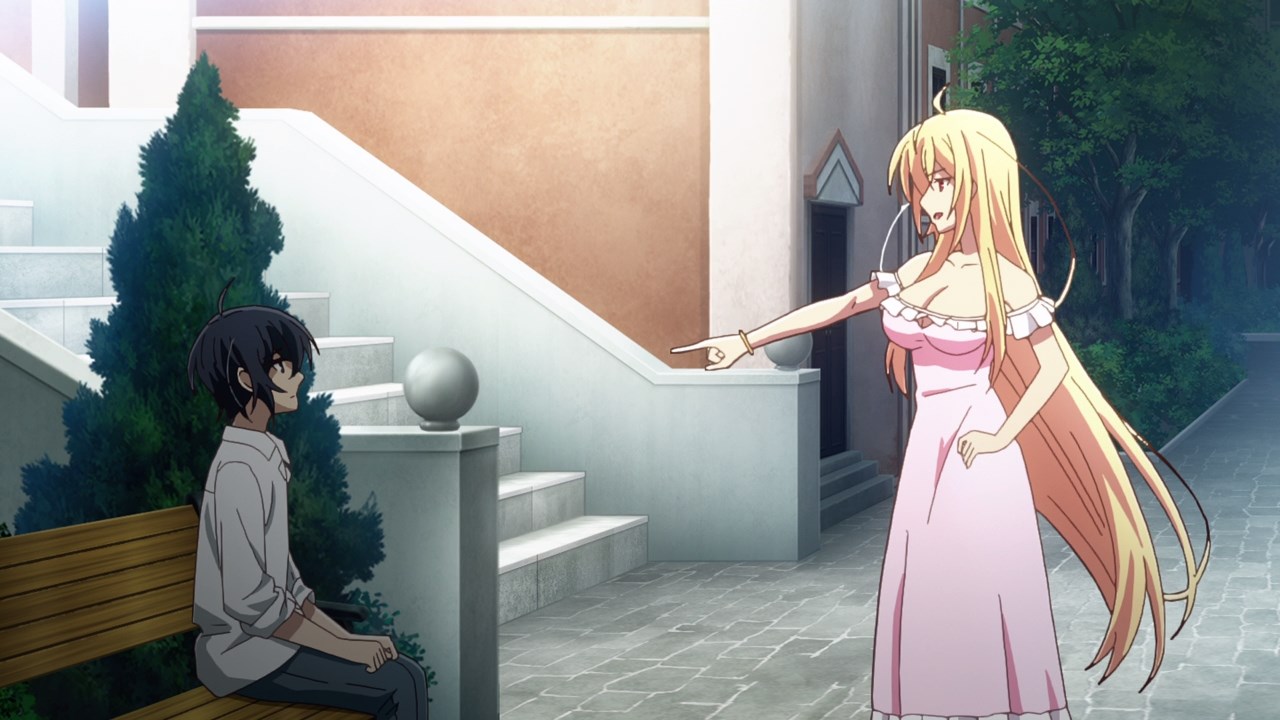 On the other hand, the Ice Calamity Witch is here as Aliceliese Lou Nebulis IX challenges Iska for a duel.

Um Lady Alice, not right now ’cause you’re in a Neutral City and Iska is not in the mood to fight you. 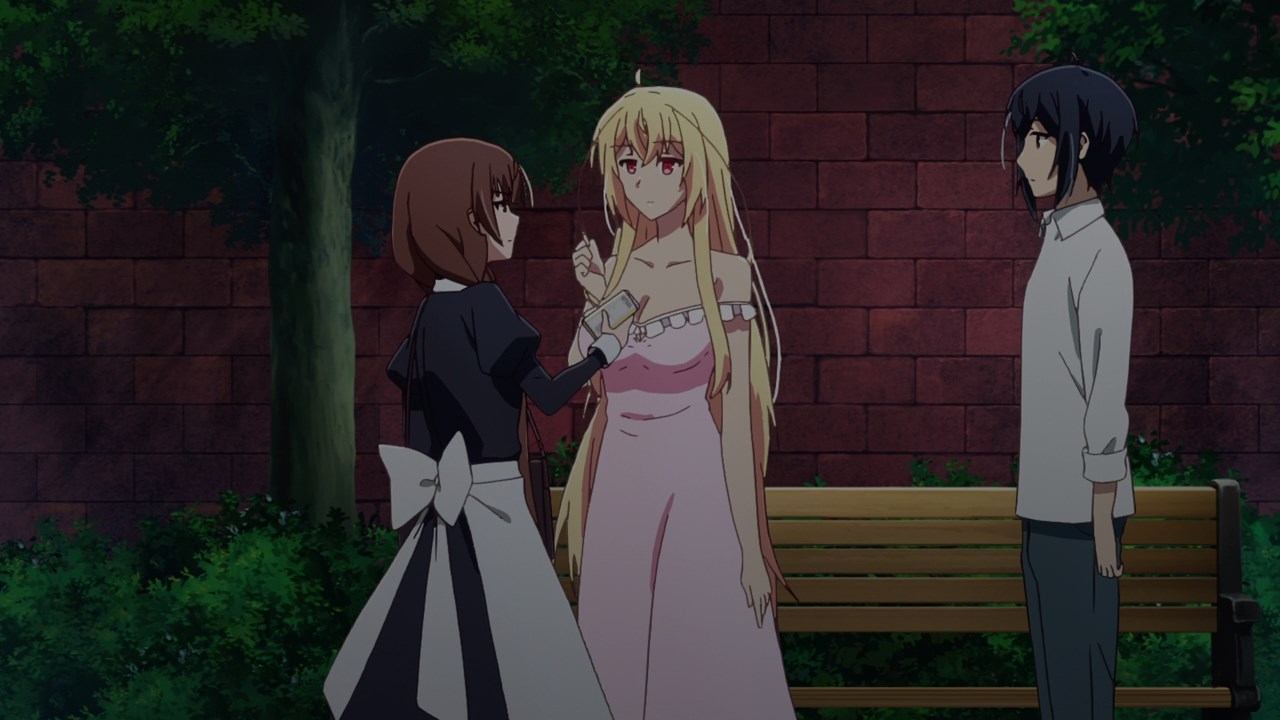 Instead, they decided to treat Iska as Rin Vispose offered him a can of lemon apple juice, the Sovereignty’s favorite drink. 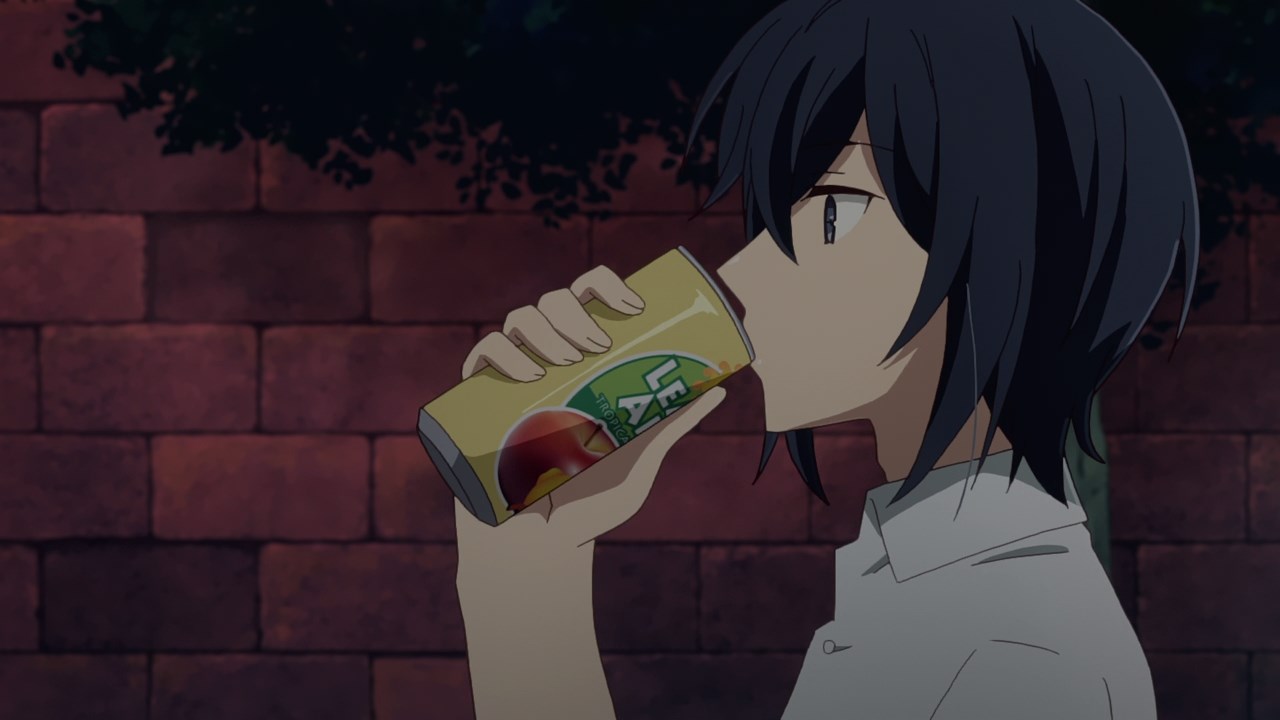 Of course, while he enjoys drinking lemon apple juice, I have a bad feeling about this as the drink might have some poisonous additives. But that doesn’t stop Iska from chugging it anyway. 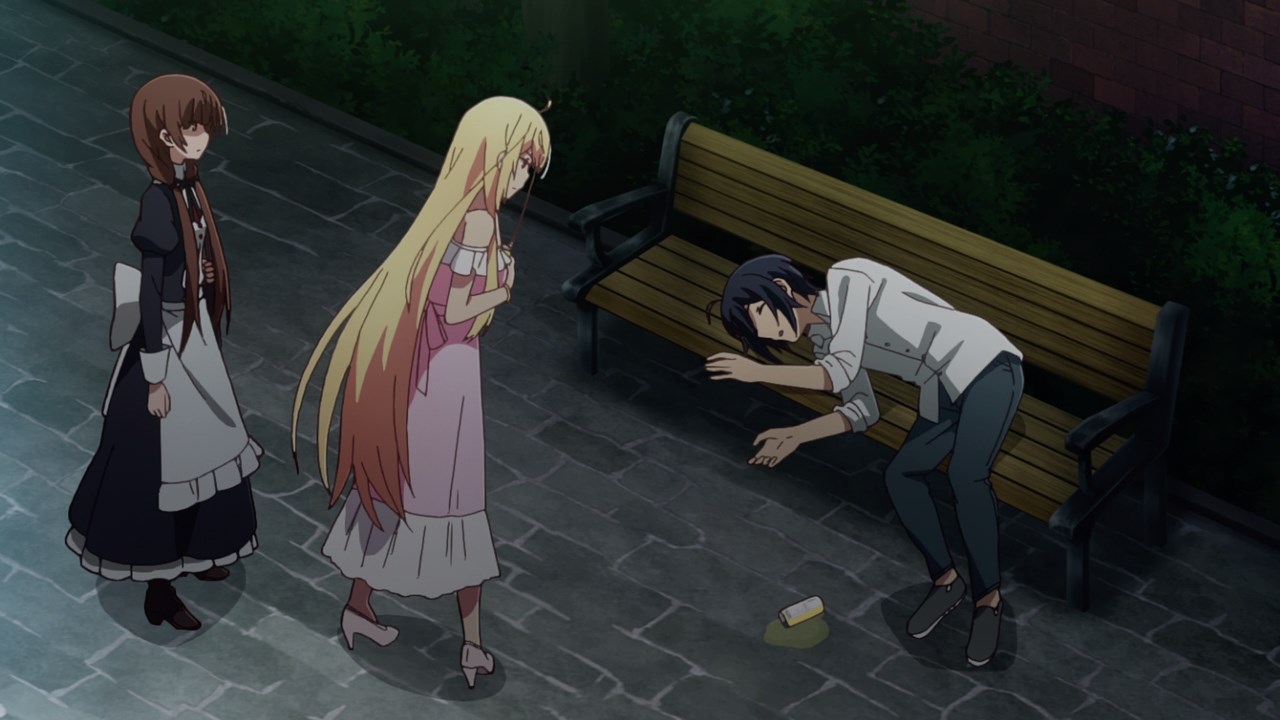 And because of this, Iska felt sleepy and collapsed upon drinking the juice.

Man, he should have checked if it’s poisonous or not but it doesn’t matter now ’cause Rin and Alice are gonna take him to the Nebulis Sovereignty. 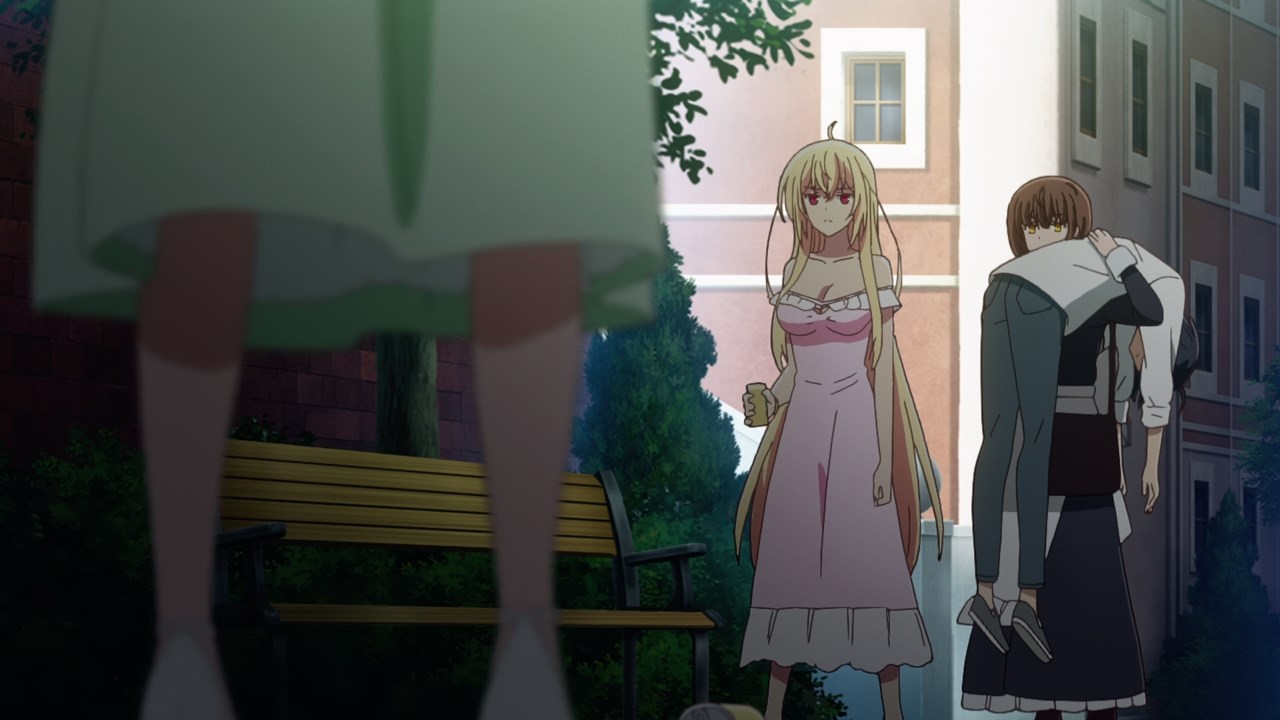 Of course, there’s one person who doesn’t like Iska being taken away by the Ice Calamity Witch. Ugh, she should have hide somewhere! 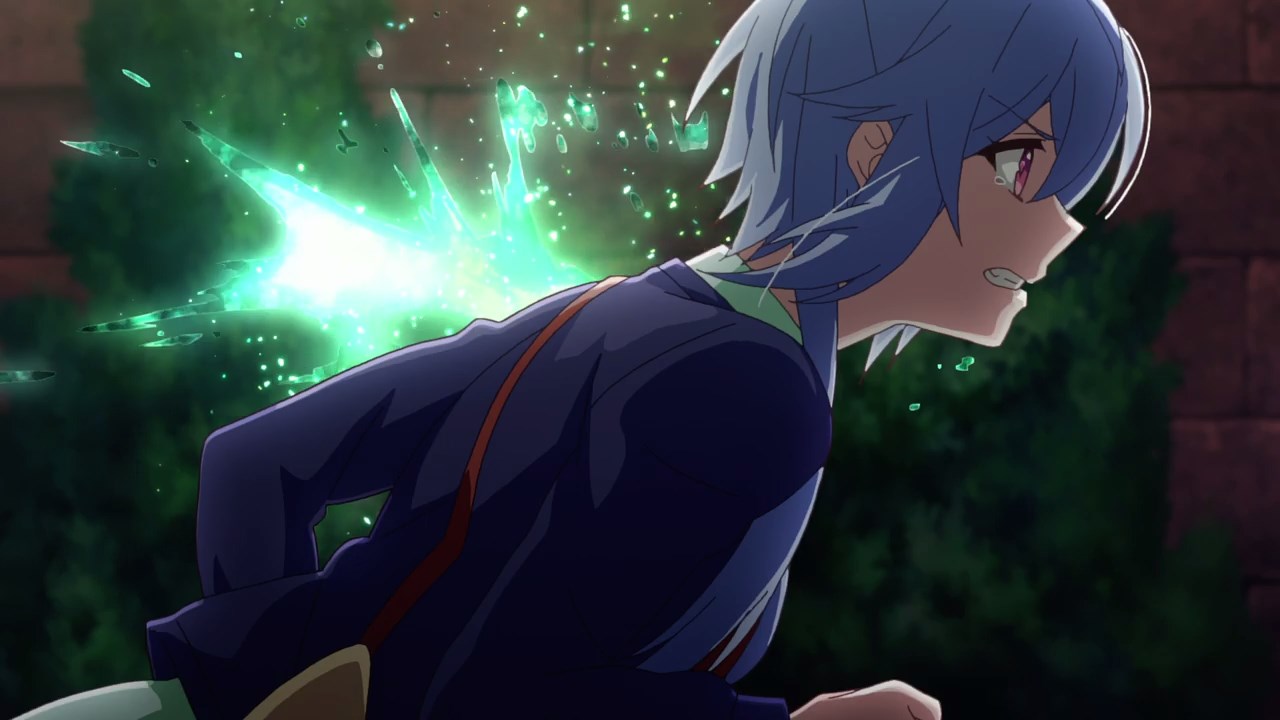 Anyways, here’s Mismis Klass where she tries to stop both Rin and Alice by using magic. Then again, she’s a beginner when it comes to harnessing astral energy. 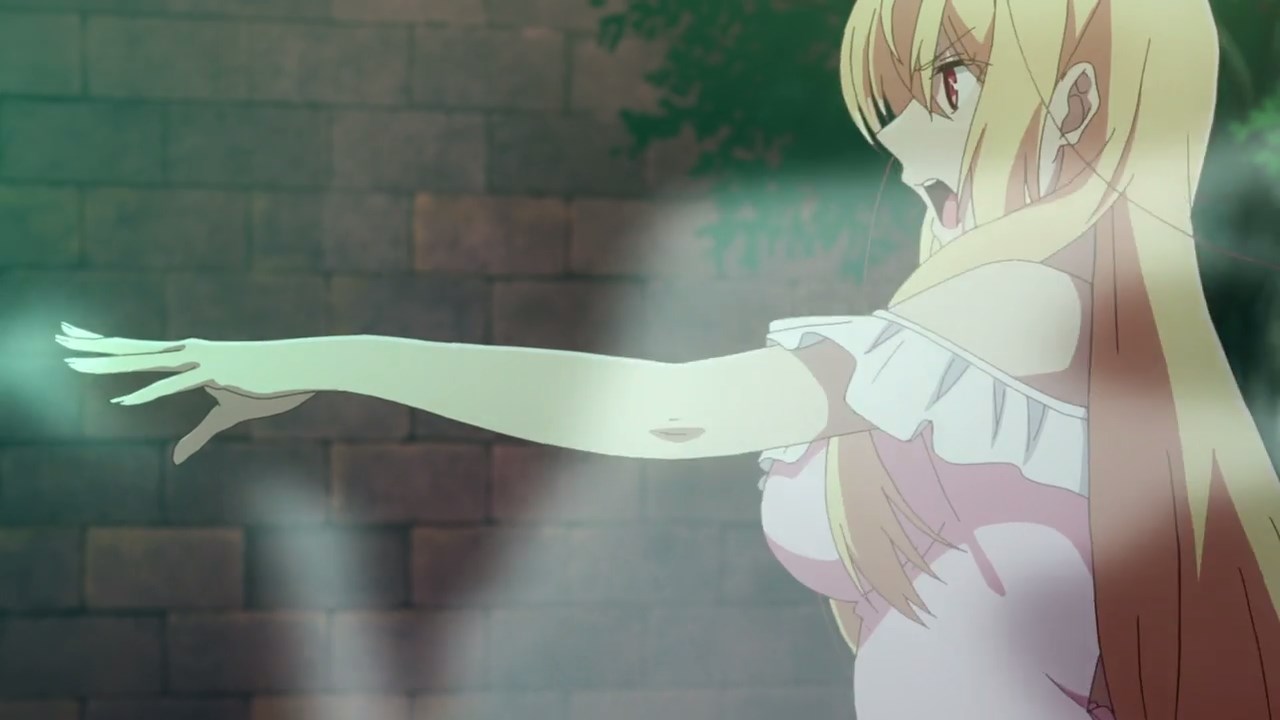 Not on Aliceliese’s watch however as she’s gonna stop Mismis by freezing her feet. Looks like Iska’s captain can’t win against the Ice Calamity Witch at all. 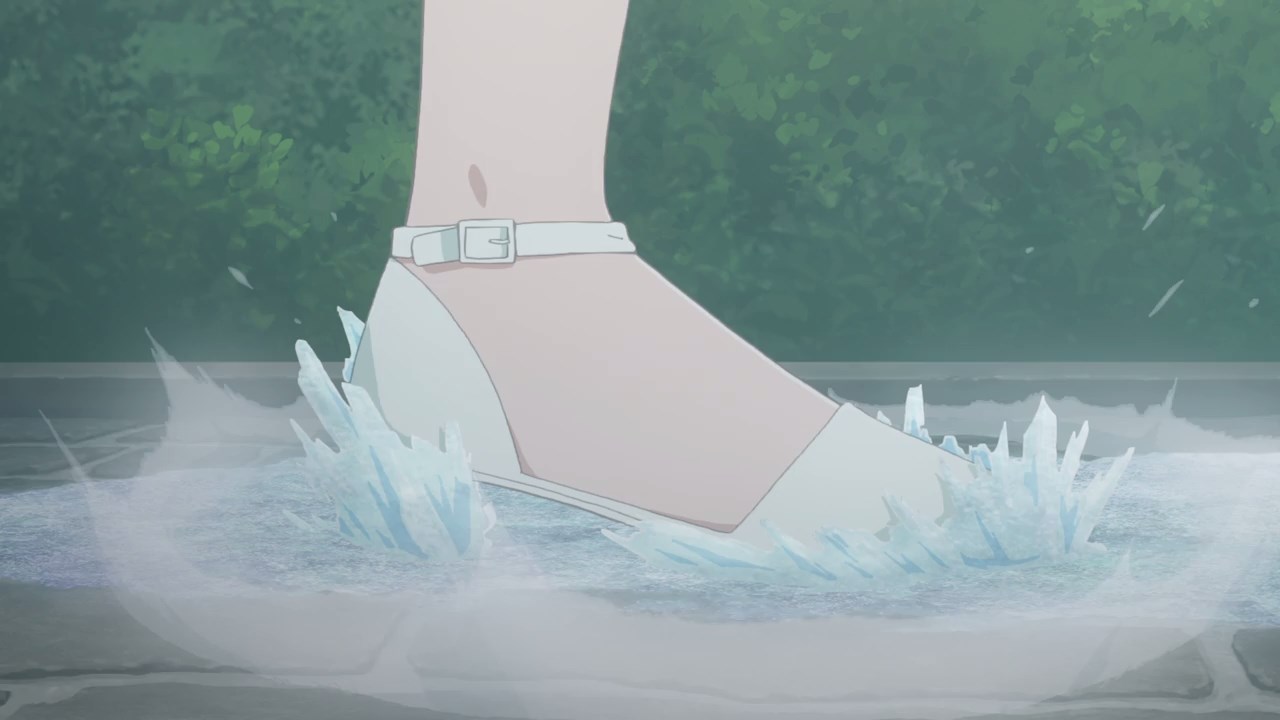 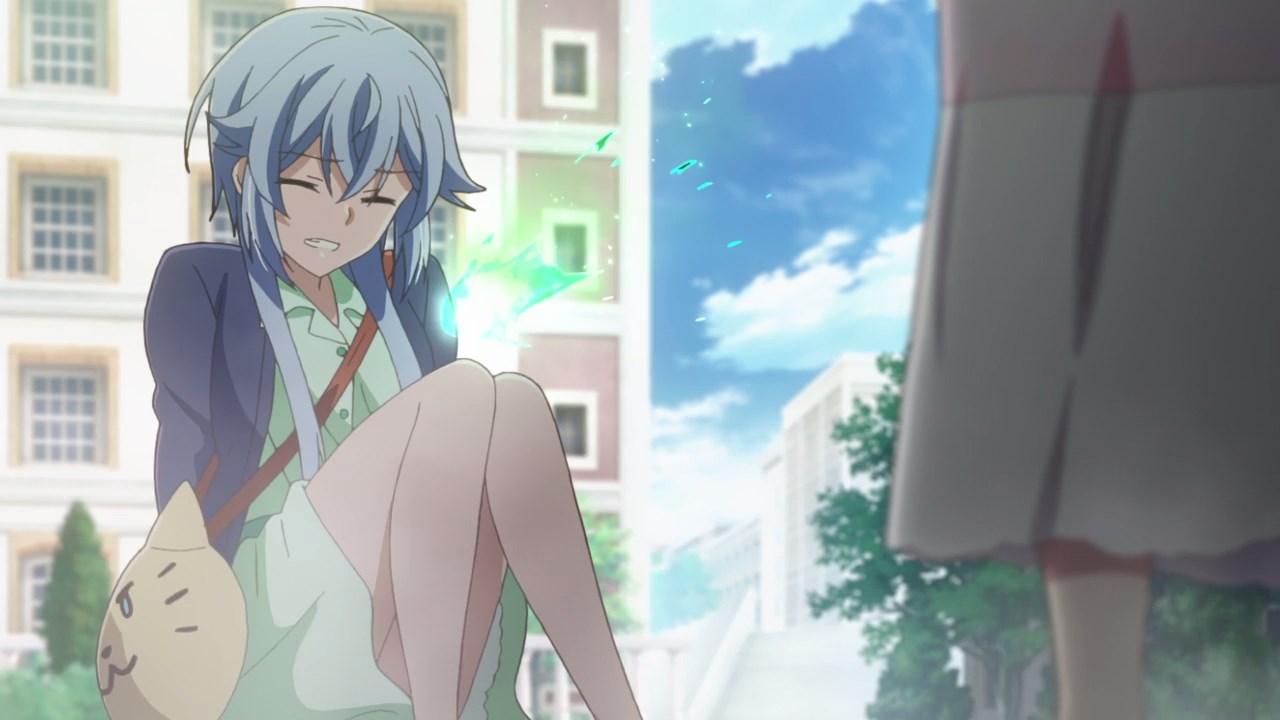 In any case, Lady Alice stopped Mismis as she and Rin will take Iska to the Sovereignty. But you know something, I feel that the Empire planned it all along to let the Saint Disciple be captured, so that he can destroy the Sovereignty from within.

Of course, we’ll never know if the Empire’s plan will succeed but anyways, I’ll see you next time and I hope both Iska and Mismis Klass are safe!