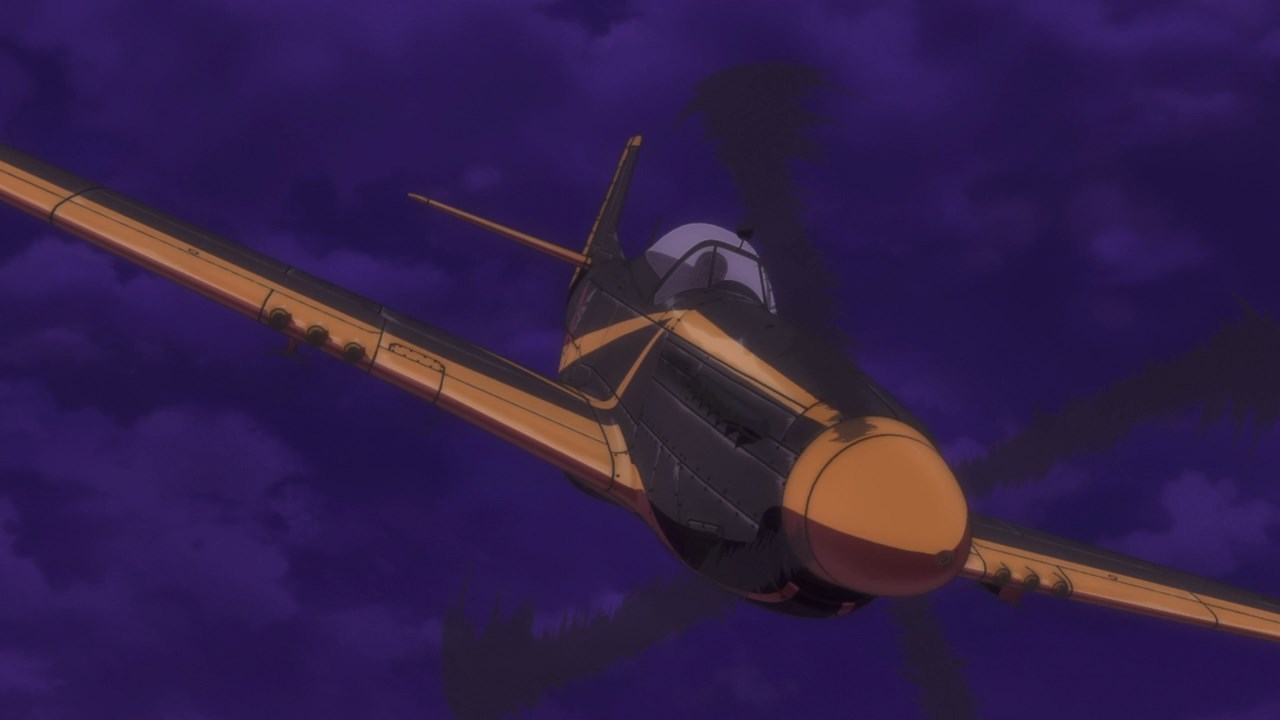 Well here it is, Sakura Okita’s Ortlinde where the Hero Wing of the Named Valkyrie is resurrected to kill its former allies. Of course, this mission to destroy the Primary Pillar has taken a sudden turn for the worse… 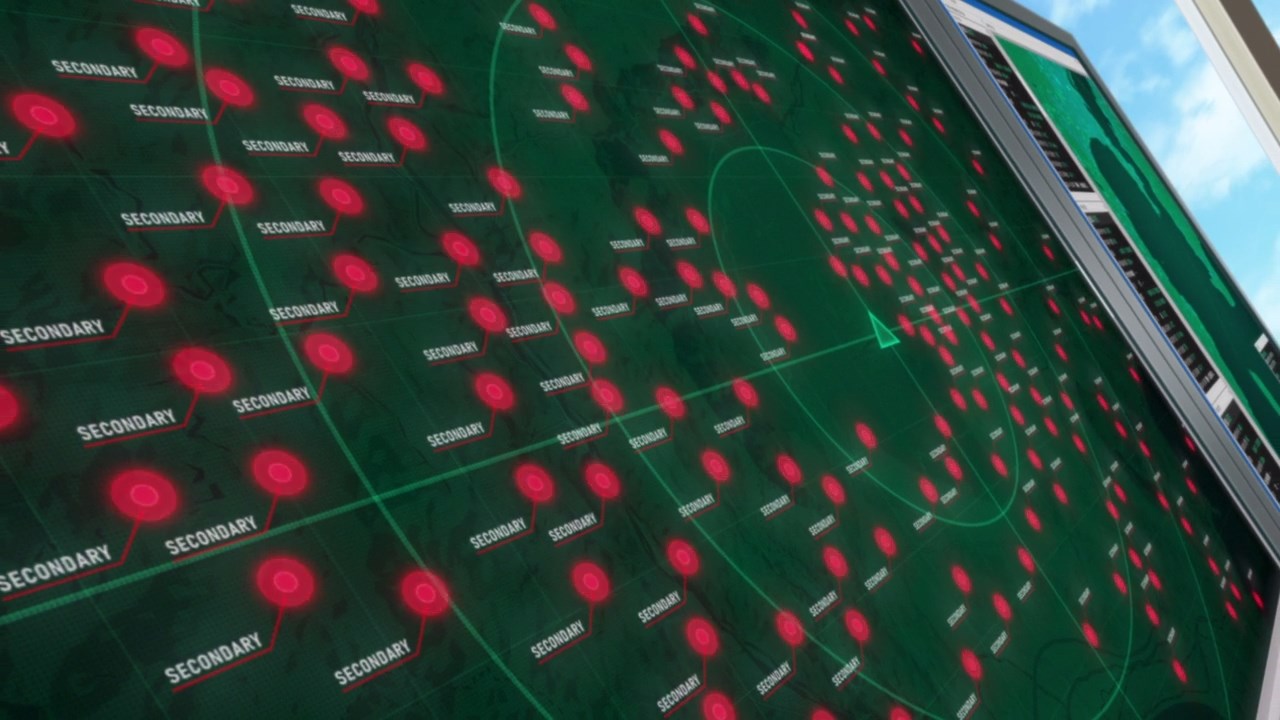 Turns out that multiple Pillars have arrived at Mt. Fuji to destroy every single pilot. At this point, the mission is unwinnable. 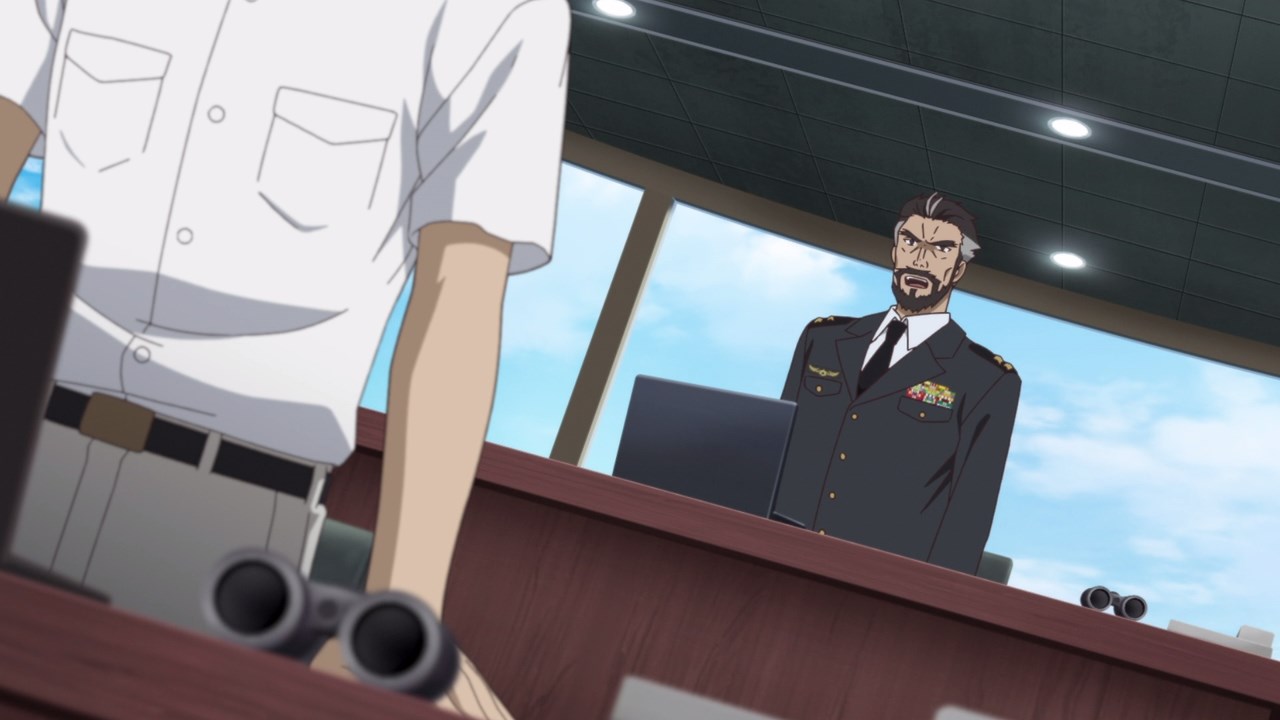 So much that Major General Toshizou Okita ordered everyone to make their escape.

Sure that he wants his personnel to survive and continue the fight as much as possible, but it seems that the survivors (if there’s one) won’t stage for a counter-attack at the soonest possible time. 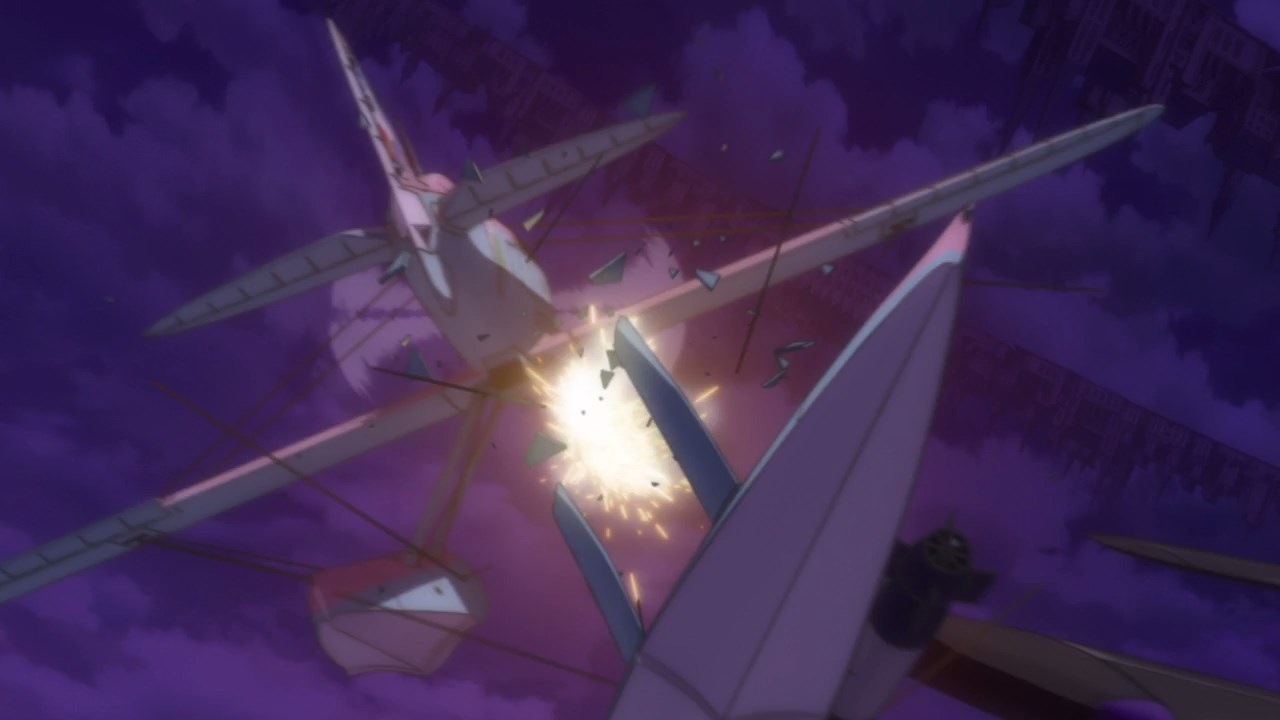 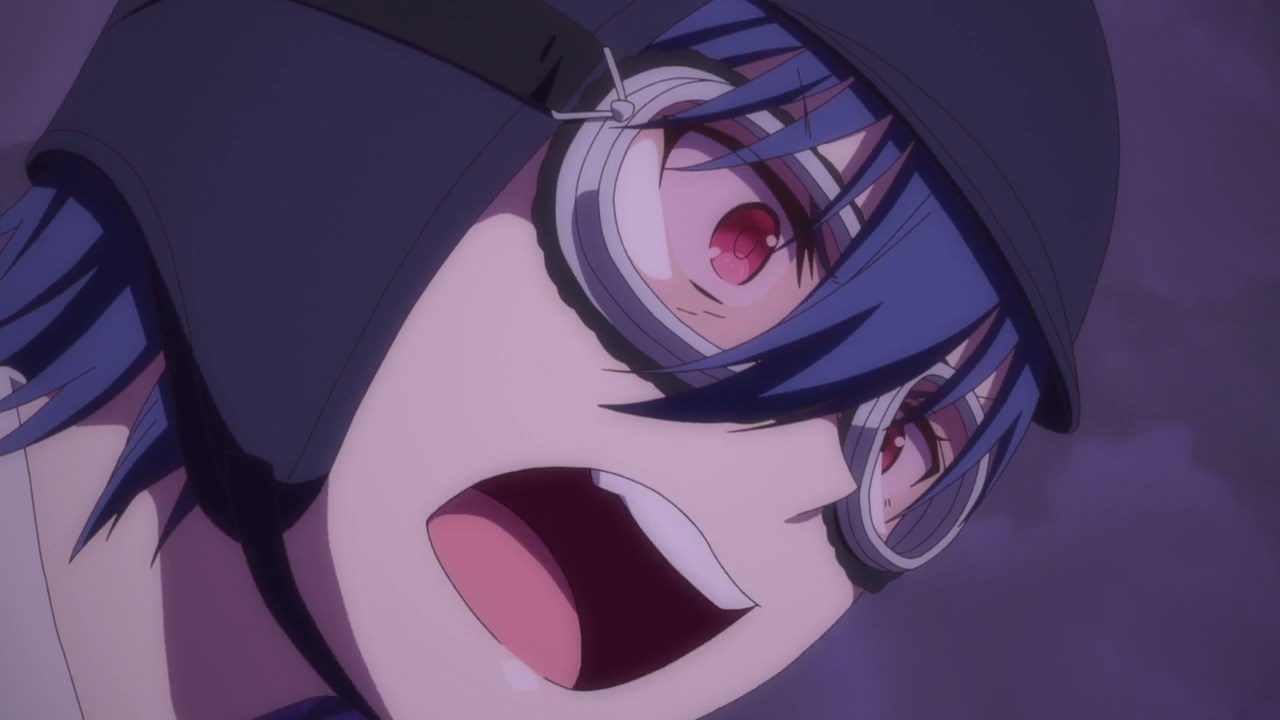 Now then, the pilots will make their retreat but it appears that it’s not gonna be easy as Yayoi Amatsuka was shocked that Sonoka Watarai got shot down. Let’s hope that Amatsuka will rescue her comrade. 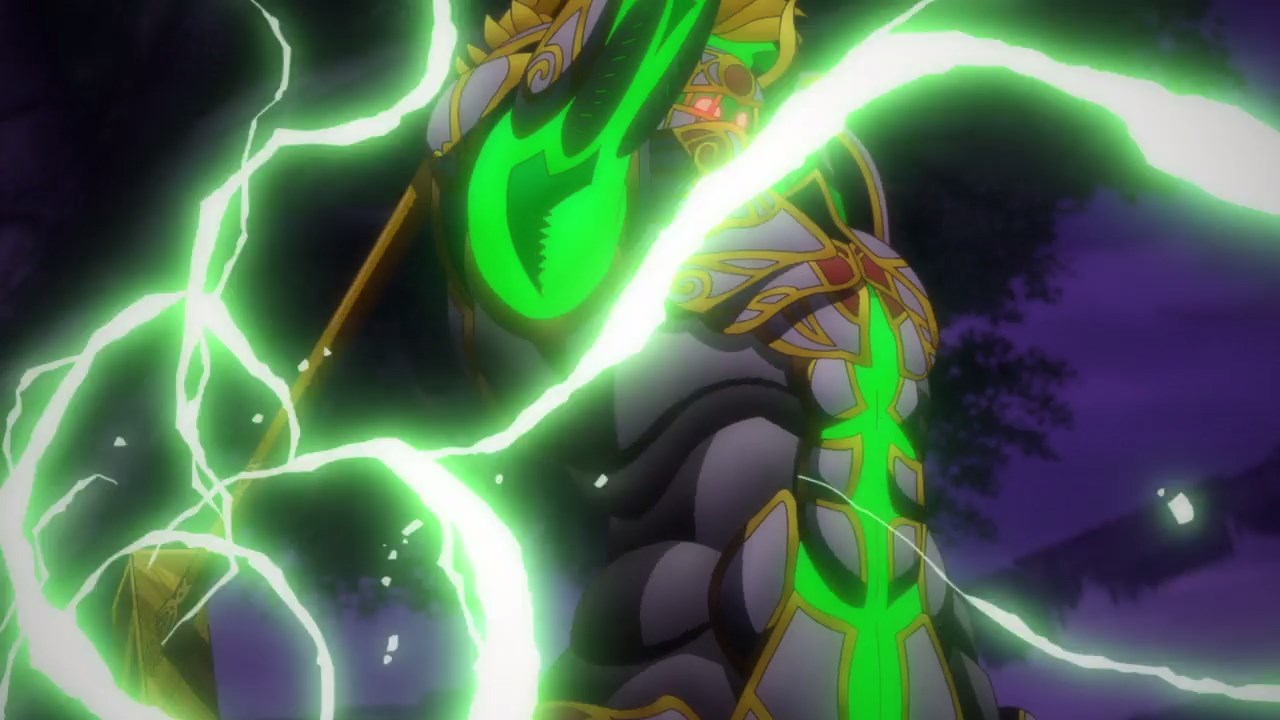 But the worst is gonna happen right now as Thor took out his Mjölnir hammer and smashes the magic circle with extreme force. 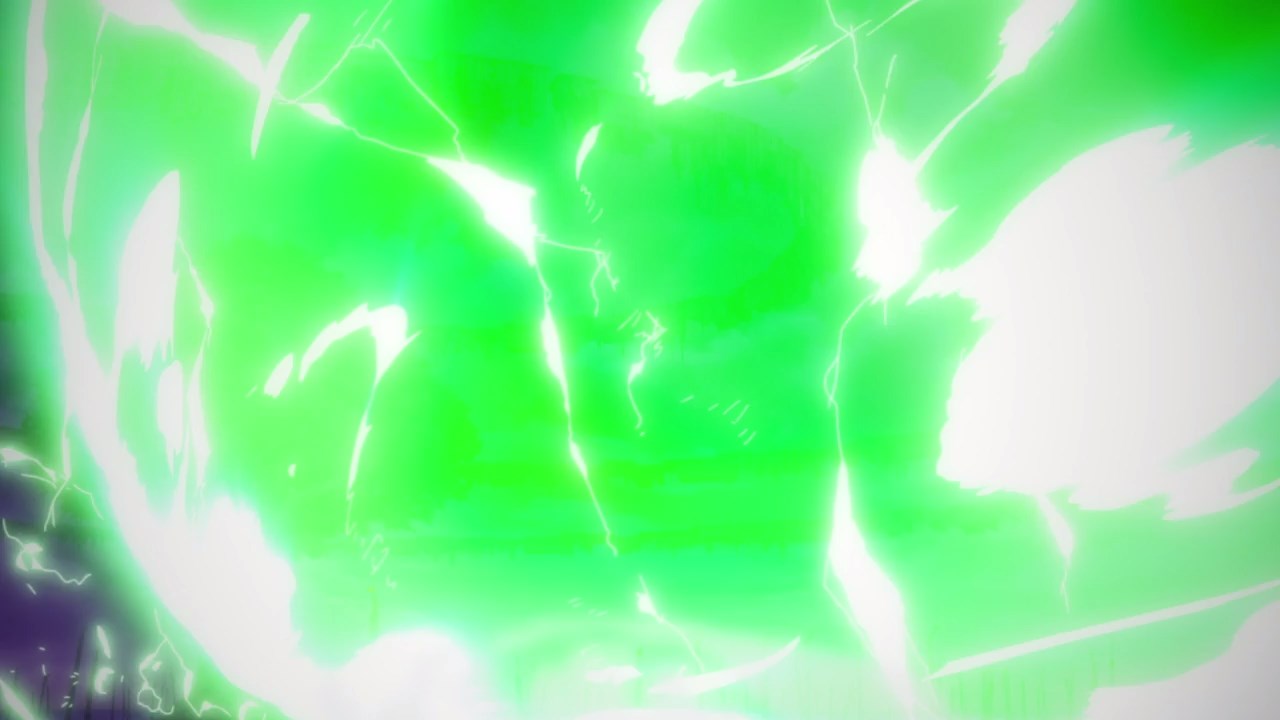 Oh and the Norse God of Thunder created a beam that might wipe out everything, including Tateyama Air Base where most of its personnel have abandon it. 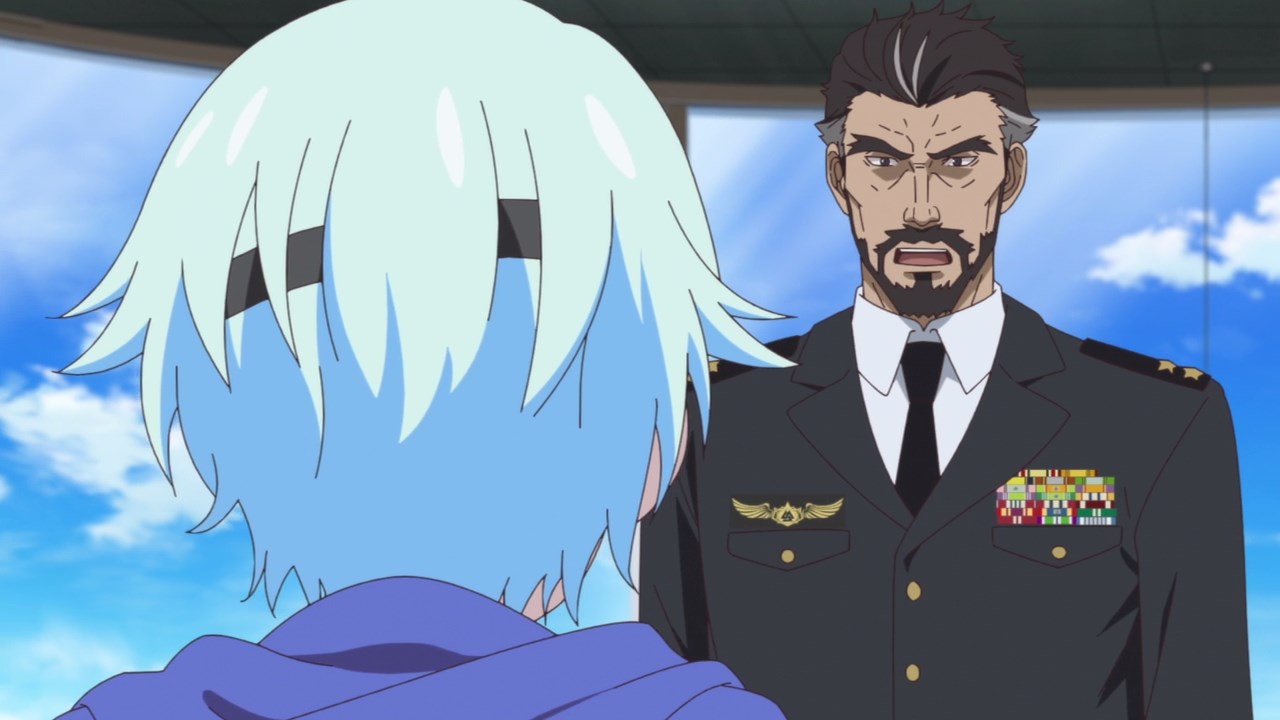 Well, the only exception is Major General Toshizou Okita where he stayed at the base and asked Odin on who is Thor and why this Norse god appeared. 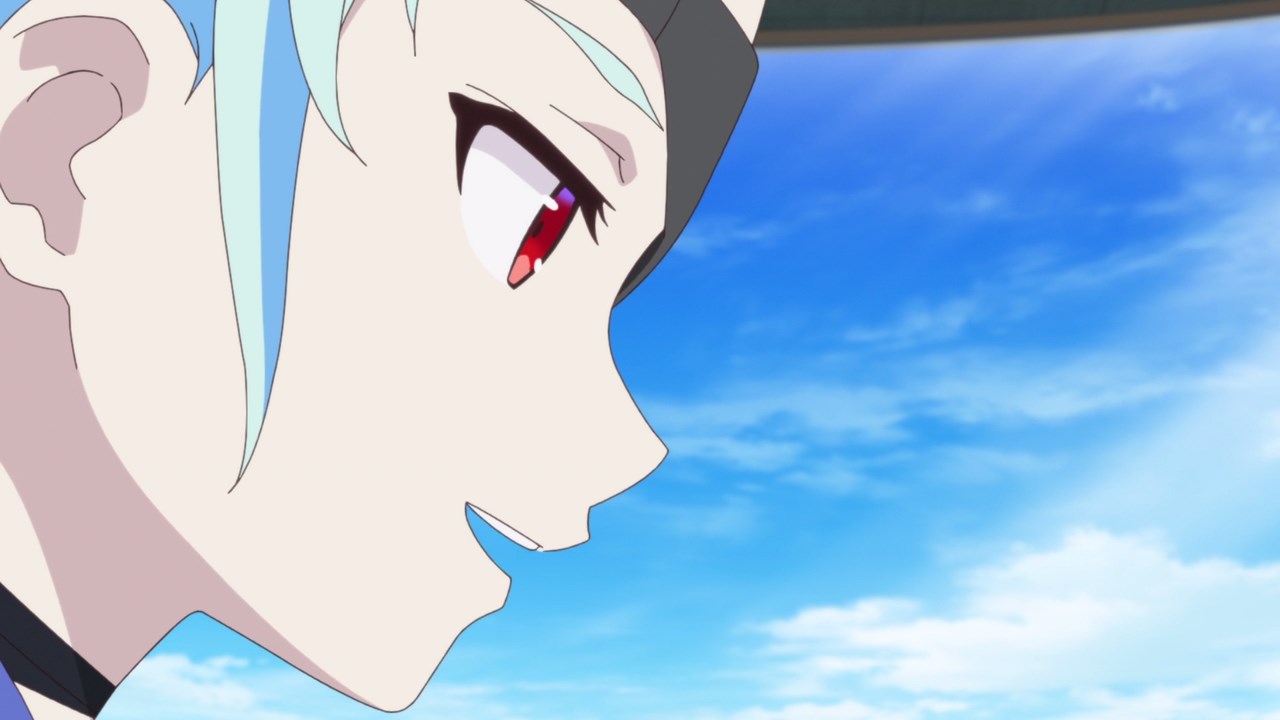 Of course, Odin won’t answer it because he’s waiting for the day that everyone will ascend to Valhalla. You know that, Odin is one sly Norse god who is a threat to humanity. 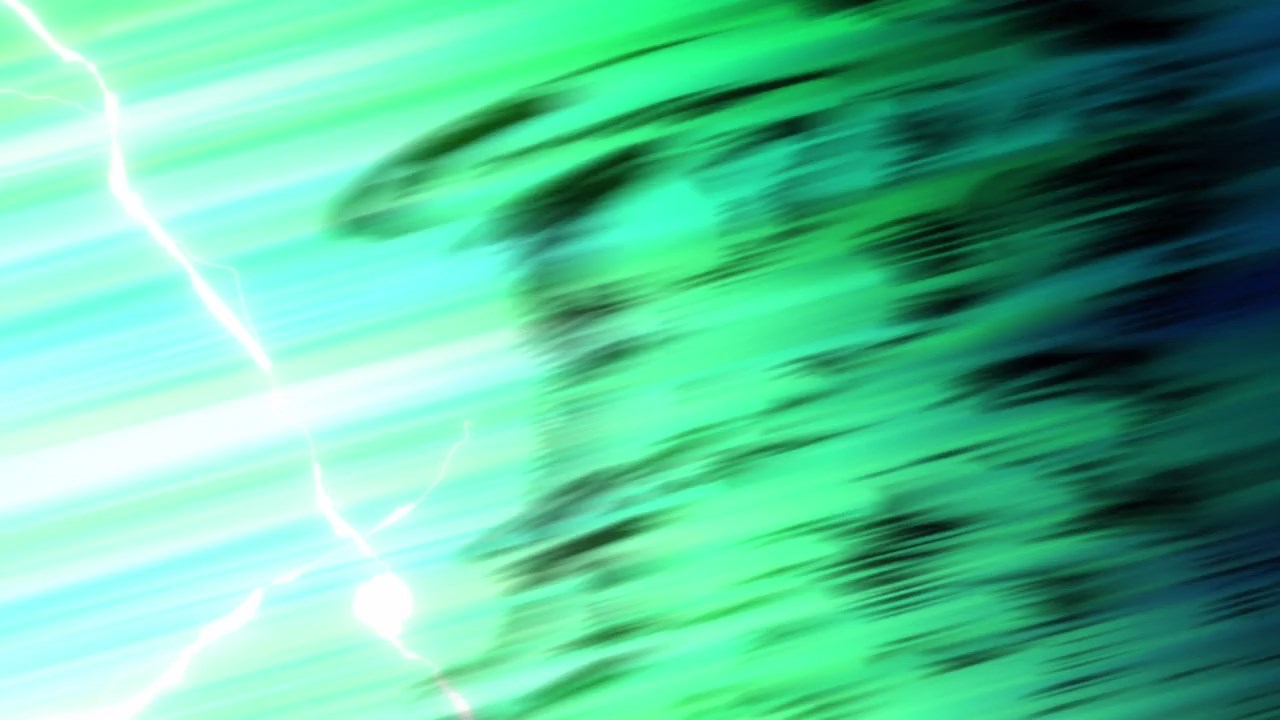 But anyways, Tateyama Base is wiped out thanks to Thor’s lightning beam, thus the operation to take out the Primary Pillar ended in failure.

Sure that Toshizou Okita is dead as he stayed at the air base, but I feel that Odin will return at some point because c’mon, he’s a Norse god who can’t be killed that easily. 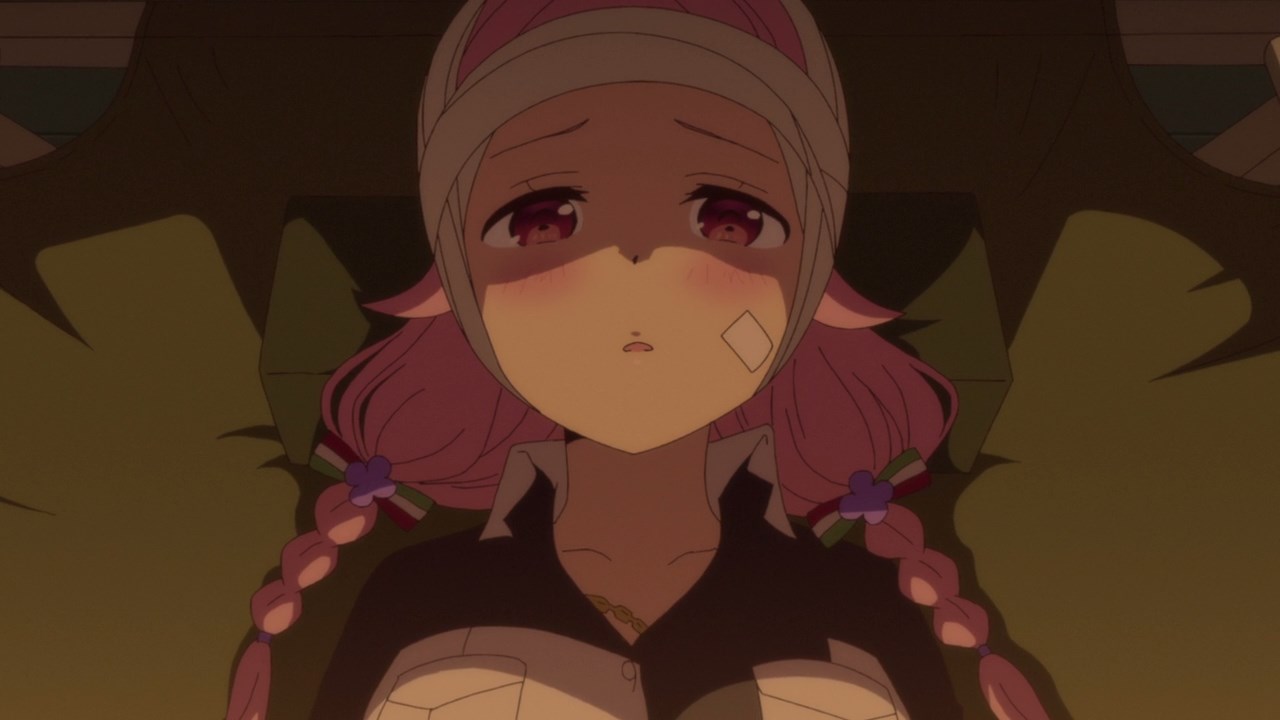 Now then, looks like most of the pilots and officers have survived as they went to an auxiliary site. This includes Sonoka Watarai where I’m surprised that she’s alive after her Hero Wing got wrecked. 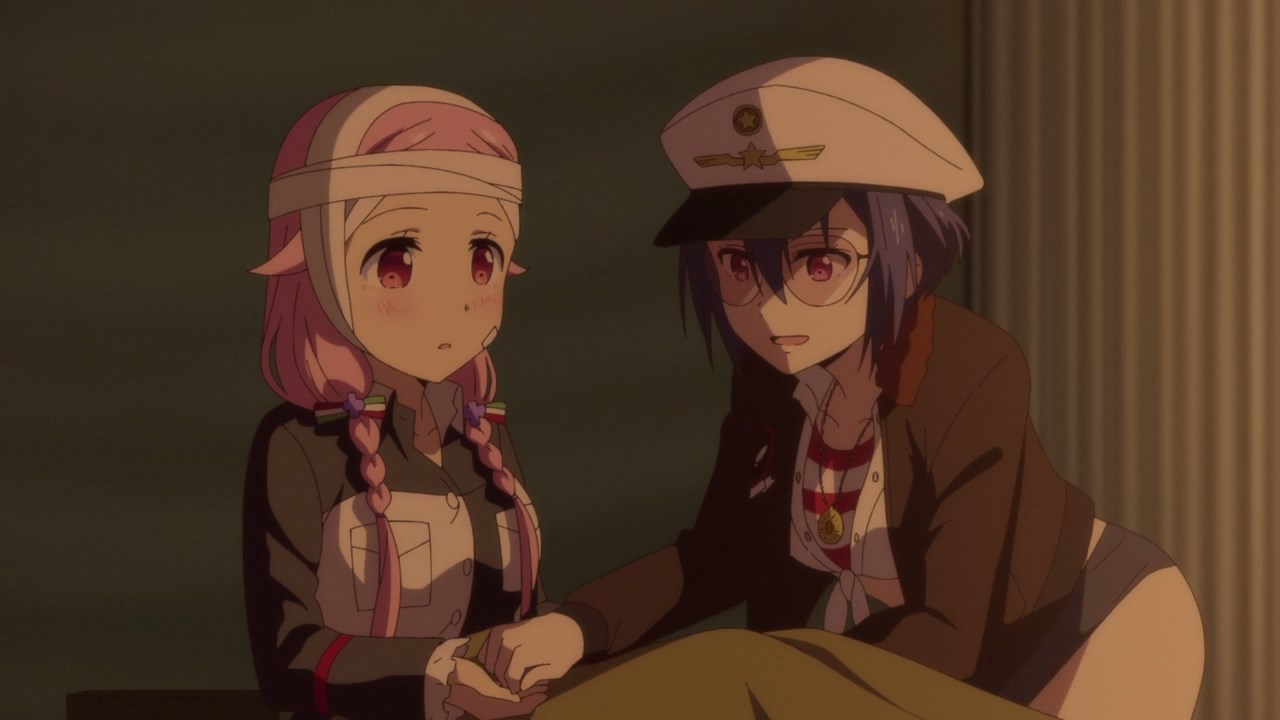 On the other hand, here’s Yayoi Amatsuka where she plans to rescue some pilots at Mt. Fuji but before she go, Amatsuka wants to give something to Watarai as she already took Sonoka’s pendant. 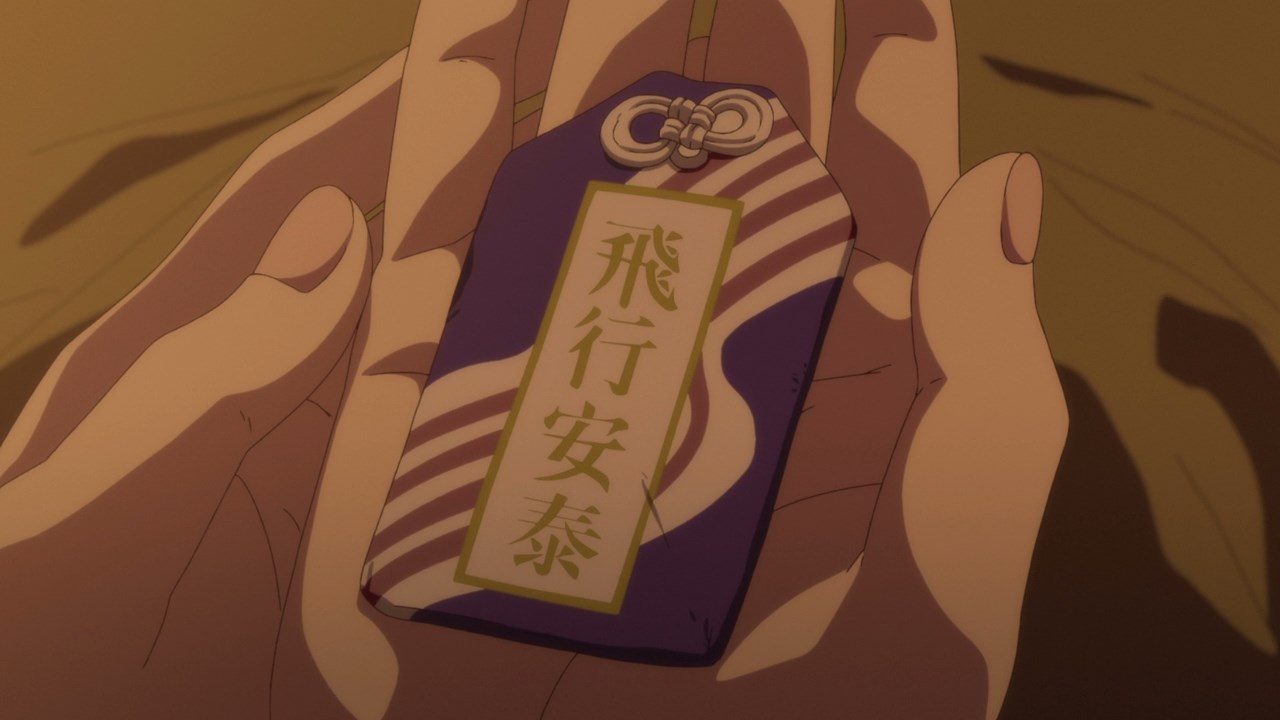 Anyways, Yayoi gave Sonoka her lucky charm and I have a feeling that I smell some death flags coming from Amatsuka. 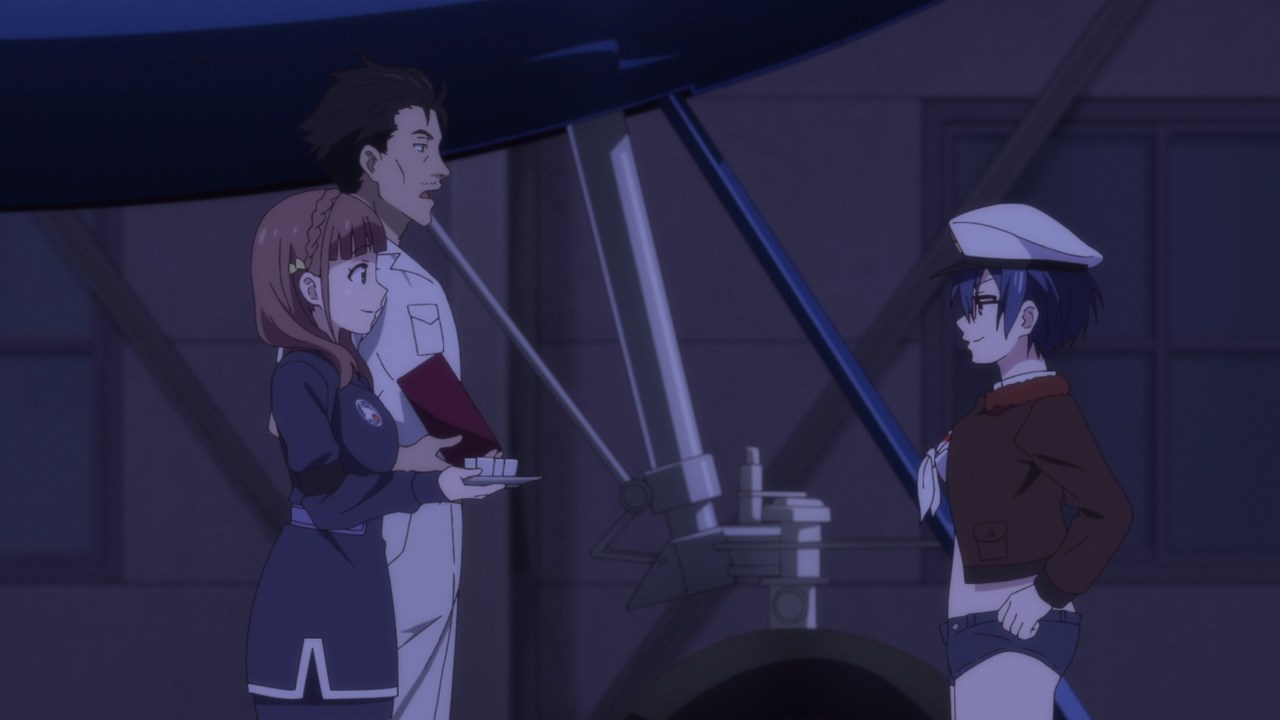 With that said, here’s Commander Ichiro Satomi where he brought his treasured sherry on this occasion and share it with Yayoi Amatsuka and her Shield Squadron. 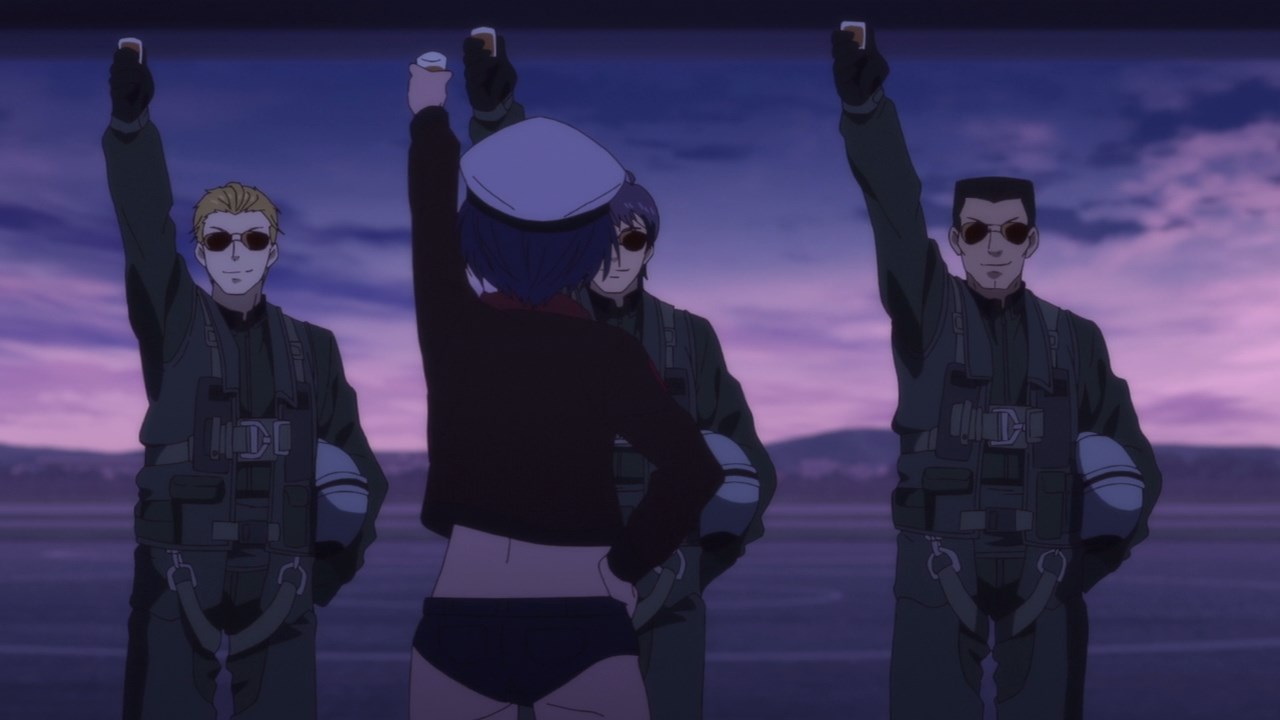 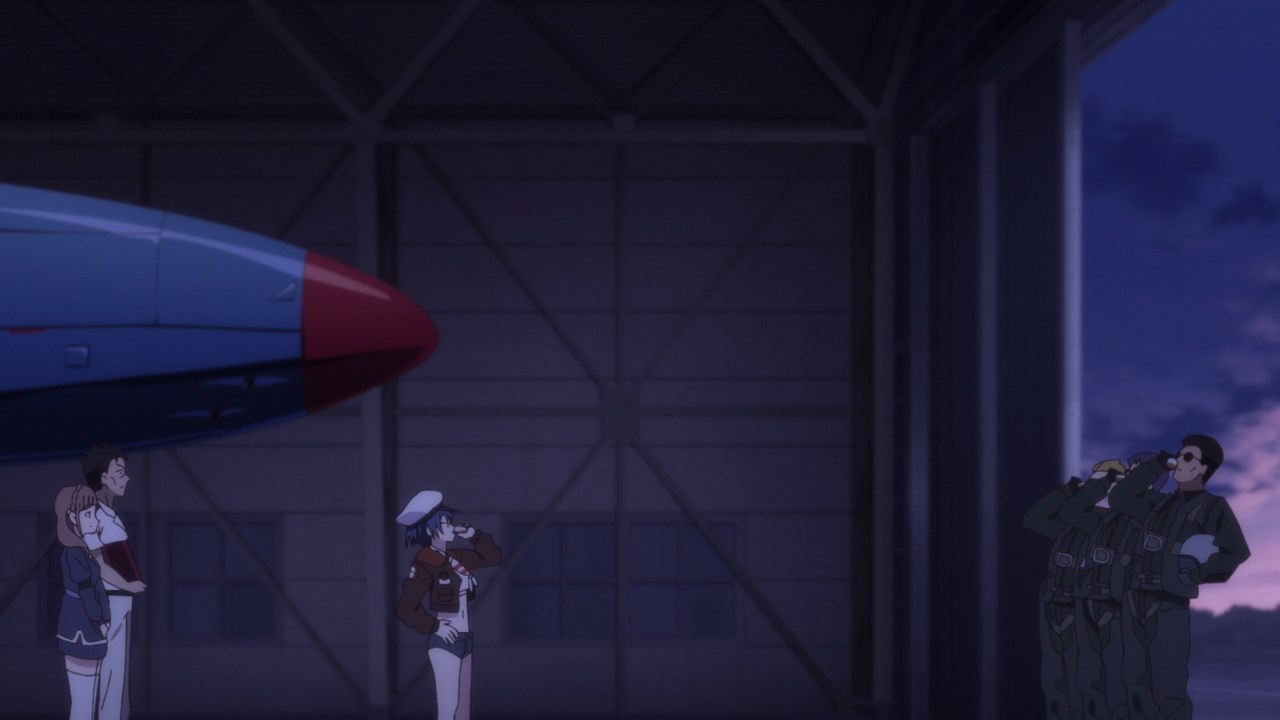 But you know something, I can see those death flags coming from Amatsuka and her boys as they drink their last shot of alcohol before they go. 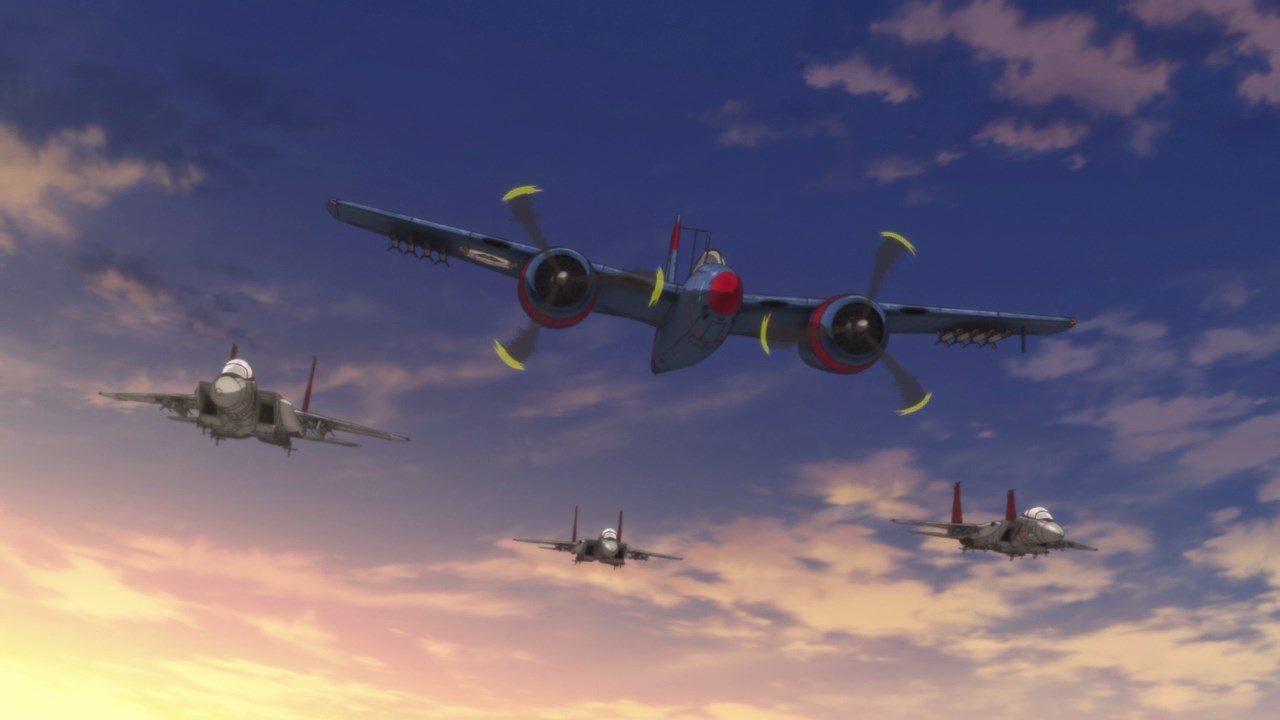 And so, they went back to Mt. Fuji in hopes of rescuing some Valkyries, although their chances of survival is pretty much slim as the Pillars might wreck them before reaching the survivors. 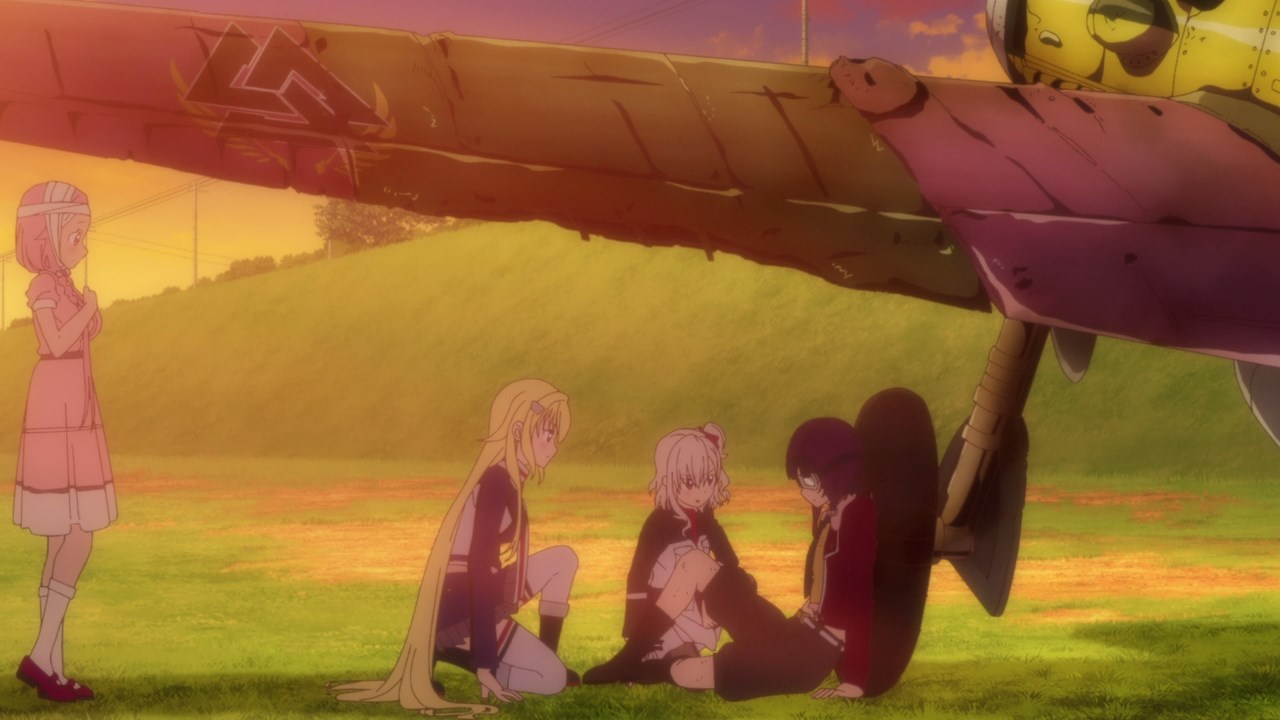 Fortunately, one of the Valkyries named Lizbet Crown survived but it appears that she has to deliver some bad news to Sonoka Watarai. 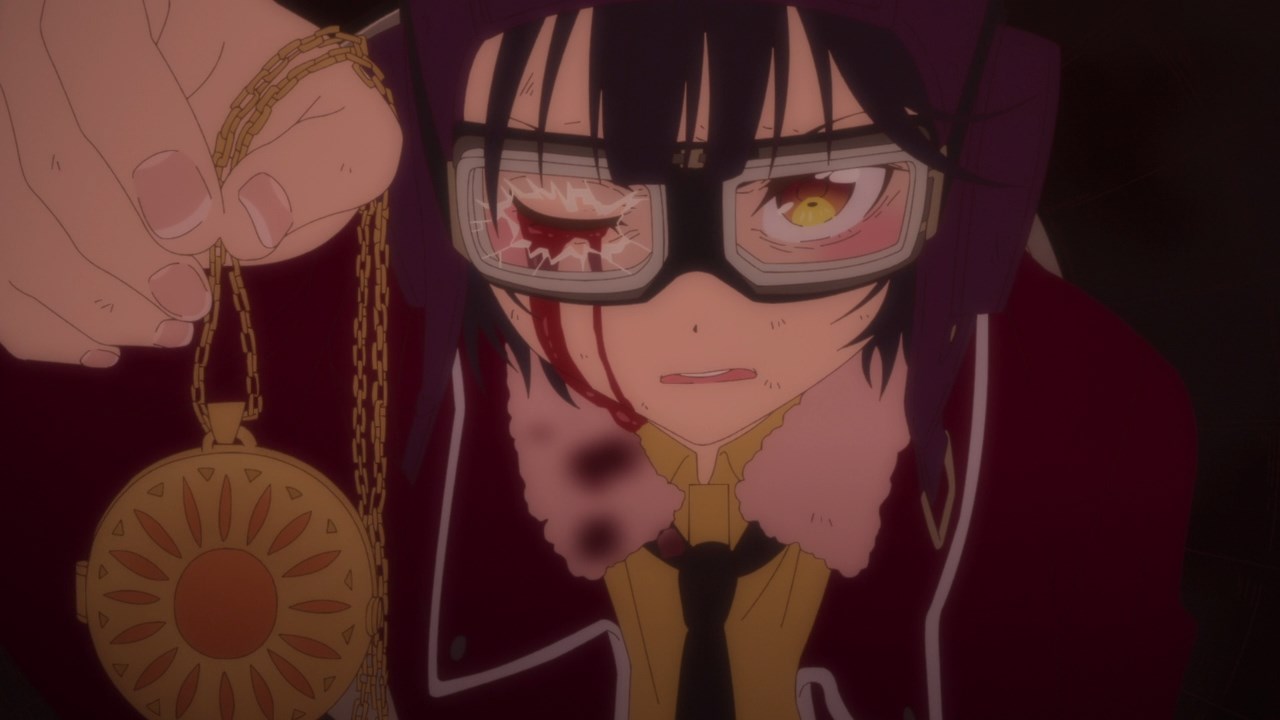 For you see, Lizbet told Sonoka that Yayoi Amatsuka and her Shield Squadron got wiped out. Oh and she’s here to return this pendant to Watarai. 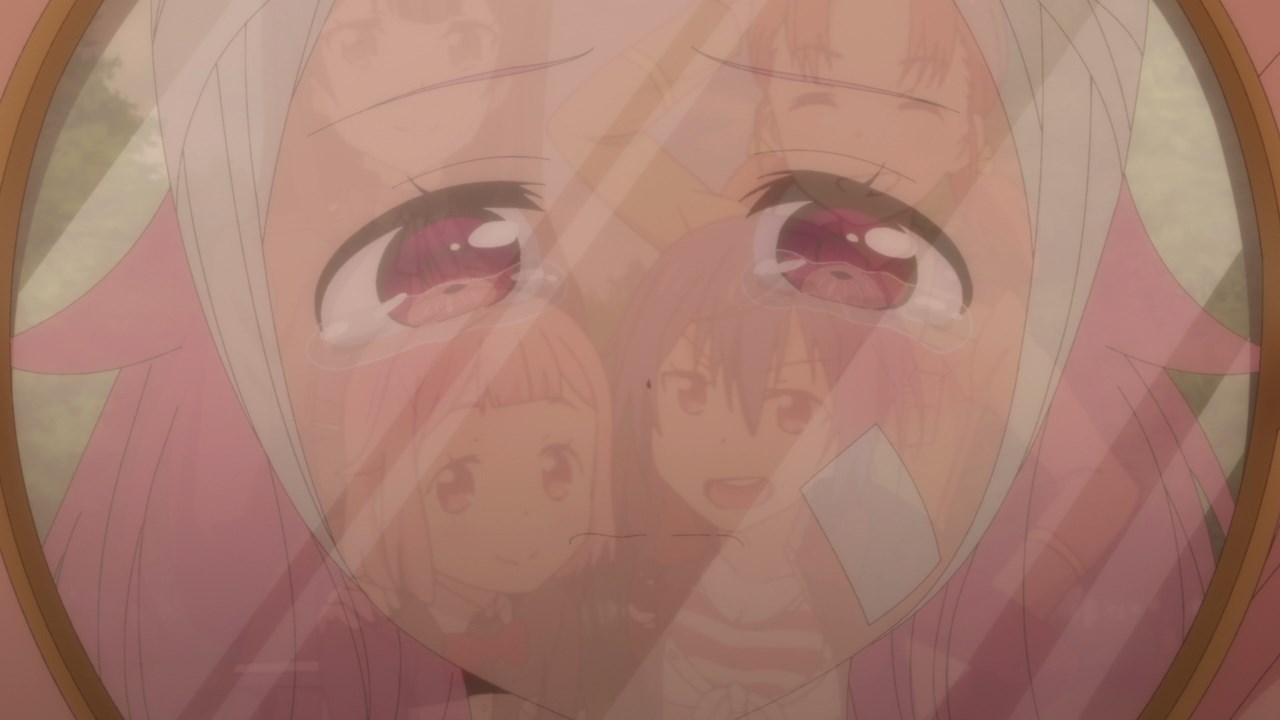 But really, it’s sad that a major character died while saving her fellow pilots. Of course, I’m worried about Sonoka Watarai as she might sign her own death wish due to losing so many people that are very dear to her. 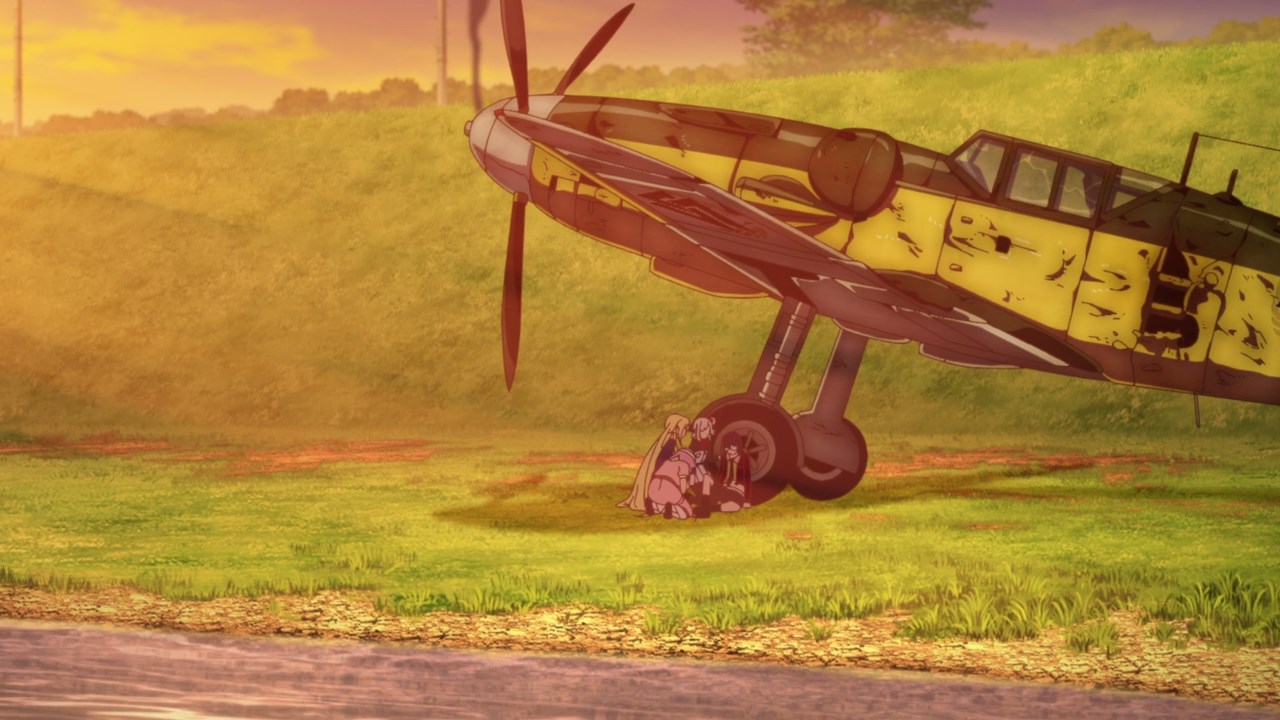 But that’s about it for this episode and man, what a depressing way to end it as they not only failed to take down the Primary Pillar, but they lost so many pilots.

You know something, I feel that Odin might show his true colors on the next episode or later ’cause he might plan to kill humanity off.