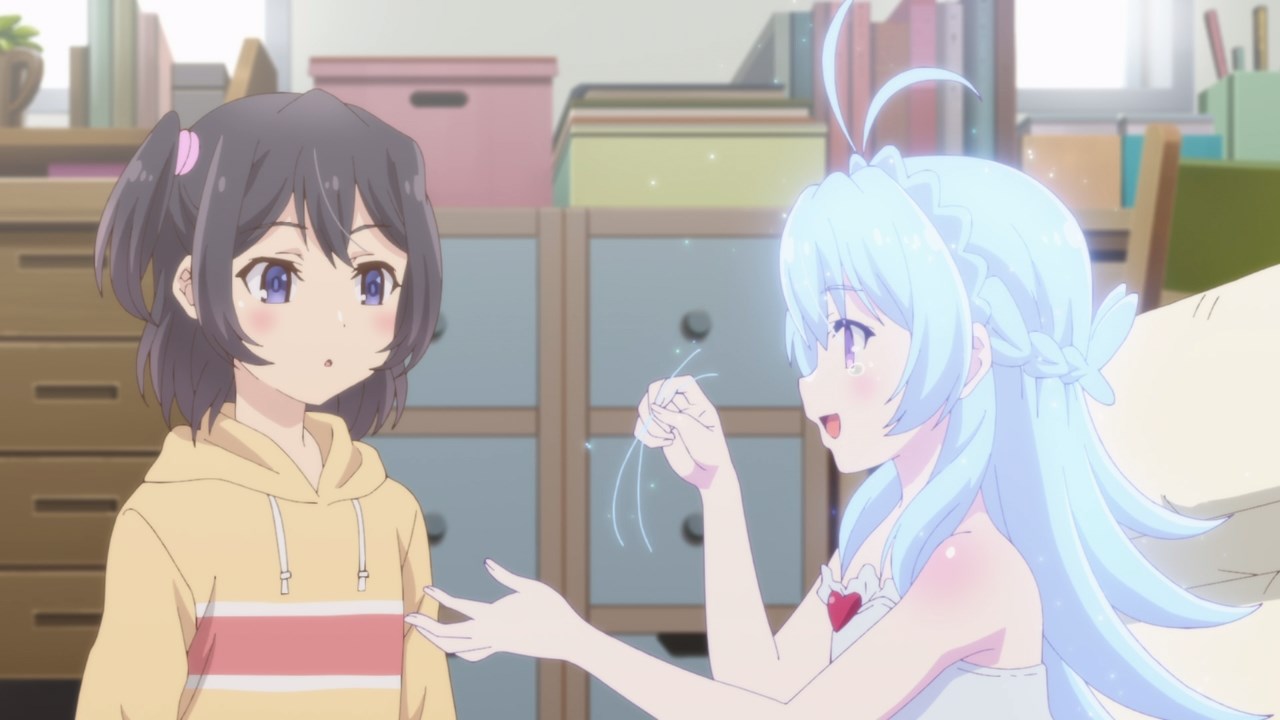 Here’s Yashiro Chikama once again where she took out a strand of her hair and give it to Hougetsu Shimamura’s little sister. 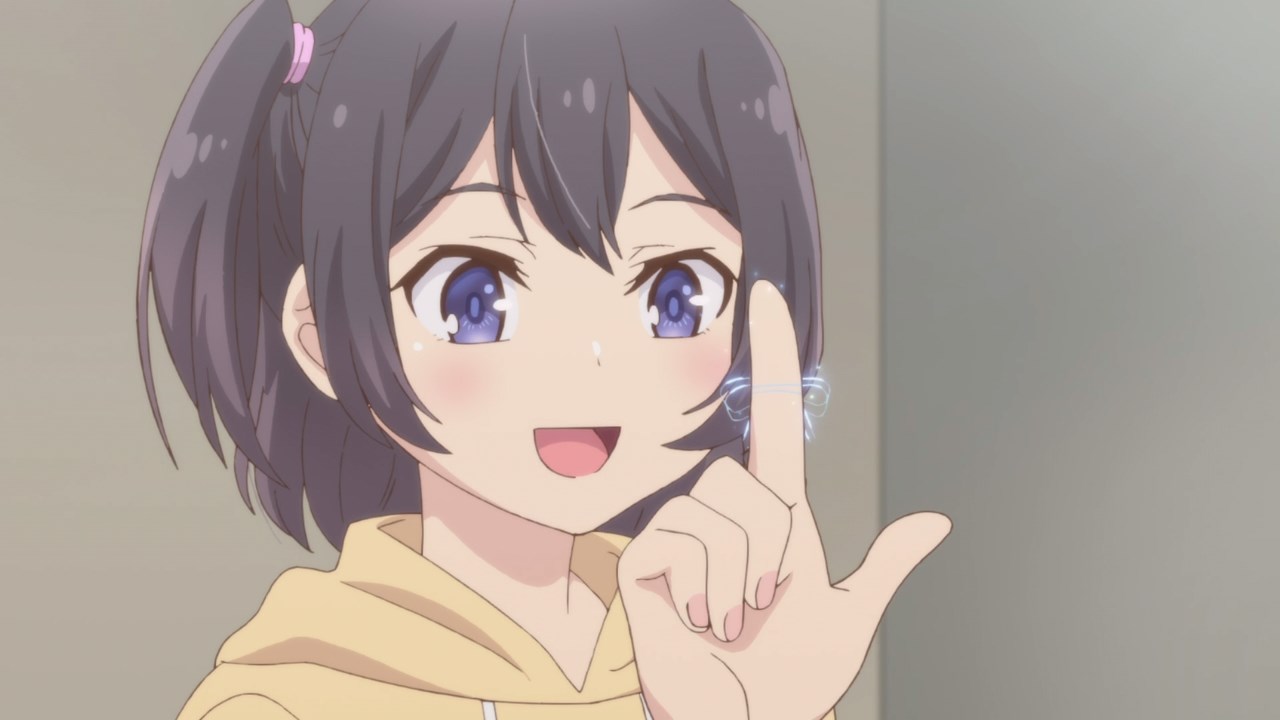 Of course, I’m dubious if Yashiro’s hair has some kind of psychic powers. Then again, Shimamura’s sister is mesmerized of her glittering hair. 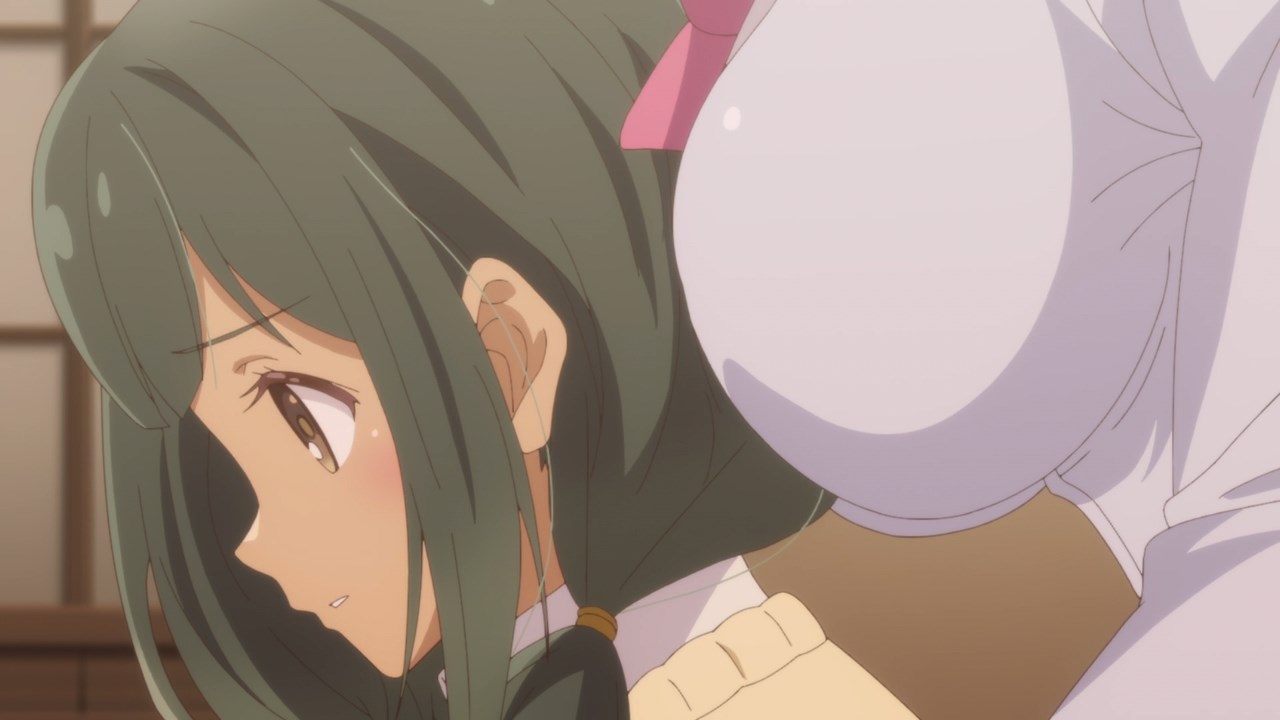 Moving onto Akira Hino and Taeko Nagafuji as they’ll another activity for this episode. No, Nagafuji is not pressing her breasts onto Hino’s head. 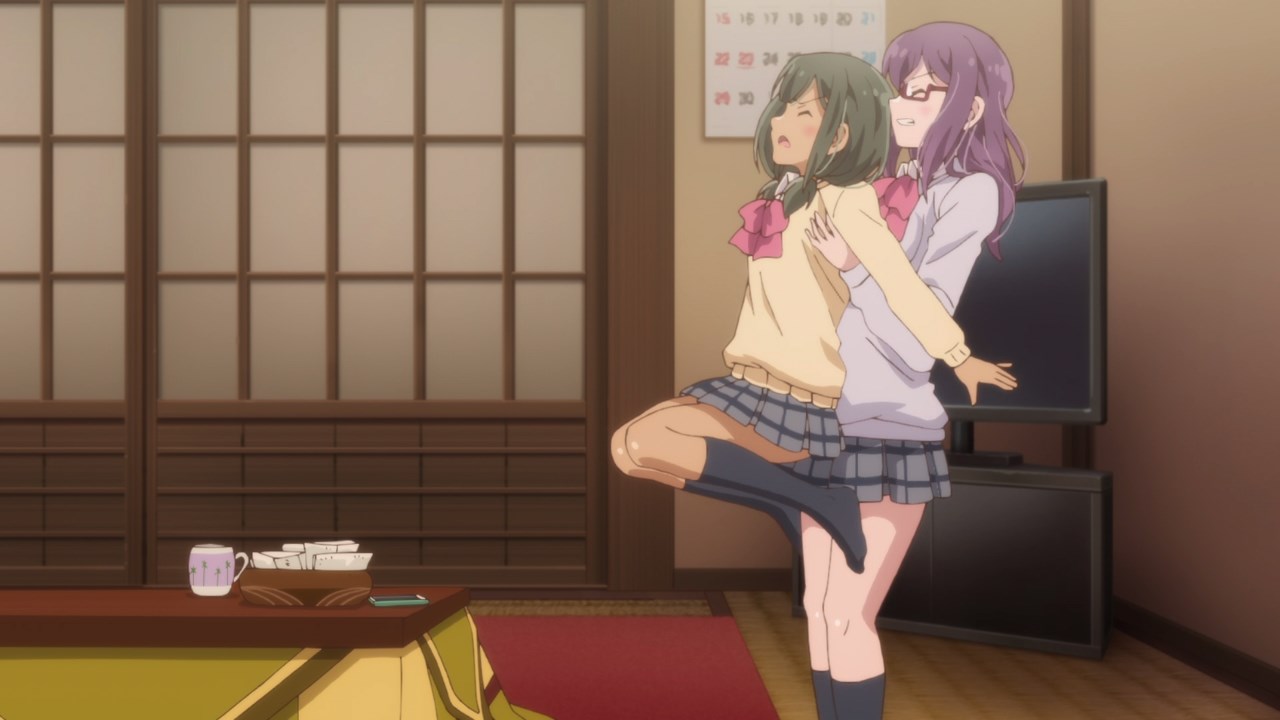 Instead, she’s trying to lift her friend. I’m impressed that Taeko is strong, although she needs to put Akira down because her armpits hurts when she’s being lifted by Nagafuji. 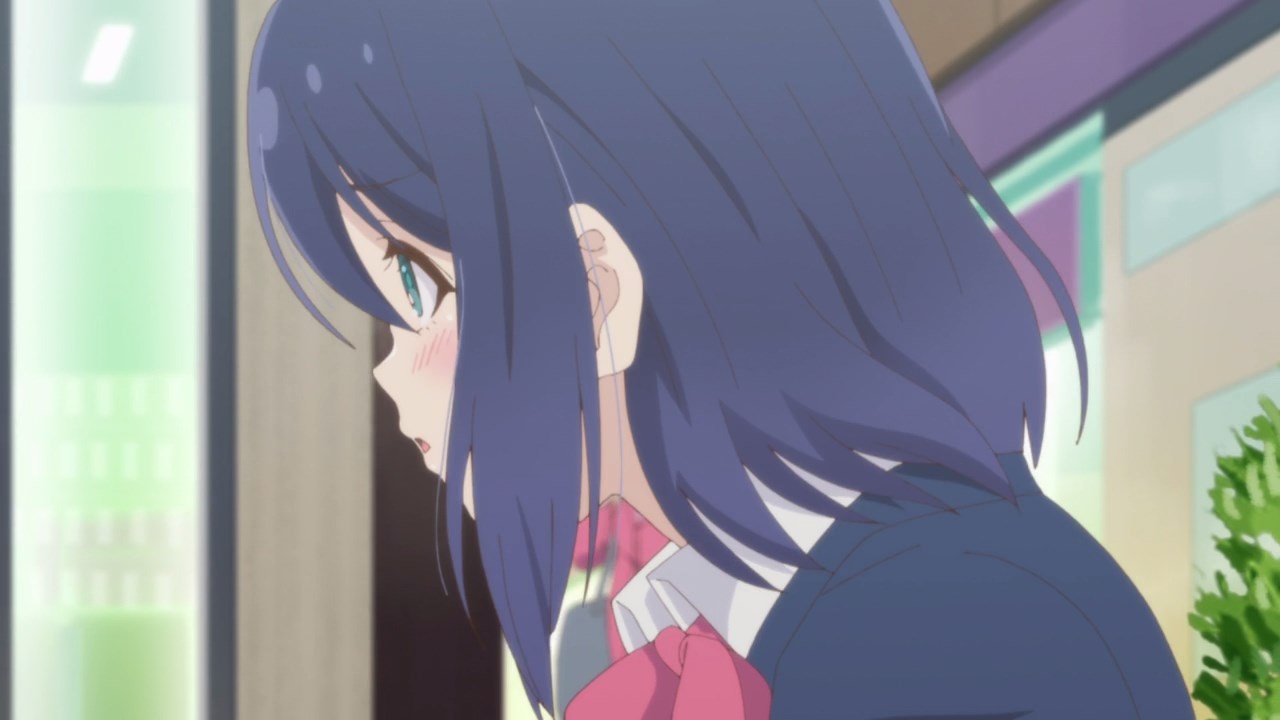 Meanwhile, here’s Sakura Adachi where she asked Hougetsu Shimamura if she’s free on February 14. C’mon, she really wants to spend her time with Shimamura. 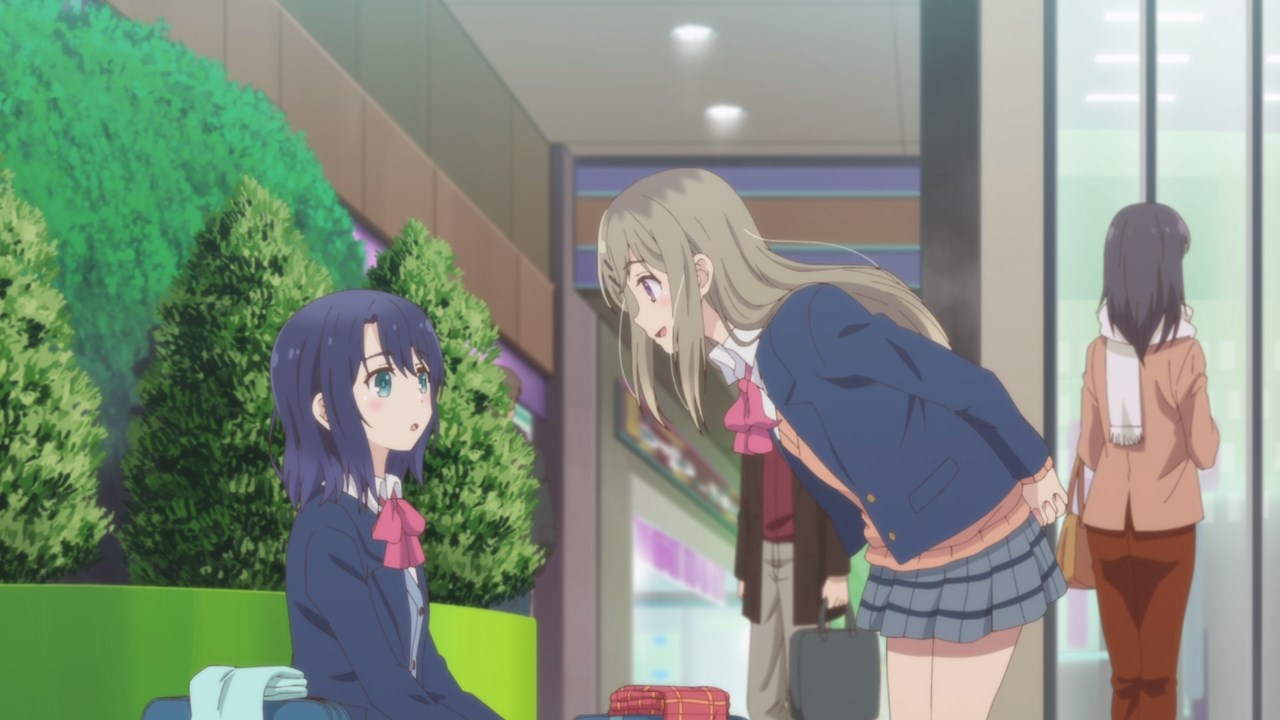 Of course, she agreed to join Adachi on Valentine’s Day, but I’m hope that Adachi would finally confess her feelings to Shimamura.

Well then, I’m looking forward for them to do intimate things on February 14, although I have a feeling that there will be some roadblocks along the way. 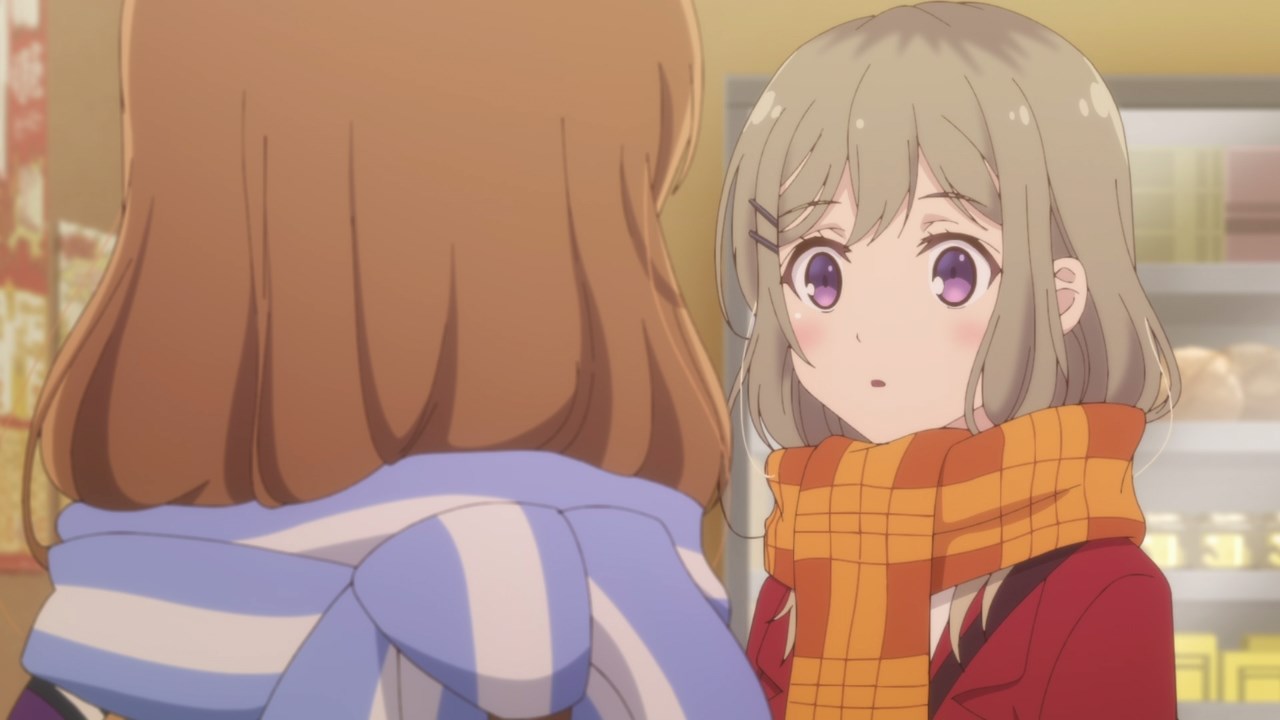 In fact, there’s one person who happened to be Hougetsu Shimamura’s long-lost friend from kindergarten. 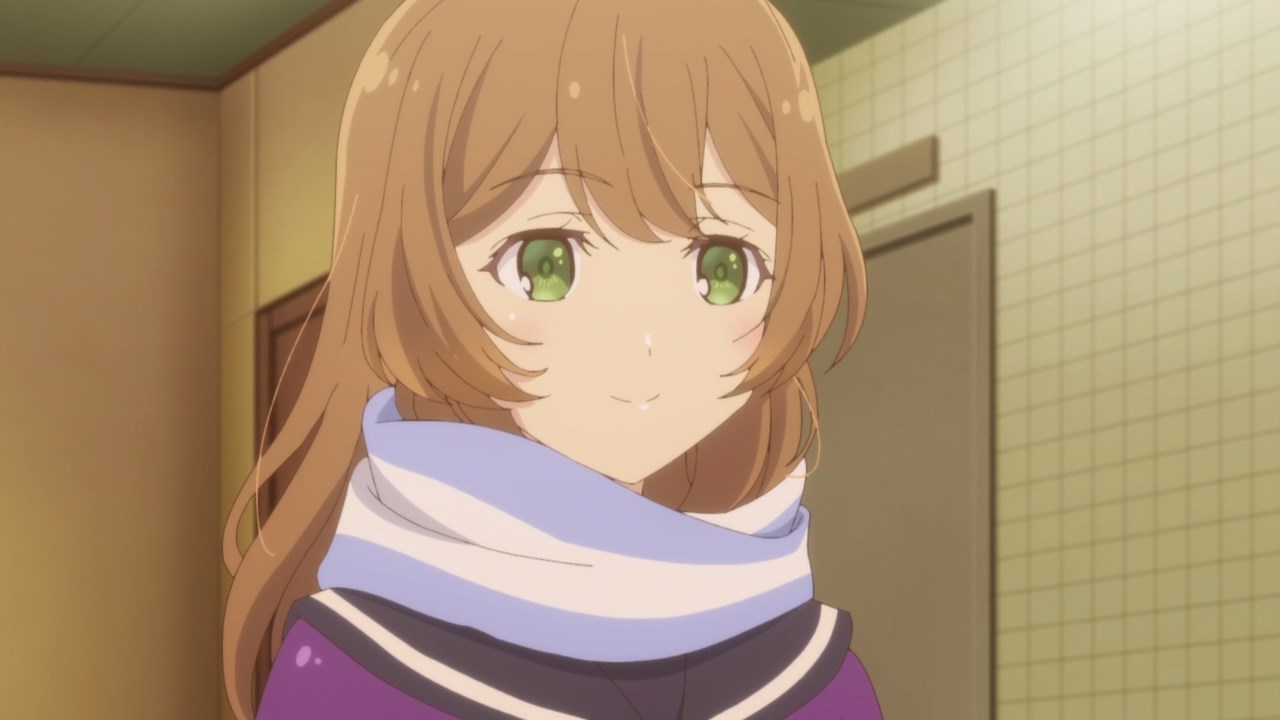 This is Tarumi where she might become Sakura Adachi’s rival when it comes to Hougetsu Shimamura’s affections.

Man, let’s hope that Adachi won’t lose to Tarumi in future episodes but for the time being, I’ll see you next time!