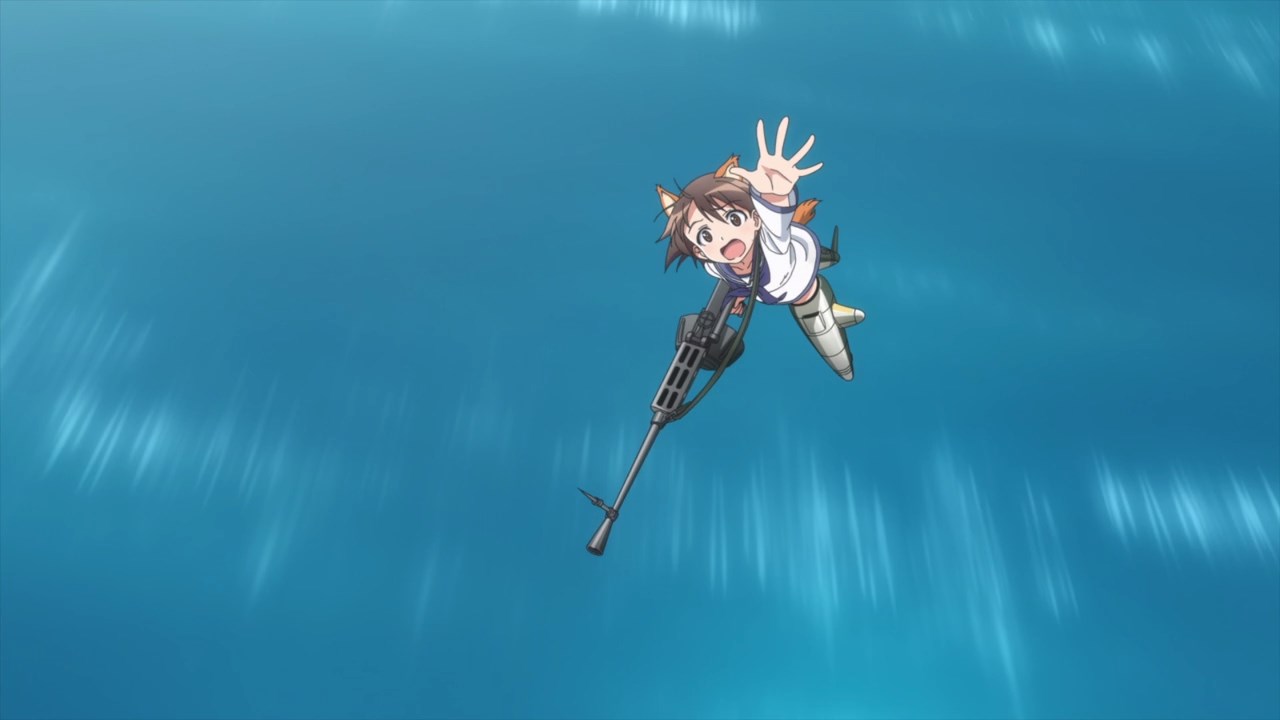 Oh no, Yoshika Miyafuji falls down as she having trouble with her magic.

Sure that the magic pressure is resolved, but Miyafuji is losing some power whenever she needed the most like flying for example. 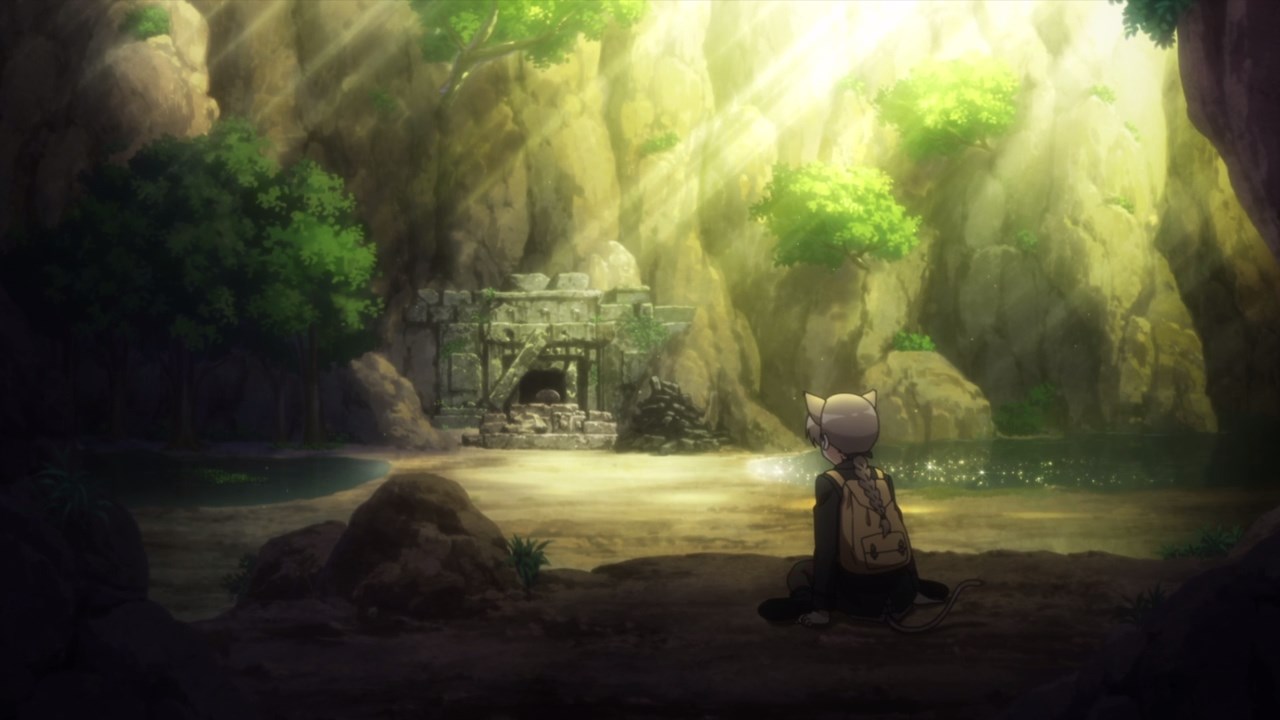 So, Lynette Bishop will have to find a way to bring Yoshika’s magic power back as she went deeper into some ruins.

Okay, seems that someone took an artifact from South American and made a shrine in Europe. 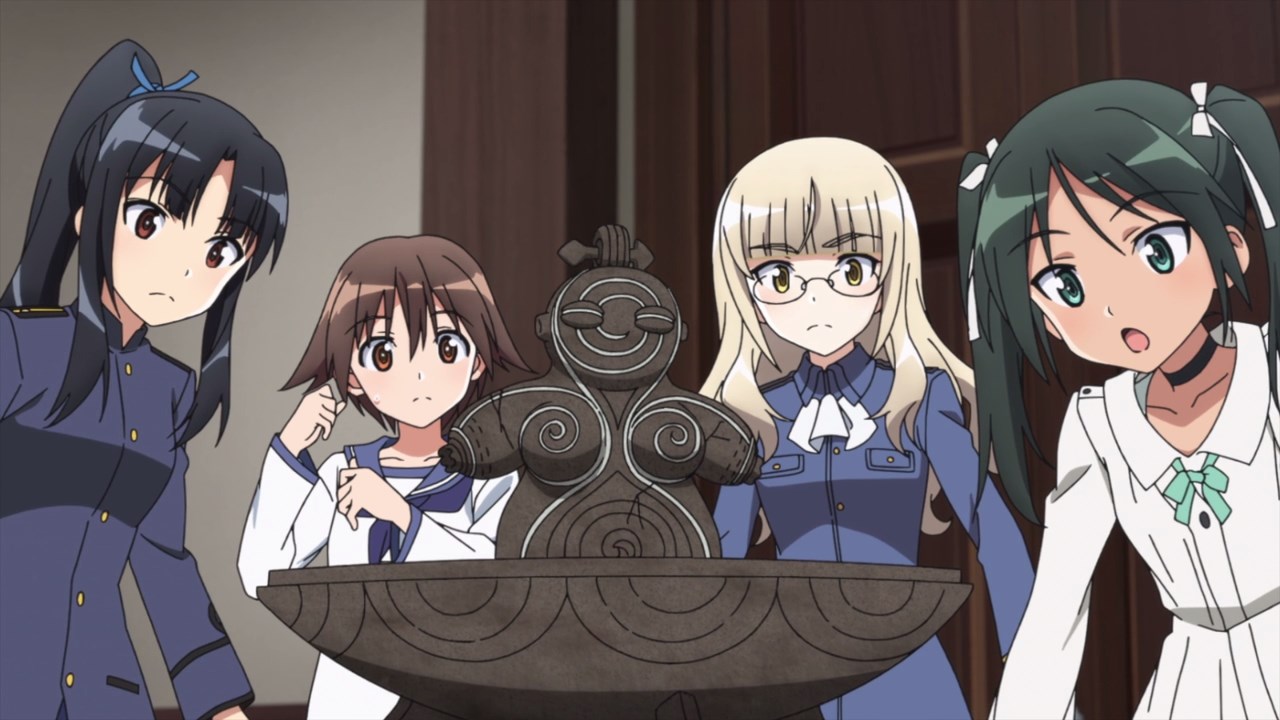 Anyways, Lynette brought back this clay doll where it resemble some goddess of fertility. Actually, it’s a fertility doll and I have a bad feeling about this! 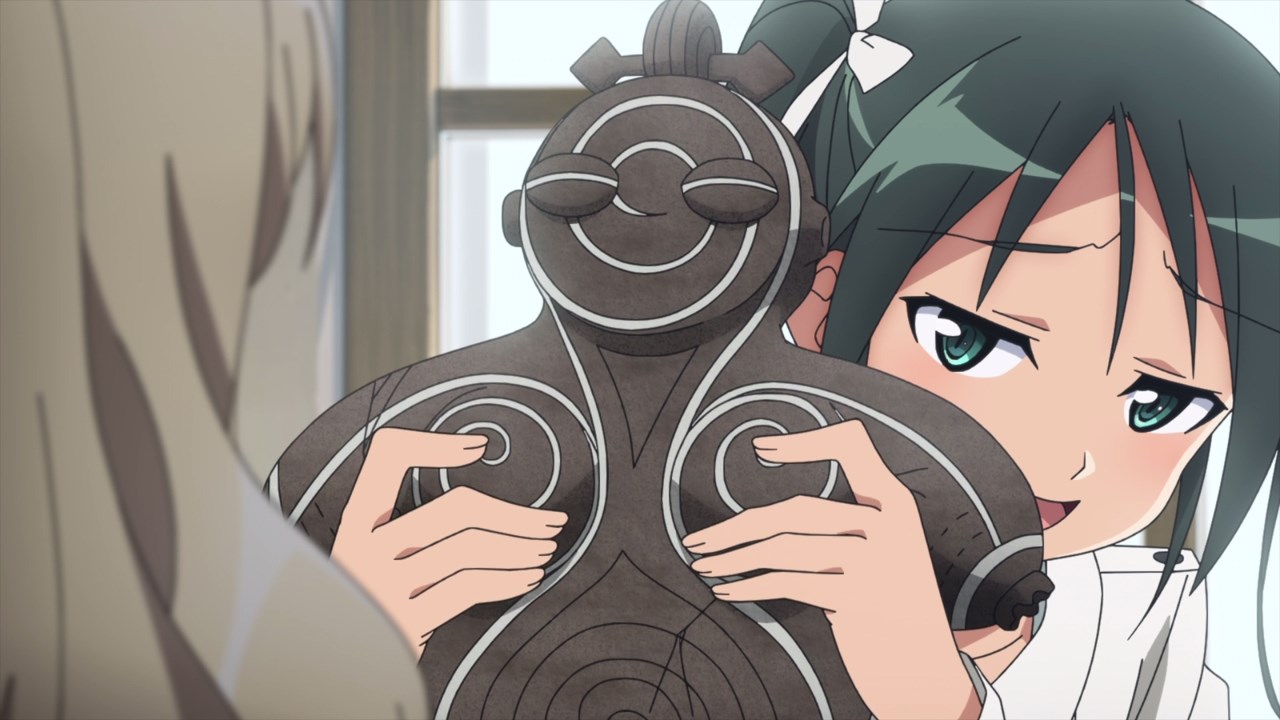 With that said, Francesca Lucchini fondled the fertility doll because she thinks that it has big boobies.

Of course, that’s a bad idea because Francesca might activate the doll’s latent spirit. 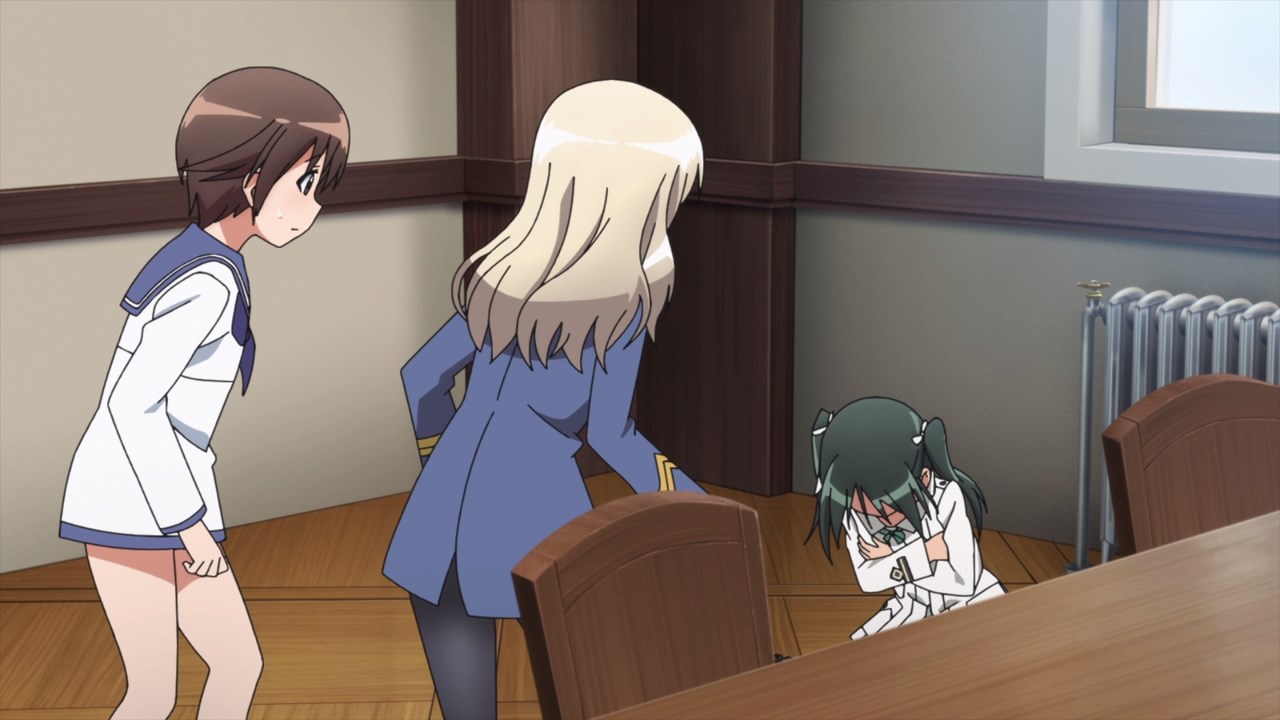 Suddenly, Lucchini felt a sharp pain in her chest. And really, it’s a bad idea to bring that doll into the base. 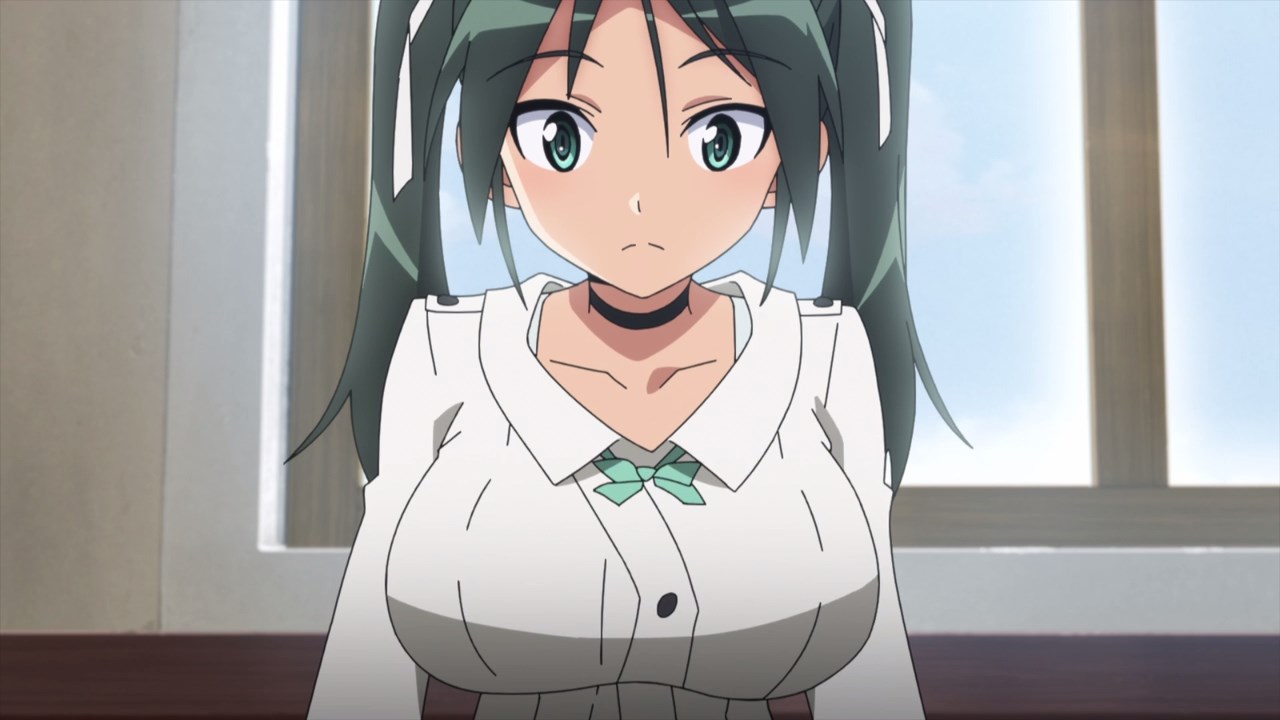 But here’s Francesca Lucchini where she got a dramatic increase in her bust size after fondling the fertility doll. 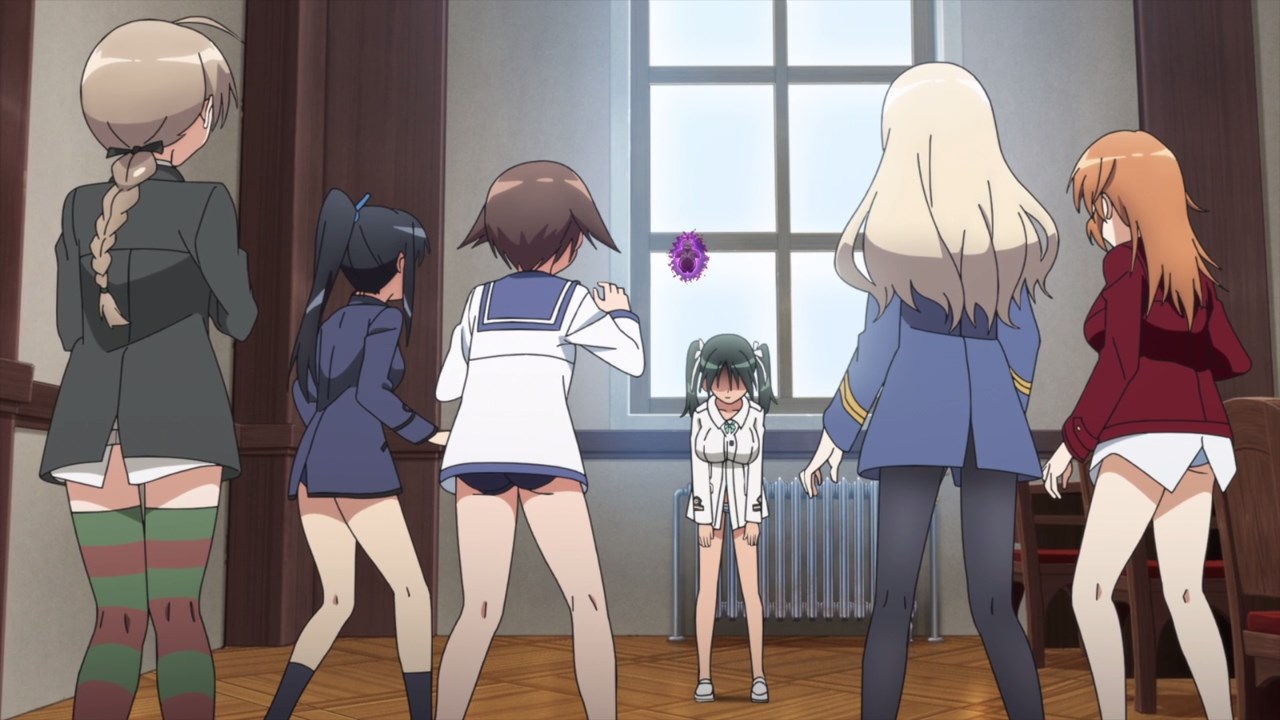 Although Miyafuji managed to recover a tiny bit of magic, Lucchini is acting very strange thanks to the doll’s influence.

In fact, seems that Yoshika’s fondling has urged the fertility doll’s spirit to gather witches for a ritual. 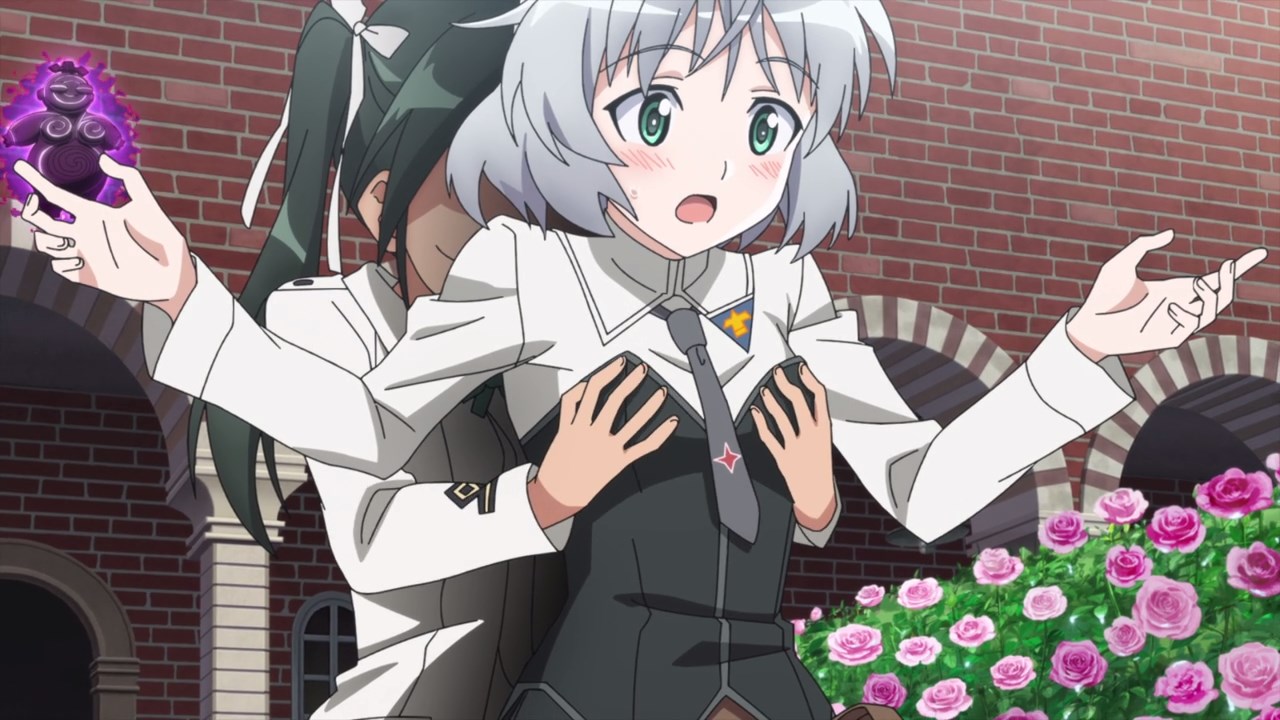 And that’s by grabbing everyone’s tits in order to make it bigger and control them, as seen here where Francesca Lucchini groped Sanya V. Litvyak’s tits. 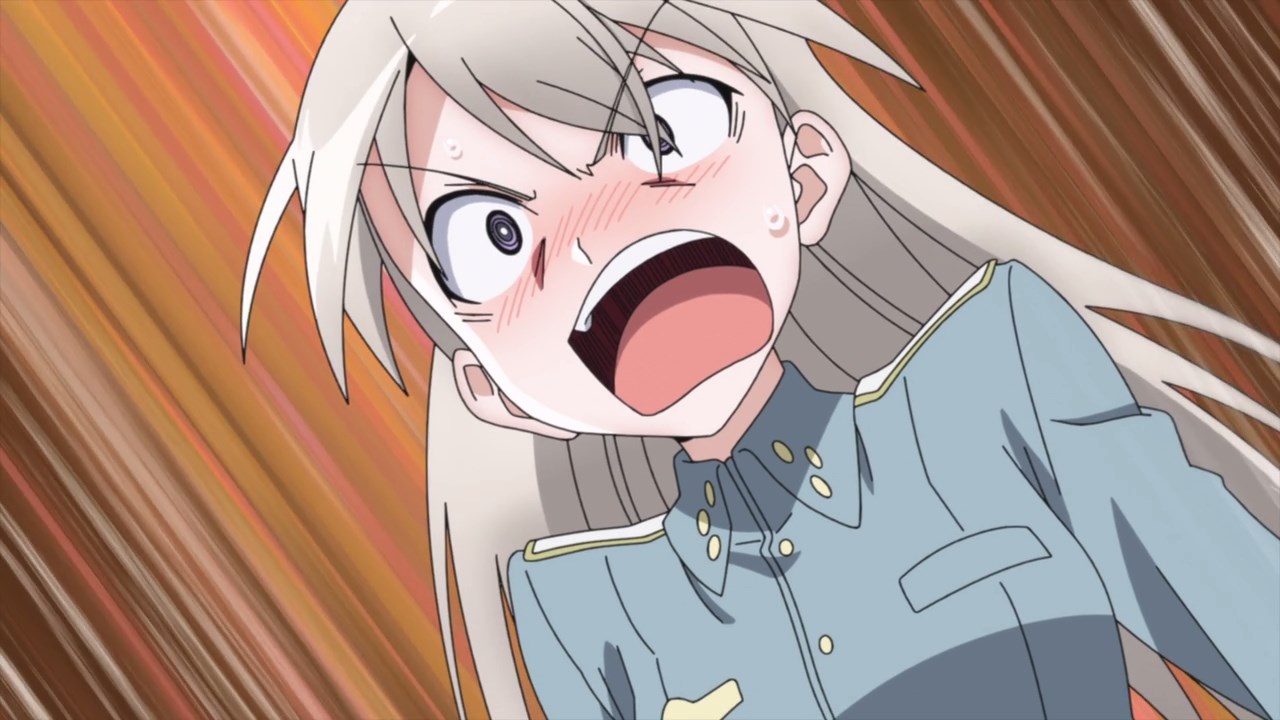 For Eila Ilmatar Juutilainen, that’s unacceptable but you know what, she’s gonna get possessed by the doll’s spirit anyway.

One by one, the fertility doll managed to capture 9 witches. Poor Minna-Dietlinde Wilcke, she’s being groped by her fellow witches. 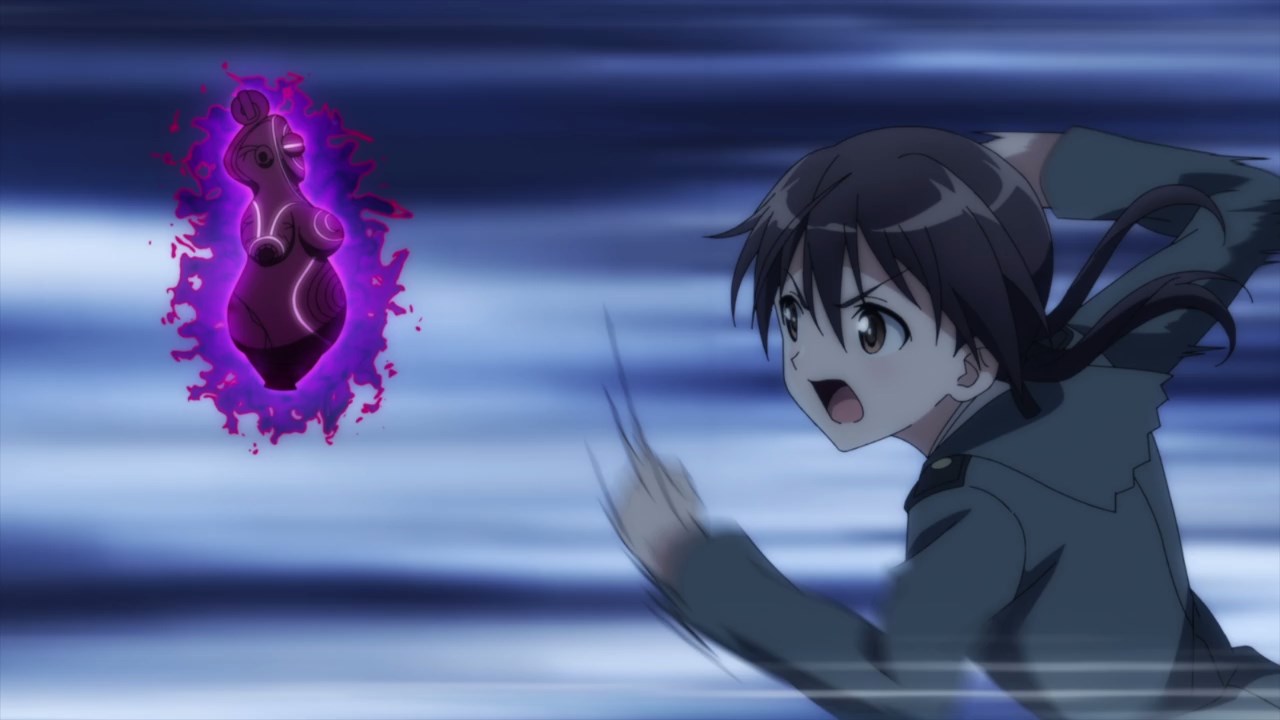 But you know what, the only thing that they need to do is to destroy the fertility doll, as Gertrud Barkhorn is about to punch it since she’s stronger than anyone else. 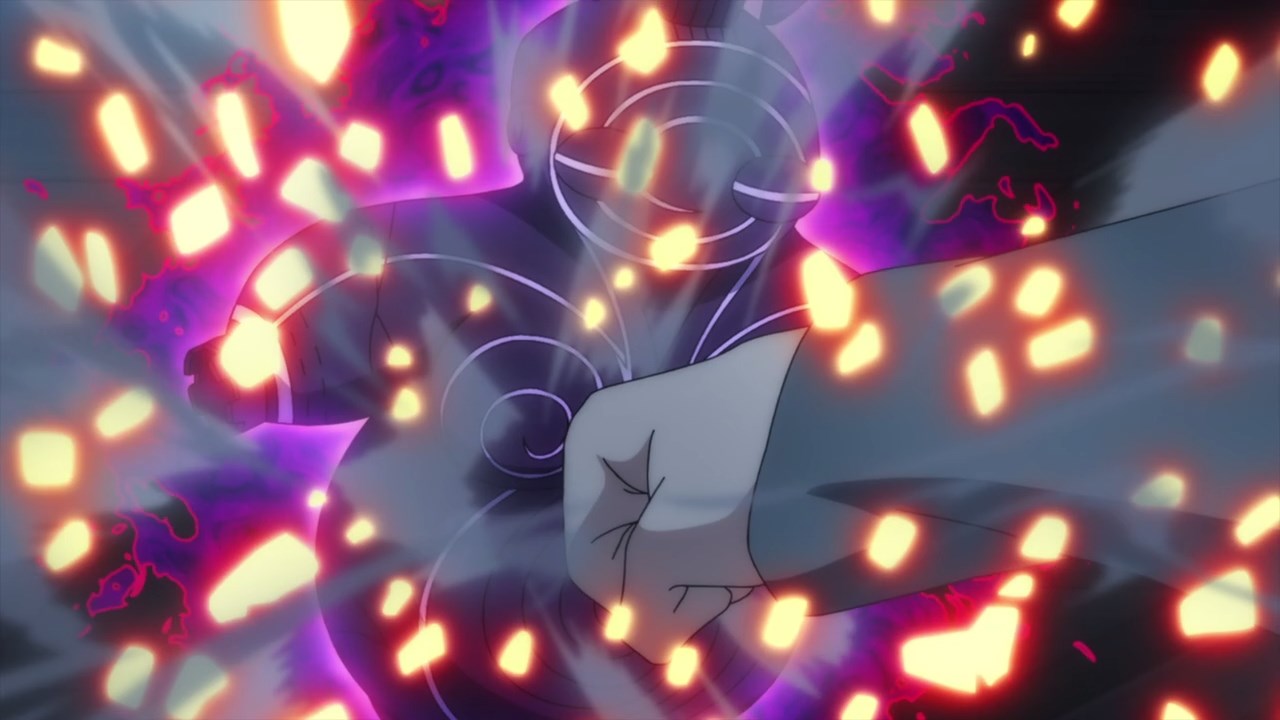 Then again, this clay doll is tough that it takes one explosive round to destroy it. Oh, and Gertrud Barkhorn got captured by the fertility doll. 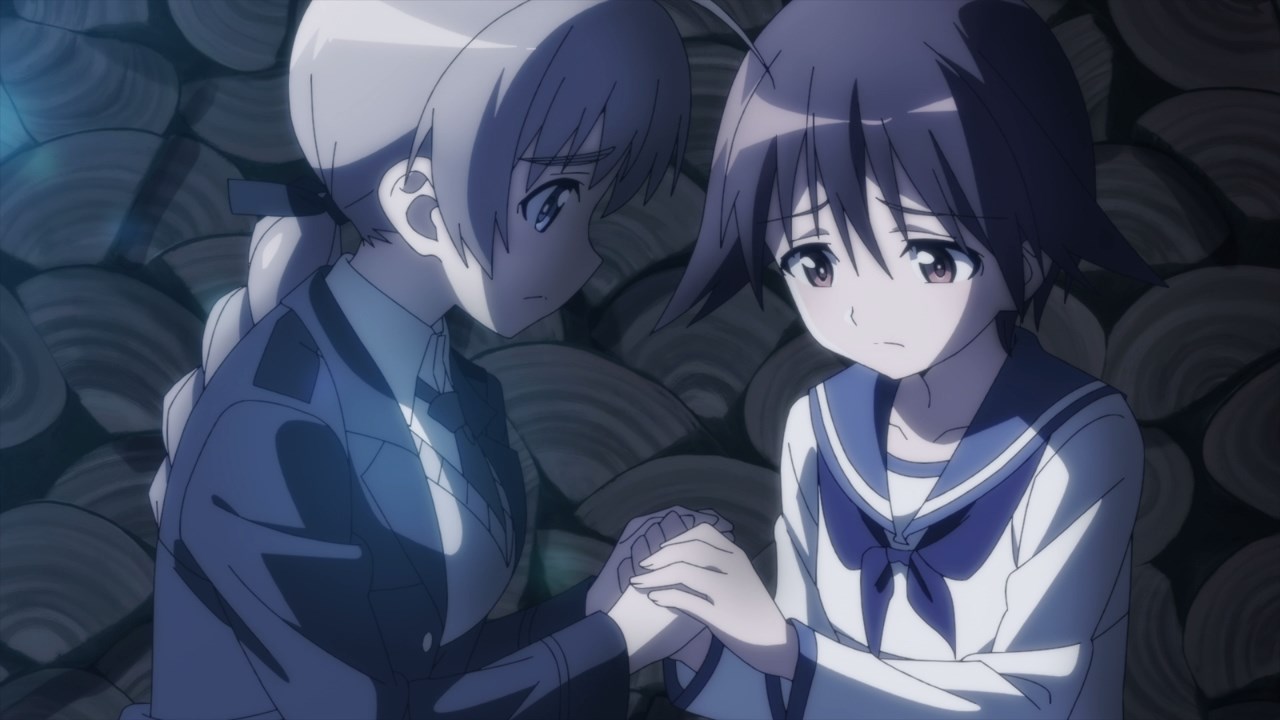 So, the only survivors left are Lynette Bishop and Yoshika Miyafuji. Sure that Lynette blamed herself for bringing that fertility doll inside the base, but she’s doing her best to recover Yoshika’s magic.

Of course, the only thing that concerns me is the doll’s next move now that it captured 9 witches. 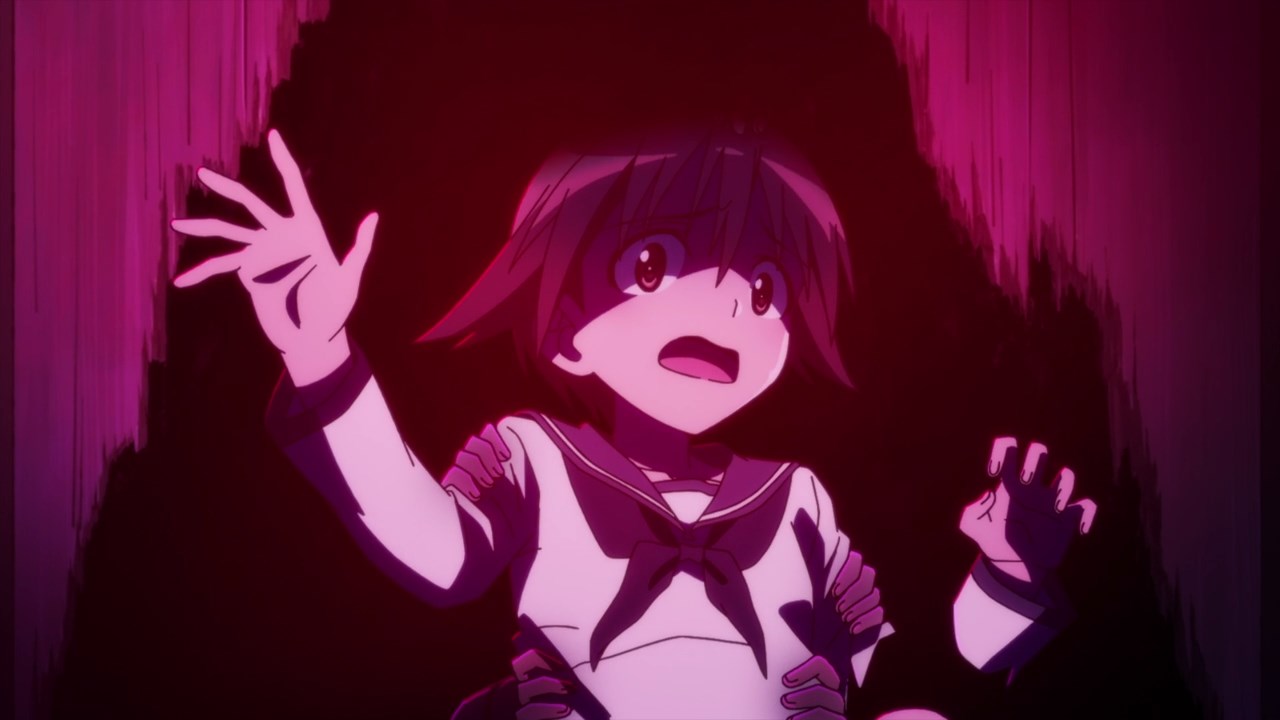 Oh, they needed a priestess as the fertility doll and its witches selected Yoshika Miyafuji as their sacrifice. Man, it’s getting worse for Miyafuji. 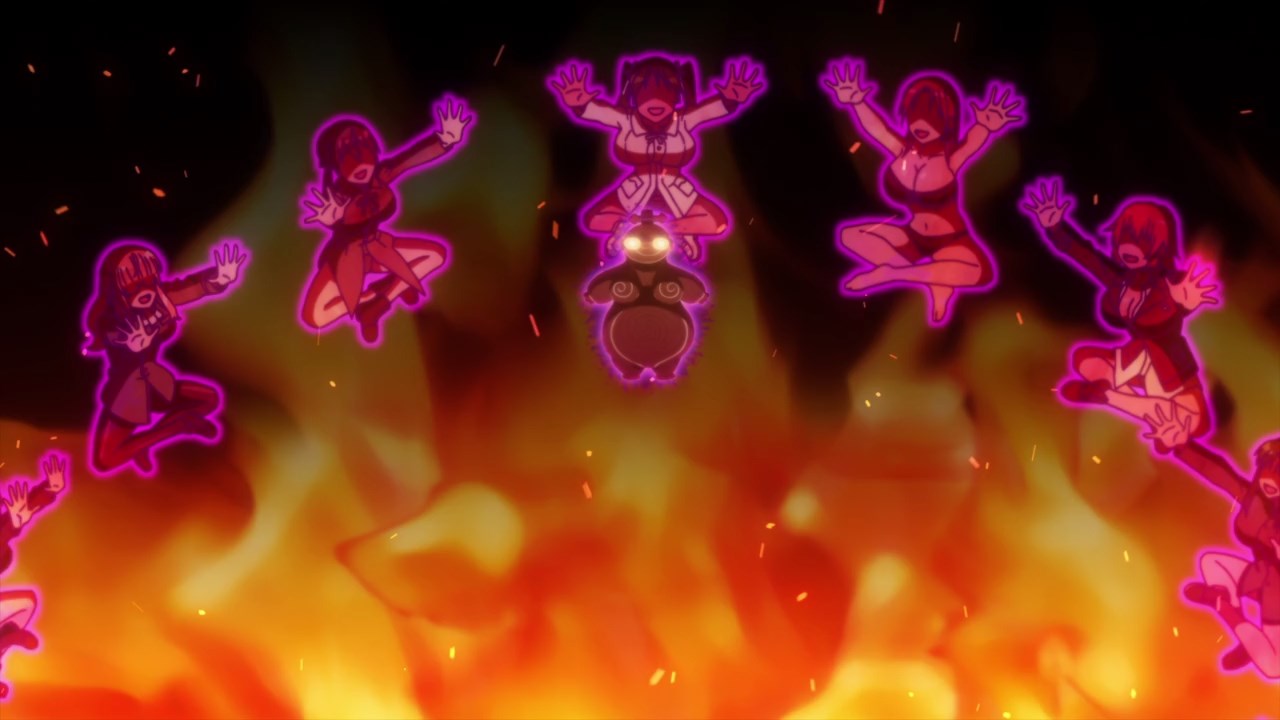 But anyways, the ritual has begun and this is where things got a bit trippy where everyone wants to summon the goddess of fertility. 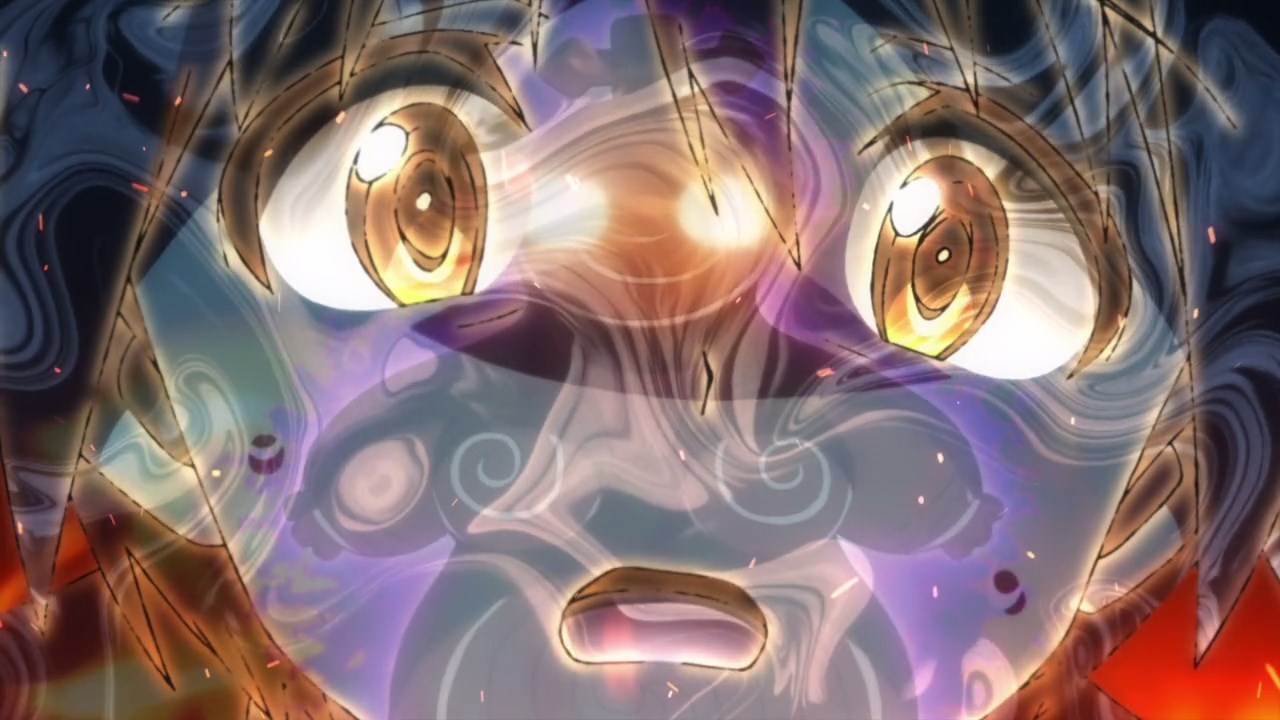 For Yoshika, she’s very scared that it might spell doom to her. If only someone would save her from being a sacrifice. 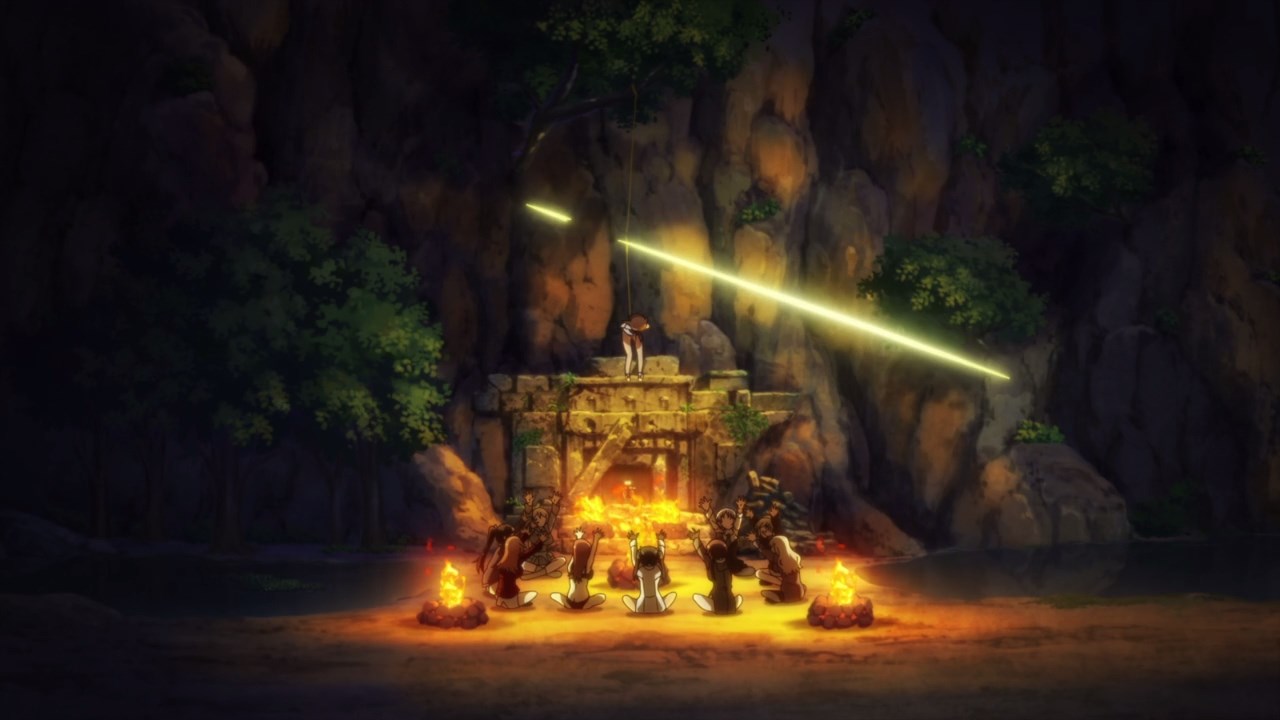 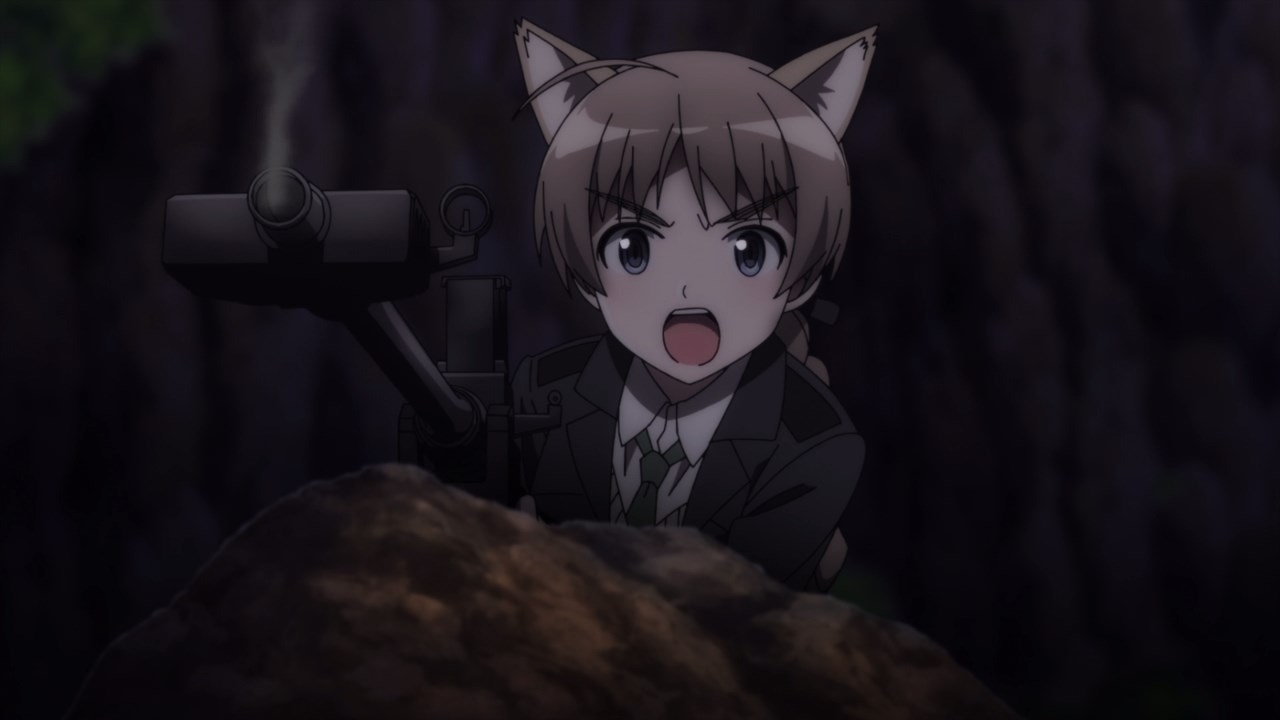 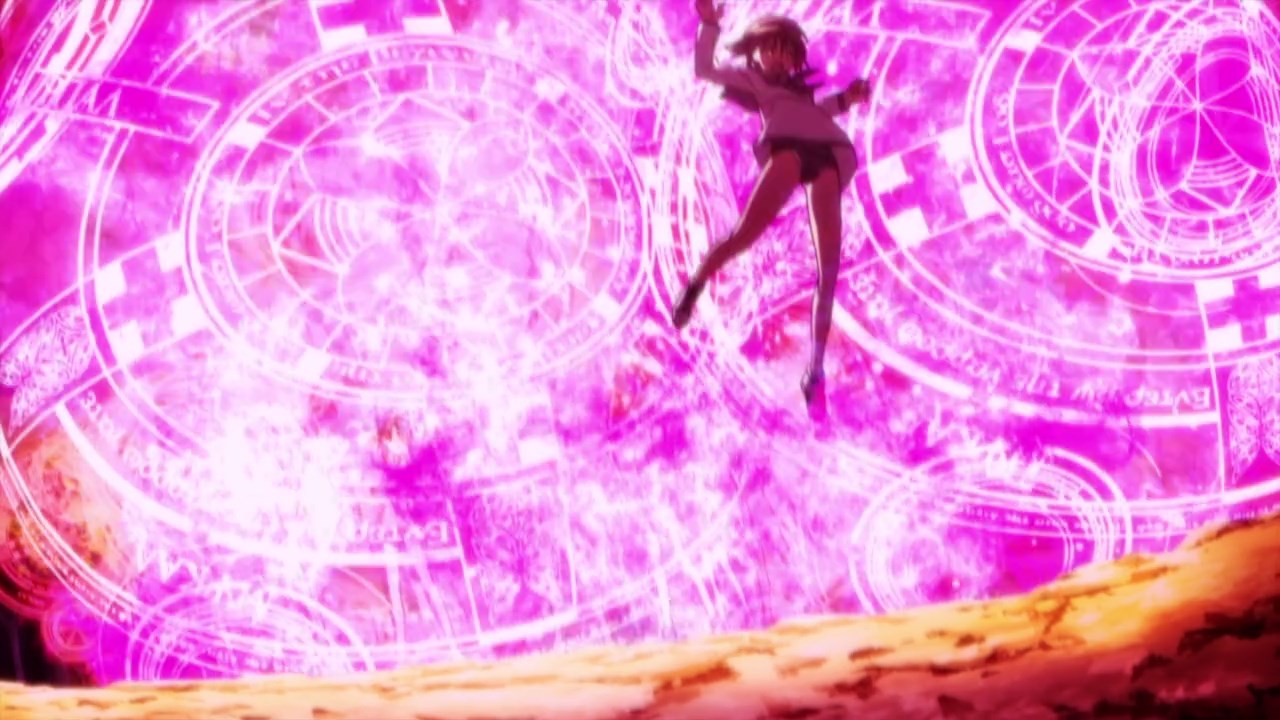 Now on their watch however as the fertility doll and its witches created a powerful barrier that pushes Miyafuji away.

Um, it would be better if they summon a hand that would grab Yoshika back to them? 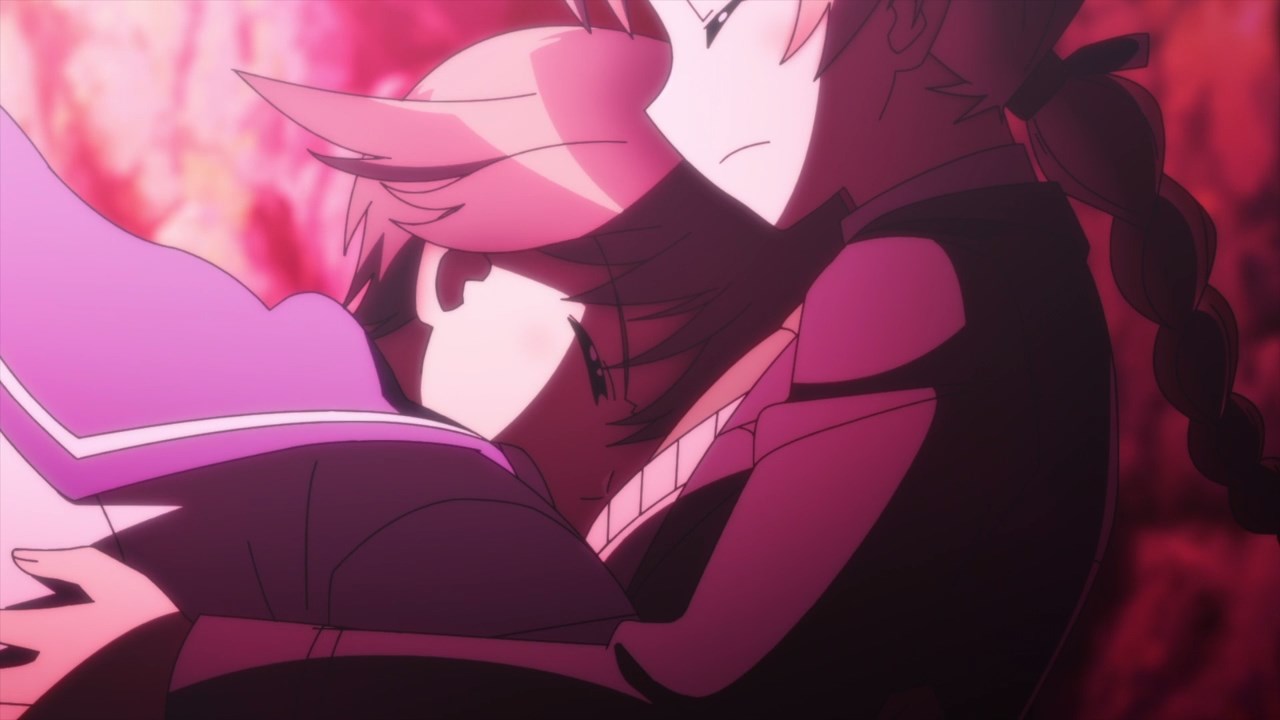 But thanks to the fertility doll pushing Miyafuji away, Yoshika landed her head onto Lynette Bishop’s soft tits. 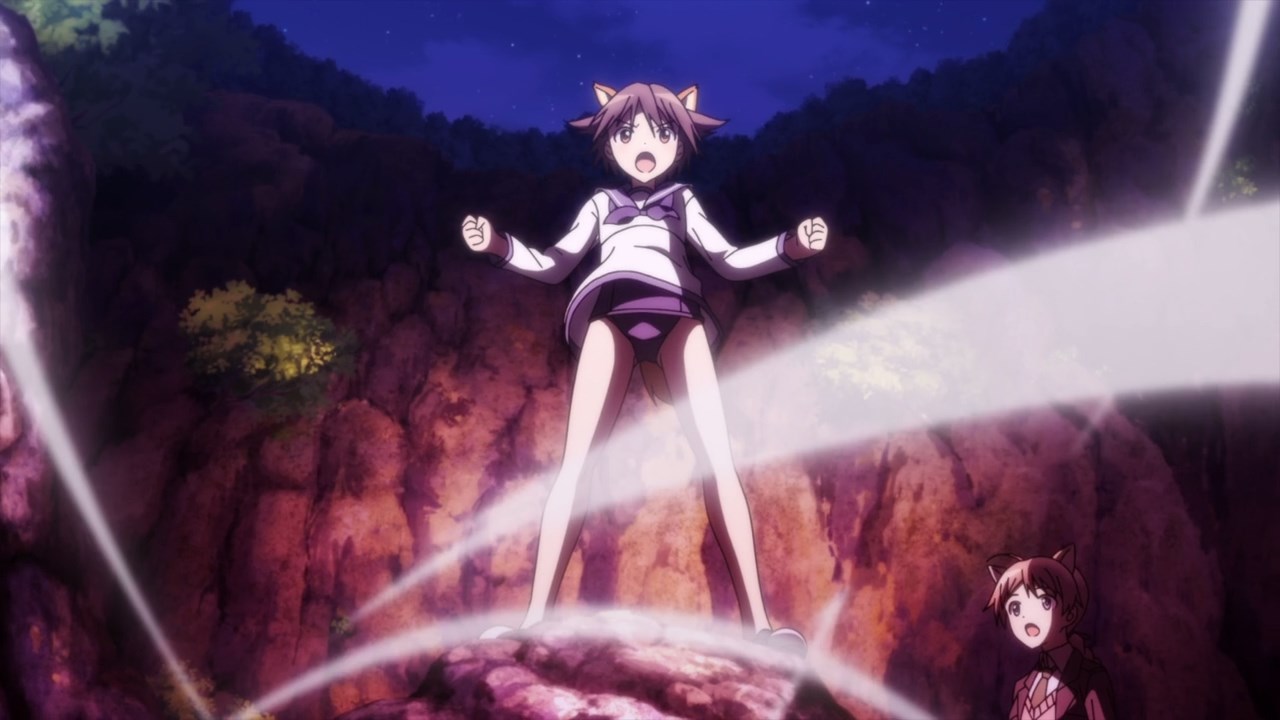 Oh, and her magic power has returned. Man, if only Miyafuji goes even further beyond Super- Wait, this ain’t Dragon Ball! 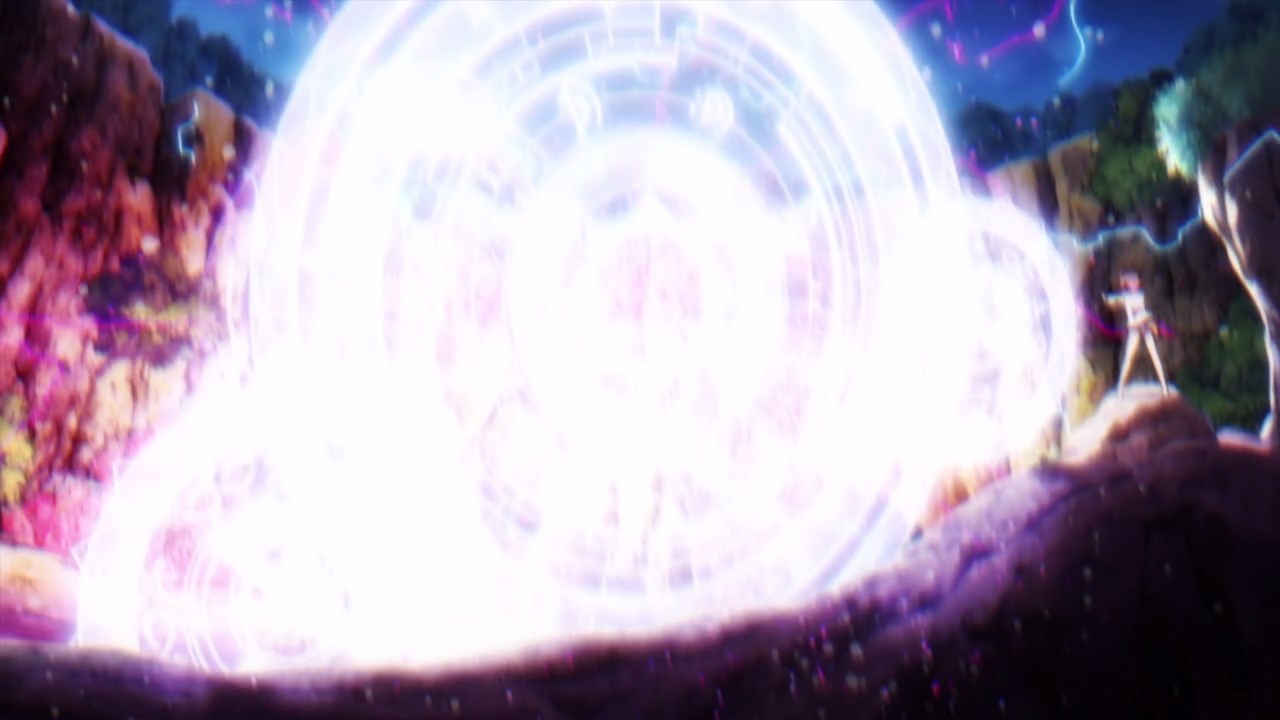 With that said, Yoshika created a barrier that would push the doll and its witches away. Glad that she managed to put her face onto Lynette’s boobs. 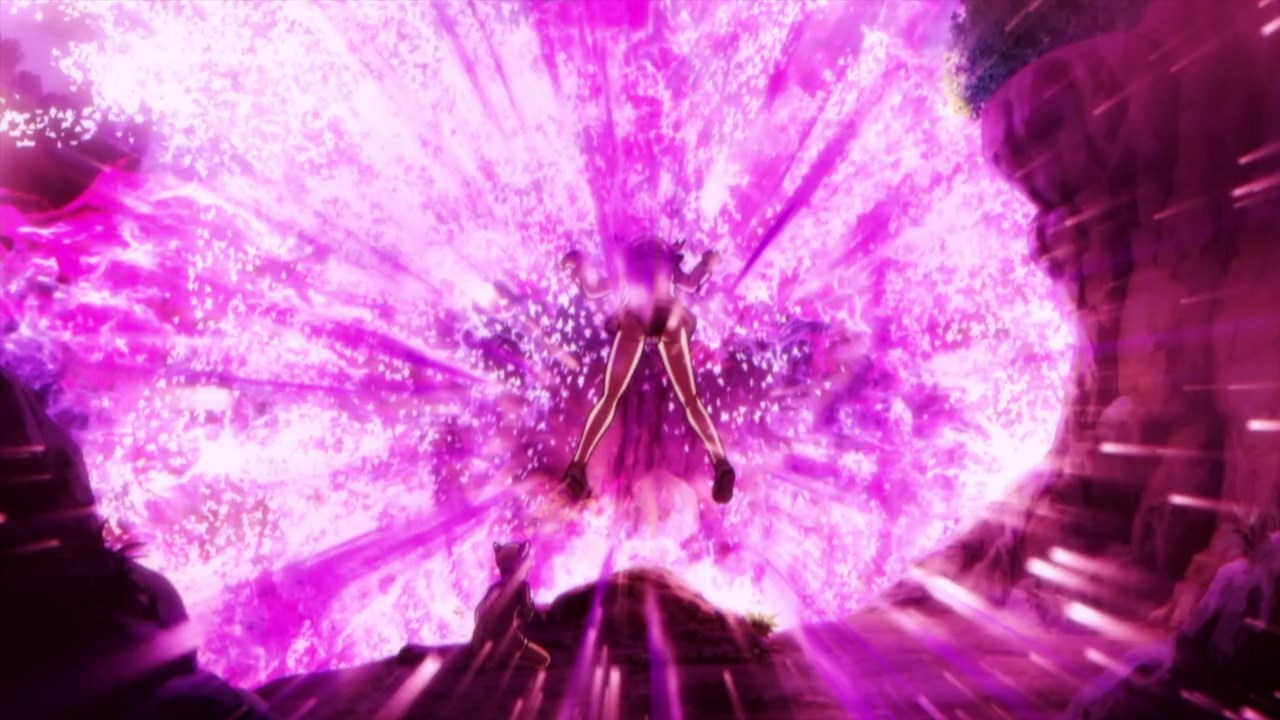 Unfortunately, it’s not enough as Miyafuji ran out of magic power. Looks like she needs to recharge her magic by groping tits. 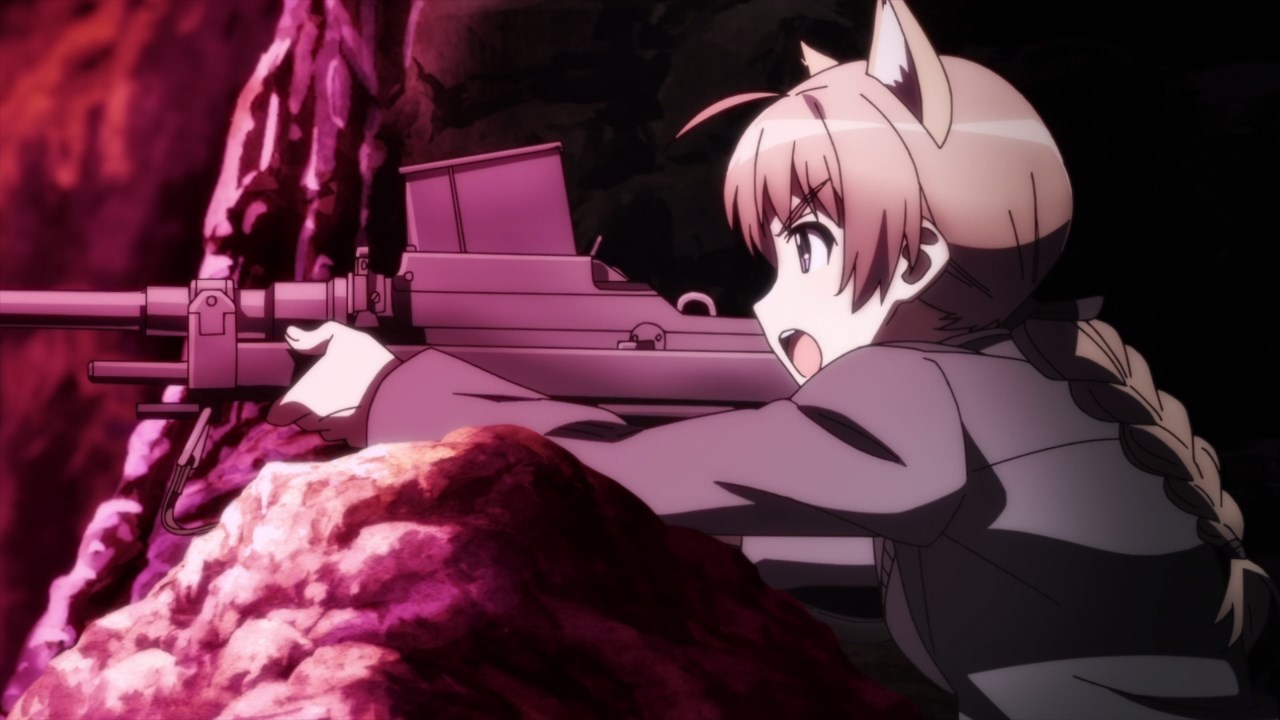 Then again, the doll is tough to crack as it survived Gertrud Barkhorn’s fists, but will Lynette’s rifle do the trick? 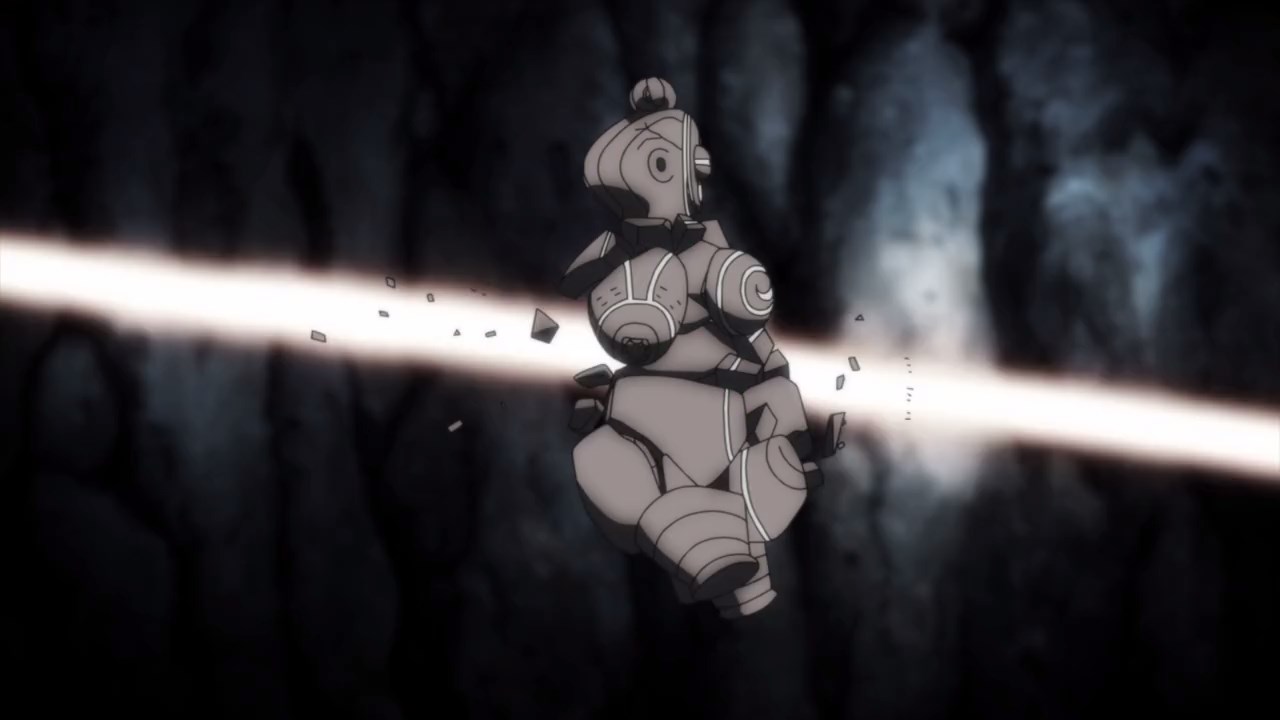 Well, Lynette managed to destroy the doll by putting an armor-piercing round onto it. Thus, the terror of groping tits and making it bigger has finally ended. 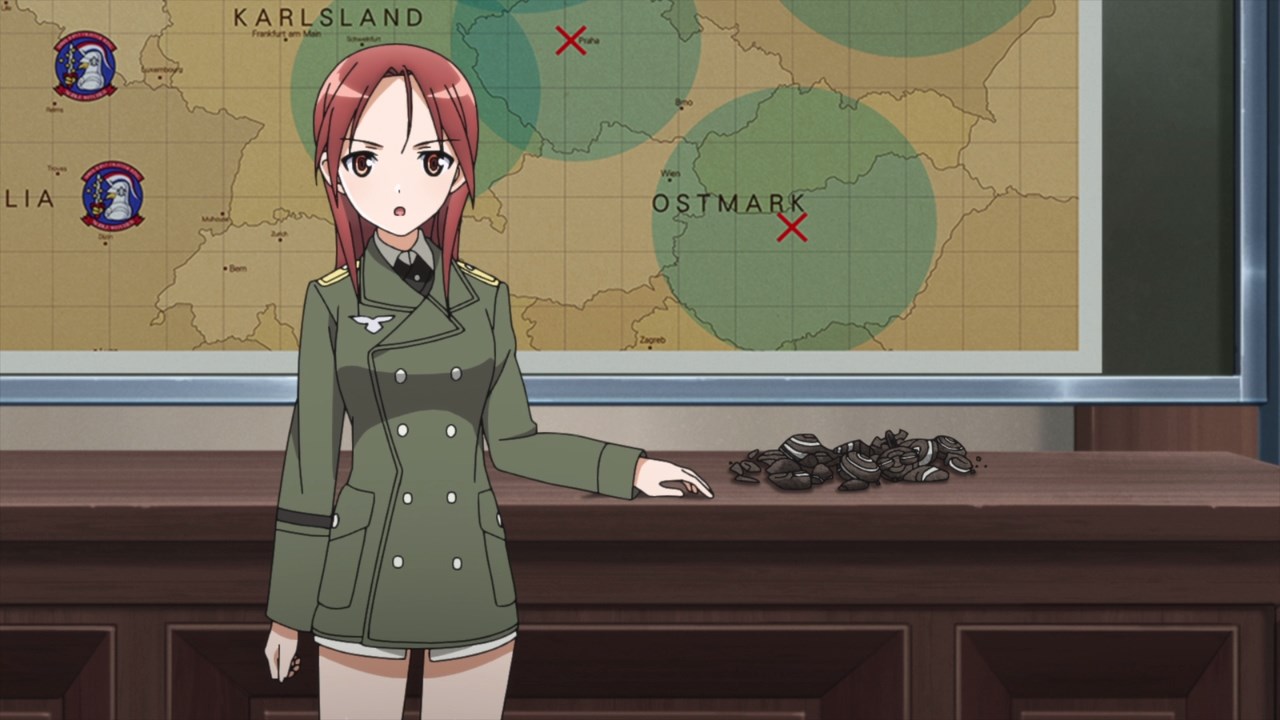 Of course, we’ll never know how did that doll end up in Europe and made a shrine for it. Heck, even Minna-Dietlinde Wilcke is puzzled by it.

Still, what’s important is that everyone’s busts went back to their original size, including Francesca Lucchini in which she wants to have big boobies like Charlotte E. Yeager. 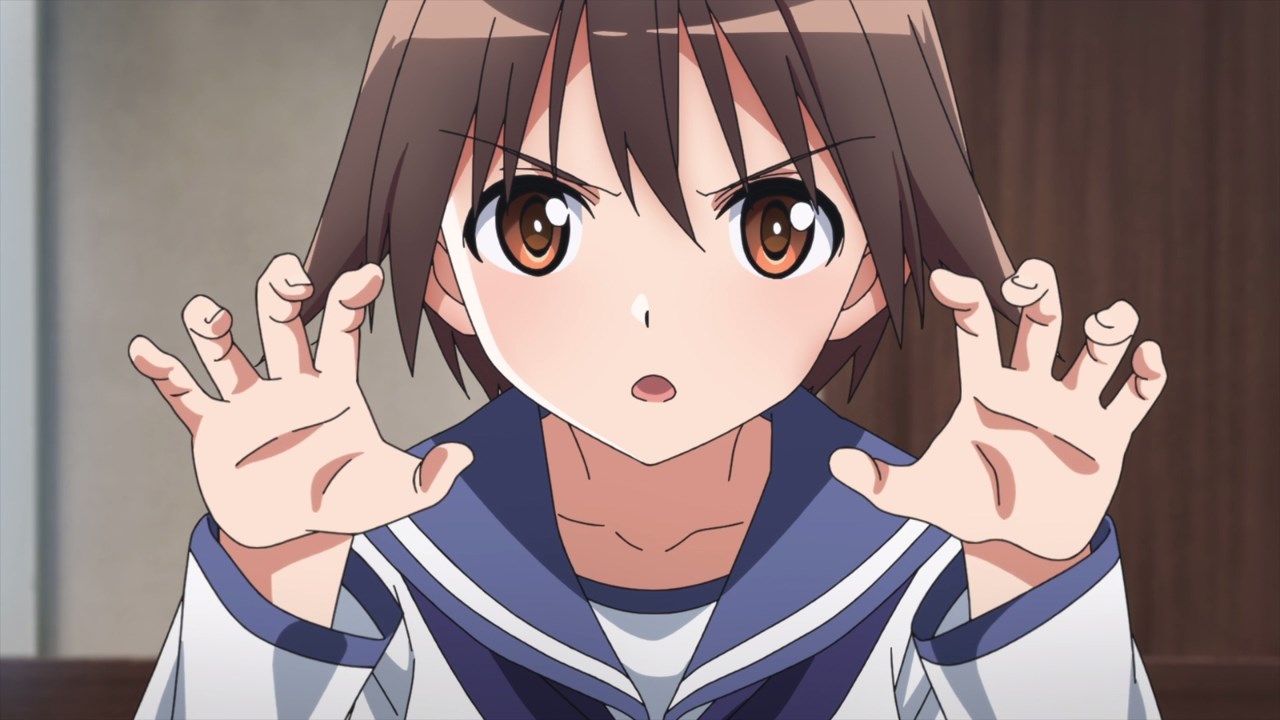 One last thing, looks like Yoshika Miyafuji wants to grope Lynette Bishop’s tits as she wants to recharge her magic. 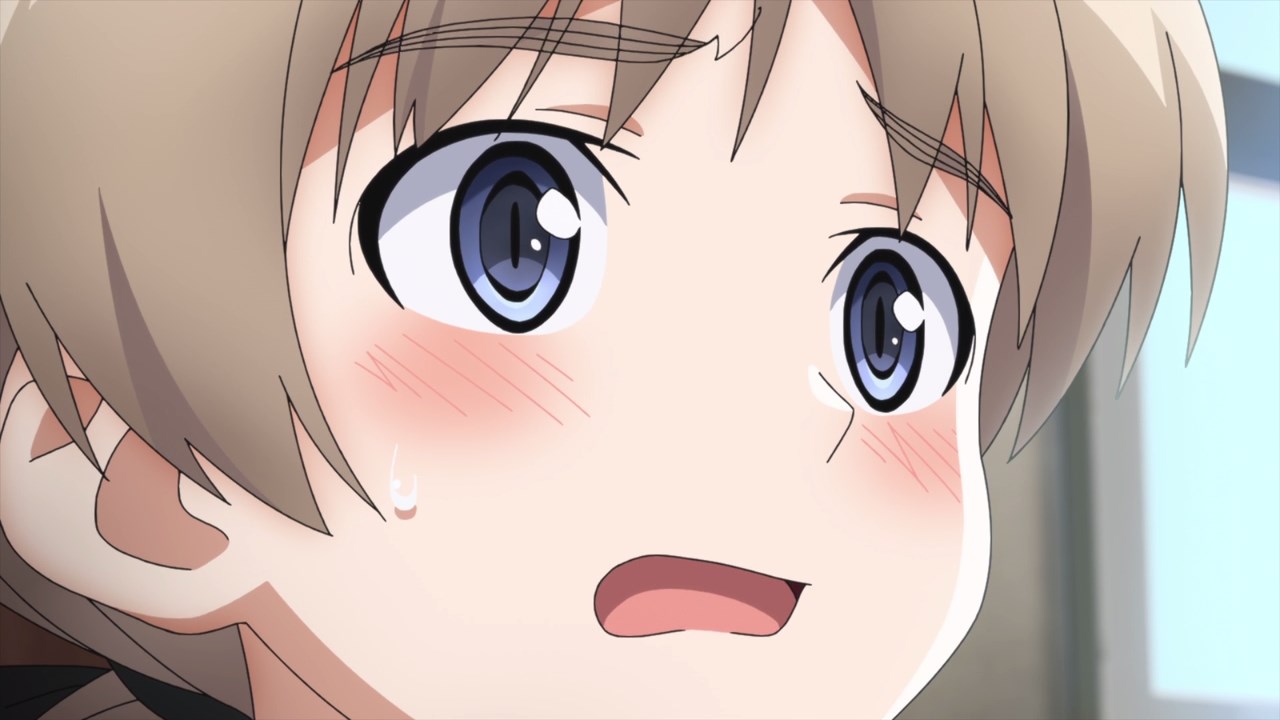 But that’s about it for this episode and man, I really love watching this one because it’s not only filled with fanservice, but it’s a nice break since things will get serious in future episodes. With that said, tune in next time!