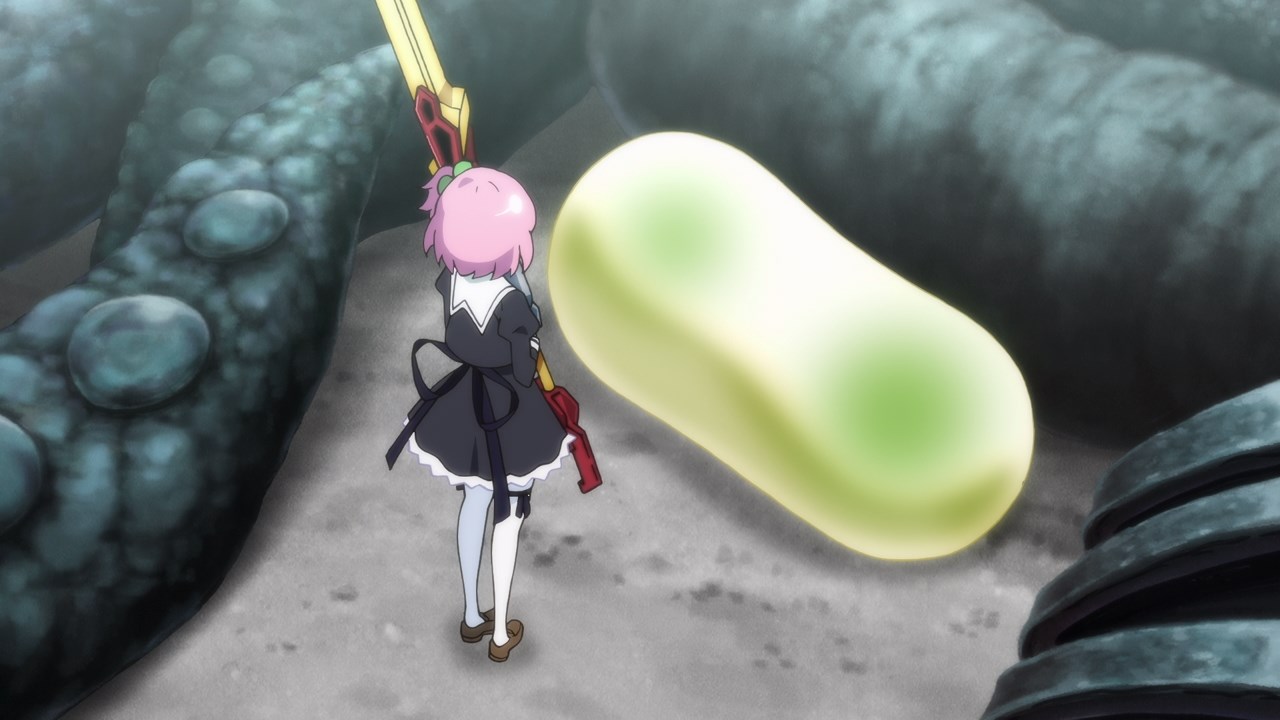 Well everyone, Assault Lily: Bouquet is back after a one-week hiatus and let’s start this episode where Riri Hitotsuyanagi stumbled upon an egg-like object from a wrecked ship.

Then again, I feel that a HUGE is involved on wrecking the ship which contained these eggs, but there’s no concrete answer on why an enemy wreck it. 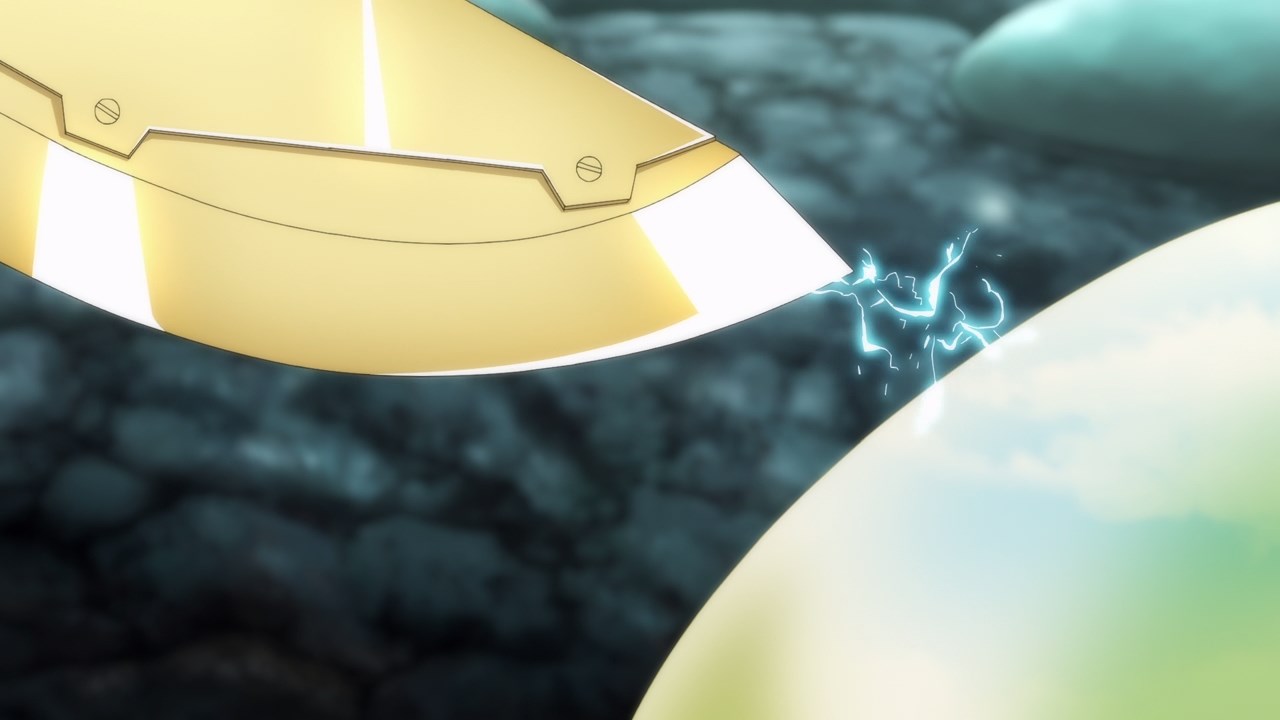 Anyways, seems that Riri’s CHARM reacted to the egg and I have a feeling that a HUGE will come out of its shell. Basically, Riri is doomed! 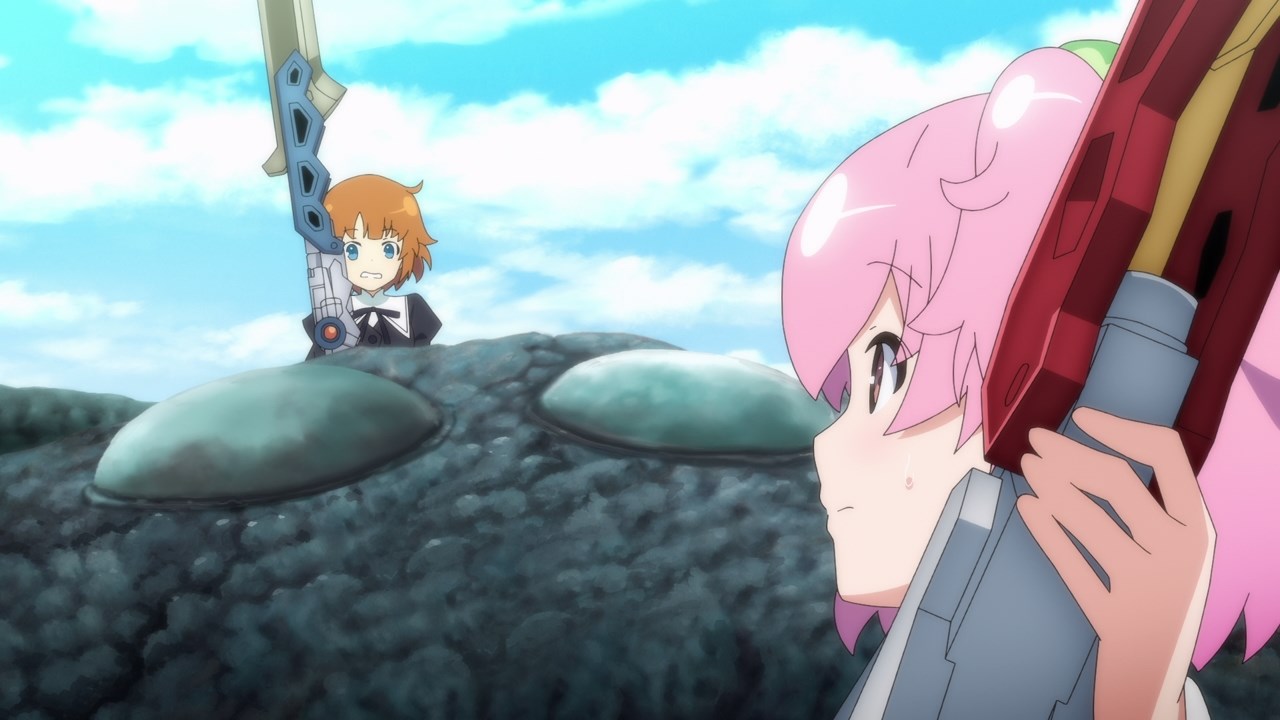 So much that Fumi Futagawa told Riri Hitotsuyanagi to look out as she’s gonna get pounced by a HUGE.

Except that it wasn’t a HUGE, but rather a girl who come out from its egg.

Still, I have a feeling that she might evolved into a HUGE later down the line but anyways, Riri and her teammates took this girl in Yurigaoka Girls’ Academy. 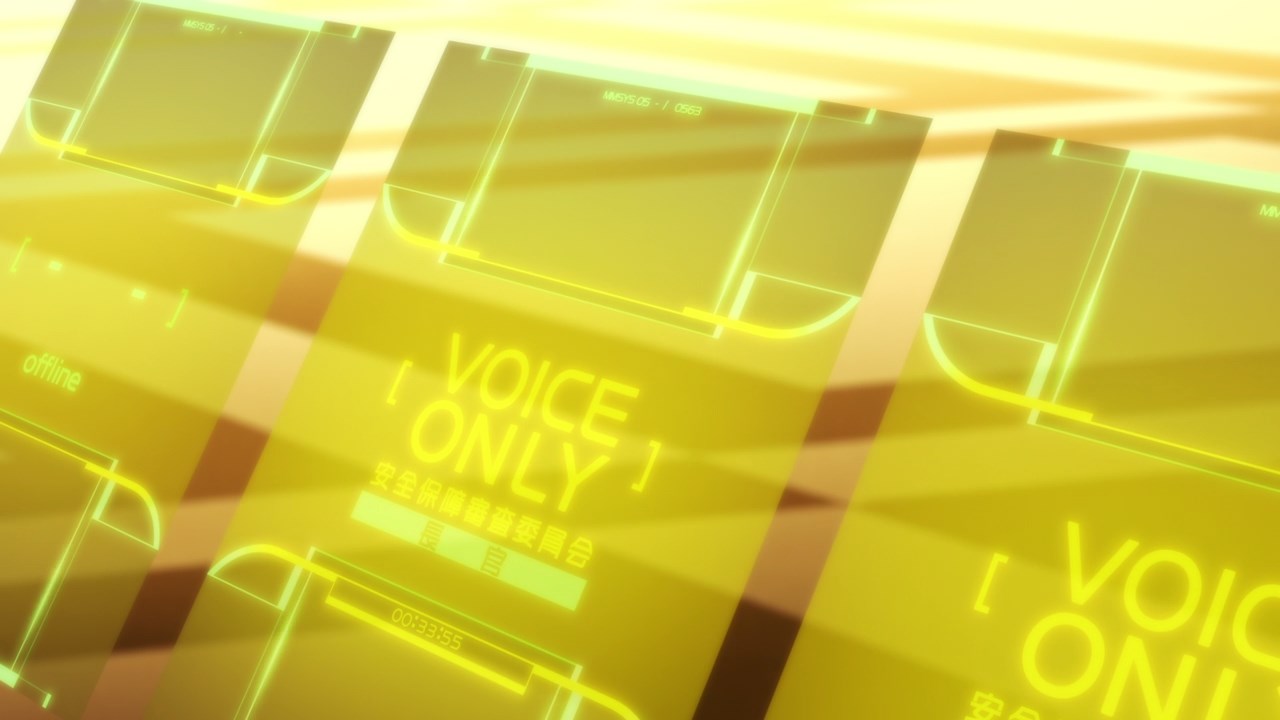 Of course, someone opposed it as Kogetsu Takamatsu got a call from nebulous influencers, saying that the girl should be under their custody because she’s a civilian. 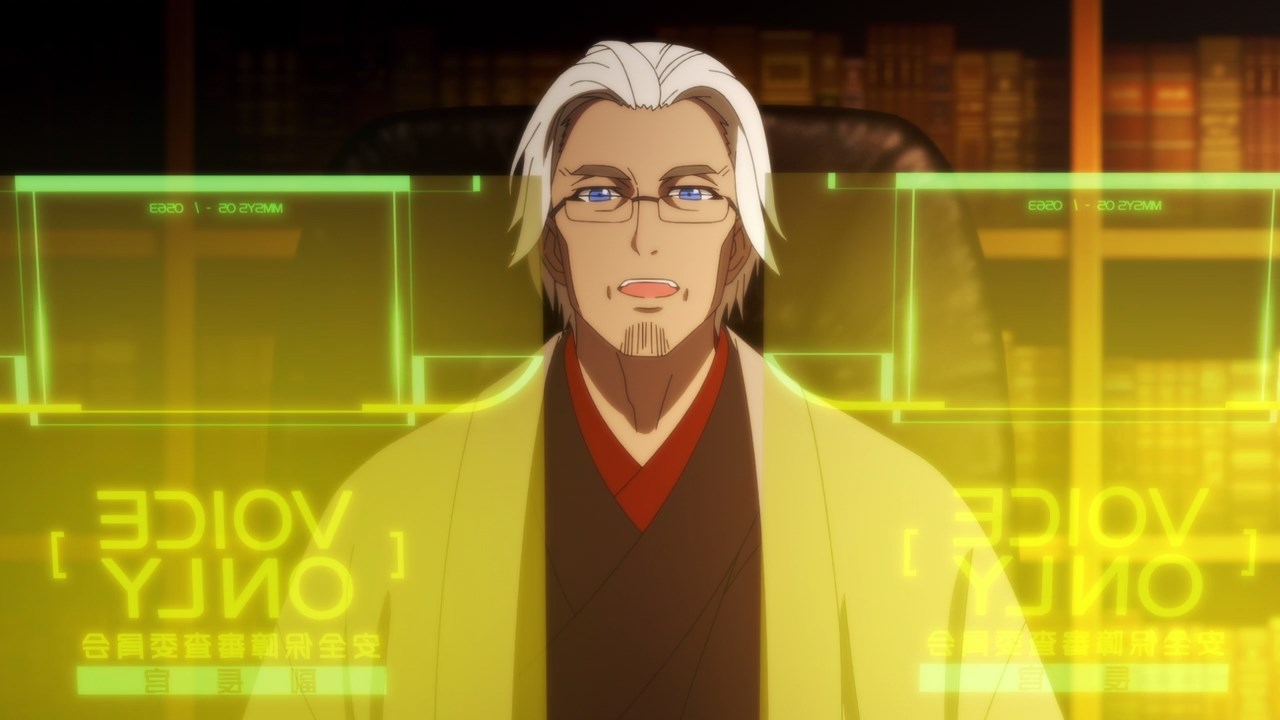 However, Takamatsu refused as he’ll rather take care of that girl instead of being handled by someone else who might have dubious motives. I mean, some people are interested on making experiments with that mysterious girl. 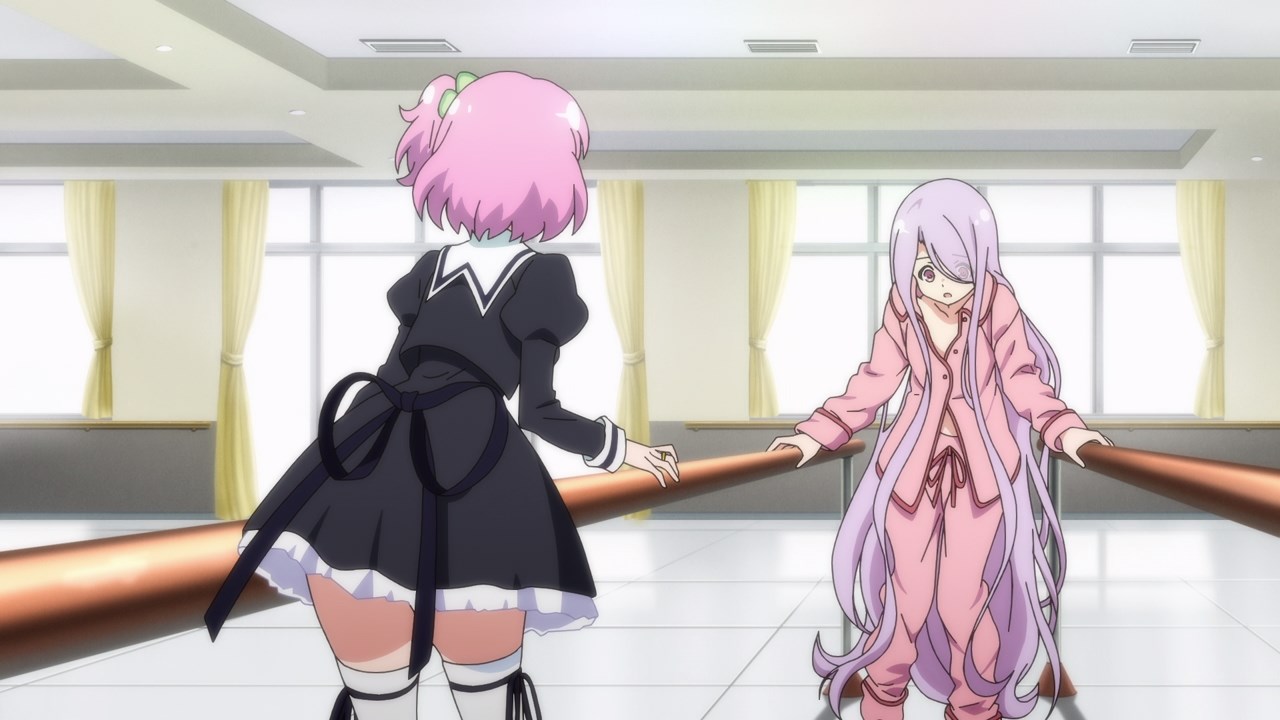 With that said, the girl is being taken care of by Riri Hitotsuyanagi where the Lily is treating her like a daughter. 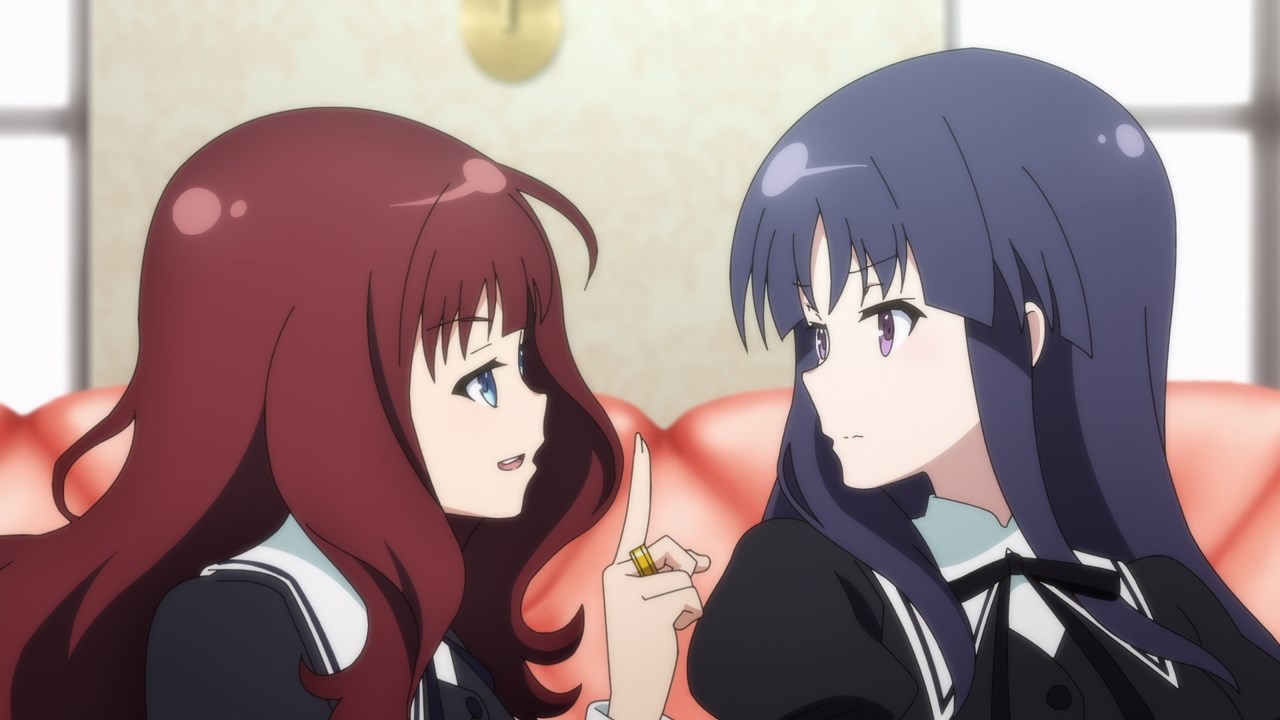 On the other hand, looks like Yuyu Shirai is getting jealous that her Schild is taking care of the girl. Heck, even Kaede Johan Nouvelle make fun of Yuyu-sempai for her jealousy. 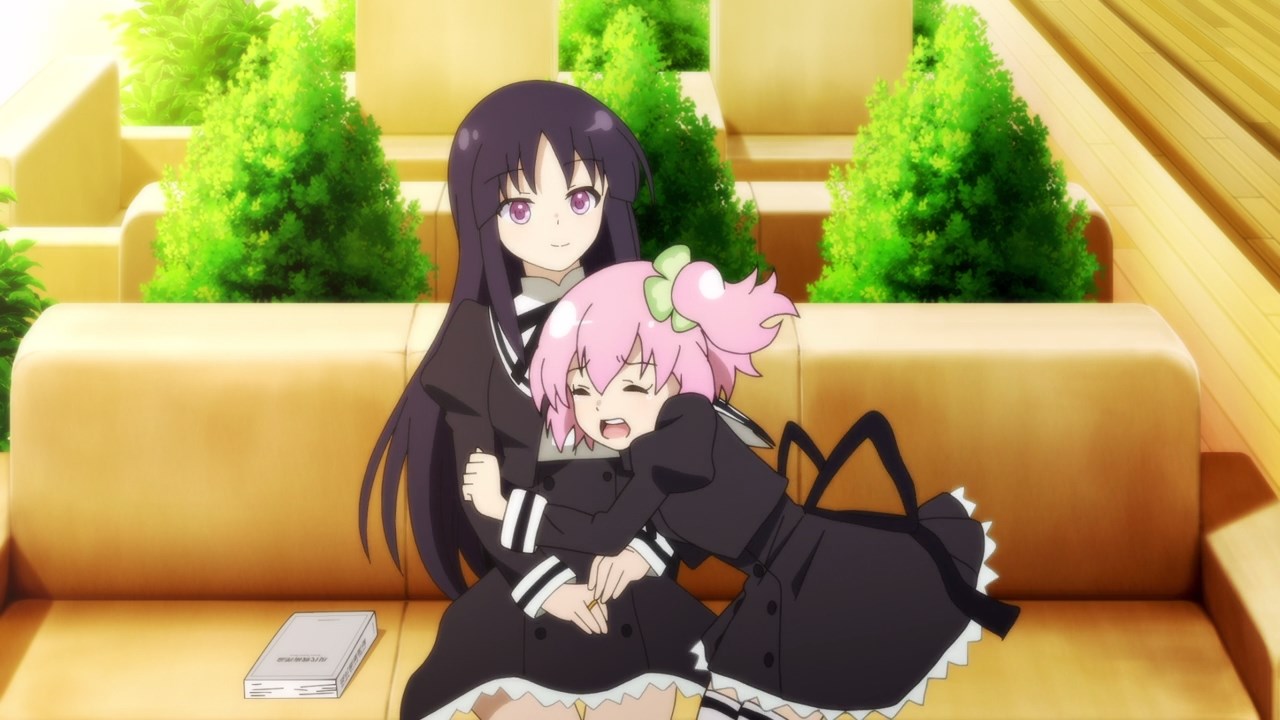 But hey, Yuyu Shirai got her Schild back as Riri Hitotsuyanagi is finally reunited with her Schutzengel after spending lots of time with the mysterious girl. 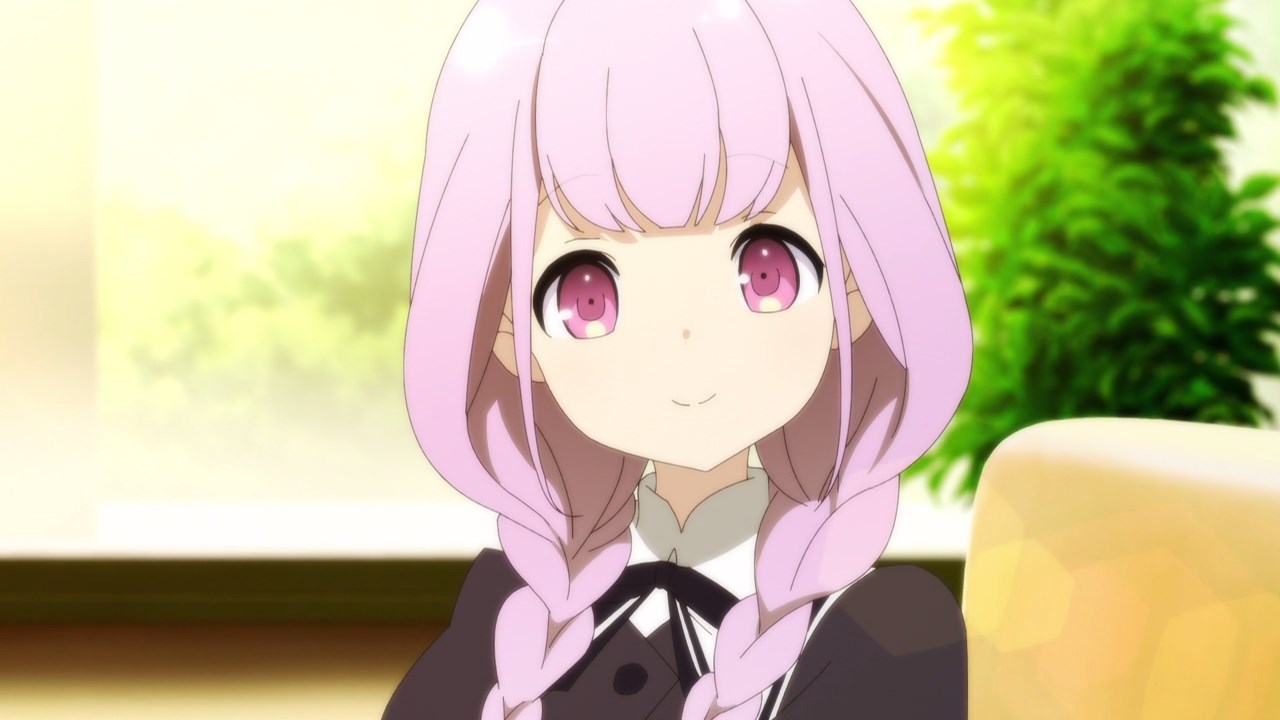 Oh right, what about her name? Turns out that she calls herself as Yuri because Riri temporary gave her a name until it got stuck in the end. Okay, seems that Yuyu and Riri now have a daughter of their own! 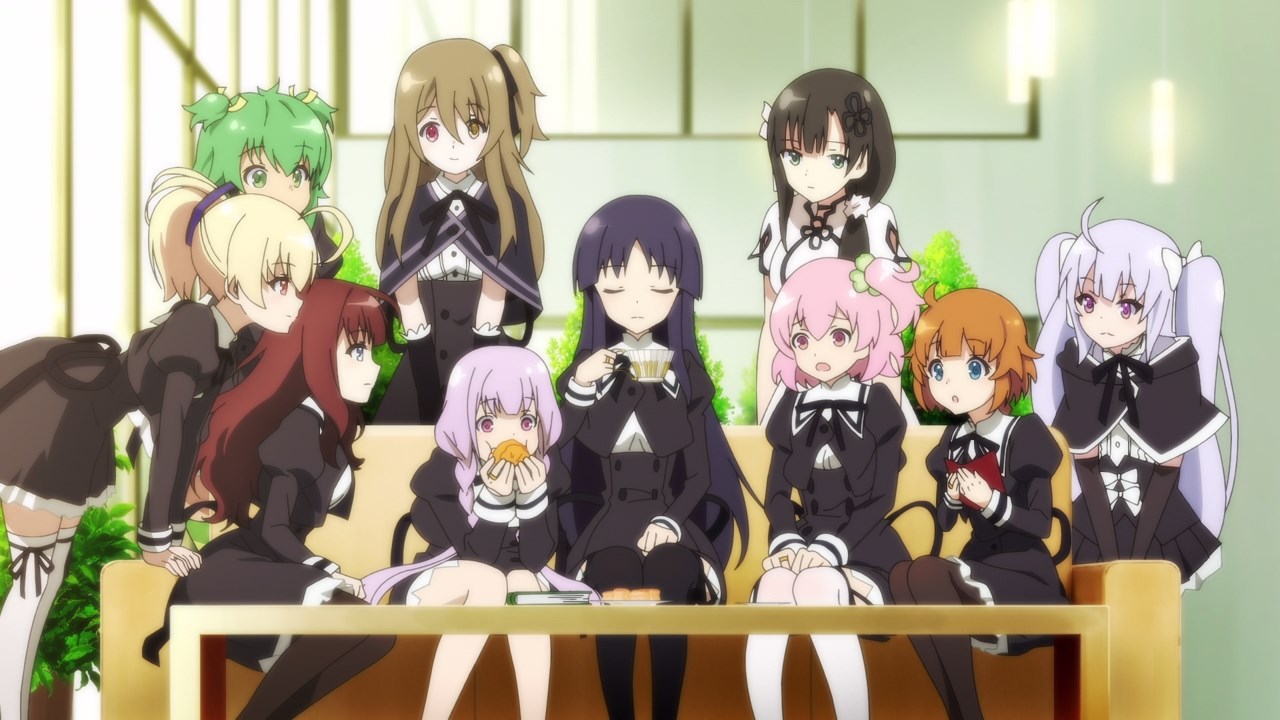 Anyways, I have to say that Yuri is a nice addition to the cast but seriously though, they need to be careful ’cause it’s not like Yuri is completely harmless as she might become a HUGE. I mean, Misuzu Kawazoe’s fears might come true if something bad will happen to her.

With that said, tune in next time where Yuri will have to get her own CHARM. Then again, I think she would stay at the base ’cause Yuri is not yet ready to fight against the HUGE.