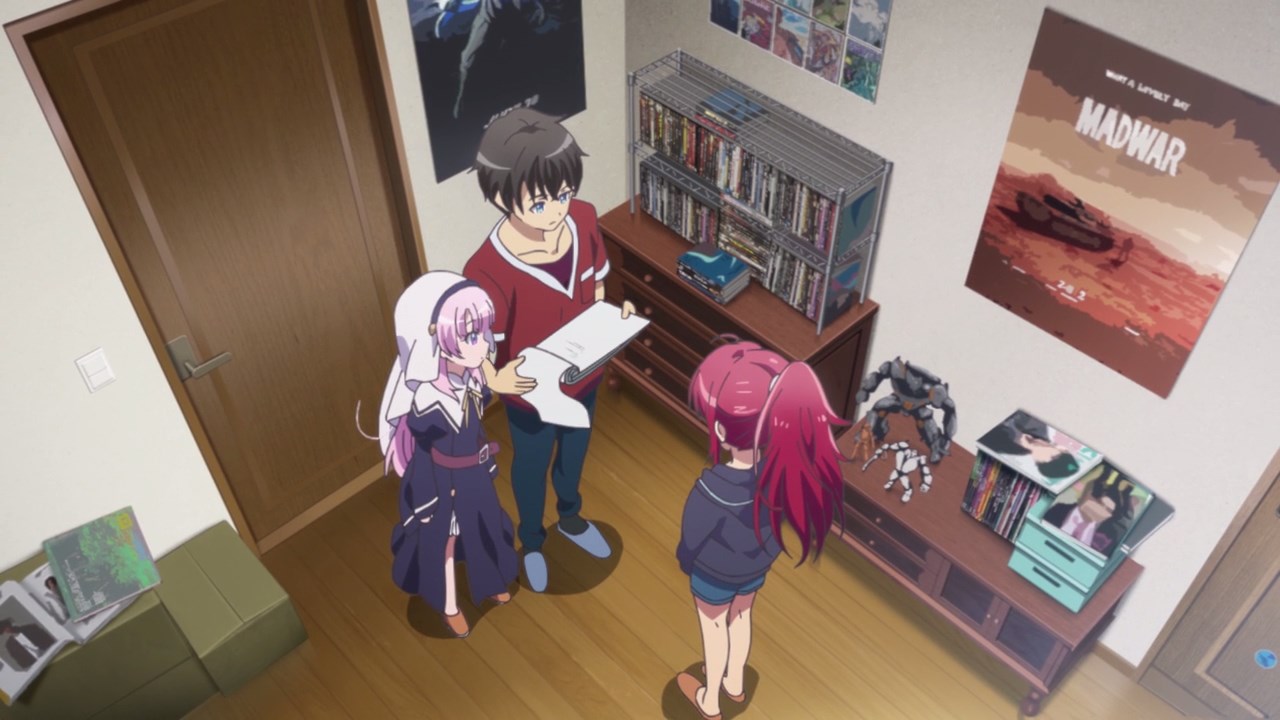 On this episode, Youta Narukami and Hina “Odin” Sato will make a film as Sora Narukami managed to finish the script. Oh, and there’s 7 days to go before the world reaches its end. 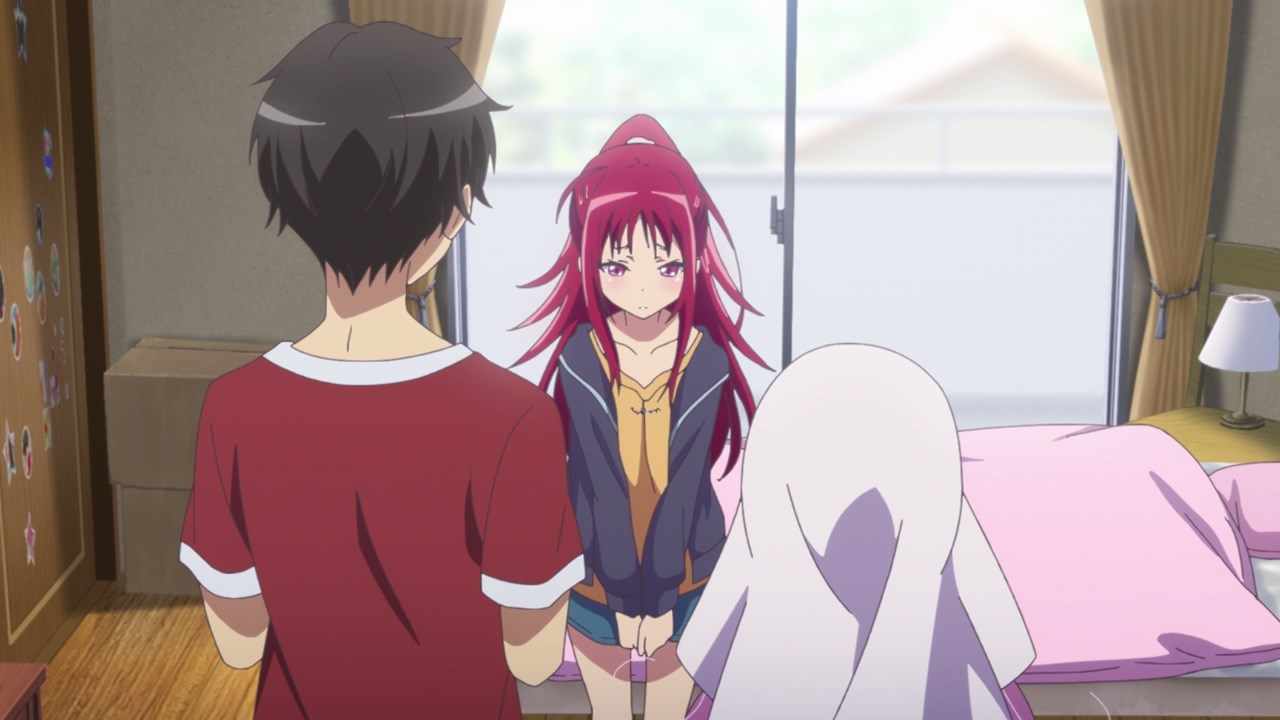 Of course, Sora needed some helping hand because c’mon, it’s hard to make a film with only a few people despite having a decent script. Well then, looks like it’s time for Youta to call some backup… 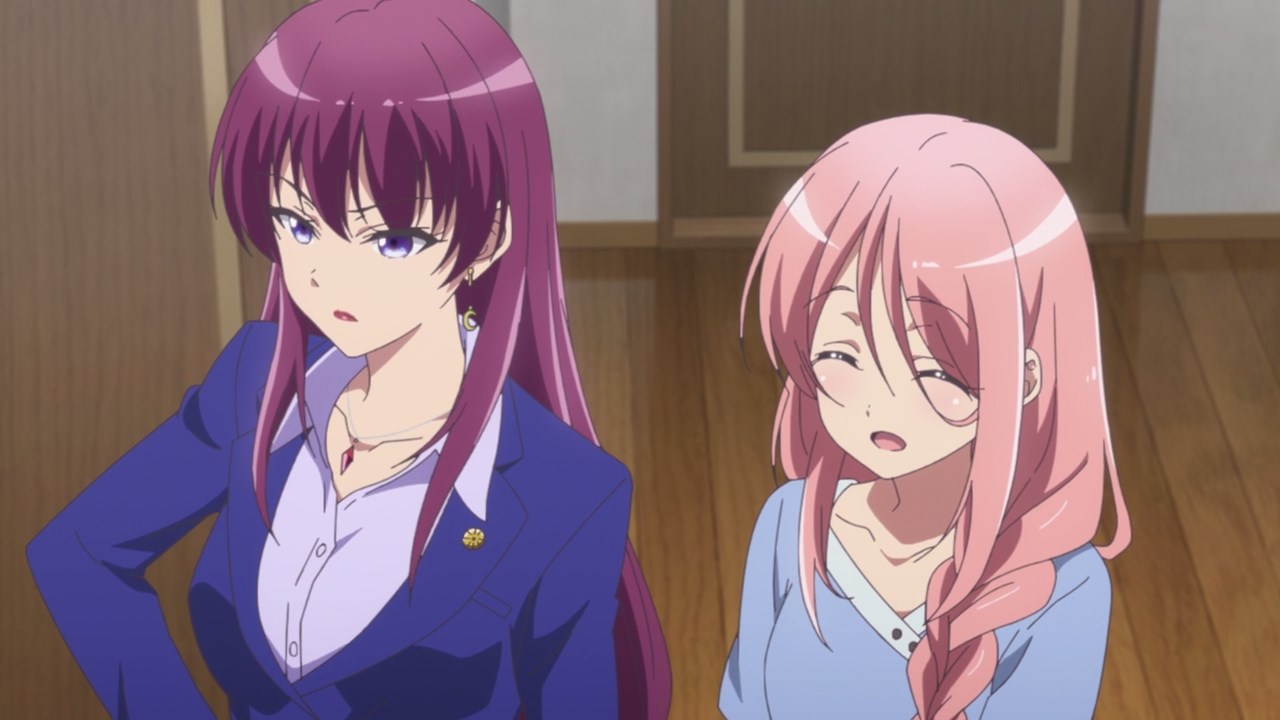 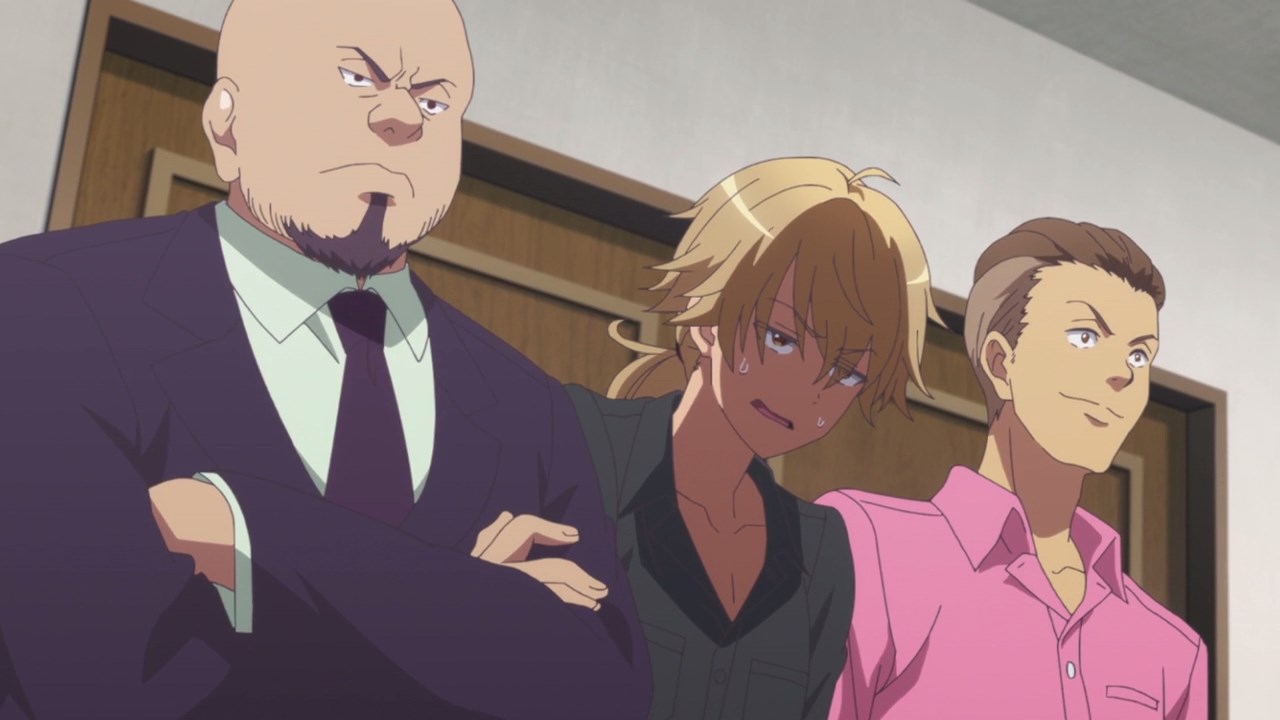 And here they are as the likes of Kako Tengan and her bodyguard, Hikari Jinguji, Ashura Kokuhou, and that debt collector from Episode 3 who are here to help Sora out.

Seriously though, how come that debt collector returned on this episode? Did he already have a change of heart and decided to start a new leaf? I doubt it! 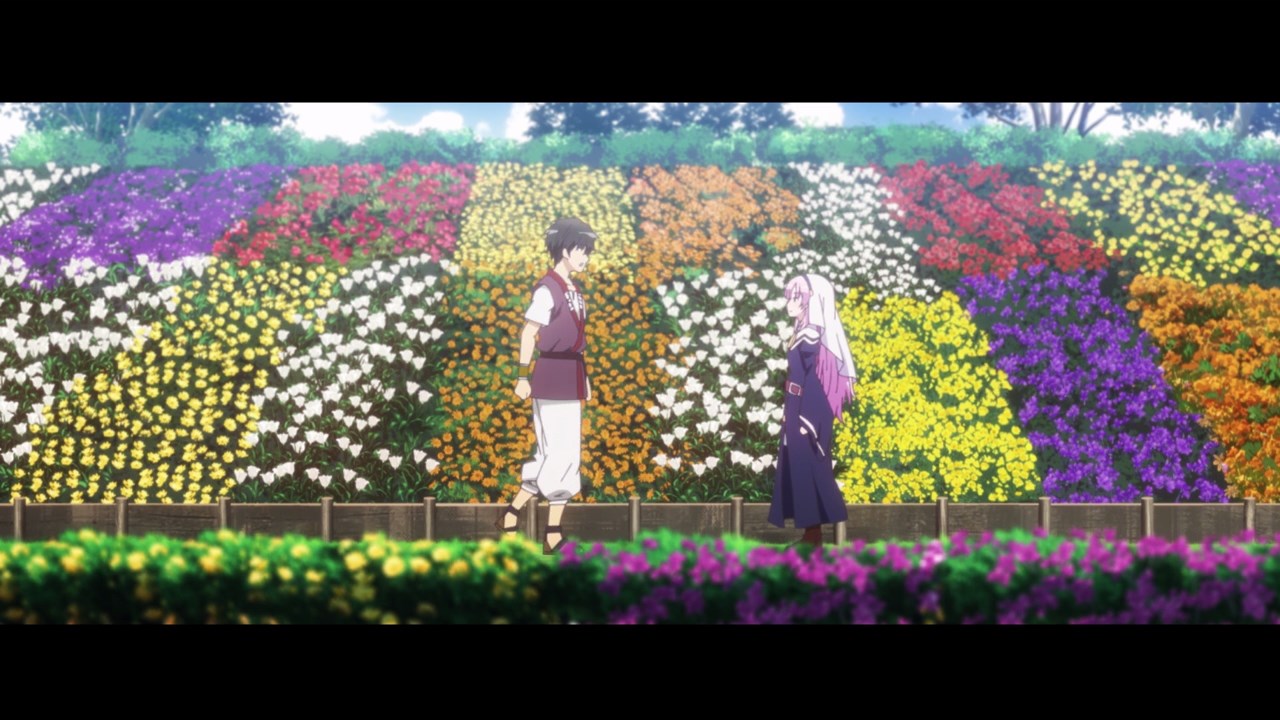 Anyways, they’re gonna make a film where Youta and Hina-chan are the main characters.

Then again, I have a feeling that it’ll suck pretty badly since Odin didn’t learn some acting lessons from a professional. 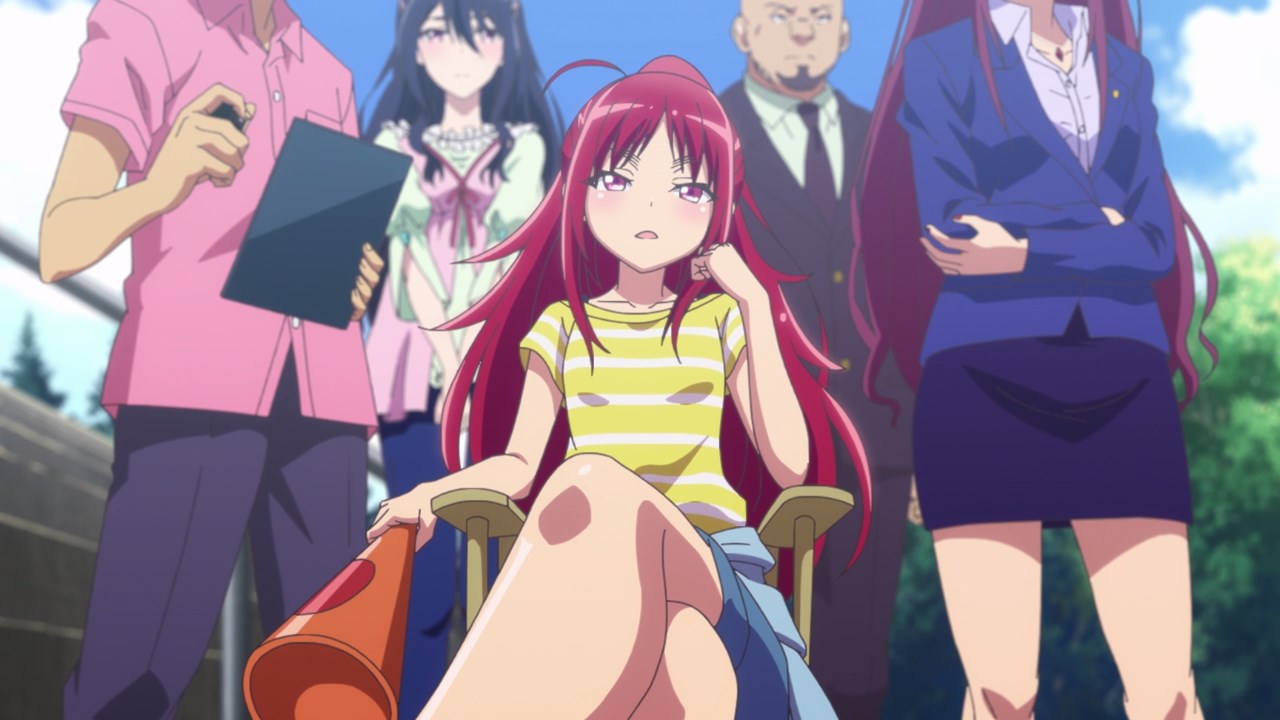 On the other hand, looks like Sora Narukami is having a good time at the director’s seat, although I’m hoping that the finished product will be good instead of turning into a train wreck. 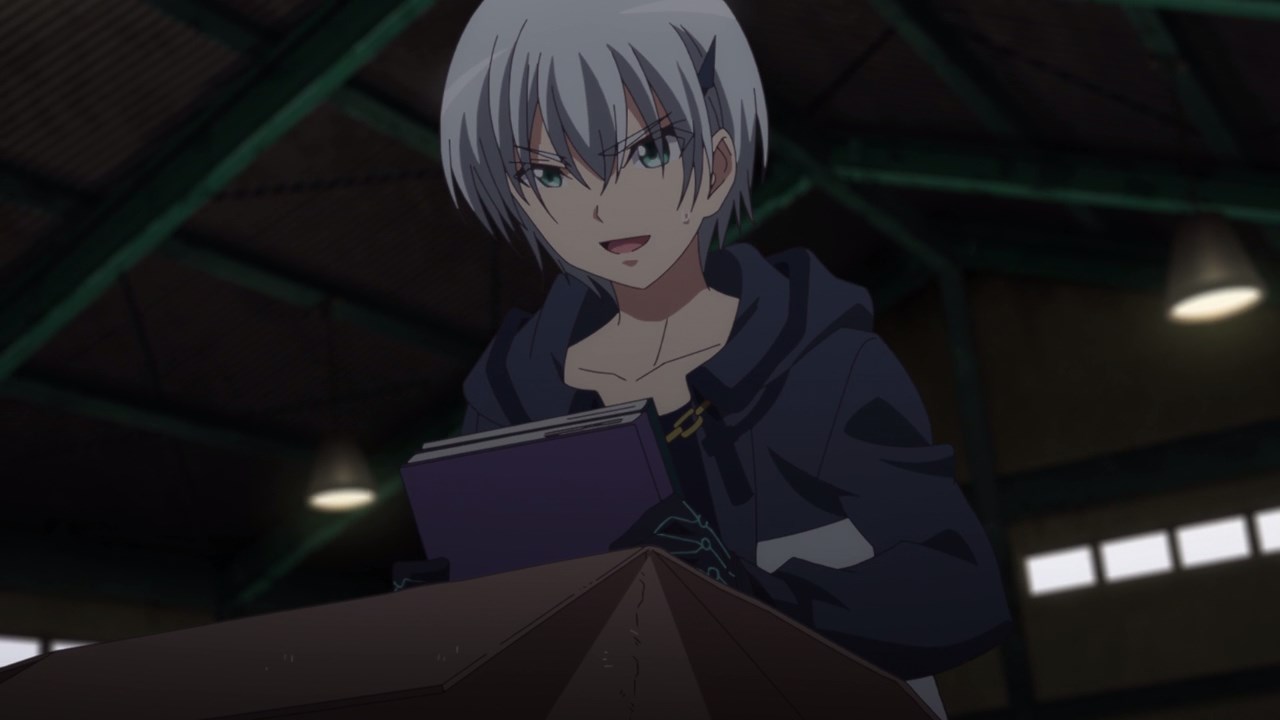 Okay, why would someone throw Dr. Korogi’s stuff into a dumpster and shred it into pieces? Something tells me that they’re trying to stop anyone from learning his secrets. 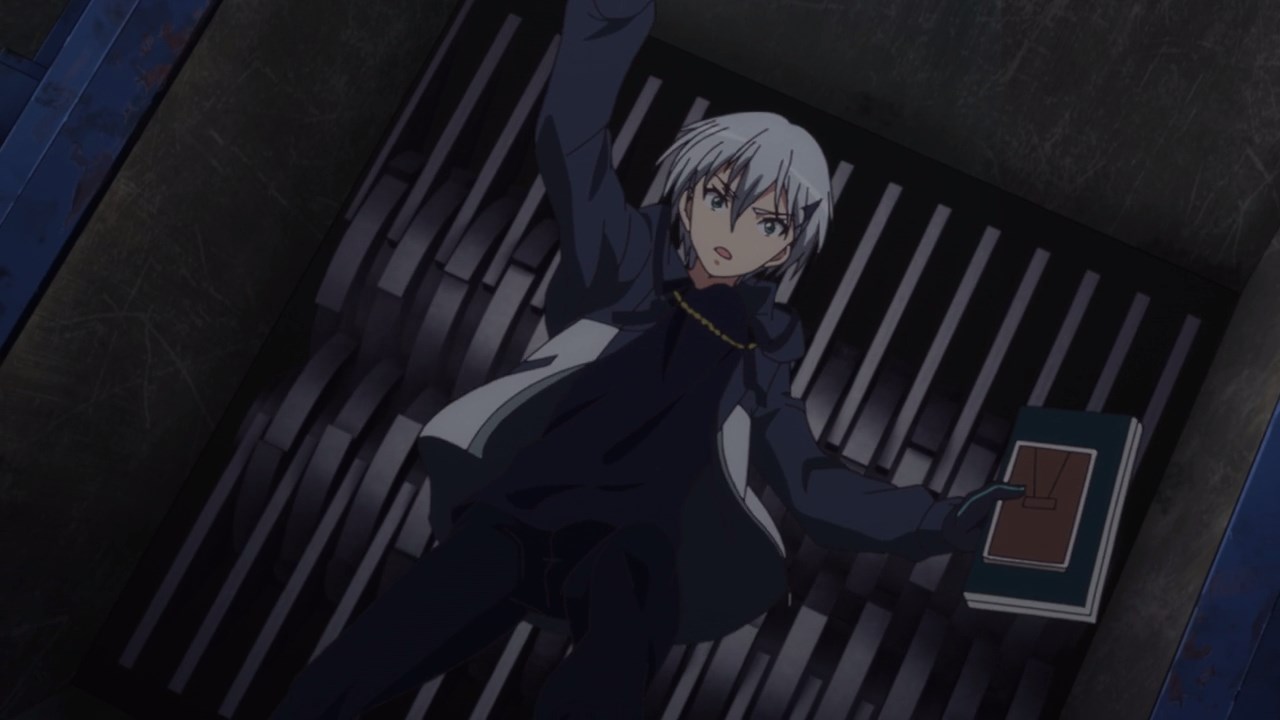 Speaking of Hiroto, looks like he’s about to become mincemeat as he fell into the shredder. Well Suzuki, we hardly knew ya! 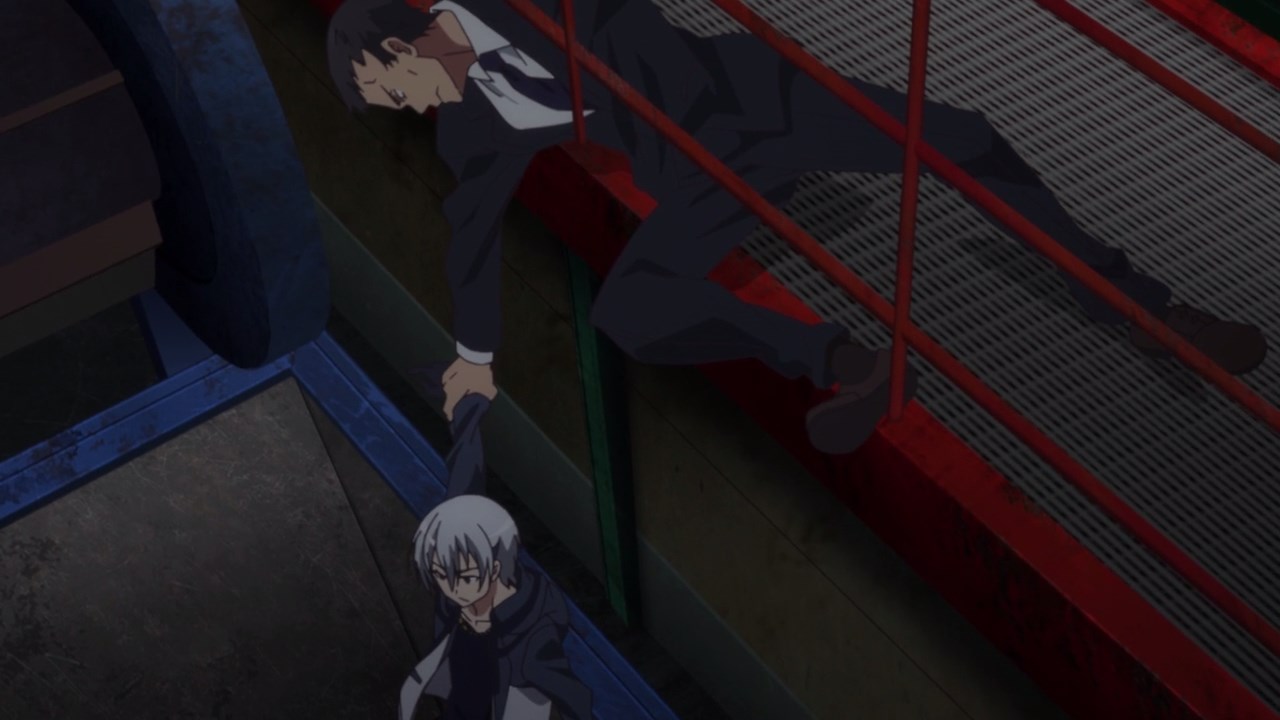 Actually, his partner managed to rescue him from being shredded into pieces. Man, I thought Hiroto would be a goner but I was wrong. 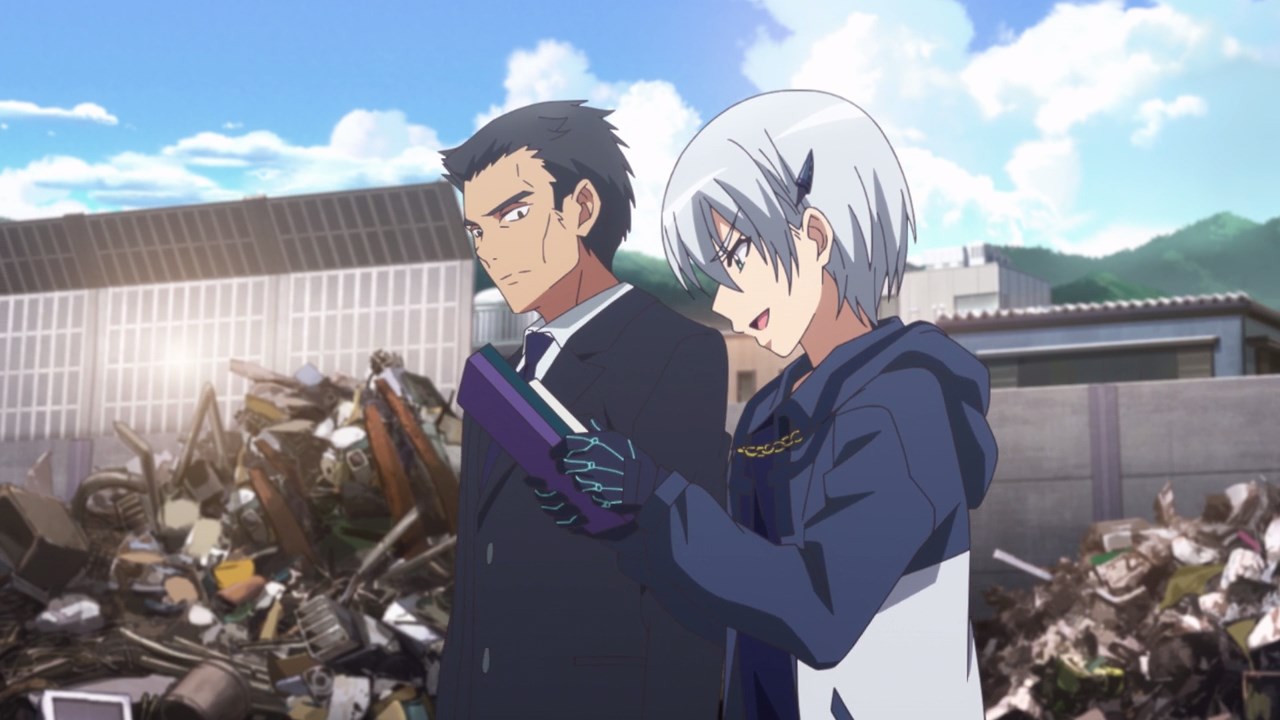 In any case, looks like Hiroto Suzuki and his partner got some documents from Dr. Korogi. Of course, what kind of information does the mysterious doctor have? 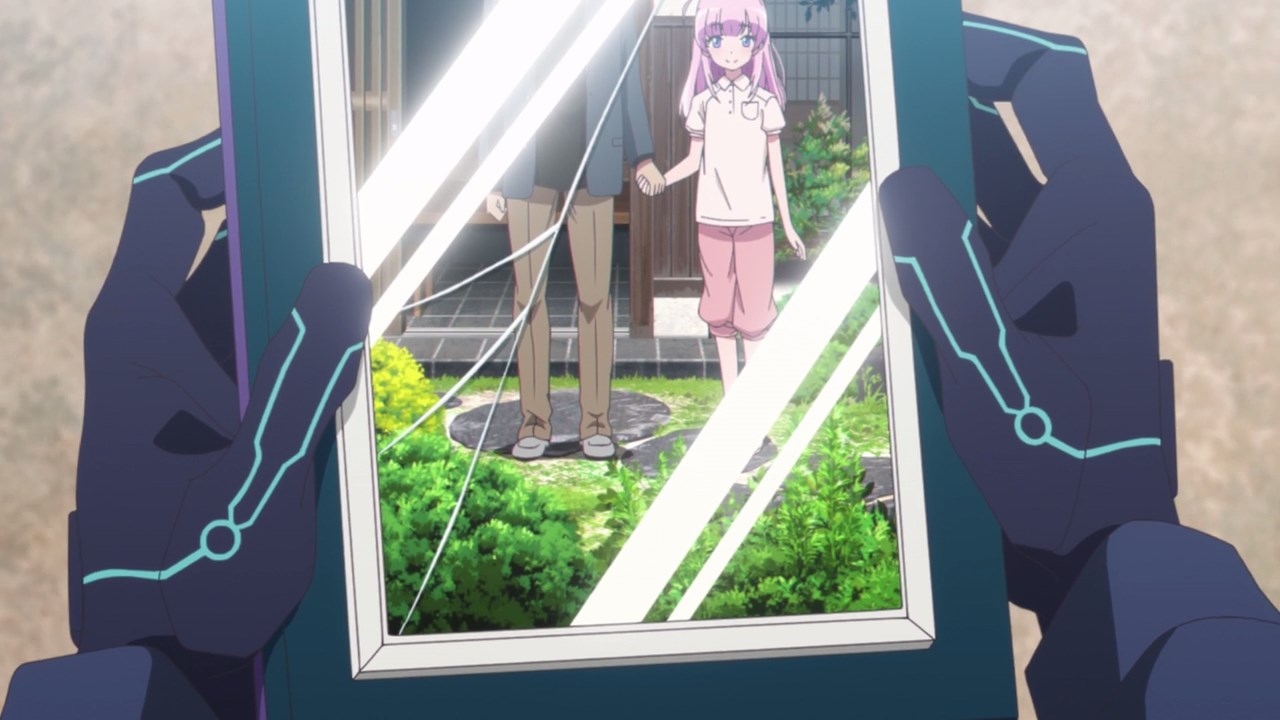 Oh, a picture of him and his daughter who somewhat resembles Hina Sato. Oh wait a minute, don’t tell me that Hiroto Suzuki is gonna target Odin next?

Well then, looks like this show is gonna get serious as Hina-chan is in danger. And with 6 days to go before the world ends, you know that there will be heart-breaking drama in future episodes. Anyways, see ya next time!