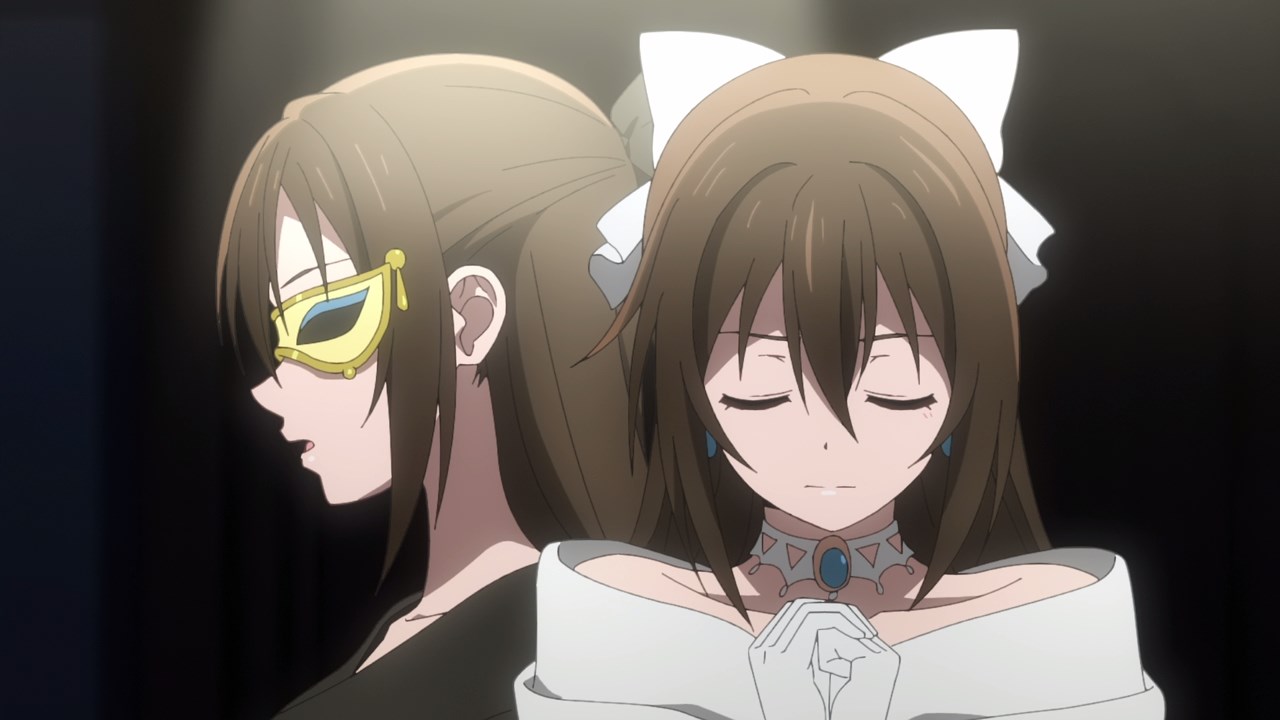 Well everyone, this episode will focus on Shizuku Osaka where she’s having some issues about showing her true self.

By the way, this scene is from the stage play in which Shizuku plays a role there, but we’ll get to that later… 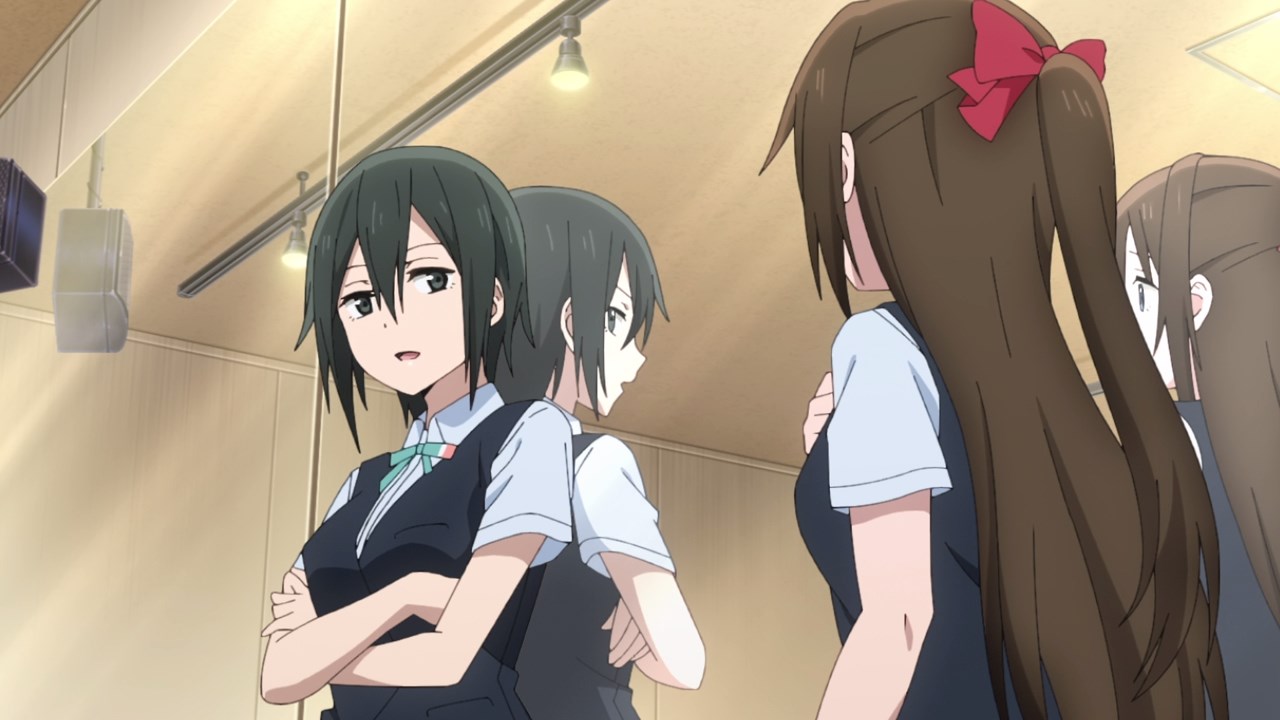 Right now, let’s begin Shizuku’s story where her club president of the drama club (voiced by Momoyo Koyama who’s best known as Karen Aijou from Revue Starlight) told Osaka as she might not get the leading role. Hence, there will be an audition to determine who will become the main lead.

Hmm, seems that Shizuku-chan is struggling at the drama club that I worried that she might leave the school idol club and focus on her acting career. 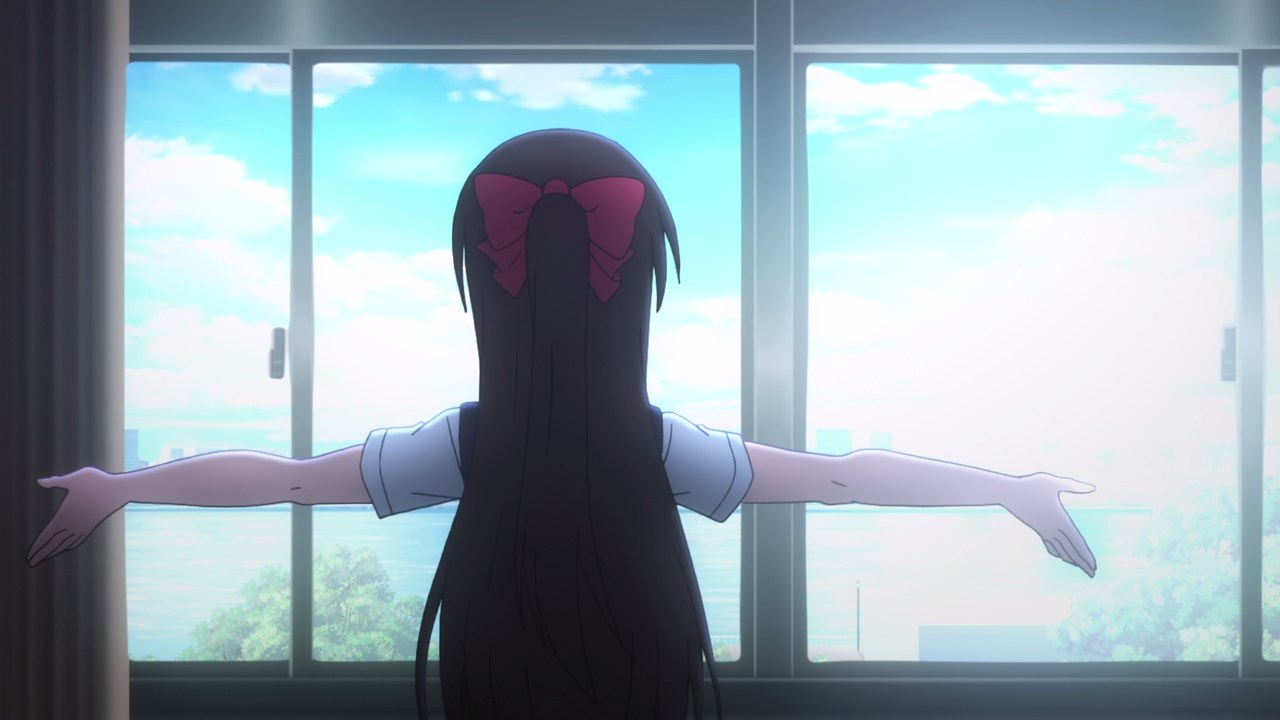 Still, Shizuku Osaka practiced hard in order to get the leading role, but it seems that putting some effort might not be enough for her. 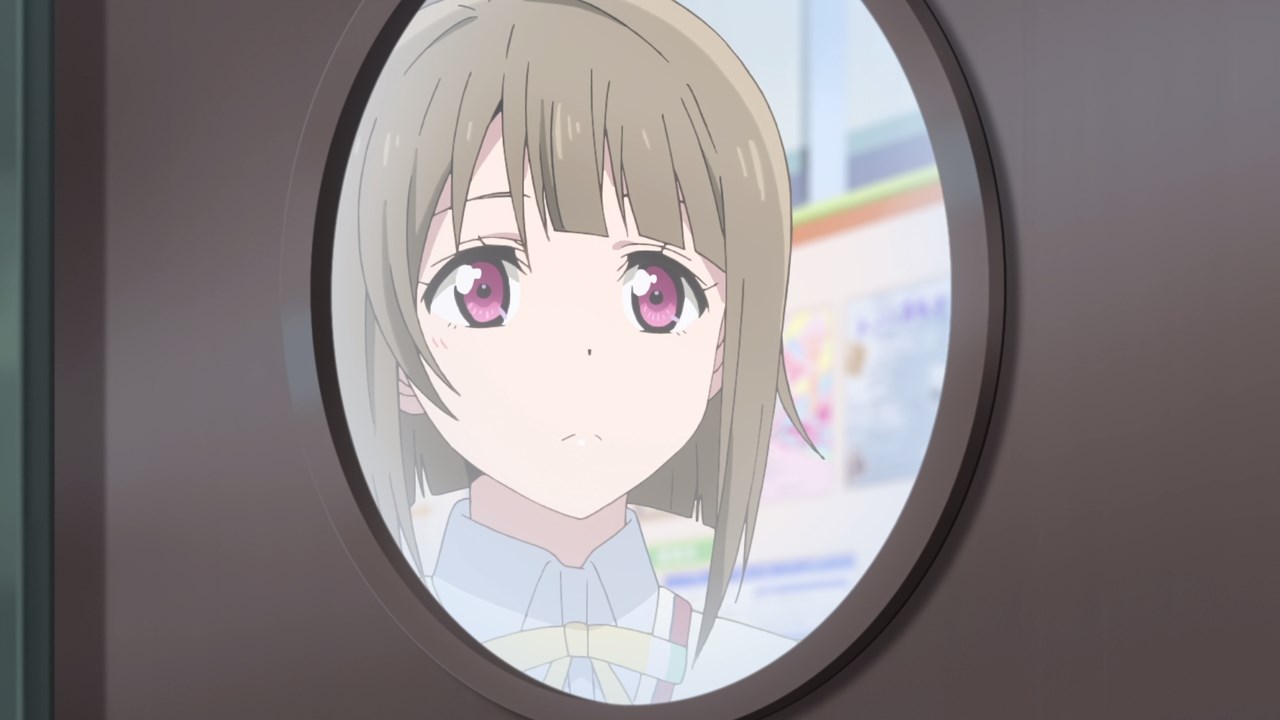 Oh yeah, here’s Kasumi Nakasu where she noticed that Osaka is practicing her lines by herself.

Then again, she’s worried about Shizuku that her voice is somewhat trembling. Well, I understand that she’s scared of losing that leading role in the upcoming stage play. 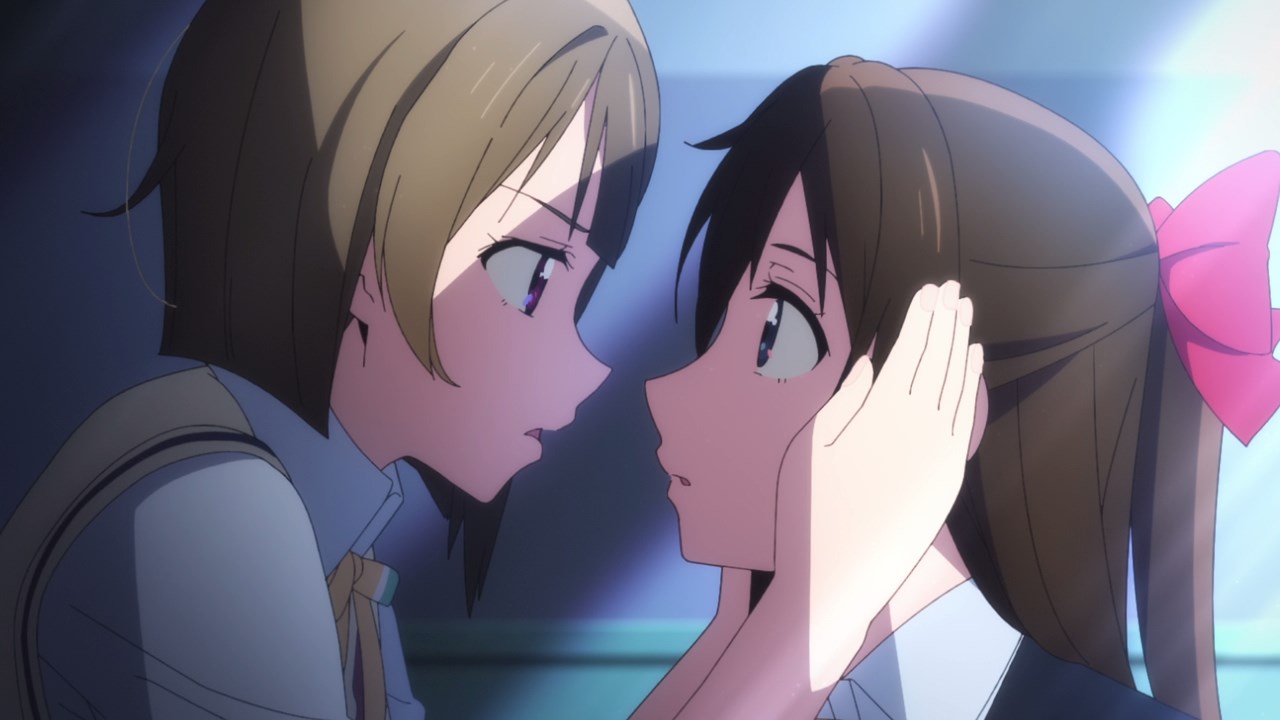 So, Kasumin has decided to help Shizuku out, although I have a feeling that she might make this situation worse. Would it be better if Yuu Takasaki handle it instead?

Anyways, Osaka told Nakasu about her current problems such as her fear of losing the leading role. More importantly, there’s more than just losing a role in the stage play. 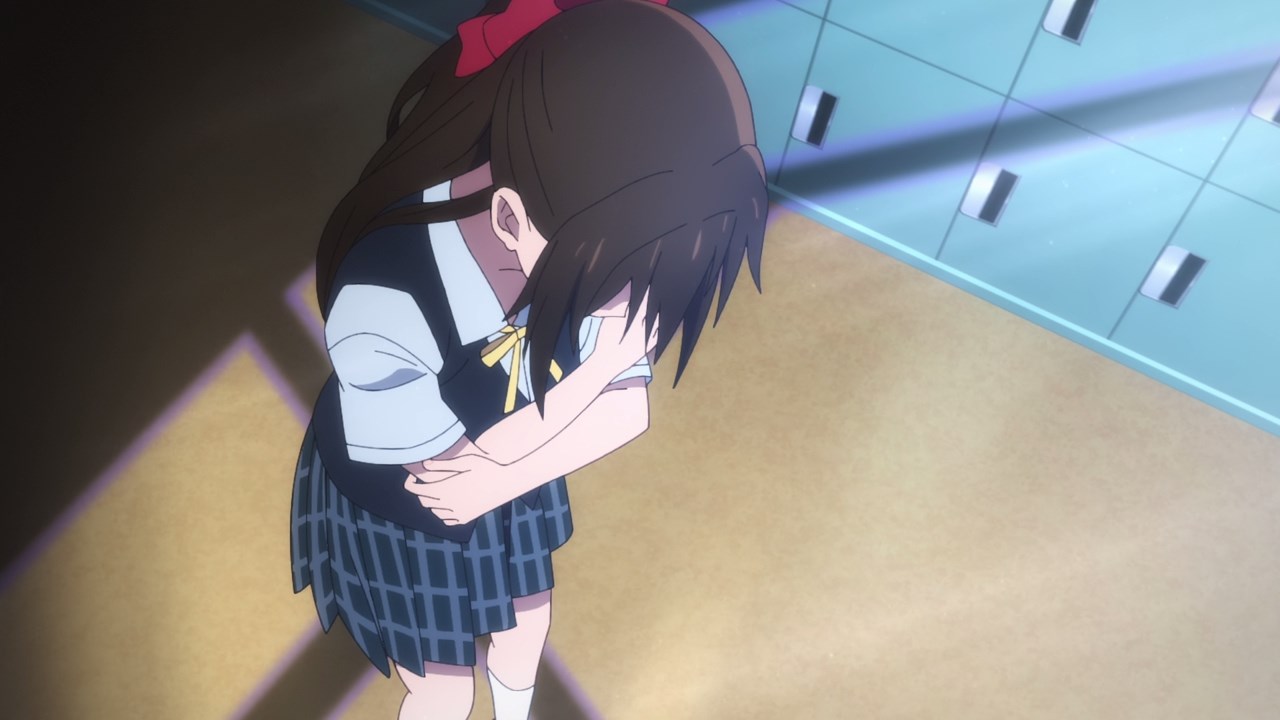 For you see, Shizuku Osaka has some insecurities when it comes to showing her true self to others. She has different hobbies than everyone else, which is why Shizuku is scared that everyone would hate her for doing different things like watching old movies and reading novels.

You know something, it’s okay for Osaka to have hobbies that are different from the rest. Also, there’s no need for Shizuku to act perfectly all the time as she must embrace her flaws. 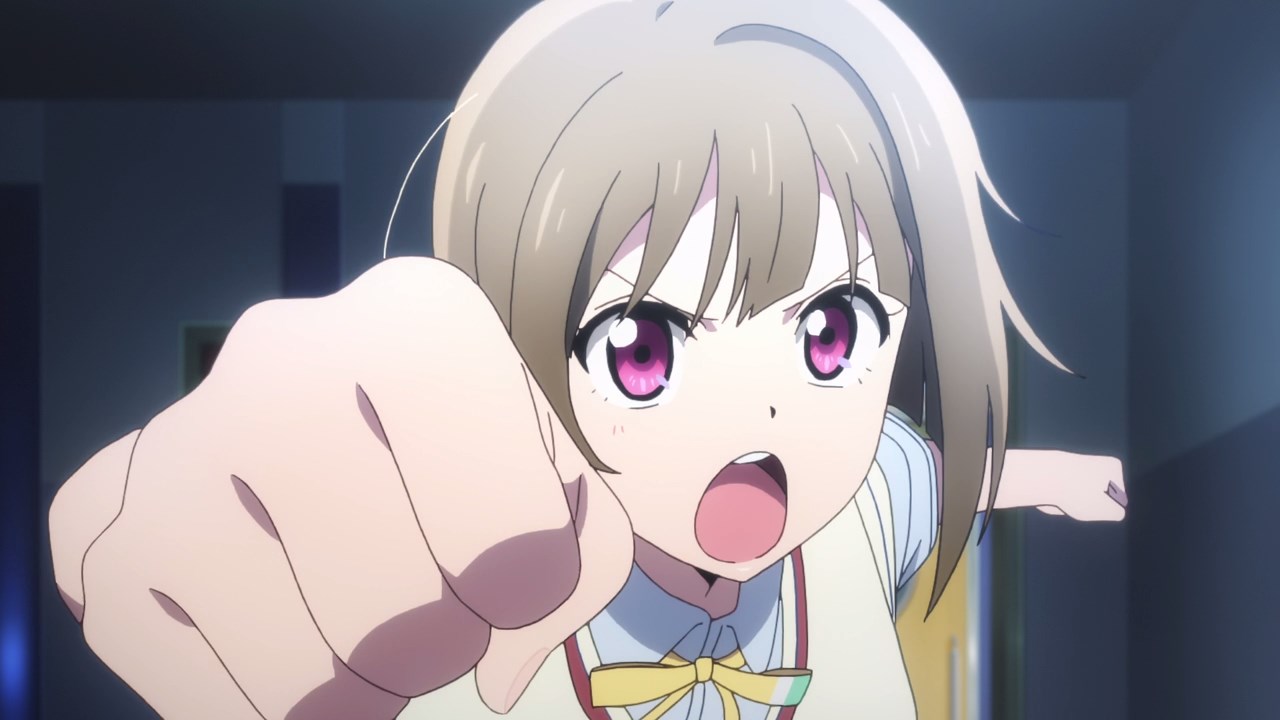 But if Shizuku still insists that she can’t be true to herself, there’s Kasumi where she’s gonna punch her. Oh god, we can’t have Kasukasu punching Shizuku to the face! 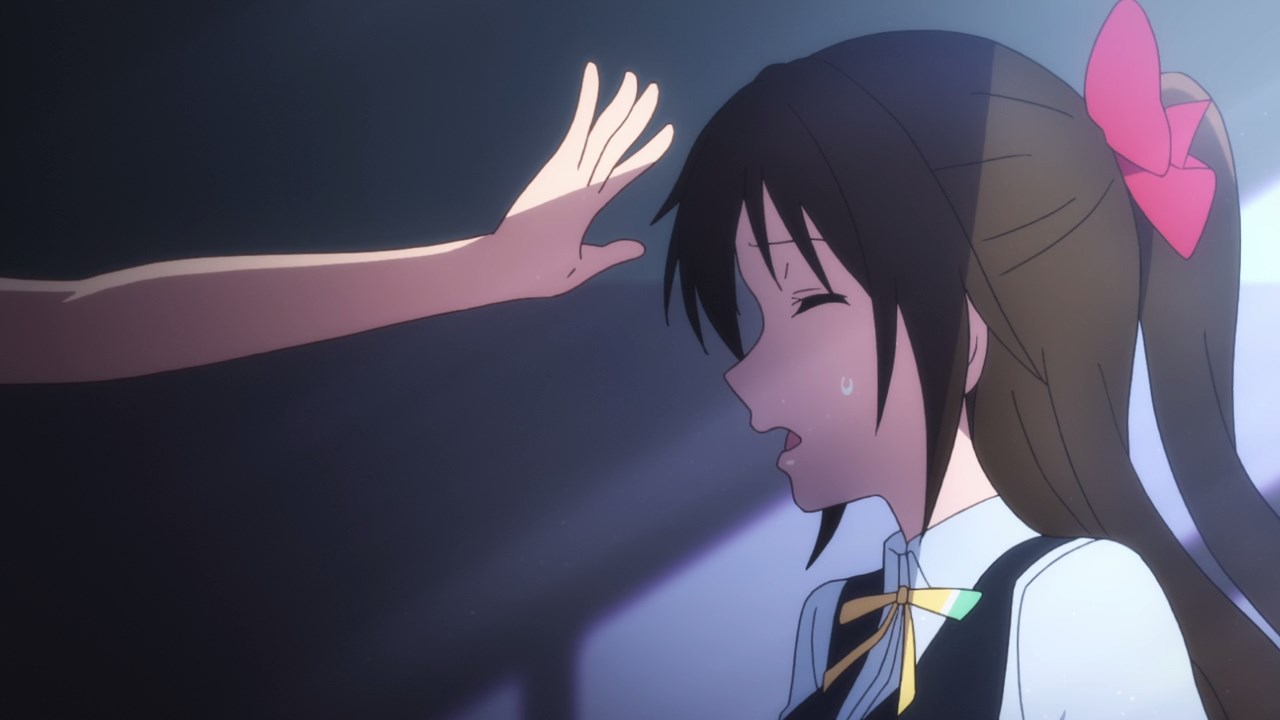 Oh, Kasumin just flick her forehead as she told Shizuku to get a hold of herself. Dammit, she got me there! 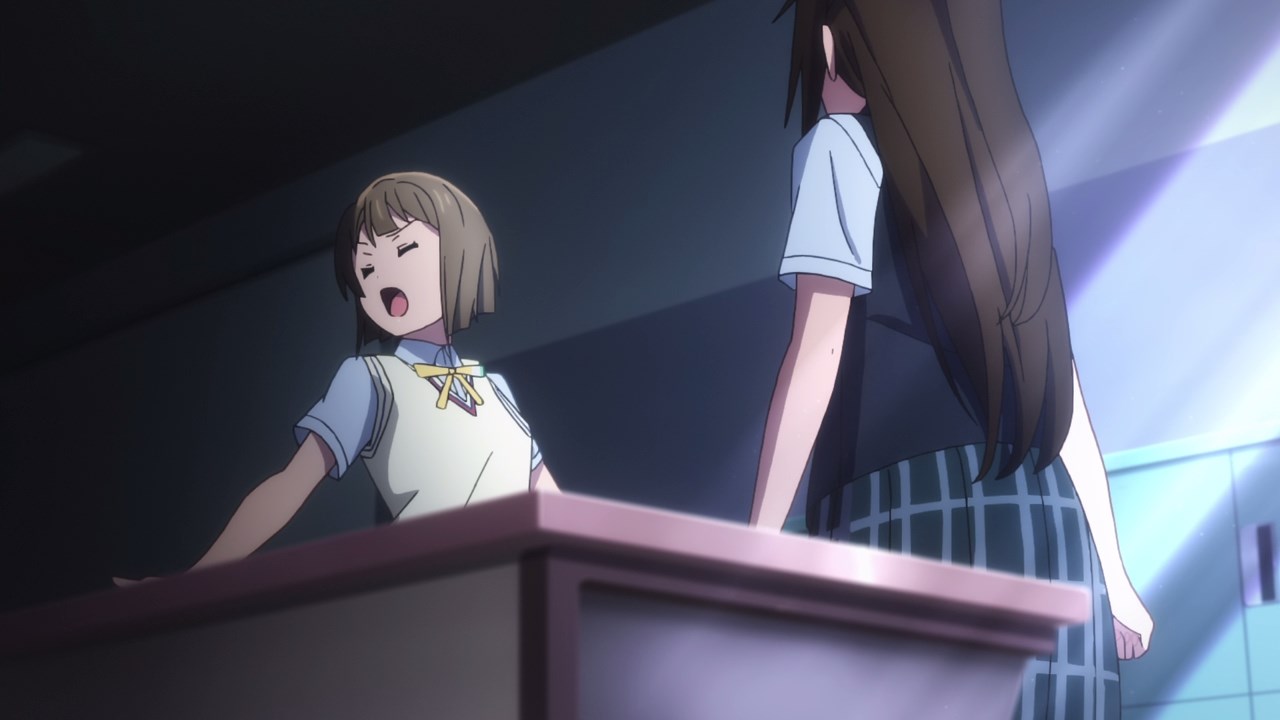 In any case, Kasumi wants Shizuku to succeed in the audition and prove that she can be true to herself, while becoming a perfect actress to everyone’s eyes.

Well, I have to say that Nakasu is very supportive to her friend even though she’s a bit pushy. But hey, it’s better this way! 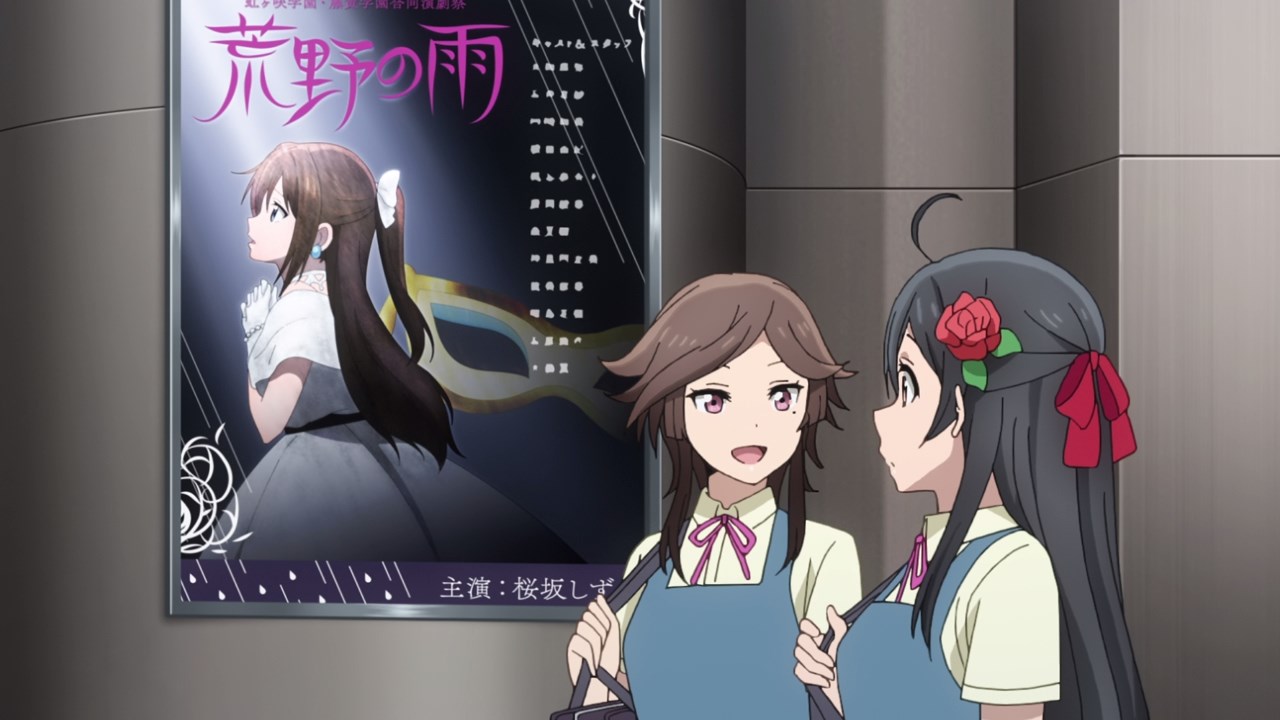 Now then, it’s time for the stage play “Rain in the Wastelands” where it’s a co-production between Nijigasaki High School and Touou Academy.

Speaking of Touou Academy, here’s both Misaki Shidou and Himeno Ayanokouji where they’re interested on watching the stage play because of Shizuku Osaka. And really, Shizuku succeeded on getting the leading role. 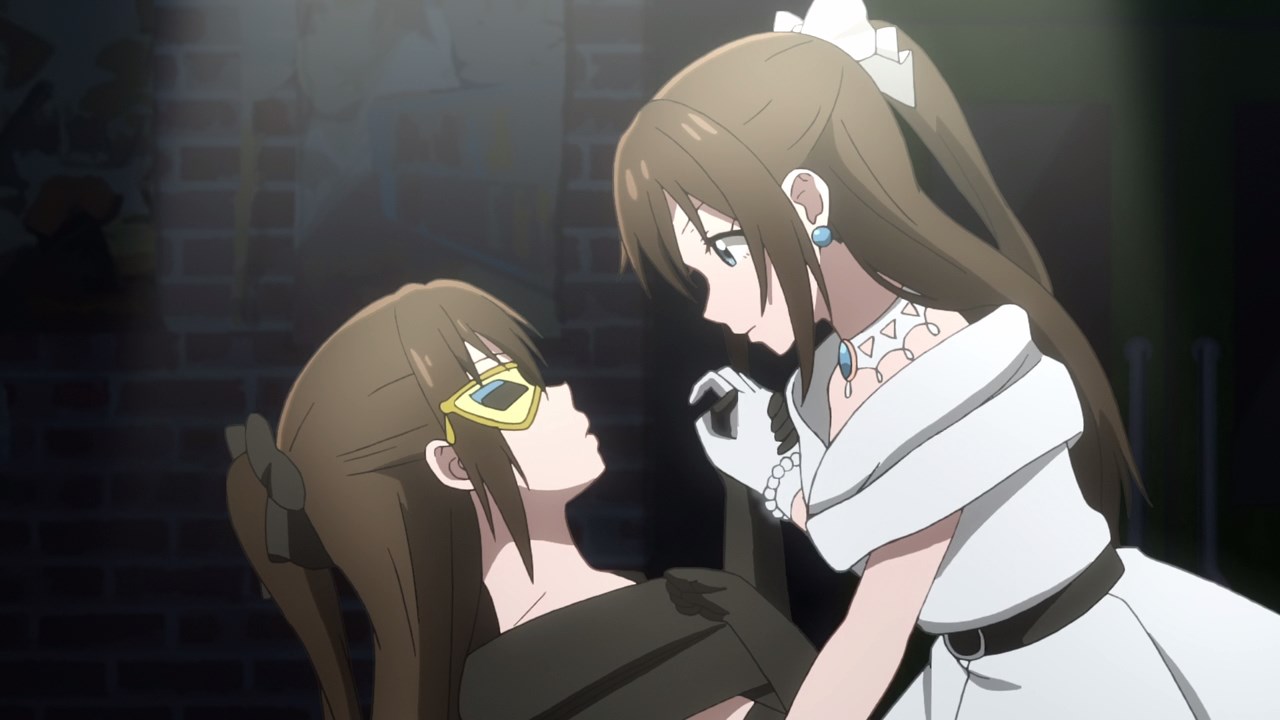 But here’s Shizuku Osaka where she looks fantastic as Shizuku is doing a great job in her leading role.

Oh by the way, that girl who looked like Shizuku but she’s wearing a mask? You’ll find out later. 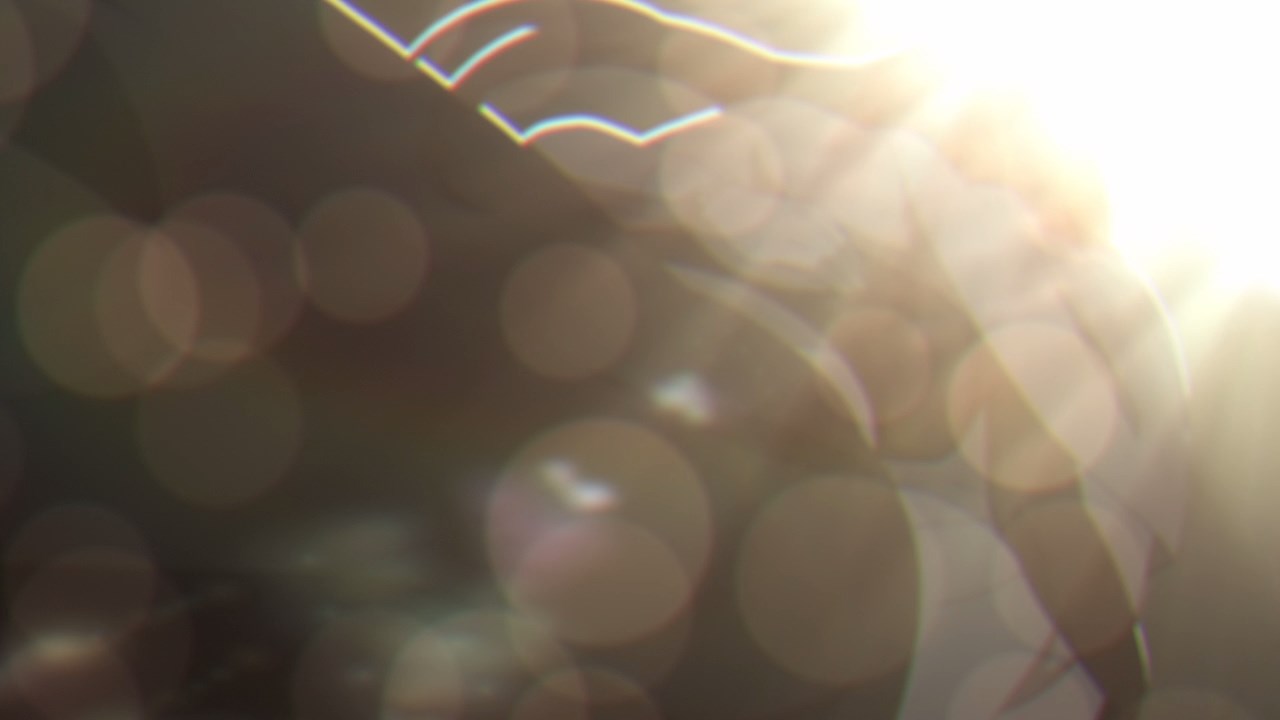 Now then, it’s time for the finale where Shizuku Osaka will perform her song “Solitude Rain” as she merges with her twin.

Actually, Shizuku just changed clothes while her doppelganger went to the backstage. But hey, it’s a nice transformation leading up to her solo performance. 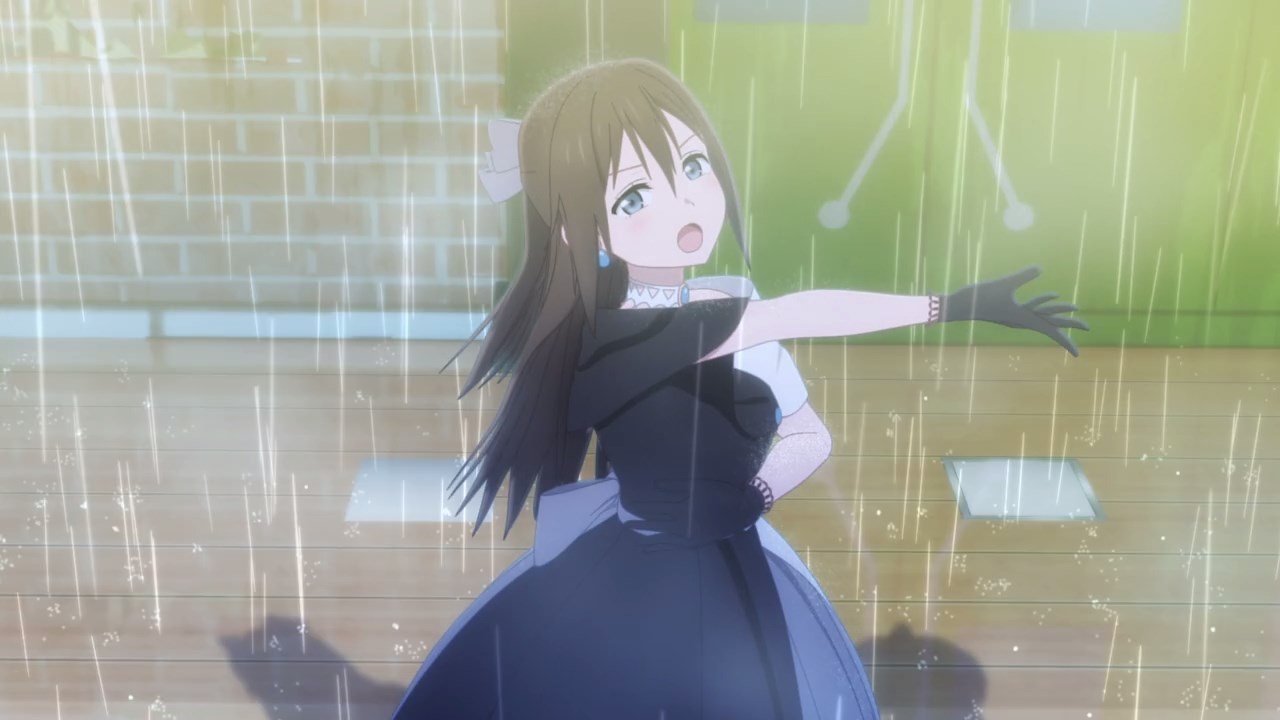 Oh, and it has rain too! Anyways, I have to say that Shizuku’s performance is top-notch that she finally got the resolve to show her true self to everyone. 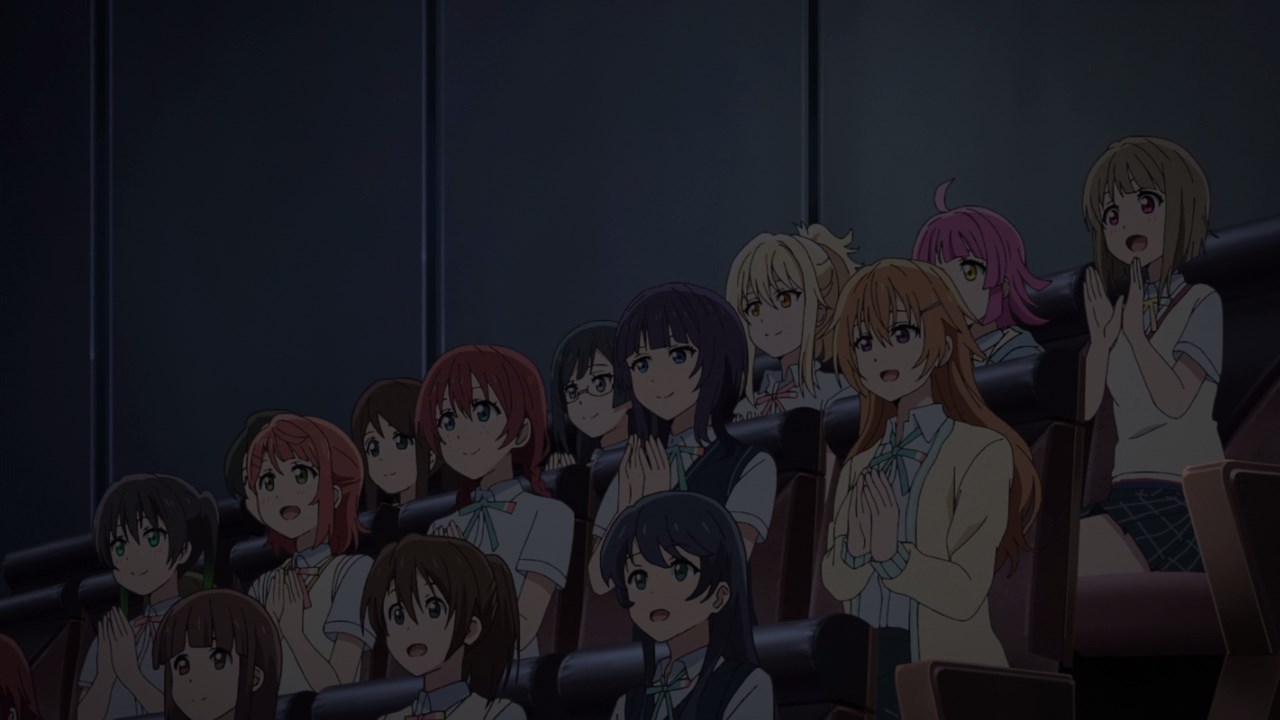 And so, the stage play has ended and everyone gave a round of applause to Shizuka Osaka. Oh yeah, and do you wanna know who played Shizuku’s twin? 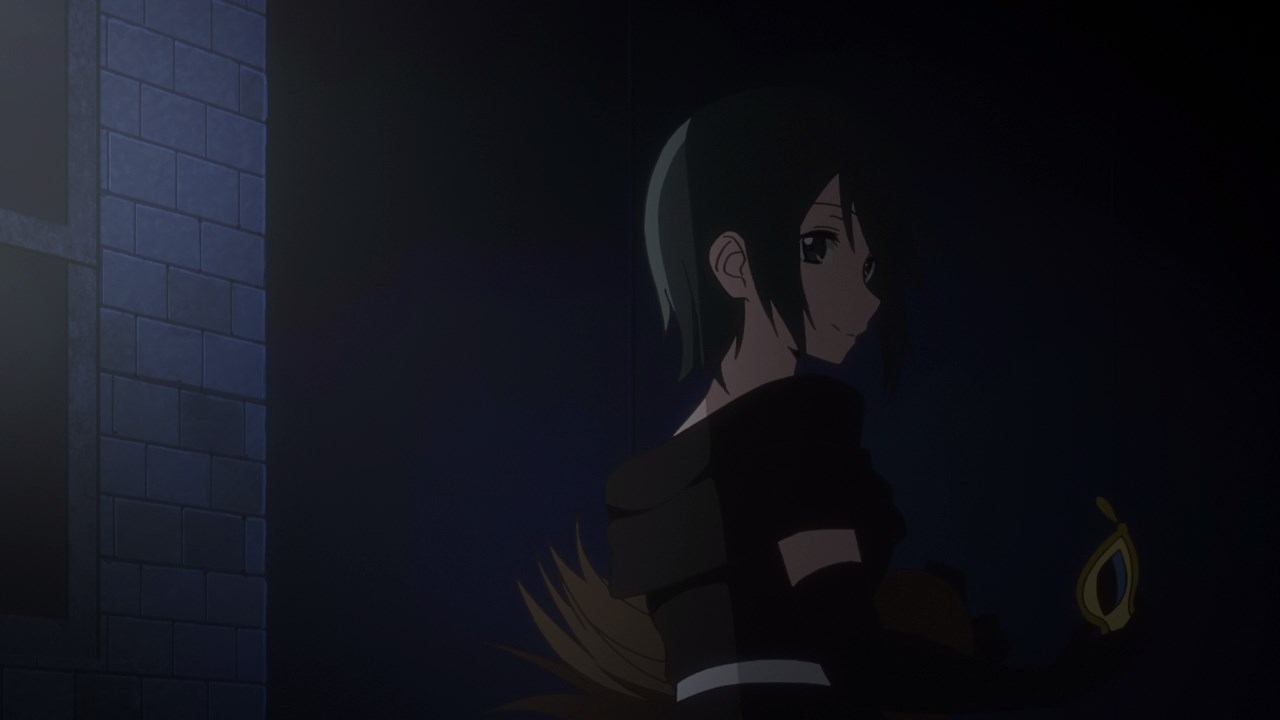 Why it’s none other than the drama club president as she did a great job of supporting Shizuku-chan. Come to think of it, did she learn the ropes from Seisho Music Academy? Nah, it can’t be!

But that’s the end of this episode as 8 stage- I mean, school idols are finally featured. Now all that’s left is Karin Asaka as I can’t wait for her on the next episode!