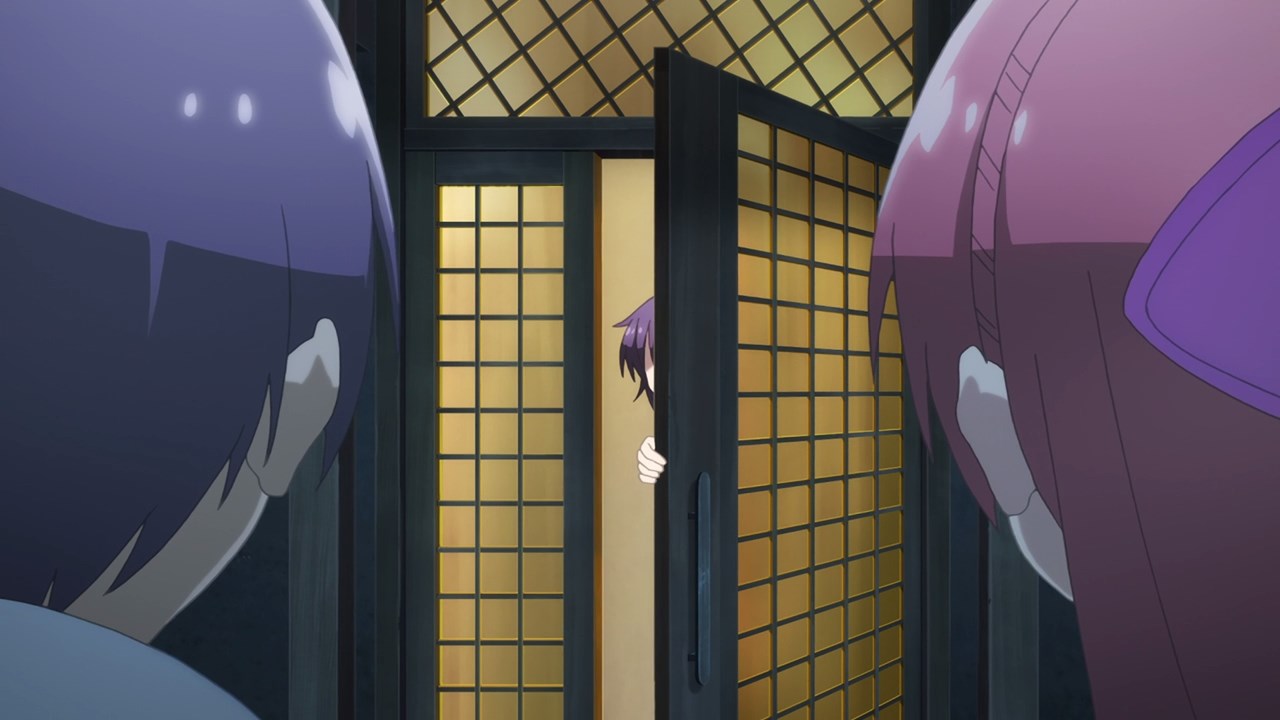 Oh boy, looks like Nasa Yuzaki’s parents are expecting him to show his new wife, Tsukasa. BTW, I wonder if the Tsukuyomi approved their marriage as I haven’t seen them yet? 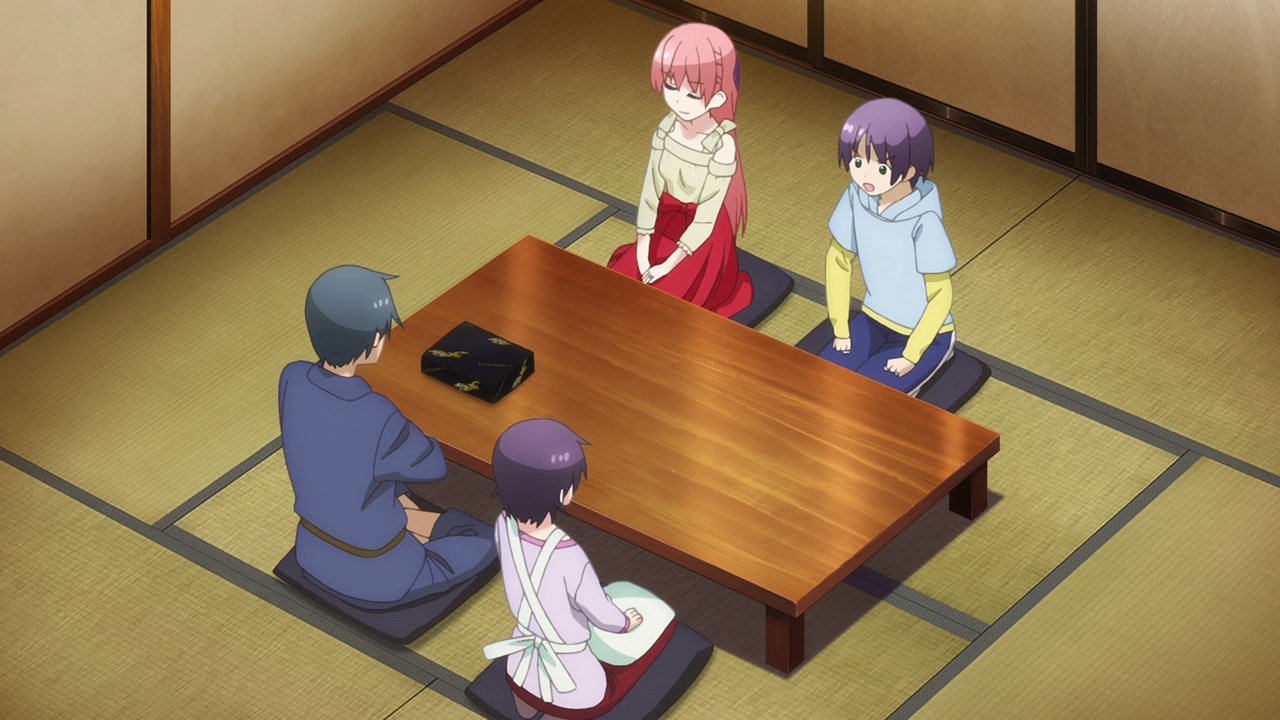 Anyways, it’s time for Nasa-kun to introduce Tsukasa-chan to his mother and father, Kanoka and Enishi Yuzaki.

By the way, his parents are originally from Tokyo but they decided to stay in Nara because of Enishi’s career, which turned out to be an archeologist as he wants to explore ancient artifacts in that prefecture. 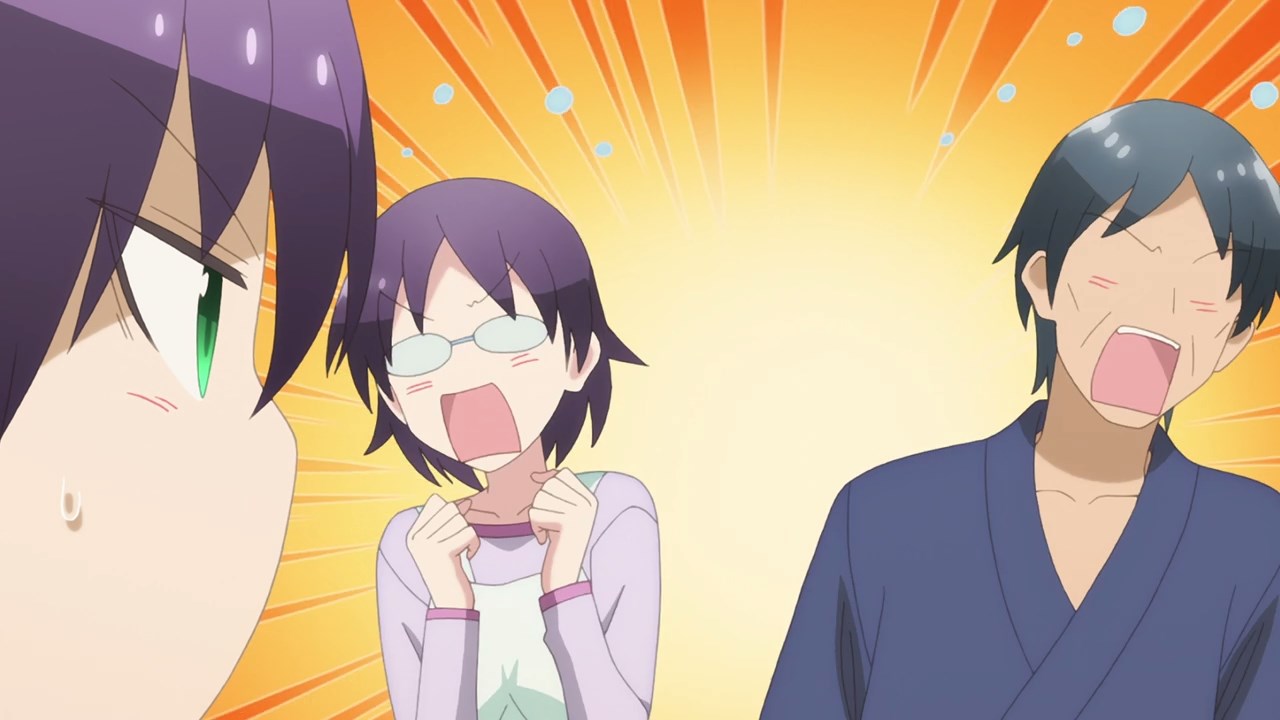 Speaking of Nasa’s parents, I’m surprised that despite acting a bit awkward to Tsukasa-chan, both Kanoka-san and Enishi-san are really caring towards their son. This is a stark contrast to Hayate Ayasaki where his parents are abusive towards him, but at least Hayate got a good life under Nagi Sanzenin.

Now then, it’s time for Nasa-kun to discuss about getting some financial aid from his parents as he and Tsukasa needed some money to rent a large apartment. Then again, seems that they’re still too awkward to discuss that. 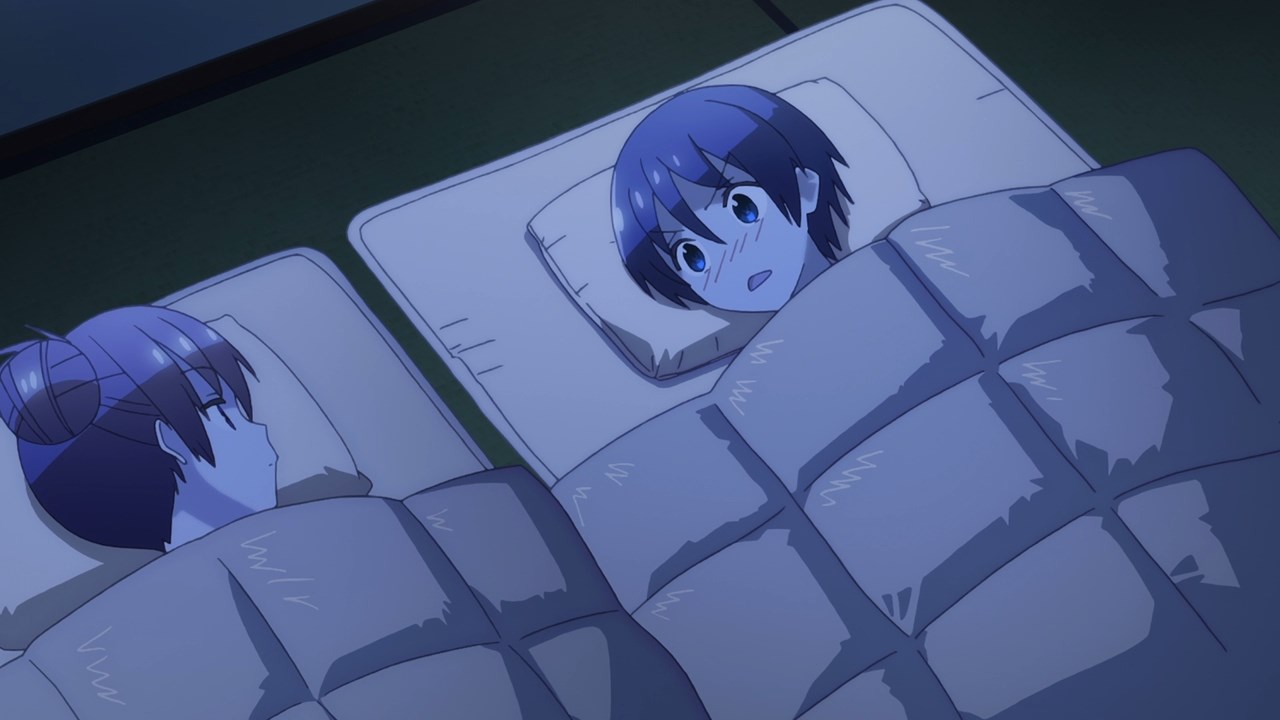 For now, it’s time to spend the night at the Yuzaki residence. Of course, it would be nice if they’re sleeping in a king-size bed, but having two futons side-by-side is a good option. 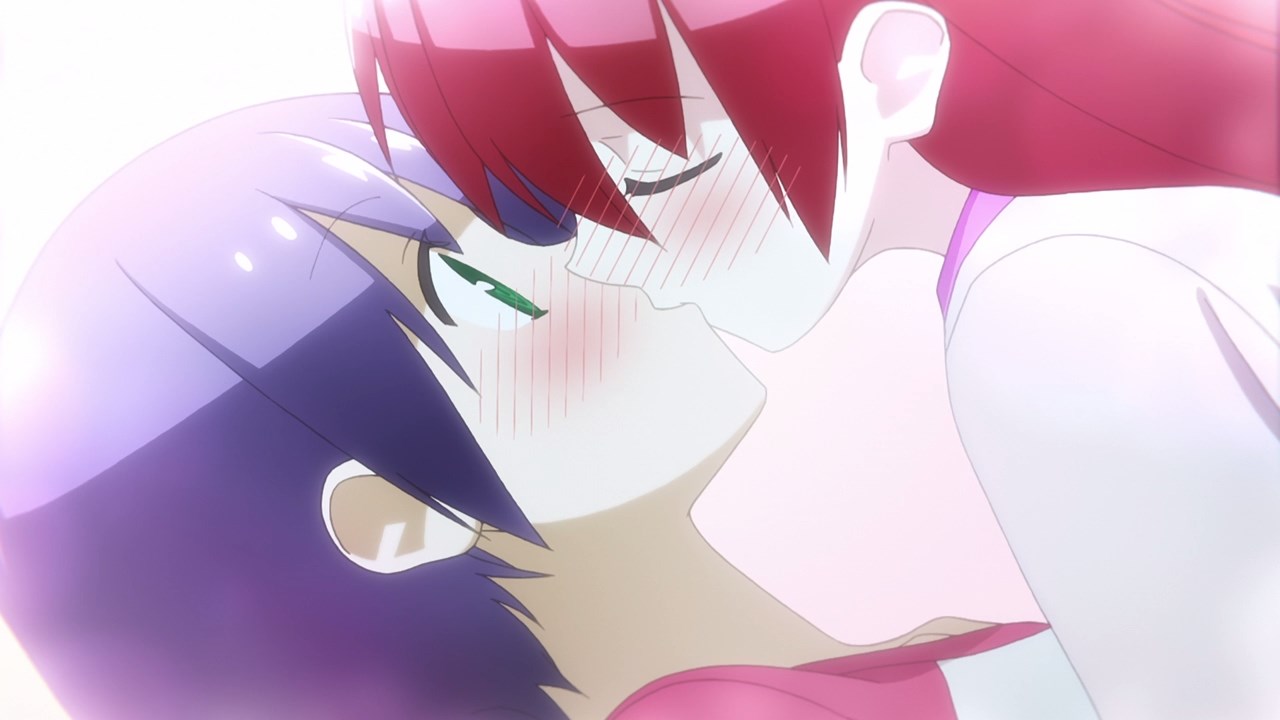 Of course, let’s not forget that they share a good night kiss, although Nasa and Tsukasa should realize that Kanoka and Enishi are sleeping in another room. 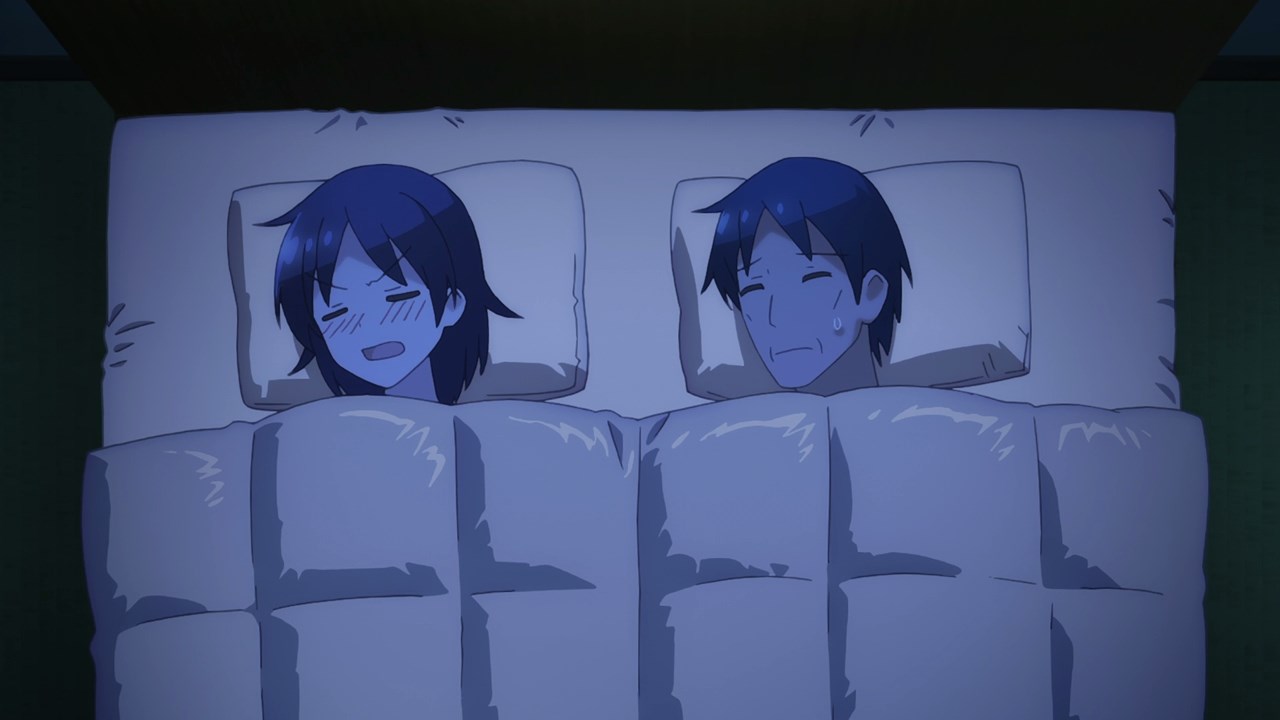 Speaking of Nasa’s parents, they expect their son to seal the deal with his wife but c’mon, they’re overthinking things. 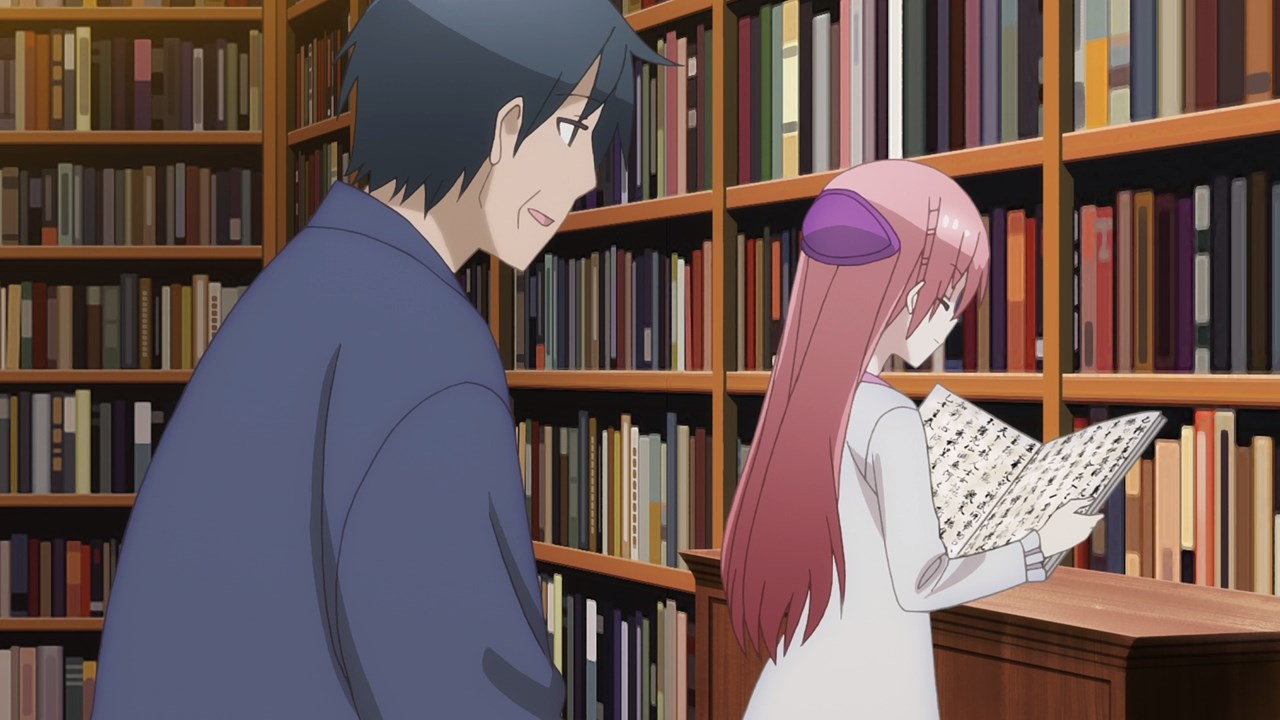 Now let’s move onto Tsukasa Yuzaki where she went to Enishi’s study room as she’s mesmerized by his book collections. Then again, Tsukasa has some little interest when it comes to ancient history… or she’s starting to take notice of it.

By the way, Nasa suggested his father to store all of the reference books into a cloud server, but then again there’s no guarantee that it’ll be kept there forever as the server might go kaput or something.

Still, Enishi is thankful towards Tsukasa-chan for saving Nasa-kun from being killed in a truck accident. 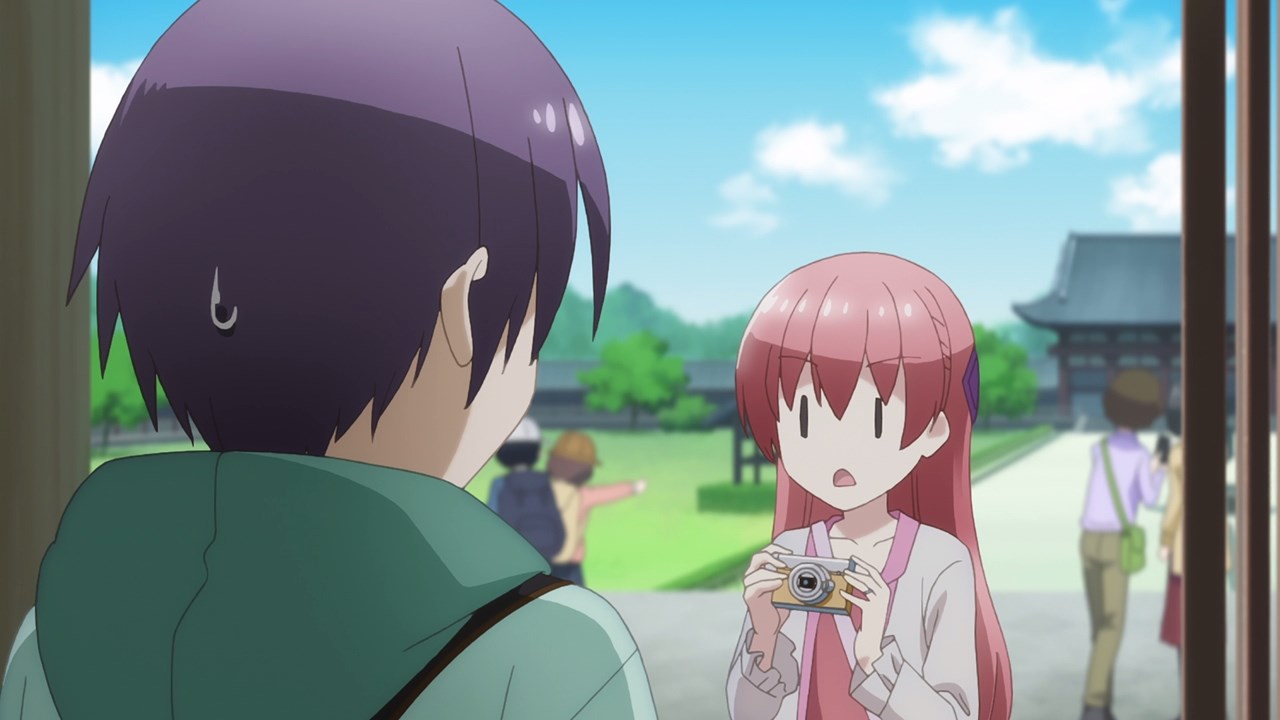 Oh yeah, the newlywed couple spend their time visiting various attractions in Nara Prefecture, including the buddha statue that was kept in Toudai-ji temple.

With that said, looks like they’re done in Nara Prefecture as Nasa and Tsukasa head home to Tokyo. Um you two, what about your financial aid from Kanoka-san and Enishi-san because you’re gonna move to a bigger apartment, right? Looks like they forgot about it. 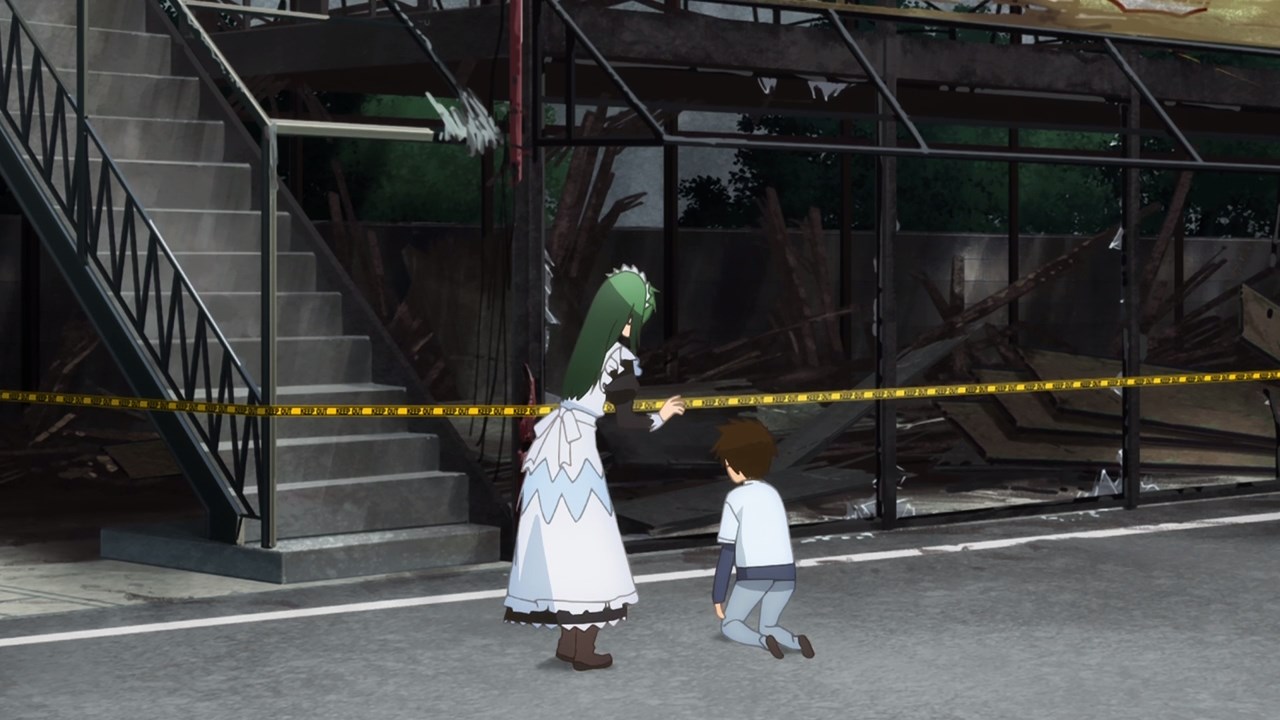 Of course, they really need some financial aid real fast as their apartment, which was owned by Wataru Tachibana, got burned into a crisp.

Okay, I have a feeling that Chitose Kaginoji burned their house down just to split the couple up. 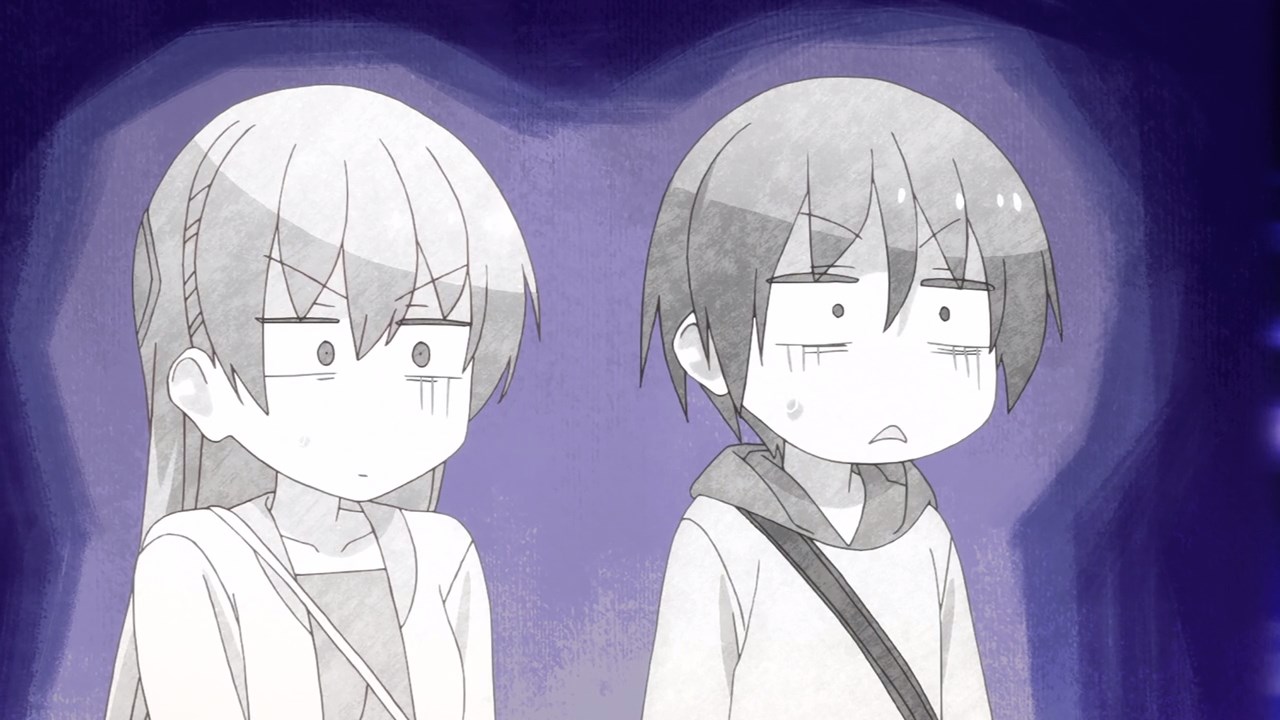 With that said, looks like Nasa Yuzaki will need to return to Nara and ask his parents for help.

Still, it’s bad to end this episode on a sour note as the couple currently don’t have a place to stay. Anyways, see ya next time!