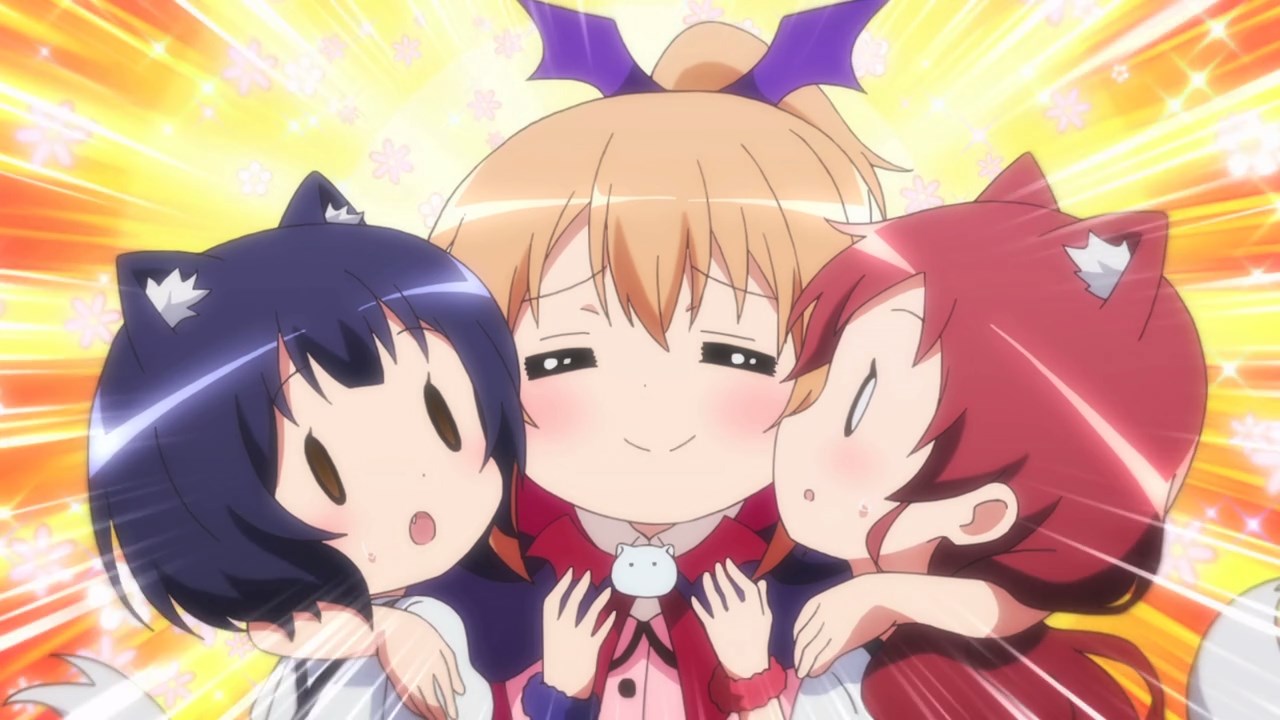 Hello everyone and I know that October has already passed, the spirit of Halloween lives on in GochiUsa as Cocoa Hoto and her friends are celebrating it! 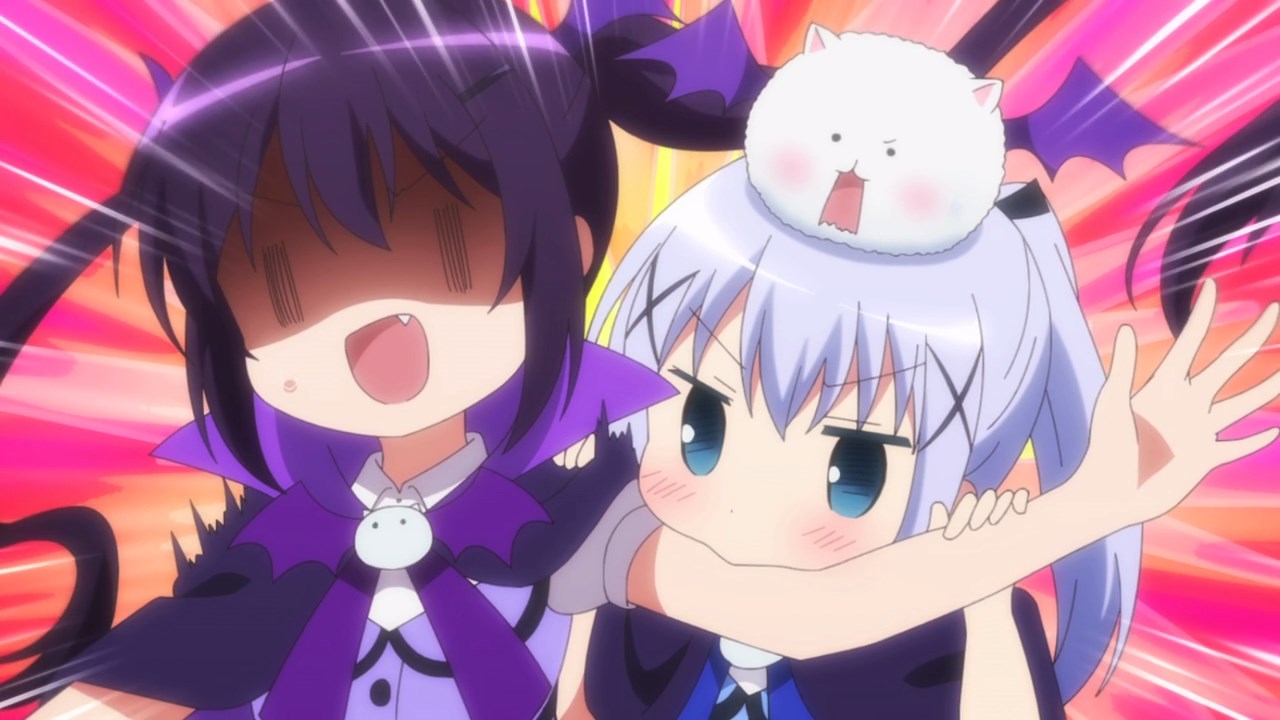 Oh, and this includes Chino Kafuu where she took a bite onto Rize Tedeza. Wow, Chino-chan is doing her best as a cute vampire! 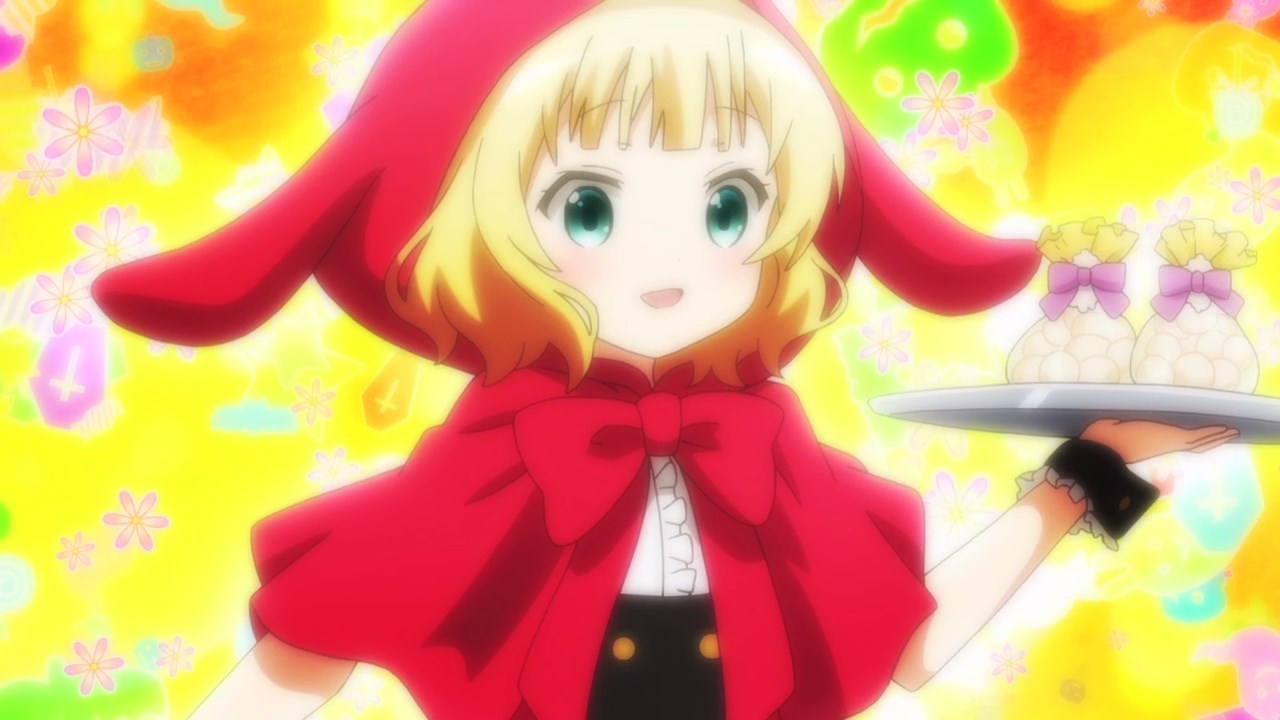 By the way, here’s Sharo Kirima where she’s dressed-up as Little Red Riding Hood. Gotta say that she looked decent to me. 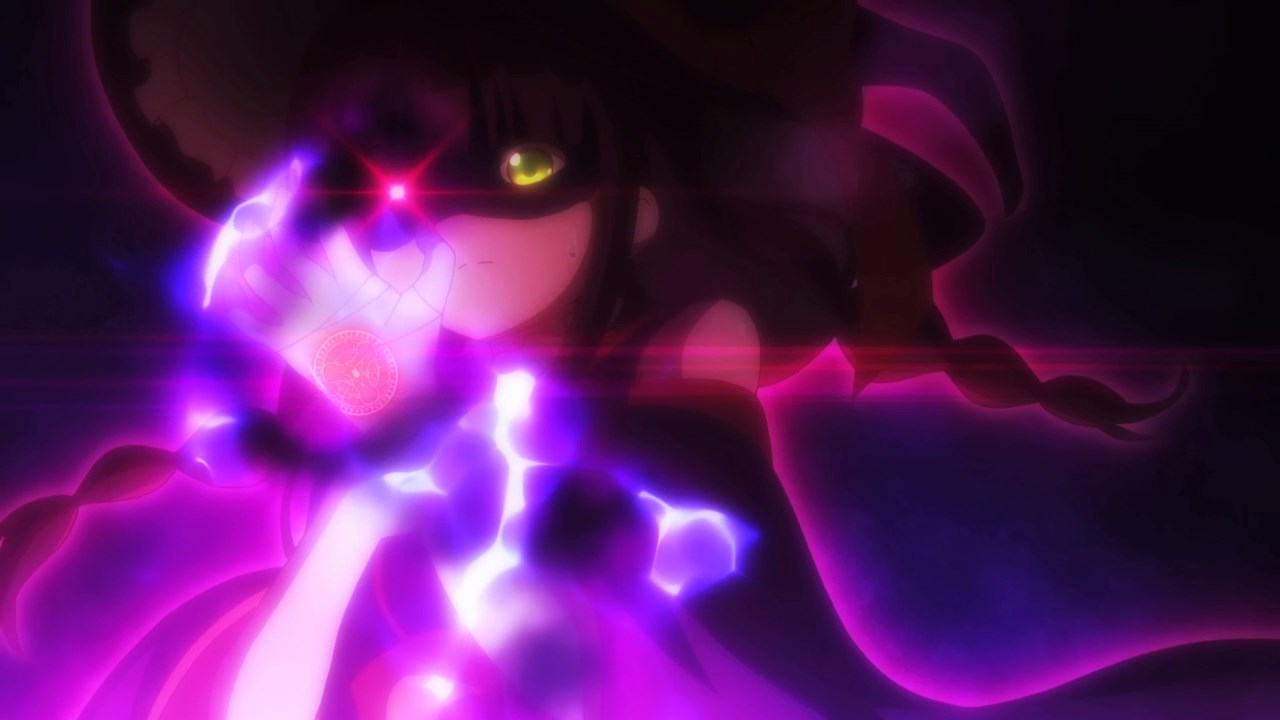 However, Chiya Ujimatsu takes the cake as she’s dressed-up as a witch, complete with her trembling left hand in which she’s about to lose control of her magic powers.

Actually, Chiya-chan’s left hand got hurt as she helped her grandmother on decorating Ama Usa An. But hey, she looks so cool as a witch! 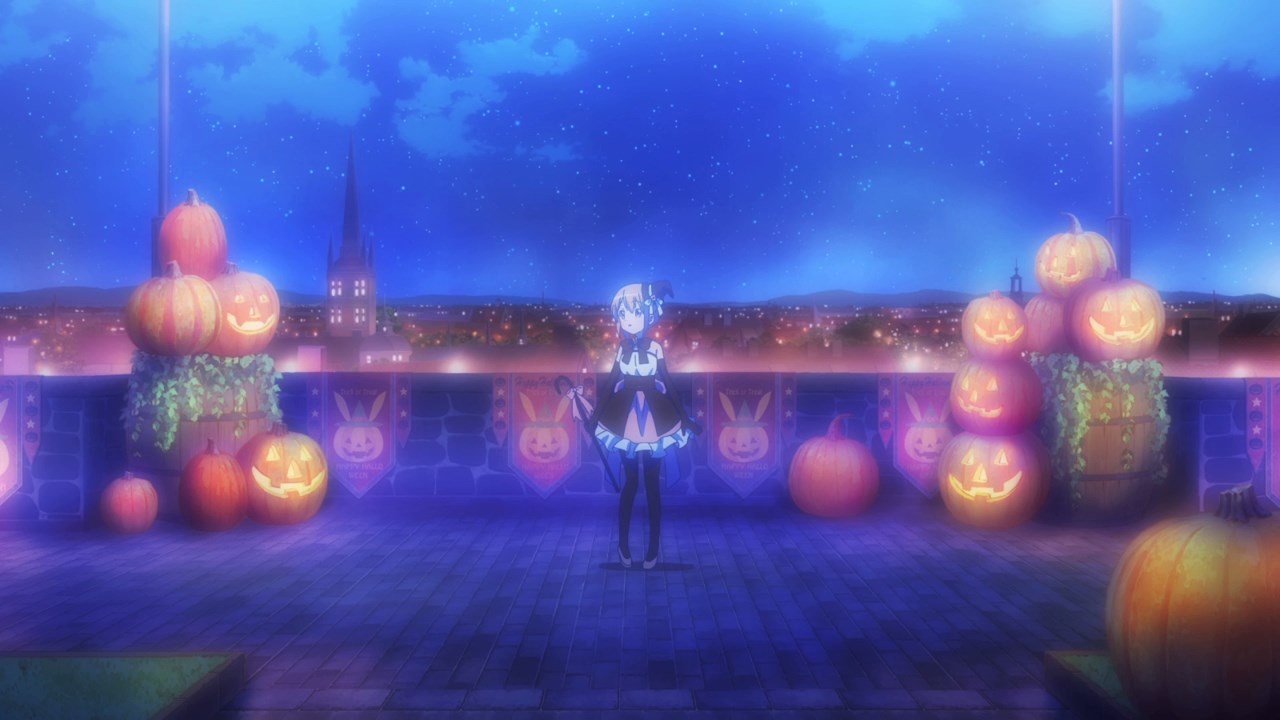 Now then, here’s Cocoa-chan where she was supposed to meet up with her friends, but she got lost as Cocoa went to another dimension. 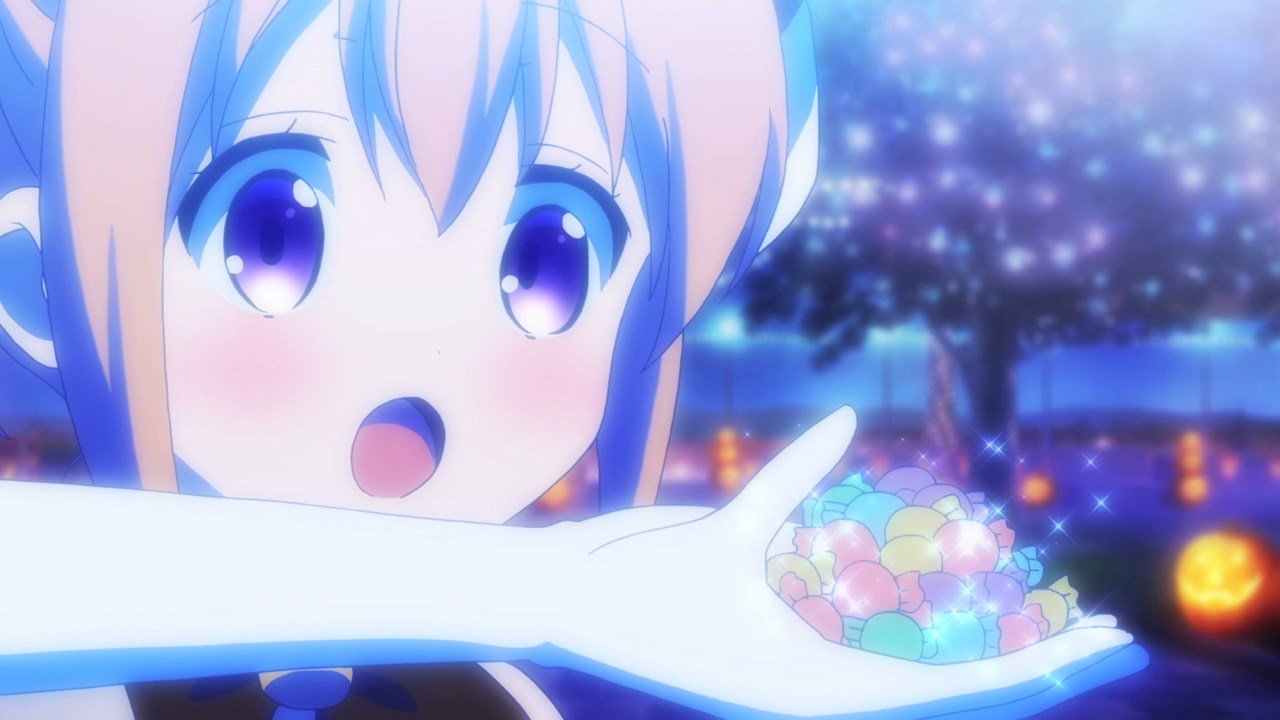 Oh yeah, and Cocoa Hoto is greeted by someone who gave her a candy straight out of her ear. Okay, seems that this strange person has somewhat made a nifty magic trick. 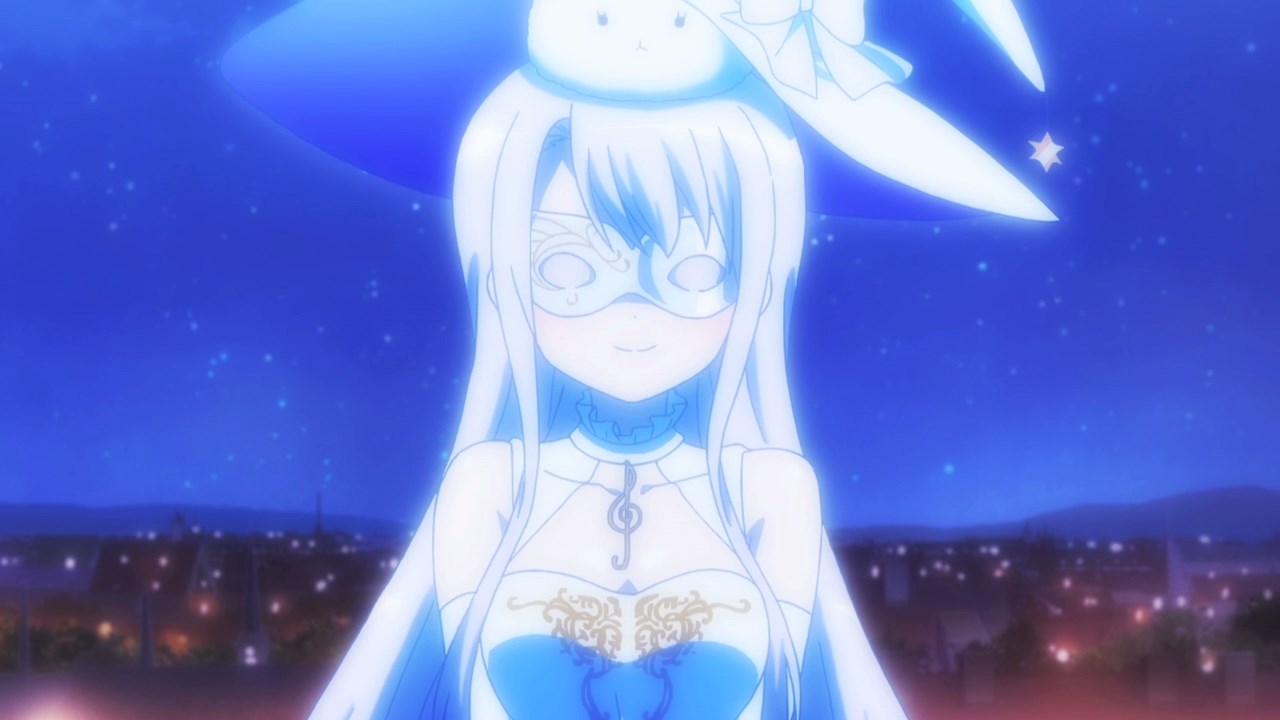 Anyways, this person happened to be a witch where she teach Cocoa on how to perform that candy summoning magic trick. Oh, and she has a certain Angora rabbit on top of her head.

You know something, does this witch happened to be Saki-san? I mean, her Angora rabbit resembles Tippy but anyways, I feel that she’s here to play some tricks on Chino’s friends. 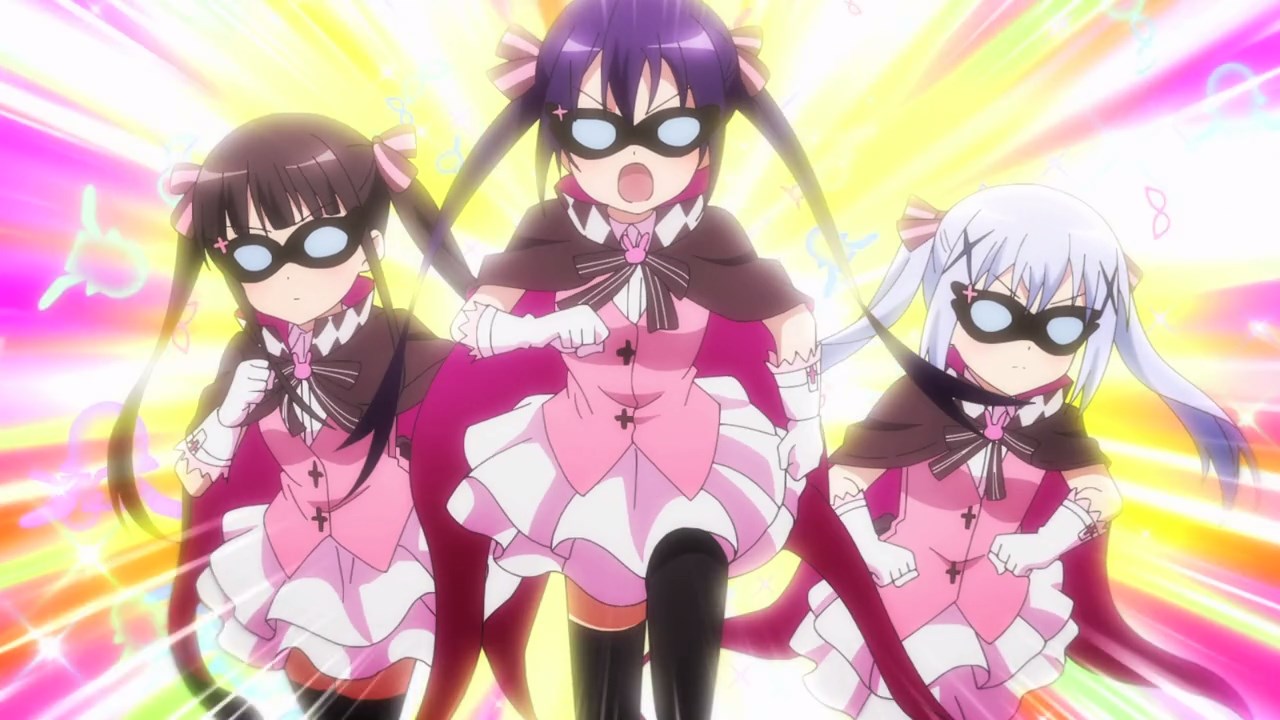 Speaking of Chino Kafuu, she and her two friends are here because they’re really worried towards Cocoa-chan. Also, they’re wearing the same Lapin costume for some weird reason. 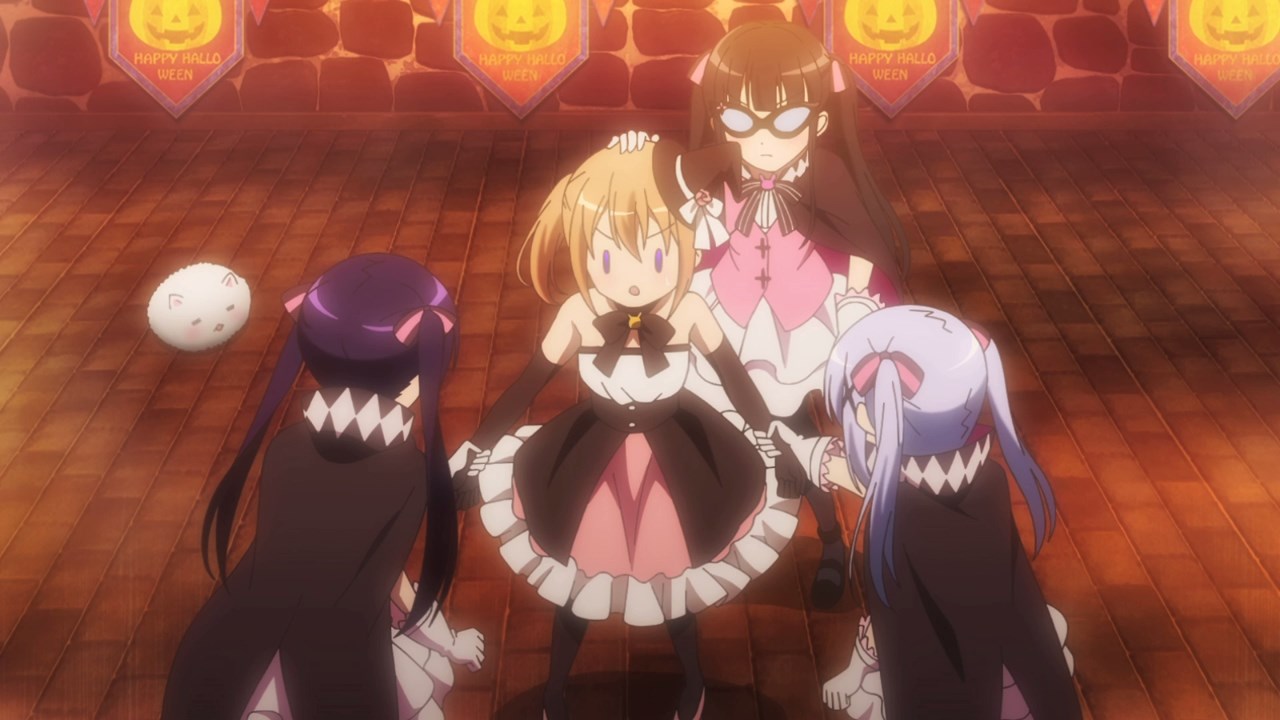 With that said, looks like Chino, Rize, and Chiya have managed to capture Cocoa-chan. Sadly, it seems that the witch has disappeared, which is sad because Cocoa wanted to thank her for teaching that magic trick. 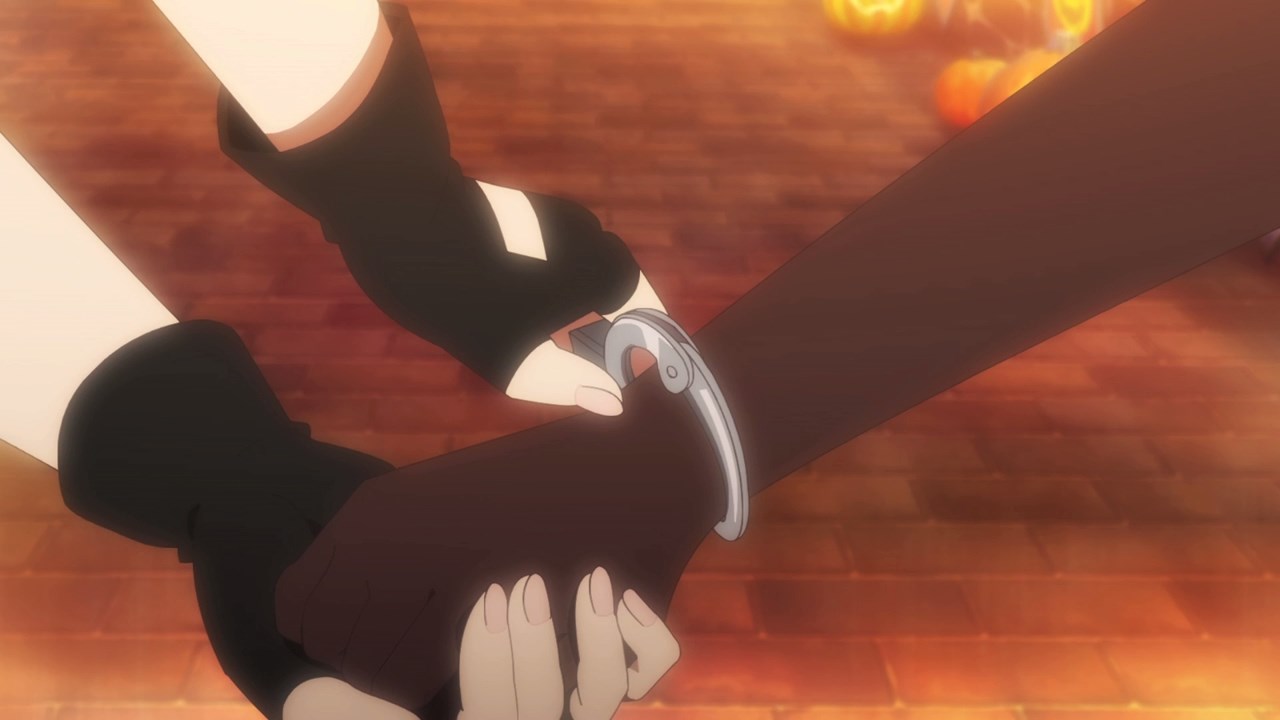 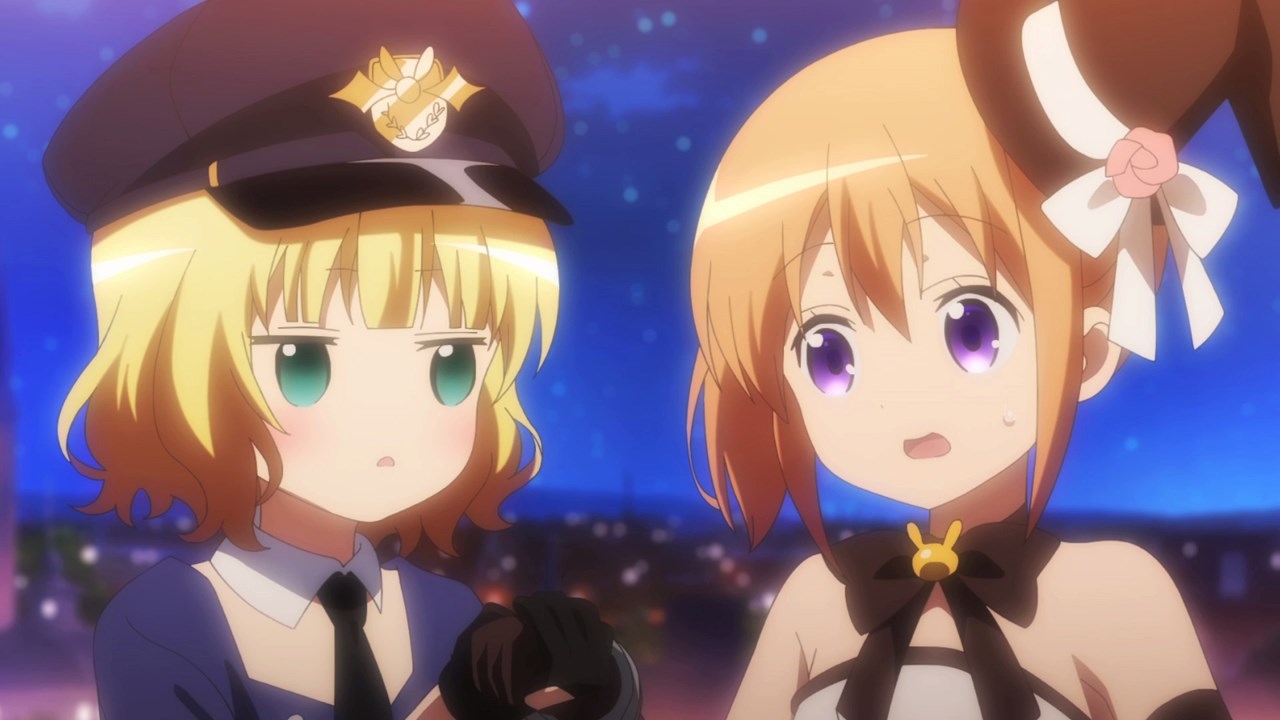 One more thing, here’s Sharo Kirima where she arrests Cocoa Hoto for making everyone worry. I mean, she briefly went to another dimension before Cocoa got back into the real world. 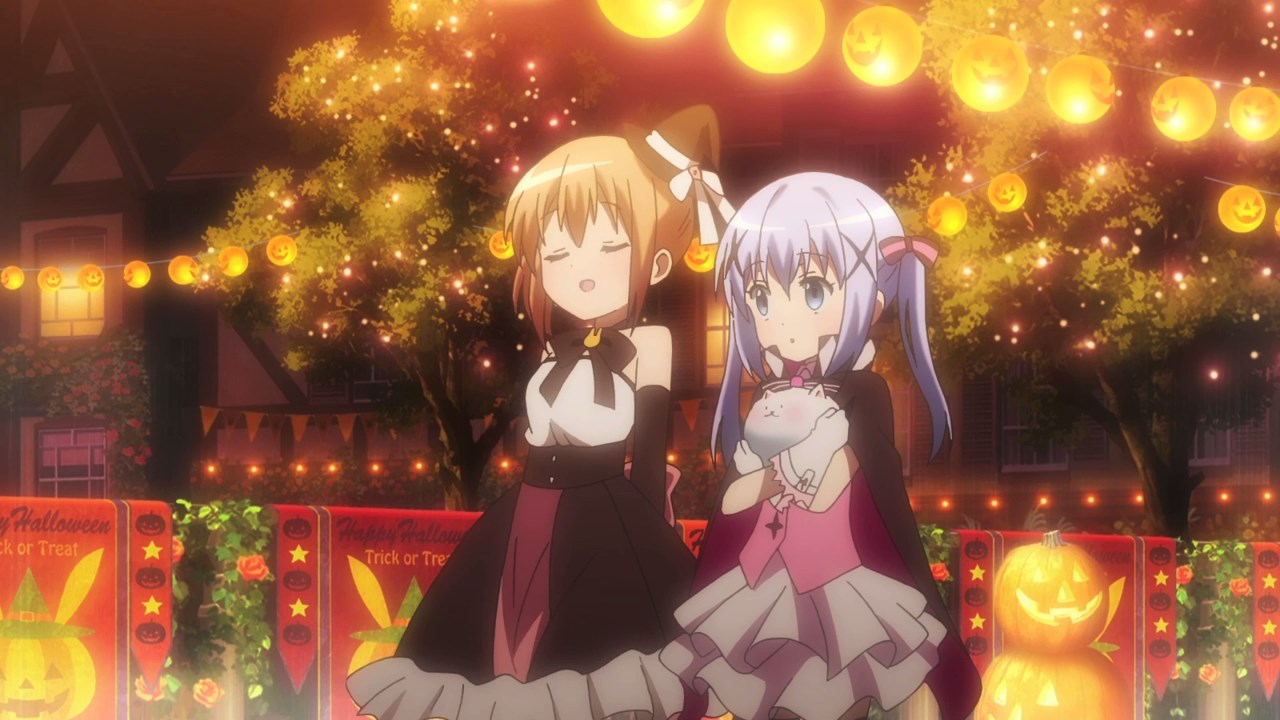 But anyways, here’s Cocoa-chan where she’s gonna perform a new magic trick to Chino-chan, which she learned it from the mysterious witch. 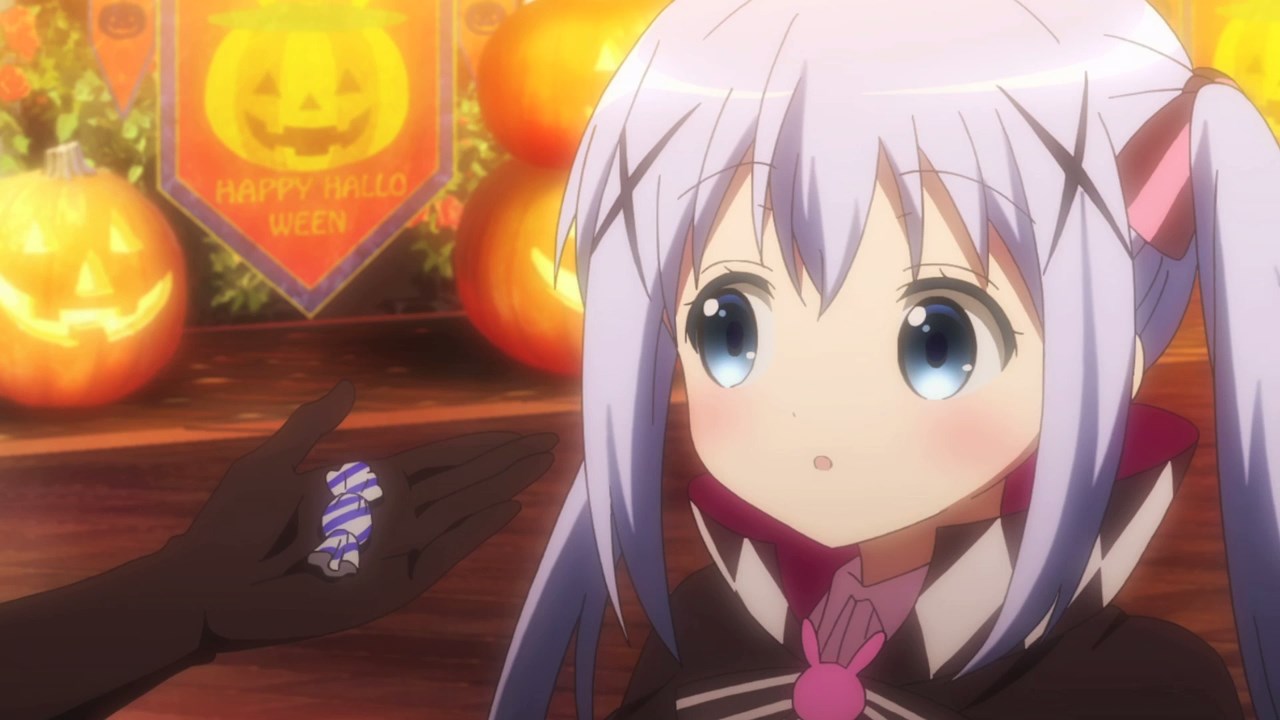 And sure enough, Cocoa managed to pull off that trick. For Chino-chan, it seems that she remember the time her deceased mother performed the candy summoning magic trick. 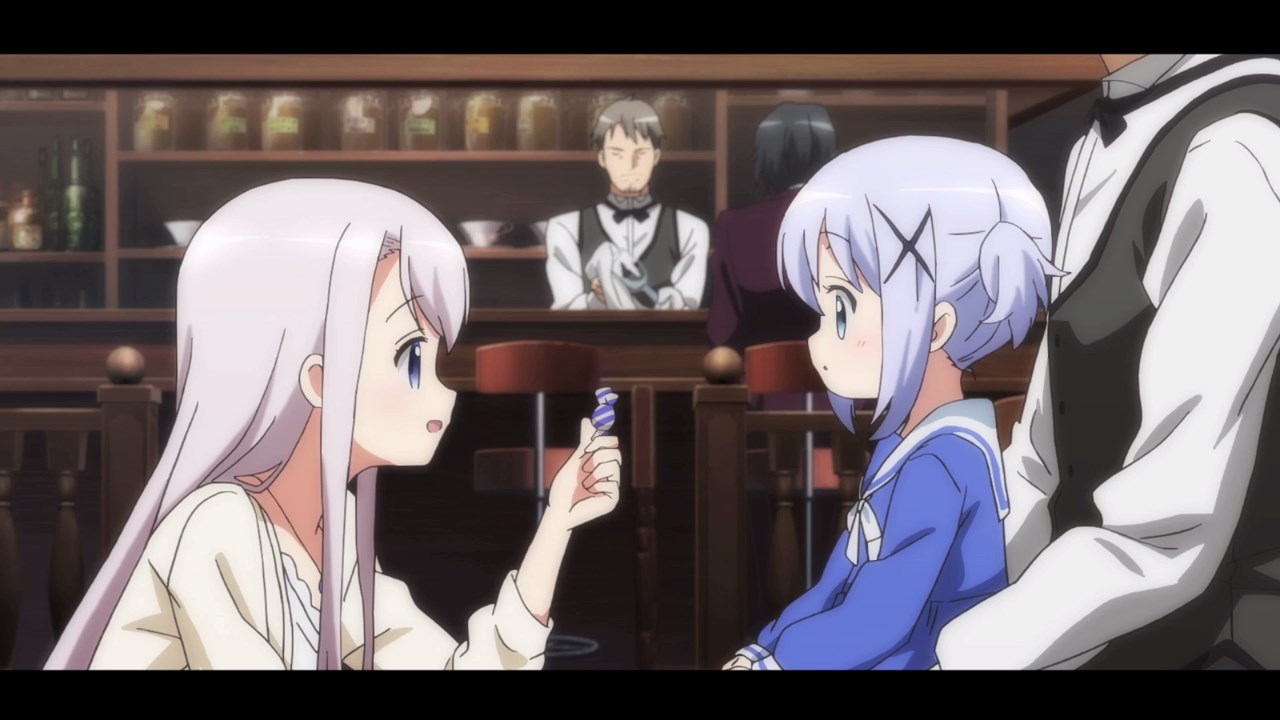 Oh yeah, and here’s Saki-san where she did that magic trick to little Chino-chan. You know something, Chino’s mother did pay a visit to the mortal world and play tricks on Chino-chan and her friends.

Still, I think that Saki’s visit will remain a mystery but hey, it was a nice Halloween episode in GochiUsa Season 3. Anyways, see ya next time!