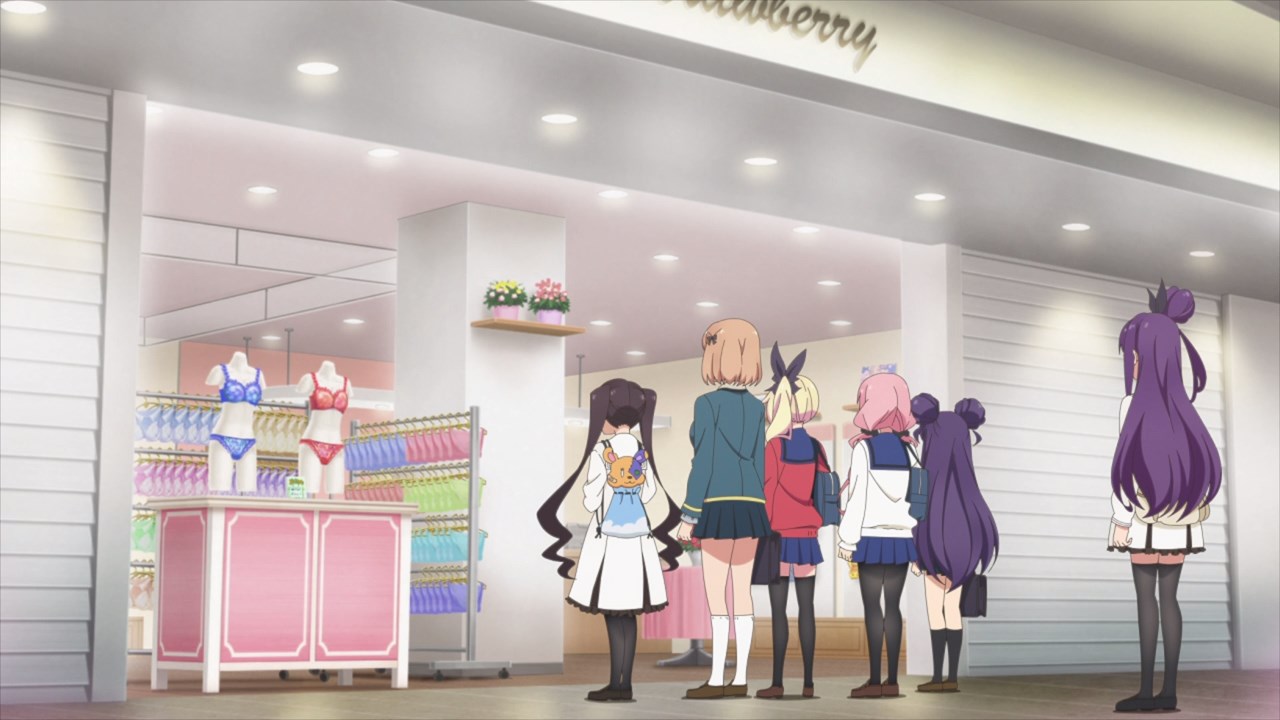 Well everyone, it’s time for Fruit Tart to prepare themselves for recording their brand-new song but first, Ino Sakura and the rest will have to buy some lingerie as they’re joined by Chiko Sekino. 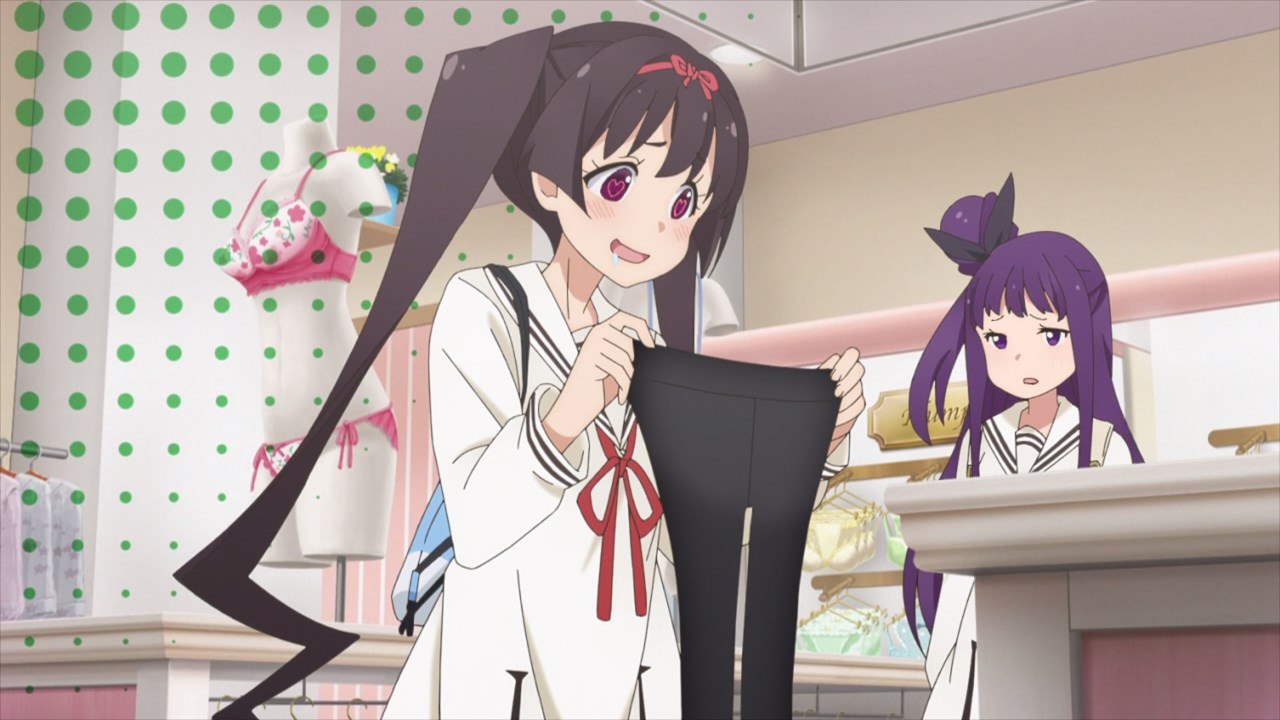 Of course, they’re gonna buy some provocative underwear that would serve as a lucky charm on the day of the recording, instead of trapping one guy ’cause it’s forbidden for idols to have relationships.

Oh yeah, and here’s Hemo Midori where she wants to buy some black tights because Hemo is really obsessed towards Ino-chan. Unfortunately, buying lingerie is kinda expensive. 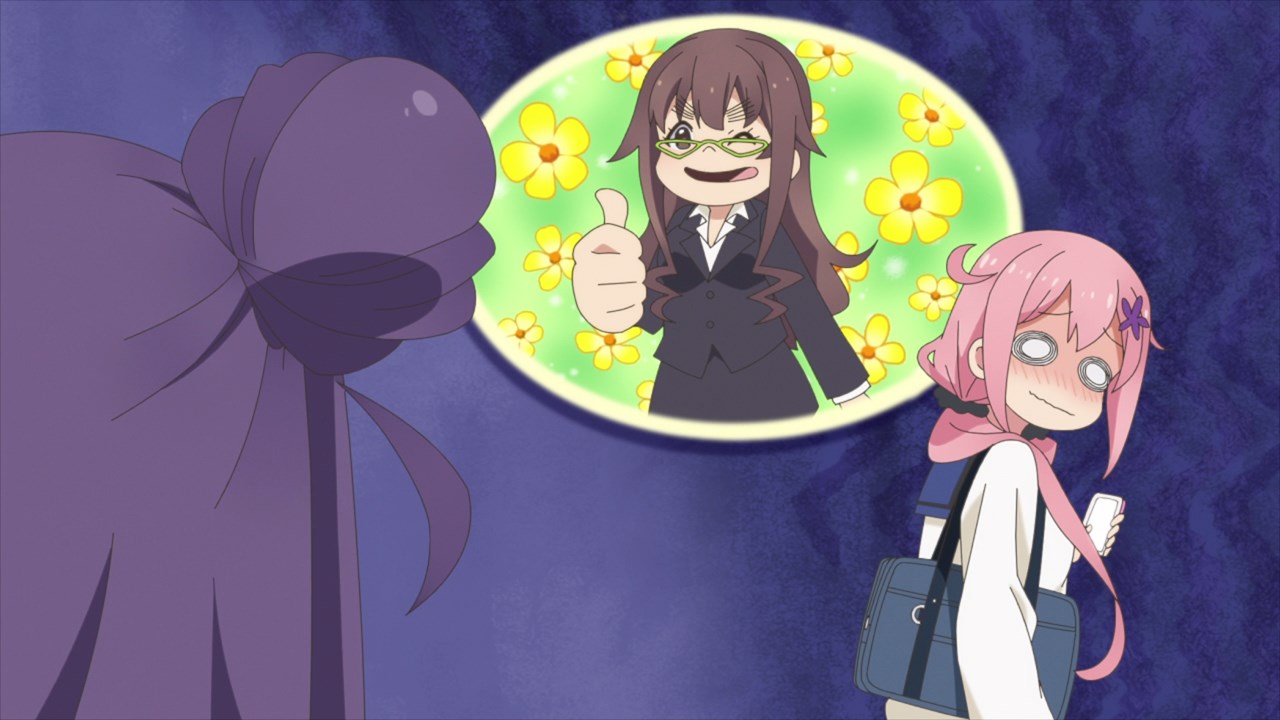 But don’t worry though as Hoho Kajino will fit the big for as long as the girls will flash their panties during their performance. Oh Kajino, you and your wacky ideas to promote Fruit Tart! 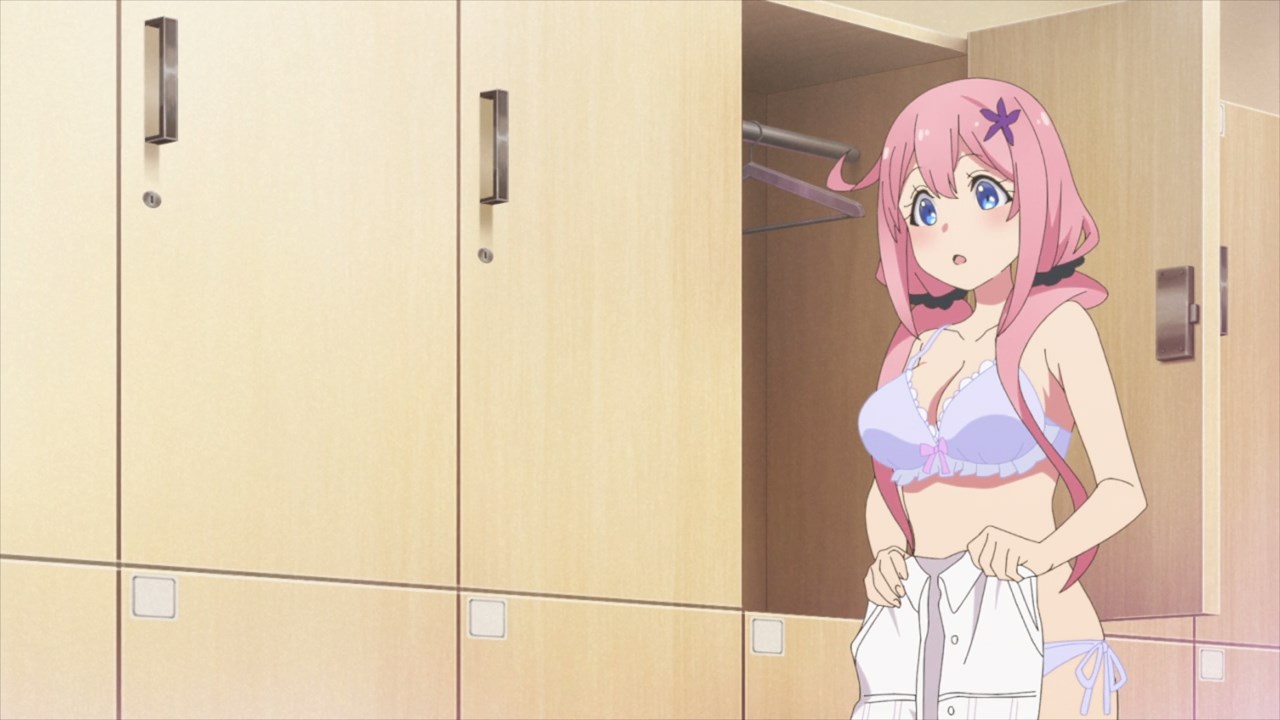 Anyways, they bought some underwear and I have to say that it’s not racy or anything, it’s just decent to be honest. 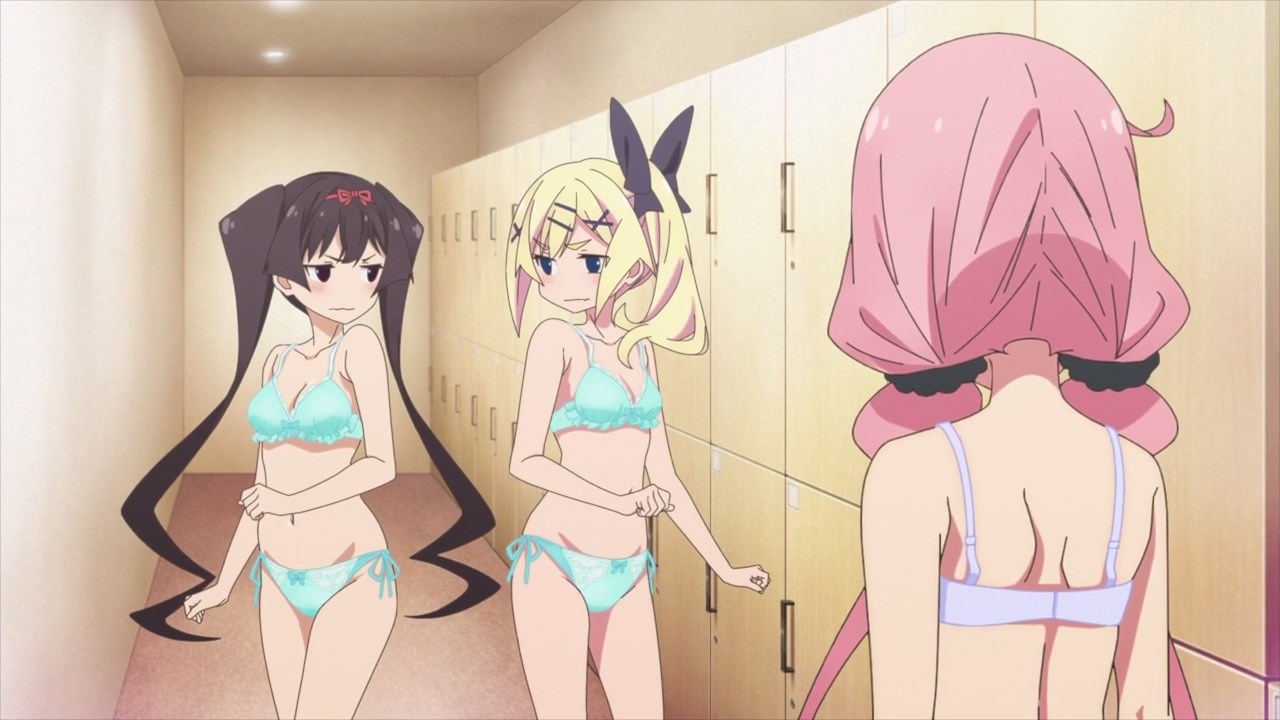 Of course, there’s one tiny bit problem as both Hemo Midori and Hayu Nukui bought the same lingerie. Very awkward! 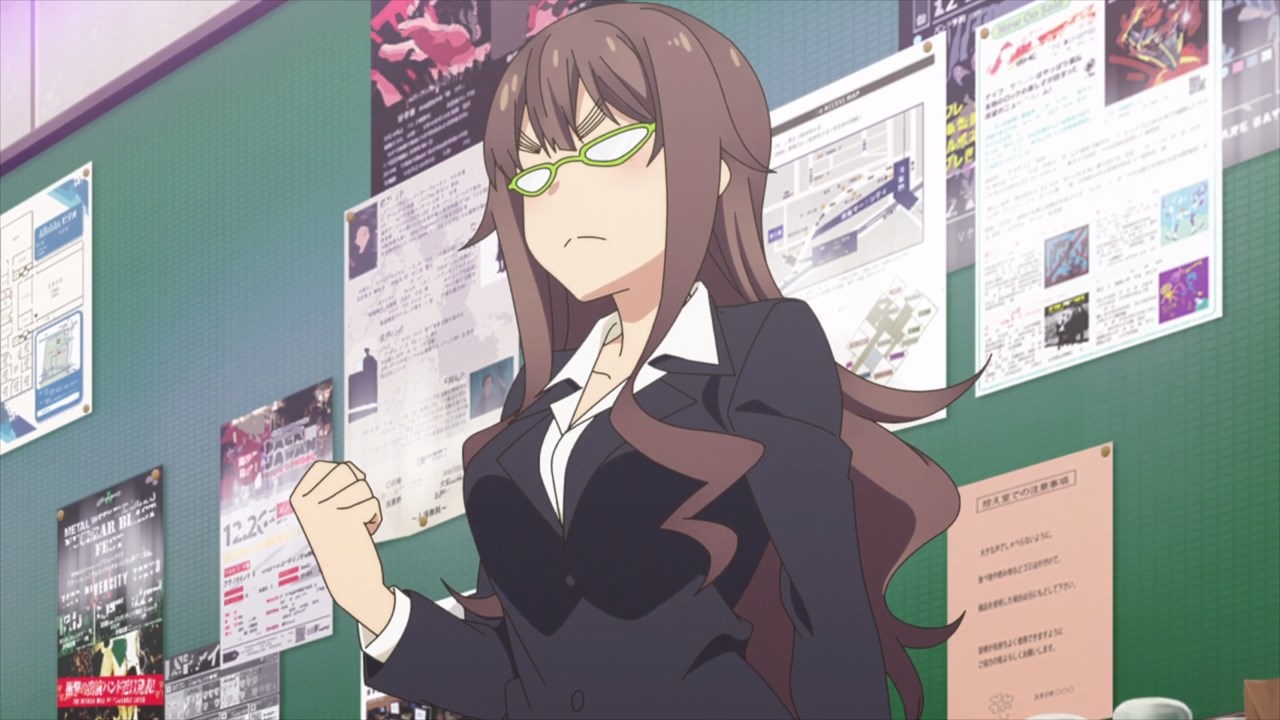 Now then, the day of the recording has finally arrived as it’ll be a make-or-break moment for Fruit Tart.

For Hoho Kajino, she wants those girls to succeed so that Nezumisou will be saved from demolition, and get a promotion once Fruit Tart becomes a successful idol group. 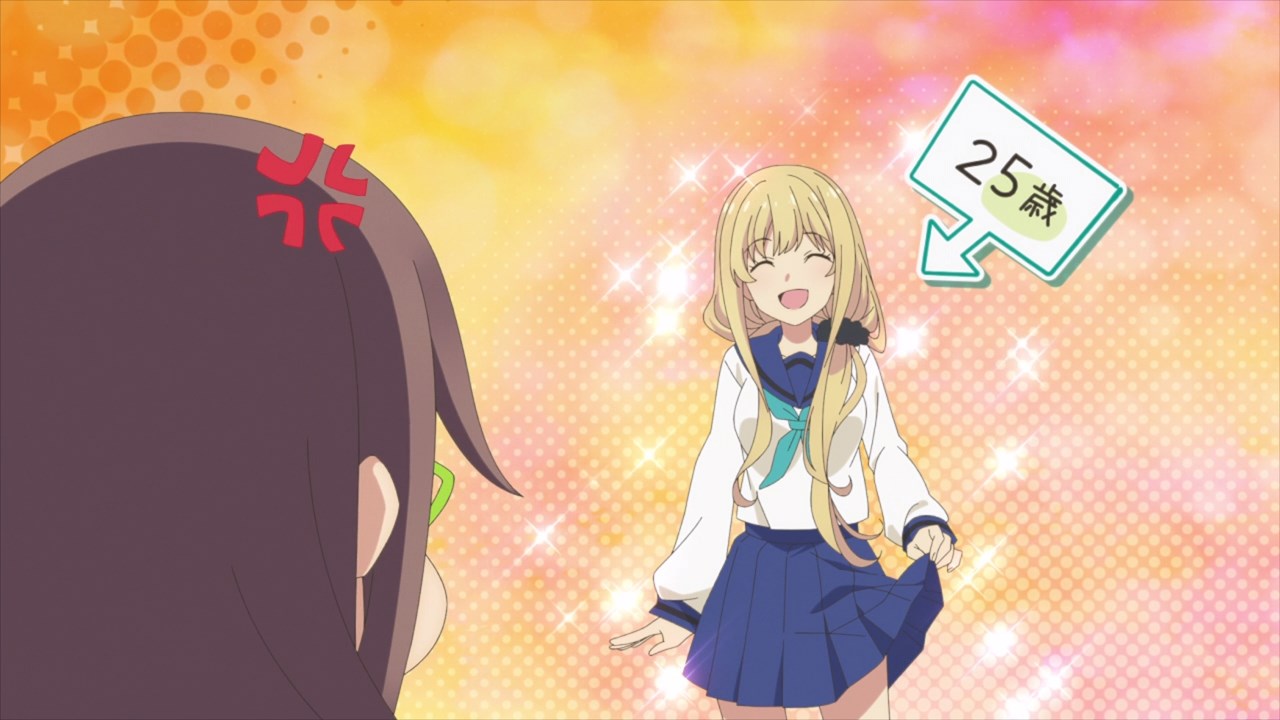 Oh and here’s Riri Higashi where she’ll remind you that despite wearing a school uniform, Riri-san is actually 25 years old who can pass it up as a teenager.

In any case, Higashi will serve as the producer for Fruit Tart’s new song since Kajino is still a manager. Man, Hoho is really pissed towards her friend! 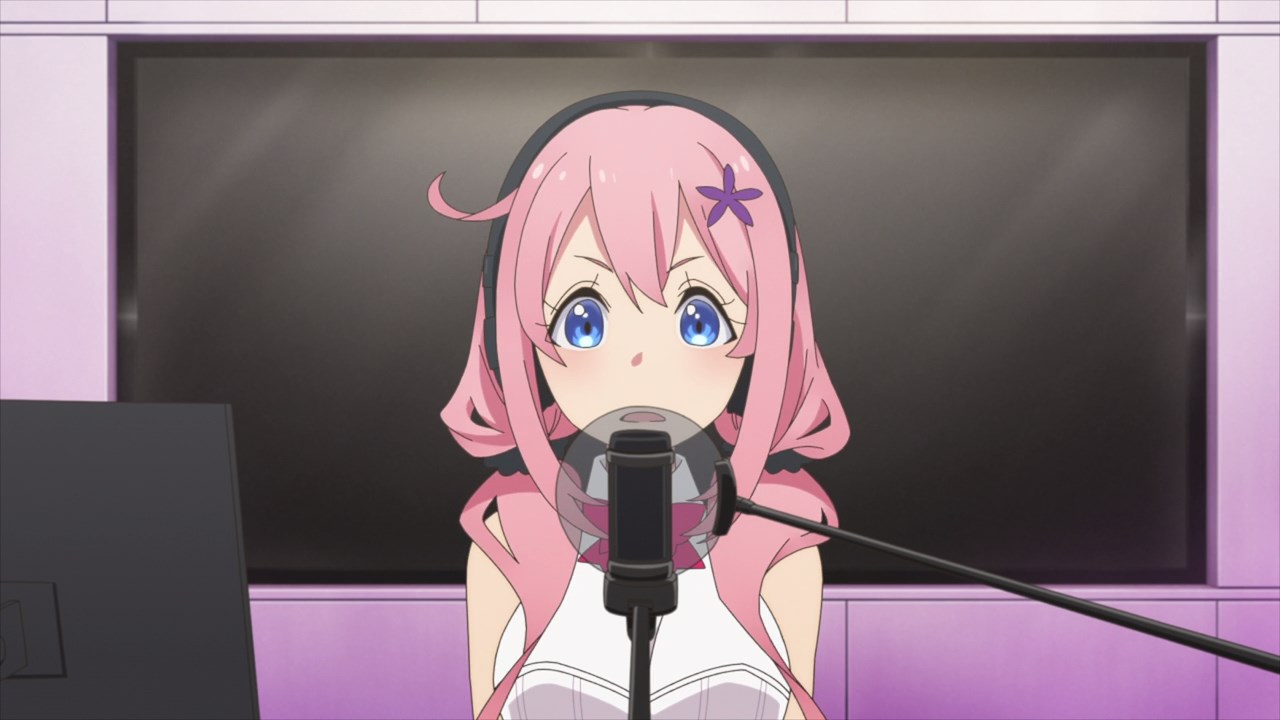 Anyways, it’s time for Ino Sakura and her friends to sing. Then again, they’re a bit nervous that it’ll take lots of retakes in order to get it right. 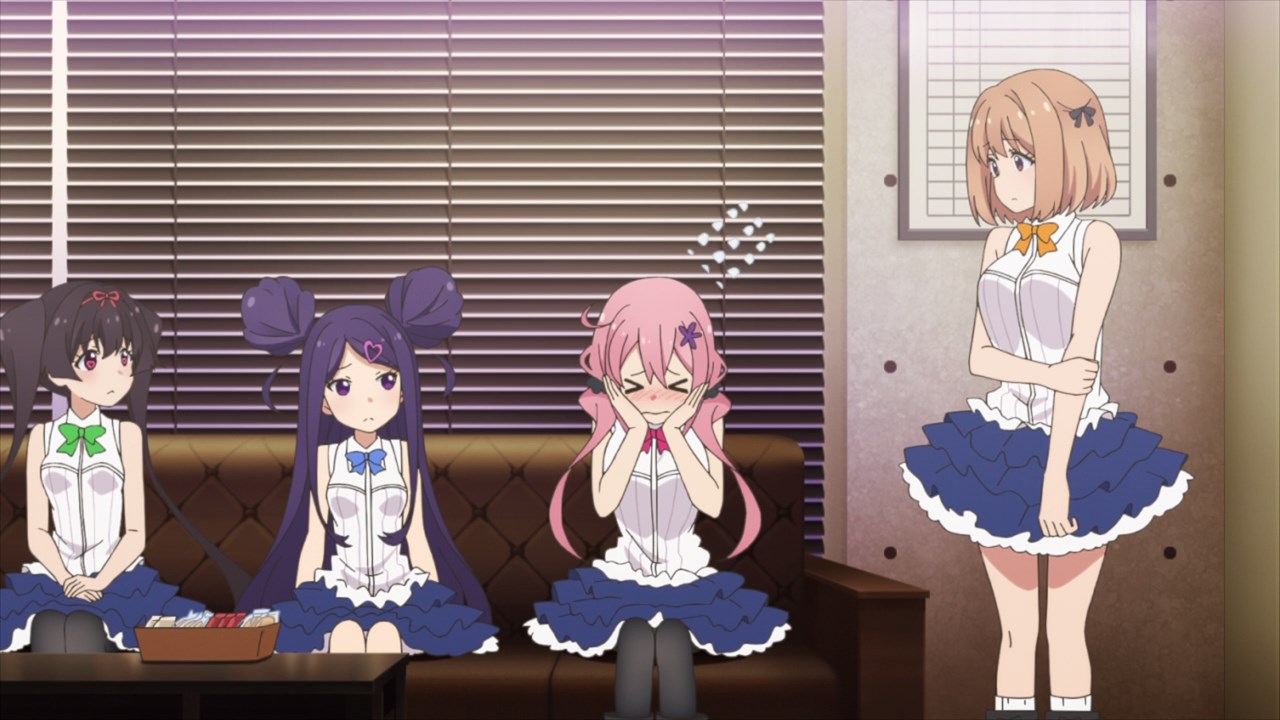 Speaking of Ino-chan, she’ll take so many trips to the bathroom in order to calm herself down and nail that perfect voice. On the other hand, where’s Nukui? 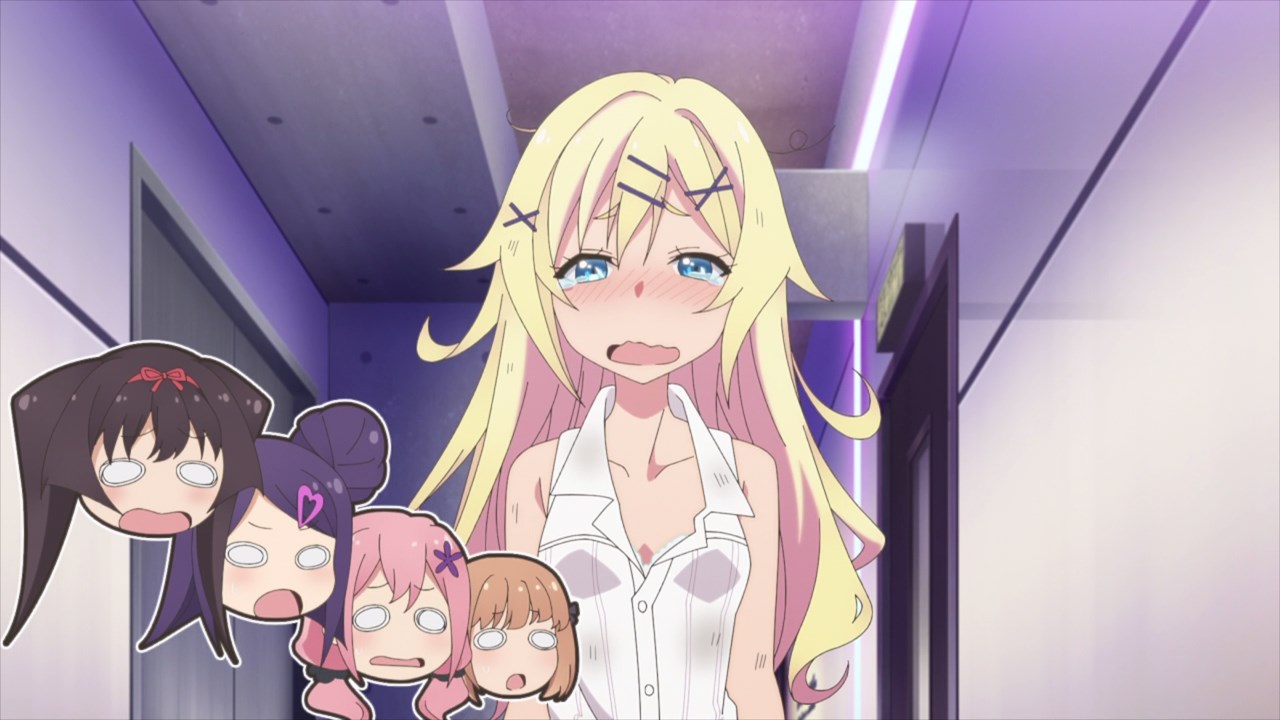 Oh, it looks like she went through hell at the sound booth. Well then, looks like Fruit Tart will have a long day at the recoding studio.

Unfortunately, that’s about it for this episode as I see you next time. Let’s hope that the finished product won’t suck!