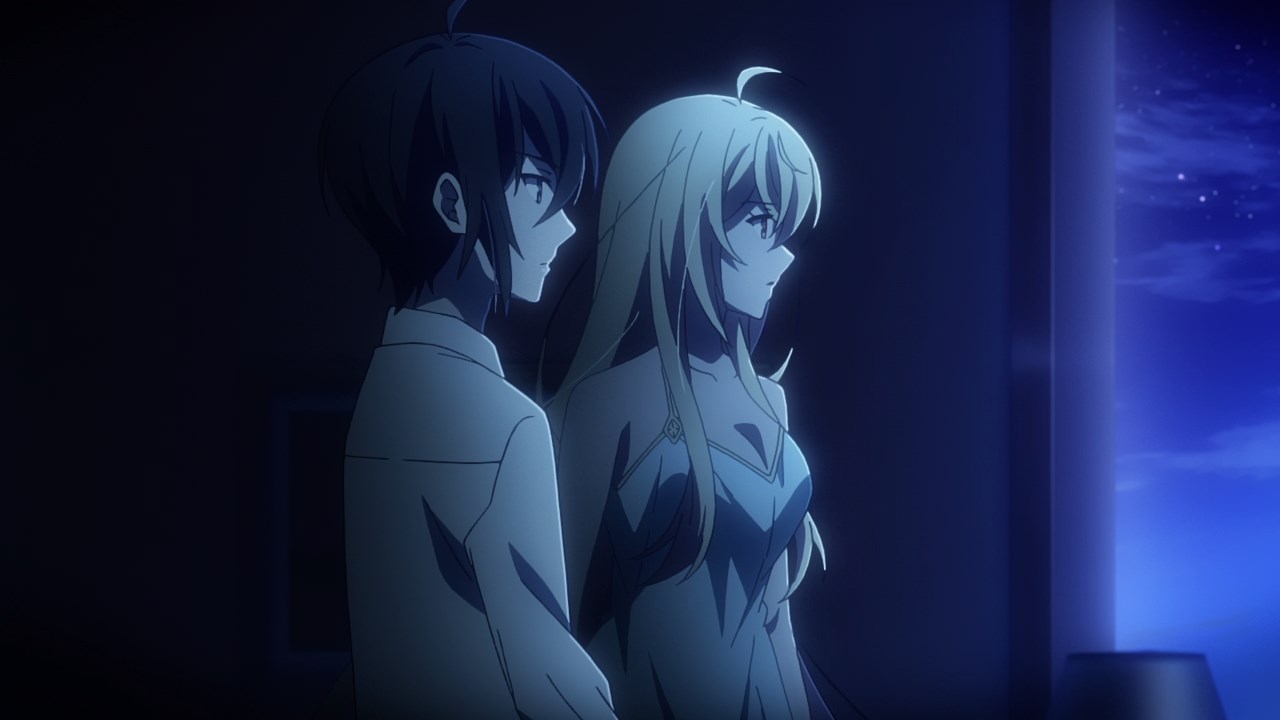 Well everyone, looks like Iska is still stuck inside the Sovereignty as he’s having a normal conversation with Aliceliese Lou Nebulis IX, all while being handcuffed because he’s a prisoner after all. 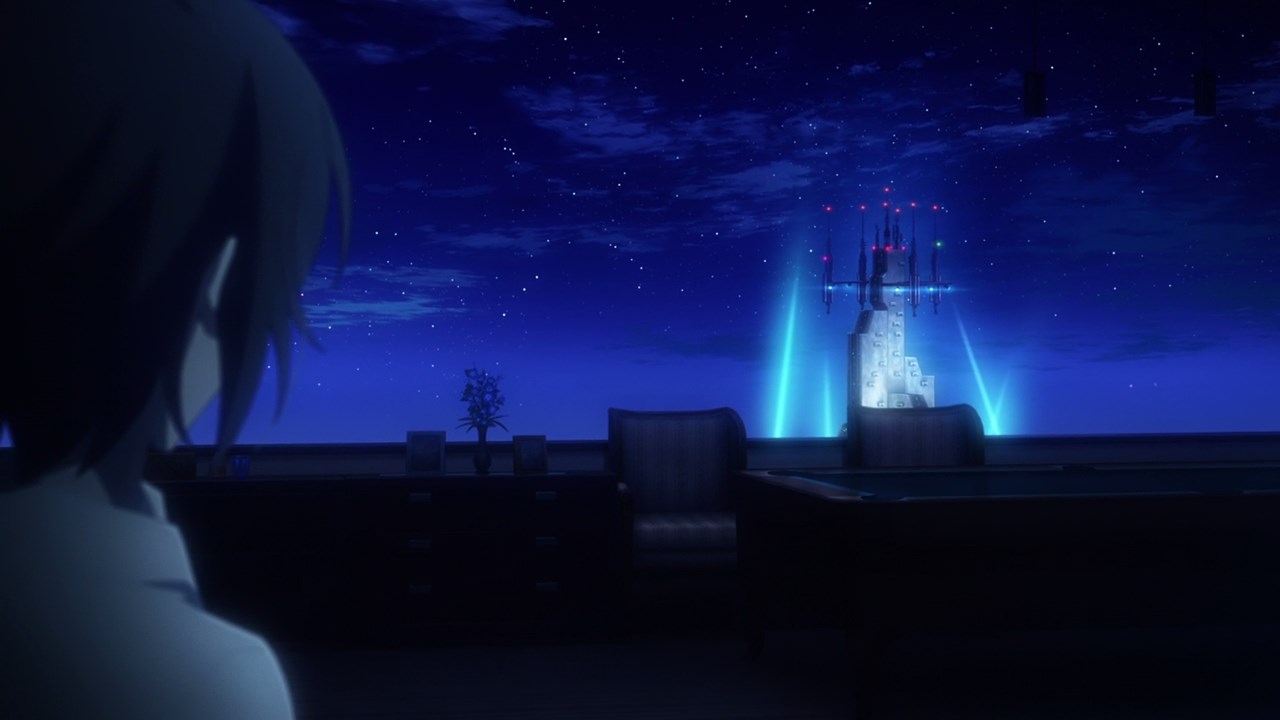 Oh yeah, Lady Alice showed Iska the Ollelugan Prison Tower where criminals are held there, including the dangerous ones like Salinger where they’re kept underground. 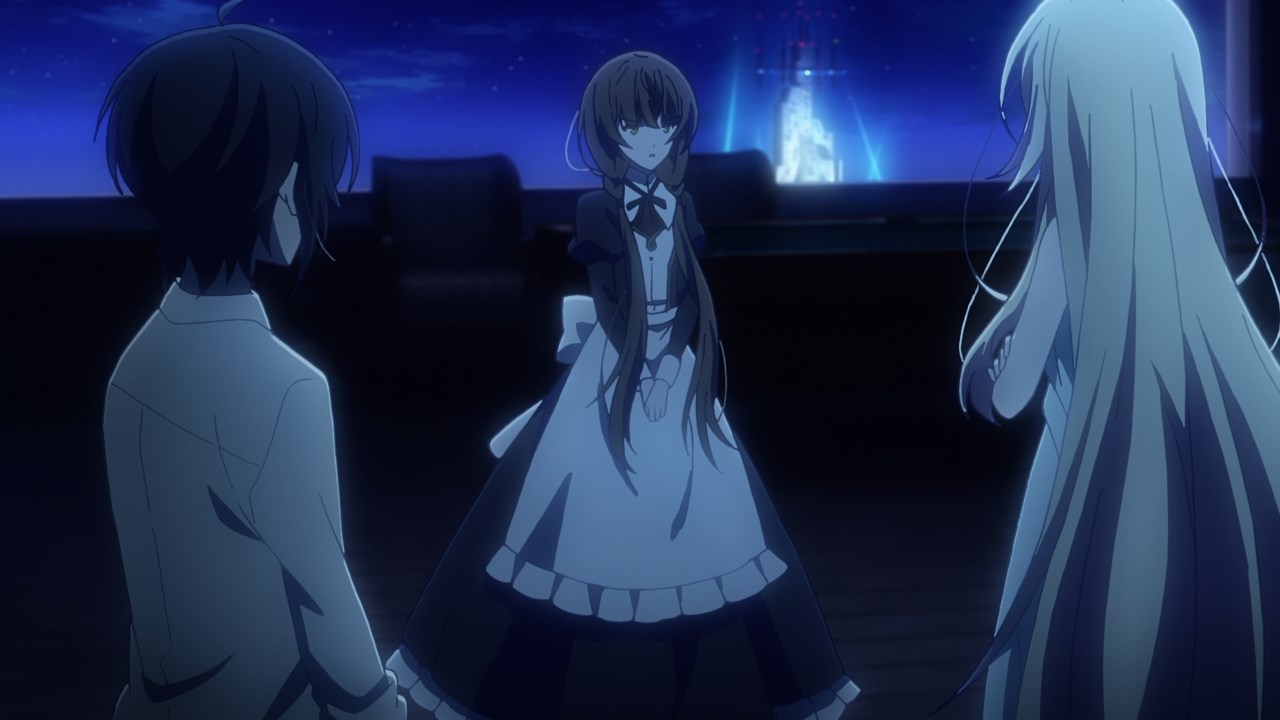 Unfortunately, it appears that the prison tower is in deep trouble as Rin Vispose informed the Ice Calamity Witch that someone broke out of prison, thus Lady Alice will have to stop the escapees as soon as possible.

Looks like Risya In Empire managed to break the Transcendent Demon free from his prison cell. Then again, Iska’s friends are still inside the prison tower, thinking that their comrade is kept there. 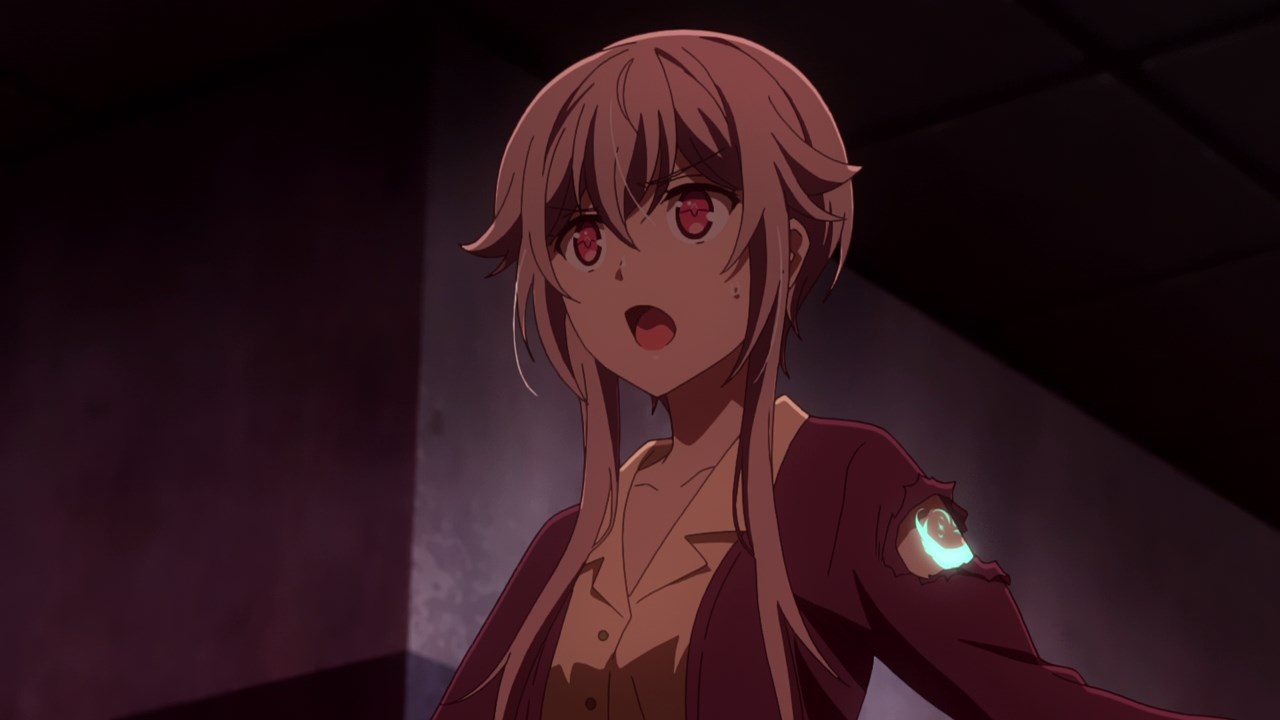 Now let’s move onto the Ollelugan Prison Tower where a prison break occured. Oh yeah, here’s Mismis Klass where she acts as the bait towards the prison guards. 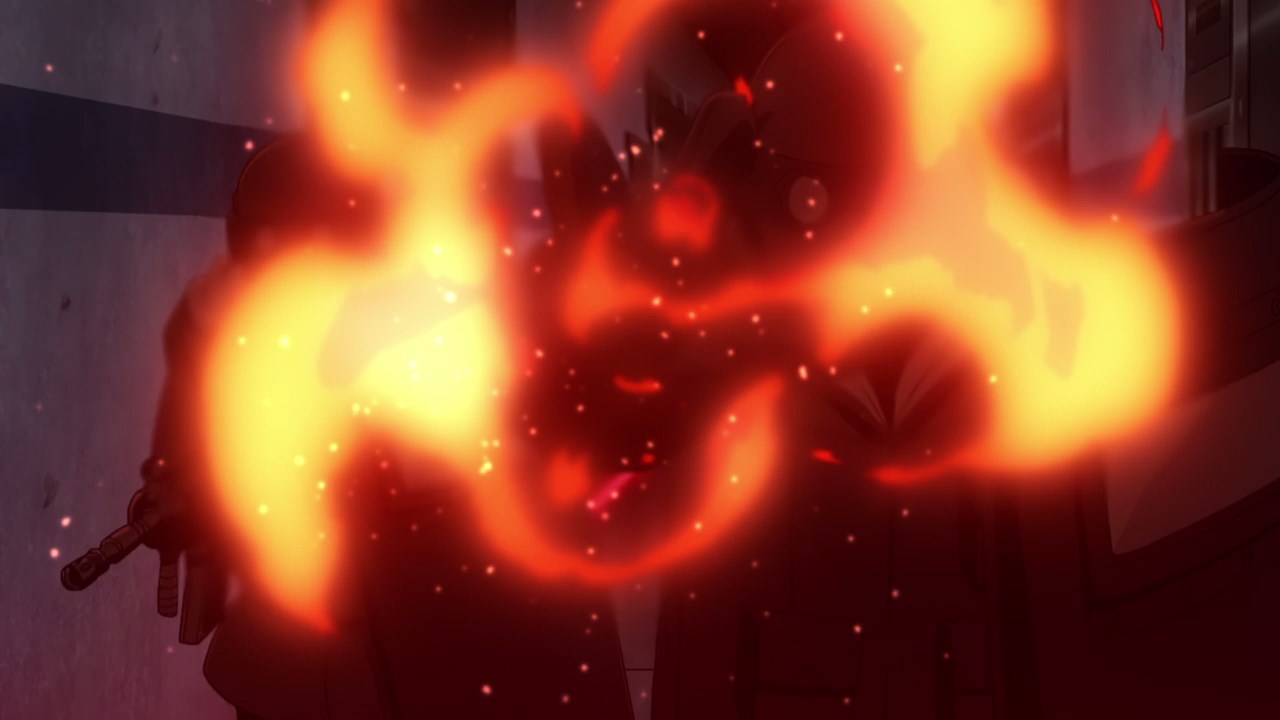 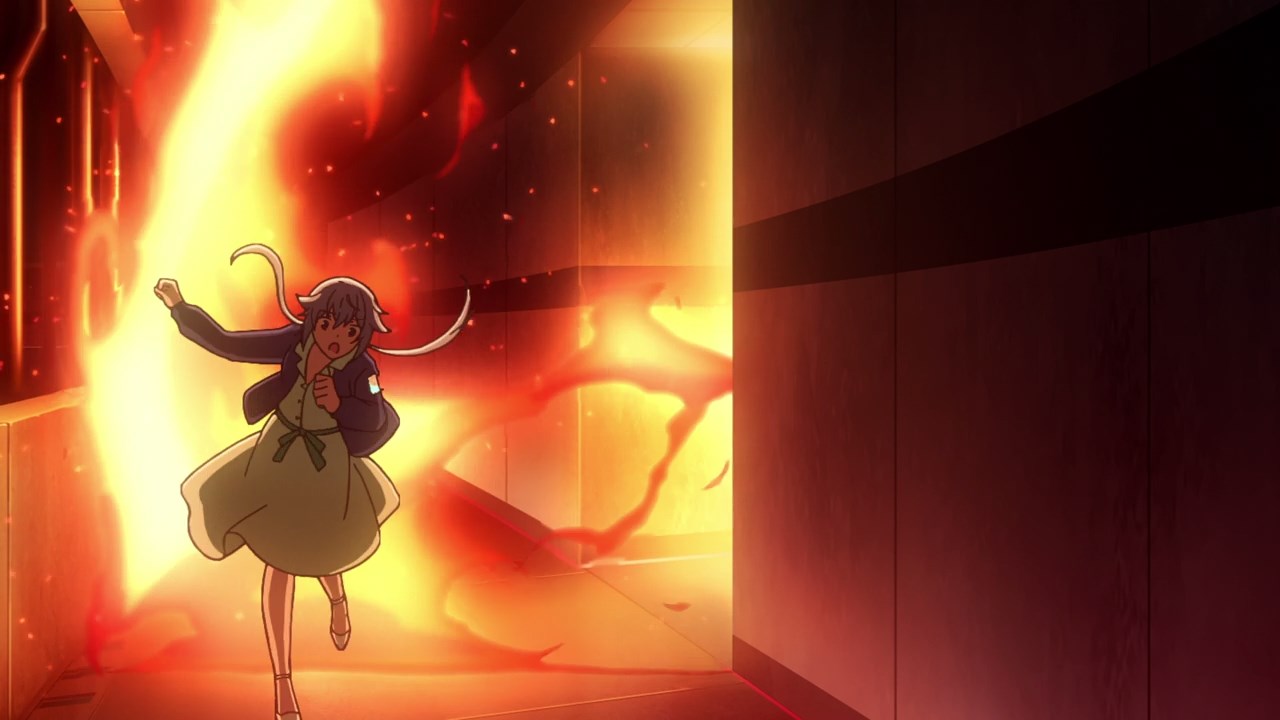 Of course, the prison guards can cast magic in addition to being equipped with rifles. Man, looks like Mismis is in trouble that I feel that she shouldn’t become the bait to the Sovereignty soldiers. 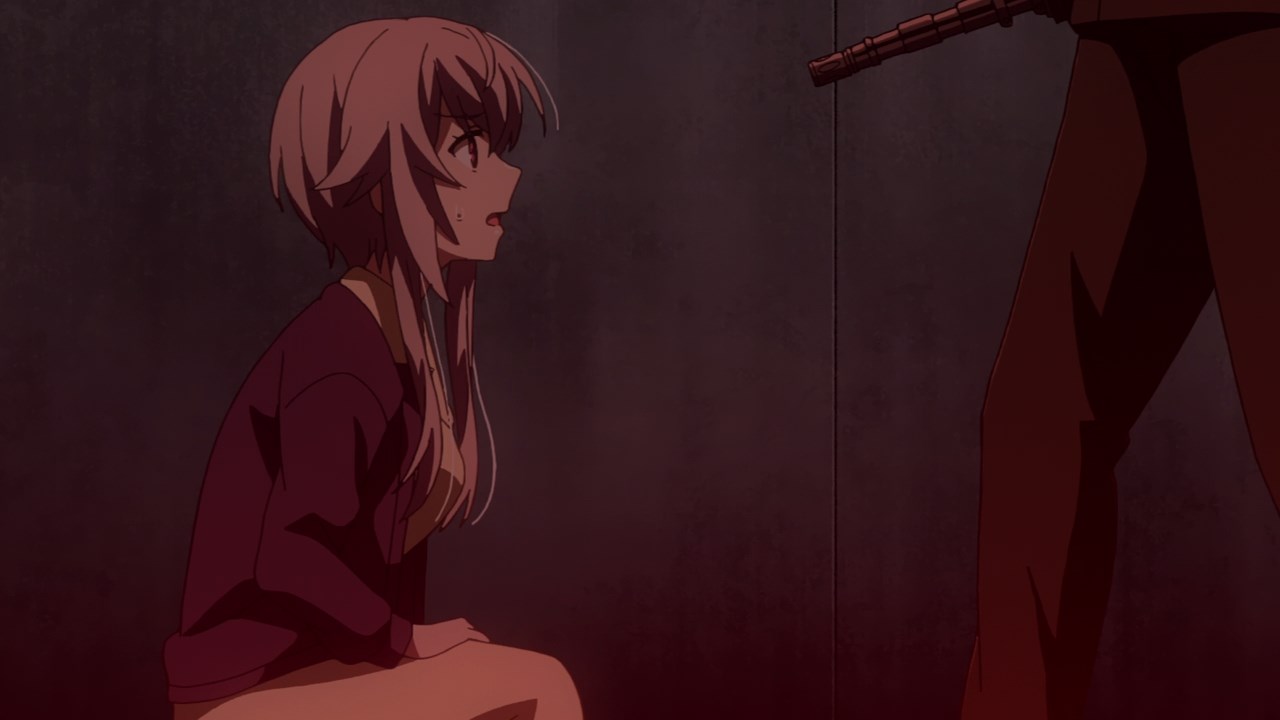 Anyways, looks like Mismis Klass is about to be killed by the prison guards. Honestly, I feel that Iska should come to her aid. 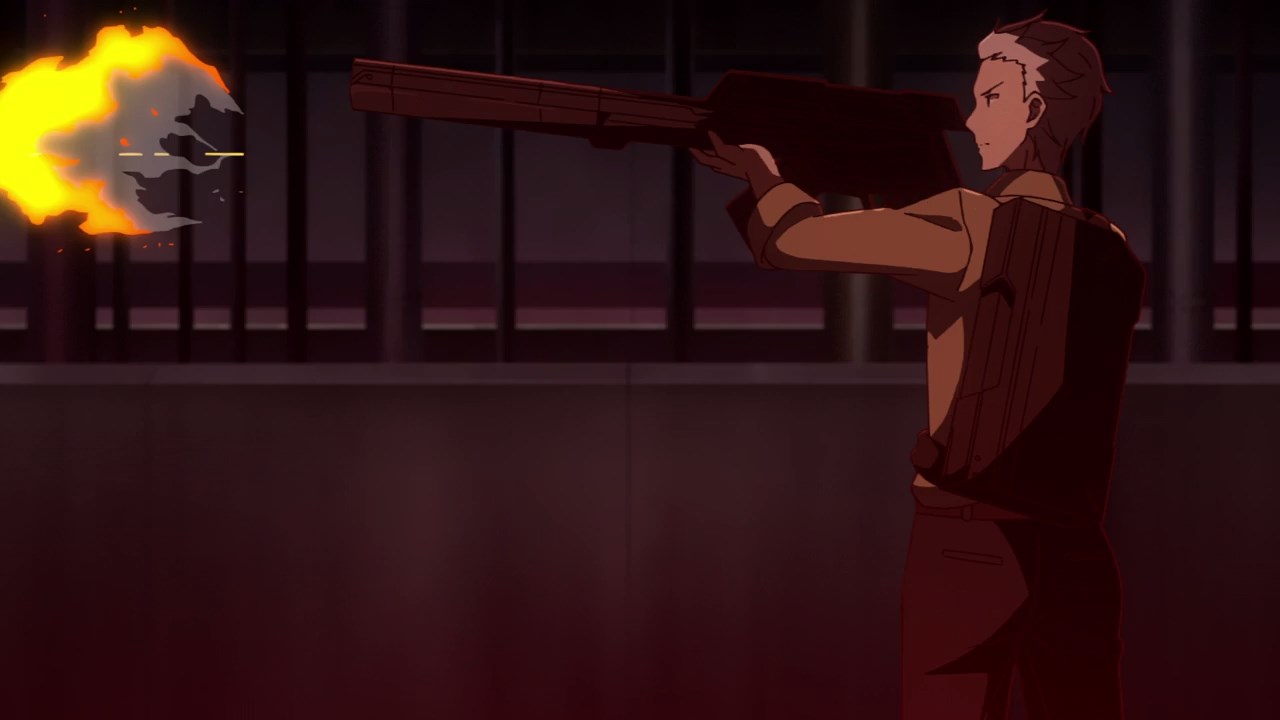 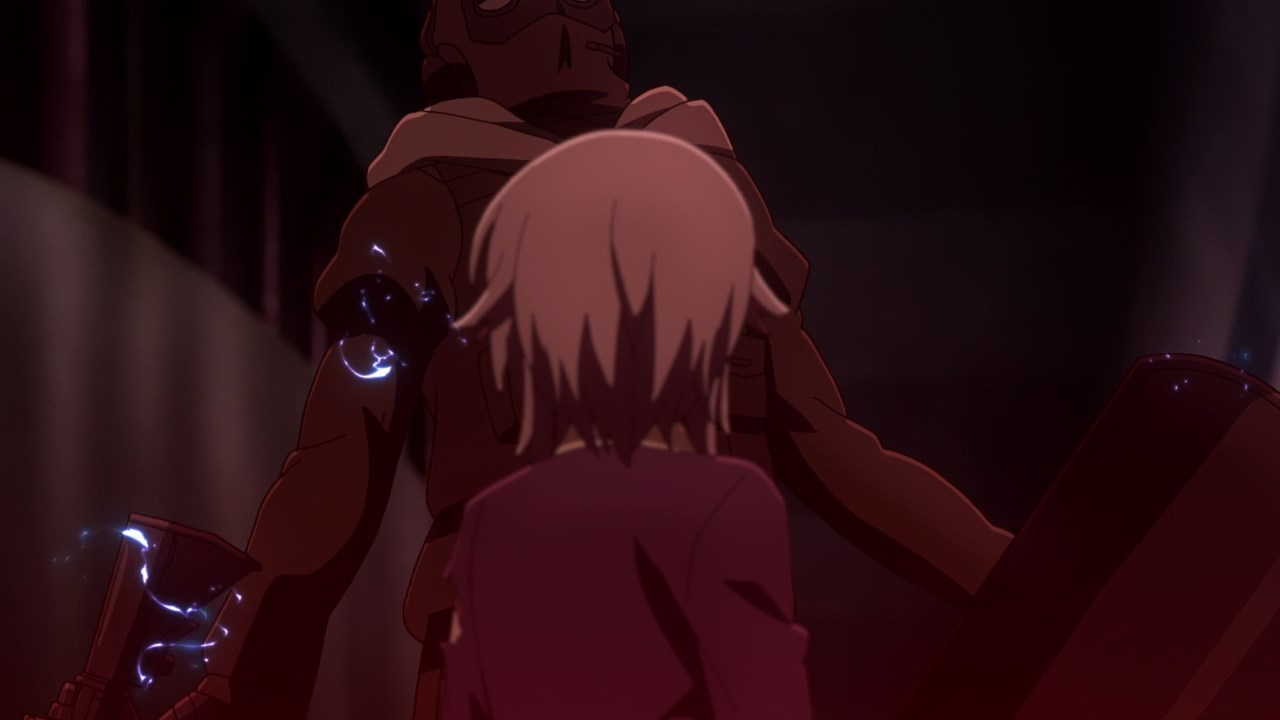 Fortunately, the captain got rescued when Jhin Syulargun stunned them. You know something, how come Jhin managed to smuggle a large gun inside the Nebulis Sovereignty? 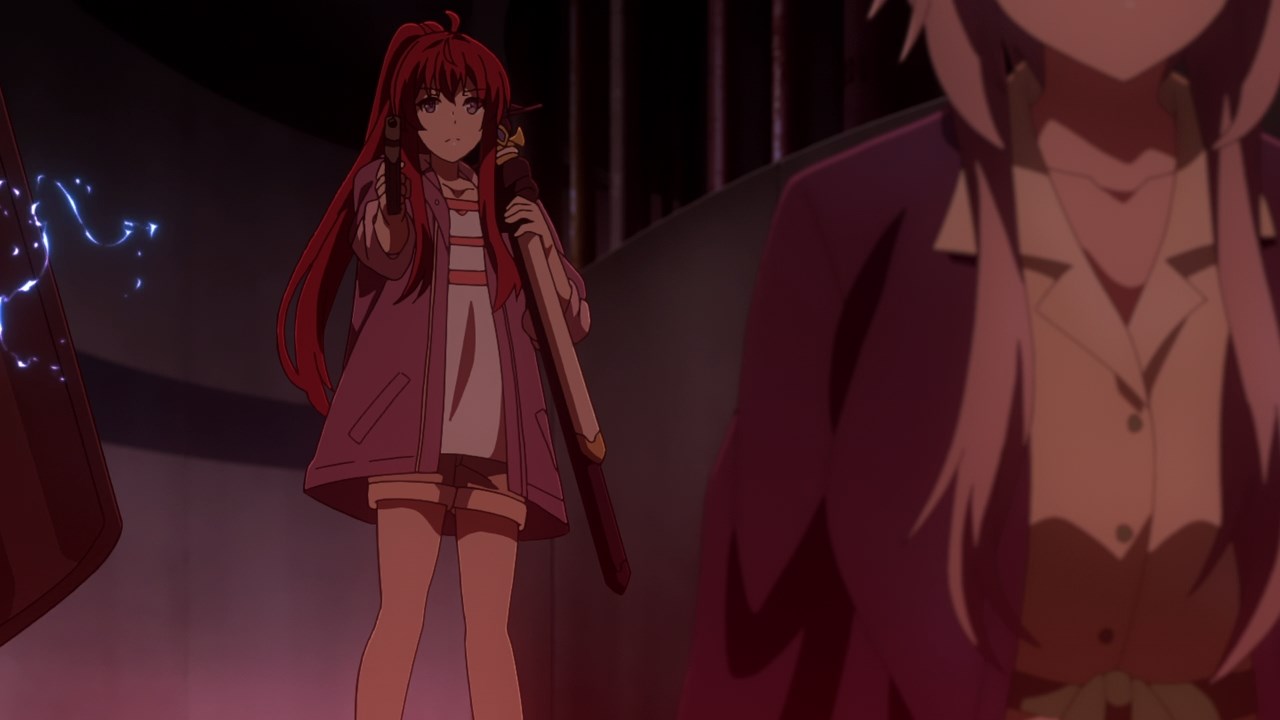 Oh yeah, and Nene Alkastone is here to help Mismis Klass out. Still, I think it’s time for them to get out of the prison tower as they’re wasting their time. 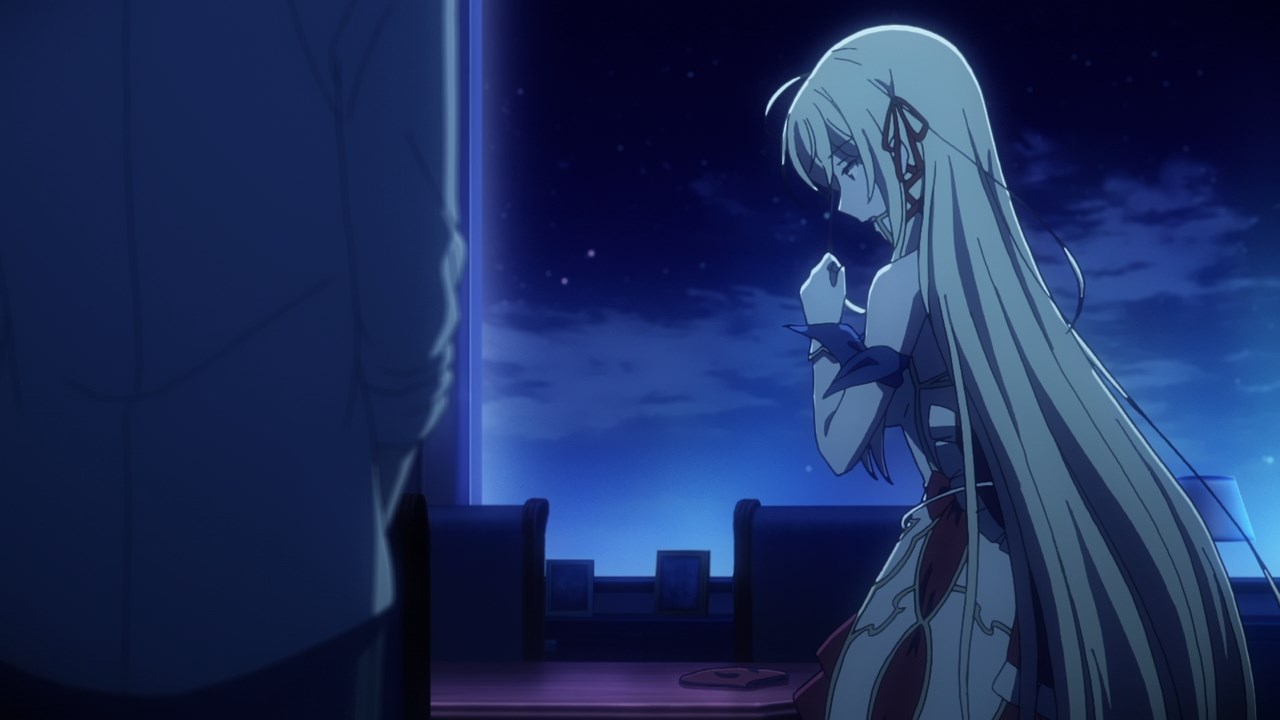 Now let’s return to the hotel where Iska is being held there as a prisoner, although the Successor of the Black Steel will be all alone as Rin and Lady Alice head towards the Ollelugan Prison Tower.

But before the Ice Calamity Witch head towards the prison tower, she decided to return the handkerchief to Iska. C’mon, she doesn’t have time to take it back to her owner since Lady Alice is busy with the Sovereignty’s internal affairs. 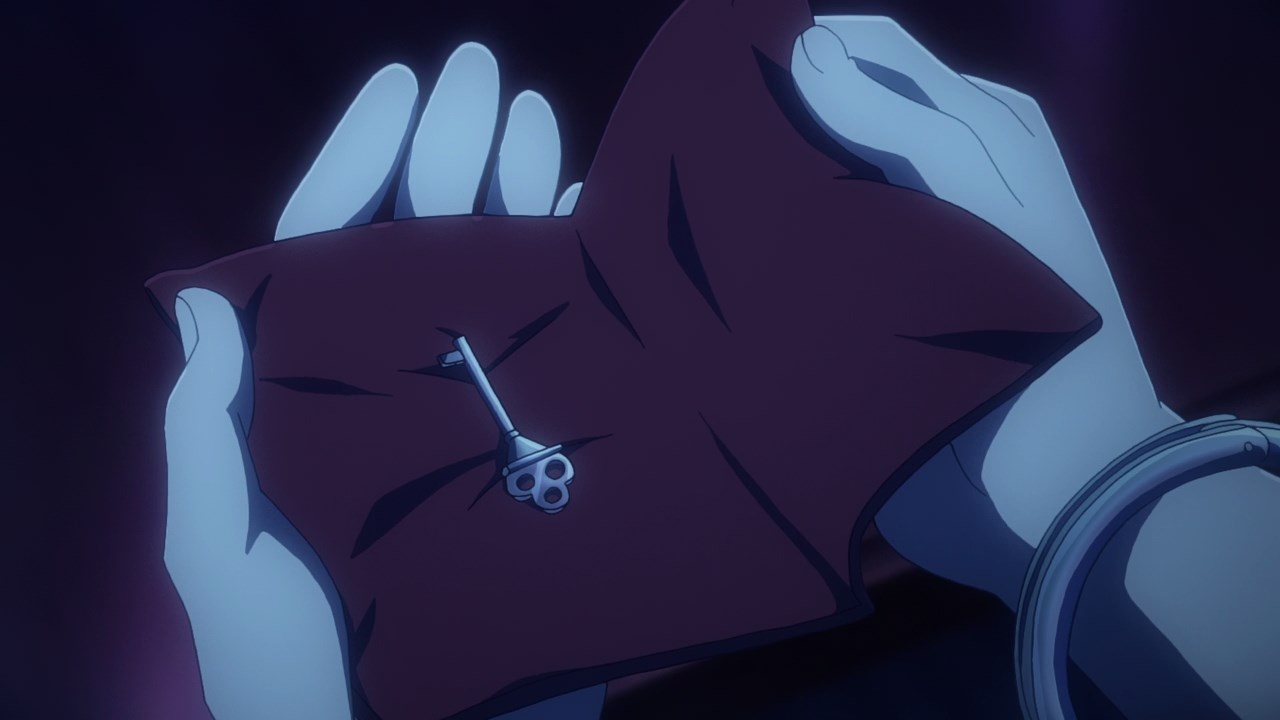 Oh yeah, turns out that there’s a key inside the handkerchief. Wait, don’t tell me that Aliceliese Lou Nebulis IX is trying to set Iska free? Boy, looks like Rin Vispose will be very upset towards Lady Alice. 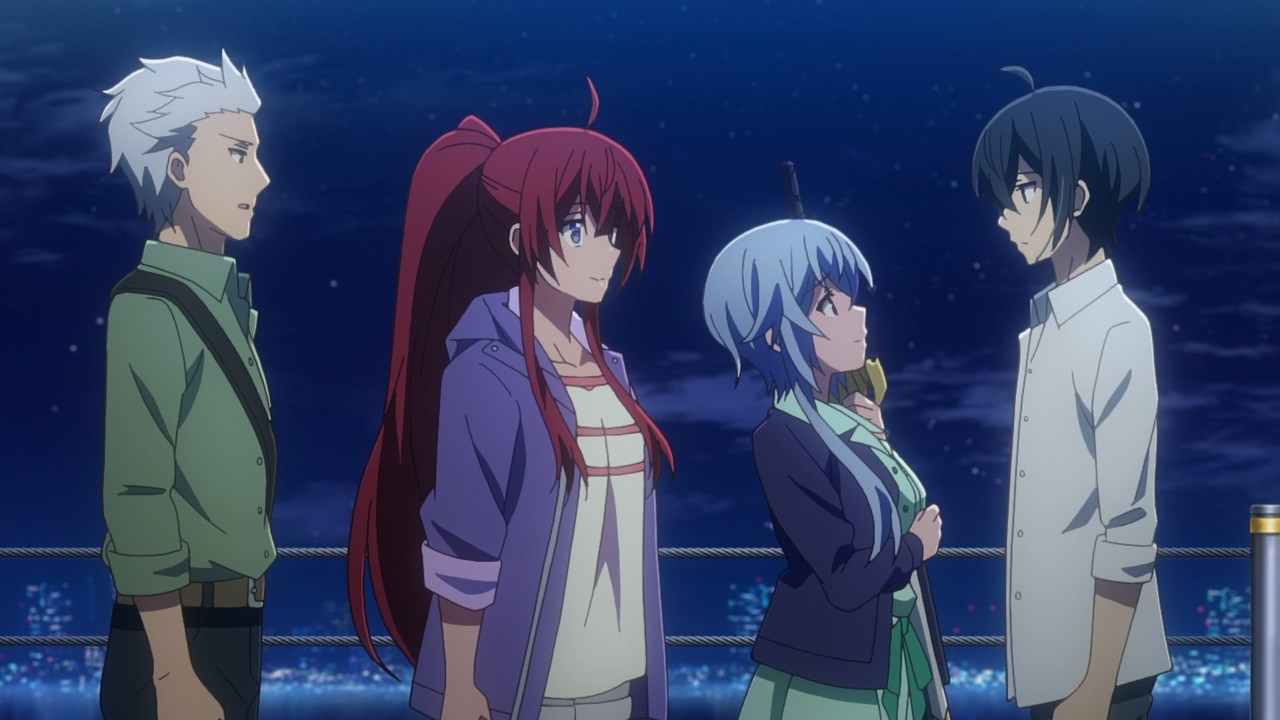 Anyways, Iska got out of the hotel where he finally met his teammates. Unfortunately, their reunion will be short-lived the Saint Disciple told them to get out as he decided to stay inside the Sovereignty because Iska sensed something bad. 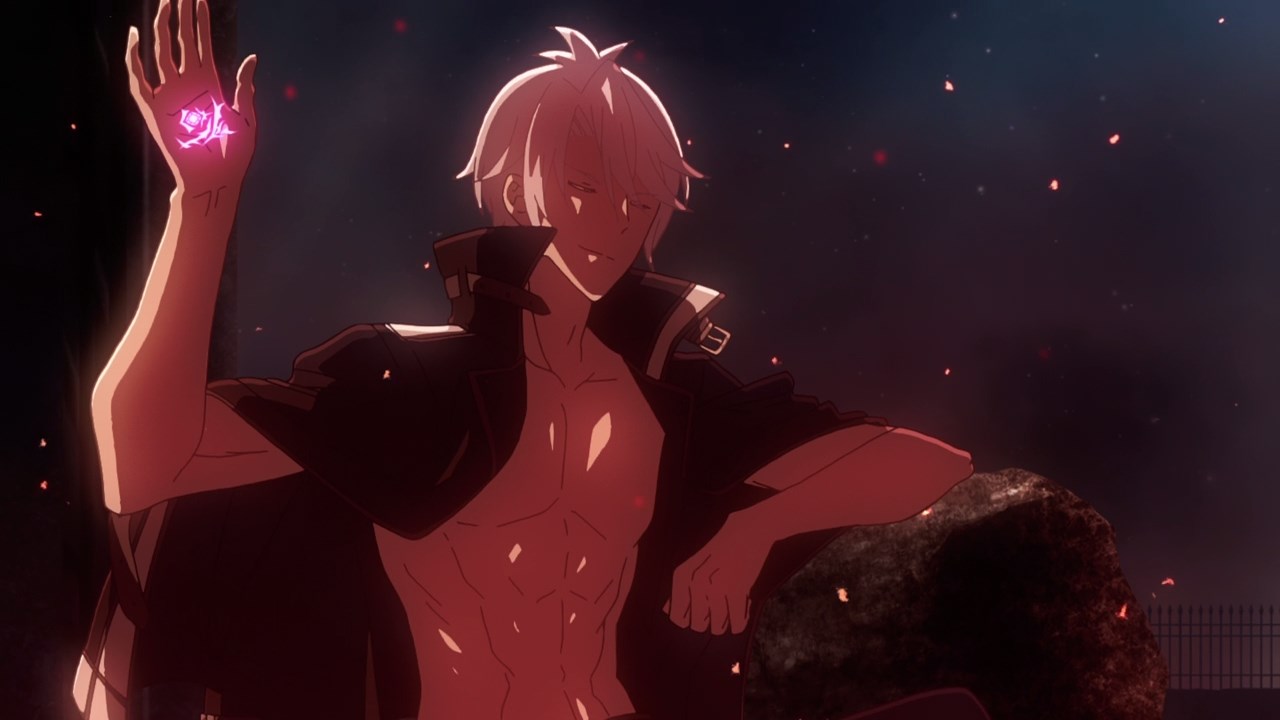 You see, he might have to deal with Salinger the Transcendent Demon where he’s actually pretty dangerous as Salinger steals astral spirits in order to make himself even more powerful. Hence, Salinger was imprisoned because of it.

But now that Salinger is freed from his prison cell thanks to Risya’s help, there’s no stopping him from getting Queen Millavair’s astral spirit. 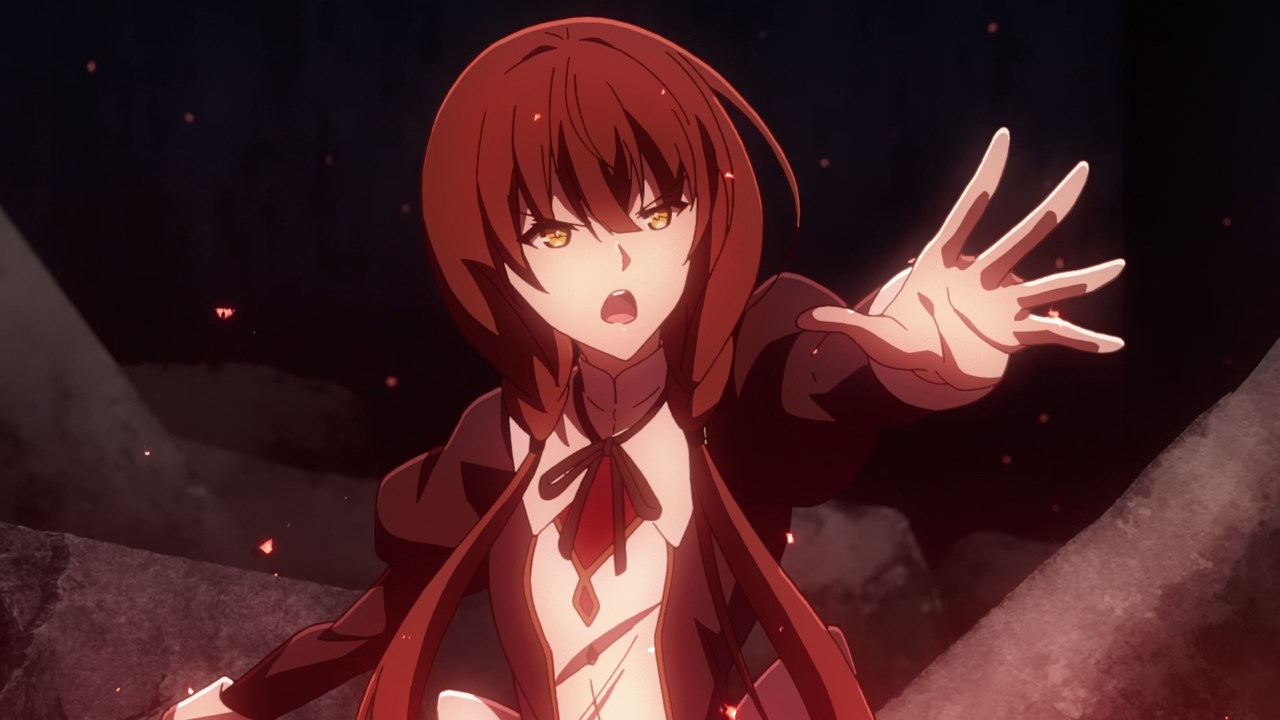 Of course, Rin Vispose won’t let him roam freely as she’s gonna stop Salinger with her own hands… 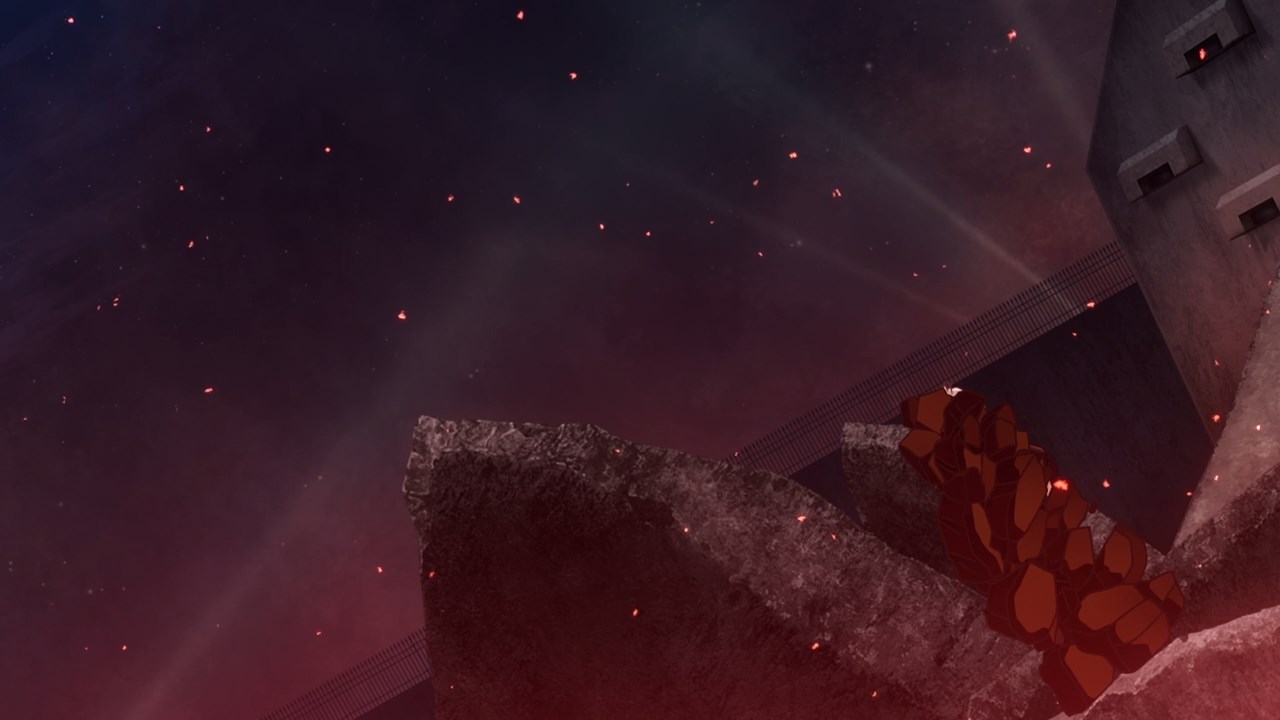 …by enclosing the Transcendent Demon with rocks. Then again, it’s not enough to beat Salinger because he has various astral spirits at hand. 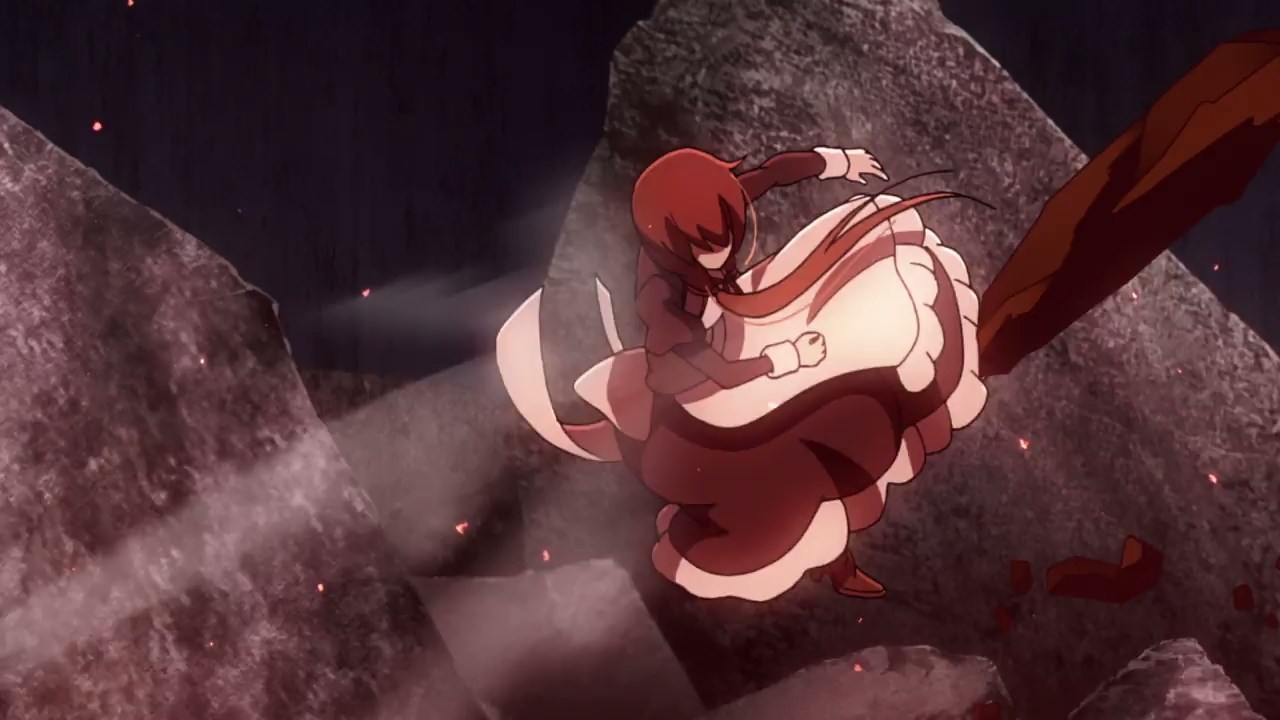 Anyways, looks like Lady Alice’s trusty maid is gonna get killed by Salinger. And since Lady Alice is busy quelling the prisoners, she might be too little too late to save Rin. 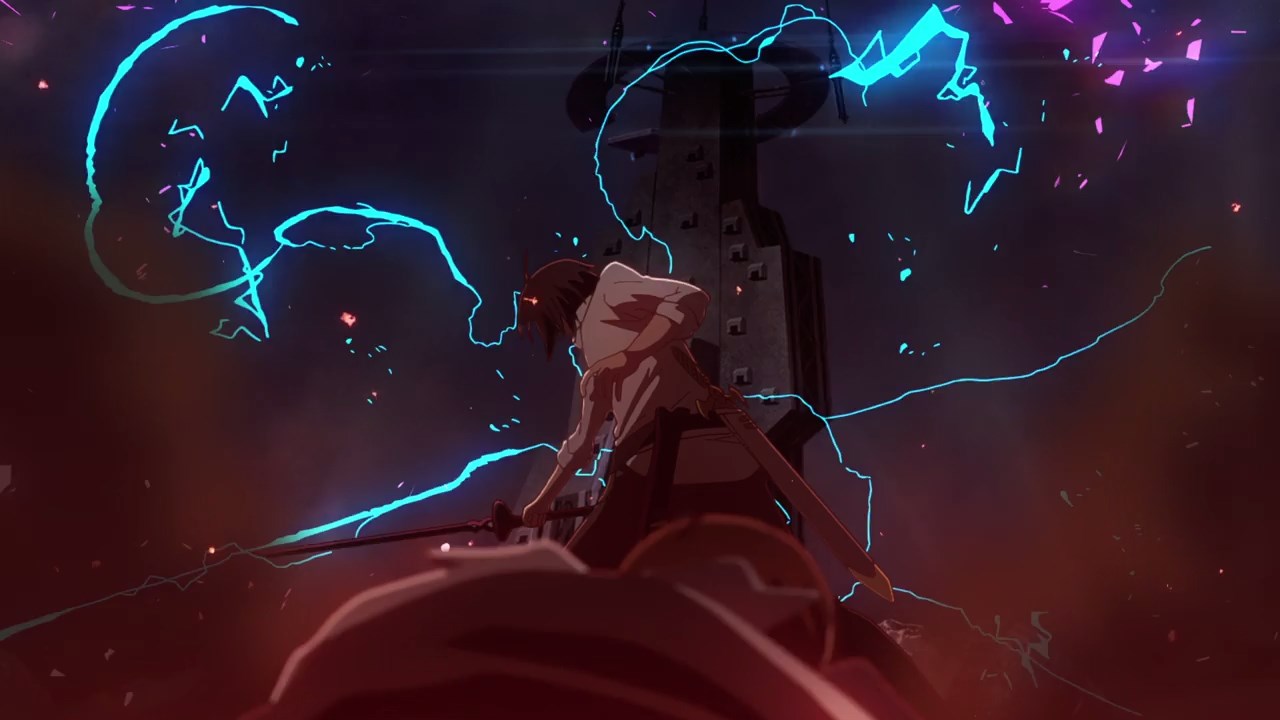 Well, that’s until a certain Successor of the Black Steel appeared to rescue Rin Vispose as Iska got his astral swords back and he’s gonna take on the Transcendent Demon. 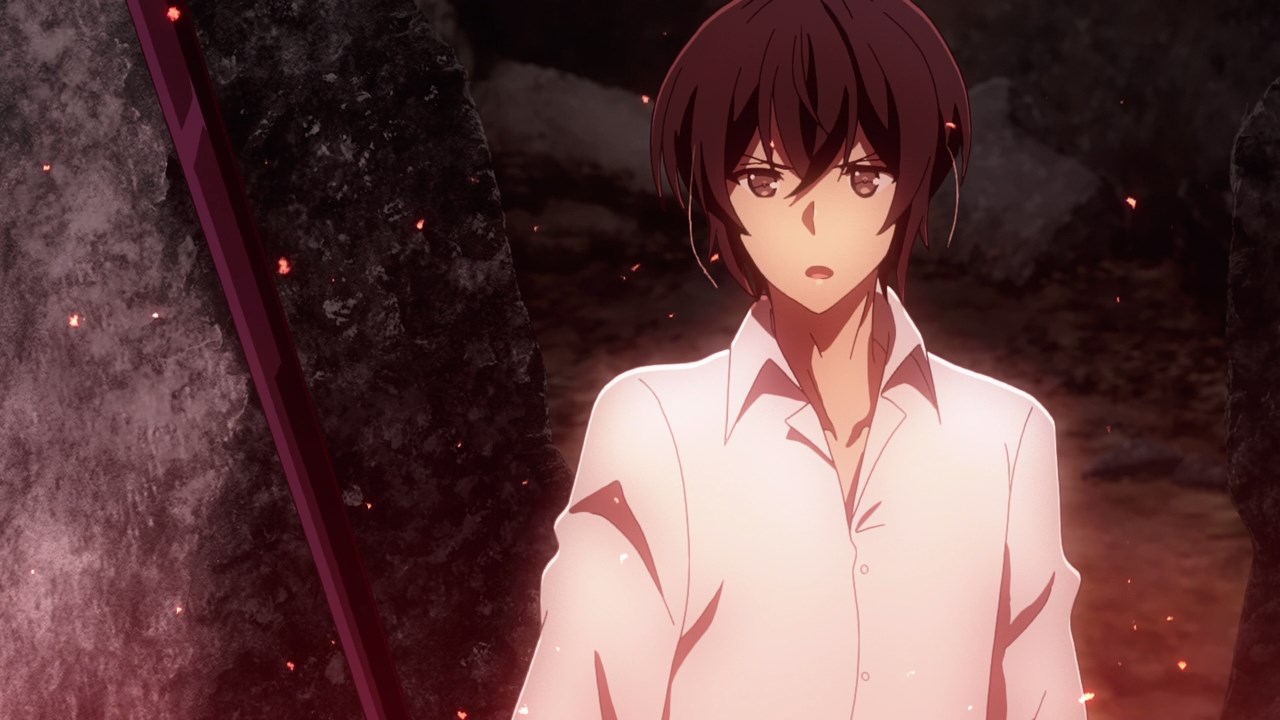 Now, the only thing that worries me is that even though Iska can hold a candle against Aliceliese Lou Nebulis IX, he might not beat Salinger by himself since the Transcendent Demon has so many astral spirits inside his body.

But in any case, I’ll find out next time as Iska will take on Salinger!